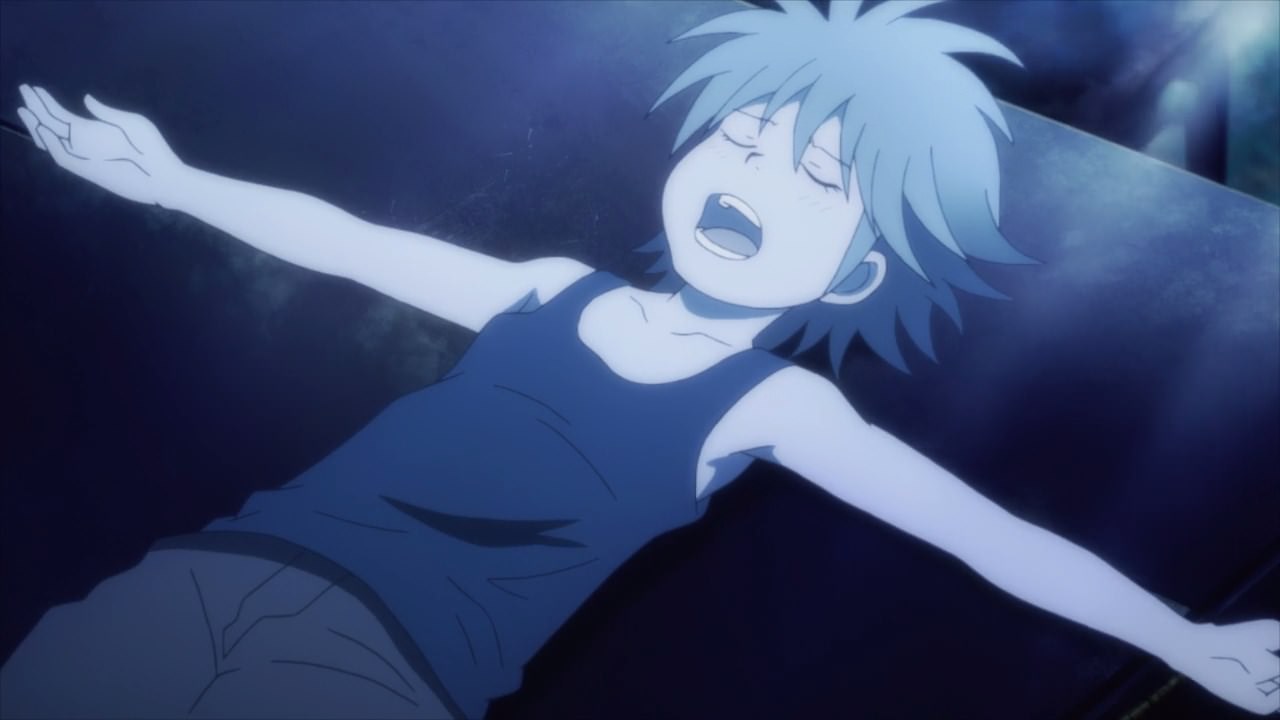 This is Kai Ichinose who is in a state of deep thought after accepting Shuhei Amamiya’s challenge.

He can’t afford to back out now since it might risk of his friendship with Shuhei-kun, so the only thing that Kai needs to do is to ask some help… 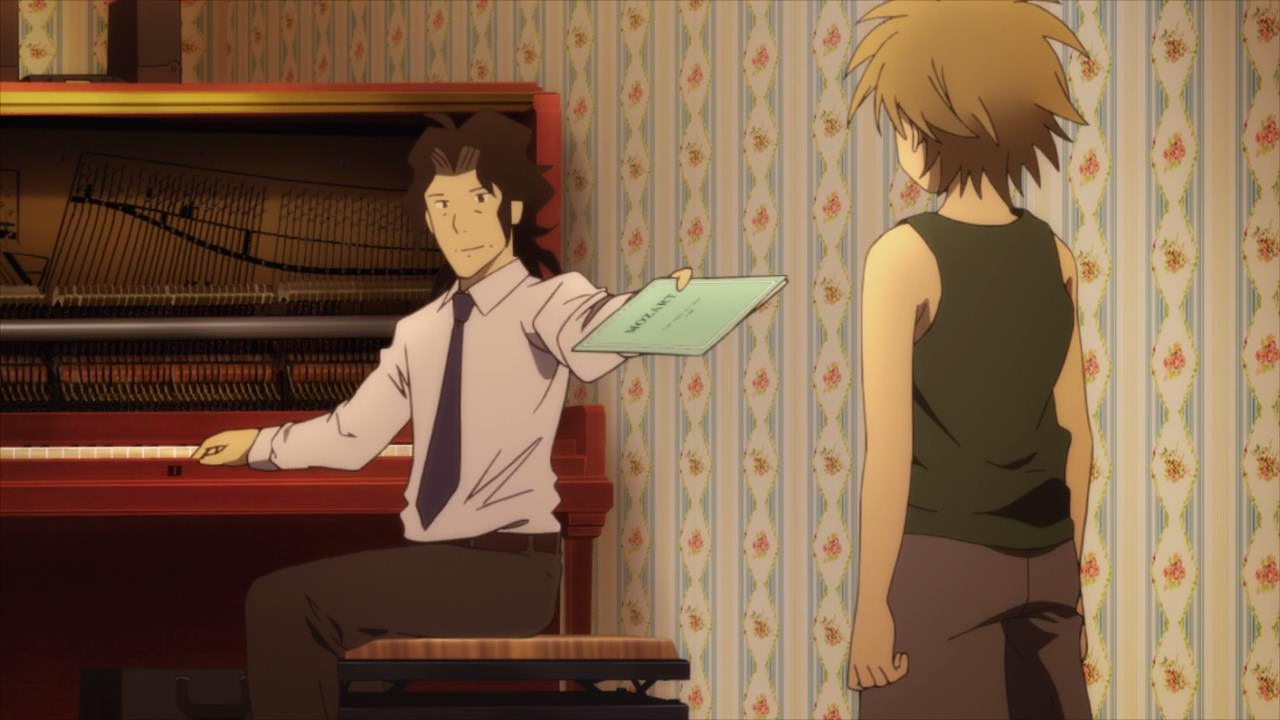 Luckily, there’s Sousuke Ajino as he gave Kai-kun a sheet music of Mozart’s Sonata No. 2, K. 280, which will be used during the competition.

Anyways, this music piece is special because Ajino-sensei played it during his prime. 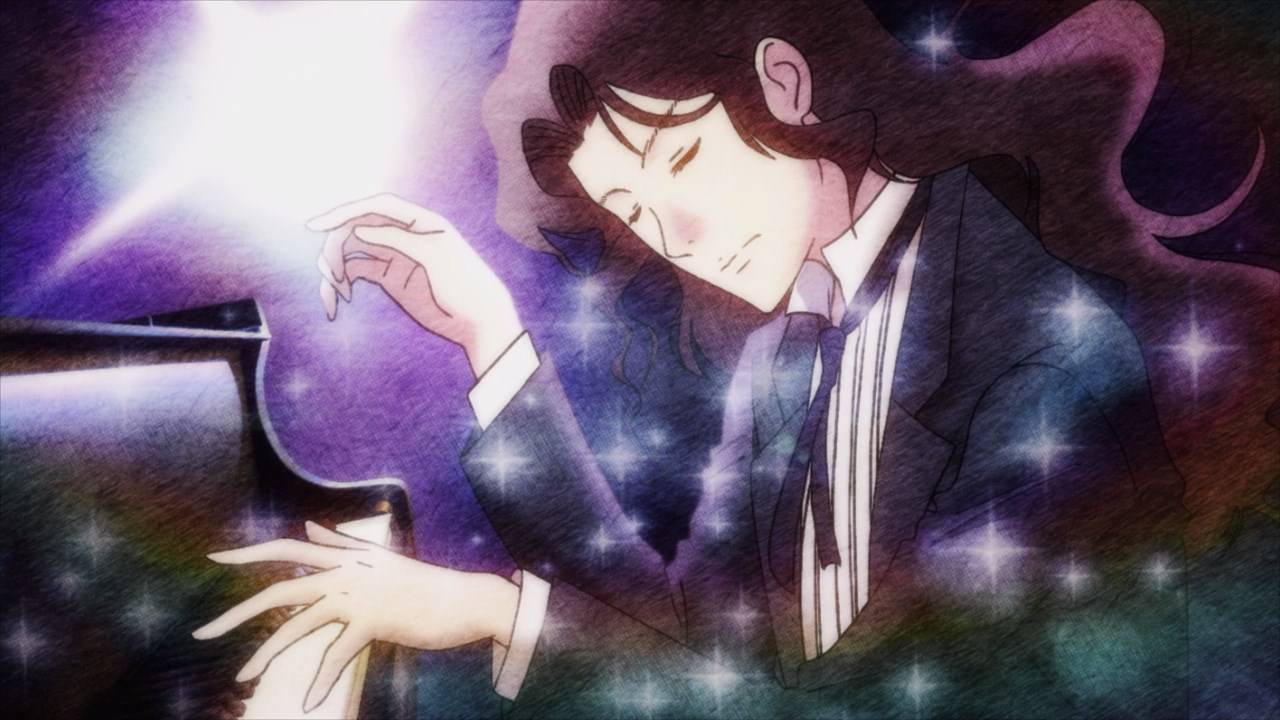 In fact, Ajino-sensei’s version is quite special that it sends Ichinose shivers down to his spine. Also, there’s a story to this music piece as before Wolfgang Amadeus Mozart passed away, he wants to send his final music piece to the boy living in the forest 200 years from now.

In any case, Sousuke Ajino wants Kai Ichinose to find his own version of Mozart’s K. 280. Easier said than done since Kai-kun mimics someone just by listening to their music alone. 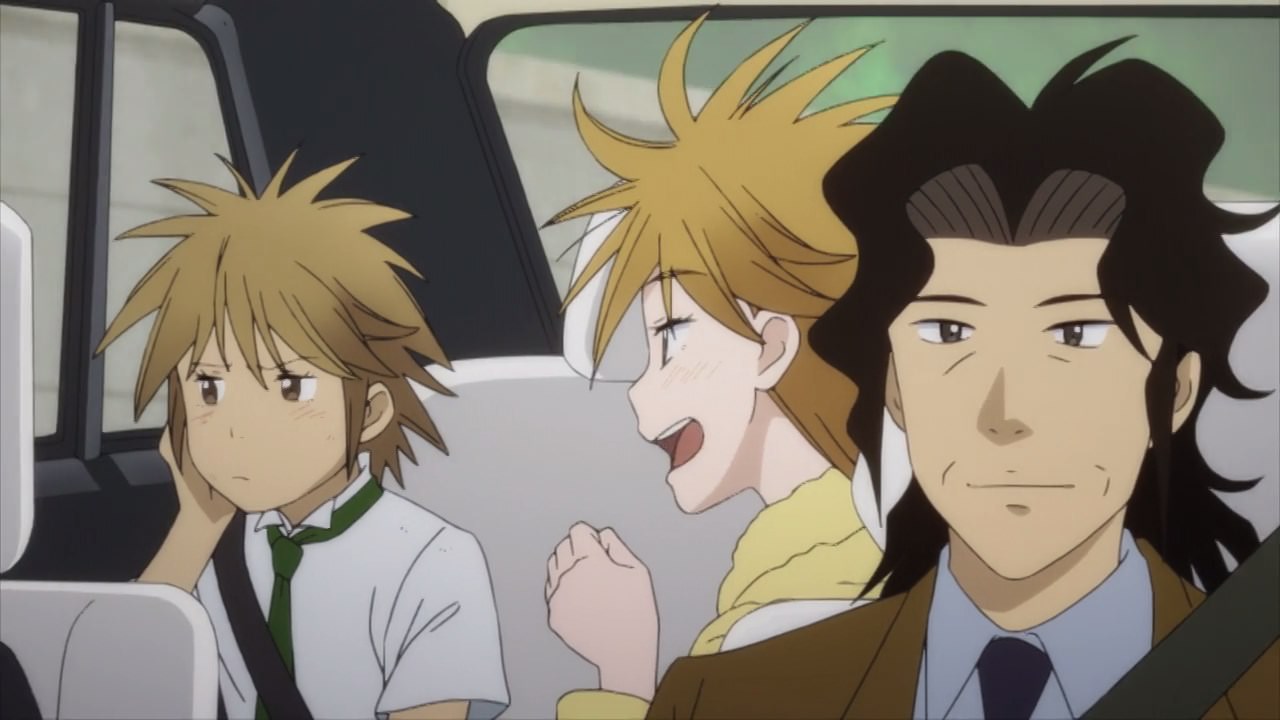 Now then, let’s move onto the next scene where it’s the day of the competition. So while Sousuke Ajino went to the red-light district to pick Kai Ichinose up, his mother Reiko Ichinose join too and she’s proud that her son is going to a piano competition.

On the other hand, seems that Kai’s formal wear got stained after picking up a fight with the landlady. However, Rei-chan has a solution to that… 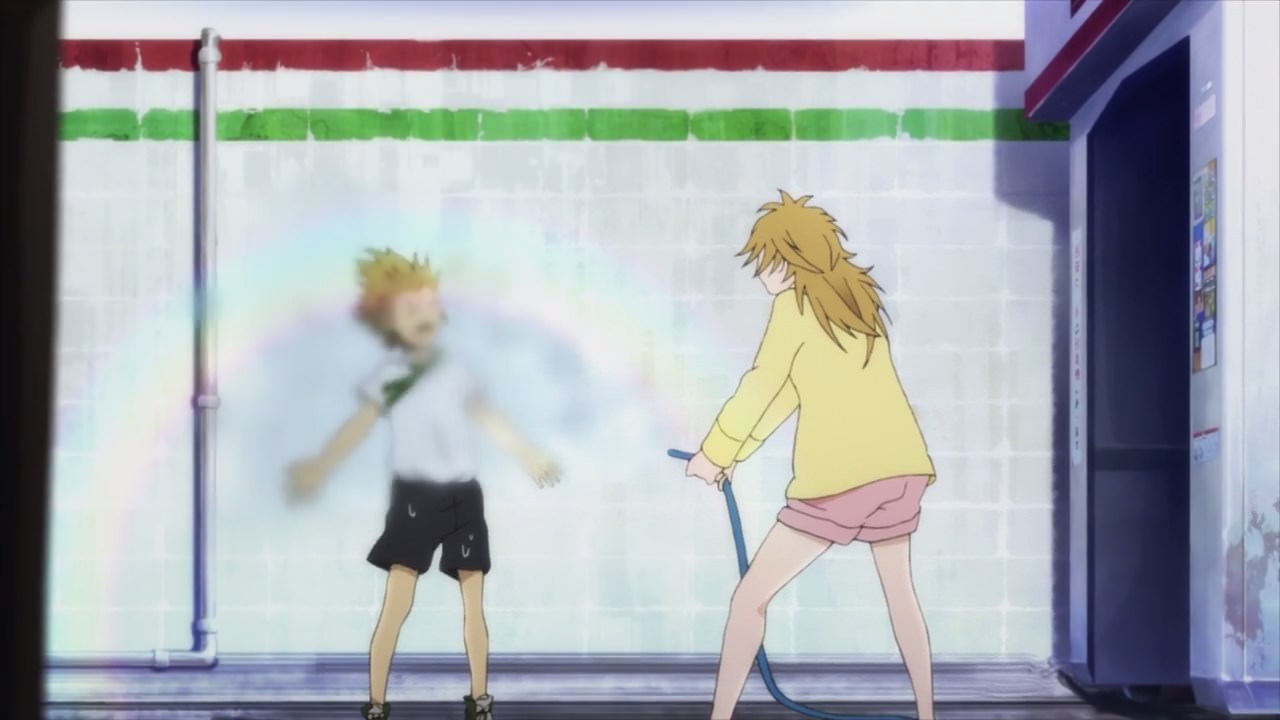 …by spraying Kai’s clothes with water. Um Rei-chan, your son might get a cold if you do that.

Oh well, at least his clothes will dry out since it’s hot outside! 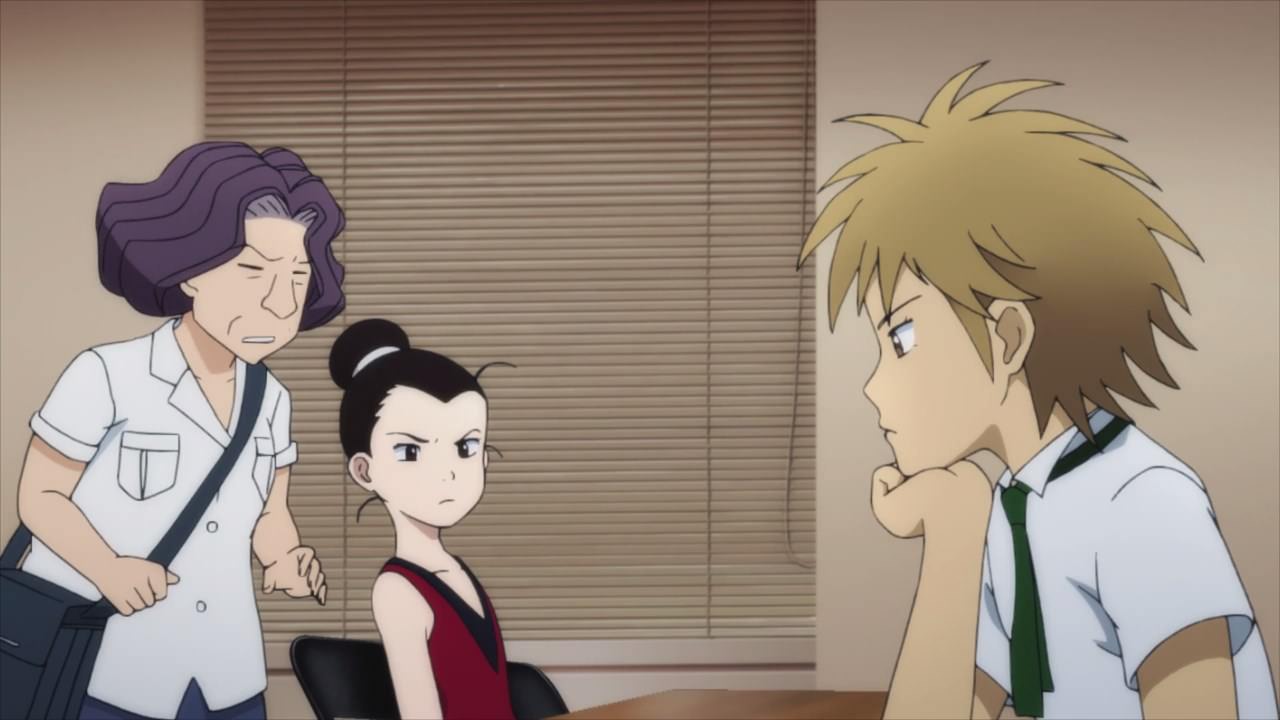 Now that, Kai Ichinose managed to get into the music hall a bit early, but he’s a bit nervous since he couldn’t find a way to play his own version of Mozart’s K. 280.

Well, I have to say that he’s very blunt towards Maruyama. Of course, Kai-kun will need to find his own Mozart’s K. 280 before engaging in some petty conversations. I mean, the only way to find it is to confront his enemy, which turned out to be himself. 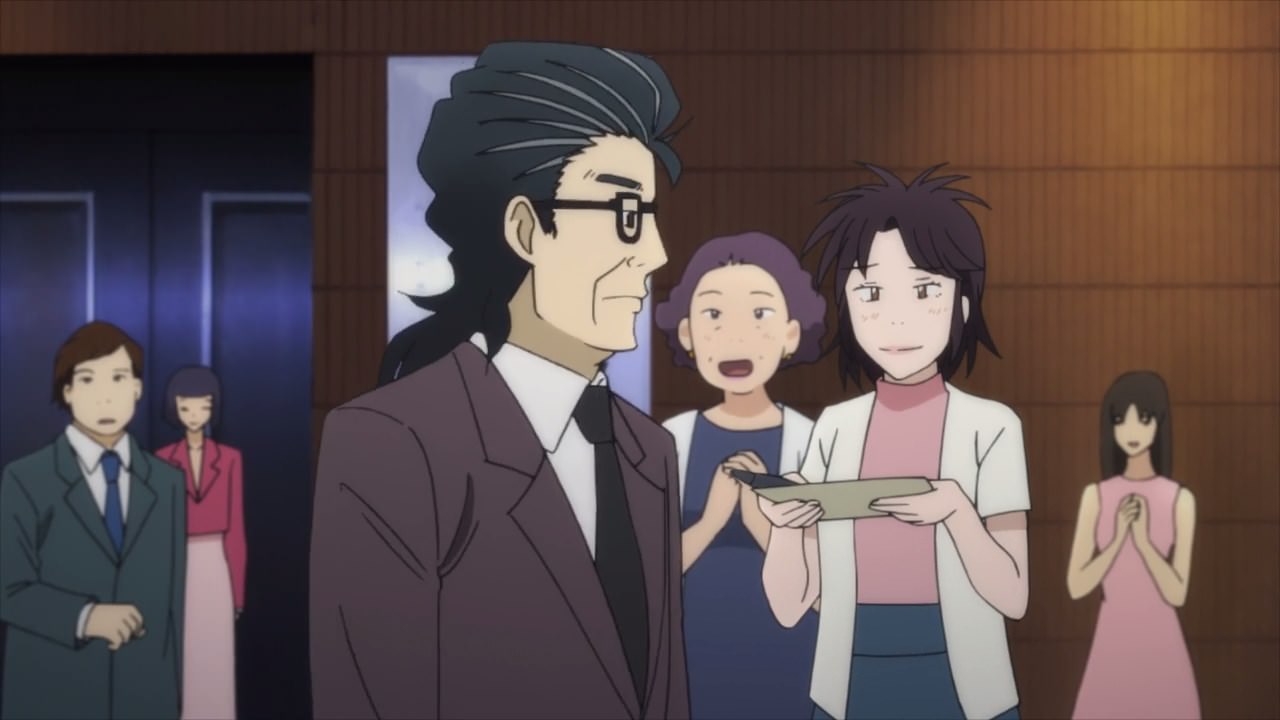 Meanwhile, looks like we have a special guest as Shuhei’s father Yoichiro Amamiya is here to see his son.

Oh yeah, Yoichiro Amamiya is another famous pianist and I have to say that he’s somewhat of a rival to Sousuke Ajino before his career ended with a car accident. 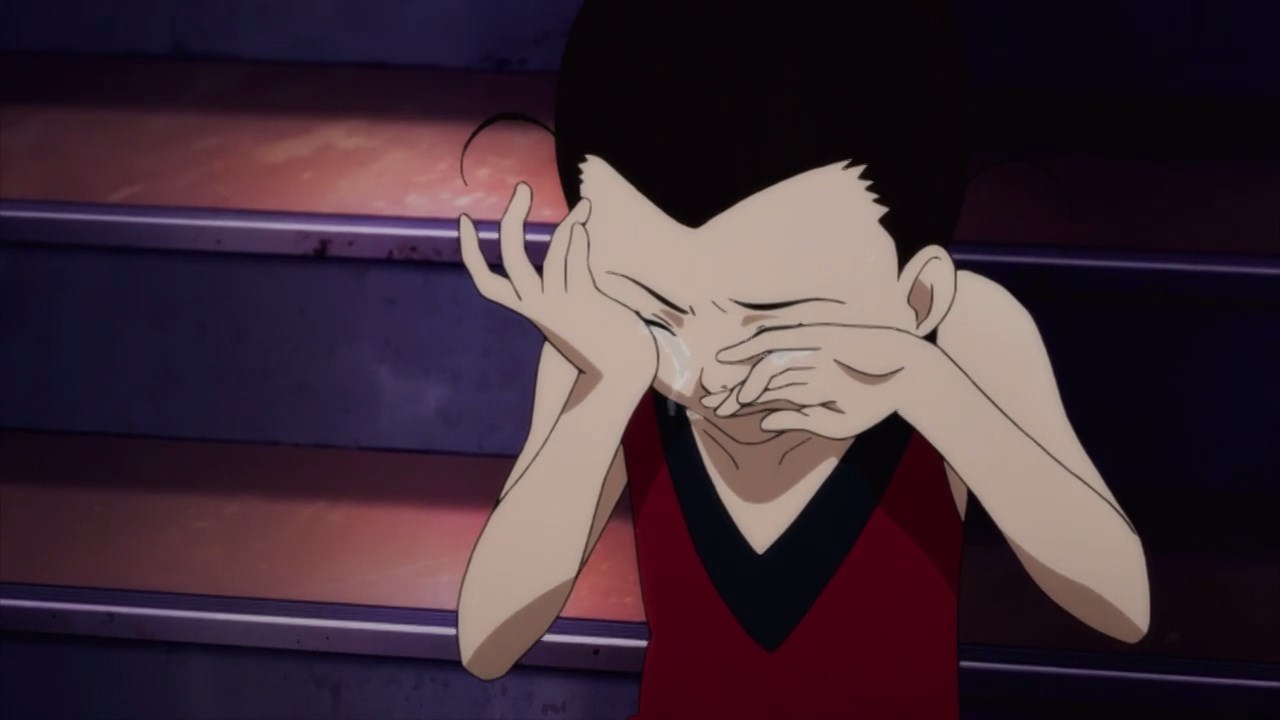 Now then, let’s move onto the next scene where Takako Maruyama is having a stage fright. Even worse is that she could do her best especially when Shuhei Amamiya competes. 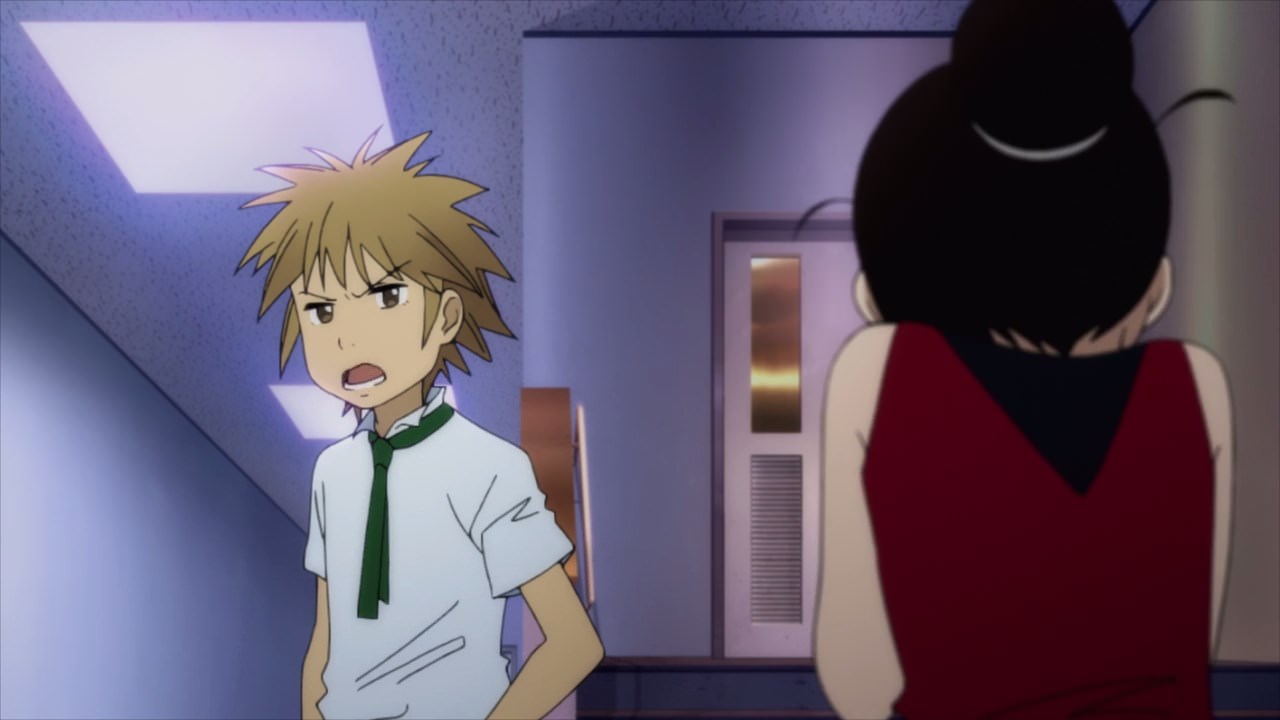 And to make matters worse, Kai Ichinose being the most blunt person ever has told Takako to leave this place because there’s no way she can beat Shuhei.

Really Kai-kun, you’re an idiot for making her cry! 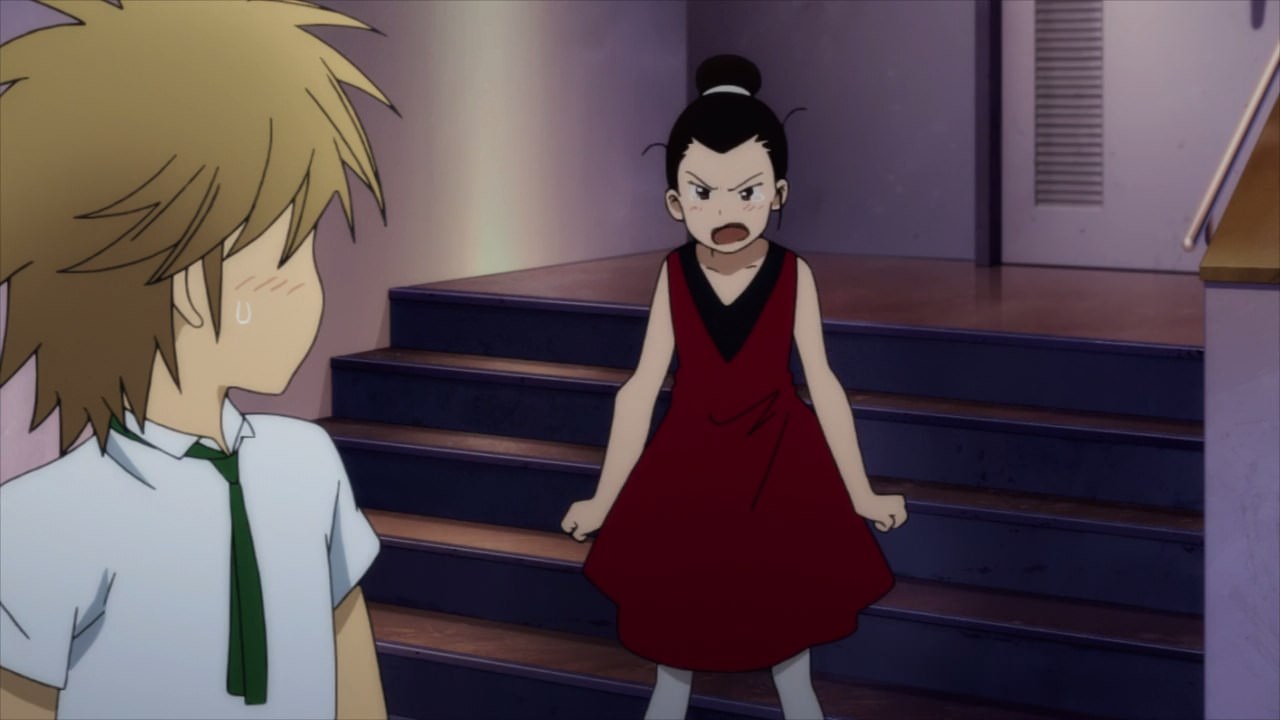 However, Takako rebutted that she practiced all day to be the best, it’s just that she couldn’t calm herself down unless Takako has her favorite dog Wendy sitting beside her in which she can’t bring it to the hall.

Hmm, I feel that Kai Ichinose got an idea on this so he asked Takako Maruyama on what’s her favorite place to calm herself down. 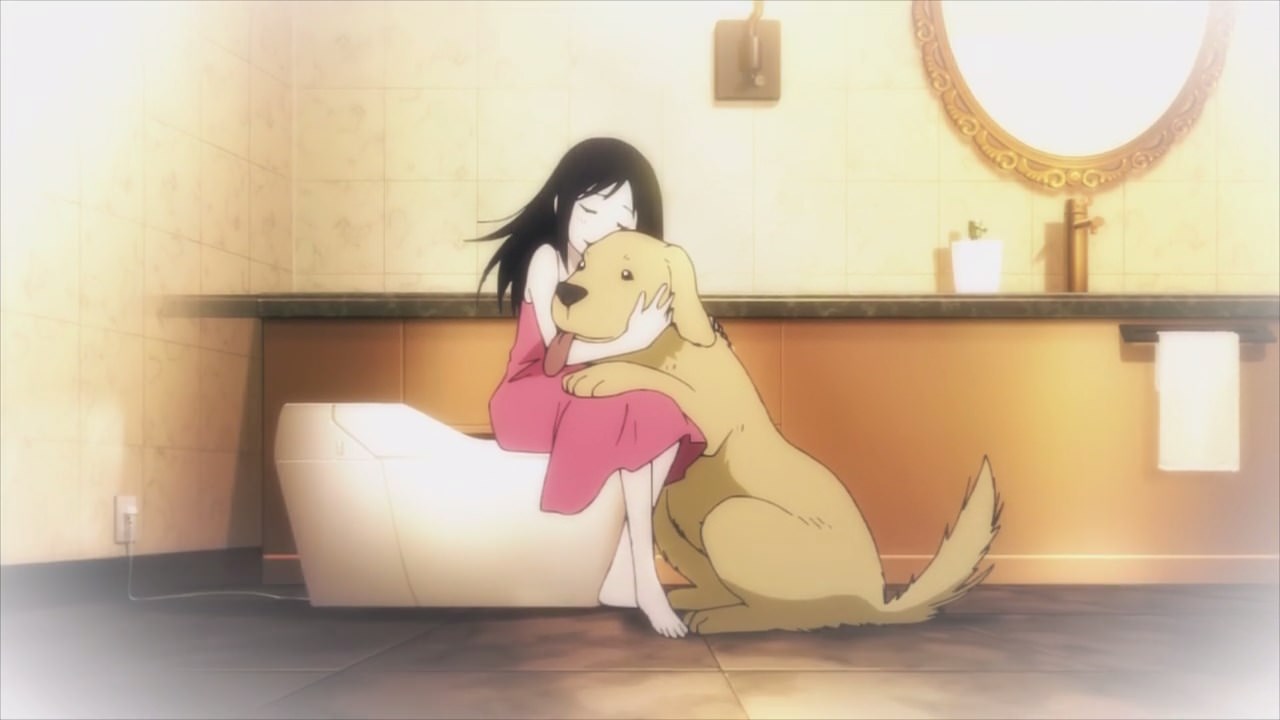 Takako told Kai that her bathroom was her favorite place to get her at ease. Even moreso when Takako’s dog Wendy is with her.

Then again, dogs are prohibited in the music hall which it sucks since Takako needed it to calm herself down. 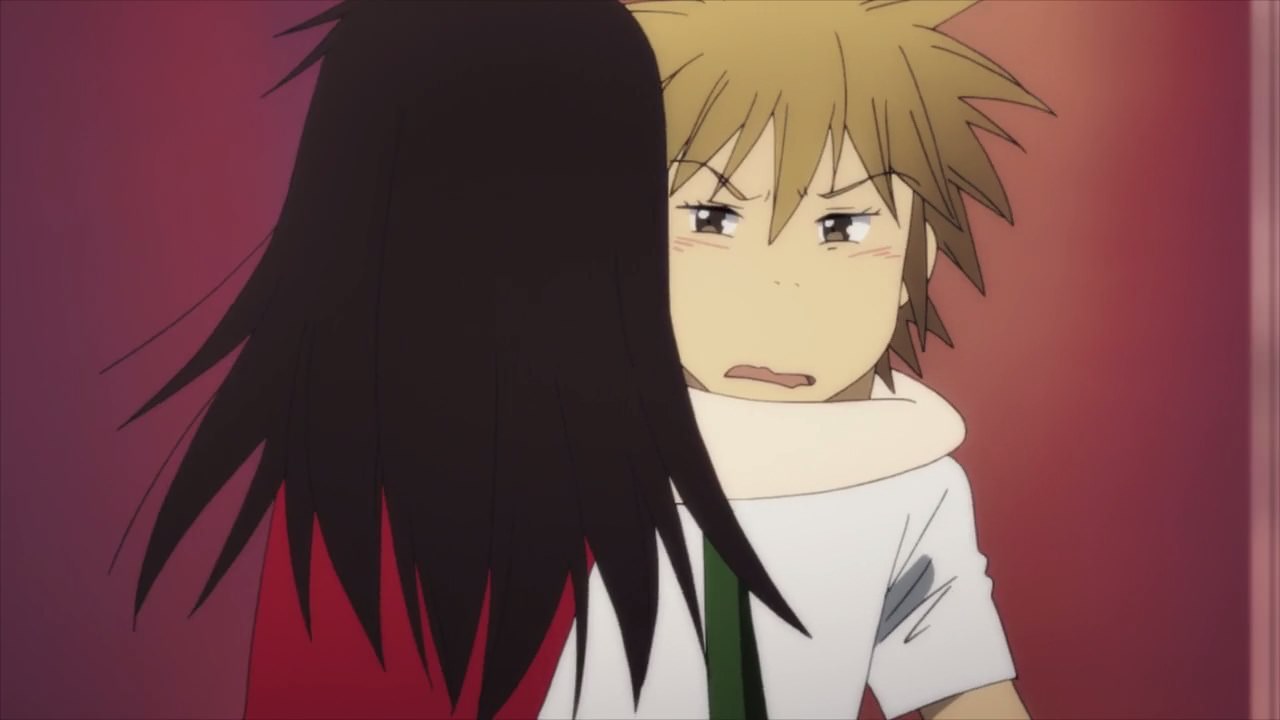 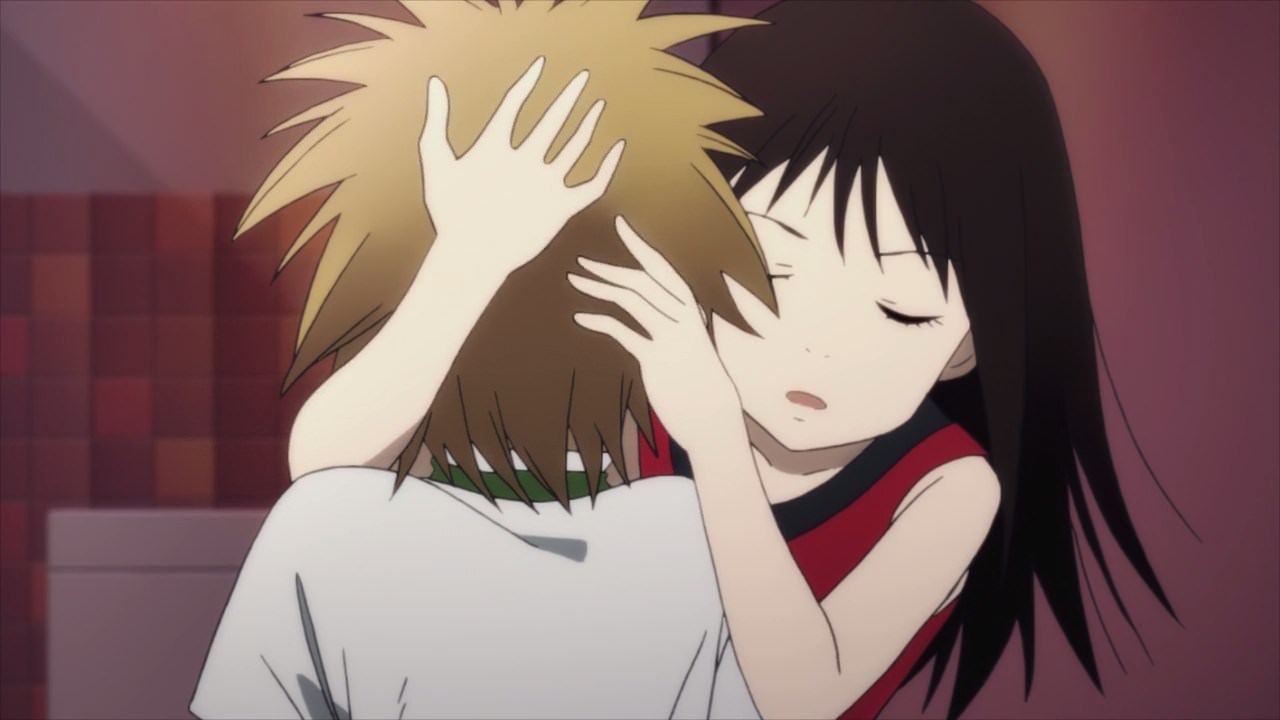 Fortunately, there’s a substitute sort of as Takako took Kai to the girls’ comfort room and use his hair to get herself at ease.

Well, that was unexpected and by the way, Kai Ichinose might get kicked out for going to a girls’ comfort room! Then again, it seems that Kai being a substitute to her dog Wendy still helps to calm Takako’s nerves. 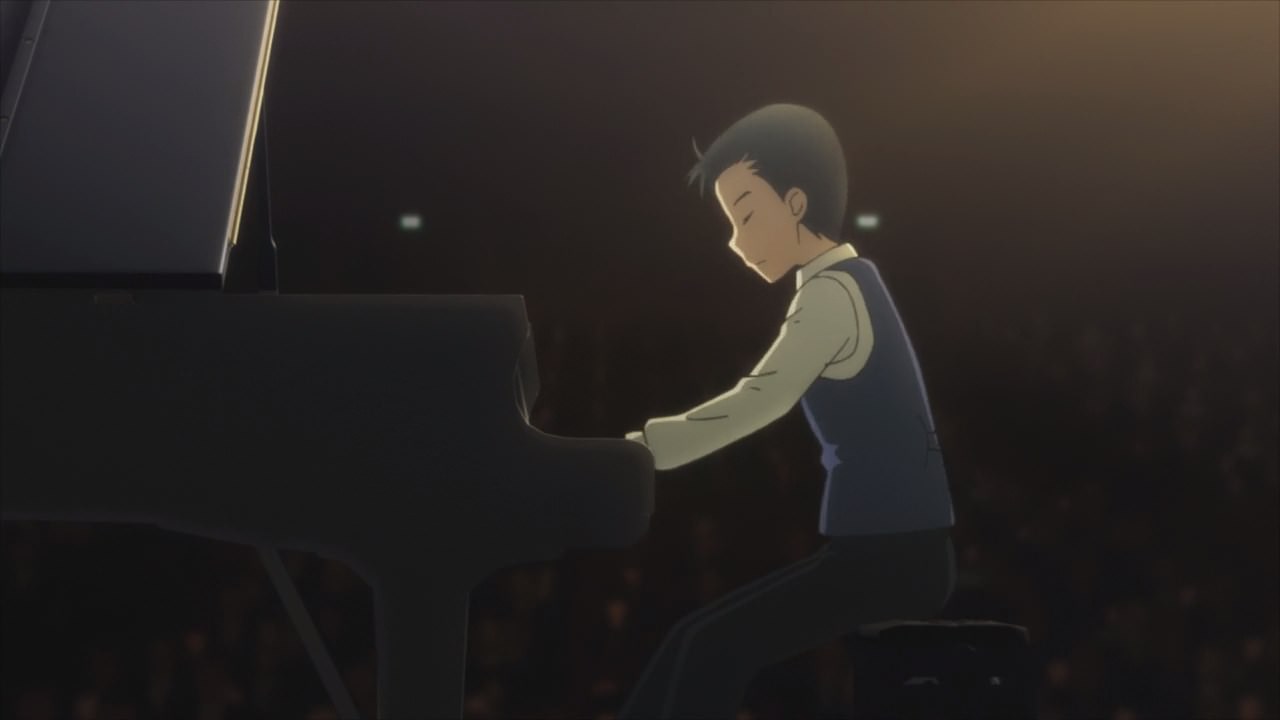 Now then, let’s close this episode out with Shuhei Amamiya performs Wolfgang Mozart’s Sonata No. 2, K. 280. I must say that his performance is fantastic since Shuhei inherited his talent from his father. 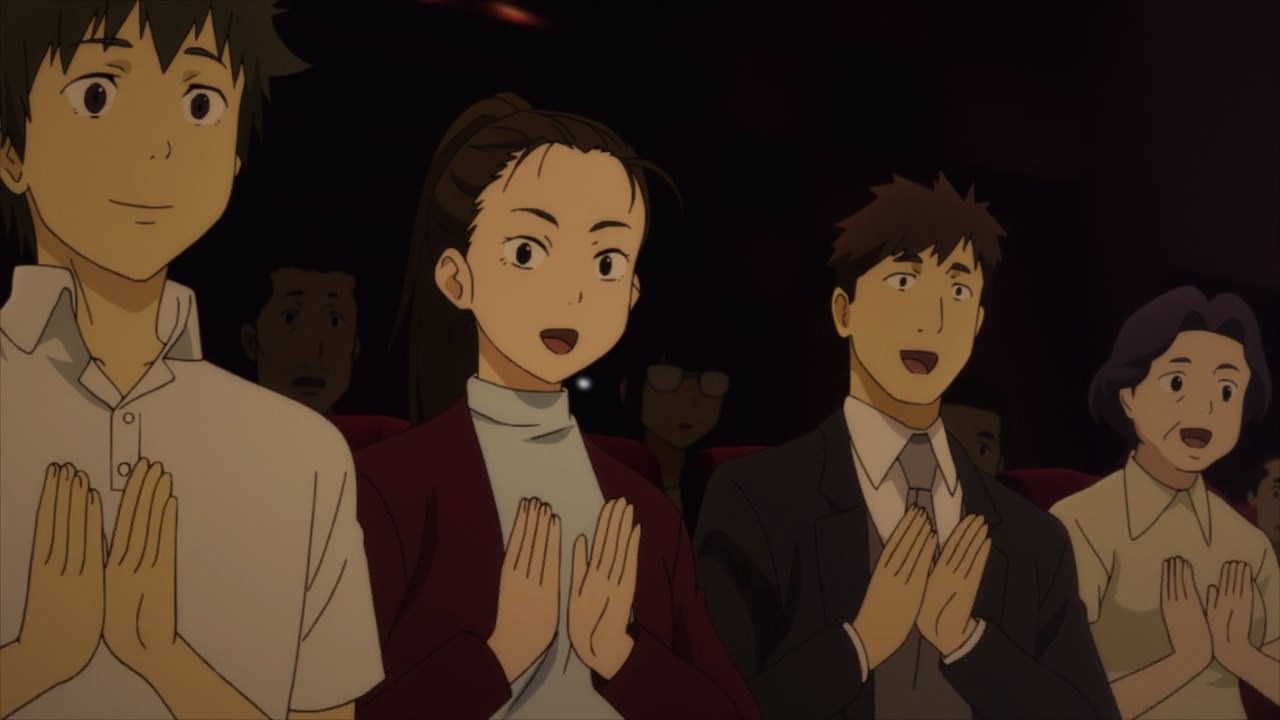 And everyone felt in awe as they gave Shuhei an outstanding ovation. With that said, looks like this competition is in the bag in Shuhei Amamiya’s favor, huh?

But wait, we still have a few competitors left as Takako Maruyama will take the stage on the next episode. Oh, and I hope that Kai Ichinose will conquer his inner doubts and limitations once Takako’s performance is done. Don’t disappoint Shuhei, Kai-kun!