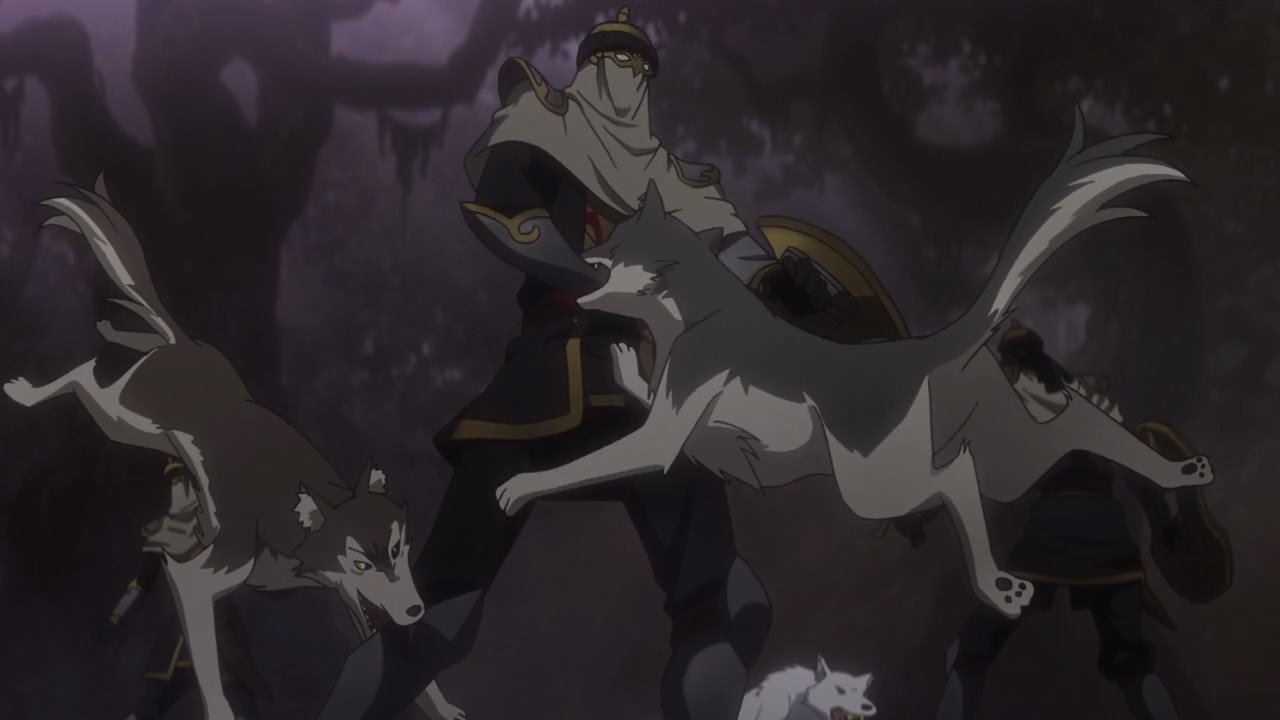 Well everyone, I have to say one thing on this week’s episode as Prince Milza Kuces and his men are at a disadvantage when they’re inside the Forest of Eternal Darkness. 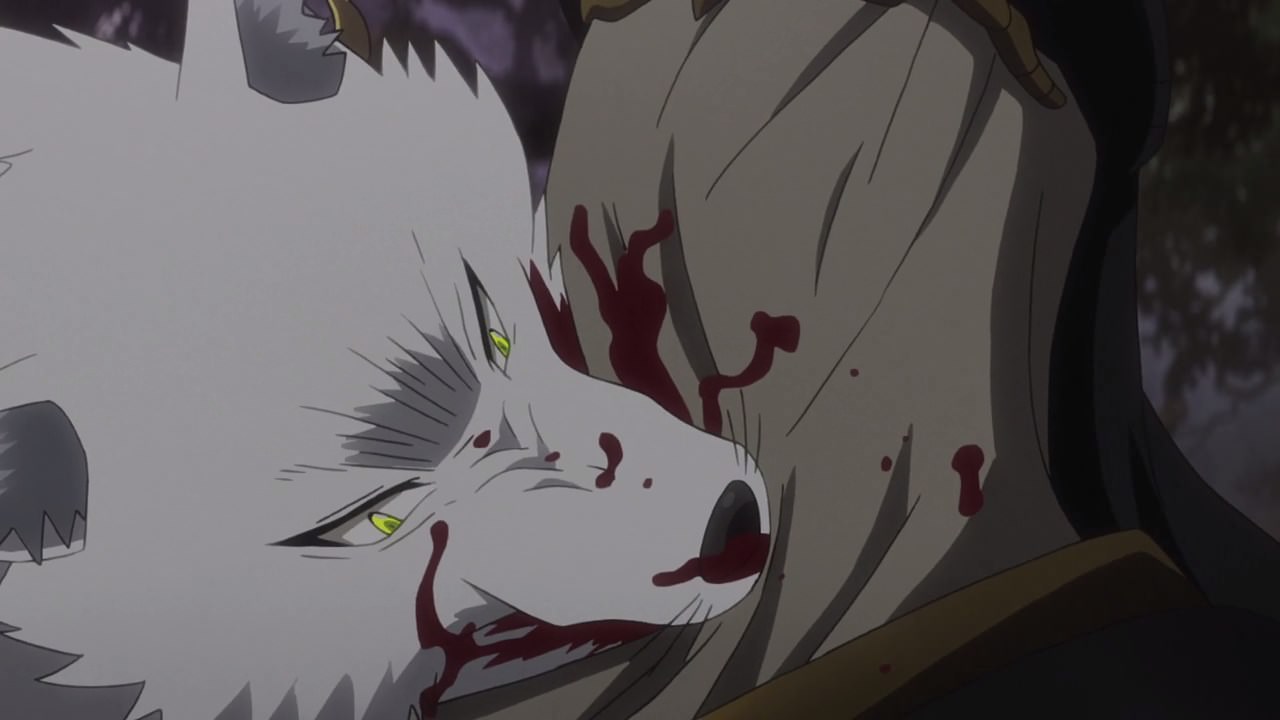 As you can see, everything went fucked up when werewolves ambushed them. And seriously, that’s a nasty bite there in the neck! 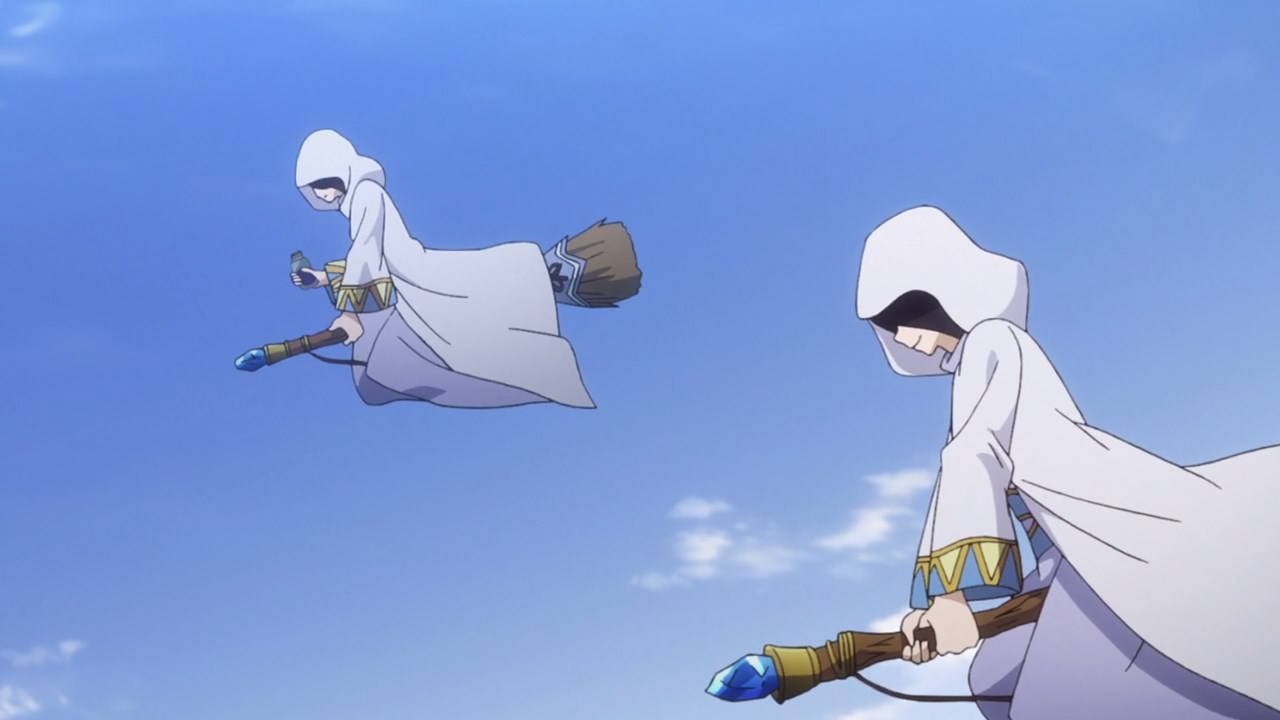 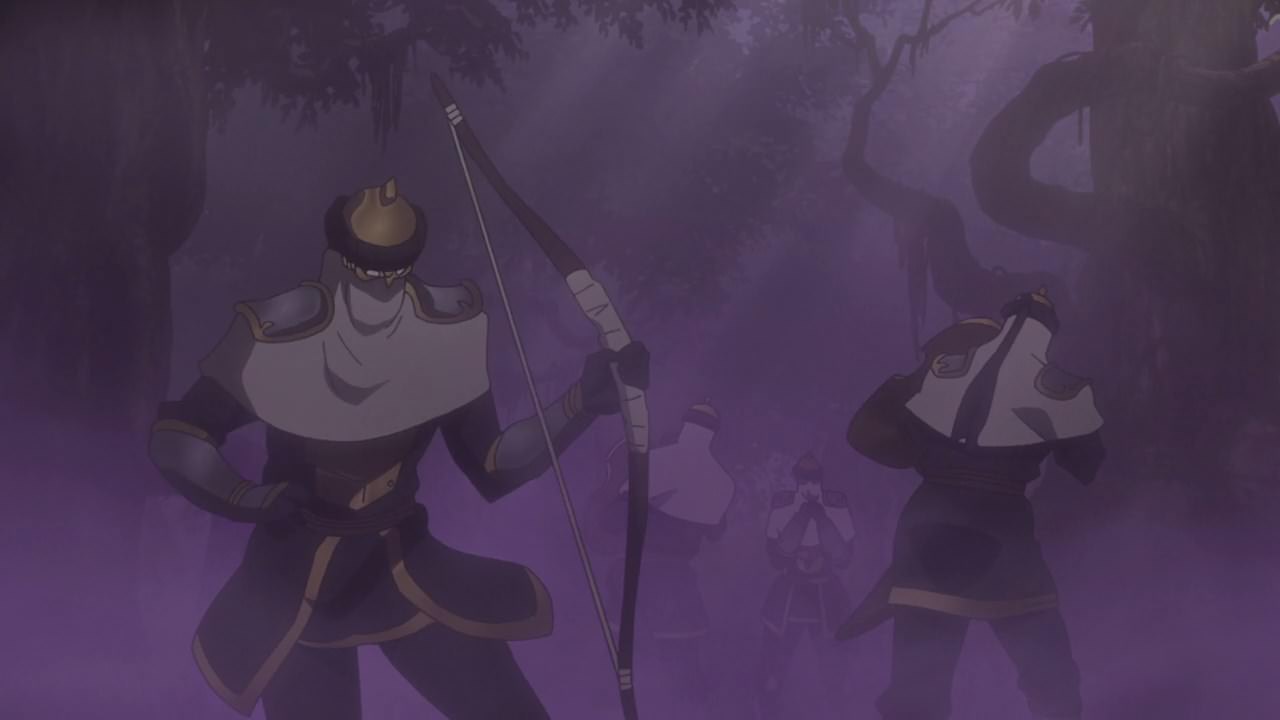 …like dropping them with poisonous potions. Honestly, I feel that Telius Savoie is right ’cause Lord Milza and his men will lose when fighting inside the forest. 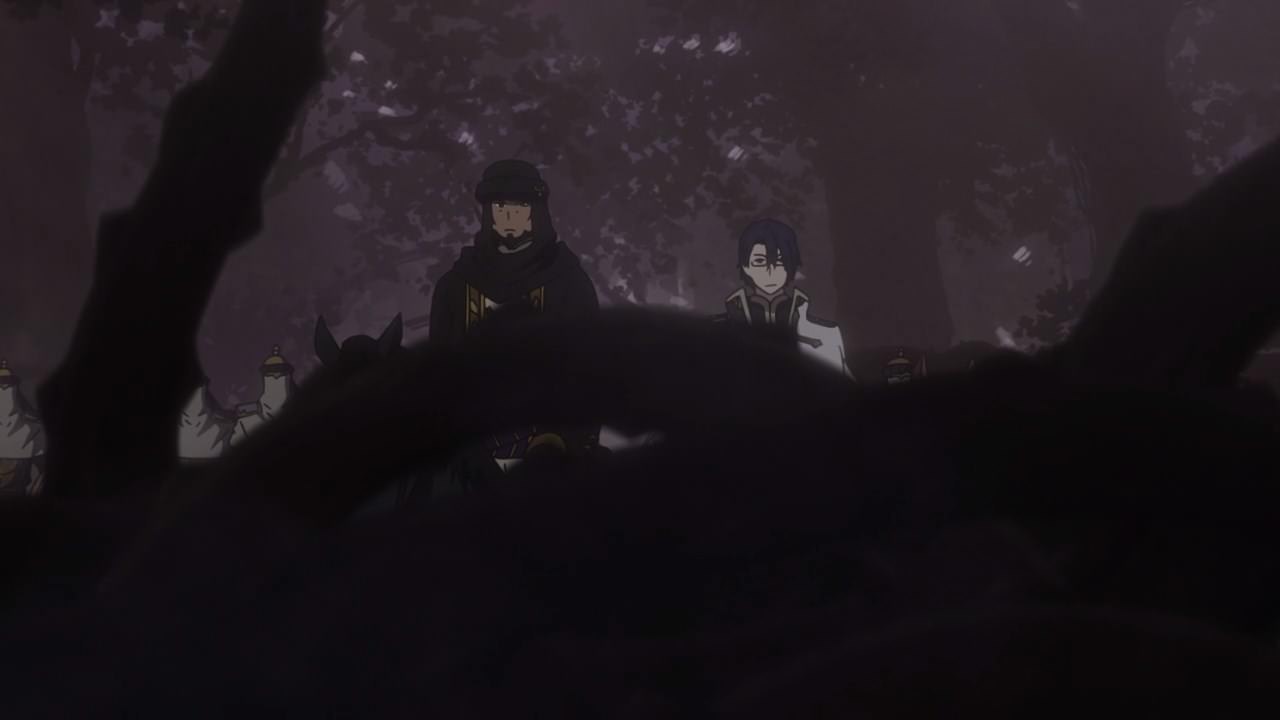 And speaking of Prince Milza Kuces, he has no other choice but to make his retreat upon reaching this impassable maze of thorns.

Earl Theo Cornaro might have won this battle, but I’m sure that Milza Kuces won’t have any second chances towards him! 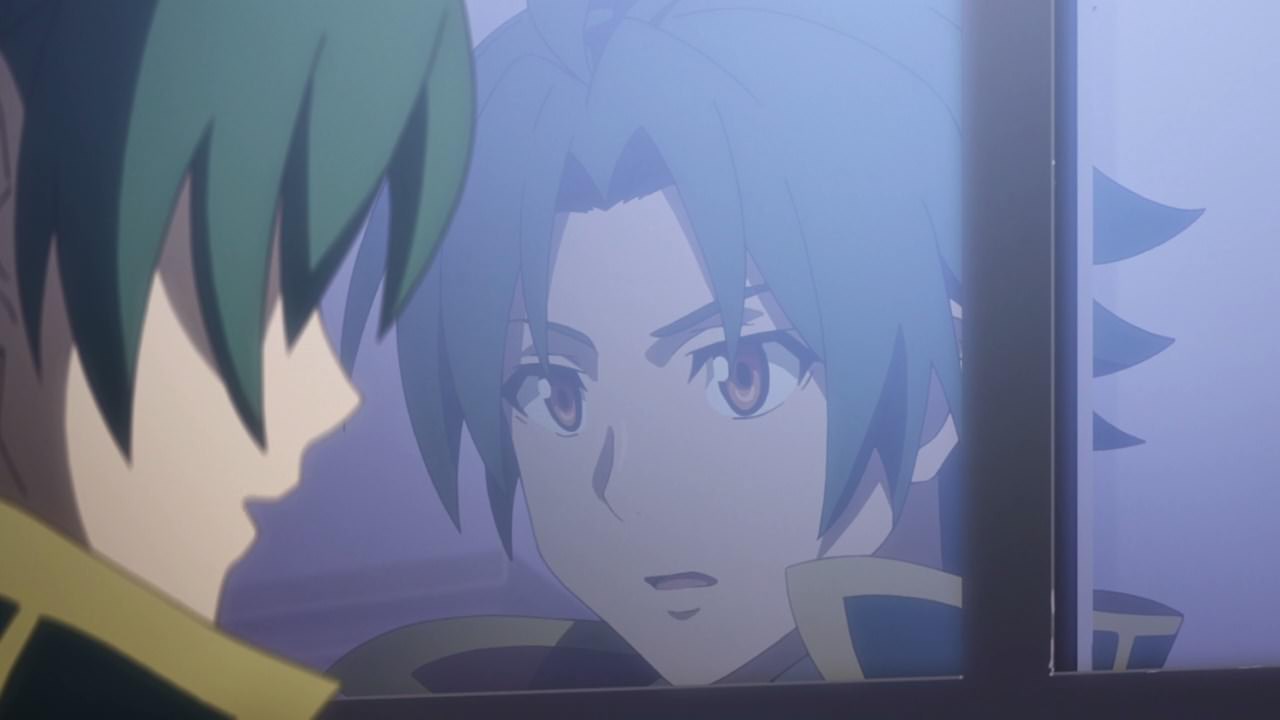 As for Theo Cornaro, he won’t rest on his laurels just yet as Theo needs to defeat Milza Kuces and reclaim Altirk from the Factory Alliance.

The problem is that Milza is not a fool as he wants to lure Theo out and finish him off. And the only way for Lord Milza to get his attention is to invade Regalia, which Telius suggested to him because it’s the only way to beat Theo at his own game. 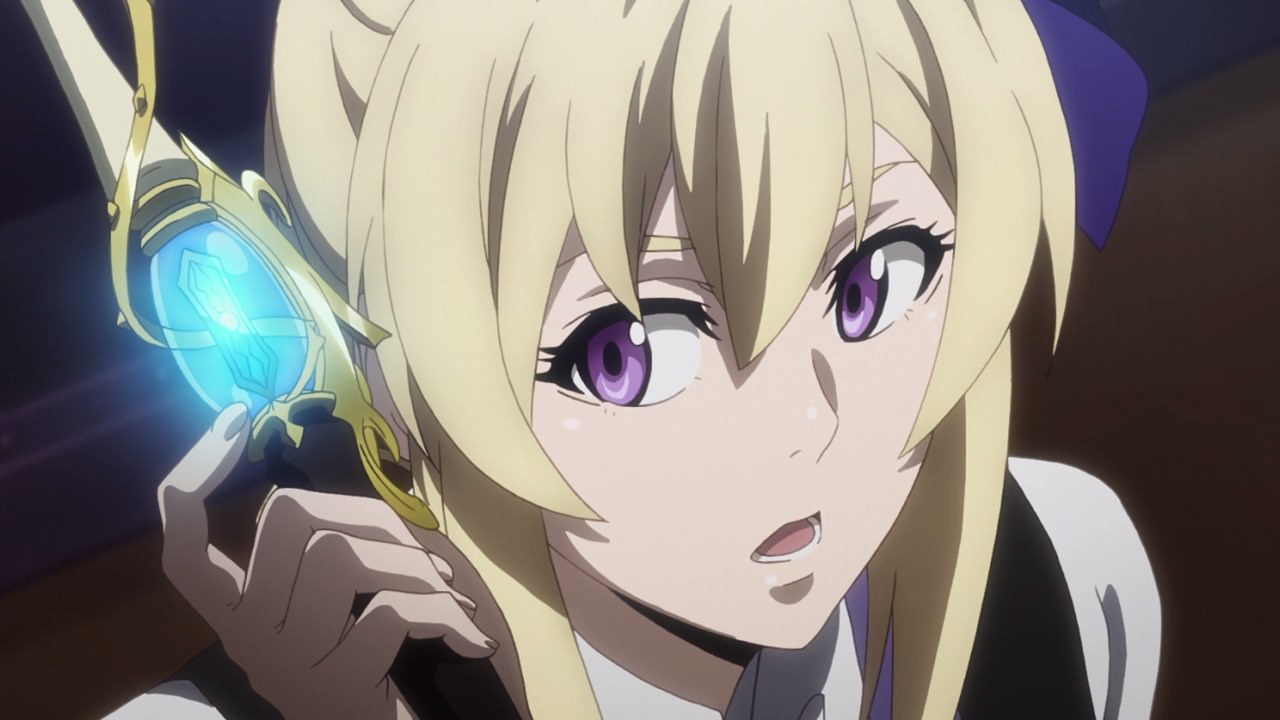 On the other hand, Siluca Meletes is asking for help on lending some troops to aid Earl Theo Cornaro. However, most of them got their hands full at repelling the Alliance’s attacks so there’s nothing that she and Theo can do. 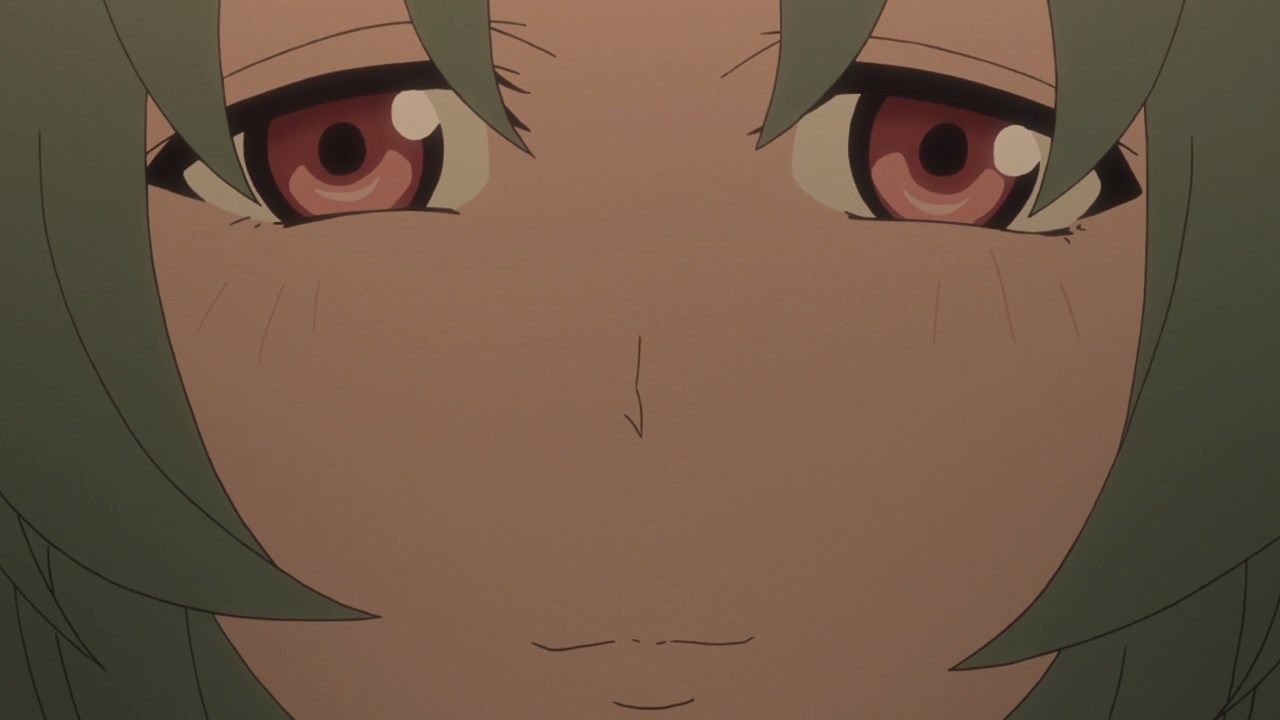 Fortunately, Ellet Harkas has a plan in which she can give some time to bring some reinforcements to Theo Cornaro. Of course, there’s one thing that she and Lord Selge Constance needs to let it go. 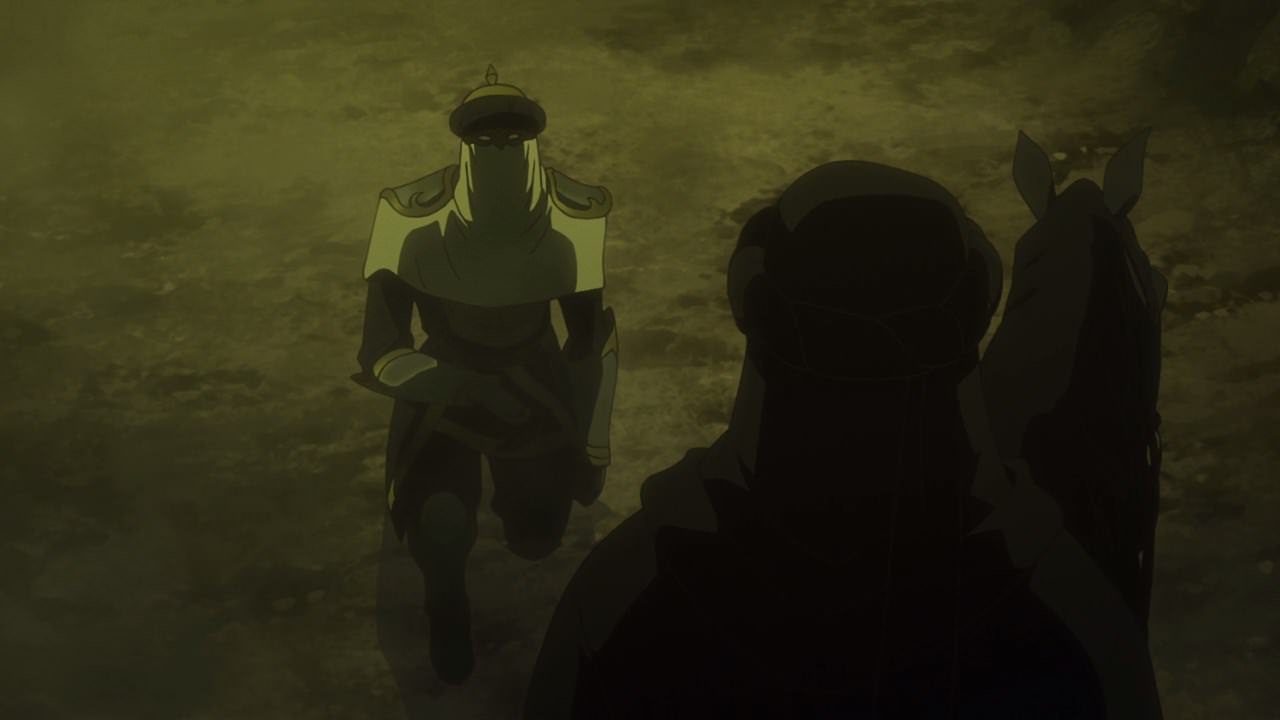 It turns out that Lord Selge Constance has decided to flee and let the Dartagnian troops invade Regalia, which surprised both Lord Milza Kuces and Telius Savoie.

Then again, capturing Regalia without any resistance might be detrimental to them in the future.

Meanwhile in Haman, it appears that Queen Edokia emerged from her castle completely naked! Oh, and it’s not just her and Laura Hardley in which she’s embarrassed that she’s in the nude…

…but the entire people of Haman as Queen Edokia declared to Lady Ulrica that even though their wealth is completely dried up, the country of Haman won’t be subjugated to the Nords as they’ll continue to fight for their freedom. 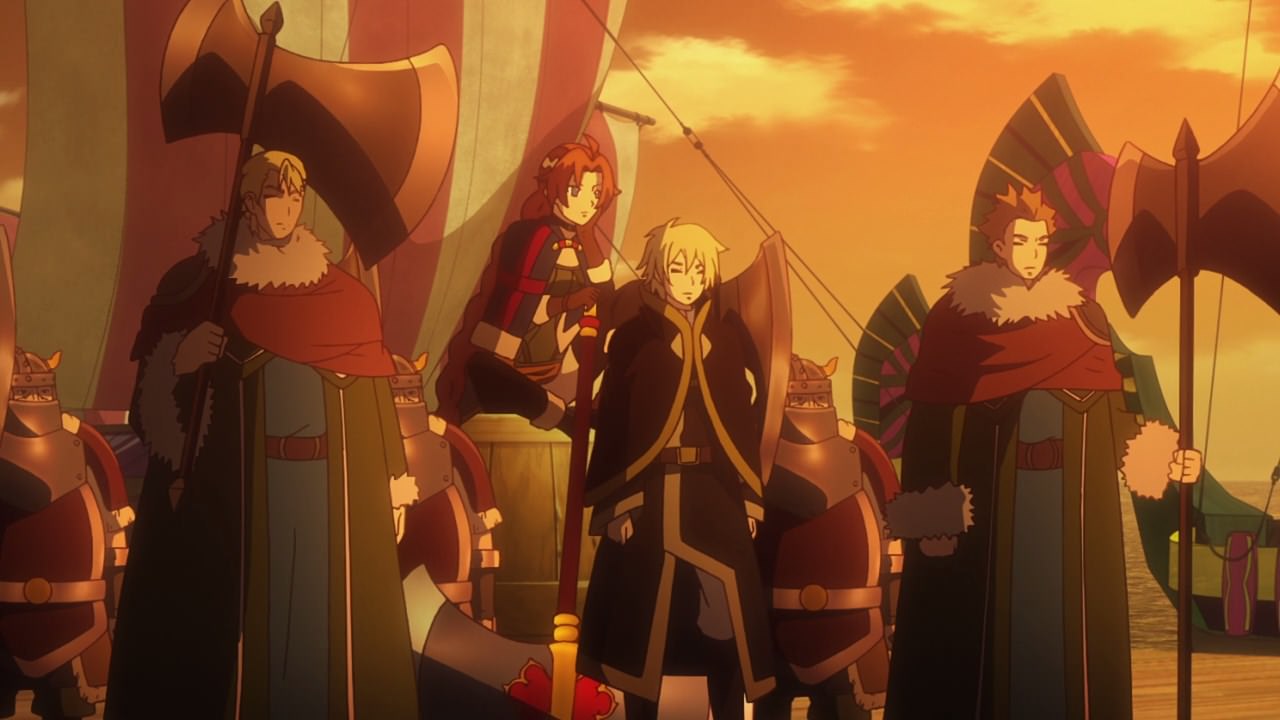 For Lady Ulrica of Nord, she was baffled that Queen Edokia and her men would confront them without armor. But it doesn’t matter for her as Ulrica and her Nordic soldiers, plus some slaves from Stark, will crush the opposition and conquer Haman.

By the way, it was revealed that Ulrica wants her father King Erik to become the emperor of the Factory Alliance. No, the entire Atlatan continent once the Alliance defeated the Fantasia Union. 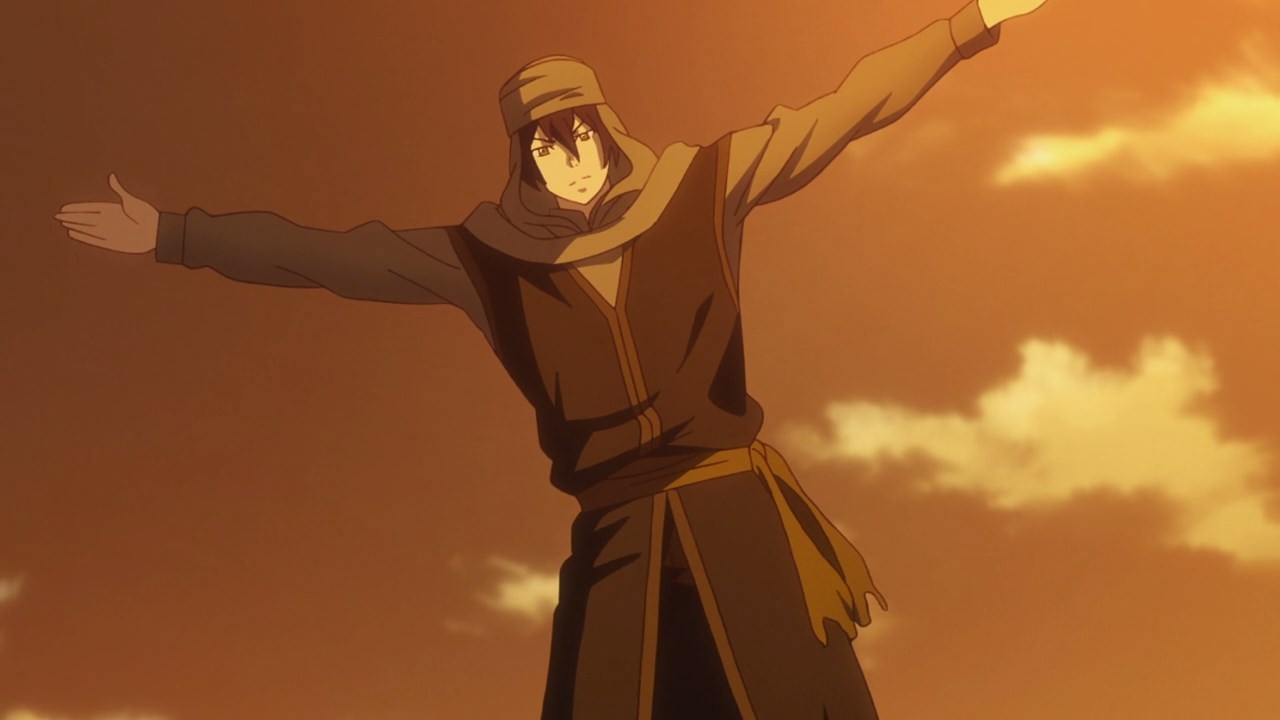 However, it appears that one slave appeared and told his fellow slaves to follow Queen Edokia’s example and rise up against the Nords.

Oh yeah, said slave happened to be Juzel Rossini who aided Theo Cornaro by setting up a rebellion at the Stark region. Well, I must say that even though he experienced it when the people of Sistina rebelled against the Rossini family, Lord Juzel is a cunning man when it comes to rallying up slaves. 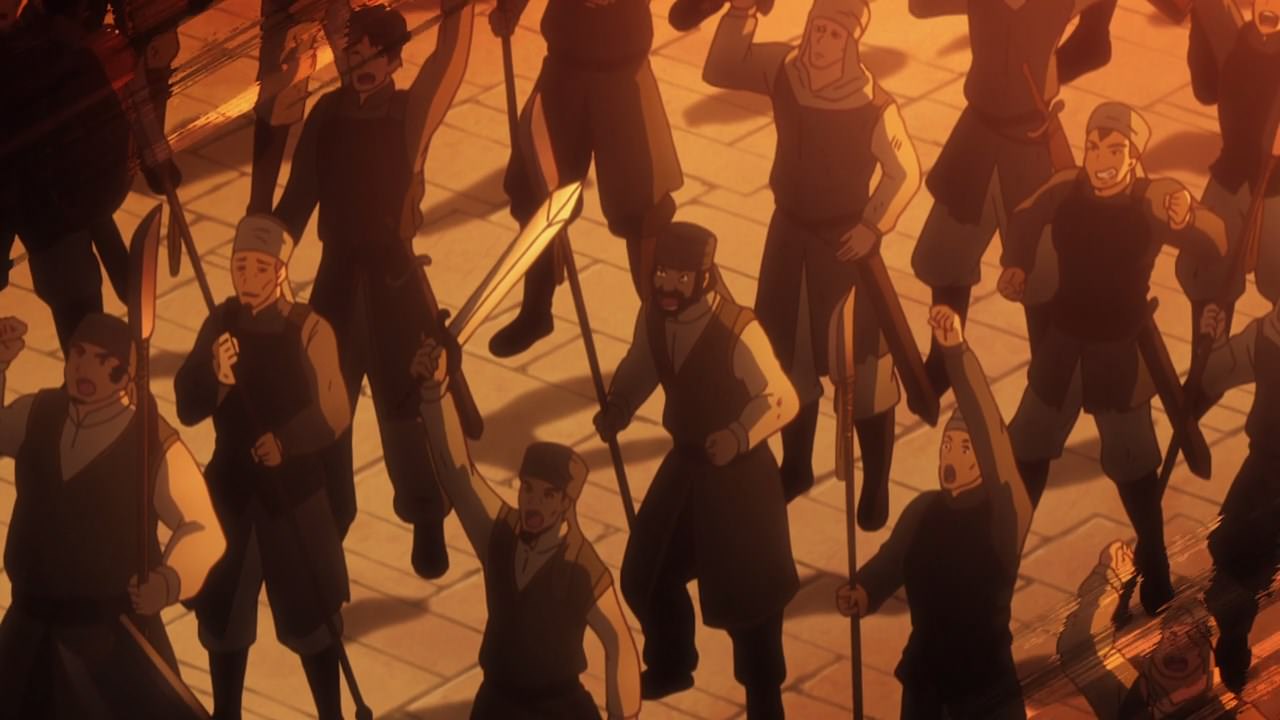 Because of this, the slaves from Stark has decided to turn against their masters and join Queen Edokia’s cause, something that Lady Ulrica couldn’t believe it. 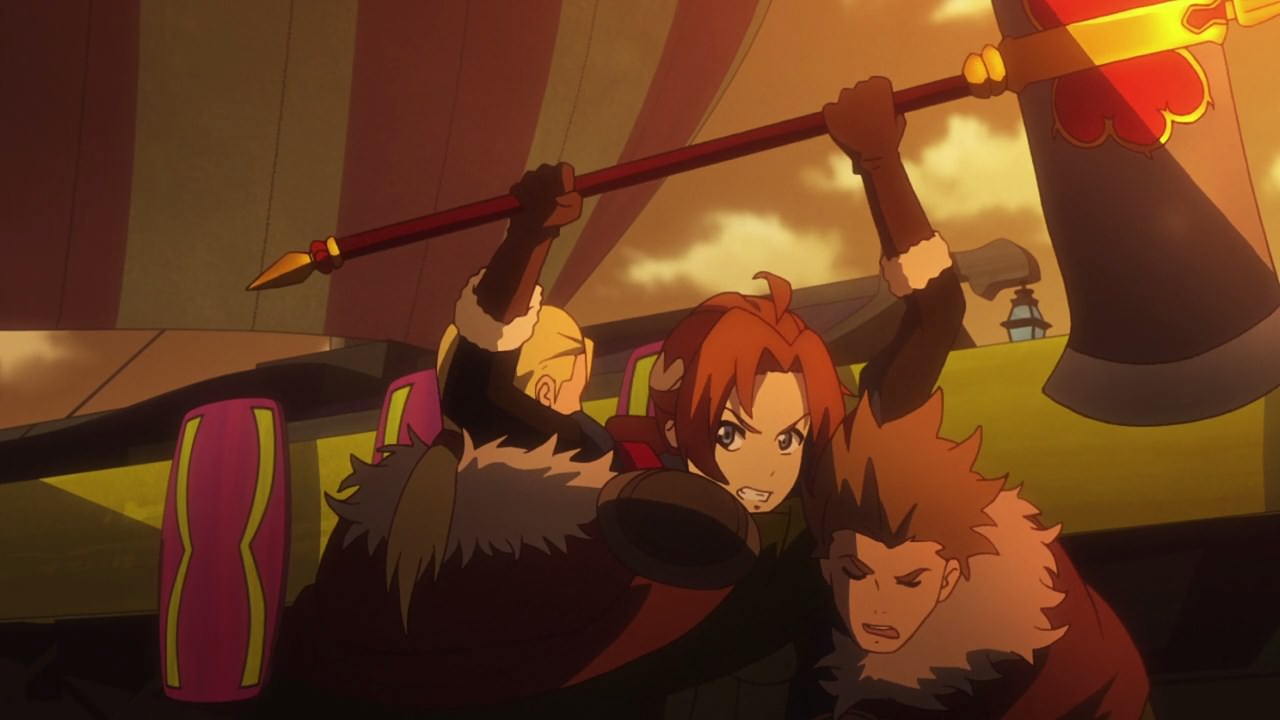 And speaking of Lady Ulrica, she’s pissed that she wants to kill them all, although it would be better if Ulrica returned to the Stark region and stop the rebellion.

Even if she goes back to Stark, it might be too little too late to defeat the rebels. 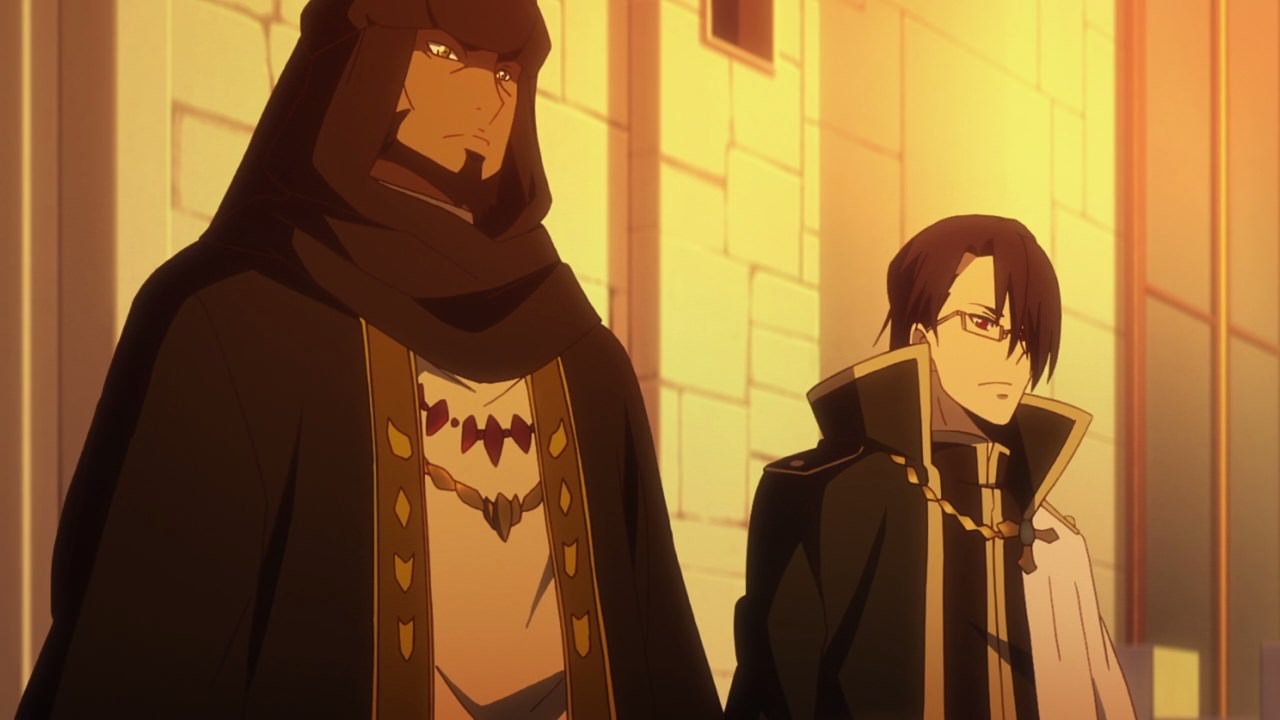 Lastly, here’s both Prince Milza Kuces and Telius Savoie as they returned to Castle Unicorn. Now, they’re at a disadvantage as Earl Theo Cornaro gathered many troops, including King Lassic David of Sievis and his men, to liberate Altirk.

With that said, it’s gonna be an epic battle next week as it’ll be a turning point of this war between the Union and the Alliance. But you know what, I felt that Milza Kuces’ belittlement towards Theo Cornaro, coupled with his risky decisions over Telius Savoie’s suggestions, will cost the Crown Prince of Dartagnia dearly.