Well, seems that Natsuko Aki has fallen in love towards Inspector Genet that she got invited on a date. Then again, I feel that dating with the inspector is a bad idea.

Nevertheless, Nat-chan is so love-struck that she can’t take a “no” for an answer, especially when Inspector Genet is a cool-looking woman.

In any case, let’s hope that her date with Ms. Genet will go smoothly.

However, it appears that a certain gang leader named Naoko Sukeban and her lackeys will show to Honey Kisaragi and Natsuko Aki that they’re the queens on this school.

Then again, let’s just say that Naoko is somewhat infatuated with Honey so it’s not like she’s asserting her dominance.

With that said, it’s time for a date where Natsuko is picking up some clothes to wear at the department store. Don’t worry though, Genet will pay for it since it’s a date after all!

So when Nat-chan picked her favorite clothes to wear and show it off to Ms. Genet, she suddenly disappeared and the atmosphere has changed thanks to this spooky fog!

Oh and to make matters worse for Natsuko, she encountered Badfly Claw in which she turns everyone into stone. 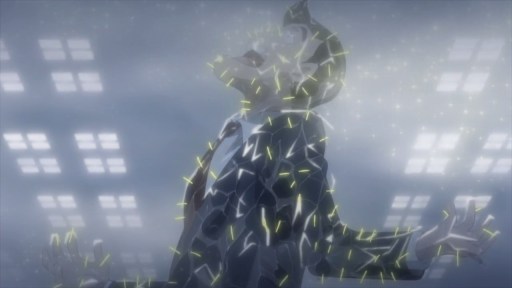 And really, it’s worse than death as you might turn into a mannequin indefinitely… until Badfly Claw decides to cut you off in half!

So, the only thing that Natsuko Aki can do is to run away but even then, Badfly Claw will eventually capture her and turn into stone.

However, it appears that Naoko Sukeban and her friends are in the vicinity as she managed to take a hit from Badfly Claw’s punches, protecting Natsuko Aki from harm.

Well, I must say that even though she acts like a goon, Naoko sure has the guts to protect someone. 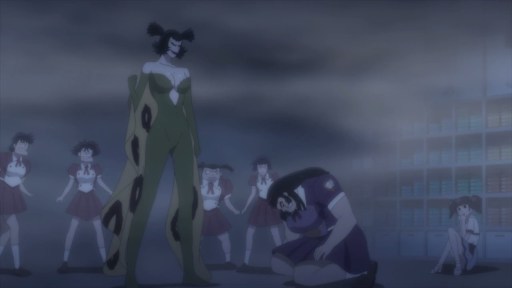 But even then, she’s no match against Badfly Claw as Naoko Sukeban goes down.

Even if Naoko’s lackeys surround one of the monsters from Panther Claw, they’re no match for Badfly Claw anyway.

So, the only person who can save Natsuko Aki and her classmates is Honey Kisaragi as she transforms into Hurricane Honey, a biker chick who is not only cool (not to mention having a different voice actress)… 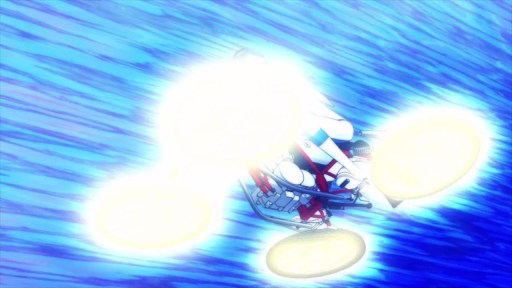 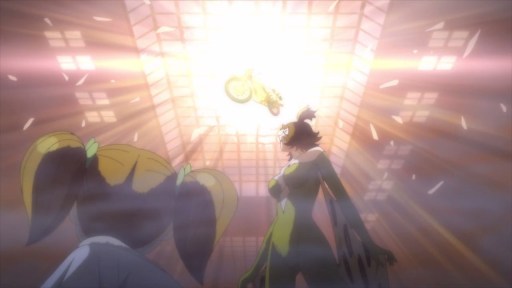 Anyways, Hurricane Honey arrived to save Natsuko Aki from Badfly Claw in style. For Nat-chan, she felt a sigh of relief!

Oh, and she proceeds to transform into Cutie Honey where she fires a bunch of Honey Boomerang towards Badfly Claw… 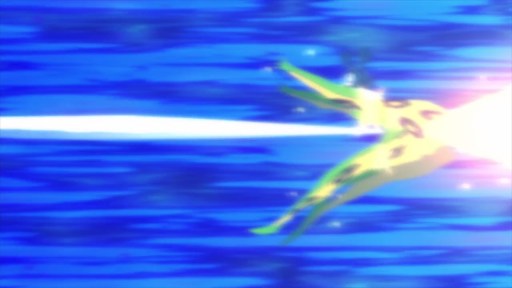 …eventually piercing Badfly Claw’s body until she explodes. Well then, looks like one of Panther Claw’s warriors is defeated, although Sister Jill is far stronger compared to Badfly Claw.

Also, Natsuko Aki is safe as Honey Kisaragi is very glad about it. Now then, what happened to Inspector Genet? 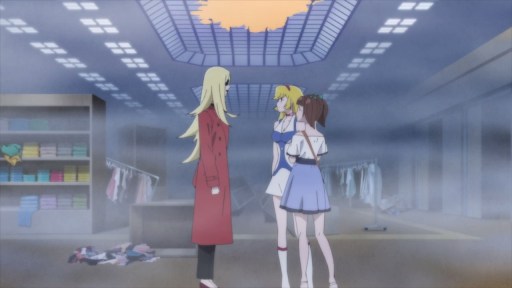 Oh, looks like she’s here as Genet explained that she went somewhere to investigate Panther Claw.

Then again, we all know that she’s lying as Genet is actually Sister Jill, although Honey Kisaragi doesn’t know about it. 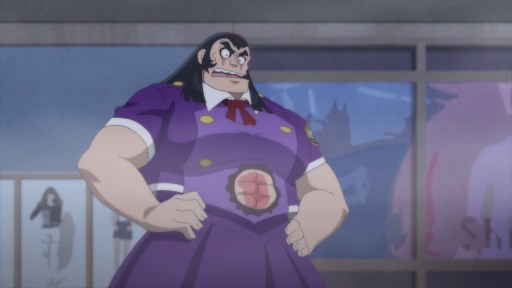 On the other hand, here’s Naoko Sukeban as she finally recovered from that nasty gut punch and she’s here to challenge Honey Kisaragi.

Oh, and Naoko doesn’t like being ignored after putting her body to protect Nat-chan from that monster.

However, Honey Kisaragi approached Naoko Sukeban as she put her hands onto Naoko’s abs and heal her wounds with love. 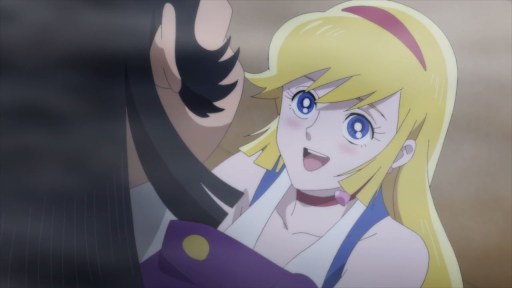 I mean, isn’t she adorable when Honey tries to heal the pain away from Naoko. I must say that outside of Cutie Honey, she’s a real cutie. Get it? 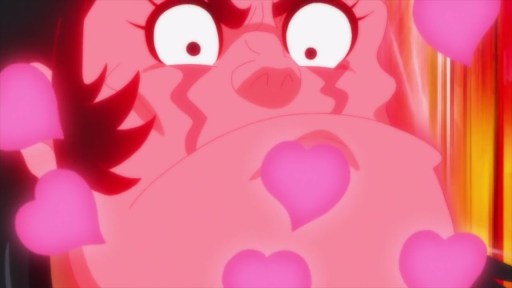 And as for Naoko Sukeban, looks like she’s got love-struck towards Honey that her lackeys are perplexed about it. Well, so much for asserting her dominance over Honey Kisaragi and Natsuko Aki!

But that’s about it for this episode of Cutie Honey Universe. We don’t know what Panther Claw is planning to do next, but I’m hoping that the warrior of love and justice will prevail on the next episode!