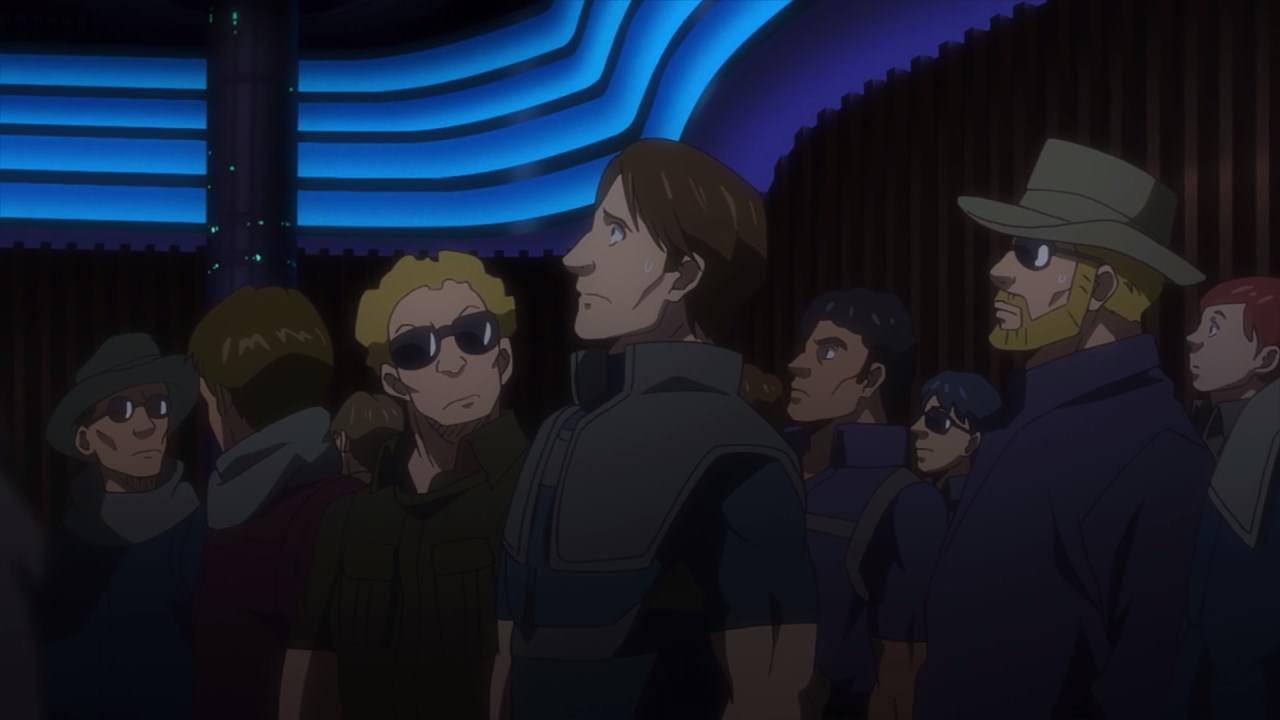 Let’s continue the story from the first episode as the players from Gun Gale Online are in awe that LLENN, the Pink Devil, has managed to kill 4 players which forced the remaining 2 to resign.

All I could say is that LLENN is one hell of a player, but it wouldn’t be possible without her partner M around! 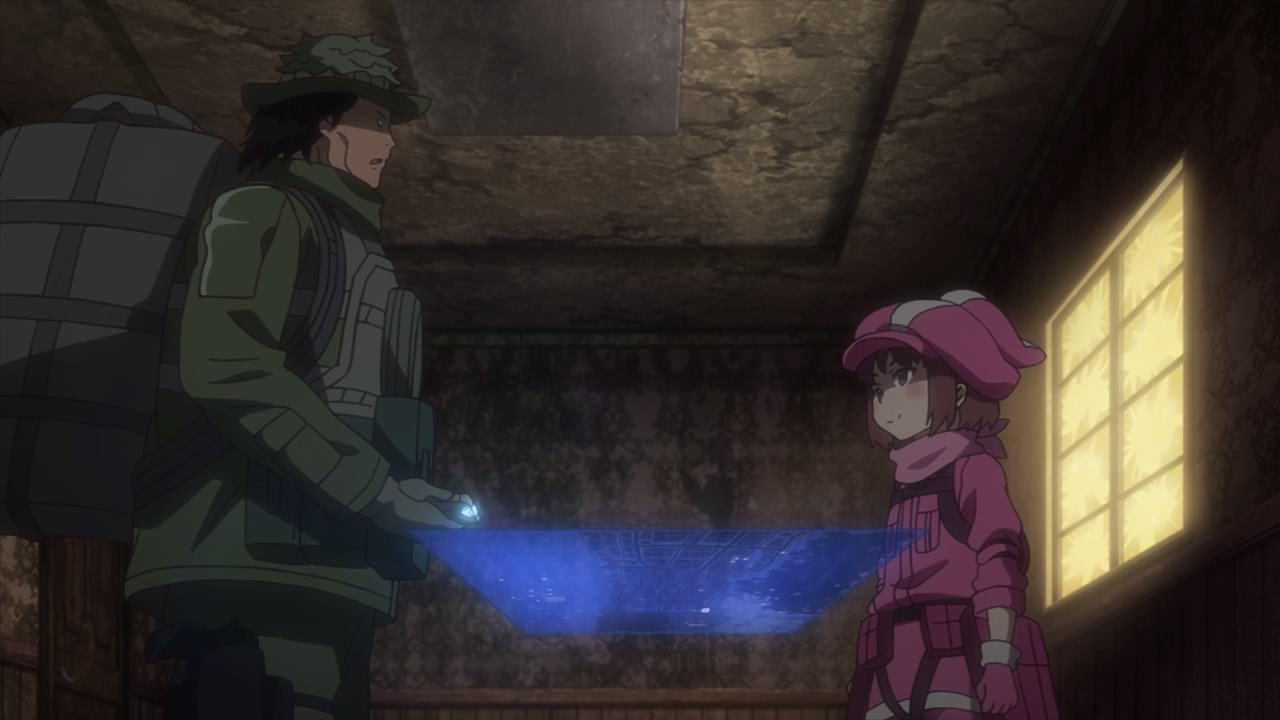 With that said, there are 3 teams left in Squad Jam and while M and LLENN are guaranteed that they’ll get 3rd place, Pitohui wants them to win it all.

Anyways, the only thing that they need to do is either find the opposing team or wait for their enemies to come at them. 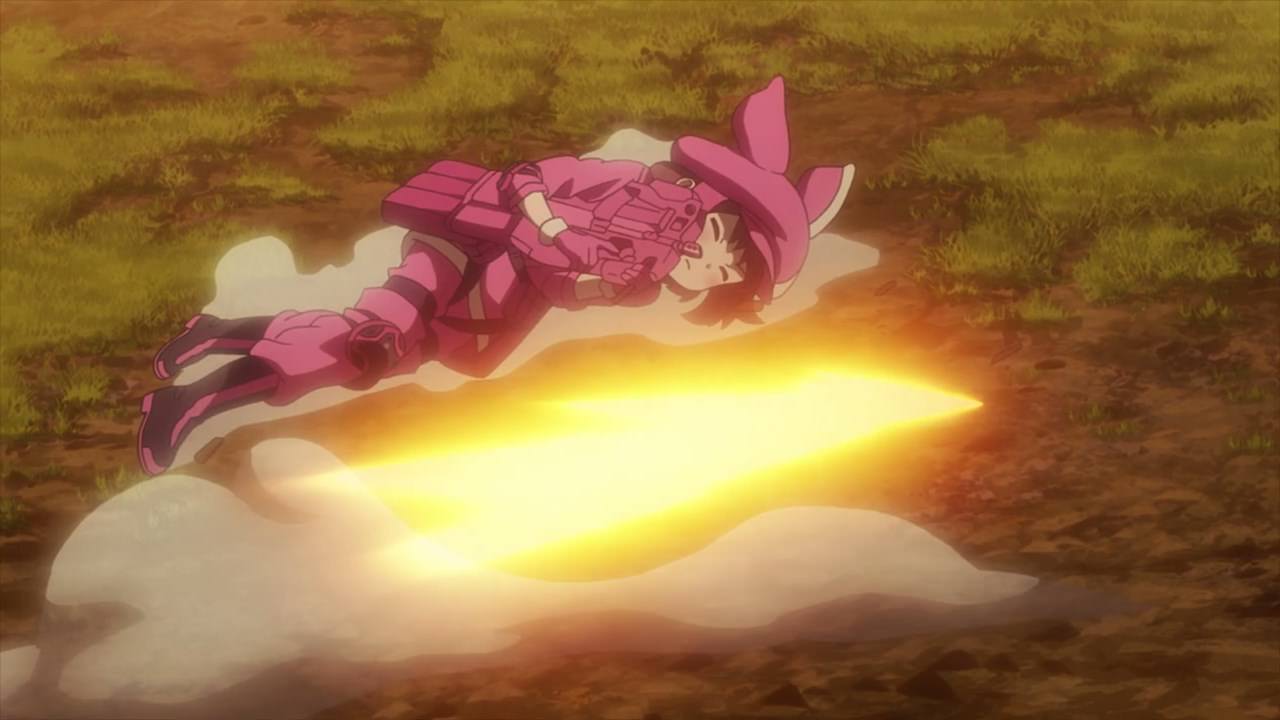 Well actually, they’ll do the latter as LLENN encountered one team who actually got ahead of the pack. 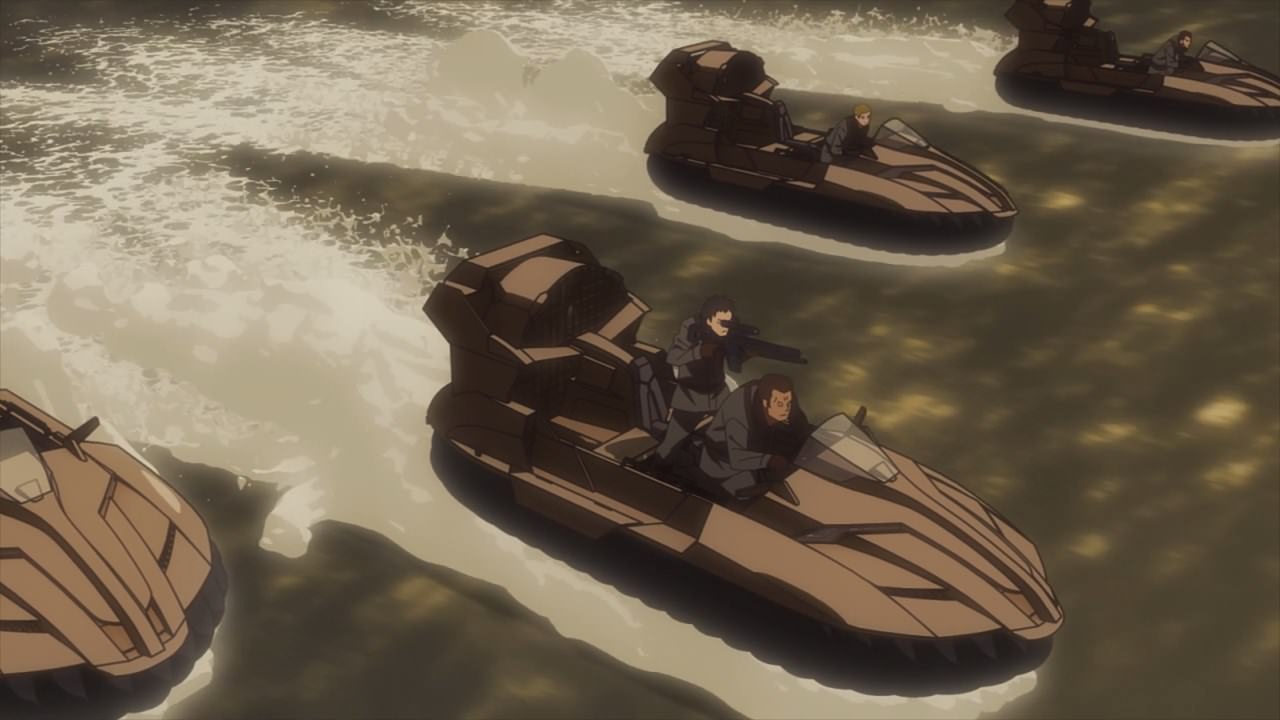 Turns out, this team got hovercrafts to move around bodies to water and on land too, making it a versatile vehicle to drive.

And since LLENN and M are being outnumbered and they’re out at the open, they’re gonna lose! 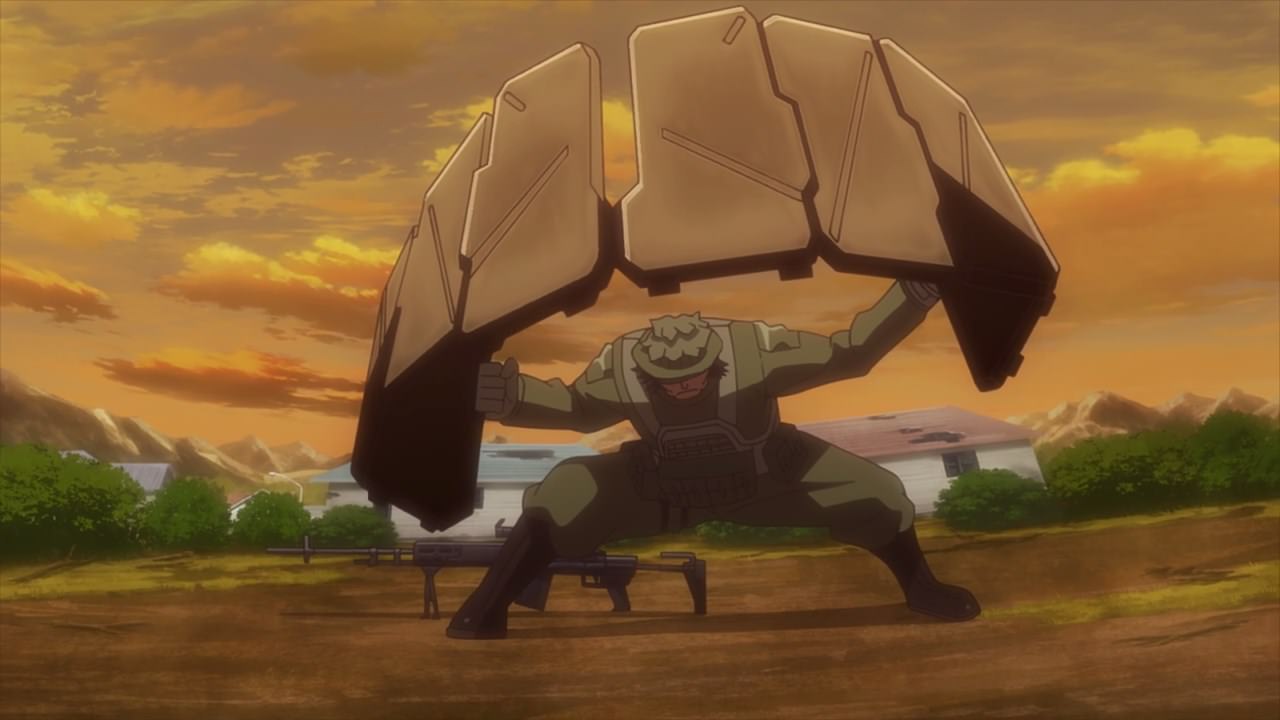 Luckily, M has a solution in which he has a portable barrier that can use as a makeshift bunker. This barrier is made from space-grade materials and it costs a ton of money to buy one from the underground market. 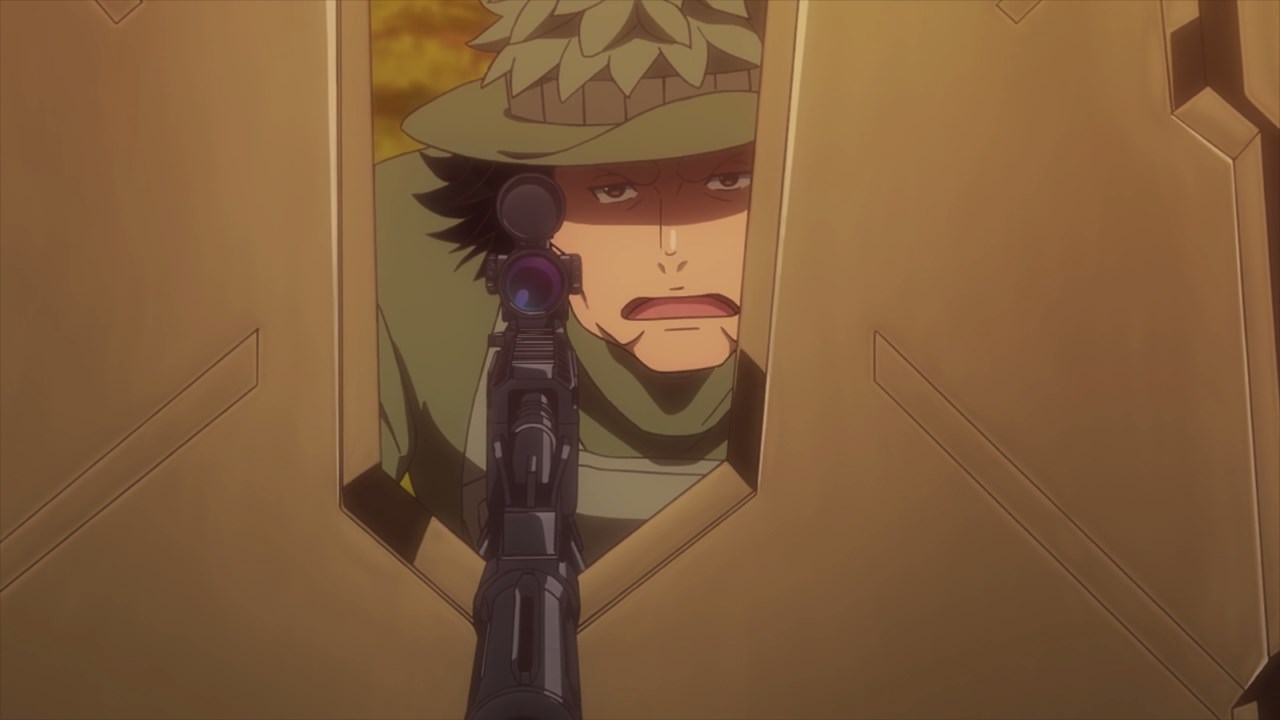 Of course, there’s a slot in the barrier in which M will place his M14 rifle to fire his target. Should the enemy got a bit lucky and manage to shoot through the opening, M will be a goner. 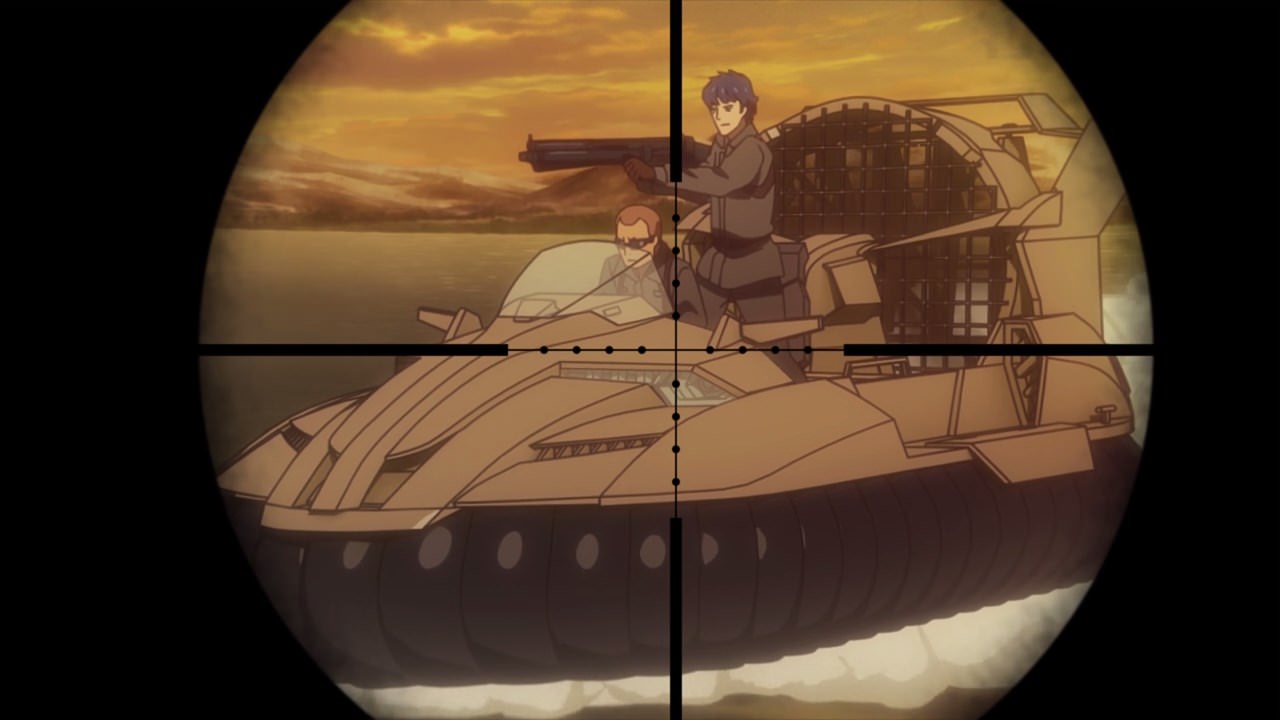 However, it’s not like M will simply hide inside the barriers and wait for them to exhaust all of their ammo as M will snipe them. 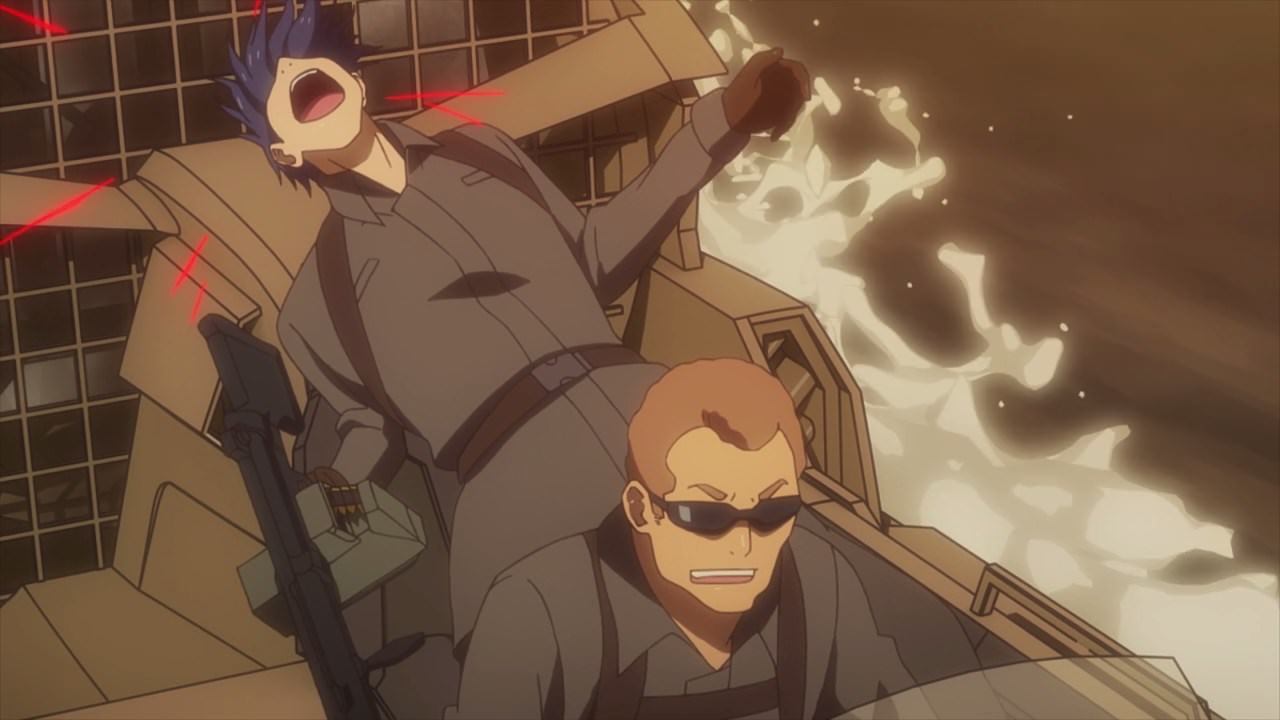 Except that instead of showing the usual bullet line, M will control his breathing and pull the trigger like a professional sniper.

Because of this, the opposing team didn’t saw it coming and they paid the price! 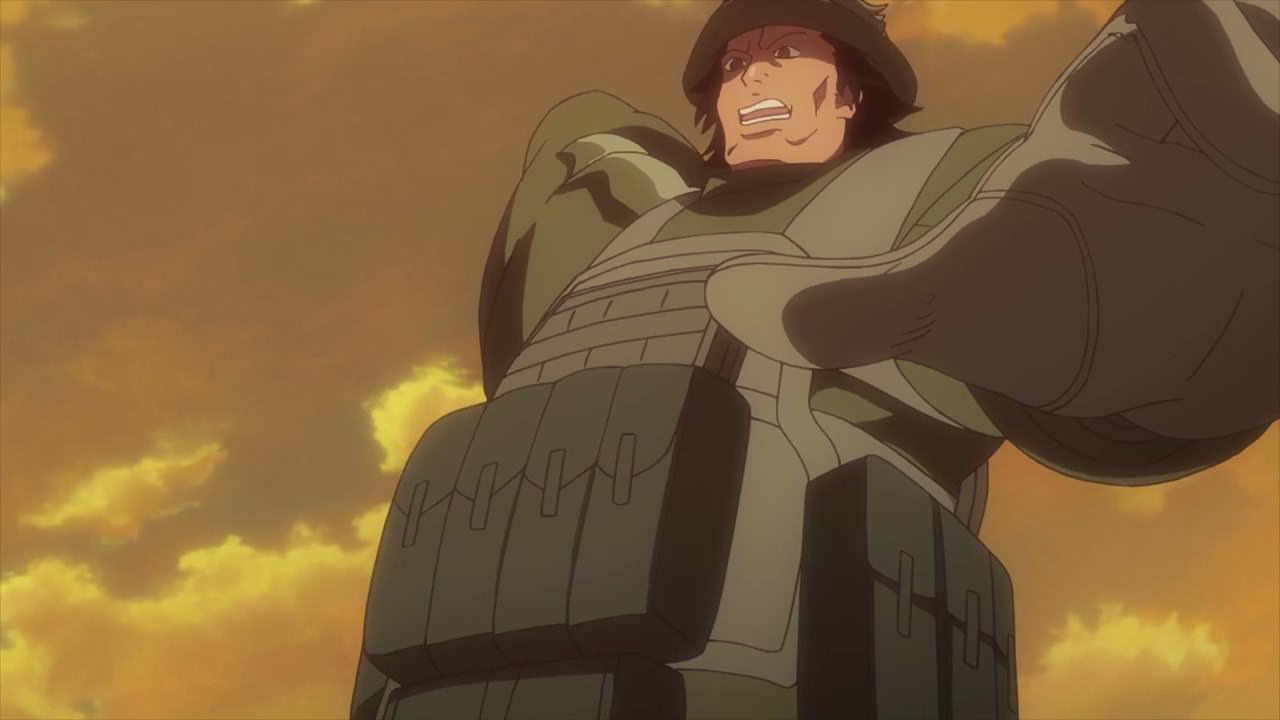 Oh and to make matters worse for them, M throw a deca-nade over the river… 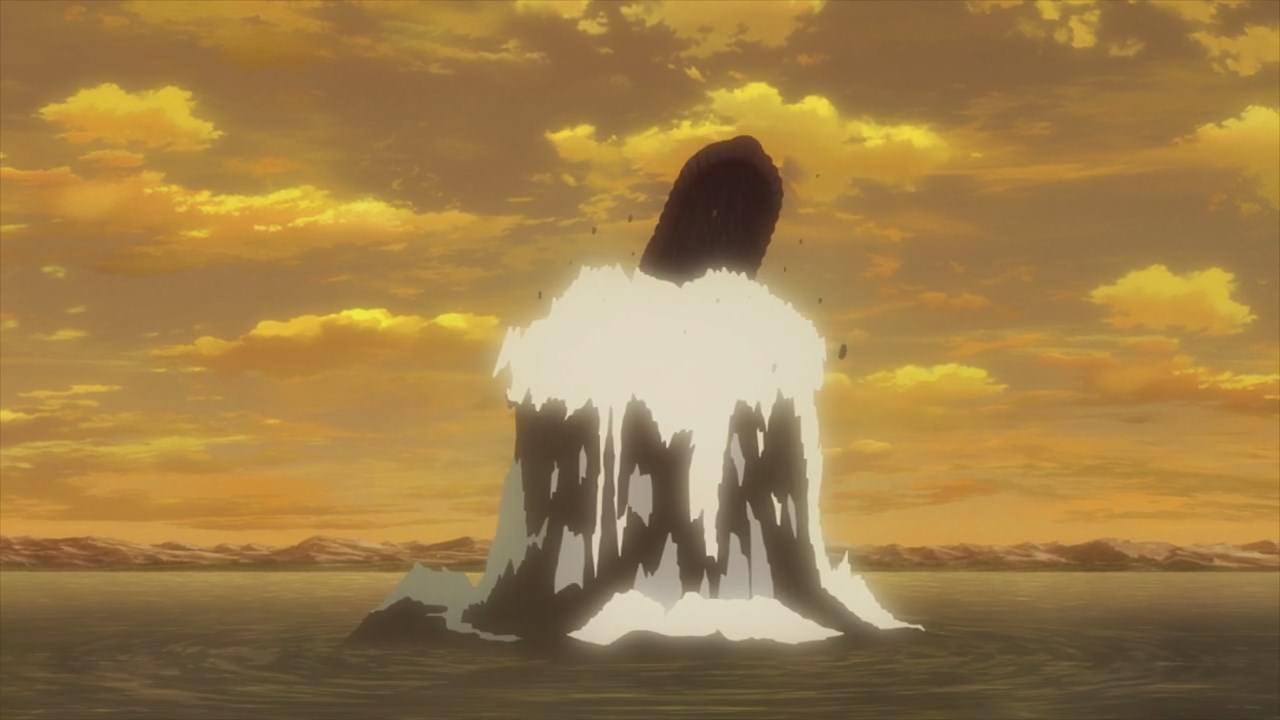 …which sends this hovercraft flying thanks to its large explosion. 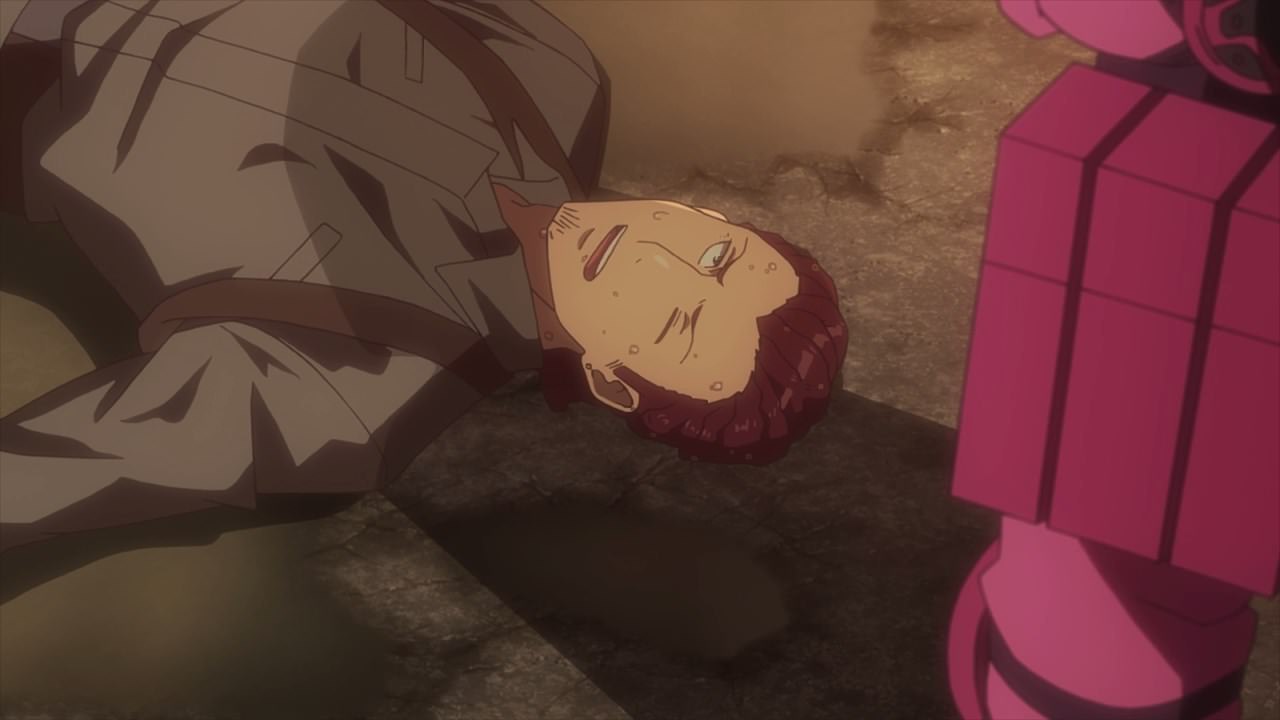 As for the last man of the opposing team, it looks like his game is finally over… 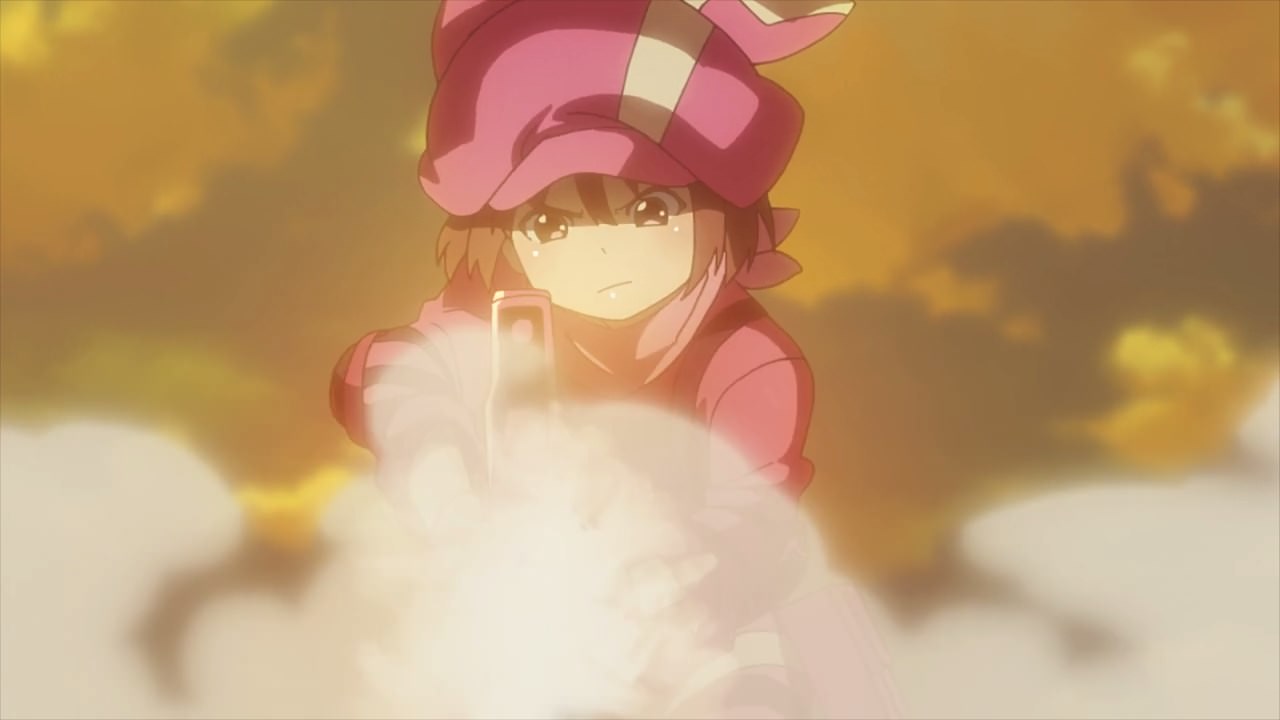 …as LLENN peppered him with lead. Then again, it’s pretty much overkill!

So with one team down, this tournament has two teams left and the only thing that LLENN and M can do is to survive. 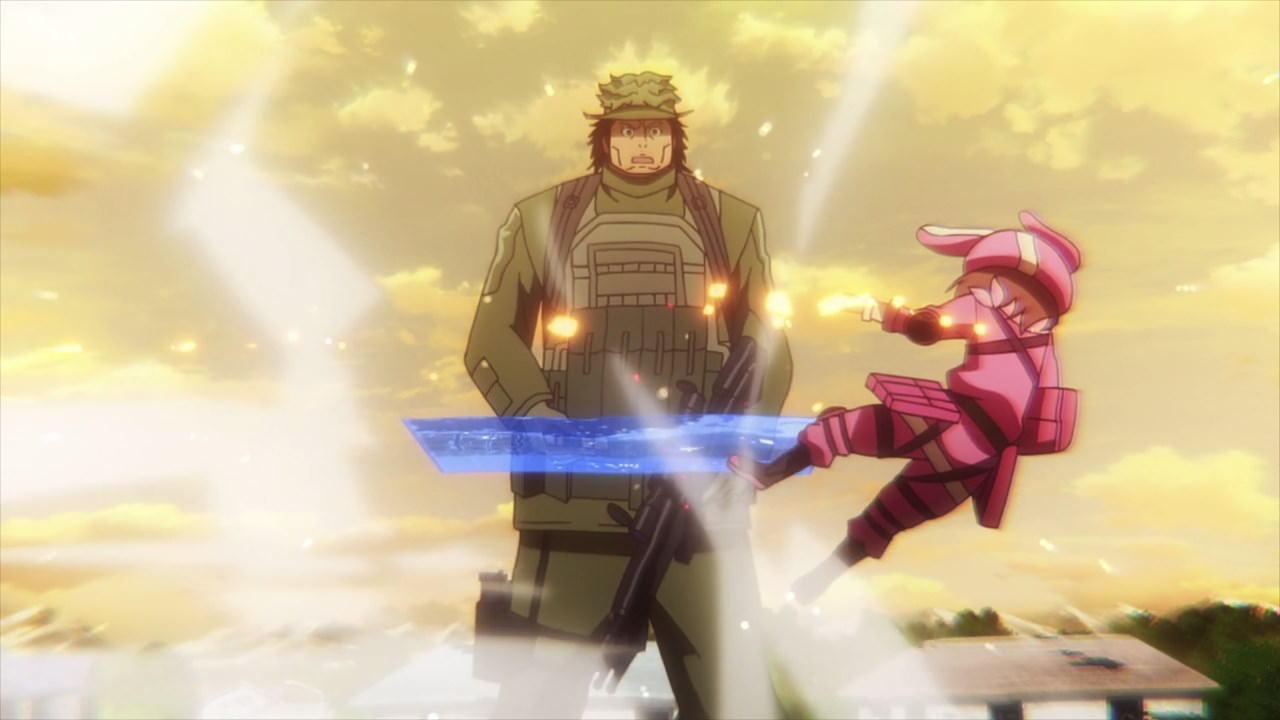 But then again, seems that their opponent got two steps ahead of them as LLENN got sniped during the scanning phase. 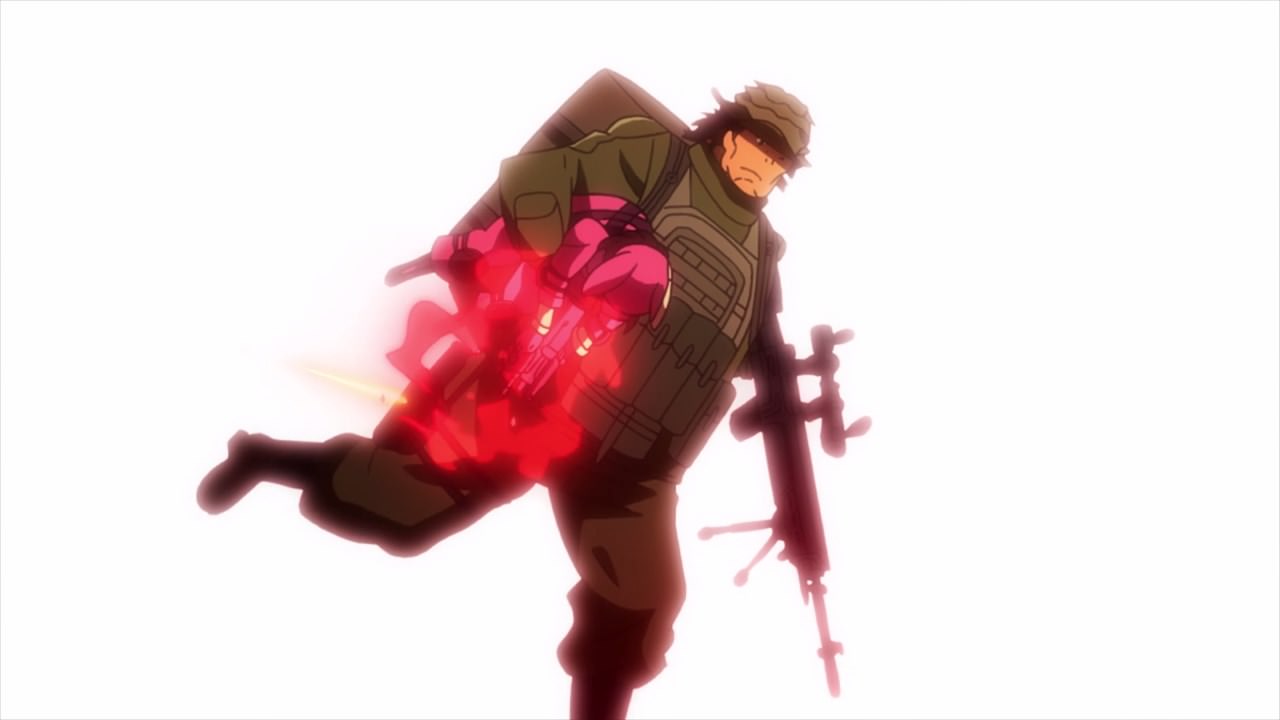 Oh and not only that, but M got shot in the hip. Well, at least their heads were not blown off by the enemy. 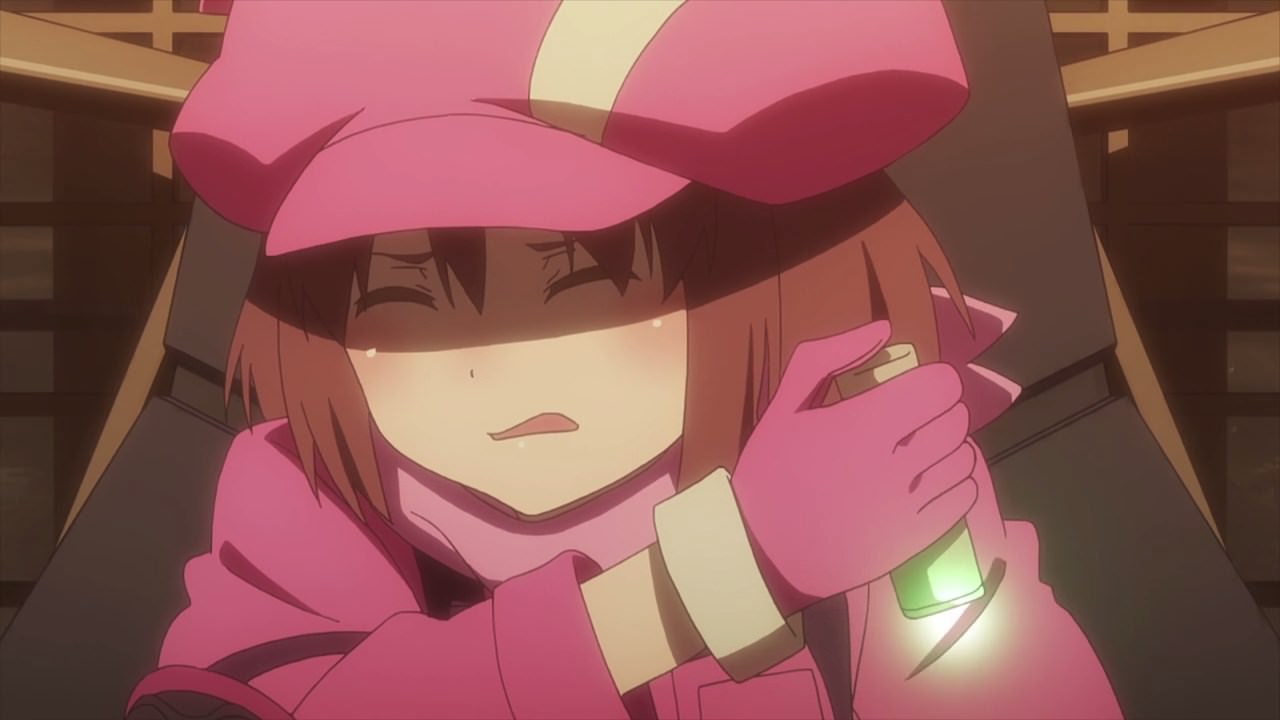 So with that said, LLENN and M will have to get away from the opposing team as they use their medkits to heal themselves. And oh boy, that team is quite a powerhouse… 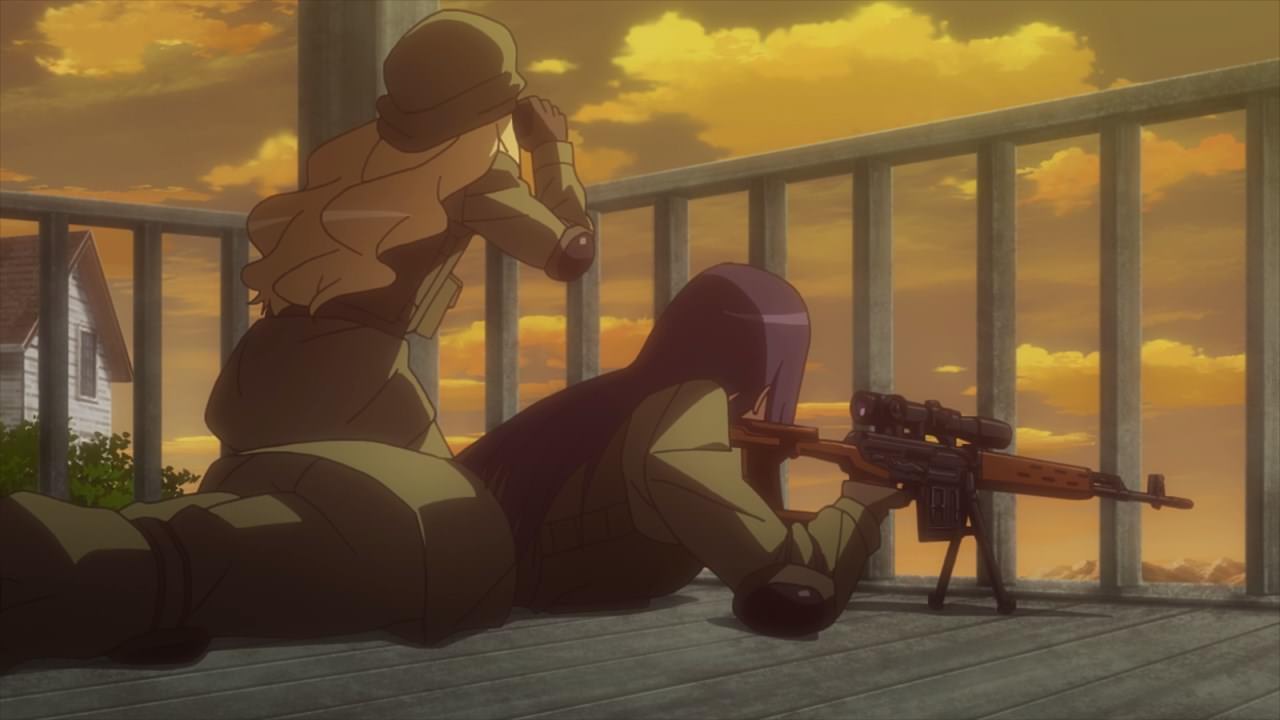 …especially when this team is composed of female professionals. Much like the JSDF team from Episode 1, it’s gonna be a tough team to beat to win Squad Jam. 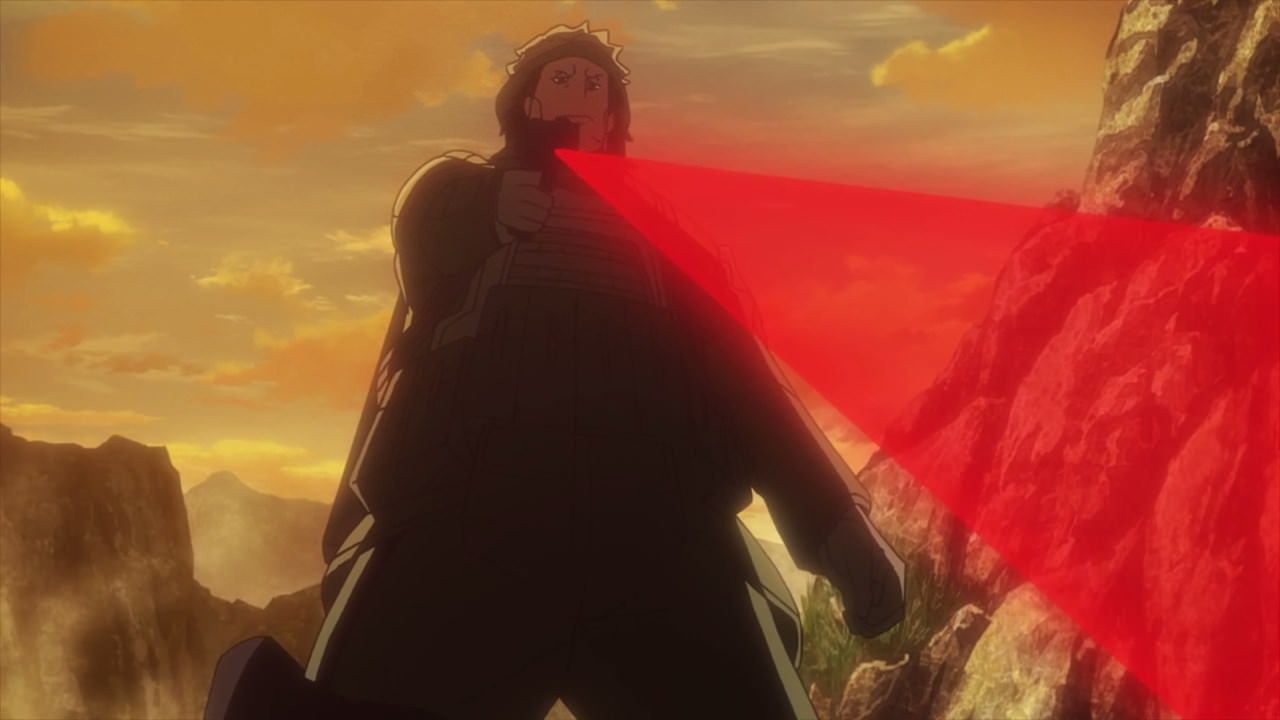 But let’s go back to both LLENN and M where there’s a betrayal happening right now with M aiming his handgun at LLENN. What the hell is he pulling on this critical stage for god’s sake? 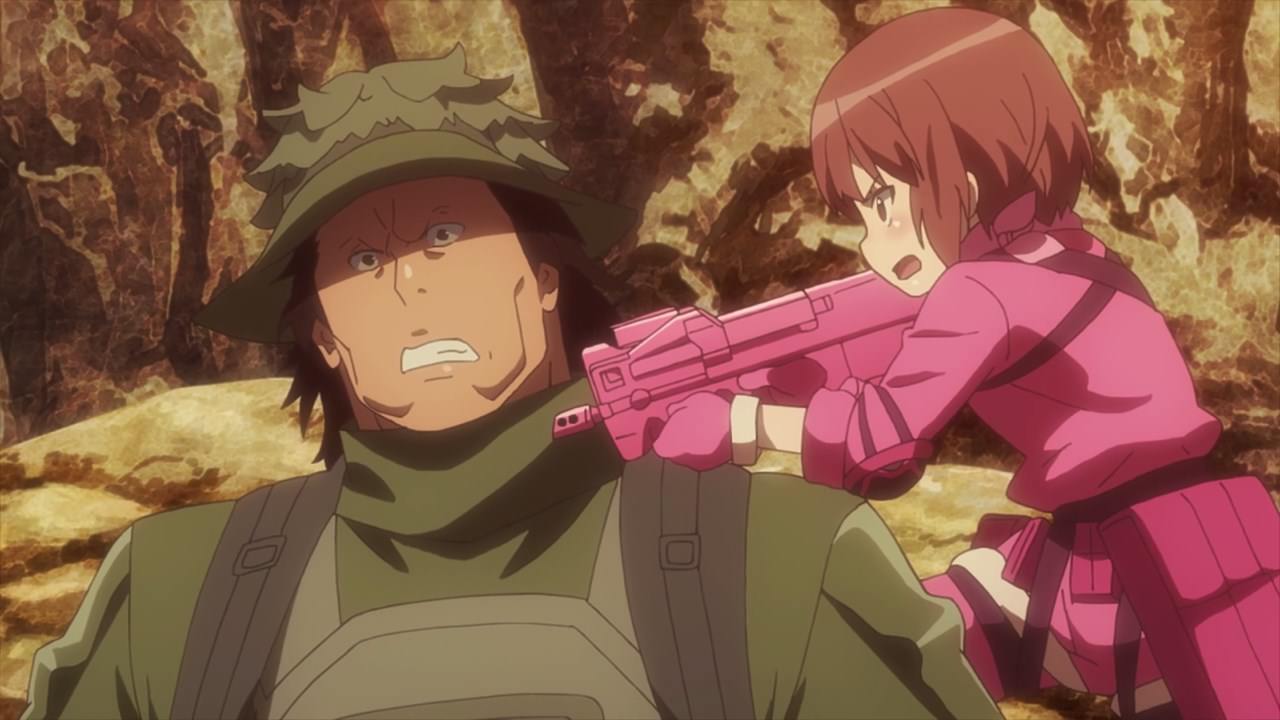 Fortunately, LLENN is quick at her feet as she told M that he forgot to disengage the safety lever. And before he knew it, M couldn’t do anything but stand there as LLENN is about to pull the trigger.

Well, I have to say that LLENN shouldn’t trust M in the first place. 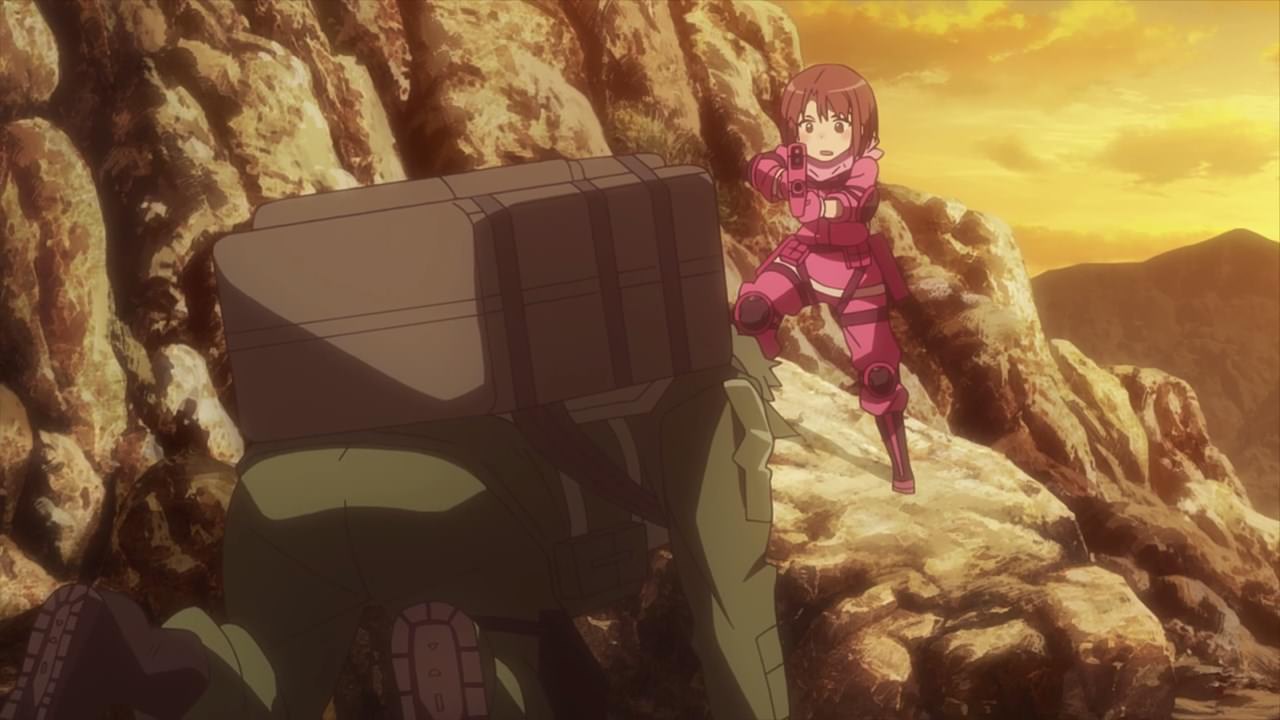 But speaking of M, it appears that he wants LLENN to spare his life as M doesn’t want to die yet. Wait, where’s my goddamn stoic character and now he’s reduced to a big sobbing guy?

Well then, I must say that we have a strange turn of events for this week’s episode and it’s interesting that an advance technique called line-less shooting is being used before M broke into tears and begging for his life! But you know what, the only thing that I’m worried about is LLENN surviving against the opposing team by herself should M decided to resign. Anyways, I’ll see you next time!