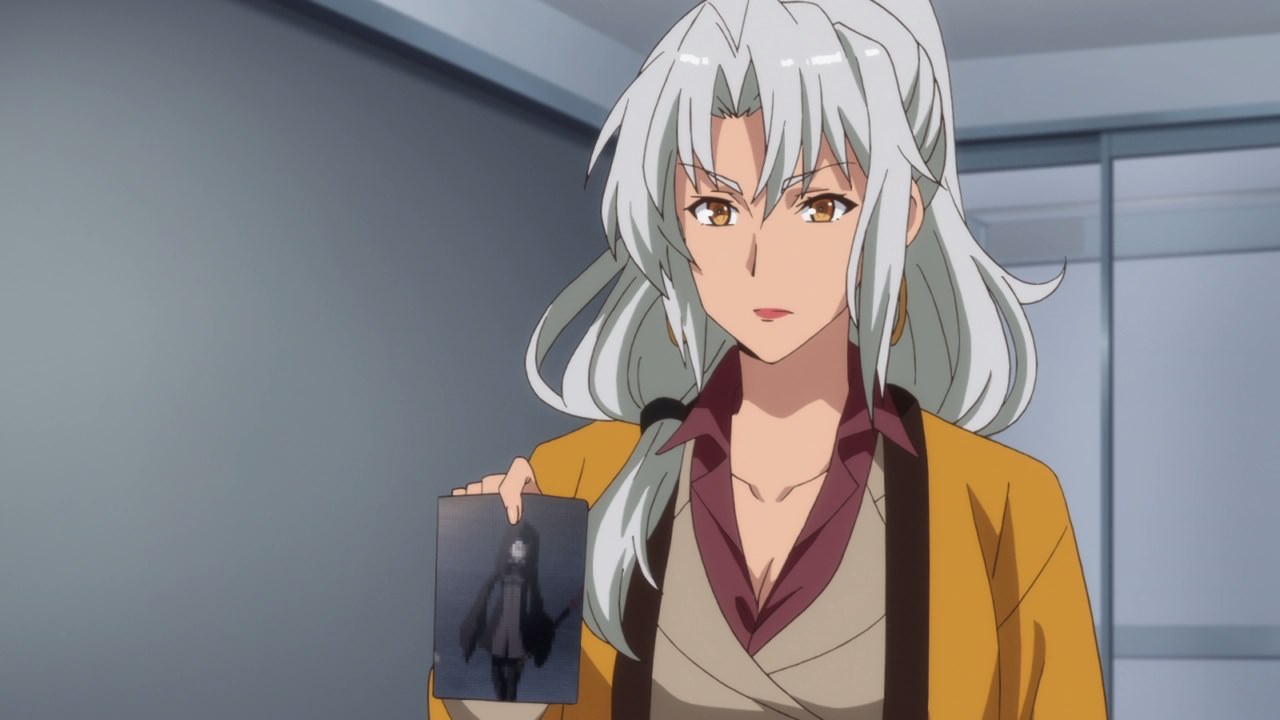 Well, seems that Sana Maniwa is here to ask questions towards Suzuka Konohana regarding the mysterious toji who is stealing noro recently. 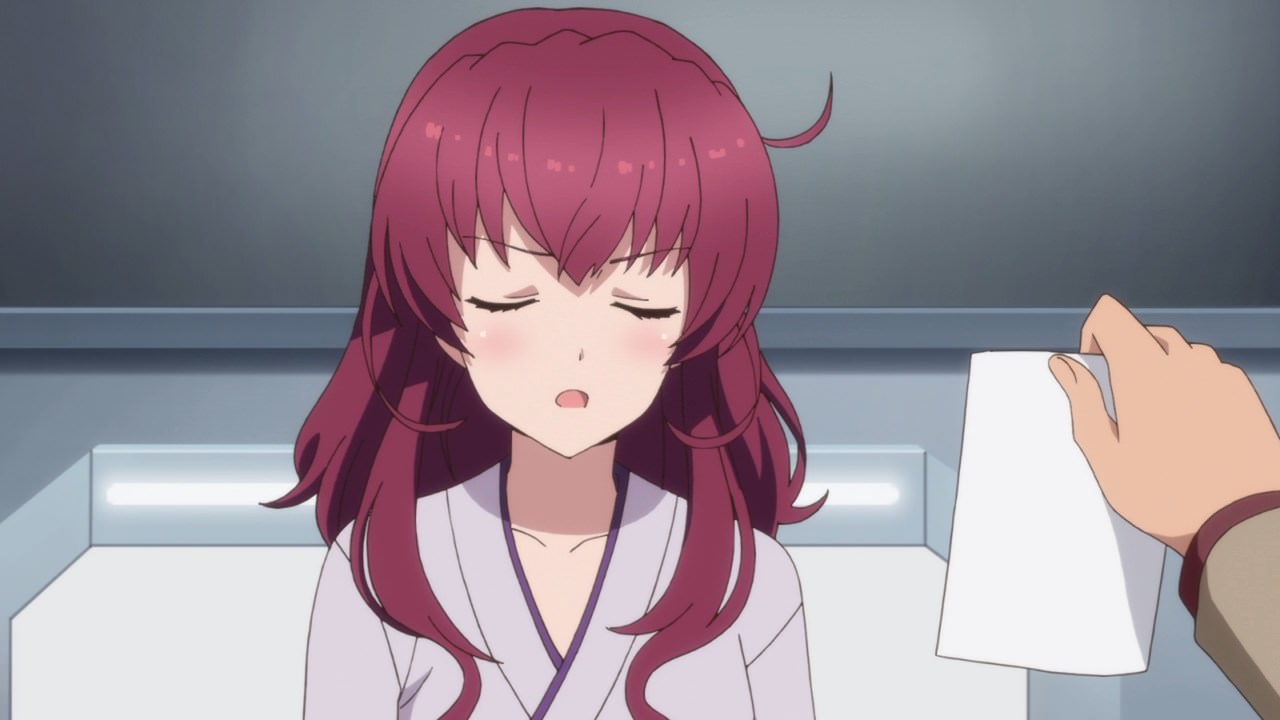 Unfortunately, Konohana doesn’t know who that mysterious toji is so there’s no luck for Maniwa-san.

However, Suzuka Konohana assured to Sana Maniwa that Maki Shidou is not the one who’s attacking other toji and stealing the noro because she’s on a mission to stop that hooded toji. 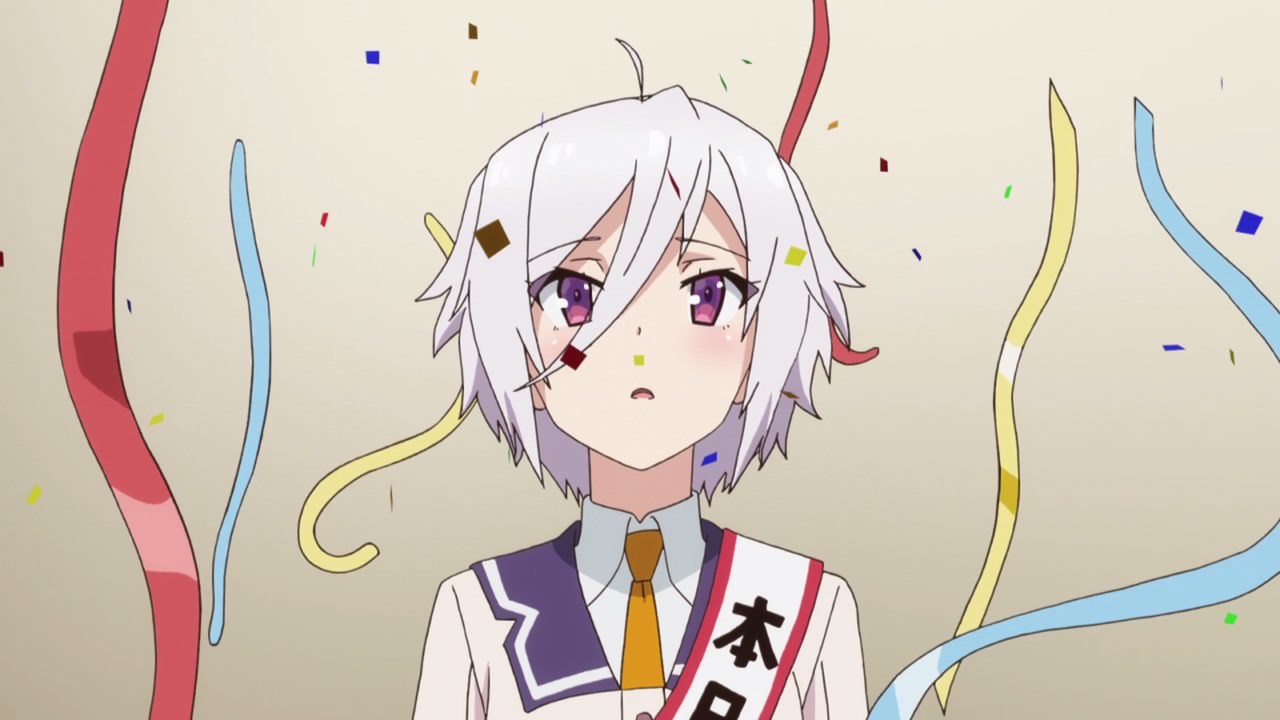 Now then, it’s time for something light-hearted as Kanami Etou and her friends are celebrating Sayaka Itomi’s birthday, which is a surprise for her since no one from Renpu Girls’ School is celebrating her birthday. 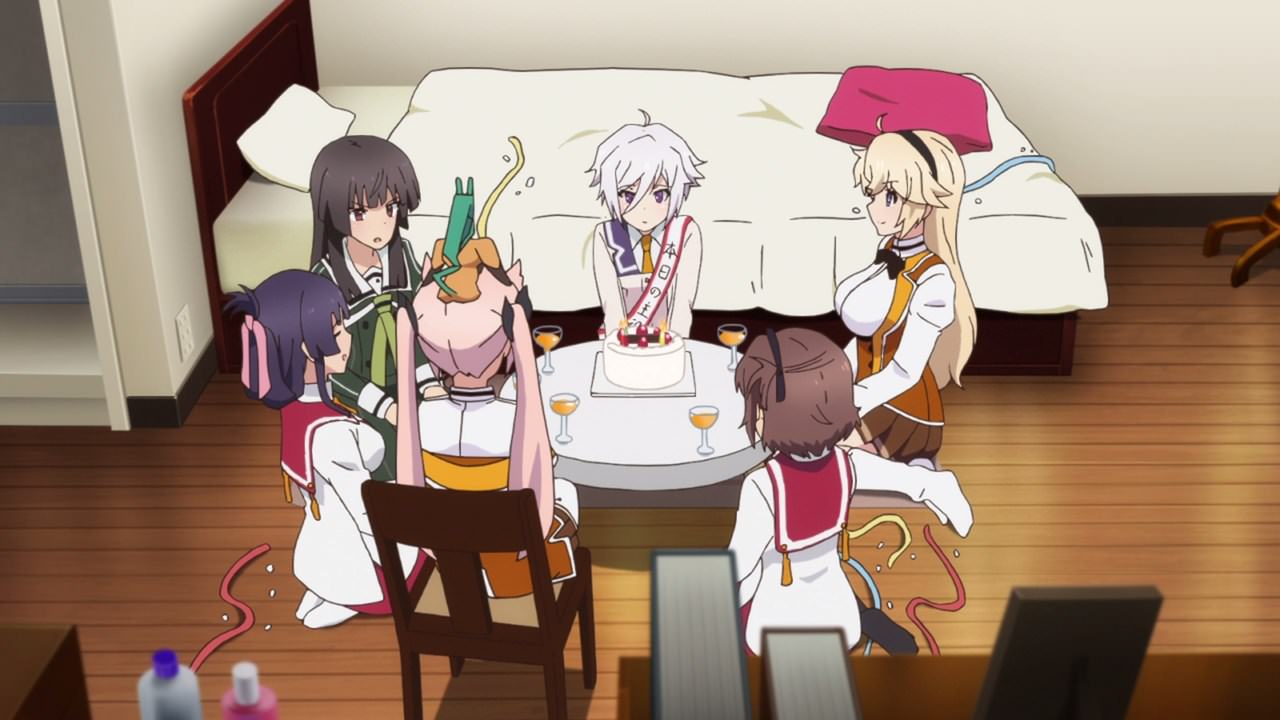 Also, it’s nice to see the whole gang gathered at this tiny room. So while they’ll enjoy this birthday party, the next scene might become a pivotal point for these young girls… 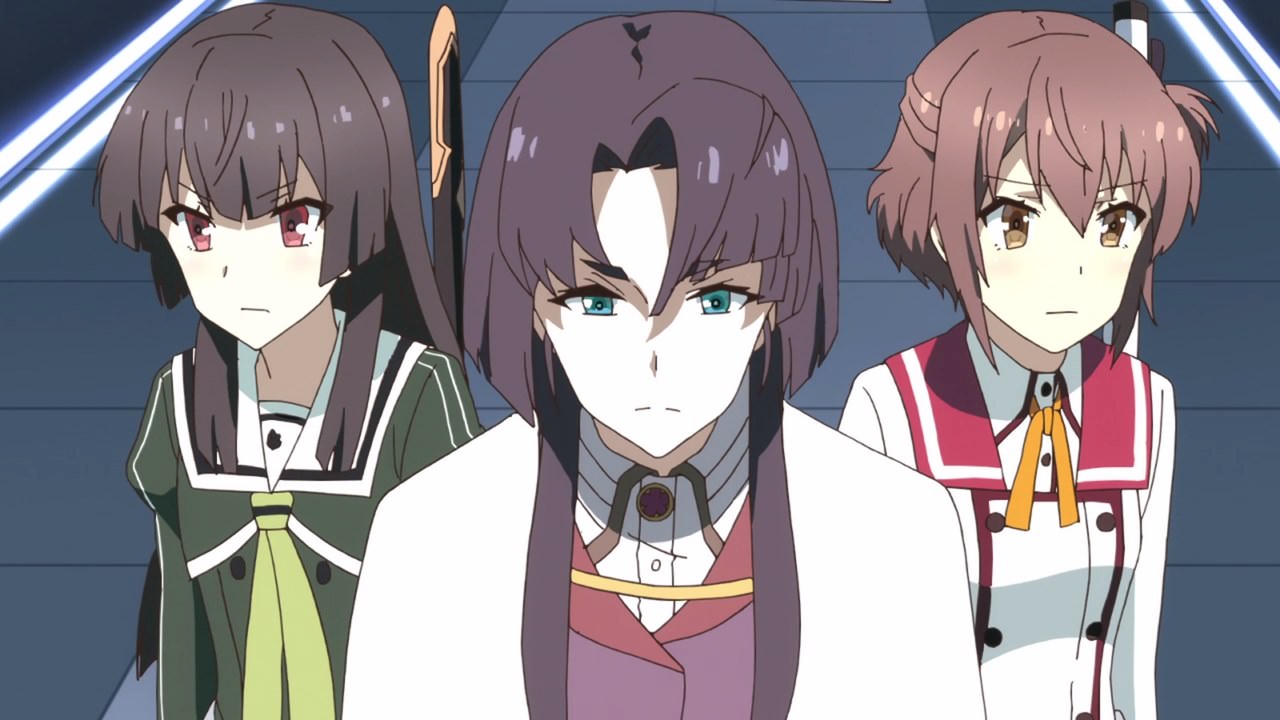 …as Hiyori Juujou and Kanami Etou are invited by Akane Origami to act as bodyguards for this important meeting. 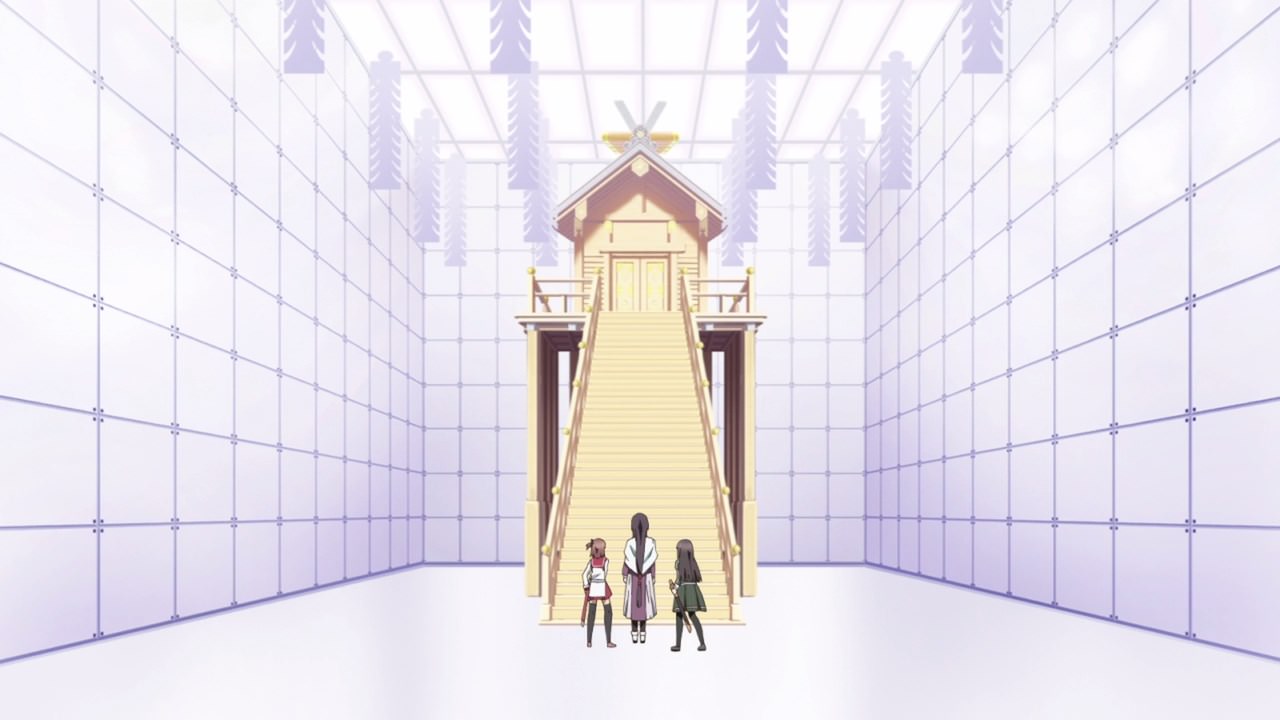 Inside this towering structure lies Princess Takiri, a sentient aratama who doesn’t pose a threat to humanity unlike Princess Tagitsu.

Oh yeah, it turns out that after Princess Tagitsu was defeated 4 months ago, it was split into 3 aratama where 2 of them are currently kept into custody including Princess Takiri, while the remaining one is currently roaming around and stealing noro. 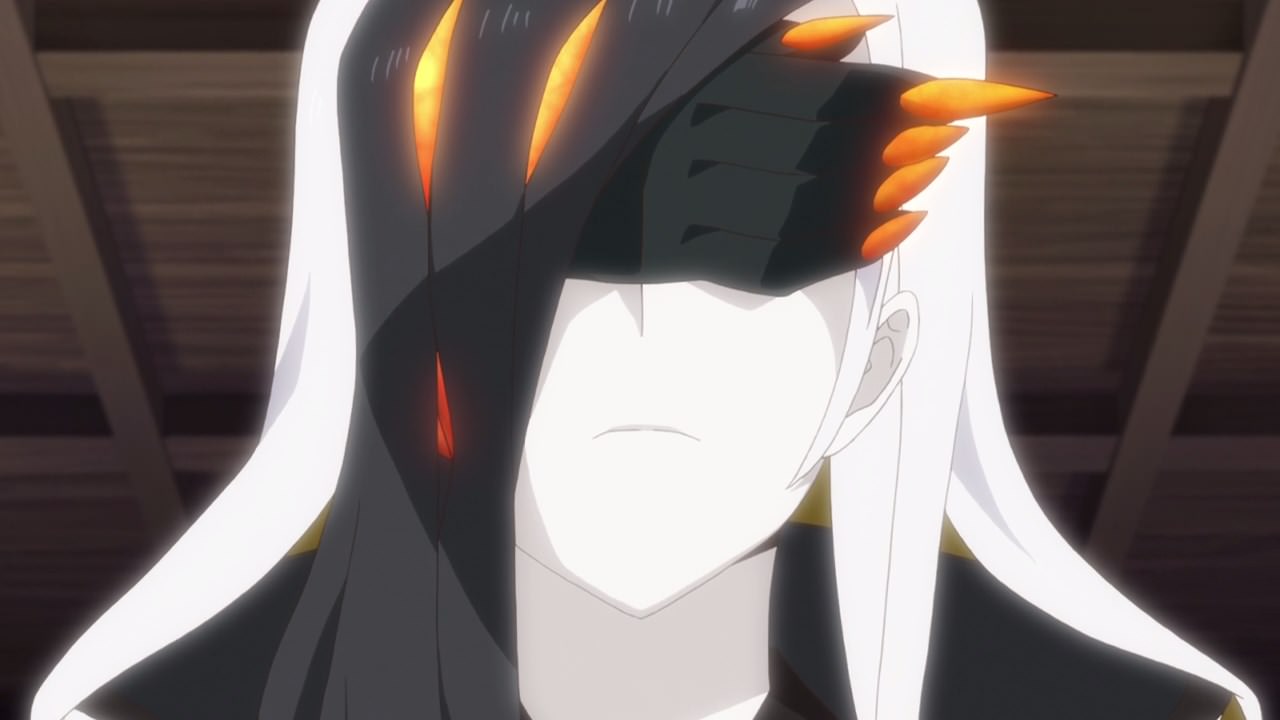 And this is how Princess Takiri looks like as she asked Akane Origami to bring back Princess Ichikishima to her, all while begging both Kanami Etou and Hiyori Juujou to stop Princess Tagitsu at all costs.

Well, I knew that this mysterious figure who’s stealing noro is actually Princess Tagitsu. Question is, how did she learned Yukari Origami’s techniques? Did she absorbed Yukari-sama’s body? We’ll never know for sure. 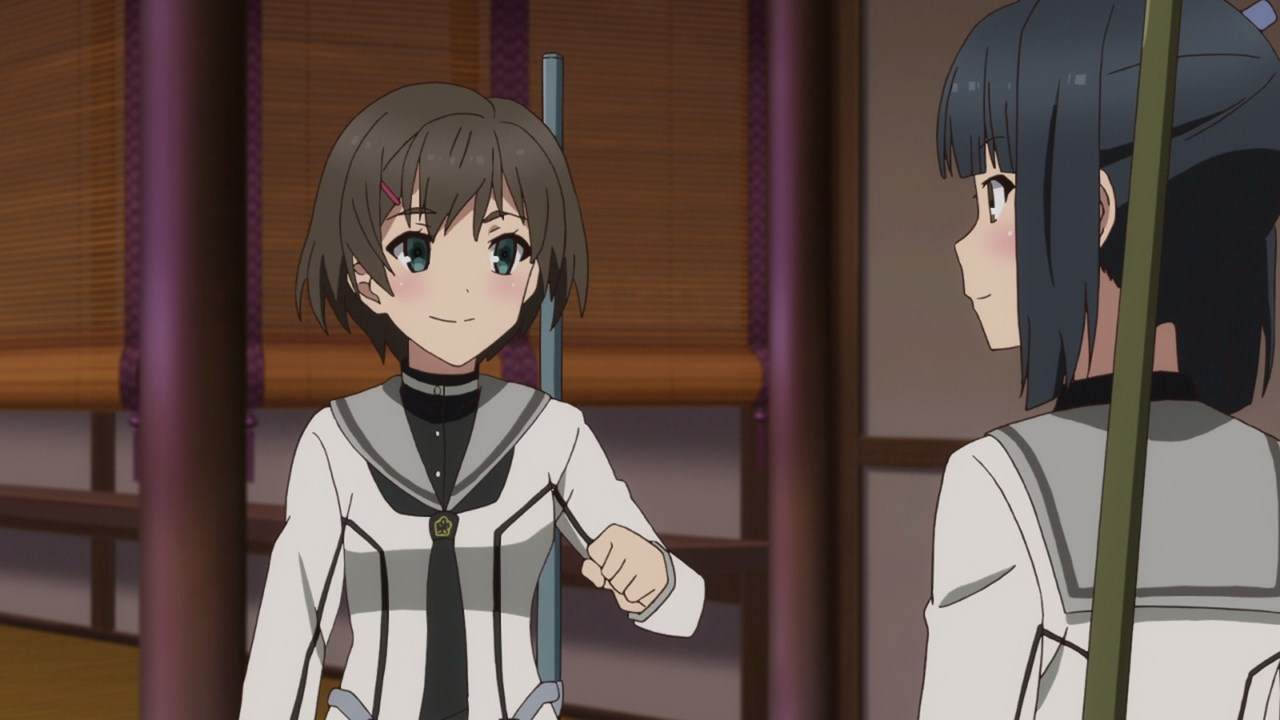 Meanwhile, here’s Ayumu Uchizato as she’s training to be the best toji that’s worthy for Kanami Etou and her friends. C’mon, Ayumu admired Kanami very much! 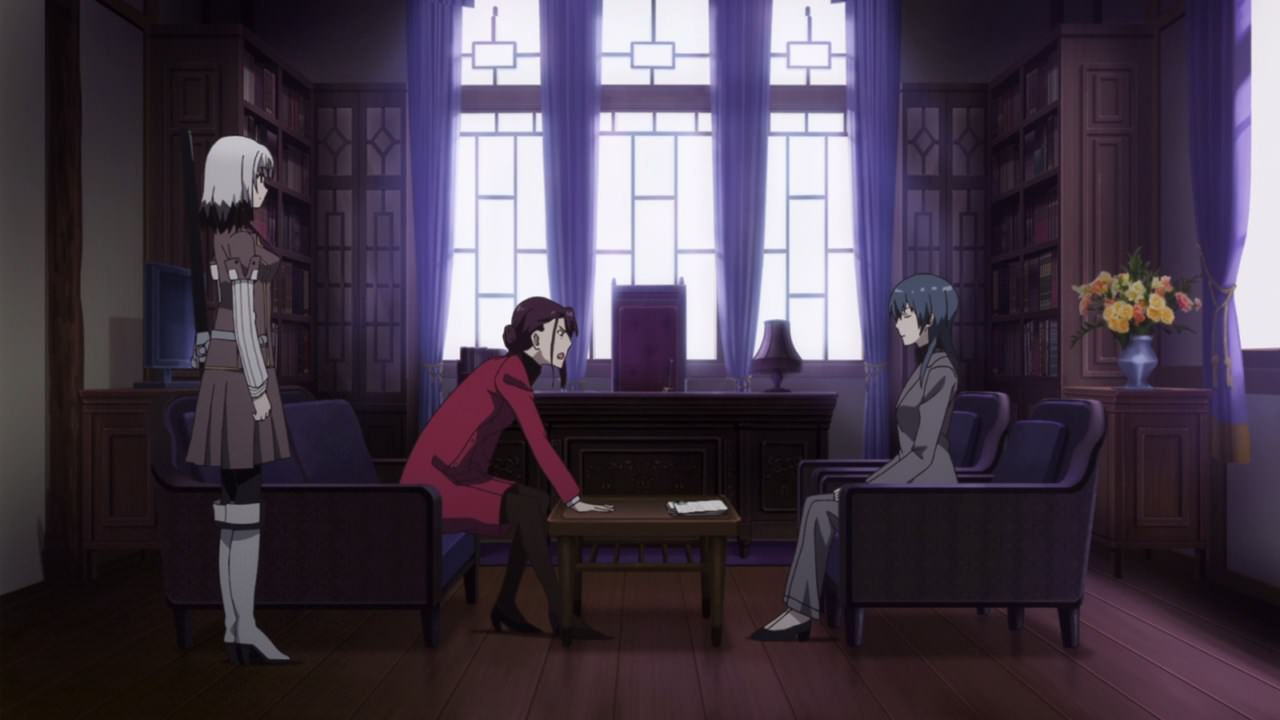 On the other hand, seems that Yukina Takatsu is getting impatient as she told President Yuzuki Souraku to select a student from Ayanokouji Martial Arts School for her experiment to turn an ordinary toji into a perfect one.

Then again, I don’t think Yuzuki-san will lend one of her students to that crazy bitch easily. So yeah, it’s not gonna happen! 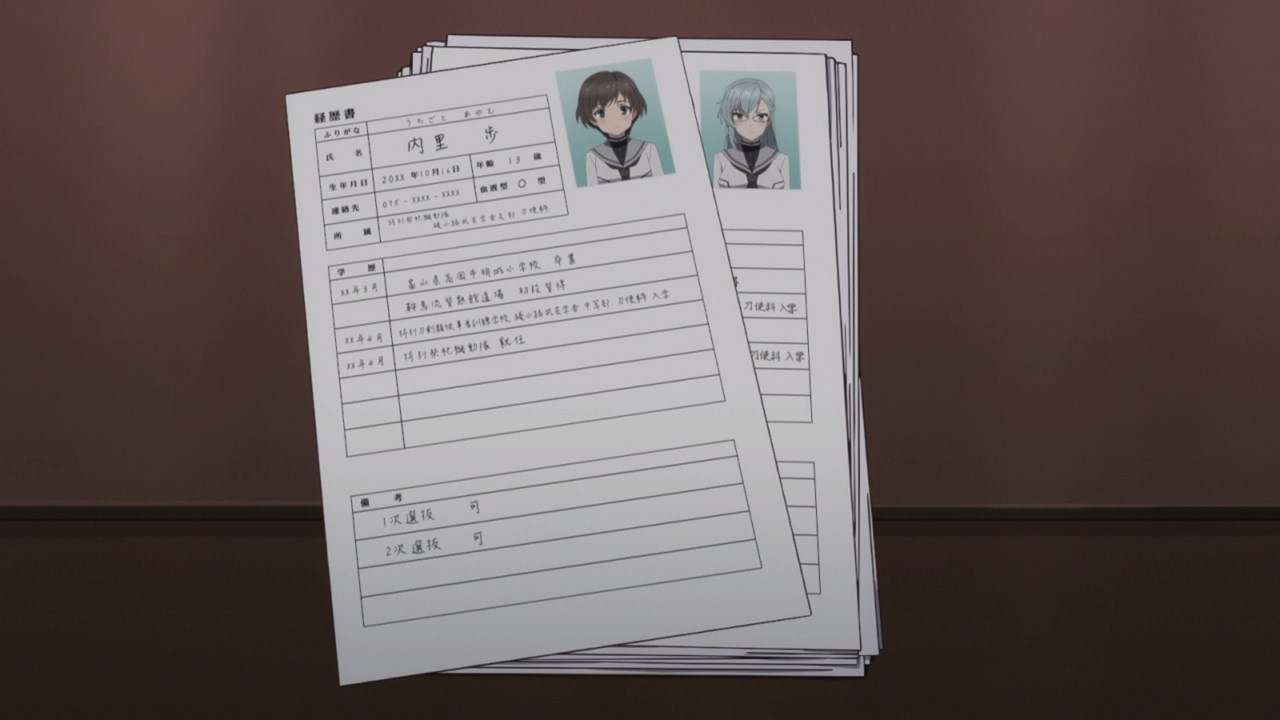 Oh no, don’t tell me that President Souraku will let one of her students to become Takatsu’s guinea pig for her perfect toji project?

Please, I’m hoping that Ayumu Uchizato is spared on this ’cause I don’t want her to become like the next Yume Tsubakuro! 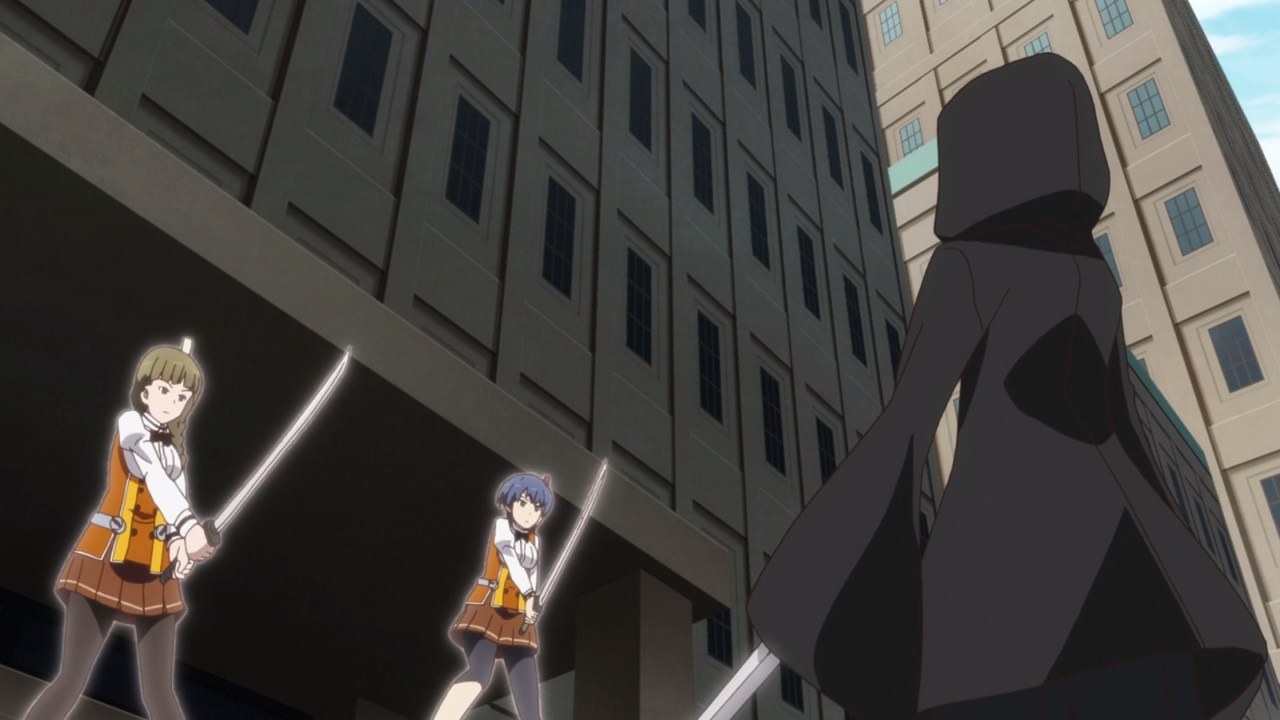 Now then, let’s go back to what’s important right now as both Satomi and Takako encountered this mysterious toji again. 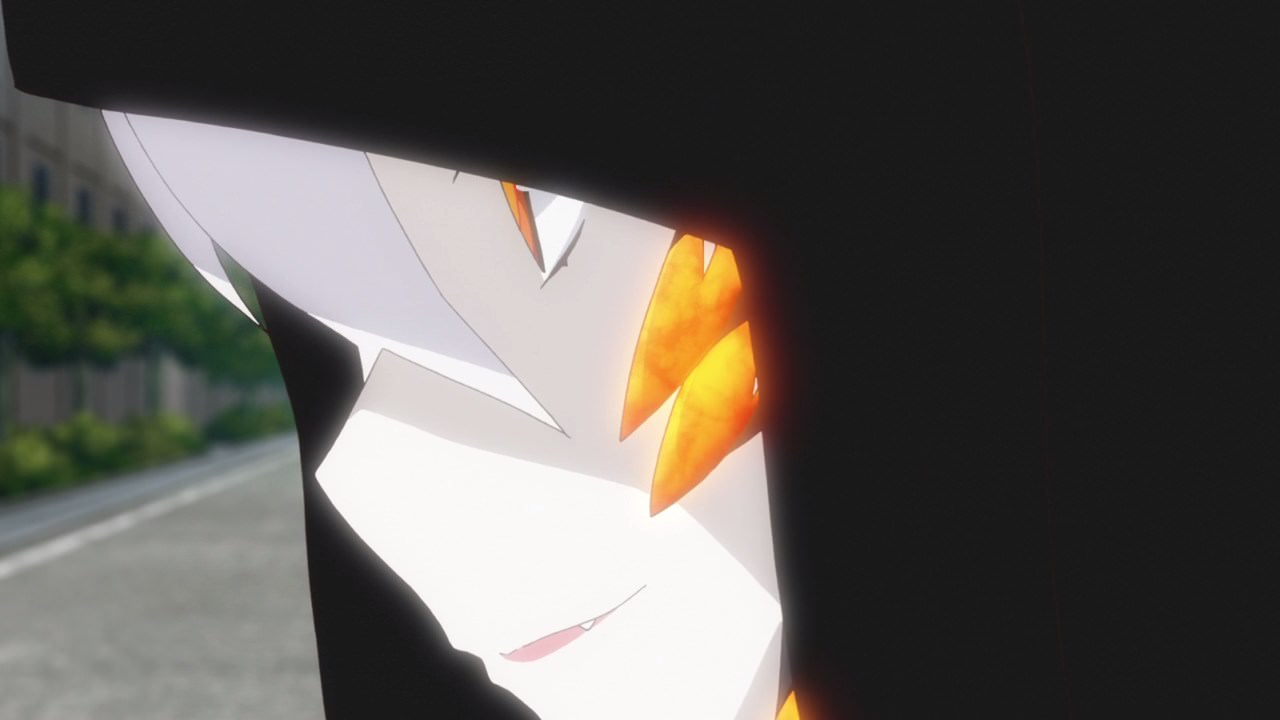 Well, we already know that she’s none other than Princess Tagitsu as she’s here at this military facility to fuse with Princess Takiri. 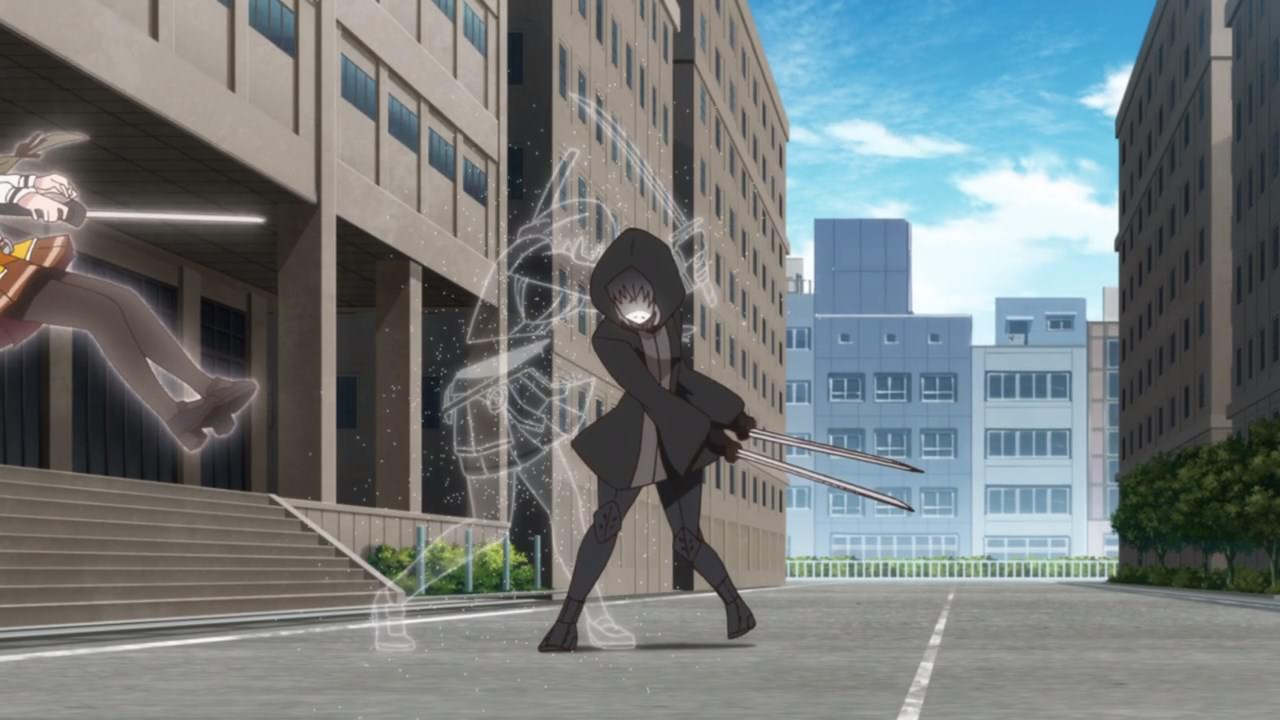 Of course, Princess Tagitsu must defeat the guards in order to get Princess Takiri. As for the likes of Satomi and Takako, they’re not so lucky this time! 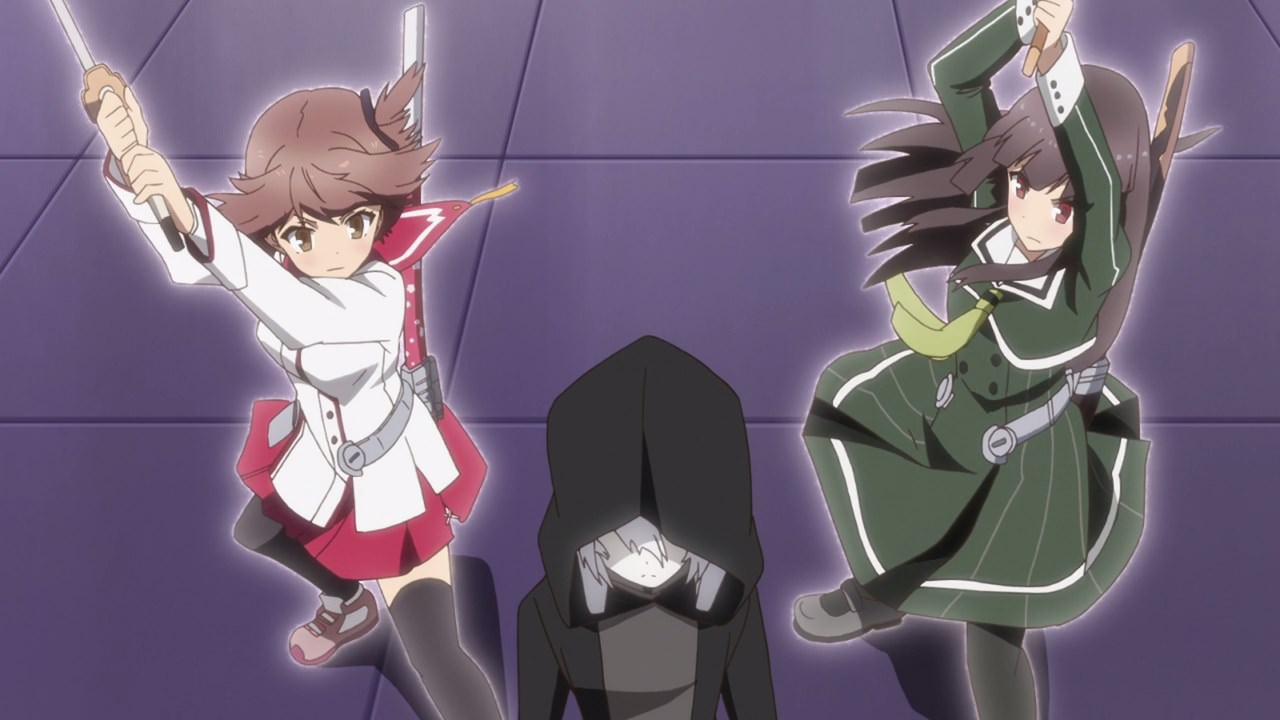 However, there’s a chance that Princess Tagitsu can be taken down when Kanami Etou and Hiyori Juujou arrived to stop her.

After all, they’re the ones who defeated the great aratama 4 months ago. 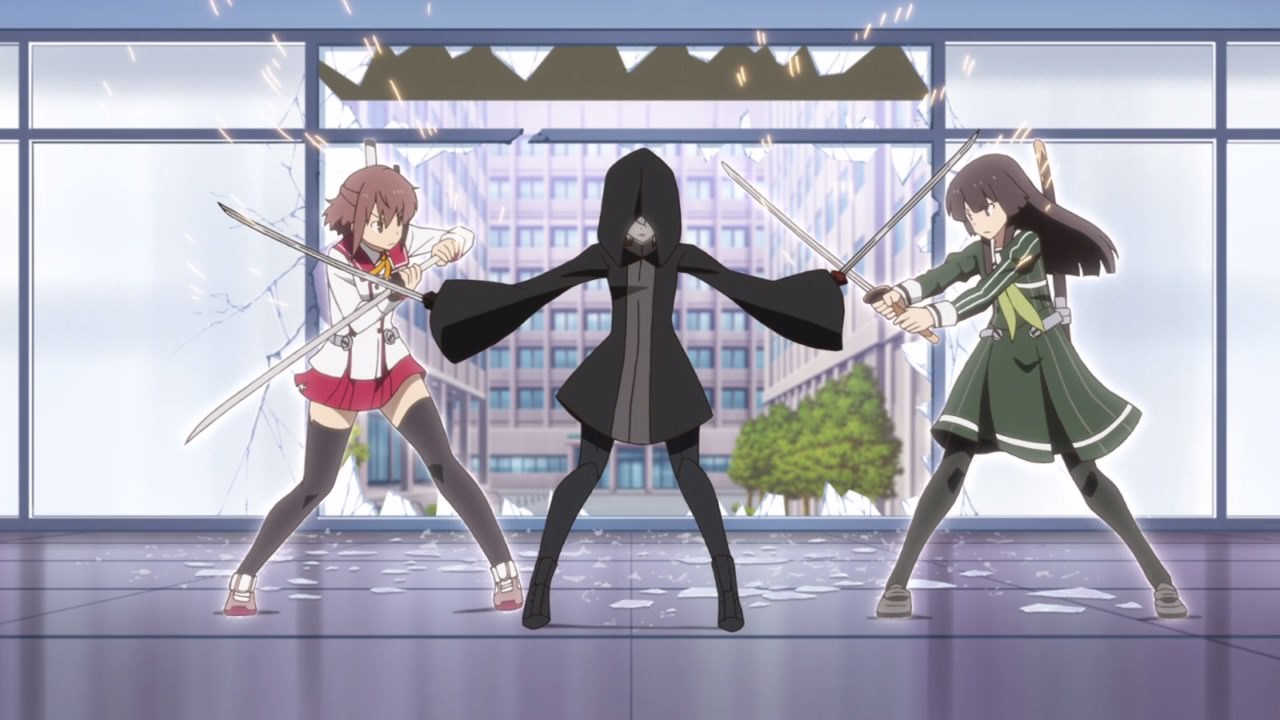 Then again, both Kanami and Hiyori couldn’t beat Princess Tagitsu as she has all of Yukari-sama’s techniques. Well, looks like it’ll be a hard time finishing this aratama off! 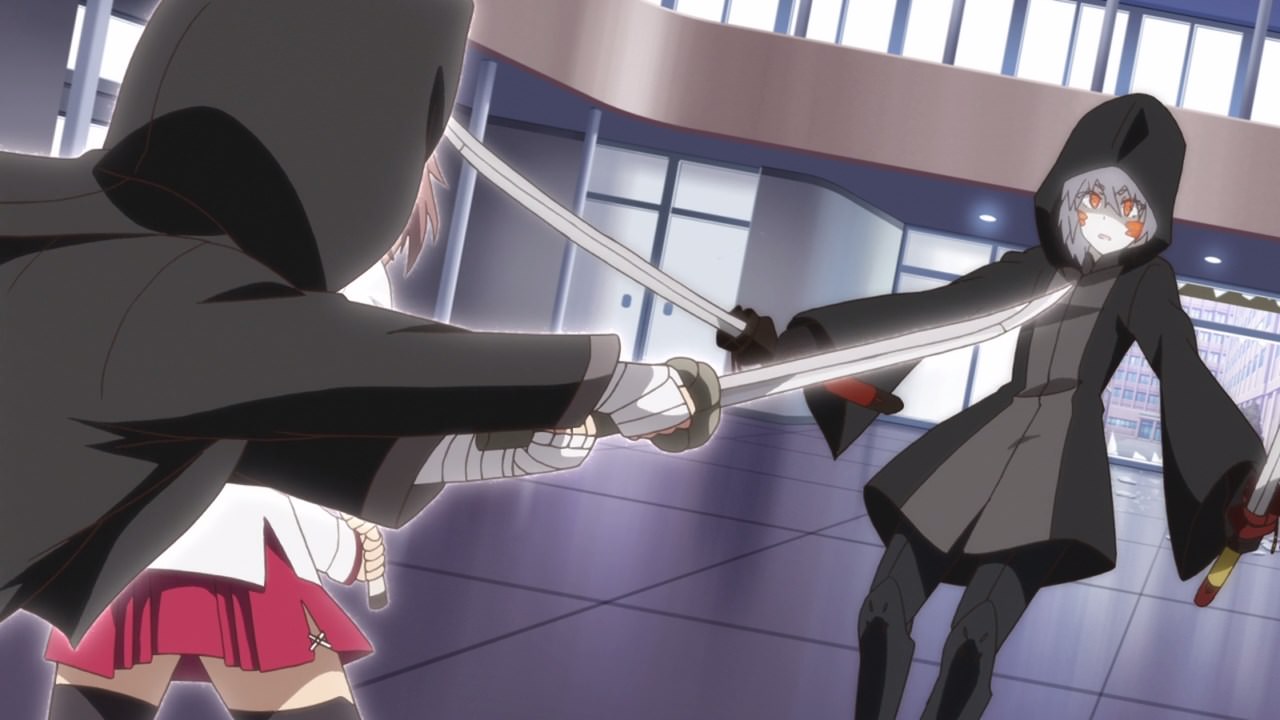 That’s until a certain Maki Shidou arrived to stop Princess Tagitsu from accomplishing her plans. Well, at least we know that Maki-san is still on the good side. 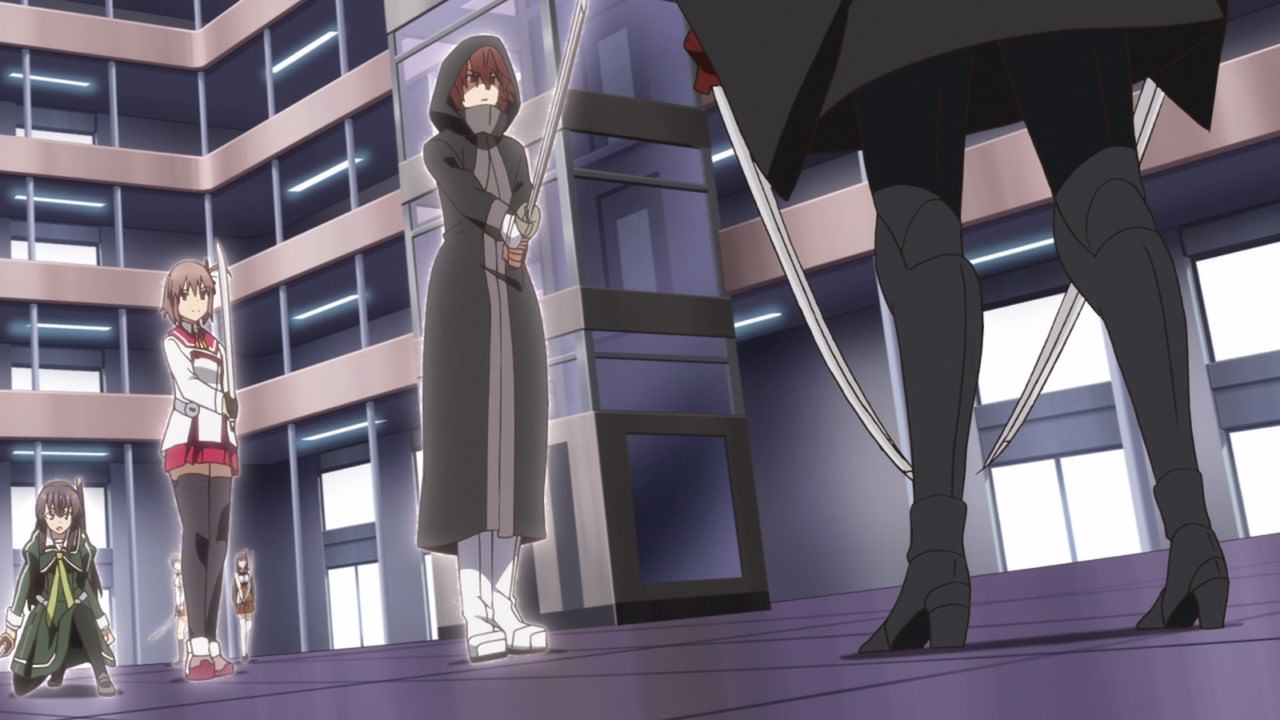 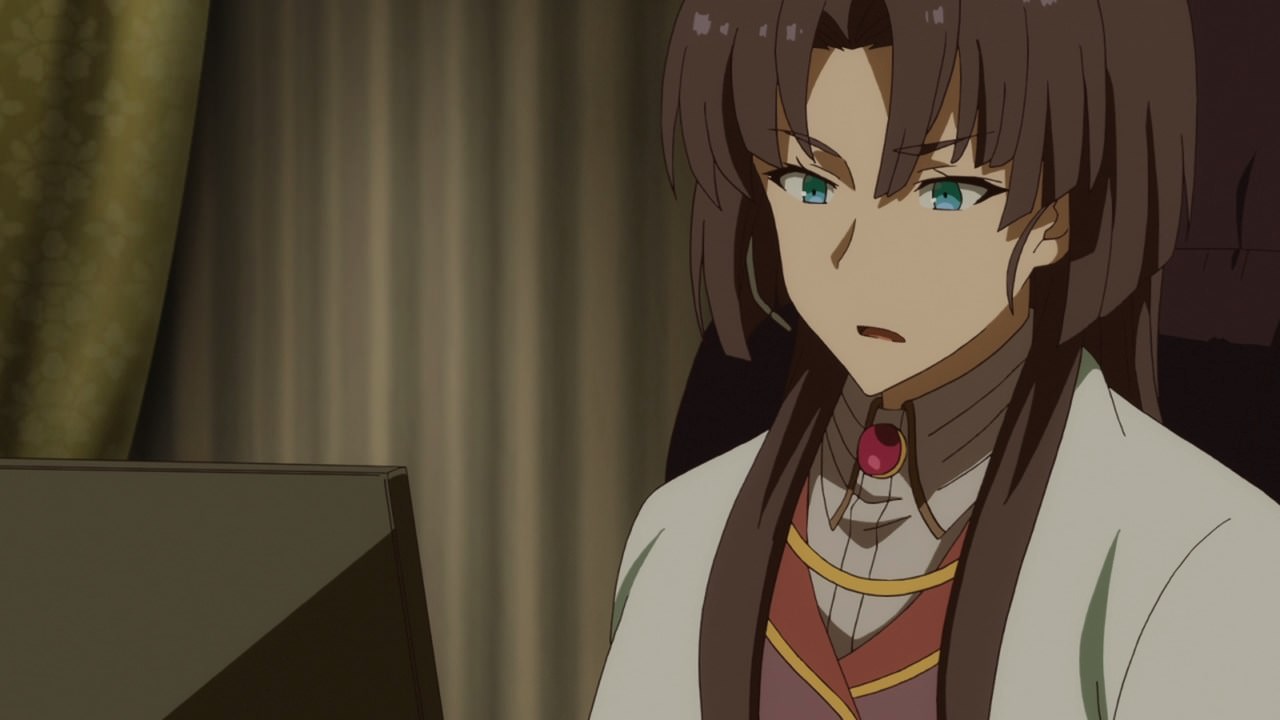 Lastly, here’s Akane Origami as she’s reporting a certain person in regards to Princess Tagitsu as she already know the location of Princess Takiri.

Hmm, I wonder who that person Akane-sama is talking to? 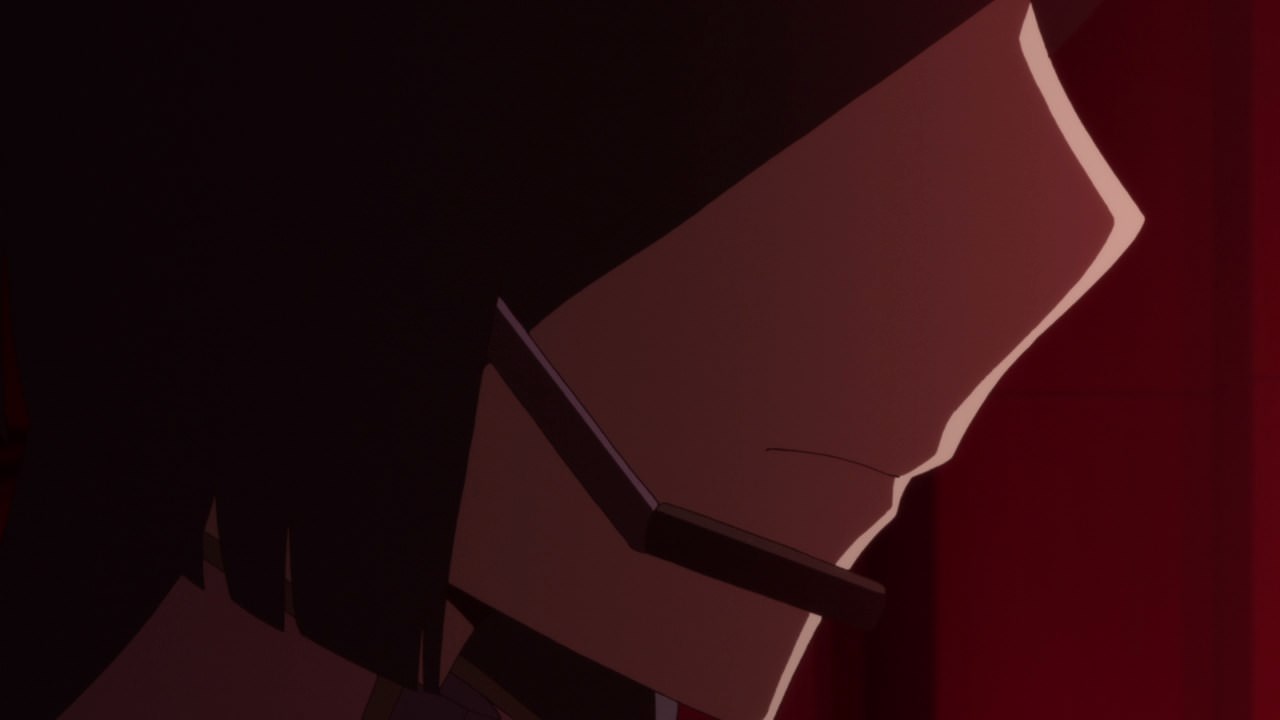 Well, it turns out that it’s none other than Yukari Origami and- Wait, is she supposed to be stuck in the netherworld forever? How come Yukari-sama managed to get back from the dead? Man, this is confusing since Princess Tagitsu already possesses her techniques.

By the way, there’s a truth behind the great aratama’s possession of Yukari Origami as it turns out that Yukari-sama is actually suppressing Princess Tagitsu all along rather than letting the aratama completely take over both her body and mind. Even so, she failed to stop Princess Tagitsu in the end so Yukari-sama will need to make up for her mistakes.

And that’s about it for this episode of Toji no Miko. I have a feeling that the next episode will have Princess Tagitsu and her allies make their next bold move to bring chaos across Japan!