Legend of the Galactic Heroes: Die Neue These Episode #05 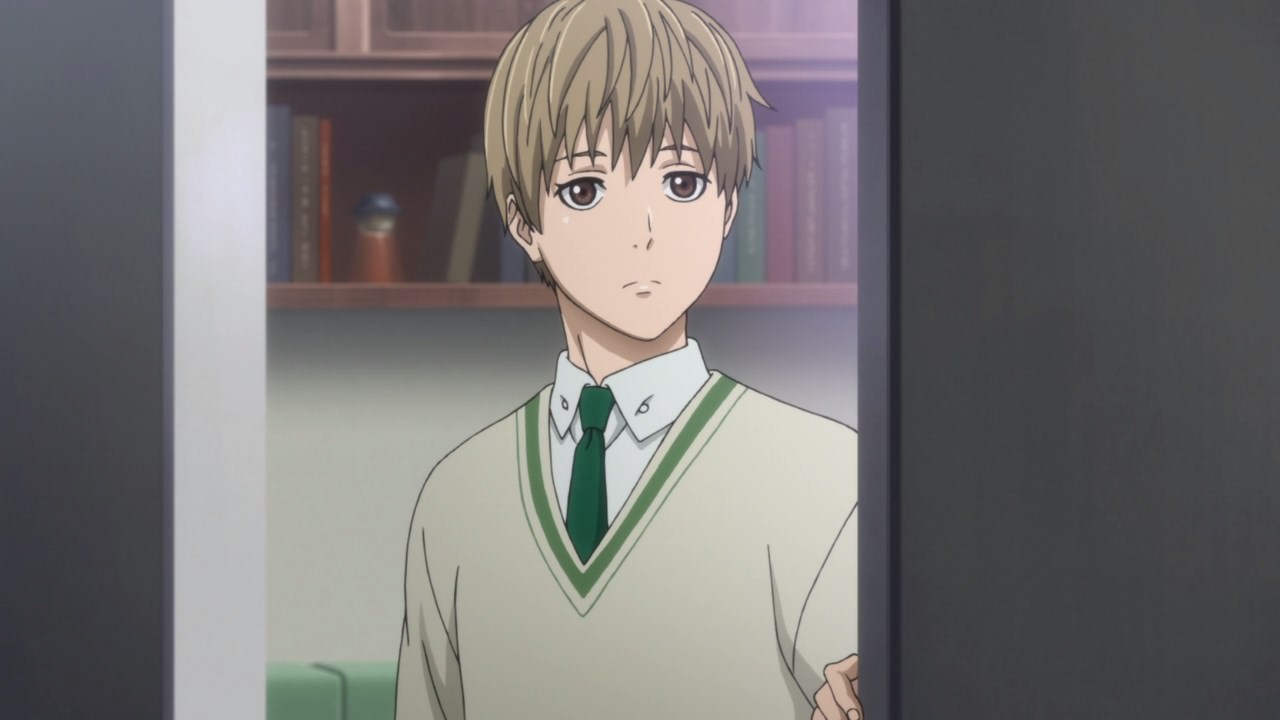 It’s been a few years since the Battle of Astarte and Commodore Yang Wen-li adopted a young boy named Julian Mintz.

Despite being young, Julian is capable of taking care of himself and his adoptive father. Well, he’s basically Wen-li’s caretaker if you look at it. 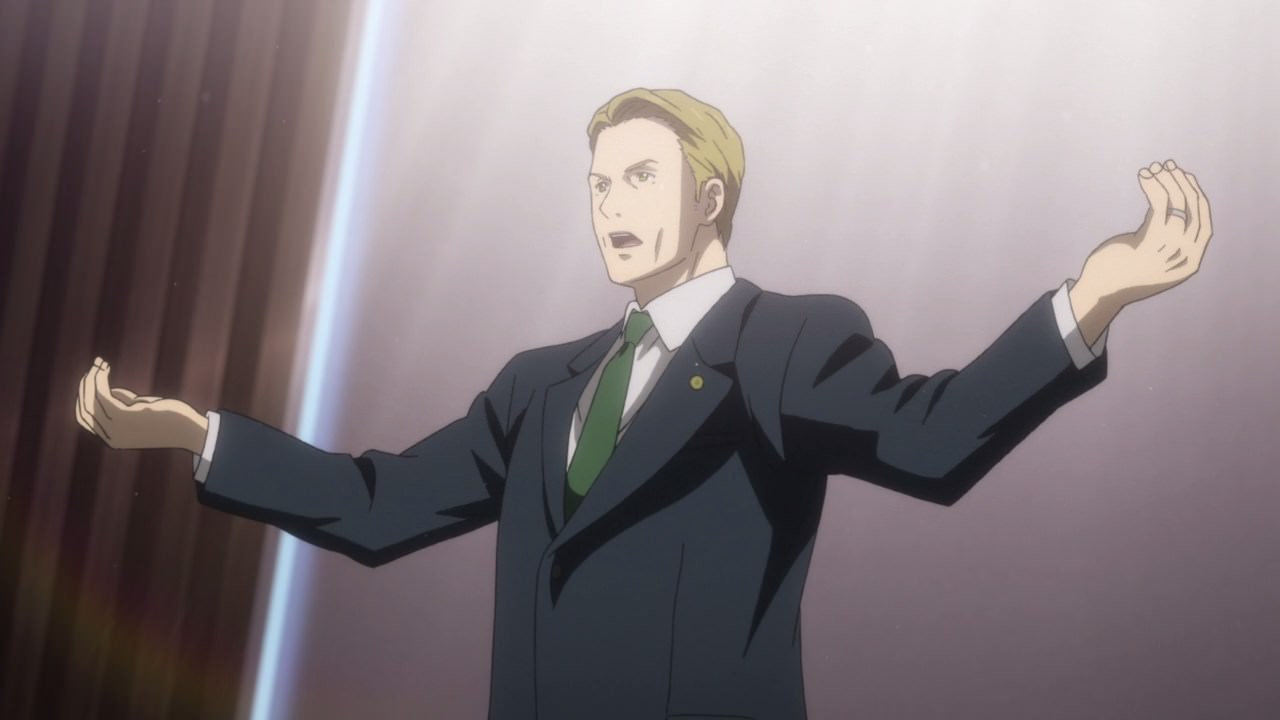 Now then, let’s move onto the next scene as Chairman Job Trunicht is here to give a memorial service of those who died during the Battle of Astarte, praising them for laying their lives to defend the Free Planets Alliance from the Galactic Empire.

In truth however, it was a case of incompetence where the officers couldn’t act quickly or even follow Commodore Yang’s suggestions when facing Admiral Reinhard von Lohengramm at that time. Oh and it’s not just the Alliance, it could happen in the Galactic Empire as well if a few officers fumbled or not following Admiral Lohengramm’s strategies. 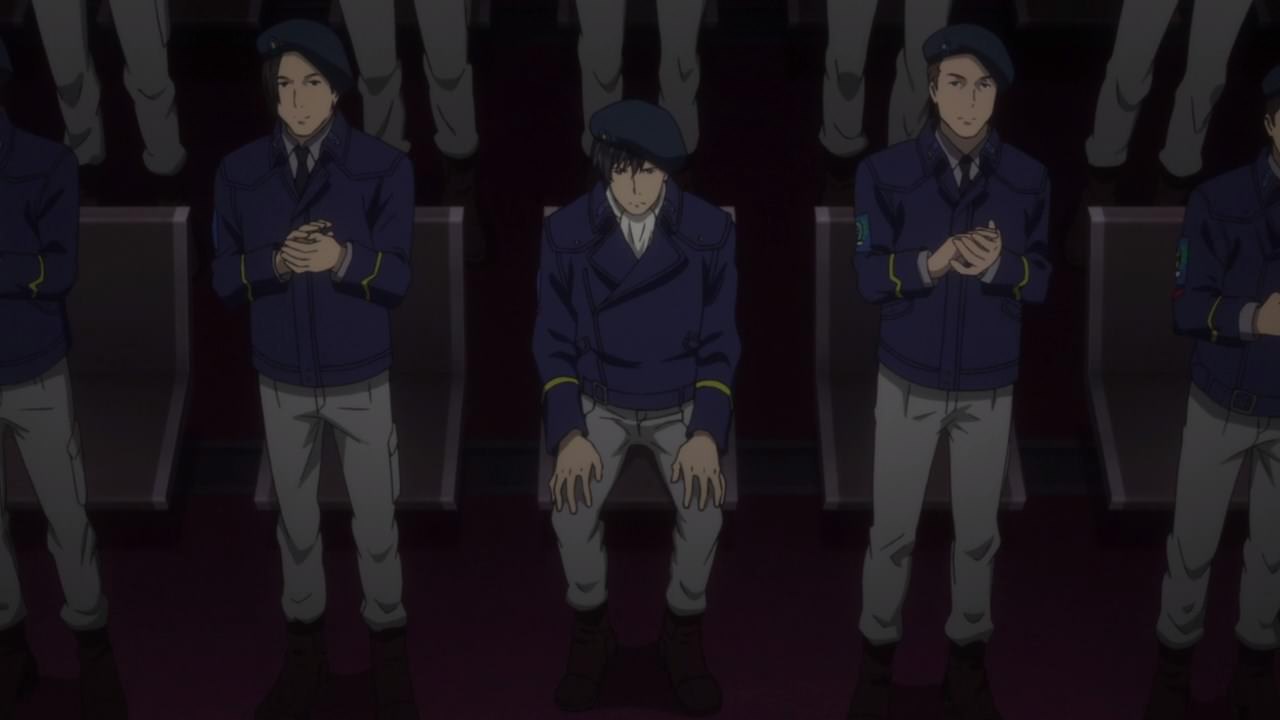 So while everyone applaud to Chairman Trunicht’s speech, Commodore Yang is not too pleased and this caused a bit of a stur among his fellow officers.

Of course, Chairman Trunicht will simply ignore Yang Wen-li for now and continue with the memorial service. 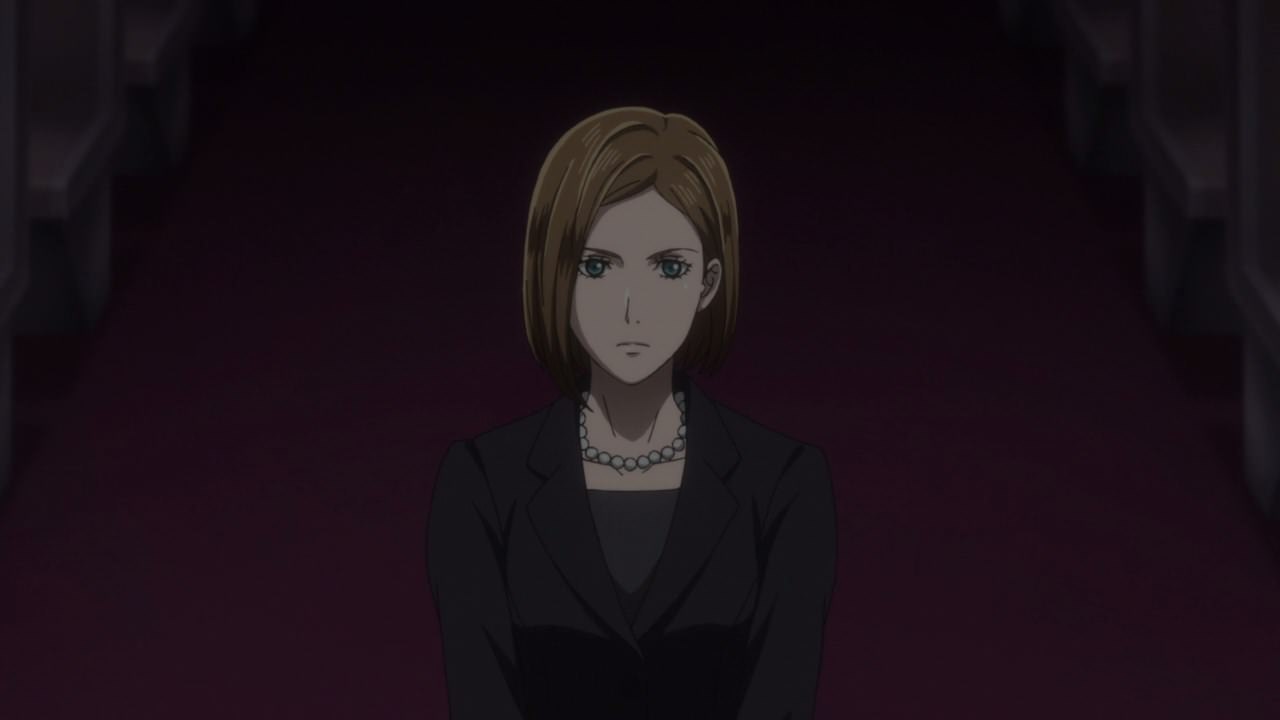 However, it wasn’t until Jessica Edwards arrived at the memorial as she asked Chairman Trunicht on where he was during the Battle of Astarte.

Then again, Chairman Job Trunicht will just dodge the question right away. But you know what, I feel that Chairman Trunicht is either busy dealing with politics or even play golf during that bloody battle. Either way, he can’t answer Jessica’s question. 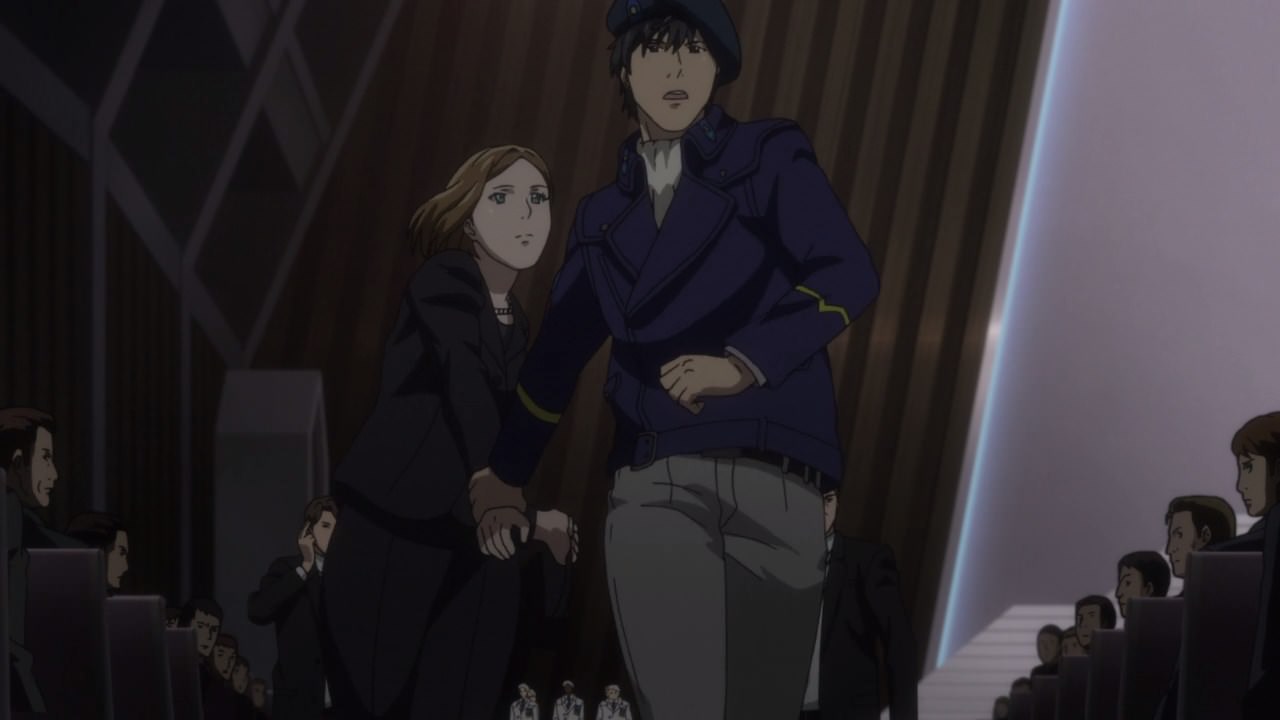 In any case, it’s time for Jessica Edwards to make her escape as Commodore Yang Wen-li took her hand and went out. It’s better than causing a ruckus inside the hall. 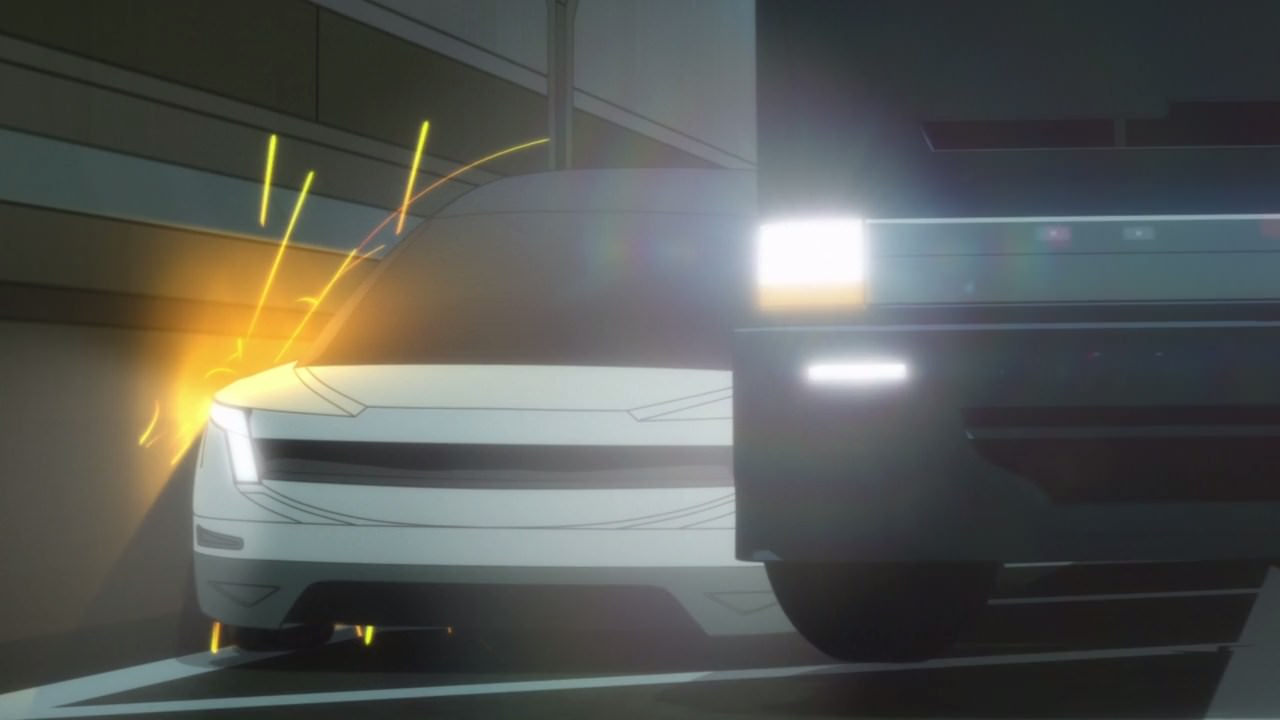 However, it appears that someone is targeting both Jessica Edwards and Commodore Yang Wen-li as there’s a truck that’s deliberately crashing them. 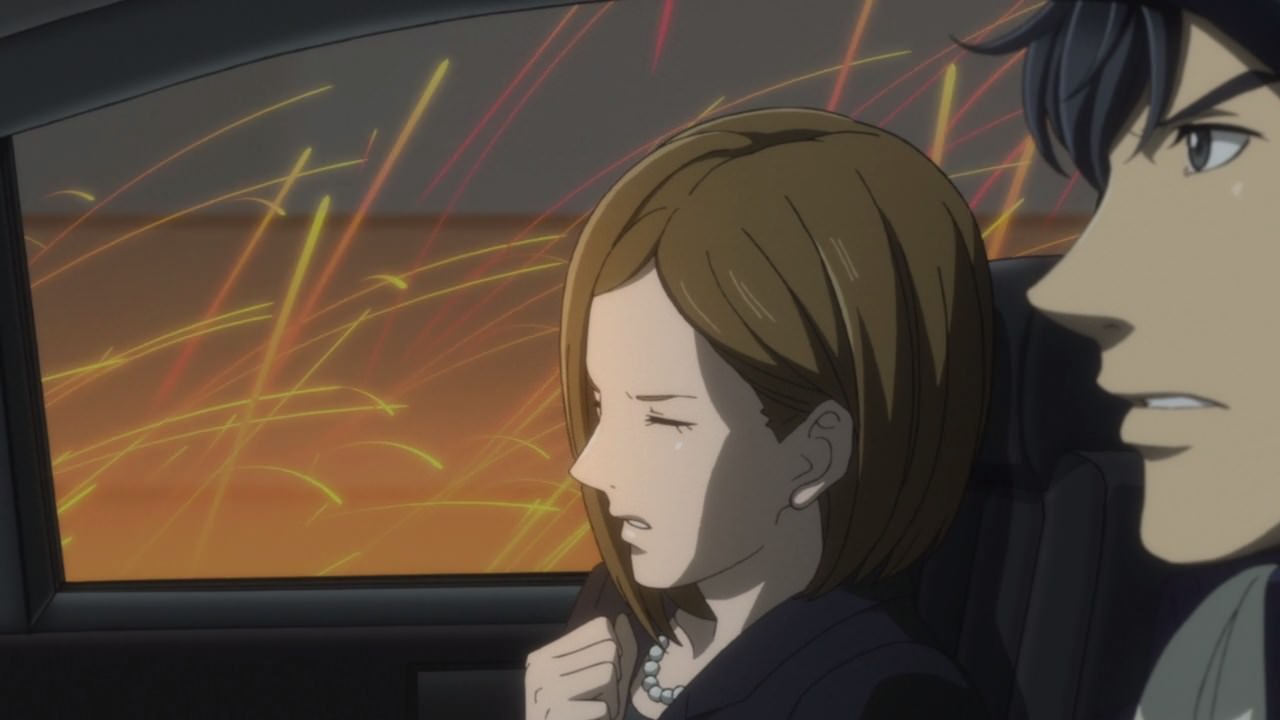 Fortunately, Commodore Yang will try to get out of this sticky situation as he told Jessica to hang on tight because it’s gonna be a bumpy ride. 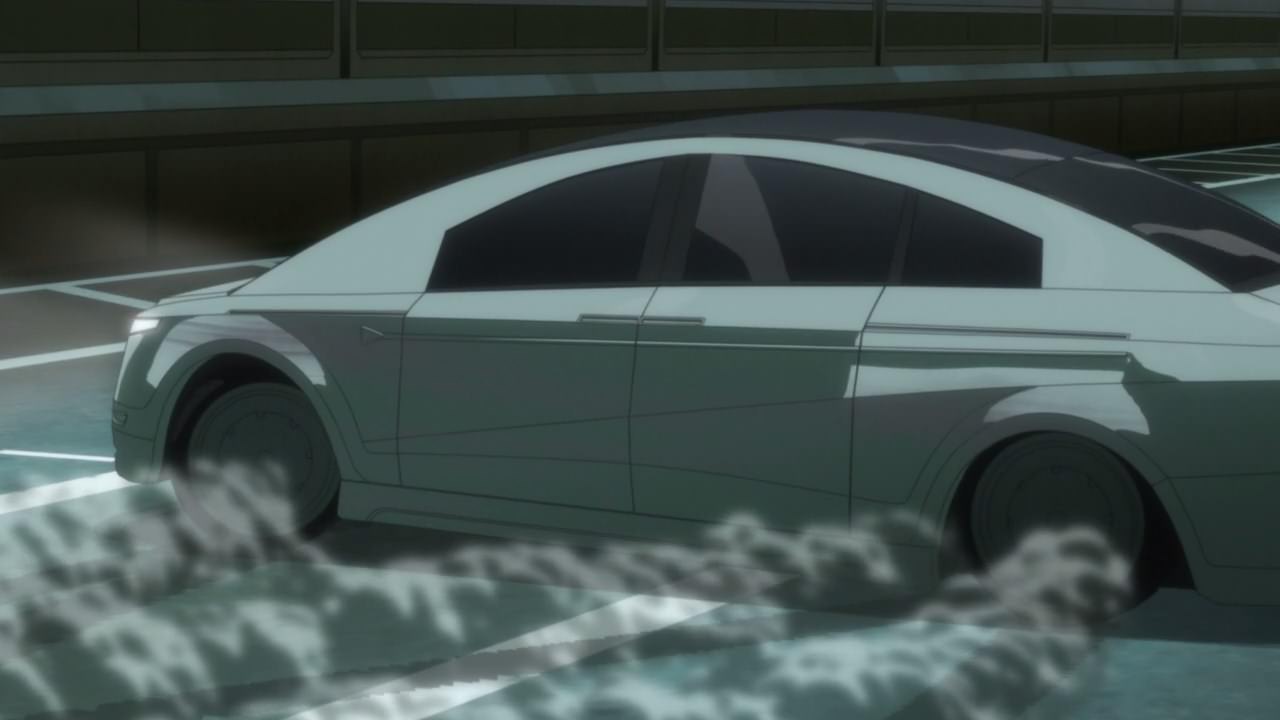 Eventually, he managed to get the car out from being pummeled by another car or being slammed against the wall. Well then, looks like Jessica Edwards and Commodore Yang Wen-li are safe! 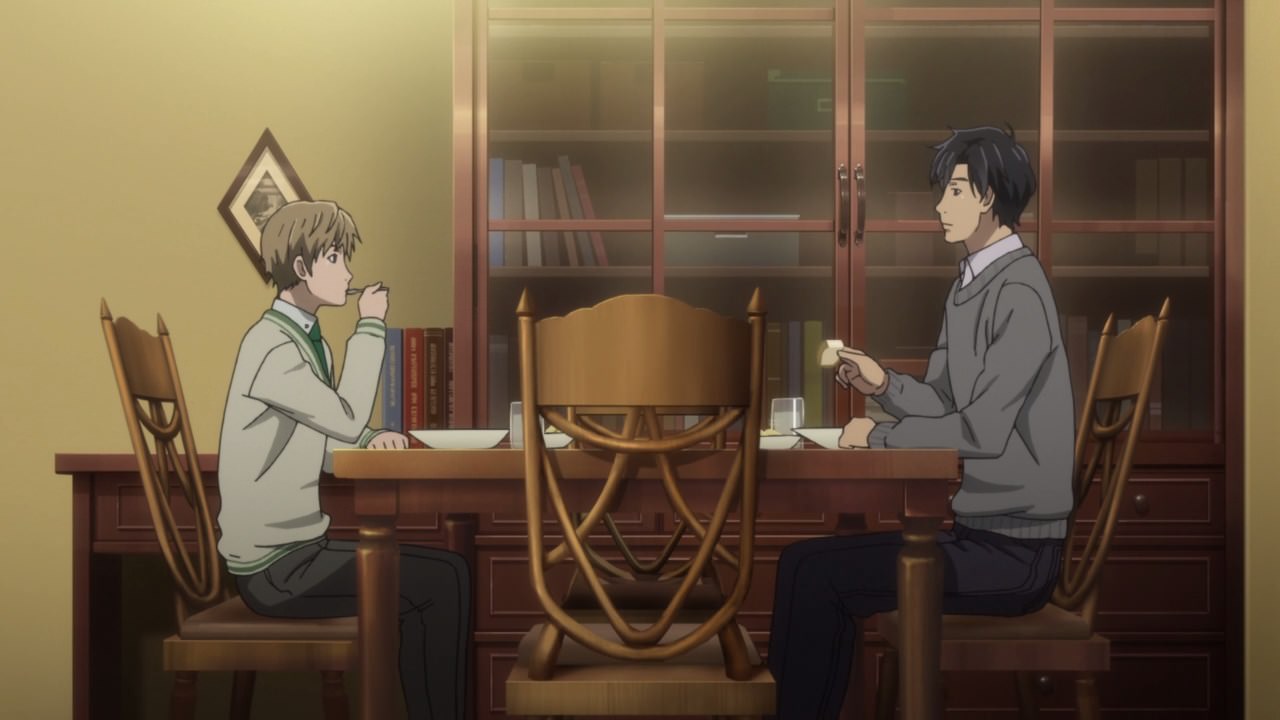 And now it’s time for some family time between Wen-li and his adoptive son Julian as the young boy is planning to join the military as a soldier.

Sure that having Julian Mintz join the army would written off Commodore Yang’s loans, but he wants his son to live a normal life. But yeah, it’s nice to have a conversation between a parent and a child, even though Julian is more responsible than his adoptive father. 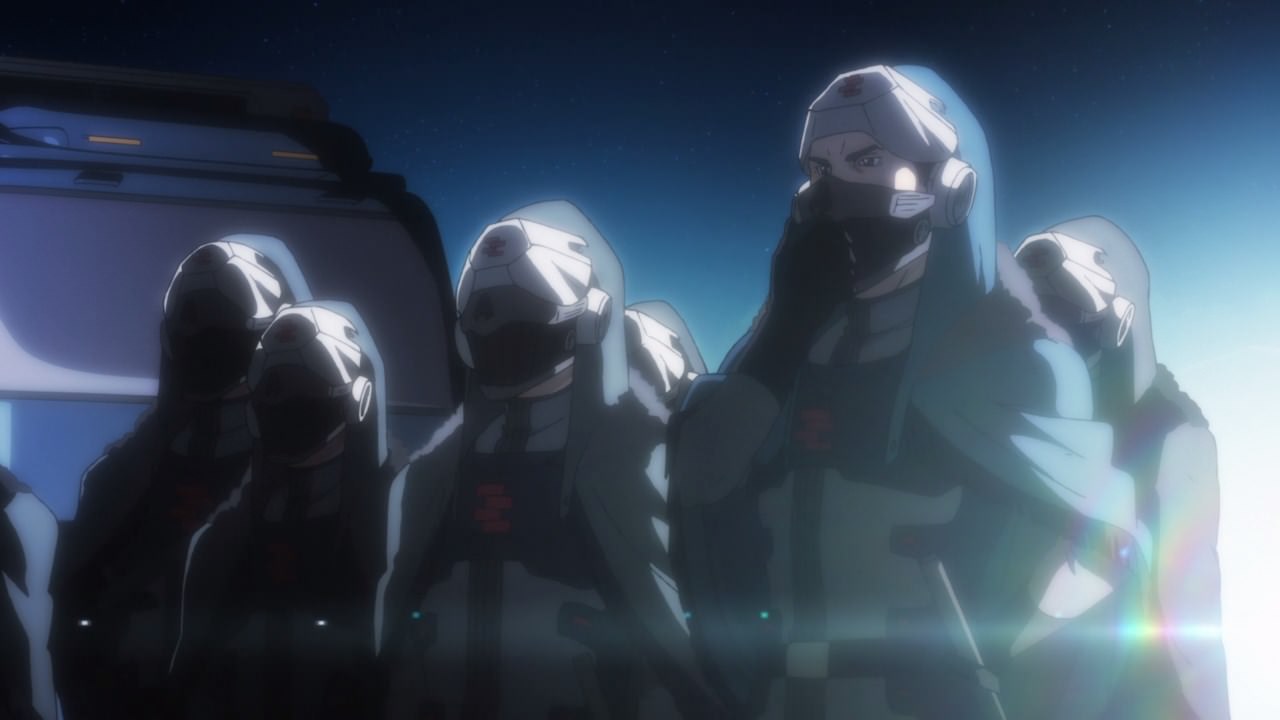 However, it appears that Yang Wen-li and Julian Mintz’s peaceful dinner will be interrupted when a group of radical nationalists called Patriotic Knight Corps appeared at his lawn, telling Wen-li to get out of his house and face punishment for mocking Chairman Trunicht and the war effort against the Empire.

Should Yang Wen-li refused to give in to their demands, this radical group will do something dangerous… 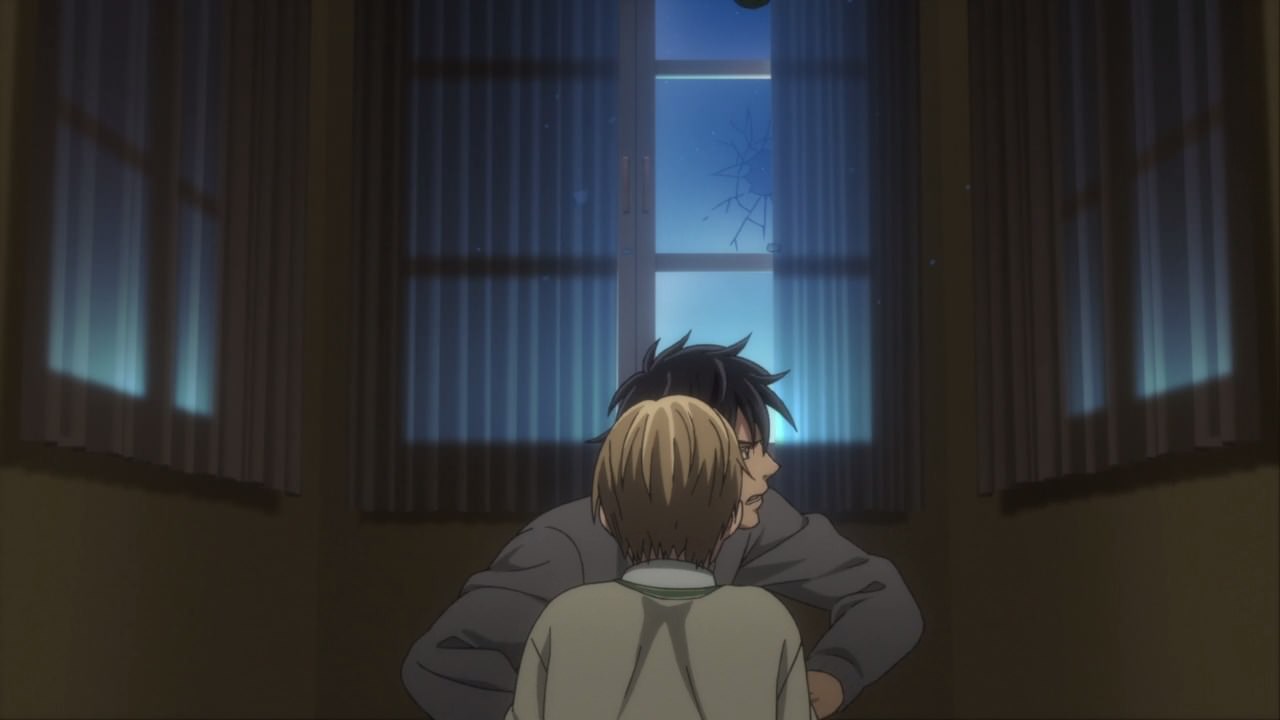 …like throwing a high-explosive grenade which Wen-li told Julian to get down and cover. I mean, he’s worried that the large blast radius might kill him or even Julian Mintz! 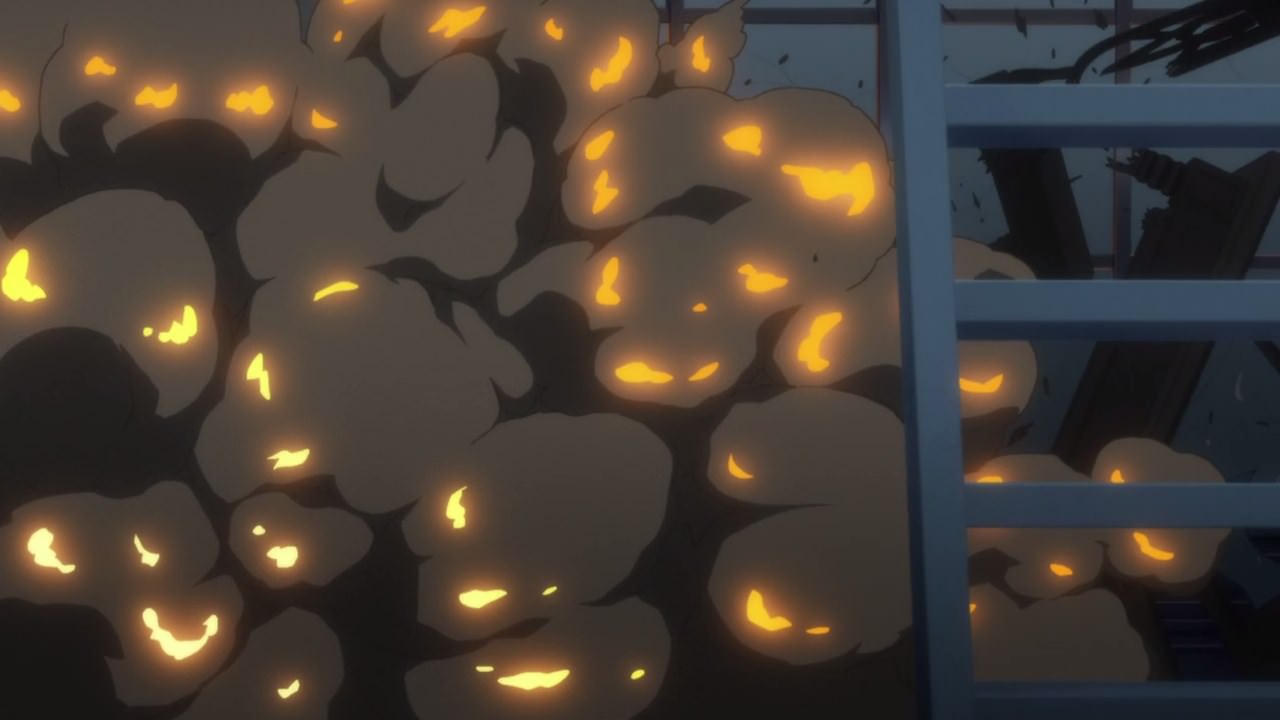 And so, the grenade exploded which destroyed Yang Wen-li’s treasured Wanli porcelain set. By the way, it’s the only genuine set in his possession and those punks ruined it beyond repair. 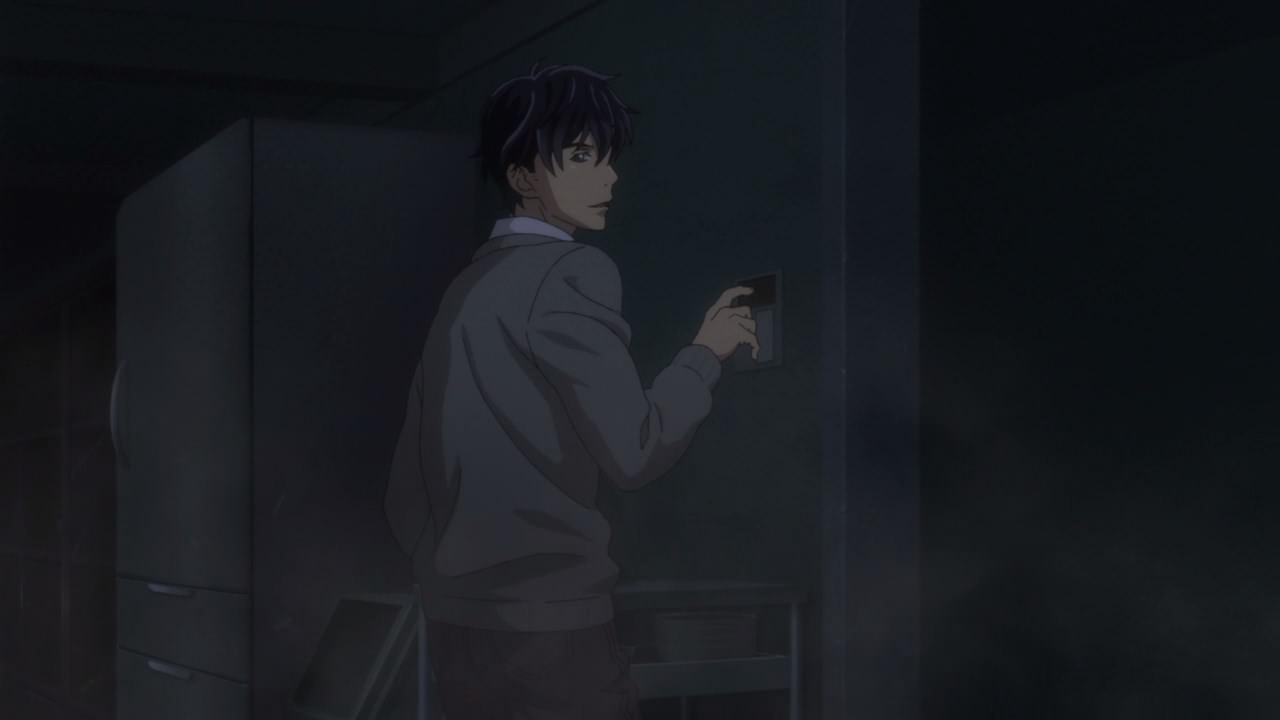 Fortunately, both Julian Mintz and Yang Wen-li are alright, but Wen-li is filled with tranquil fury as he asked Julian on where are the controls for the sprinkler system.

Hmm, I wonder what is Commodore Yang planning to do with the sprinklers? Does he have a weapon to defend himself since Wen-li is a commanding officer? 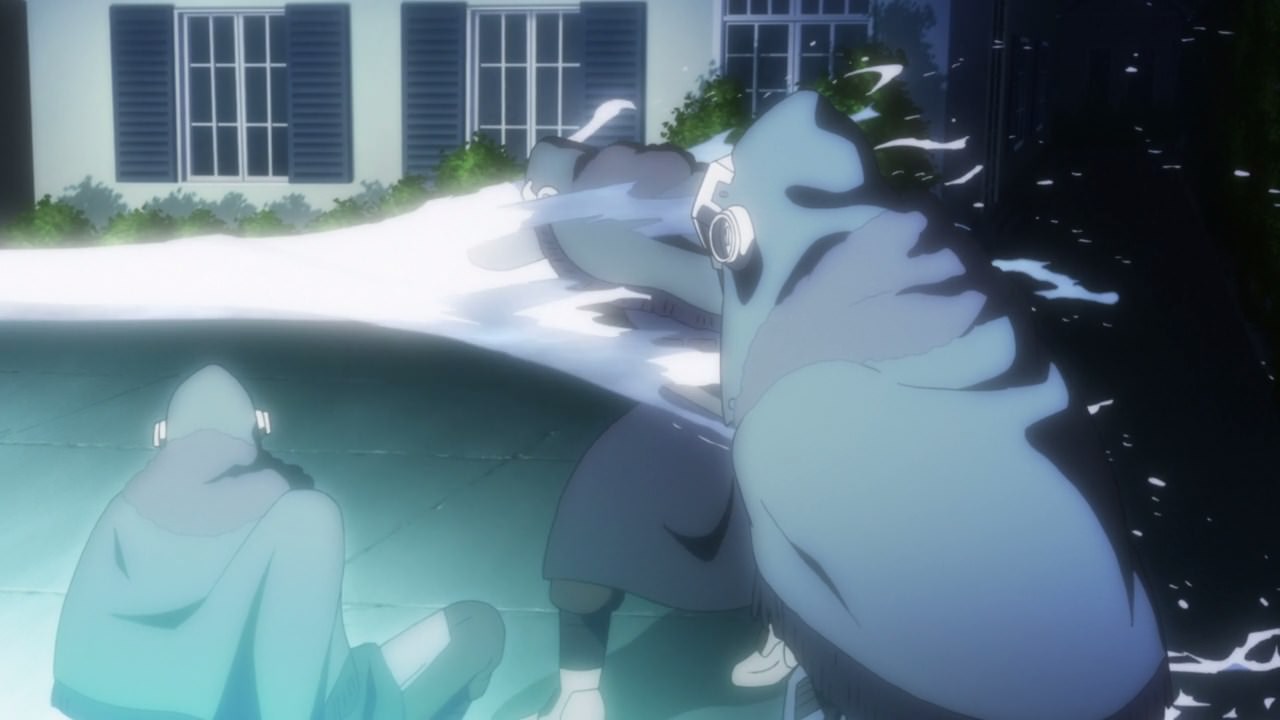 Oh, seems that he decides to take these nuisances out with a sprinkler. That’ll teach those Patriotic Knights a lesson on not to mess with Commodore Yang Wen-li! 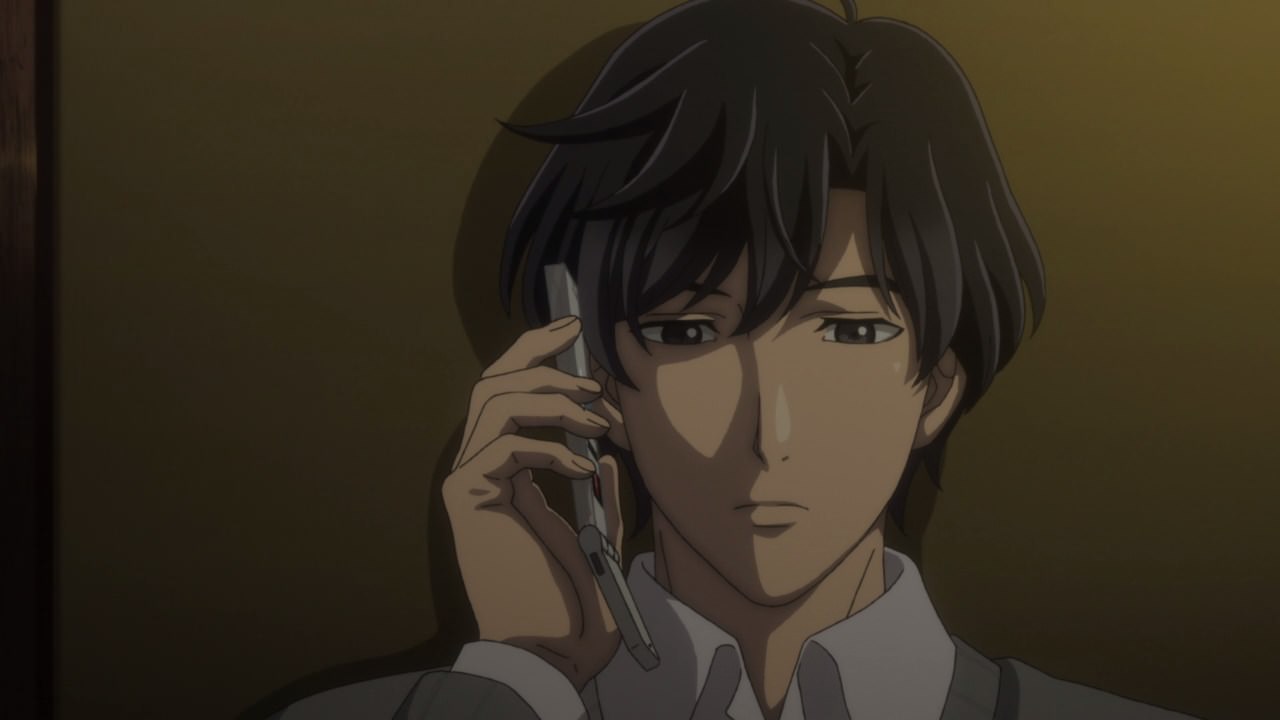 After taking care of the Patriotic Knight Corps with only a sprinkler, Yang Wen-li got a call from Rear Admiral Alexander Cazelnes where he’s being summoned by the fleet admiral at this hour.

Well, seems that Commodore Yang won’t rest till the night. I wonder if he’ll get a formal promotion since we’re already know that he’ll eventually become a rear admiral in the future? 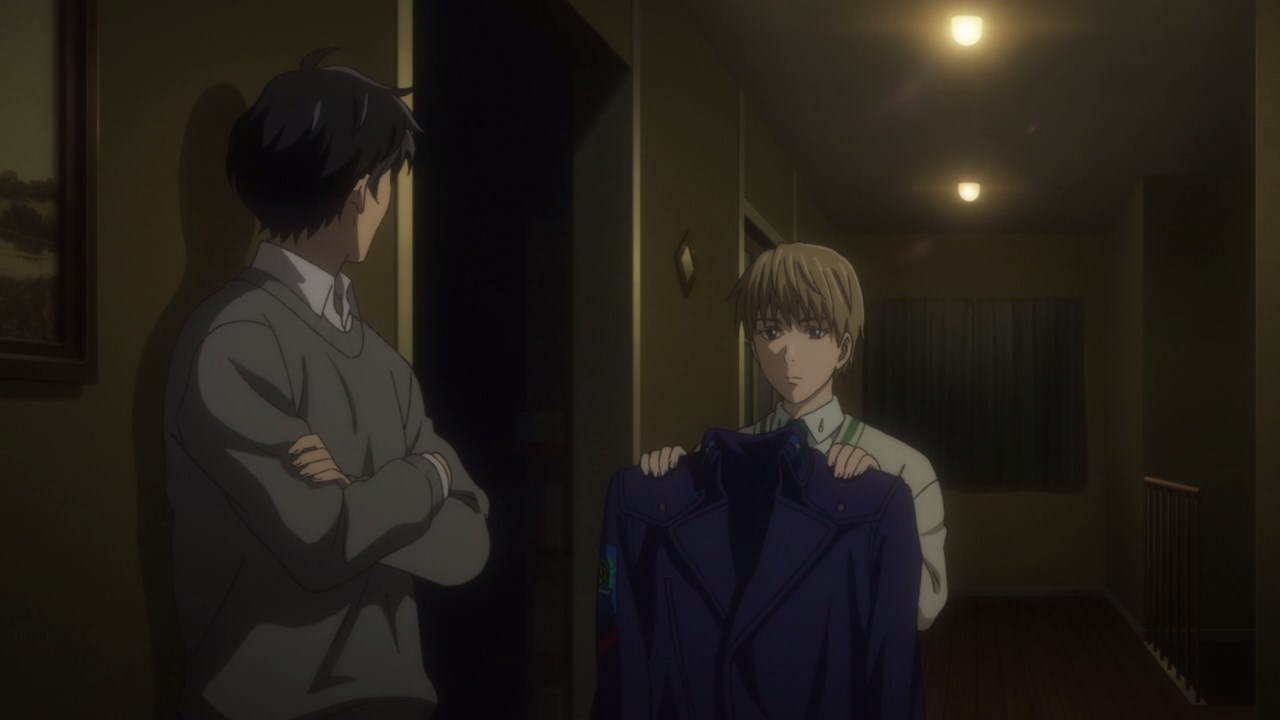 Oh, and it seems that Julian Mintz got his uniform ready for this urgent meeting with the chief. I have to say that Julian is very-prepared and even well-organized towards everything. 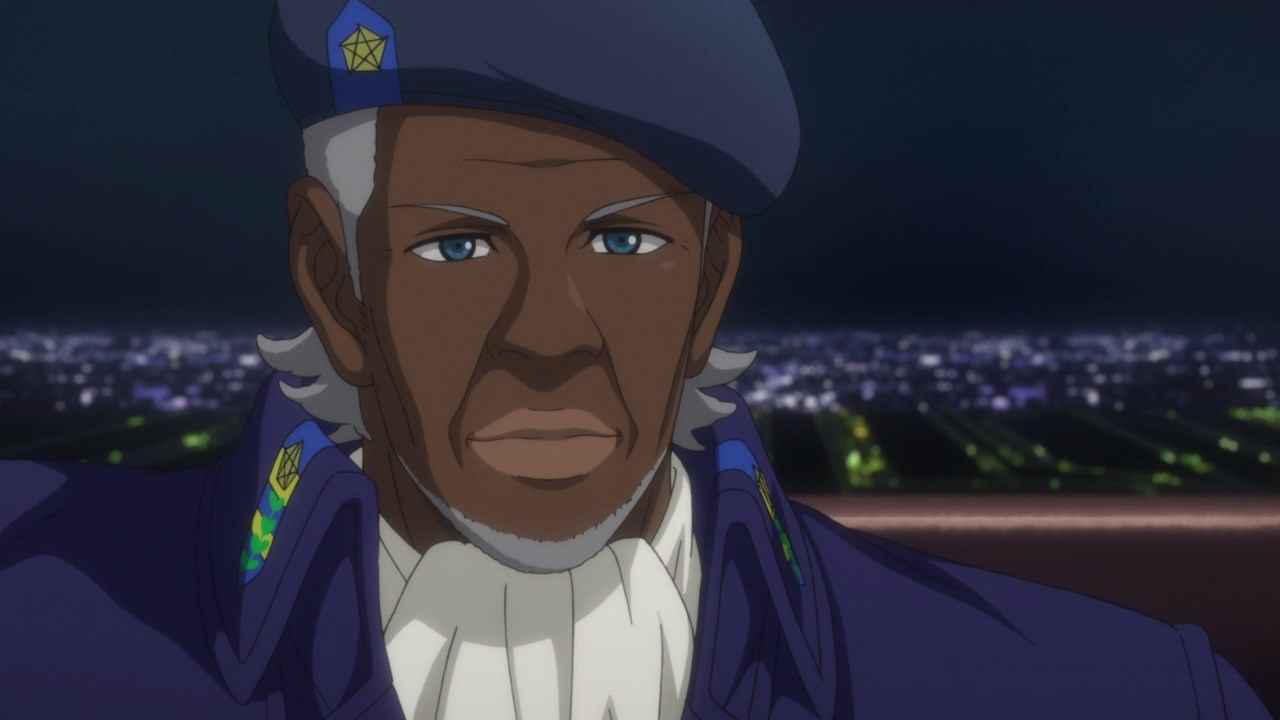 Anyways, this is Sidney Sithole as the fleet admiral told Commodore Yang Wen-li that in addition to his promotion as rear admiral (which Yang Wen-li will formally receive it), he’ll get his own fleet by combining the remnants of both 4th and 6th Fleet, forming the smaller 13th Fleet.

Oh, and the 13th Fleet’s first mission is to capture the Iserlohn Fortress which is impossible for anyone leading the fleet given its impregnable defense. However, Fleet Admiral Sithole believe that Rear Admiral Yang will do it and not only that, but this victory over the Empire will give the newly-appointed rear admiral some respect from Chairman Trunicht and his supporters. 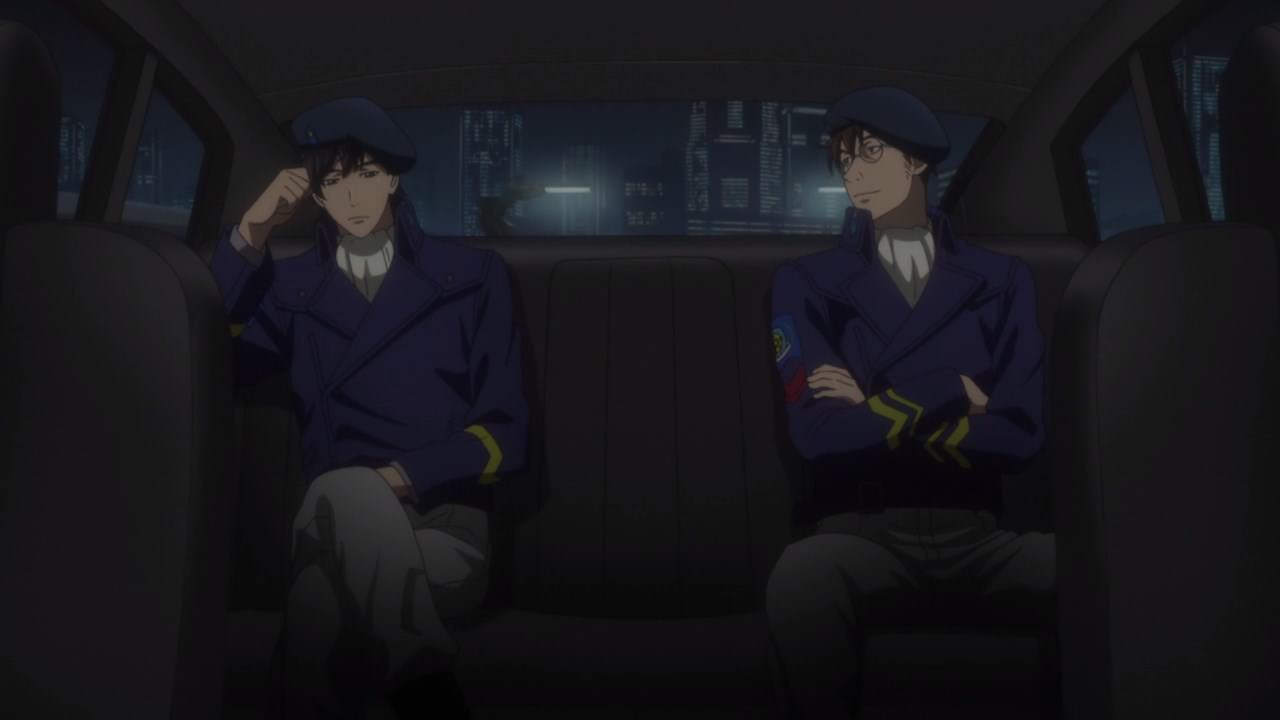 Well then, looks like Commo- I mean Rear Admiral Yang Wen-li will be very busy in future missions as Rear Admiral Cazelnes congratulate him for his formal promotion. Of course, Rear Admiral Yang will miss Julian Mintz’s home-cooked meals unless his adopted son joined the military.

By the way, Rear Admiral Yang quickly deduces that the Patriotic Knight Corps got their orders from Chairman Job Trunicht which he doesn’t like Wen-li’s attitude. Of course, Chairman Trunicht will eat his words once Rear Admiral Yang and his 13th Fleet managed to capture Iserlohn’s impregnable fortress. Even then, I fear that Chairman Job Trunicht leading the Free Planets Alliance might spell doom for this superpower.

Anyways, I’ll see you next time as the Free Planets Alliance will strike the Galactic Empire at Iserlohn!

2 Responses to Legend of the Galactic Heroes: Die Neue These Episode #05