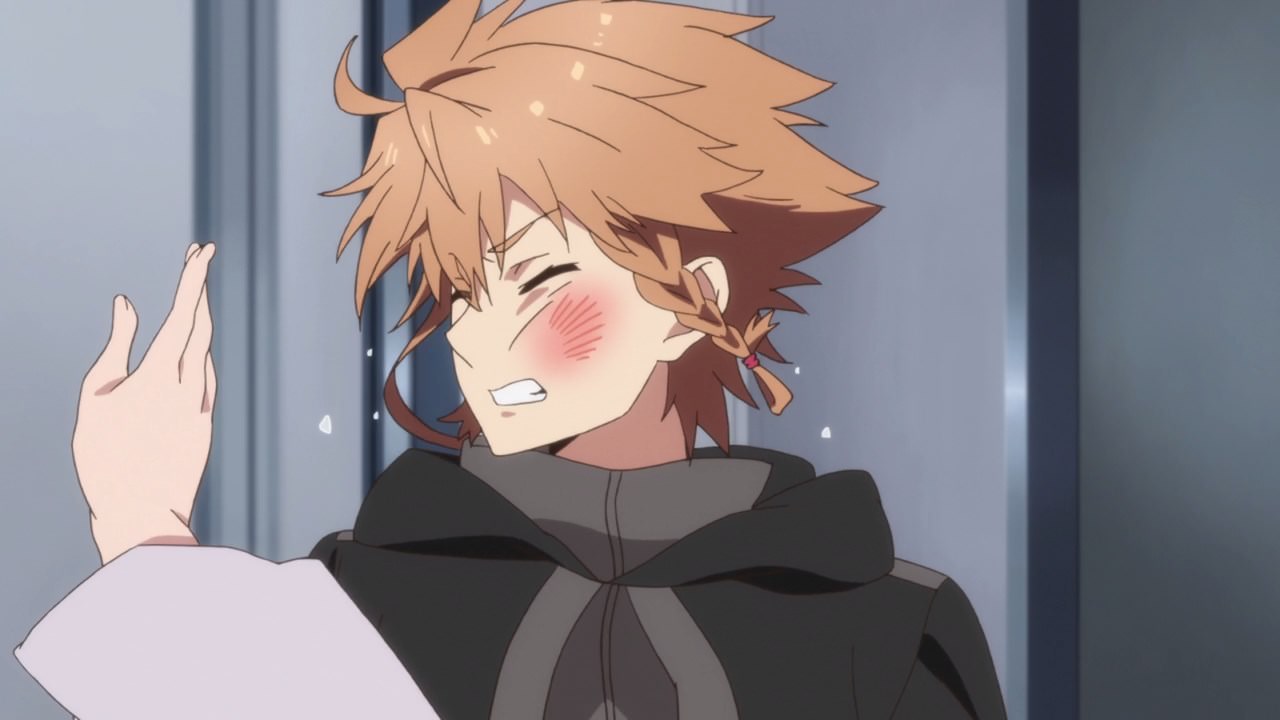 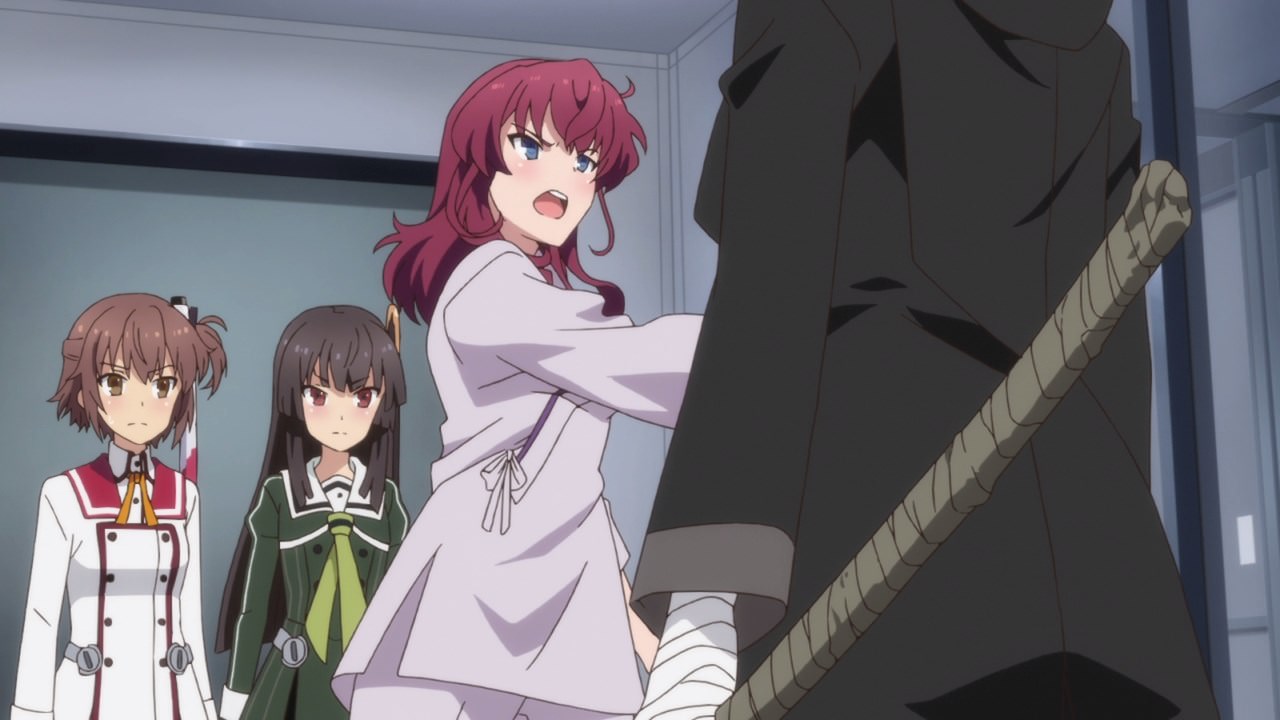 Well, seems that Suzuka Konohana went furious after Maki Shidou risking her life to defeat Princess Tagitsu. C’mon, it can’t be help since a toji will risk her life to stop an aratama from attacking humans.

Then again, the reason why Suzuka got angry at Maki is because she doesn’t want to lose her, which I have a feeling that Konohana has a crush on Shidou. Not like Maki Shidou would respond to Suzuka’s feelings anyway since she’s busy fighting to atone for her sins. 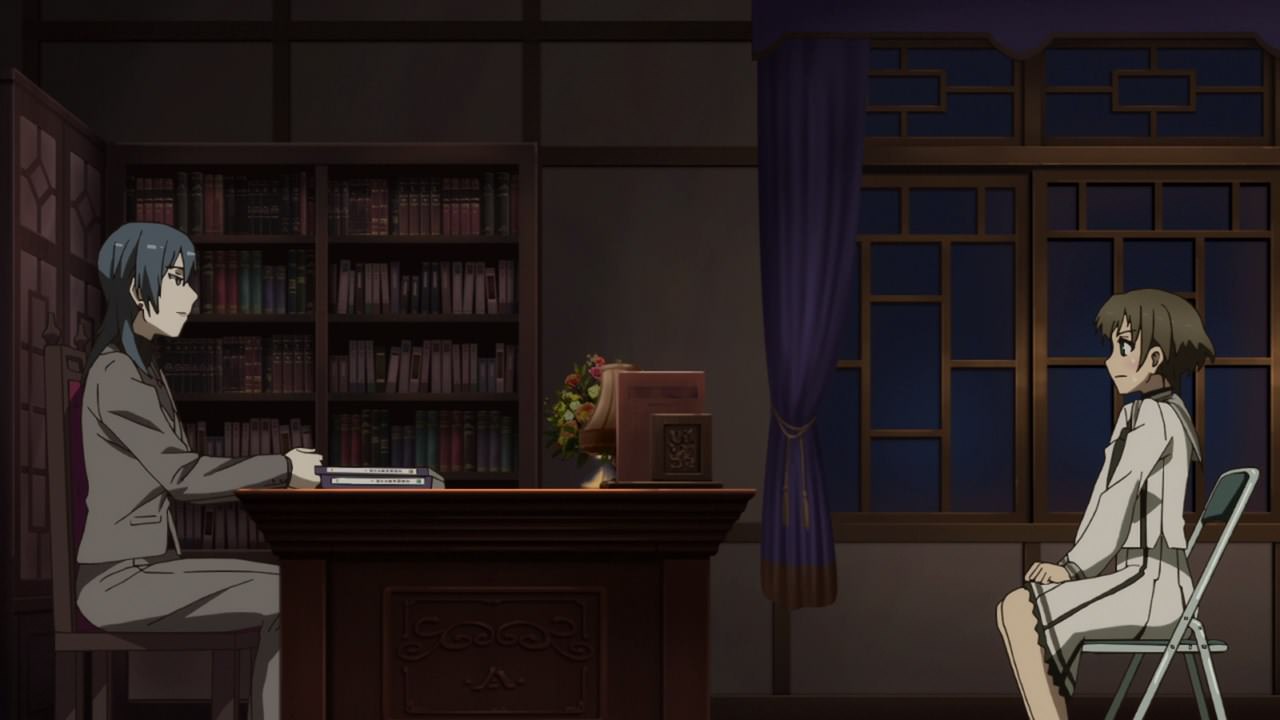 Meanwhile, here’s President Yuzuki Souraku as she’s currently interviewing one of the candidates for the imperial guard program by Yukina Takatsu.

One of them is Ayumu Uchizato as she’s eager to join the program in order to become a worthy toji towards Kanami Etou. Despite her enthusiasm, President Souraku already decided with regards to Ayumu Uchizato… 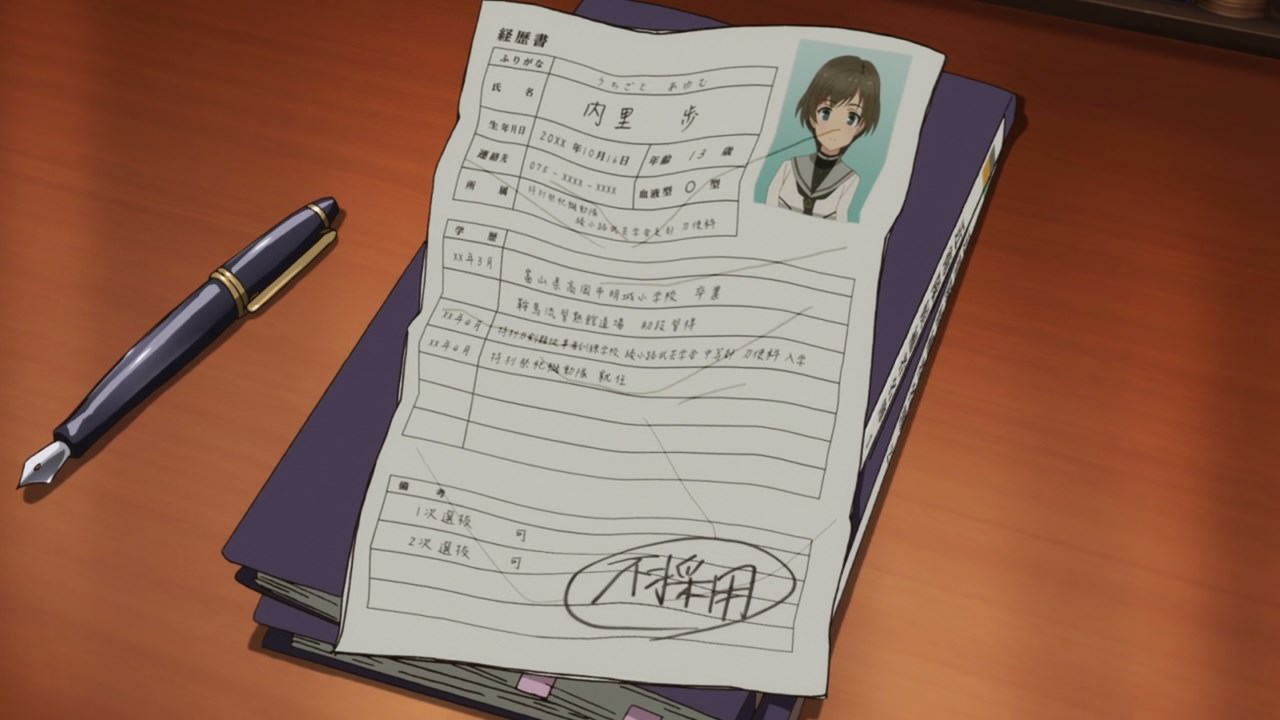 And that decision is to reject Uchizato on joining the imperial guard. I guess this is for the best and thank goodness that President Souraku made a good decision. 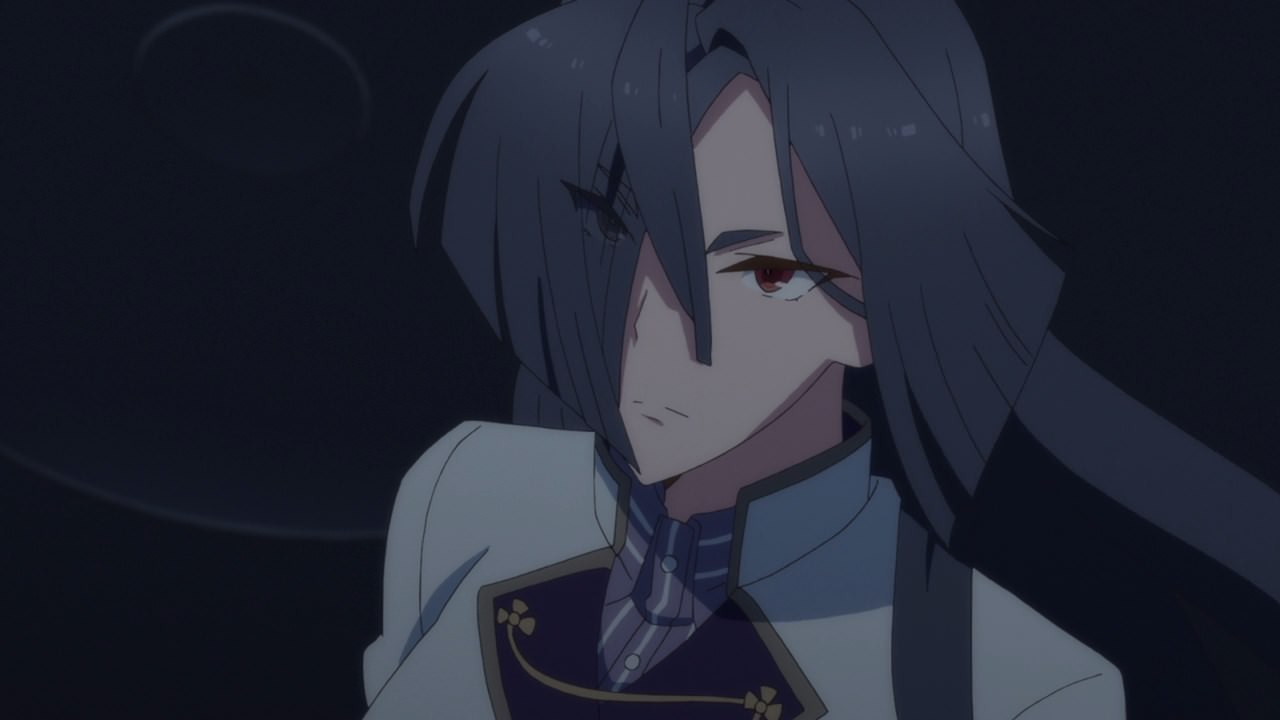 Now then, it’s time for the most important person to make its return as Yukari Origami, which presumed to be dead, is back in the flesh.

Sure that she did horrible things in the first half when being possessed by Princess Tagitsu, as well as being responsible for letting both Minato Fujiwara and Kagari Hiiragi suffered a slow and painless death, but Yukari-sama wants to atone for her sins as she needs to stop Princess Tagitsu from creating another disaster. 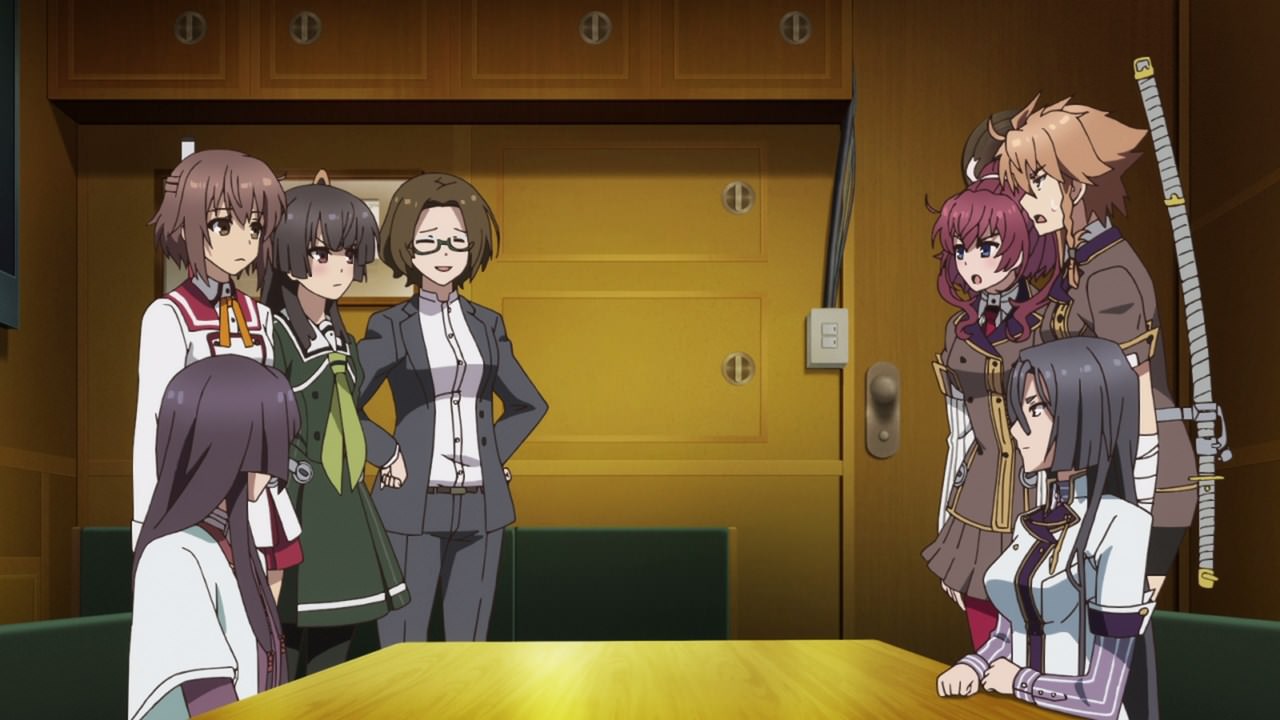 In any case, the whole gang are here as Yukari-sama explained that there’s not much time left before Princess Tagitsu absorbed both Princess Takiri and Ichikishima.

While the former is already located and I’m sure that Princess Tagitsu and her supporters would attack the Ministry of Defense building, the latter is being kept in a submarine by Yukari Origami. 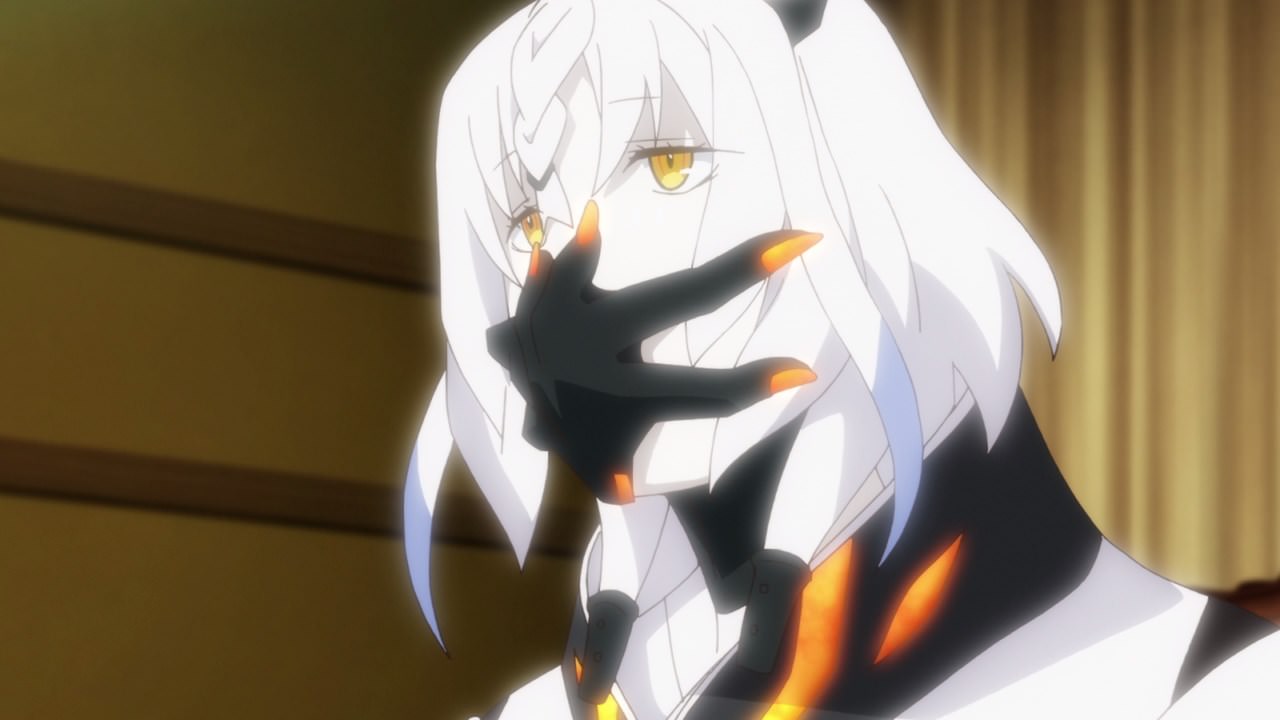 And this is Princess Ichikishima as while she’s weak and reserved compared to her sisters, this aratama is quite dangerous as she holds the knowledge of fusing noro with the human body, therefore we have the elite guard where the likes of Maki Shidou and Yume Tsubakuro received noro and gained inhuman strength.

Speaking of Princess Tagitsu, let’s just say that in its complete form, it has 3 desires which is resentment towards humanity for casting them away in favor of creating tamahagane steel, total control of humanity as a god, and guiding humans to their next evolution where they’ll fuse with the aratama. Of course, Princess Tagitsu split herself into 3 entities where the original one continues her hatred towards humans using Yukari Origami’s techniques.

But for both Princess Takiri and Ichikishima however, things got a bit complicated as they have different ideologies and fusing them would be a bad idea as one of them would emerge as the dominant aratama should Princess Tagitsu is defeated, so the only thing that both Yukari and Akane Origami wants is to have a compromise between Princess Takiri and Ichikishima’s ideas. Of course, their desired result will be the prevention of another disaster much like 20 years ago. 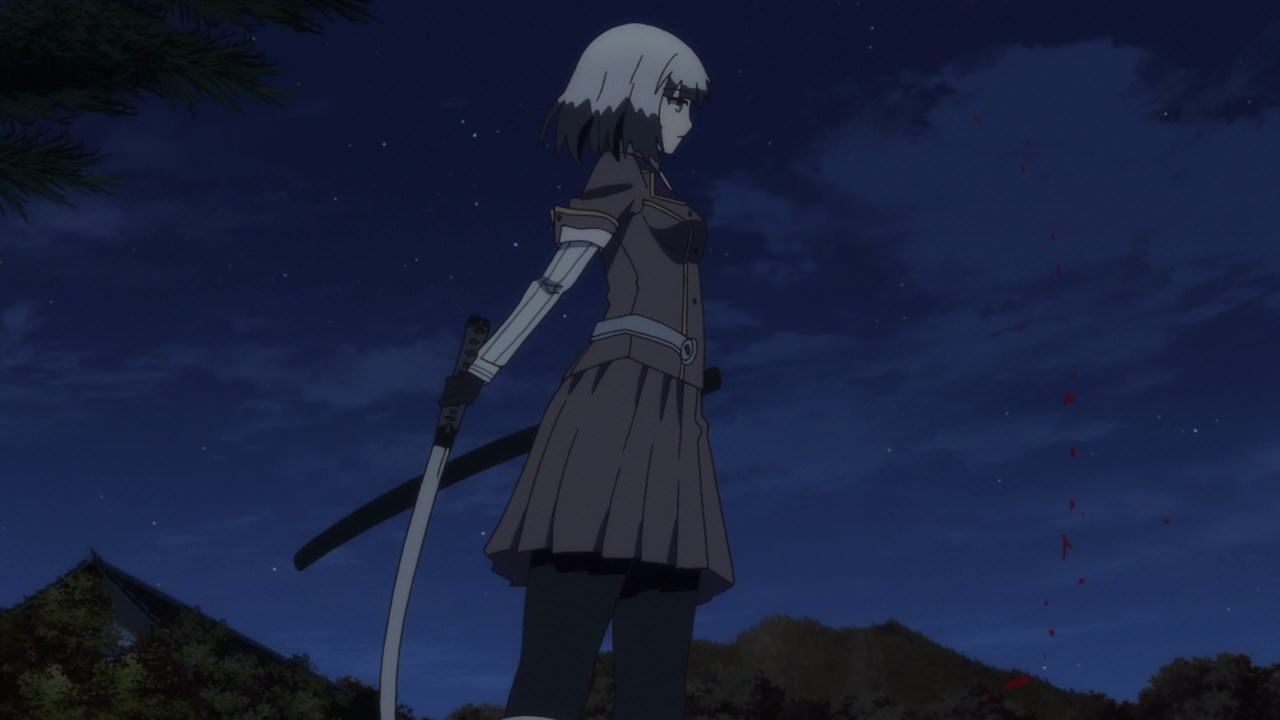 Back at Ayanokouji Martial Arts School, things took a turn for the worse as Yomi Satsuki arrived and managed to maim some of the students until they’re closer to death. 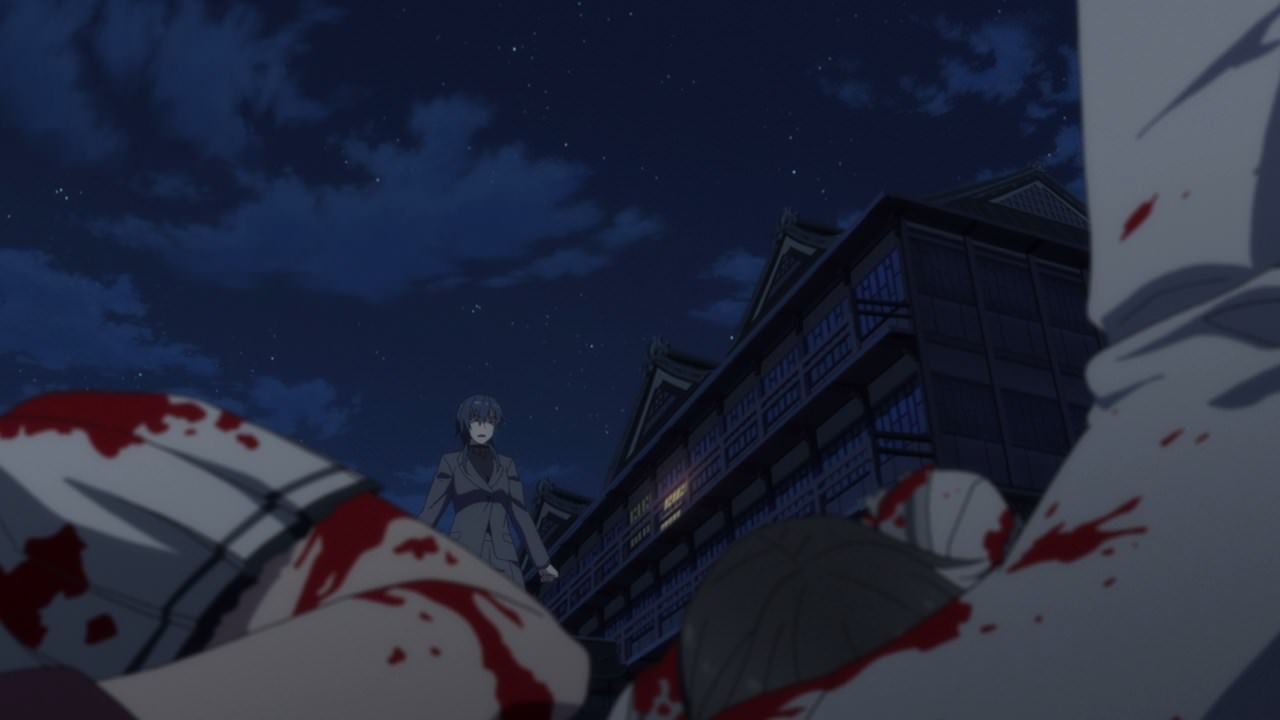 As for President Yuzuki Souraku, she’s horrified that her students got attacked by Yukina’s only lackey. Y’know, I have little faith on Yomi Satsuki as despite being treated like crap, she always follows Takatsu’s orders. 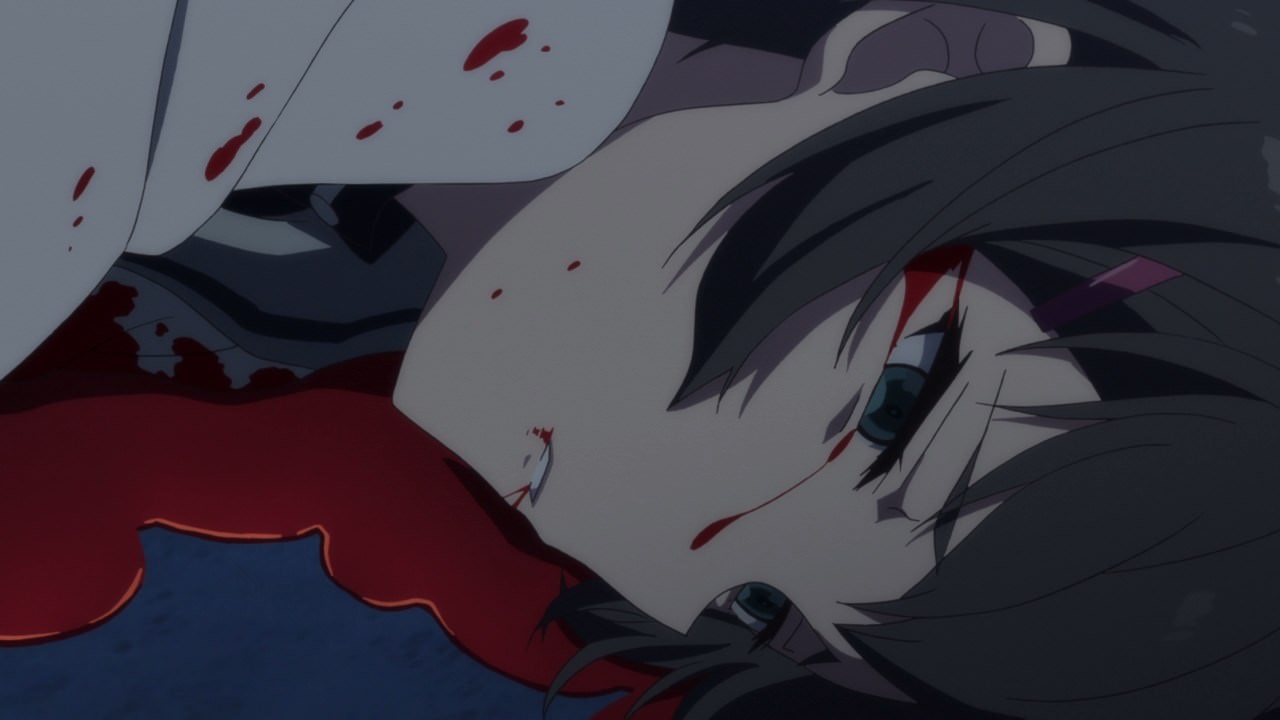 With that said, what a drastic turn of events for this week’s episode and seriously, Ayumu Uchizato might become the enemy towards Kanami Etou in future episodes… unless Kanami beat and befriend Ayumu much like she did with Sayaka Itomi. Anyways, I’ll see you next time!