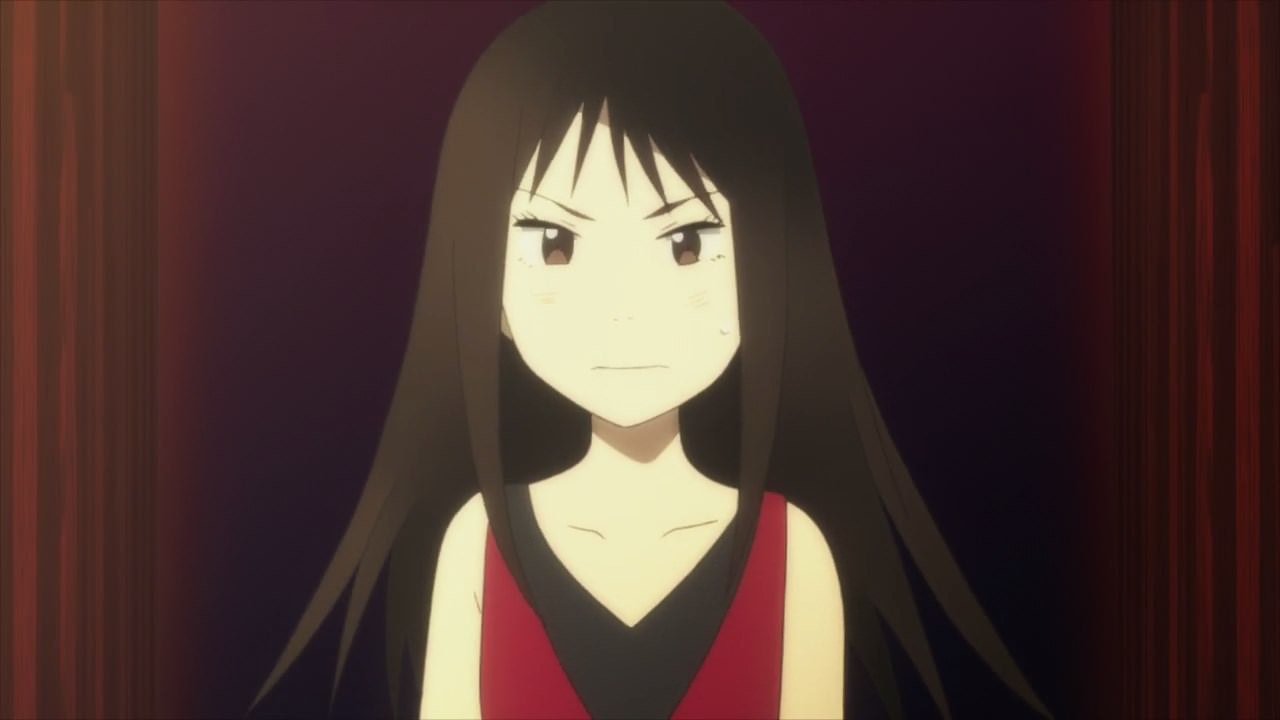 Of course, she’s still feeling a bit nervous even after using Kai Ichinose as a substitute for her dog Wendy. 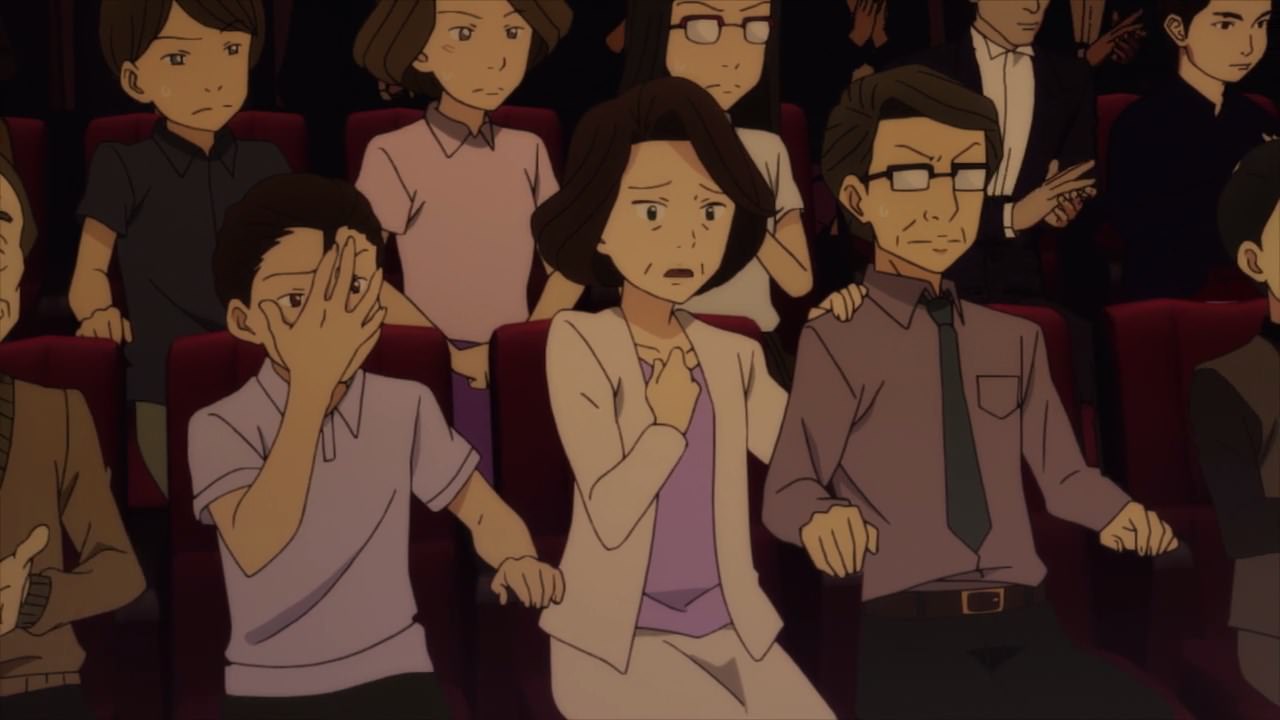 Heck, even Takako’s family are worried that their daughter might not qualify if her stage fright kicks in. 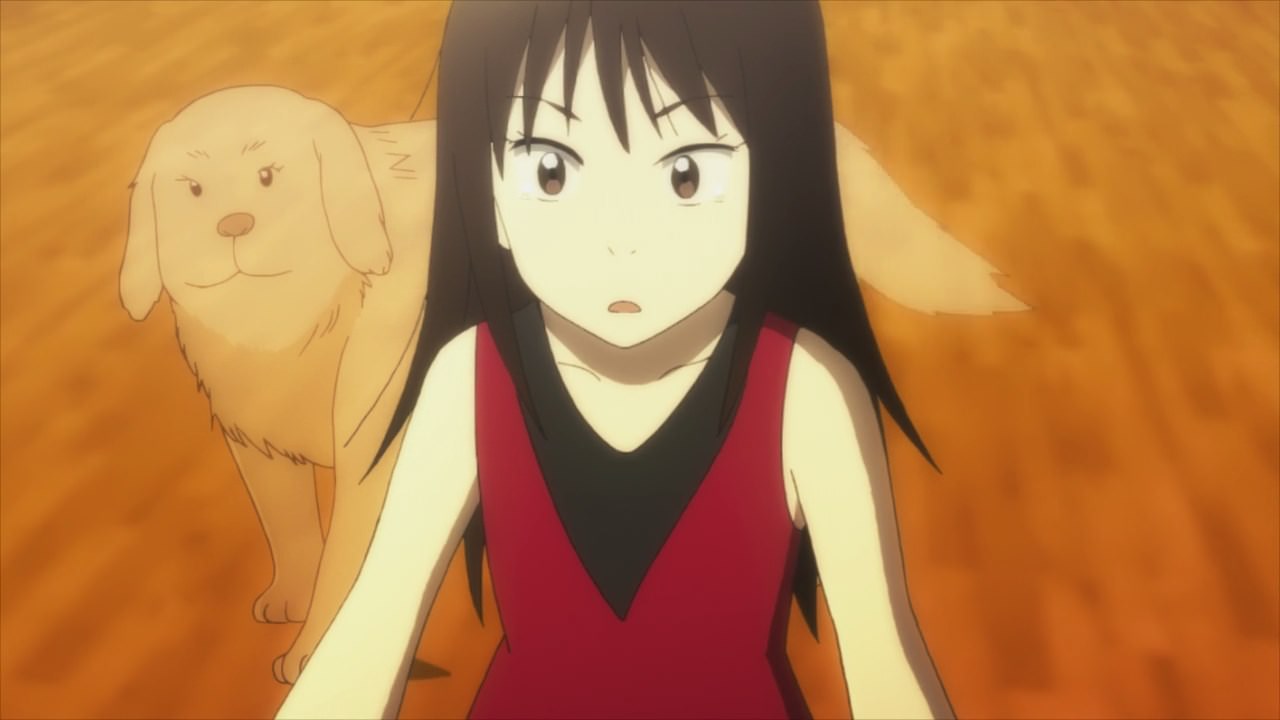 However, it seems that Takako felt a sigh of relief when Wendy (or his spirit) came to her aid. Even though her dog is at home, Wendy still looks over Takako Maruyama! 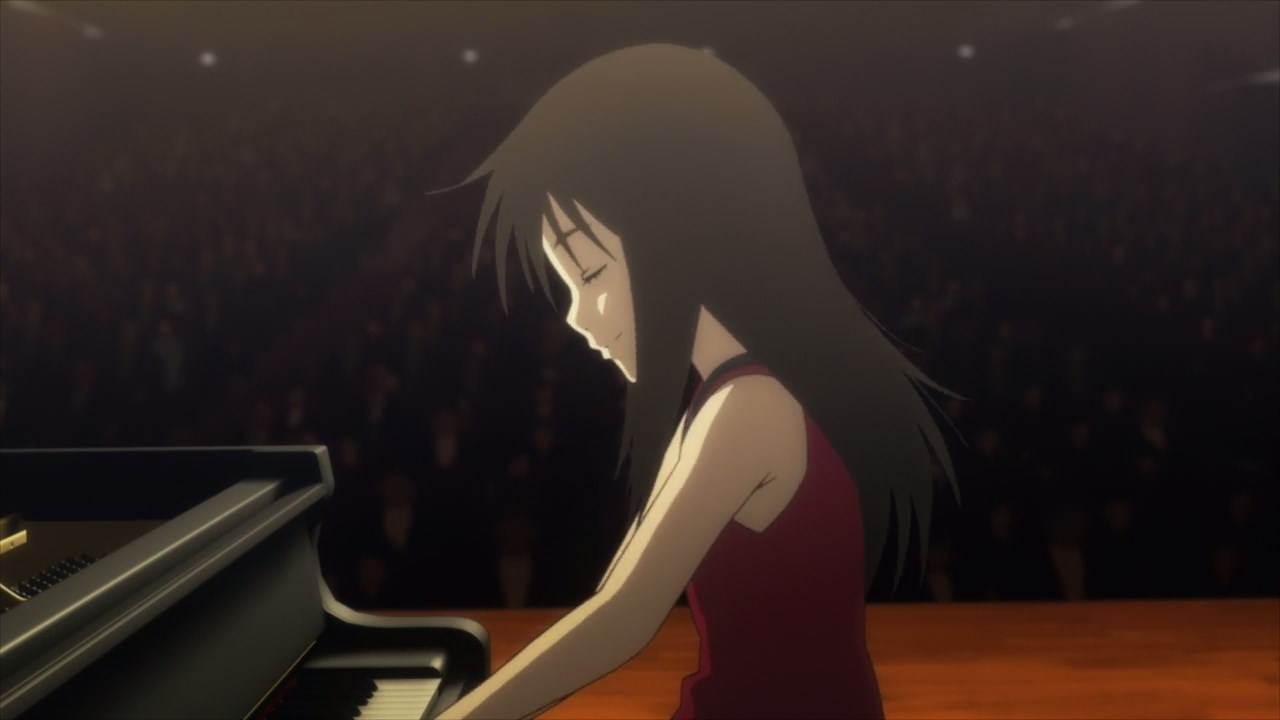 Anyways, Takako Maruyama started her performance and it seems that she overcome her stage fright as she plays the piano smoothly. 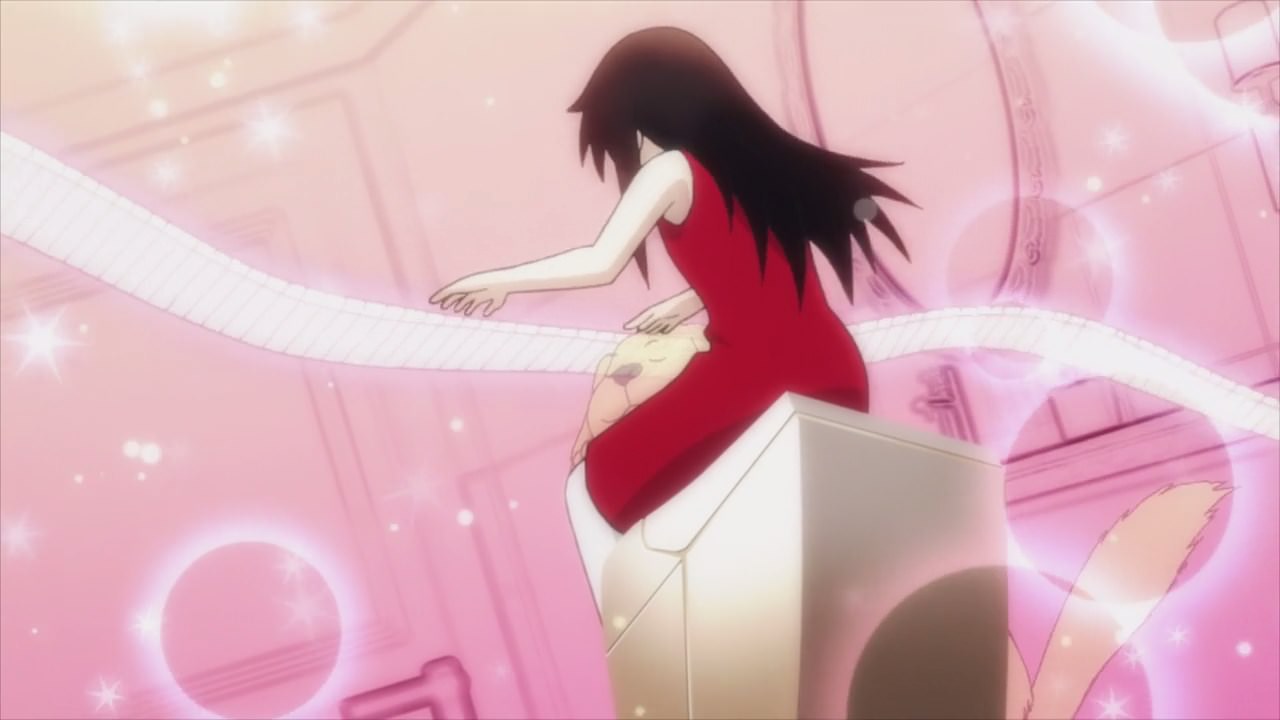 Heck, she even imagined herself playing the piano inside her bathroom. With that said, Takako’s performance went well and I’m glad that Kai Ichinose’s advice worked for her. 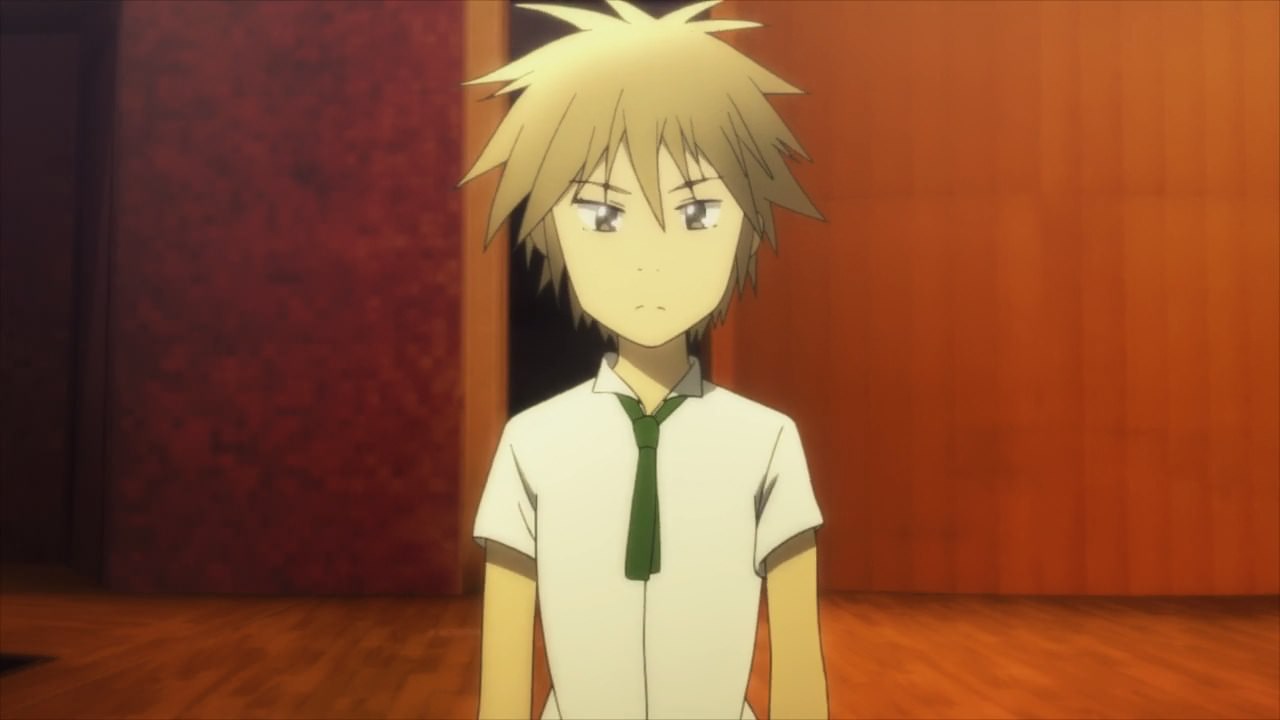 And speaking of Kai-kun, here he is as Ichinose is about to play Mozart’s K. 280. Then again, Kai-kun fears that he might play Sousuke Ajino’s version rather than his own. 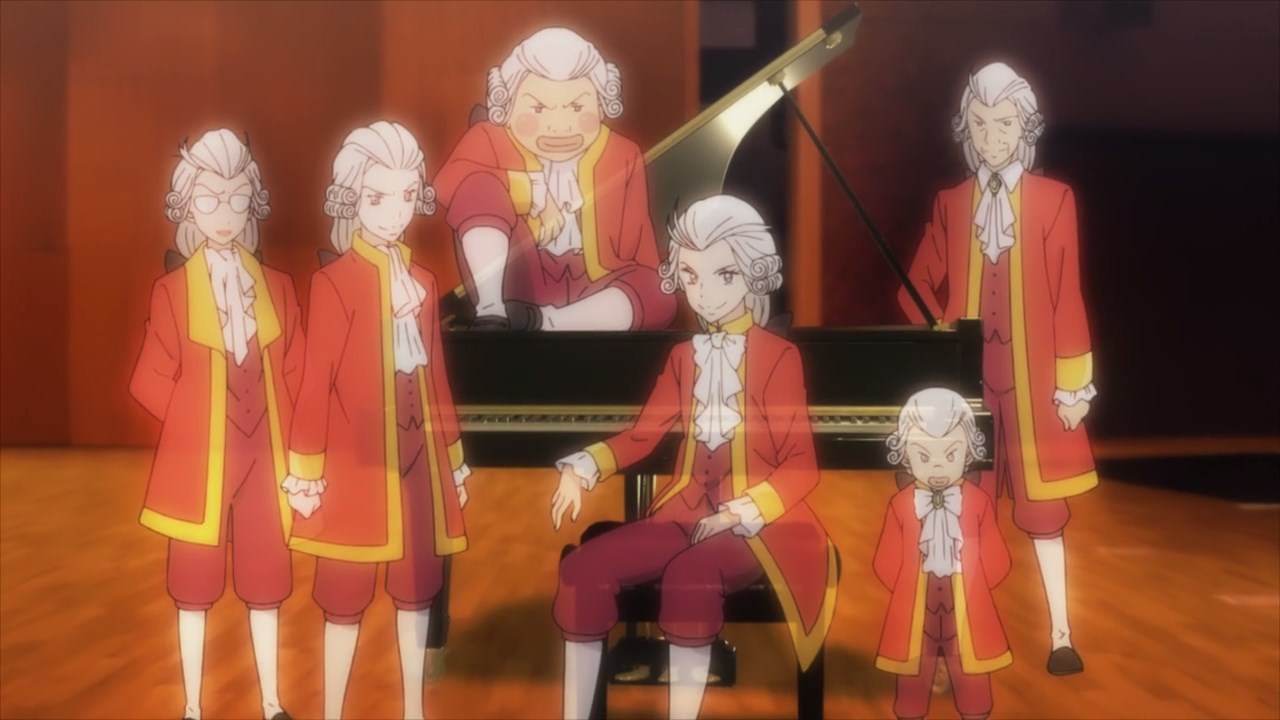 Heck, even Wolfgang Mozart himself (or rather his clones) are mocking him that he doesn’t deserve to play his music piece. 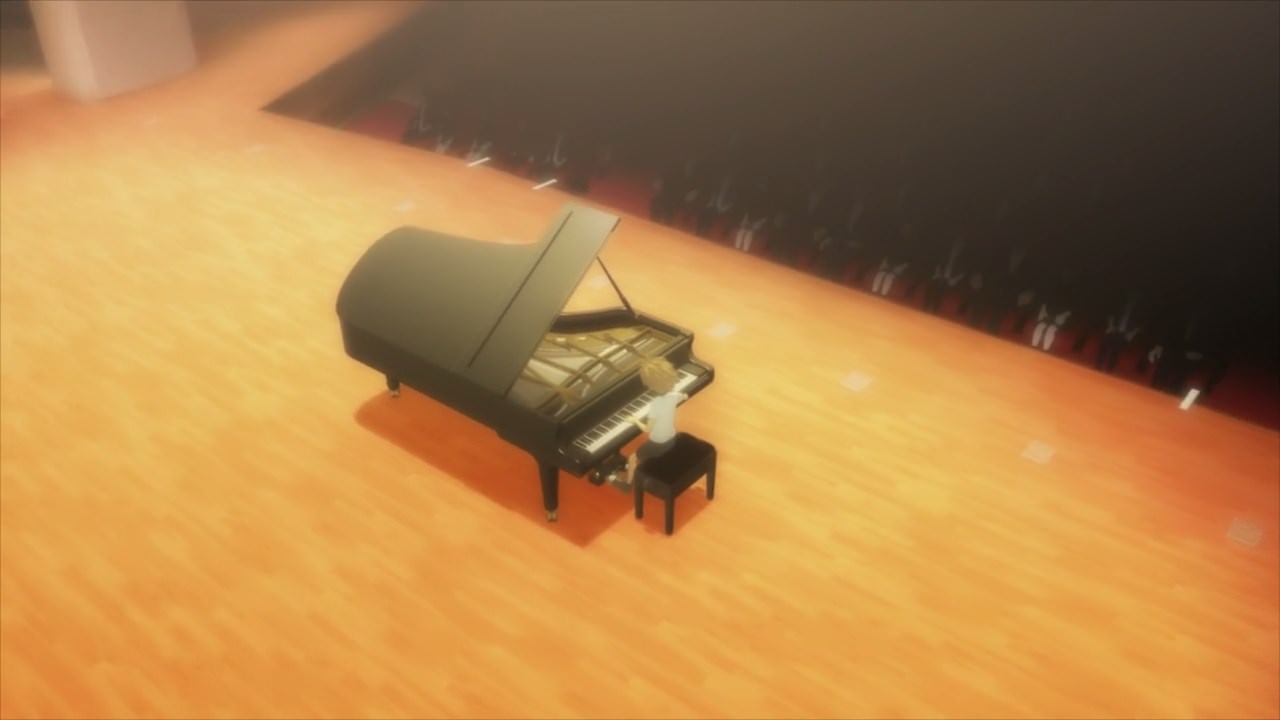 Still, Kai Ichinose played the piano anyway and instead of playing his own version, Kai-kun played Ajino-sensei’s version of Sonata No. 2, K. 280, Third Movement.

Man, looks like the ghost of Wolfgang Mozart is gonna get angry about this! 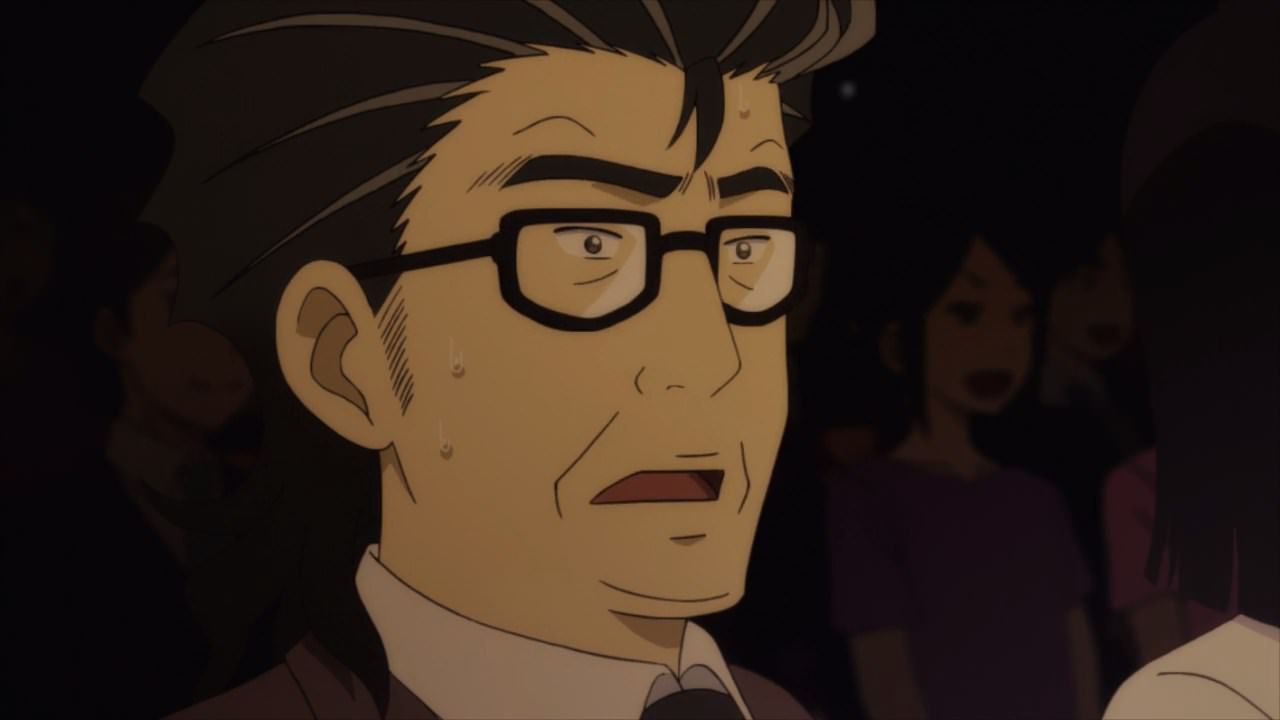 As for Yoichiro Amamiya, seems that Kai’s performance reminds him of Sousuke Ajino that Yoichiro felt that he found a replacement.

Even though Kai Ichinose is amazing, he’s just copying his mentor. 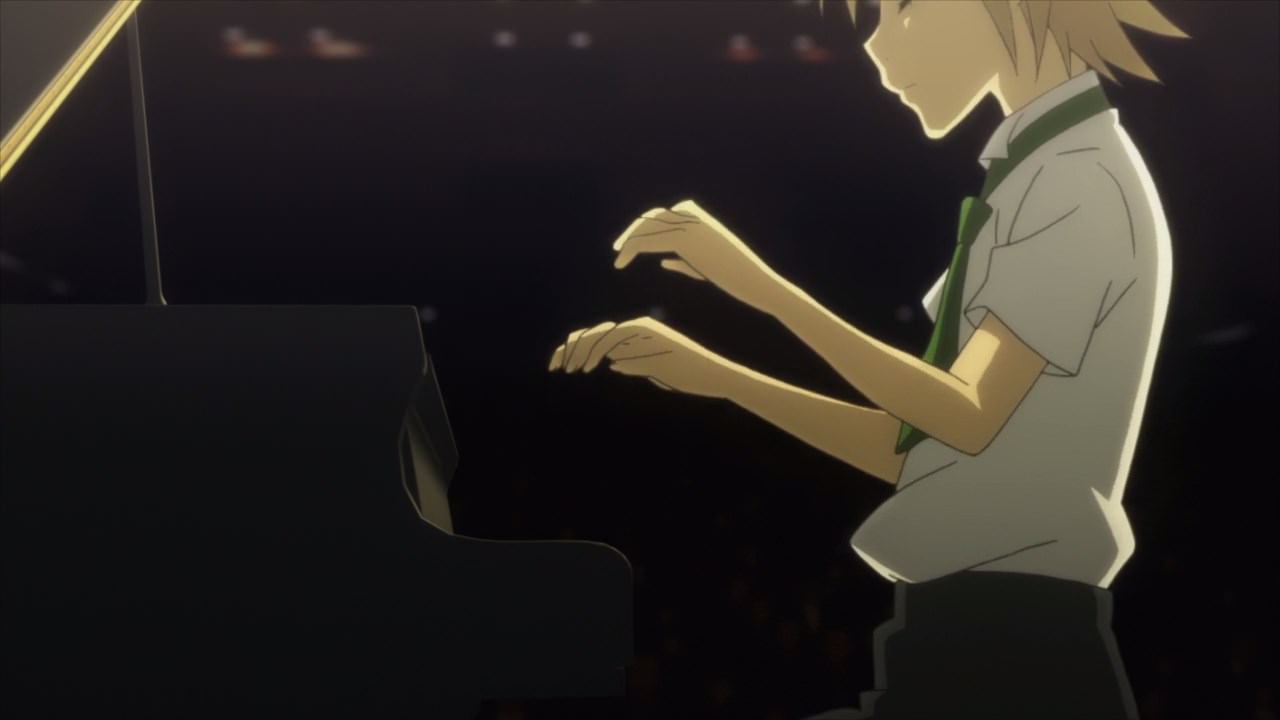 Suddenly, Kai-kun stop playing the piano mid-way. Oh boy, looks like he’s about to get disqualified for this mess and really, that reminds me of Kousei Arima where he stopped playing in the middle of his performance.

But unlike Kousei-kun, Kai Ichinose is concerned about creating his own version of Mozart’s K. 280 instead of copying Sousuke Ajino’s performance. 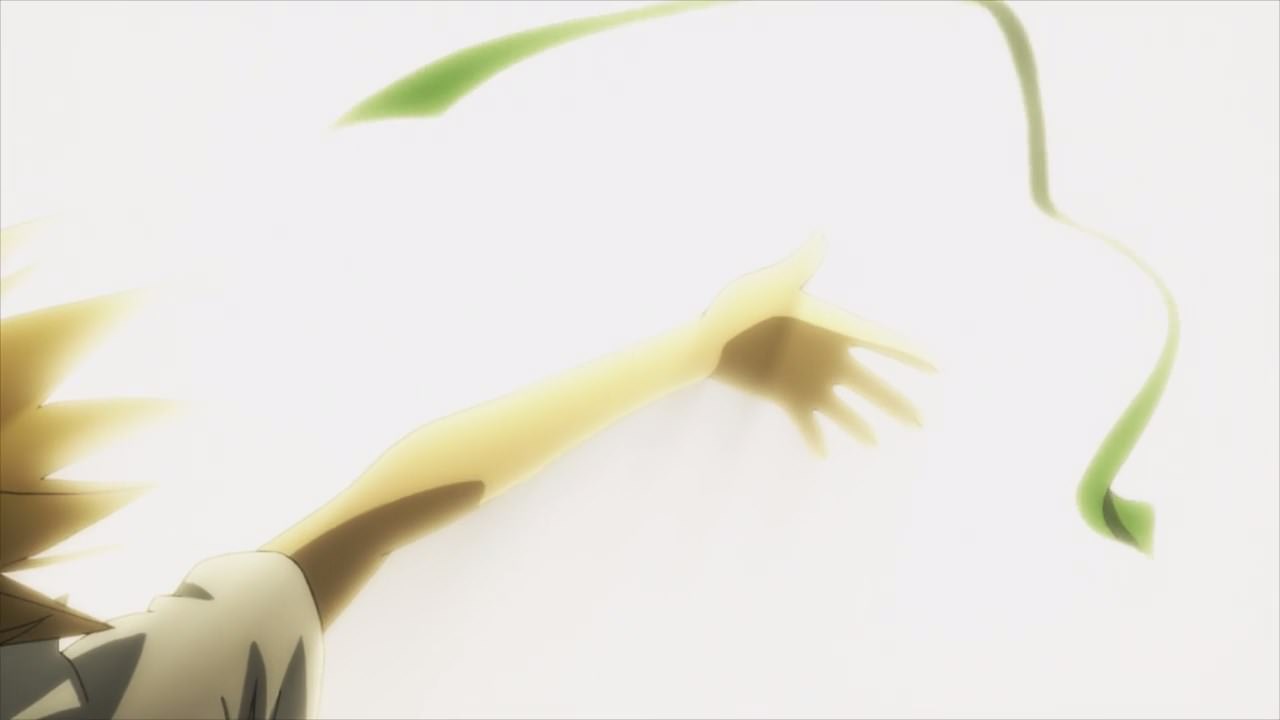 Not only that, but Kai Ichinose took off his tie and shoes ’cause it’s suffocating him much. Um Kai-kun, this is a proper piano competition, not a strip show! 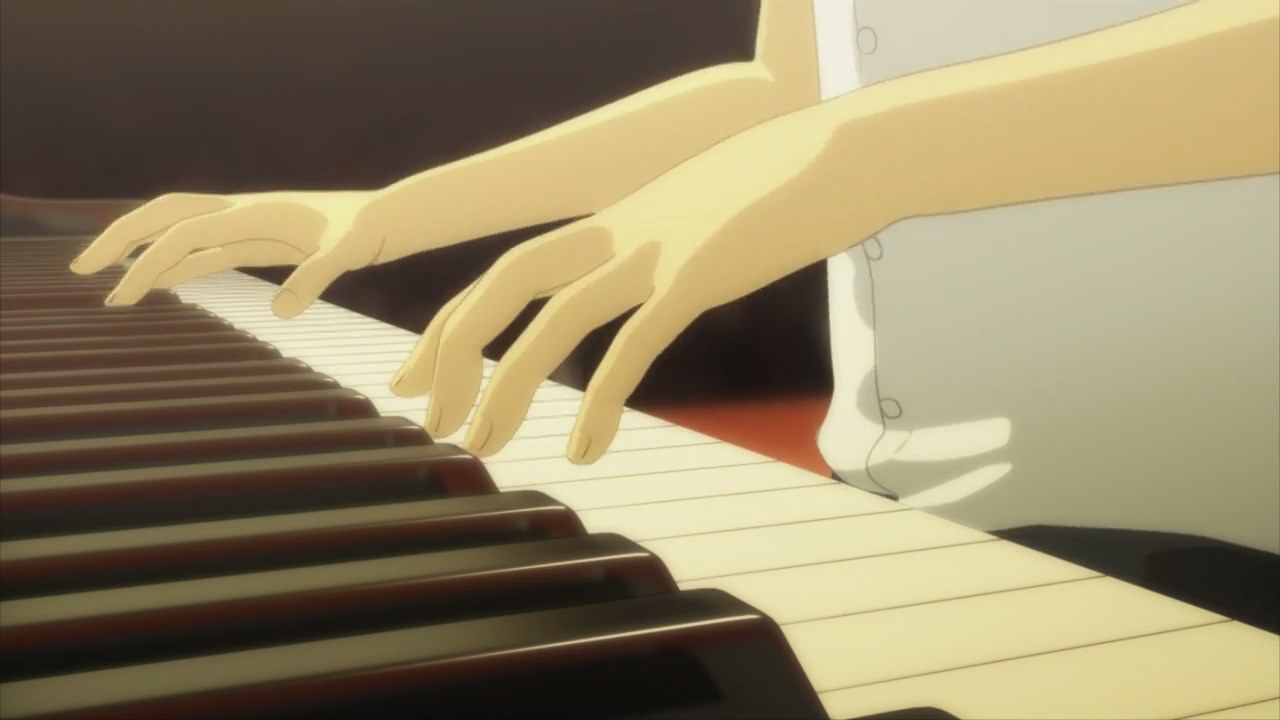 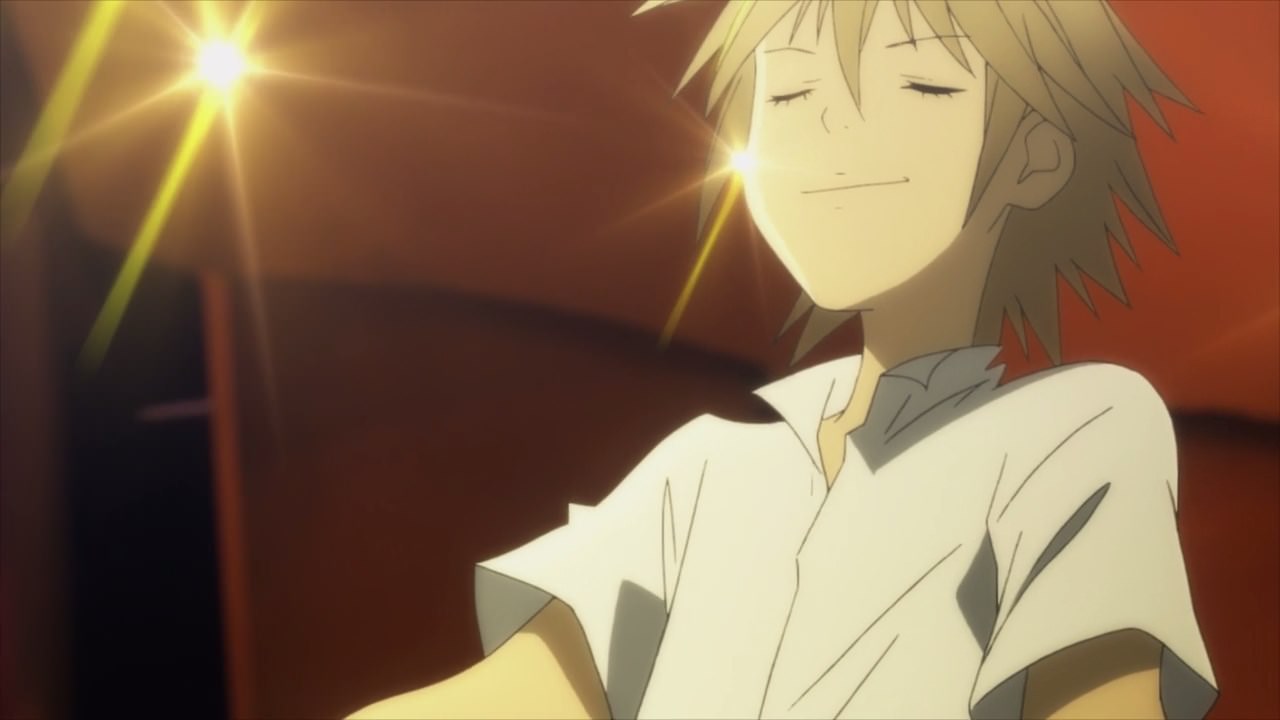 With that said, Kai Ichinose restarted his performance. But this time, it appears that he’s not copying Ajino-sensei anymore as Kai-kun is playing his own version of Wolfgang Mozart’s Sonata No. 2, K. 280, Third Movement.

Seems that Mozart felt relieved that the boy at the forest has managed to find his own style of playing his masterpiece. 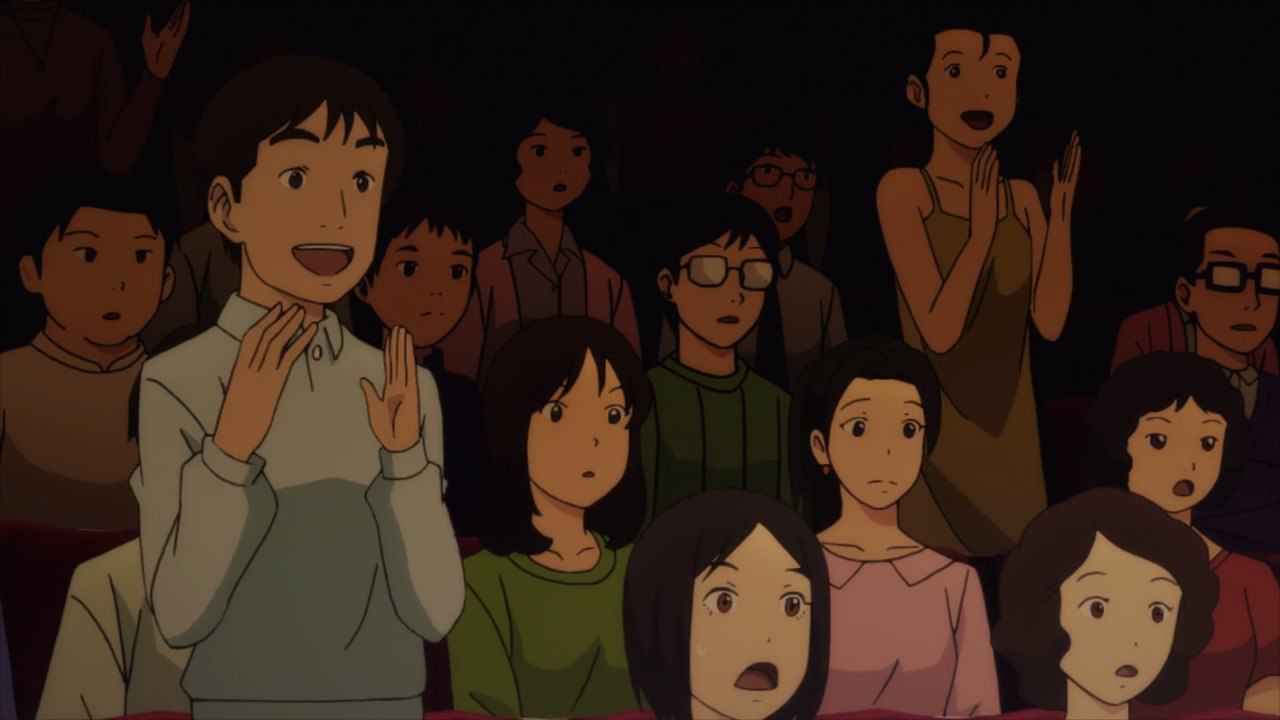 And the crowd goes wild on his performance as they gave Kai-kun a standing ovation. I must say that their hearts were touched by Kai’s music after his restart! 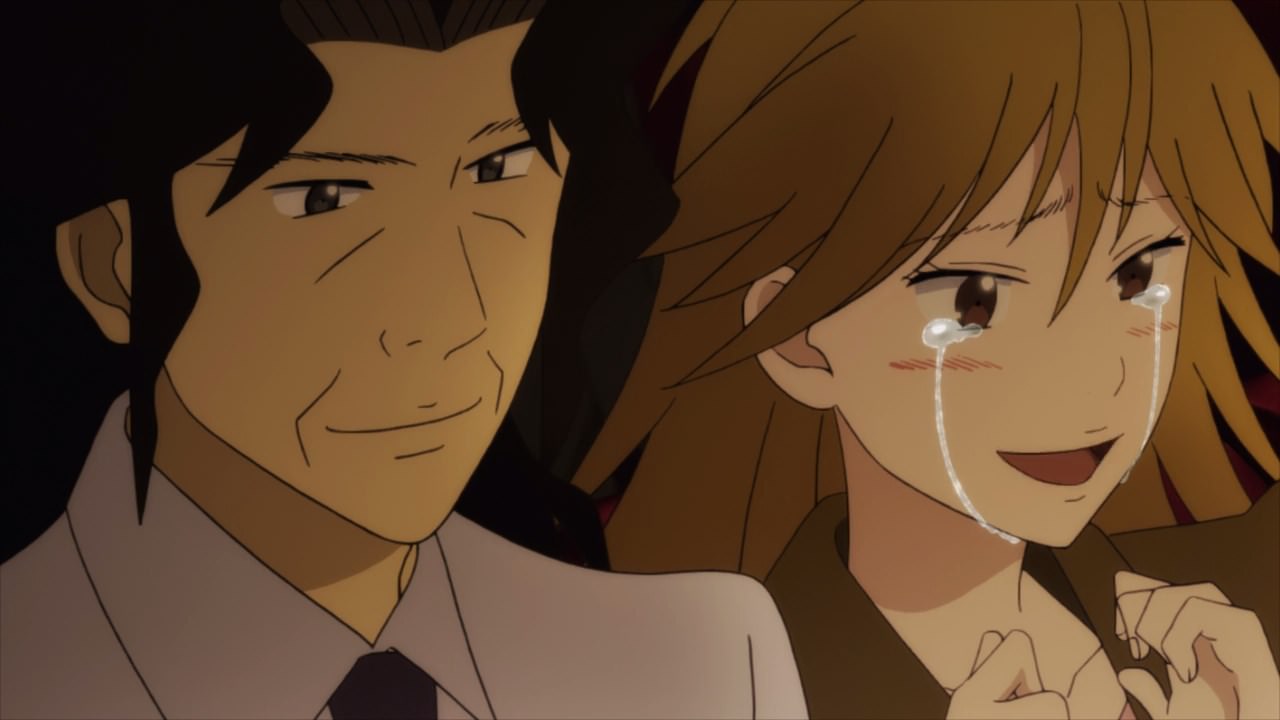 And while Rei-chan felt proud about her son, Ajino-sensei was very happy that Ichinose managed to play his own version of Mozart’s K. 280. 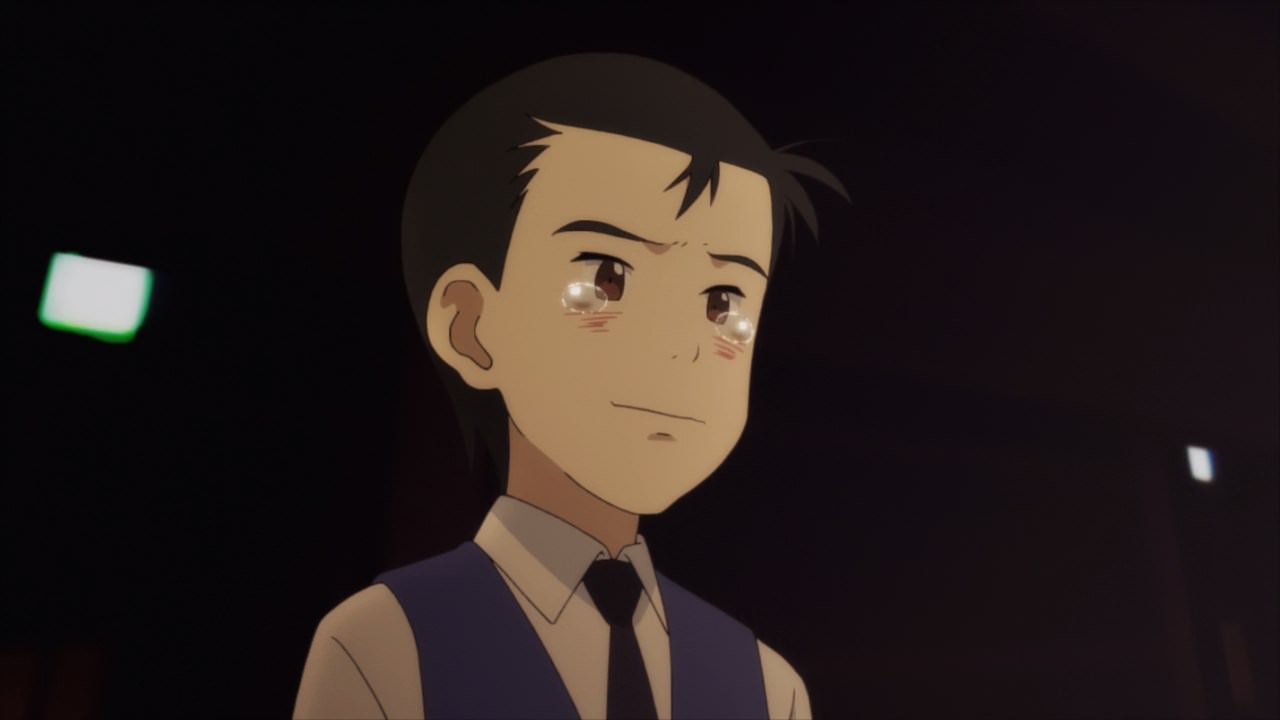 As for Shuhei Amamiya, it appears that he accepted his defeat as no matter how hard he practiced, Kai Ichinose’s skills is on another level. 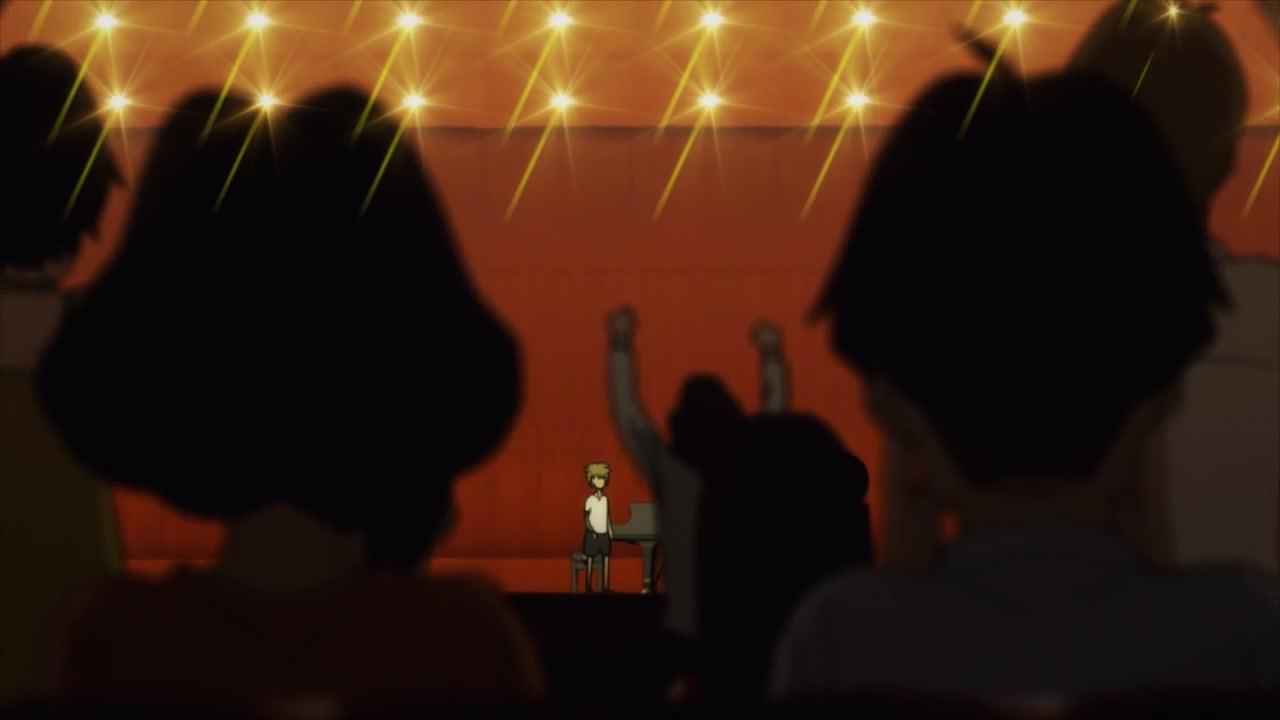 Well everyone, seems that the entire hall felt jubilant as the whole crowd loved Kai Ichinose’s performance that it reached everyone, including common folks who don’t know about classical music. But as much as he made an everlasting impression, the panel of judges disqualified Kai-kun for not only restarting his performance (which is a legit violation), but his etiquette and misbehavior like throwing his tie and shoes. Yeah, I have to say that the judges gave Ichinose a bad score, mostly on his appearance.

With that said, I don’t know what comes next from Kai Ichinose, but I’m hoping that he gets better on the next episode. So while the entire competition will eventually won by Shuhei Amamiya, the entire audience made Kai Ichinose as the people’s champion.