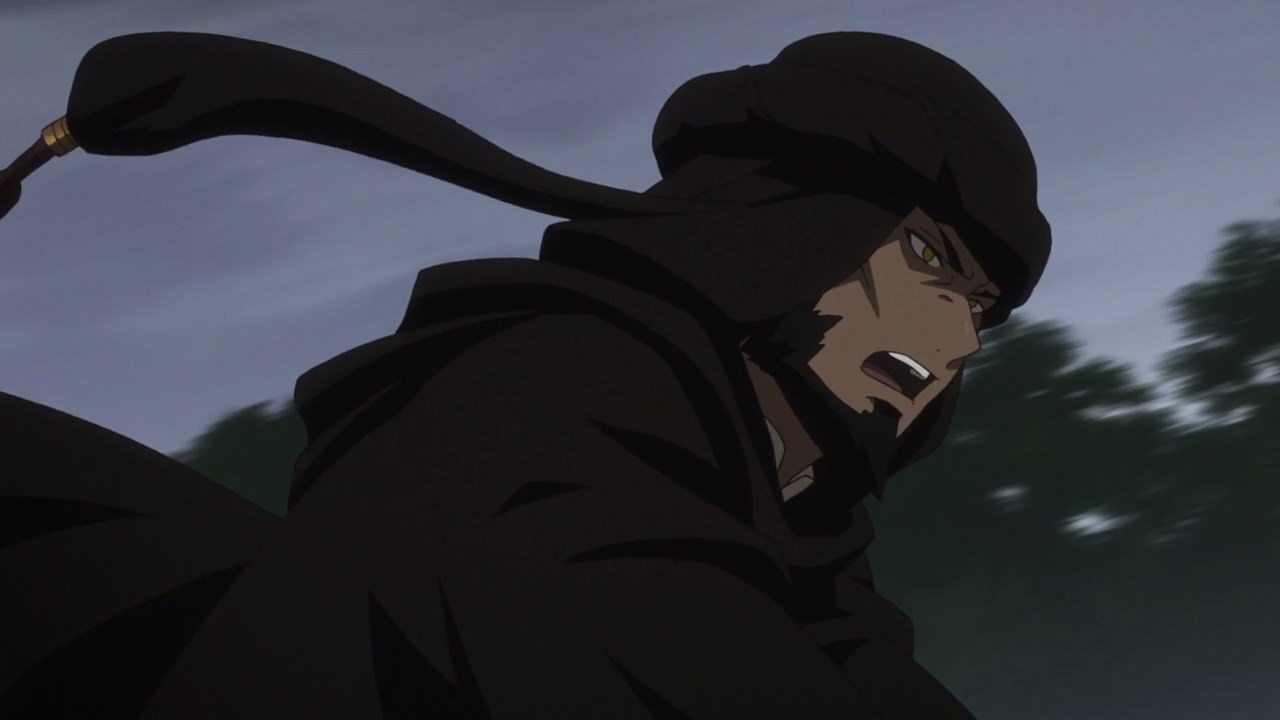 Well guys and gals, it’s time for the final dance from Prince Milza Kuces as he ignored Telius Savoie’s suggestions to wait for Marrine Kreische and her Valdrind Knights to arrive at Castle Unicorn.

Seriously, Lord Milza should have listen to Telius’ suggestions if he wants to win the battle against Earl Theo Cornaro! 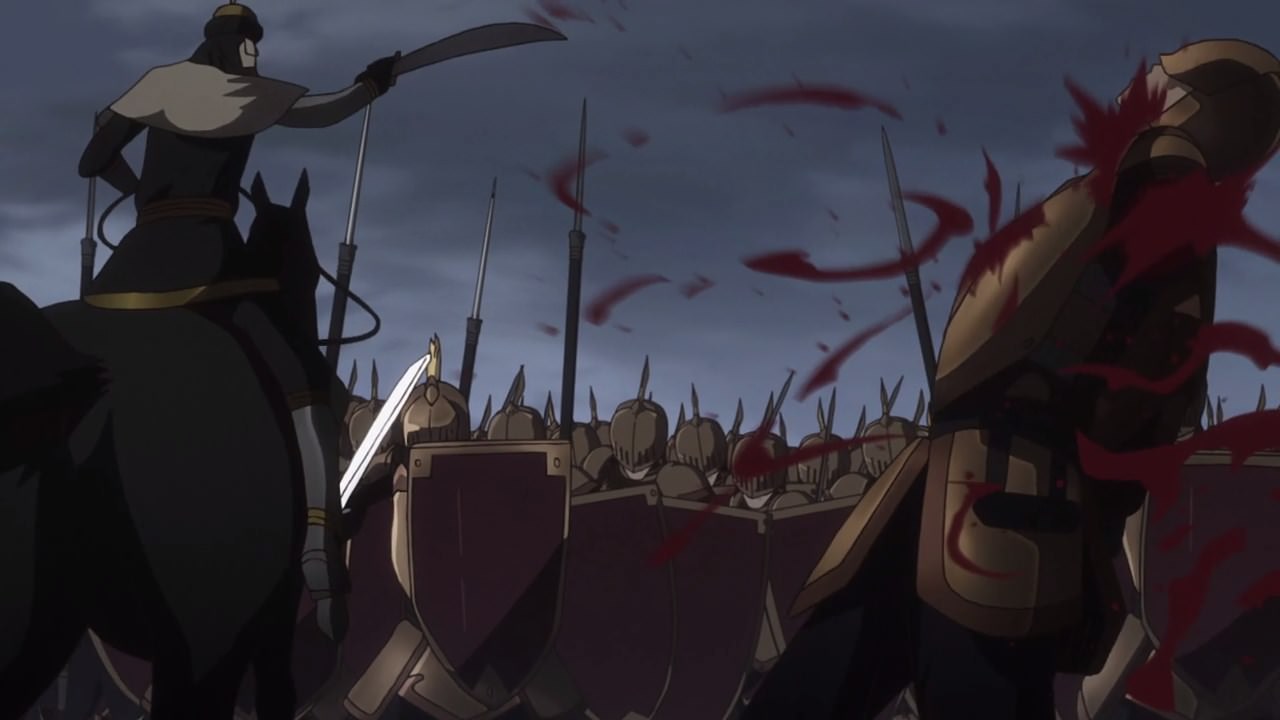 With that said, Prince Milza and his Dartagnian forces have decided to ignore everyone and went straight to Theo Cornaro and his ragtag team of werewolves, vampires, and the citizens from Altirk.

Despite getting past through Theo’s allies, Dartagnia shows that they’re stronger that they inflicted Sir Alfred’s forces like a hot knife through butter! 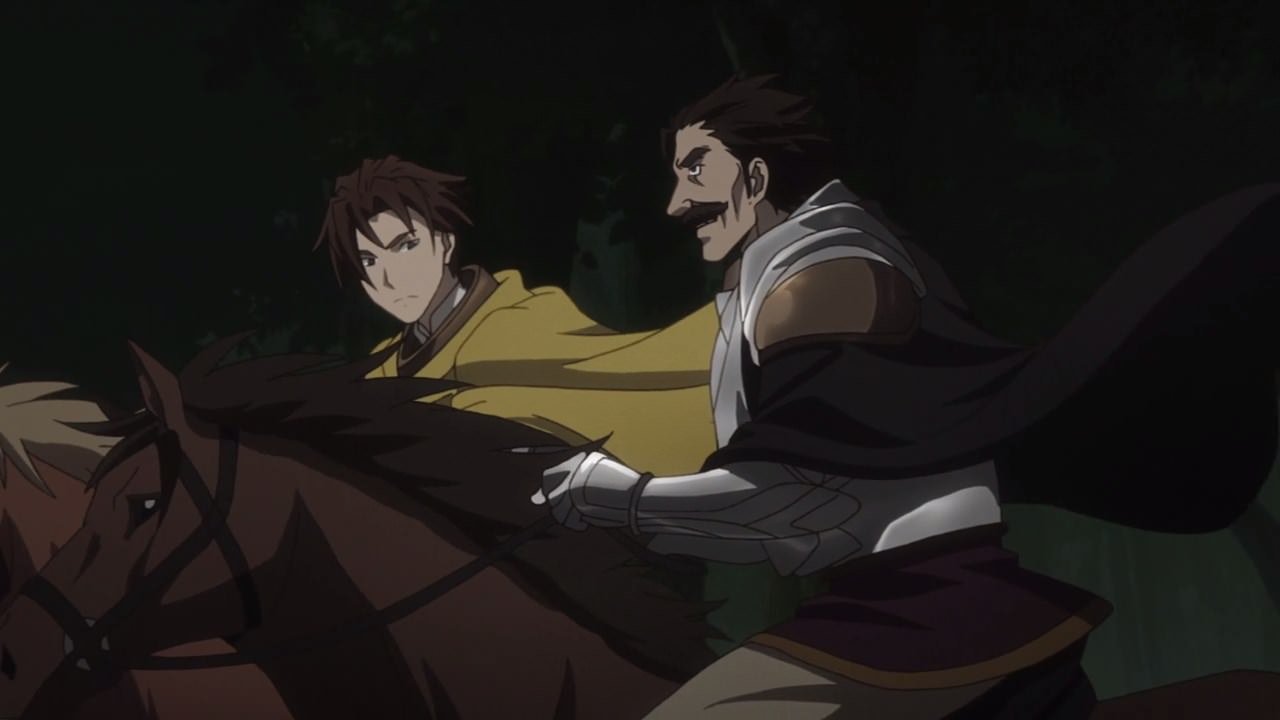 As for Sir Alfred, he decides to make his escape together with his son and while this lord is safe, Sir Alfred found it baffling that the next leader of the Altirk Treaty will be a commoner like Theo Cornaro.

Then again, Theo Cornaro deserved to be the leader as he not only liberated his hometown from the Rossini family, but his charisma has united every people from different walks of life, something that no other lord cannot do. 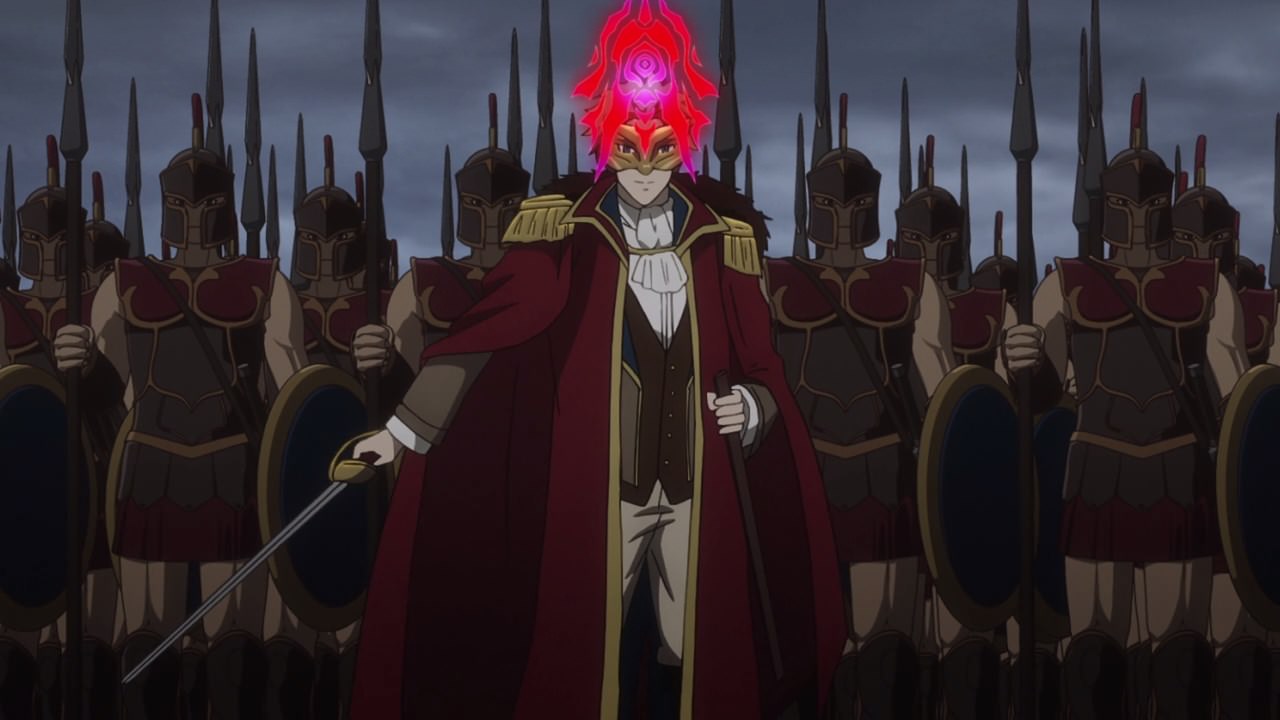 Meanwhile, here’s Baron Jorgo, the son of the late Theater King Solon as he and his Kilhis army are ready to defend the line against the Dartagnian forces. 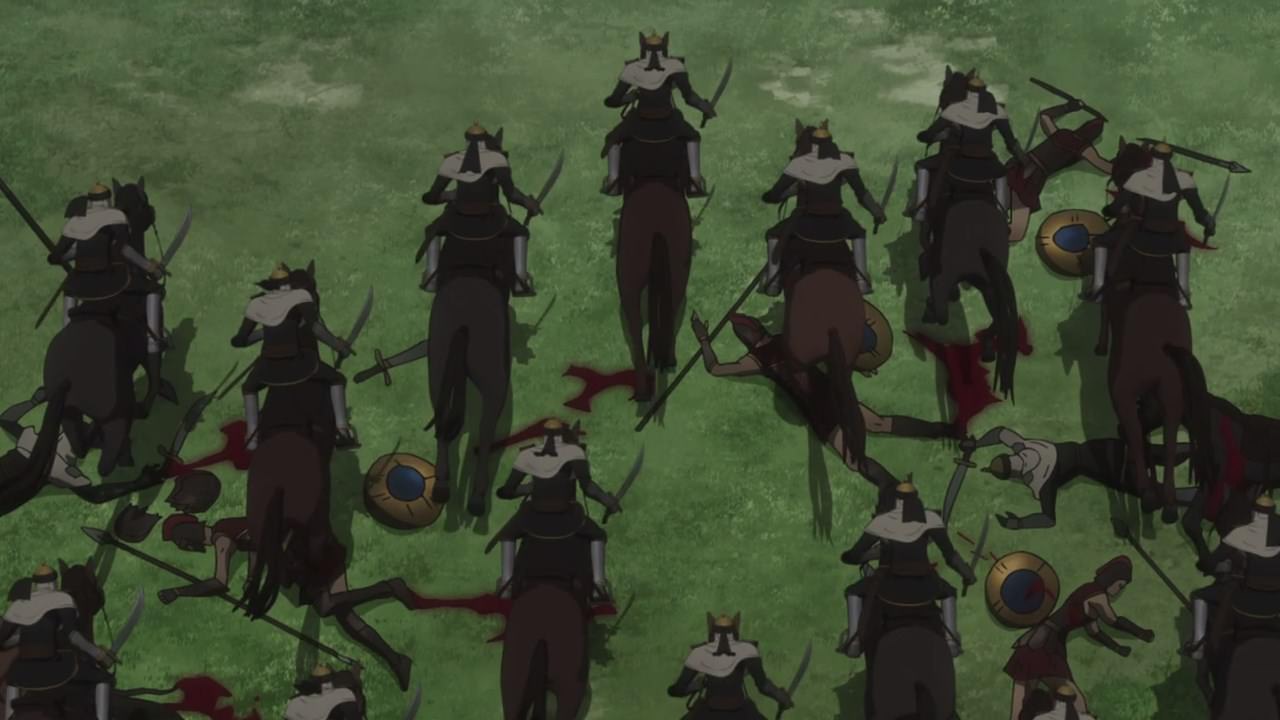 Unfortunately, Baron Jorgo and his 1,000 soldiers are overrun by Prince Milza Kuces and his forces. I must say that it was a valiant effort by the Kilhis army. 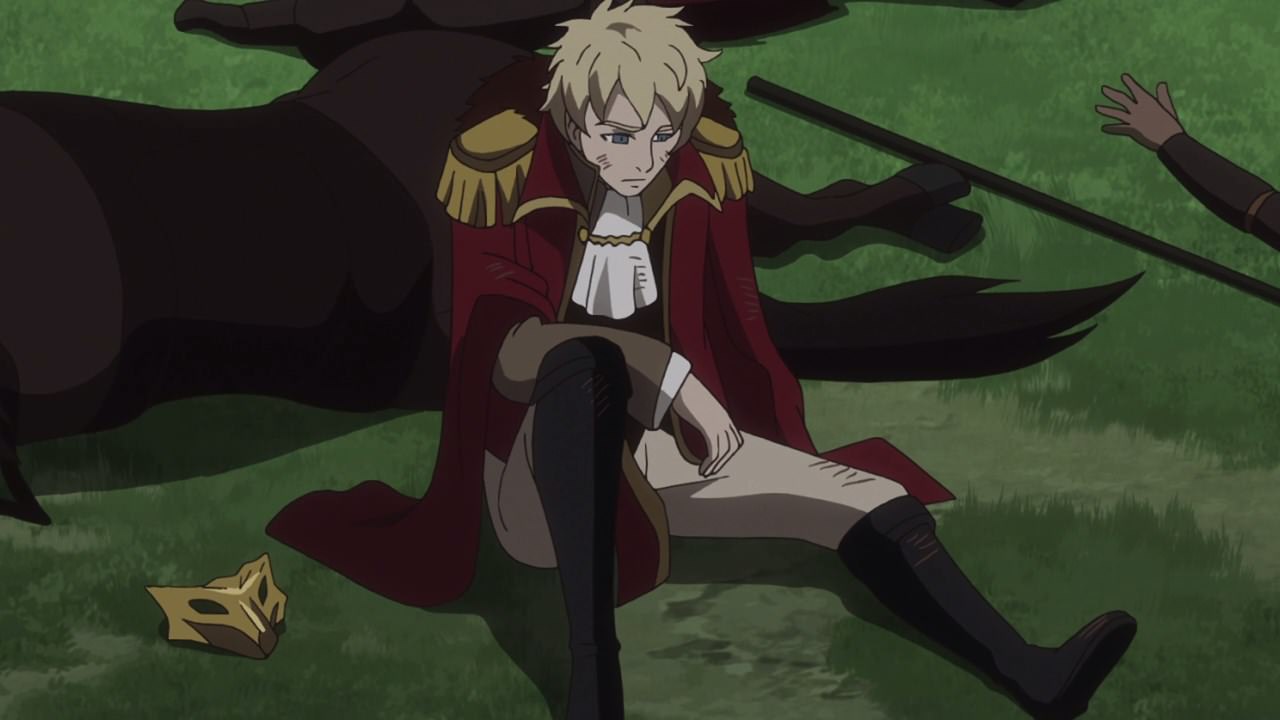 On the other hand, seems that there’s a silver lining as Baron Jorgo and his remaining men survived. Well, they’ll sure gonna fight for another day! 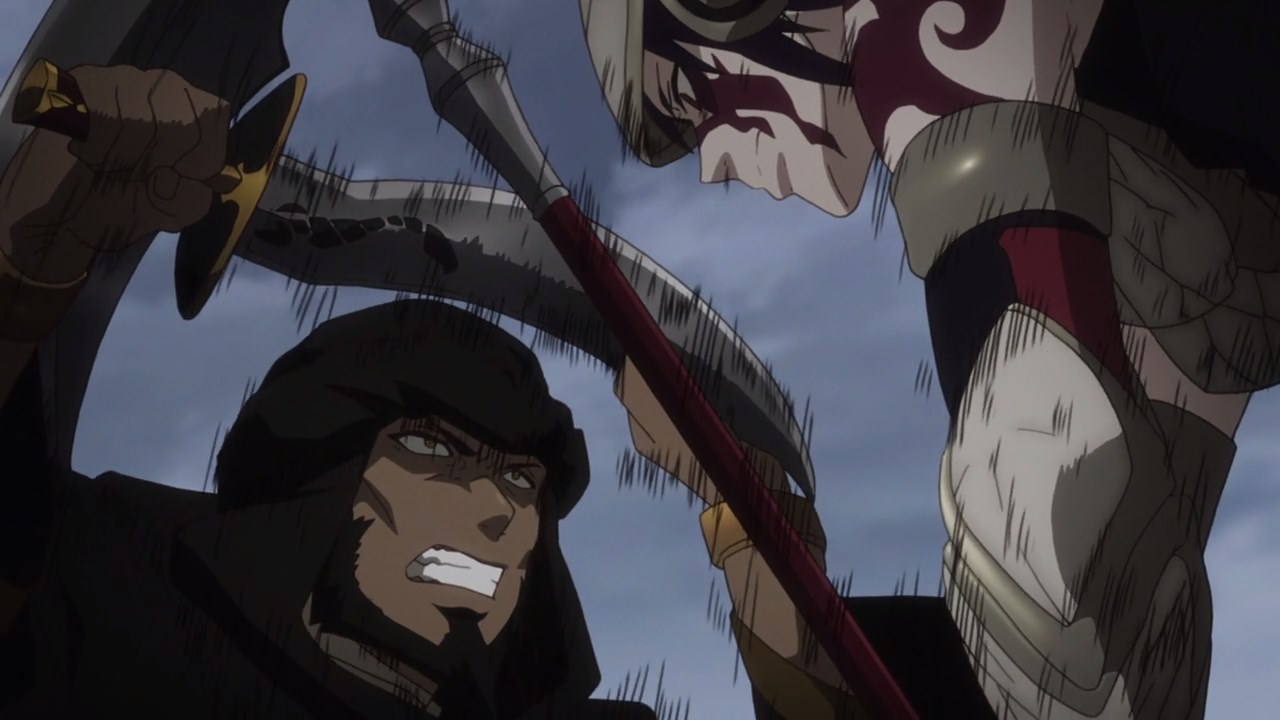 Now then, Prince Milza Kuces have managed to break through enemy lines until he reached Theo Cornaro and his army.

Of course, the likes of Aishela are here to greet the Crown Prince of Dartagnia, although Lord Milza Kuces will just shrug it off! 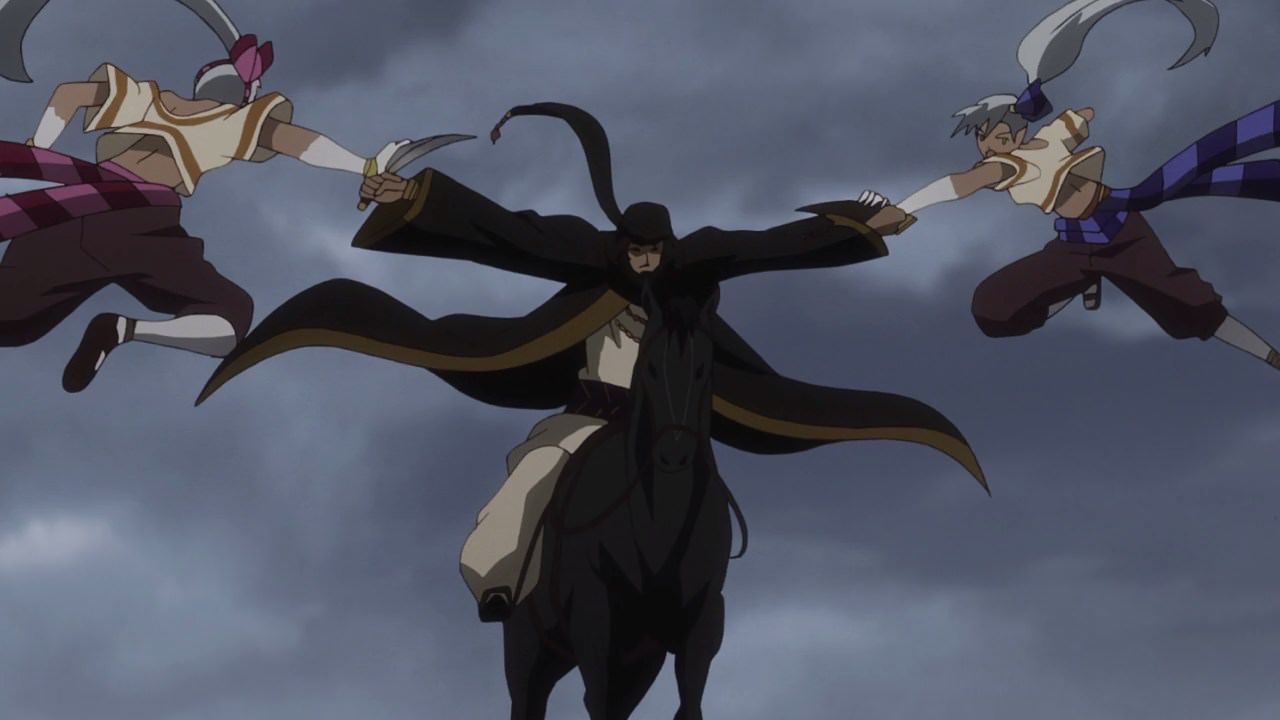 So is Luna and Emma as their pounces are ineffective when Lord Milza managed to parry them. 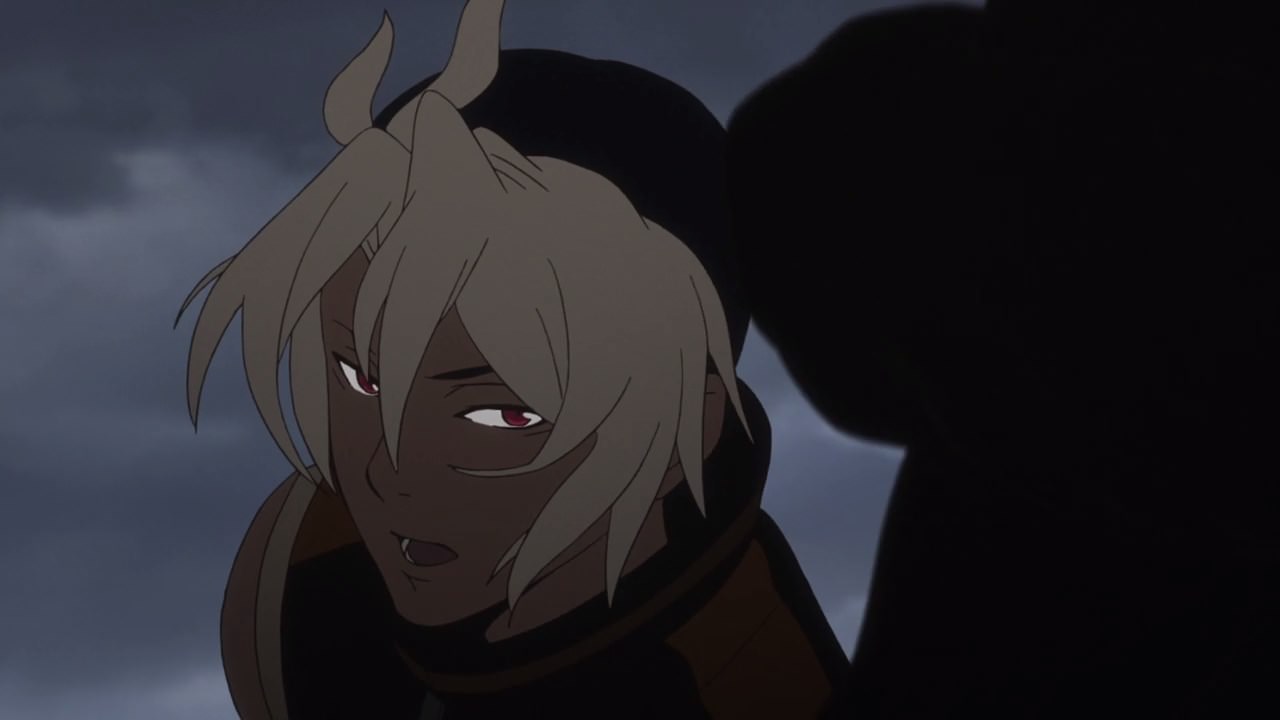 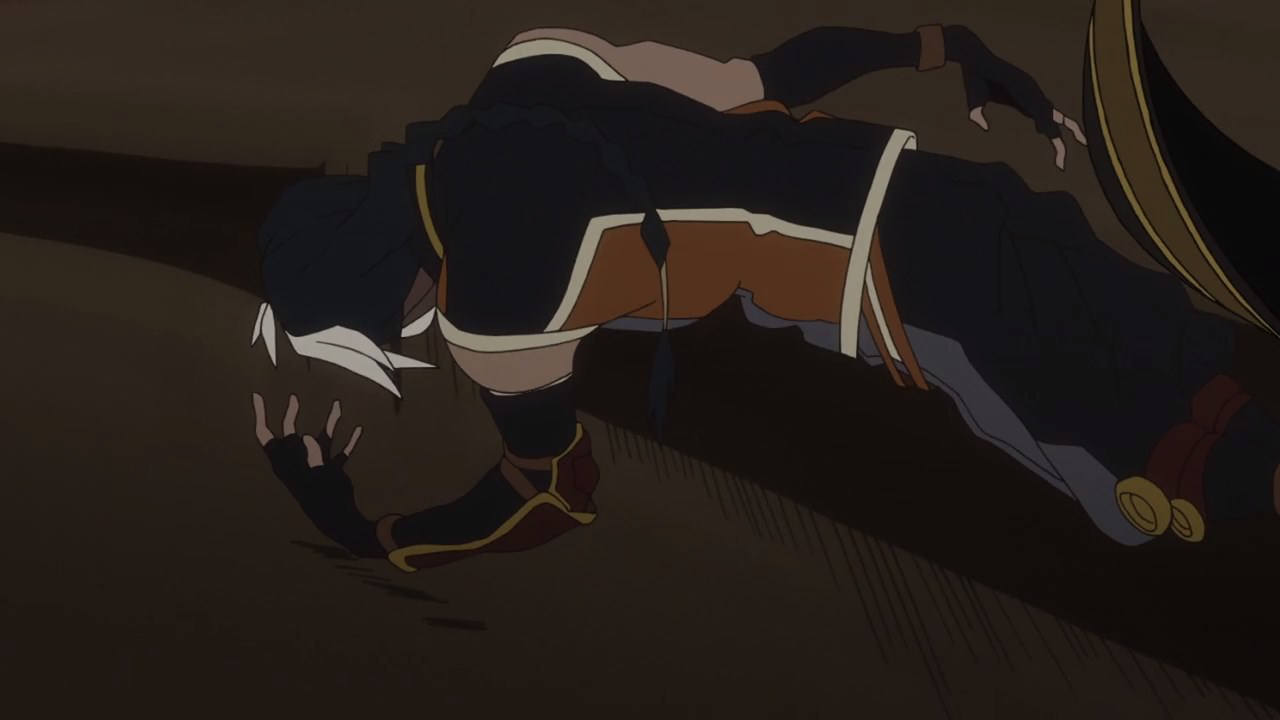 Yet, Irvin failed to beat the Crown Prince as Siluca’s Shadow was thrown away by Milza Kuces. Well, there’s only one person who can take this stubborn prince out. 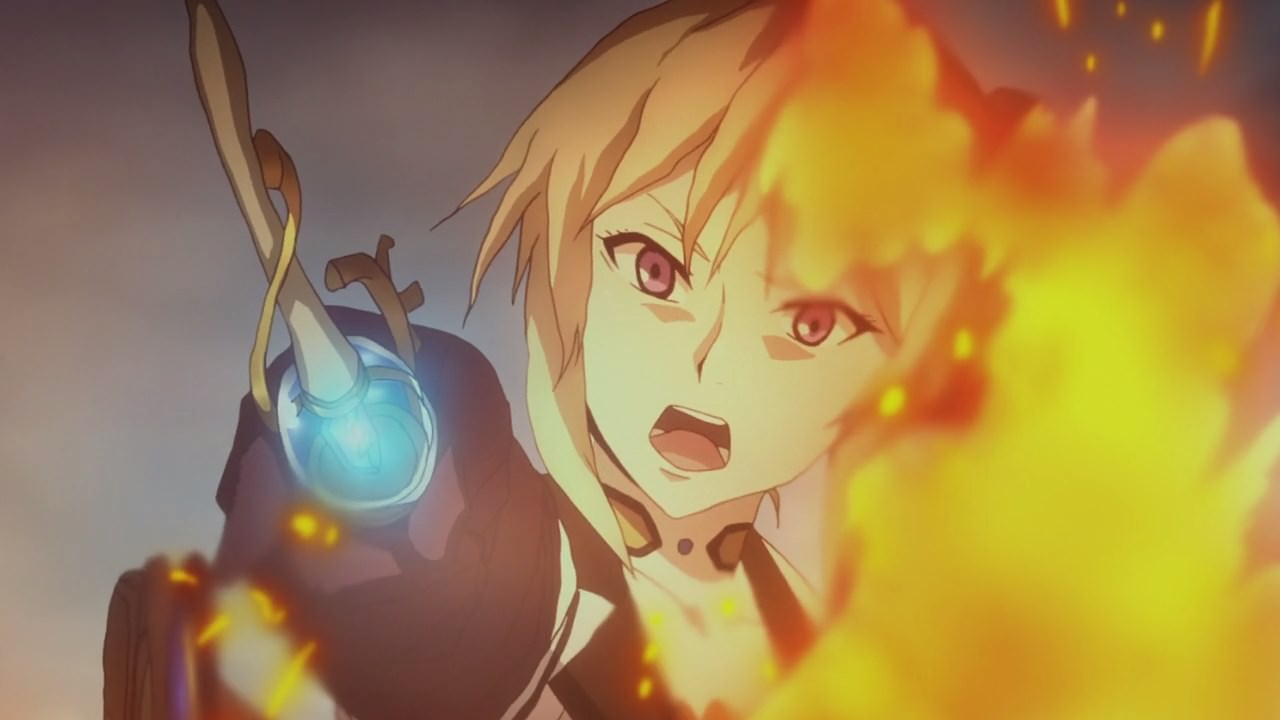 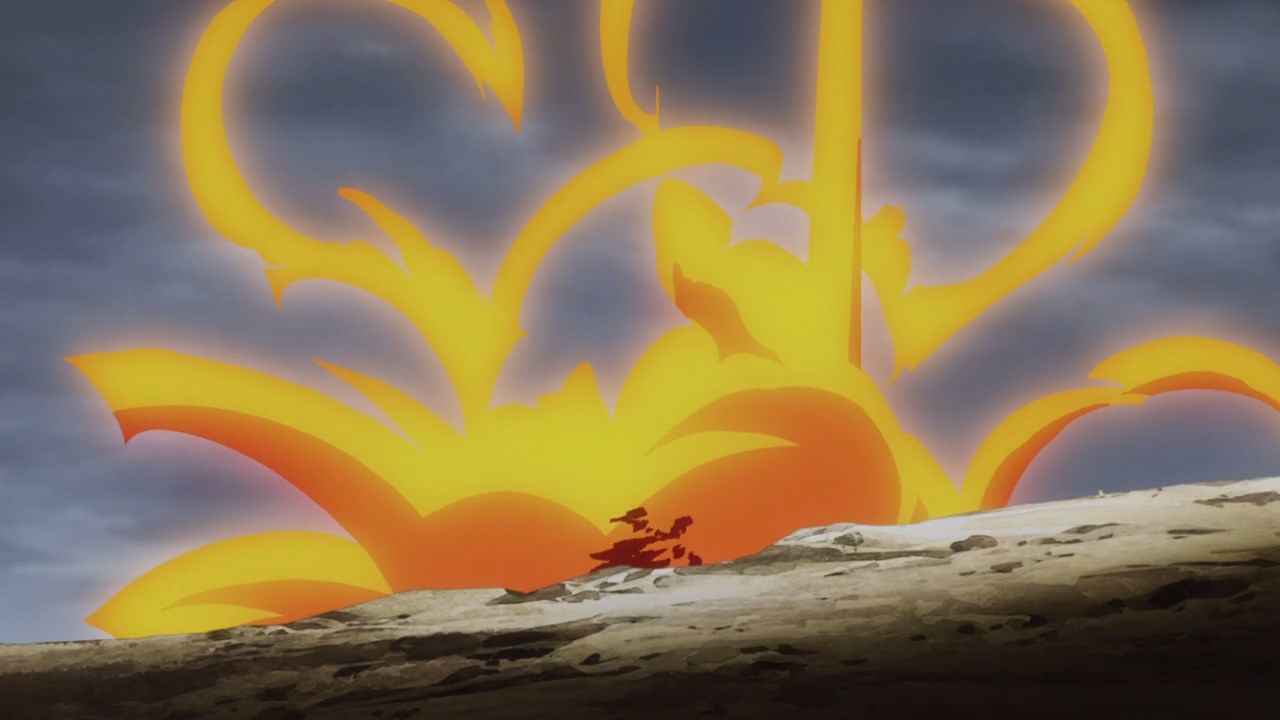 …creating a fireball that creates a big explosion, engulfing the Crown Prince of Dartagnia. 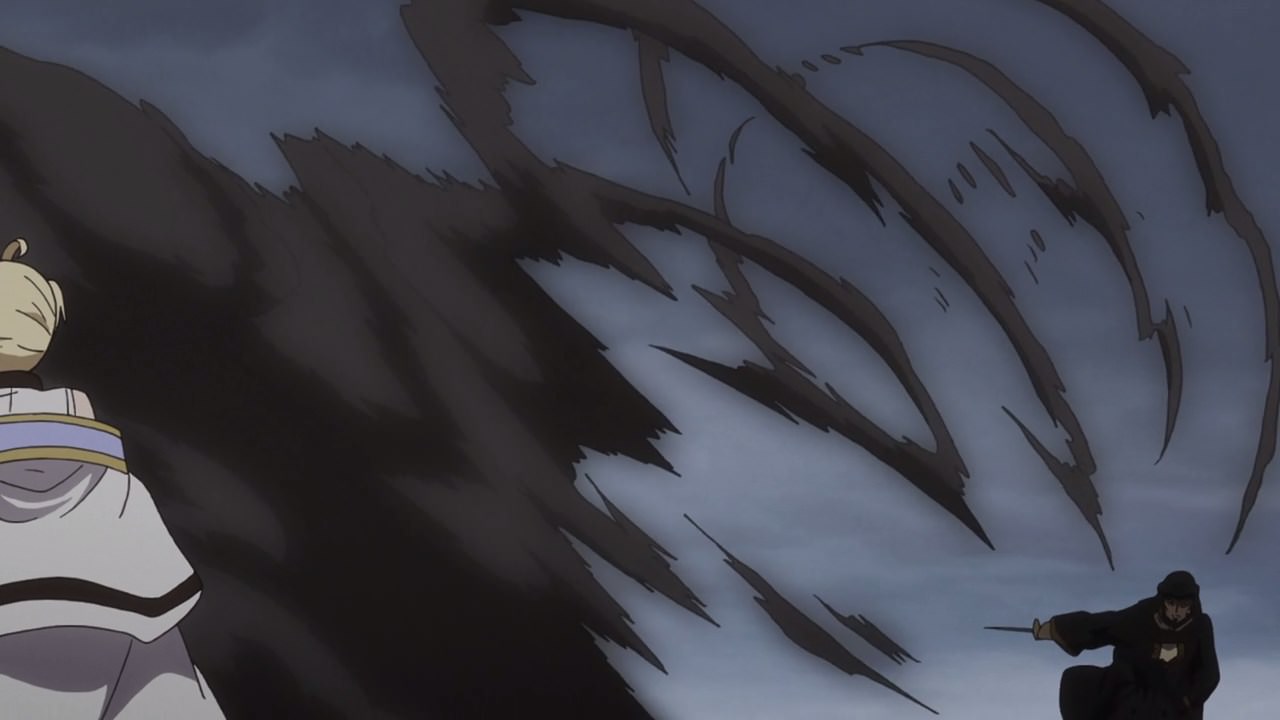 Unfortunately for Siluca, it appears that Lord Milza is somewhat indestructible as he’s about to chop her head off! 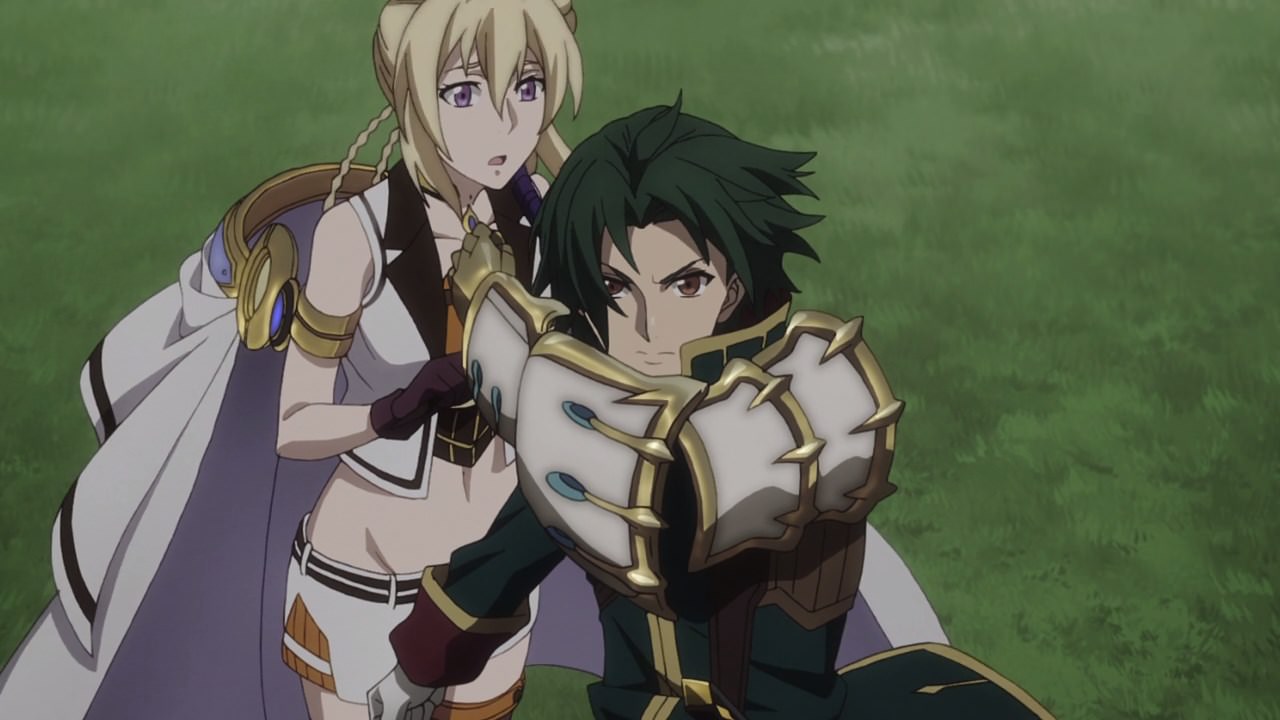 That’s until Earl Theo Cornaro arrived to protect Siluca Meletes from being killed by Prince Milza Kuces. Well, he doesn’t want his allies getting murdered. 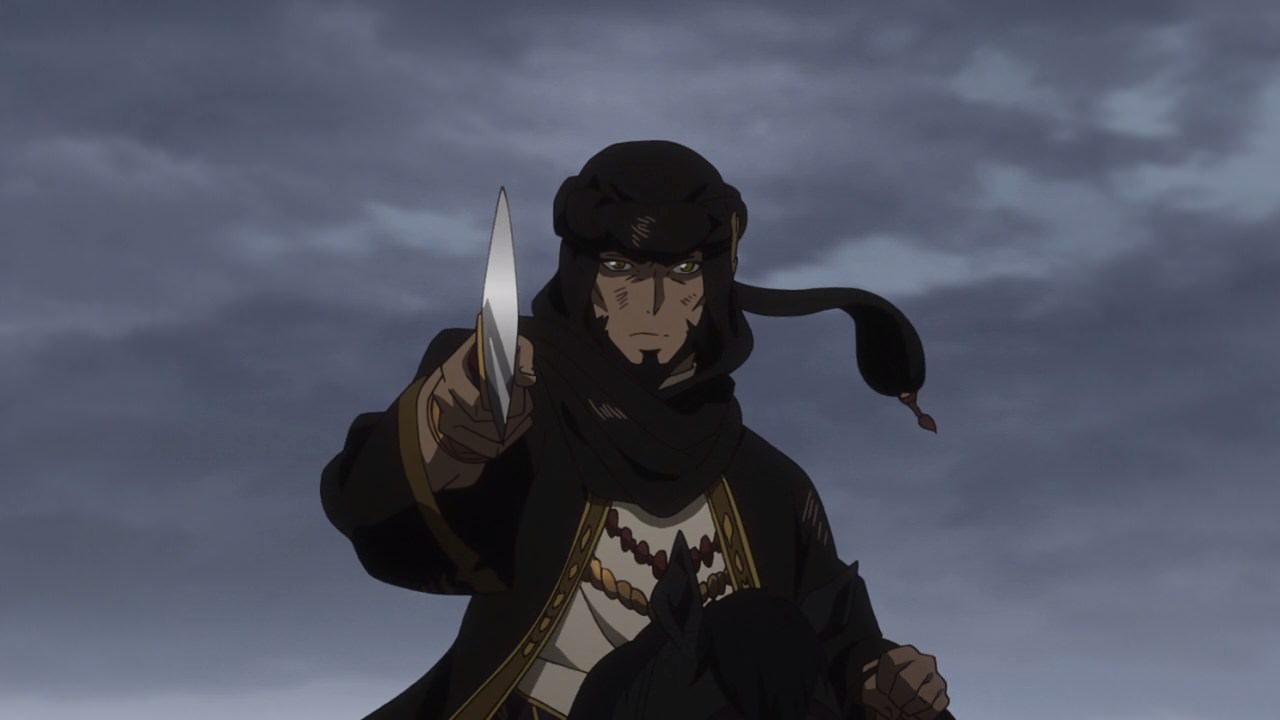 But as for Milza Kuces, it’s a perfect timing for him as the Crown Prince challenged Theo Cornaro to a duel to the death, which the Earl of Sistina agreed to fight Lord Milza.

Well, I’m hoping that it won’t be a bad decision for Theo Cornaro as losing him might suffer a big blow for the Fantasia Union. 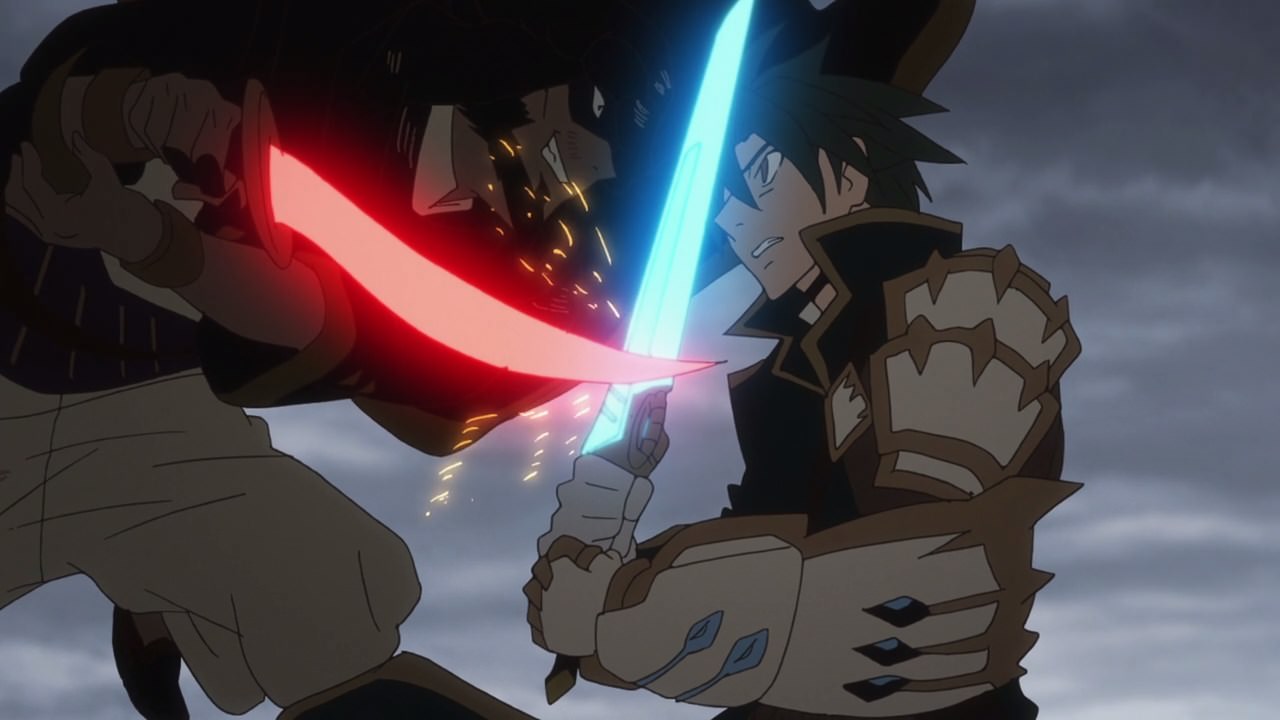 Anyways, time for the epic duel between Prince Milza Kuces of Dartagnia versus Earl Theo Cornaro of Sistina!

While the odds are against Theo since Milza has more experience in fighting other lords, it’s not like he’ll lose that easily as Theo Cornaro has other ways to beat stronger opponents like Yana the Black Witch and two of Pederico Rossini’s sons.

So yeah, it’s not like the battle will be one-sided as they’re evenly-matched, although Theo got near misses against Milza’s attacks. 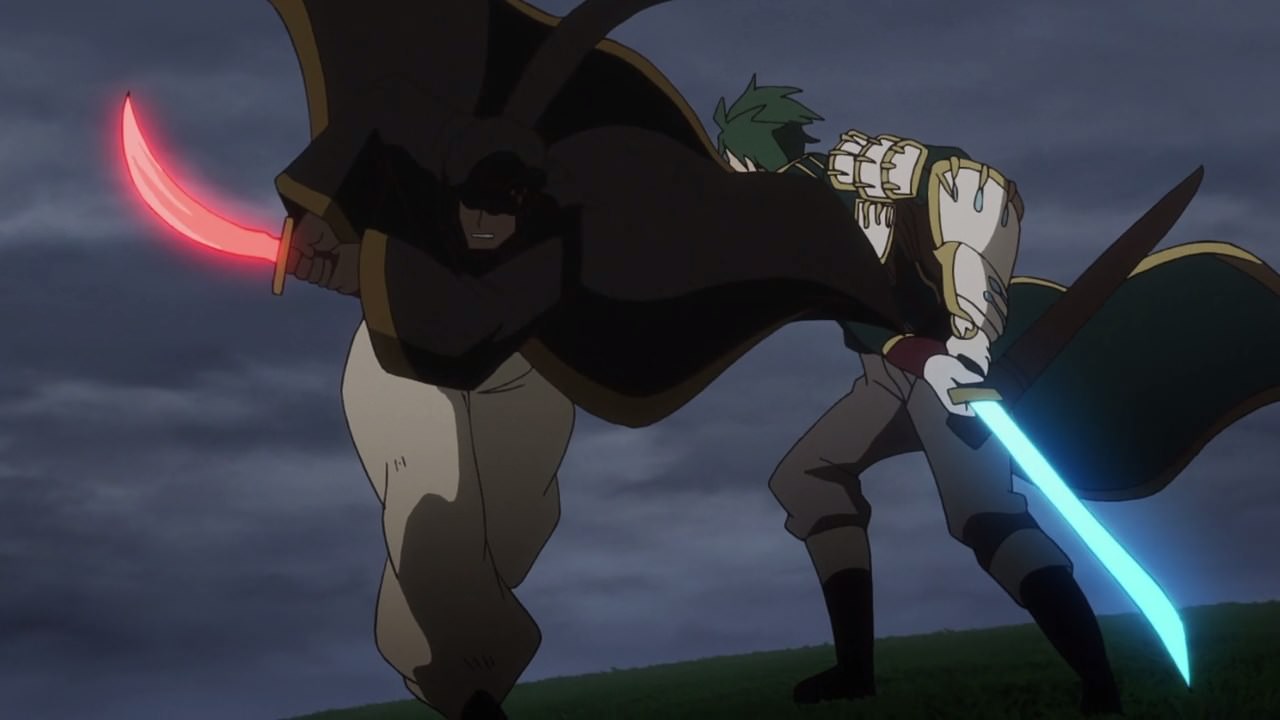 However, seems that the Crown Prince has stumbled as Earl Theo Cornaro is trying to tire Milza out, much like he did with Dorni Rossini back in Episode 14. 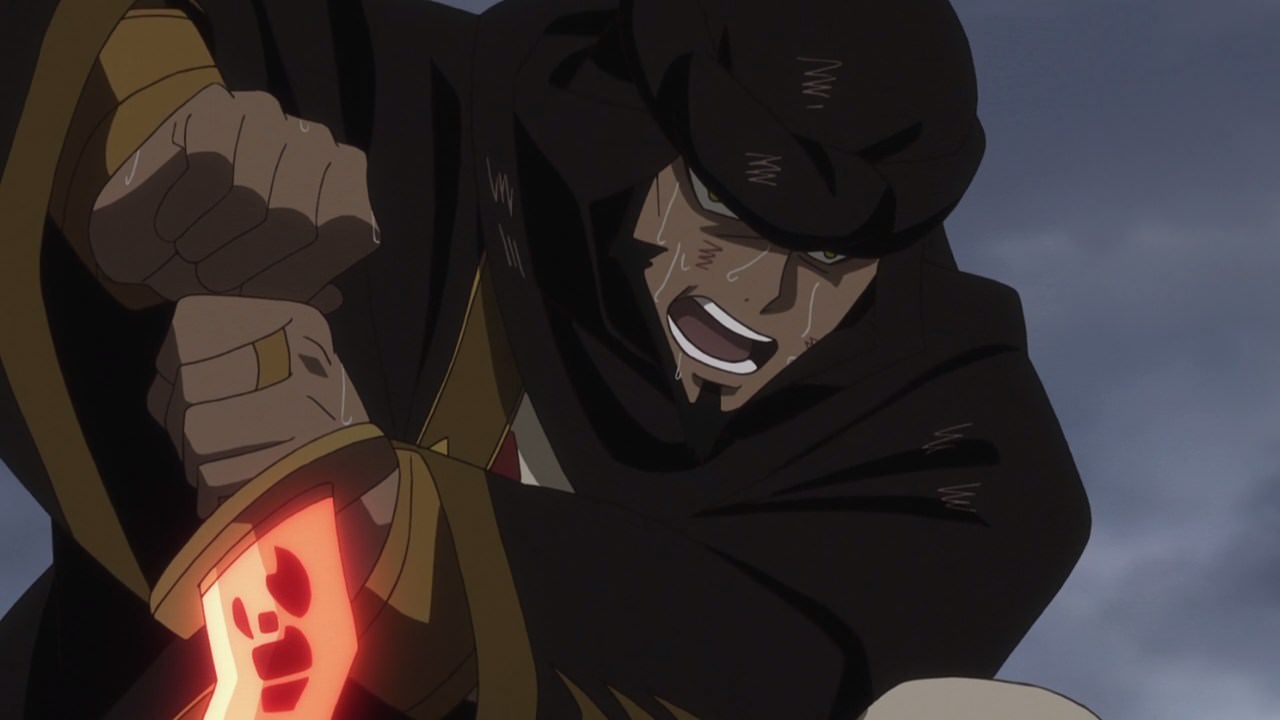 Looks like Milza Kuces is losing his strength faster than Theo Cornaro that his skills are getting rusty. Oh, and as for his Dartagnian troops? 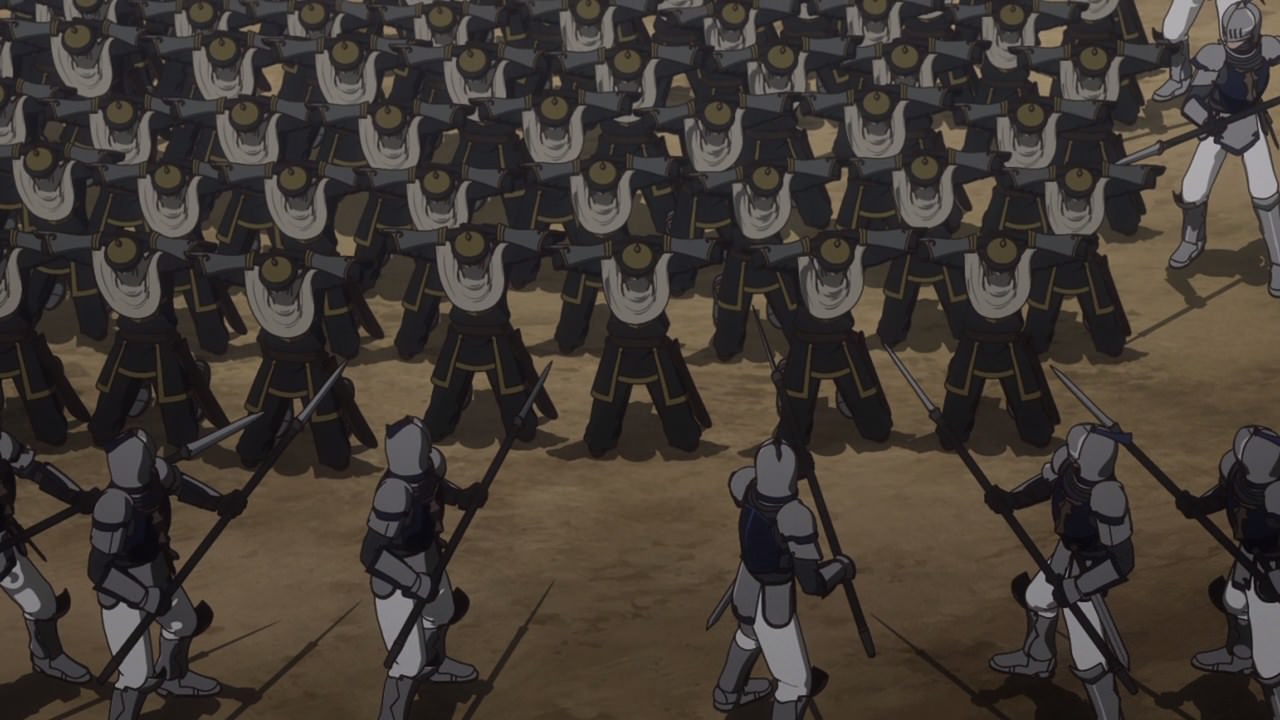 Well as you can see, most of Prince Milza’s soldiers have finally surrendered. I guess their morale didn’t last long once they’re cornered by the Fantasia Union. 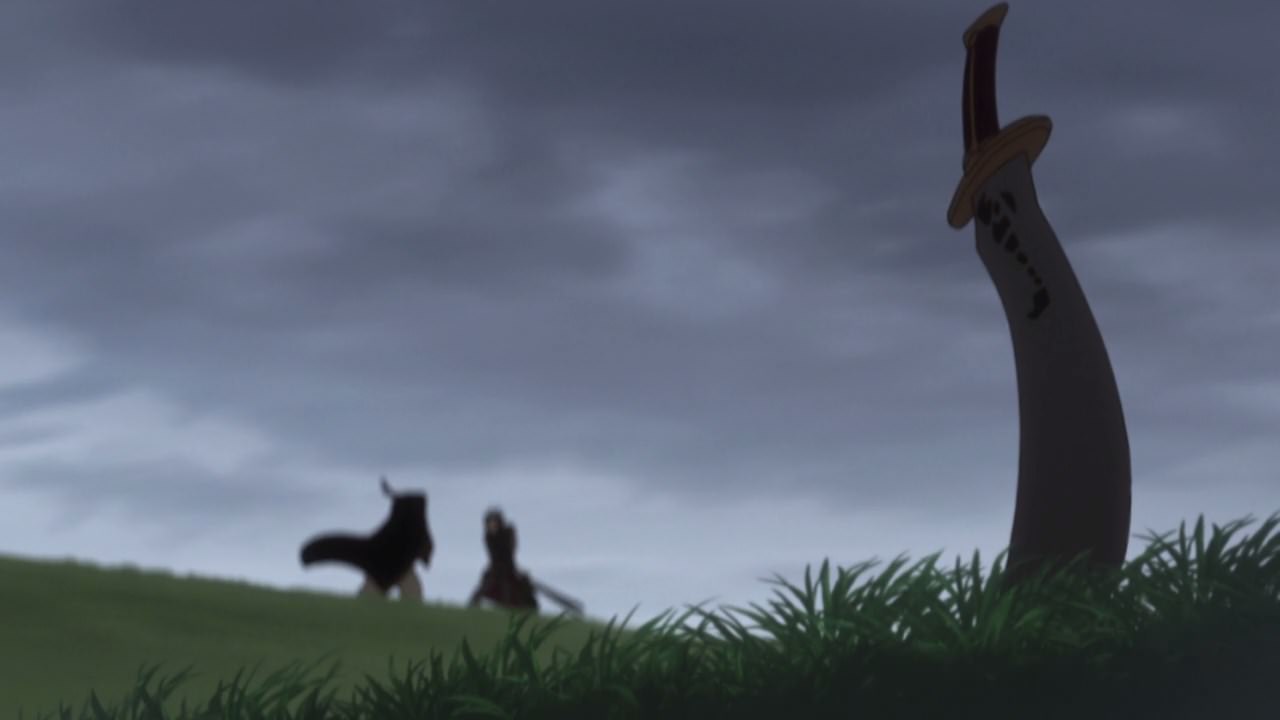 Anyways, Milza Kuces lost his scimitar after Theo Cornaro disarm him. At this point, this battle might be over. 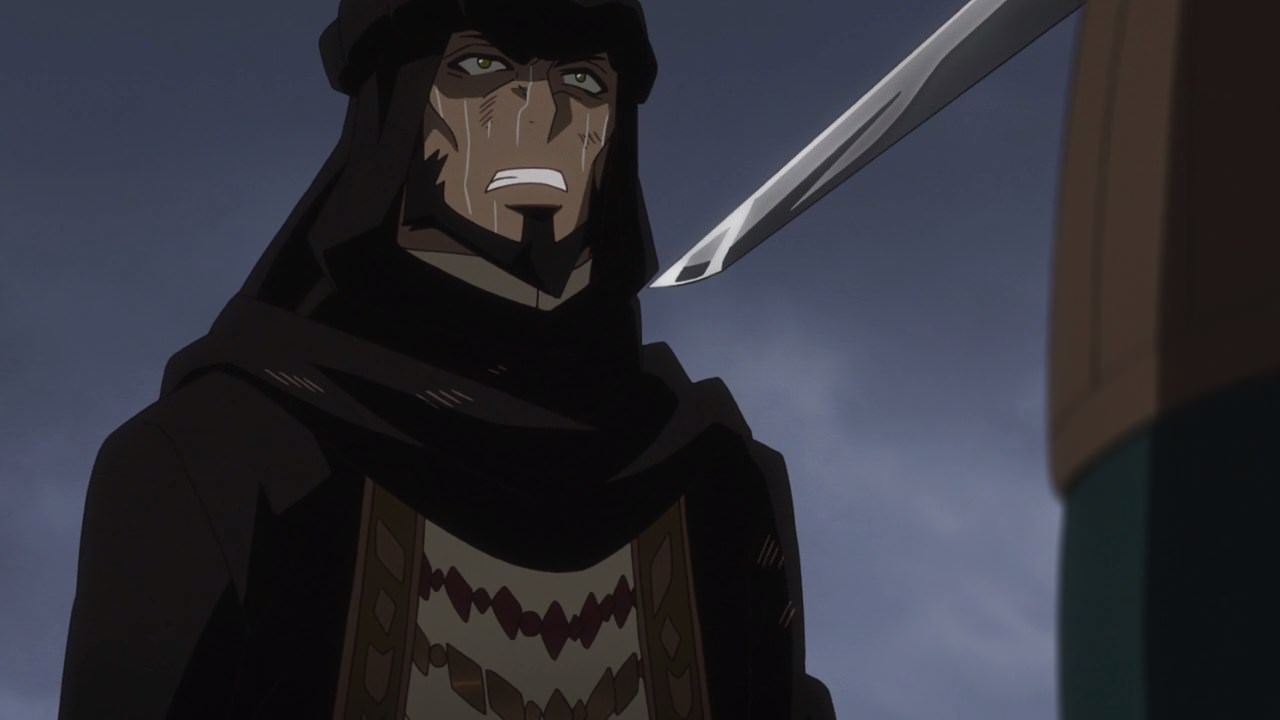 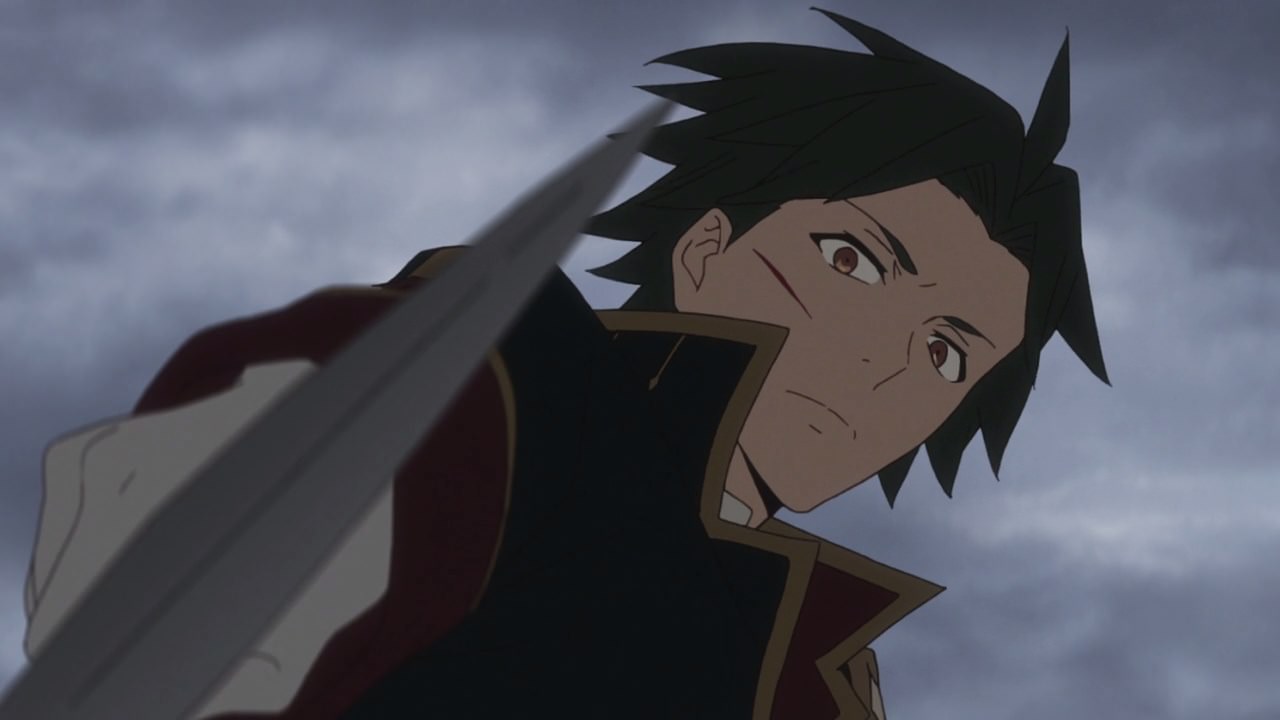 And speaking of Prince Milza, Theo formally asked him on whether to give up his crest or his life. But being Milza Kuces however, he won’t beg for his life nor his crest. Well, I have to say that he remains defiant till the end! 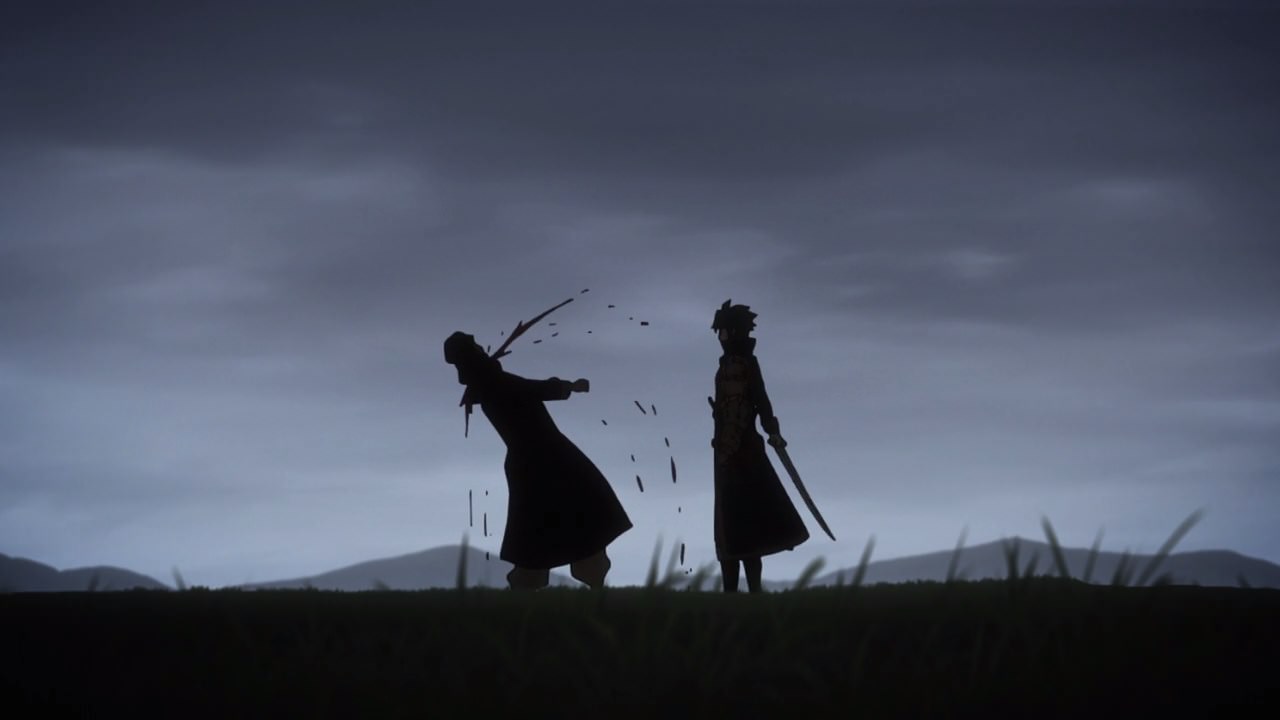 With that said, Prince Milza Kuces was killed by Earl Theo Cornaro. Oh how mighty was he!

Then again, the writing is on the wall for him as his refusal to listen on Telius Savoie’s strategies has caused him dearly. 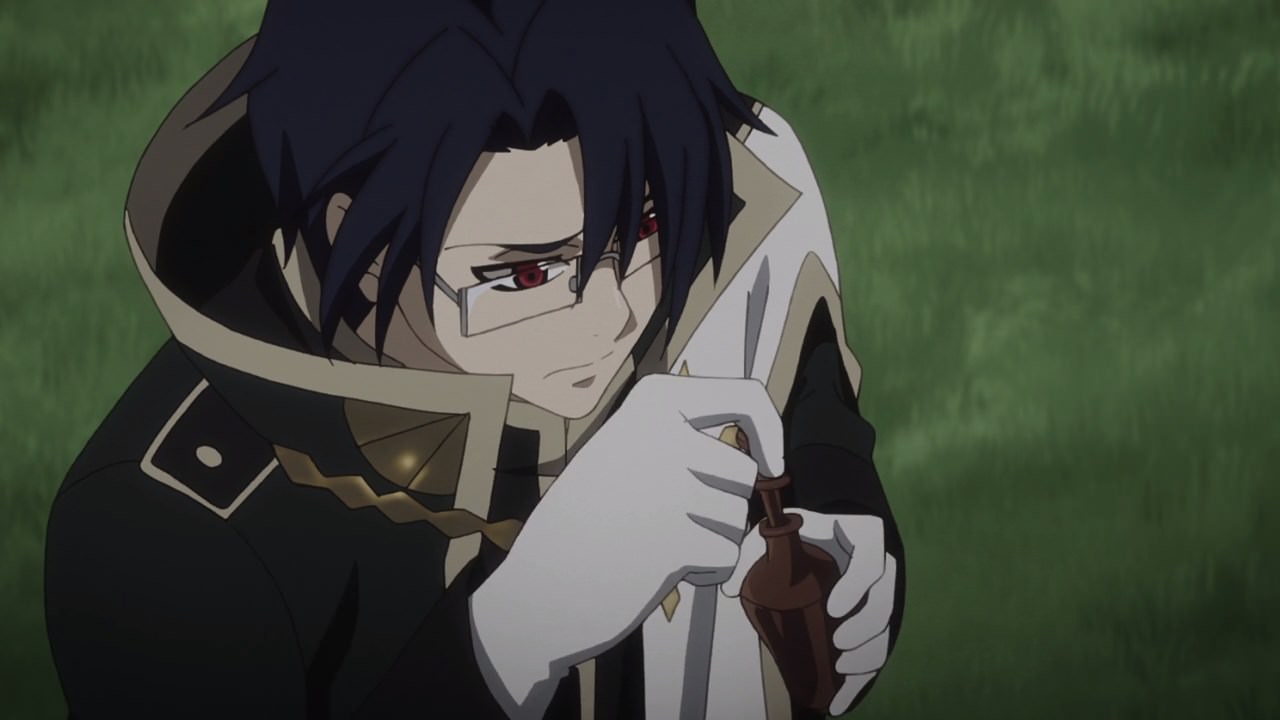 And speaking of Telius Savoie, he regretted on not being a stronger strategist to Milza Kuces that Telius decides to drink the poison to join his lord in the afterlife. 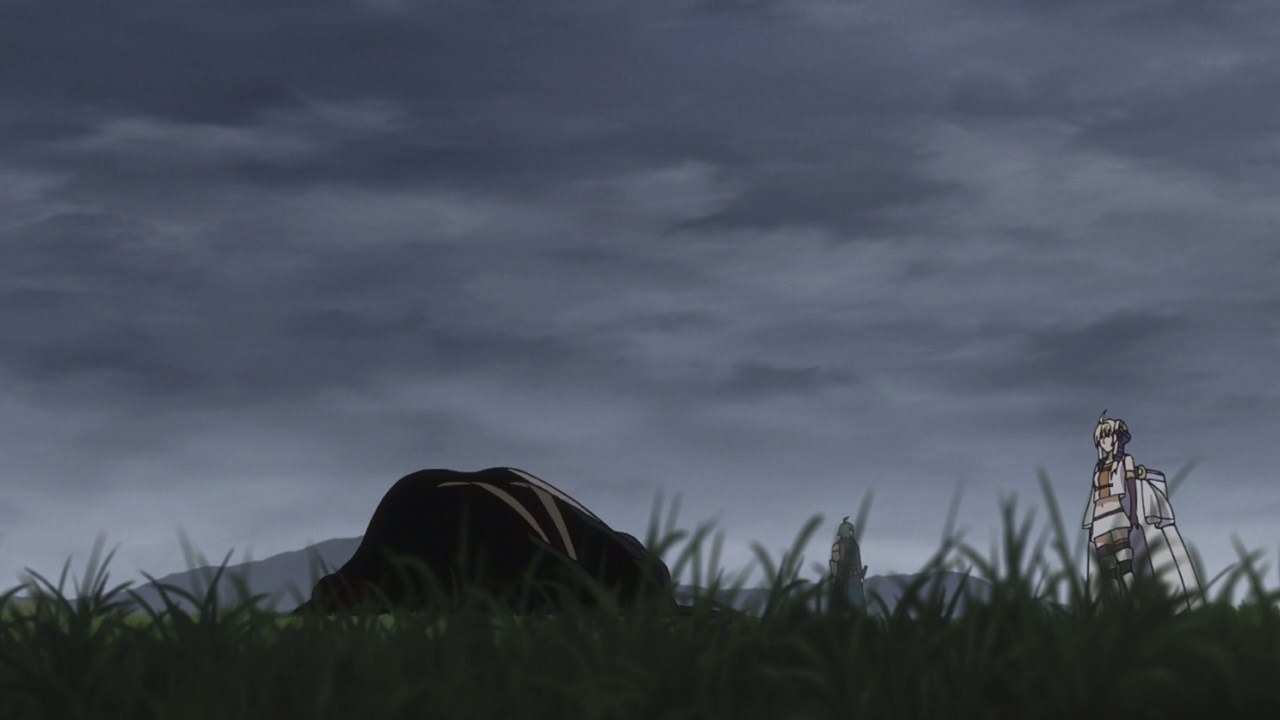 Well, there goes Marrine Kreische’s mage as Telius Savoie drinks the poison for his failure.

Poor Telius, Prince Milza should have listened to him or they might have won this battle. 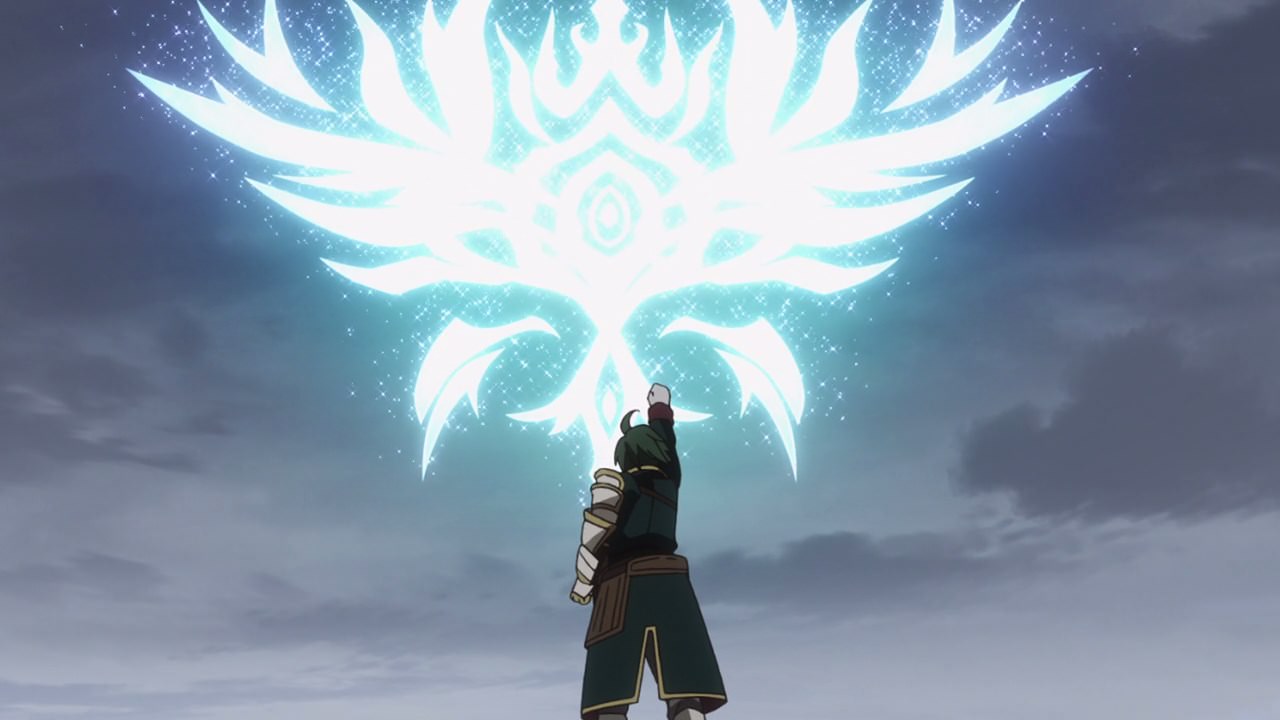 But now that the battle is over, it’s time for Theo Cornaro to claim Milza Kuces’ crest which his rank will go higher. 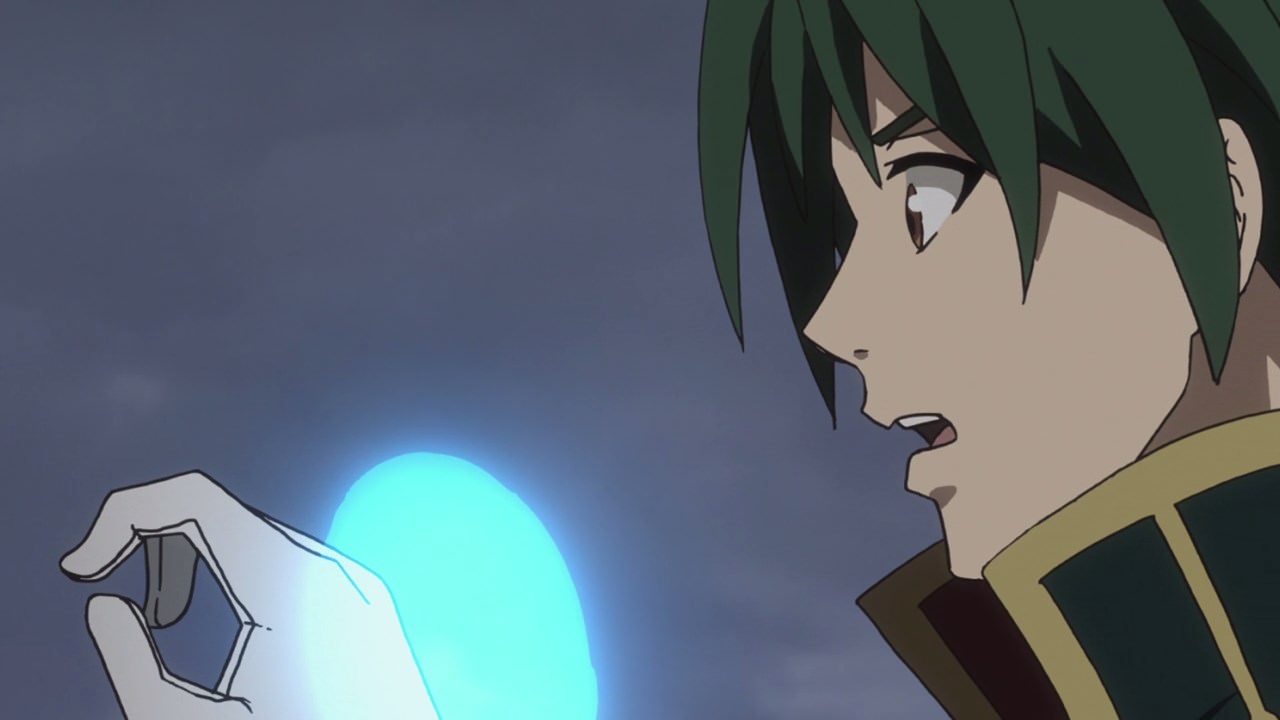 Of course, Theo won’t forget about Villar Constance, Margaret Odius, and his allies who died in battle as he honors them dearly to his heart. May their souls rest in peace! 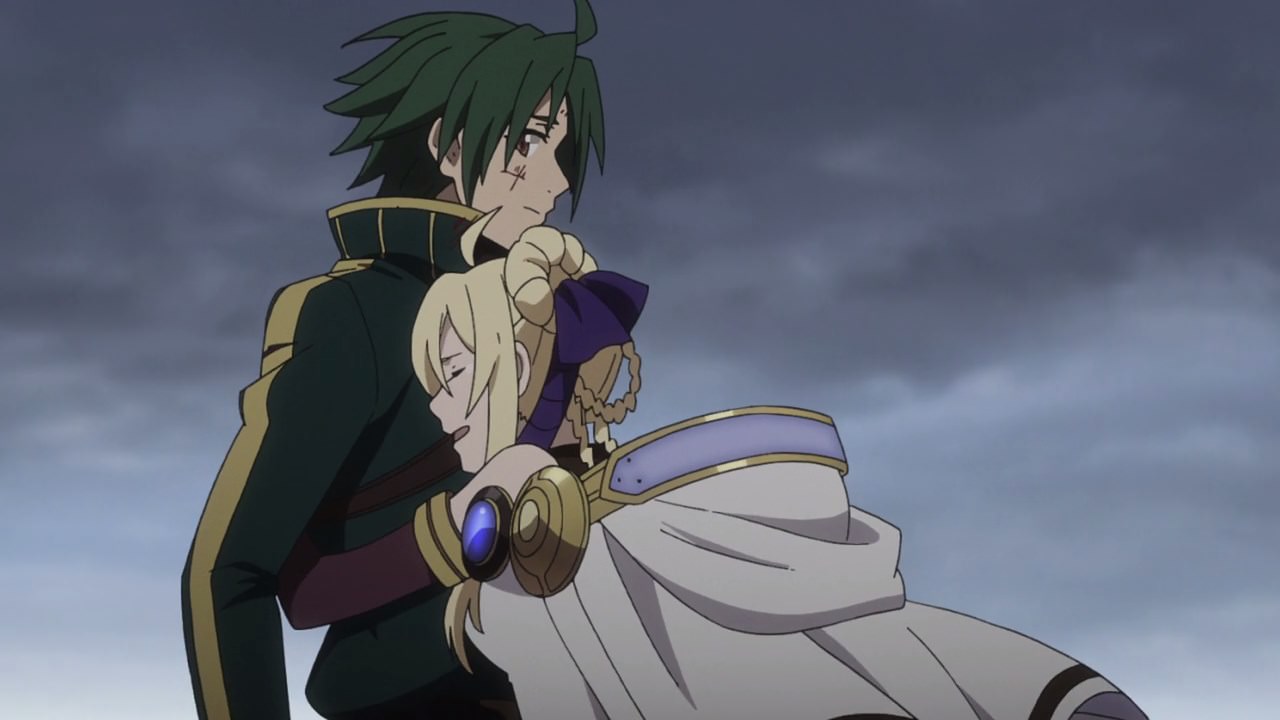 And that’s the end of this episode as the region of Altirk is now liberated, which means a shift of power in favor of the Fantasia Union. Everyone is happy that Theo Cornaro managed to defeat Milza Kuces, including Siluca Meletes which she’s worried that Earl Theo might die at the hands of Prince Milza.

But speaking of Milza Kuces, I must say that he shouldn’t have switch sides in the first place just because Villar Constance lacked the ambition to lead the entire Atlatan continent. Of course, it’s already happened and while he managed to conquer Altirk at the expense of the Lustful Earl, his arrogance and underestimating his opponents has brought Milza Kuces his downfall at the hands of Earl Theo Cornaro. But hey, at least Milza Kuces managed to have his first dibs on the Margrave of Valdrind, which it won’t sit well with Alexis Doucet. 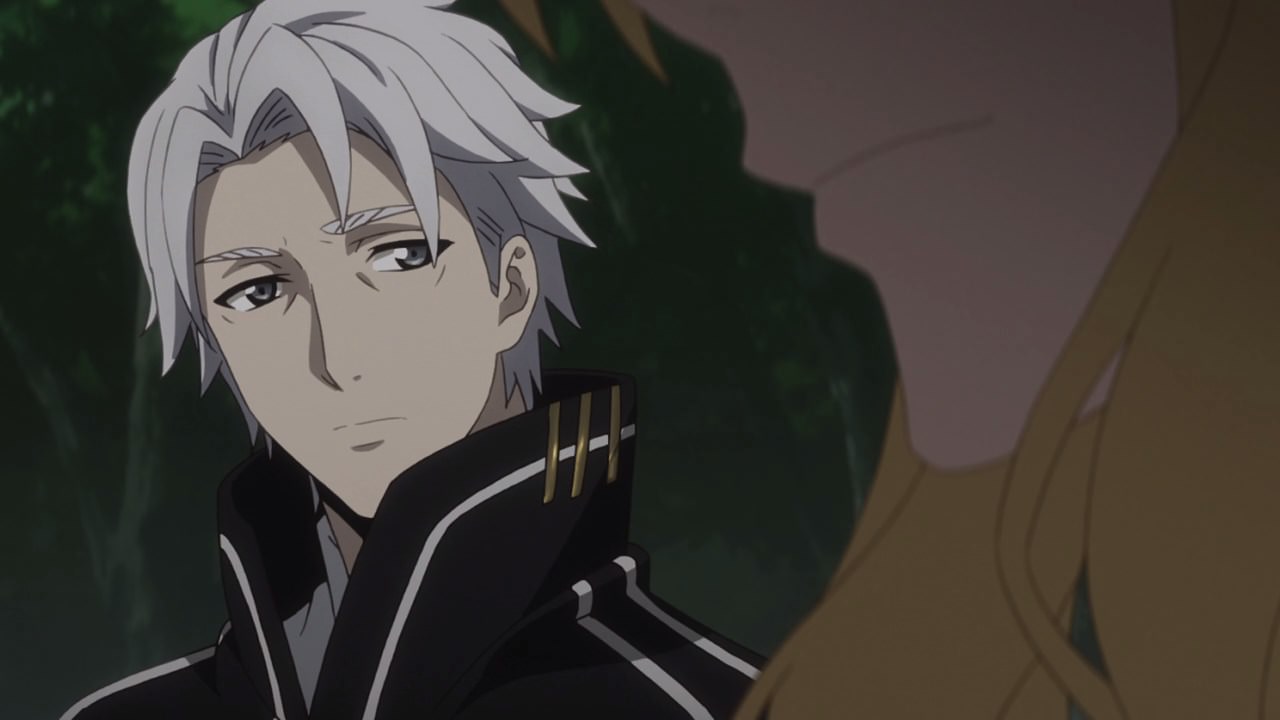 And here’s Margrave Marrine Kreische as she heard the unfortunate news about Prince Milza Kuces’ death. So, the only thing left for Marrine and her Valdrind Knights is to assist King Erik of Nord. Even then, I bet that it’ll be too little too late for the Factory Alliance.

Anyways, I’ll see you next time and I must say that Earl Theo Cornaro will become the leader of the Treaty. Well, he deserved it and his victory won’t be possible without his trusted allies!