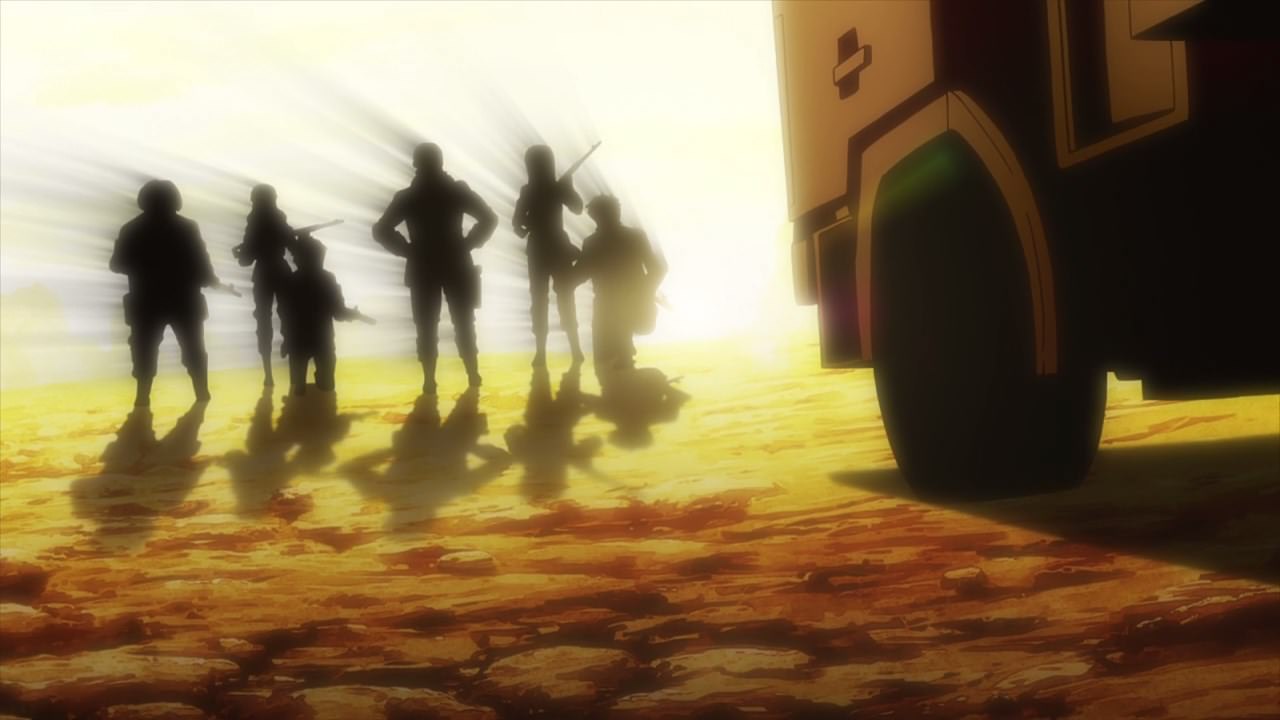 And now, we’re down to the last two teams in Squad Jam as we have Team SHINC versus Team LM. With M breaking down in tears in the previous, it all comes down to LLENN… 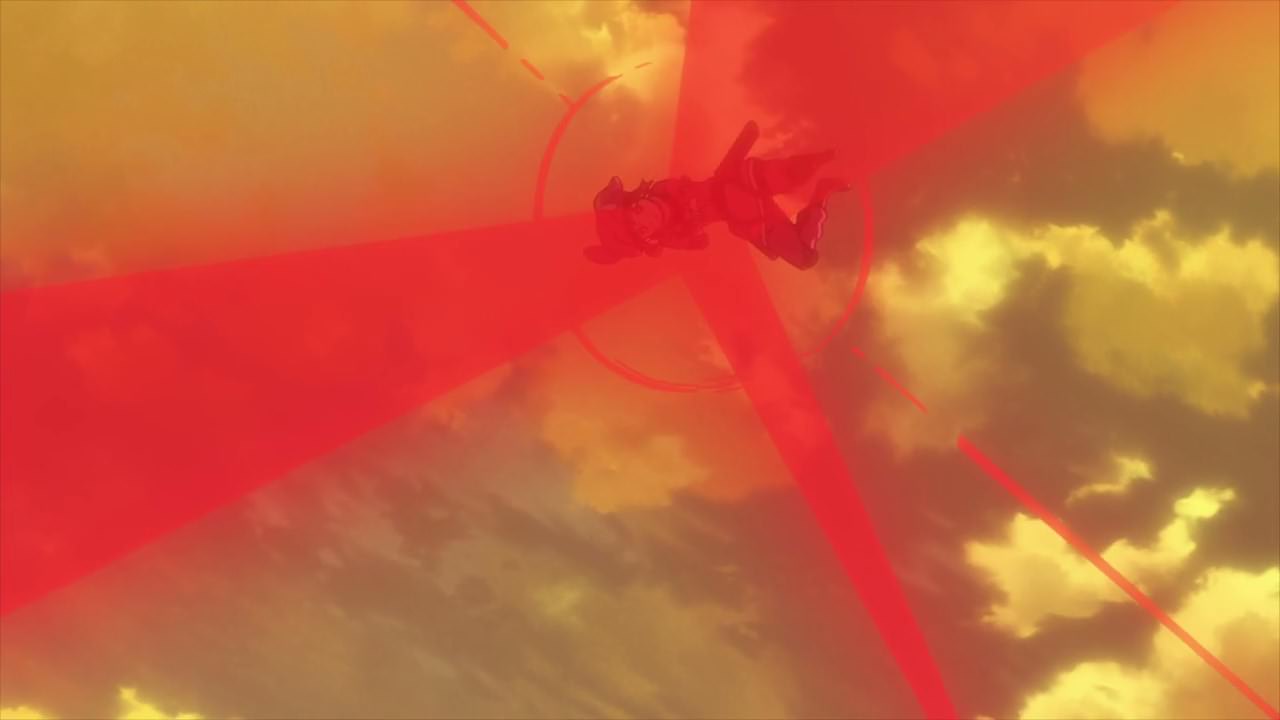 …as she’ll take out the 6-woman team by herself, using her speed and her trusty P90 sub-machine gun! 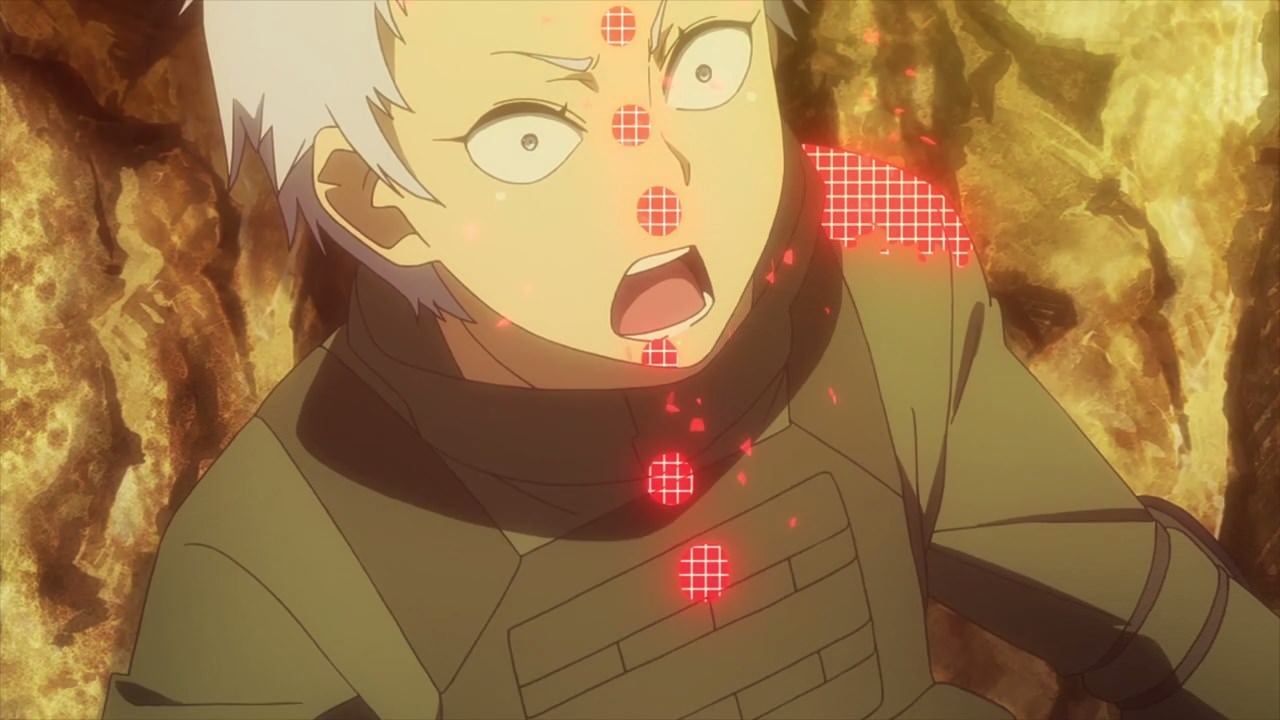 And as you can see, LLENN took out one member from Team SHINC quickly that her enemies couldn’t react faster. Well, there’s one down and there’s five to go! 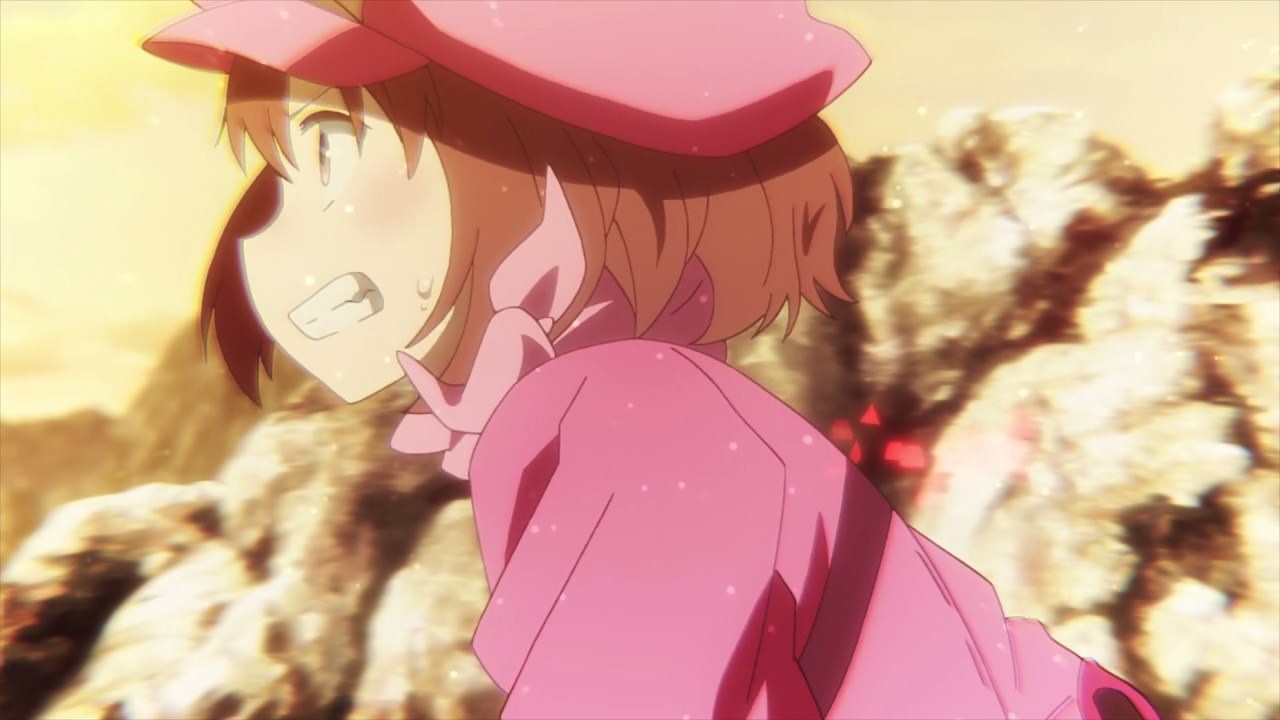 However, it appears that LLENN got shot in the shoulders by one of the snipers. And by the way, it’s a deadly one as she’s armed with a VSS Vintorez suppressed sniper rifle. 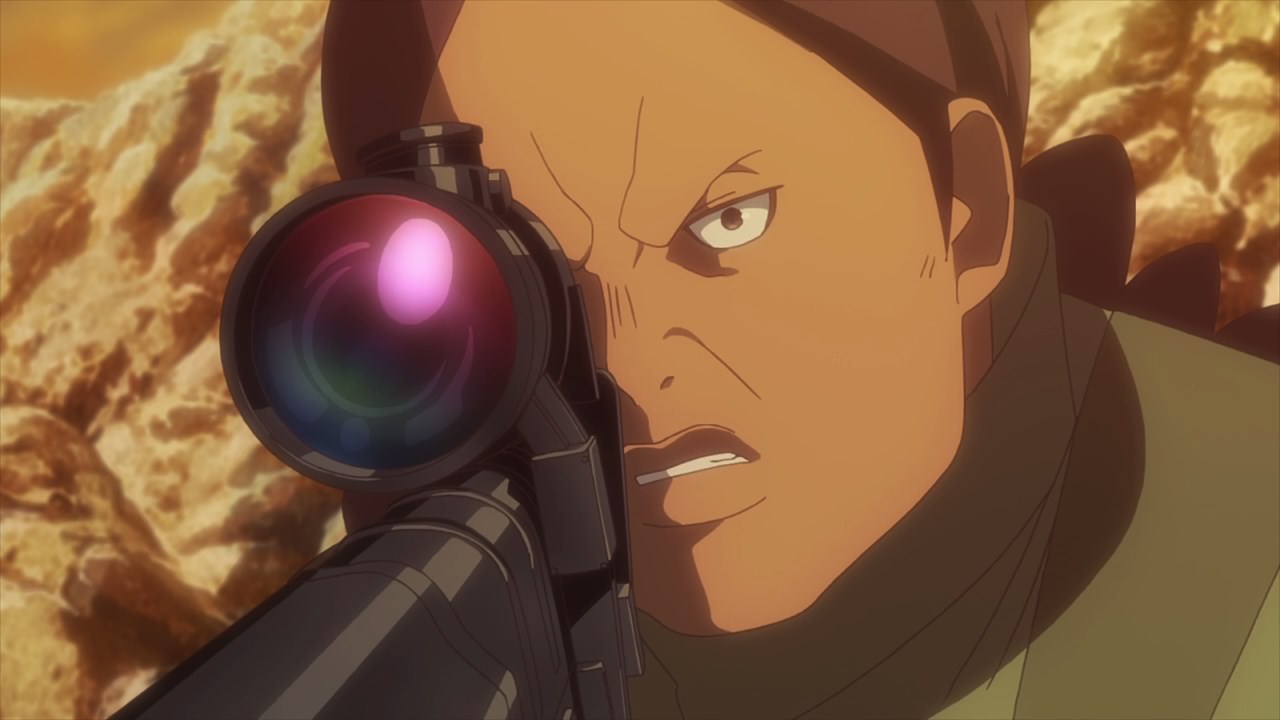 This is Eva, the boss of Team SHINC and while she missed the opportunity to finish LLENN off, Eva will get another chance as the Squad Jam tournament is starting to wind down. 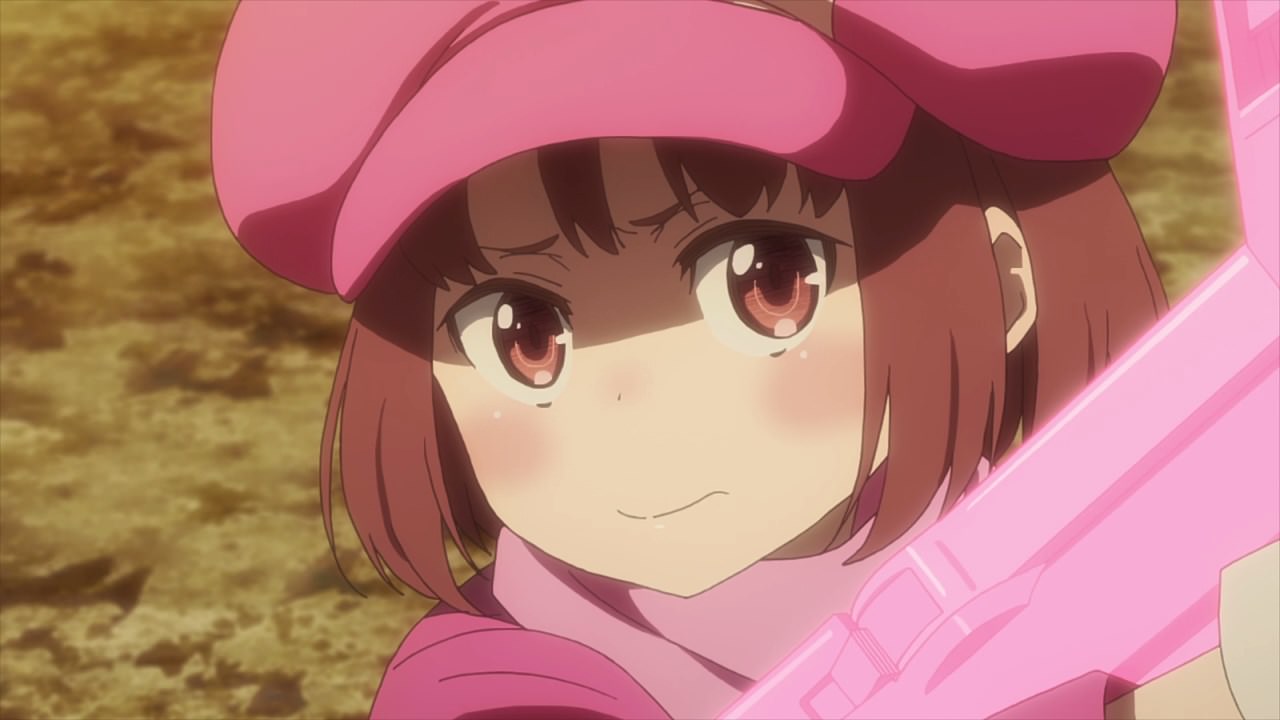 As for LLENN, seems that the only option for her is to run away as fast as she could. 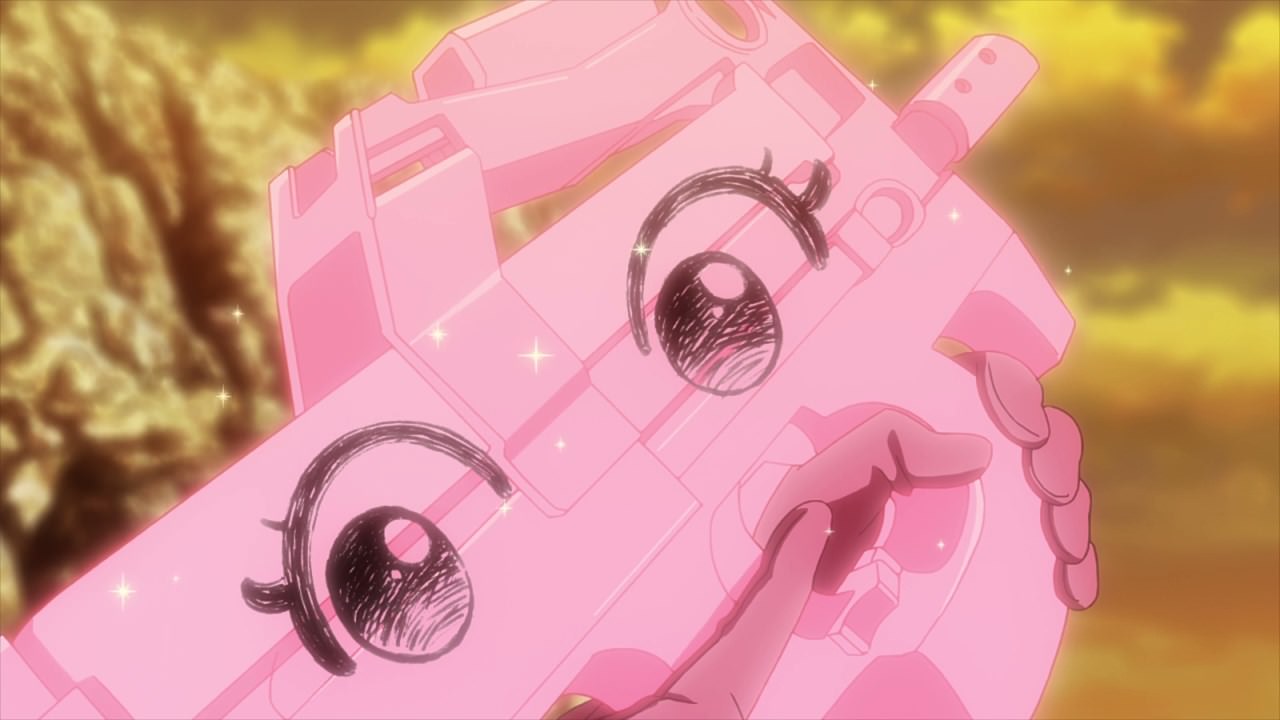 However, P-Chan has another idea and really, did LLENN’s P90 just talked? Must be either a glitch or Ka- I mean LLENN’s imagination.

Still, LLENN has decided that instead of escaping, she’s gonna attack the rest of Team SHINC by herself. After all, she’s the Pink Devil for nothing! 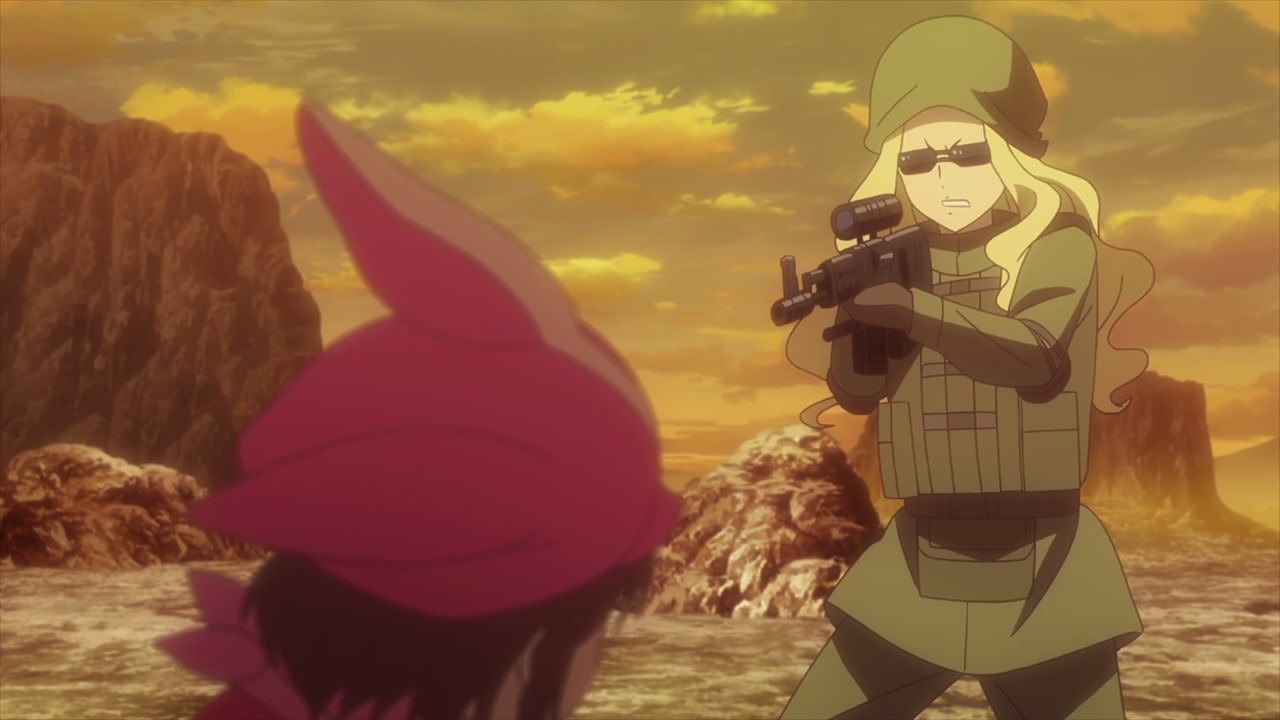 Now then, looks like LLENN got spotted and she’s about to get shot. Then again, she’s the Pink Devil so she’s gonna dodge it… 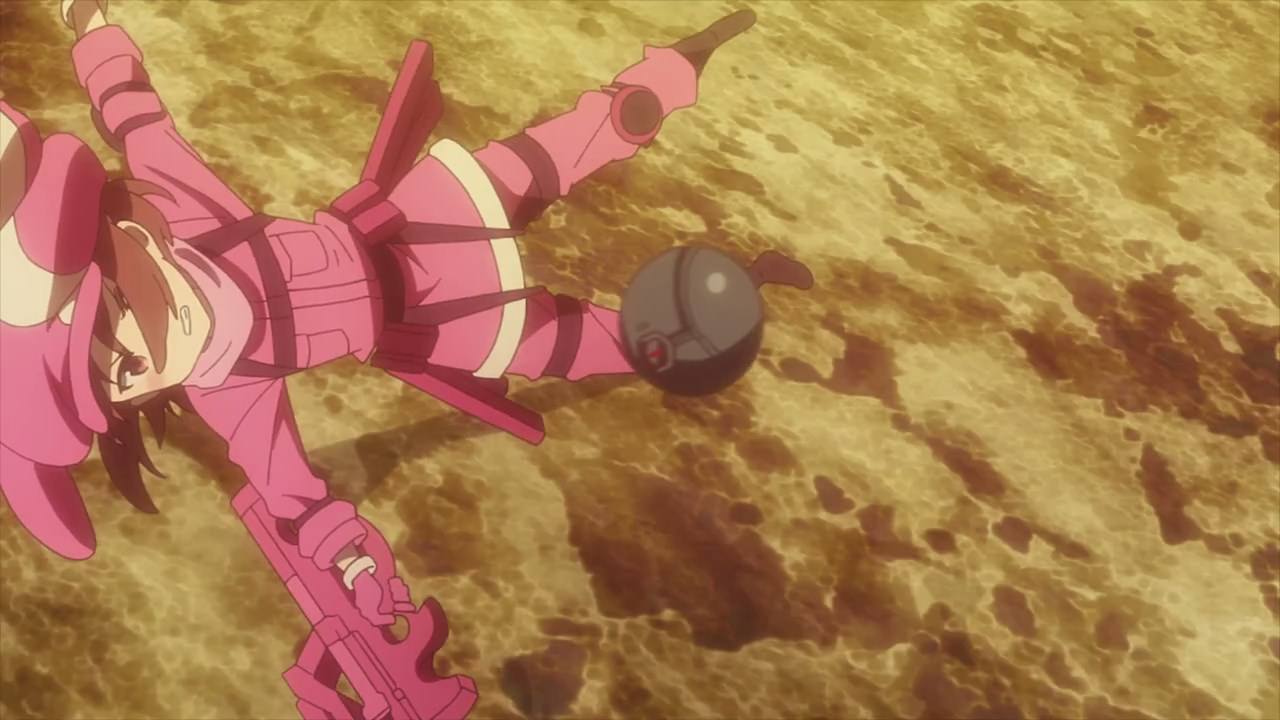 …and throw a grenade against a member of Team SHINC. Well, looks like that player won’t survive from one of LLENN’s attacks. 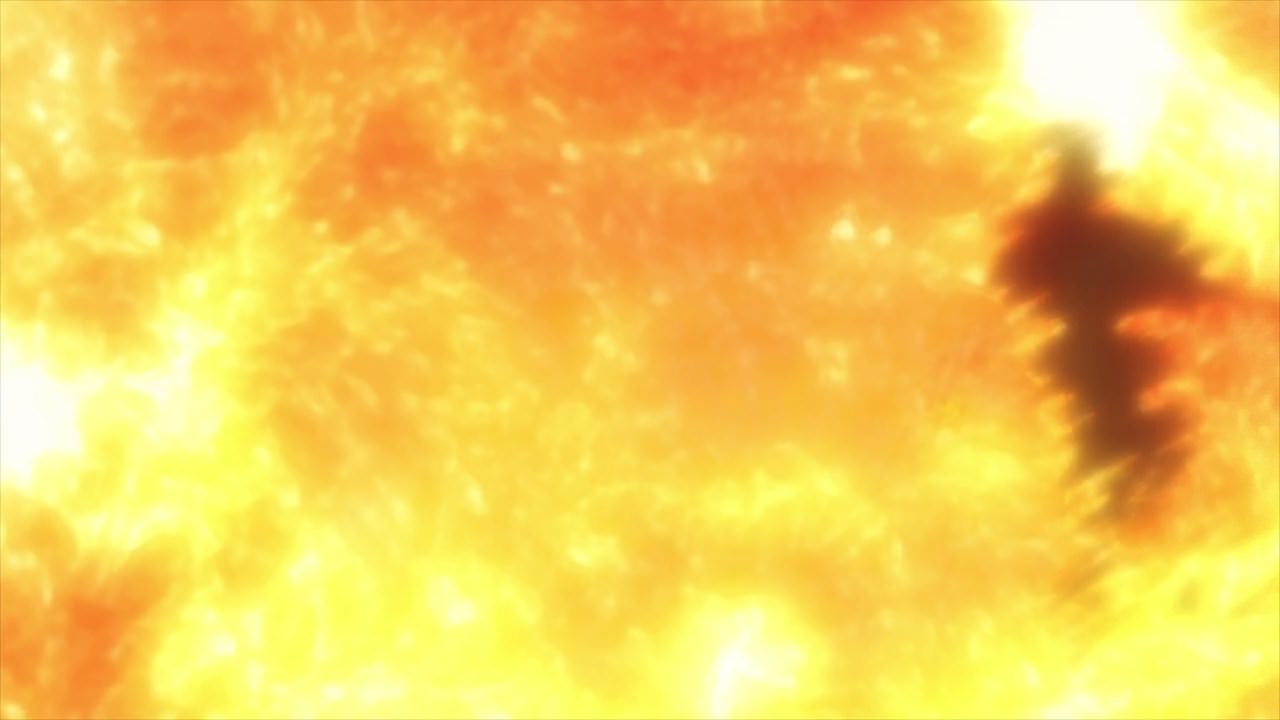 Anyways, that’s two members down and there’s four more to go. But with a few magazines left for LLENN, it’s gonna be a difficult battle to take her enemies out. 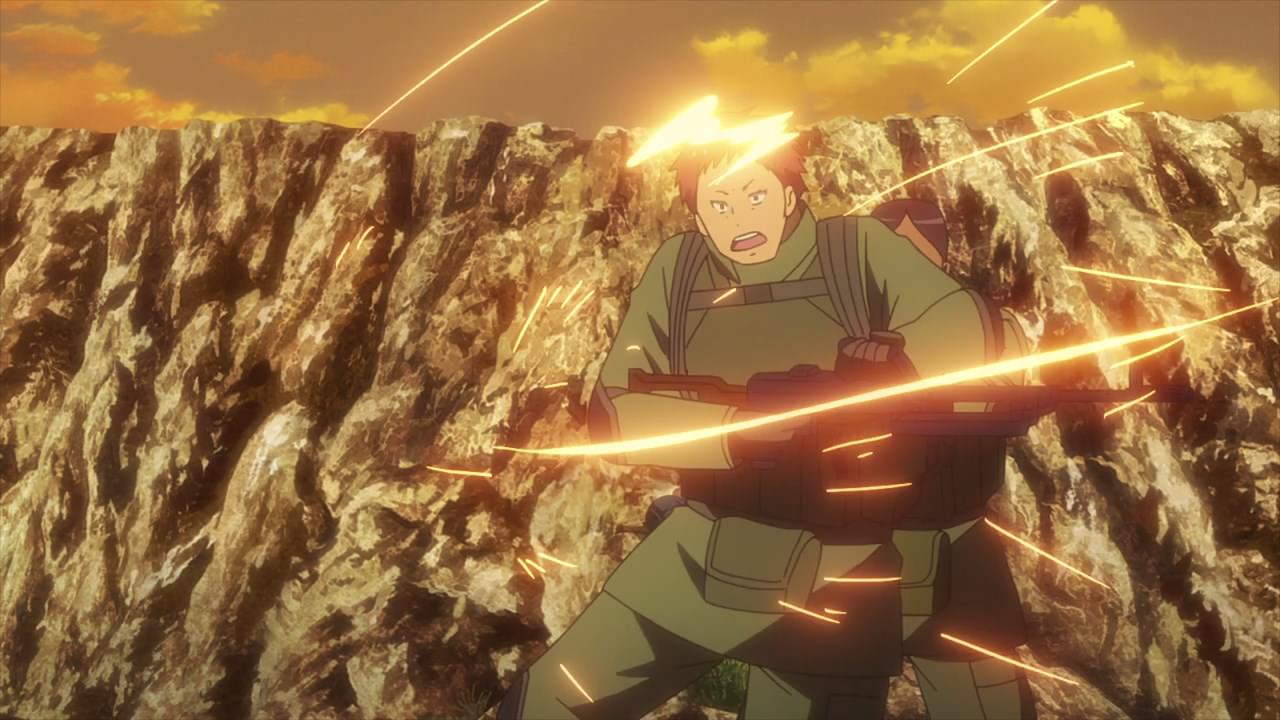 Not until one of Eva’s comrades got shot in the hips, which contained a grenade unfortunately… 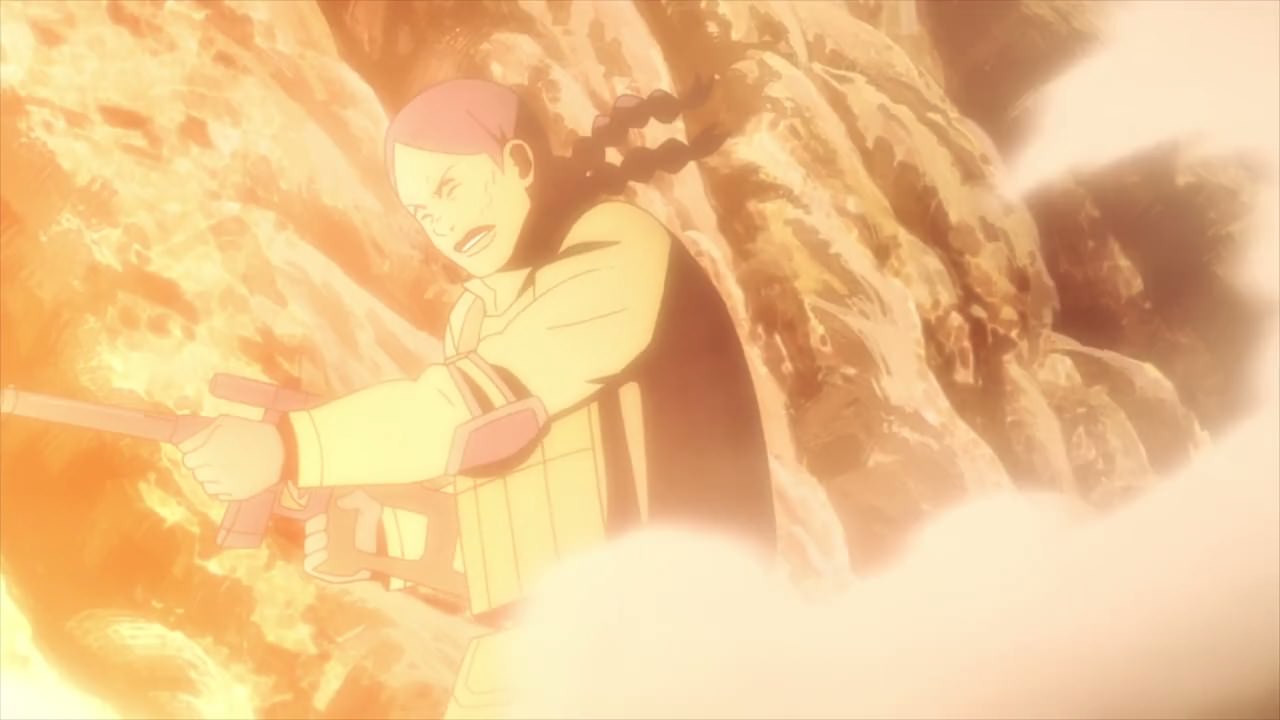 Therefore, that leaves Team SHINC with only 3 members left! Hmm, I wonder who sniped one of Eva’s comrades? 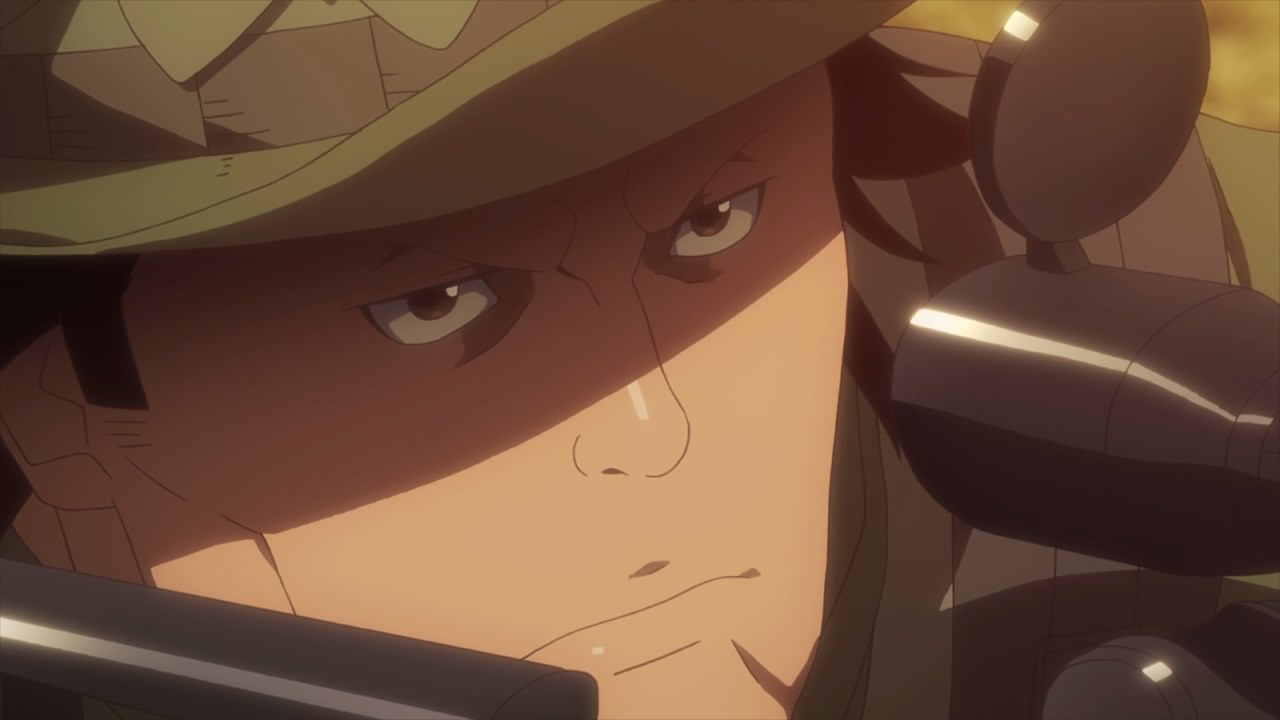 Why it’s none other than M as he returned from a sobbing wreck to a veteran sniper. Man, I thought that he’s gonna cry forever. 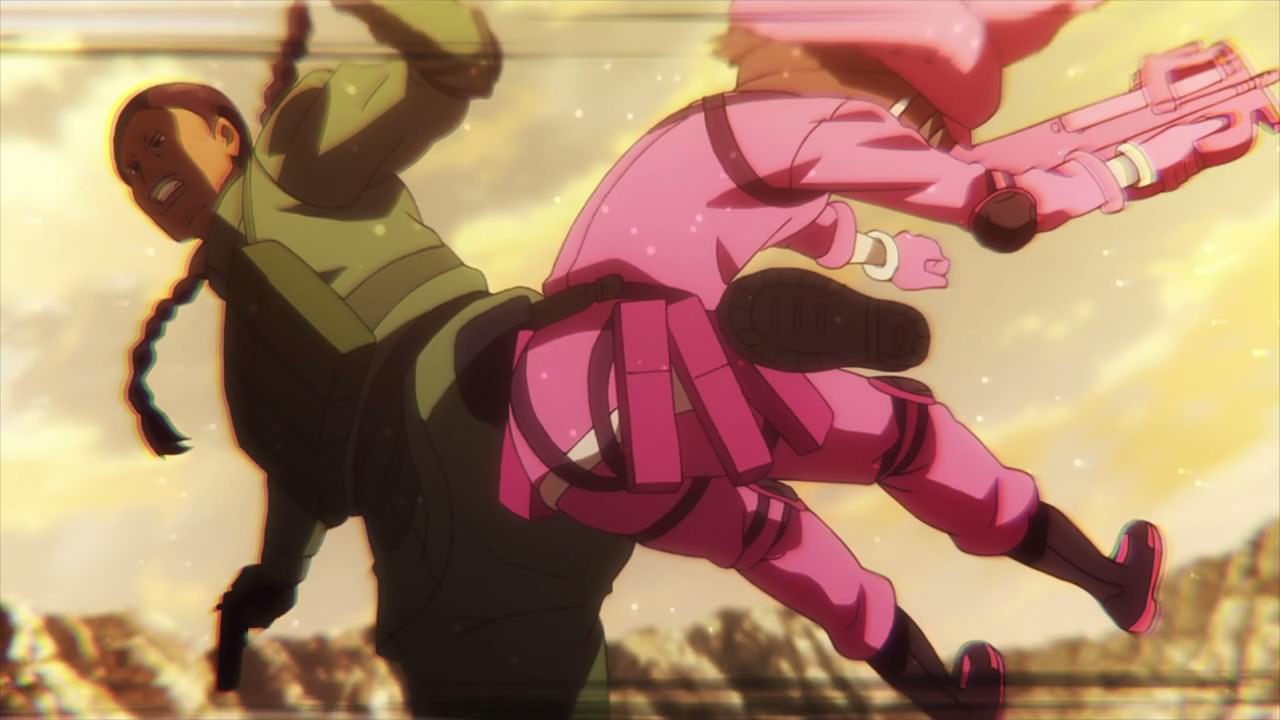 Now then, it’s time for a duel between Eva and LLENN as the head honcho of Team SHINC kicked the Pink Devil in the gut… 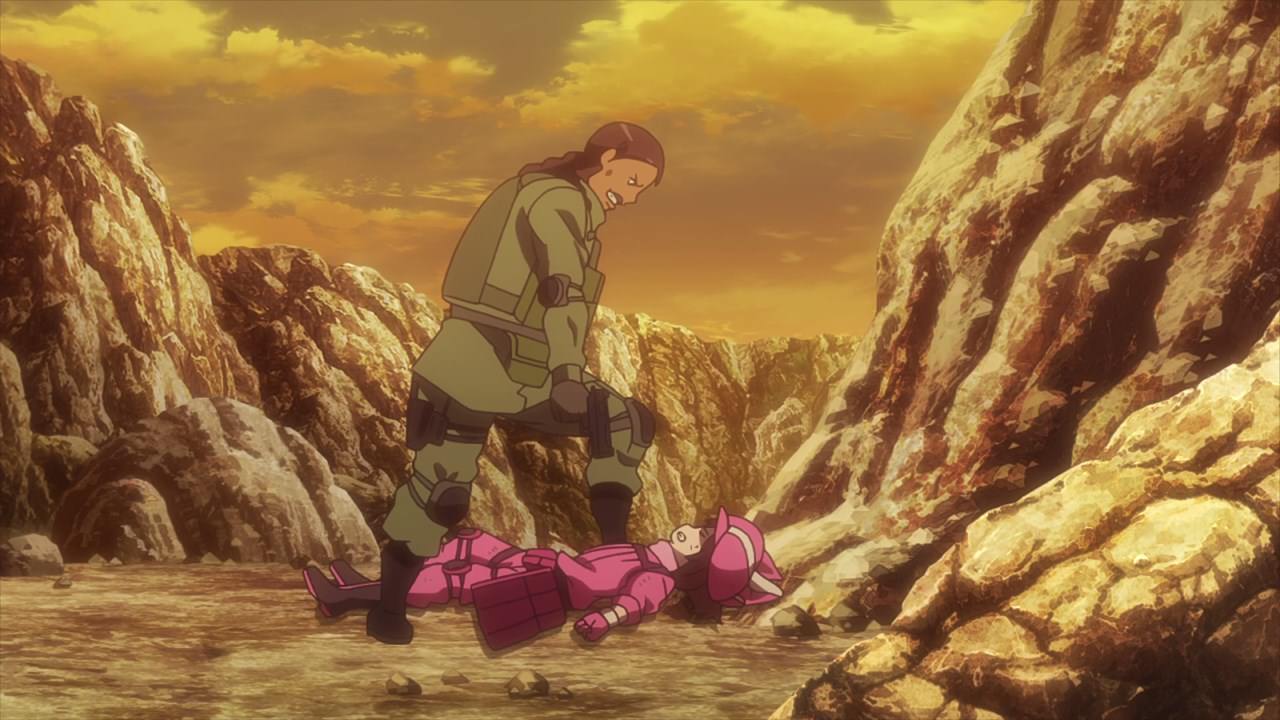 …and proceeds to shoot LLENN in the heart. Sadly for Eva, she didn’t realized that her bullets didn’t reach LLENN’s heart as the Pink Devil is being protected by the scan terminal.

Also, Eva ran out of ammo in her pistol so it seems that LLENN got the devil’s luck on her! 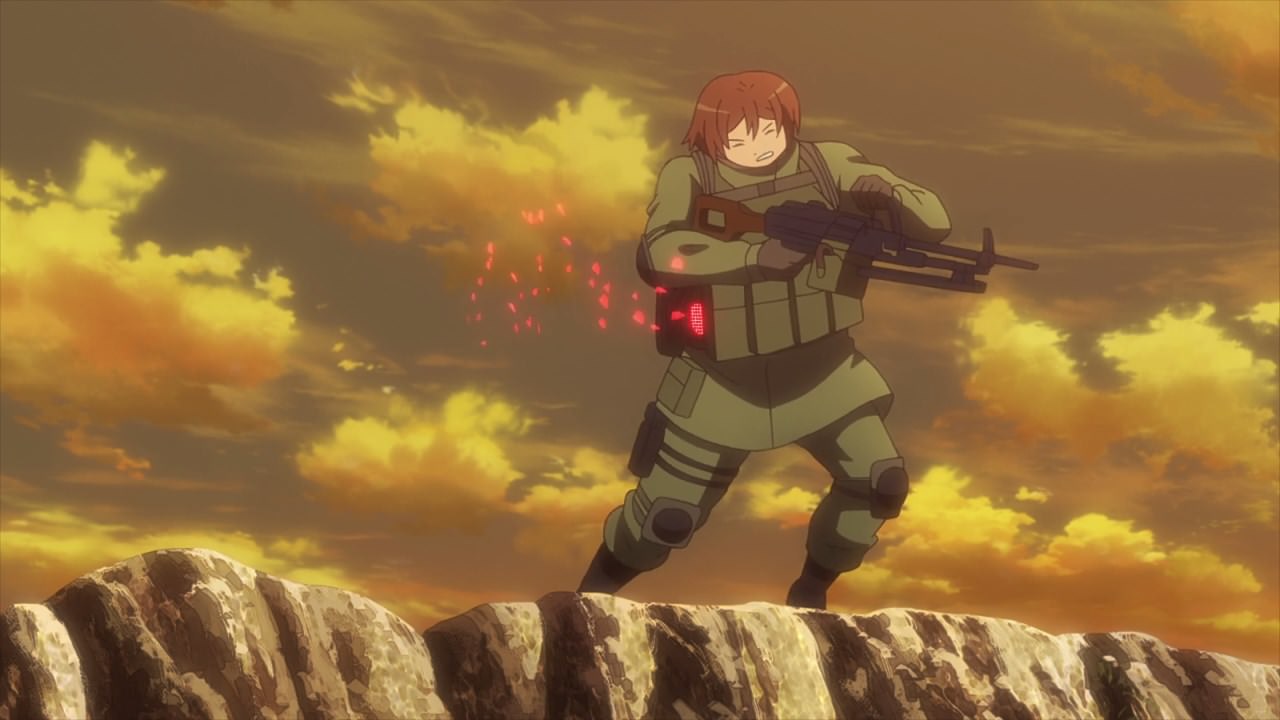 Meanwhile, one of Eva’s comrades got sniped by M in the gut. Well, looks like Team SHINC is losing its members. 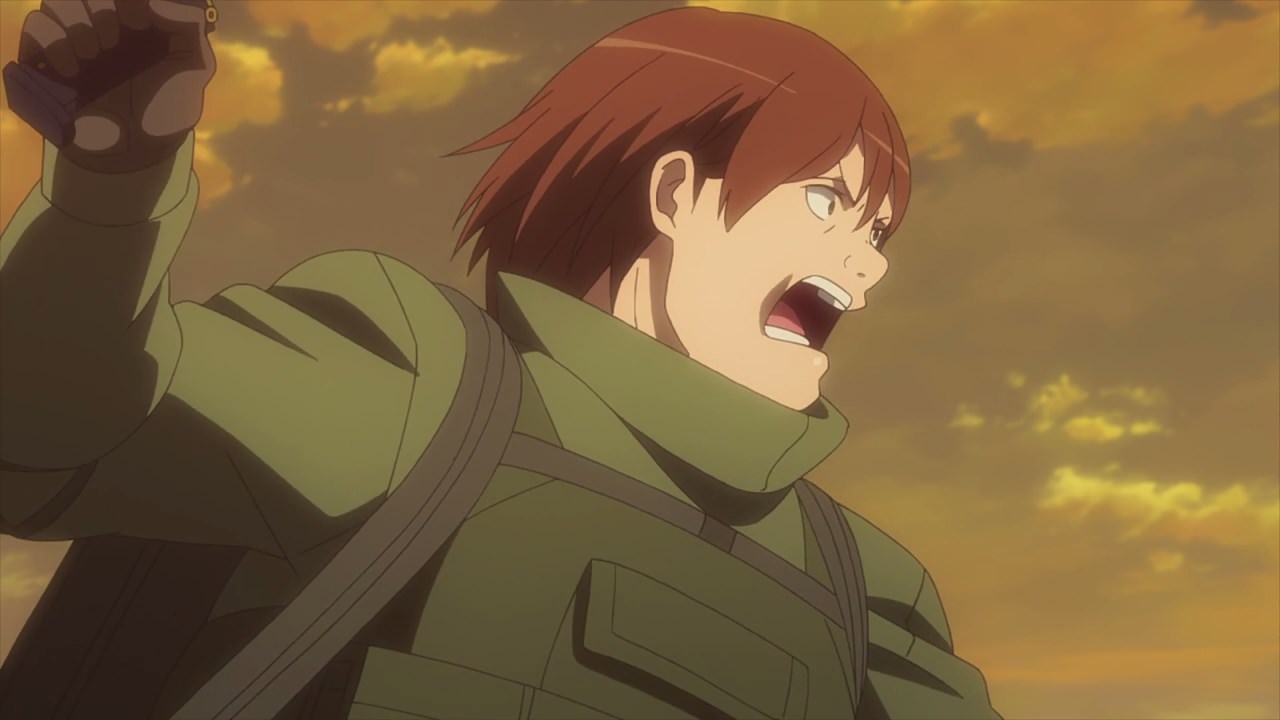 However, it appears that this female player wants to give a spare magazine to Eva before she got shot in the head. 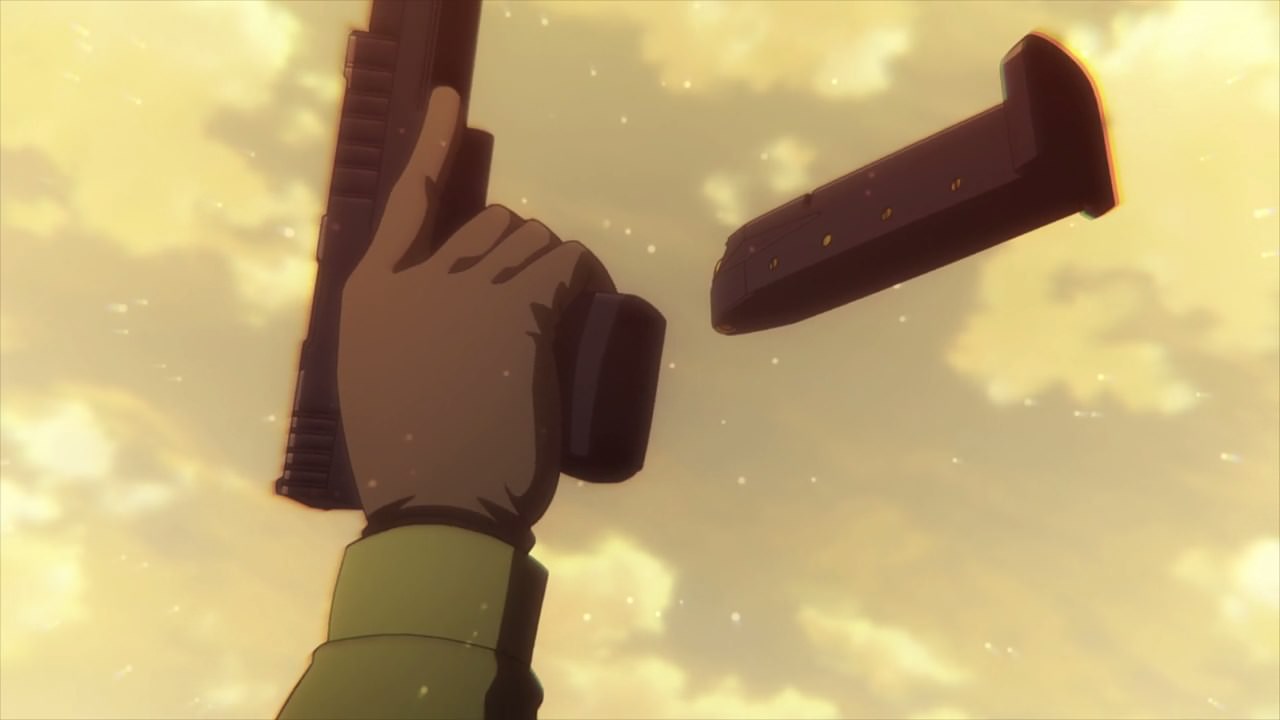 And this is bad news for LLENN as once Eva got a hold of the spare pistol magazine, it’s all over for her. 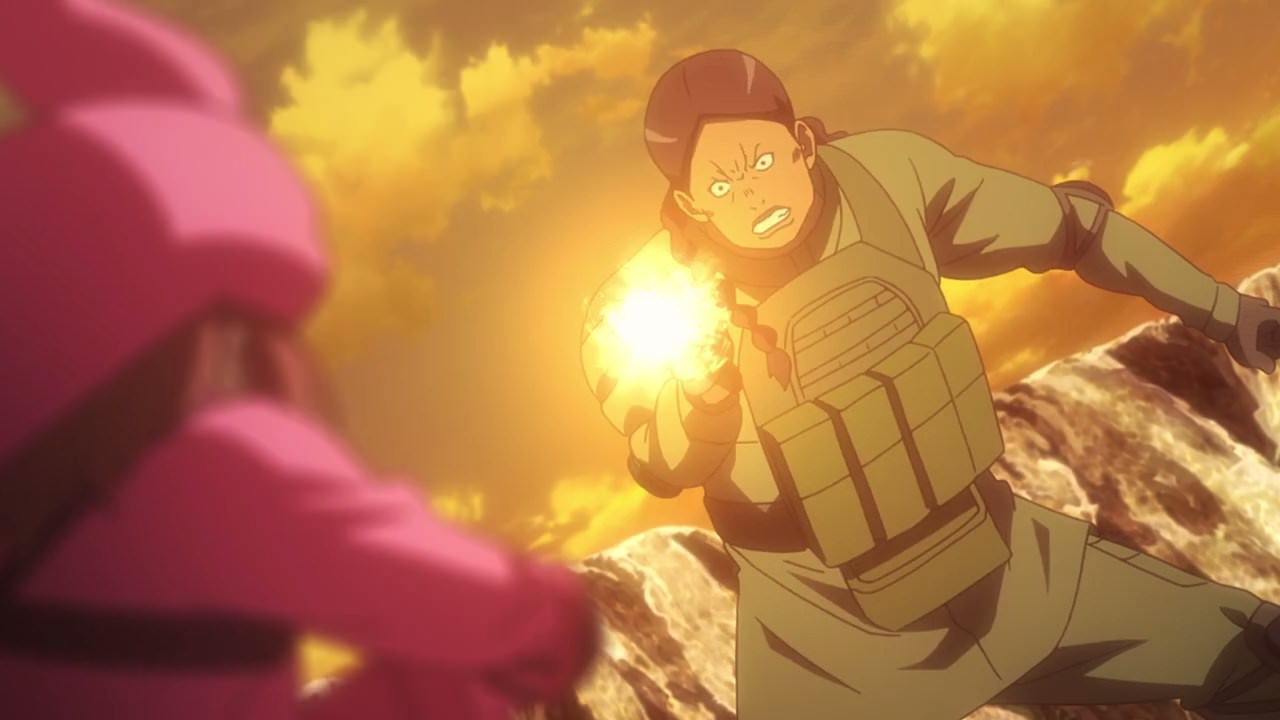 With Eva grabbing the spare magazine, she proceeds to pepper LLENN with bullets to finish her off. 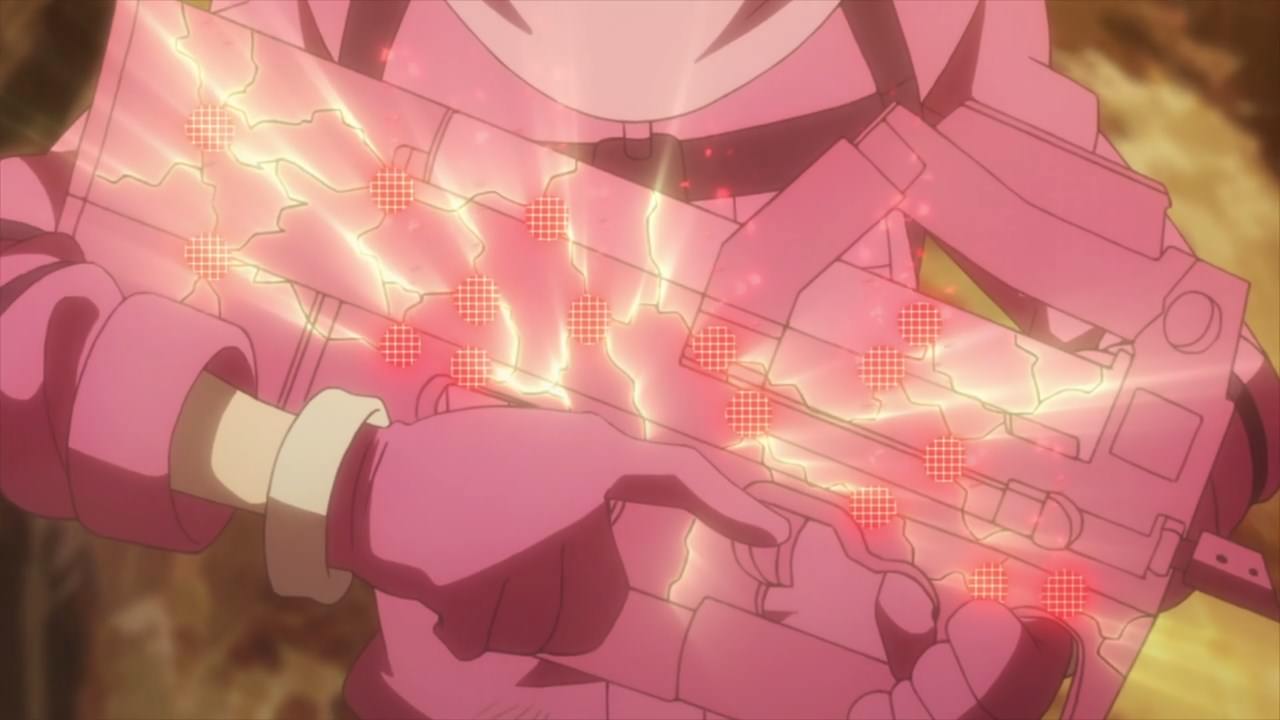 Luckily, LLENN’s P90 sub-machine gun managed to take the bullet instead of her chest. Unfortunately, that means her precious P-Chan is destroyed in the process. 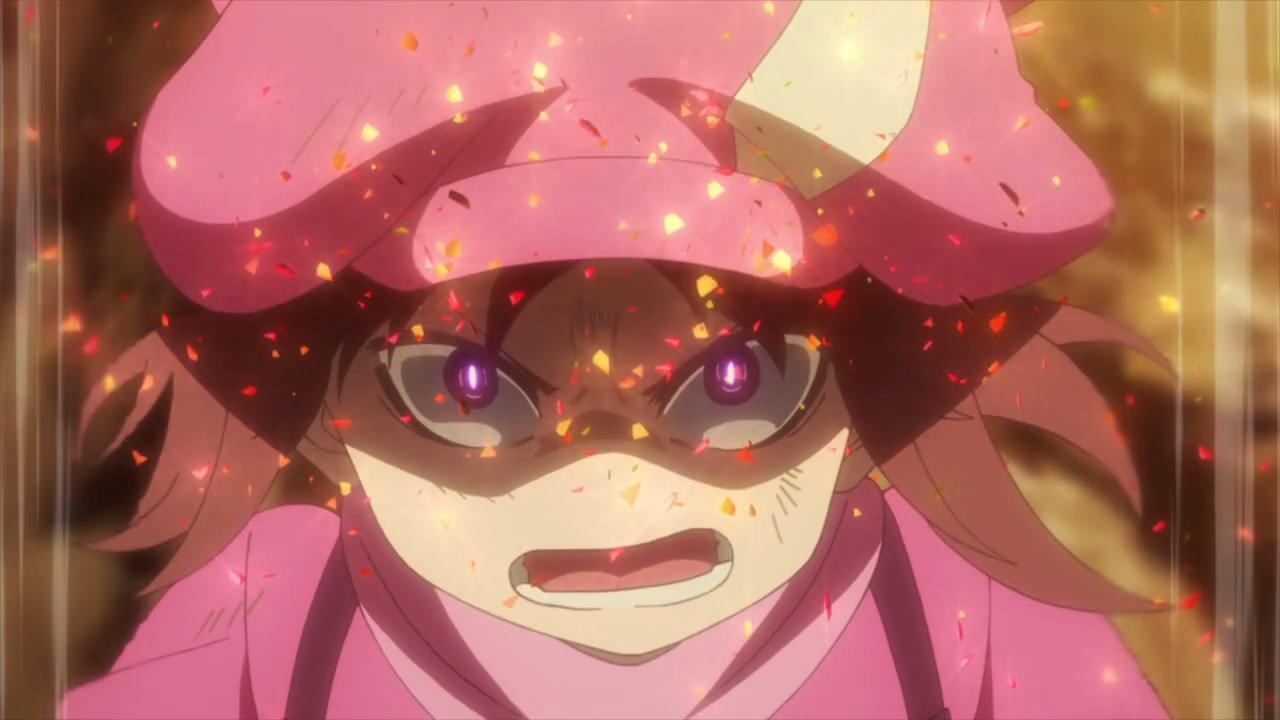 Well then, looks like LLENN is freaking angry that her precious P-Chan is destroyed. Oh, and it’s hard to find a replacement or even craft one! 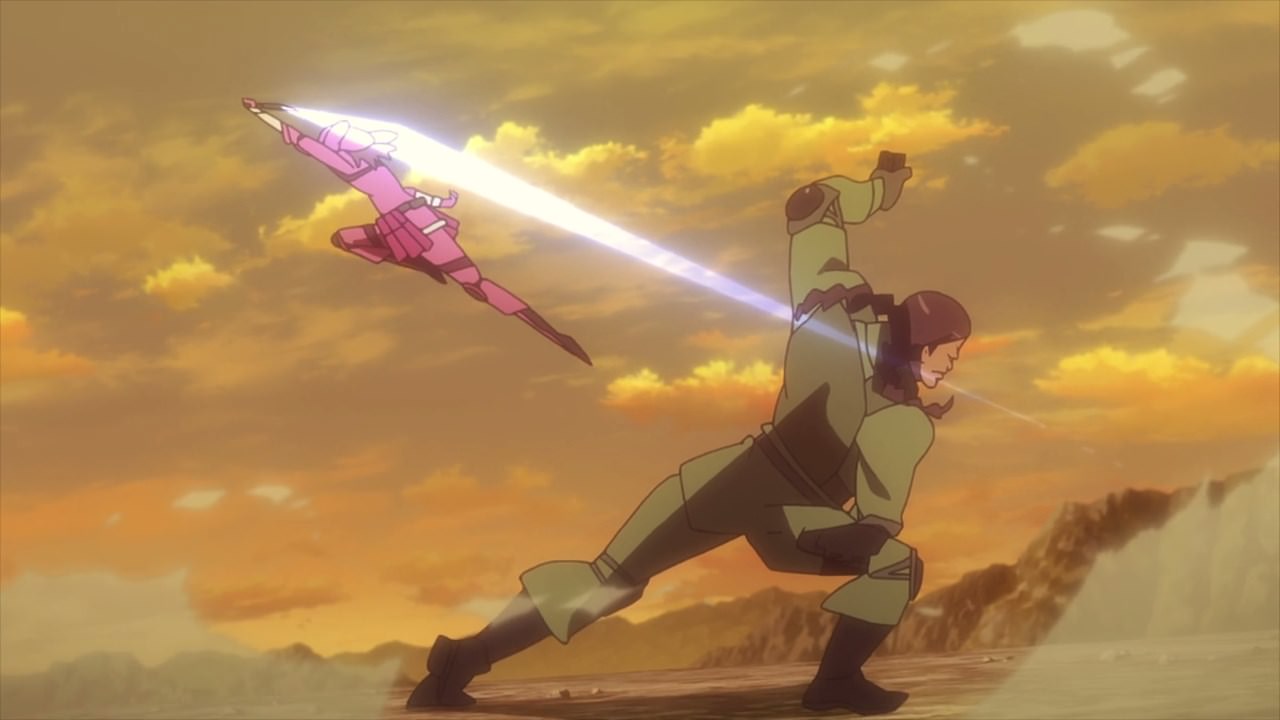 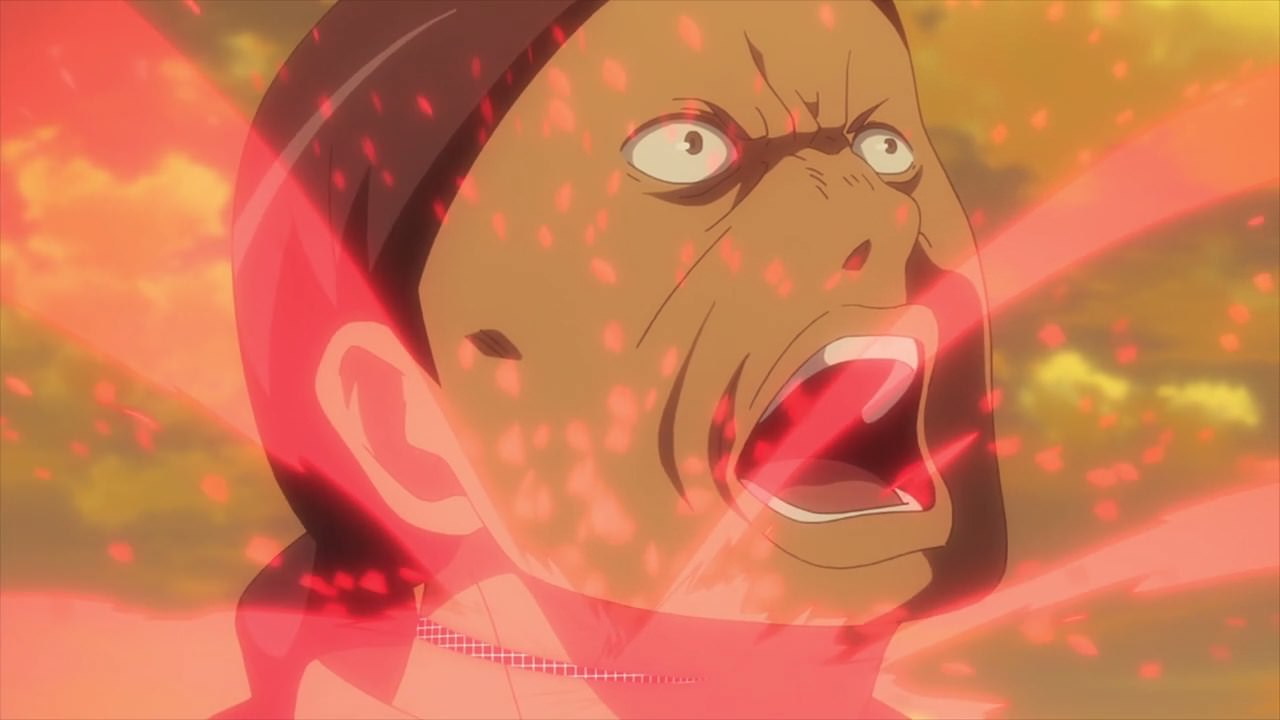 Thus, LLENN pulled out her trusty knife and slashed Eva’s thighs, eventually slashing her neck as payback for destroying her precious P-Chan. 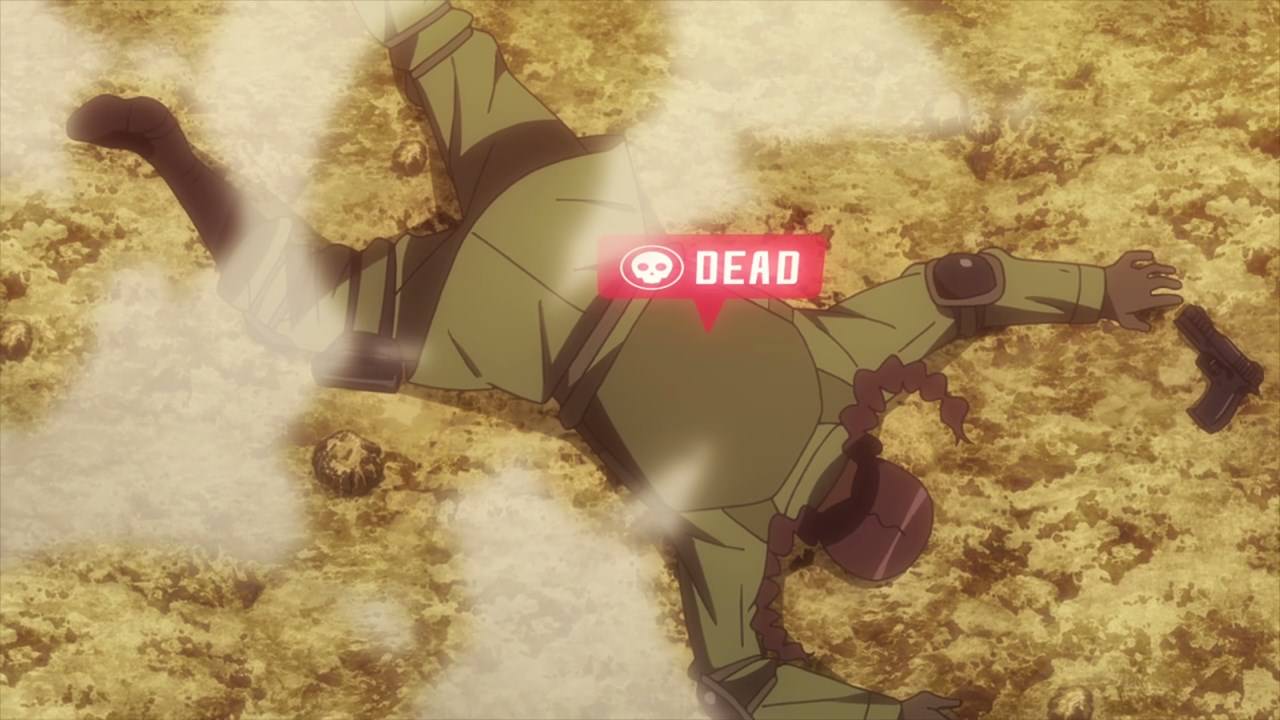 Anyways, looks like Eva is finally dead at the hands of LLENN. So I guess that this tournament is over, right? 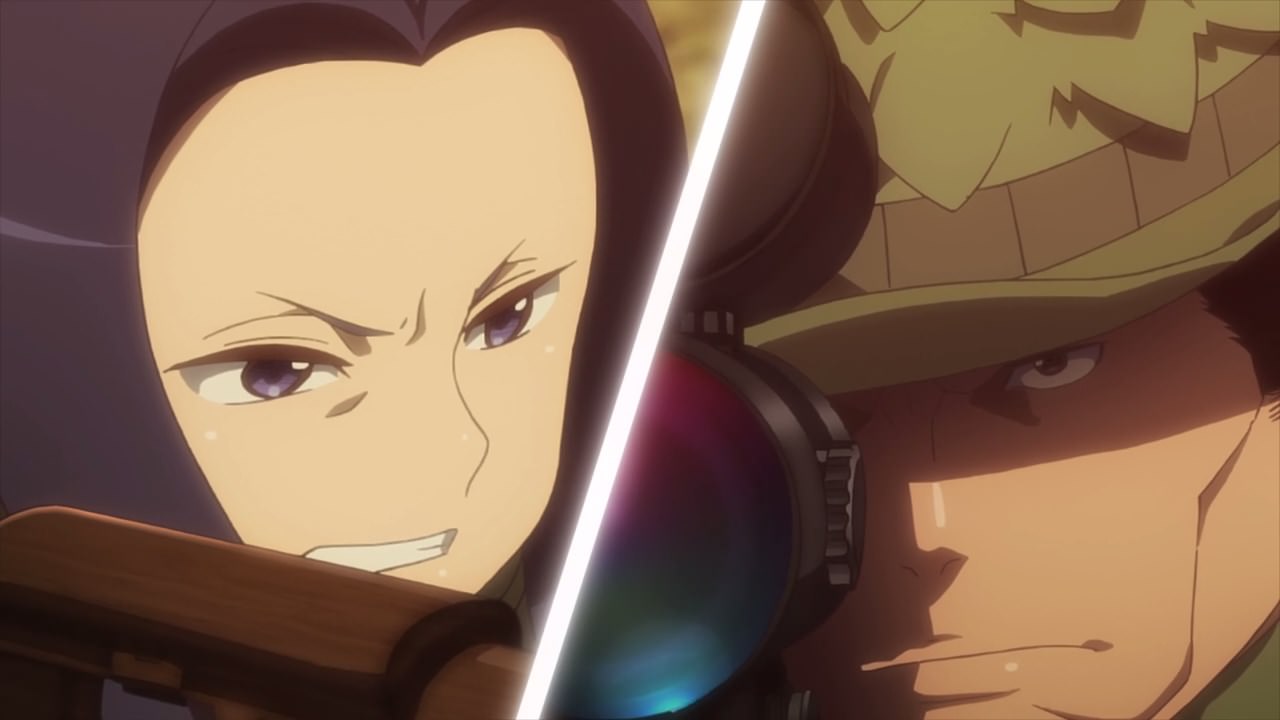 Well, there’s one member left from Team SHINC as M will take care of this enemy sniper. 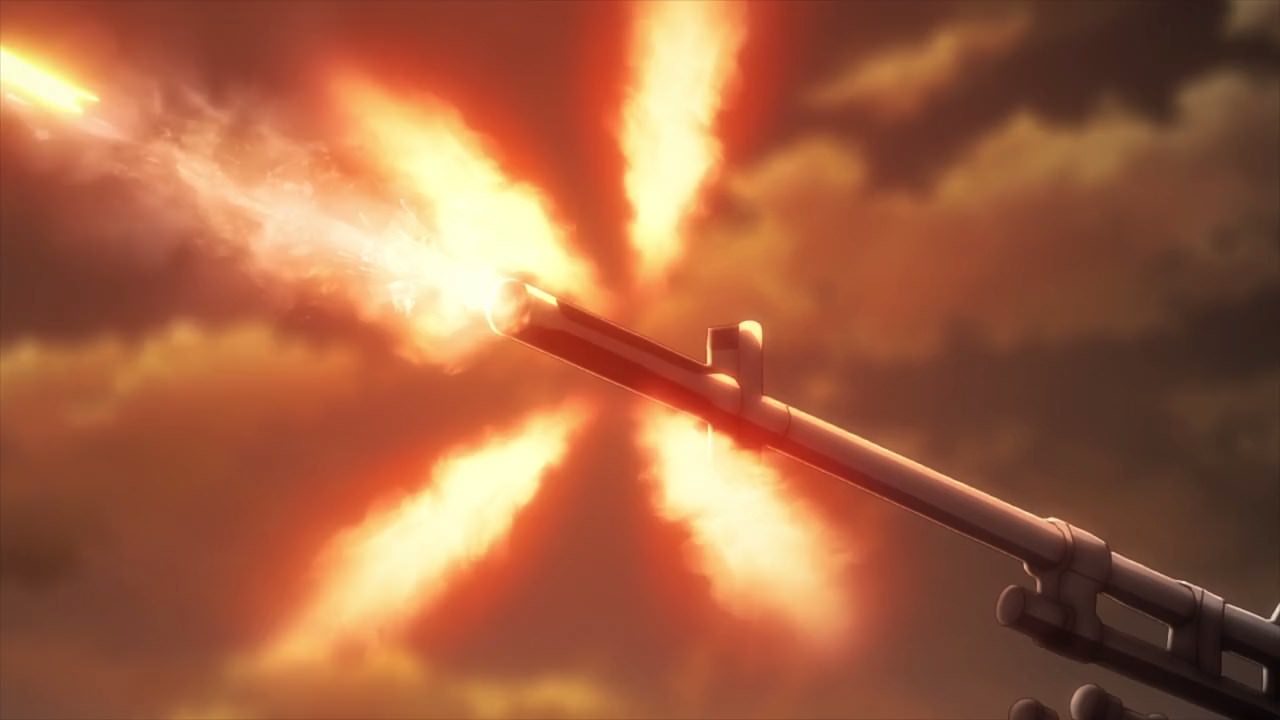 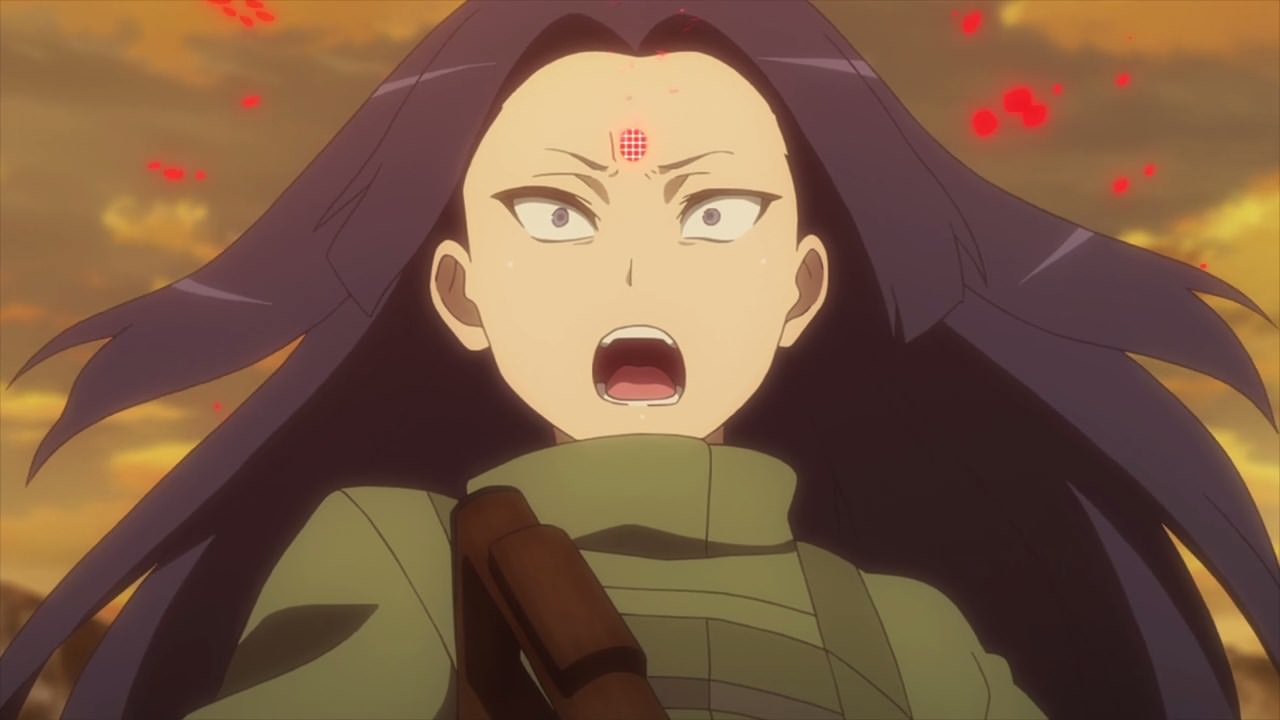 And sadly for the last member of Team SHINC, M is quicker and more accurate on his sniping skills as he delivered a headshot against the enemy. 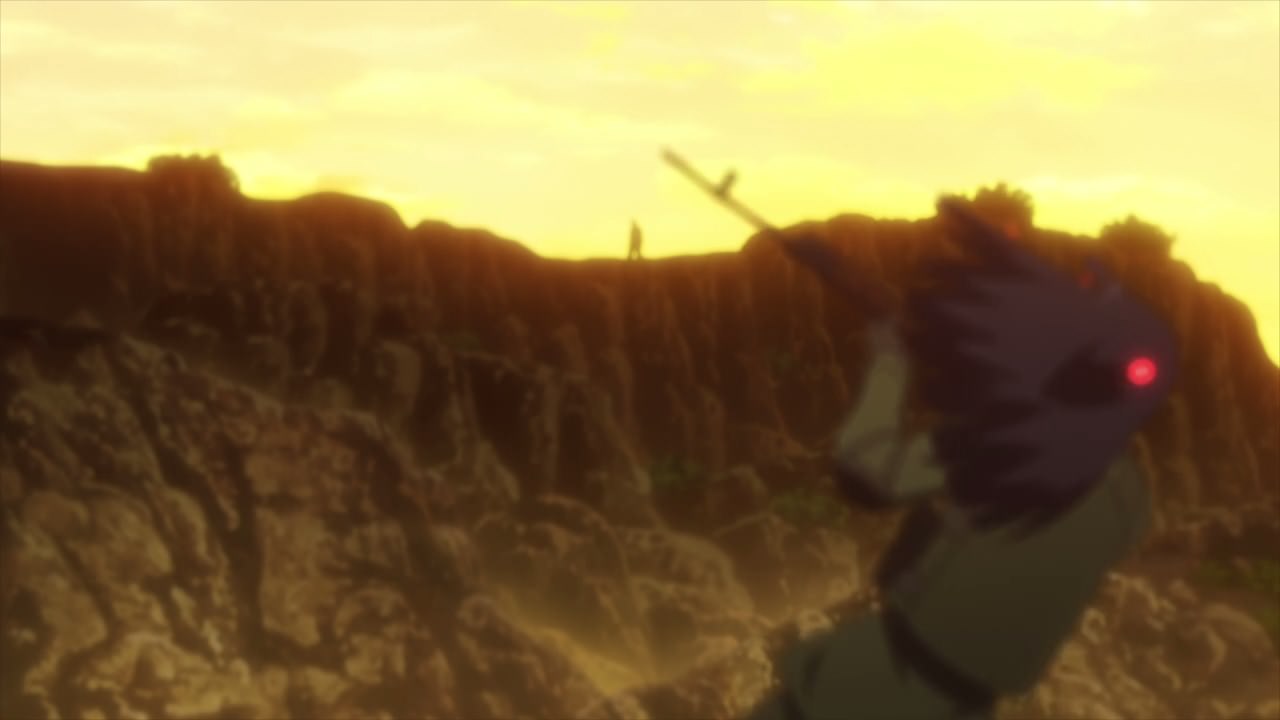 Anyways, looks like M managed to take out the last opponent as the battle royale is finally over. 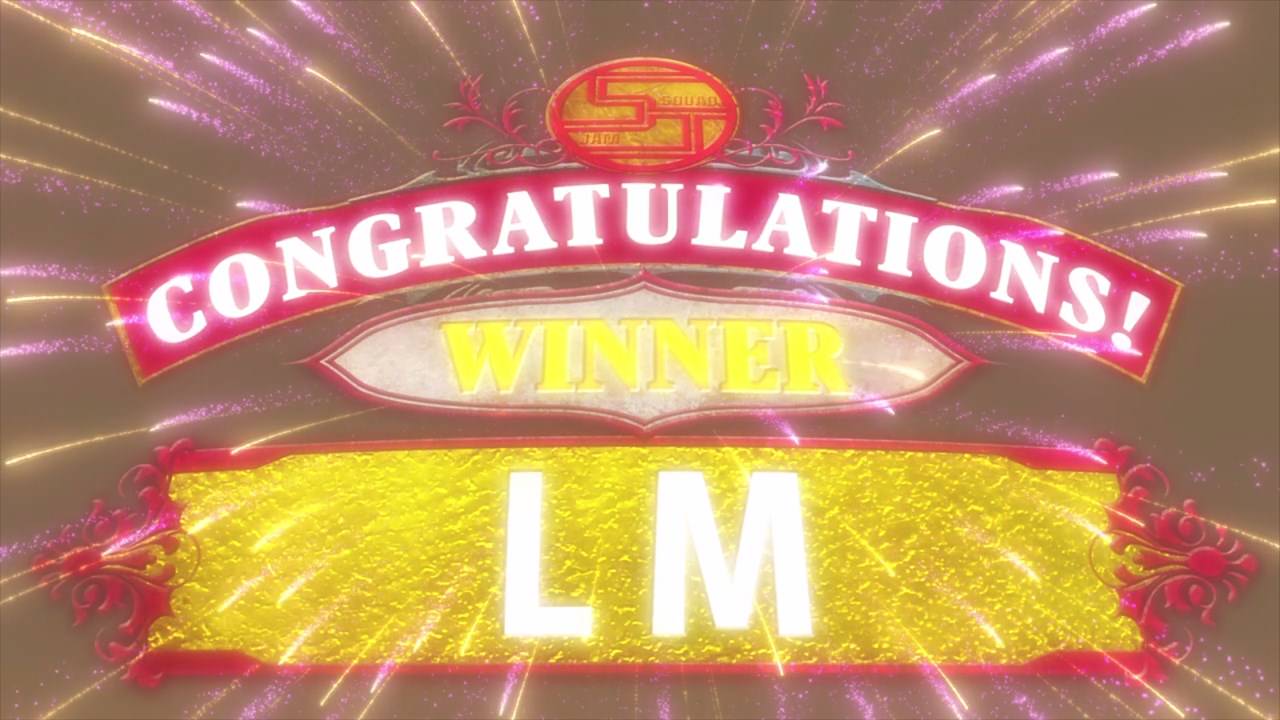 With over an hour and 28 minutes of match time, plus 49,810 shots fired during the whole tournament, it seems that the first Squad Jam is a success as the team-based battle royale has crowned both LLENN and M as winners! 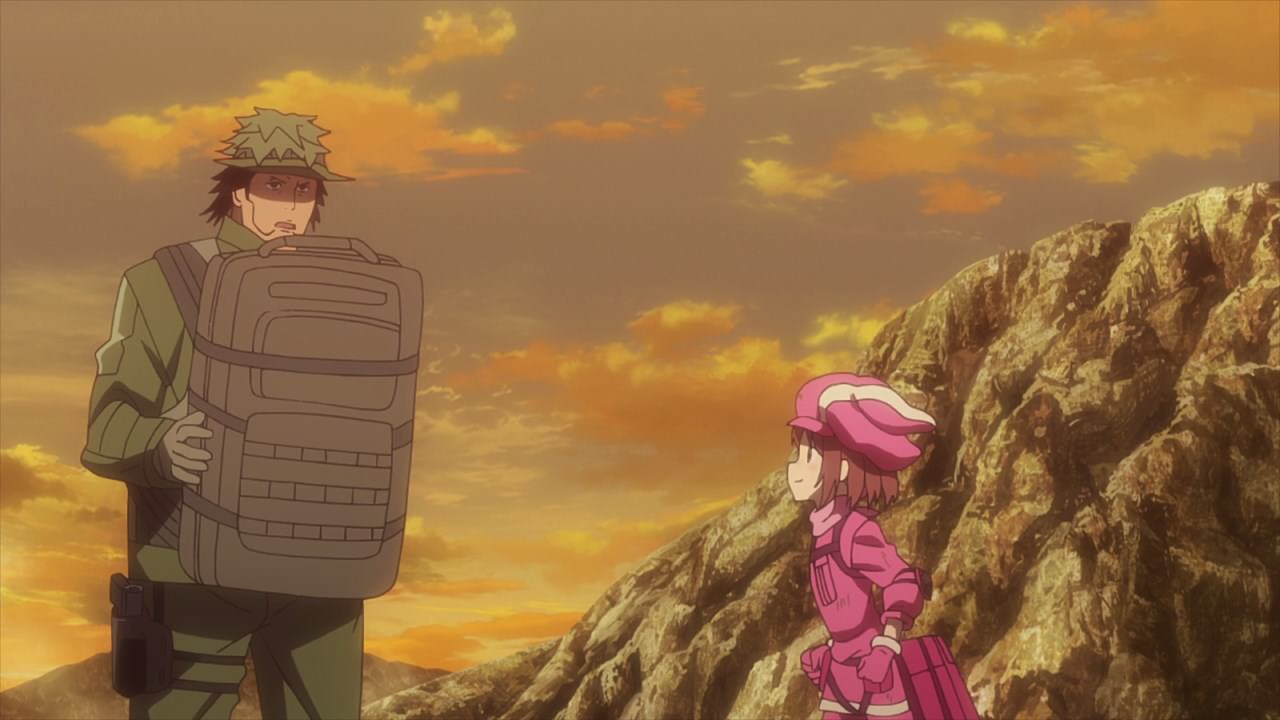 And while they’ll be celebrating their victory shortly, let’s not forget that it’s just the beginning of LLENN’s life as a GGO player.

Anyways, I’ll see you on the next episode and I’m hoping that Pitohui will be delighted regarding the results!