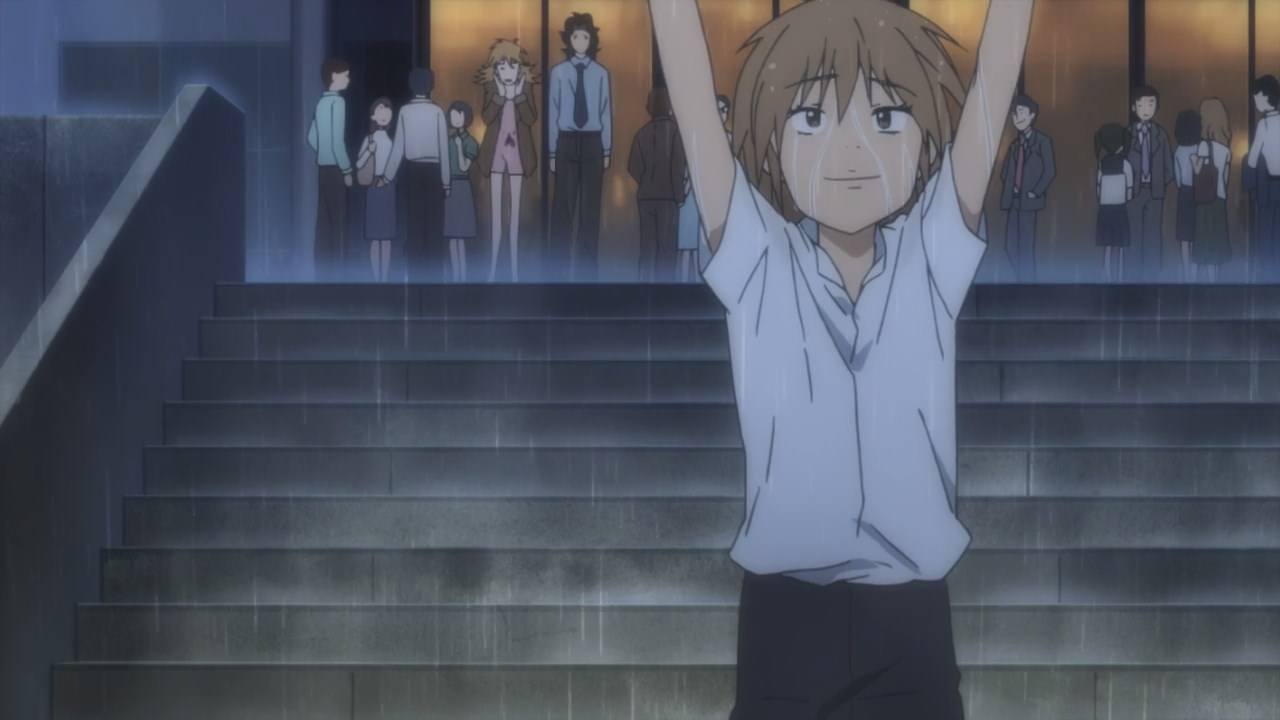 Well, I’m sad that Kai Ichinose didn’t make it just because he not only restart his performance, but Kai-kun took off his shoes and tie.

Now, Kai Ichinose is soaking in the rain with his hands held up high. Um Kai-kun, I think you should go under the shelter or you might catch the cold. 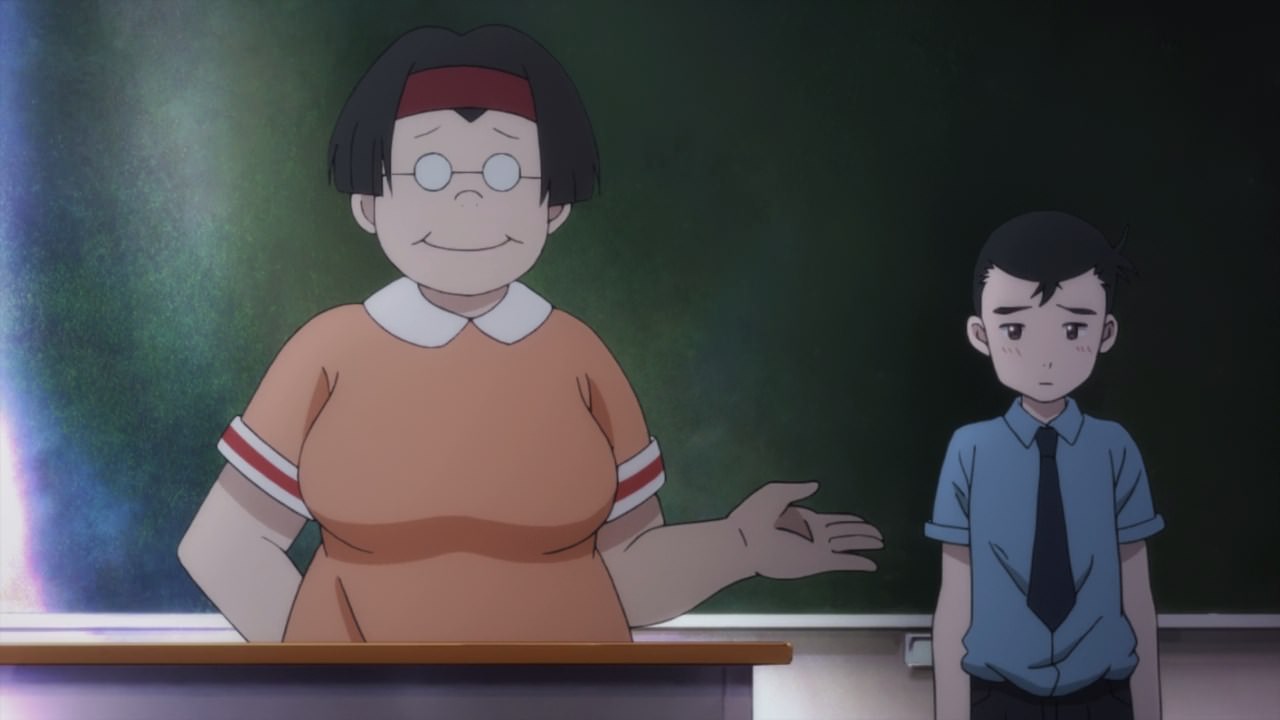 Meanwhile, we have a sudden news that Shuhei Amamiya will be moving back to Tokyo due to family matters.

Well, I must say that it’s sad to see him go, but Shuhei Amamiya has a competition to finish. 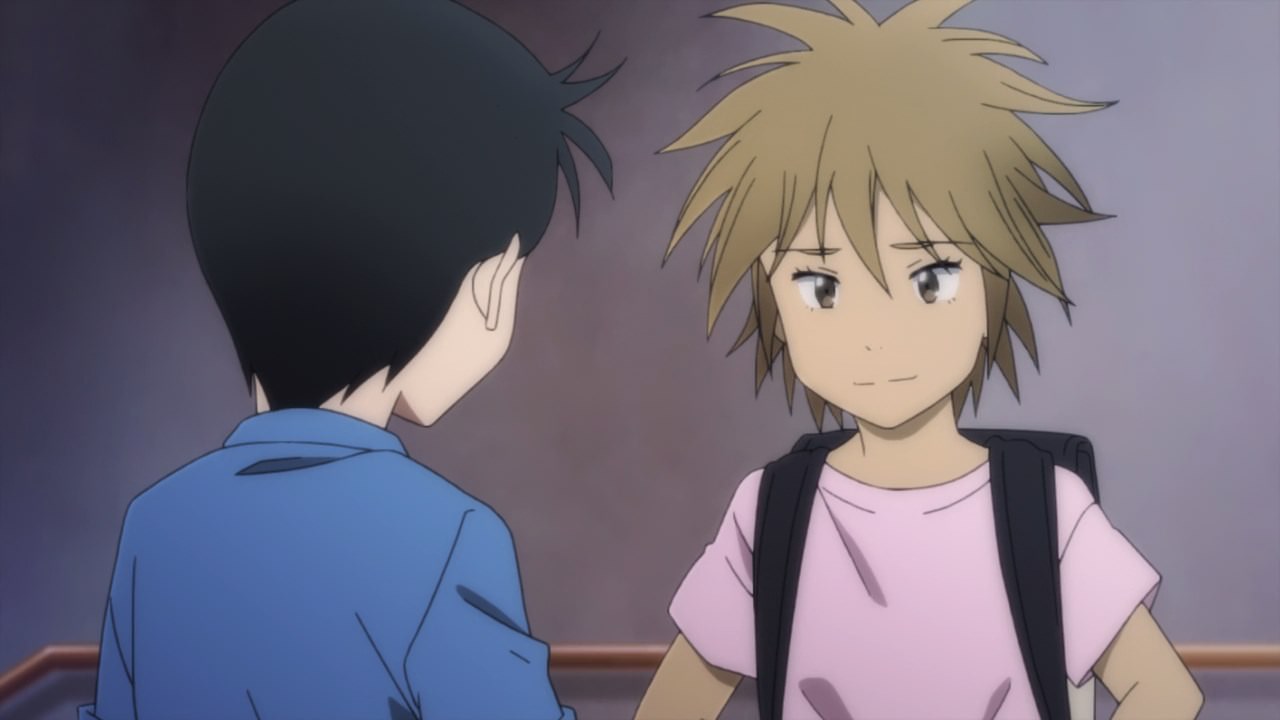 Anyways, Kai Ichinose says his farewells to Shuhei Amamiya and told him good luck in the final stage of the piano competition.

Also, Kai told Shuhei to look forward on Takako Maruyama as she’s also a good pianist. So yeah, it’s not like he’ll take the win easily. 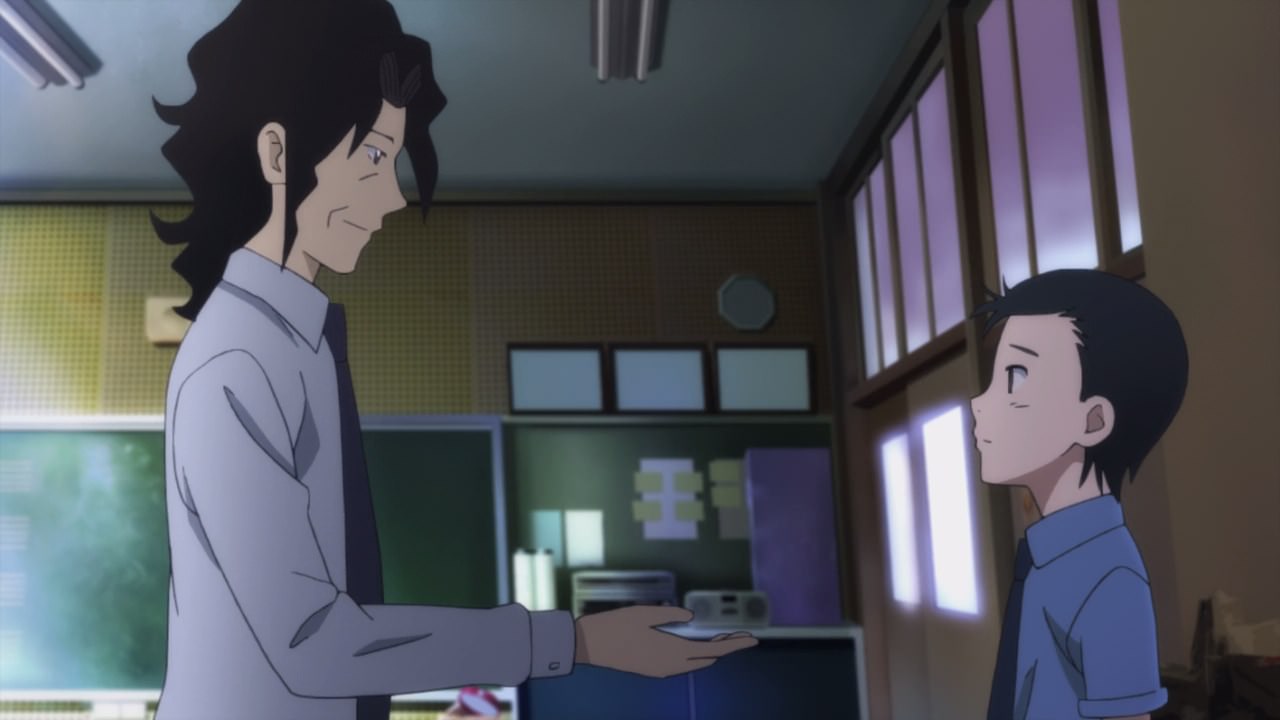 As for Sousuke Ajino, he told Shuhei Amamiya to appreciate more on his own piano performance rather than comparing himself to others like Kai Ichinose.

It’s a great advice and I’m hoping that Shuhei will understand once he grows up into a professional pianist. 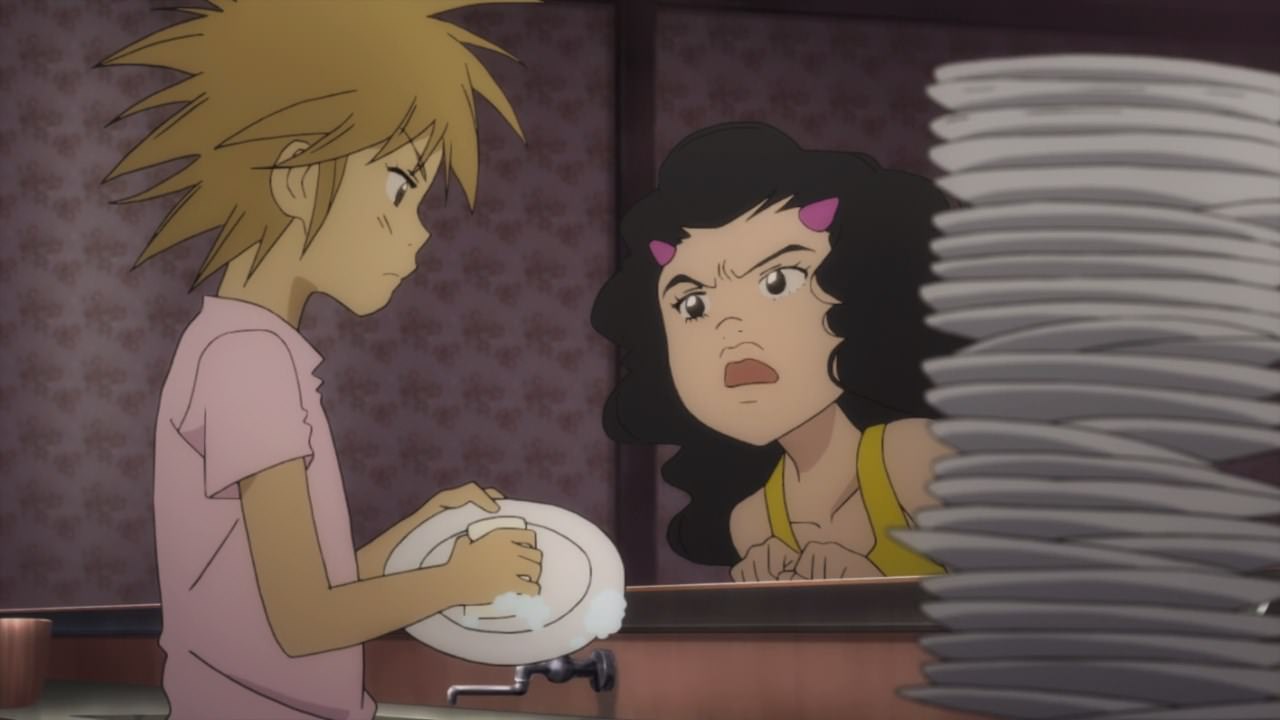 Meanwhile, here’s Kai-kun’s friend Arisa as she told him that his precious piano is currently being soaked in the rain.

Then again, Kai Ichinose is busy cleaning the dishes because the bar owner told him to work or he’ll get punished. But you know what, I think he should check on his piano at once. 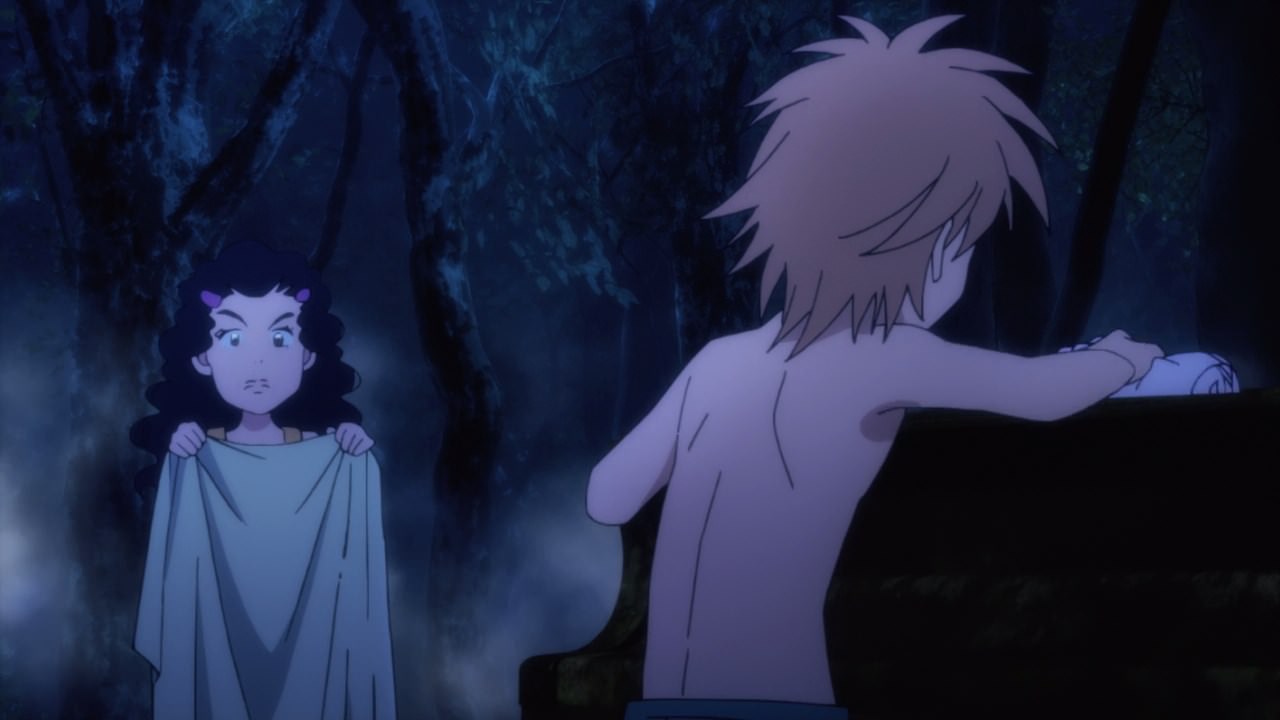 Anyways, seems that he managed to clean the piano and dry it up a bit. However, it appears that the piano didn’t work no matter how Kai took care of it. Maybe it’s broken I guess? 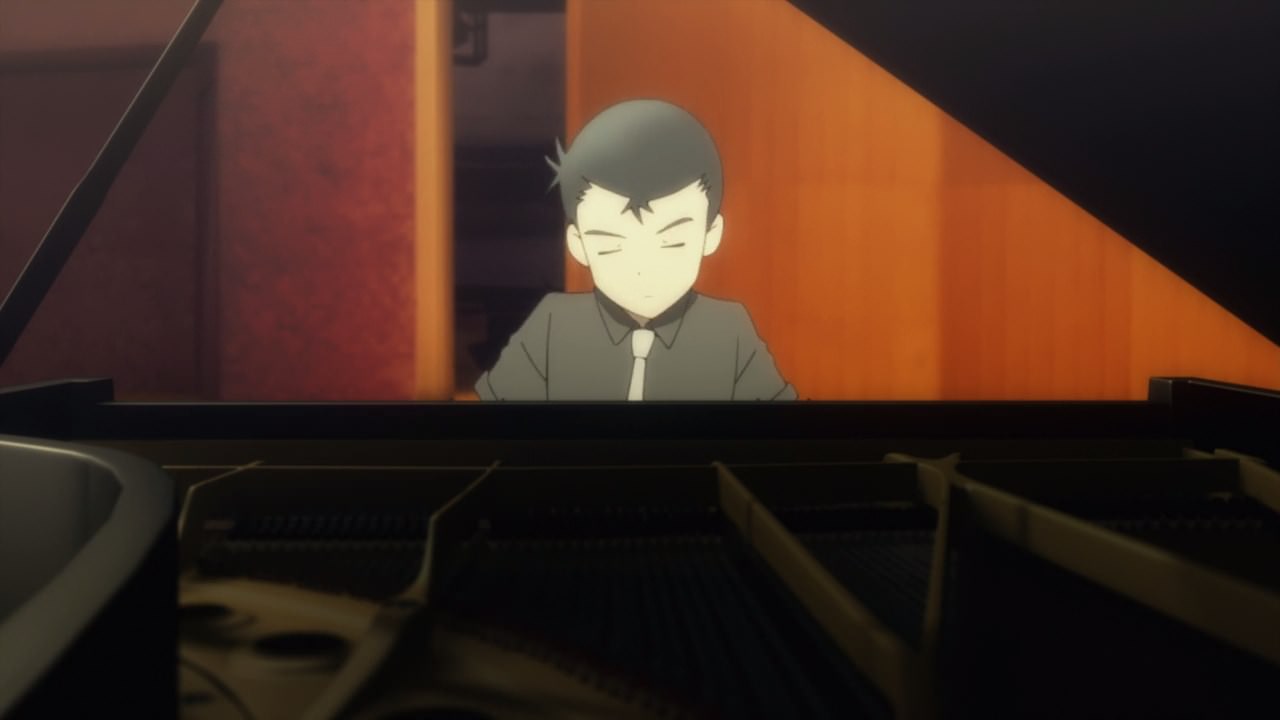 Now then, it’s time for the final round of the piano competition where Shuhei Amamiya performs Frédéric Chopin’s The Minute Waltz and as expected, he performed well as if Shuhei played it by the book. 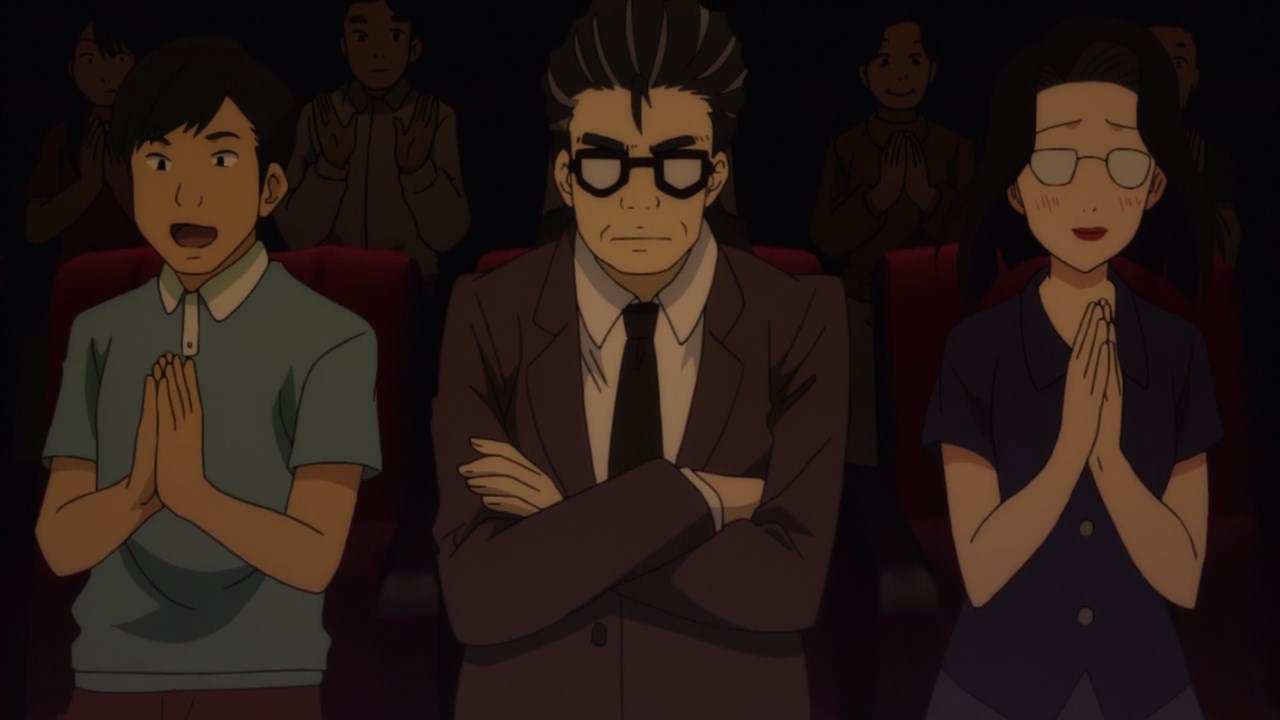 For Shuhei’s family, they’re highly-satisfied about the results and while their son will win this, it’s not like the competition will be lopsided in Shuhei’s favor. 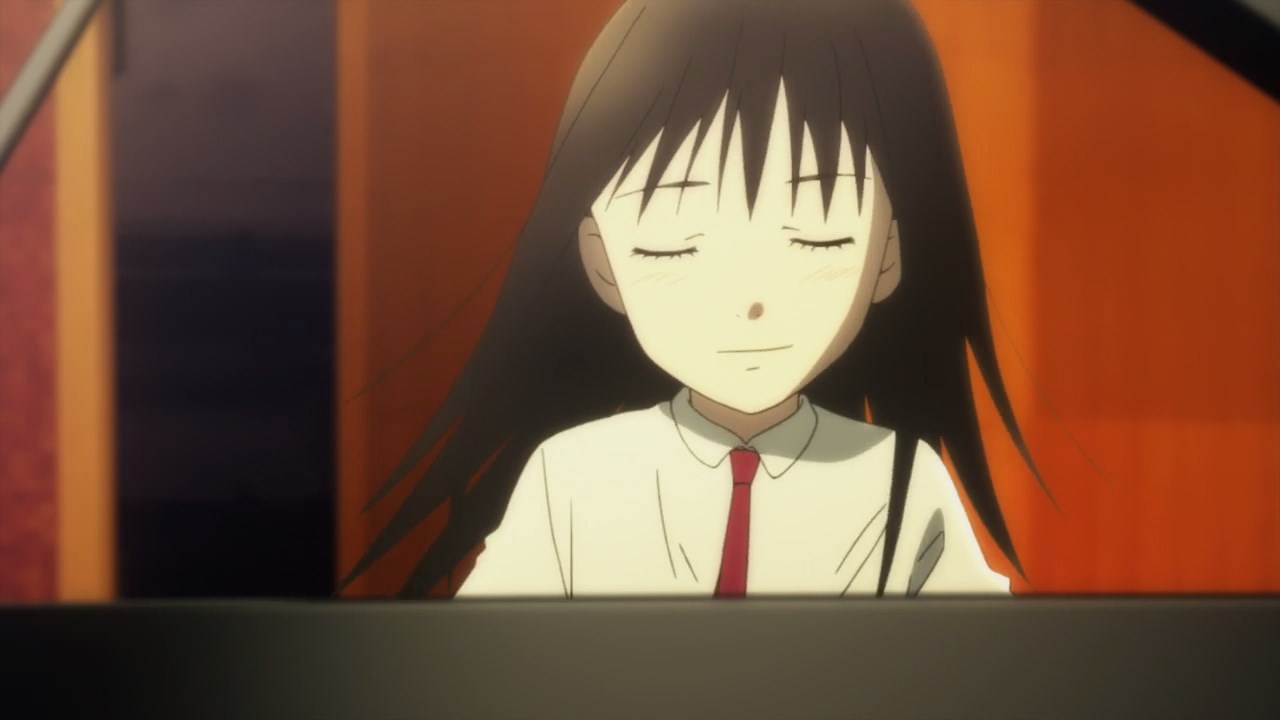 That’s because we have Takako Maruyama as she performs Chopin’s The Minute Waltz.

Unlike the rest of the competitors, Takako’s version has a slight touch of Kai Ichinose’s soul. In fact, I feel that Kai is guiding Takako to give her best during the final round! 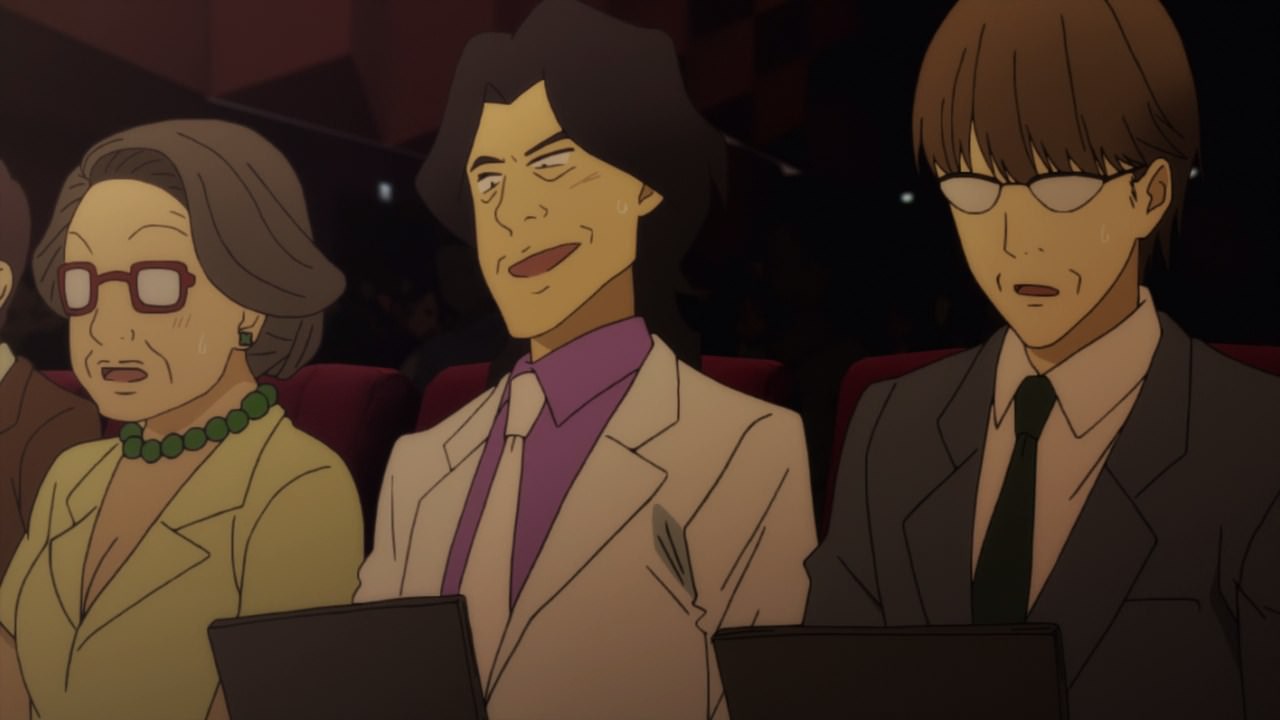 As for the judges, they’re surprised on Takako Maruyama’s performance that she was influenced by Kai Ichinose during the previous round. Well, everyone felt different after Kai did a stunning performance even though he was disqualified.

With that said, the competition has declared Shuhei Amamiya as the winner so it’s not a shocker that he’ll take it. However, the judges gave Takako Maruyama a honorable mention so there’s a consolation prize there. But you know what, Takako wants Kai-kun to see her perform but he didn’t appear in the end. 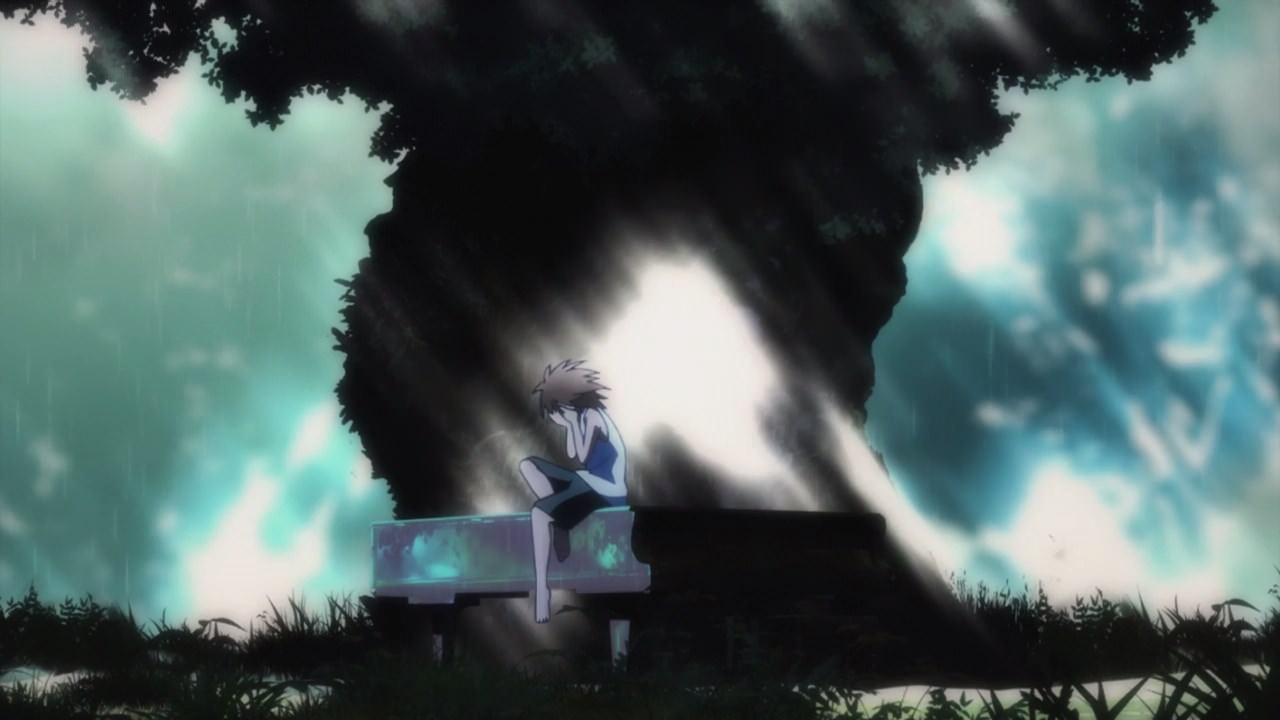 But let’s go back to Kai Ichinose as he felt depressed that his beloved piano won’t play the notes anymore. Was the god of piano abandoned him or it’s just that Ajino’s piano simply just gave up due to age and the current weather?

While I feel that the former won’t be the case since Ichinose has a promising career so it’s not like the gods abandoned him anyway, I have to say that it’s inevitable that Sousuke Ajino’s piano is no longer working and I fear that the weather would get worse for it.

Anyways, I’ll see you next time and I’m hoping that Kai-kun will be alright!