On this week’s episode, looks like we have a stalker at the dormitory on a stormy night.

And it seems that a certain Kaos-sensei is so scared that someone is watching her! 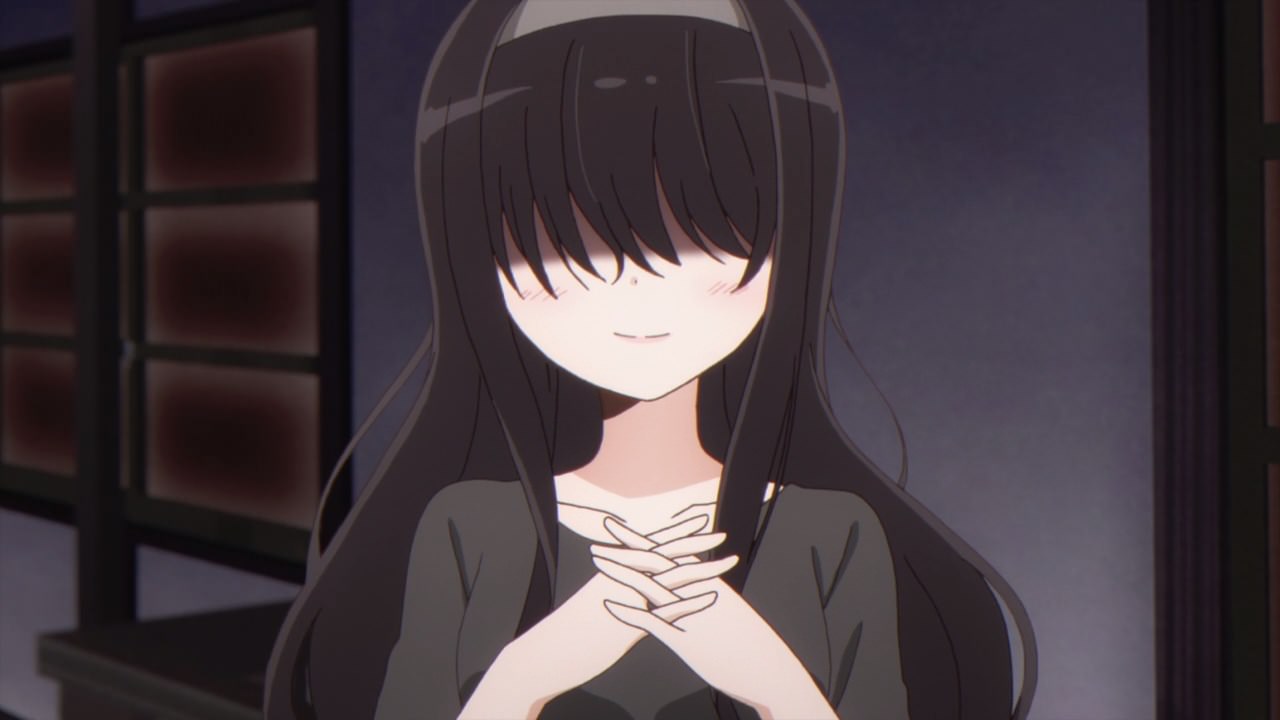 Anyways, it turned out to be none other than Suzu Fuura, an upperclasswoman to both Tsubasa Katsuki and Ruki Irokawa who specializes in horror manga. And you know what that means, especially for Kaoruko Moeta… 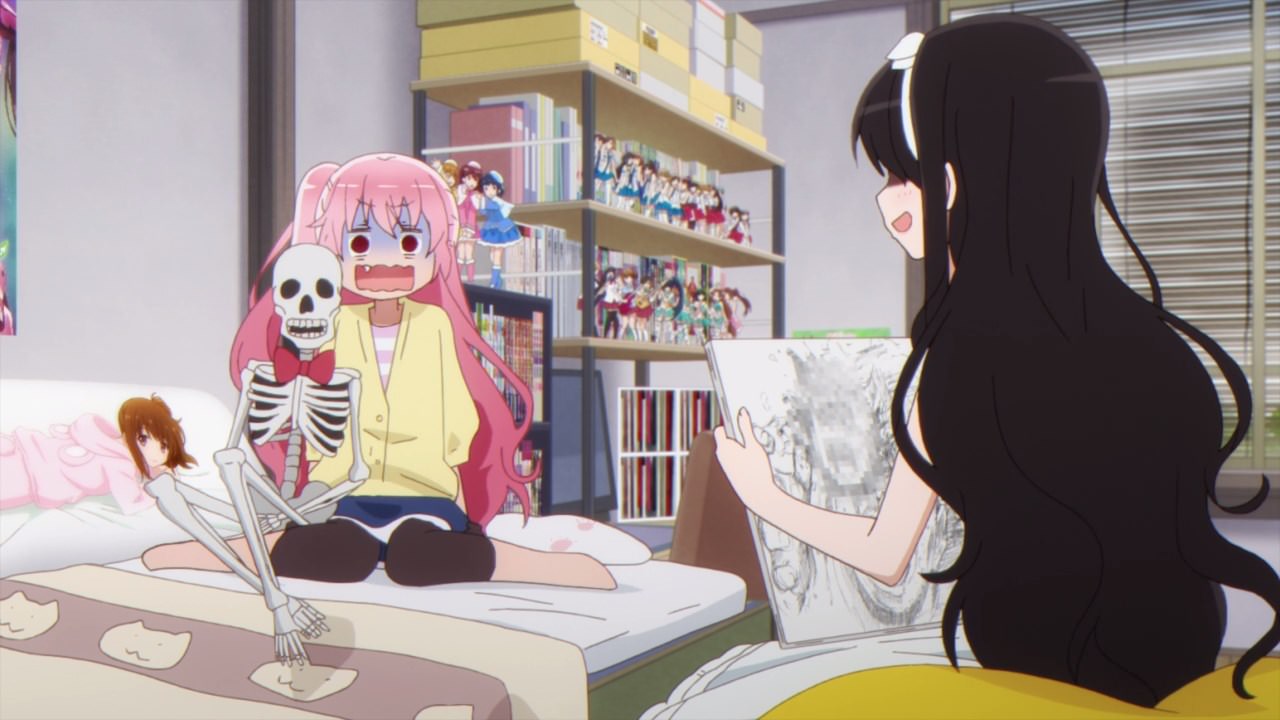 That’s right, Kaos-sensei will get scared like there’s no tomorrow! Poor Kaos-sensei, she might lose her vocal chords after being tormented by Fuura-sempai. 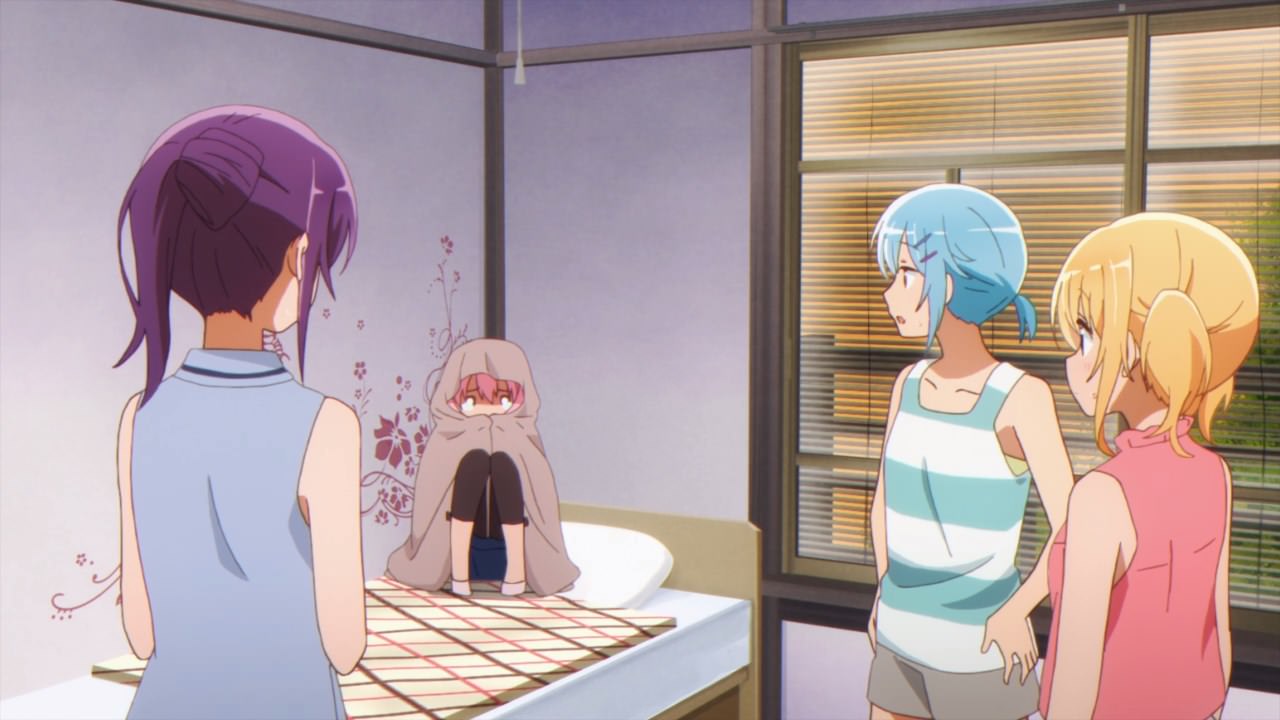 With that said, Kaoruko hides to another room where she’s joined by Tsu-chan, Rukki, and Koyume Koizuka. Of course my worry is that she’ll faint once Kaoruko screamed so hard. 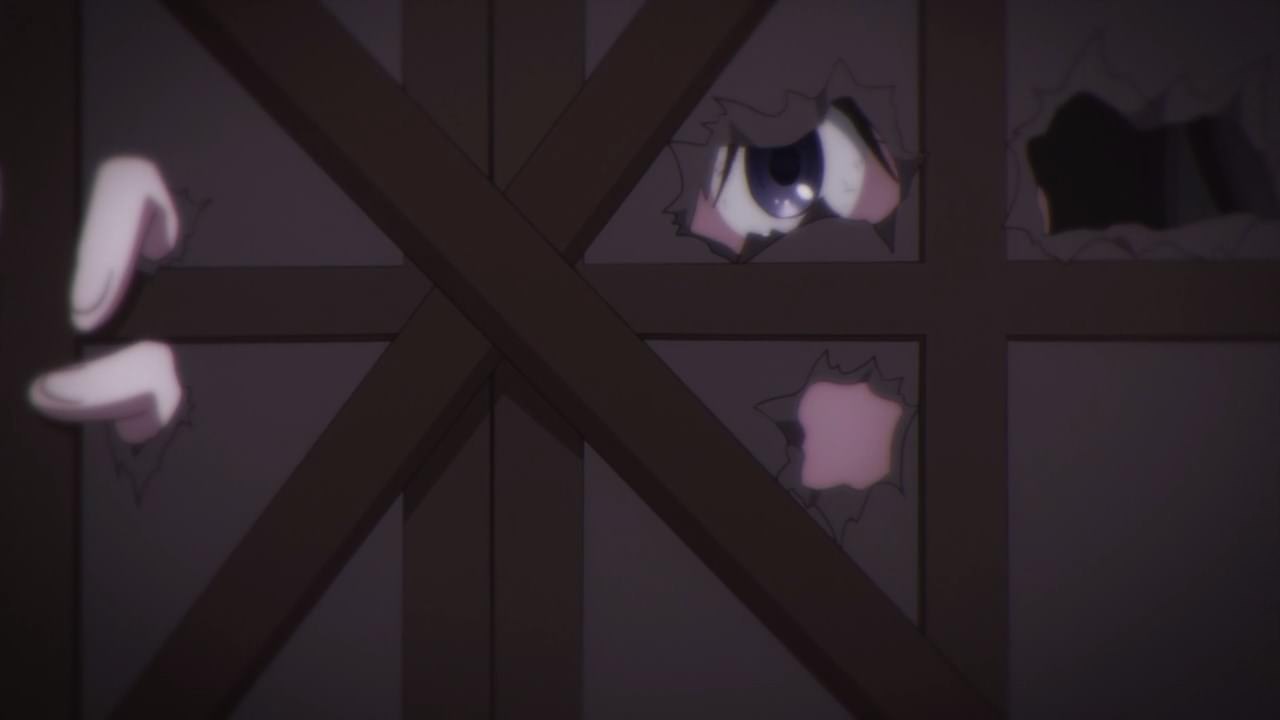 Speaking of screaming, looks like Fuura-sempai does it too as she wants to see Kaos-sensei so badly… 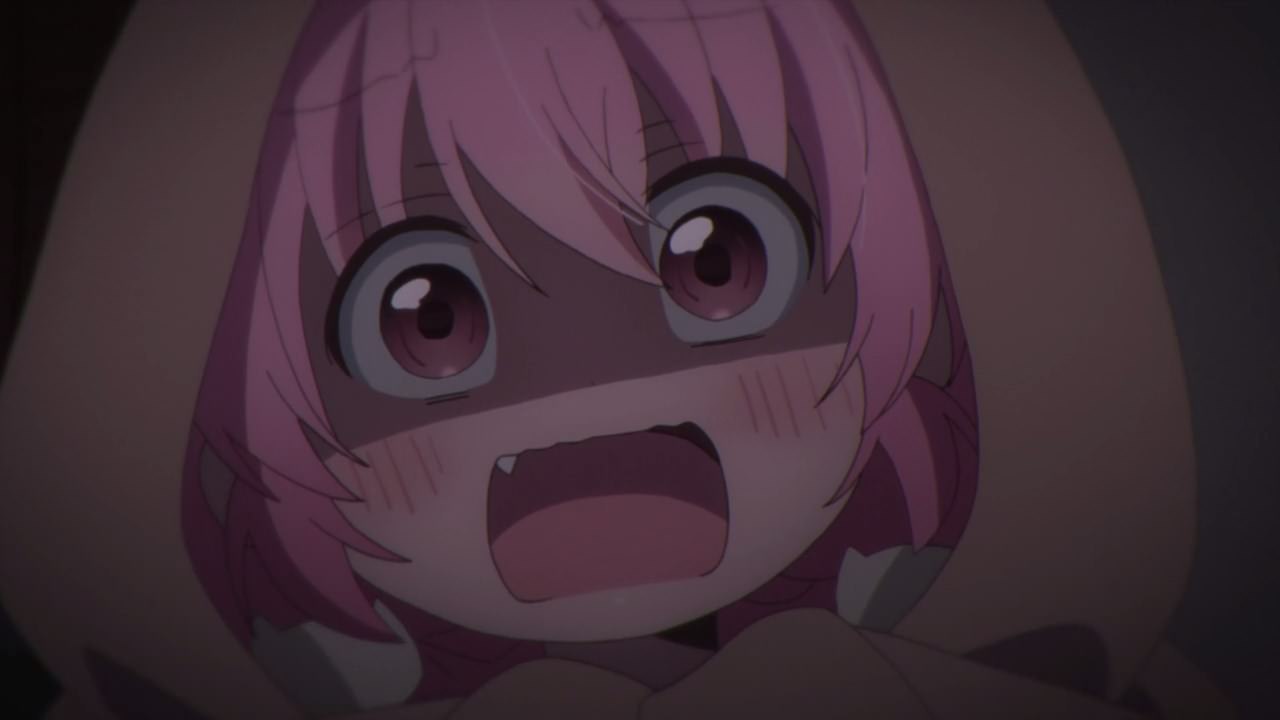 Yet for Kaos-sensei, she doesn’t want to see Fuura-sempai because she’s obviously scared shit at her. I feel bad towards Kaoruko Moeta at this point. 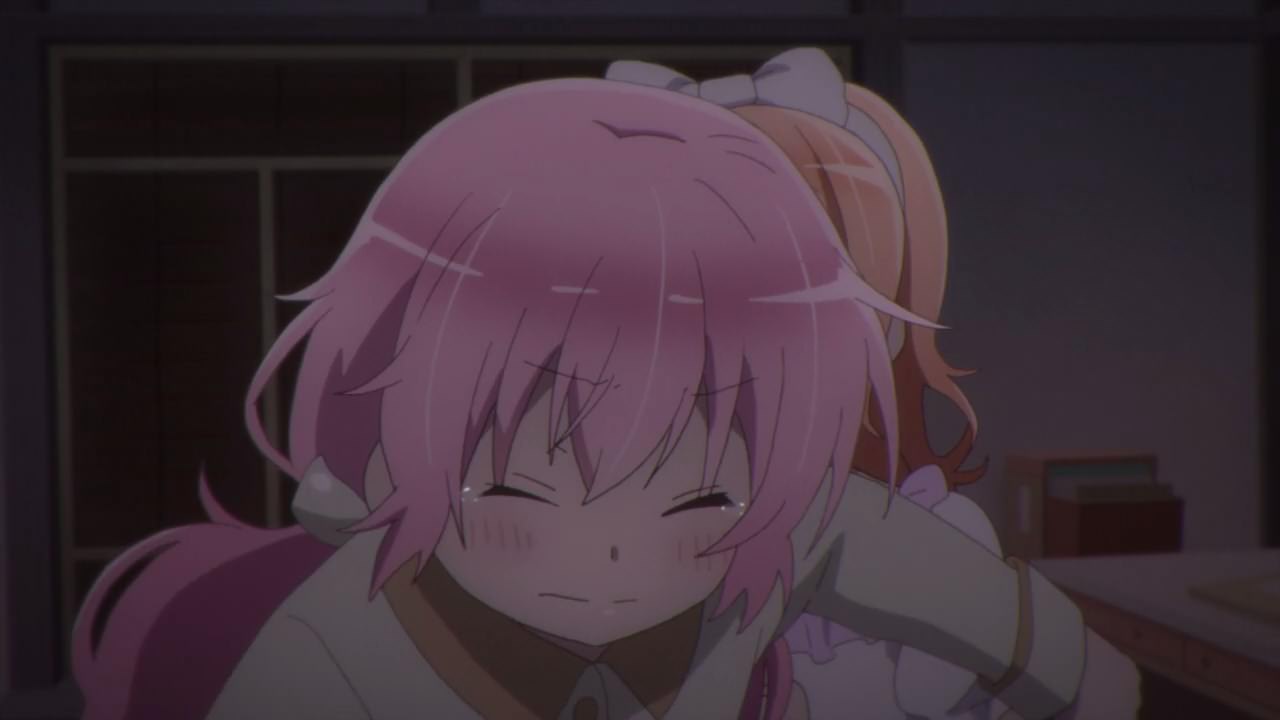 In any case, Kaoruko Moeta has no choice but to run away from Suzu Fuura, which is a bad idea since she might get caught. 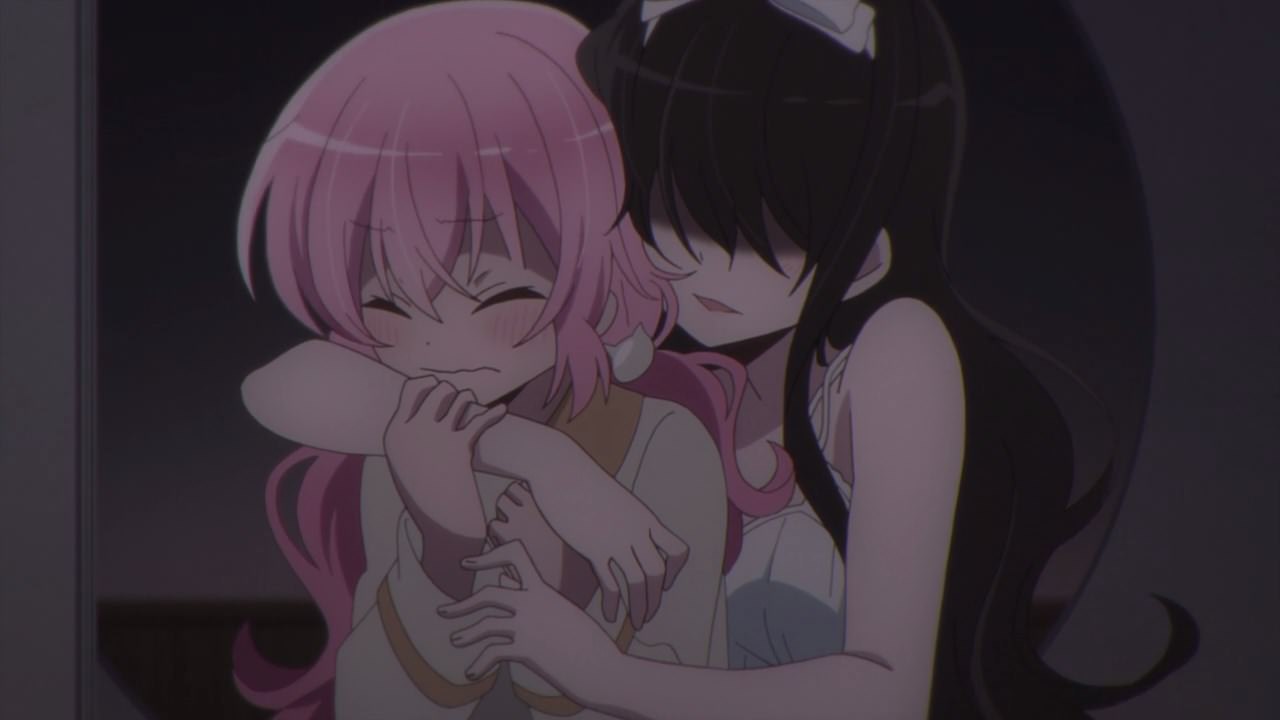 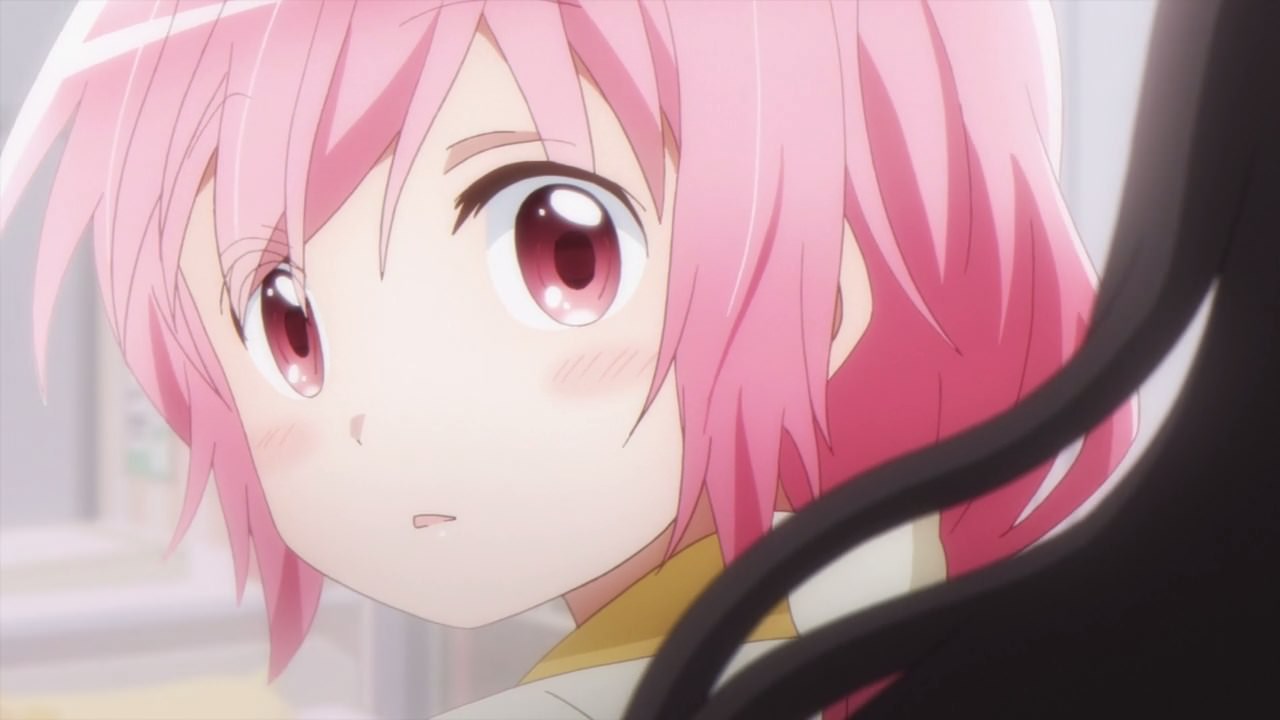 However, seems that Kaoruko found a silver lining to this horrible event once she turns around… 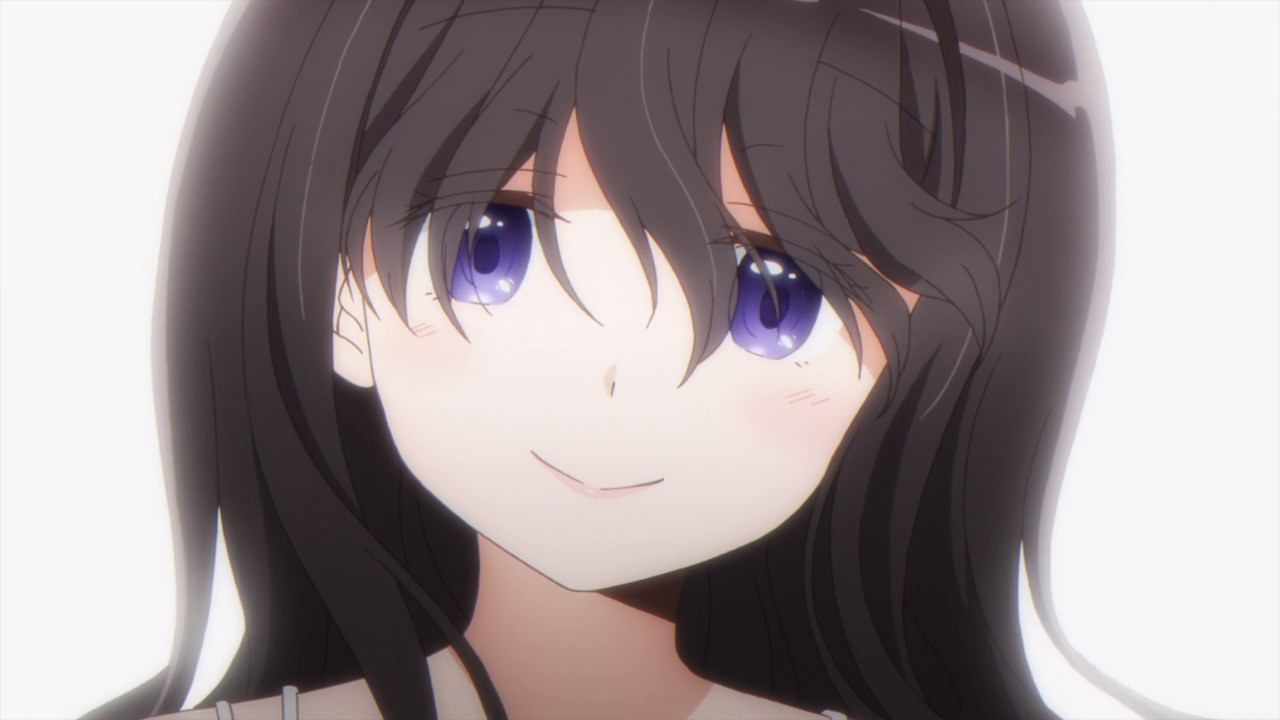 It appears that Suzu Fuura isn’t as scary as everyone think as she looks so beautiful up-close.

Also, it turns out that Fuura-sempai is very lonely that she wants to have friends. Then again, her penchant for looking creepy and coupled with her career on making horror manga would turn people off. 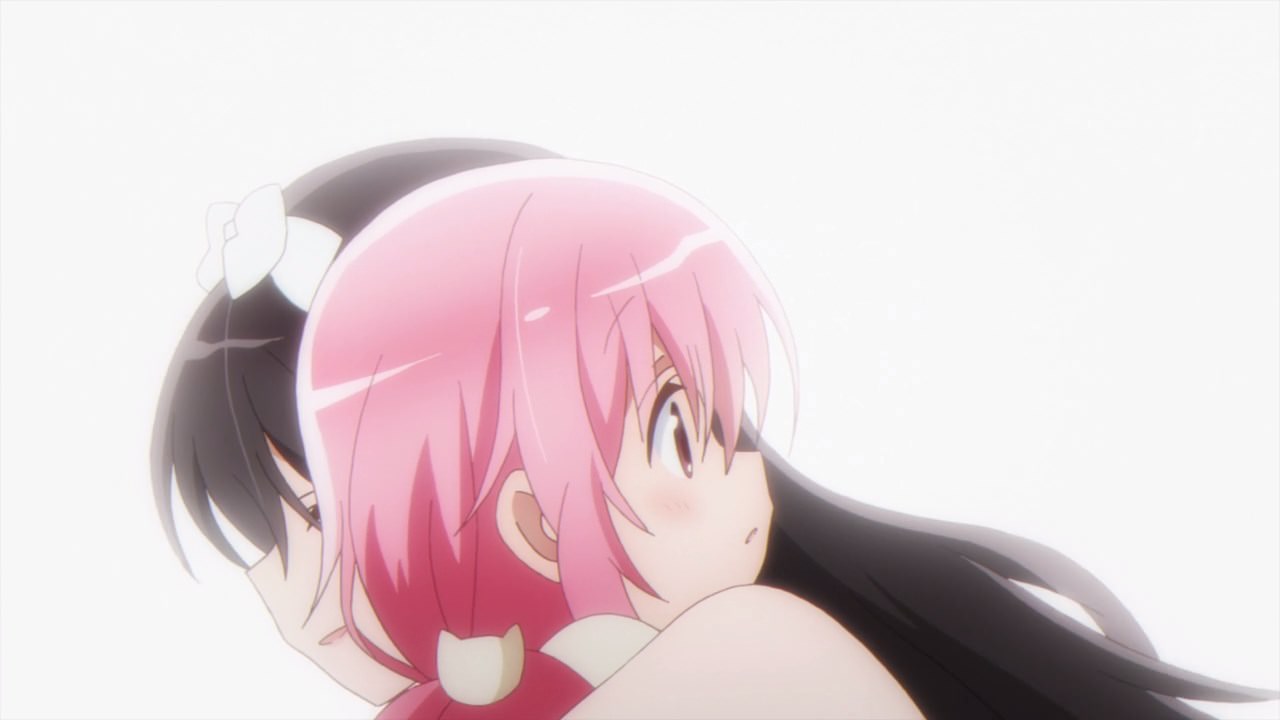 In the end, seems that Kaos-sensei has decided to face her fears and befriend Fuura-sempai.

All’s well that ends well in the first half of this episode, although Suzu Fuura will pop-up unexpectedly in some places so be careful. 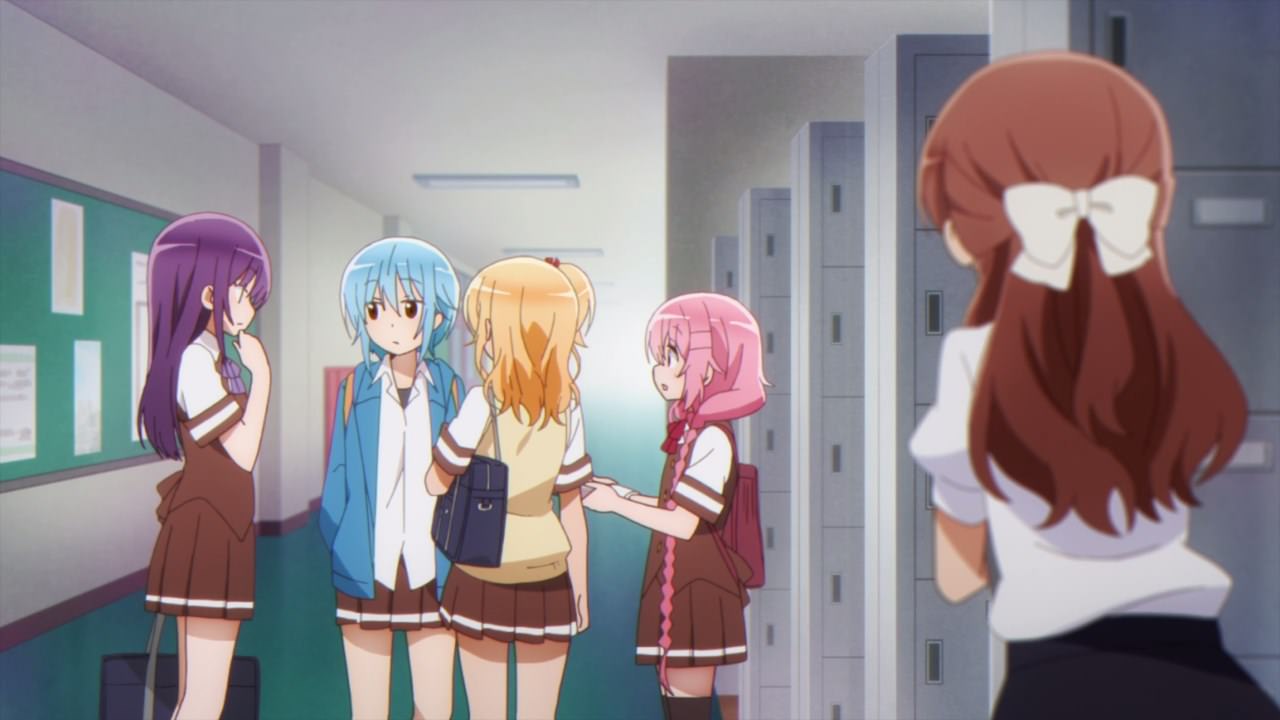 Next up, it’s time to talk about a certain teacher who’s very suspicious about those 4 girls.

Oh by the way, this teacher actually appeared in the previous episode where she dressed up as the titular Dark Hero from WING V.’s manga. 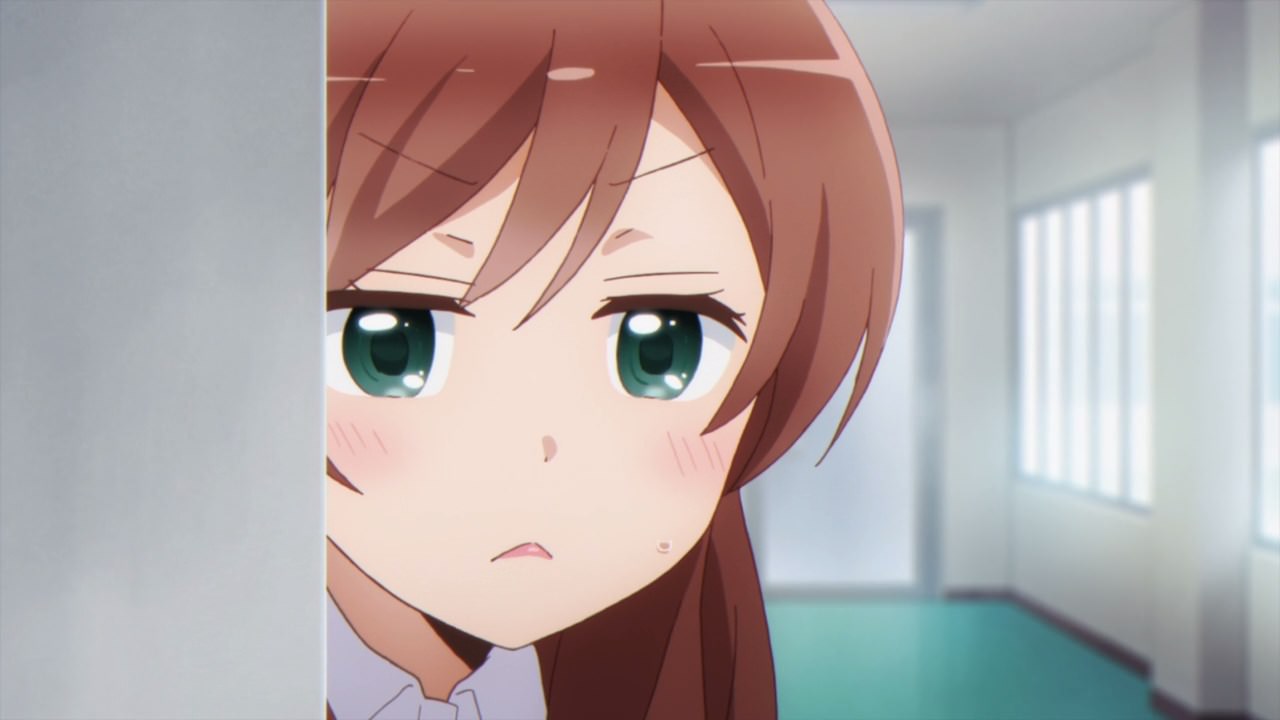 Anyways, this is Miharu Nijino who is the strict teacher to Kaoruko Moeta, Ruki Irokawa, and Tsubasa Katsuki.

Little did they know is that Nijino-sensei is secretly a freaking otaku, and also a fan of WING V.’s shonen manga “The Dark Hero”. Then again, she’s acting very suspicious for a homeroom teacher. 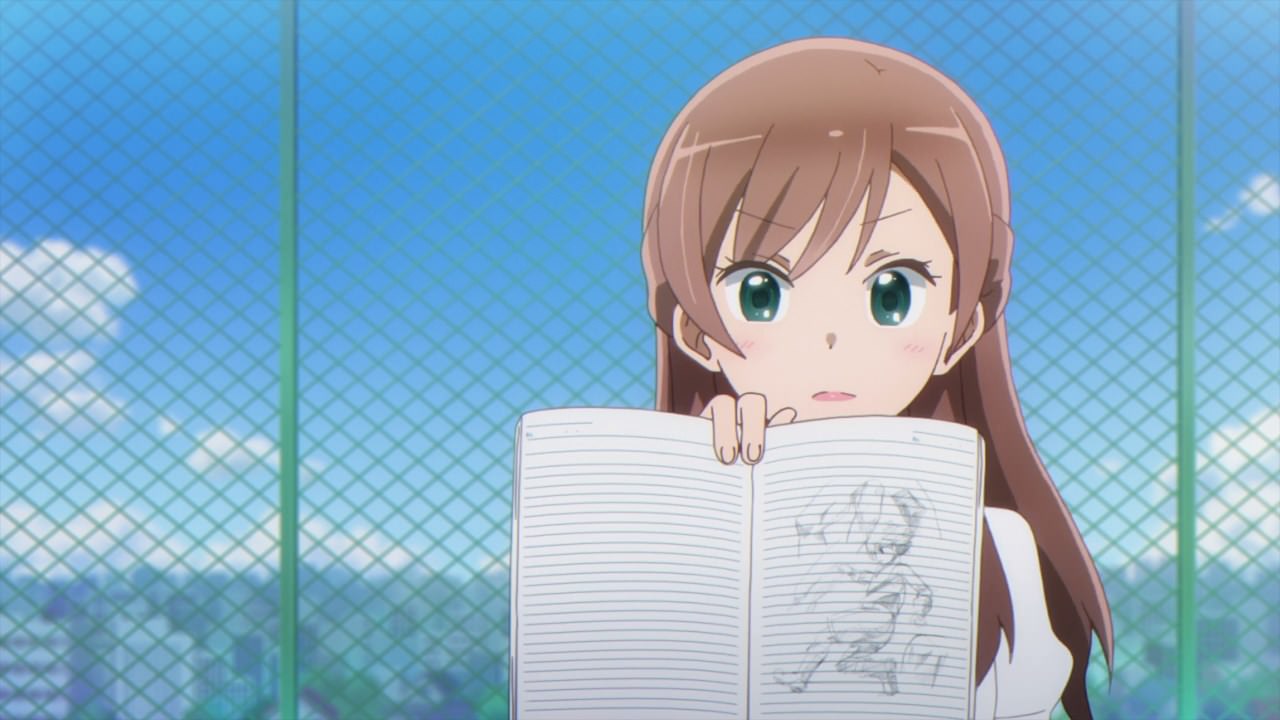 So, Miharu Nijino asked Tsubasa Katsuki about this drawing during class, and also asked Tsu-chan if she’s a fan of WING V.’s manga. Well, seems that her facade as a strict teacher is starting to crumble. 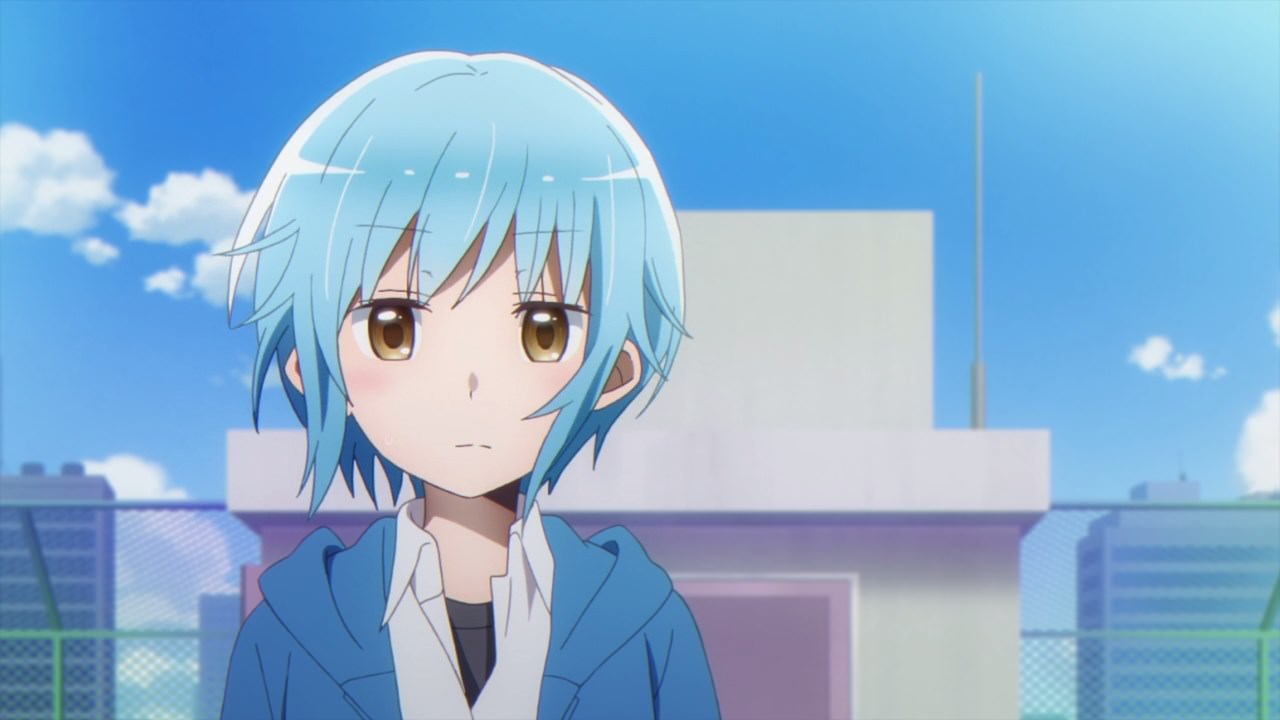 Of course, little did Nijino-sensei know is that Tsubasa Katsuki is actually WING V. Then again, she wants to hide her identity as a mangaka no matter what. 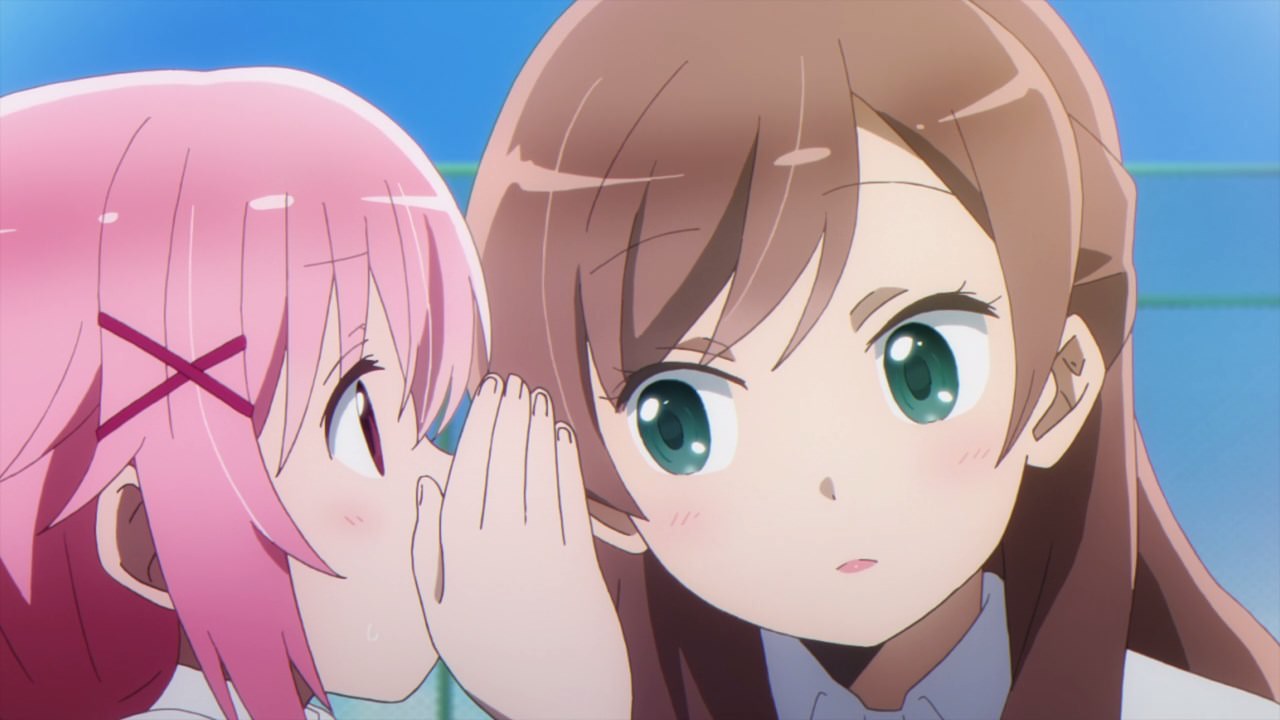 However, it appears that Kaoruko has decided to reveal Tsubasa’s true identity as a mangaka. Why do you have to do this, Kaos-sensei?

So when Nijino-sensei heard about it from Kaoruko, she couldn’t believe that Tsubasa Katsuki is actually WING V. 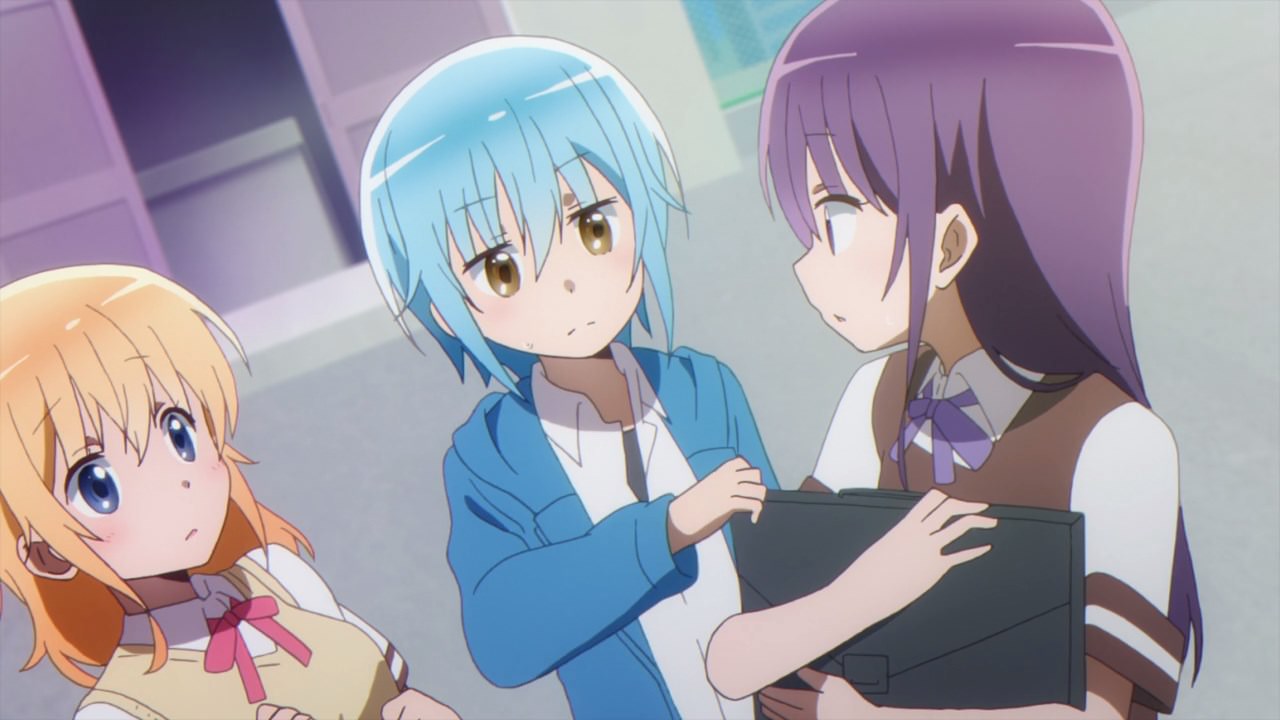 Well, seems that Tsu-chan has no other choice but to reveal her true identity. And to give proof that she’s WING V., Tsubasa Katsuki shows her manuscript that she’s currently working for the next issue. 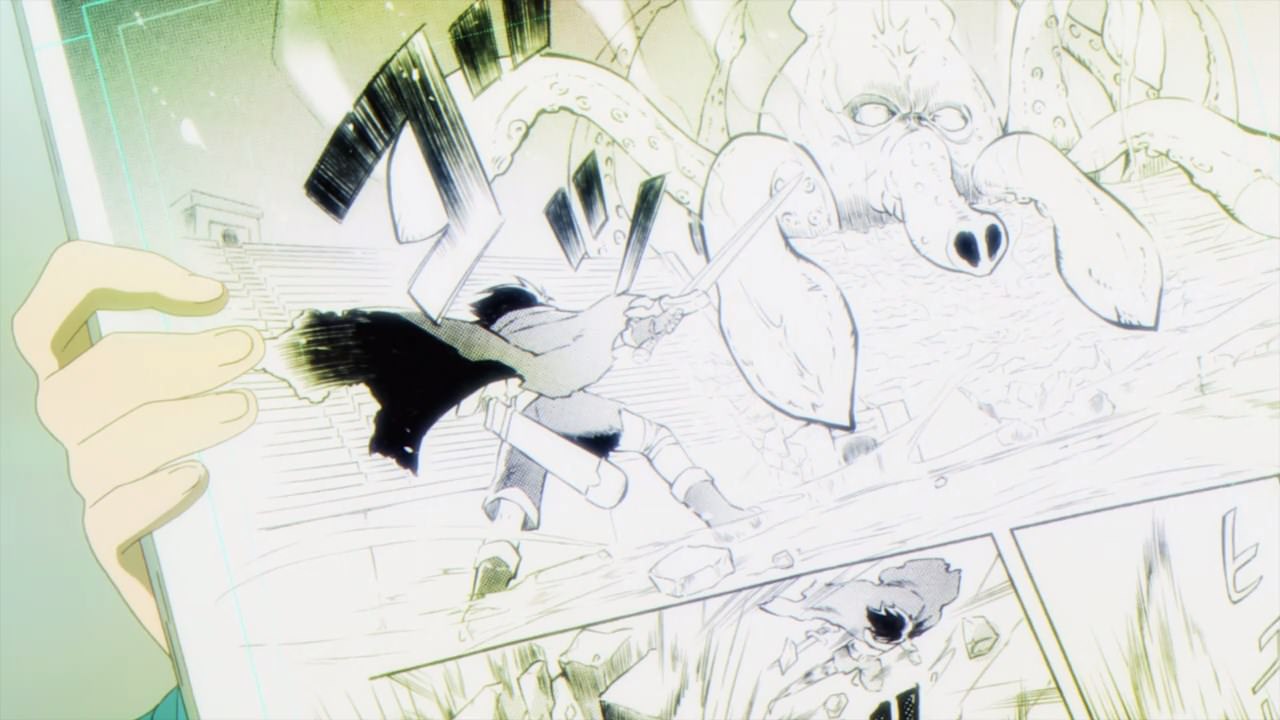 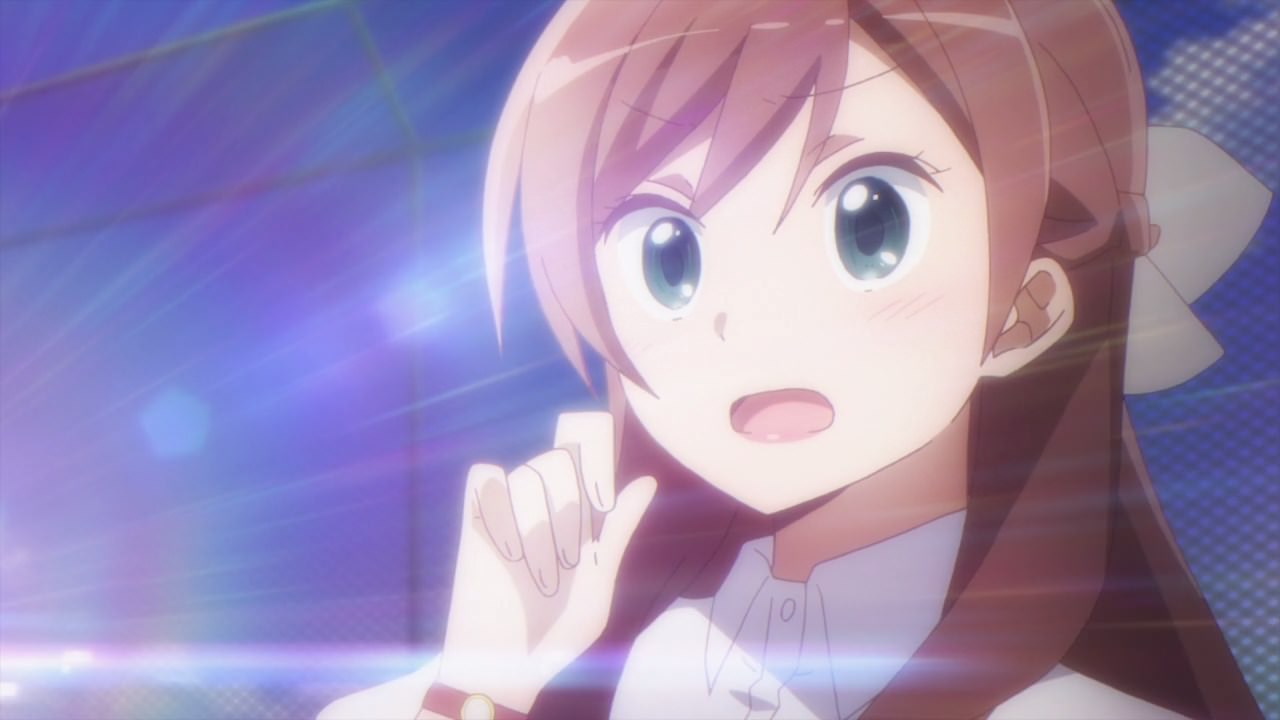 And once Tsu- I mean, WING V. shows her manuscript, Nijino’s eyes went open that her student is actually an author of her favorite manga. 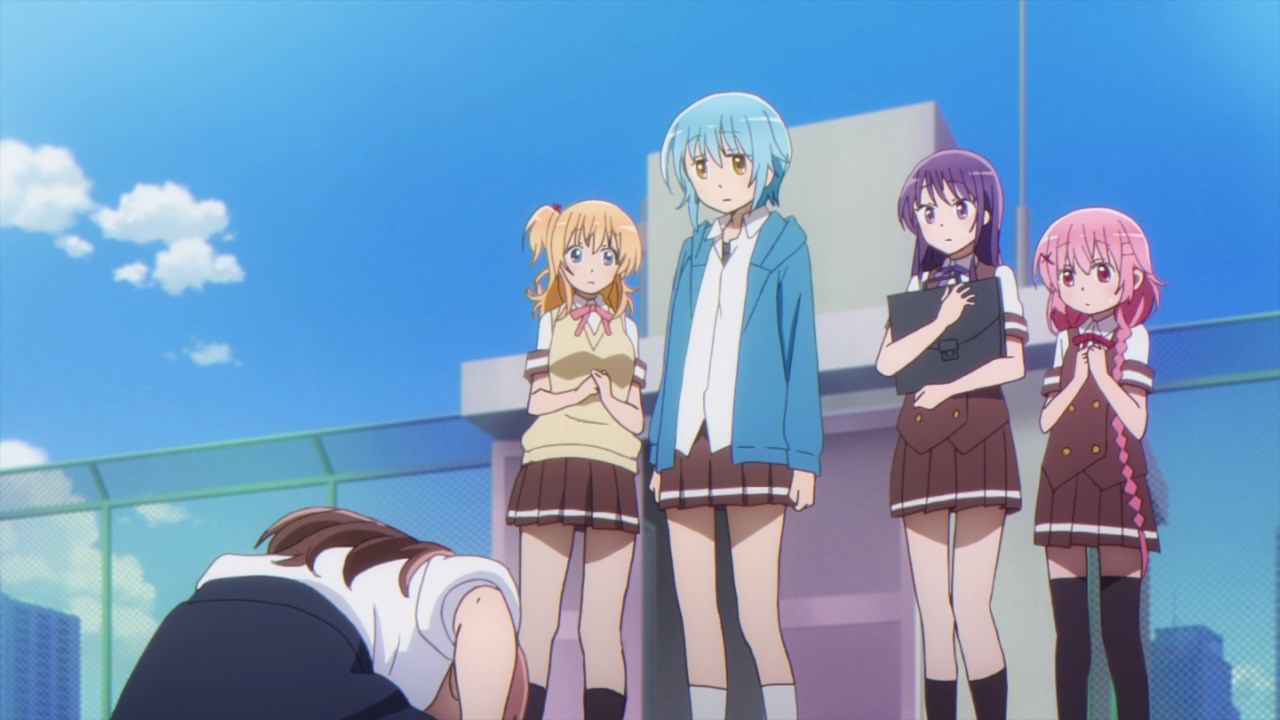 Well guys and girls, looks like Miharu Nijino has lost her shit now that she knows about Tsubasa Katsuki being a mangaka. Oh, and let’s not forget that Tsu-chan’s friends are also making manga. Of course, Nijino-sensei will need to keep that a secret to everybody.

And that’s about it for this week’s episode of Comic Girls. Man, I have to say that we have more interesting characters like Suzu Fuura and Miharu Nijino, although Kaos-sensei’s improvement is a bit slow but I’m hoping that it all goes well for her. Anyways, see ya next time!