Darling in the FranXX Episode #17 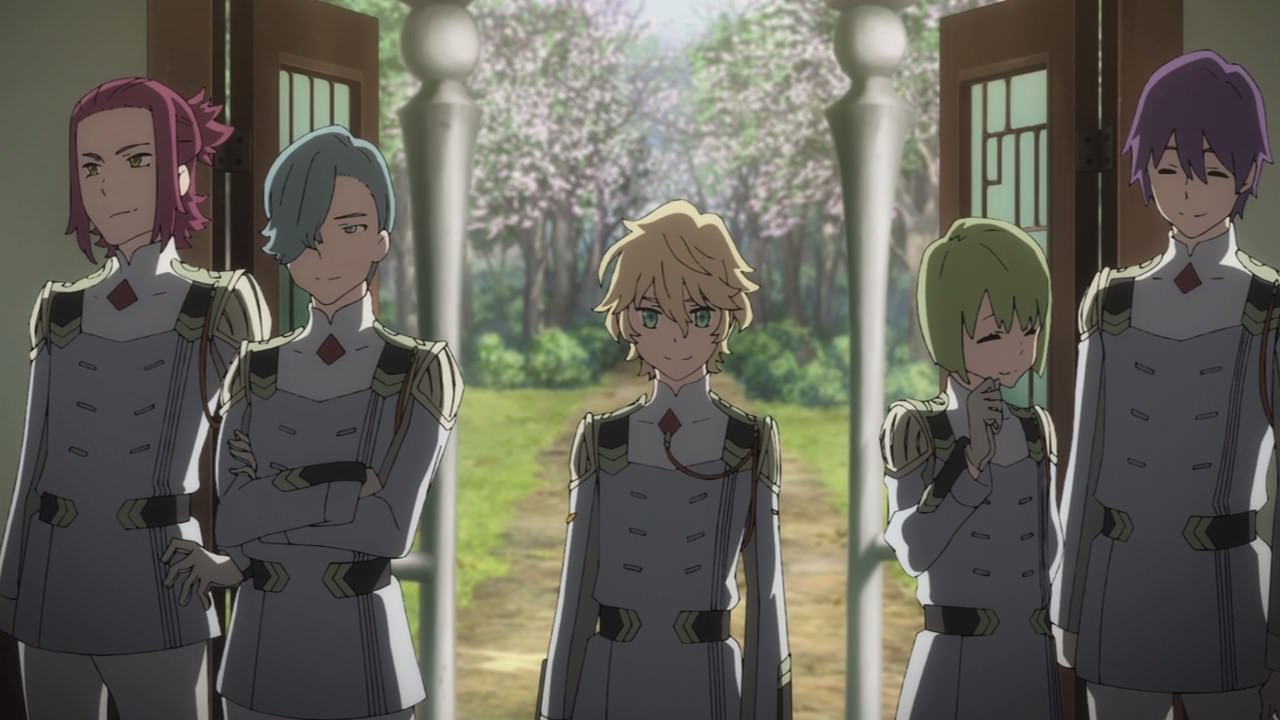 Well, we have some… wanted guests as the 9’s are here check on the parasites of Plantation 13 under Papa’s orders.

For the likes of Code:039 “Miku”, they’re relieved that Papa didn’t abandon them but then again, I’d doubt that the council cared on their children’s well-being. 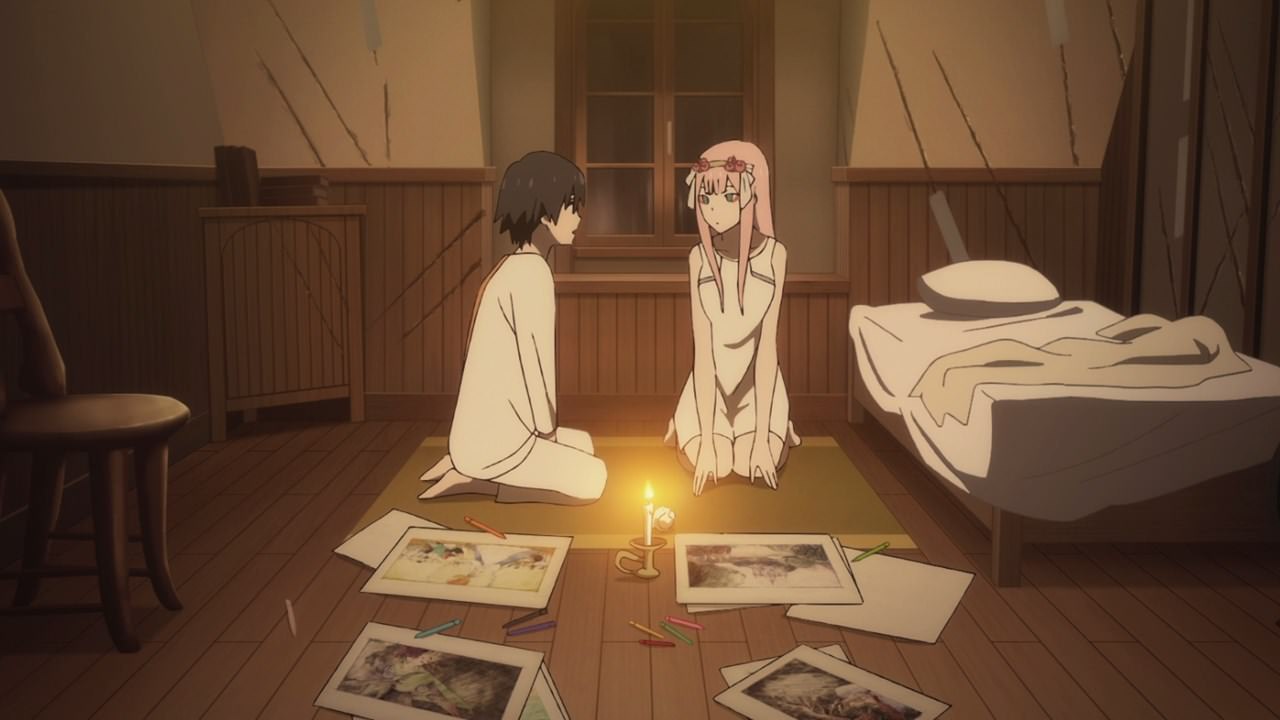 Meanwhile, here’s Code:015 “Hiro” as he’s fascinated that Code:002 “Zero-Two” can draw fantastically. Well, all she did was eat her favorite picture book and draw the contents from her memory.

Also, looks like Zero-Two is sporting a headband that Miku made earlier, which suits her better as she looks so gorgeous! 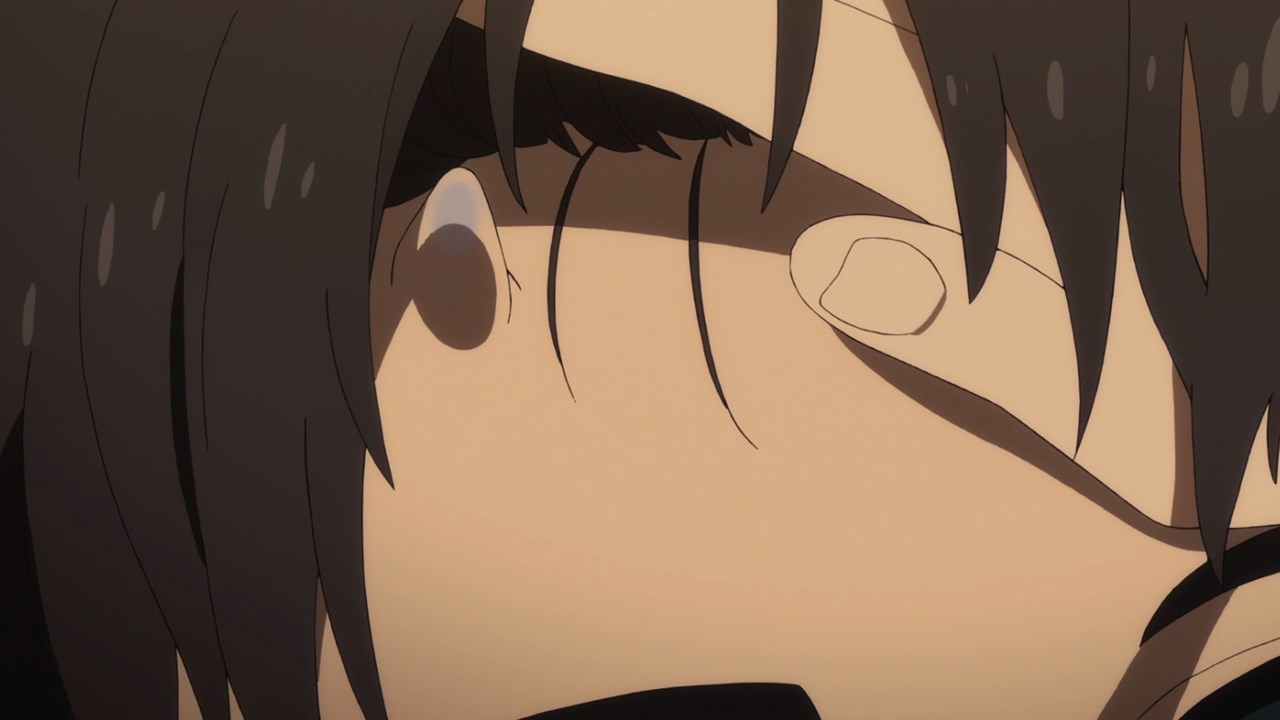 On the other hand, seems that Hiro is starting to become like Zero-Two as he’s gaining some klaxosaur horns.

While Hiro’s transformation started in Episode 5 with that tumor in his chest, it seems that his indigestion of klaxosaur blood when Hiro was a kid has kickstarted the changes on his body. 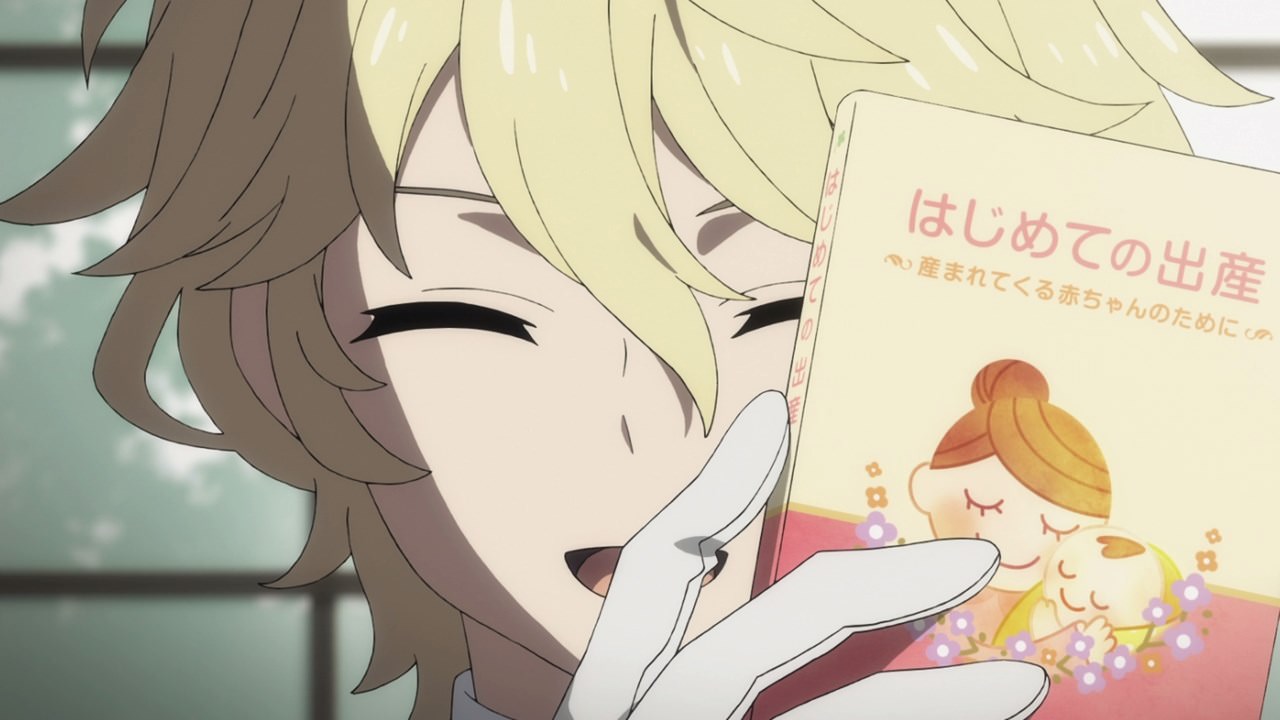 Now then, let’s focus on 9’α “Nine Alpha” as he found a book about reproduction, something that Papa banned it because they don’t want parasites to know about procreating as it’s reserved to adults. 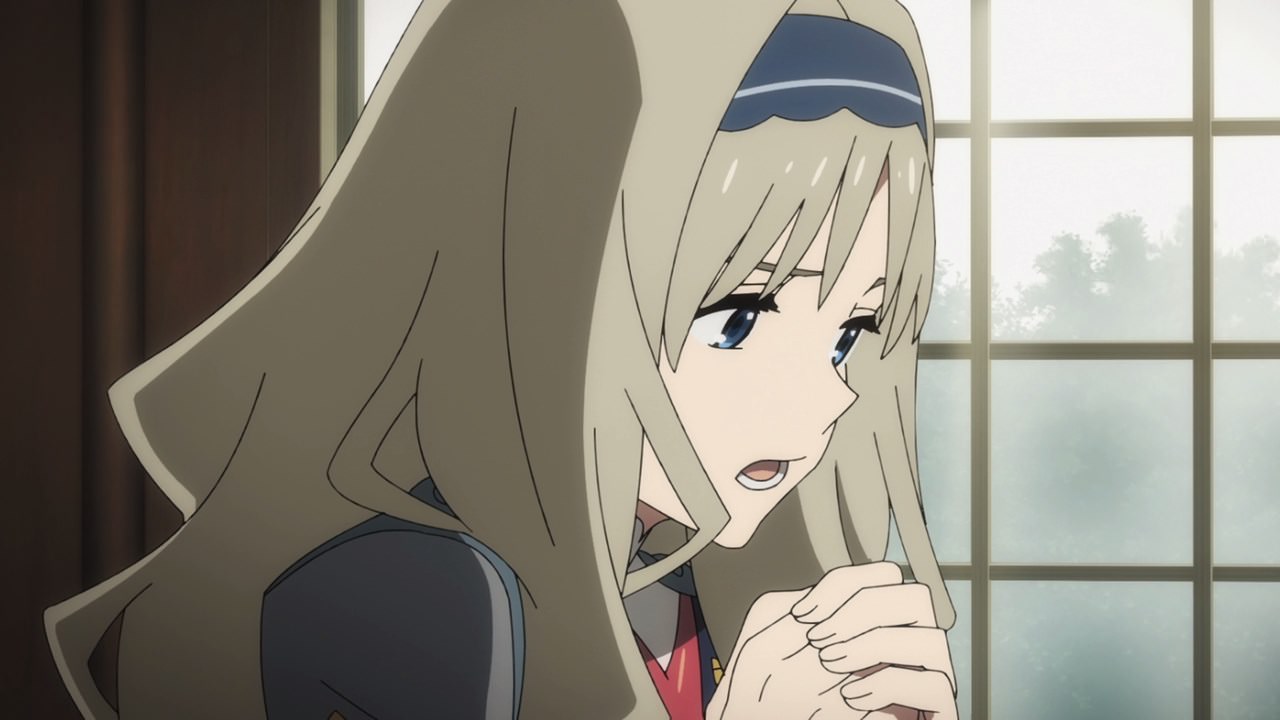 But for the likes of Nine Alpha, having sexual organs and emotions does absolutely nothing when piloting a FranXX. Wait, so the 9’s don’t have sexual organs? 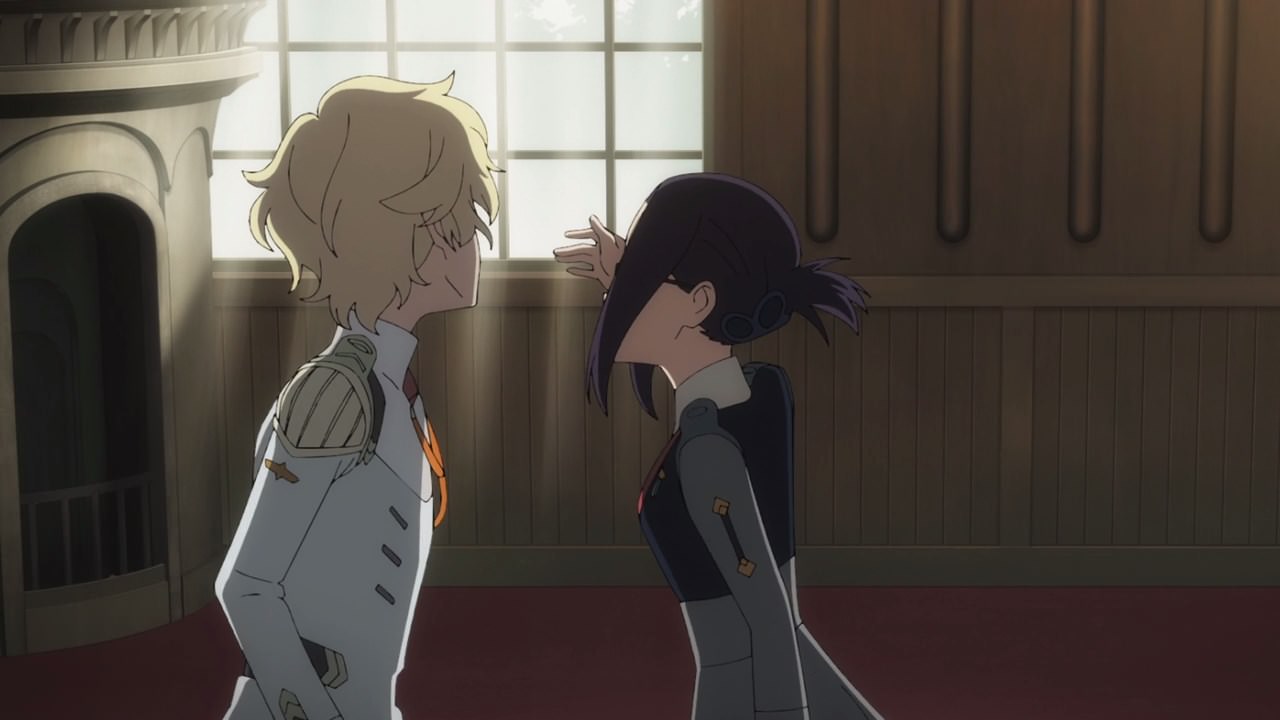 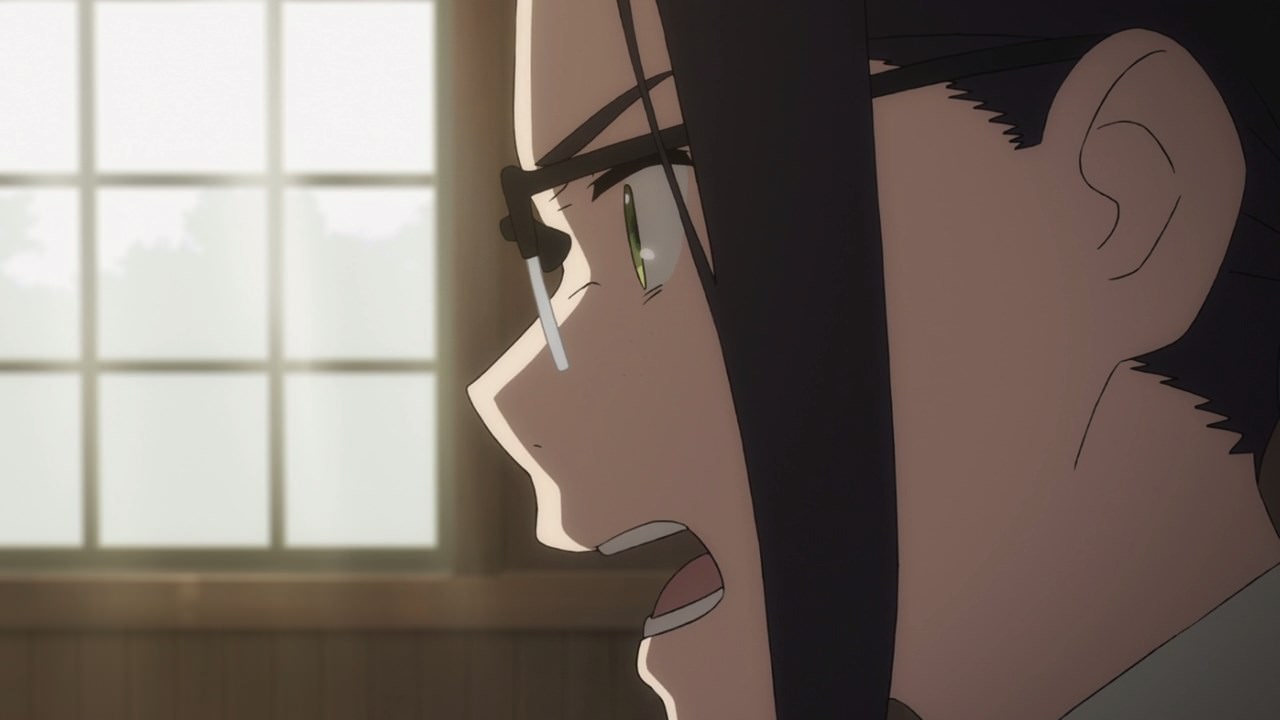 In any case, that doesn’t sit well for Code:196 “Ikuno” as she bitch-slapped 9’α “Nine Alpha” for badmouthing Code:556 “Kokoro”. Well, you show him that they maybe flawed, but they’re more human than the 9’s.

Eventually, Nana and Hachi stepped in to break both the 9’s and the parasites off from each other. 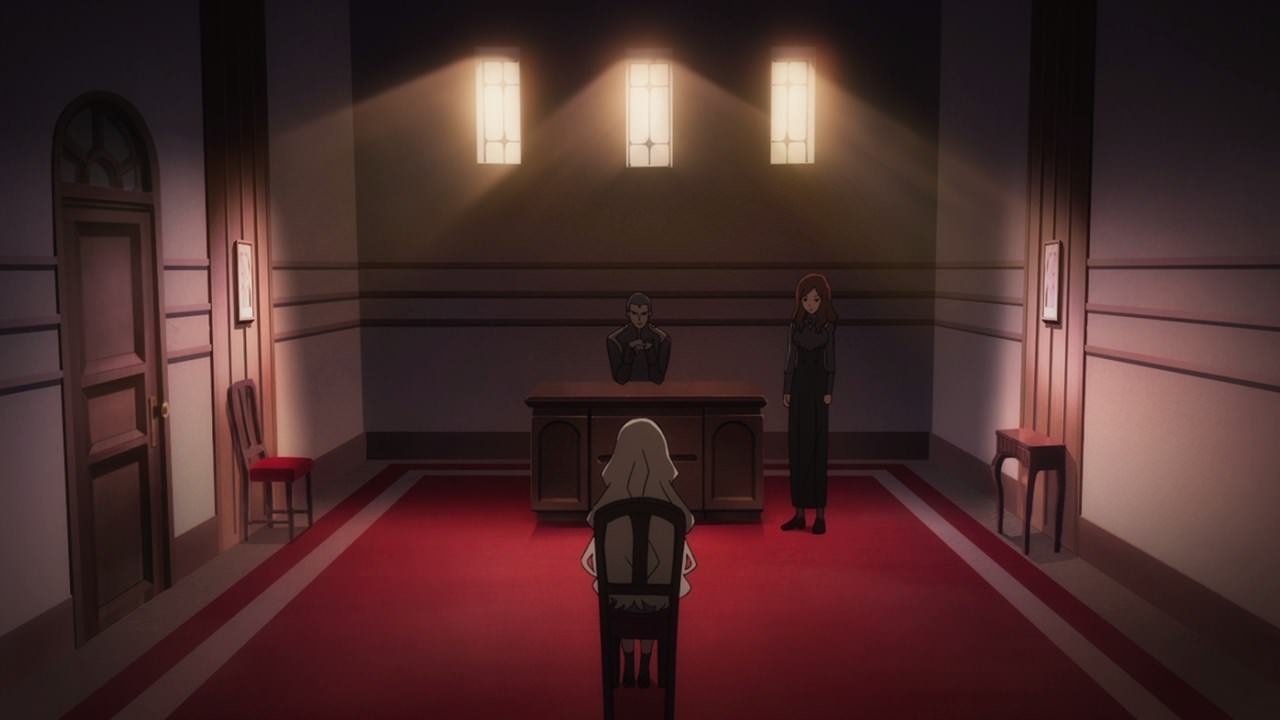 Anyways, both Nana and Hachi are interrogating Code:556 “Kokoro” for reading a forbidden material. Then again, how the hell did the caretakers overlook that when they want to put those kids at the dorms?

On the other hand, it turns out that it’s all part of a test by Dr. Franxx. Scratch that, the doctor is testing the parasites from Plantation 13 from the beginning as he’s curious to what the future holds for them. Come to think of it, is Dr. Franxx trying to turn those kids into independent humans who can take care of themselves? We’ll never know until later… 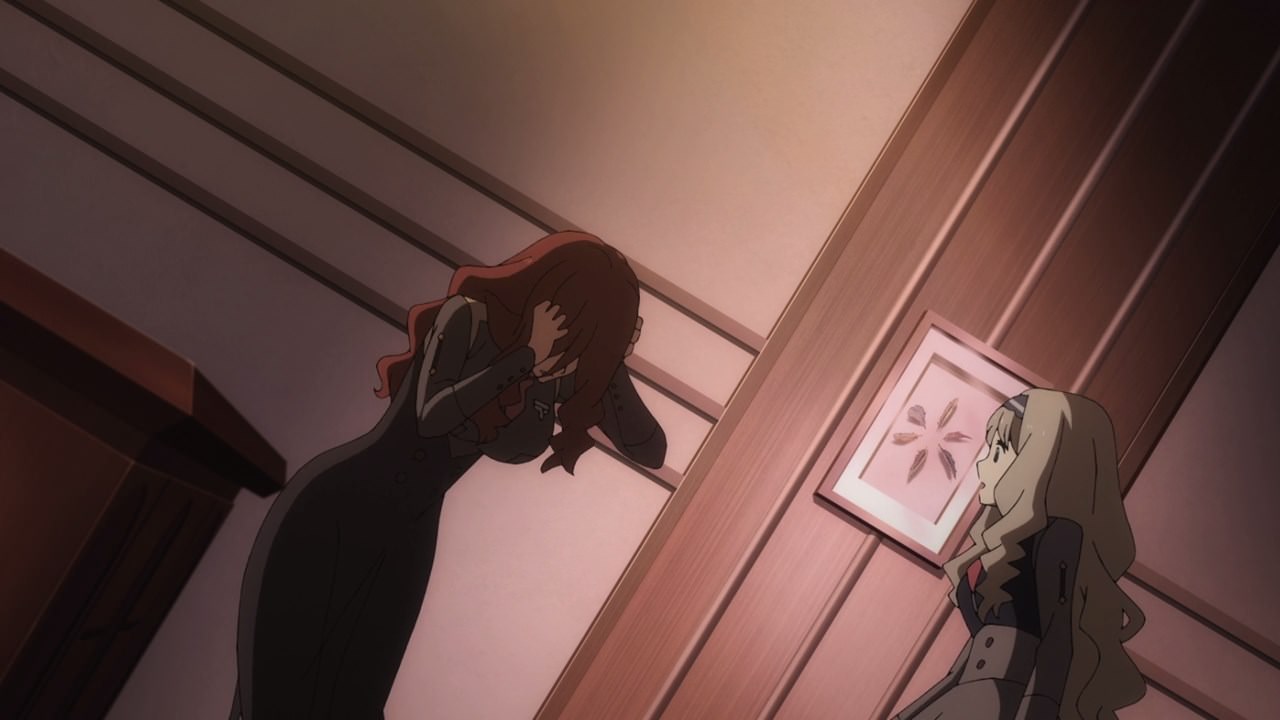 But let’s take focus on Nana as she’s having a headache for unknown reasons. It later turned out that she’s having puberty. Wait, at her age?

Hmm, I have a feeling that deep down, both Nana and Hachi are actually teenagers. 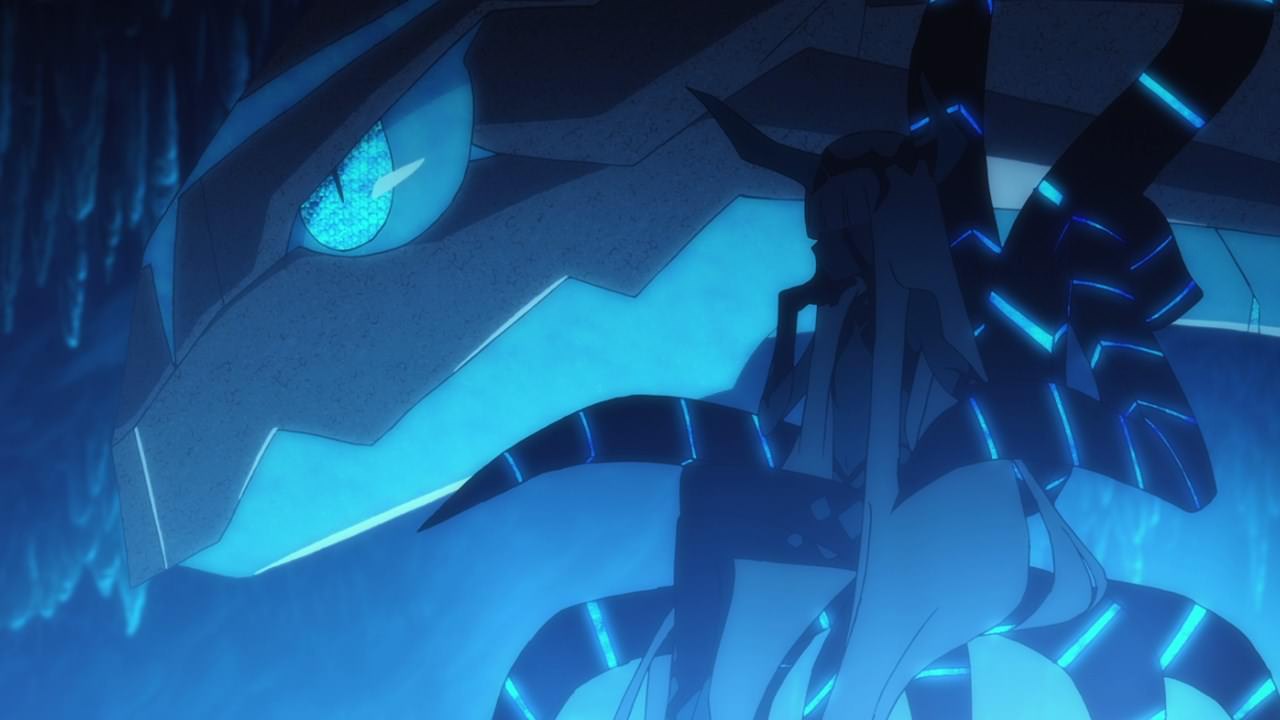 Meanwhile, let’s check on the klaxosaur princess as she got some unwanted guests… 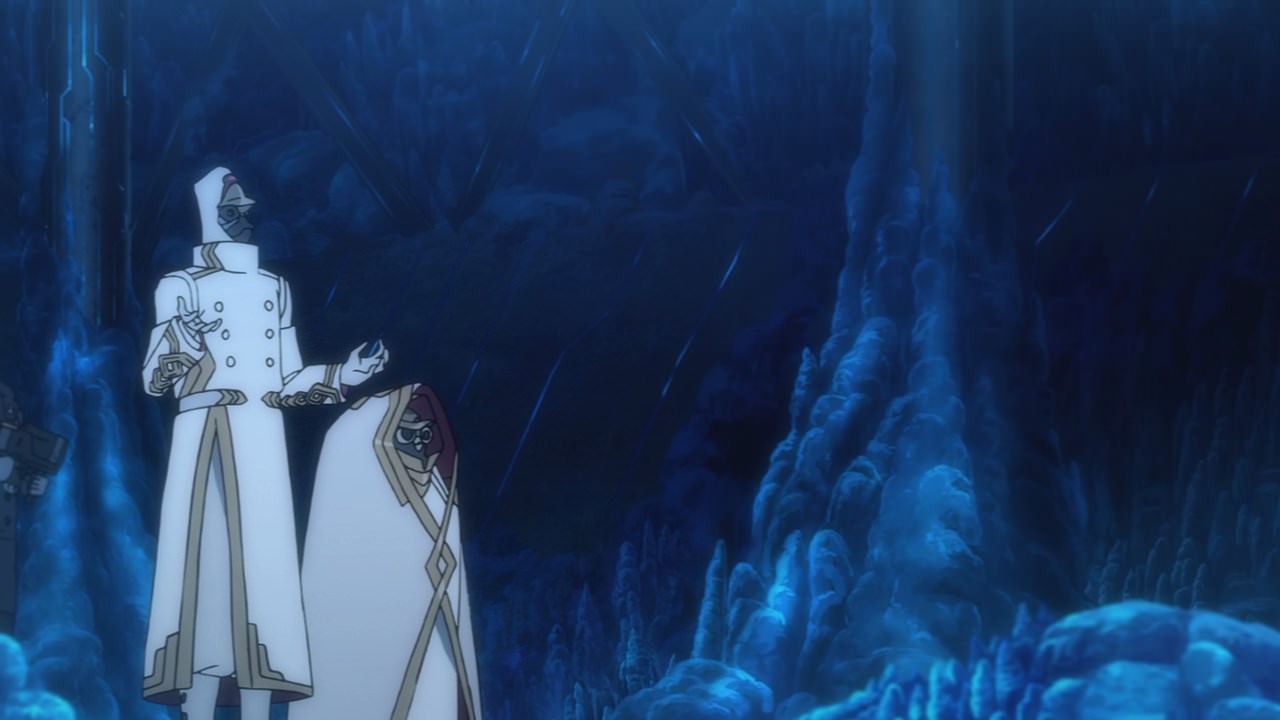 …specifically the members of APE’s nebulous council as they offered her to surrender.

We don’t know what they’re planning to do towards the princess after she surrenders, but I don’t think that she’ll do it as they please. 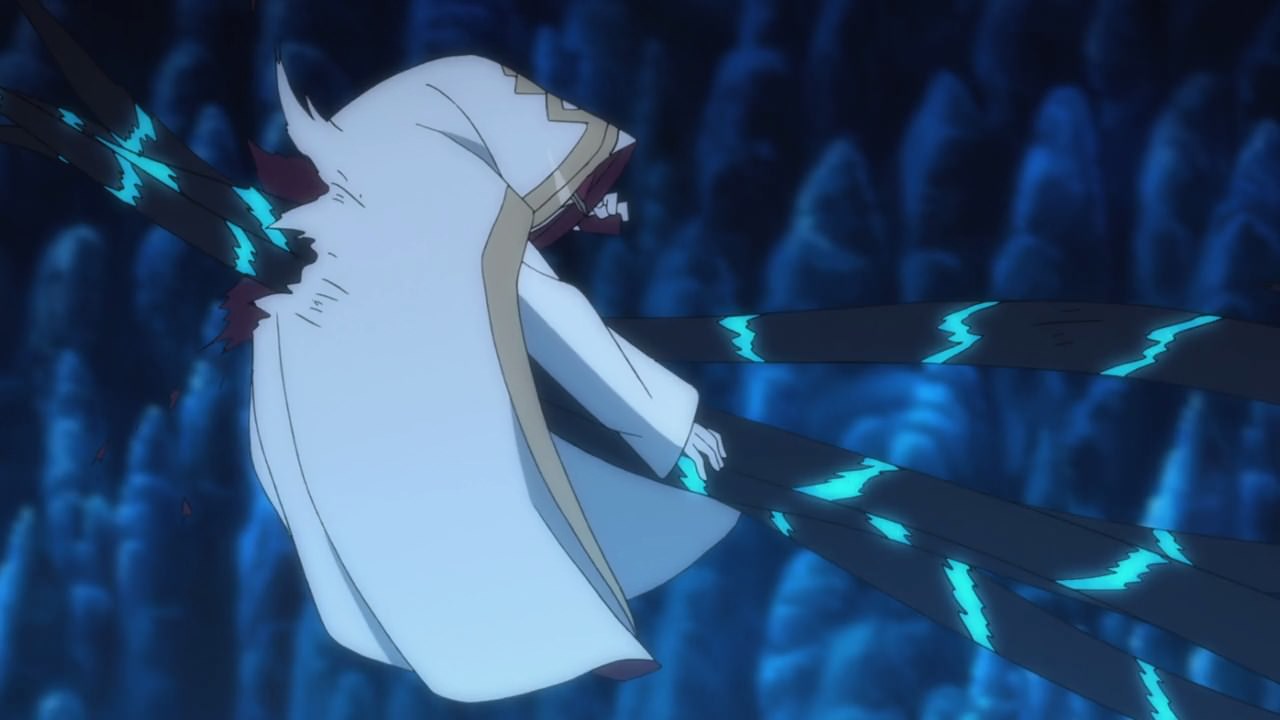 So, the klaxosaur princess declined their offer and killed both members of the nebulous council and their bodyguards. Well, that was expected from the leader of the klaxosaurs. 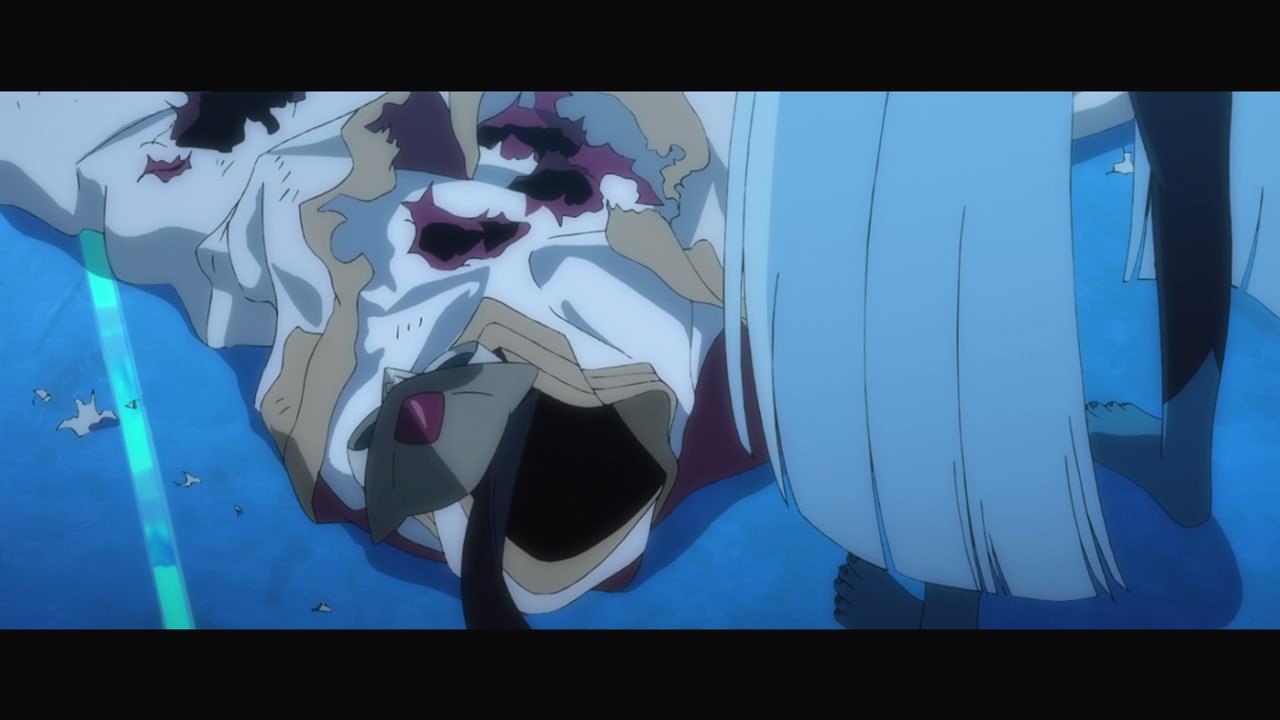 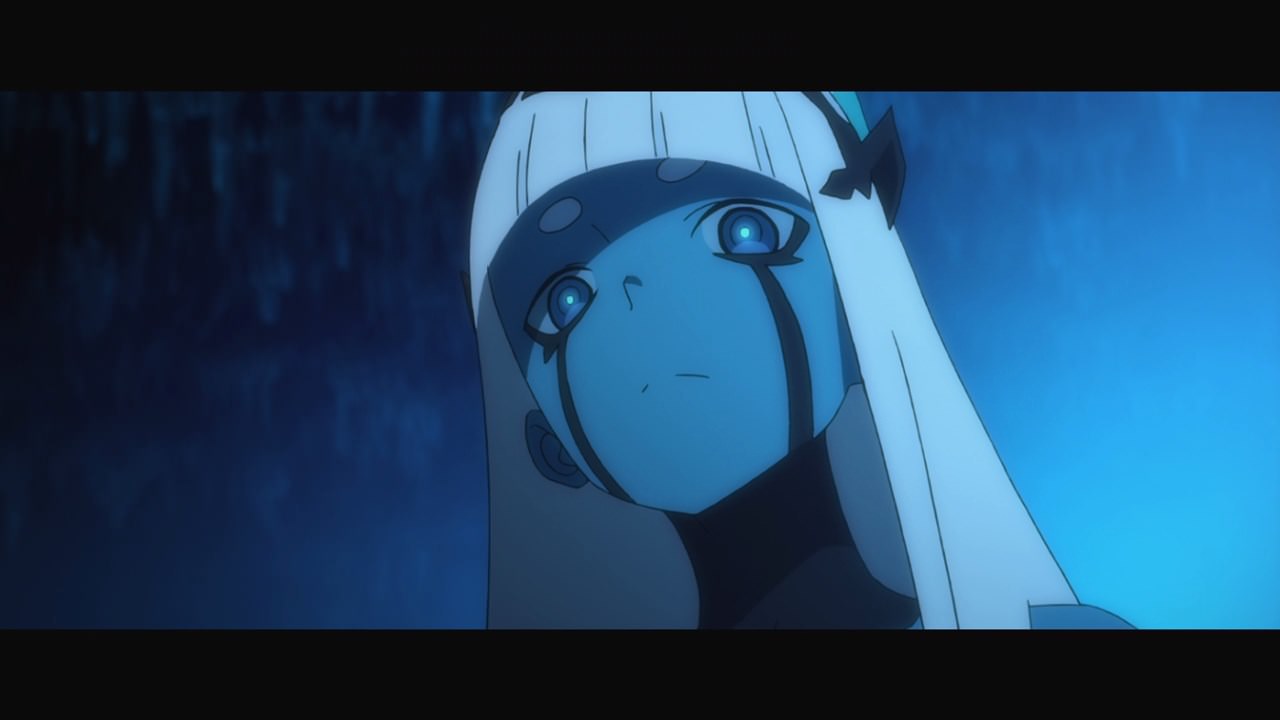 And when the princess inspect their corpses, it reveals something interesting as she commented that they’re human wannabes.

Hmm, could it be that Papa and the rest of the council are not human to begin with? If so, are they klaxosaurs in disguise or maybe they’re robots? Regardless, I feel that APE will most likely become the antagonists. 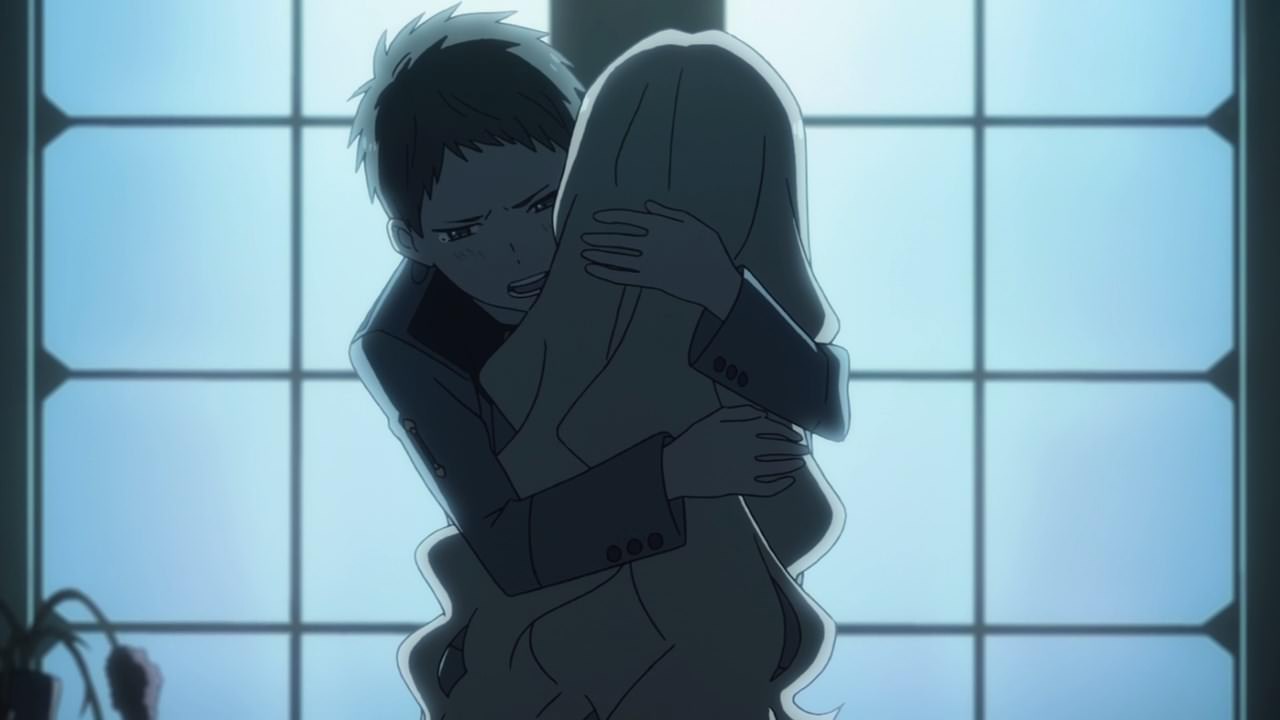 And now we go back to Mistilteinn as Code:326 “Mitsuru” told Code:556 “Kokoro” to lean on him more because he’s somewhat develop some feelings to her. 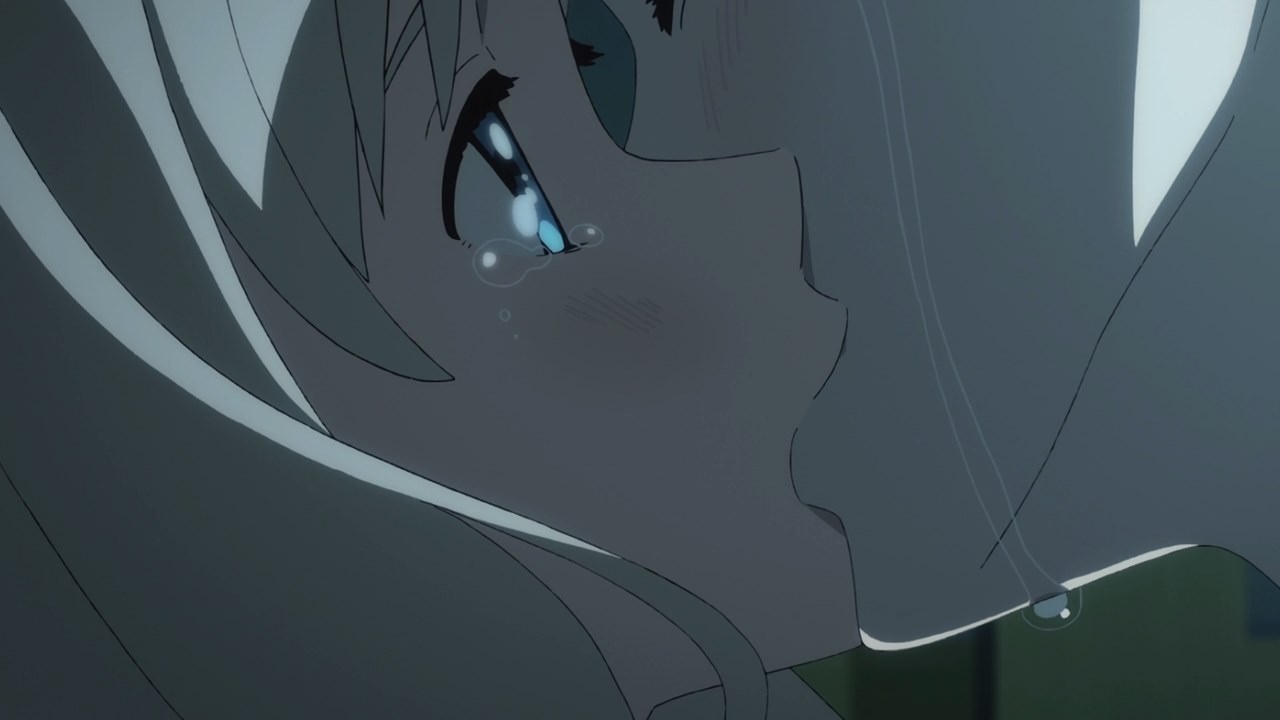 Eventually, Mitsuru kissed Kokoro in the lips, which means that he’ll be the one who’ll make her happy. Sorry Code:214 “Futoshi”, but your partner is completely taken away from you!

Well, I must say that this episode is the most interesting of all as we have Kokoro who is interested in sex and not only that, but Mitsuru has changed from the aloof guy into something more likable at the expense of Futoshi’s happiness. Poor chap, he got cucked completely hard! Still, I’m hoping that they’ll survive in the end. 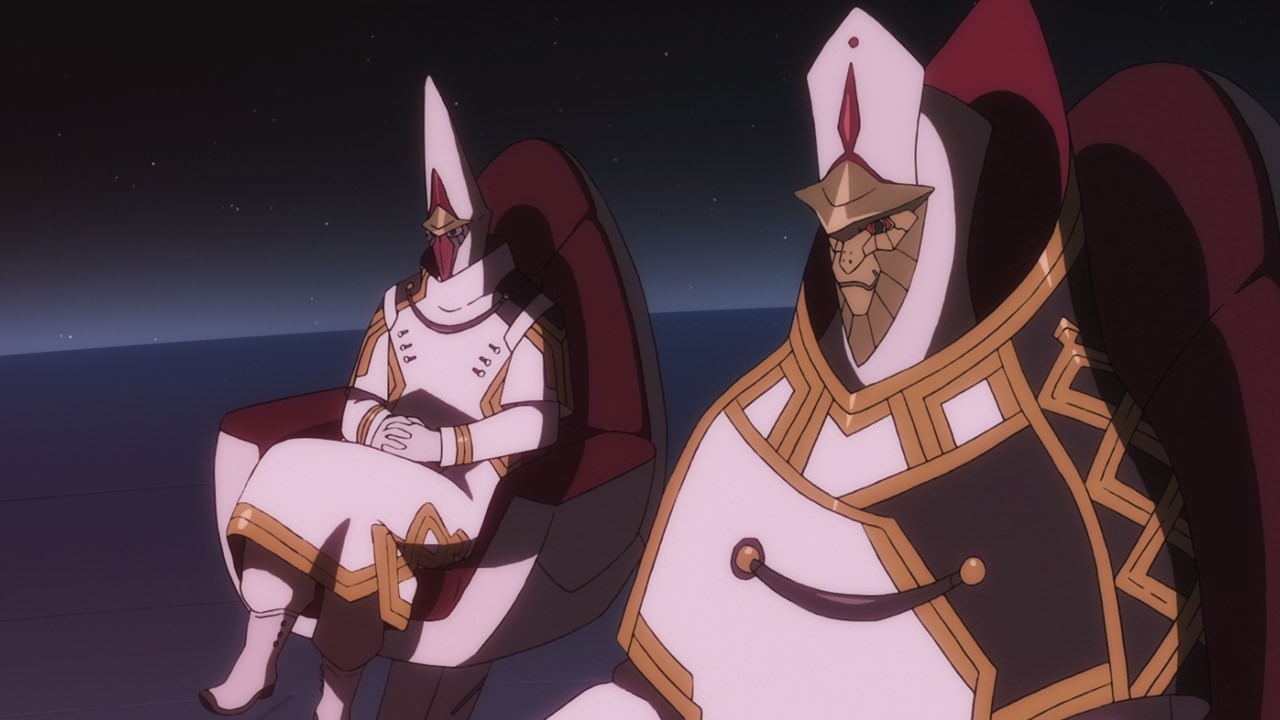 However, Papa and the remaining council members have decided that it’s better off destroying the entire planet in order to defeat the klaxosaurs once and for all, as well as the parasite and they’re a pain in the ass to take care of them anyway. I mean, they could rebuild civilization in space, right?

Then again, the problem is that where they could find humans to procreate and rebuild civilization? Unless of course that they don’t like humans at all since Papa and the rest might not be human to begin with. Oh, and let’s not forget about the 9’s as they too are not humans as they might not have reproductive organs.

And now, let’s end this week’s episode as both Code:326 “Mitsuru” and Code:556 “Kokoro” did the deed. Yes, the had sex ’cause Kokoro wants to have babies remember?

Anyways, I’ll see you on the next episode and I’m hoping that there won’t be a character who’s about to die soon…