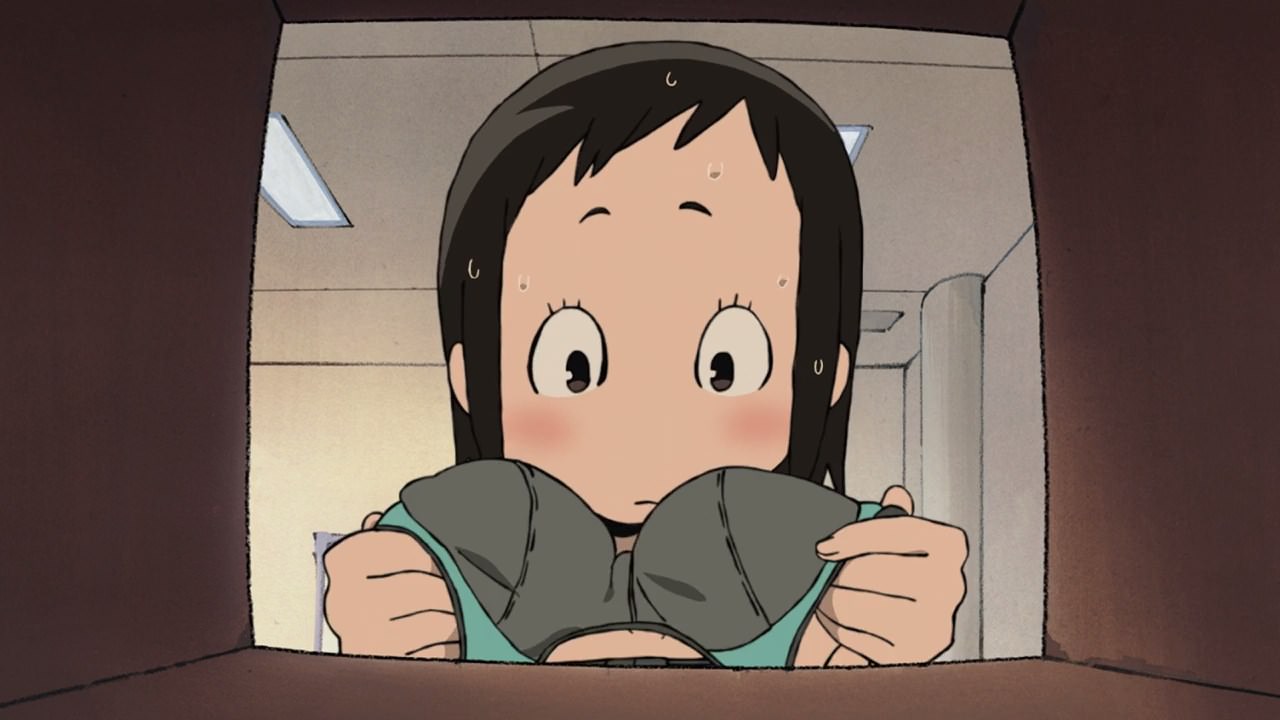 On this episode, seems that Hisone Amakasu found a bra that’s bigger than her breasts.

It turns out that it belongs to Eru Hoshino and- Wait, she’s not wearing a bra!? 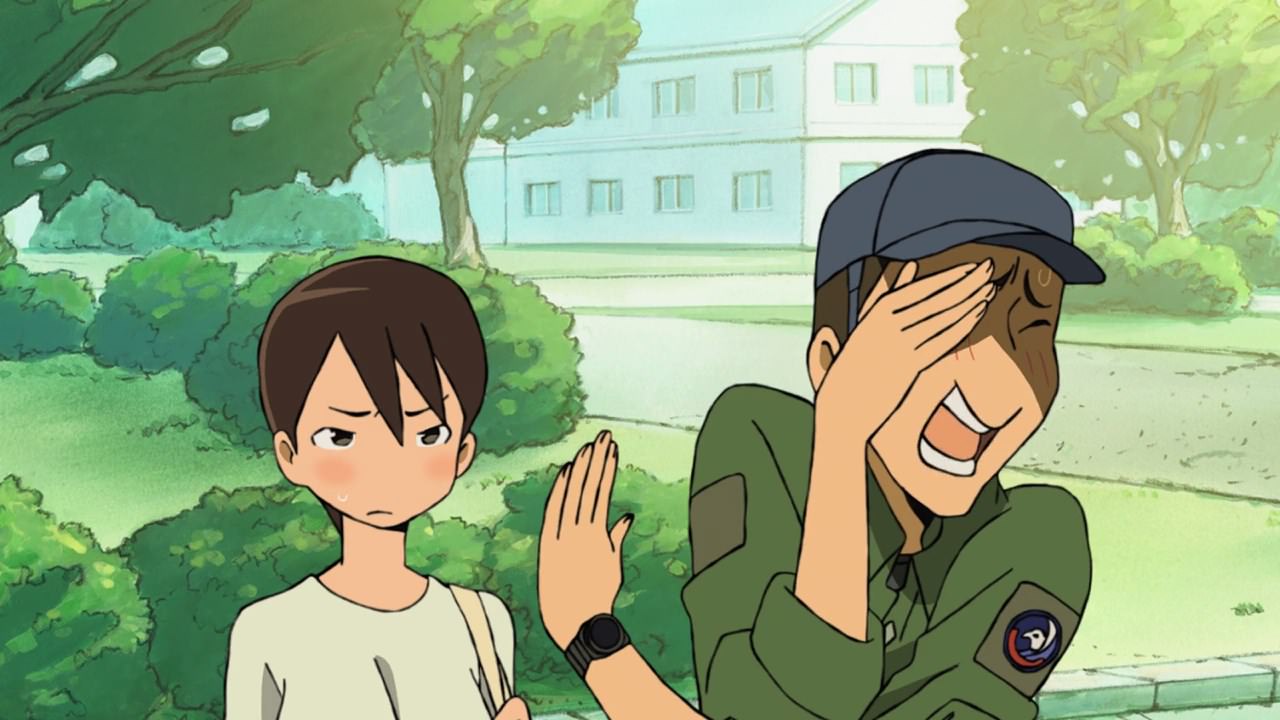 Then again, Zaitou wants to see Hoshino’s bare tits since she’s not wearing anything underneath her shirt. That’s a red flag for sexual harassment coming from Zaitou. 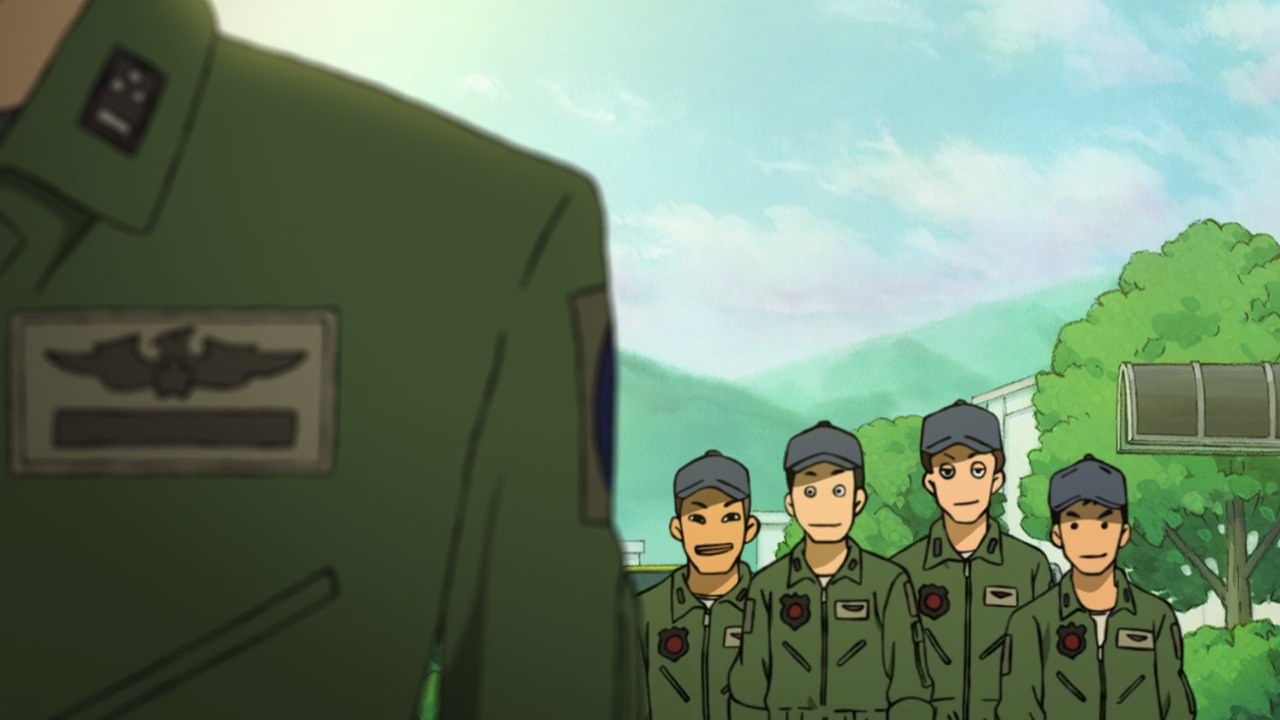 And here’s some of his wing-mates as they want to see if their flight leader has successfully hit on Hoshino or not. 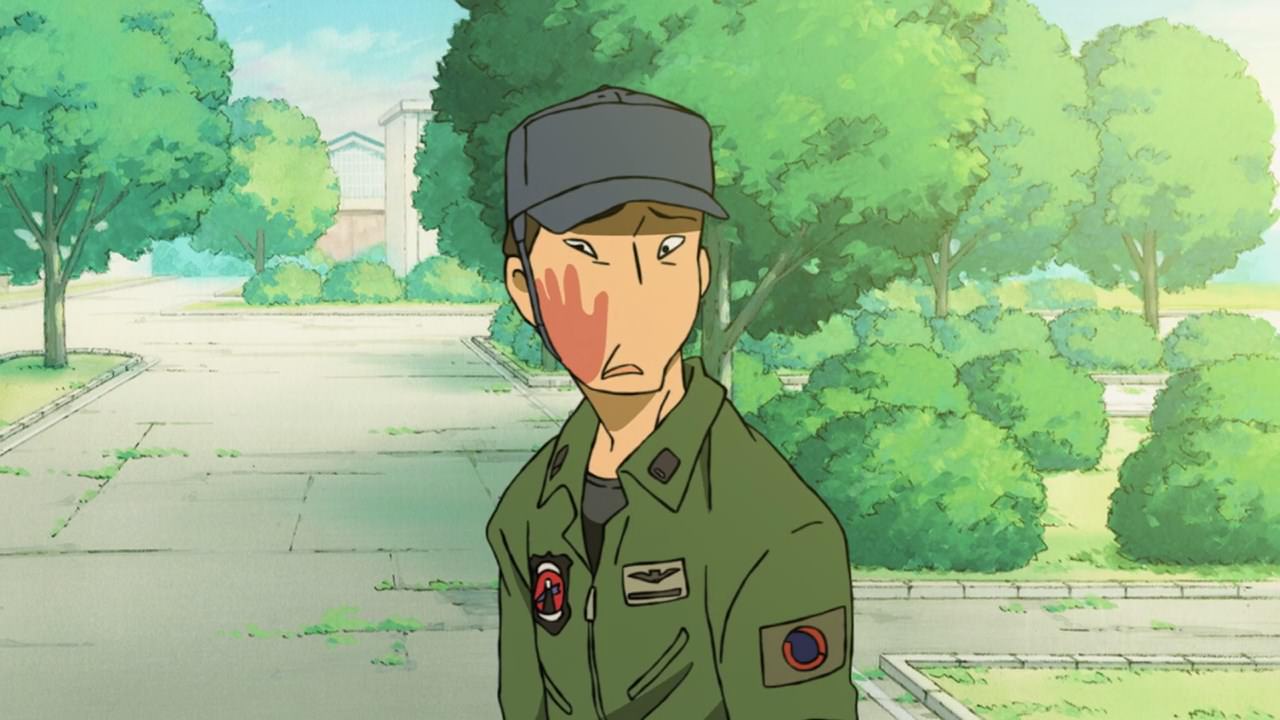 Well, it’s the opposite as Flight Leader Zaitou got the hit instead or rather a slap to the face. That’s what he get for sexually harassing Eru Hoshino! 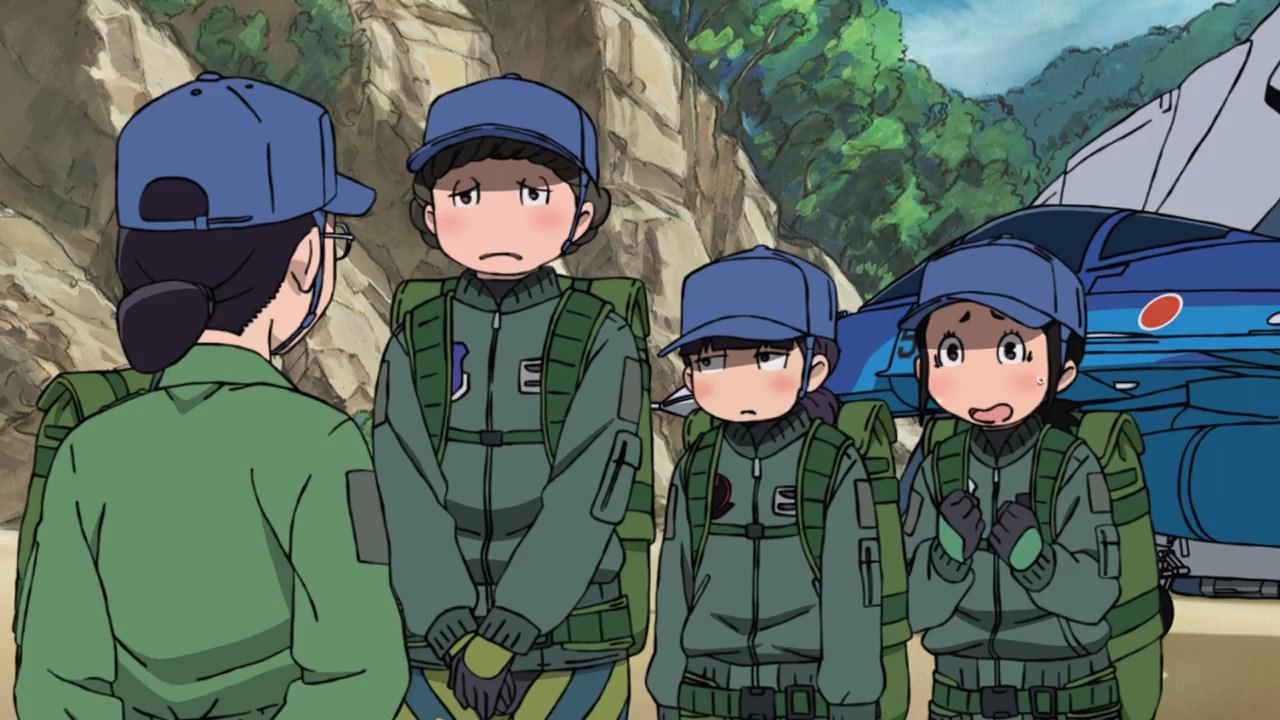 Now then, it’s time for the D-Pilots to do another exercise as Lieutenant Colonel Remi Kakiyasu explains that they’ll have to survive for a week and try to get out of this uninhabited island using their Organic Transporting Flyer.

Failure to do so for a week will not only have the JASDF rescue them by force, but they’ll lose their D-Pilot license which means that the likes of Hisone Amakasu, Mayumi Hitomi, and Ririko Kinutsugai will be useless without a ride. Well, except for Eru Hoshino which she wants to be a real fighter pilot, but then again her attitude needs a drastic change.

By the way, Lieutenant Colonel Kakiyasu with rations for 3 days which is enough for them to convince their OTFs to fly back home. 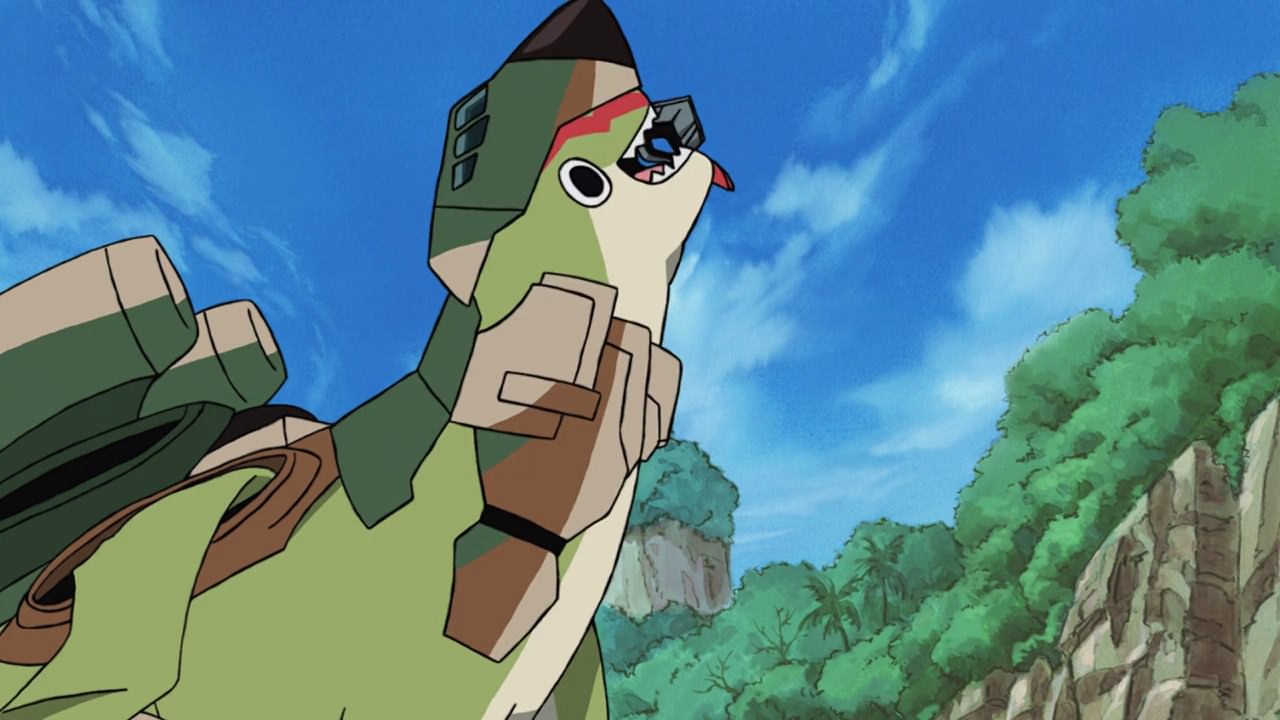 On second thought, forget about the rations as Mayumi’s Futomomo ate all of them, leaving the D-Pilots to search for food within the island.

Of course, the problem will be finding fresh water since they can’t drink salt water. Or if they’re desperate, they can perform a rain dance as Ririko Kinutsugai will do it, albeit with little chance of rain to happen in the island. 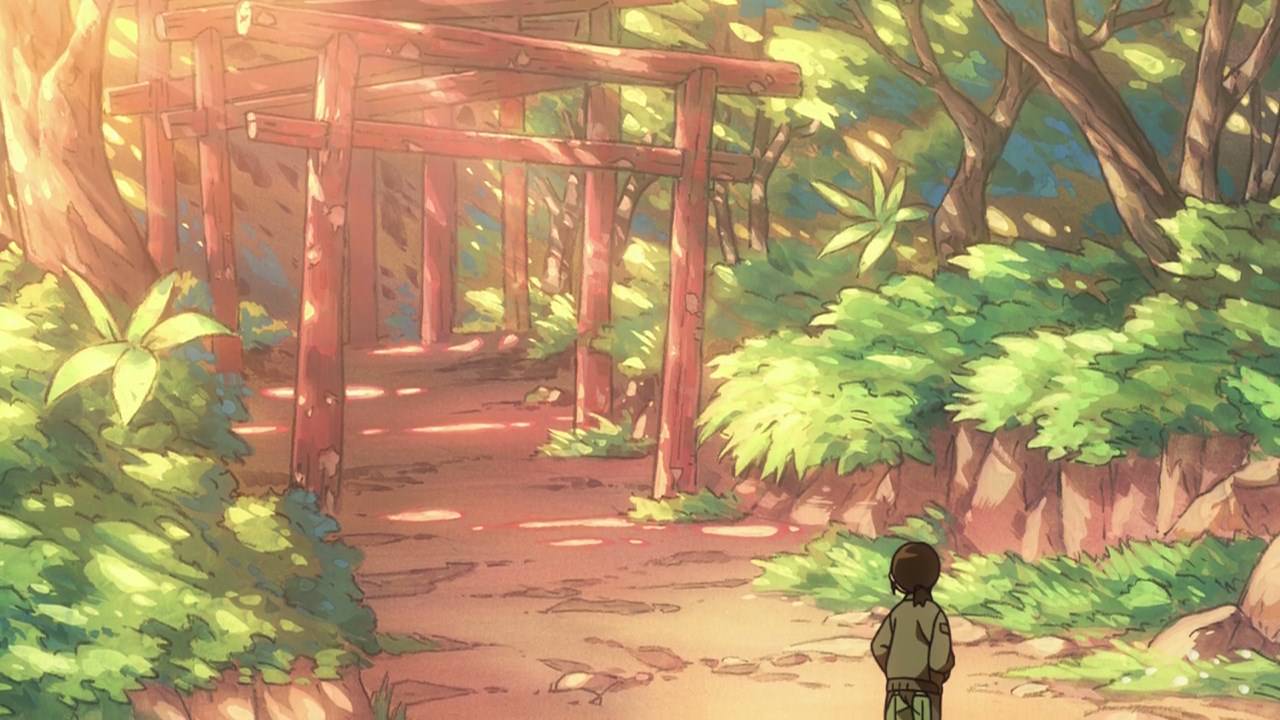 Meanwhile, seems that Hisone Amakasu stumbled upon a torii gate in which she went through it. Could it be that there’s a shrine somewhere? 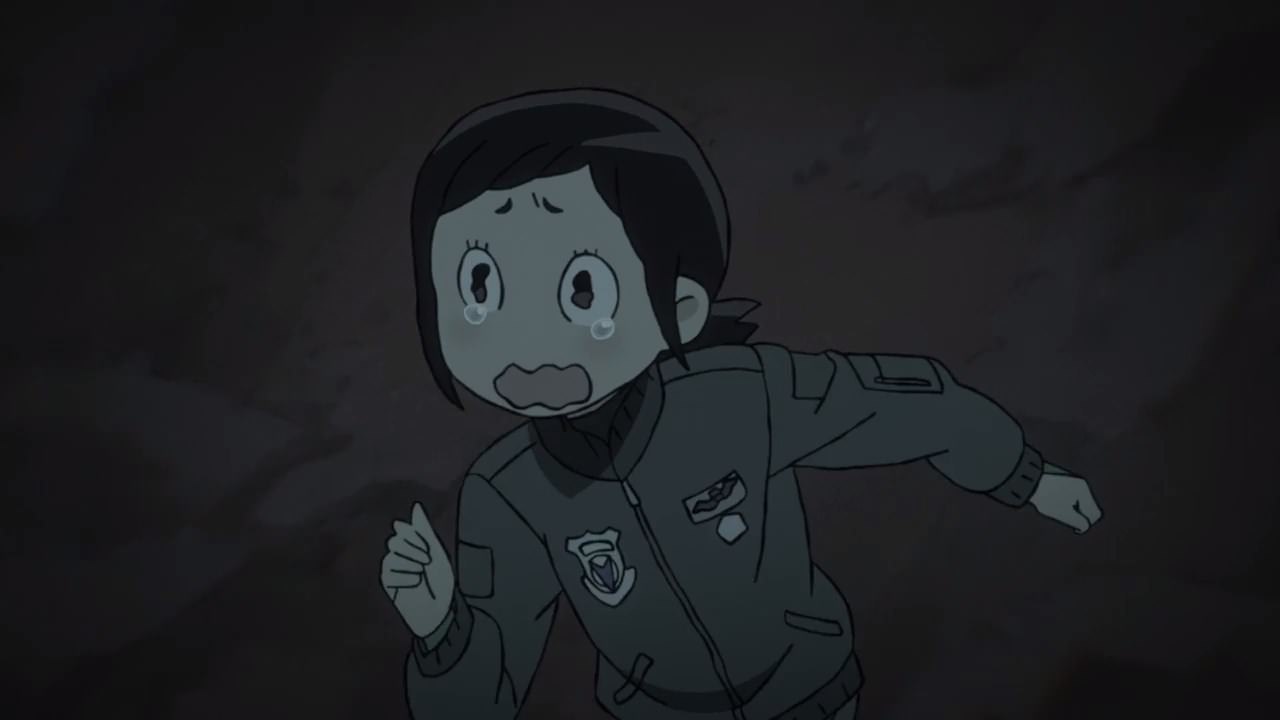 In any case, Hisone continued walking towards the torii gates and into the cave tunnel aimlessly. Let’s hope that this is not the path straight to the afterlife. 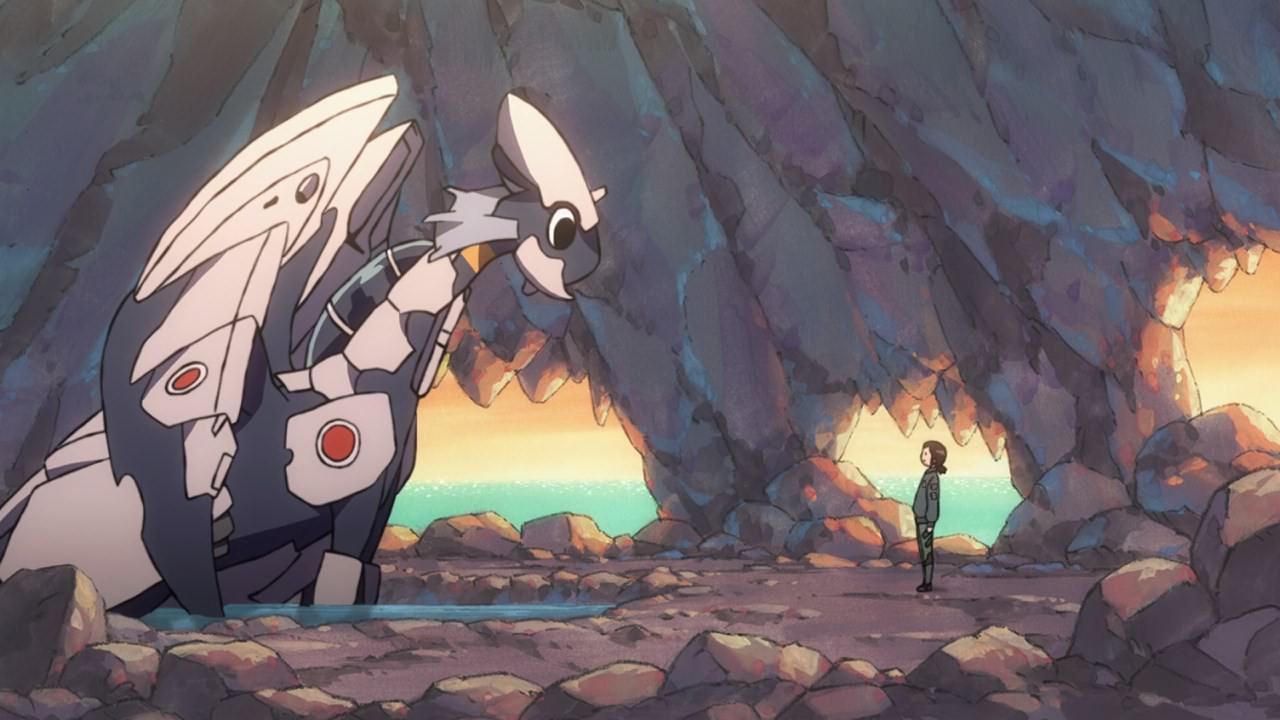 Just kidding, seems that Hisone got out of the tunnel where she not only saw Maso-tan, but she found a pond full of fresh water, perfect for drinking instead of performing a rain dance that’ll take hours to summon it. 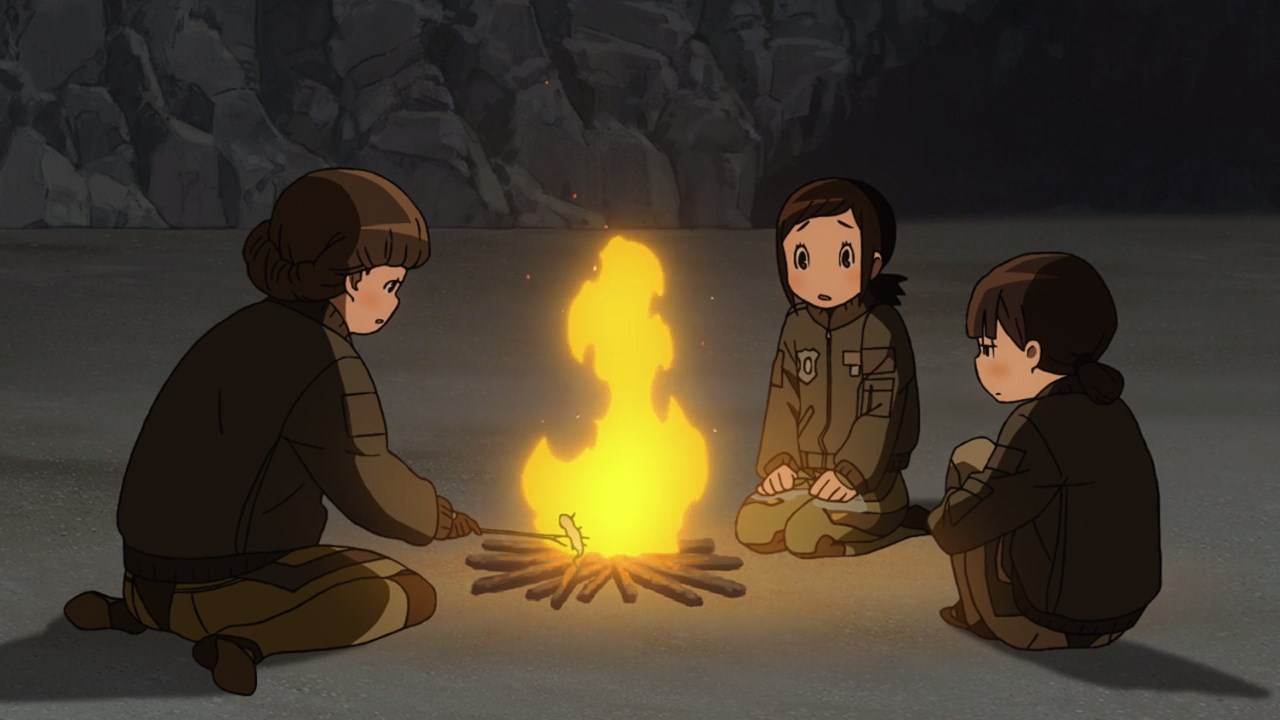 Now then, looks like they need to work together to not only survive in this uninhabited island, but to convince their OTFs to fly back home. 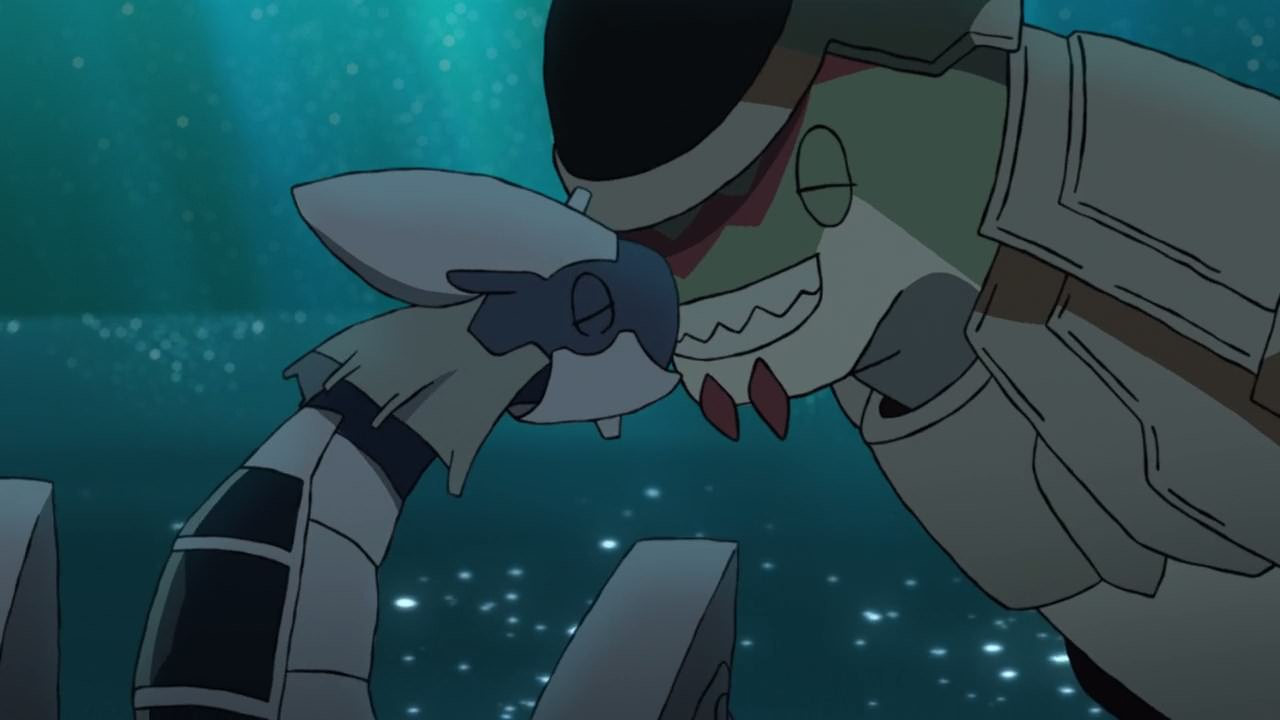 Then again, it seems that the D-Pilots will have to leave their OTFs alone for a while as Maso-tan and Futomomo are playing at the moment.

But as for Eru Hoshino, this will be a problem as her F-2 won’t fly and really, the only thing she needs to change is herself because Eru is not opening her heart to her Organic Transporting Flyer. 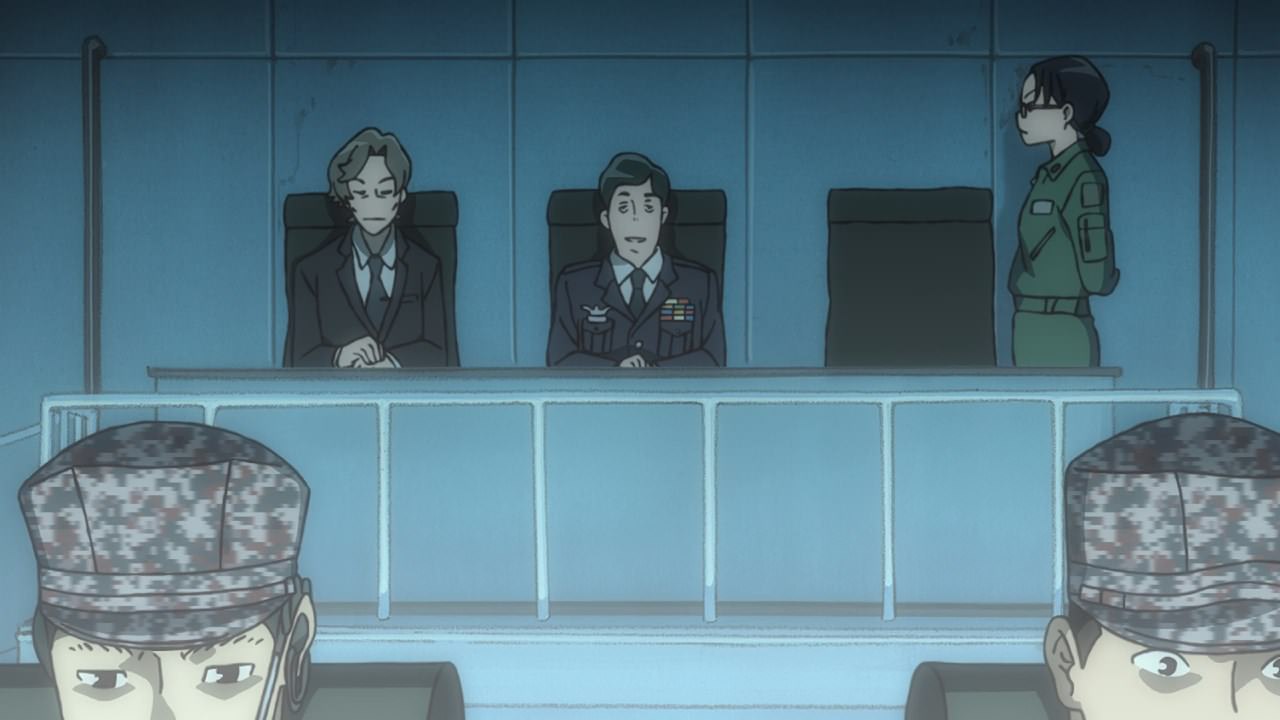 Meanwhile, here’s both Administrative Vice-Minister Iiboshi and Commander Hiroshi Sosoda as they monitor the D-Pilot’s activities using drones. However, Lieutenant Colonel Remi Kakiyasu is concerned that Eru Hoshino not recognizing her OTF will be a problem as time is running out.

With that said, I’m hoping that they’ll get out of this island on the next episode. I mean, who wants to lose their D-Pilot licence forever?