Well, it appears that Marquis Bernand Durum shouldn’t mess with the Marquis of Jalucia as Alexis Doucet shows that he’s not a fool on the battlefield. Seriously, his soldiers are slaughtering Lord Dawson’s troops without remorse. 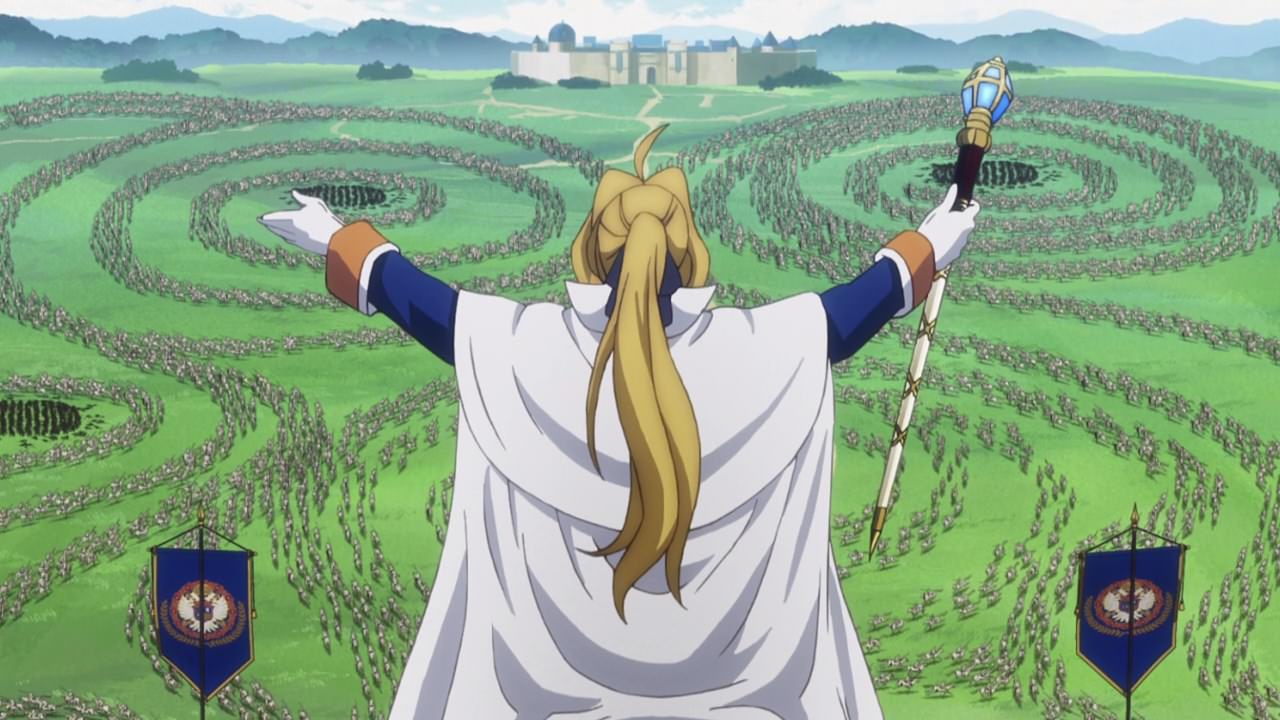 Oh and to give you an idea, here’s what’s happening as the castle that Lord Bernand resides is surrounded by Alexis Doucet’s troops and given that his forces are larger in numbers, this battle has already decided in Alexis’ favor. 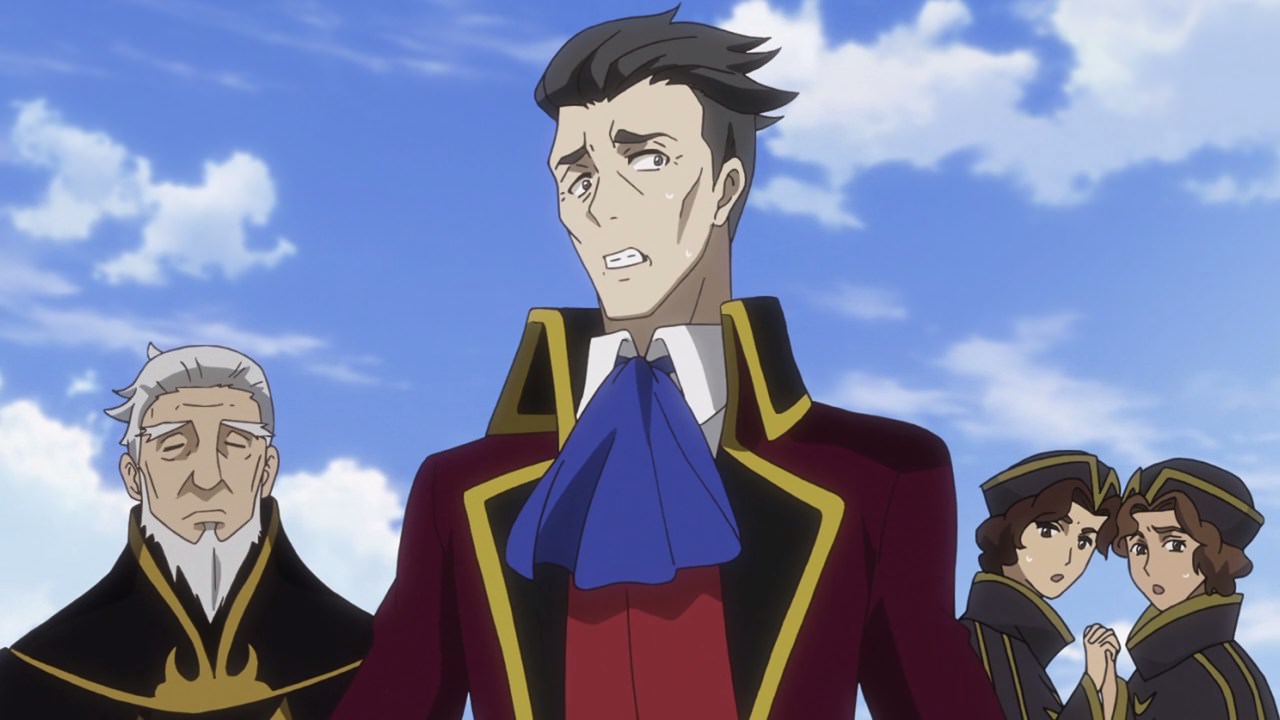 Well guys and girls, looks like this lord got his comeuppance as Marquis Bernand Durum is defeated.

Everything will be stripped from him and seriously, never mess with Marquis Alexis Doucet when he’s seriously angry! 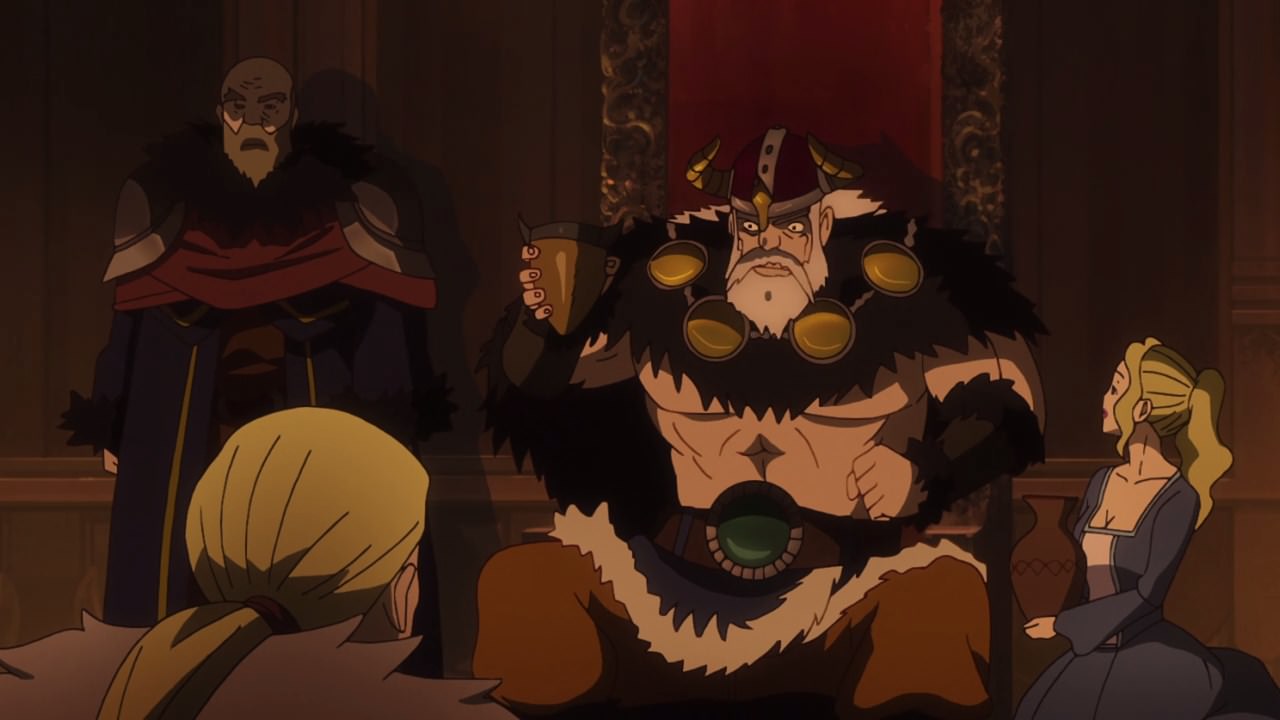 Meanwhile, the Sea King Erik of Nord found out about Marquis Alexis Doucet’s accomplishments on the battlefield and decided to move out.

Sure that they are stronger during naval battles, but King Erik shouldn’t underestimate Marquis Alexis’ capabilities as a commander… 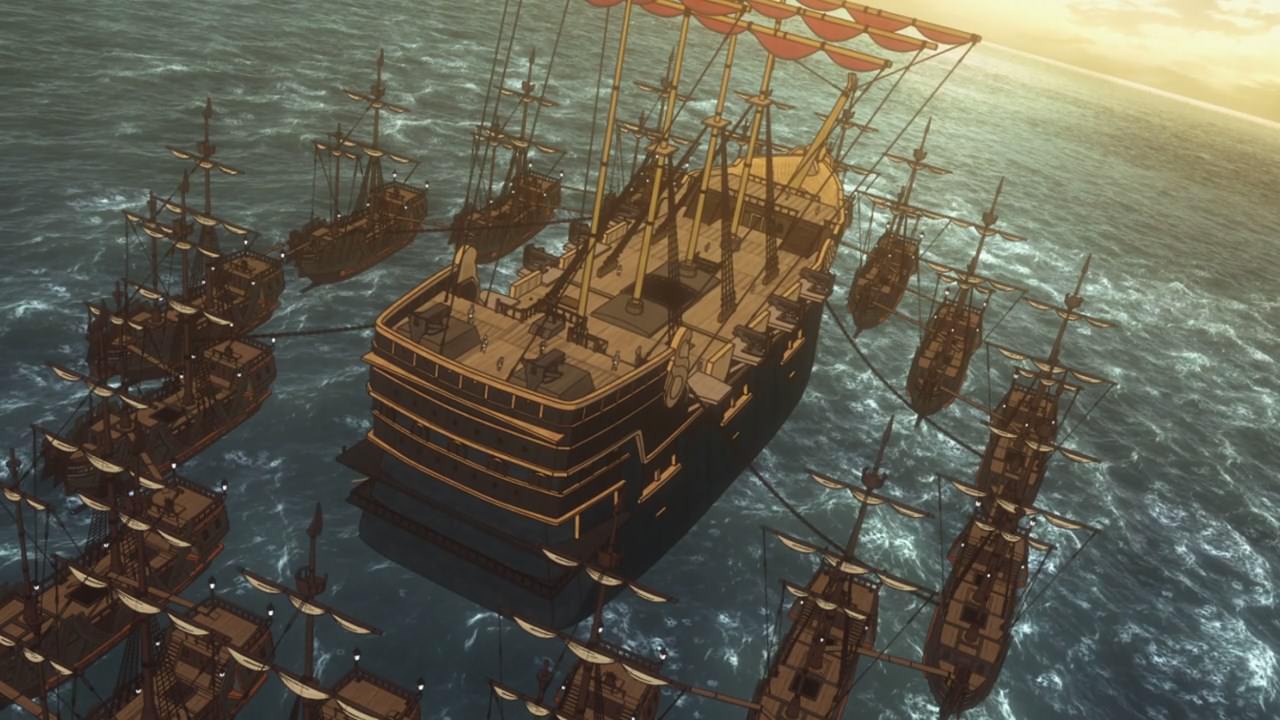 …especially when he brought his ironclad ship which is being surrounded by smaller ones.

Just to let you know that the vikings are known for raiding other ships, so Marquis Alexis Doucet is taking precautions on not letting his ship take over by the Nords. 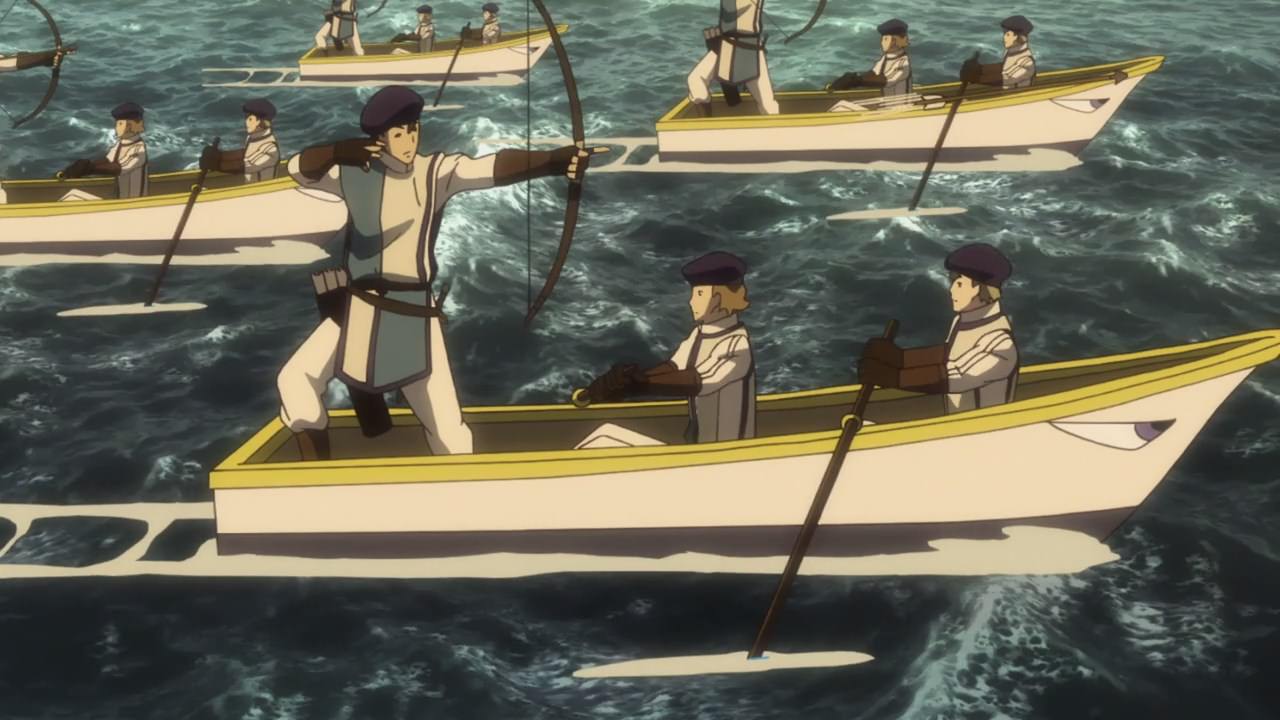 So, Alexis’ strategy is to wear the Nords down by sending rafts full of archers which they rain arrows at them. 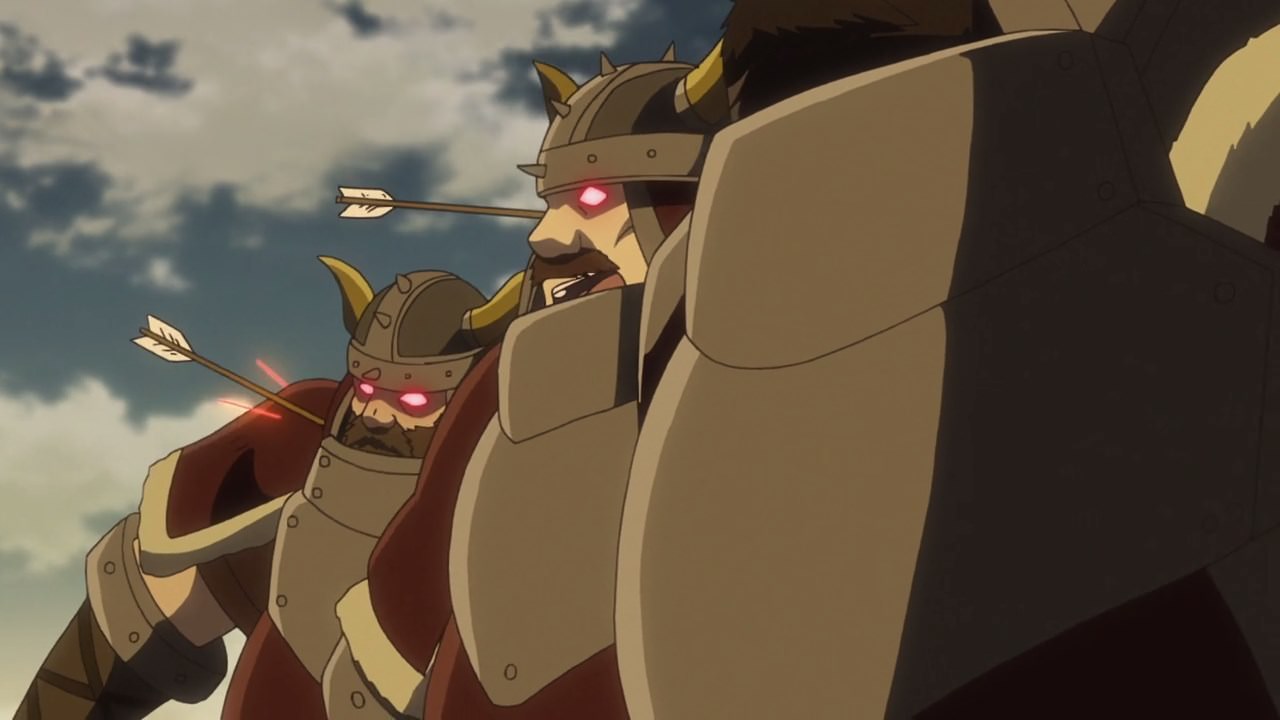 Unfortunately, the vikings from Nord are resilient when it comes to pain as their berserker-like nature will continue them to fight until their bodies broke down. 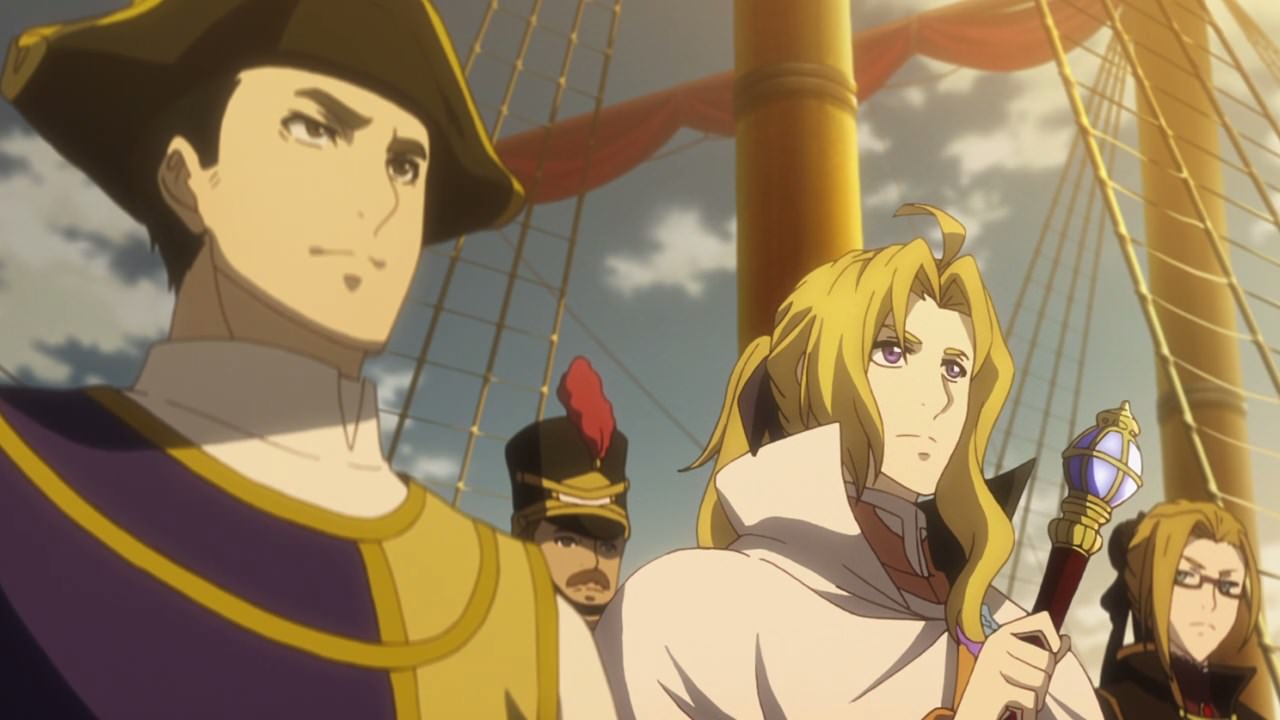 That poses a problem for Alexis Doucet as the Nords are closing into his ironclad ship. So what will he do to stop King Erik and his vikings? 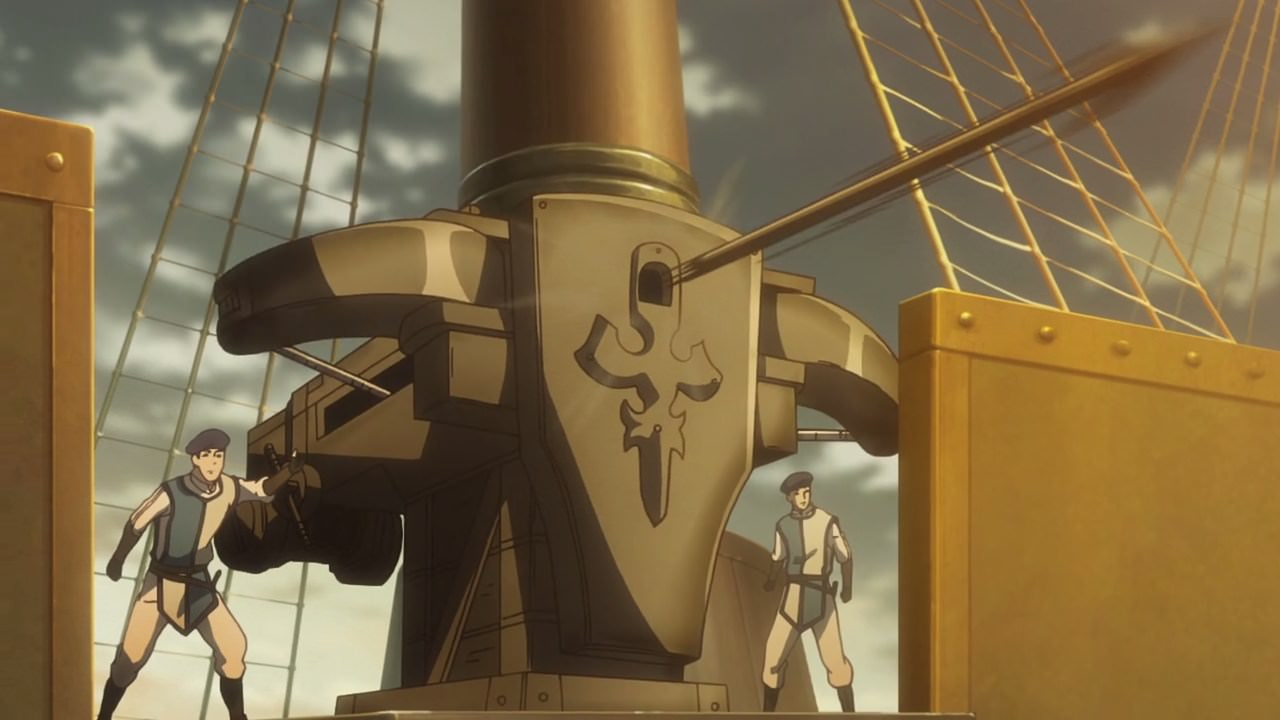 Well, since Alexis has his ironclad ship, why not he put it to good use as the ship fired heavy bolts at them. 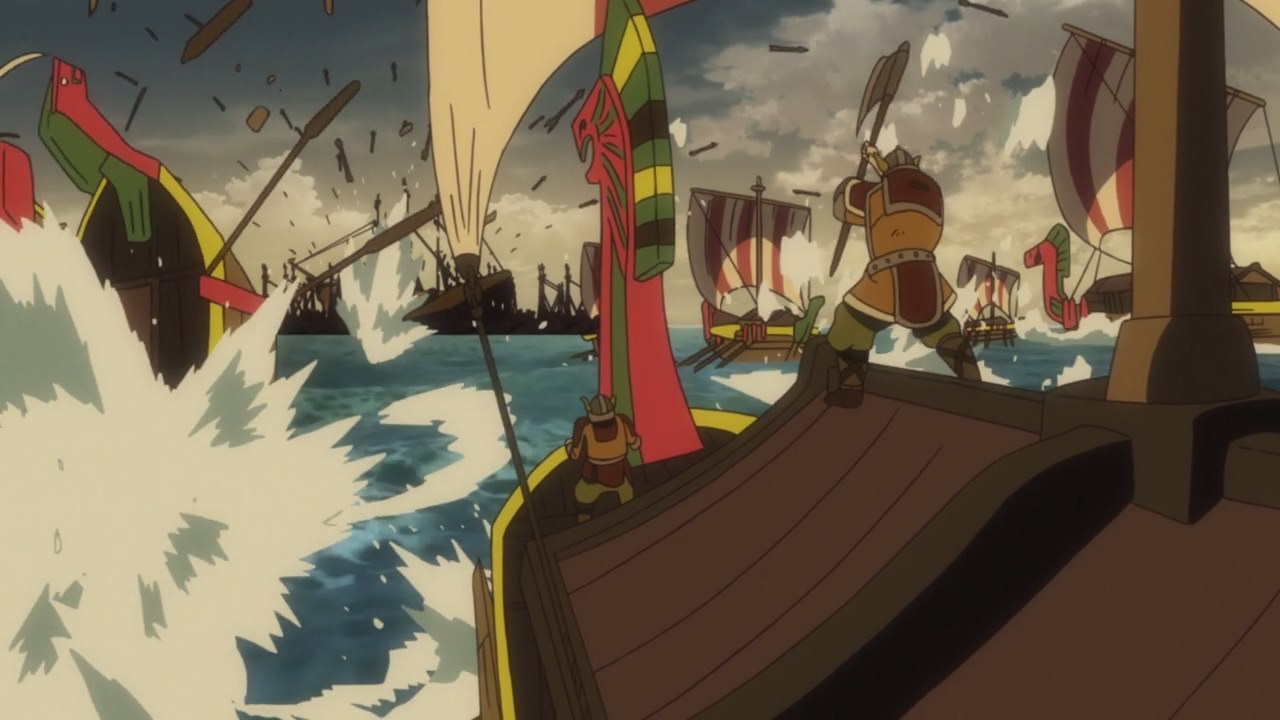 And as you can see, the Nordic ships couldn’t stand a chance due to their weak hulls. Sure that they’re faster, but they’re outmatched when it comes to armor.

Anyways, seems that the Marquis of Jalucia and his forces are gaining the upper hand on this naval battle. 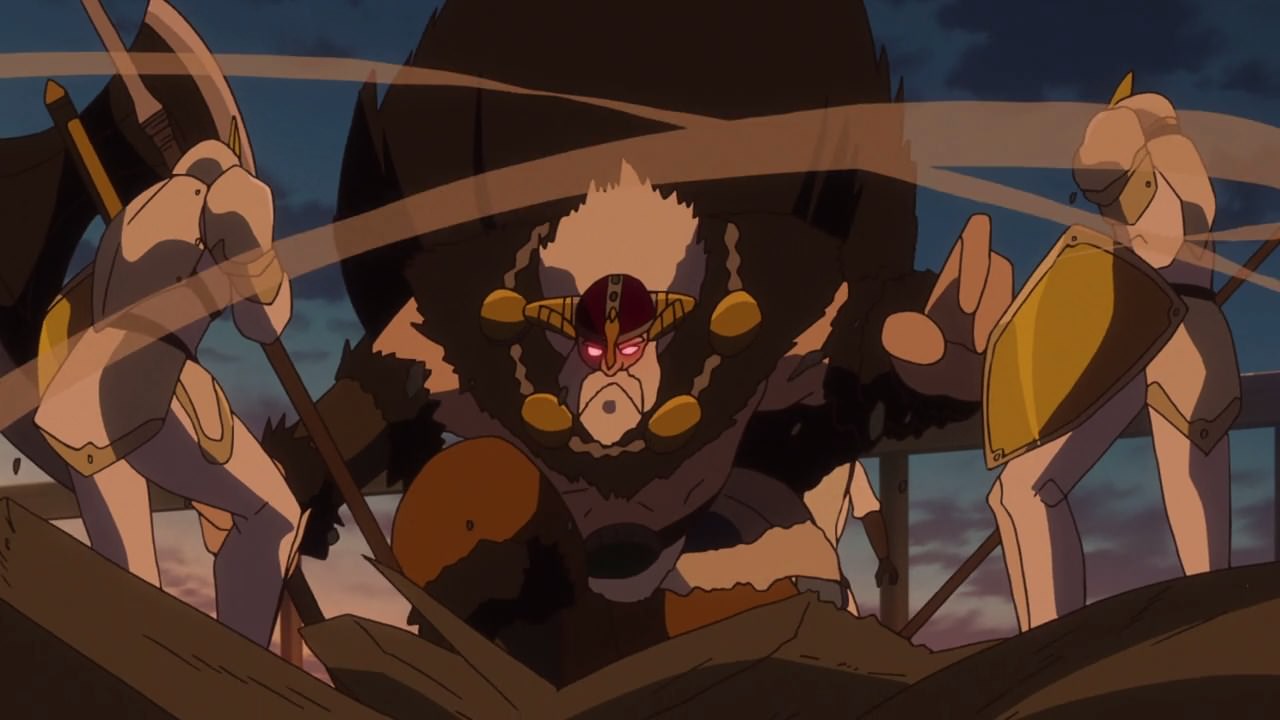 But then, there’s the Sea King himself as King Erik of Nord have arrived at Alexis Doucet’s ironclad ship where he’ll take his head off.

Of course, the Jalucian troops won’t let this crazy viking lay a finger at the Marquis as they’ll use their lives to defend Marquis Alexis. Then again, their strength in numbers are not enough as King Erik is huge and powerful! 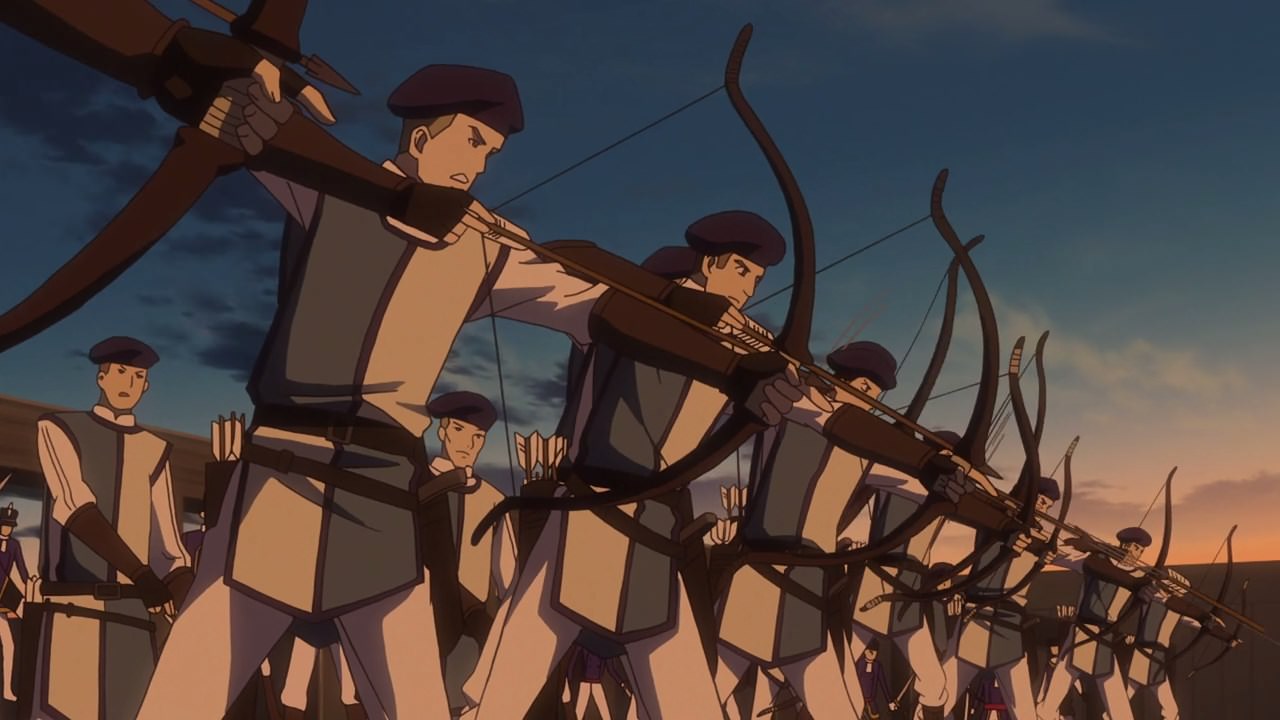 Nevertheless, Alexis’ forces continue to stop King Erik by raining him down with arrows. That’s the only solution to stop the Sea King dead in his tracks. 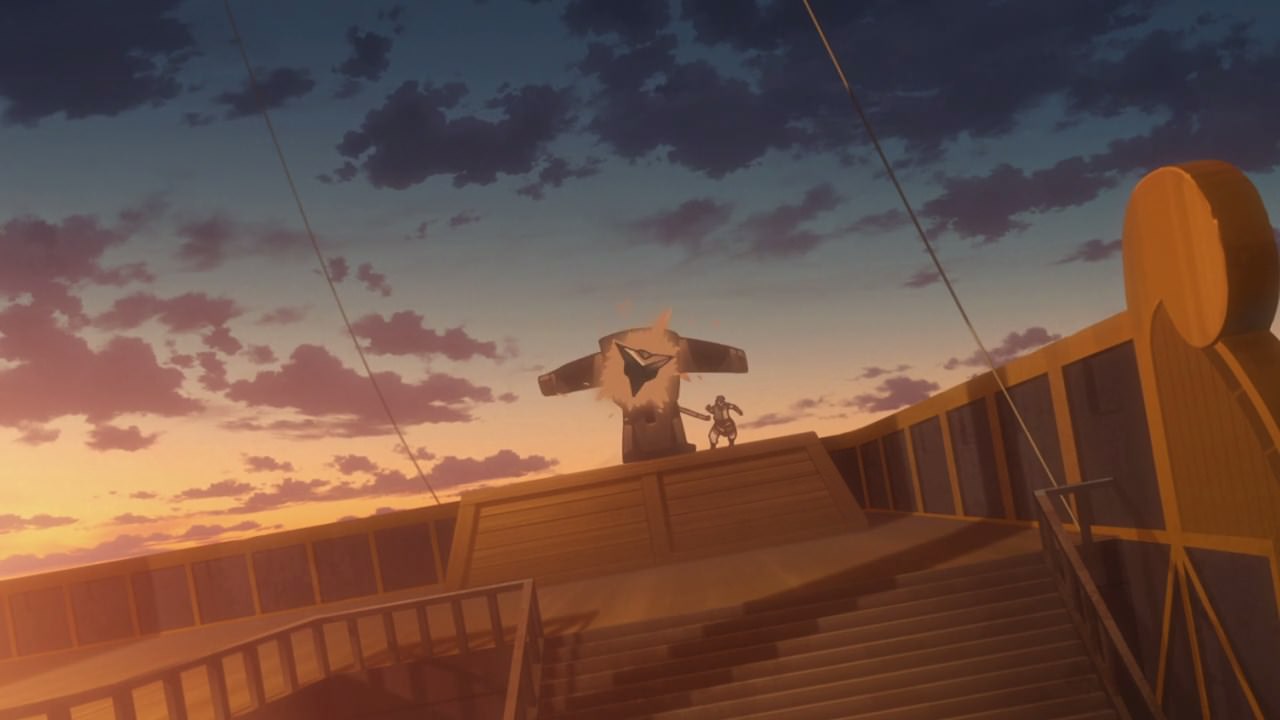 But if puny arrows won’t cut it, there’s the ironclad ship’s arbalests as one of them will fire a heavy bolt against King Erik. 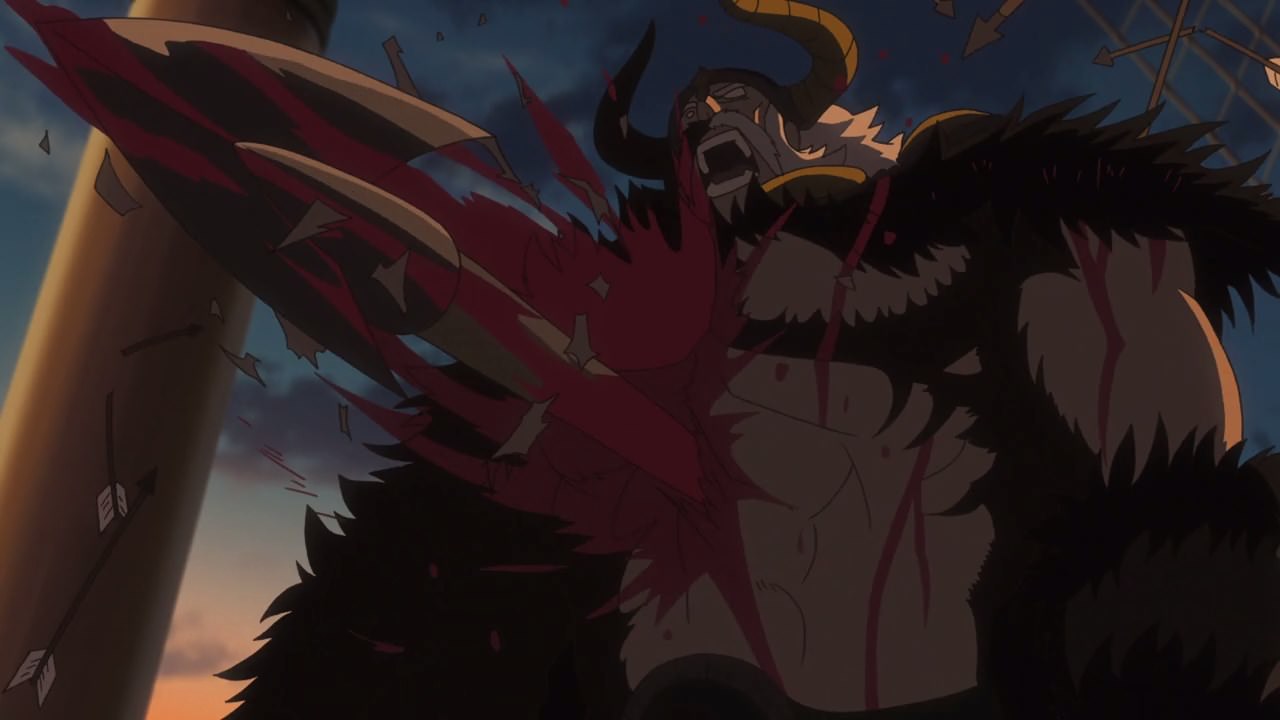 Well, it did work against King Erik but it appears that the Sea King is still standing despite having a bolt sticking through his abdomen. 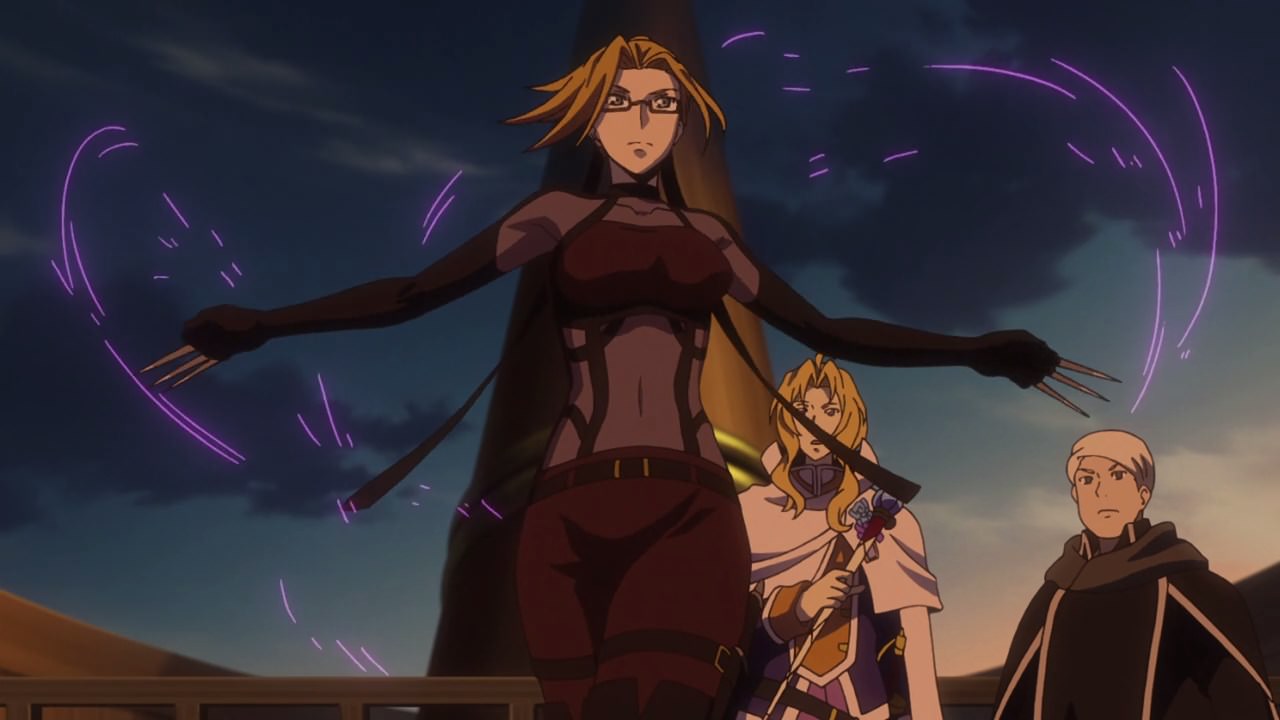 And if it wasn’t enough, here’s Alexis’ Shadow named Noelia as she tries to wear King Erik down with her poison-laced throwing knives. 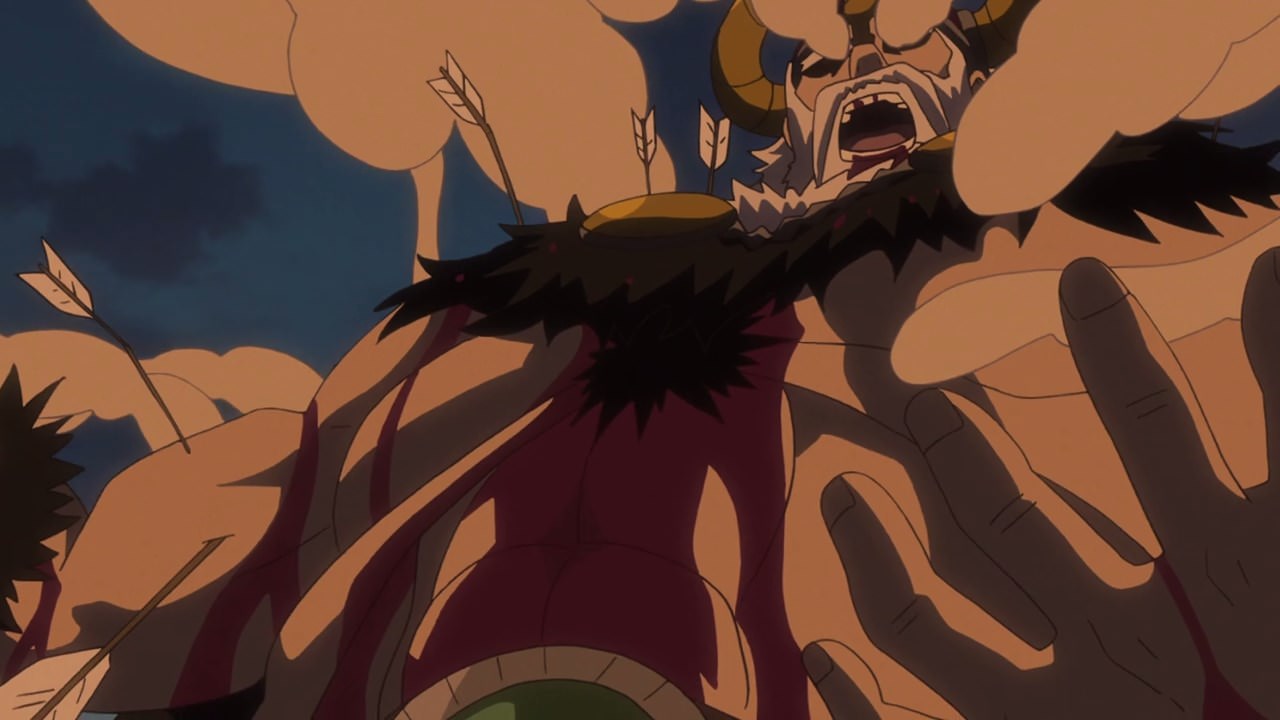 As you can see, it’s quite effective as King Erik’s eyes got hit by Noelia’s knives. But still, this Sea King refused to give up the fight! 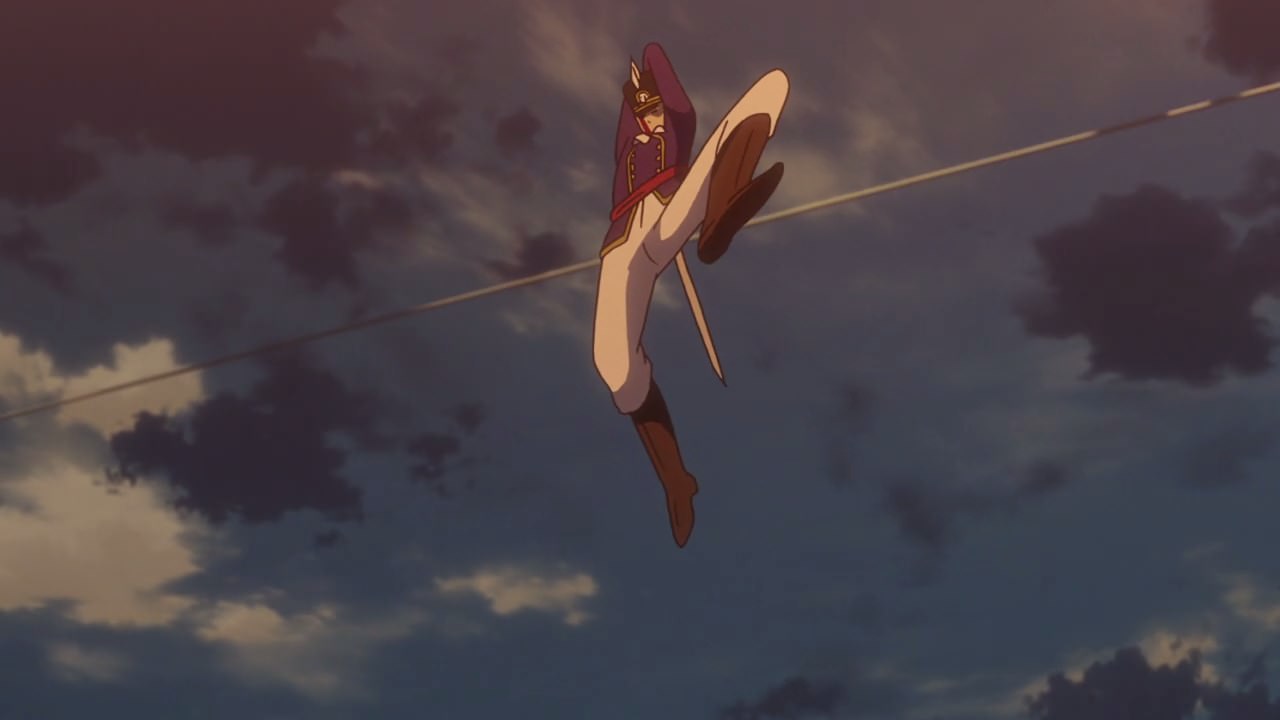 So, the only thing left to do is to cut King Erik’s head off as this soldier jumps and attempts to cut it cleanly.

Fortunately, it works as the Sea King’s head is chopped off and I must say that he’s no ordinary human who can survive many shots in his body before losing his head.

But anyways, the battle is over as King Erik of Nord has died in battle. And by the way, seems that he spilled so much blood that it’s like being caught in a tidal wave! 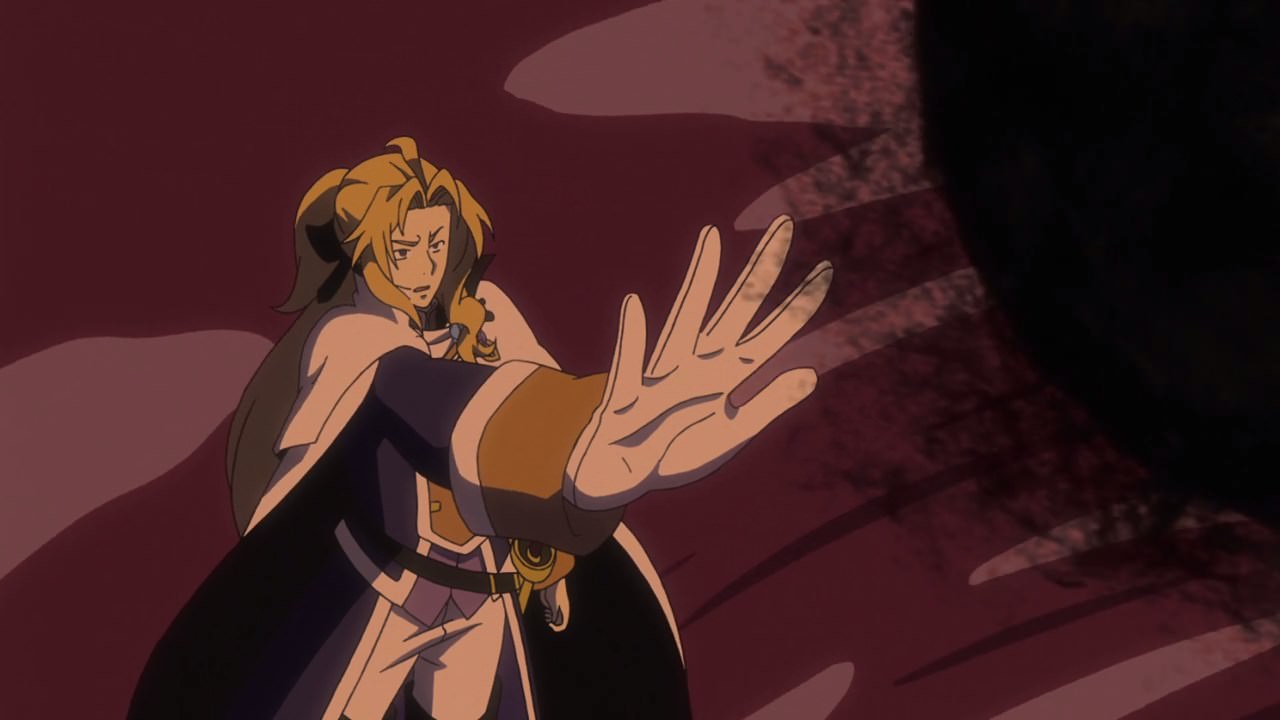 Now that King Erik is defeated, it’s time for Marquis Alexis Doucet to claim the Sea King’s crest. I must say that he’s far more capable as a commander, something that Marrine Kreische felt lacking in terms of creating an overall strategy.

On another note, it appears that the Fantasia Union are gaining ground over the Factory Alliance and it’s all thanks to Alexis Doucet for his brilliant strategy. 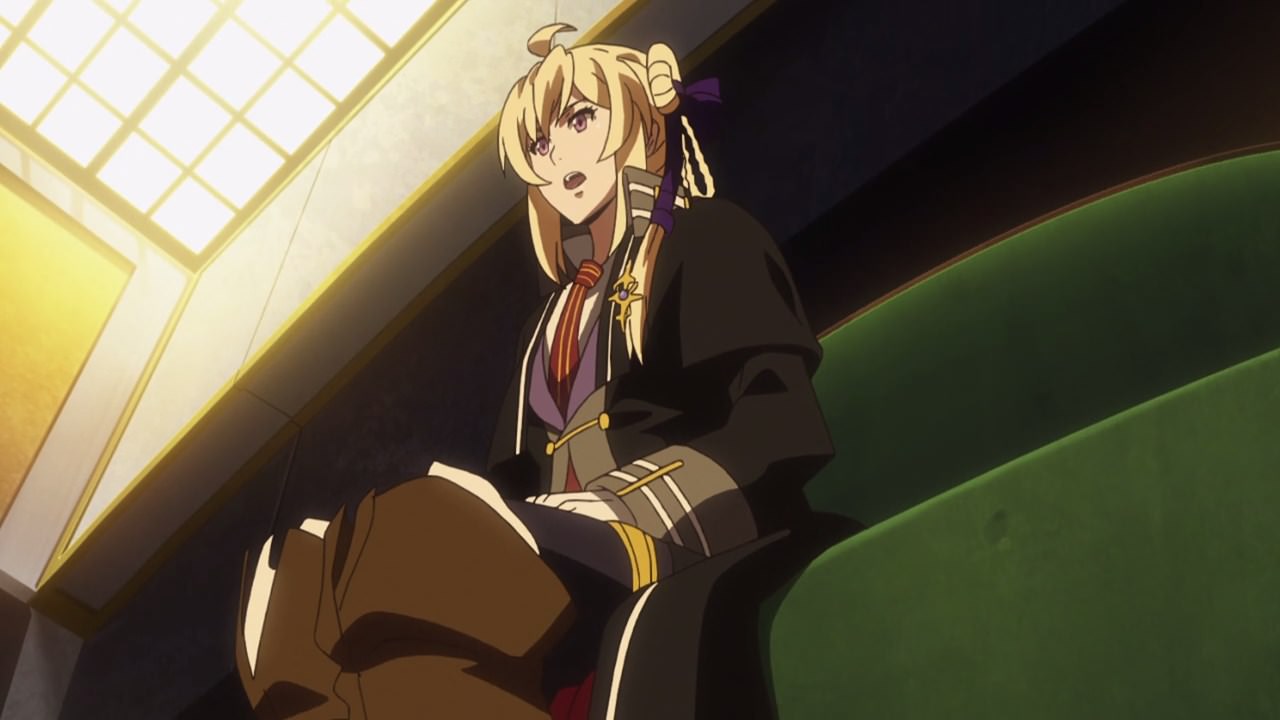 Speaking of Marrine Kreische, she was visited by Siluca Meletes from the Treaty of Altirk as she asked the Margrave of Valdrind to sign a truce with the Union.

Furthermore, Siluca told Marrine about the Great Hall Tragedy where she believes that the Mage Academy are the one’s who are responsible for the death of both archdukes. 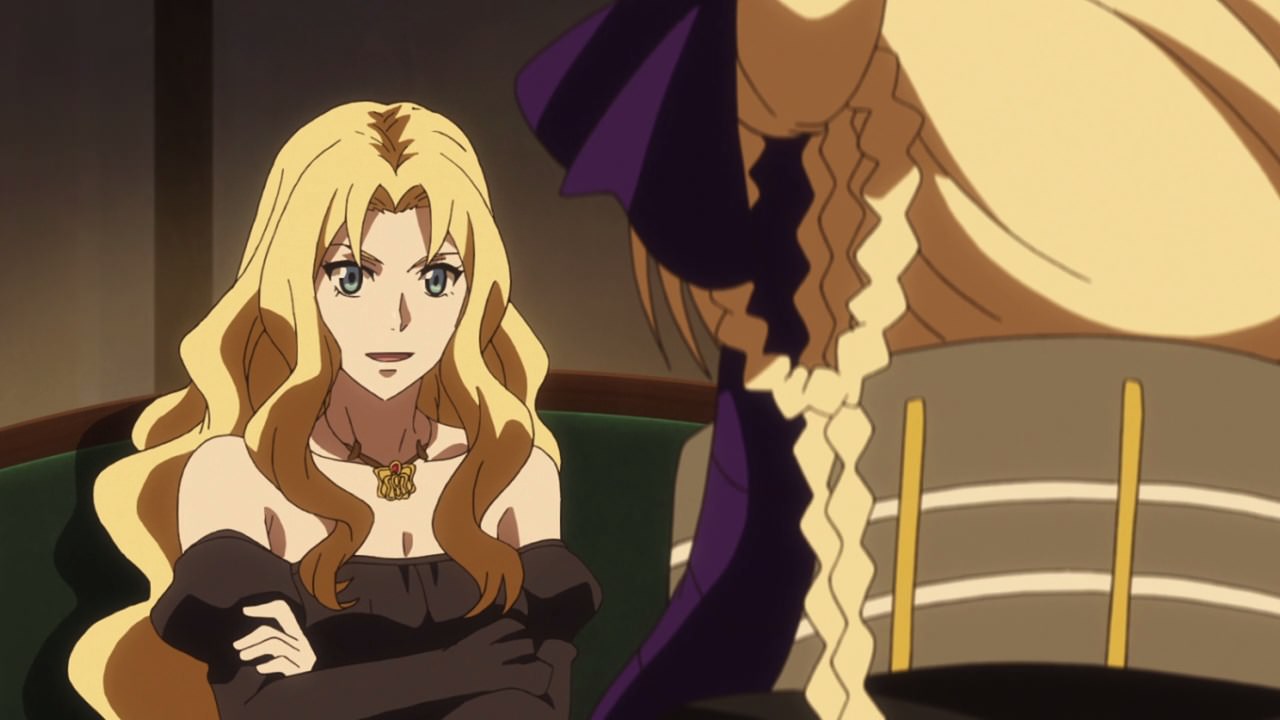 But as for Marrine Kreische, she told Siluca Meletes that the Factory Alliance will continue to fight until the Fantasia Union is defeated and all of their territories and crests will belong to her. And besides, she’ll find the truth by herself.

You know what, Margrave Marrine Kreische is losing her own trust and she’s panicking deep inside. At this point, the Alliance might lose despite Marrine rallied the rest of lords to defeat both the Treaty and the Union once and for all. On the other hand, I’m curious to see what the Mage Academy is plotting to do other than the Order of the Crests.

With that said, I’ll see you on the next episode as we now reached the final battle that’ll determine the fate of the Atlatan continent!