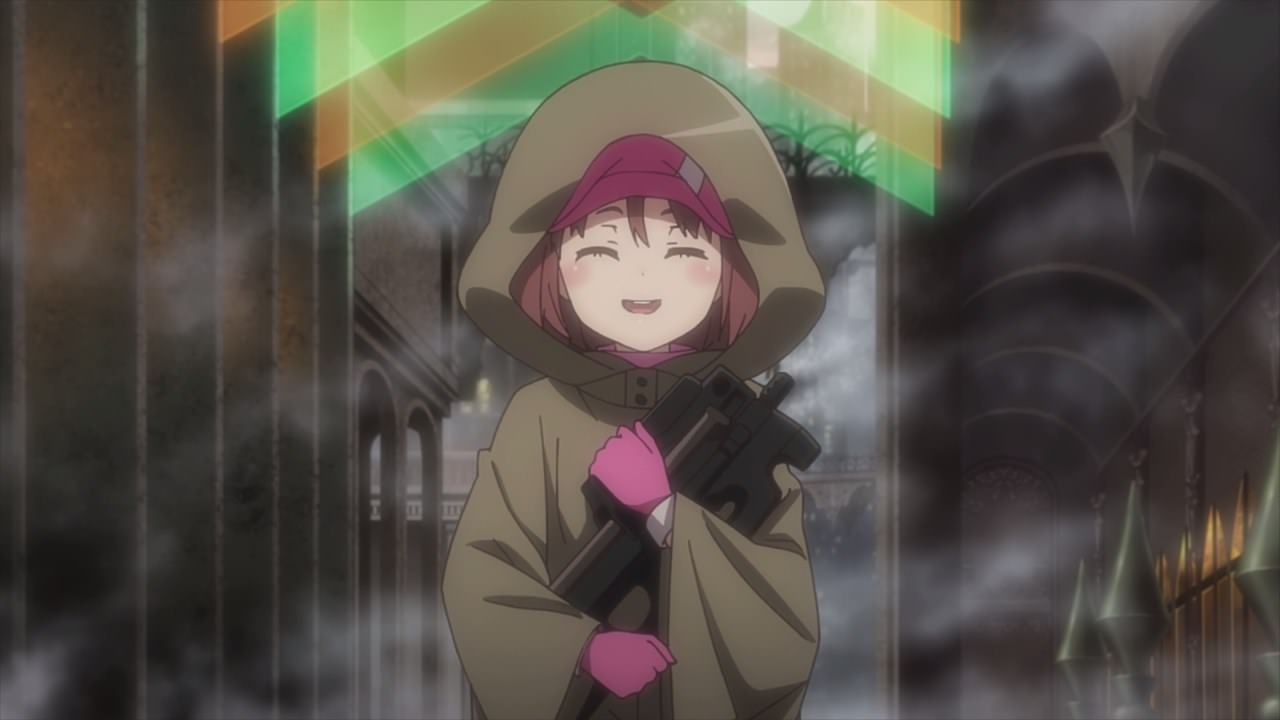 Well, it looks like LLENN got her P90 replacement after the previous Squad Jam. While she laments about the loss of her first P90, the second one will live on as P-Chan! 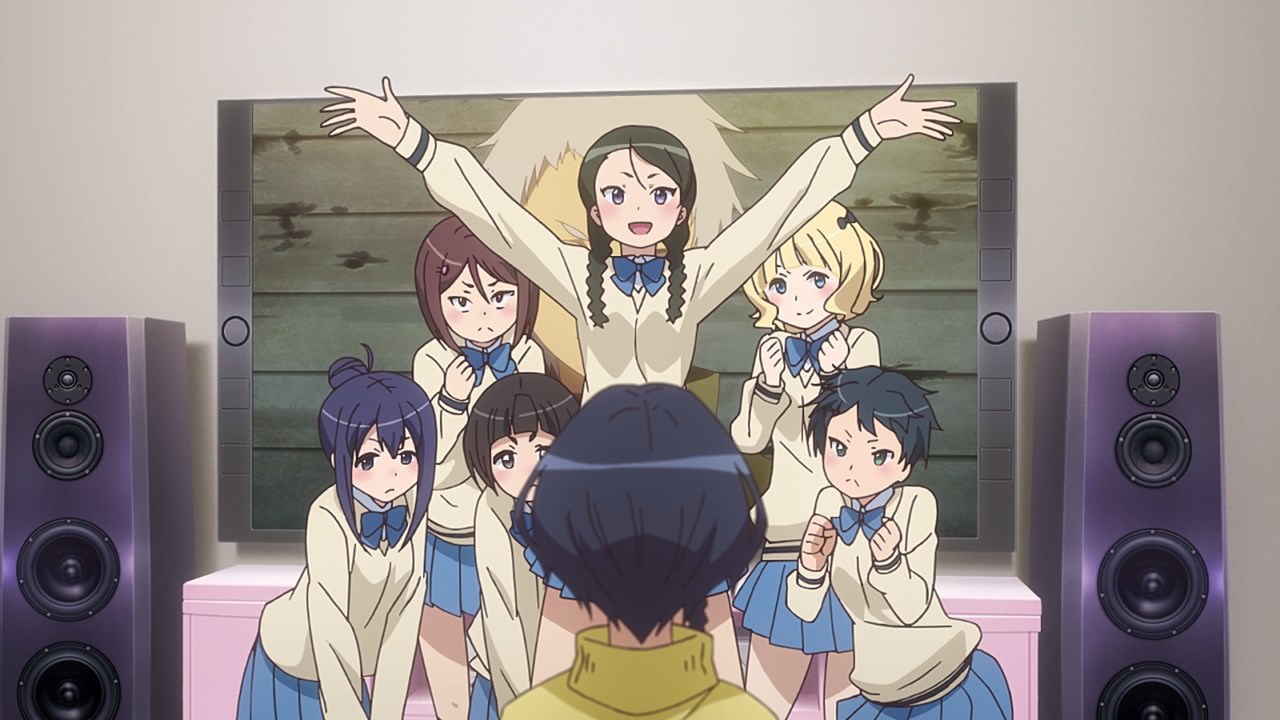 Now then, it’s time for the after party as one of the finalists are here to introduce themselves as the high school rhythmic gymnastics team.

So yeah, these 6 high school girls who are tiny in real-life are actually burly women in Gun Gale Online. 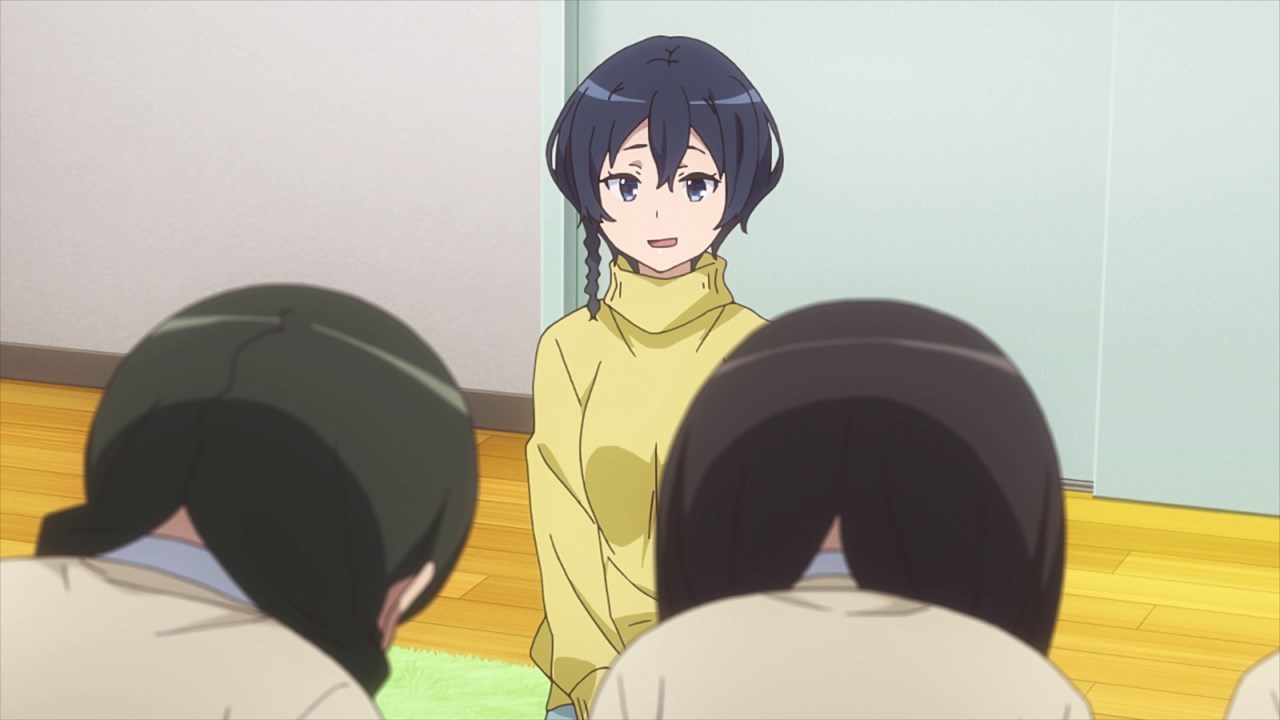 Heck, even Karen Kohiruimaki was surprised that these girls are the finalists.

Of course, they’re looking forward for Karen to participate in the second Squad Jam tournament, but she’ll have to decline for the time being… 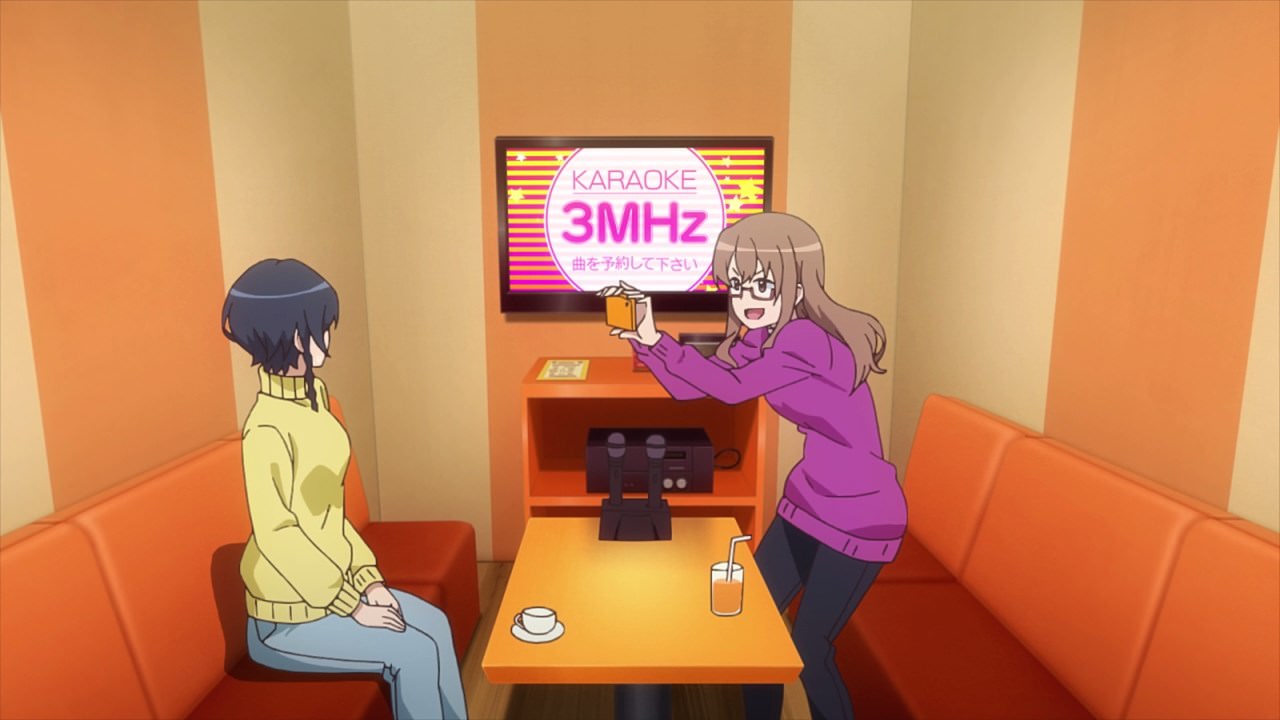 …and return to Hokkaido where Karen spends her time with Miyu Shinohara, her best friend who’s also addicted to video games especially VR ones.

In any case, it seems that Karen Kohiruimaki’s life will be back to normal. 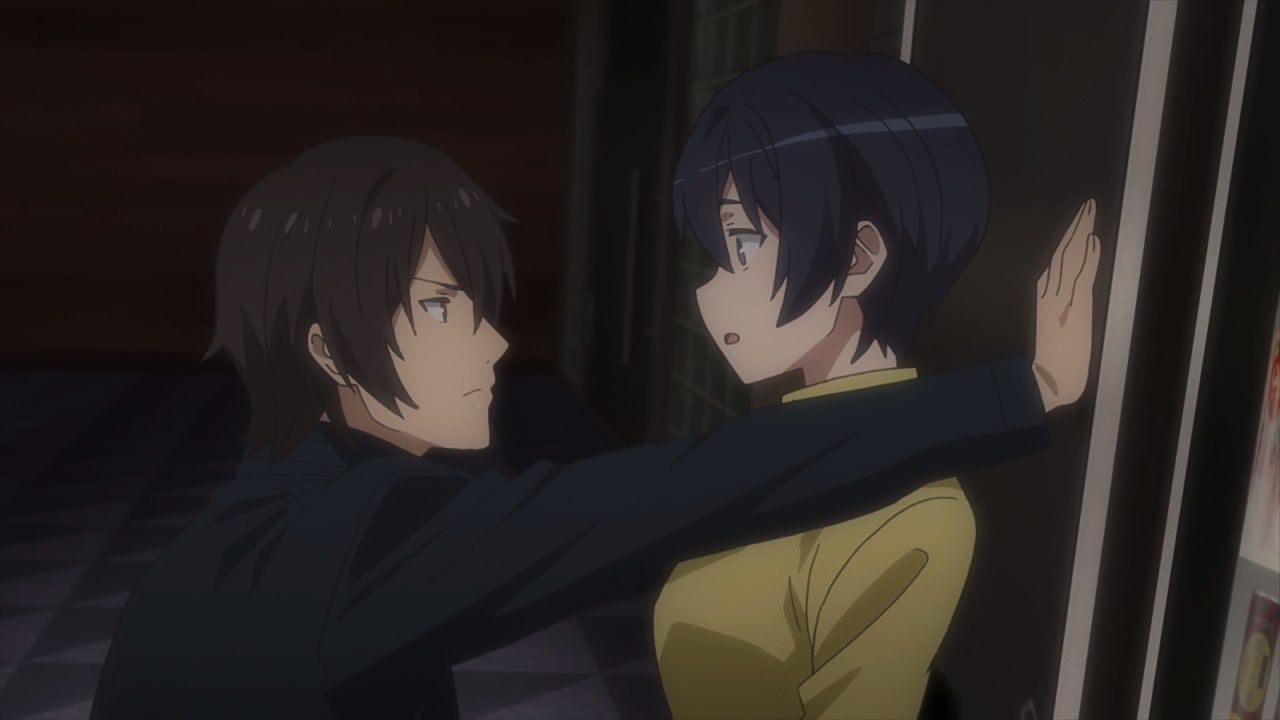 That’s until Karen met this dude name Goushi Asougi who claims to be the player behind M. First of all, how did he know about Karen-chan and second, where’s the proof that he’s actually M?

And lastly, slamming Kohiruimaki towards the wall is not good that she’s creeping out! Seriously Goushi, are you a freakin’ lunatic? 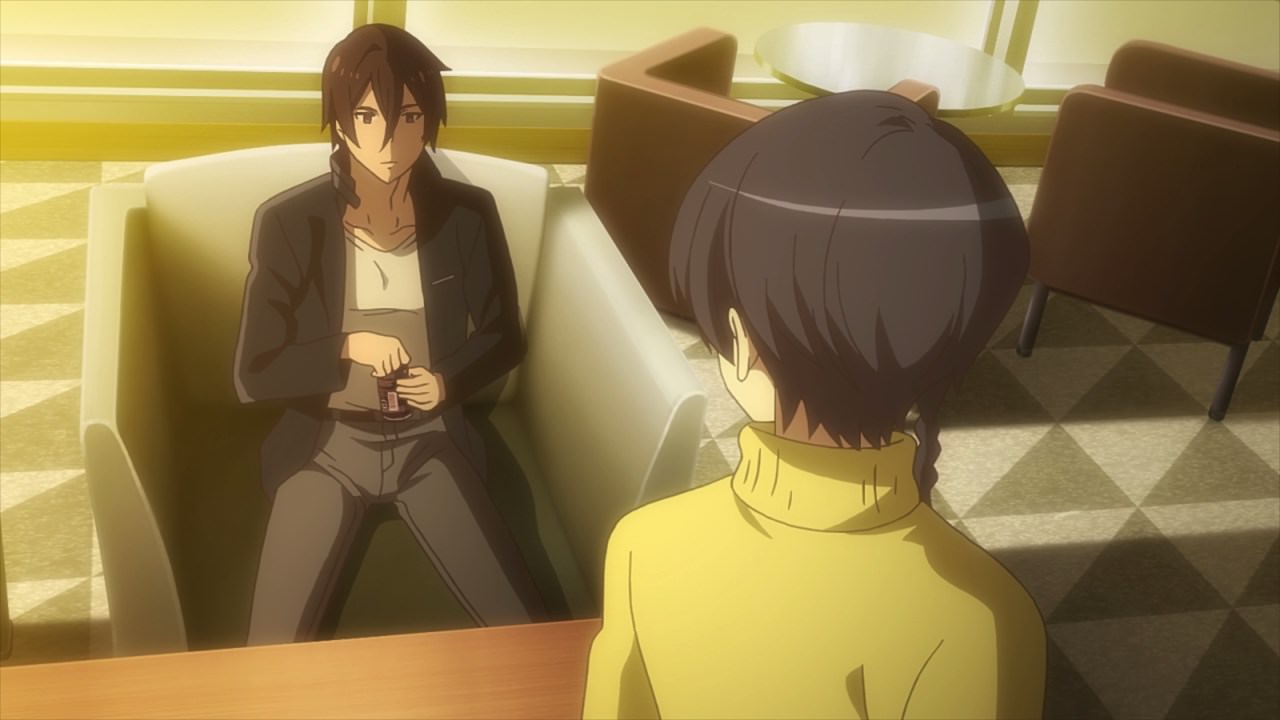 Anyways, Goushi Asougi asked Karen Kohiruimaki to participate in the 2nd Squad Jam tournament and stop Pitohui from killing herself or even Goushi in real-life. Man, this plot is getting wacky after the first 5 episodes.

Now then, the reason for this is because Pitohui is obsessed with death that she missed out the official release of Sword Art Online which the incident happened. It’s a blessing for Pitohui since she won’t have to die but on the same time, missing out sucks as she wants to kill players in SAO much like the Laughing Coffin. Seriously, this is a dire situation that it makes me wonder if Pitohui ever seek a therapist on dealing with her obsession with death?

With that said, Karen Kohiruimaki has no choice but to participate in the 2nd Squad Jam tournament. Of course, everyone expects her to defend her title as LLENN, especially Pitohui who wants to challenge the Pink Devil in a match. Anyways, that’s about it for this week’s episode as Karen prepares for the next tournament. Then again, she needs more reinforcements though…