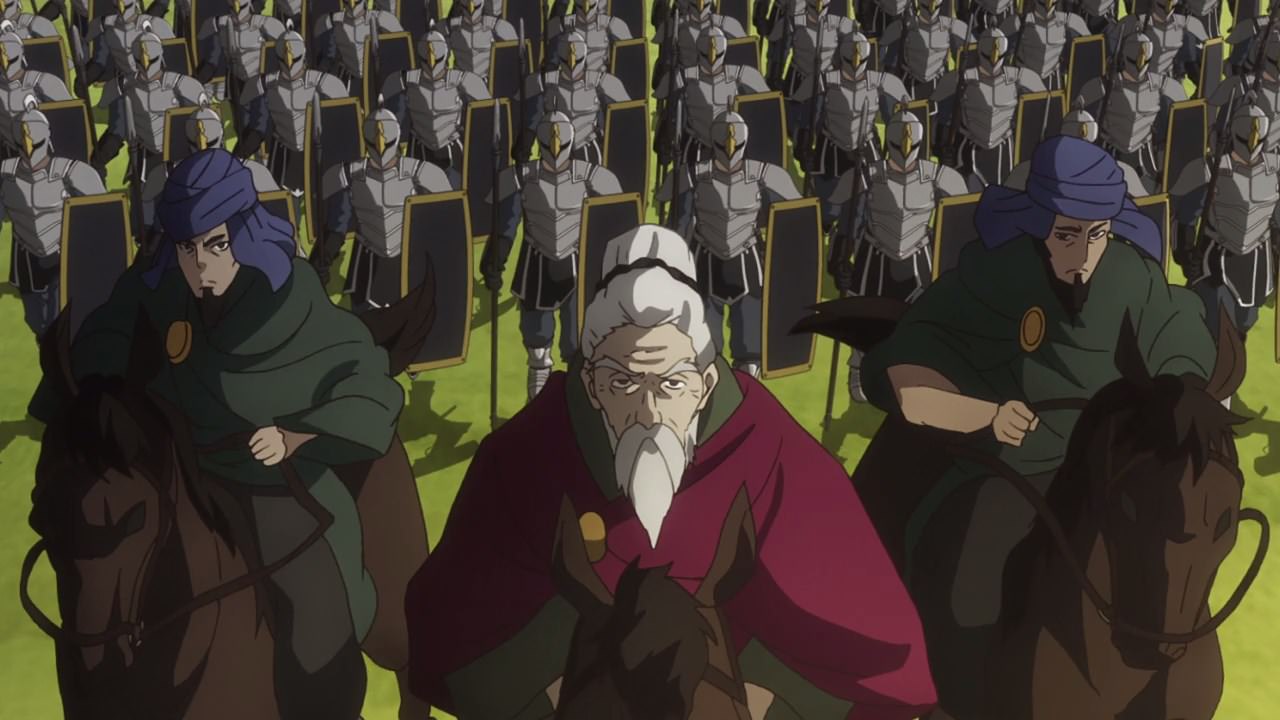 Well everyone, looks like Marrine Kreische has called all of the lords from the Factory Alliance ranging from Nayuta to Shahn for this final battle. 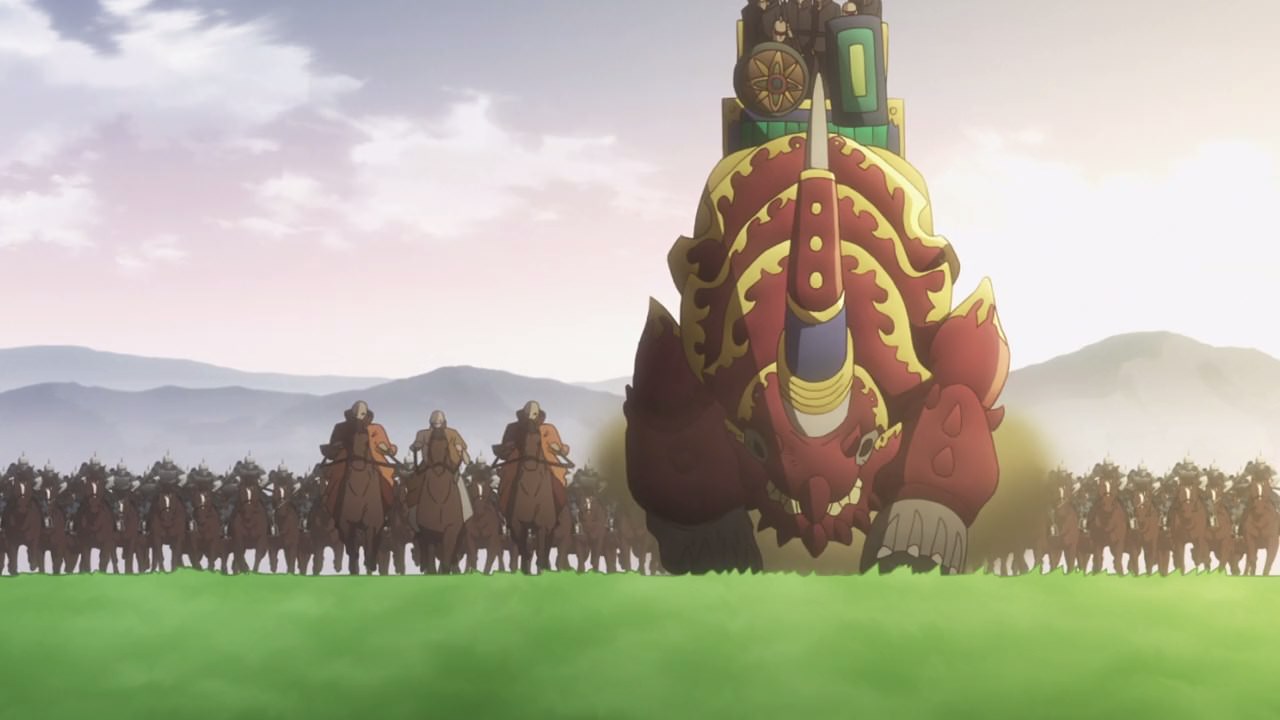 In fact, they brought the big guns like this giant rhinoceros which will trample everyone, including Theo Cornaro and his allies. 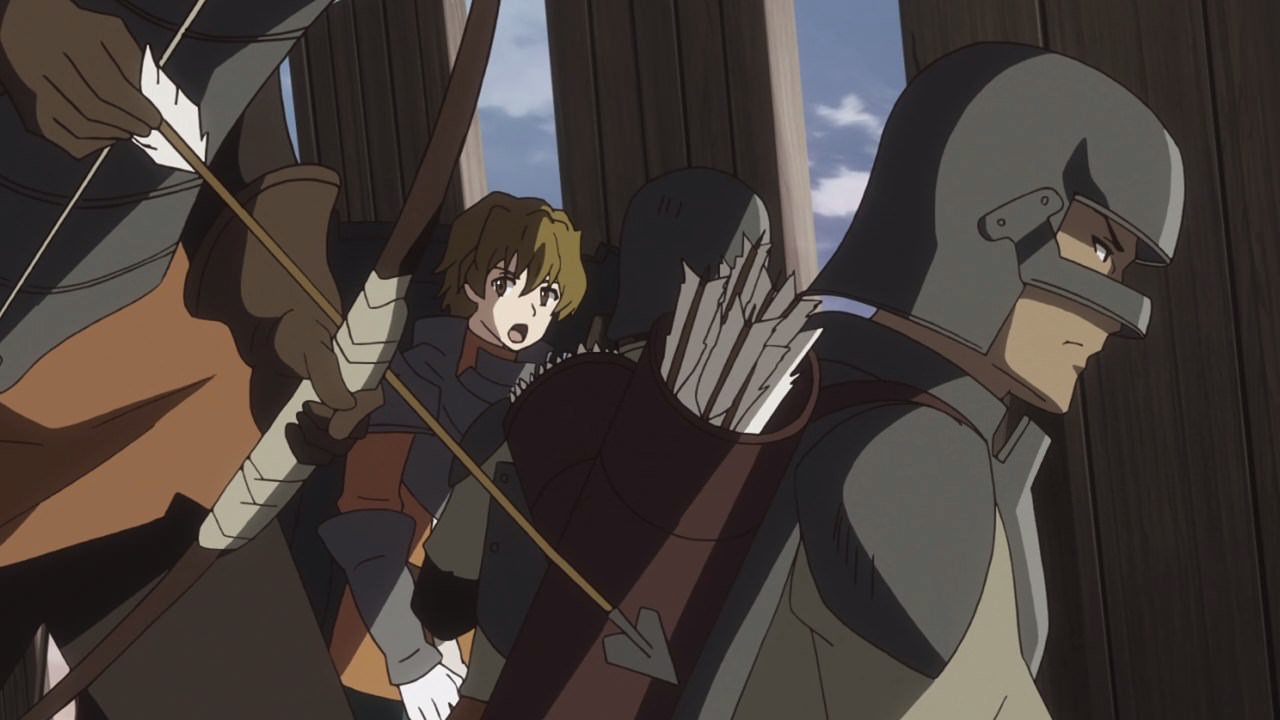 Luckily, one of King Lassic David’s trusted subordinates named Petr Moldva has a solution in which to lure this divine beast in its tracks. 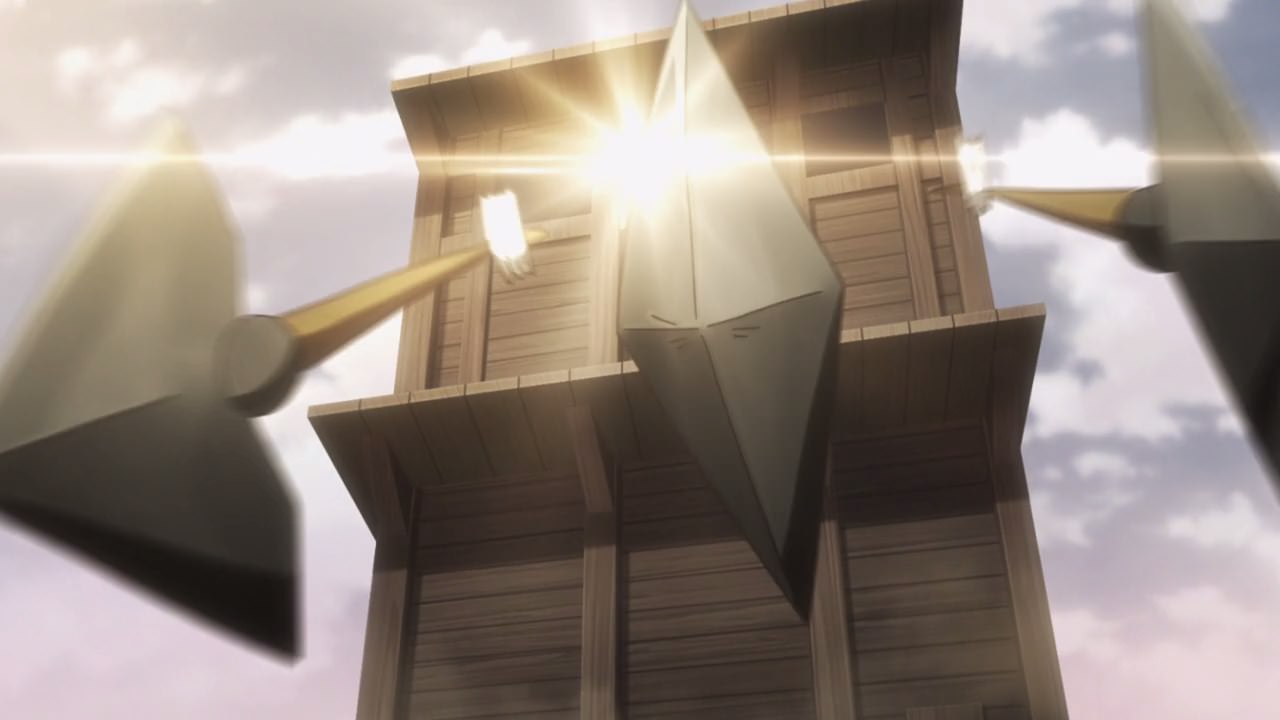 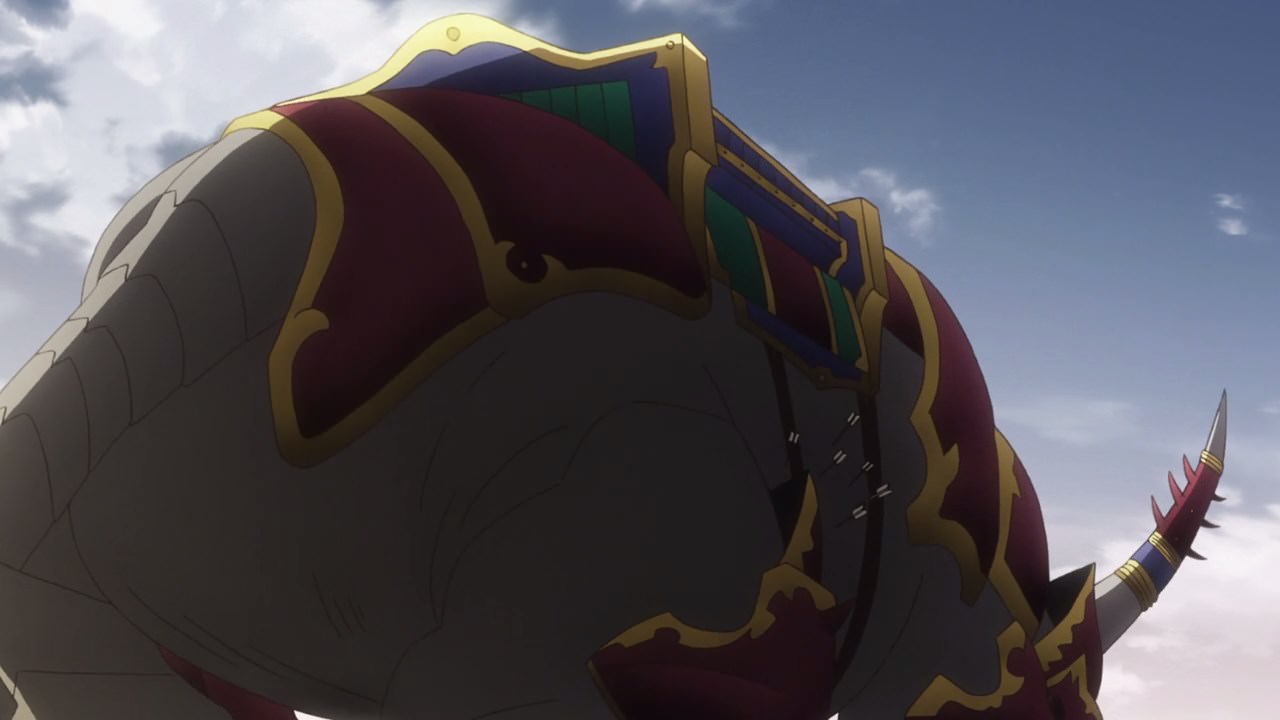 By using some clever engineering like making a crossbow tower, Petr and his allies can take out this rhinoceros just by cutting the rope which will fire the crossbows simultaneously. 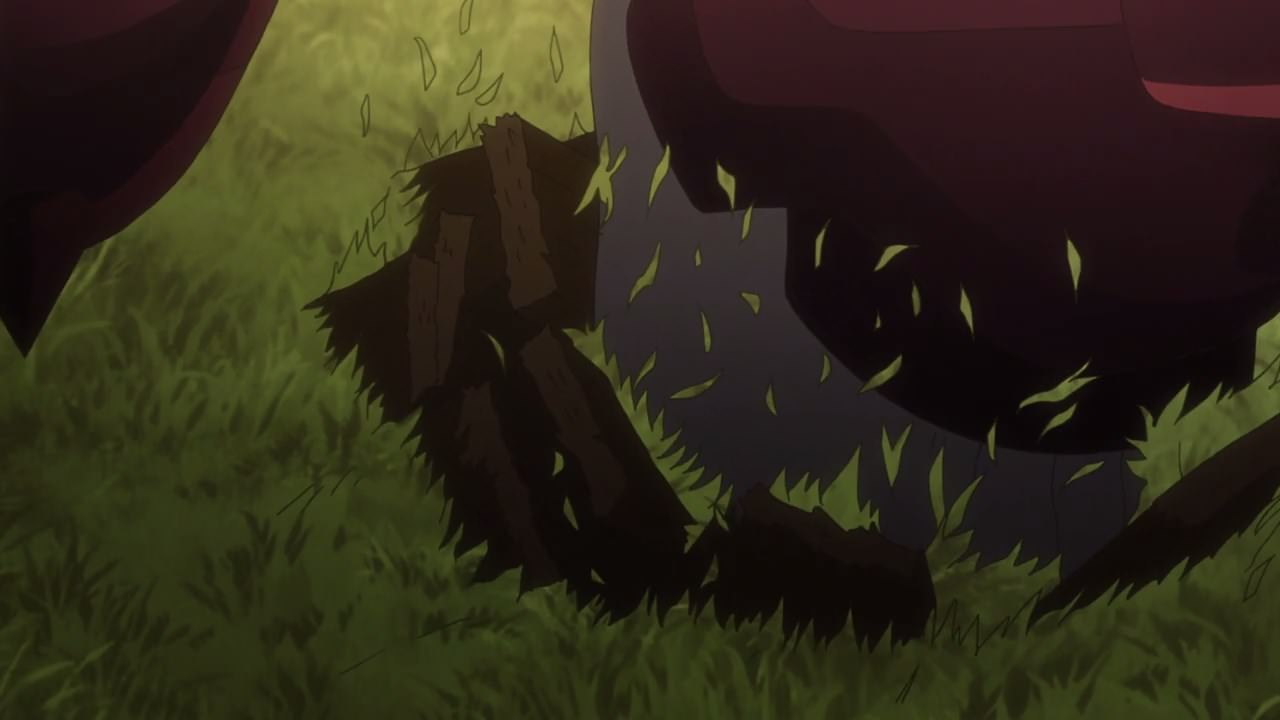 And if it wasn’t enough, they can trap this divine beast in its tracks using the fake ground trick. 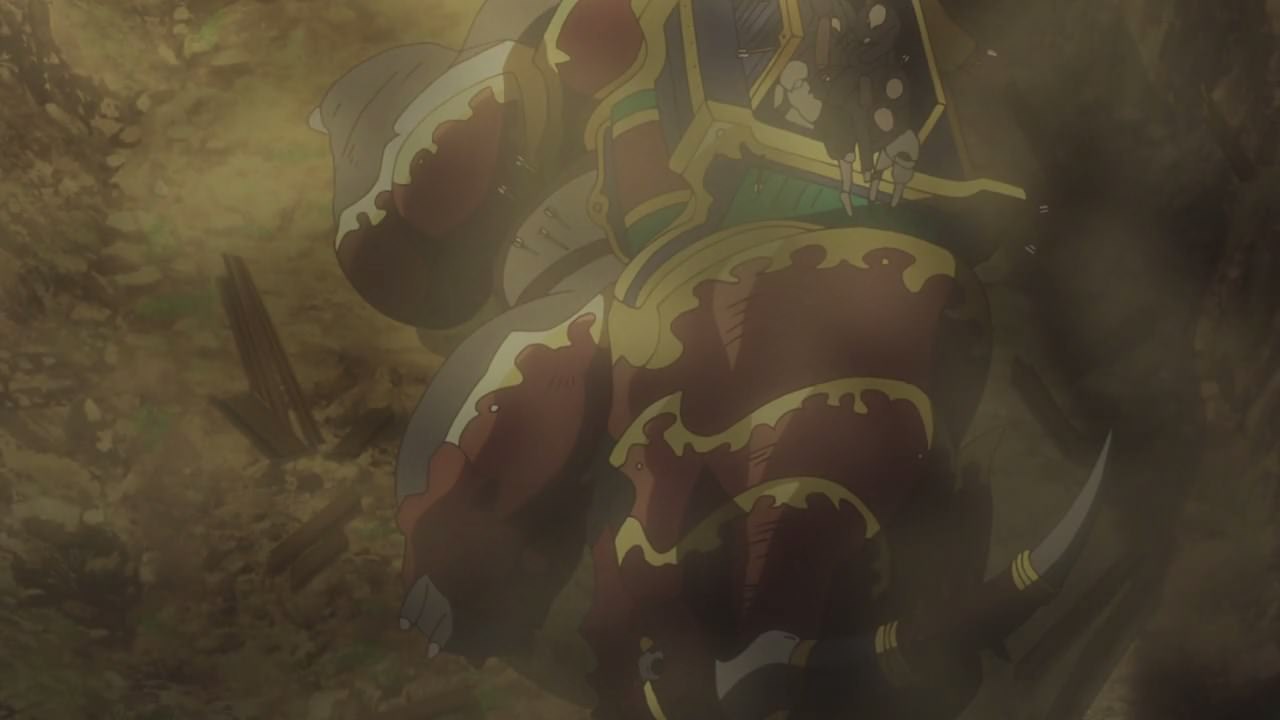 As you can see, it works and thus the divine beast is defeated thanks to Petr Moldva’s traps. 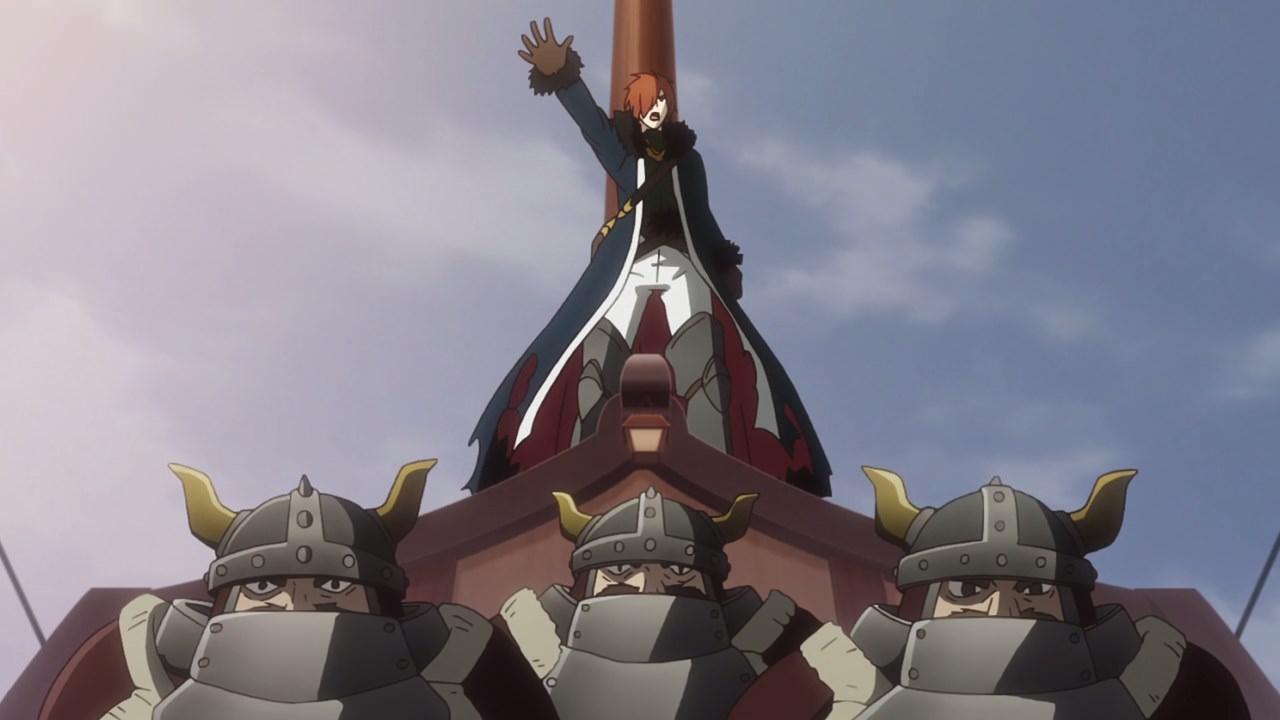 Meanwhile at sea, one of King Erik’s relatives have arrived to destroy Queen Edokia and her fleet.

Seems that the Nords are not gonna quit just because the Sea King is perished in the most gruesome manner. 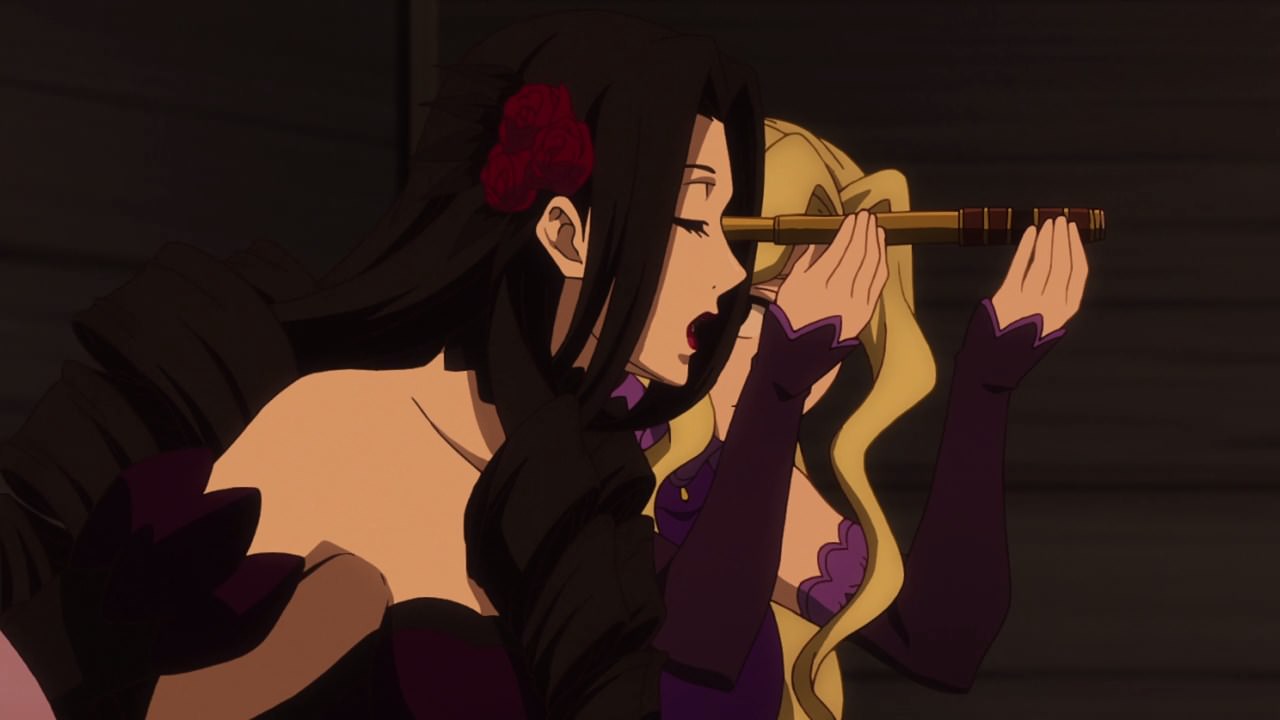 Speaking of Queen Edokia of Haman, she has a plan that’ll counter the Nords’ offensive and with the help of her mage Laura Hardley, it’ll work somehow. 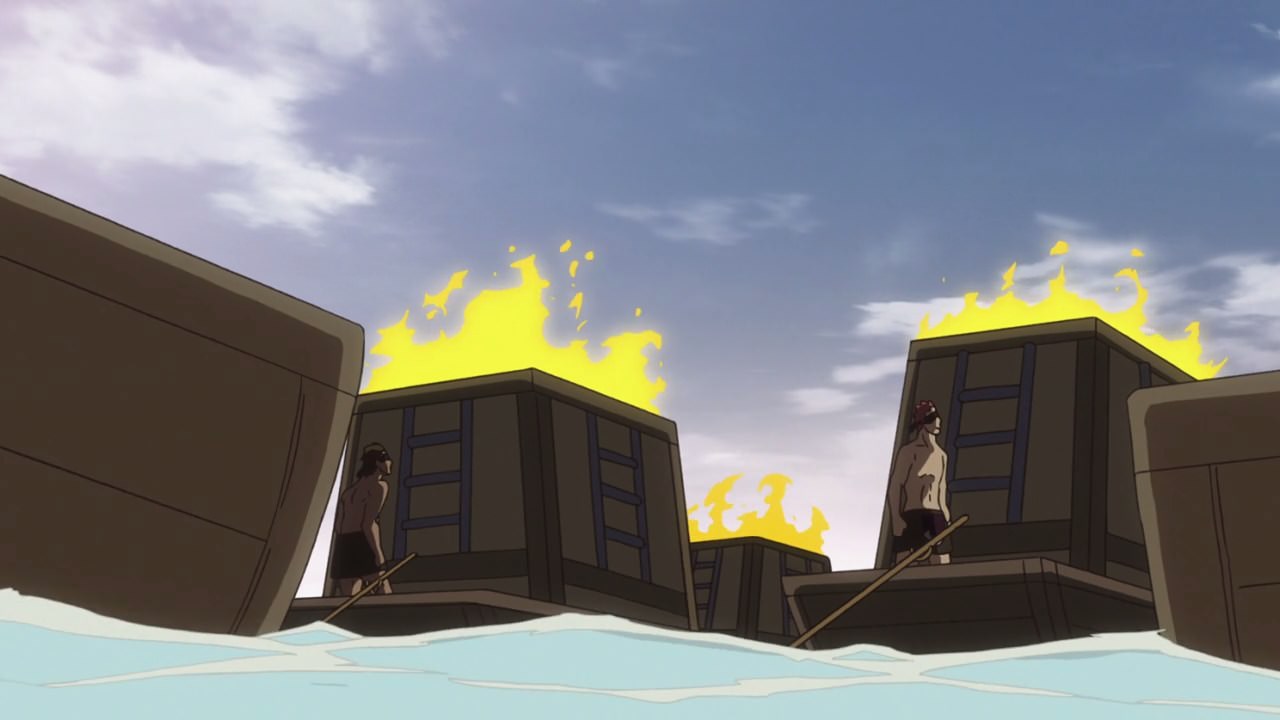 So, Queen Edokia told her men to send the fire ships towards the Nords. I wonder what will Haman do about these ships? 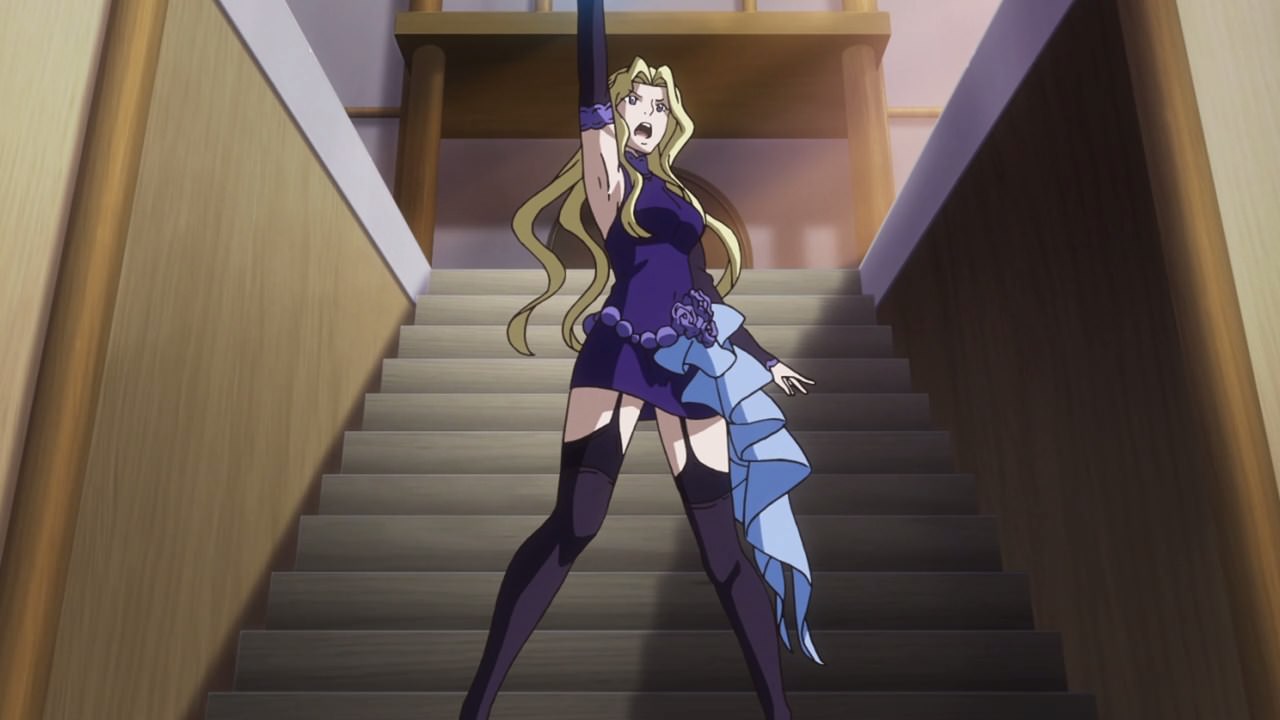 Well, that’s where Laura Hardley comes into play as she’ll use her magic to control the fire ships… 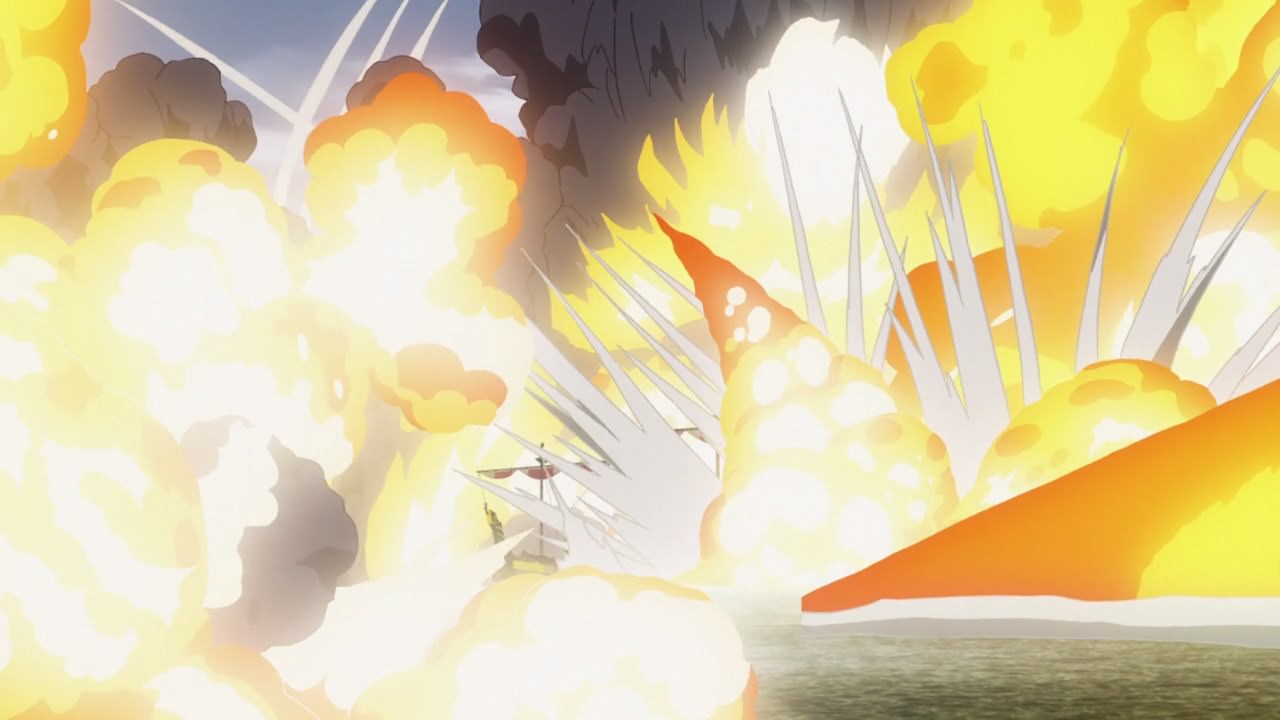 …and make it explode which will wipe out the entire Nord fleet in one fell swoop. Well, there goes the last hurrah of the vikings! 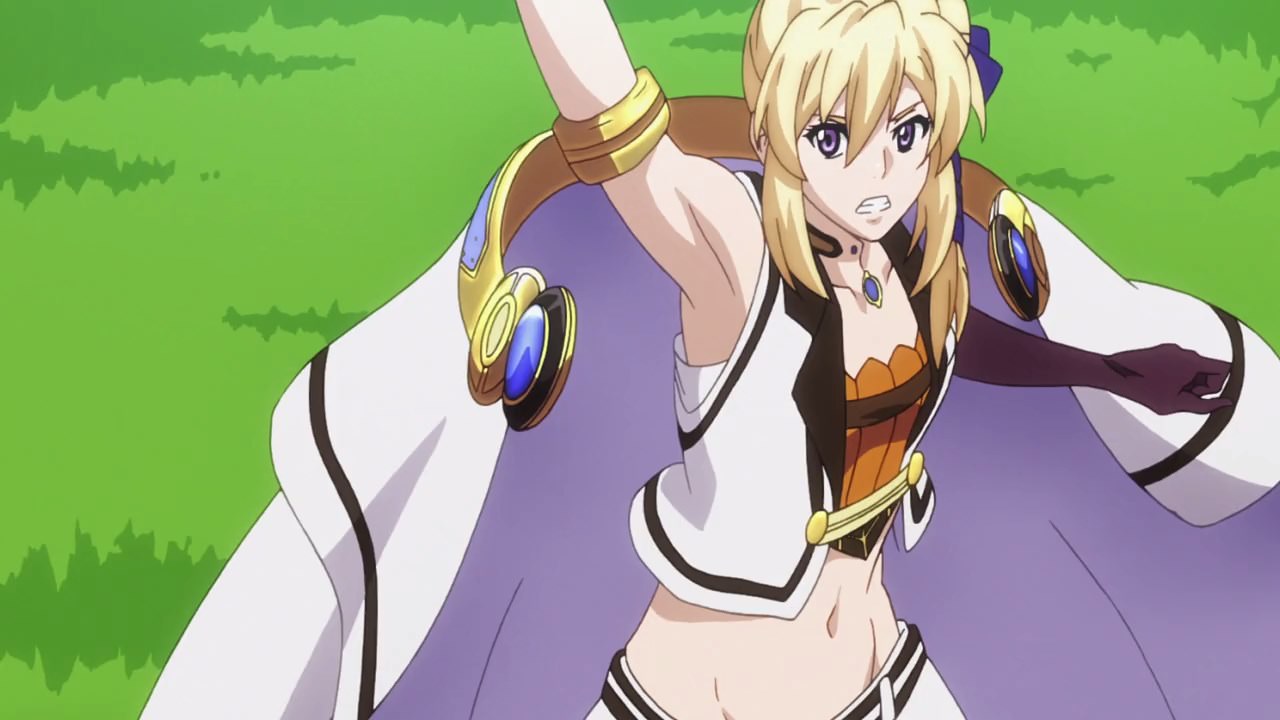 As for the rest, seems that Theo Cornaro and his allies are holding the line as they expect the Fantasia Union to appear very soon. 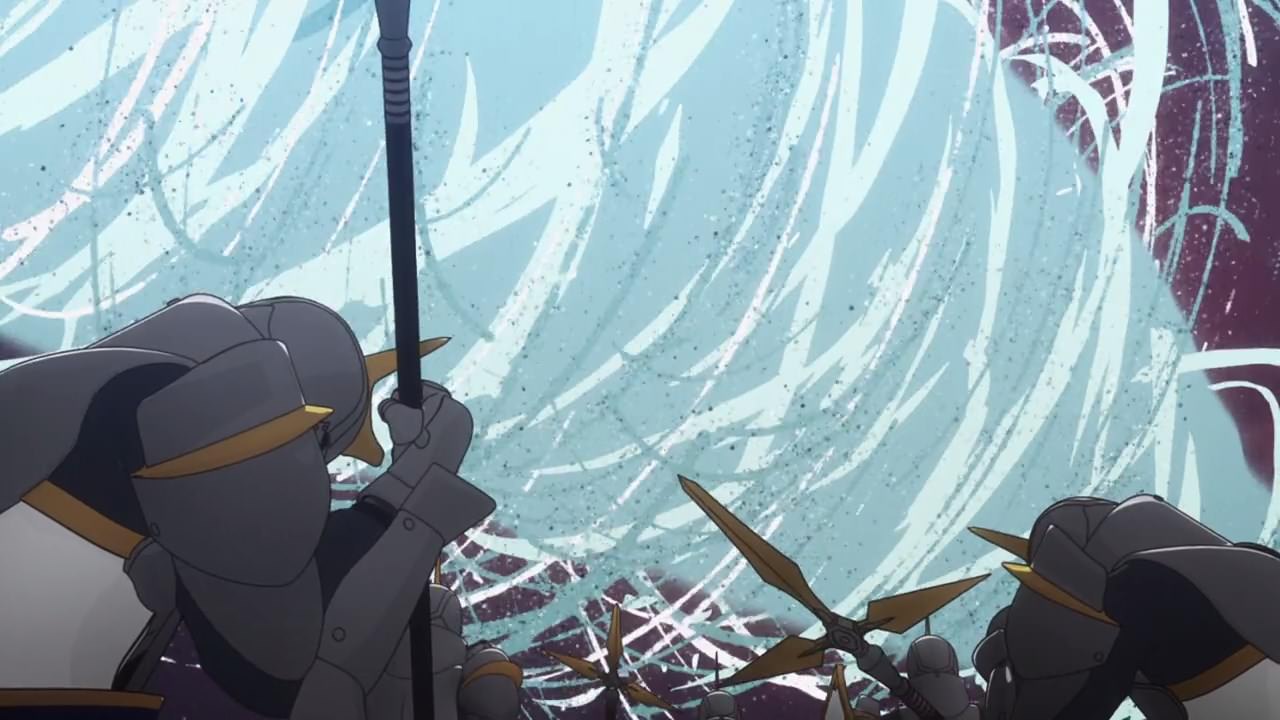 So, the likes of Siluca Meletes are doing their best to stop Margrave Marrine Kreische’s forces from wiping out the entire army.

Case in point, she’s using all of her magic to stop the enemy mage’s attacks from dealing much damage. 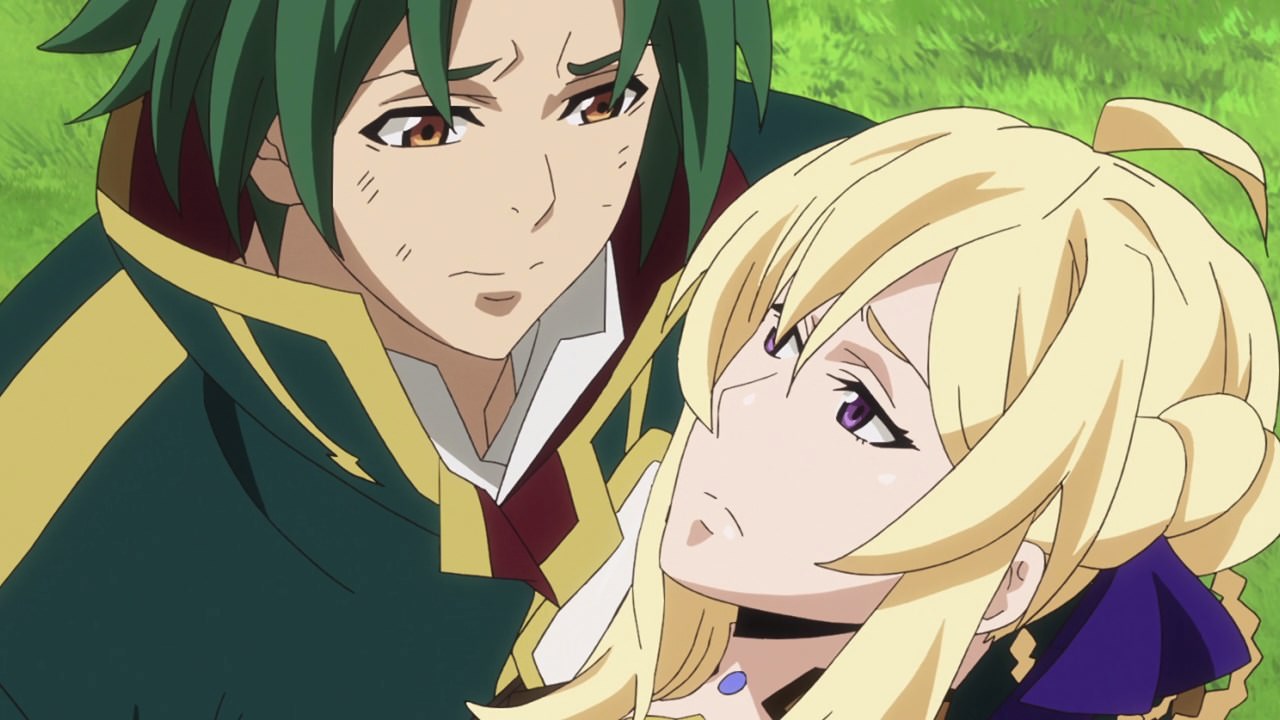 However, it appears that Siluca Meletes and the rest are getting tired after hours of holding out the line. Even Theo Cornaro is concerned about her.

Now then, will this be the end of the Altirk Treaty now that their bodies are at their limit? Not quite! 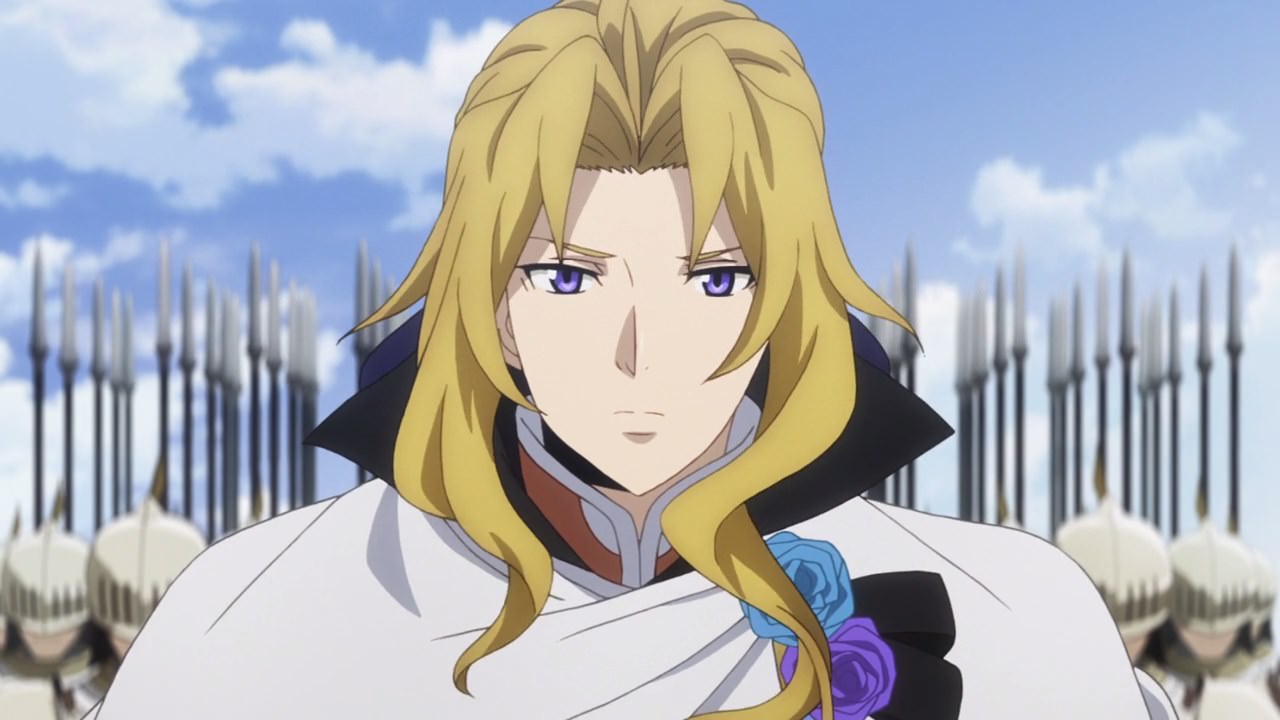 Fortunately, Alexis Doucet and the Fantasia Union have arrived. So yeah, the Treaty is saved and now it’s time for Duke Theo to begin the negotiations. 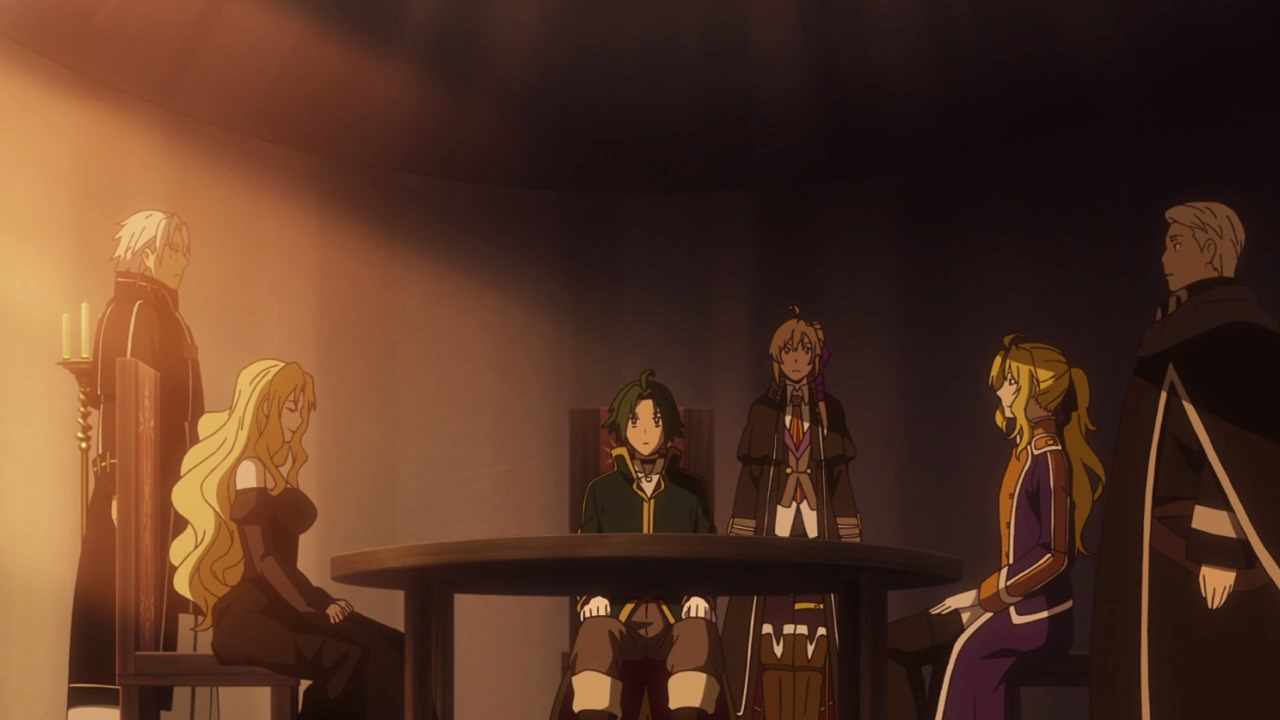 Anyways, Duke Theo Cornaro has two proposals for both Marrine Kreische and Alexis Doucet. One, a complete truce between the Fantasia Union and the Factory Alliance. Two, the matrimony of both Marrine and Alexis. Yeah, that is Theo’s two wishes for peace within the Atlatan continent.

However, Marrine won’t agree on those proposals as she knows that the true enemy will strike once both sides made a truce. I’m talking about the Mage Academy since Siluca suspects that they’re responsible for the Great Hall Tragedy. Furthermore, Marrine Kreische will continue her military campaign because she wants everyone to mark her as the enemy of all.

You know what, I don’t give a rat’s ass about her reasons of shouldering the burden and besides, Theo Cornaro and Siluca Meletes will do everything to make a miracle from that tragedy! 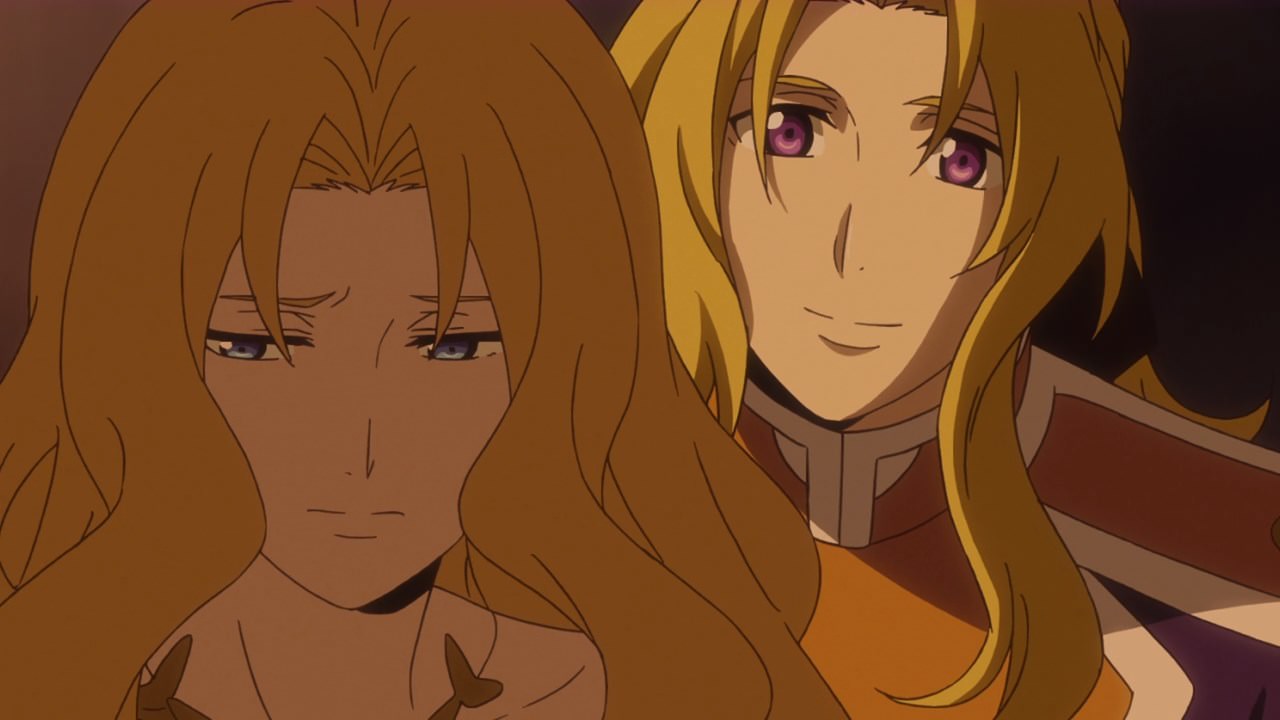 Also, Alexis Doucet still wants to be at Marrine Kreische’s side even though she gave her virginity to Milza Kuces. In fact, he wants to show her something incredible… 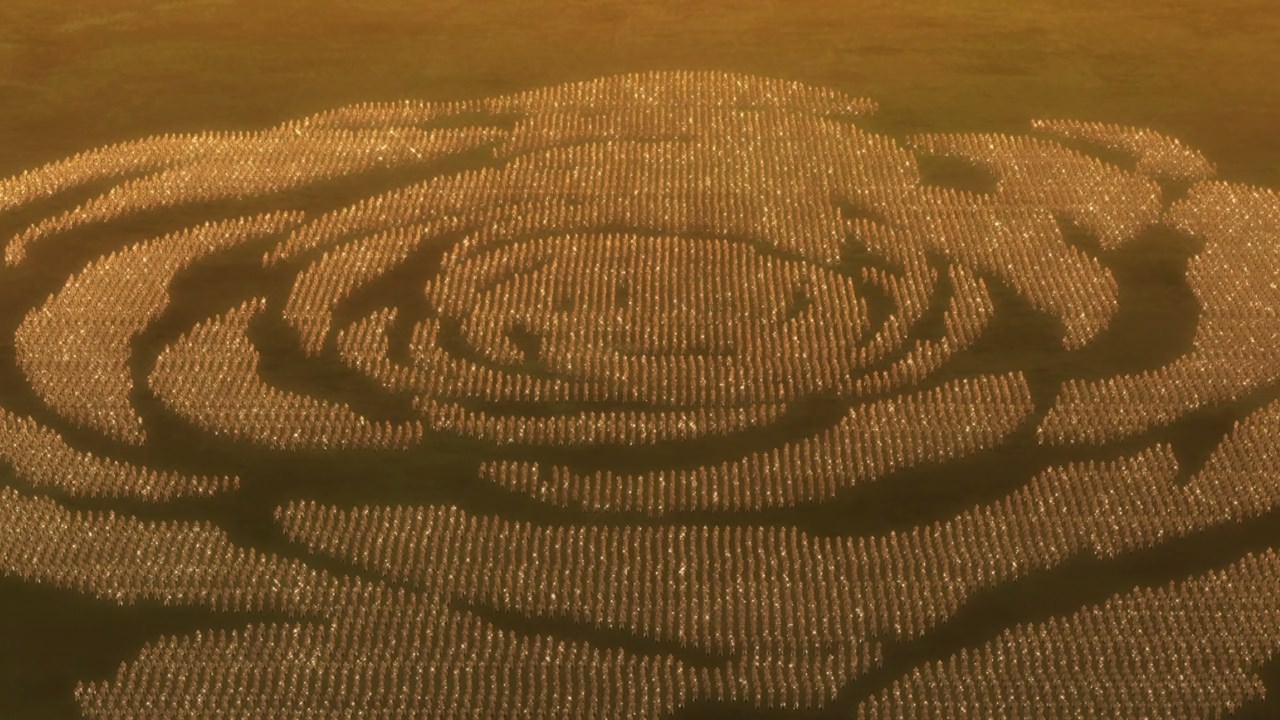 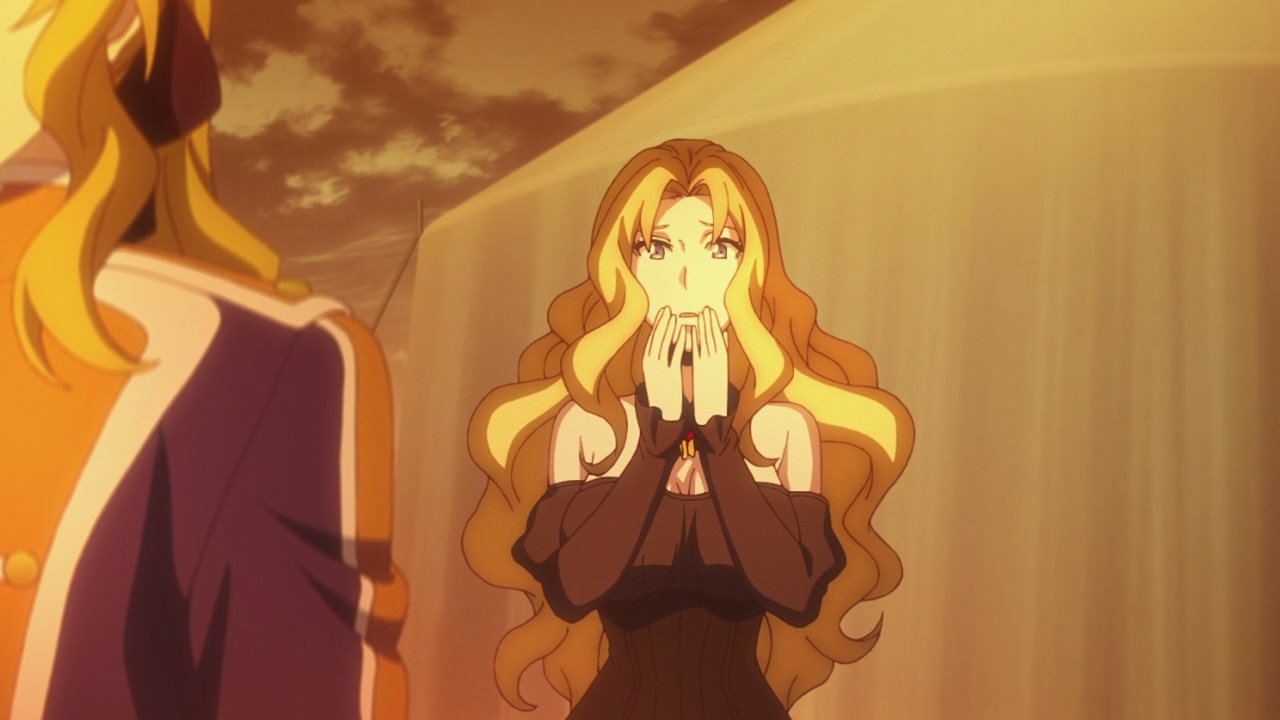 That’s right, Alexis Doucet wants to show a rose that was formed by his soldiers to Marrine Kreische. Isn’t it nice that he did everything for his love to Marrine? 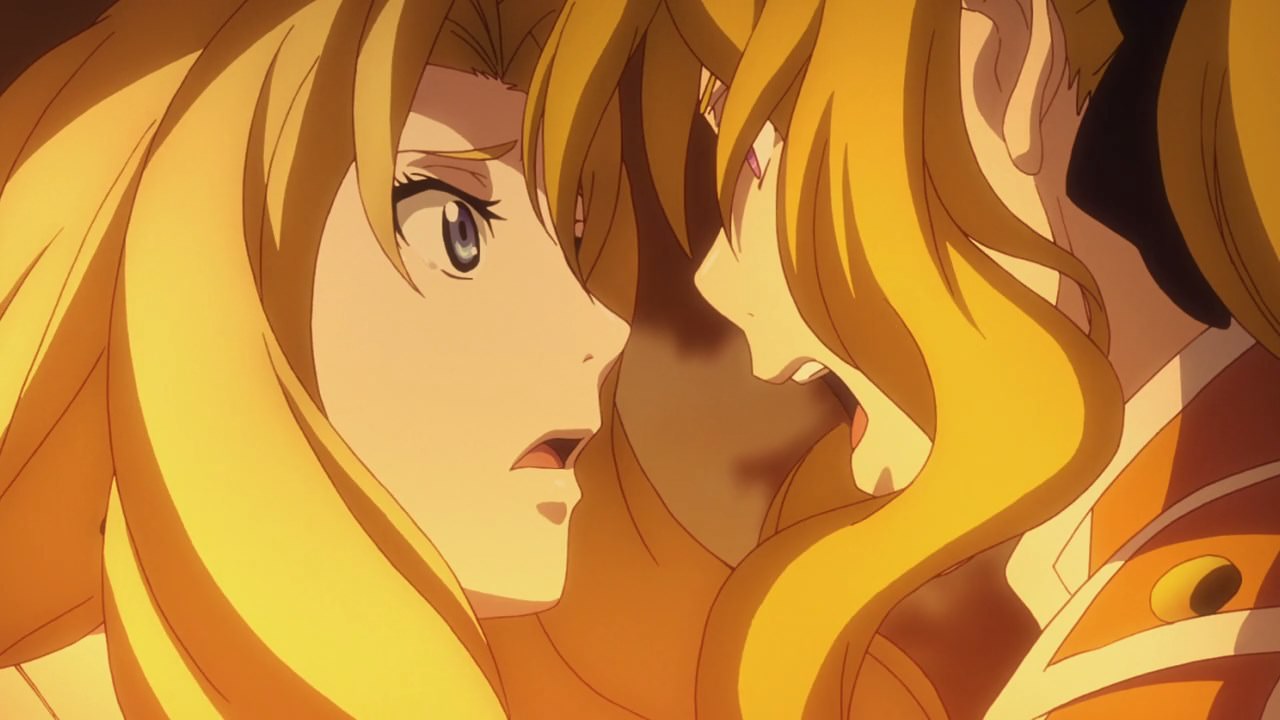 In any case, Alexis Doucet will continue to love Marrine Kreische even though she’s no longer pure and her body is stained in blood with countless soldiers that she and her Valdrind Knights killed them during her conquest. 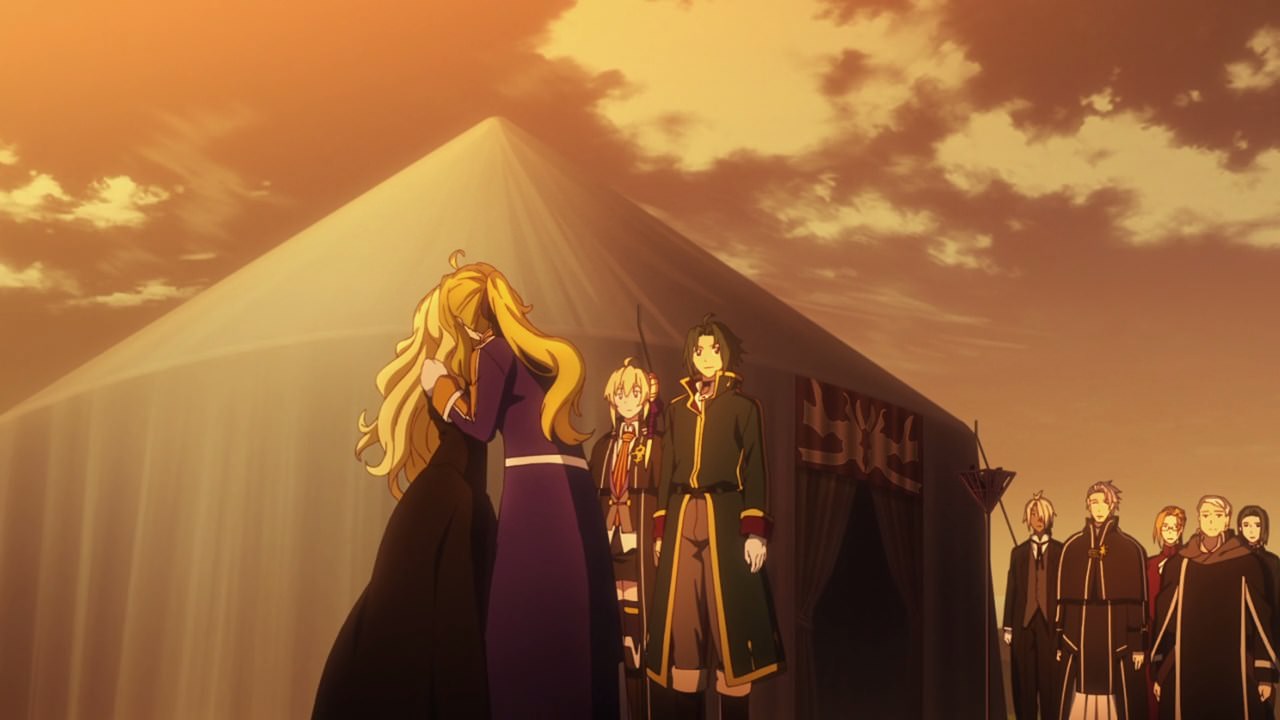 With that said, everything is now resolve and Alexis Doucet and Marrine Kreische are together again. Hurray! Still, I hate Marrine Kreische for her stupid decisions like going on a conquest just because her father died in the Great Hall Tragedy.

Oh, and both of them will give their crests to Duke Theo Cornaro because they believe that he’s the one who will usher a new era as emperor of the Atlatan continent. That’s great, looks like Theo will attain the Emperor’s Seal in no time! Now that the truce has been settled, it’s time for the real enemy to appear! 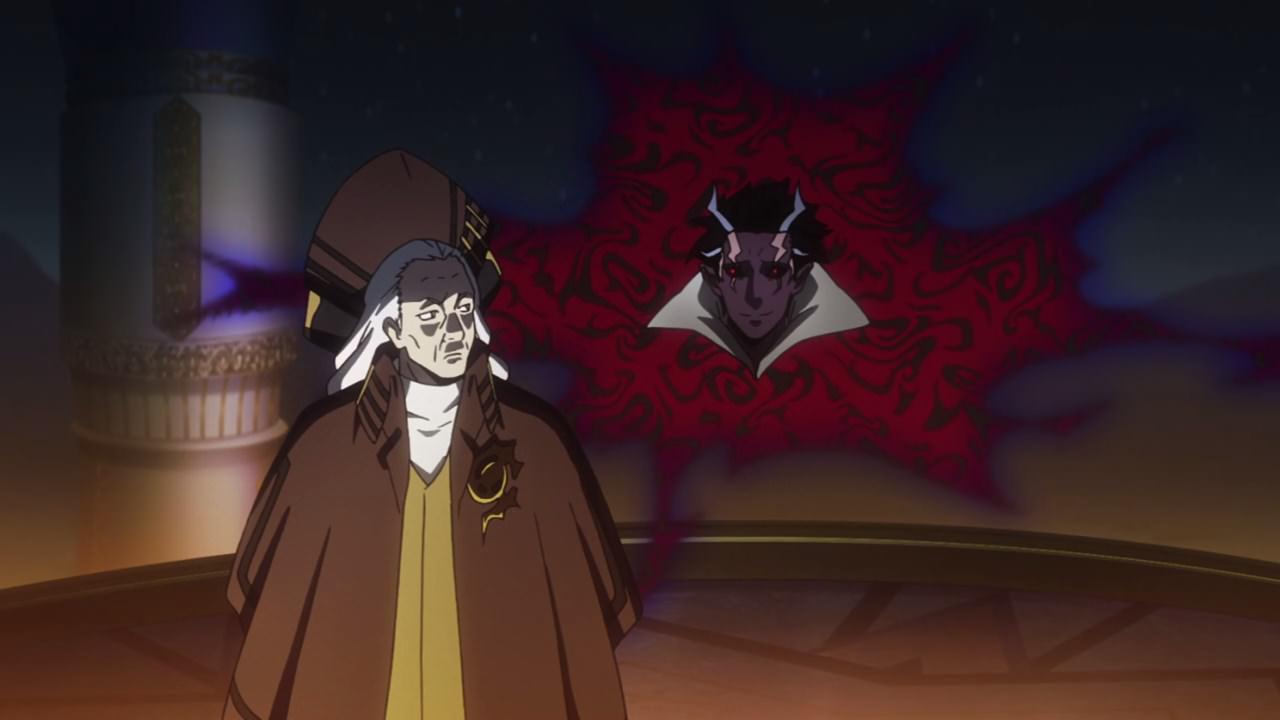 That’s right, it’s the Mage Academy as they couldn’t take it anymore now that both the Union and the Alliance have finally stopped fighting. Oh yeah, seems that they’re in cahoots with Lord Dmitrie as the Vampire King don’t want the Emperor’s Holy Seal to appear and end the chaos within the continent. Strangely though, I wonder when will the Order of the Crests act on this final stage of the Grancrest War?

Anyways, there’s 4 more episodes to go before the finale of Ryo Mizuno’s epic series. I’m hoping that Theo Cornaro will keep his promise till the end!