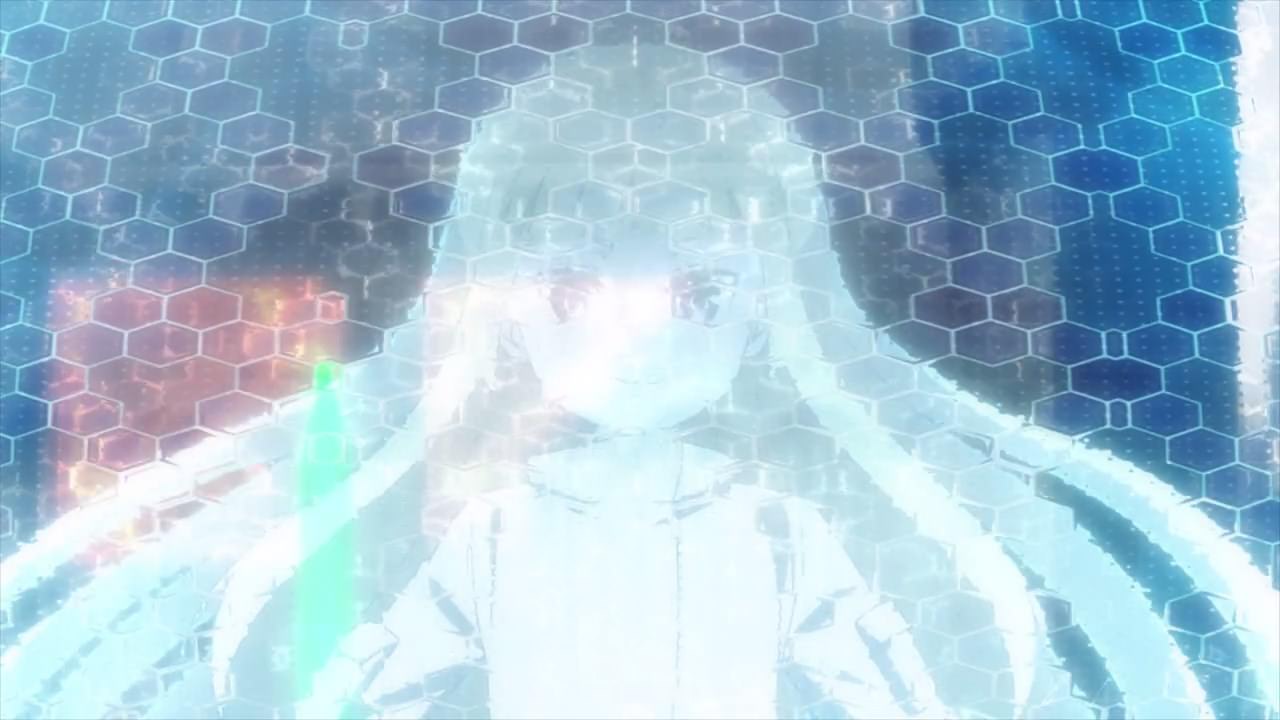 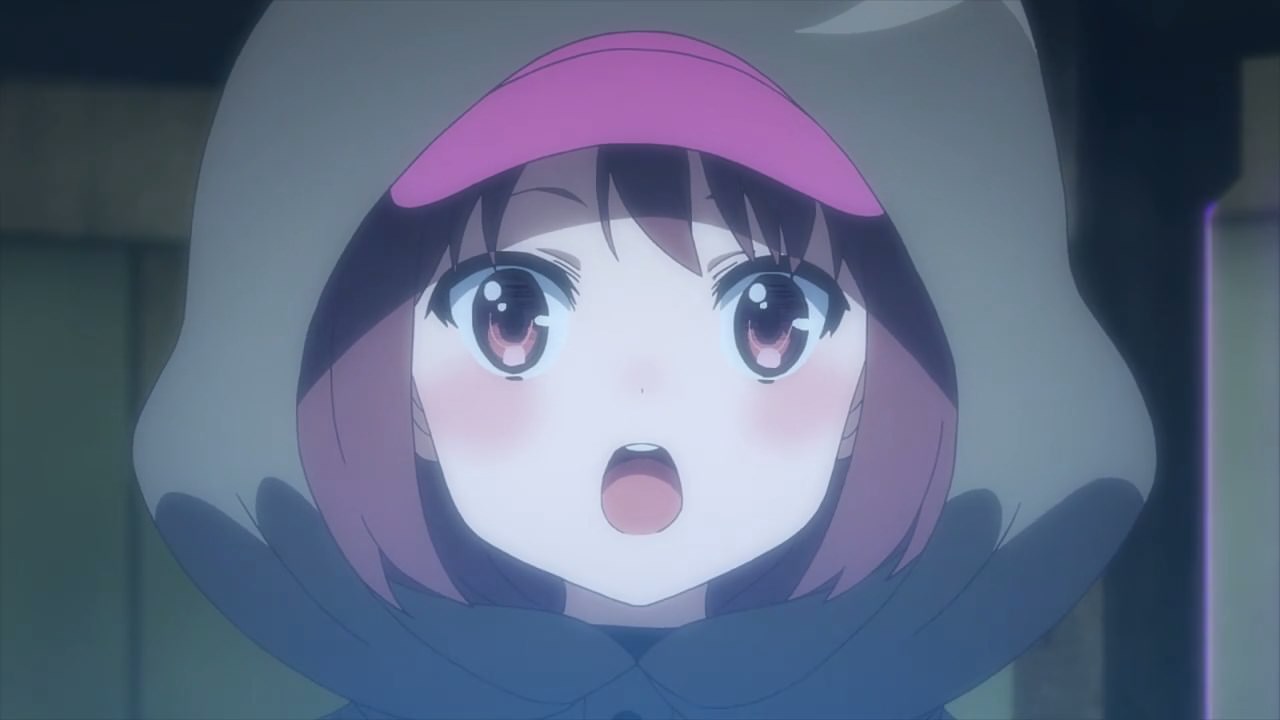 On this episode, looks like LLENN will have her real-life friend join Gun Gale Online and become her new partner in the upcoming Squad Jam tournament. 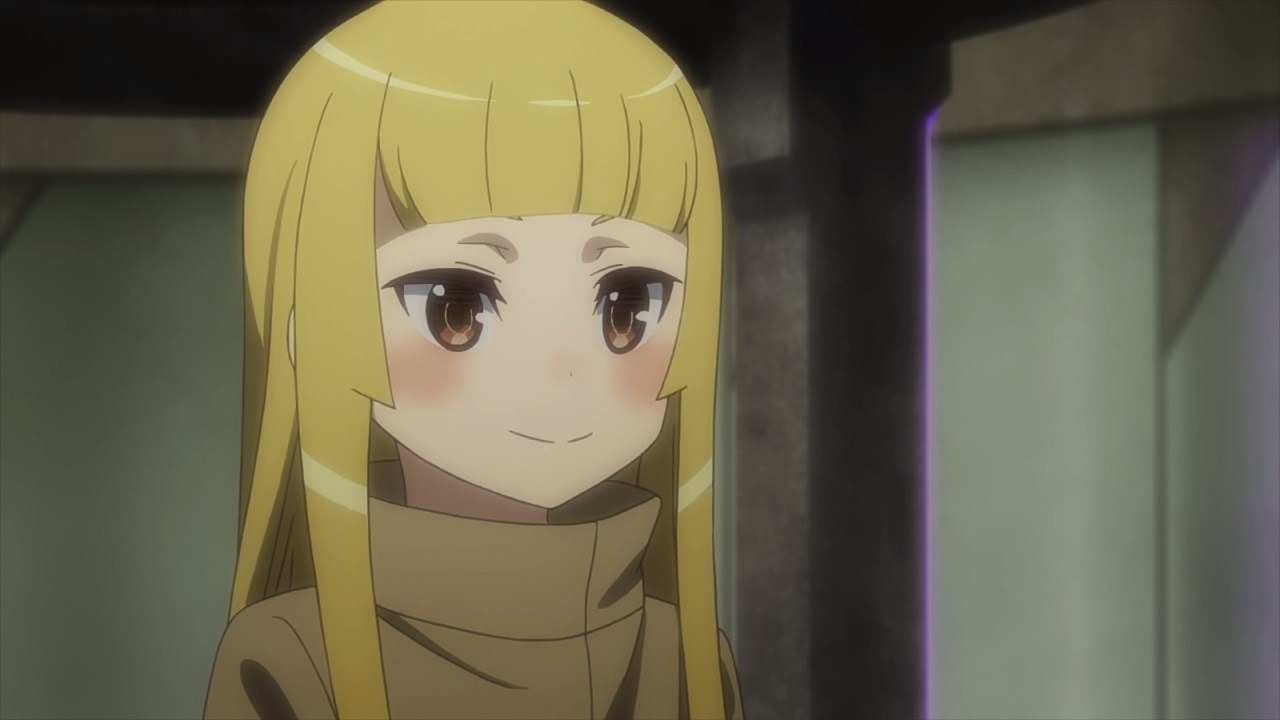 Anyways, this is Miyu Shinohara’s avatar Fukaziroh as it’s named after she wanted to have a puppy at her dorm, but instead got a bird instead until it passed away.

Much like LLENN, Fukaziroh is one of those rare female avatars where everyone wanted to buy her account. Then again, Miyu won’t let anyone sell her account because she loves her cute avatar. 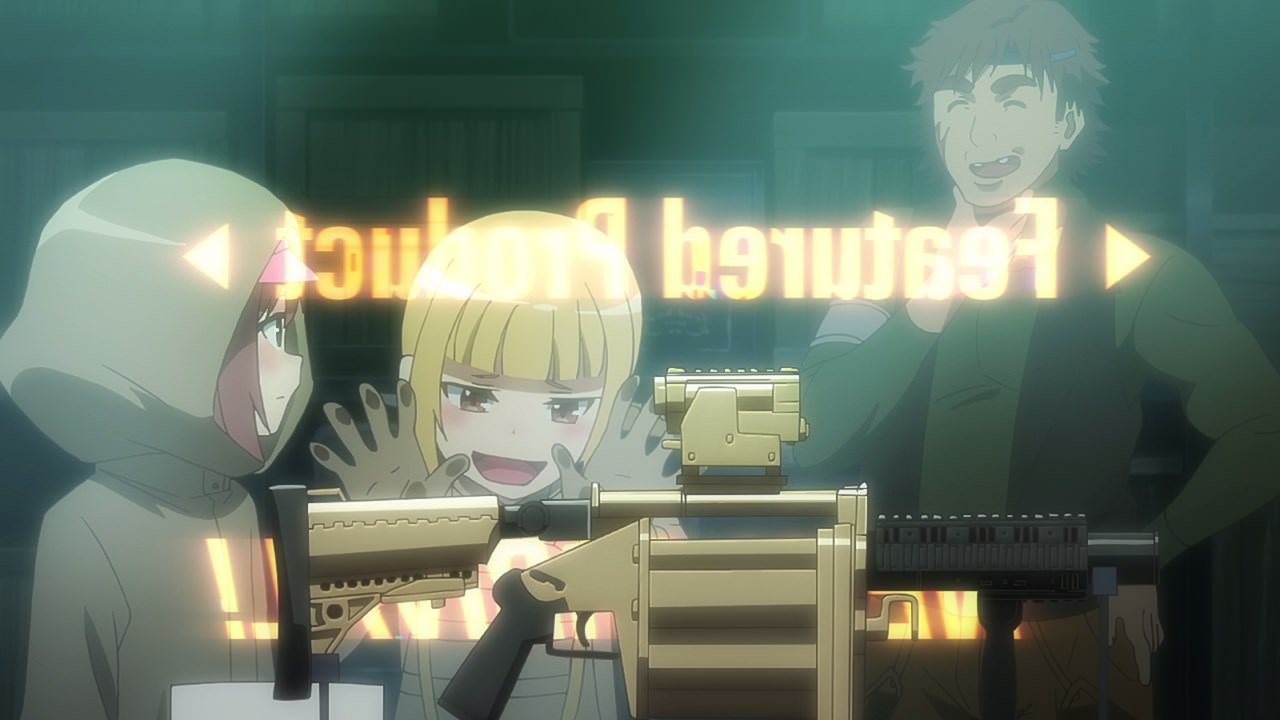 But hey, this Milkor MGL has 6 shots of 40mm grenade shells to rain terror towards its enemies. Therefore, Fukaziroh bought it after getting some money for a certain benefactor. Case in point, it’s none other than M. 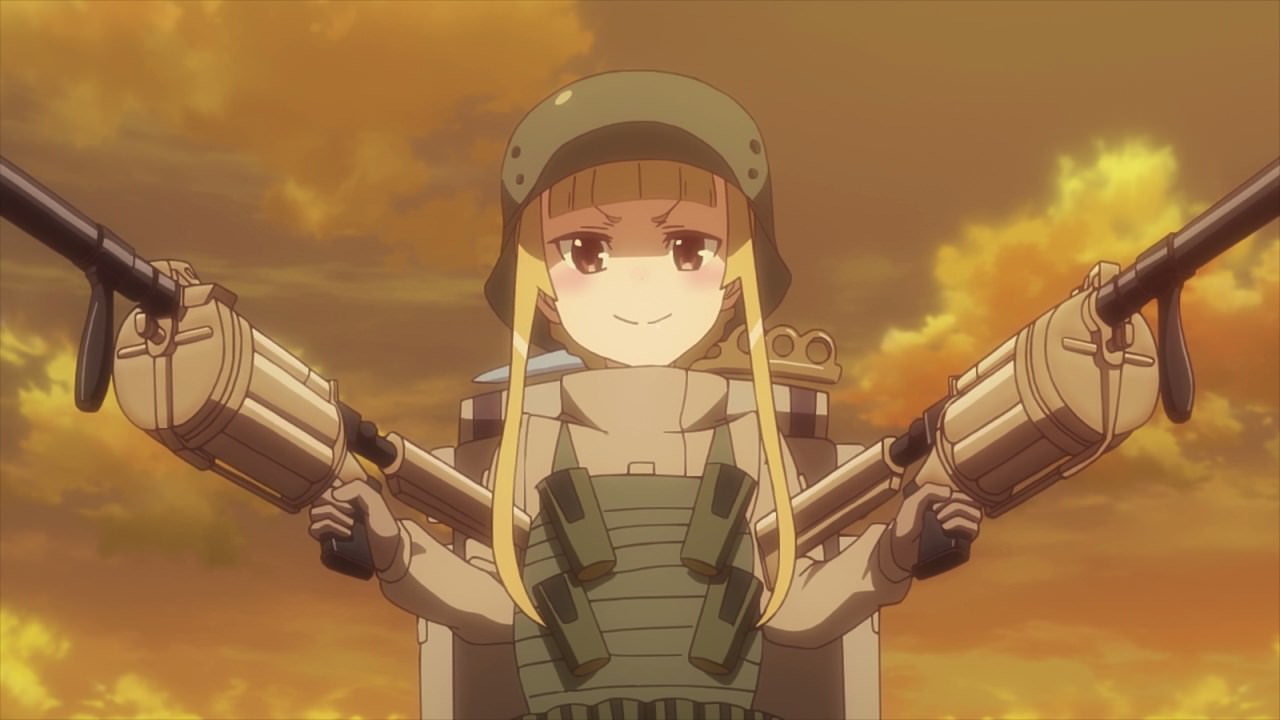 Oh, and why not stop there as Fukaziroh bought another grenade launcher, which she wields it akimbo-style.

Also, notice that she didn’t include any sights as Fukaziroh will rely on the Bullet Circle to guide her shots. 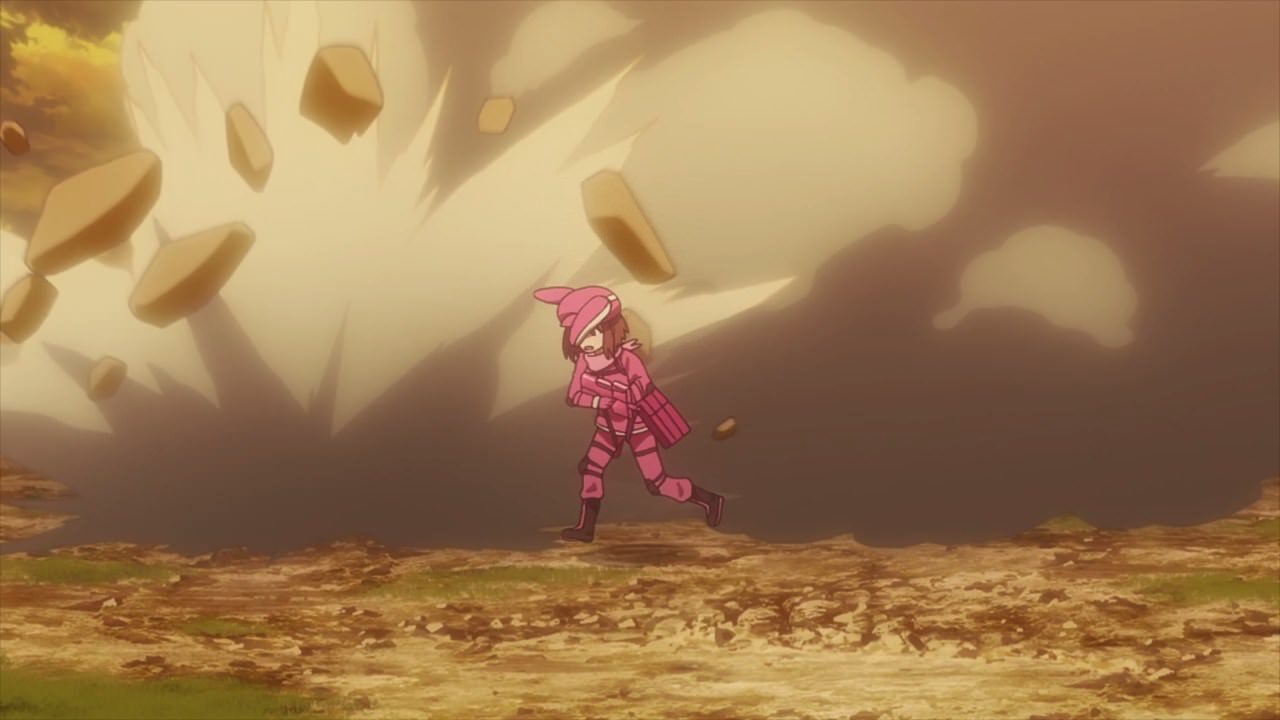 With that said, looks like Fukaziroh to beat the shit out of everyone using her newfangled automatic grenade launchers, much to LLENN’s horror as she tries to dodge away from the ensuing blast. 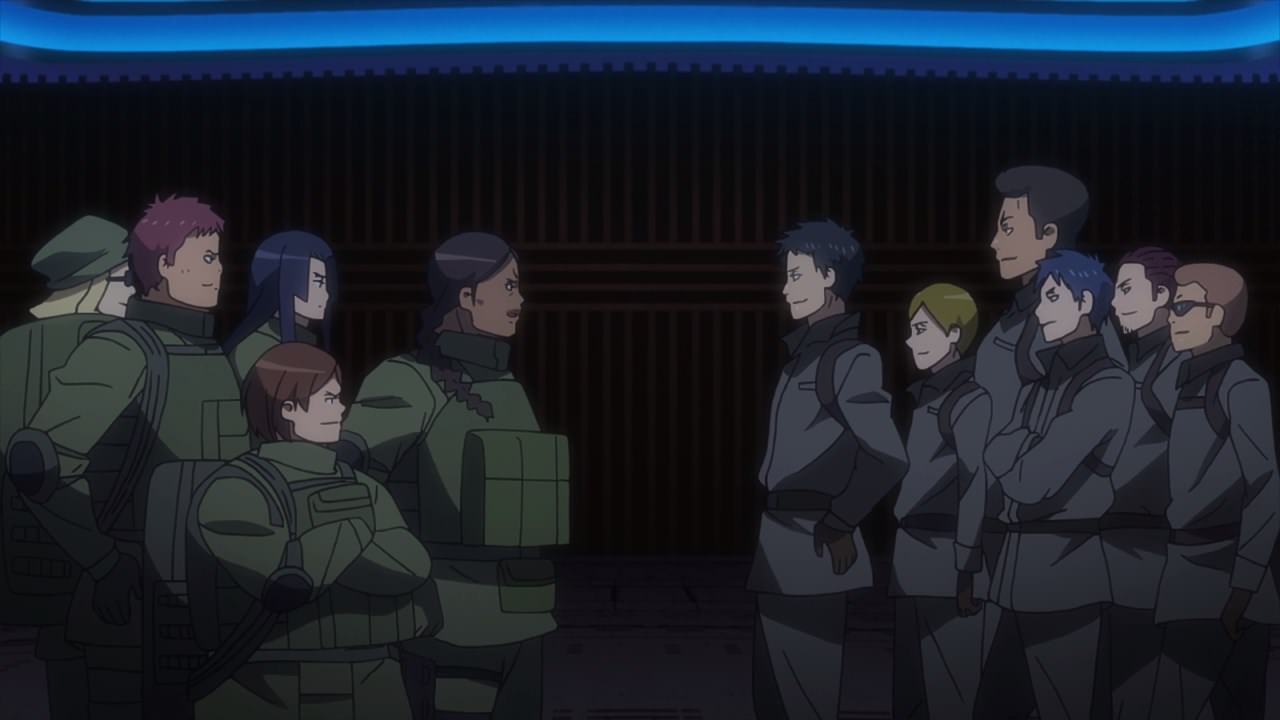 Now then, it’s time for the 2nd Squad Jam tournament as while the rules have changed such as showing the team names and making the satellite scan device destructible, all the players and the finalists such as SHINC and Memento Mori are here to party.

While SHINC are planning to get back at LLENN for their loss on the first tournament, Memento Mori has some reasons to join this tournament other than getting their revenge on the Pink Devil. 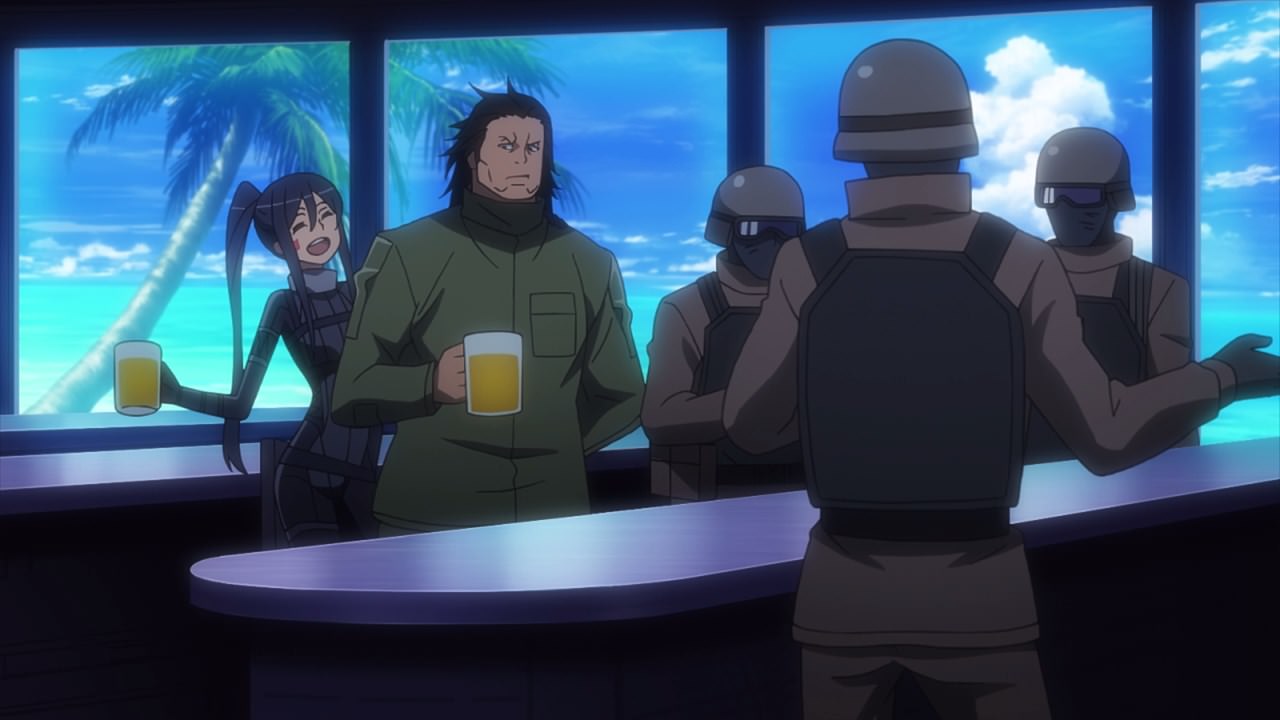 It turns out that the leader of Memento Mori knows about Pitohui as he was once partnered with her during one of the quests. However, it appears that he has bad memories as Pito will always kill everyone regardless of whether if it’s an enemy or ally.

Now, Pitohui has partnered up with M and 4 unknown players, forming the team as PM4. While 4 stands for having 4 new players apart from using the initials of both Pitohui and M as their team name, 4 stands for death as in East Asian culture. That means, the team name roughly stands for “Death to Pitohui and M”. 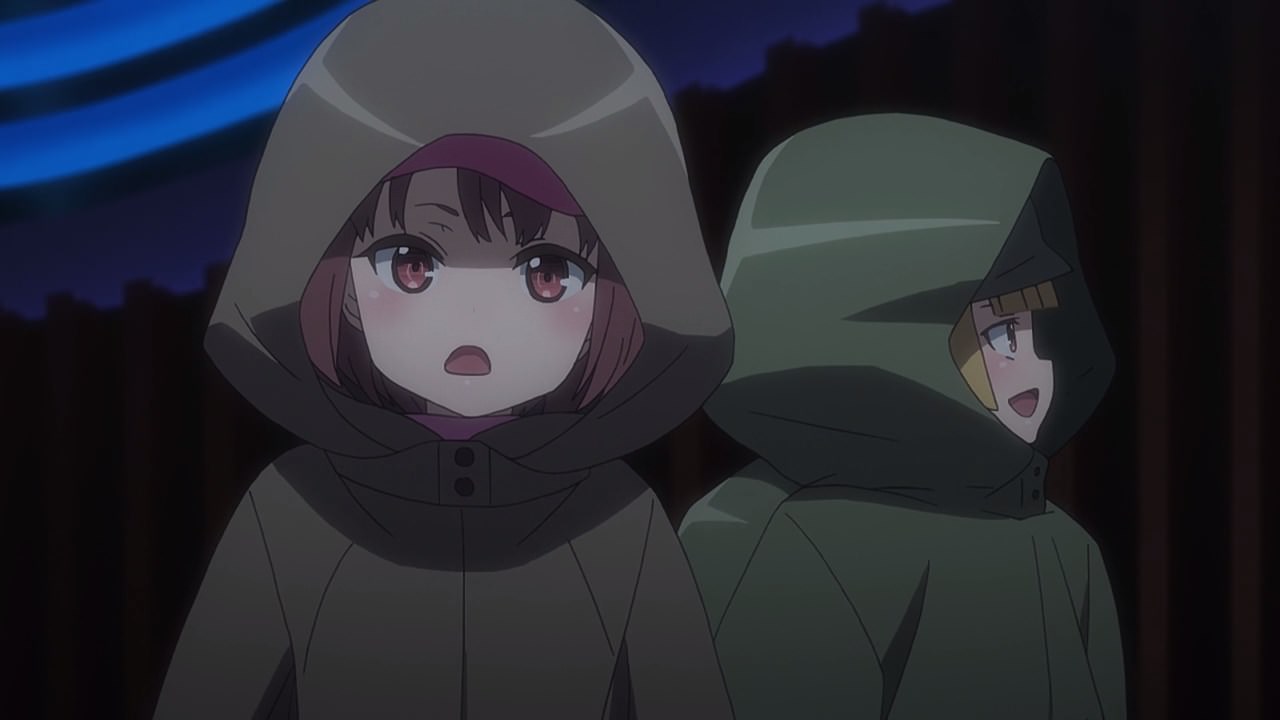 Finally, here’s both LLENN and Fukaziroh as they’re welcomed by everyone as they expect both players to have a good fight throughout the tournament.

I mean, LLENN is the champion and Fukaziroh… is a friend to the champion. Then again, don’t mess with Fukaziroh as she’s an online game addict for years. 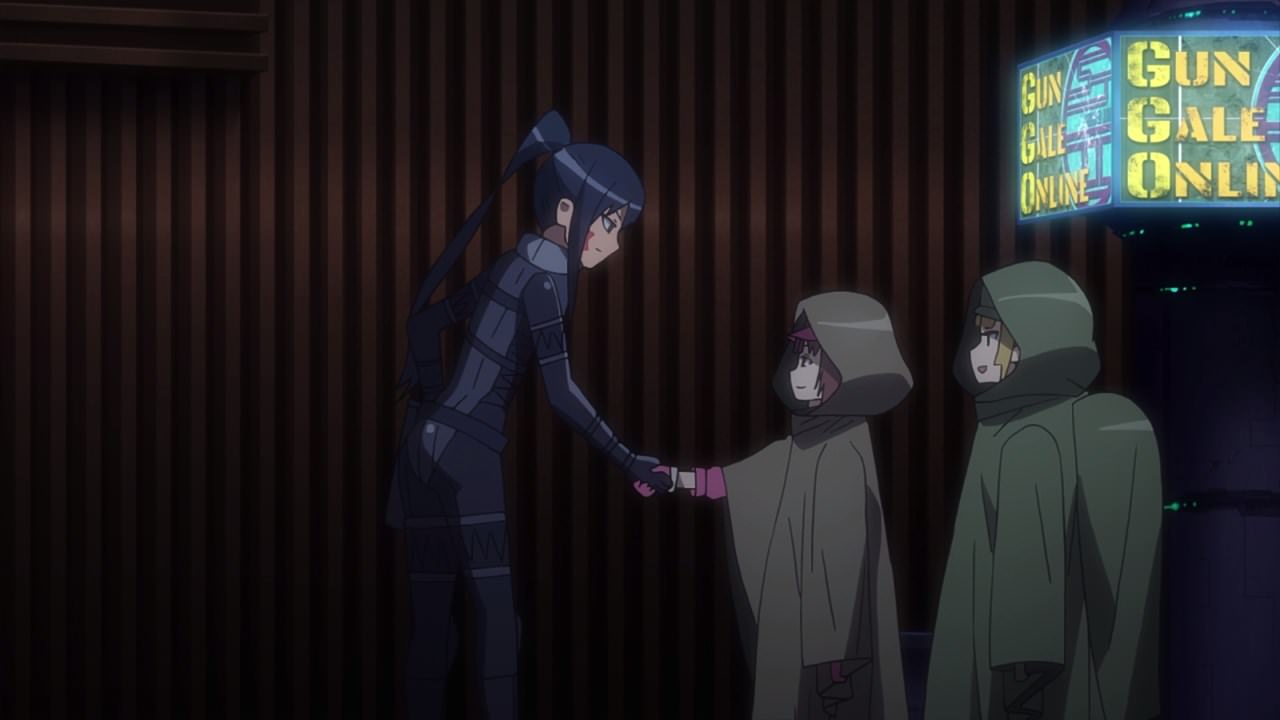 Anyways, let’s end this episode with Pitohui telling LLENN on not to disappoint her during the second Squad Jam tournament. Of course, LLENN will do whatever it takes to stop Pito from committing suicide and meet her in real-life.

Now then, looks like next episode will begin the 2nd Squad Jam tournament. Which team will make it on top? We’ll find that out…