Darling in the FranXX Episode #18 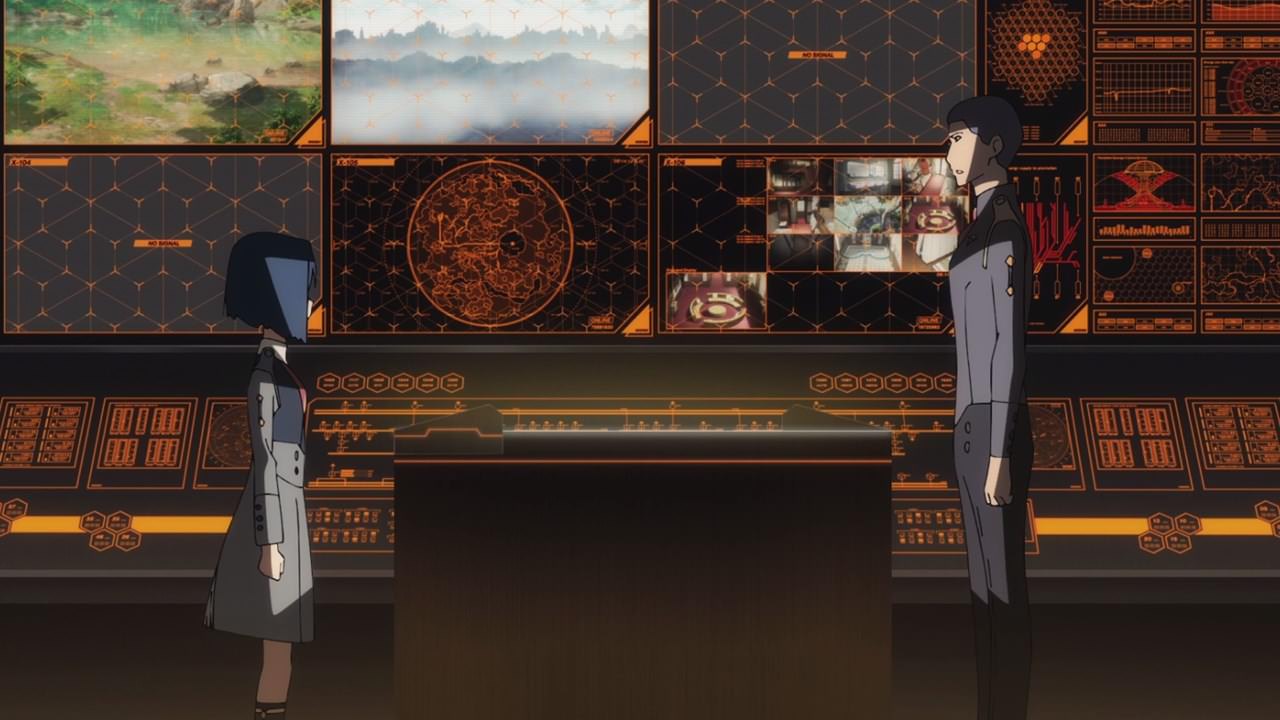 Well, looks like Hachi told Code:015 “Ichigo” to leave Mistilteinn together with the other parasites. It’s apparent that their dormitory won’t be sustainable as there’s no more clean water and the electricity will be cut short.

But you know what, I don’t think APE has any care for their children at this point. Even if they send them to a different shelter, Papa and the rest of the council will let them die anyway! 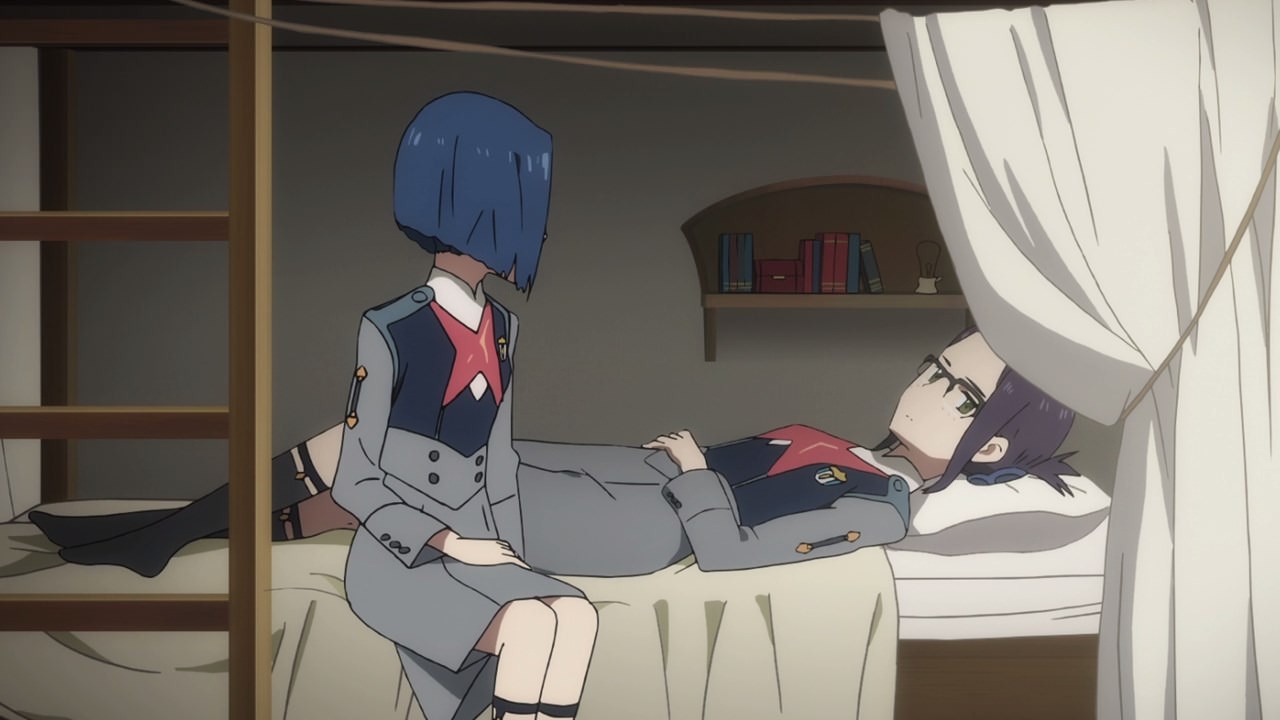 Meanwhile, here’s Code:196 “Ikuno” as while she was angry at the previous episode against 9’α “Nine Alpha”, the reason why she slapped that brat is because Ikuno is in love with Ichigo. 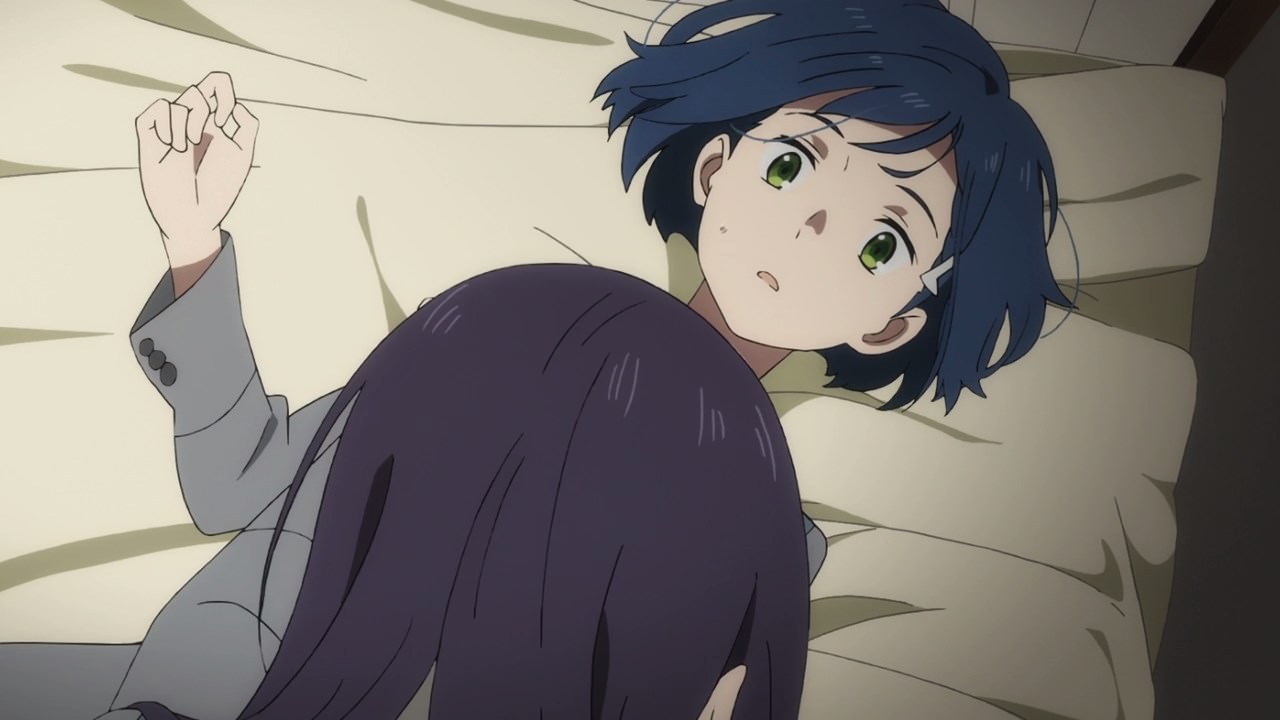 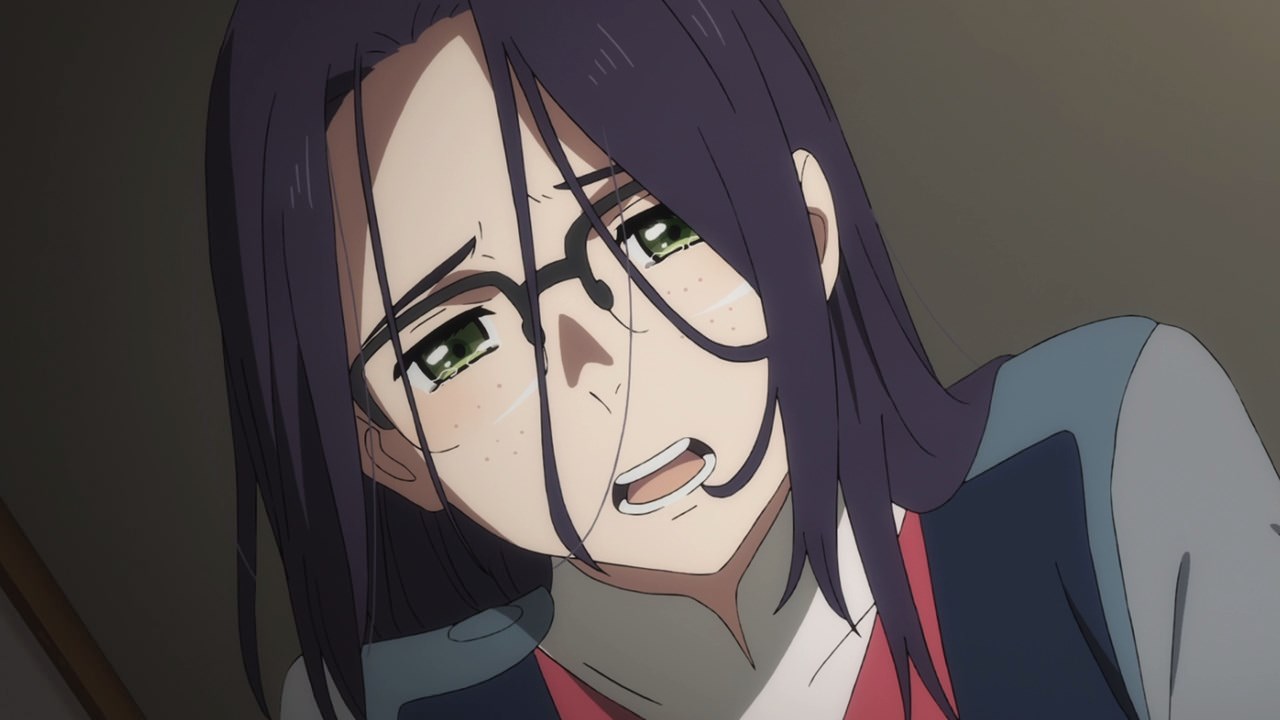 And as you can see, Ikuno told her well-kept feelings to Ichigo. Well, I have to say that Code:056 “Goro” is forever alone together with Code:214 “Futoshi” since their partners went to someone else. 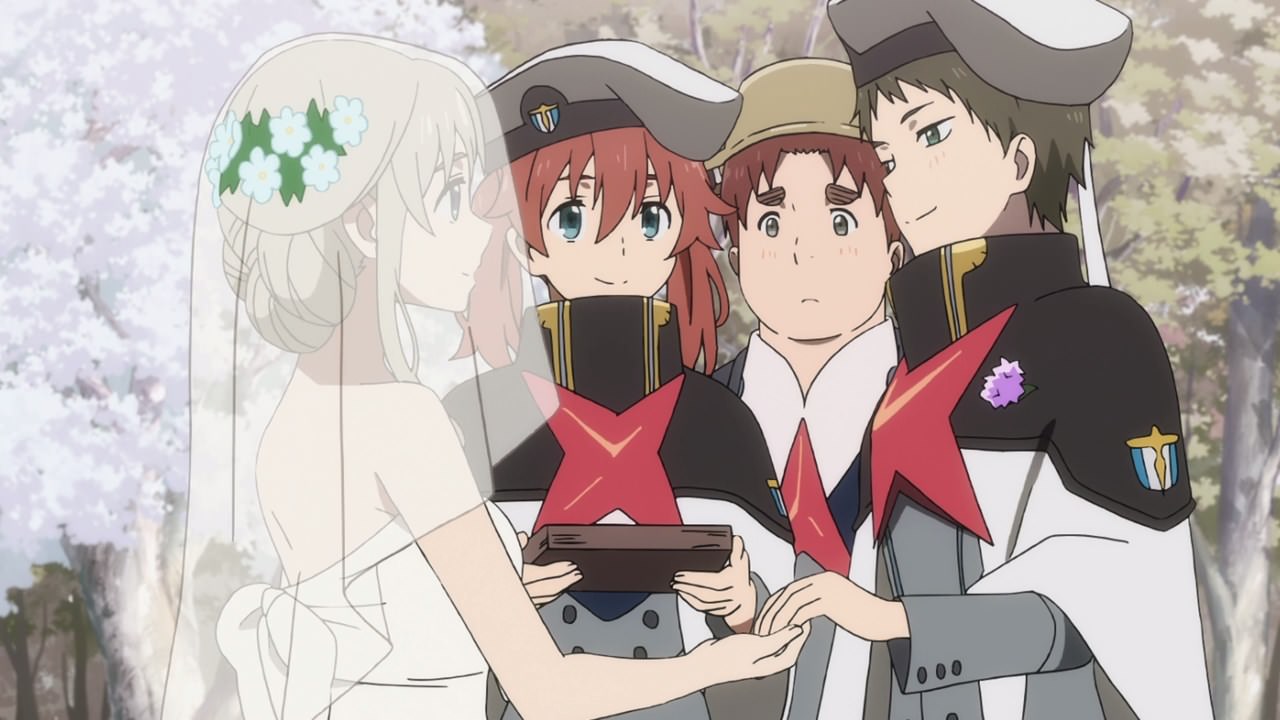 Speaking of Code:214 “Futoshi”, he’ll be the priest for this wedding ceremony between Code:326 “Mitsuru” and Code:556 “Kokoro”, even though Mistilteinn will be in ruins afterwards. 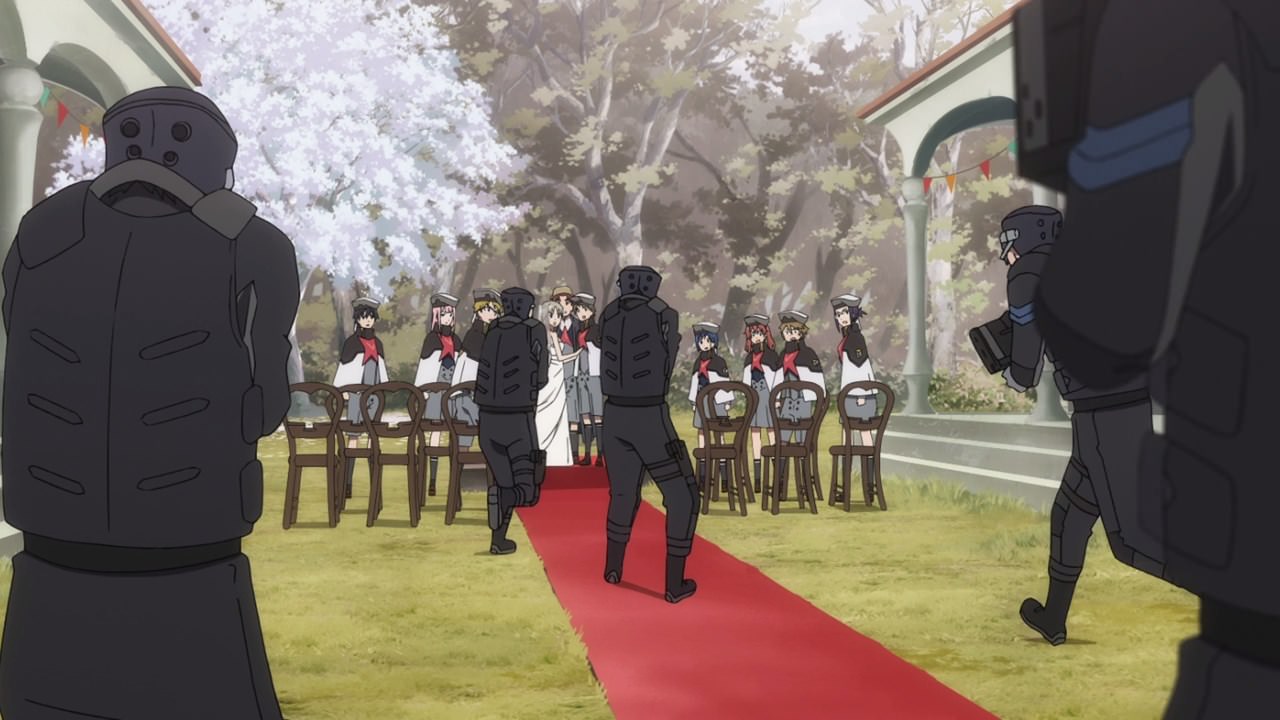 However, seems that the party has been crashed as APE stormed the dormitory. Who did this!? 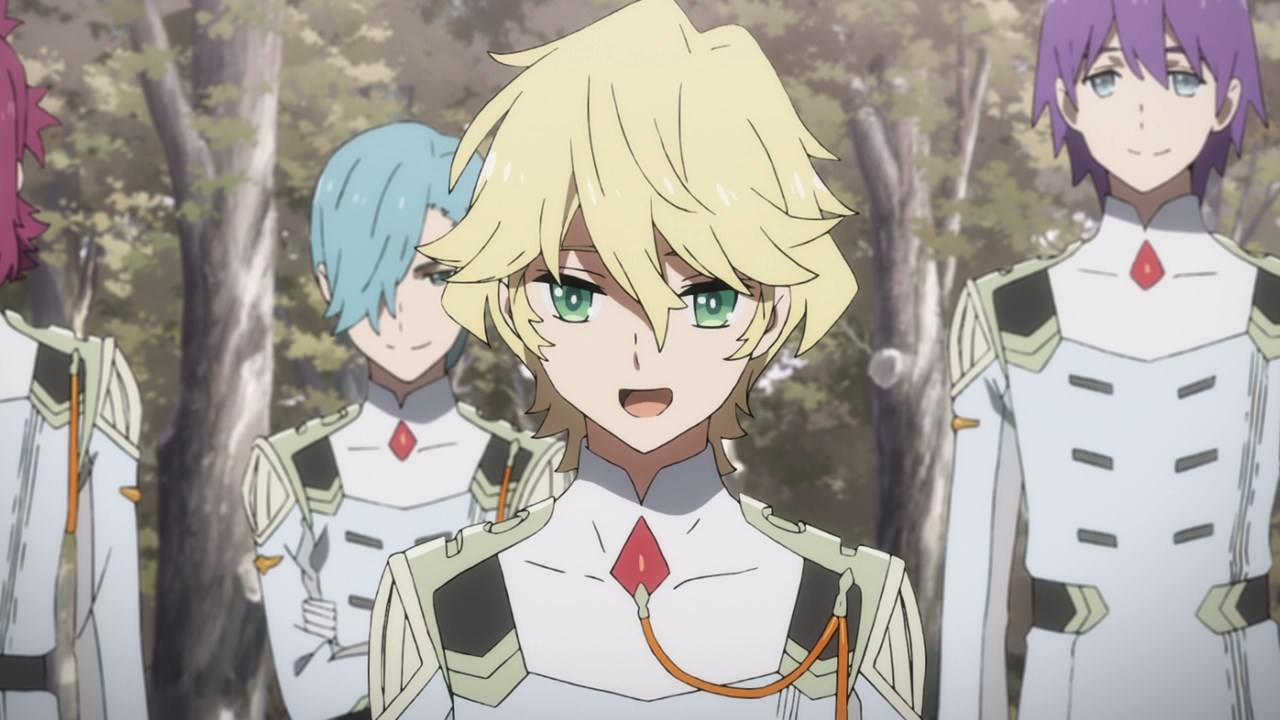 Why it’s none other than 9’α “Nine Alpha” as he told Papa regarding the forbidden taboo that is sex. Fuckin’ 9’s, they sure want to ruin someone’s fun just because they made love on the previous episode! 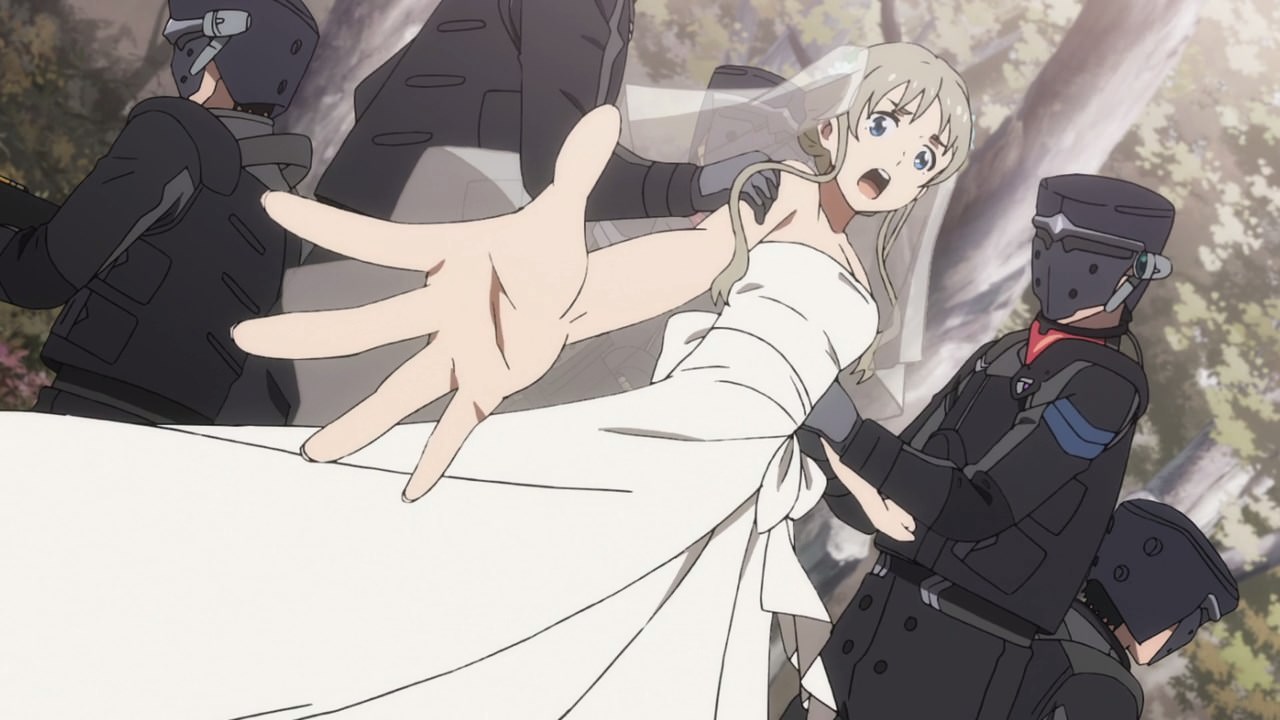 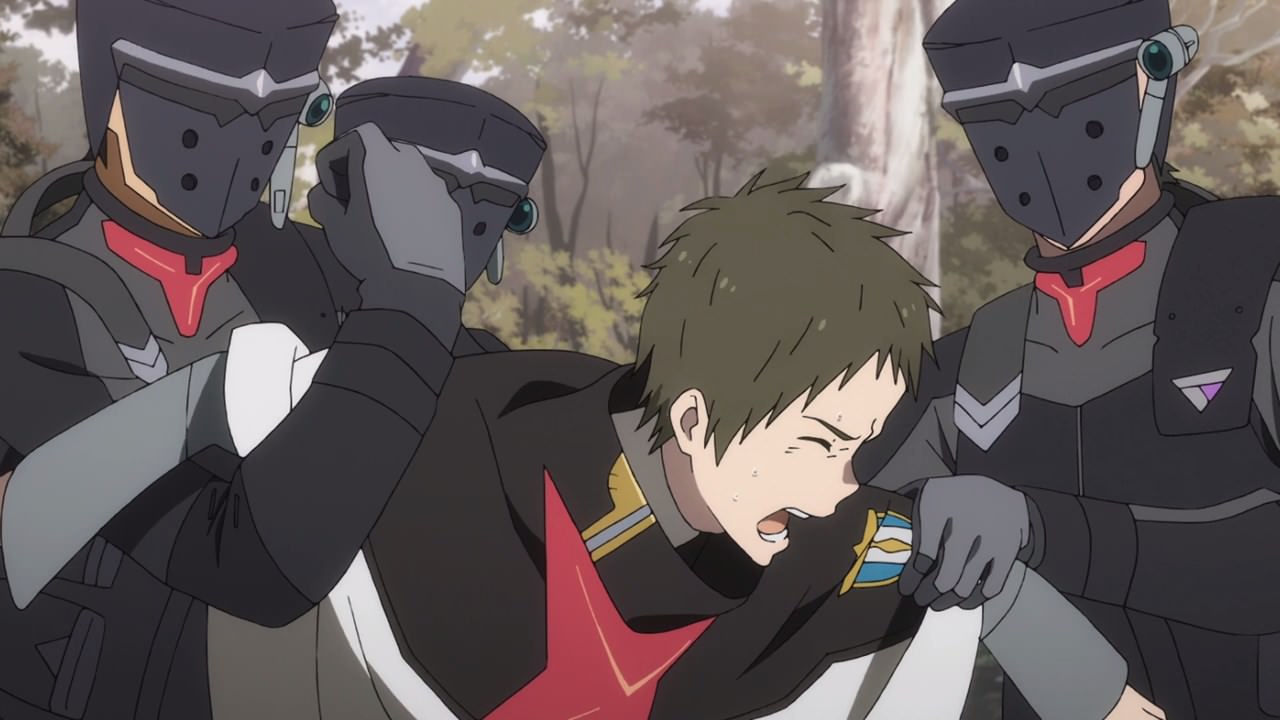 With that said, Code:556 “Kokoro” and Code:326 “Mitsuru” are captured and altered their memories. Everything that was built up for didn’t happen at all.

Seriously, seems that APE doesn’t want children having sex. In fact, who needs to procreate anyway! Ugh, I’m going to move onto the next episode…