Darling in the FranXX Episode #19 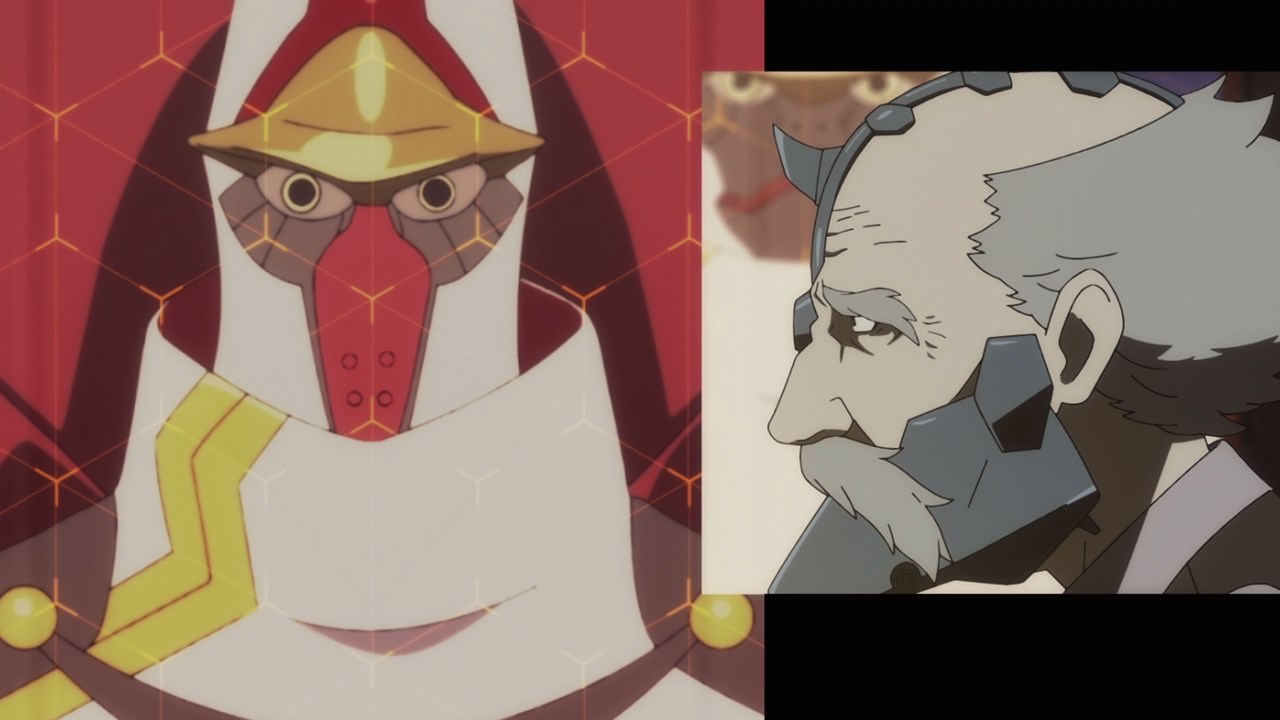 Ah Dr. Franxx, the man who invented mechas named after himself for the sole purpose of killing the klaxosaurs. However, it appears that there’s more to this man than meets the eye.

Seriously, we’re gonna dwell into Dr. Franxx’s past after that shocking Episode 18! 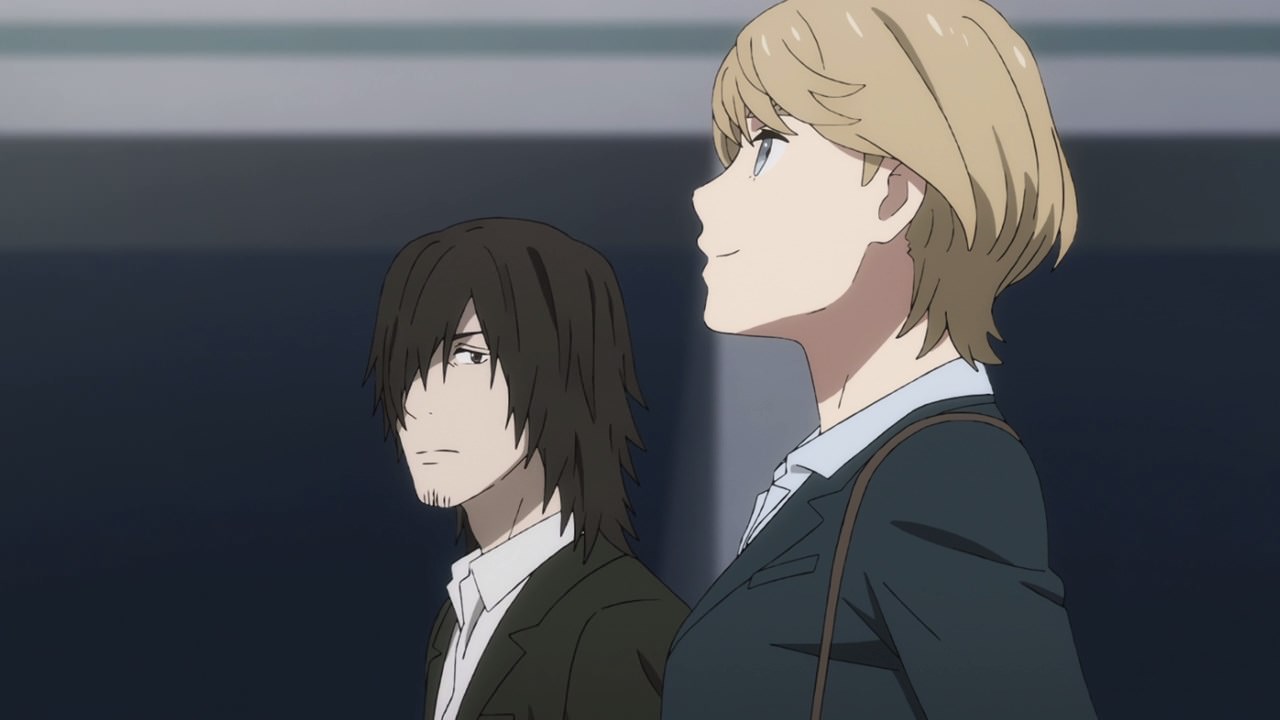 Anyways, before he’s known for making giant robots, he’s simply known as Dr. Werner Frank where he was hired by APE because of his research.

Joined by Karina Milsa, Dr. Werner Frank went ahead for his experiments which involves using magma energy, APE’s well-known power source which will give infinite energy. 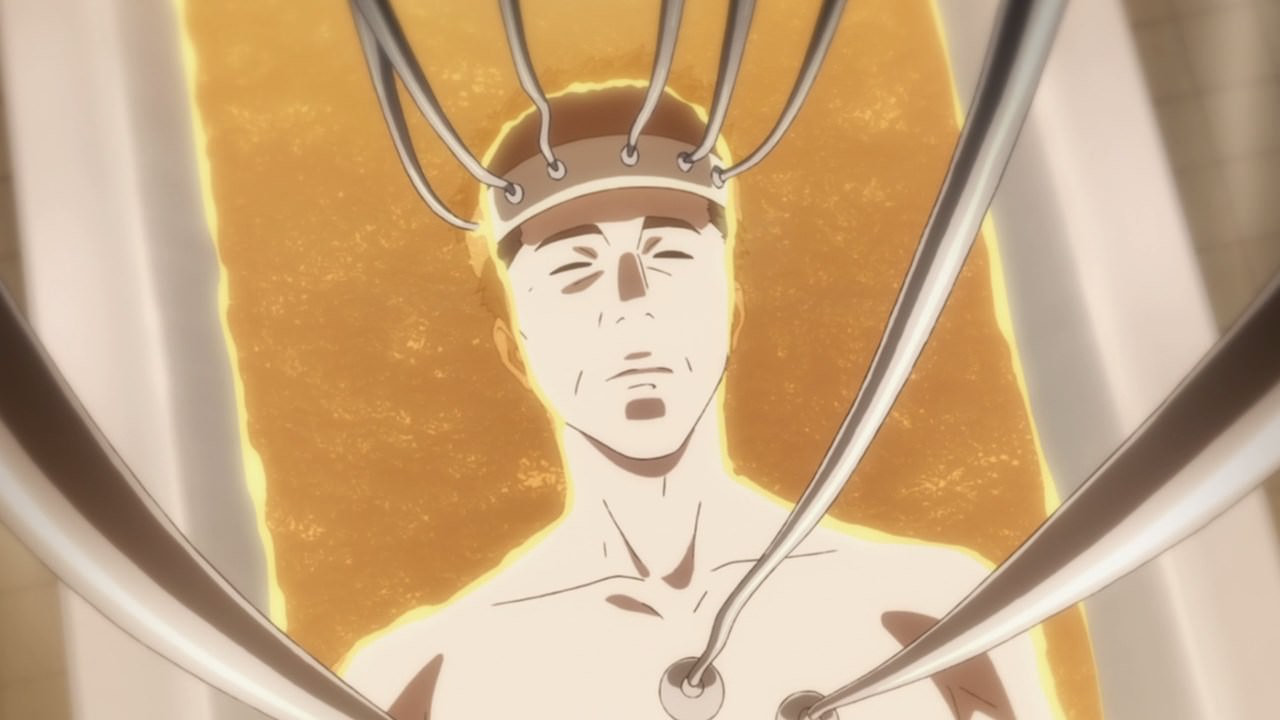 Turns out, APE wanted to achieve immortality using their newly-discovered energy. However, there’s a drawback as becoming immortal has a side-effect as it’ll lose their reproductive organs.

Still, it doesn’t matter for APE as they’ll do whatever it takes to get that eternal youth at the cost of everything else. Sure that civilization has progressed faster thanks to magma energy, but it costs the whole world to become barren as a result of their research. 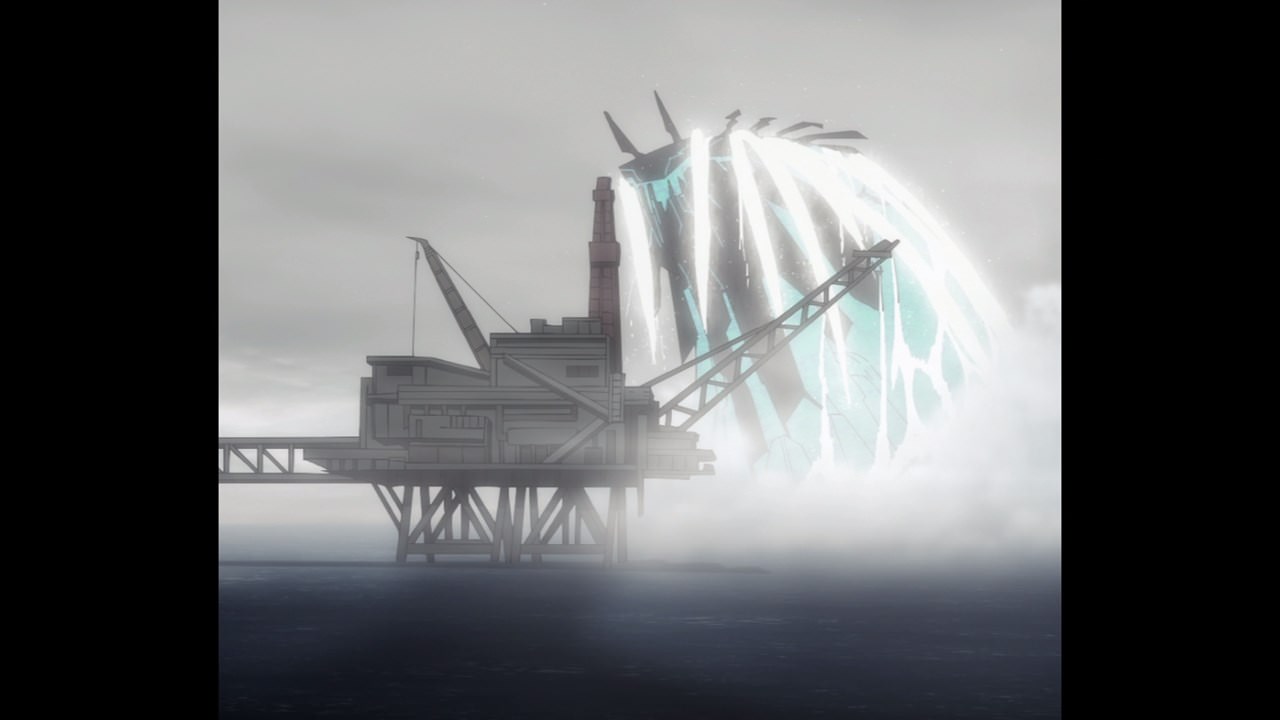 And then, the klaxosaur appeared out of nowhere as these monsters attacked them without warning. Something needs to be done in order to defeat the klaxosaurs and thus Dr. Frank created robots to combat them. 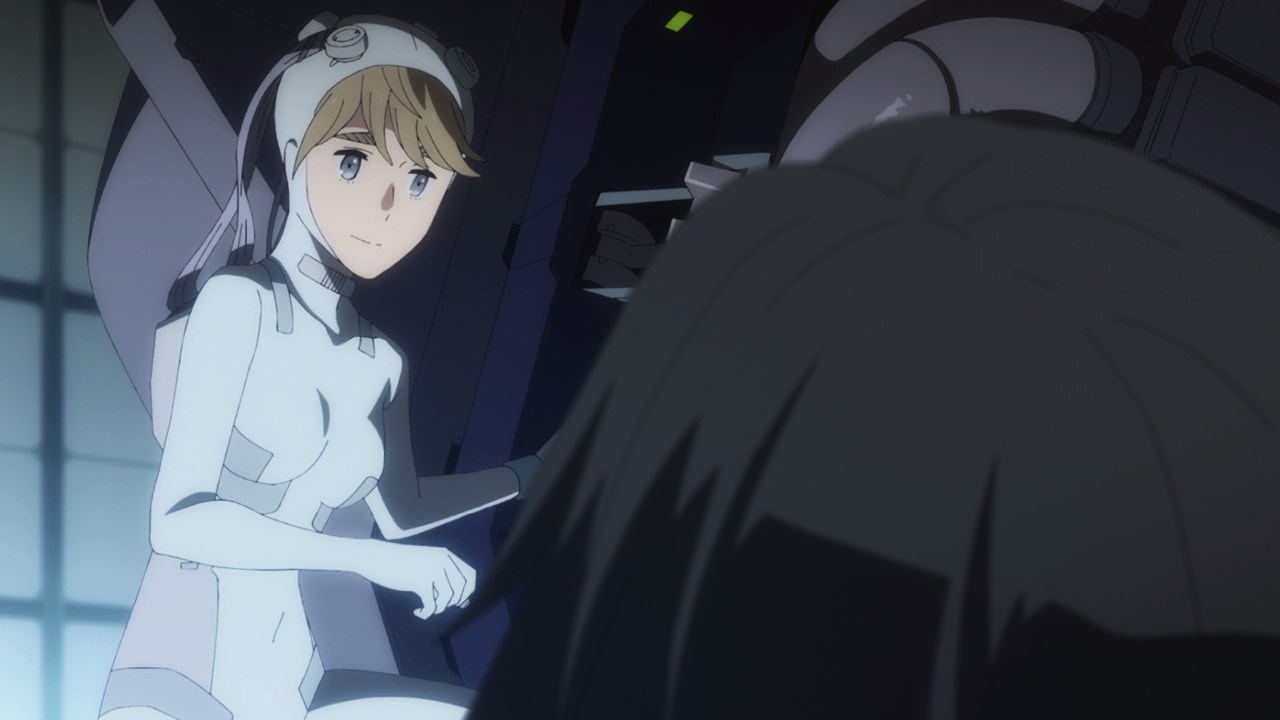 However, creating the FranXX is not easy as there’s a problem in regards to stability. 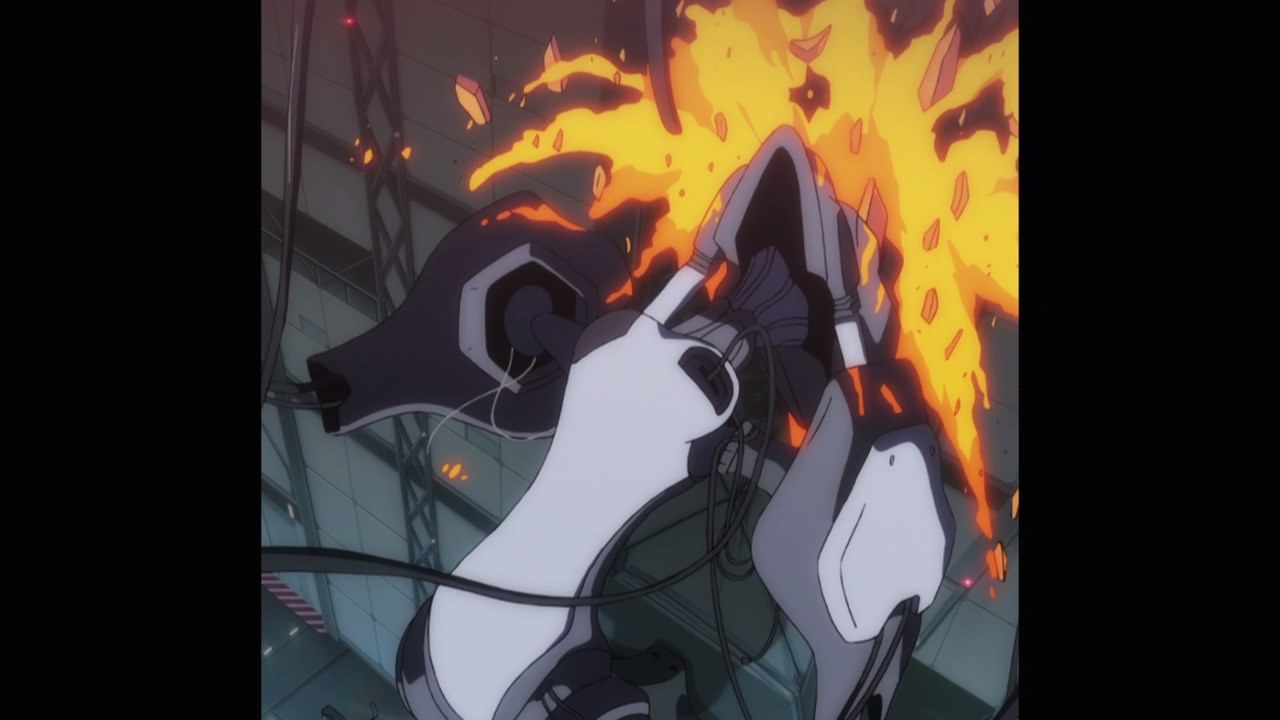 Unfortunately, it didn’t go so well for Karina as the FranXX went out of control, killing her in the process. Luckily, Dr. Frank has a solution in which he needs a male and female pilots, with their reproductive organs intact, to run the FranXX together.

Yeah, it’s ironic that despite humanity achieving immortality at the costs of their instinct of procreation, they need to have children in order to kill the klaxosaurs. Thus, the parasites are born. 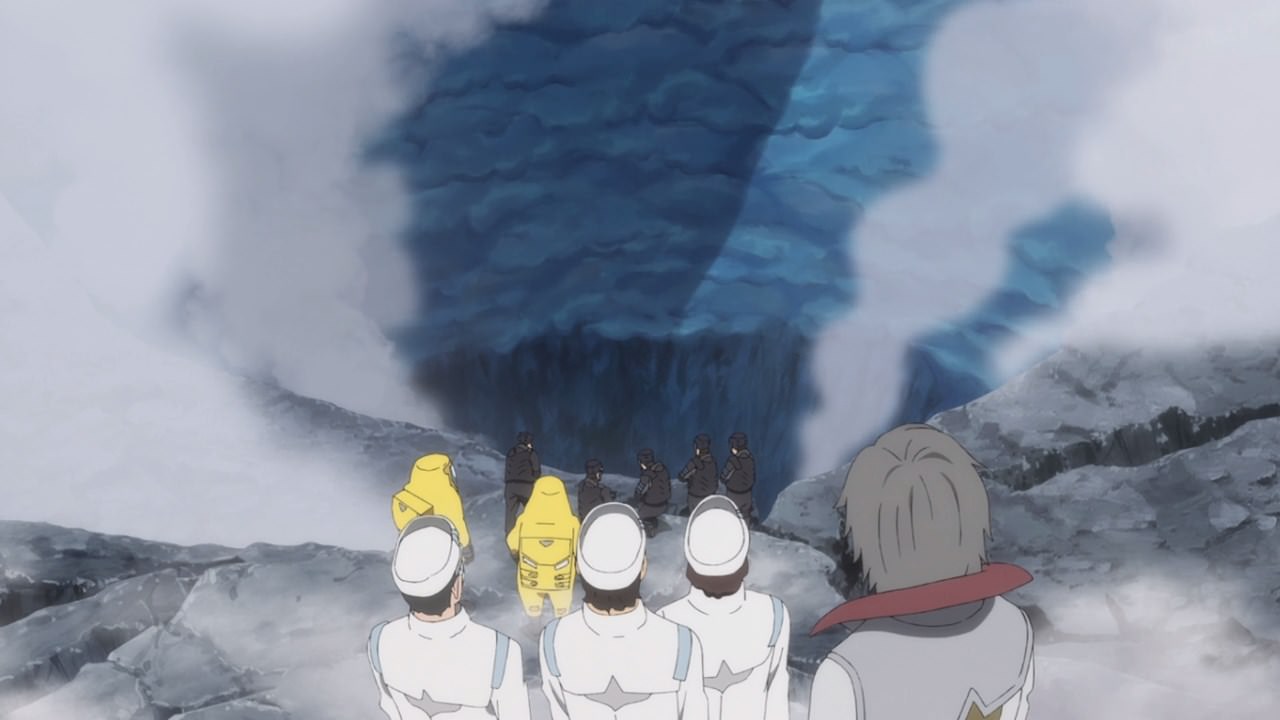 Oh, and it’s not over yet as Dr. Frank went to a place where the klaxosaur princess resides. Of course, there’s a catch as APE wanted to have a sample of the klaxosaur.

Hmm, I still don’t know why they need klaxosaur DNA? To achieve further beyond immortality? Might as well become ghosts instead!

However, going inside the klaxosaur’s nest is very dangerous as everyone got maimed and pierced, with Dr. Frank remaining as the sole survivor. 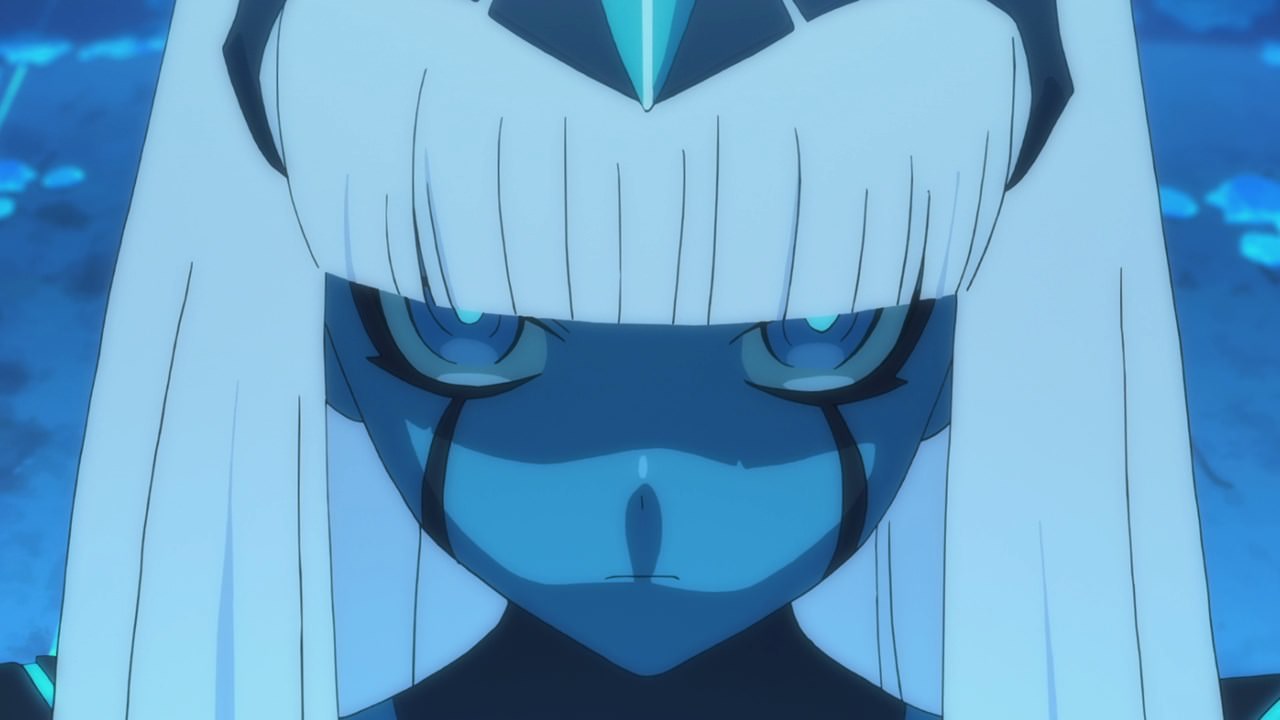 And here’s the klaxosaur princess as she appeared in front of Dr. Werner Frank as it turns out that reason for sparing his life is because the princess found that Dr. Frank still has those precious jewels between his pants. 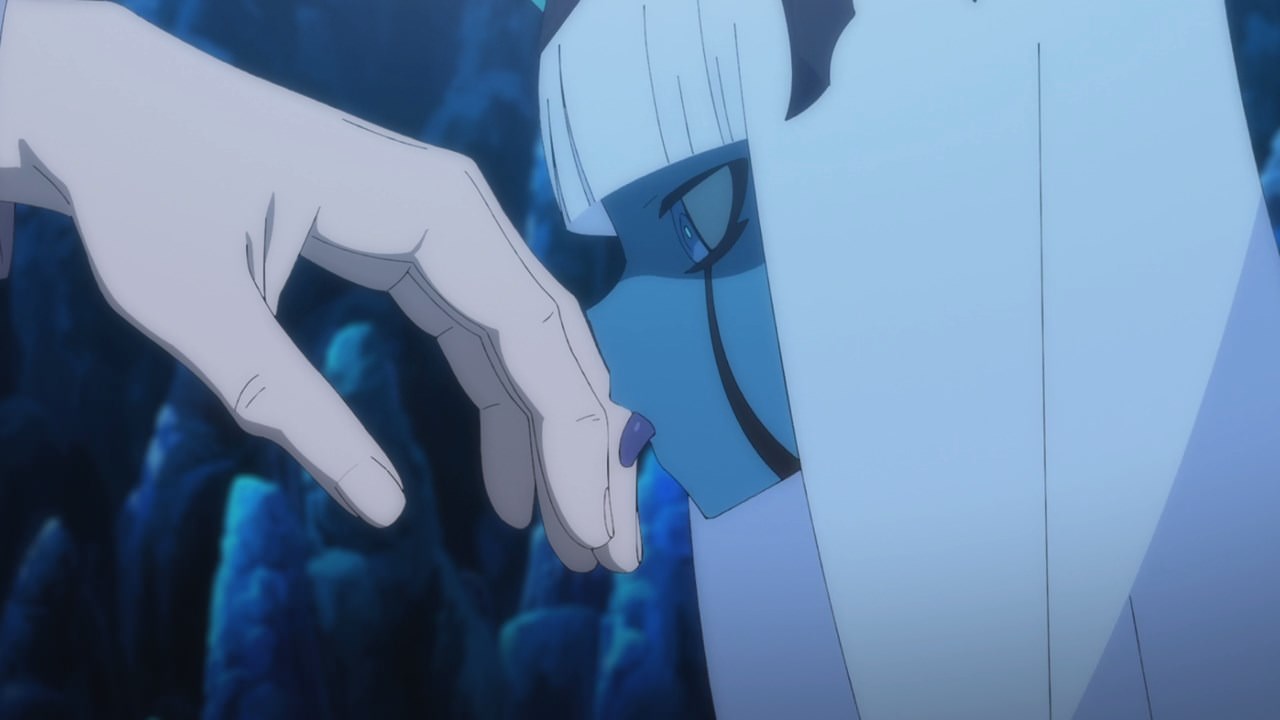 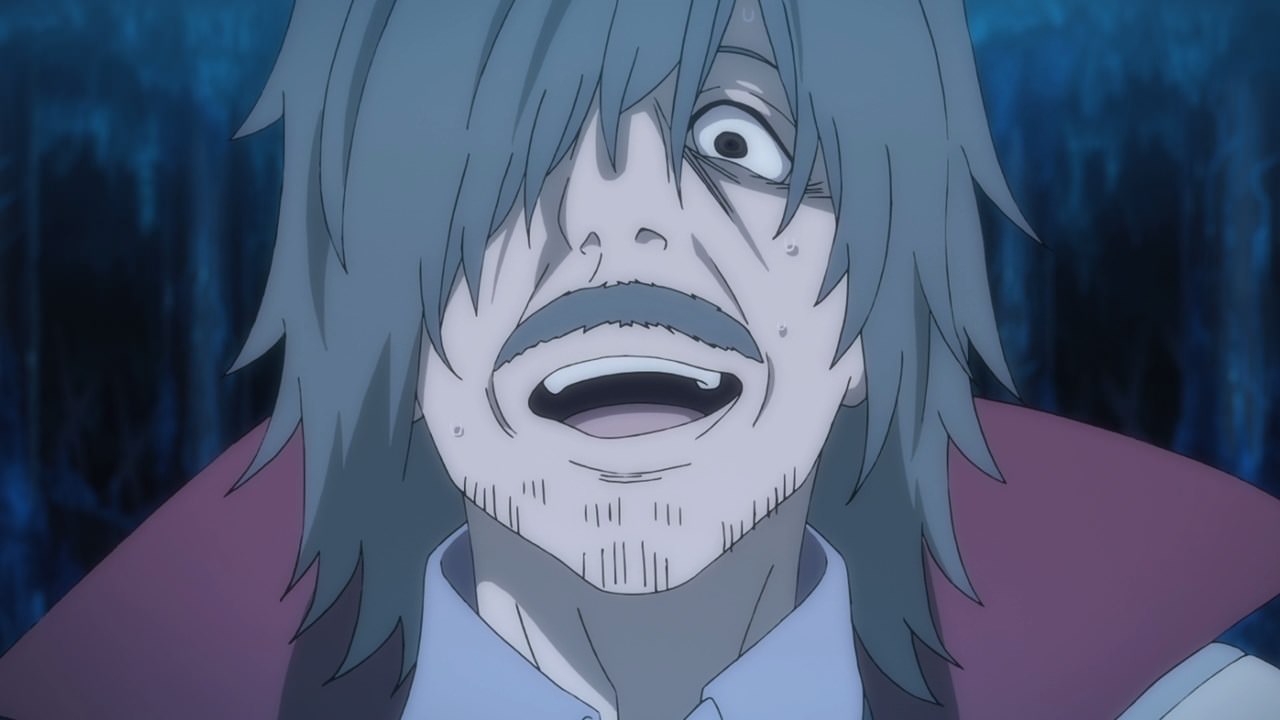 Also, seems that the princess is fond on Dr. Frank that she licked his hand, which Dr. Frank liked it so much.

Oh boy, looks like this man is gaining some weird fetish after losing his wife. Doesn’t matter, he still continues his research because APE said so…

…even at the cost of his arm as the klaxosaur princess bit it off from Dr. Frank. Thus, he got a prosthetic one and renamed himself as Dr. Franxx.

Fortunately, he managed to get a sample of the princess’ DNA which proceeds to create one lifeform that has some klaxosaurs’ traits. Yes, I’m talking about Code:002 “Zero-Two” and seriously, this is one messed-up backstory!

Still, I don’t know why Papa and the rest wanted to get a sample of the klaxosaur princess’ DNA? Hmm, I know the answer as I feel that they want to be immune from being killed by the klaxosaurs, especially that giant hand which swatted everyone back in Episode 15. Then again, I don’t think APE will succeed. 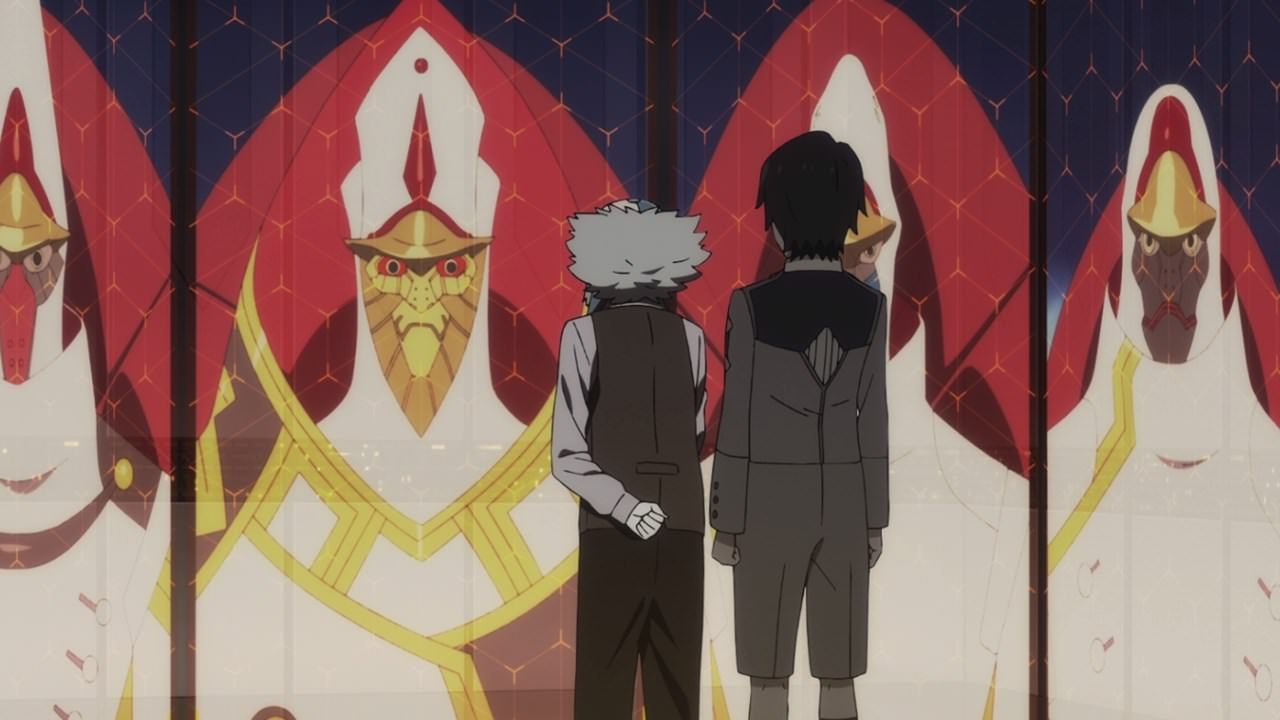 Speaking of APE, they won’t change their decision to return the memories of both Code:326 “Mitsuru” and Code:556 “Kokoro” because sex is dangerous, even if Code:016 “Hiro” asked them politely. And besides, who needs to procreate when humanity achieved immortality.

So what, are they gonna continue cloning themselves then? Oh wait, since Papa and the rest will not use the kids anymore once they destroyed all klaxosaurs, might as well destroy the cloning machines too. Therefore, humanity will remain stagnant until they fall off a cliff or something. I mean, they’re still vulnerable from having their limbs cut off or even their brains blown off. 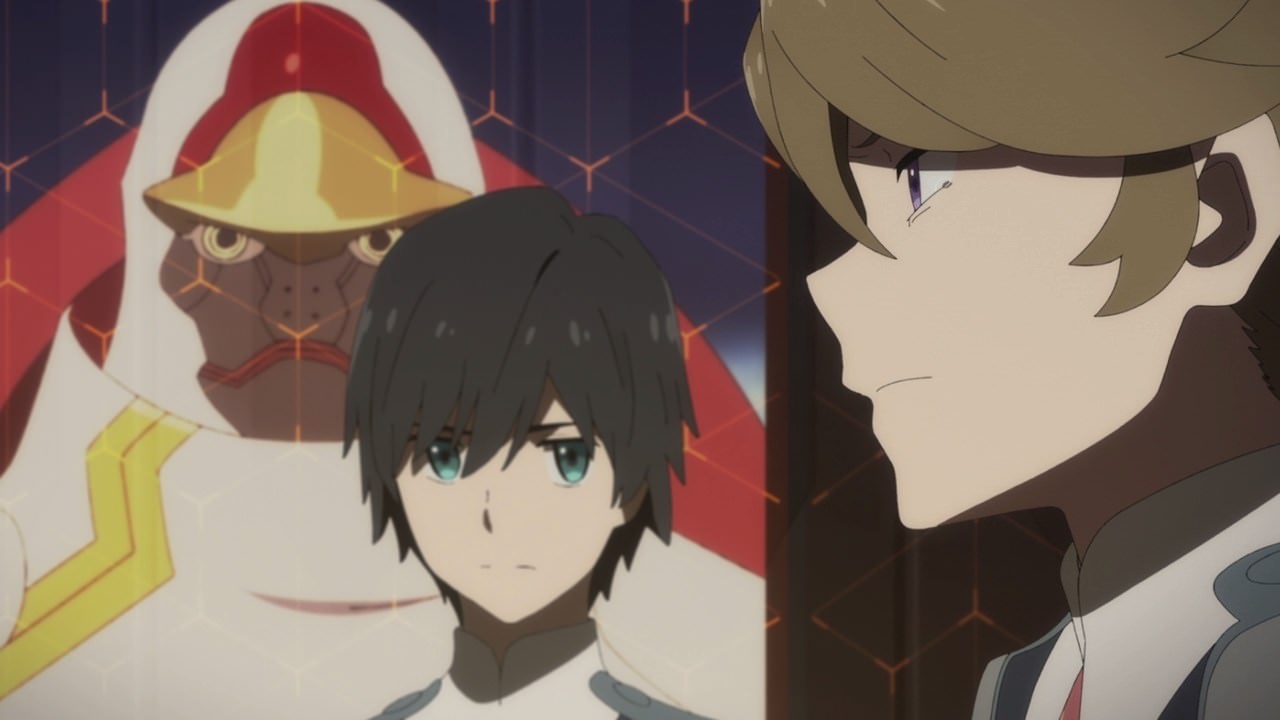 Also, here’s Code:666 “Zorome” as he asked Papa if he’ll become an adult once he killed all klaxosaurs. However, Papa and the rest didn’t answer Zorome’s question. Then again, who needs to give them an answer since Papa and his council will just use those kids for their ambition. And even if they survived, becoming adult is not easy since they might lose their emotions and even their reproductive organs.

With the council falling into deaf ears when it comes to both Code:326 “Mitsuru” and Code:556 “Kokoro”, Code:016 “Hiro” told Papa to set him and his team-mates free once the final mission is over. Then again, I doubt that APE will give them freedom because there’s a price for that, or not give them at all.

In any case, we somewhat saw APE’s true colors and seriously, they’re the real antagonists at this point instead of the klaxosaurs. Of course, will Hiro and his friends survive and somehow change their fate instead of being pawns to Papa and his nebulous council? We’ll find that out on the next episode!