On June 2, 2018, I’ve just watched another Love Live! concert… with some minor differences.

That’s right, this is Saint Snow’s first concert with some guests from Aqours performing at Hakodate Arena. Much like the 2nd Live, this special concert is delayed but that’s okay because I’ve enjoyed watching it. That’s what counts!

As always, I would like to thank Anime Seiyu for the official pictures and shout-outs to both the Love Live! subreddit page and Anime PH Project for news leading up to the concert. Also, you may check out the official Love Live Twitter page and Dengeki G’s website for more pictures.

Anyways, my journey starts at the SM Mall of Asia and unlike last time, I came at the mall a bit early. Excuse me, I came way early than expected. Unfortunately, the crowd is a bit small unlike last time as most of the fans went to SM Megamall… or so I heard.

With that further ado, let’s move onto my impressions for Day 1 of the Hakodate Unit Carnival. Unfortunately, that’s the only thing we got as there’s no delayed viewing of Day 2. 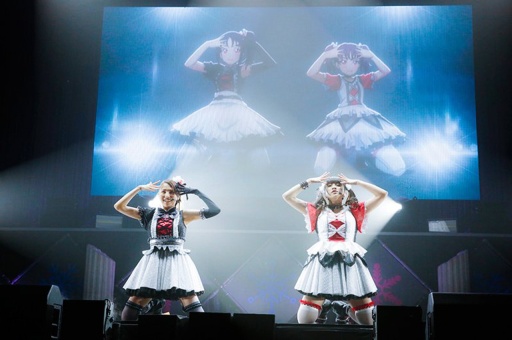 Now then, let’s start the concert with an opening act of Saint Snow. They performed two songs from Season 2 “DROPOUT!?” and “CRASH MIND”, which I’ve enjoyed it in its full version. Oh, and they returned for their performance of “SELF CONTROLL!!” after their guests are done.

I must say that Asami Tano and Hinata Satou’s performance is so lit, especially “SELF CONTROLL!!” which is their signature song. Of course, I want to see more of them in the upcoming 3rd Live Tour!

After Saint Snow, it’s time for the rest of Aqours’ sub-units starting with AZALEA. You’d expect CYaRon to be the next performers, but it was actually AZALEA!

Still, their performance is captivating as ever, especially Arisa Komiya and her sexy aura. Also, let’s not forget that Kanako Takatsuki is very radiant during the MC part. But yes, it’s all good for AZALEA and that’s what matters.

Moving onto CYaRon and damn, they leveled up their game by bringing some air cannons into the mix, which is useful during “Genki Zenkai DAY! DAY! DAY!” where they fired confetti up in the air! Oh yeah, they also customized their CYaRon Cannon, although Shuka Saitou misspelled Chika’s name as “Cika”.

Of course, Shuka did make up for her small mistake as she performed her dance solo during “Yozora wa Nandemo Shitteru no?”, which is still good from CYaRon since it’s saved best for last after performing their 2 cutesy songs.

Speaking of saving the best for last, Guilty Kiss is still delivering hype no matter what. Oh, and let me tell you something but Aika Kobayashi’s dance solo is the best during “Guilty Eyes Fever”. Seriously, this sub-unit is the best!

Afterwards, it’s time to close the concert with a special rendition of “Yume Kataru yori Yume Utaou” where both Saint Snow and Aqours performed together. Man, I can’t wait for all 11 school idols to perform “Awaken the power” soon! 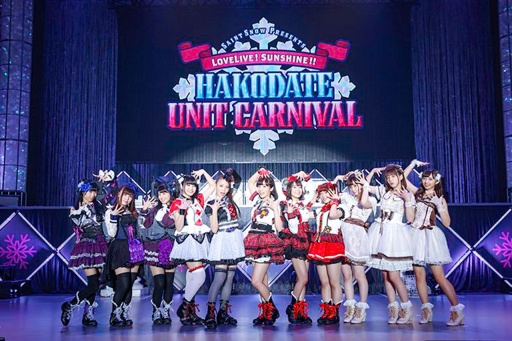 Overall, this sub-unit concert is good that it’s rare to see Saint Snow perform in real-life, something that A-RISE didn’t do it when µ’s is still around. Plus, it’s a good warm-up for the upcoming 3rd Live Tour since we might see Seira and Ria Kazuno’s seiyuu return.

Now then, I have to be honest but the subtitles provided by Odex is quite decent compared to the 2nd Live, although there are some inconsistencies like Dia’s name being called as “Daiya”. While ODEX did a decent effort on the subs, I rather not have it anyway. Regardless, it’s a good concert despite being short and it only featured Day 1.

With that said, I’m looking forward for the 3rd Live Tour… if ODEX brings it to the Philippines. While it might be delayed, I wish it’ll be shown live!

This entry was posted in Personal and tagged #ラブライブ, #ラブライブサンシャイン, #LoveLive_Sunshine, concert, Love Live!. Bookmark the permalink.
%d bloggers like this: