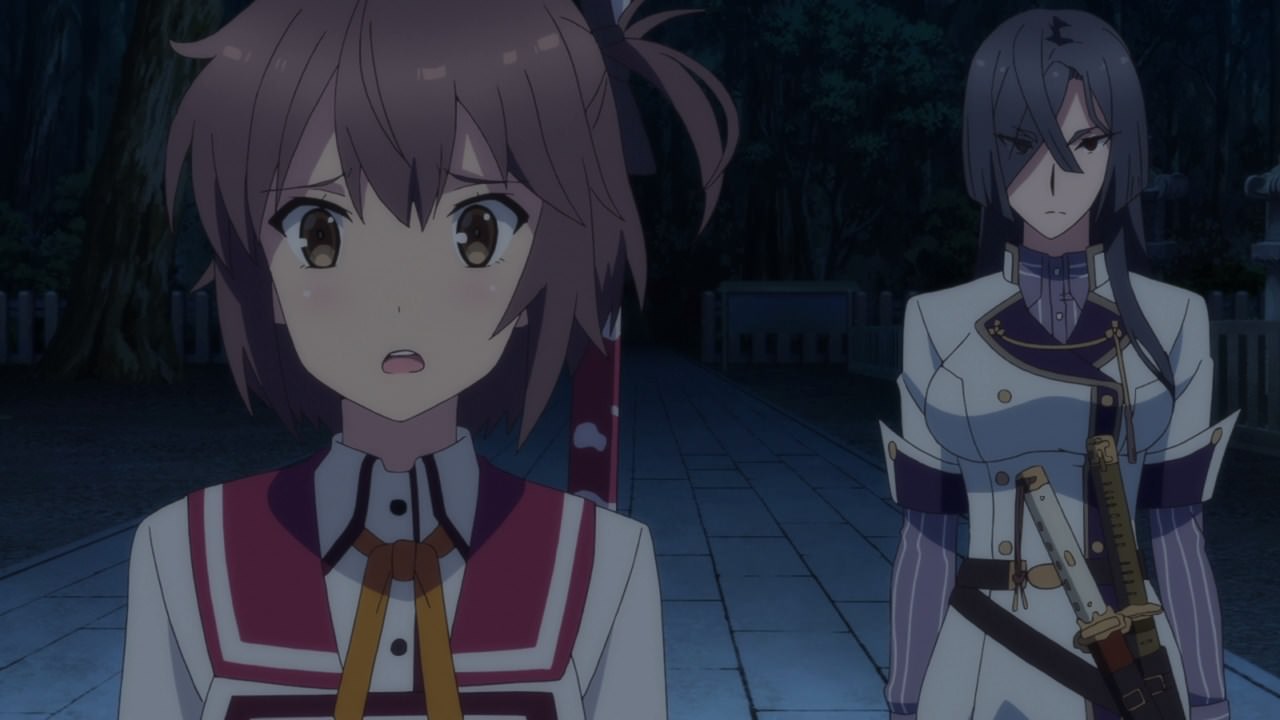 “Um Hiyori-chan, are you okay?”

Well, here’s Kanami Etou as she’s here to rescue Yukari Origami from Princess Tagitsu, although it seems that she’s a bit late now that Hiyori Juujou has come to the rescue. 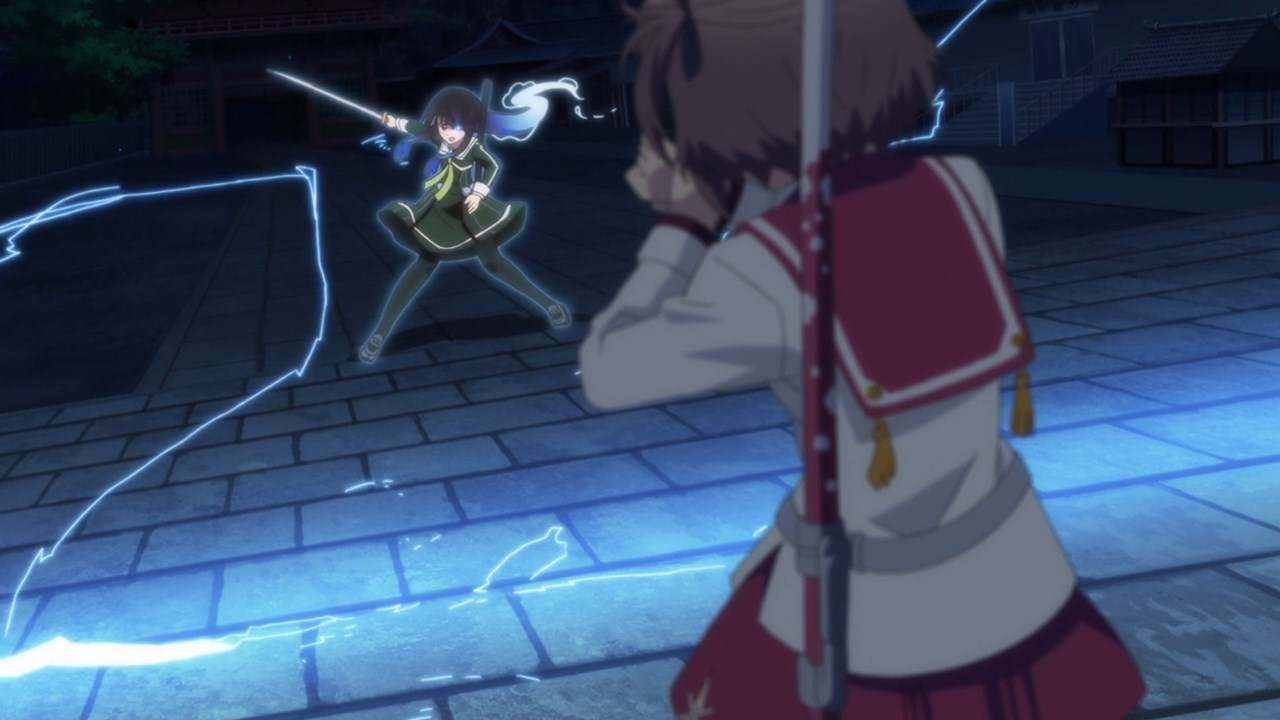 Speaking of Hiyori-chan, looks like she doesn’t want Kanami to get close to her as due to her fusion with Princess Ichikishima, Hiyori Juujou’s powers have increased a lot and thus she’s a bit unstable.

Anyways, Hiyori Juujou ran away as she doesn’t want to hurt Kanami Etou and her friends. Um Hiyori-chan, Kanami is stronger you know! 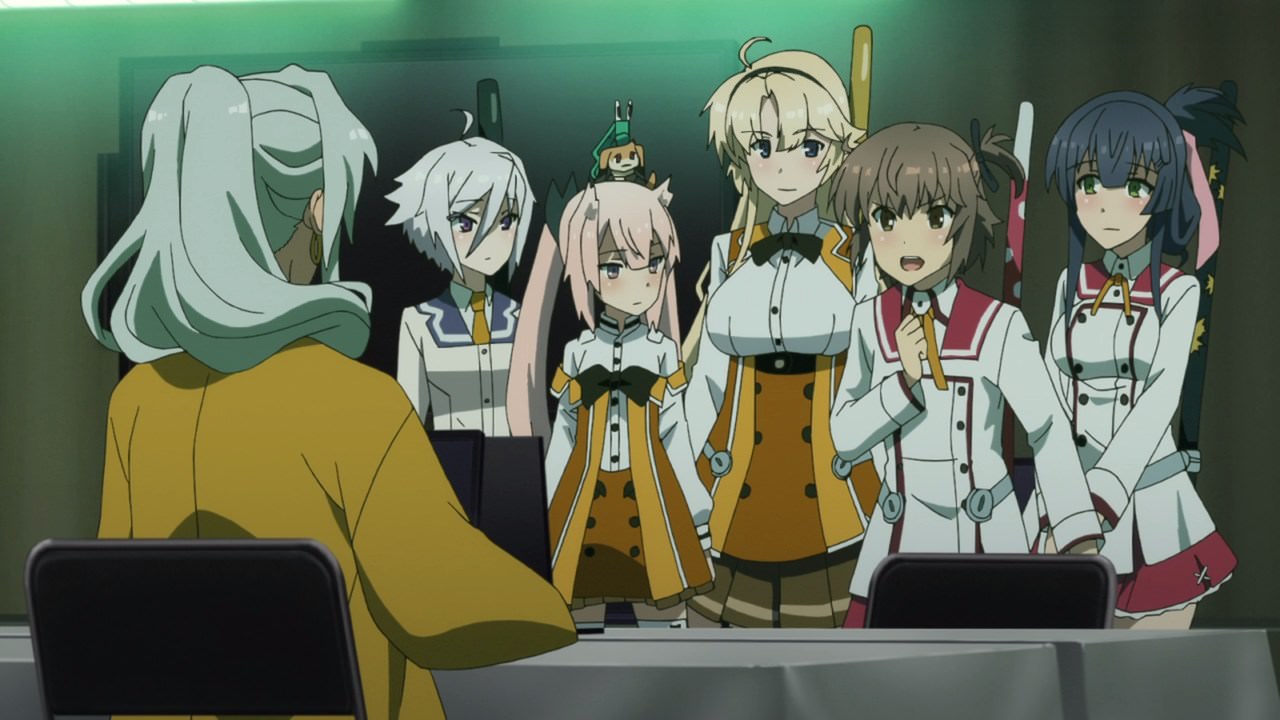 While she wants to find her friend, Sana-san told Kanami to take a rest. I mean, they’re tired of fending off the students of Ayanokouji Martial Arts School while finding Yukari-sama. 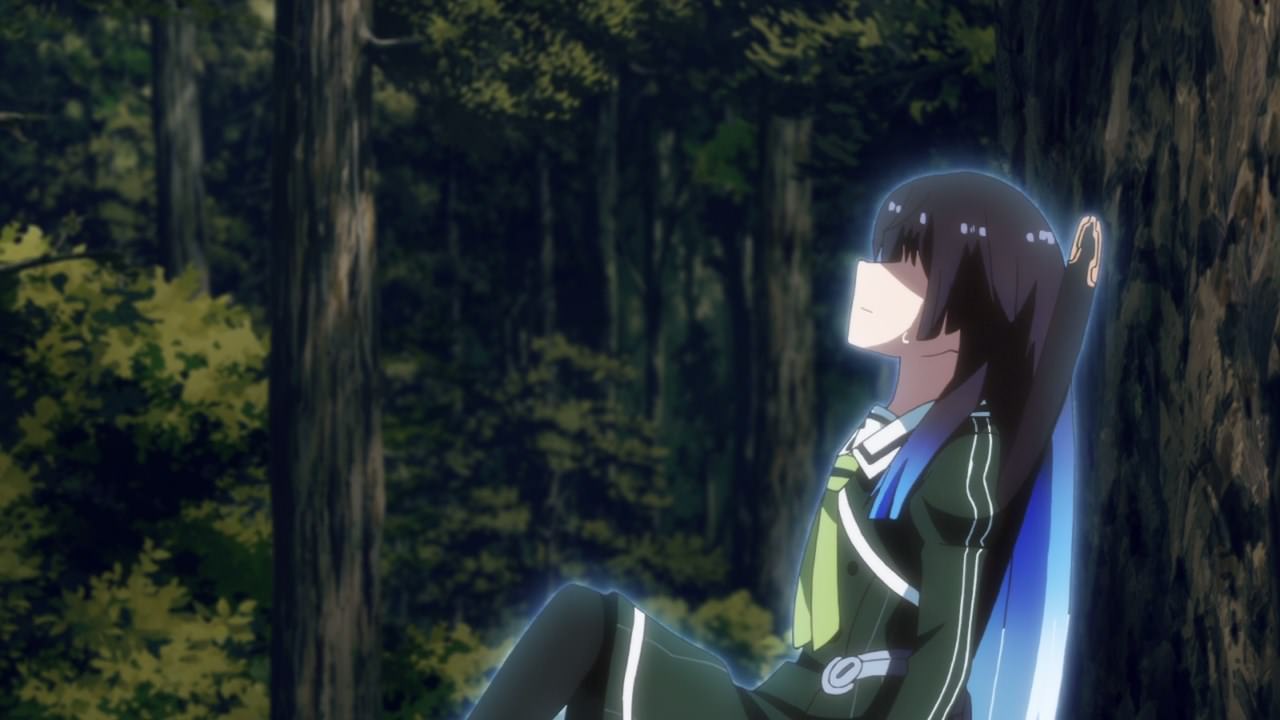 Now then, let’s go back to Hiyori as she couldn’t control herself due to Ichikishima’s immerse power.

While fusing with an aratama has some benefits such as enhanced abilities like Hiyori’s Dragon Eye, it’ll be useless if someone like Hiyori Juujou couldn’t suppress it. 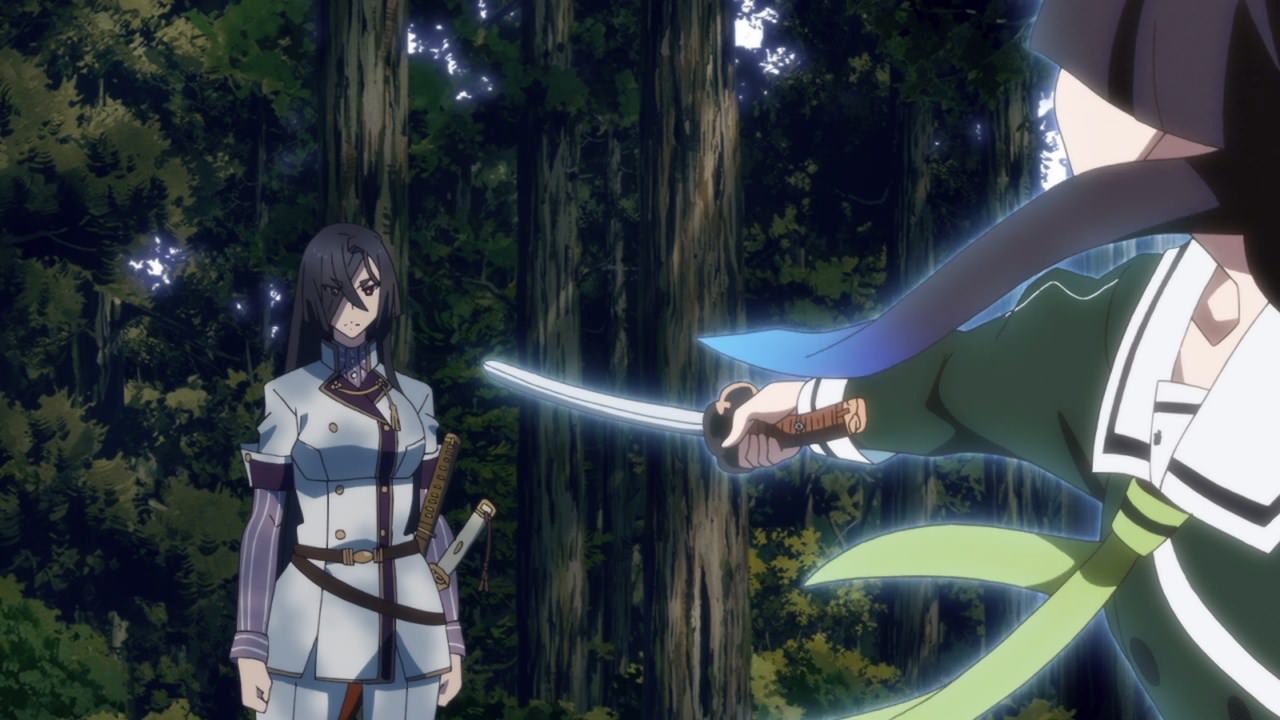 That’s where Yukari Origami appear in which she told Hiyori that she has the power to exorcise the aratama, just like her mother Kagari used to do when she was alive.

In any case, Yukari-sama told Hiyori to control Princess Ichikishima from within just like she did it back in the day. 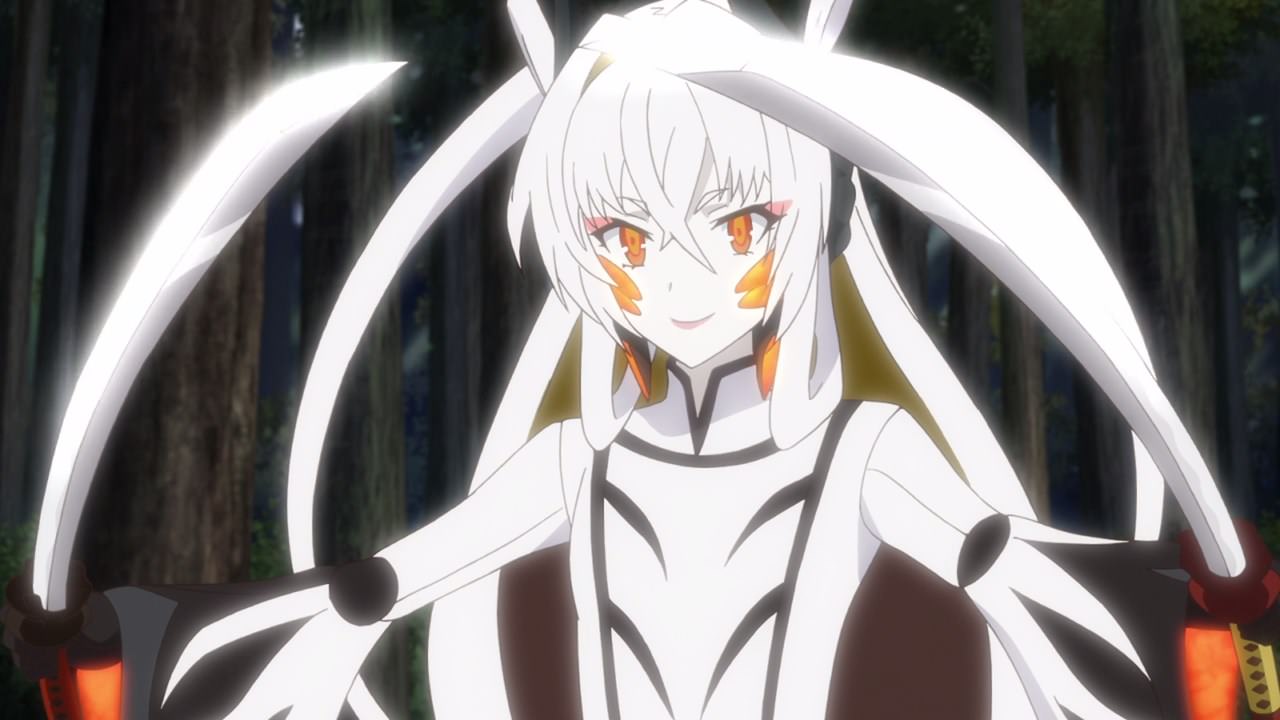 However, it appears that Princess Tagitsu has arrived to ruin it all and take Princess Ichikishima from Hiyori Juujou.

Seriously, Princess Tagitsu is such an annoying aratama that she needs to be defeated once and for all! 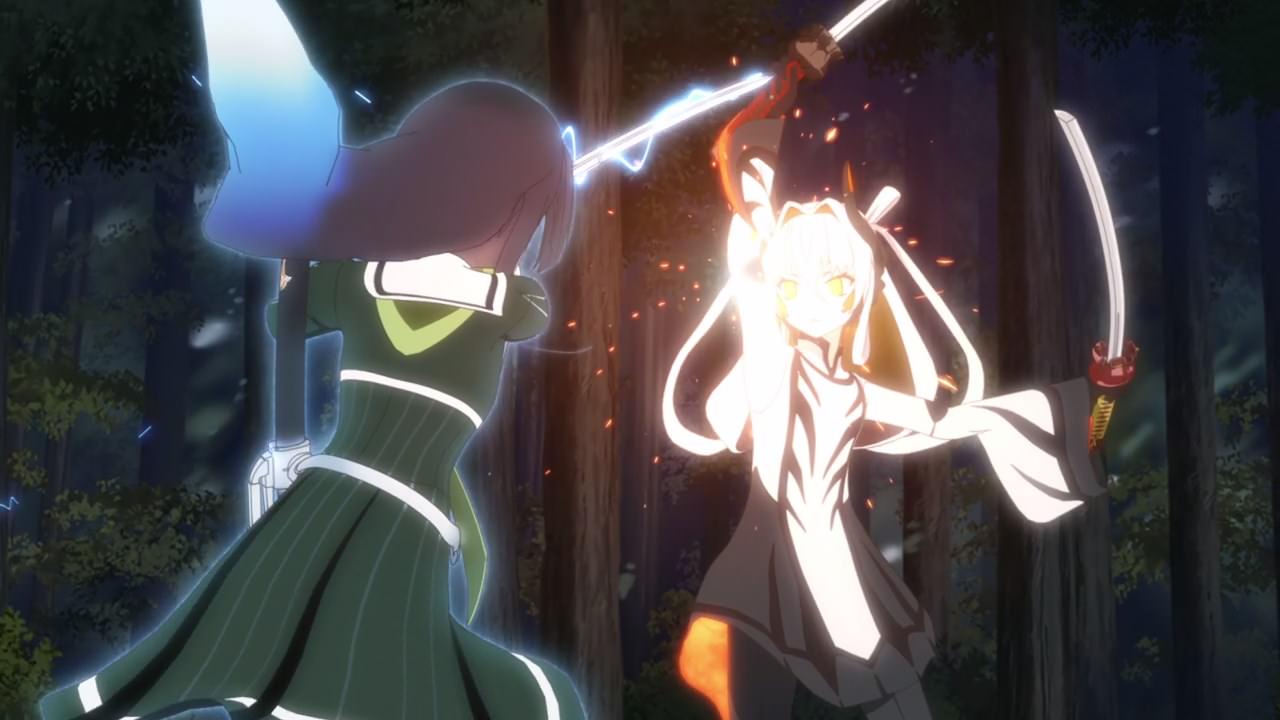 Fortunately, Hiyori Juujou will show to Princess Tagitsu who’s boss as she swings her okatana at the great aratama. 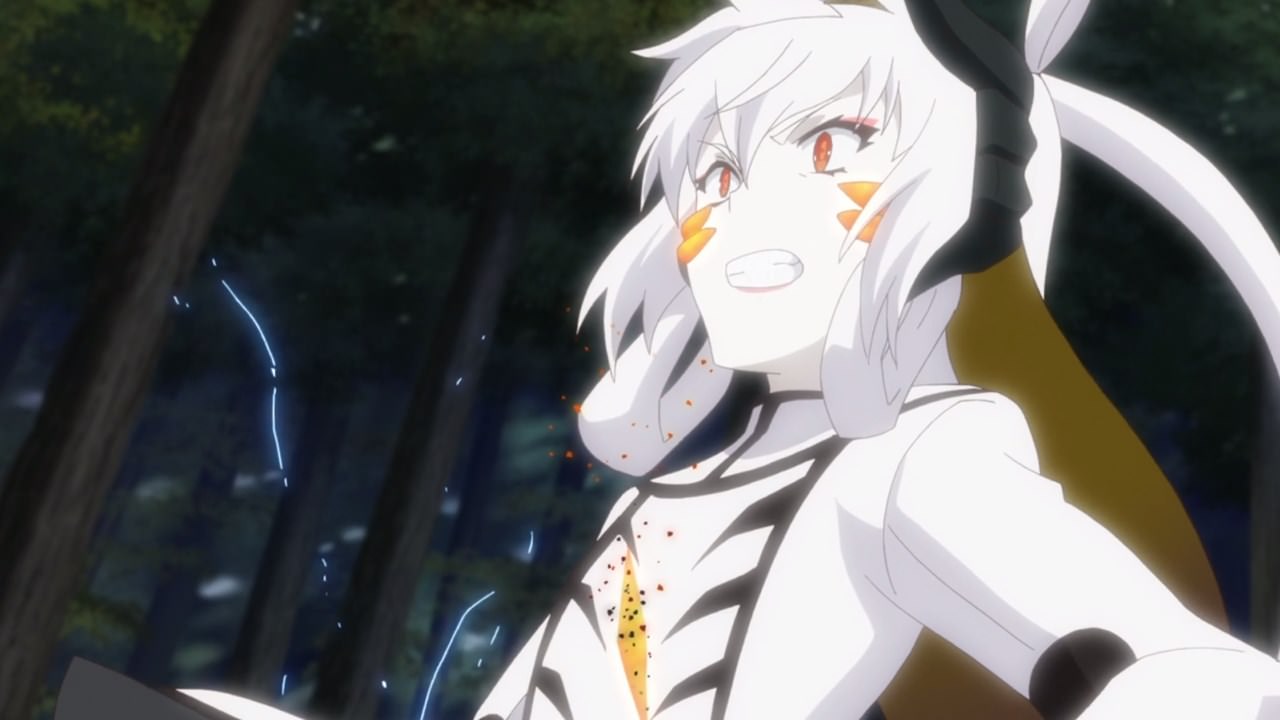 And as you can see, Princess Tagitsu couldn’t believe that a mere toji like Hiyori Juujou outmatched her despite attaining Princess Takiri’s powers. 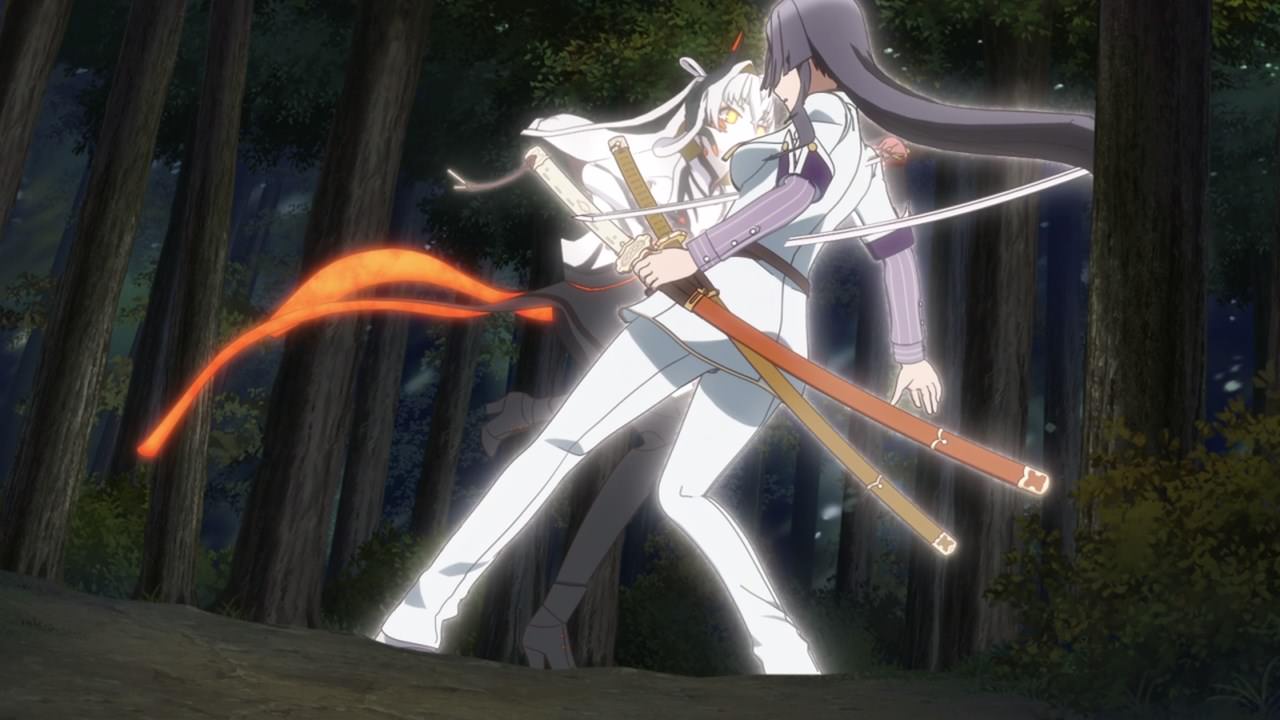 So, the only thing left do is to kill Yukari Origami. Then again, Yukari-sama used her utsushi to defend herself from Tagitsu’s attacks. 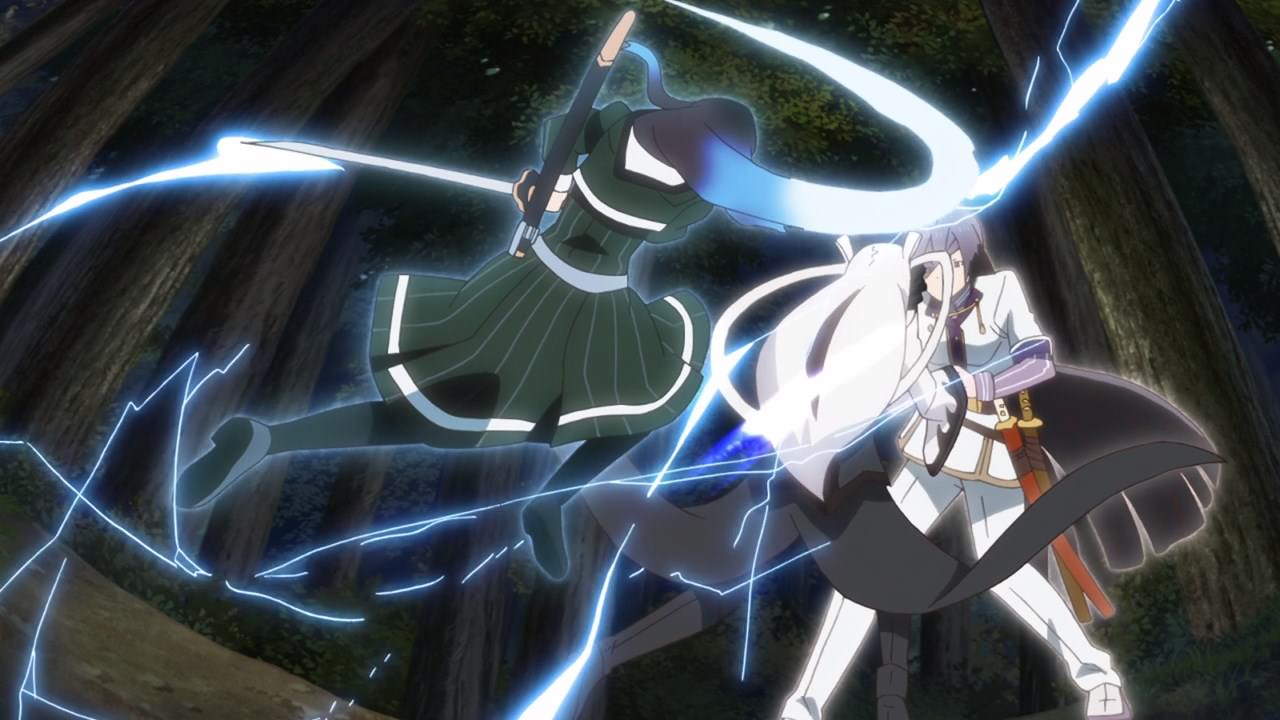 Oh, and thanks to Yukari Origami trapping Princess Tagitsu, it gives Hiyori Juujou a chance to defeat this great aratama once and for all. 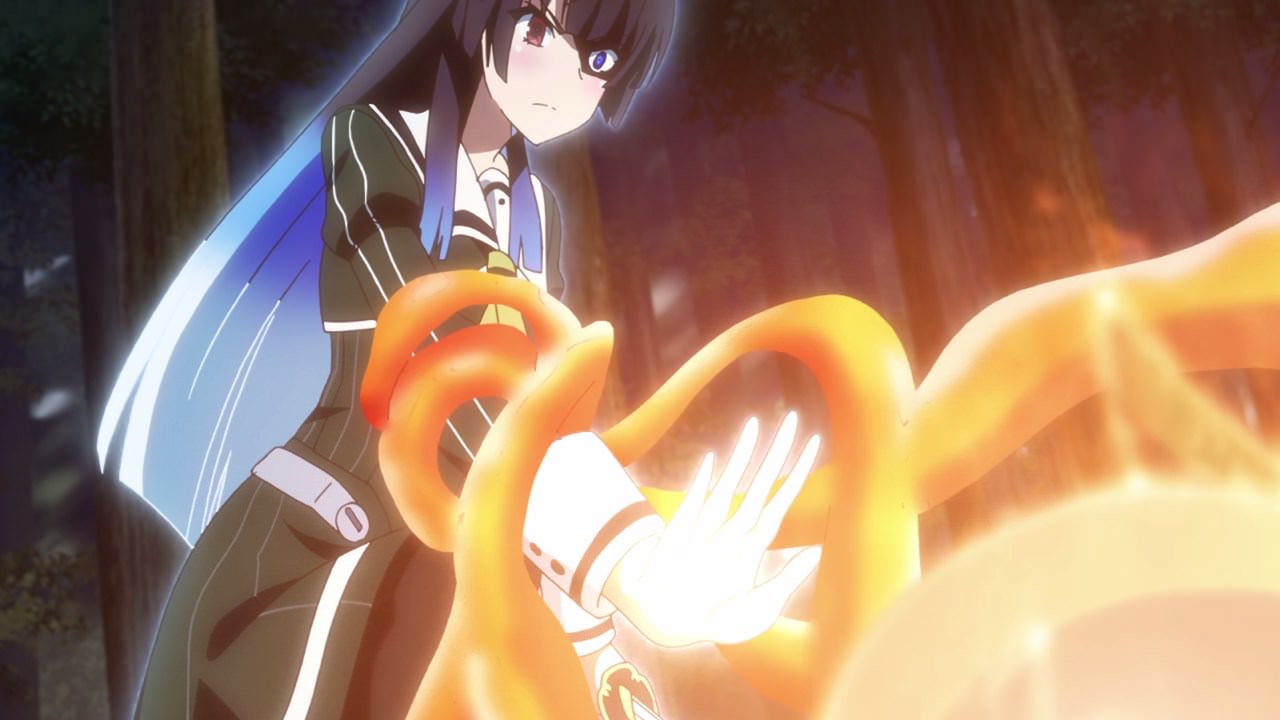 Once she’s done dealing the final blow on Princess Tagitsu, Hiyori Juujou proceeds to absorb the great aratama and transform herself into an evil god.

Basically and ironically, Hiyori becomes the next Yukari-sama and at this point, she might consider to be the enemy to defeat. 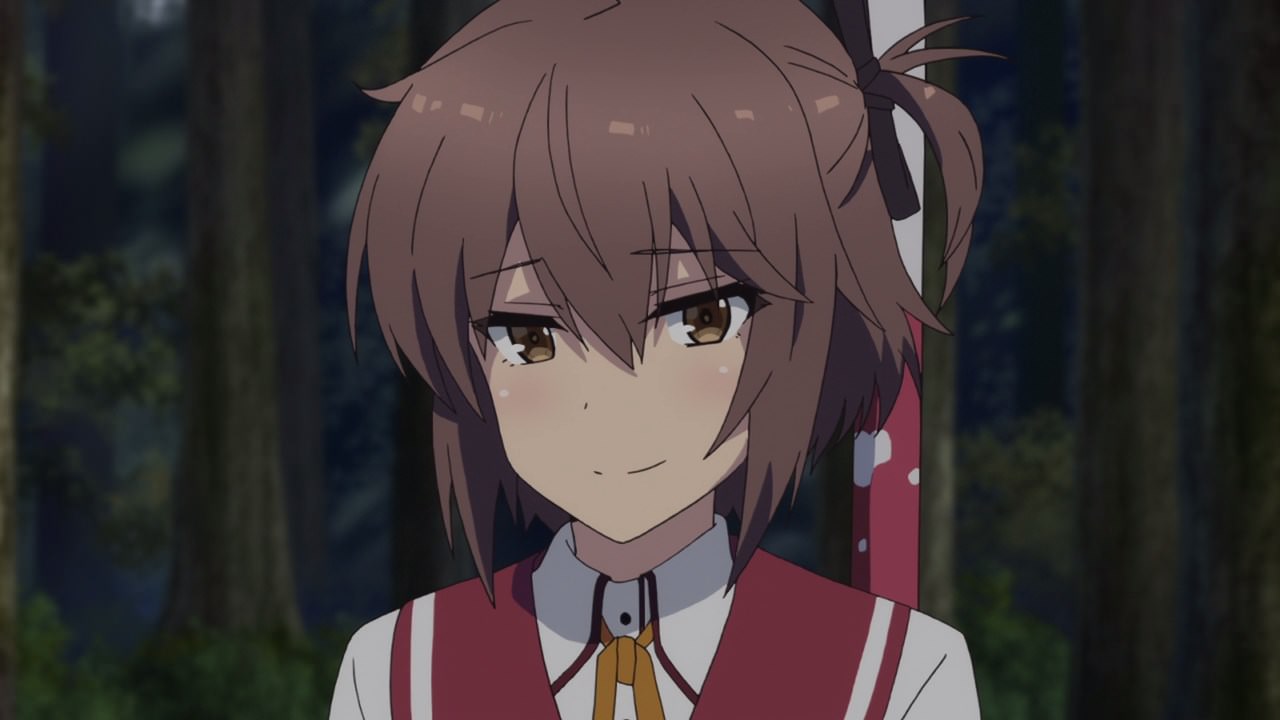 And this prompted Kanami Etou to challenge Hiyori-chan as she wanted to fight her during the tournament, but it got interrupted when Hiyori Juujou attacked Yukari Origami.

Now I know that she’s an addict when it comes to fighting, but I guess it’s time for Kanami to show her stuff against her friend Hiyori. 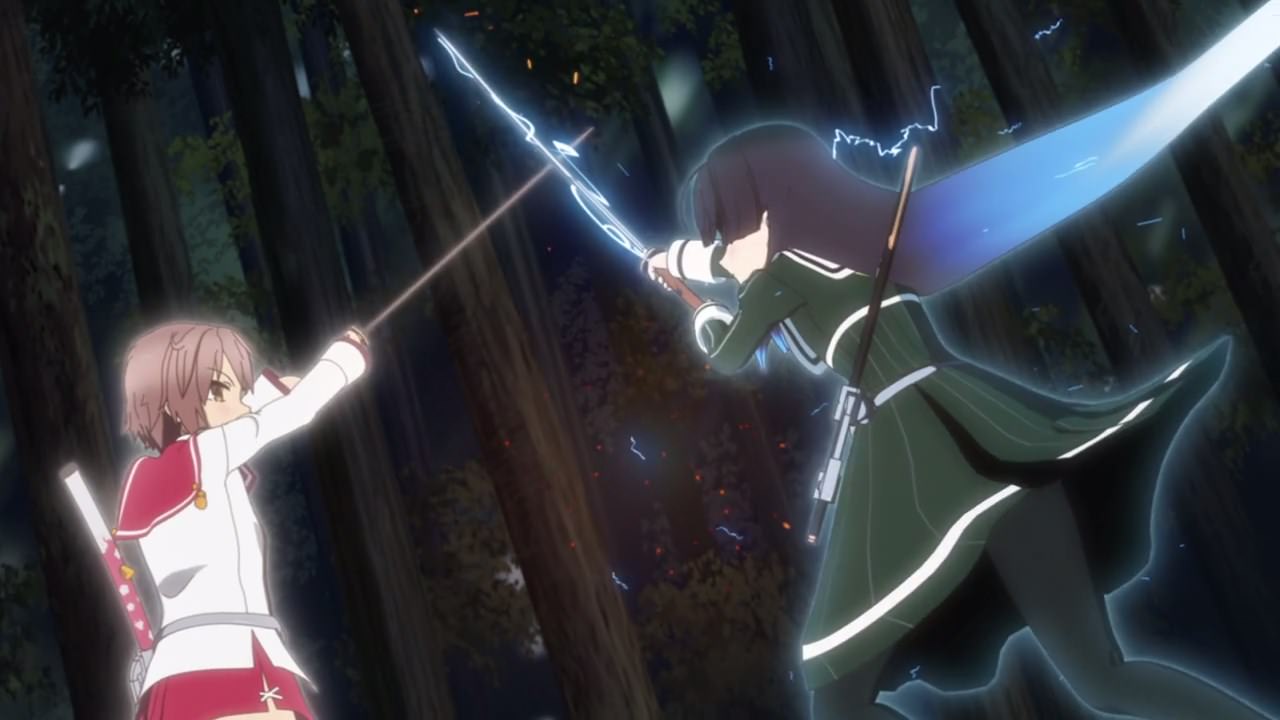 In any case, it’s time for the eventual fight that we didn’t get to see since the first episode.

As you can see, both Kanami Etou and Hiyori Juujou can keep up with each other as their strength and technique are evenly-matched. 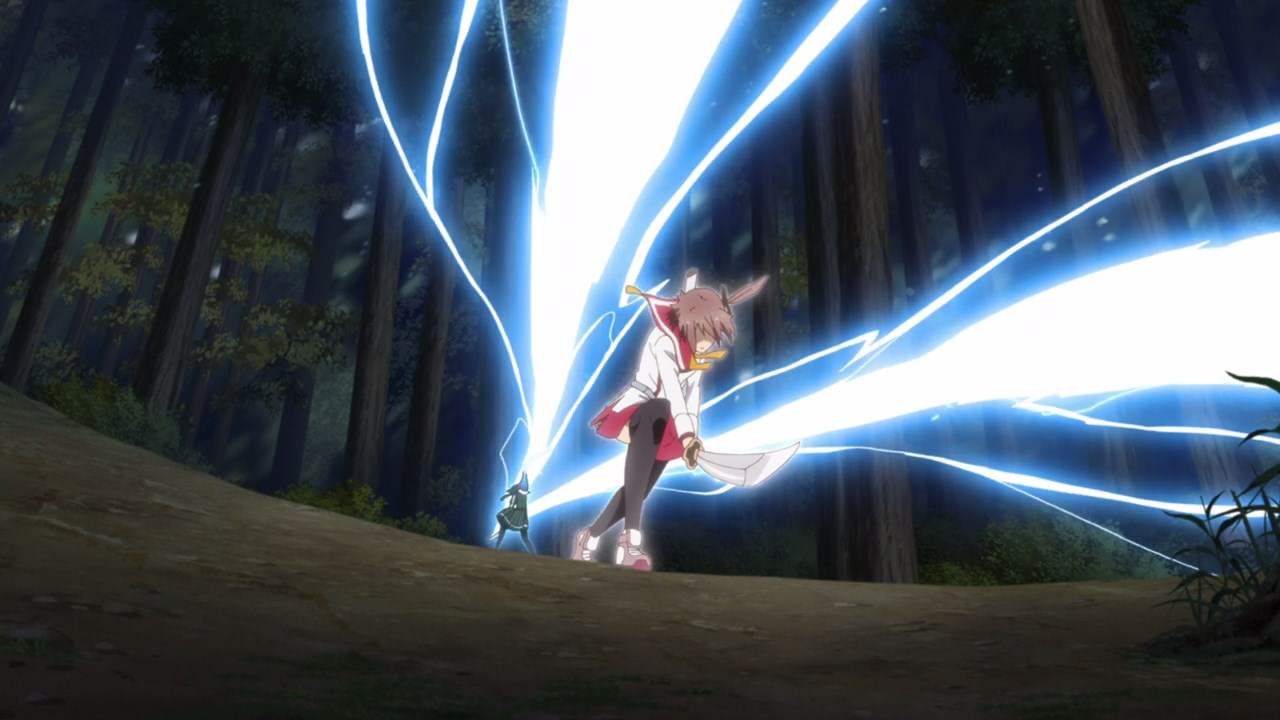 But, it appears that Kanami has a slight edge over Hiyori-chan as she literally cuts lightning. Damn, seems that she doesn’t need to fuse with an aratama! 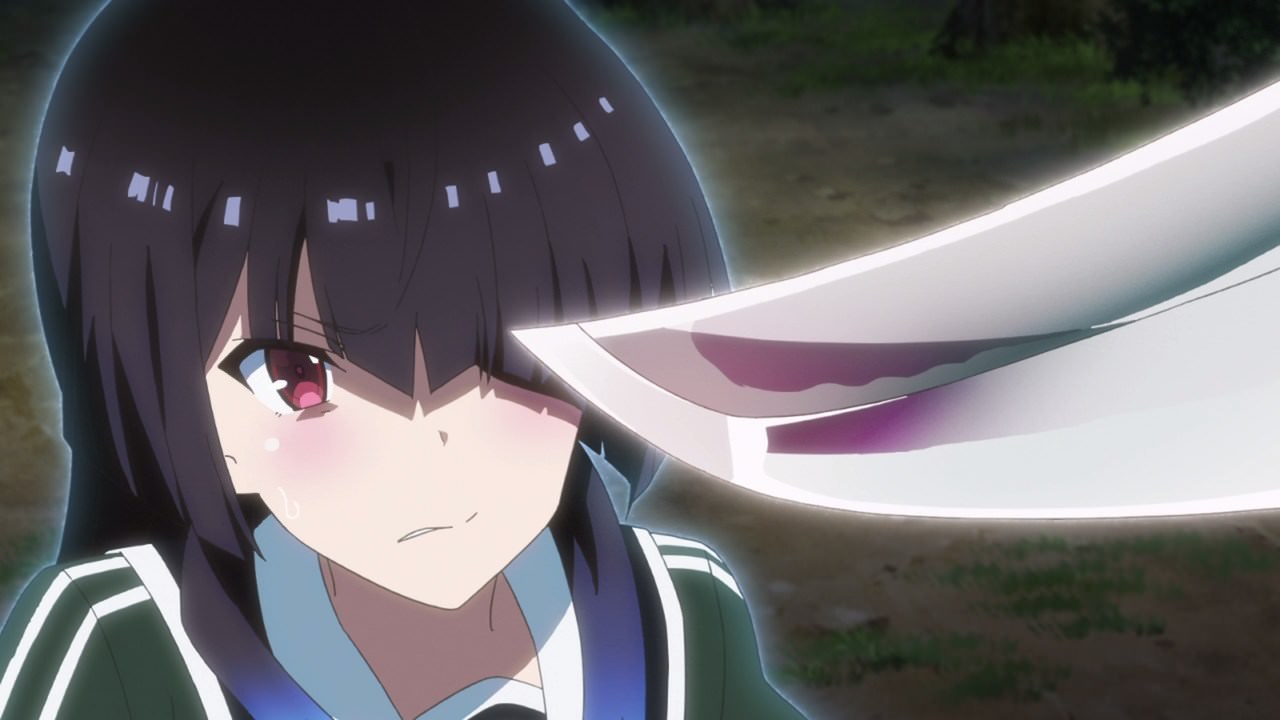 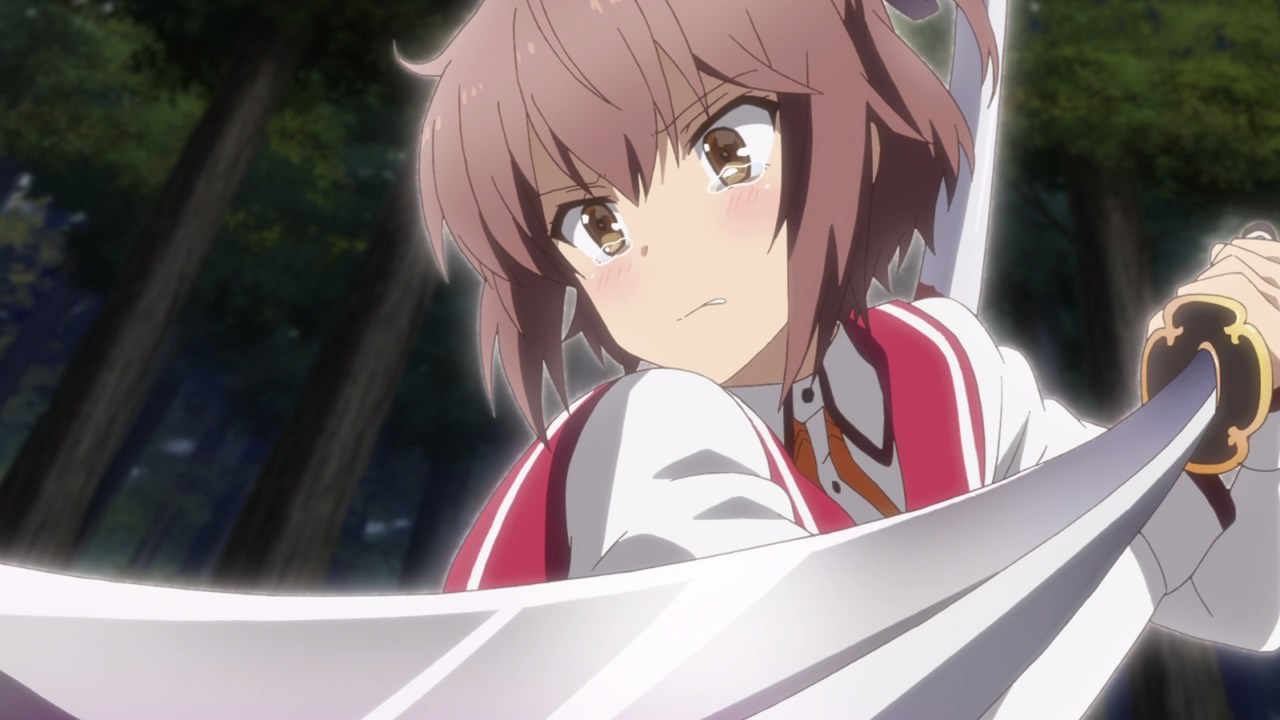 In any case, Kanami Etou has won the fight but it appears that she couldn’t bring herself to kill Hiyori Juujou.

I mean, they went together through thick and thin so it’s sad for Kanami to end Hiyori’s life just to save the entire nation from a disaster. 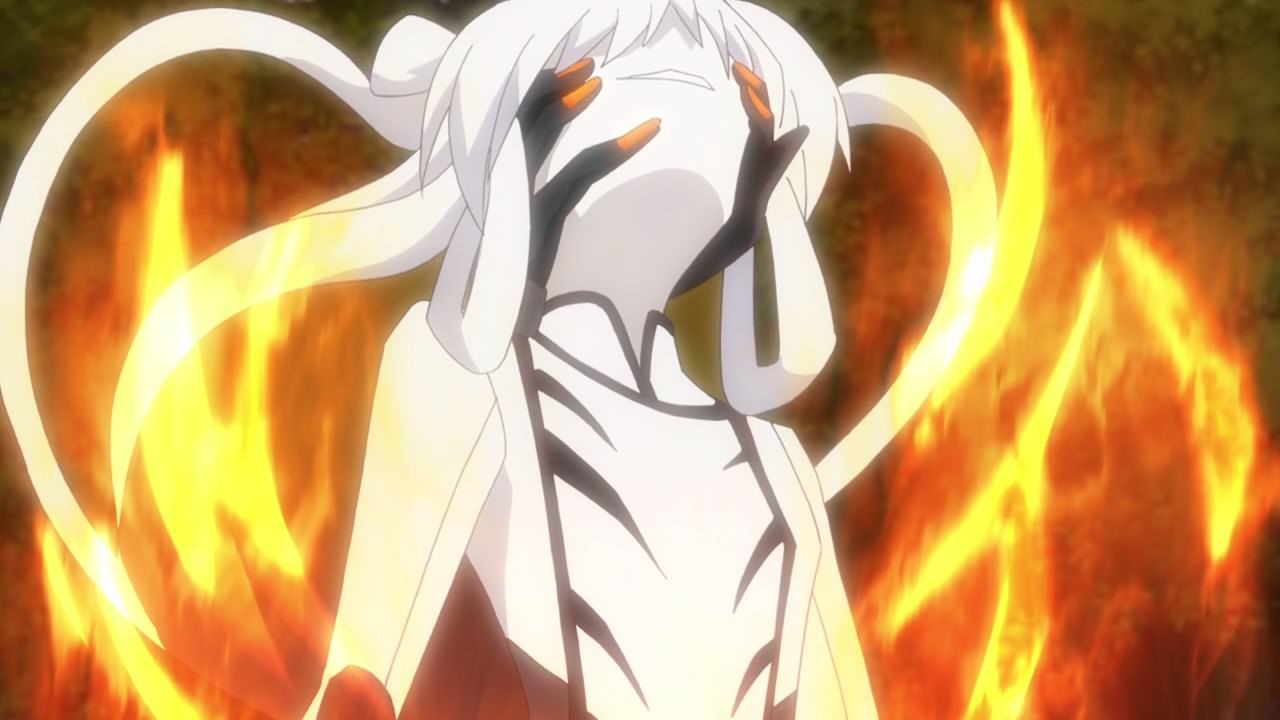 But just when things are getting melodramatic, Princess Tagitsu emerged from Hiyori Juujou’s body. I have a feeling that she absorbed Princess Ichikishima during the fight. 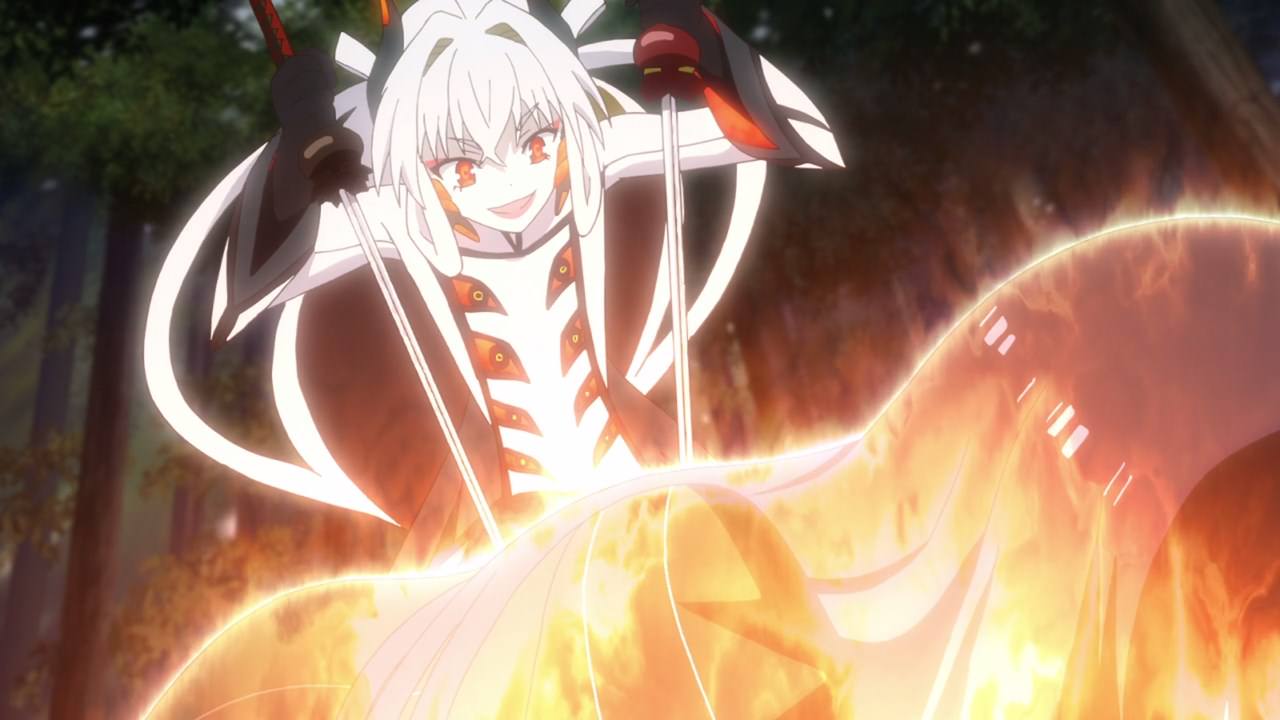 You know what, I think it’s confirmed that Princess Tagitsu has managed to absorb Princess Ichikishima as she gleefully kills Hiyori on the spot. Goddammit!

So yeah, it seems that the disaster is nigh now that Princess Tagitsu has achieve her perfect form and with Hiyori Juujou gone, who’s gonna stop her? Ugh, I have a feeling that it’s gonna get worse from this point on. Anyways, see ya next time!