Hey guys and girls, looks like Sister Jill is playing a little game in which she’ll murder anyone within a specific minute. It could be someone else or in the case of Honey Kisaragi, her dear friend Natsuko Aki.

Fortunately, the personnel at PCIS have found one of the hostages. Well, I must say that Seiji Hayami’s team is reliable when they needed the most.

Now then, Seiji Hayami and Honey Kisaragi went to one of Panther Claw’s hideout and rescue the hostages. 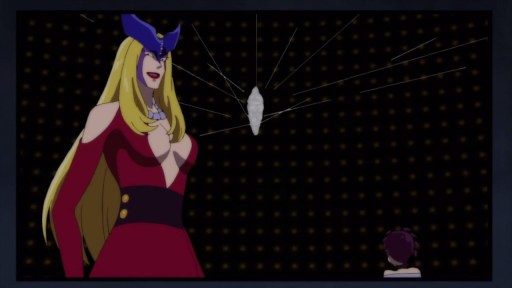 Sadly, seems that Sister Jill is aware of it as she shows one of the hostages getting the axe.

Anyways, Sister Jill ordered Tarantula Panther to strangle one of the hostages to death using her spider web powers.

Fortunately, Jill is just bluffing as she only killed one of her subordinates, something that Tarantula Panther doesn’t like it.

Well, I’m glad that it’s not Natsuko Aki yet I wonder where she is?

Speaking of Tarantula Panther, she’s terrified at Sister Jill for throwing everything just to get her hands on Honey Kisaragi and the Airborne Element Fixing Device.

I must say that Sister Jill is one hell of a monster who doesn’t care of killing off her subordinates’ just to get what she wants.

Back at PCIS headquarters, Seiji Hayami told Honey Kisaragi to calm down and rely on him and his colleagues more as they continue to find Nat-chan. 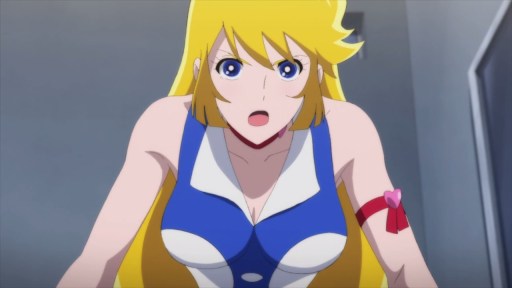 However, Honey couldn’t stand it anymore as she wants to rescue Natsuko no matter what.

As much as she wants to go and save her friend, Honey will put herself at risk as Panther Claw might yank the Airborne Element Fixing Device from her and kill Nat-chan.

In any case, Seiji Hayami gave her a cool down hug as he assured Honey Kisaragi that he’ll protect her and rescue Natsuko Aki, even if the whole world hates him or cost his own like.

After all, Seiji Hayami has a big responsibility to protect Honey and the Airborne Element Fixing Device as Dr. Kisaragi entrusted him before his death. 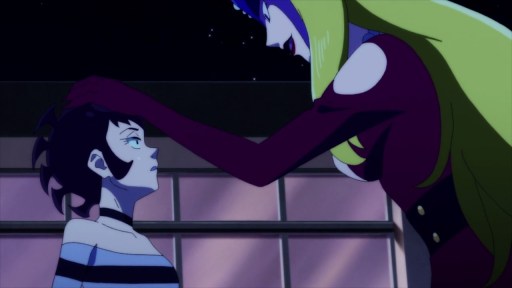 Now let’s go back to Panther Claw as Sister Jill prepares for the final stage of her game. Even Tarantula Panther is afraid to continue it.

By the way, where’s Natsuko Aki since she was captured by Panther Claw in the previous episode?

Well, there she is as Nat-chan is currently wrapped in Tarantula Panther’s spider web.

By the way, it turns out that all of the hostages are actually Panther Claw’s goons, which means that Sister Jill is messing Honey Kisaragi and the PCIS around!

Anyways, here’s Honey Kisaragi as she’s here to give the Airborne Element Fixing Device to Sister Jill in exchange for Nat-chan’s safety.

Yeah, it’s a bad idea but Honey won’t abandon her best friend, even at the cost of her precious device. Well then, looks like Sister Jill will give Natsuko Aki back to Honey. 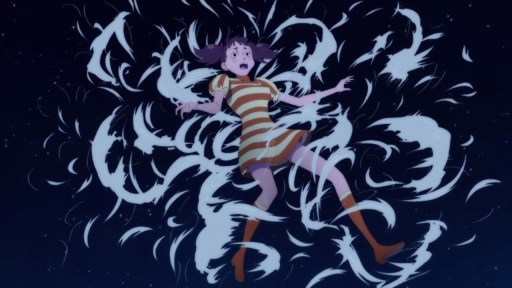 On second thought, Sister Jill has decided to throw Honey’s dear friend to the pavement as she cuts the web wrapping into pieces.

Well, looks like Natsuko Aki is gonna fall to her death at this point. 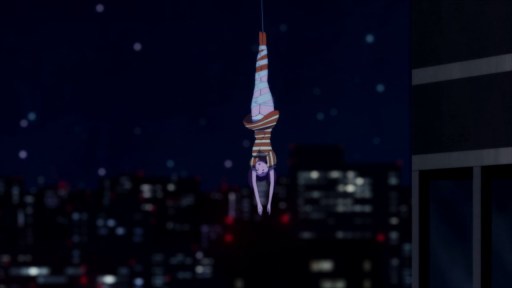 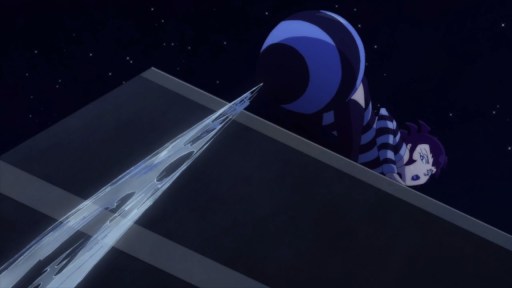 Of course, there’s some uncertainty on how will it last as Sister Jill will manipulate Tarantula Panther until she let go of Nat-chan.

So with that said, it’s time for another round between Cutie Honey and Sister Jill.

While the results might be the same with Sister Jill overpowering the heroine of love and justice, Cutie Honey won’t give up against the leader of Panther Claw and seriously, she won’t forgive Sister Jill for hurting her dear friend! 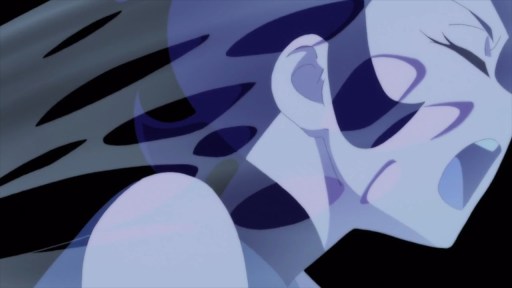 Now let’s go back to the real world where Tarantula Panther split herself into two after she couldn’t decide on whether to let Natsuko Aki die or not.

Take a guess on who’s the good one and who’s the bad. You’ll find out the answer later! 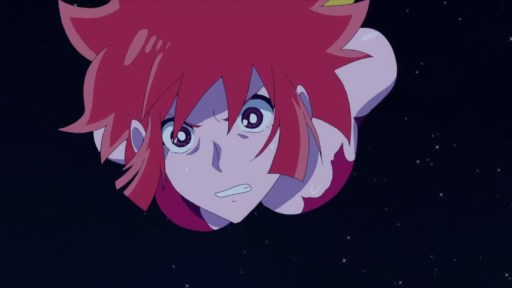 But now, here’s Cutie Honey as she got out of the alternate dimension and speeds her way to save Nat-chan.

Oh by the way, if you think the Black Tarantula Panther is the bad one? Think again! 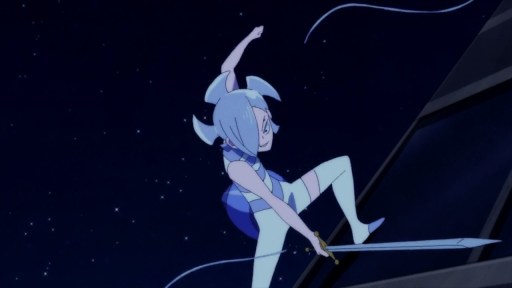 Turns out, it’s the White Tarantula Panther as she got Cutie Honey’s sword and proceeds to cut the string that holds Natsuko Aki.

And now that the string has been cut, looks like Nat-chan is gonna plunge towards the pavement. The only thing that we hope for is that Cutie Honey will rescue her…

…as she goes beyond the speed of sound in order to save Natsuko from certain death!

But then, tragedy struck as the White Tarantula Panther throw Cutie Honey’s sword towards Natsuko Aki’s chest, killing her instantly. Damn, this is the worst thing ever!

As Cutie Honey saw how Natsuko Aki died, her heart is filled with grief that she might give into Sister Jill’s demands.

In any case, this is the worst possible outcome for this week’s episode, toppling that from Episode 6. Now then, I’m worried that Seiji Hayami and his family might be next on Sister Jill’s chopping block list. But, I’m hoping that it won’t happen on the next episode!