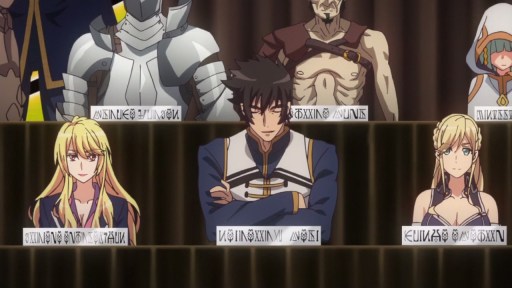 Let’s start this episode with a press conference as Sairaorg Bael and his peerage have arrived together with Rias Gremory and her Occult Research Club.

Now, Sairaorg’s peerage are consists of devils whose clans are no longer existed, but don’t underestimate them as they train hard to become stronger much like how the Occult Reseach Club is doing it in preparation for the upcoming Rating Game.

And speaking of the Occult Research Club, the reporters are asking Issei Hyoudou if he’ll push Rias Gremory’s nipples again to become stronger.

Well, he can in some situations but it’s too embarrassing to answer it wholefully!

But let’s stick with Issei as he’s resting at a sauna. After all, a day of training and answering questions from reporters has got him tired.

All of a sudden, Rias Gremory appeared as she pushed Issei down because she wants to have sex with him… inside the sauna. Right now!

What the fuck! This one hell of a sudden development!? 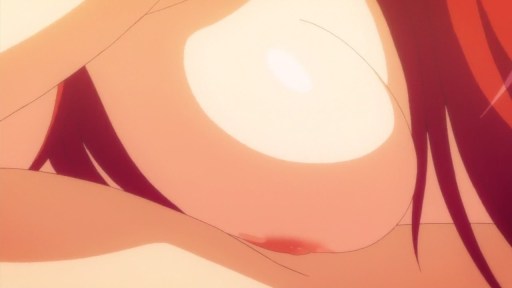 With that said, looks like these two wants to exchange their virginities at the sauna as Rias-sempai and Issei-kun are getting freakin’ raunchy and hot inside. Seriously, it’s gonna make you turn on!

But then, Rias Gremory decided to stop. Not just because Issei’s penis couldn’t get up or anything, but because Issei still calls her as “Club President”. What!?

Anyways, Issei Hyoudou made something terrible that he didn’t realize about his true relationship with Rias-sempai. I mean, she asked him regarding their relationship on whether to remain as master/servant or beyond that. Oh well, it seems that Issei needs to be a little more tact next time. 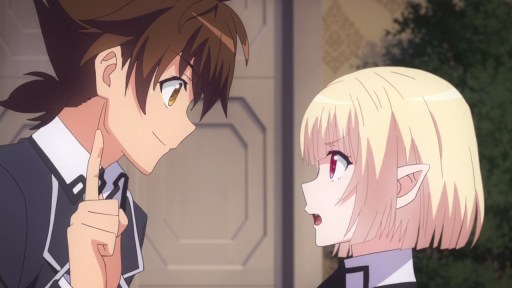 Speaking of Issei Hyoudou, he’s teaching Gaspar Vladi on how to become a better man by giving him tips like protecting girls no matter what.

I hope that Gasper will take Issei’s advice to heart ’cause he’ll need it!

Now then, time for a strategy meeting as Azazel explained that there’s little to no information regarding Sairaorg Bael’s peerage. Not only that, but Sairaorg and his team are being guided by the current Rating Game champion Diehauser Belial. You’ll probably see him later.

In any case, the Occult Research Club will need to be careful if they want to win or they might lose miserably! I mean, who wants to remember the Rating Game against Riser Phenex and his peerage, or even Kuoh Academy’s student council who almost got them beaten up thanks to Sona Sitri’s brilliant strategy. Let’s hope Passione would adapt that game in one of the OVAs! 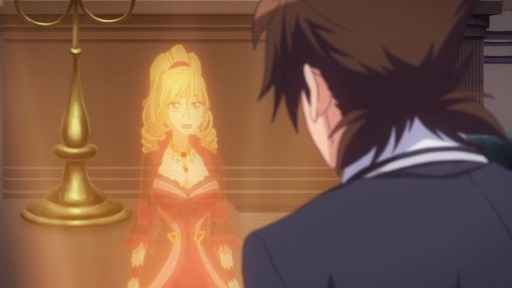 Lastly, I would like you to introduce you to Lady Phenex, Ravel’s mother as she makes her appearance via a hologram. I wish Ravel’s mother appeared in person but I guess she’s busy. In any case, Lady Phenex wants to say hi to Issei Hyoudou and told him to take care of her daughter Ravel. Oh, and she told Issei that Ravel Phenex is a free agent so Rias Gremory is free to include her in the upcoming Rating Game.

I have to say that Lady Phenex’s opinions on Issei-kun has changed for the better ever since he crashef the engagement party. I wonder if Riser’s opinions have changed too? Nah, who cares about him!

Well then, the Rating Game between the Occult Research Club and Sairaorg Bael’s team is fast approaching. Sadly, Rias-sempai is a bit depressed since Issei still calls her as “Club President”. Well, I have to say that the Red Dragon Emperor should be a little more sensitive towards girls, especially Rias Gremory.

Anyways, I’ll see you on the next episode as the Rating Game will take place at the floating city of Agreas, the Agares Clan’s domain capital.