Darling in the FranXX Episode #20 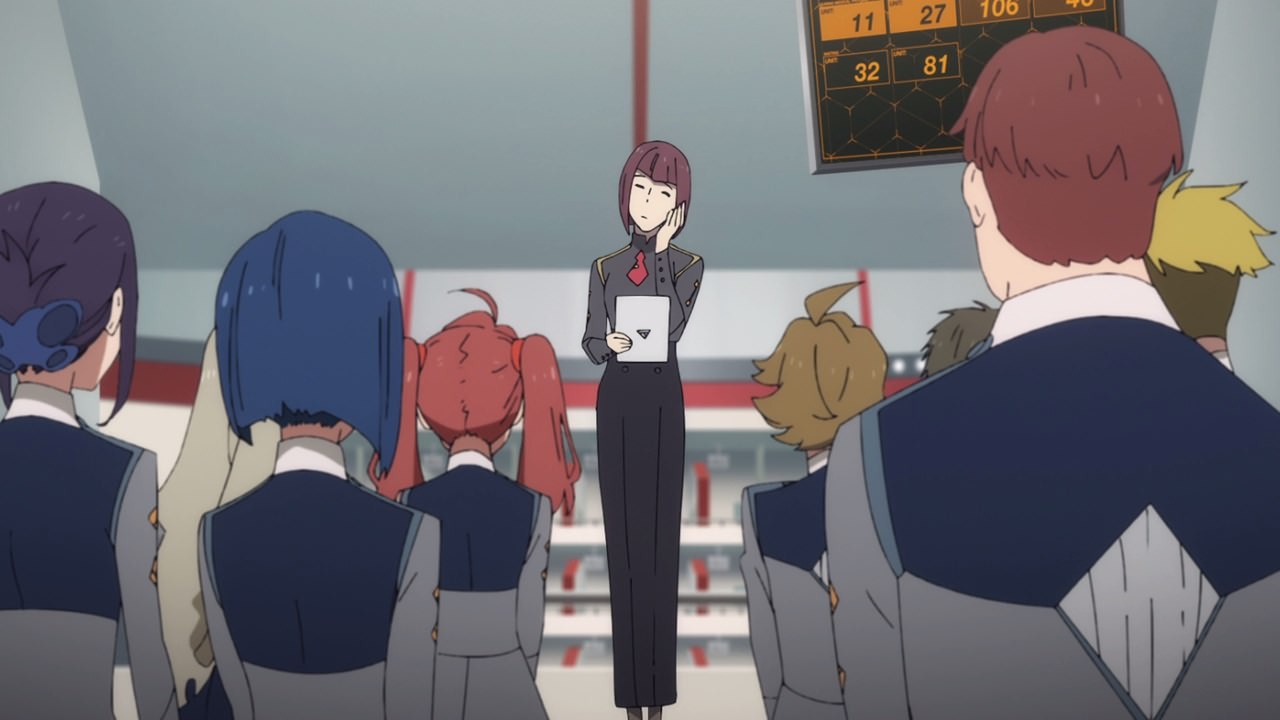 This is Nana, except that this is not the real one as she’s just using the name. More importantly, this Nana told the parasites that there’s a big battle coming up! 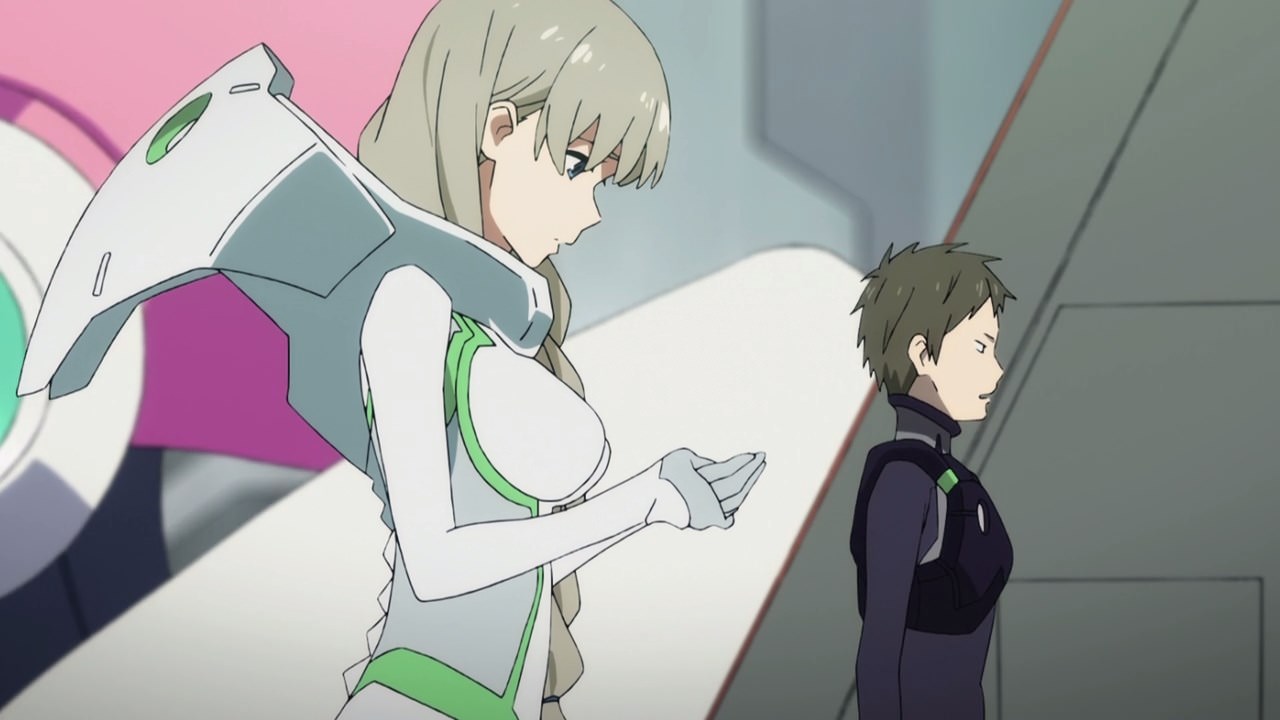 On the other hand, here’s both Code:556 “Kokoro” and Code:326 “Mitsuru” as while they remained partners, they still don’t know what happened to them or even their first sexual experience.

Oh by the way, did you know that Kokoro is actually pregnant with Mitsuru as the father? Guess they didn’t know about that! 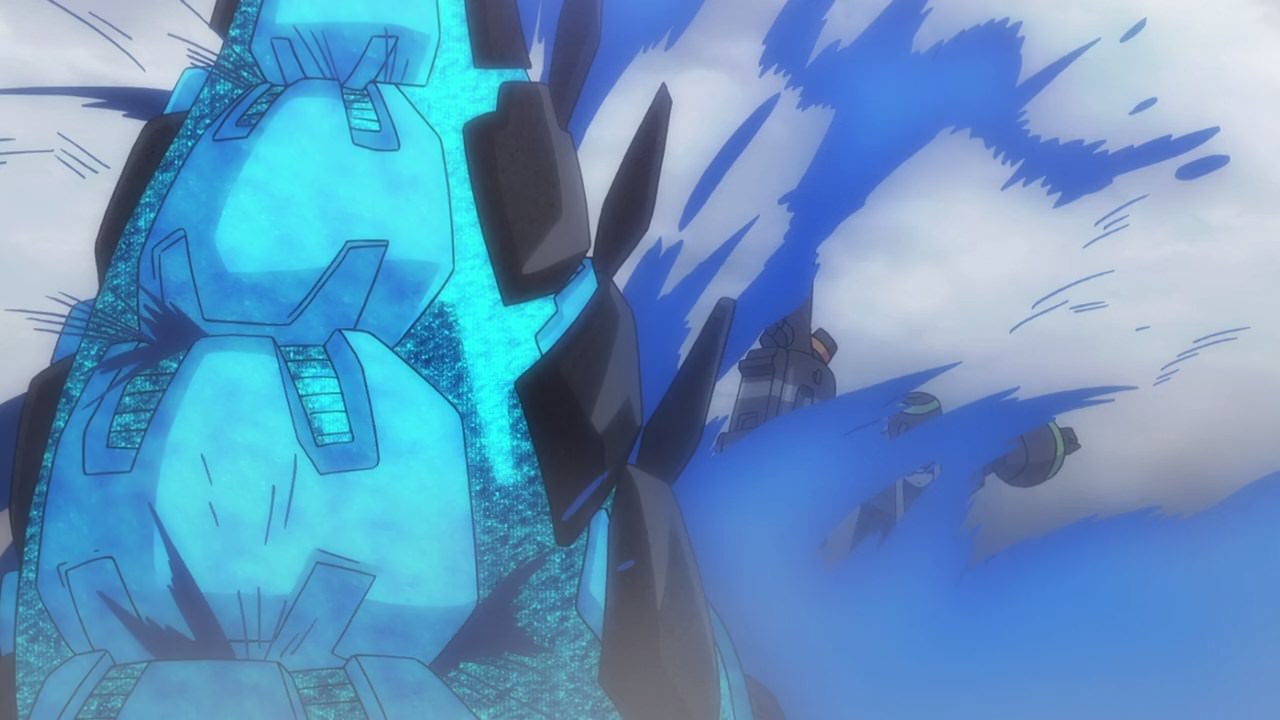 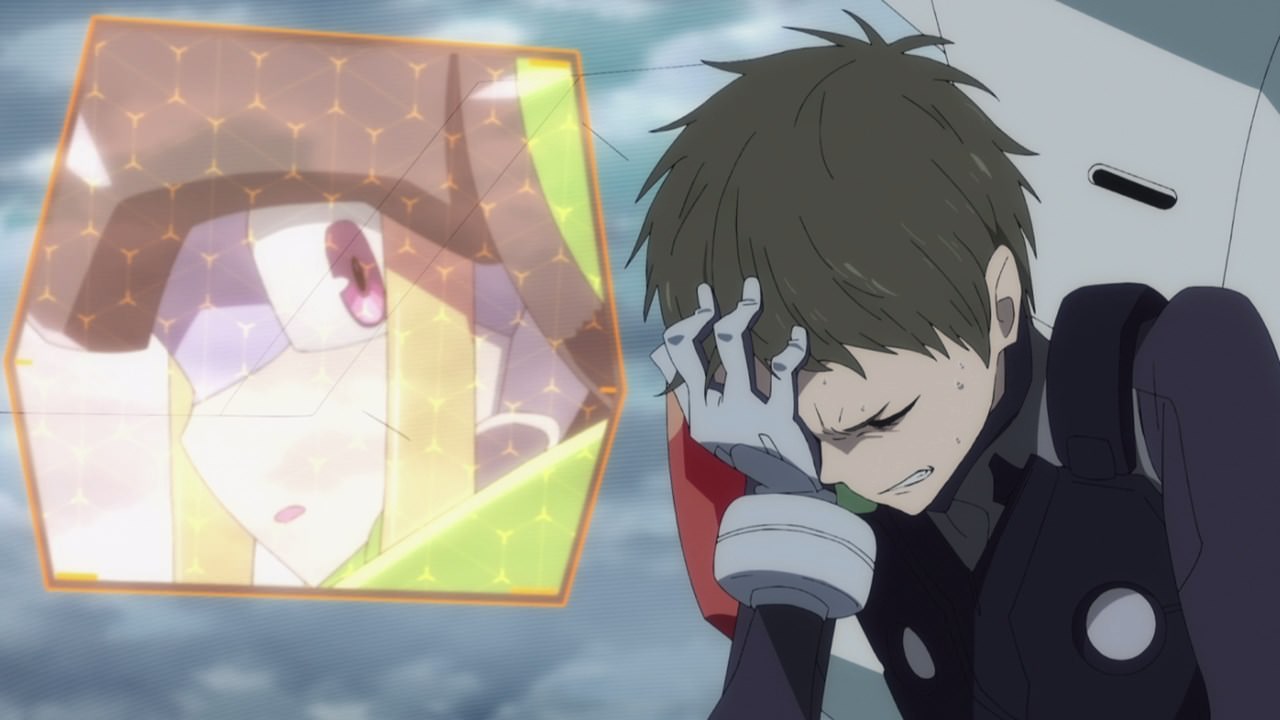 However, both Code:556 “Kokoro” and Code:326 “Mitsuru” are having some problems, mostly with Mitsuru as those erased memories are popping out of nowhere.

Um APE, I think you should kill them instead of erasing their memories! Oh well, Papa and the rest still wanted to use them anyway. 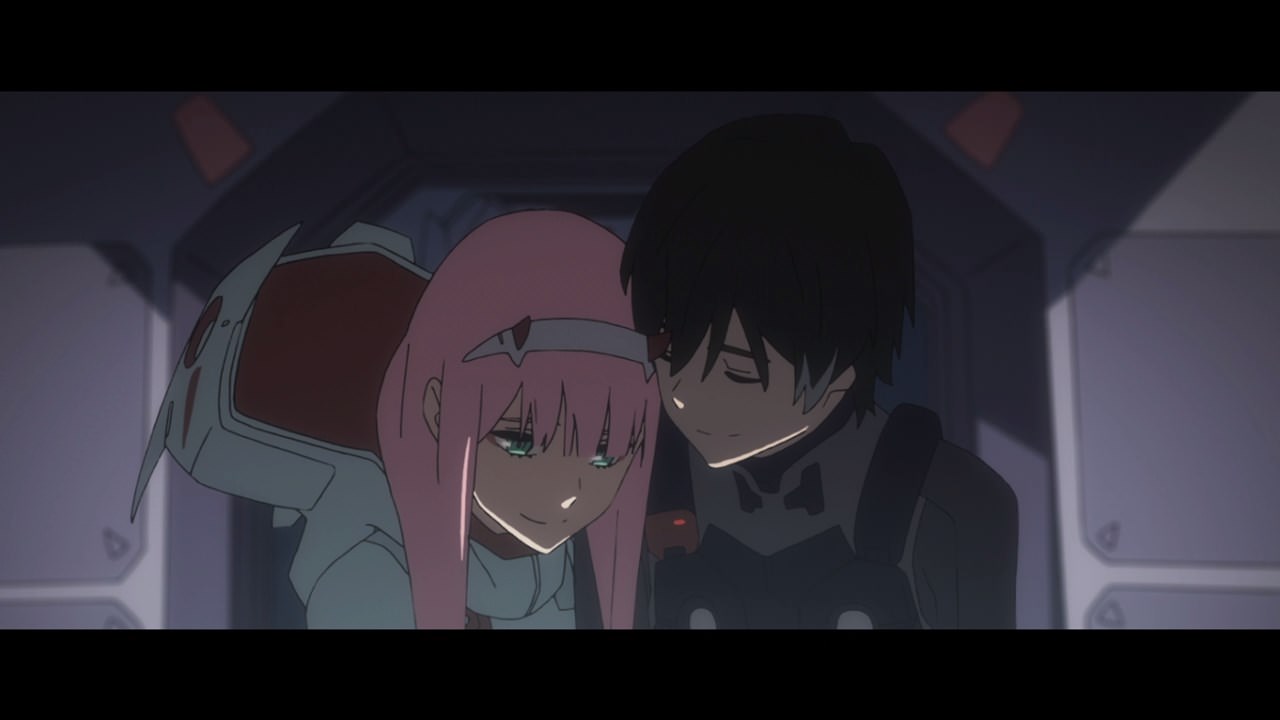 Meanwhile, here’s both Code:016 “Hiro” and Code:002 “Zero-Two” as they’re inside the Gran Crevasse to pilot the ultimate weapon known as the Star Entity.

So while they’re going down inside Gran Crevasse, Hiro promised to Zero-Two that they’ll be together and when they got separated, he’ll do whatever it takes to rescue Zero-Two. Isn’t it nice? 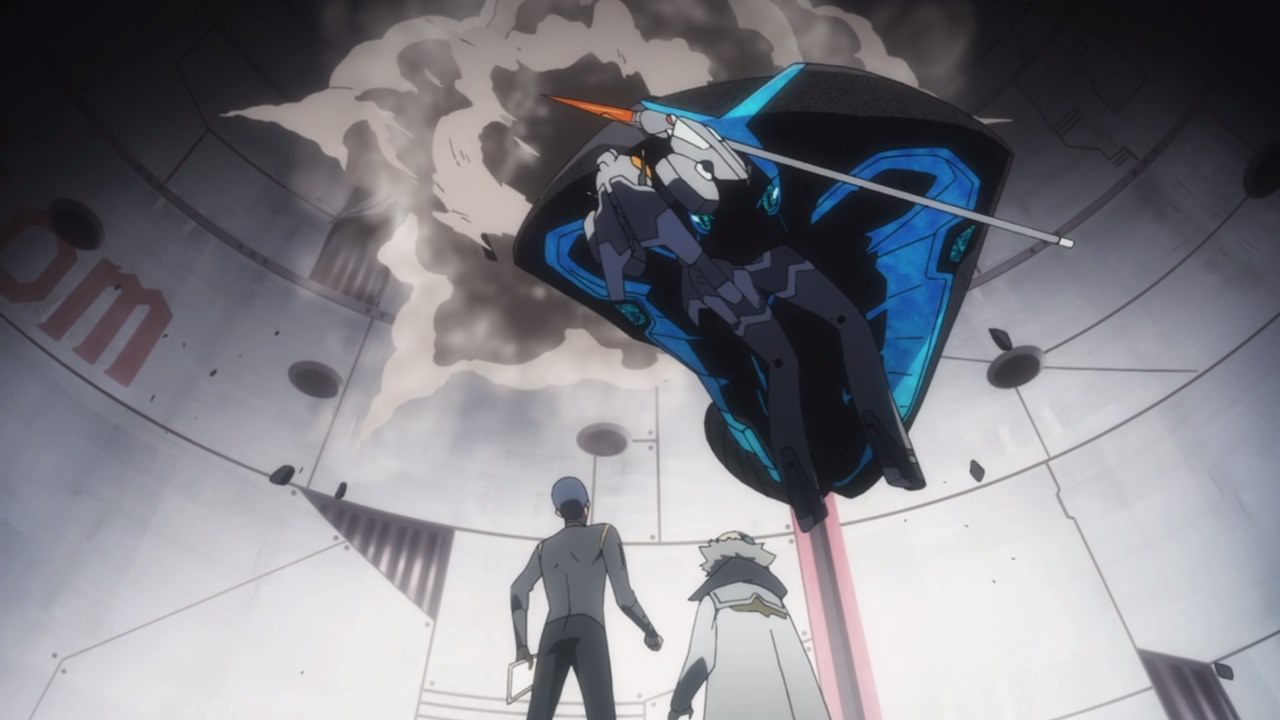 Unfortunately, their quiet time got interrupted as the Gran Crevasse got breached by the klaxosaurs. 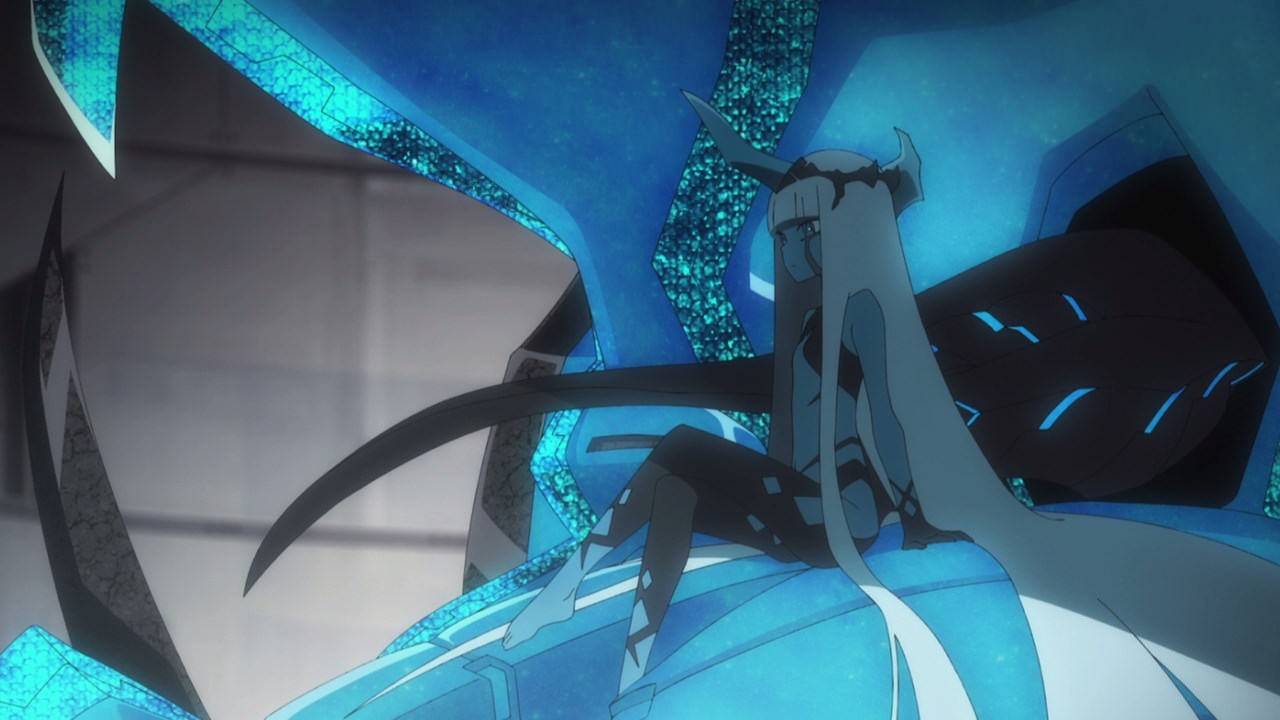 And look, it’s the Klaxosaur Princess, also known as Code:001, as she’s here to stop humanity from killing her brethren.

Oh, and the princess is finding someone who’s worthy to become her partner. 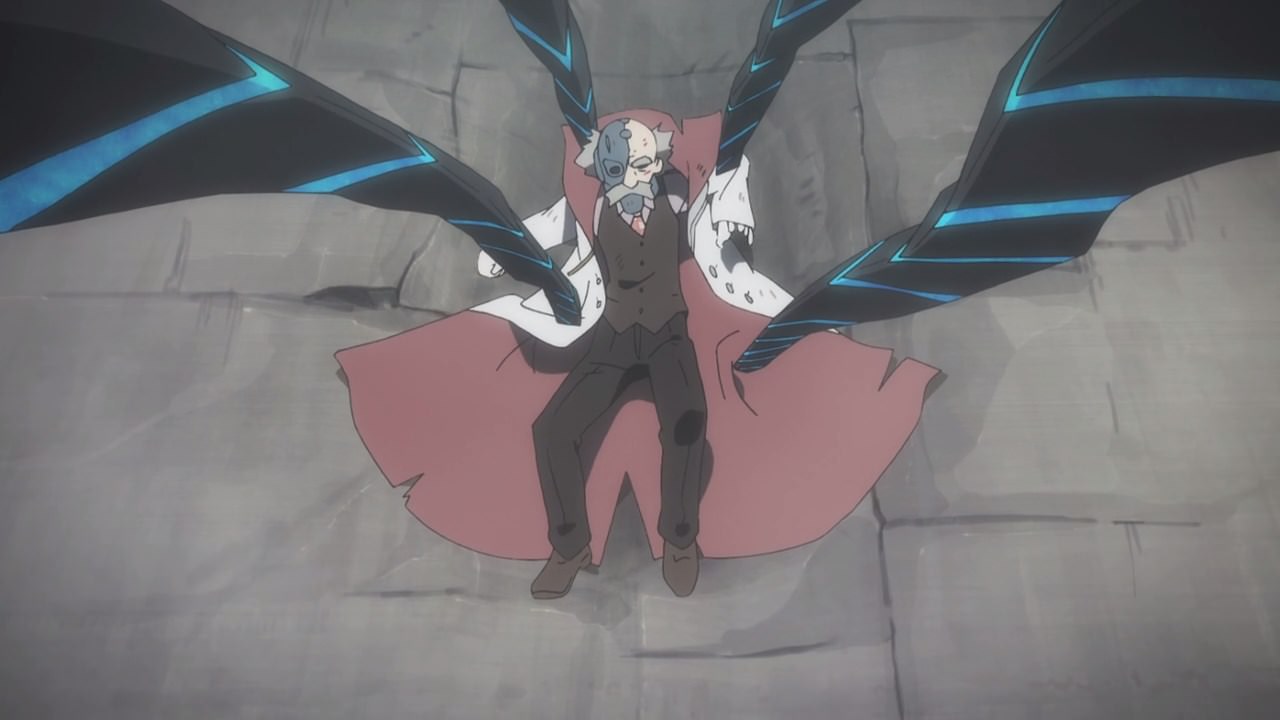 Sadly, it’s not gonna be Dr. Franxx as she’s disappointed towards him, due to his mechanical limbs and all. So then, what is the princess aiming for anyway? 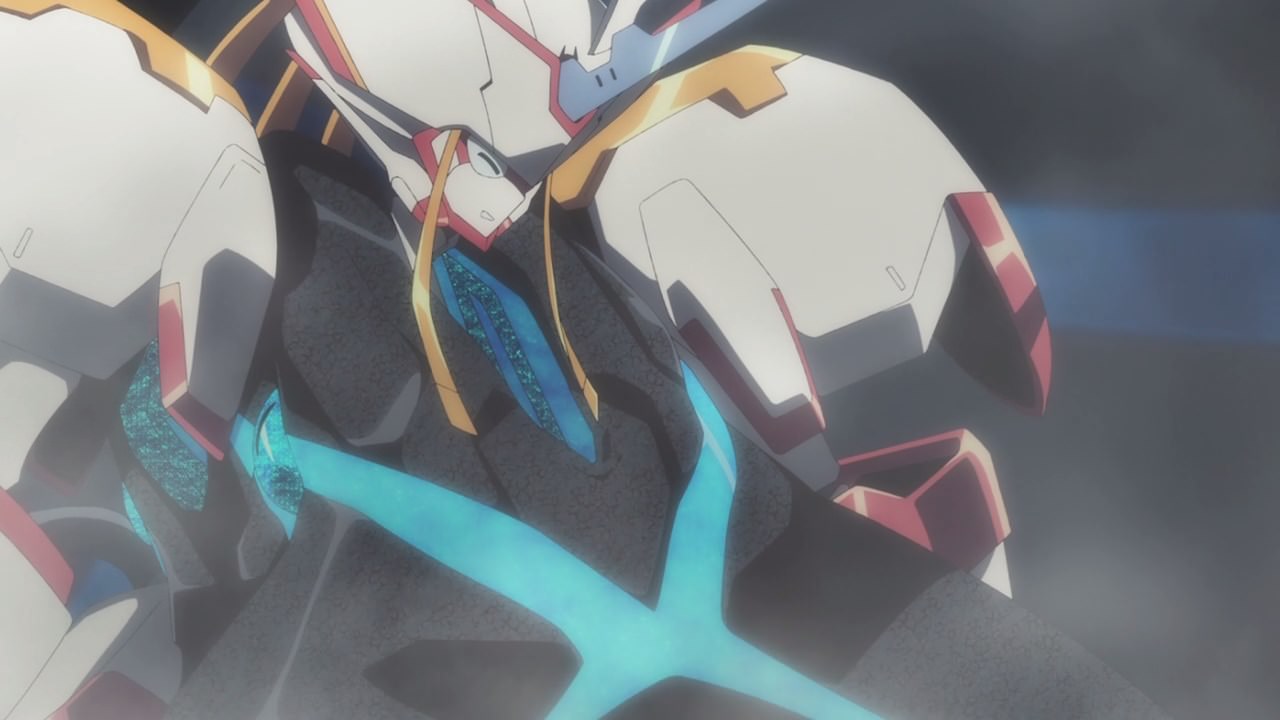 Well, the Klaxosaur Princess is targeting Strelizia which has both Code:016 “Hiro” and Code:002 “Zero-Two”. 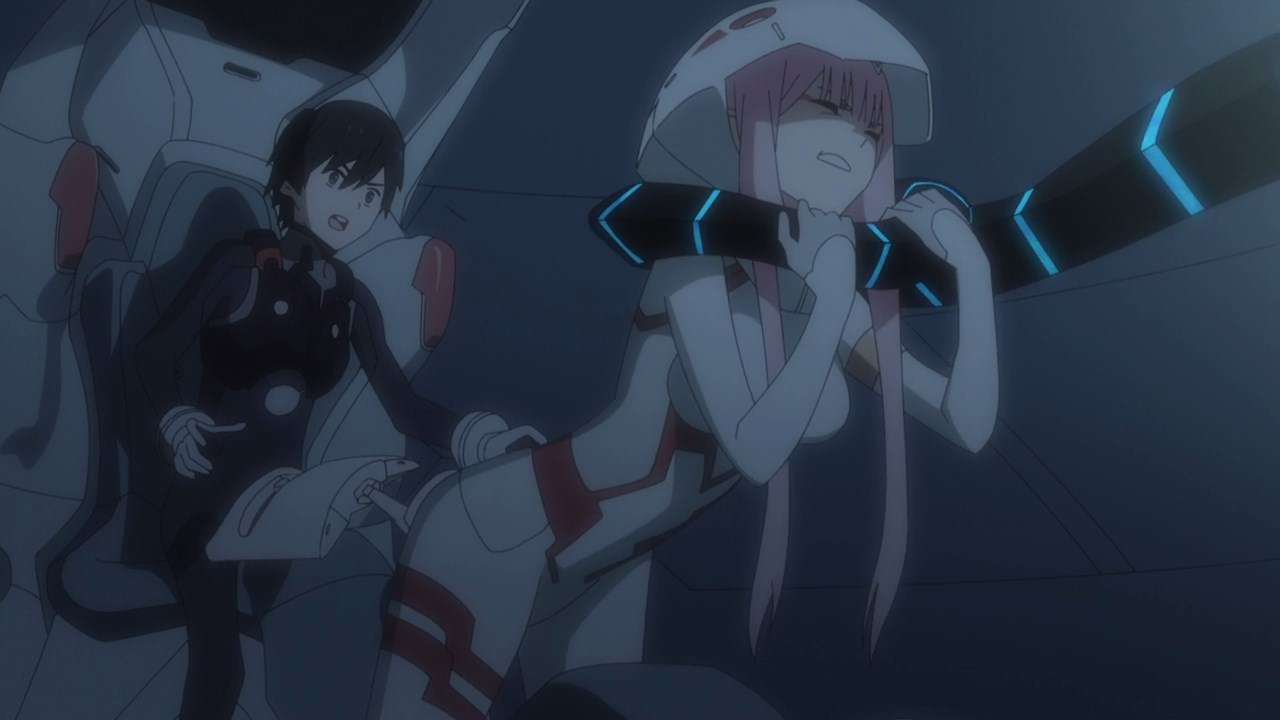 Here, the princess captured Zero-Two but she’s not gonna use her anyway… 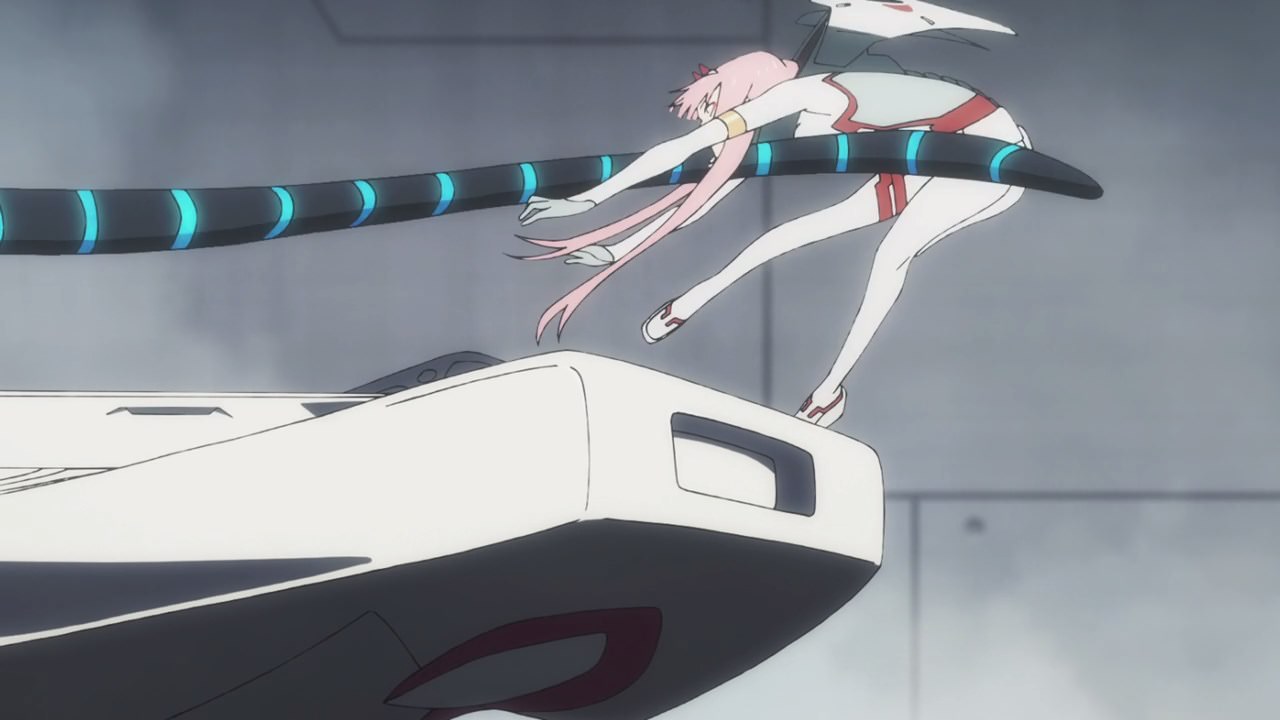 Instead, she throws Zero-Two out as the princess saw her as a clone to her brethren. Ouch, that was mean! 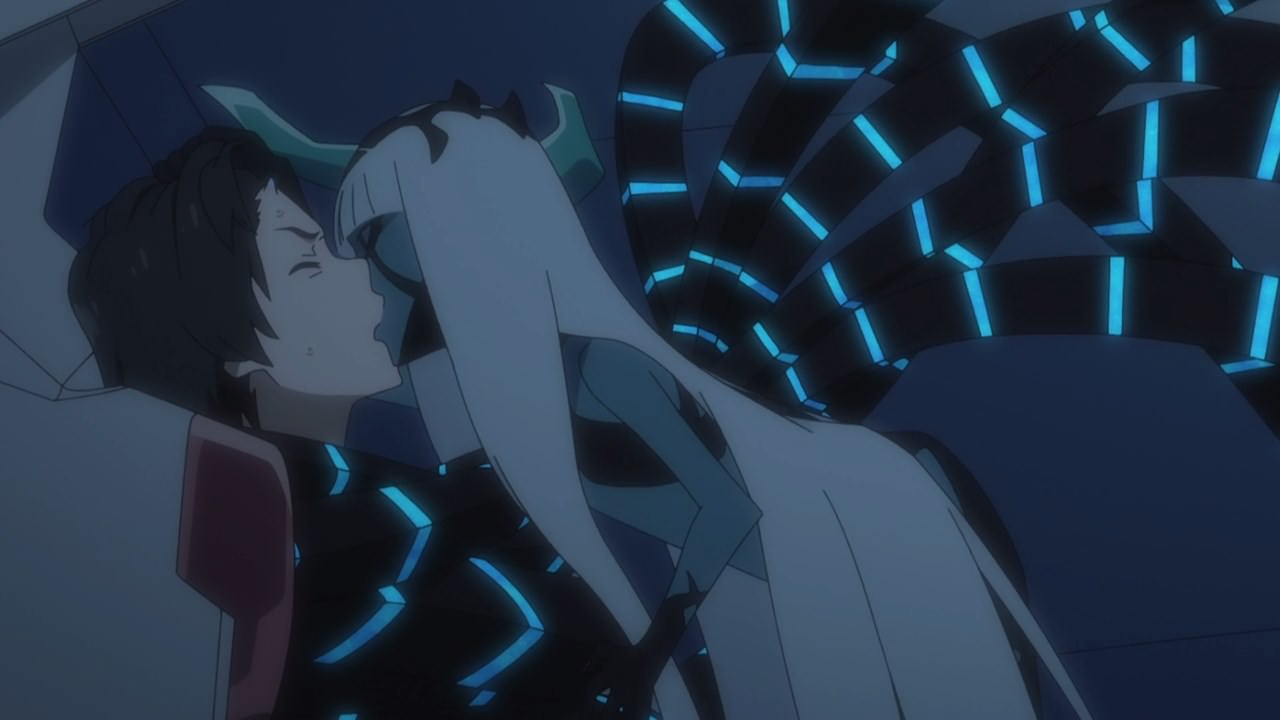 Oh, and it’s a double ouch when the Klaxosaur Princess kissed Code:016 “Hiro” and pilots the Strelizia much like how the parasites do it.

I know that Code:002 “Zero-Two” got cucked seriously hard, but what the hell is going on here!? 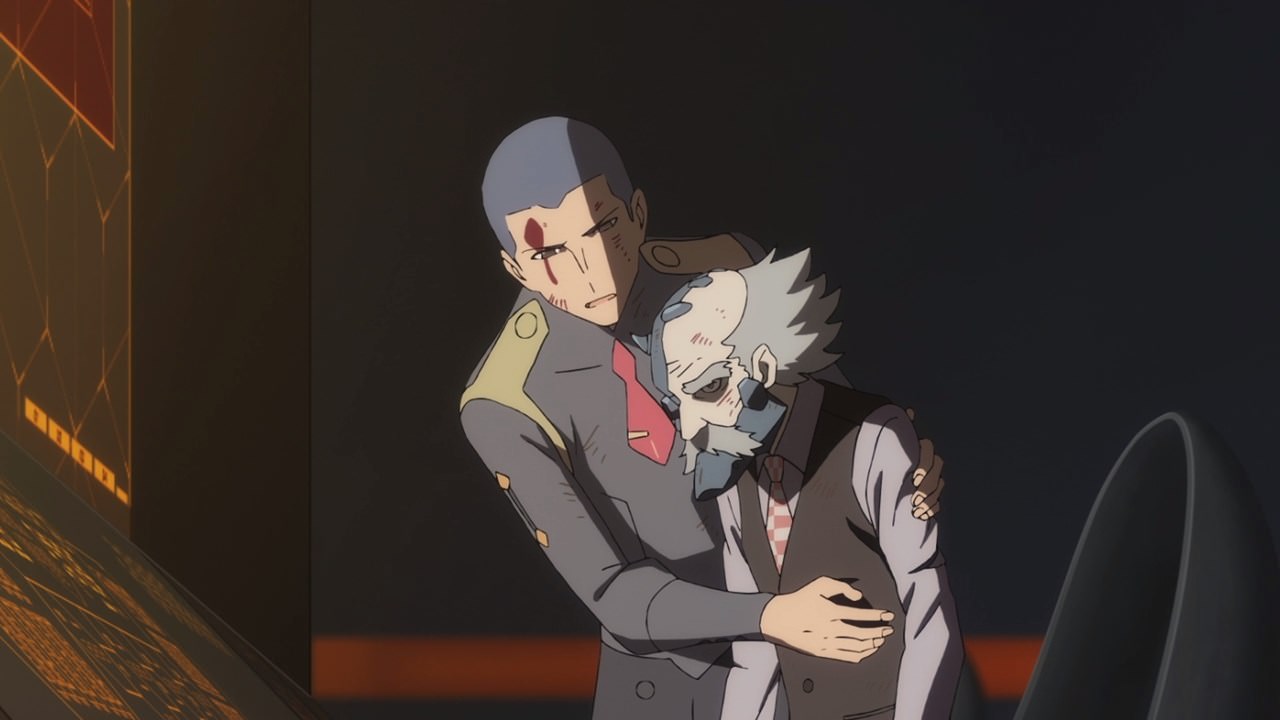 Now then, let’s go back to Dr. Franxx as he revealed something that’ll shocked the parasites. Sure that we all know that the klaxosaurs have humans as its core, but the likes of Code:666 “Zorome” couldn’t believe it until now.

Also, there’s more to it as the FranXX are based on klaxosaur technology. These klaxosaurs are actually created and piloted by klaxo sapiens, which turned out that they have the same DNA as the humans. Basically, what they’re fighting for is pretty much pointless as the parasites are just straight-up killing their own people!

Well to be fair, the hints are there starting from Episode 15 and the characters are left in the dark until this revelation! 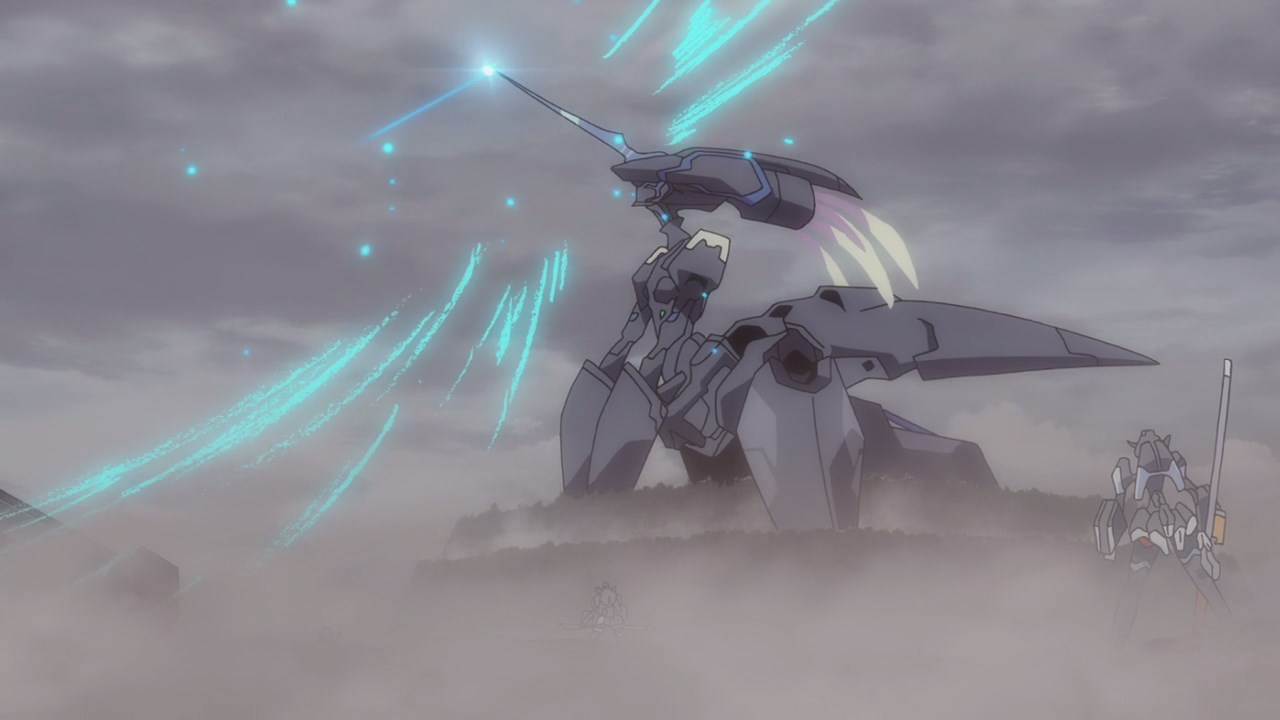 Anyways, the Klaxosaur Princess has activated Star Entity, now known as Strelizia Apath as she used its ultimate attack against the invaders… 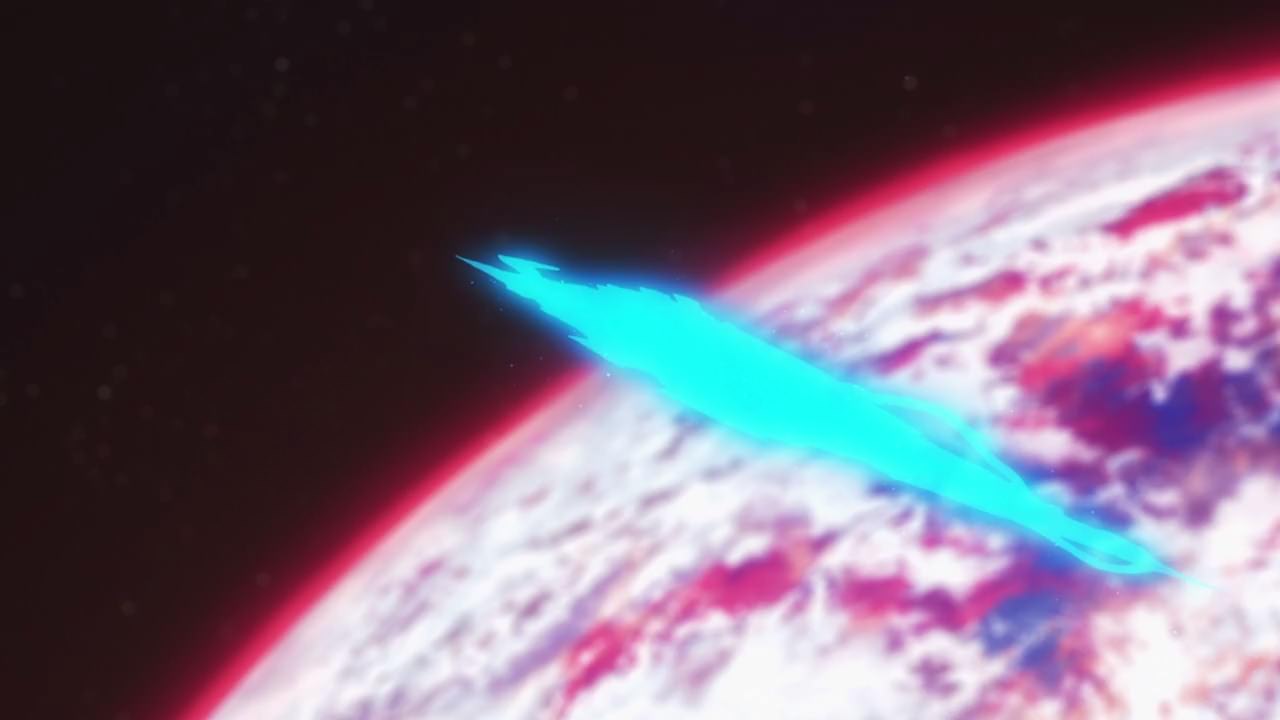 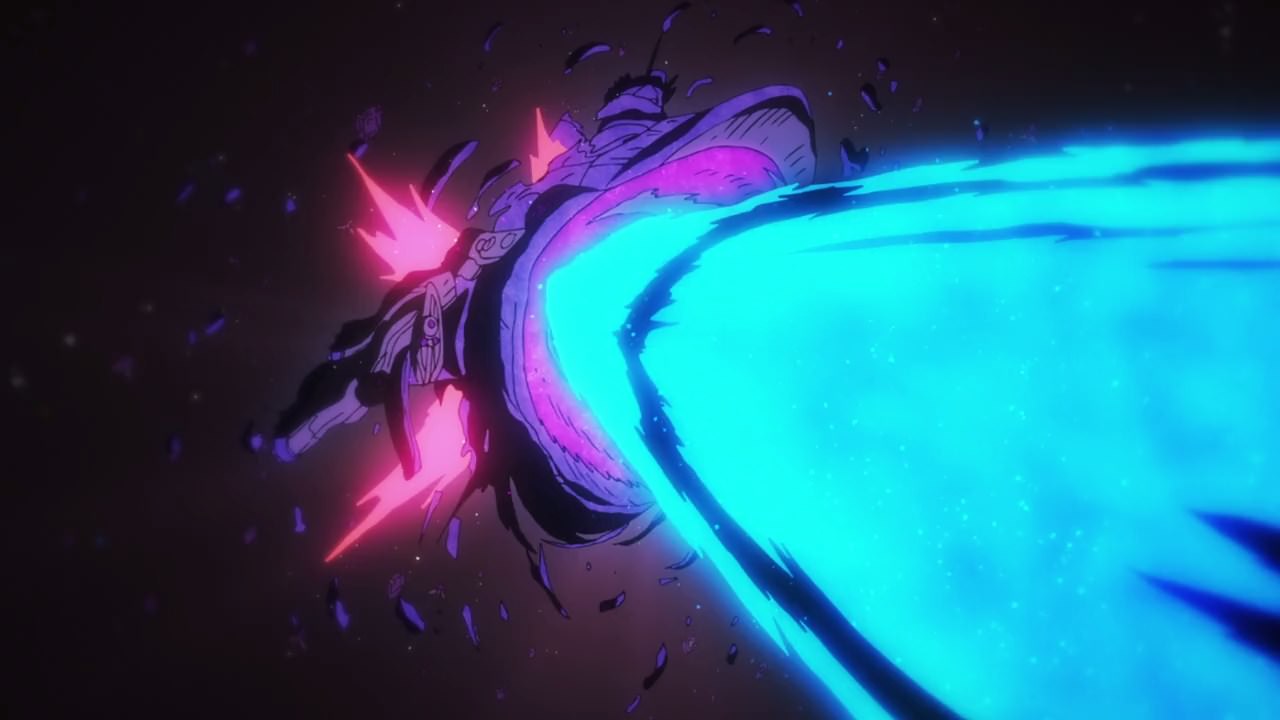 More specifically, these spaceships as they came to Earth not just to come in peace, but for something sinister.

Wait, where is Papa and the rest of the council? Are they shocked that a third-party arrived to interfere the battle between humanity and the klaxosaurs? 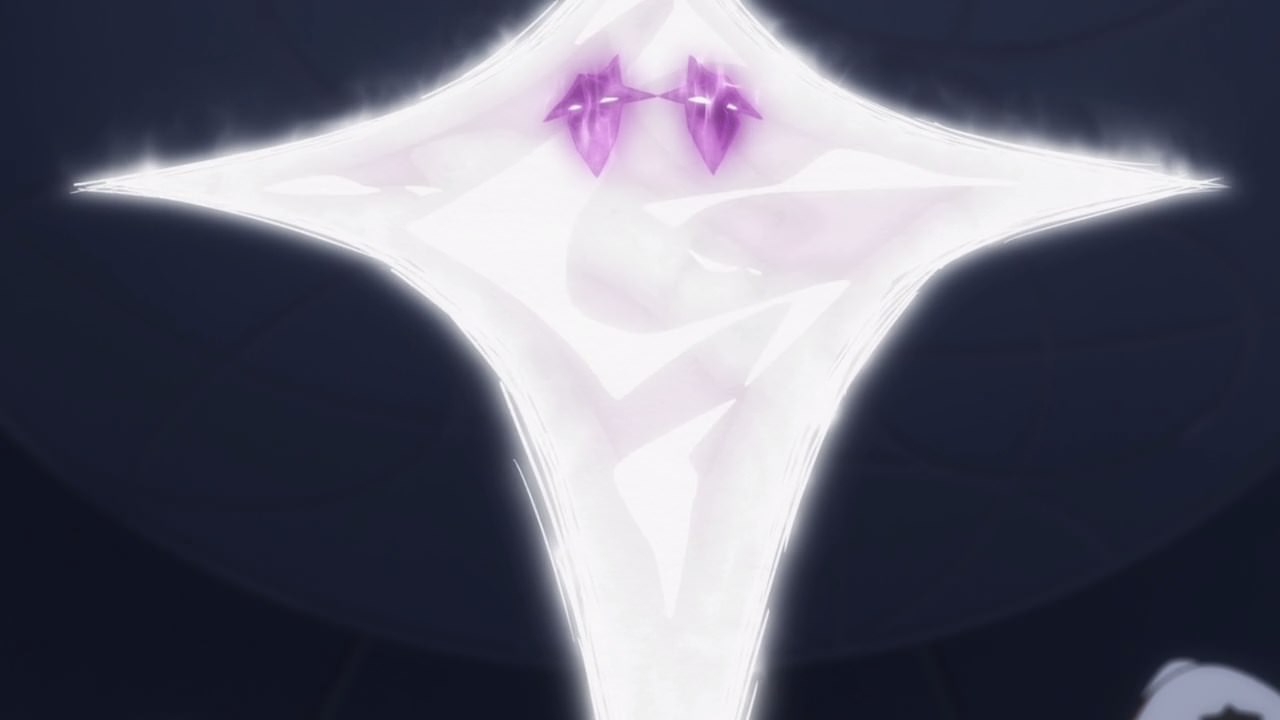 Guess what? It turns out that Papa and the rest are in cahoots with those invaders from outer space, now known as VIRM as their true intention is to siphon all of the magma energy from the Earth’s core, enslave humanity by turning them into infertile and docile beings, and then blow up the planet once they’re done toying the humans.

Well, I knew that they’re the real enemies instead of the klaxosaurs! On the other hand, their intentions somewhat mirrors that of the life fibers from Kill La Kill. In any case, looks like Papa and the rest have finally become full-blown villains as they proceed on destroying Earth… 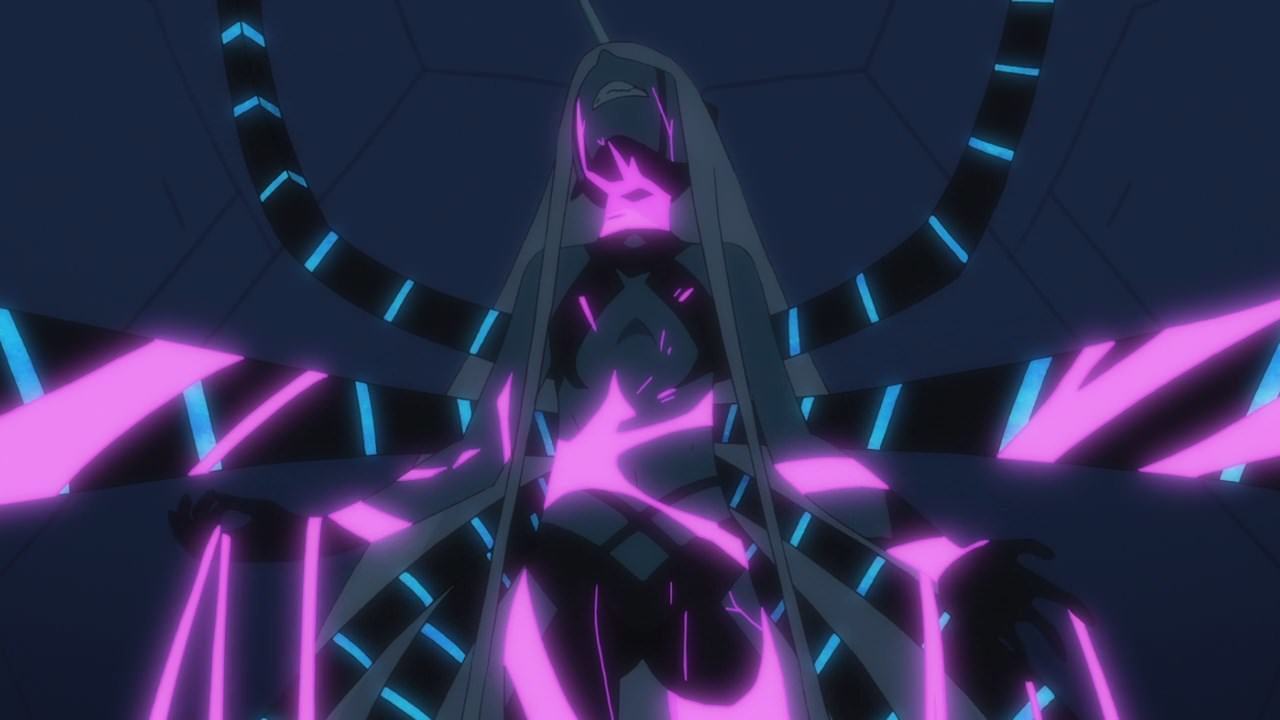 …starting by controlling the Klaxosaur Princess within the Star Entity. Oh yes, let’s not forget that Code:016 “Hiro” so he’s in danger of being controlled by VIRM! 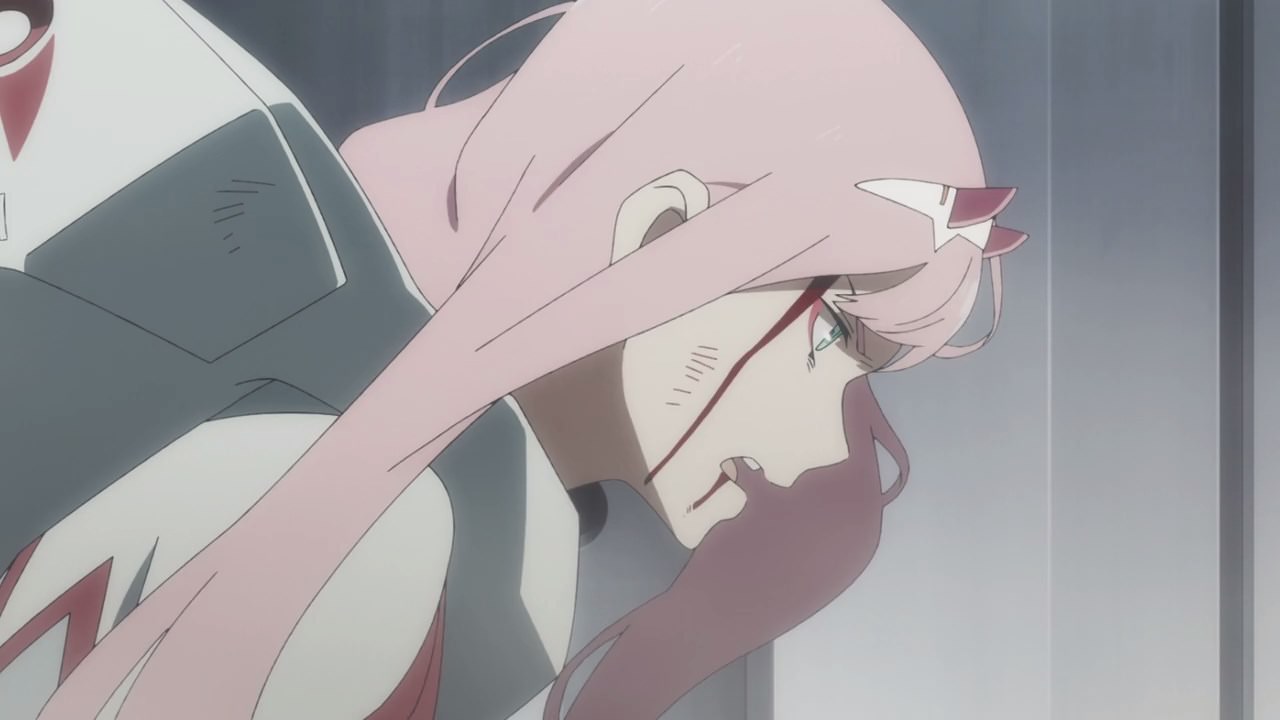 As for Code:002 “Zero-Two”, she maybe injured but Zero-Two will do whatever it takes to bring her darling Hiro back to her!

Anyways, I’ll see you next time as the parasites will have to cope up with the biggest revelation that they’re now fighting against invaders from outer space, not klaxosaurs! One more thing though, what’s gonna happen to Papa’s delightful children, are the 9’s gonna follow orders until the end? We’ll never know…