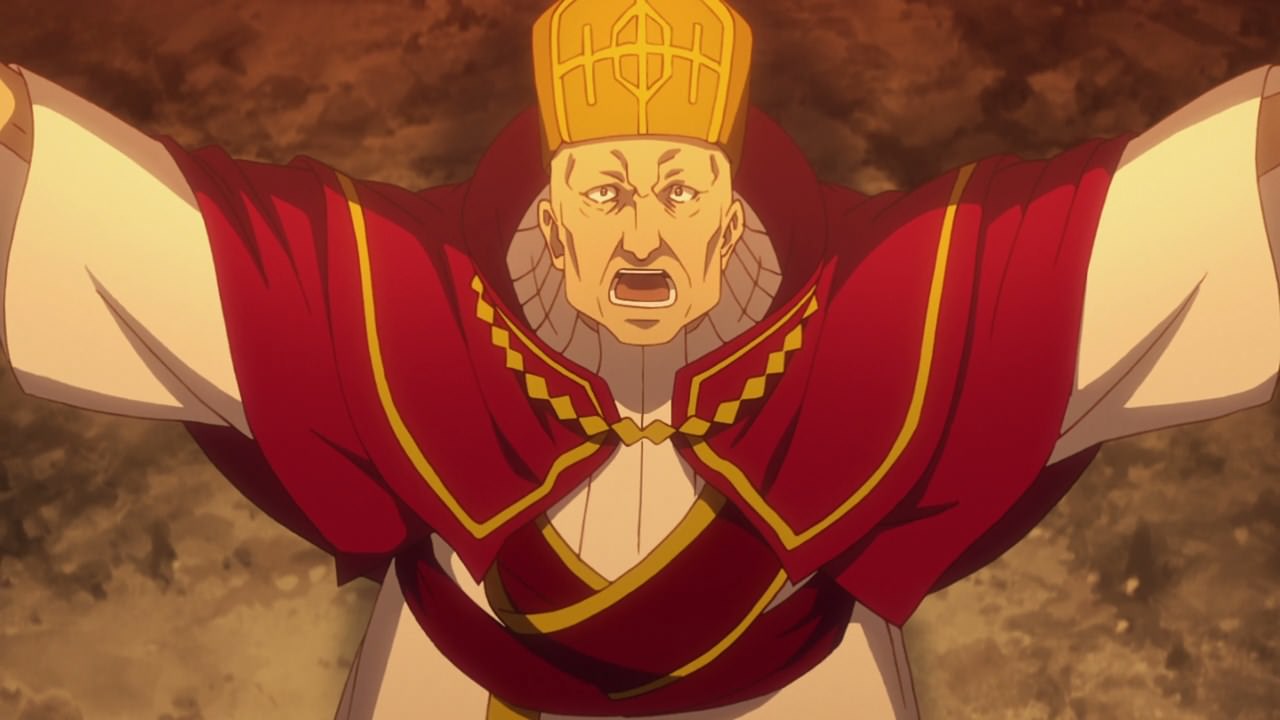 Well, seems that the Order of the Crests have thrown their gauntlet as Pope Leone declared war against Theo Cornaro and his Imperial Army.

Man, they’re sure are late in the party just as the Mage Academy went into action and occupied Eramu. Of course, Theo is concerned about the Order’s followers as he doesn’t want any innocent lives being killed. 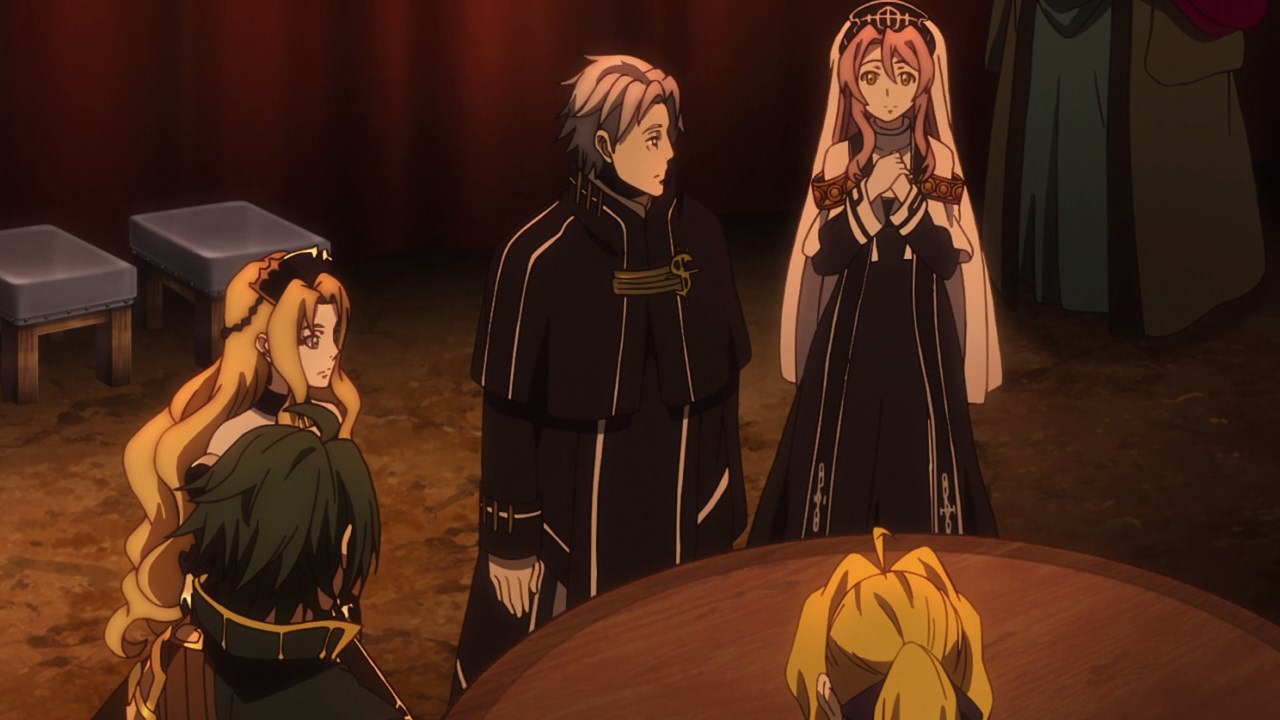 So, Siluca Meletes suggested to Theo of sending Priscilla Farnese to the Order of the Crests and convince Pope Leone to join the Imperial Army’s cause.

But don’t worry, Siluca will protect Priscilla together with Aishela and Irvin if things went awry. 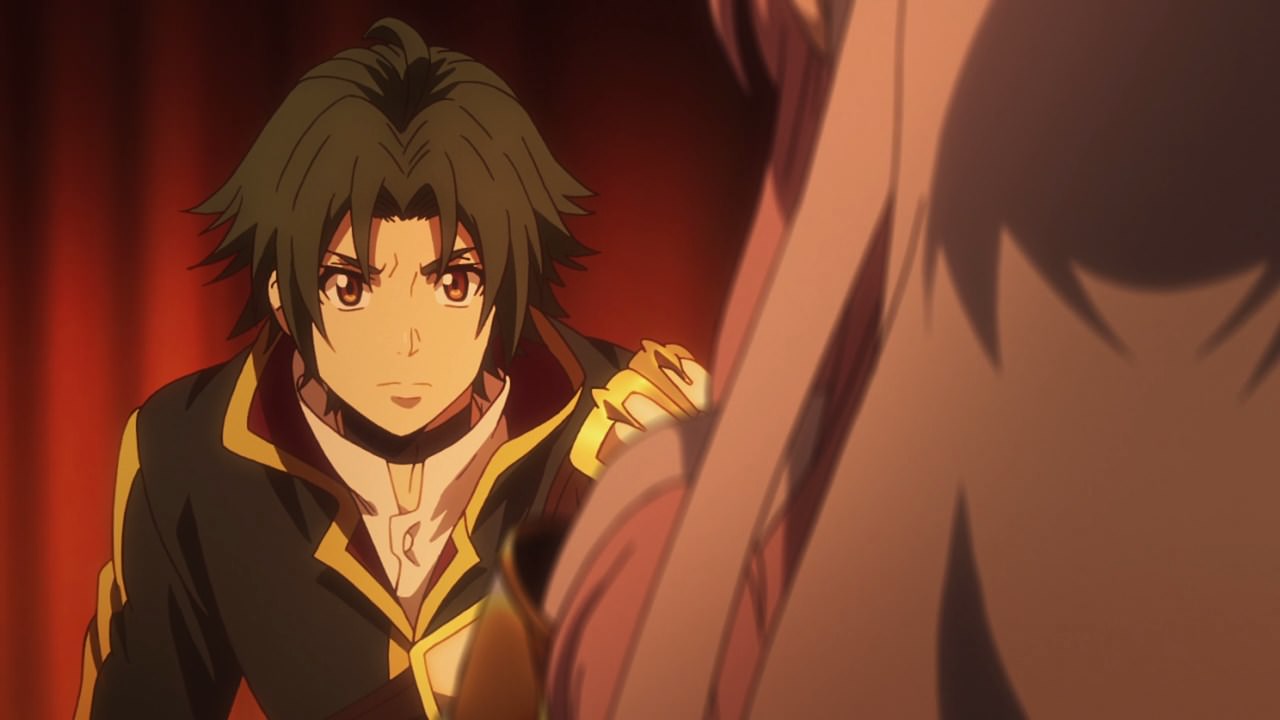 Of course, Theo Cornaro doesn’t want to put Priscilla into danger because he knows damn well that Pope Leone considers her as a threat to his legitimacy as the holder of the Holy Grail.

Then again, Priscilla Farnese will do her best to convince the Pope and the Order’s supporters. 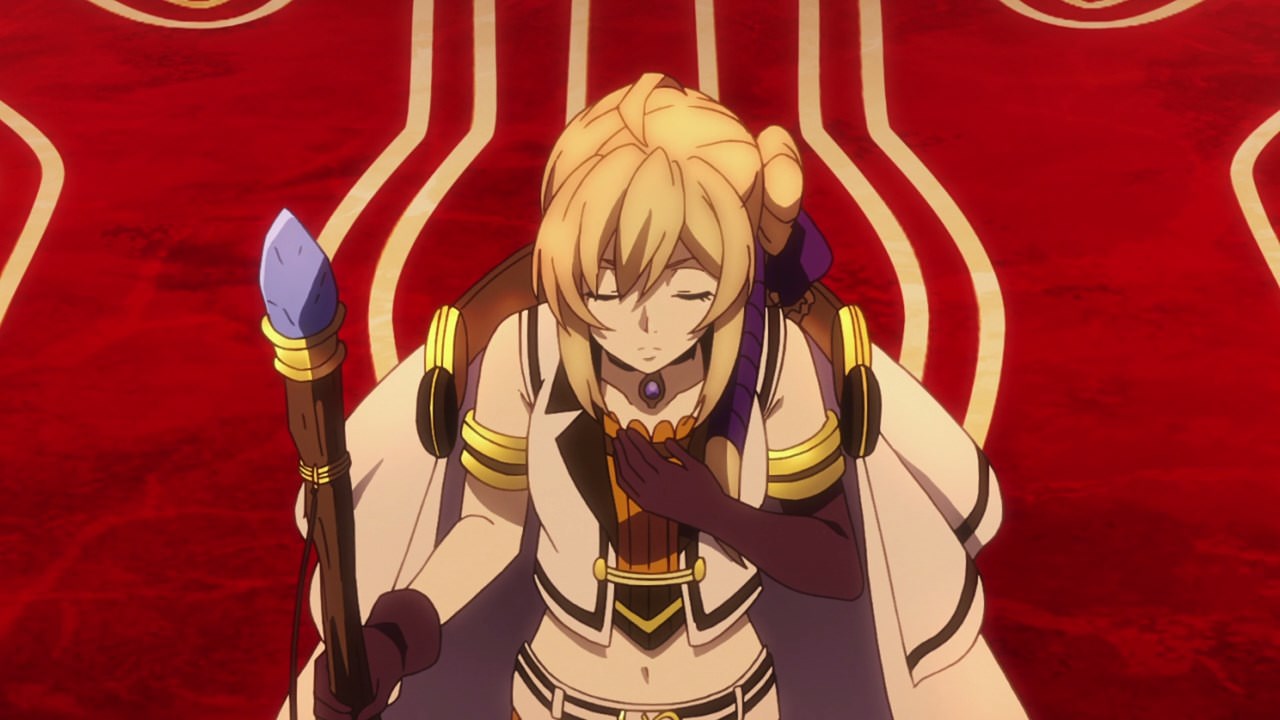 Anyways, Siluca Meletes accompanied Priscilla Farnese to the Order of the Crests where she tries to convince Pope Leone to join Theo Cornaro’s side. 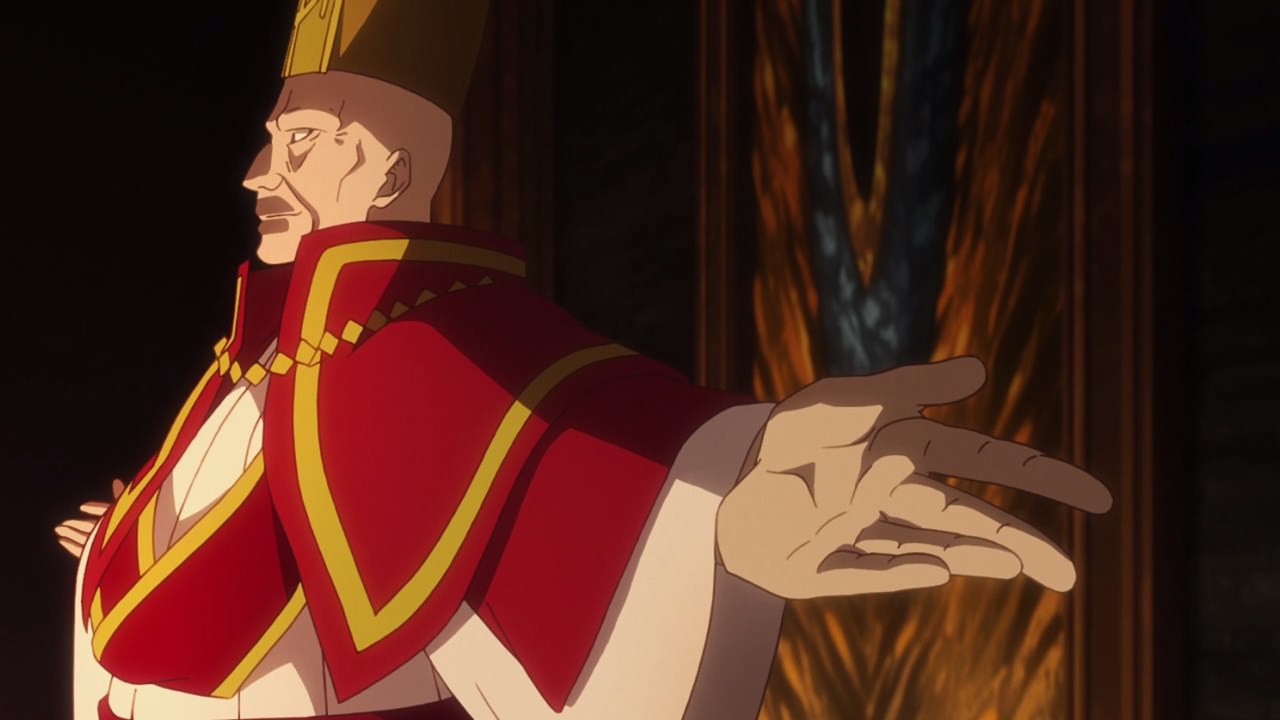 As for the Pope, he’ll gladly accompany Theo on the conditions to surrender his crest to him, something that Silica won’t accept it!

Well, looks like Siluca Meletes and her allies are in a bind right now. 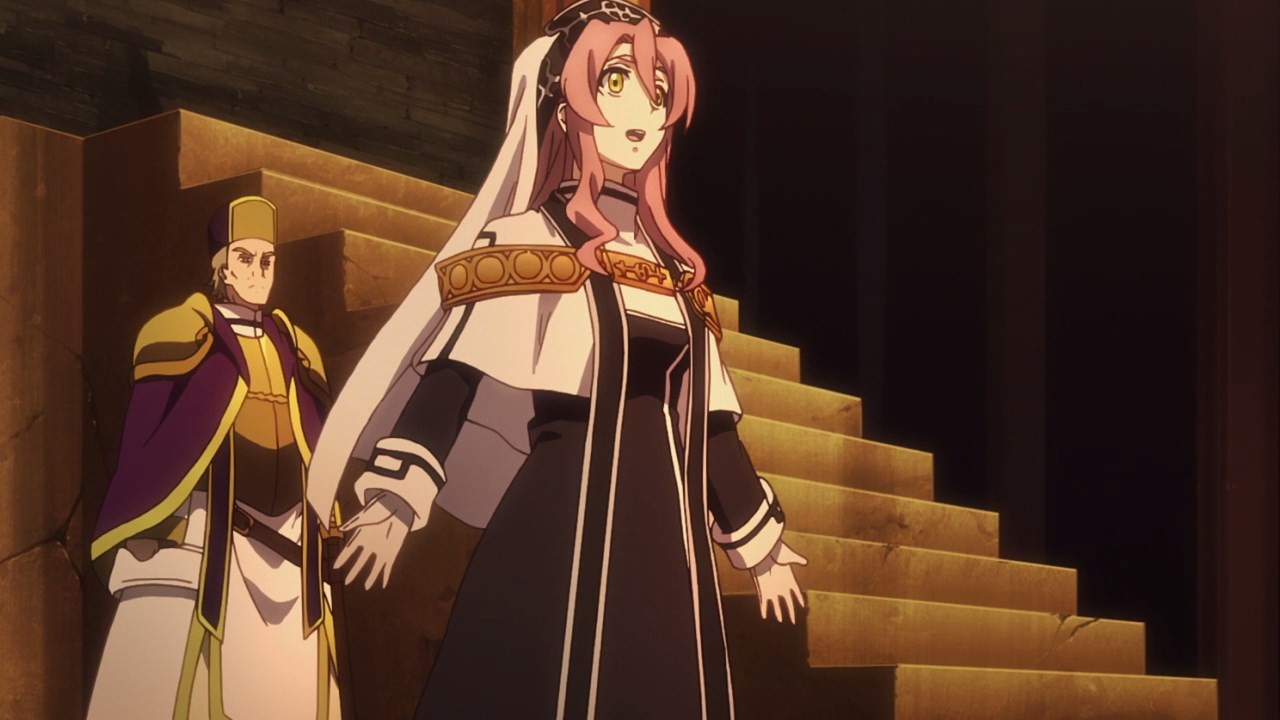 However, the situation has changed where Priscilla Farnese showed up and told the followers regarding the teachings of her father and founder of the Order, Ernest Farnese.

By the way, that guy over there seems oddly familiar. Is he the guy who appeared back in Episode 15? 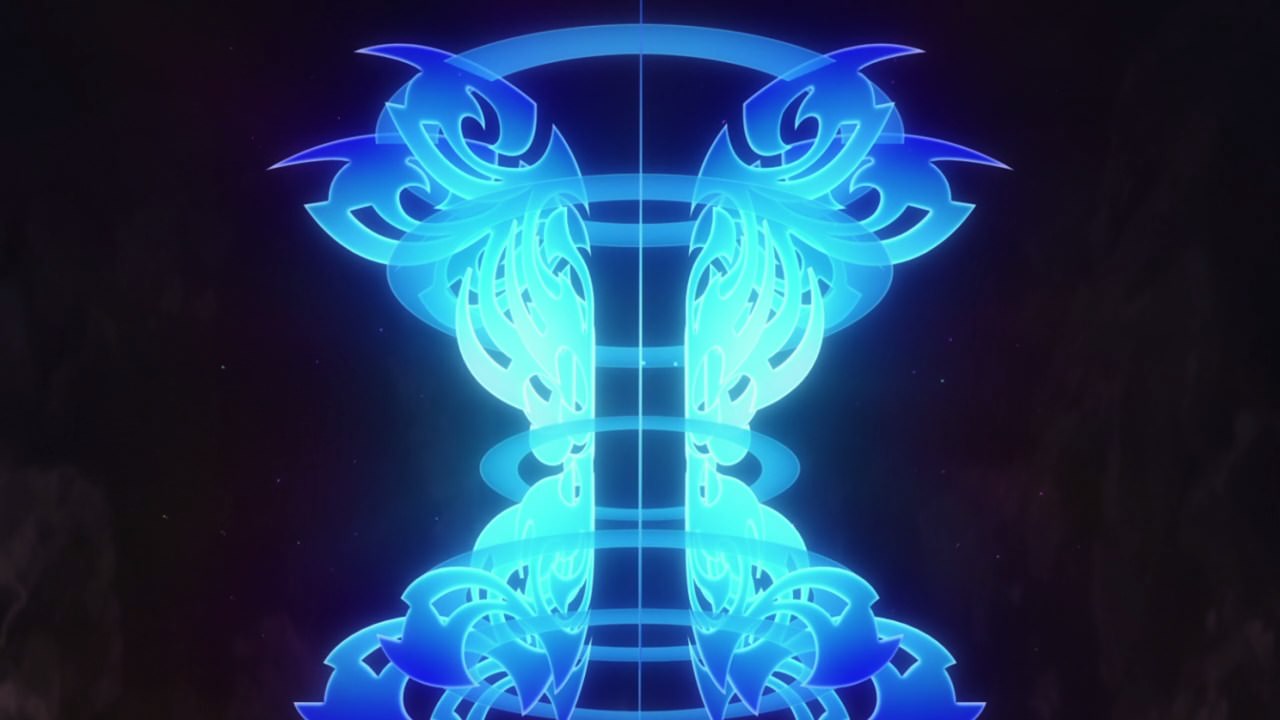 In any case, Priscilla Farnese summoned the Holy Grail to the followers in which they showed joy and enlightenment upon seeing it.

Well then, looks like the Order of the Crests are seeing Priscilla as their savior thanks to the Holy Grail! 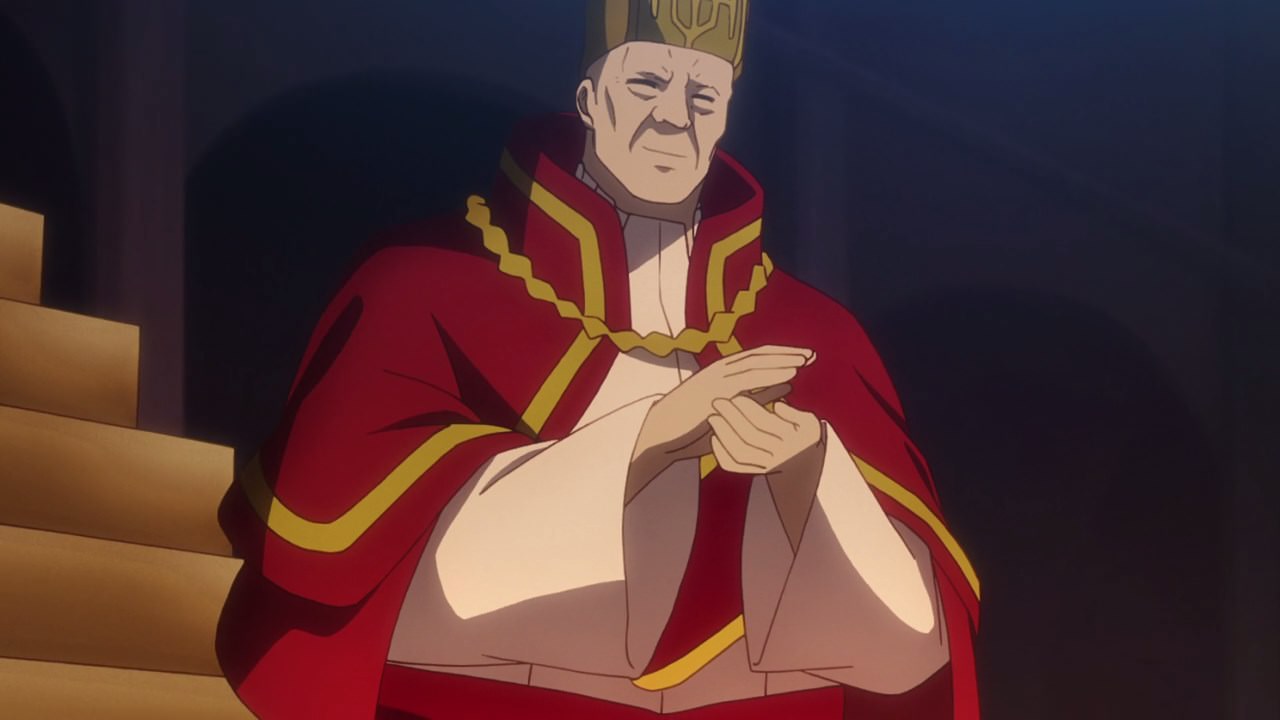 But for Pope Leone, he’s impressed regarding Priscilla Farnese and the Holy Grail, thus he decides to offer allegiance to her. 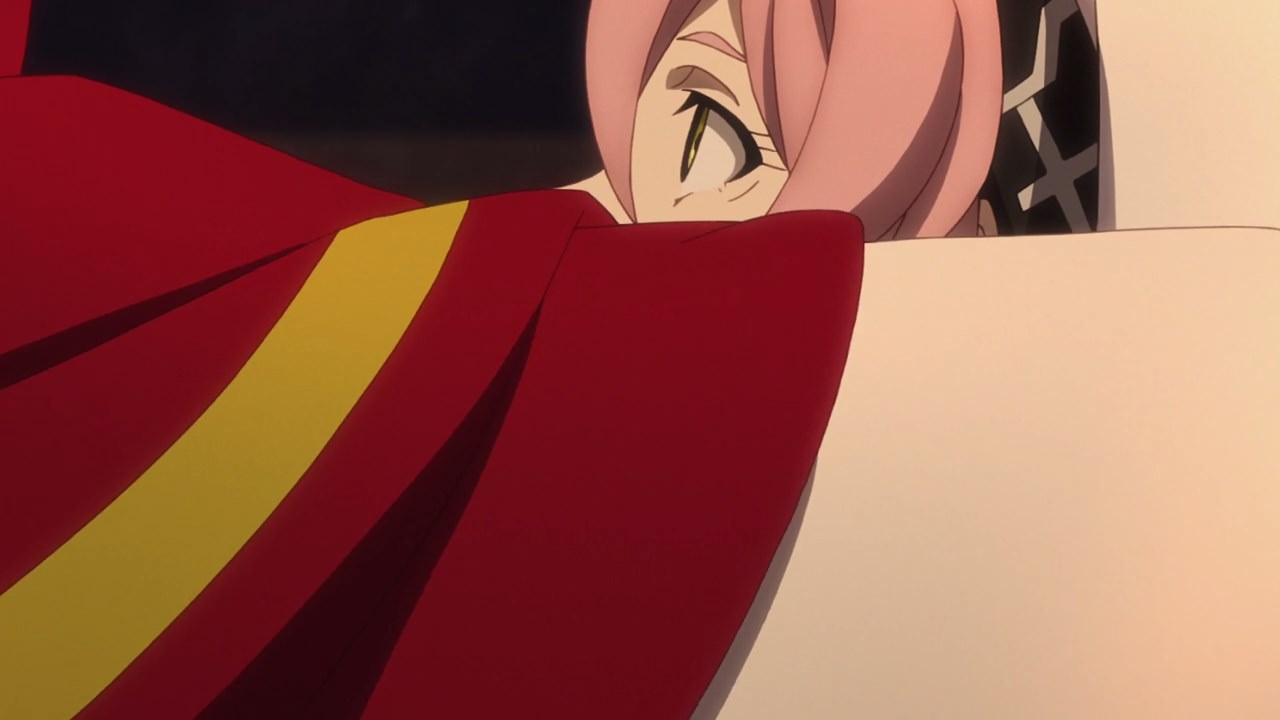 And so, Pope Leone hugged Priscilla Farnese very tightly, not knowing that it’s a deadly euphemism. 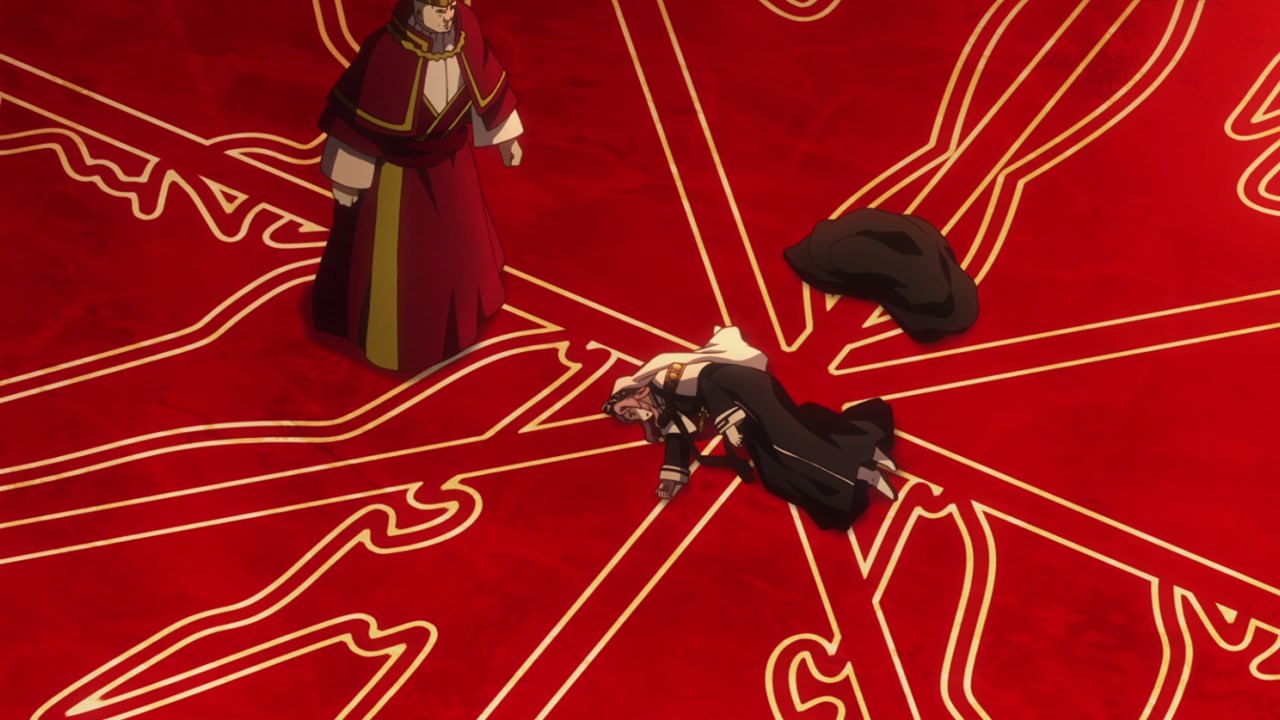 As you can see, Pope Leone stabbed Priscilla in the heart and declared her as an heretic.

Dammit, now the situation has gone worse for Siluca Meletes and her allies as what Theo Cornaro feared for have come true! 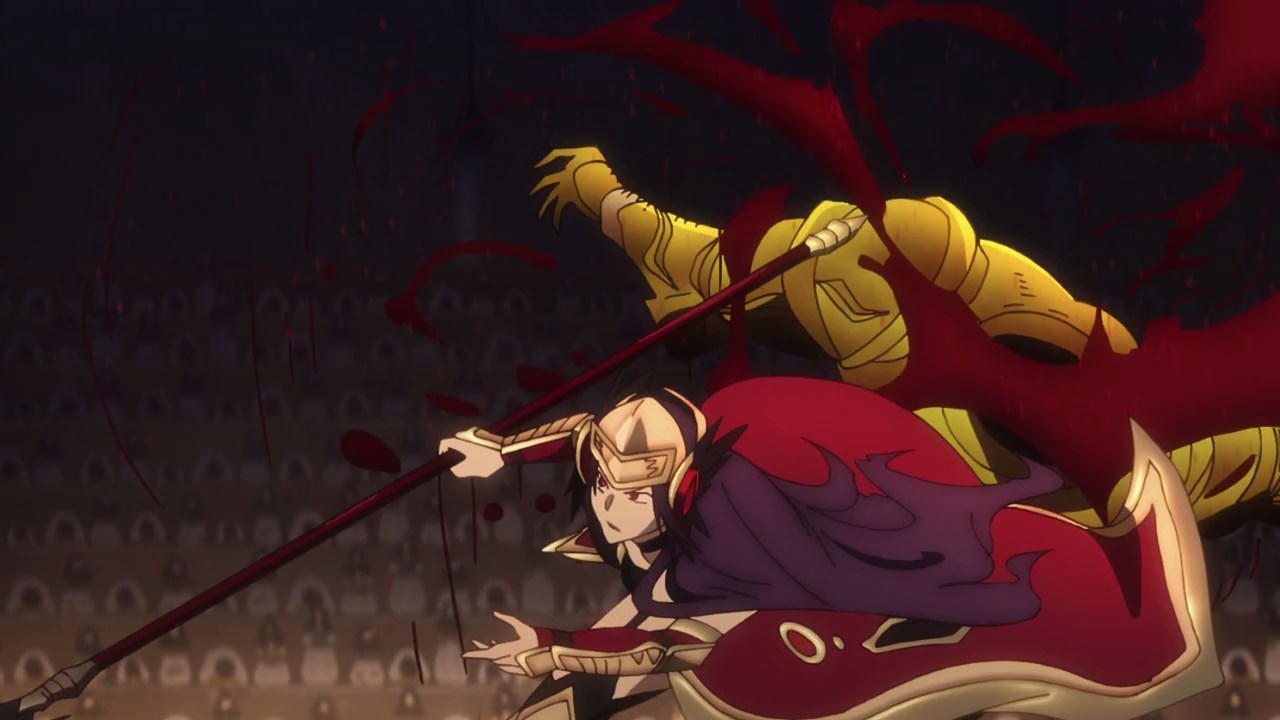 With that said, looks like Aishela and Irvin have no choice but to defend Siluca and themselves from the Order’s Papal Guards.

Unfortunately for Pope Leone’s army, they’re not doing well against Aishela despite losing her powers in the previous episode. 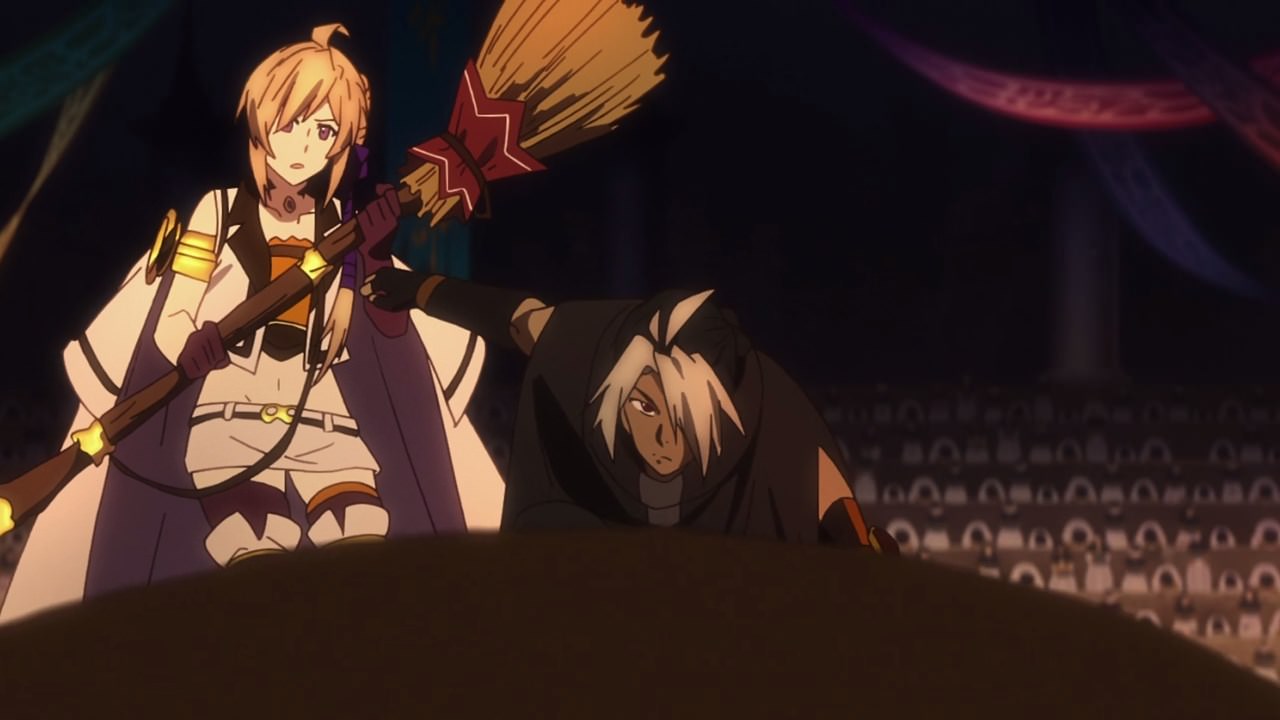 As for Siluca Meletes and Irvin, they’re keeping their toes against the enemy for the time being. On the other hand, where’s the Holy Grail? 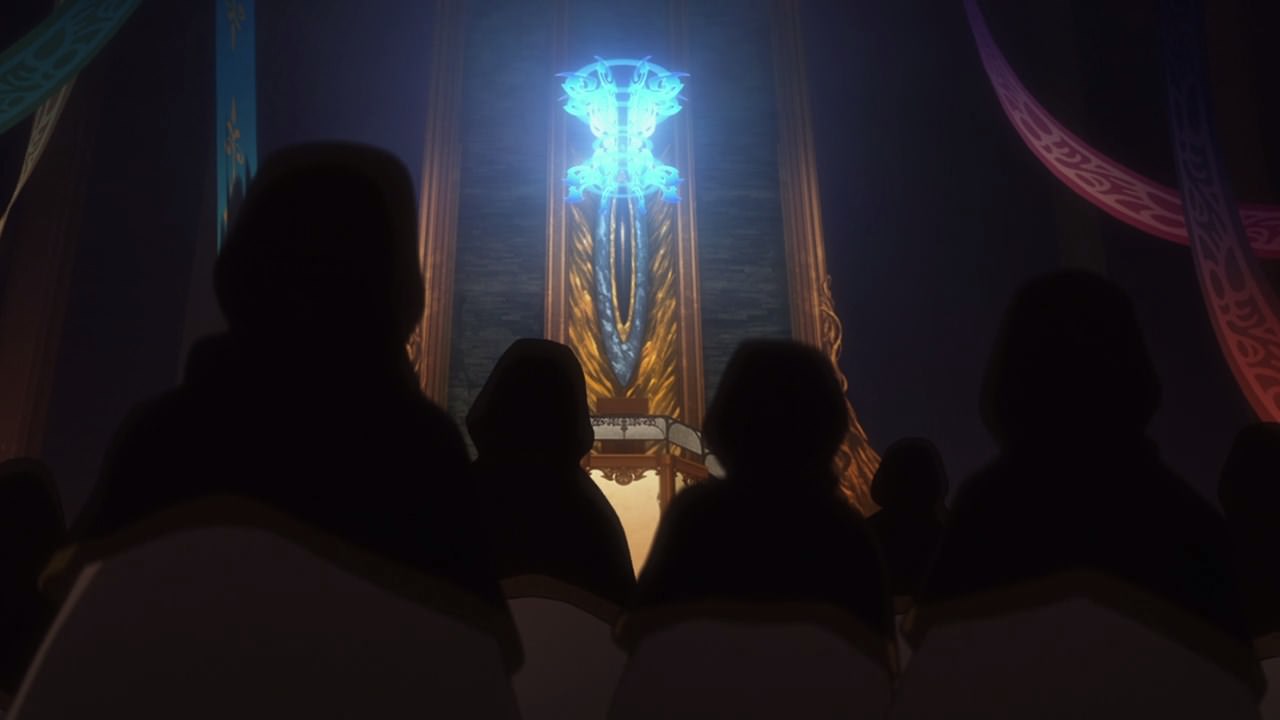 Well, seems that it’s still there as the Grail stands even if Priscilla Farnese died at the hands of the Pope. 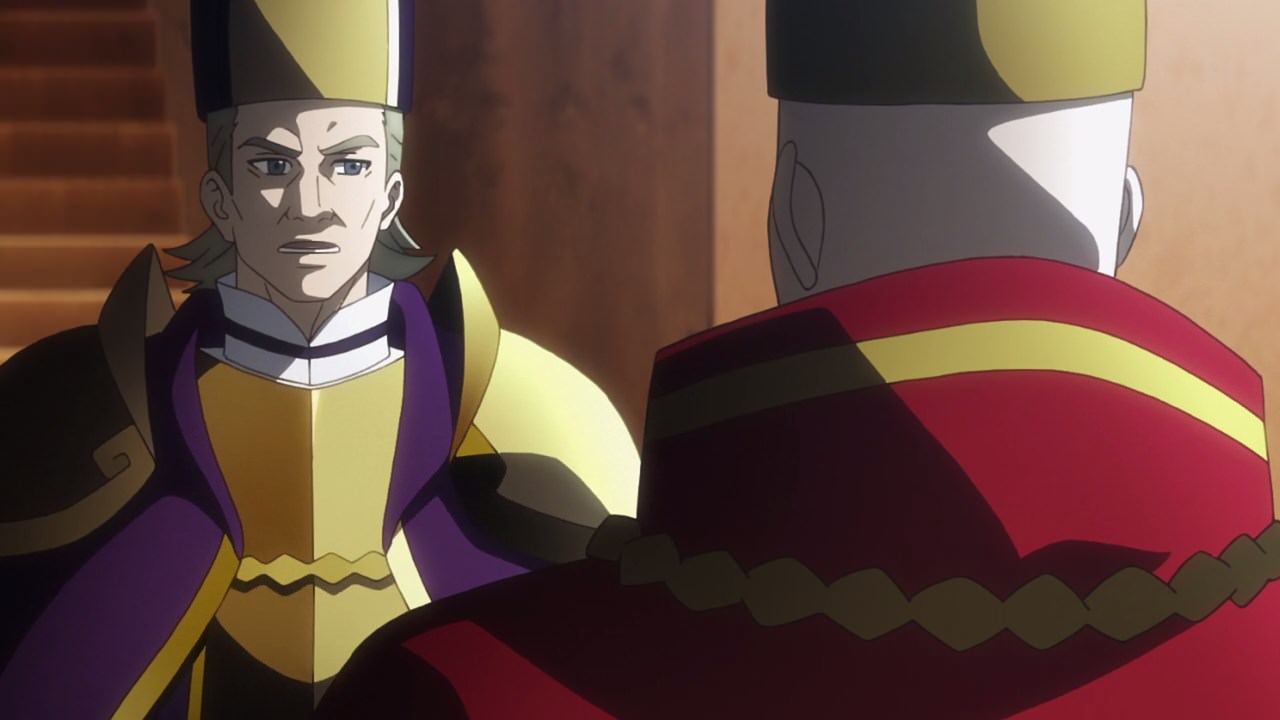 Speaking of Pope Leone, one of his confidants told him to get the Holy Grail or he’ll murder the pope right away from being useless to Pandora’s cause. 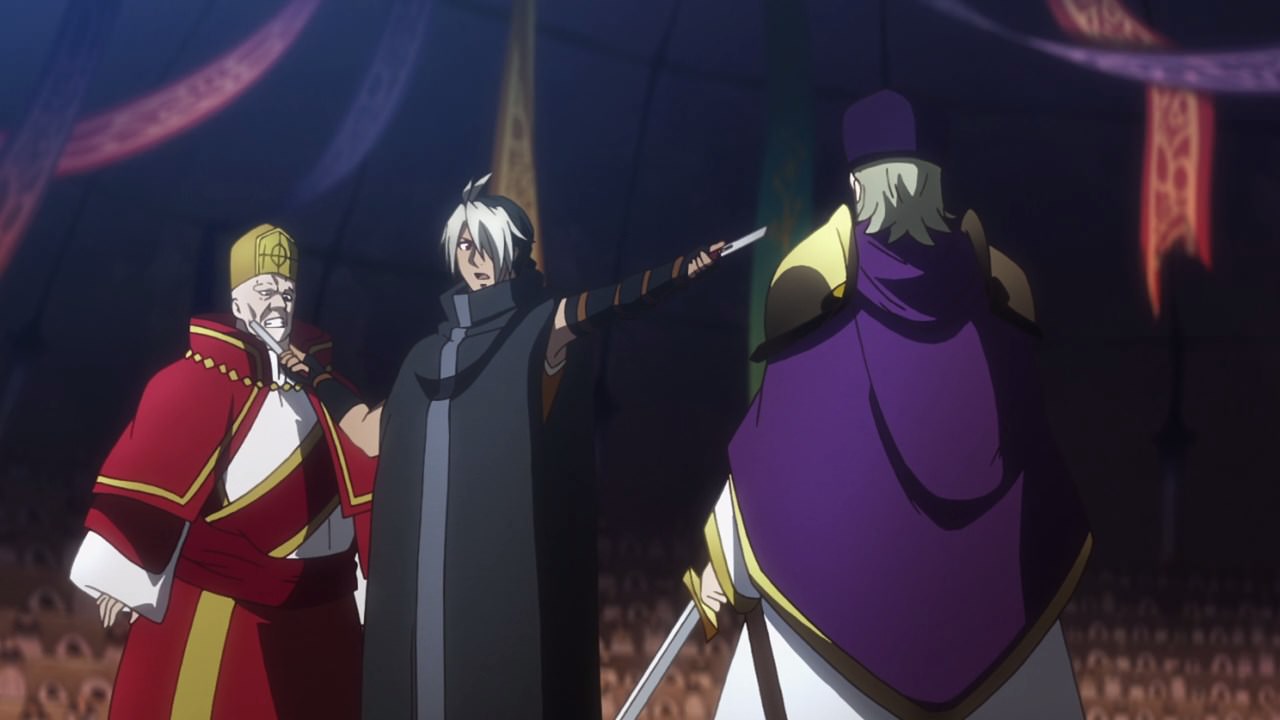 Not until Irvin interfered in which he told this Pandora agent to get his hands off from Pope Leone.

After all, Siluca Meletes needed him so that the Order of the Crests won’t have to engage in battle against the Imperial Army. 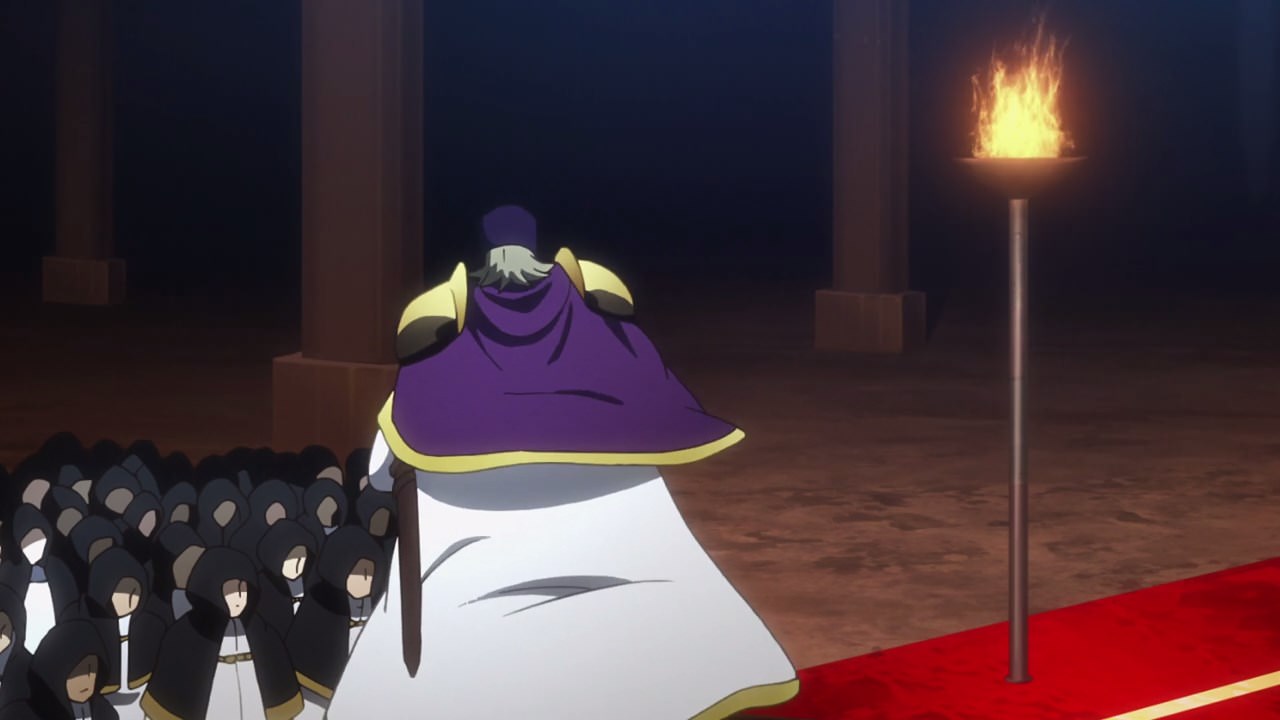 In any case, looks like this Pandora agent will have to make his escape. Even if both Aishela and Irvin captured him, nothing will change! 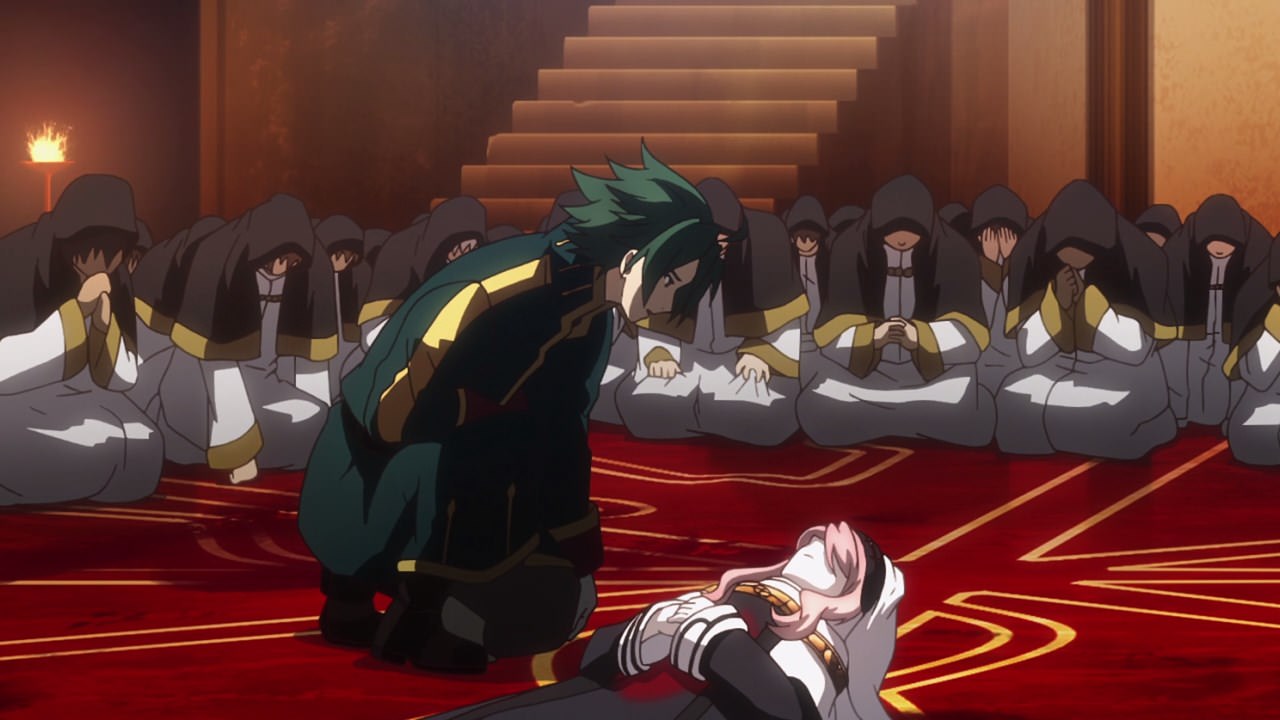 Now then, Theo Cornaro has arrived and he’s deeply saddened about Priscilla’s death.

I must admit that I’m depressed upon seeing Priscilla unceremoniously killed due to her true beliefs. 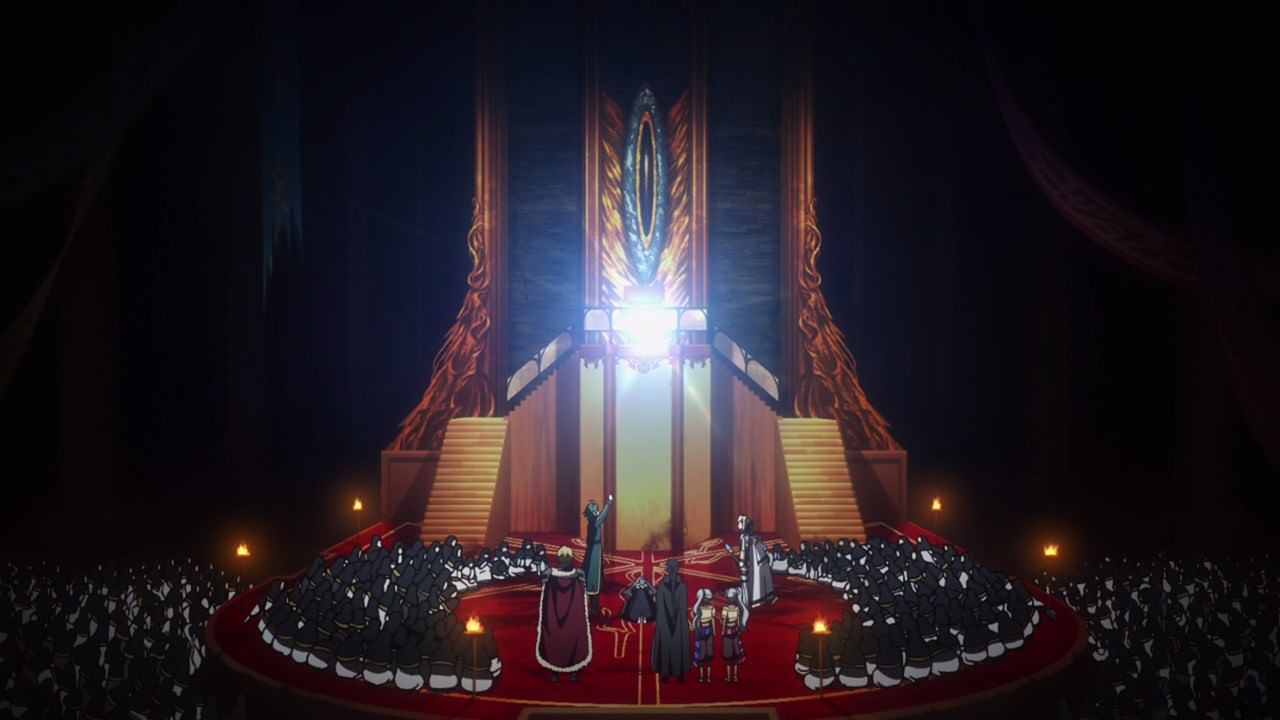 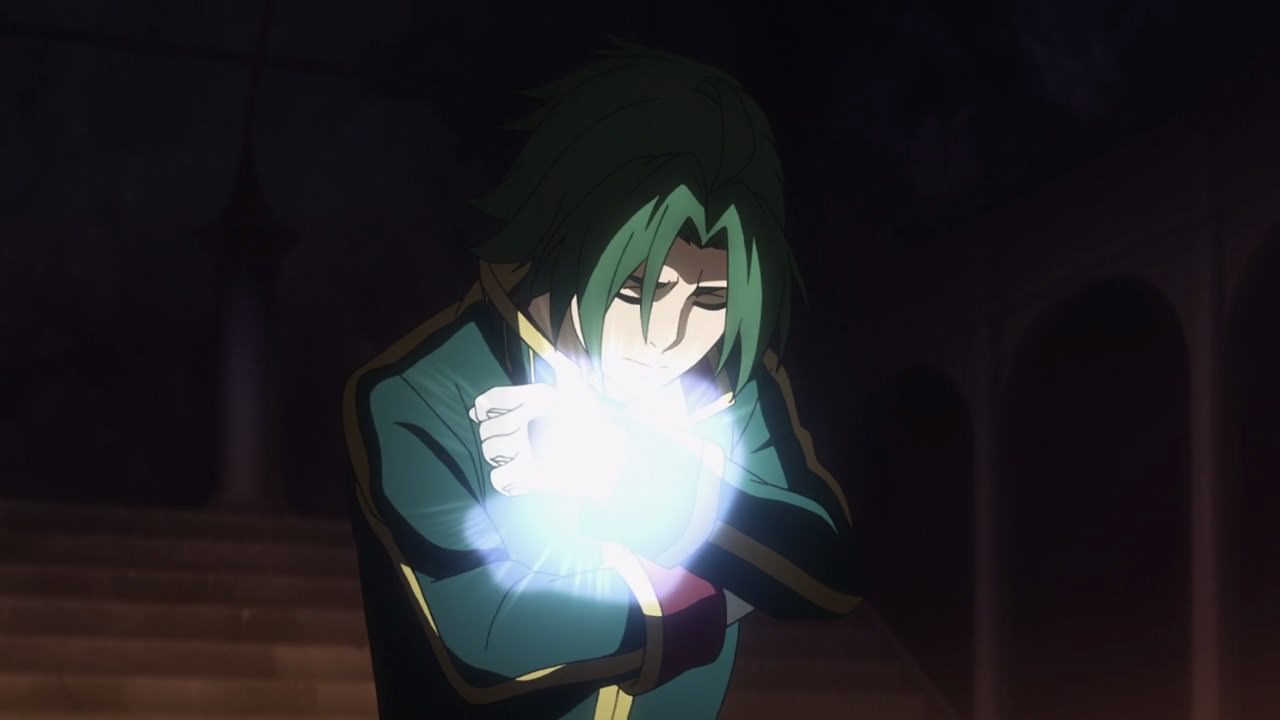 With that said, Theo Cornaro took custodianship of the Holy Grail as he’ll continue fighting for Priscilla’s sake. 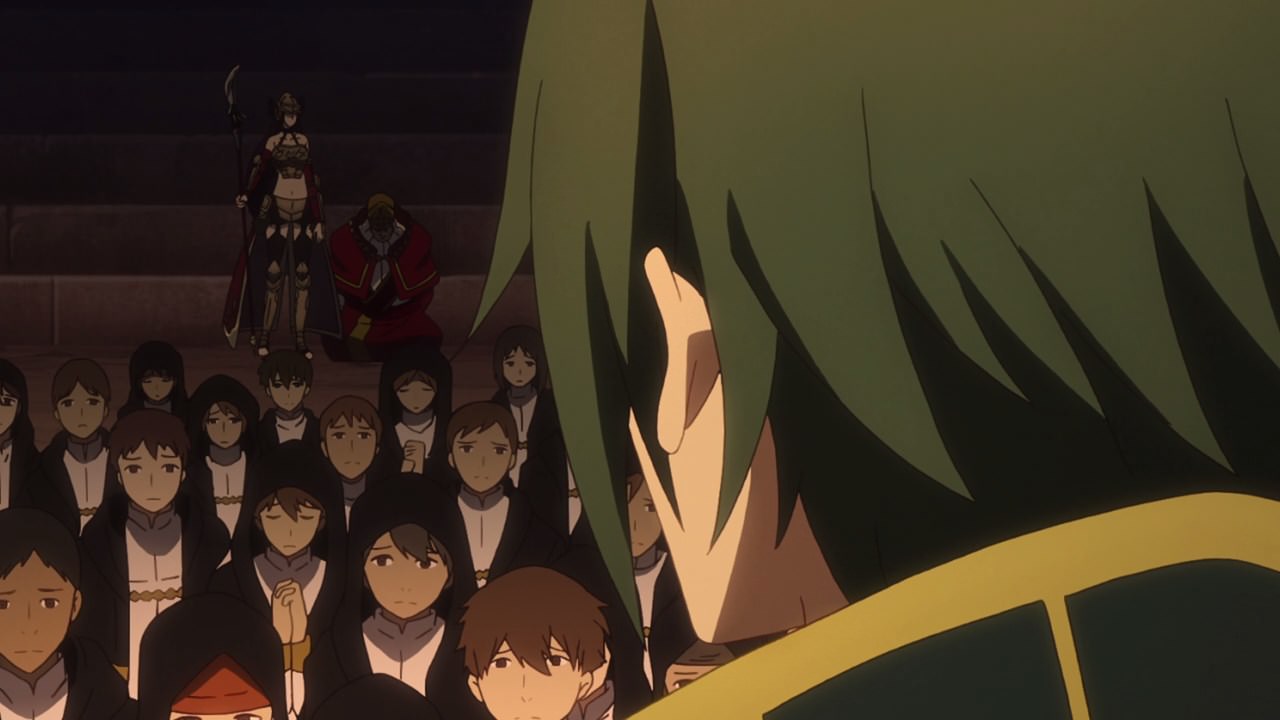 As for the Pope Leone, he’ll leave that to Siluca Meletes as Theo might kill the pope after murdering Priscilla.

I’m hoping that Theo Cornaro will be alright after seeing someone dear to him died. 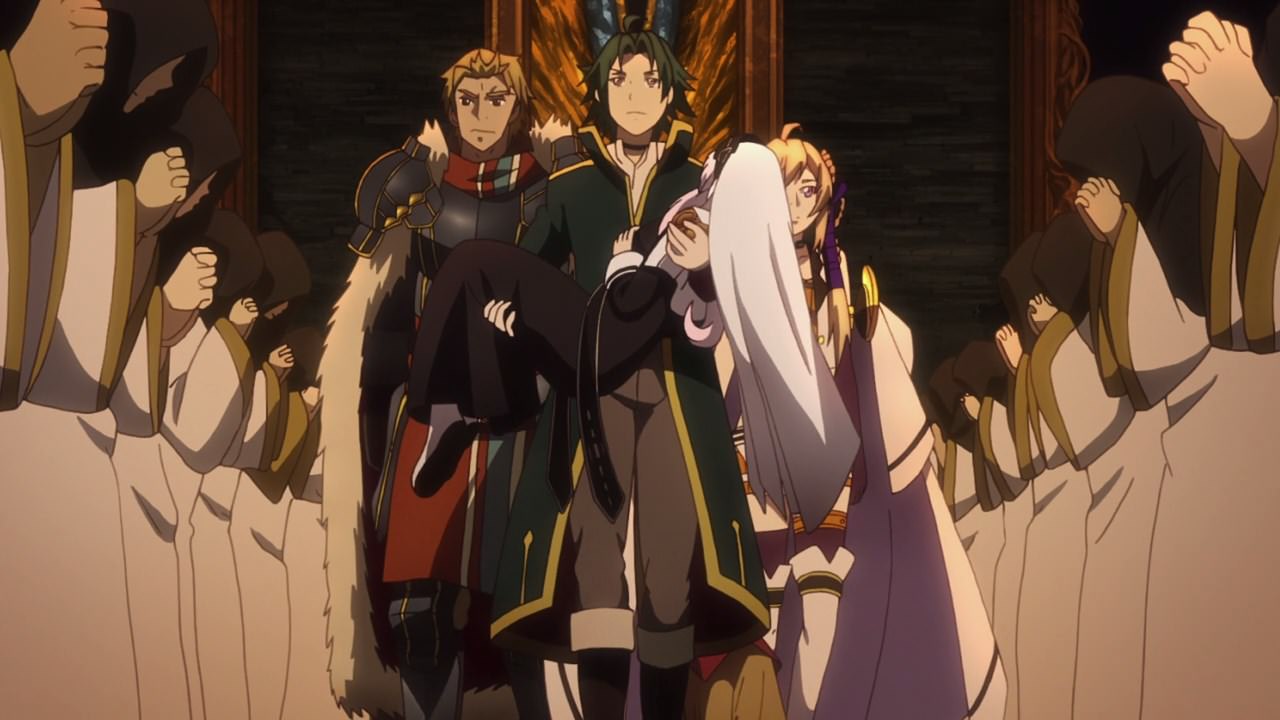 But anyways, the Imperial Army avoided a battle against the Order of the Crests as they become allies towards Theo Cornaro and his cause to unite the Atlatan continent and destroy the Chaos once and for all.

Now, the only thing left to do is to crush the Mage Academy and its secretive organization Pandora at Eramu. Oh, and punish Lord Dmitrie too! With that said, I’ll see you next time…