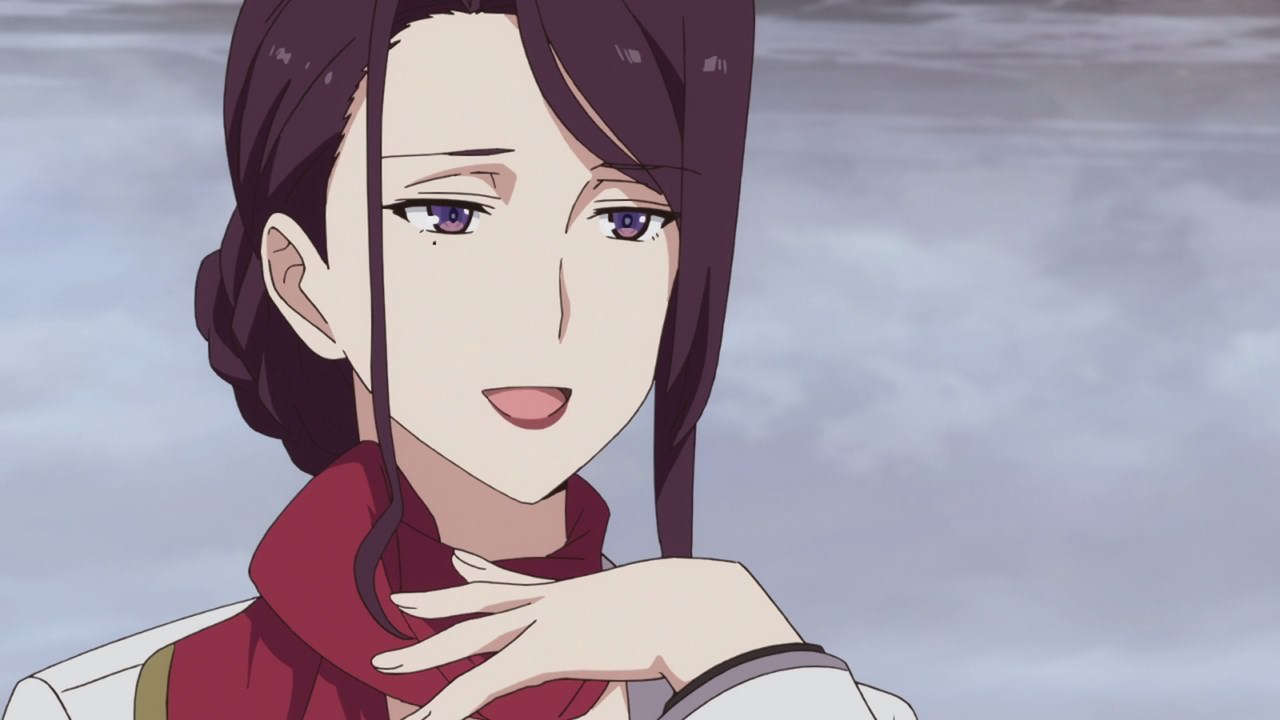 Let’s start this episode with Yukina Takatsu as she congratulates Princess Tagitsu for attaining her perfect form! 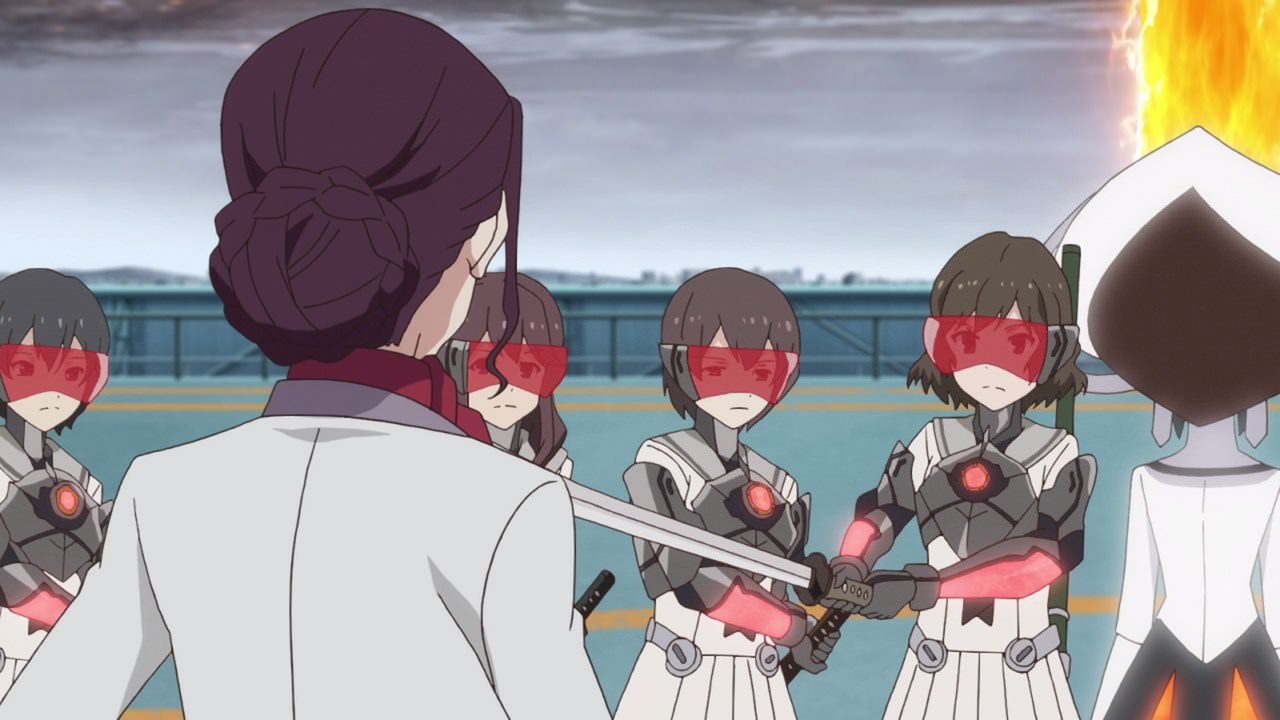 Sadly for Yukina-san, seems that the princess cast her away as Tagitsu doesn’t need Takatsu’s help anymore. Looks like Yukina Takatsu is treated as a pawn for Princess Tagitsu’s ambition of punishing humanity. 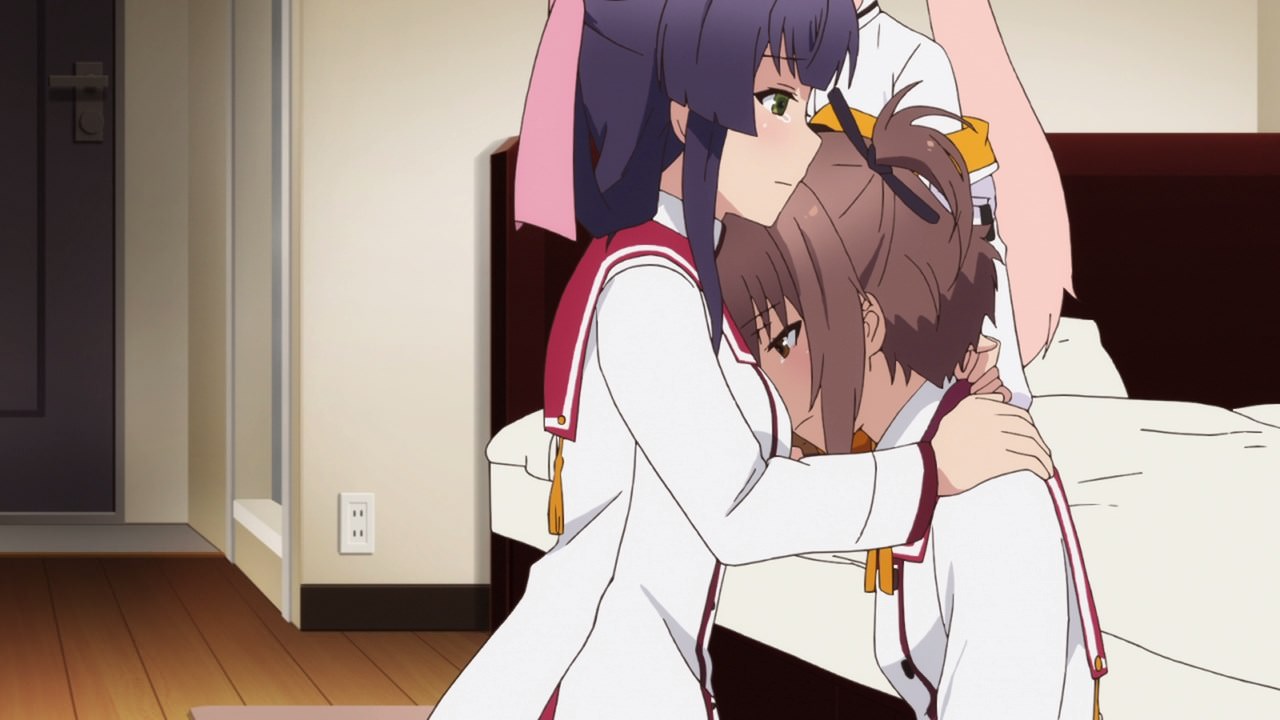 Meanwhile, Kanami Etou is still lamenting the loss of Hiyori Juujou after she was killed in the previous episode.

Of course, Mai Yanase and the rest are here to support her and they need to help Kanami a lot in the upcoming fight against Princess Tagitsu! 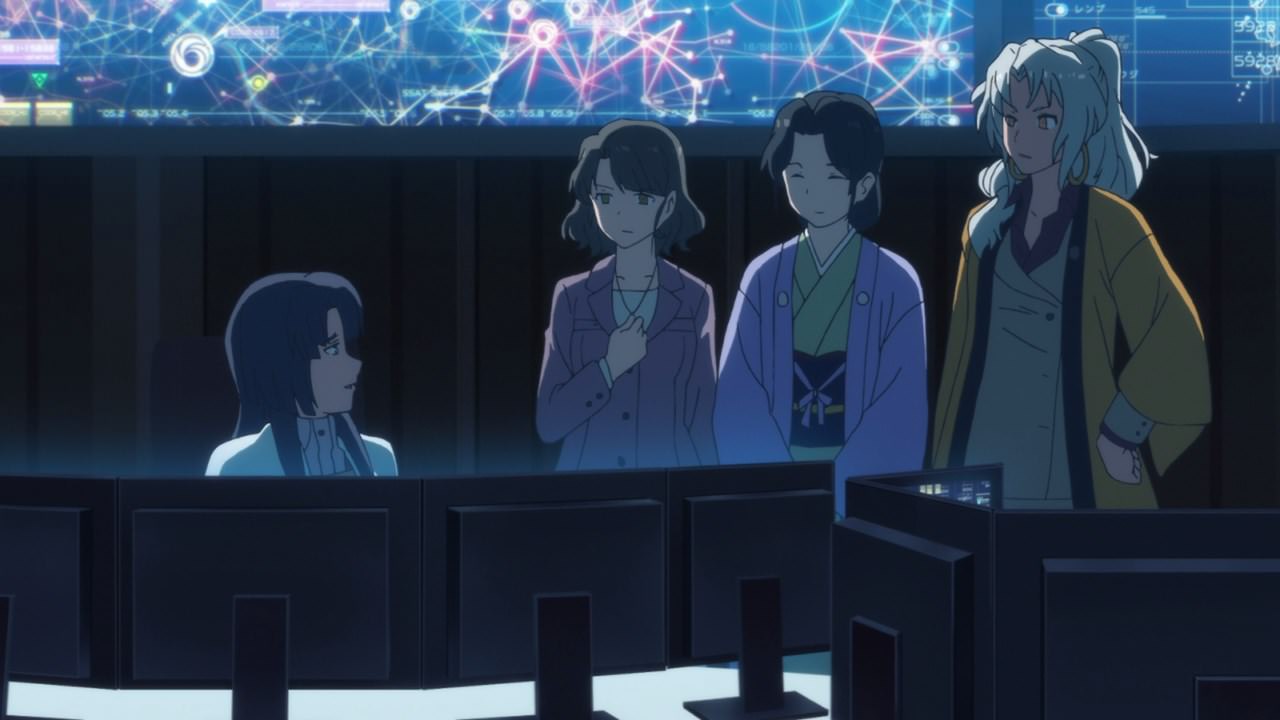 Now then, Akane Origami and the school presidents have gathered at the command center as Princess Tagitsu is speeding up the disaster.

This is very crucial as the likes of Sana Maniwa and Iroha Gojou need to think of a plan to stop the great aratama disaster from happening again. 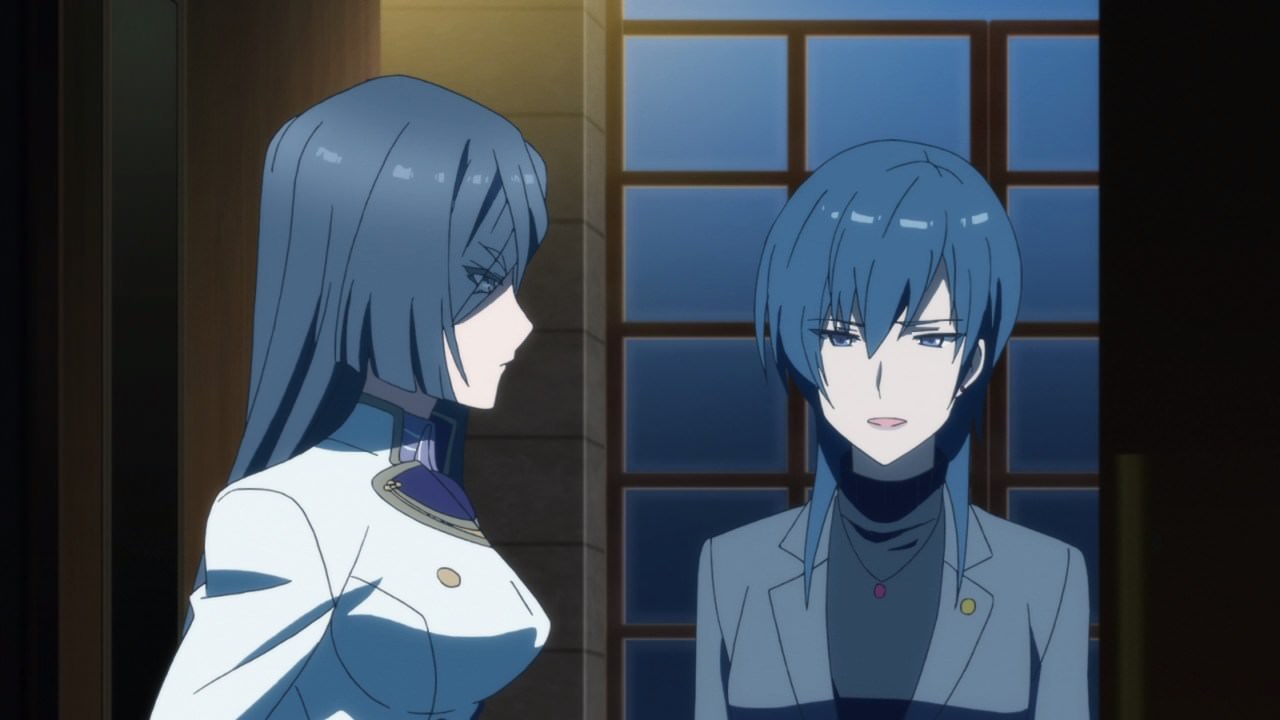 Luckily, there’s a solution as Yukari Origami brought the president of Ayanokouji Martial Arts School, Yuzuki Souraku, as she had enough of serving with Princess Tagitsu and decided to use her skills as a tactician to take command of the mission.

Glad that President Souraku decided to defect instead of sticking with both Princess Tagitsu and Yukina Takatsu. After all, she needs to redeem herself for her students. 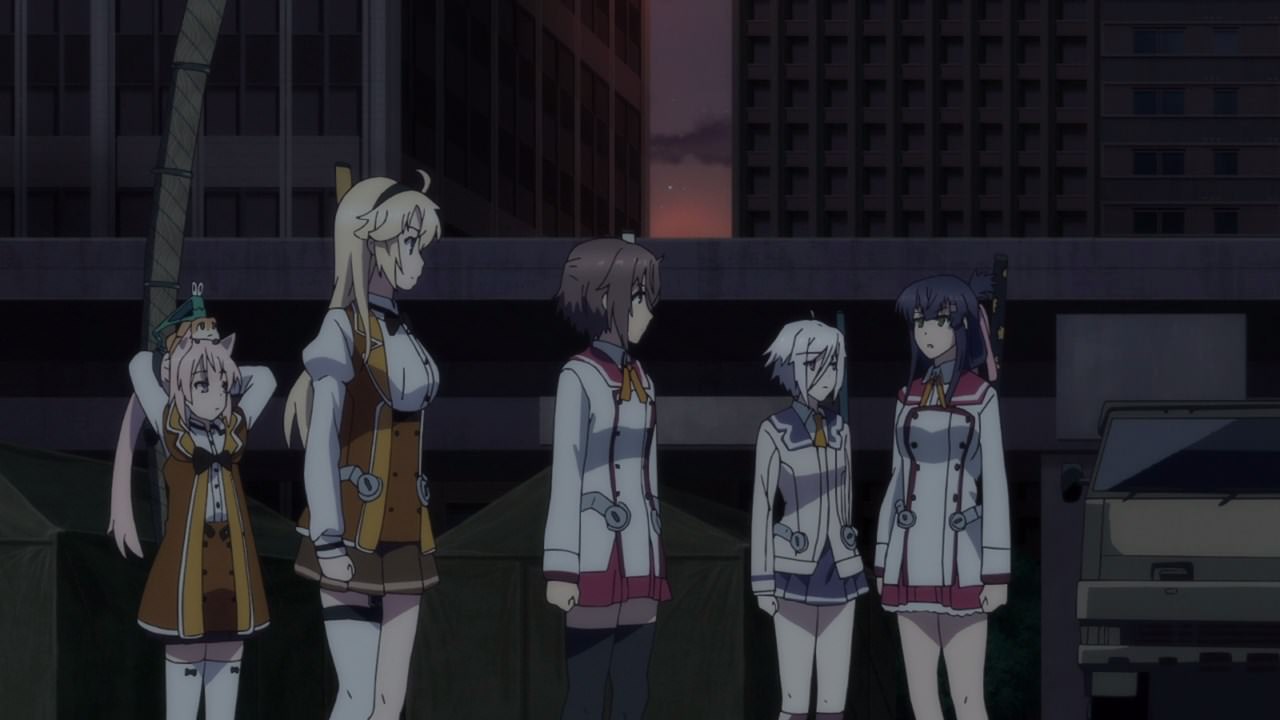 With that said, the mission will commence as Kanami Etou and her fellow toji are outside the Ministry of Defense building and make preparations to stop Princess Tagitsu.

Of course, they need more backup as having 5 toji is not enough! 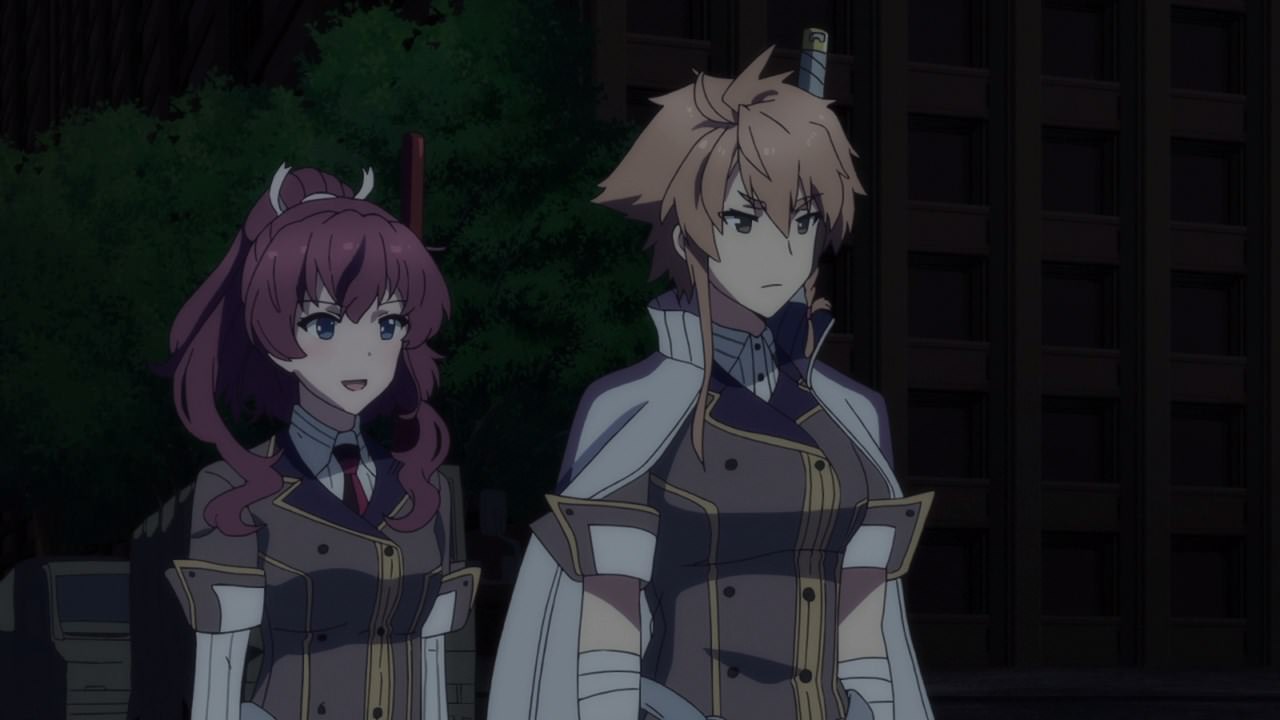 Therefore, both Suzuka Konohana and Maki Shidou are here to assist Kanami and her friends on stopping Princess Tagitsu! But still, it’s not enough… 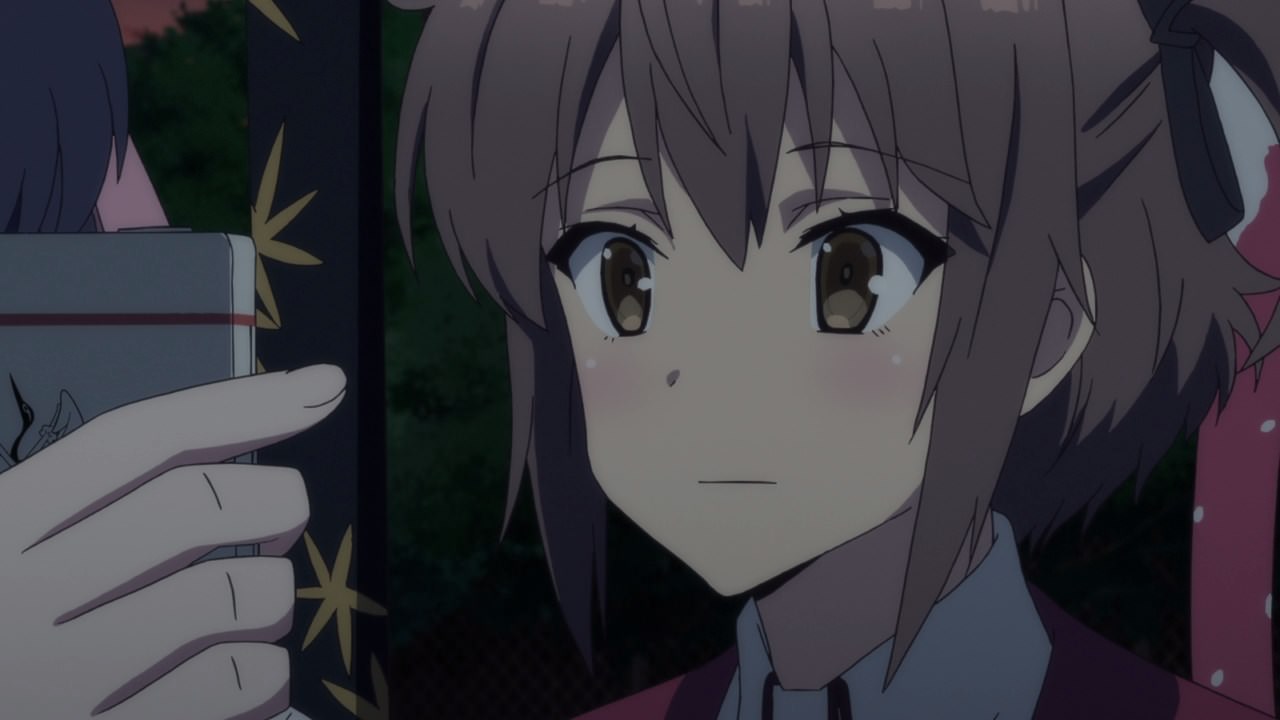 So, Kanami received a call from both Richard Friedman and Rui Onda as they’ll send the S-Equipment to them. 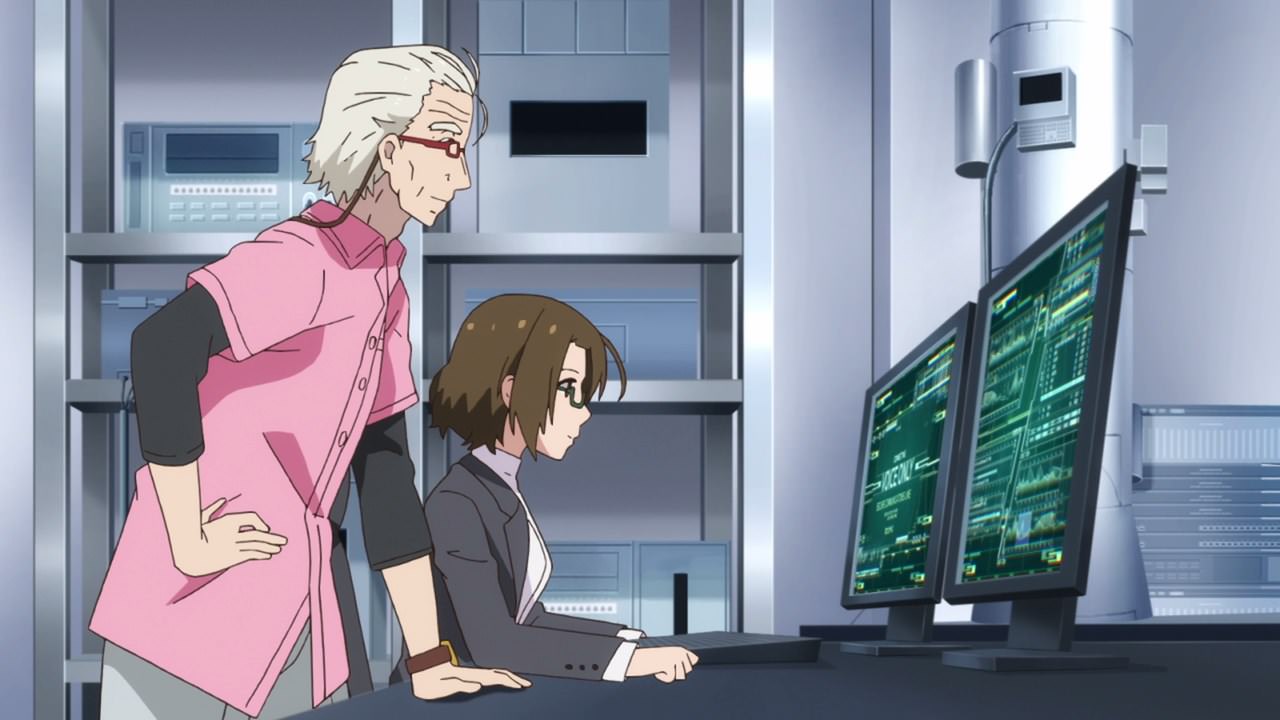 Oh yes, and Richard told the girls that the S-Equipment or Storm Armor are improved with longer operating times than the previous model.

Anyways, looks like the toji are ready to stop the great aratama disaster! 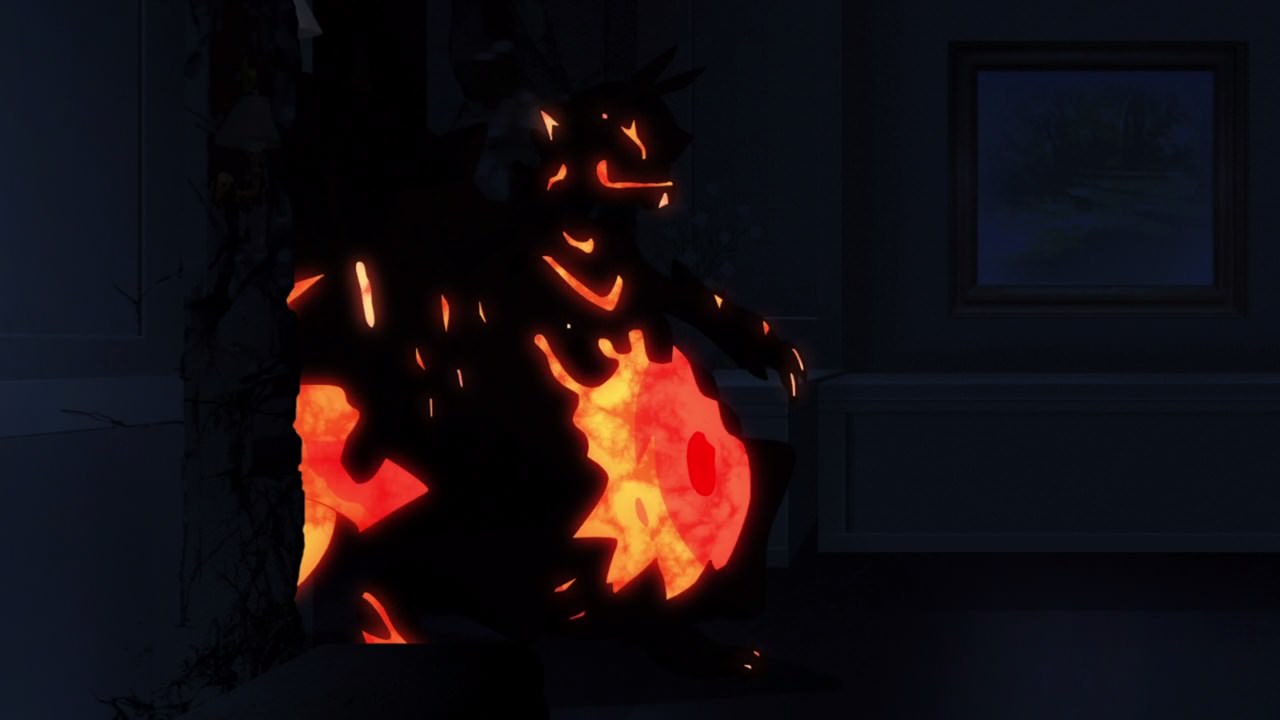 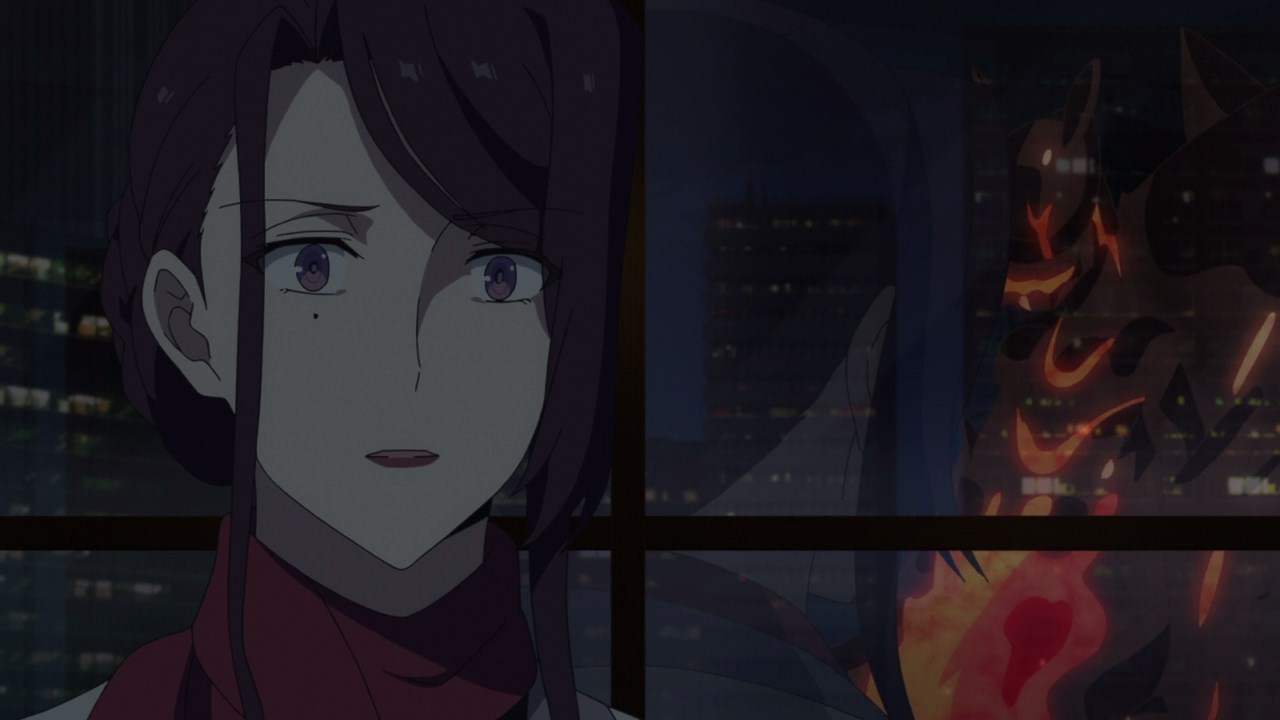 Meanwhile, seems that Yukina Takatsu is now being attacked by the aratama. Well, looks like Yukina-san will be killed and I don’t feel sorry about her. 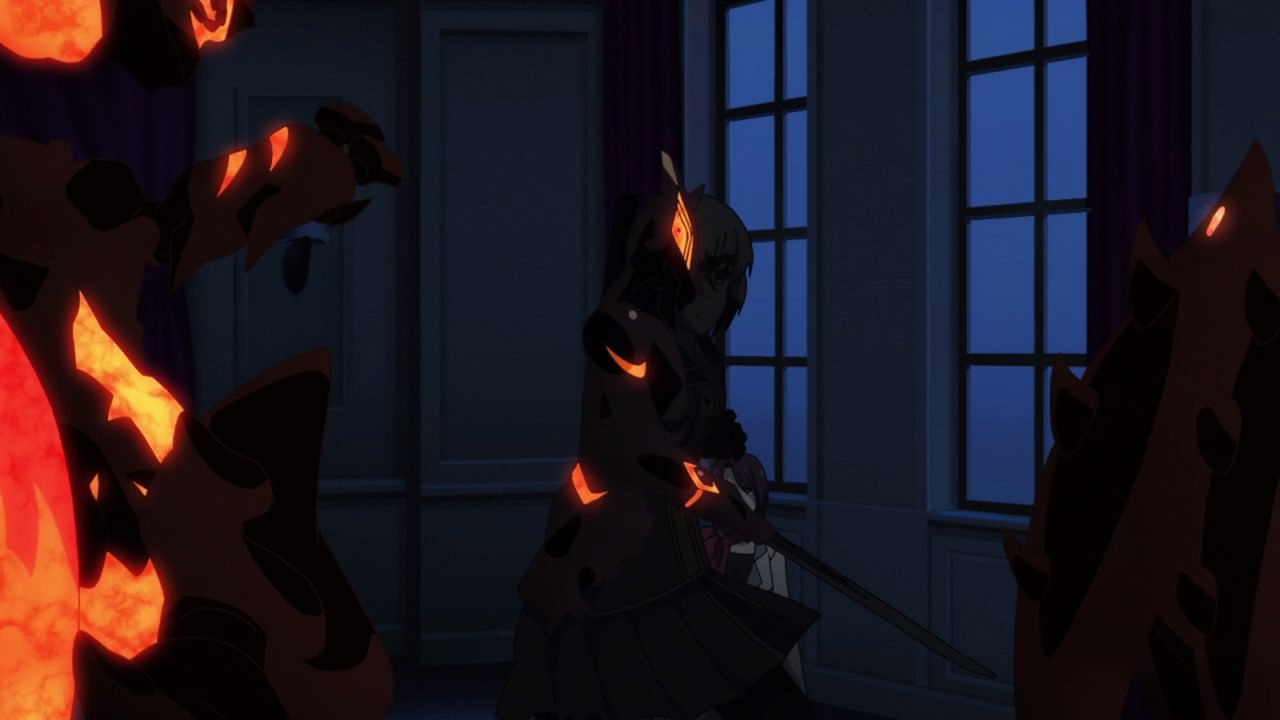 But then, Yomi Satsuki appeared as she was supposed to be dead back in Episode 20, but now she’s here to rescue Takatsu. Damn, Yomi is one tough toji!

Sadly, Yomi Satsuki collapsed and I have a feeling that she’ll die for reals this time. By the way, turns out that Yomi Satsuki came from Renpu Girls’ School and she owed a lot from President Yukina Takatsu, as she’s one of the first test subjects for getting the noro treatment.

Yeah, I have to say that I feel sorry towards Yukina Takatsu. Even though she abused Yomi Satsuki for being useless, Yomi still continues to serve Yukina-san until her apparent death. Then again, I still hold a grudge against Takatsu for doing heinous experiments, especially the students from Ayanokouji Martial Arts School. 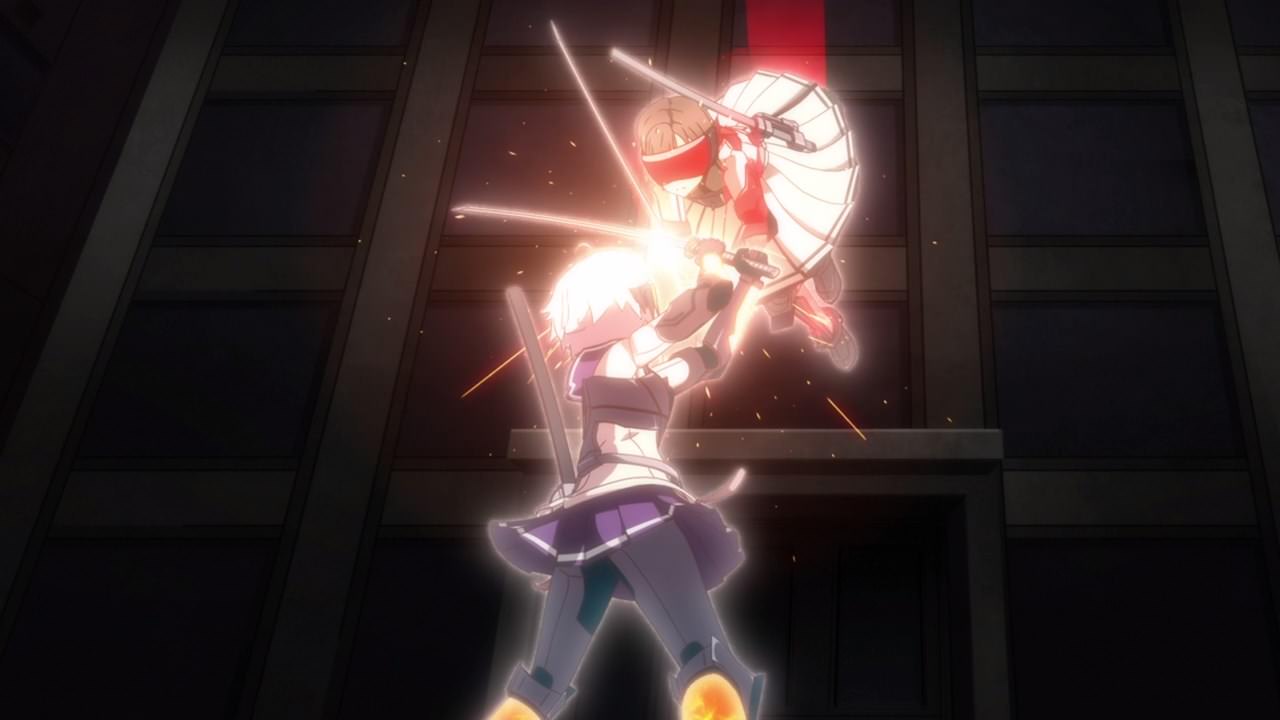 Speaking of one of the students from Ayanokouji, Ayumu Uchizato has arrived to have another round against Kanami Etou, but Sayaka Itomi decided to challenge Ayumu instead. 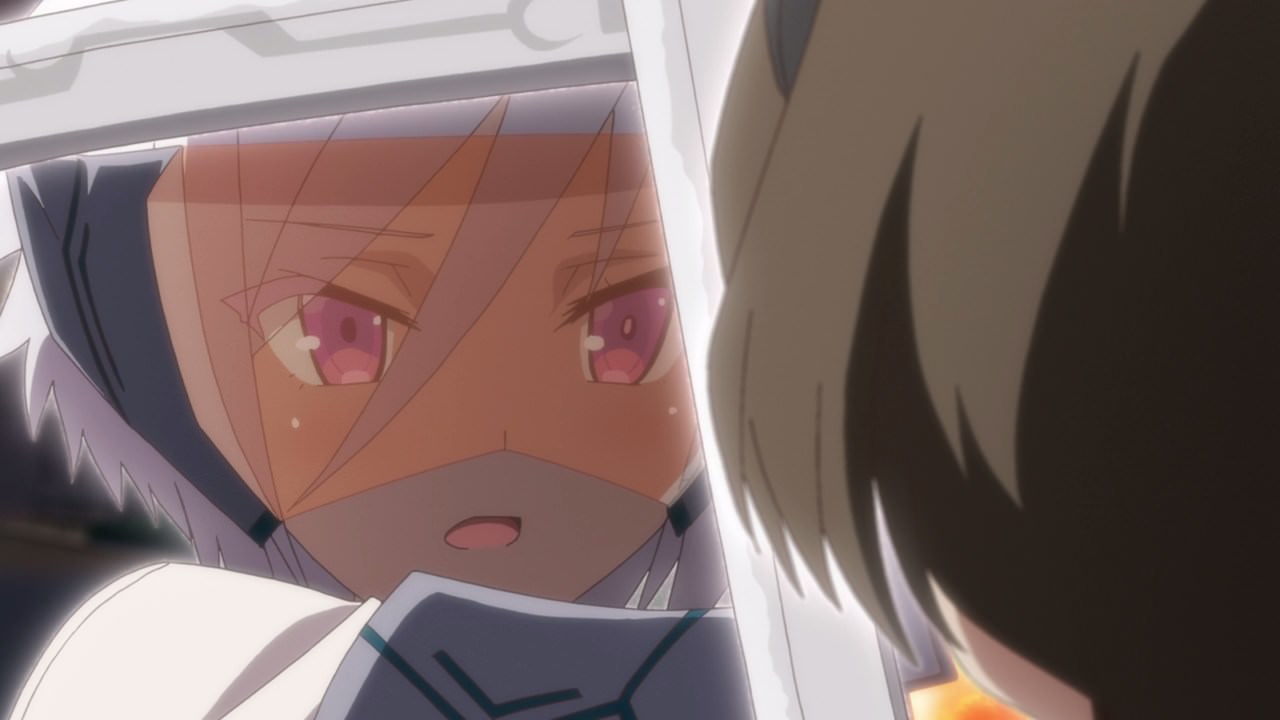 With that said, Sayaka told Ayumu that she didn’t put her heart onto those strikes, something that Itomi learned from Etou back in Episode 3.

Now, she’s gonna use those lessons that Sayaka learned towards Ayumu Uchizato… 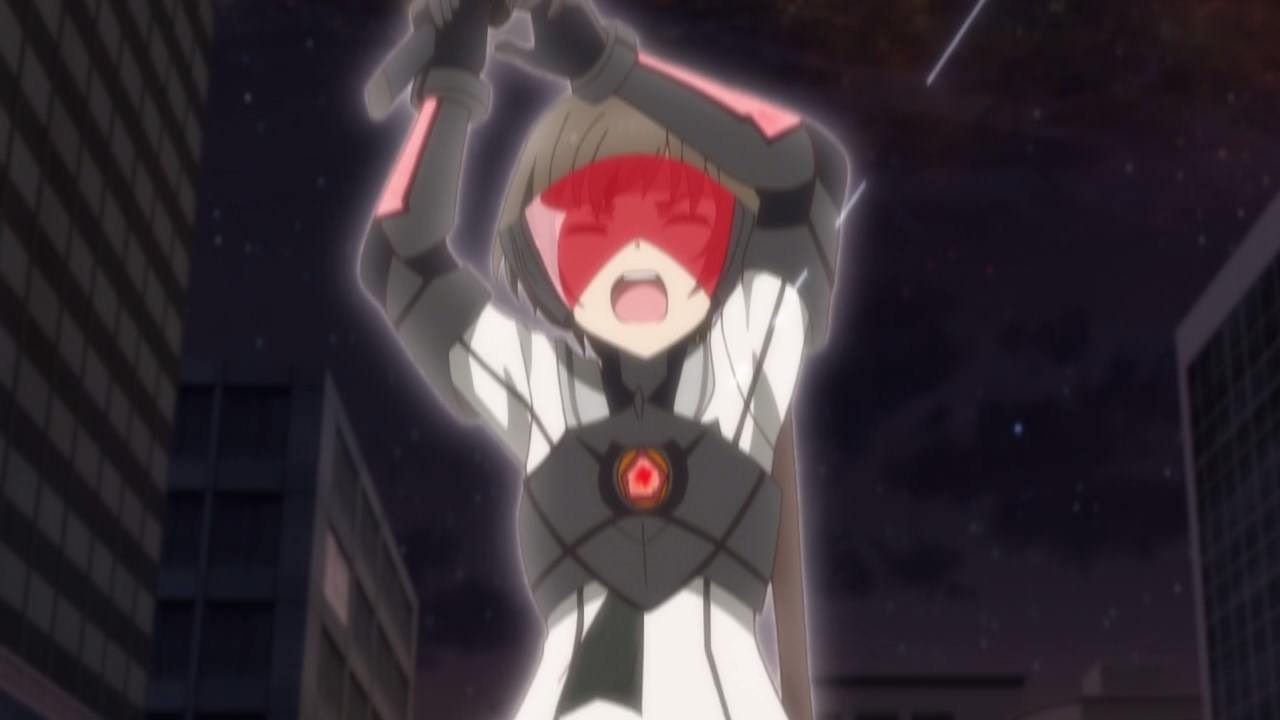 …as she swiftly defeats this toji from Ayanokouji Martial Arts School. Well, I hope it serves as a lesson that she doesn’t need enhancements in order to become stronger. 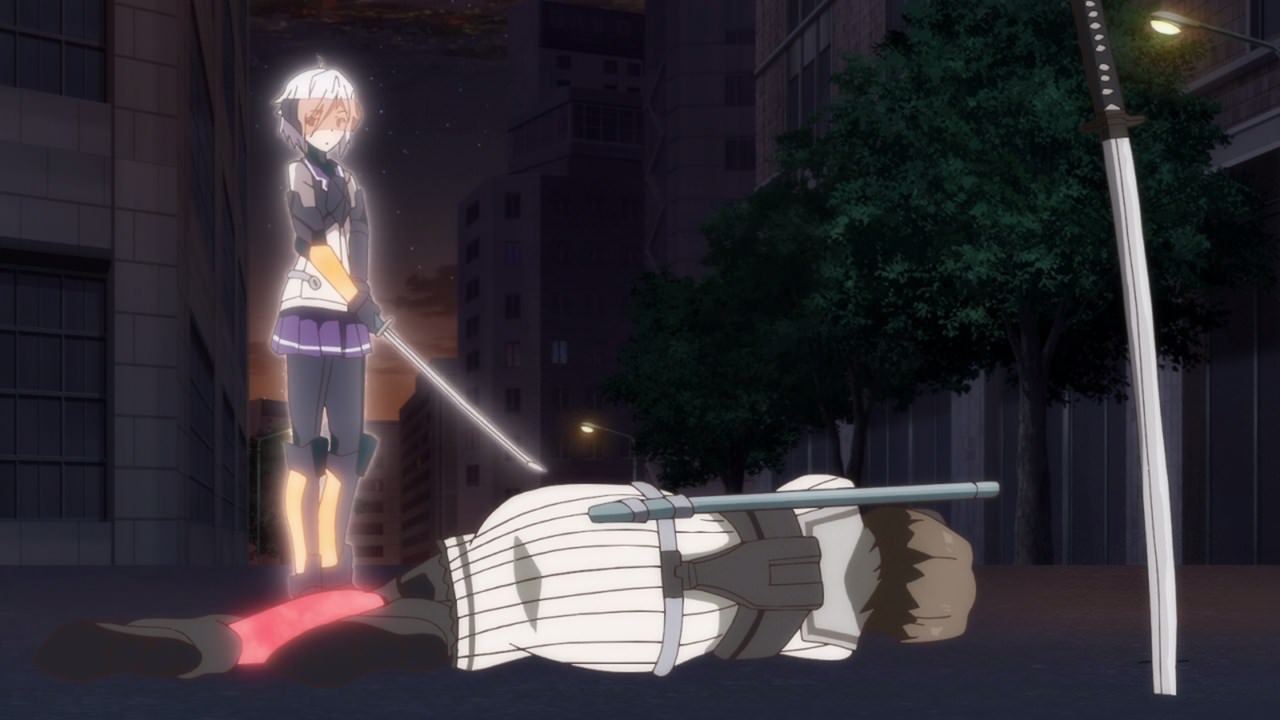 Anyways, looks like Ayumu Uchizato is defeated yet again, this time by Sayaka Itomi instead of Kanami Etou. By the way, where’s Kanami? 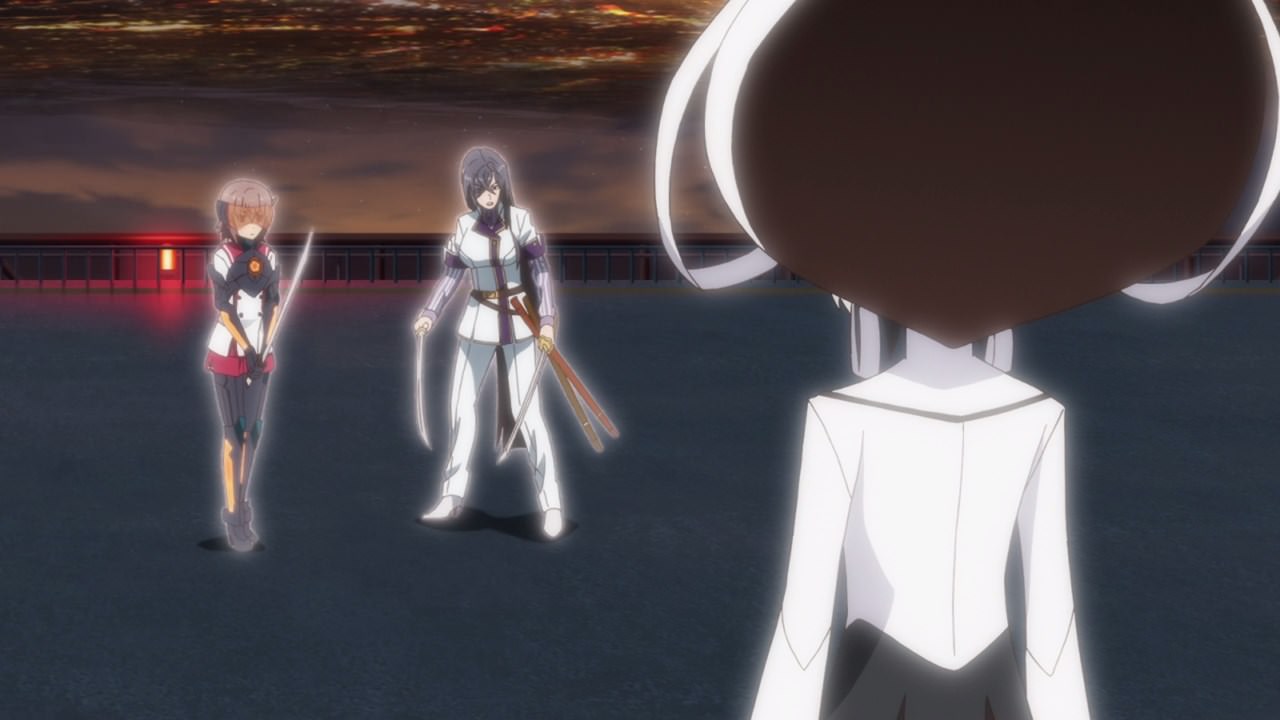 Oh, looks like she’s joined by Yukari Origami as they try to defeat Princess Tagitsu before the great aratama disaster happened.

On the other hand, Yukari-sama informed Kanami that Hiyori Juujou is still alive inside Tagitsu’s body, which means that there’s still hope to rescue her! 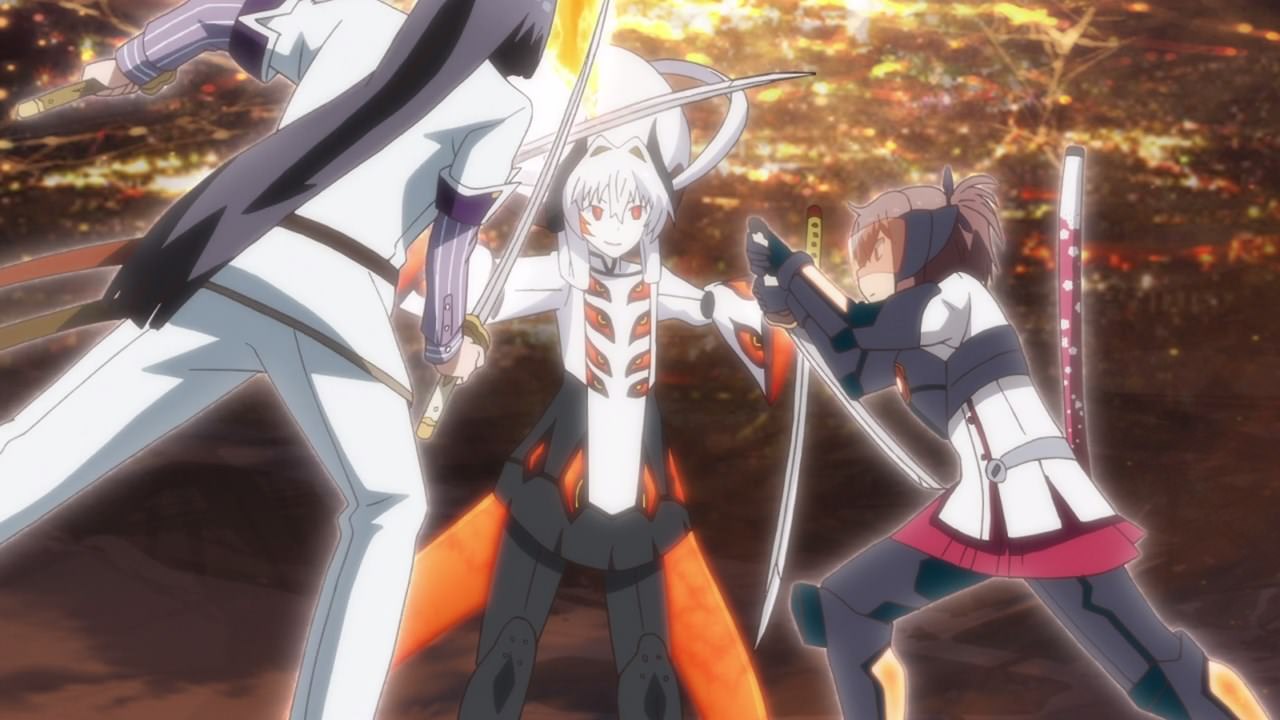 Sadly, both Yukari Origami and Kanami Etou couldn’t beat Princess Tagitsu as she’s still stronger than them. C’mon, Tagitsu has achieved perfection at this point! 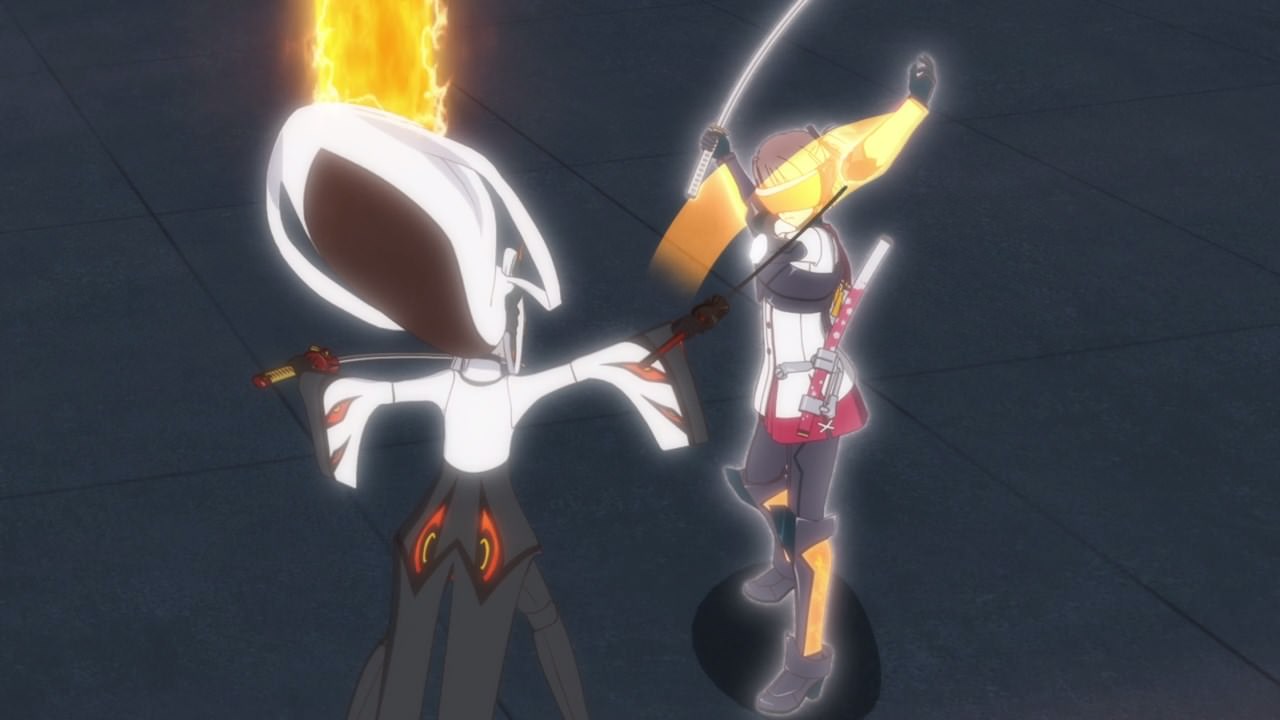 With that said, seems that Kanami will have a hard time beating Princess Tagitsu as she lost her arm. 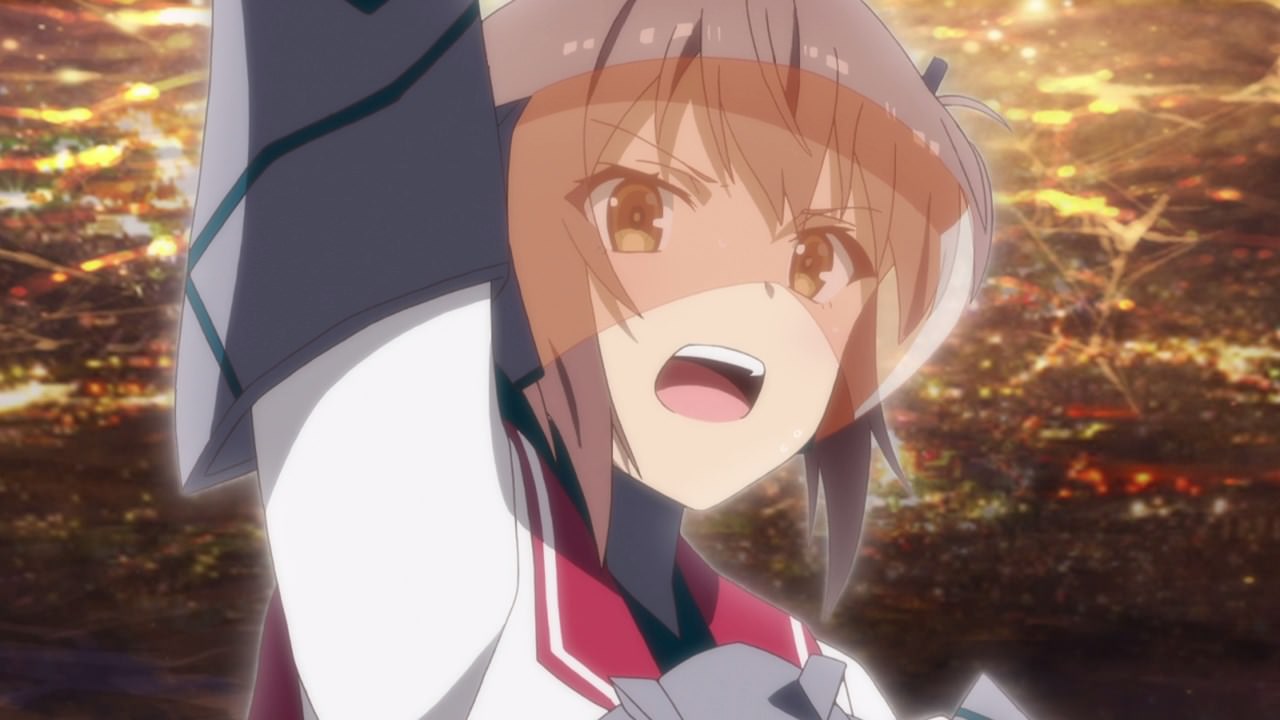 However, she’s not a quitter as Kanami Etou is fueled by strong emotions to keep it going until she rescued Hiyori Juujou! 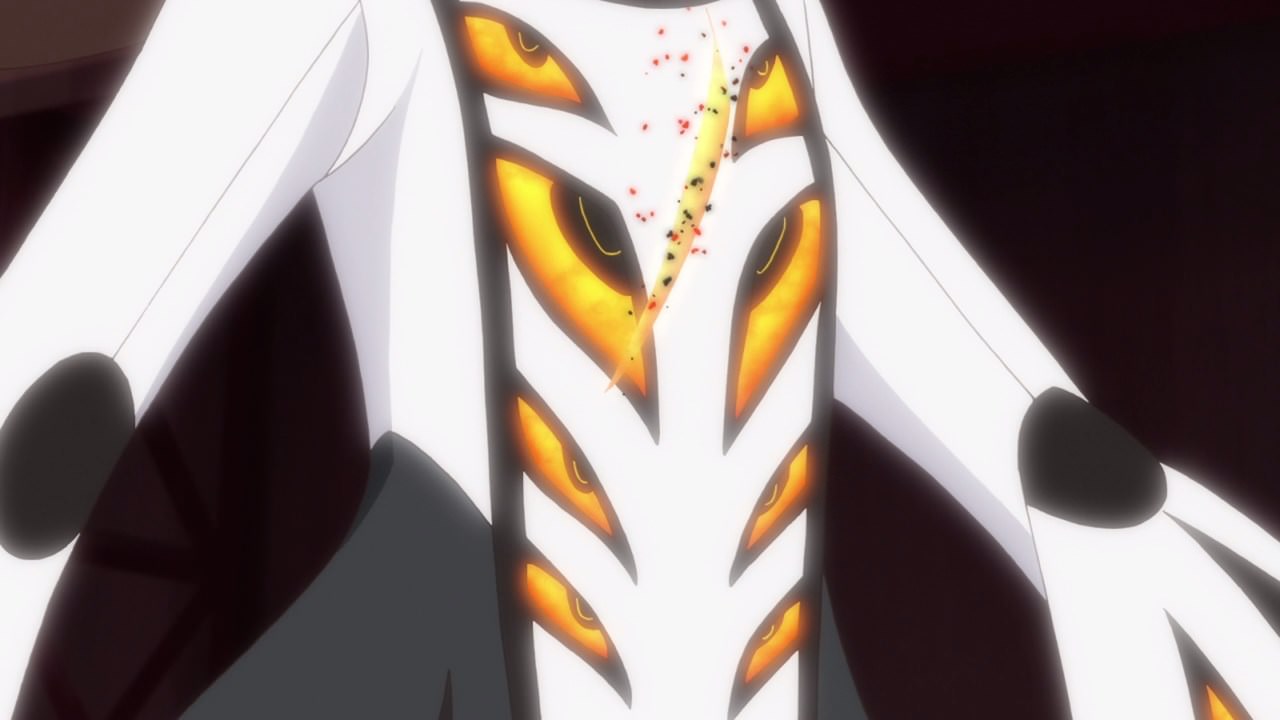 In fact, she landed a clean cut towards Princess Tagitsu’s chest, which Kanami believed that Hiyori is inside of it. 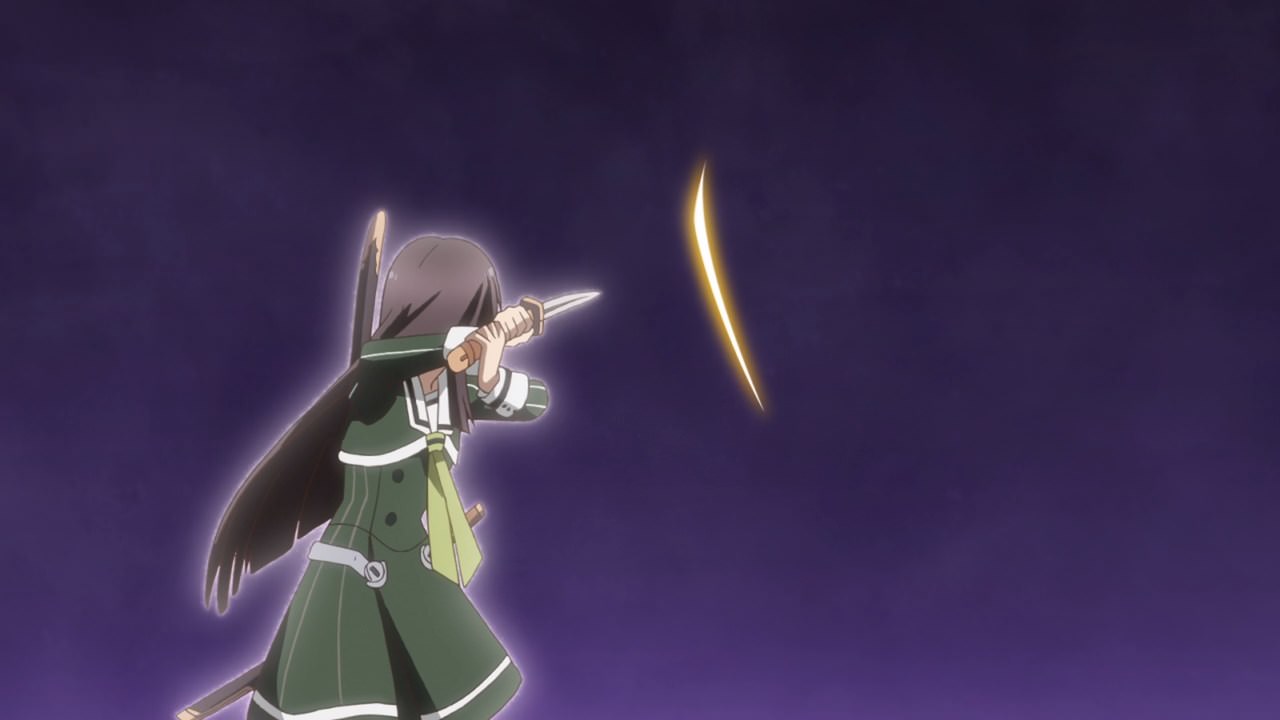 And when Hiyori Juujou heard Kanami’s voice, she wasted no time on getting out of Princess Tagitsu’s body… 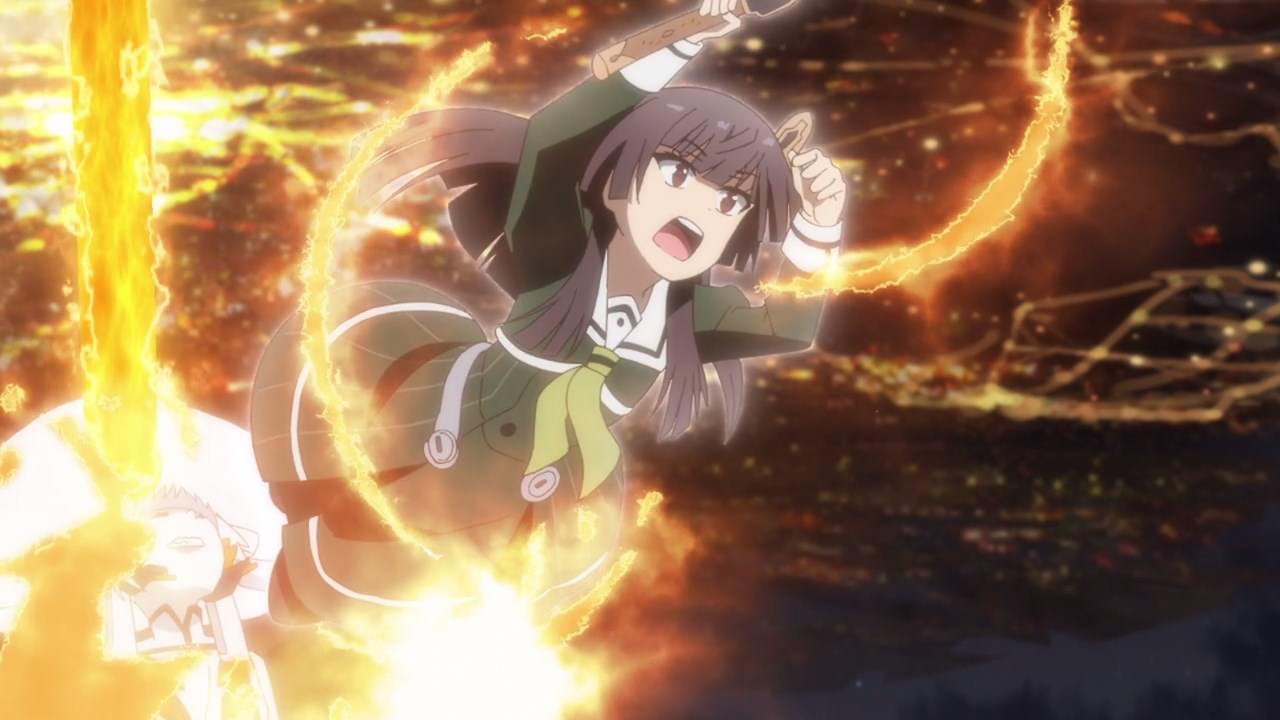 …emerging from Tagitsu’s chest that has a deep cut on it. Well, glad that Kanami has managed to save Hiyori from being killed forever. 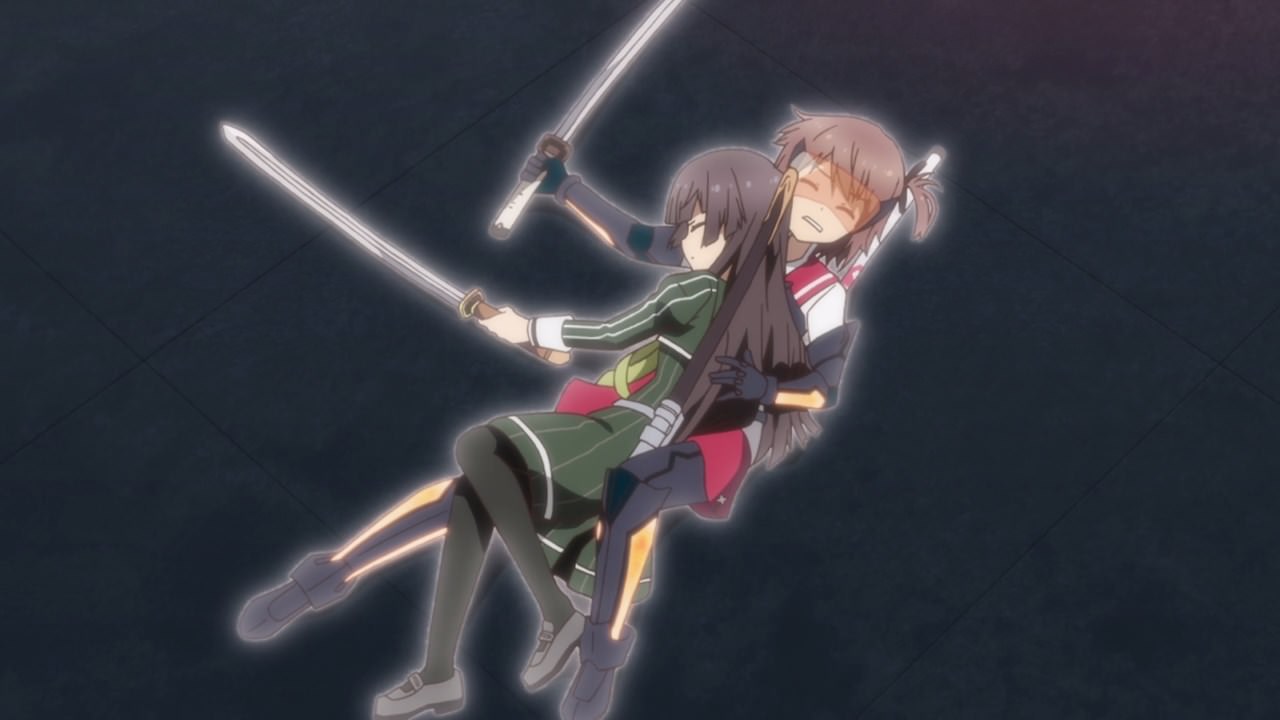 Now that Hiyori Juujou has been rescued, looks like they need to join with the other toji and prepare for the biggest counter-attack against Princess Tagitsu. After all, the world depends on Kanami Etou and her friends!

Anyways, I’ll see you next time for the penultimate episode. Will the toji stop another disaster or die trying?