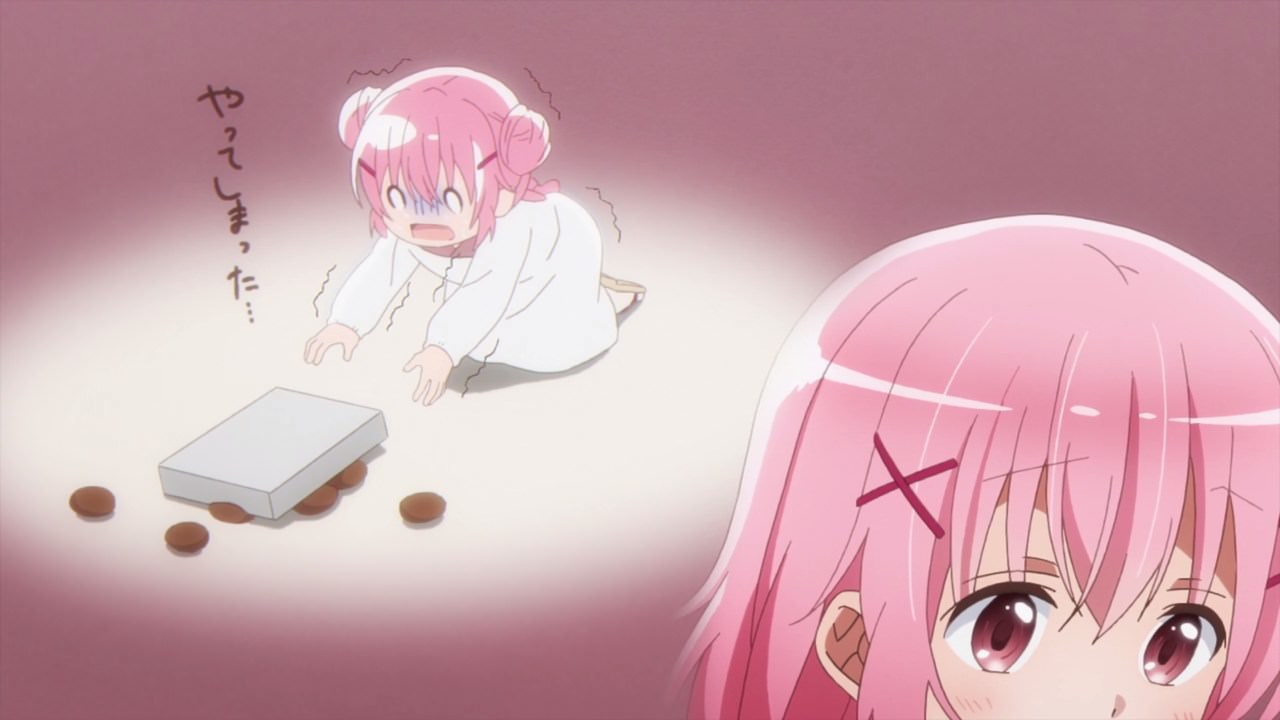 This is how Kaoruko Moeta would look like if she didn’t become a successful mangaka, instead becoming a helper of her family-run Japanese confectionery story in Fukushima.

Then again, Kaos-chan is so clumsy that the wagashi store might go under. 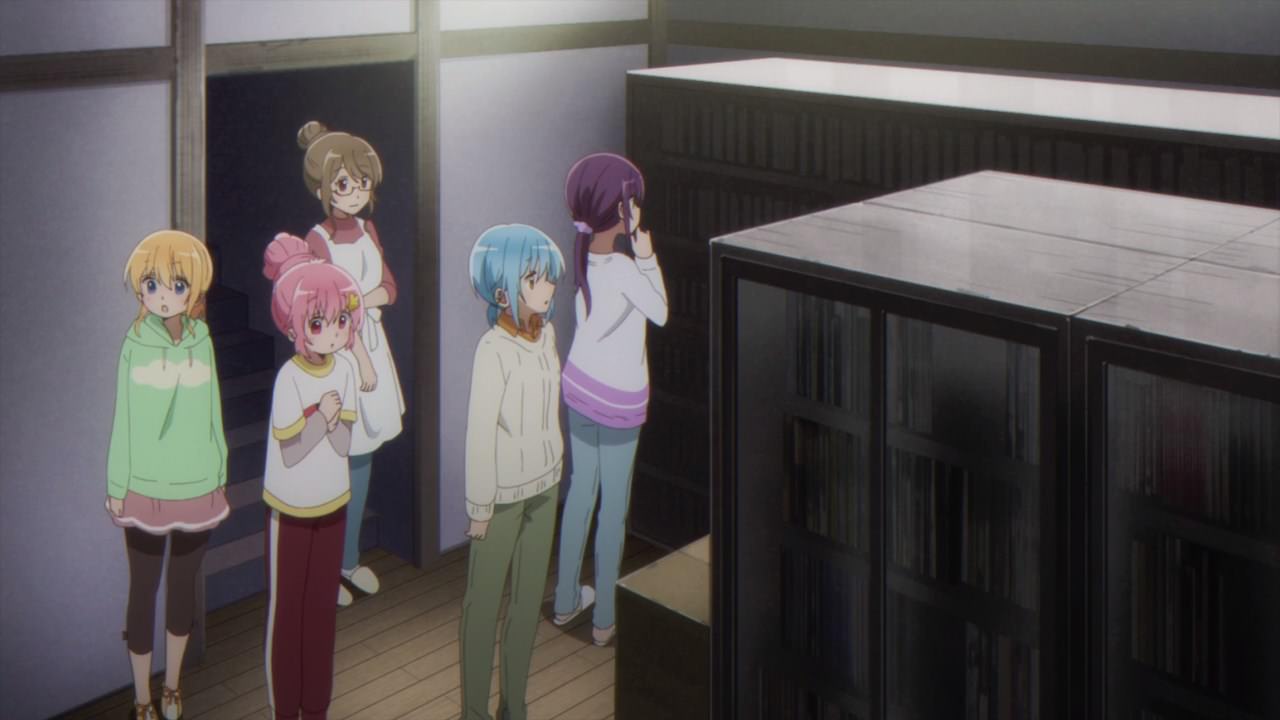 Anyways, it’s time for the penultimate episode as the girls are doing some clean-up at the storage room. That’s because they’re told that they must leave the dormitory before the end of February as that place will be demolished soon.

Yeah, it’s sucks that their dormitory will be closed for good, but the likes of Tsubasa Katsuki and Ruki Irokawa will have a problem as they don’t want their family know that they’re successful manga artist. 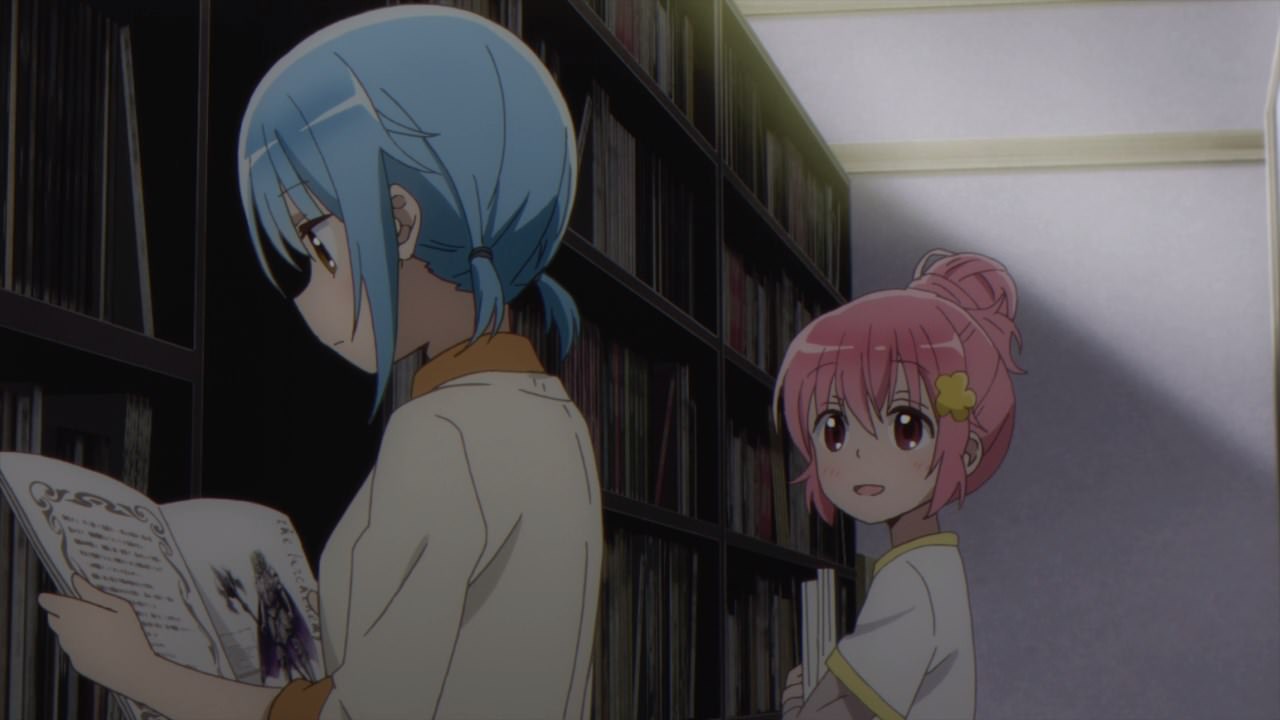 Still, this storage room has a treasure-load of concept arts from previous tenants and reference books that Tsu-chan can use. And sadly, it’s not gonna last long as most of them will be thrown away anyway. 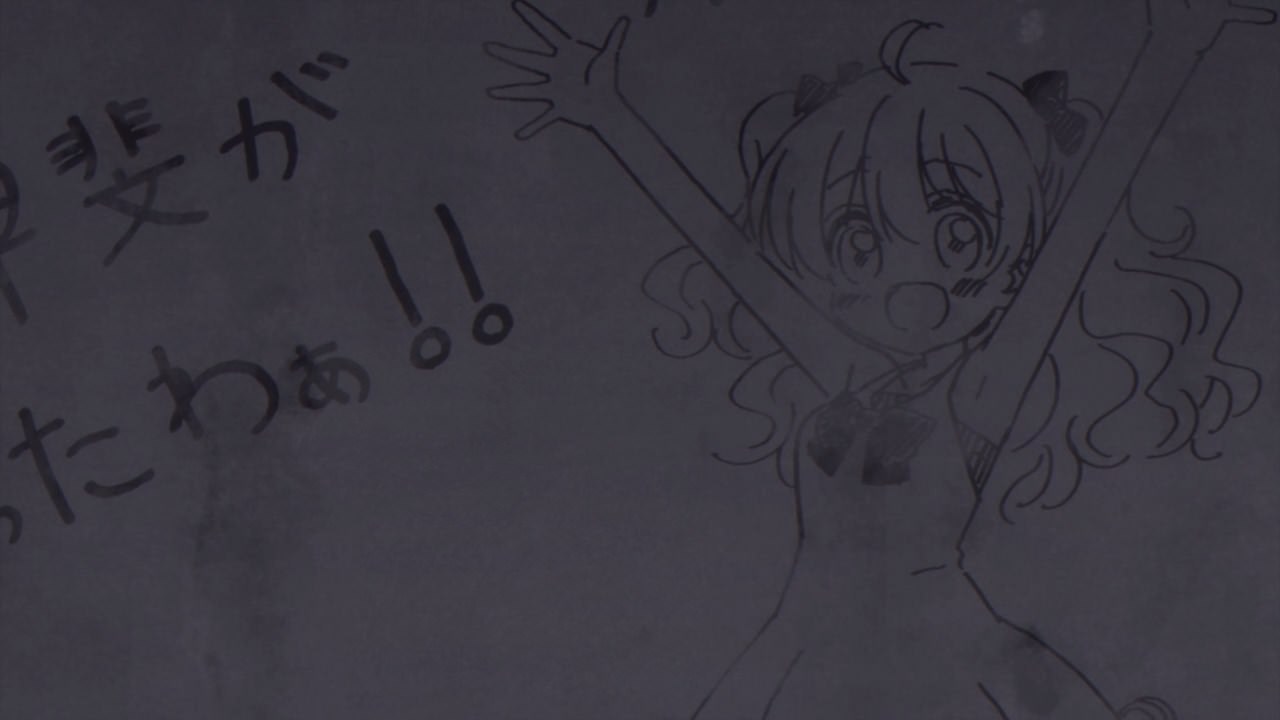 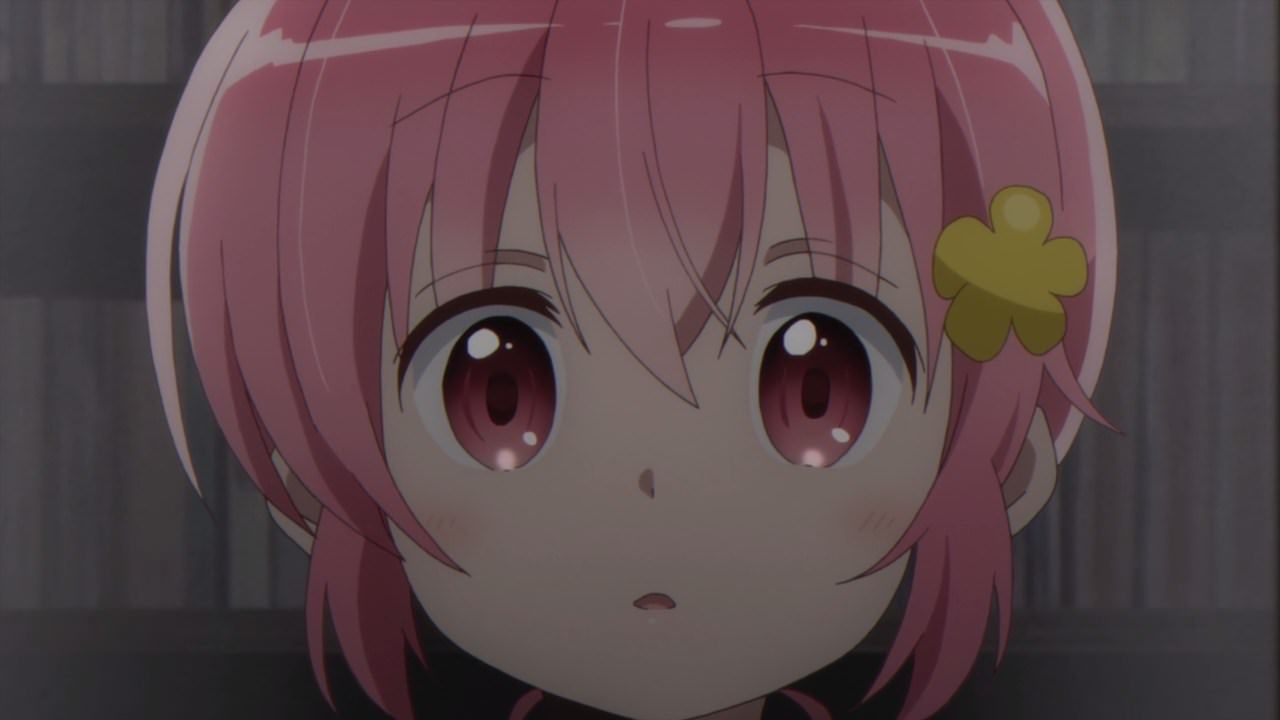 On the other hand, looks like Kaos-sensei found some drawings on the wall which it might spark some inspiration.

Sure that they’re just drawings that might be lost forever, but Kaos-chan looking at it has motivated her to continue her dreams as a mangaka! 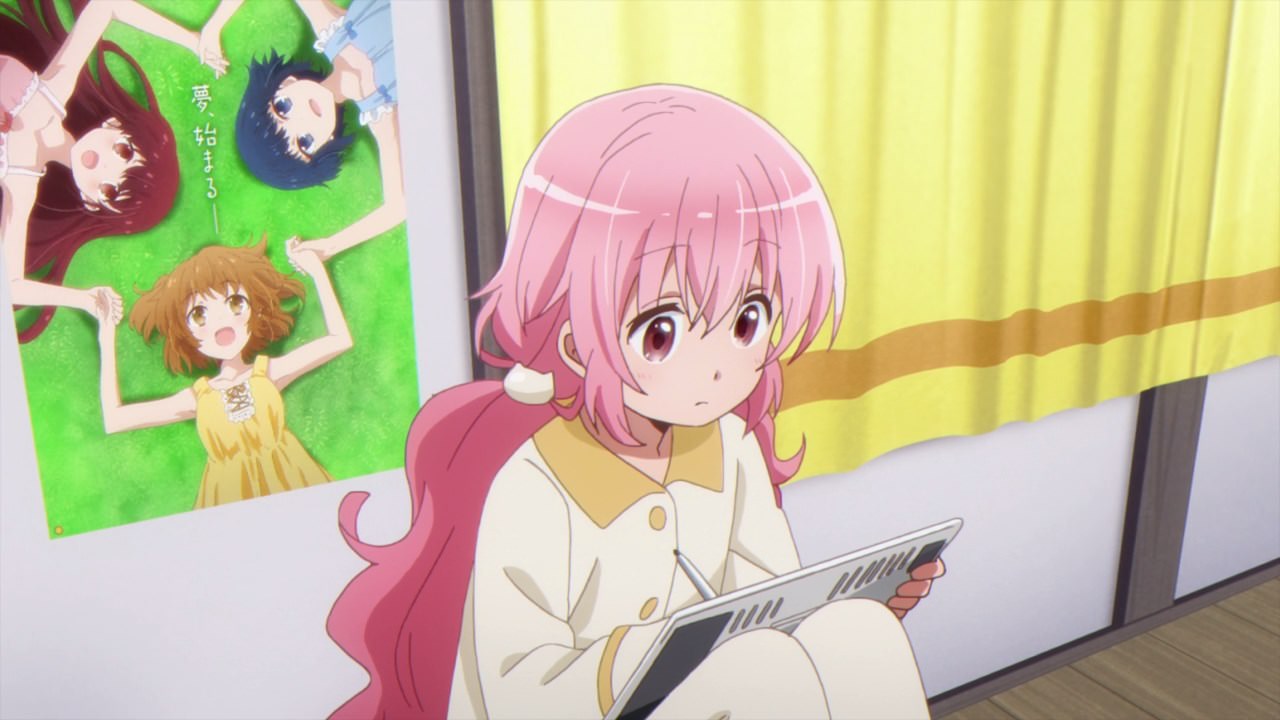 And so, she took her Rintiq Tablet and started drawing until Kaoruko Moeta finished 4 manuscripts until morning. Well, that’s some dedication there! 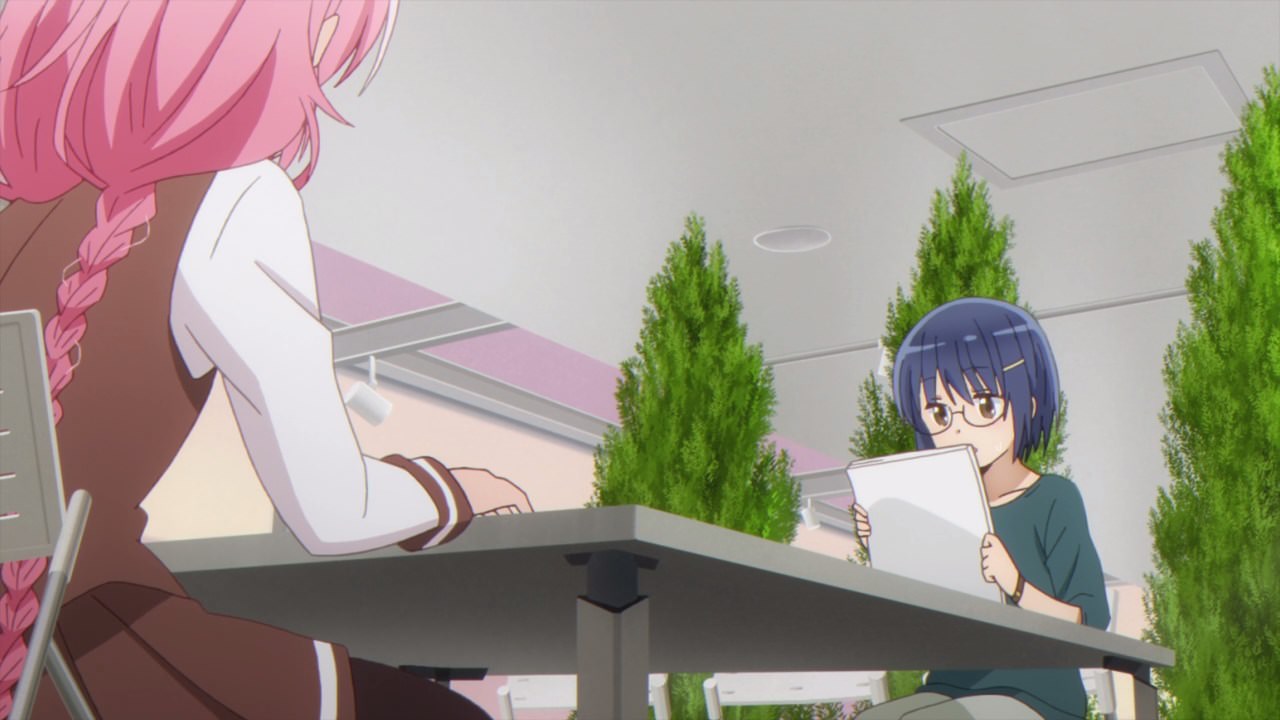 Of course, those 4 manuscripts will be scrutinized by her editor Mayu Amisawa. Sure that Kaos-sensei made more manuscripts than one, but I think that it’ll be rejected again! 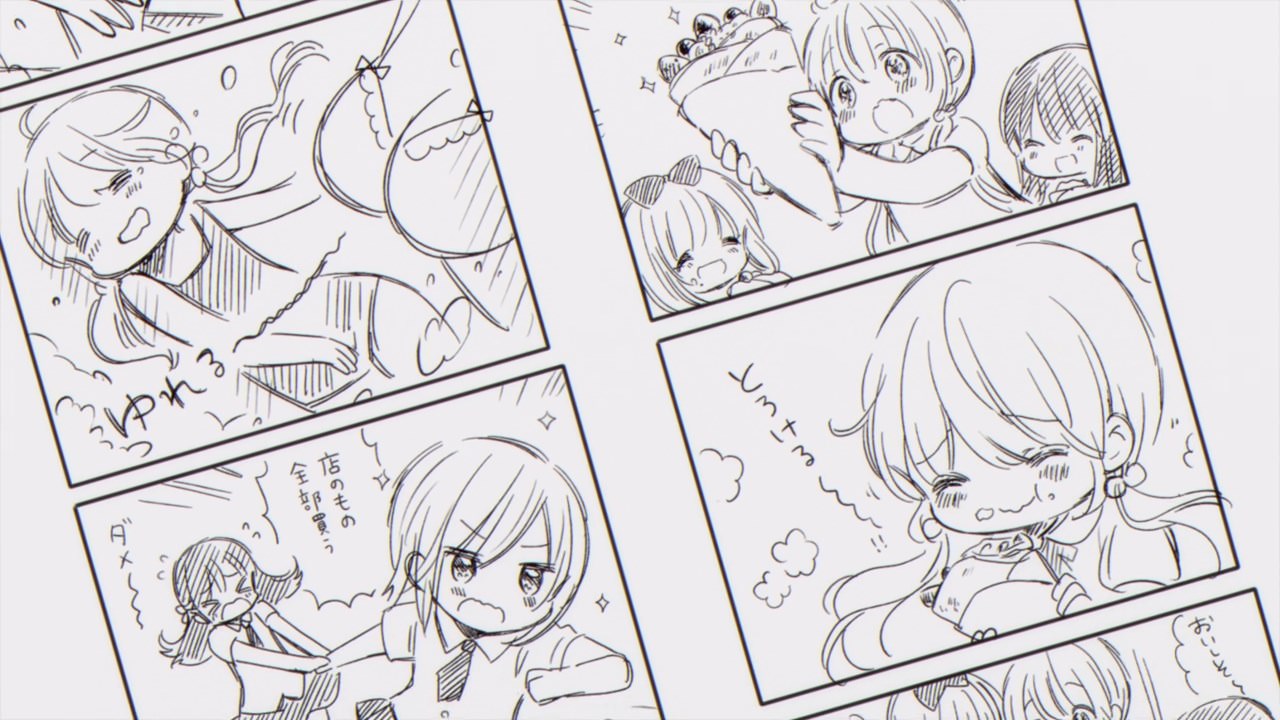 But then, Kaos-sensei’s last manuscript has got Amisawa interested. Sure that it has her typical art-style, but Kaoruko Moeta’s last work, named “Comic Girls”, is so damn cute that the editor couldn’t pass this one out… I hope! 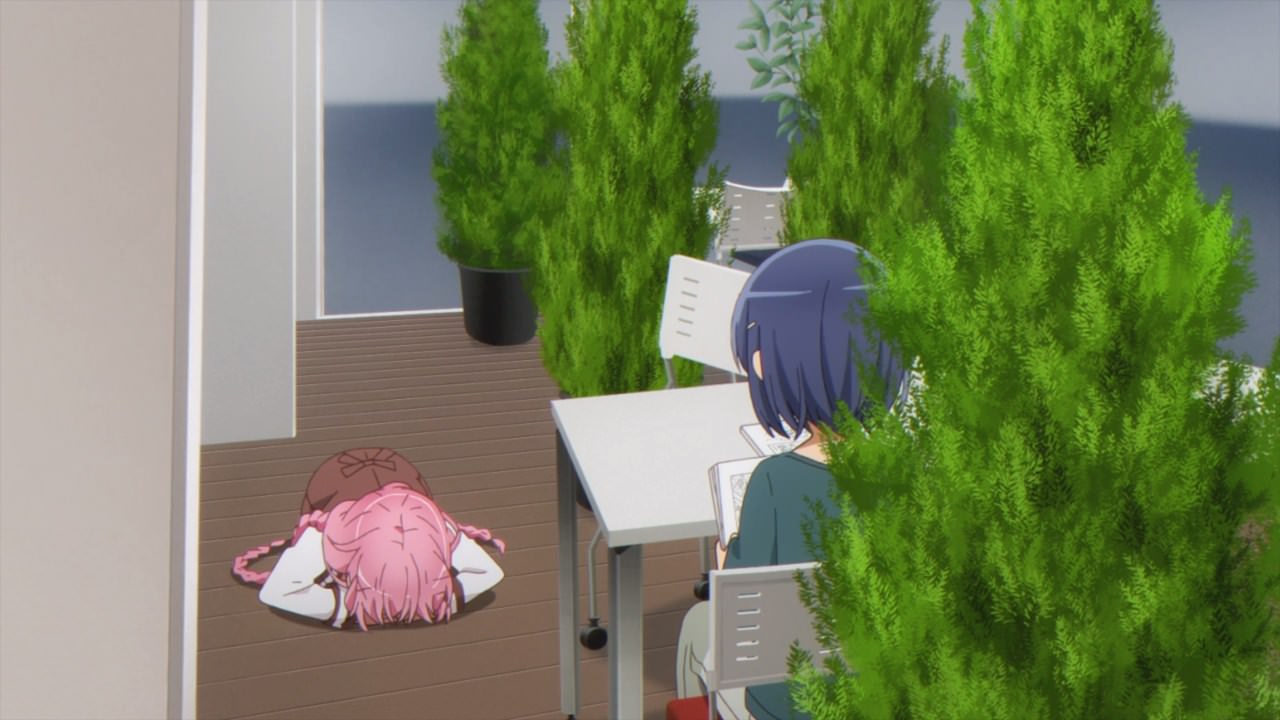 With that said, looks like Kaos-sensei is done presenting her manuscripts and now we’ll have to wait for a call from Mayu Amisawa. Then again, I doubt it! 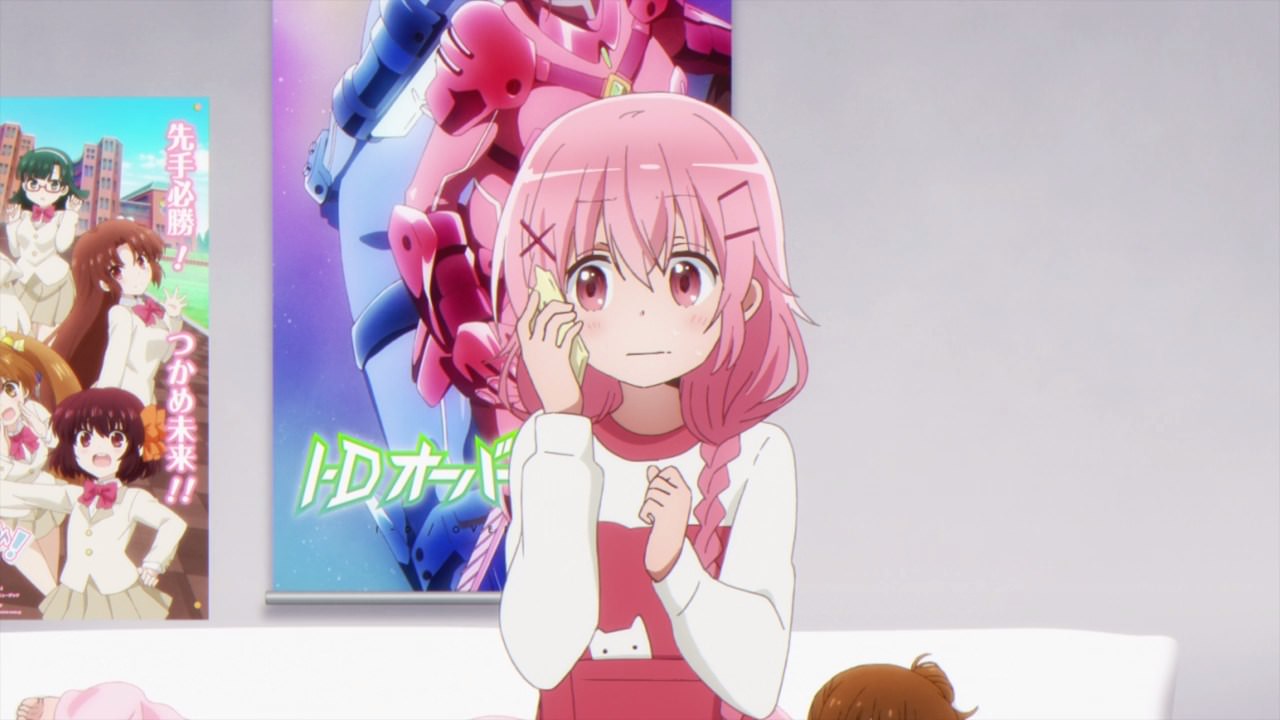 However, it appears that there’s some good news from Mayu Amisawa. Oh boy, I hope Kaos-sensei will hear it clearly! 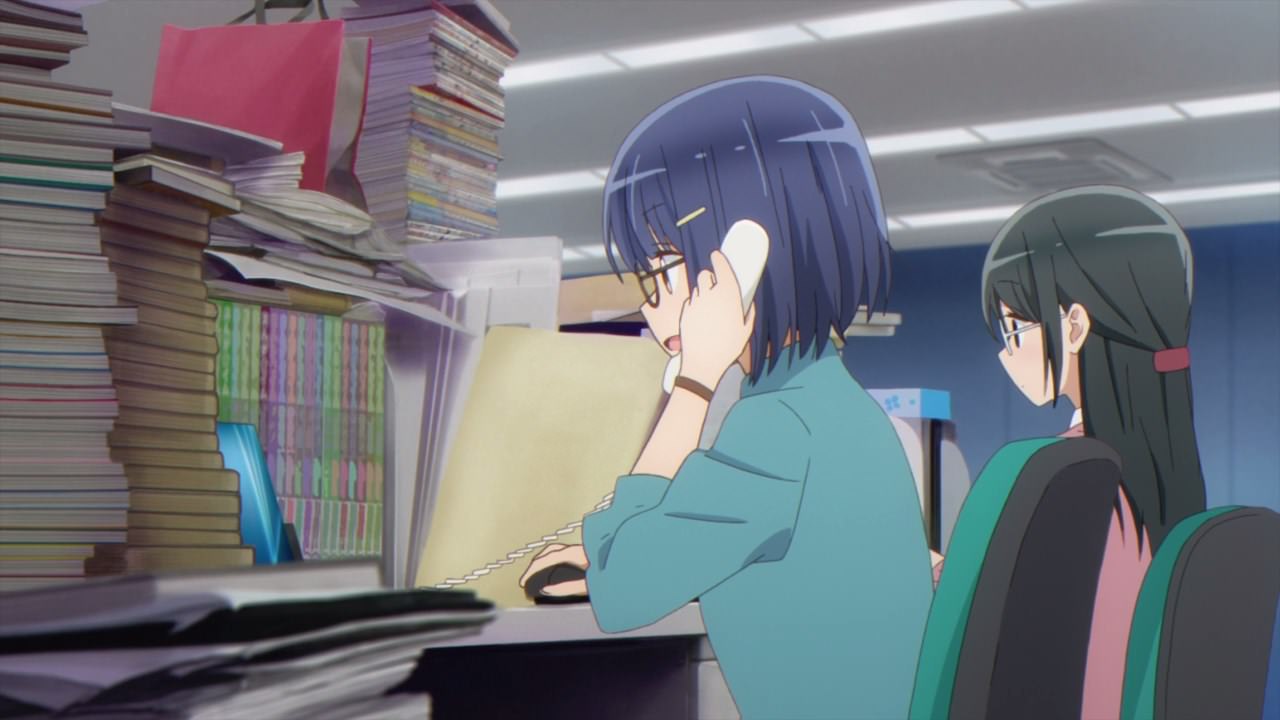 Turns out that Kaos-sensei’s manuscript has given a two-part guest spot at Bunhousha’s manga magazine. Not only that, there’s a high chance that it’ll lead to a serialized manga if the reception is good.

Well then, seems that Kaoruko Moeta will have a promising career as a mangaka after all! 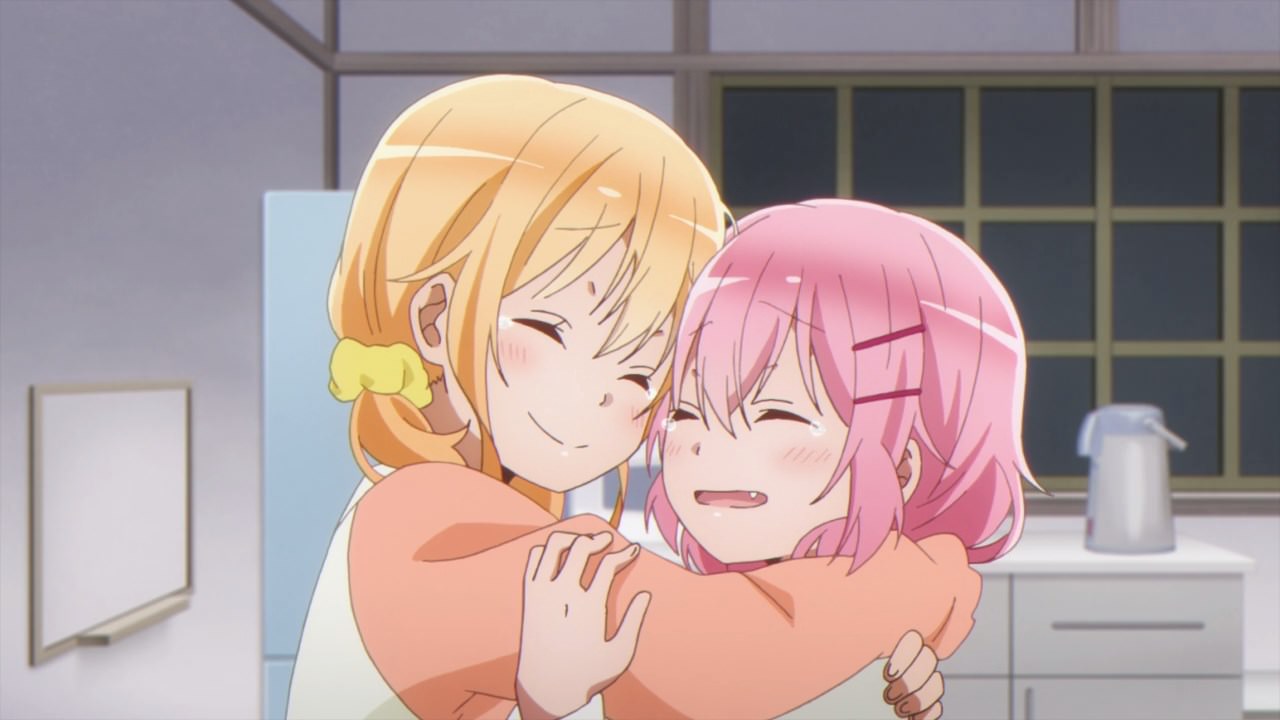 And so, everyone is celebrating Kaos-sensei’s achievement, including Koyume Koizuka. Man, I’m so happy that Kaoruko Moeta’s manga got inserted after many attempts.

Of course, there’s one more episode to go before closing this series out. In any case, congratulations to Kaos-sensei!