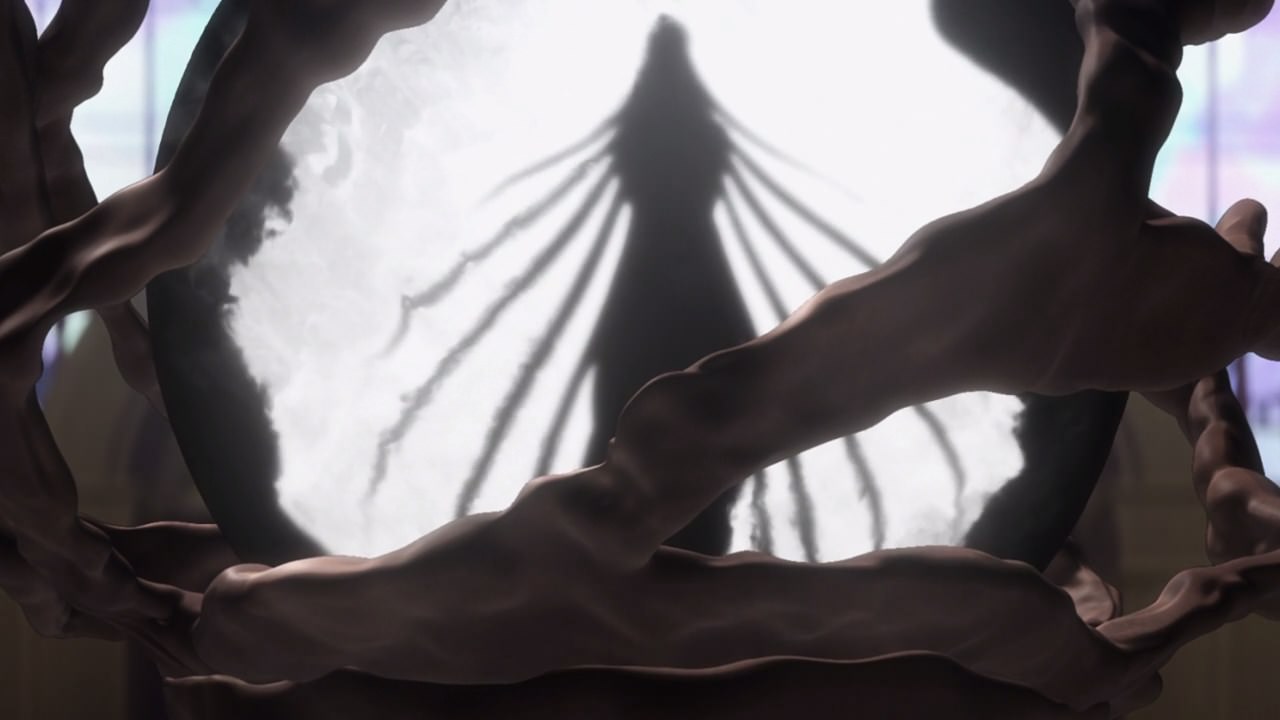 Hey everyone, this is Lady Pandora who’s basically the Mage Academy’s patron saint and possibly the final boss of this show! 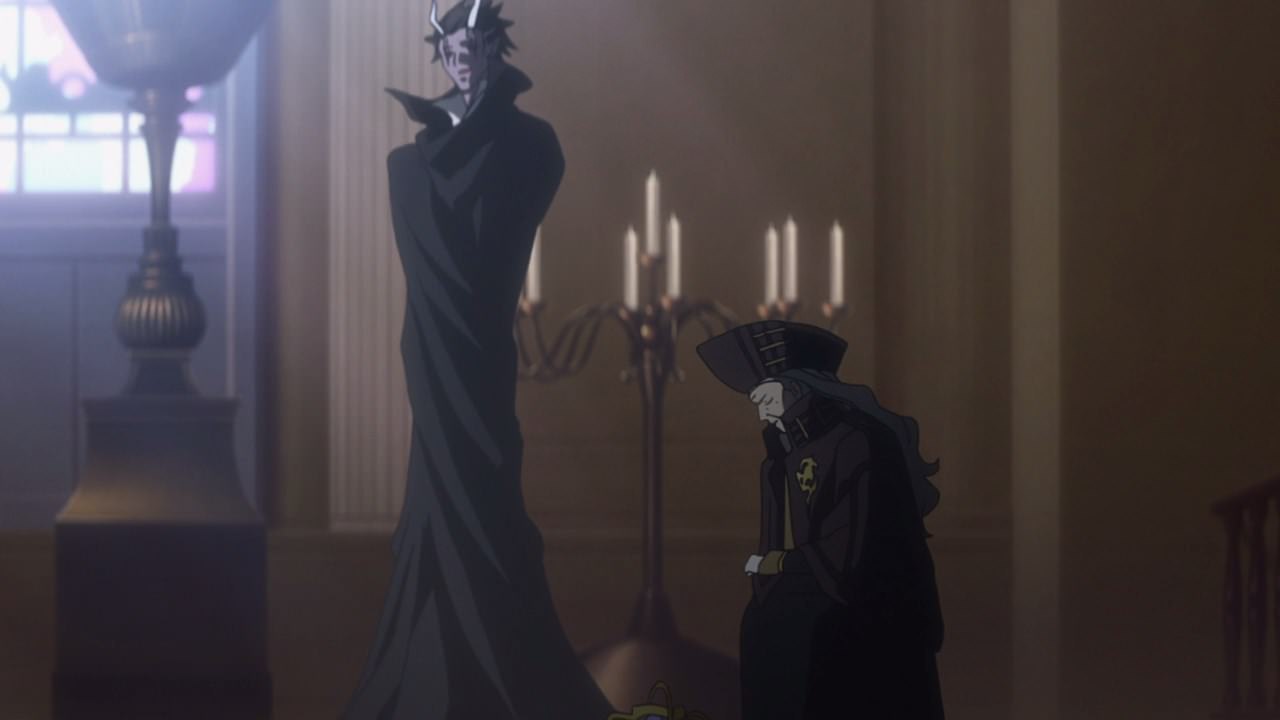 For Lord Dmitrie and the leader of the Mage Academy, it’s necessary to kill Theo Cornaro in order for the Chaos to continue for all eternity. Of course, Emperor Theo and his allies won’t let them do as they pleases! 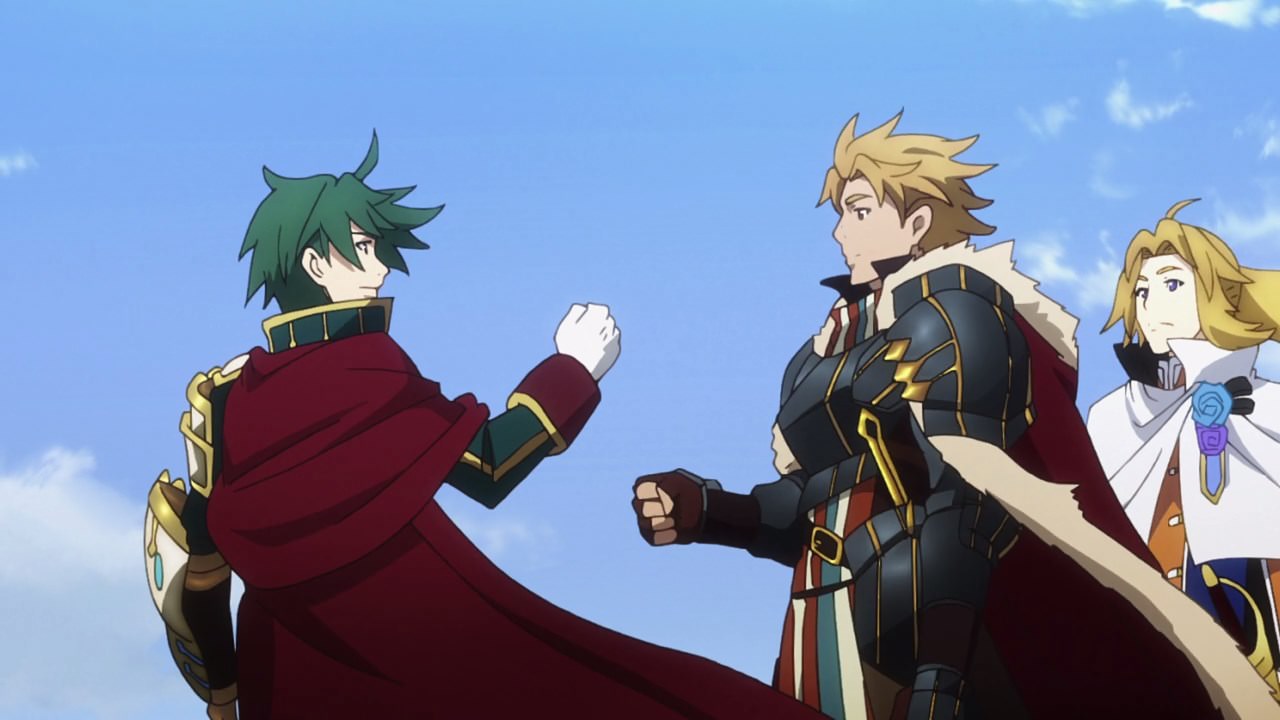 Now then, let’s move onto Theo Cornaro as the entire Imperial Army have arrived at Eramu and defeat the Mage Academy once and for all.

Of course, it’ll be a tough battle ahead so Emperor Theo let the King of Sievis take charge of the major offensive. After all, he trusts Lassic David and his abilities as a lord and a leader to his men! 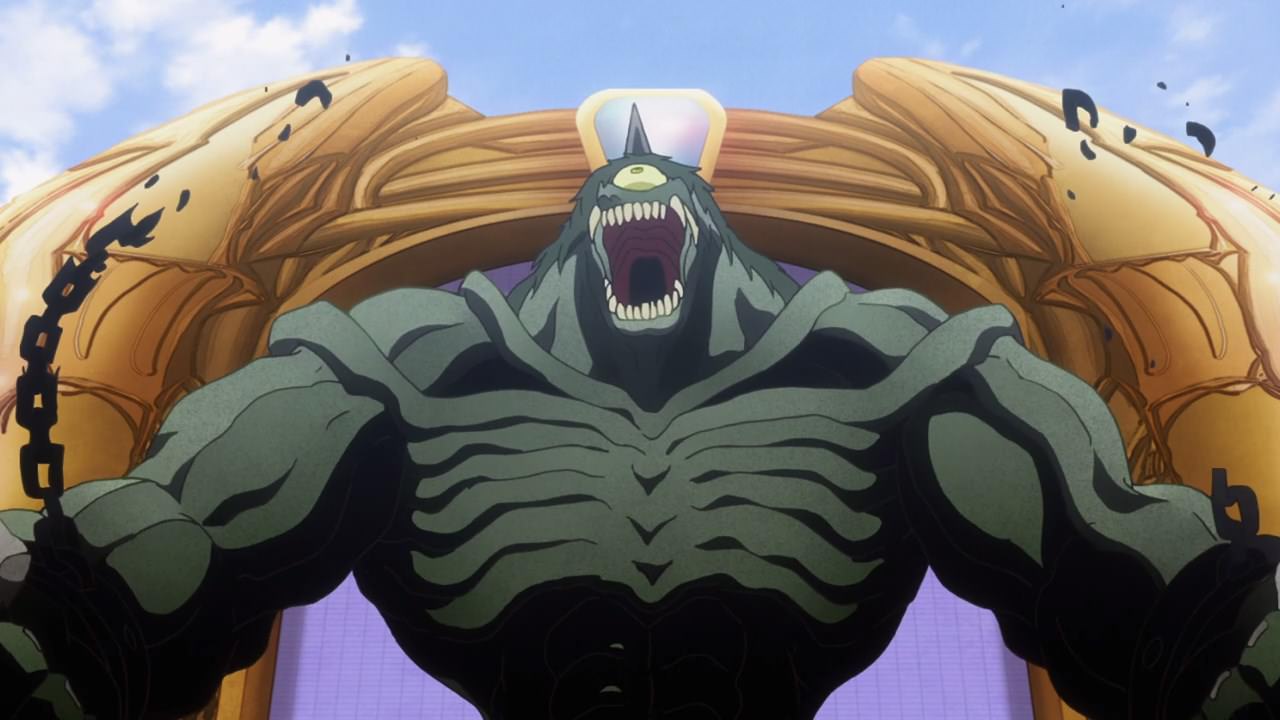 However, looks like King Lassic of Sievis will have to deal with a cyclops in which the magicians destroyed its seal. 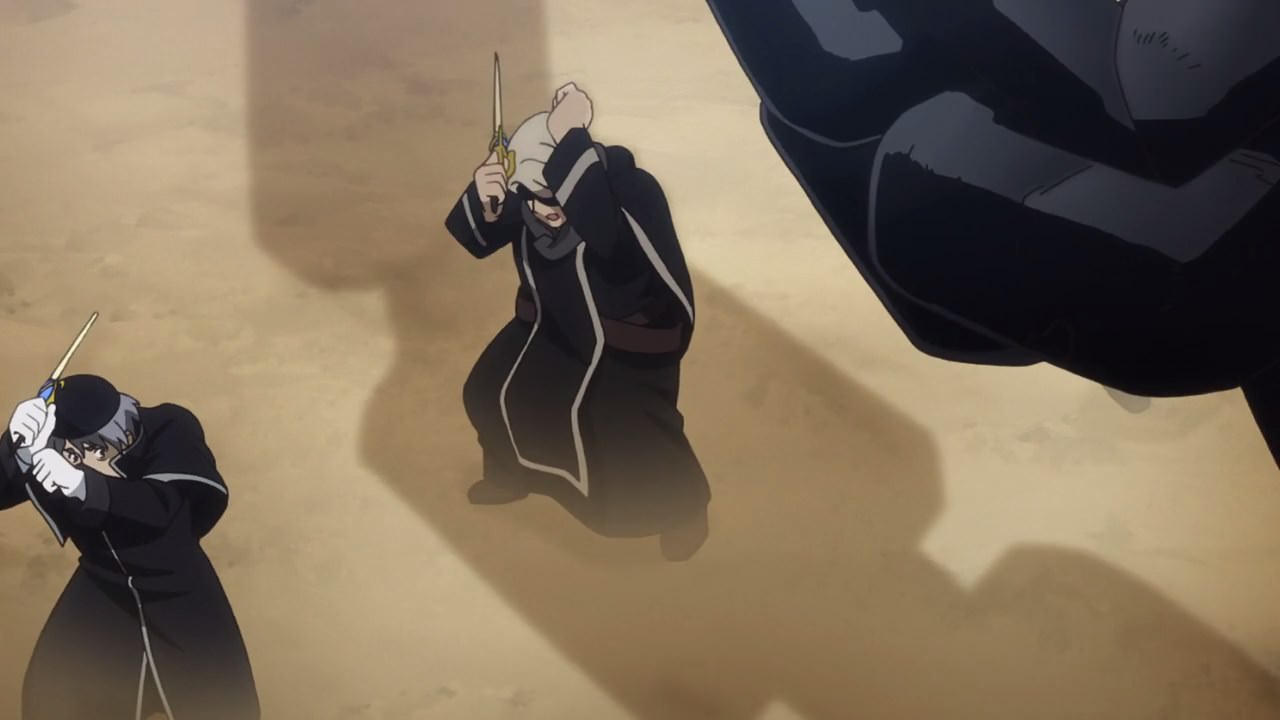 Oh yeah, seems that Faustio has returned as an enemy after all. Too bad that he’s gonna get killed by the rampaging cyclops. We’ll surely miss him though…

In any case, it’s time to slay this cyclops in order to capture Eramu easily! 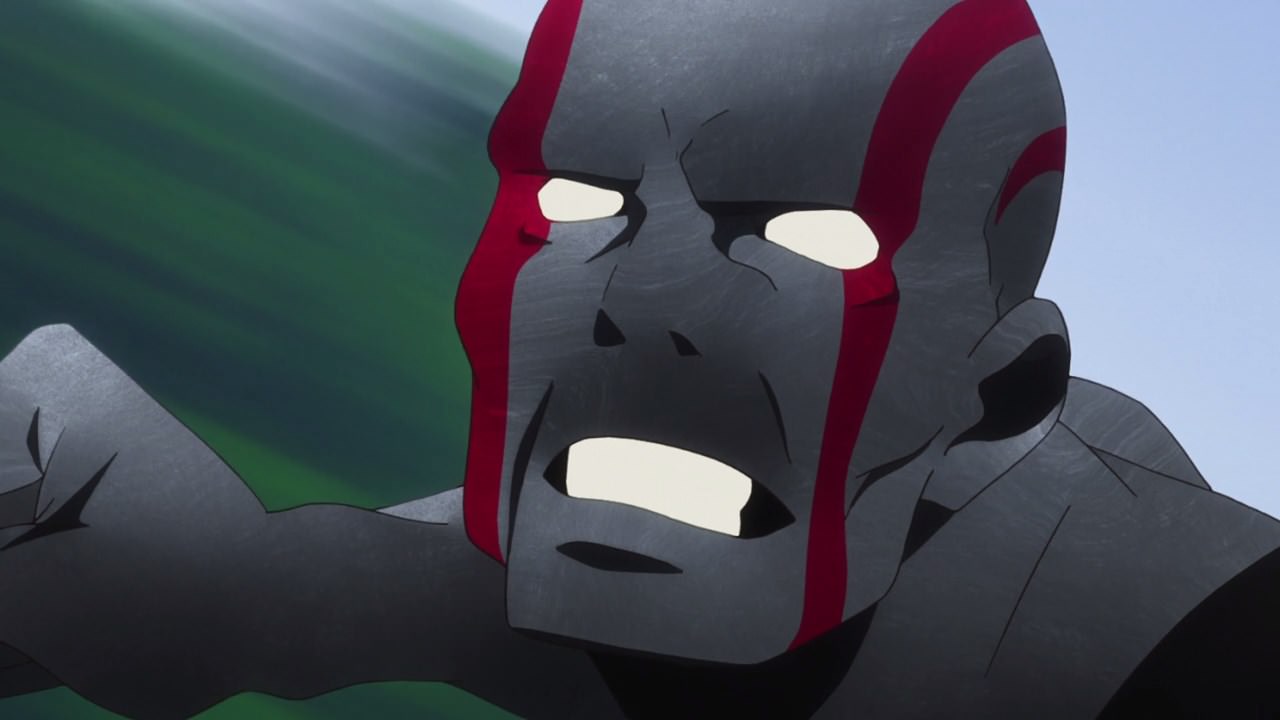 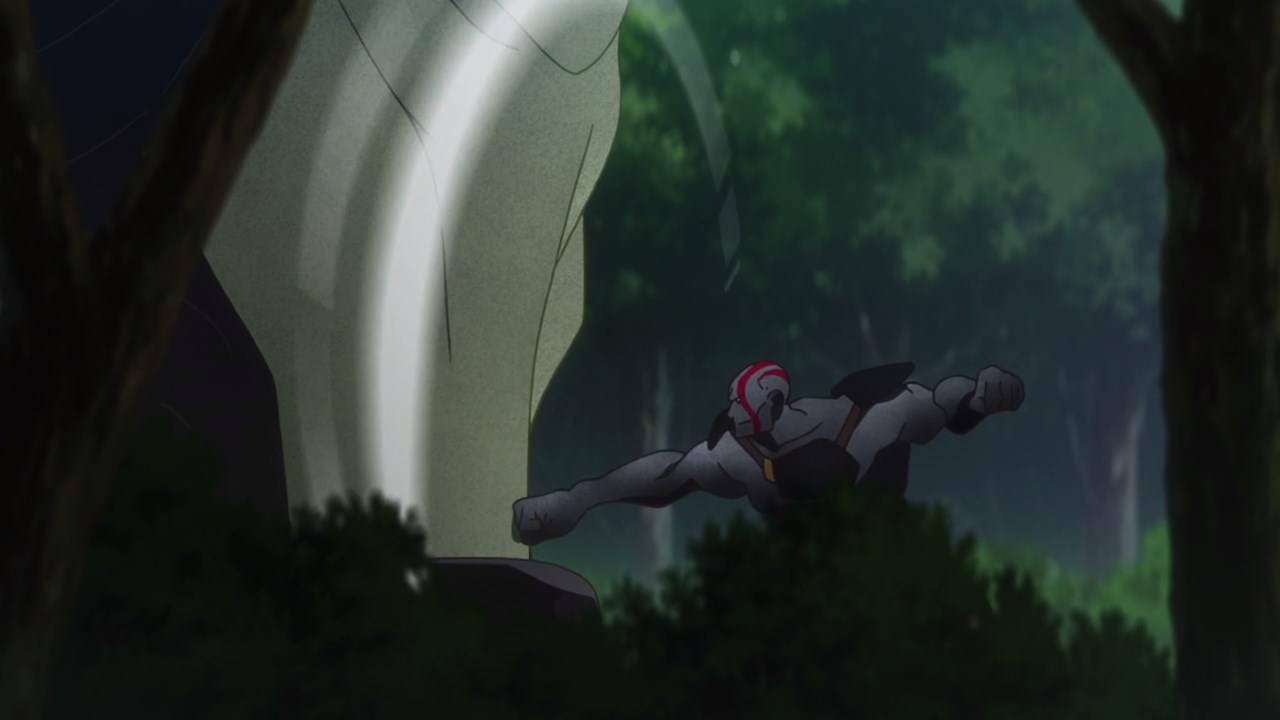 …to punch the cyclops’ feet with his bare hands. Well, it’s been a while since Lassic David’s allies take action, especially when they have a big battle against a giant monster! 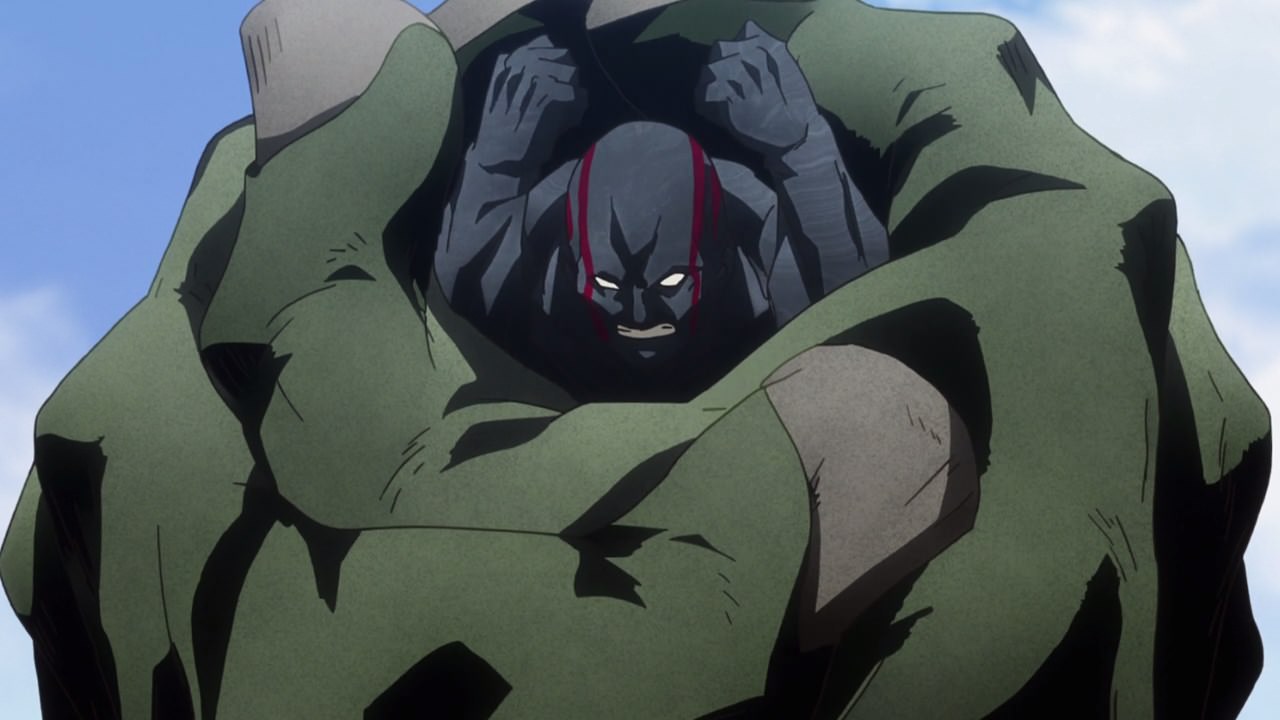 Sadly, Gluck has been captured and it seems that he’ll get eaten by the cyclops, even if he changed his body into iron. 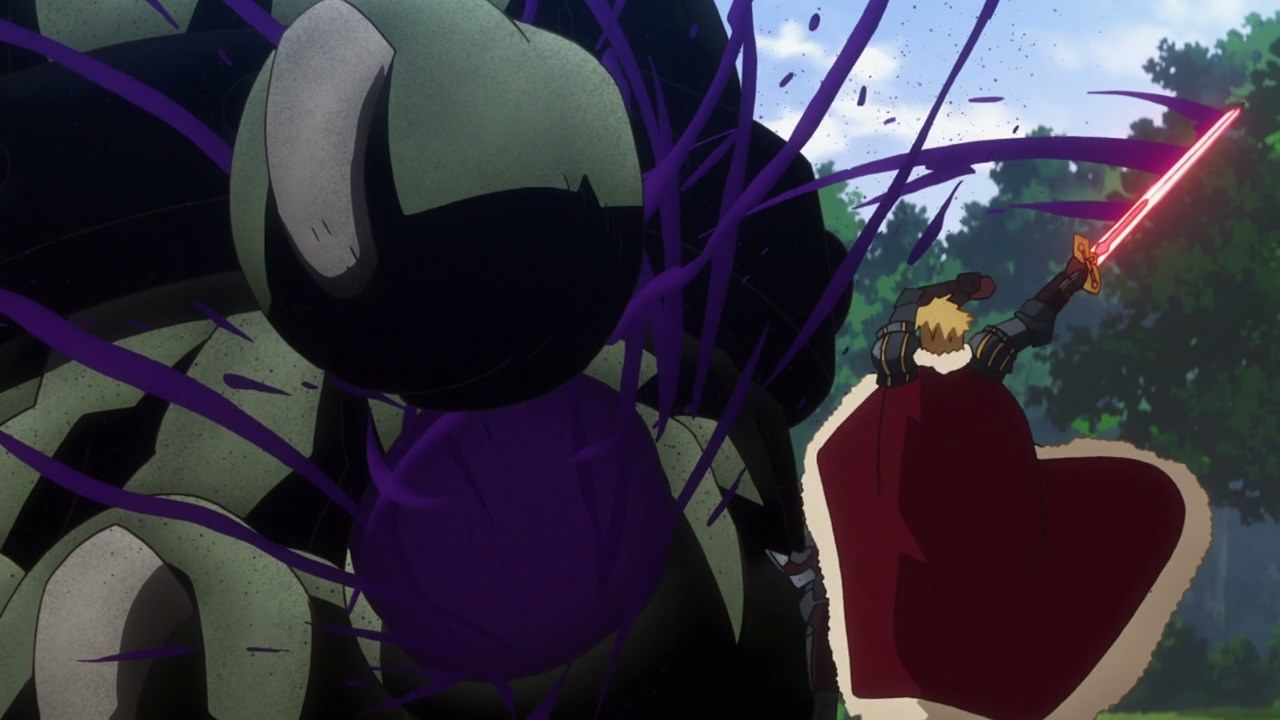 Not on King Lassic’s watch though as he tries to free Gluck from the clutches of cyclops. Still, it’s not enough to kill the giant monster. 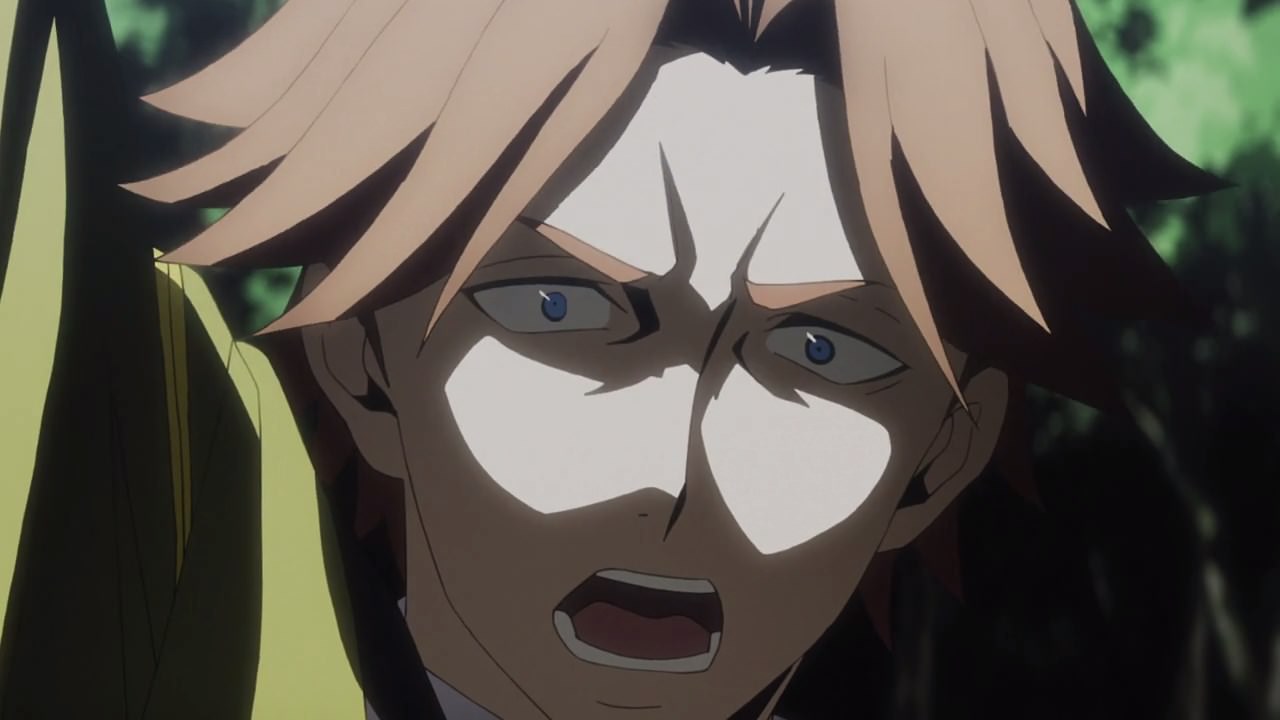 And you think that Siluca Meletes is the best mage? Nah, she can hold his beer for a while… 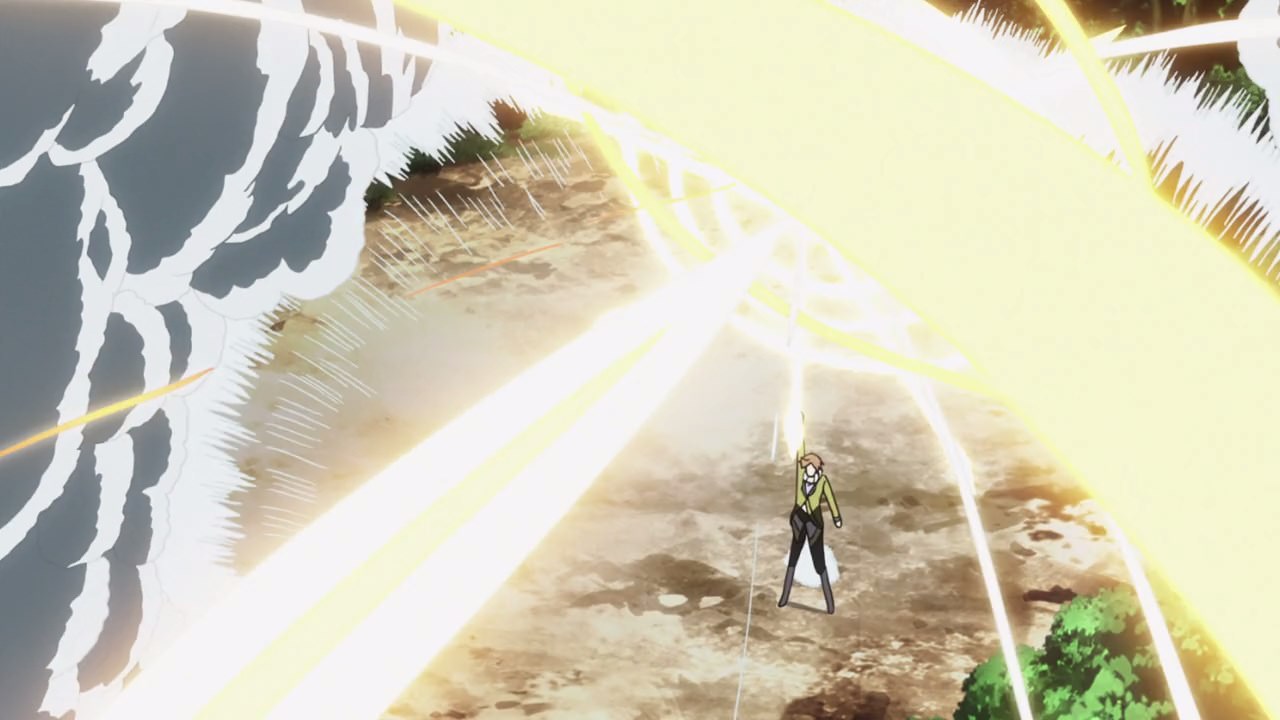 …as Moreno shoots a ray of blinding light towards the cyclops! Sure that it’ll take time to cast one, but this is very impressive coming from Moreno Dortous.

And look, seems that the cyclops’ eye got hit by Moreno’s blinding light that it can no longer see. Still, this giant monster is standing right now. 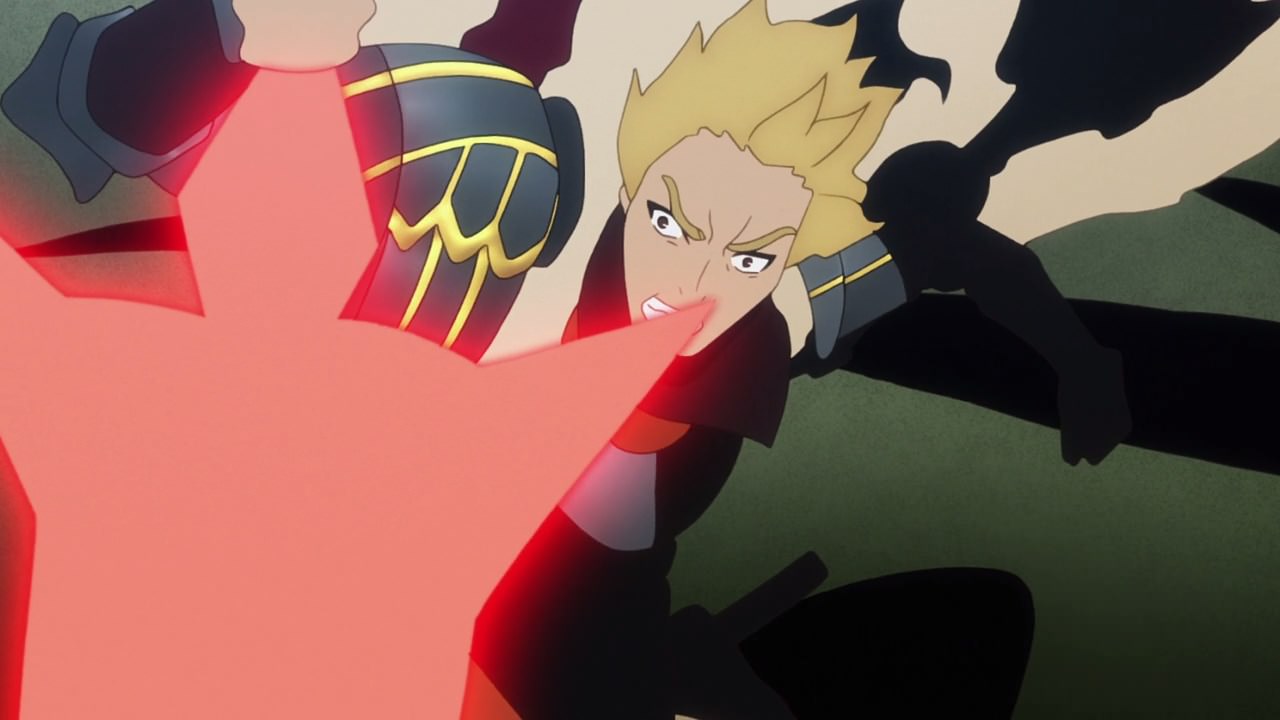 So, King Lassic David grabs his lance and proceeds to pierce the cyclops through the heart, making sure that this giant monster is completely dead. 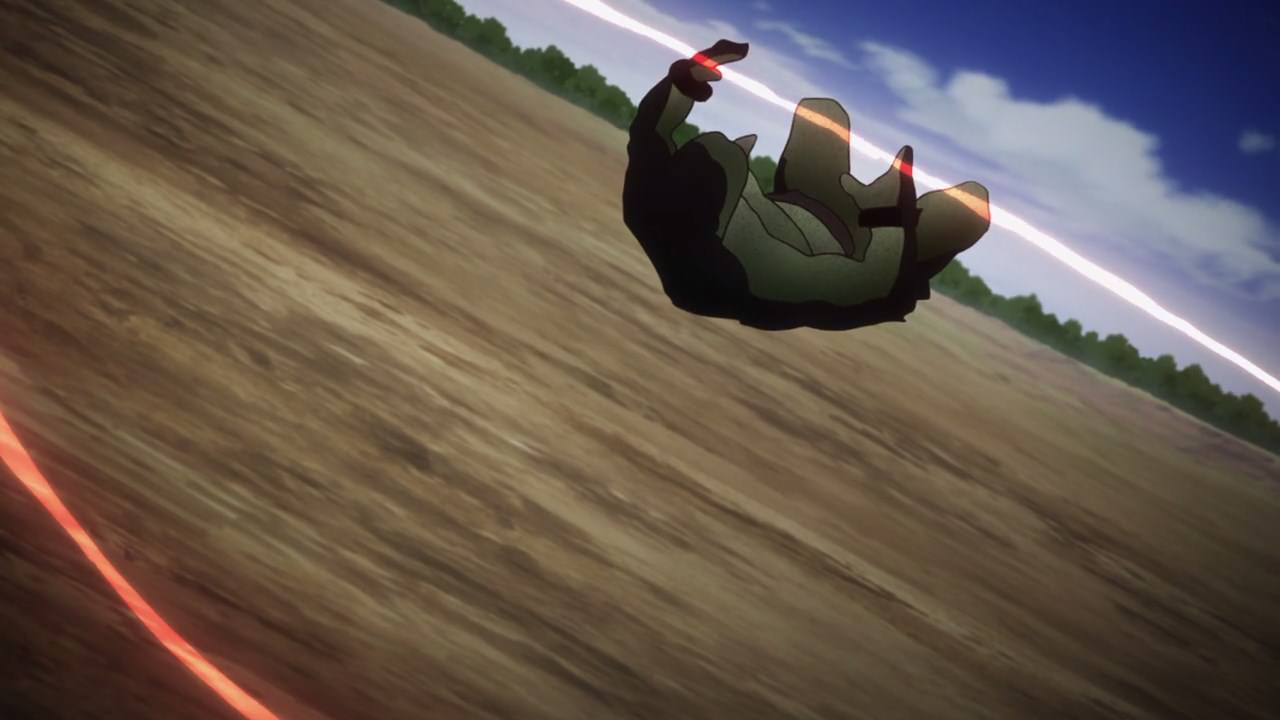 With that said, looks like King Lassic David of Sievis has made another achievement in which he managed to slay a cyclops.

Forget the Recon/Survey Corps, we have a titan killer by the name of Lassic David! Of course, it wouldn’t be possible without his allies. 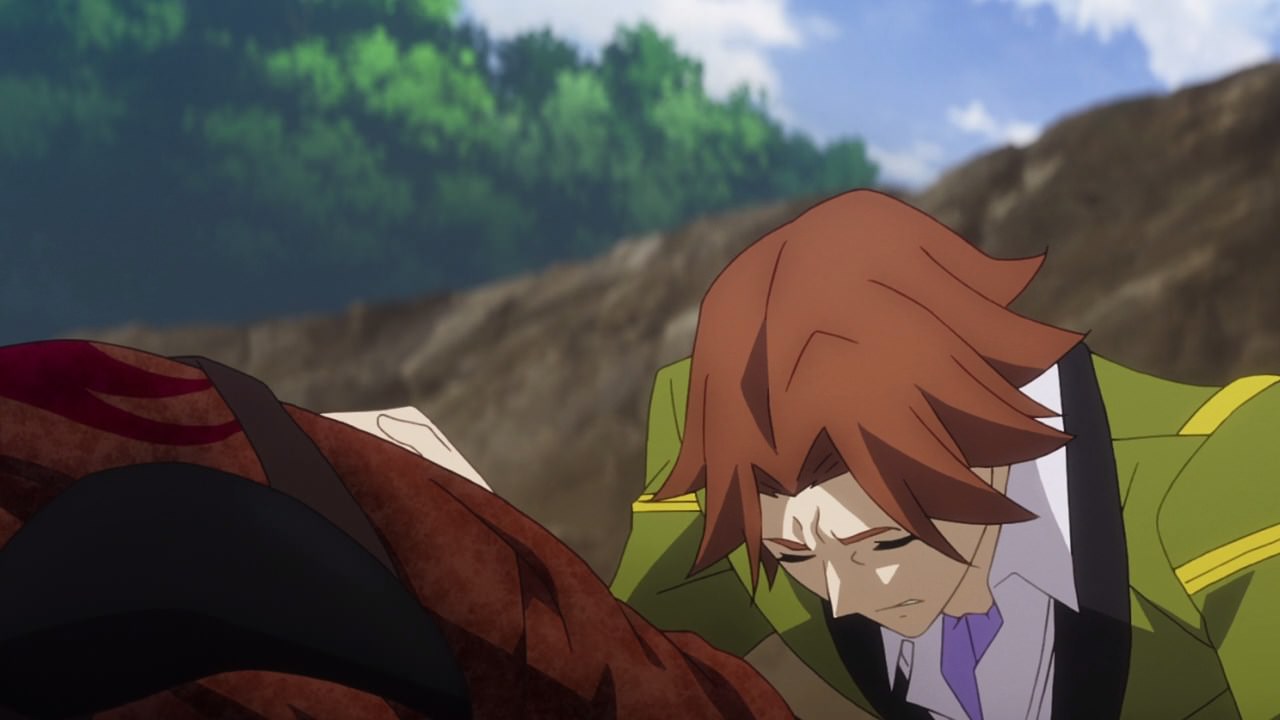 Sadly, one of them will be gone as Moreno Dortous found out that Gluck’s heart stopped. Damn, this can’t be happening for Lassic’s iron-clad mercenary! 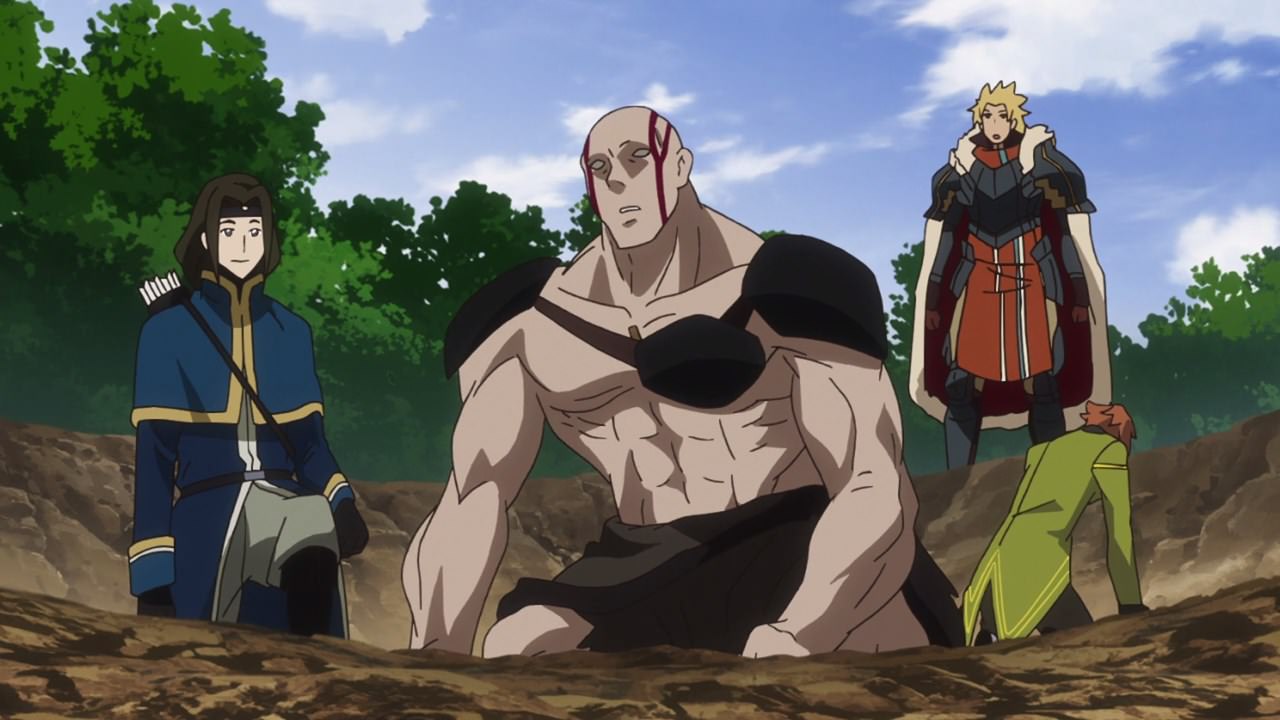 Just kidding, looks like Gluck is alive after reverting his transformation. Well, I’m glad that everything is good for King Lassic and his mates! 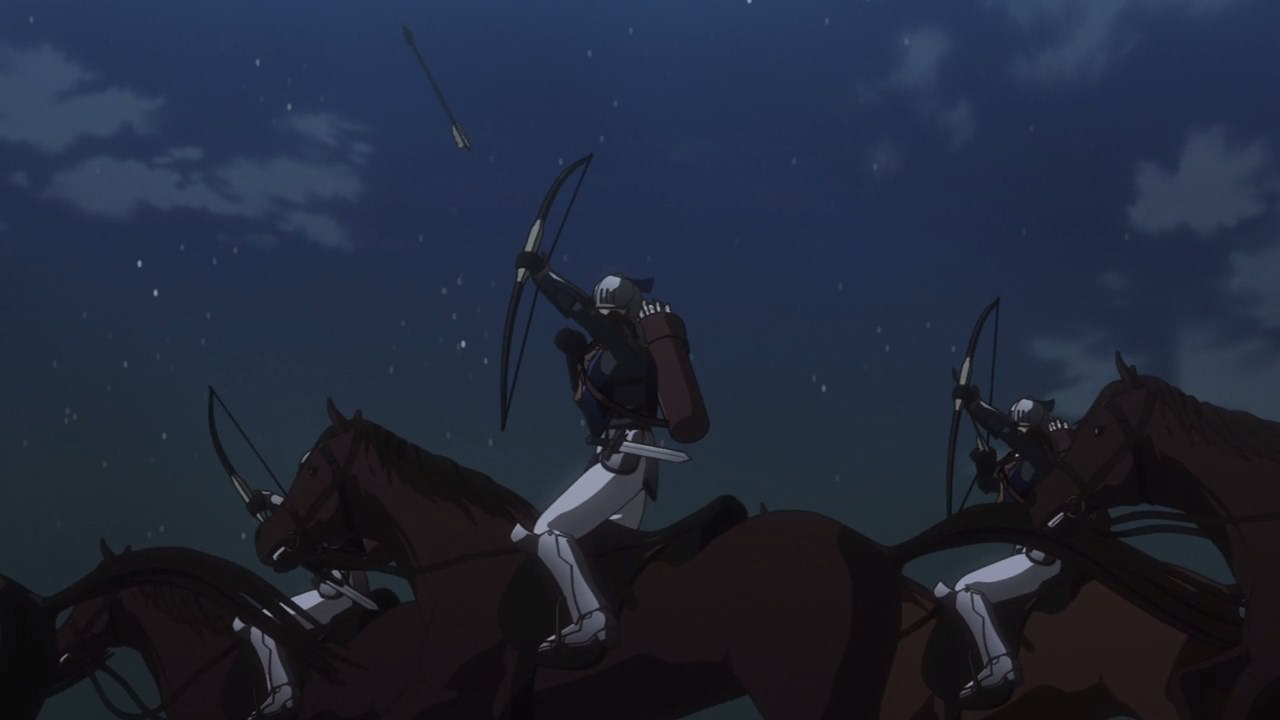 Now let’s move onto the night battle as the Imperial Army intensify their attack against the Mage Academy with hit-and-run tactics. 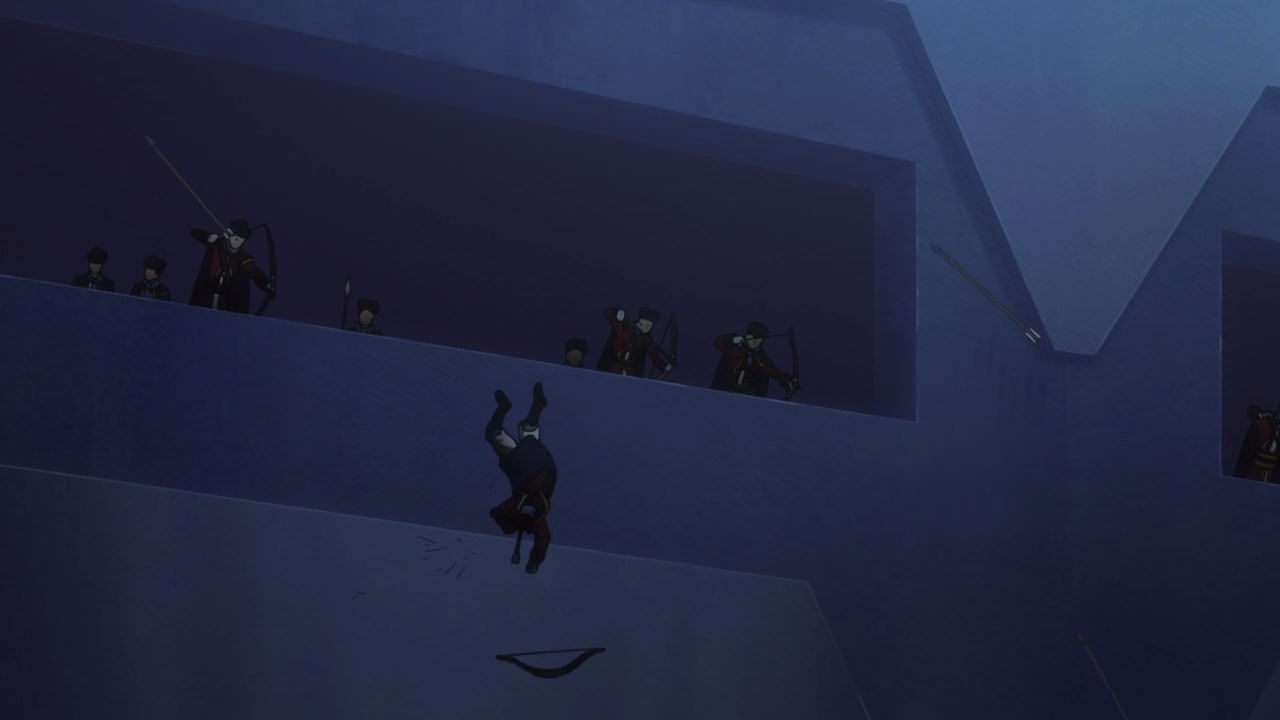 As you can see, the guards stood no chance of retaliating against Theo Cornaro’s forces. Now, who’s commanding these archers on horseback if you may ask? 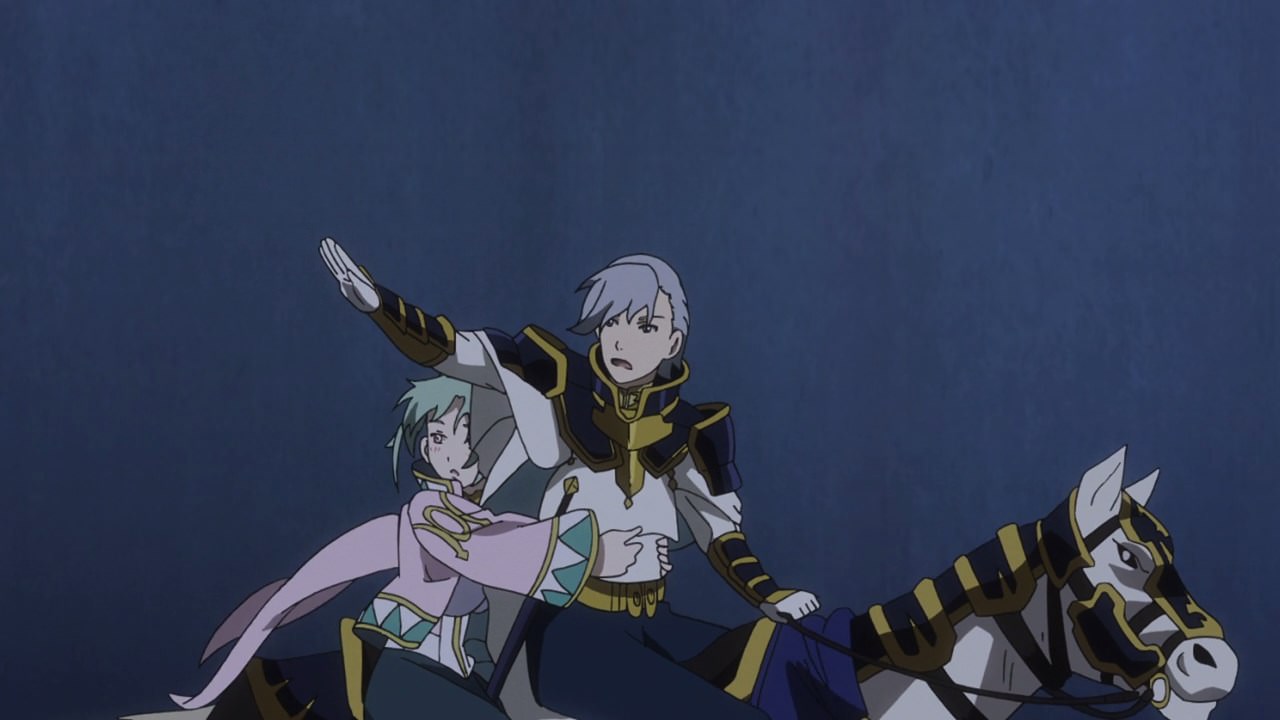 Well, it’s none other than the Selge Stelea as he ordered his troops to retreat once they’re done raining the enemy with arrows. As expected from the Fleeing Lord. 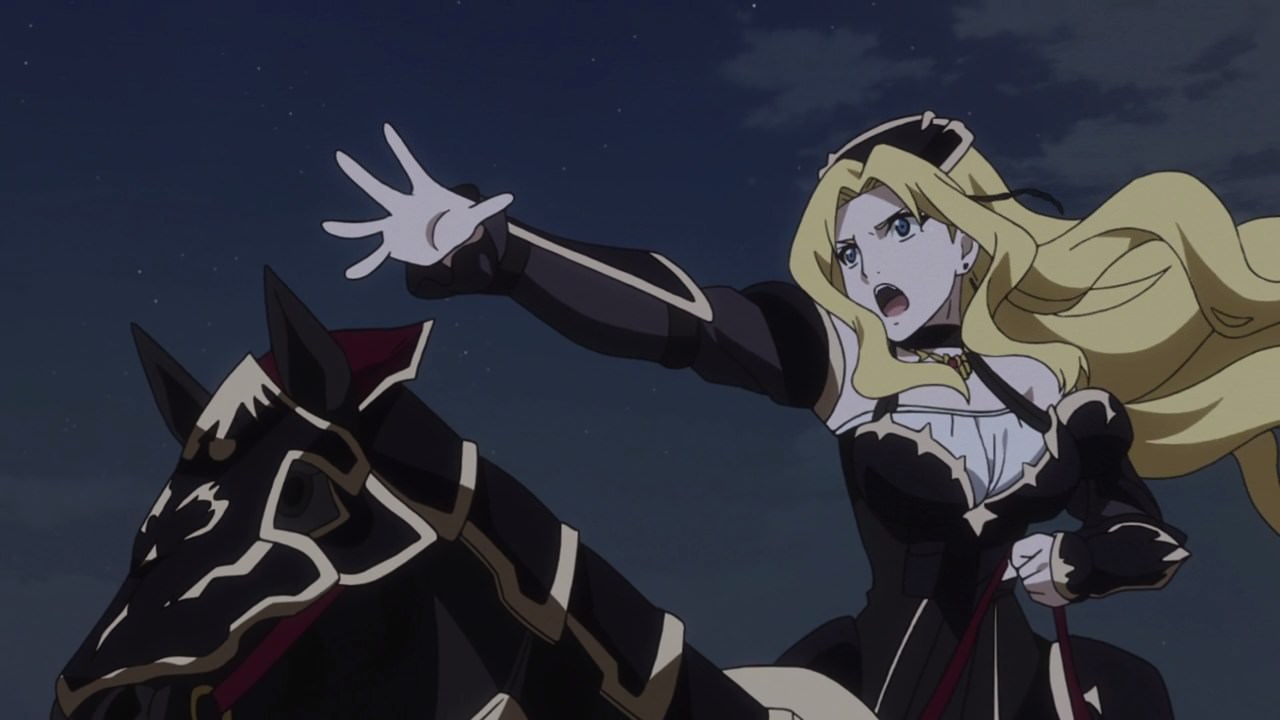 Meanwhile, Marrine Kreische ordered her Valdrind Knights to fire their crossbows at the guards hiding at the city walls. After all, she doesn’t want to be left out, although I still hate Marrine! 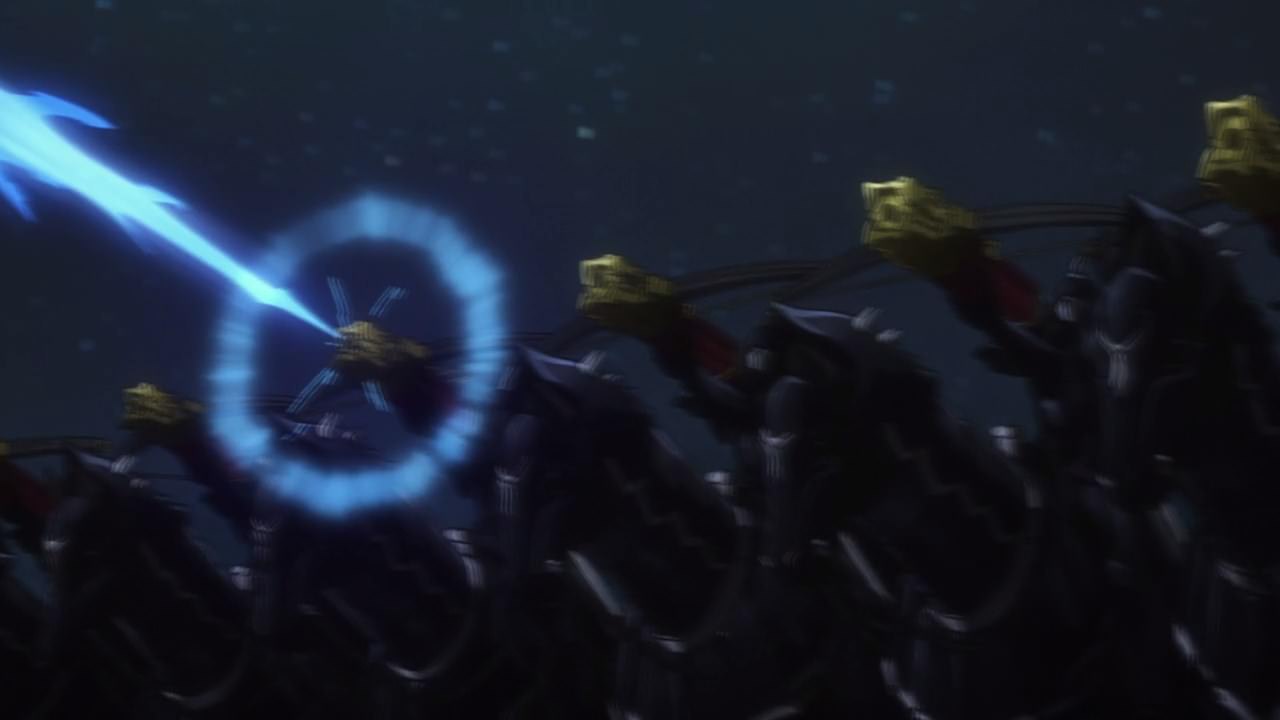 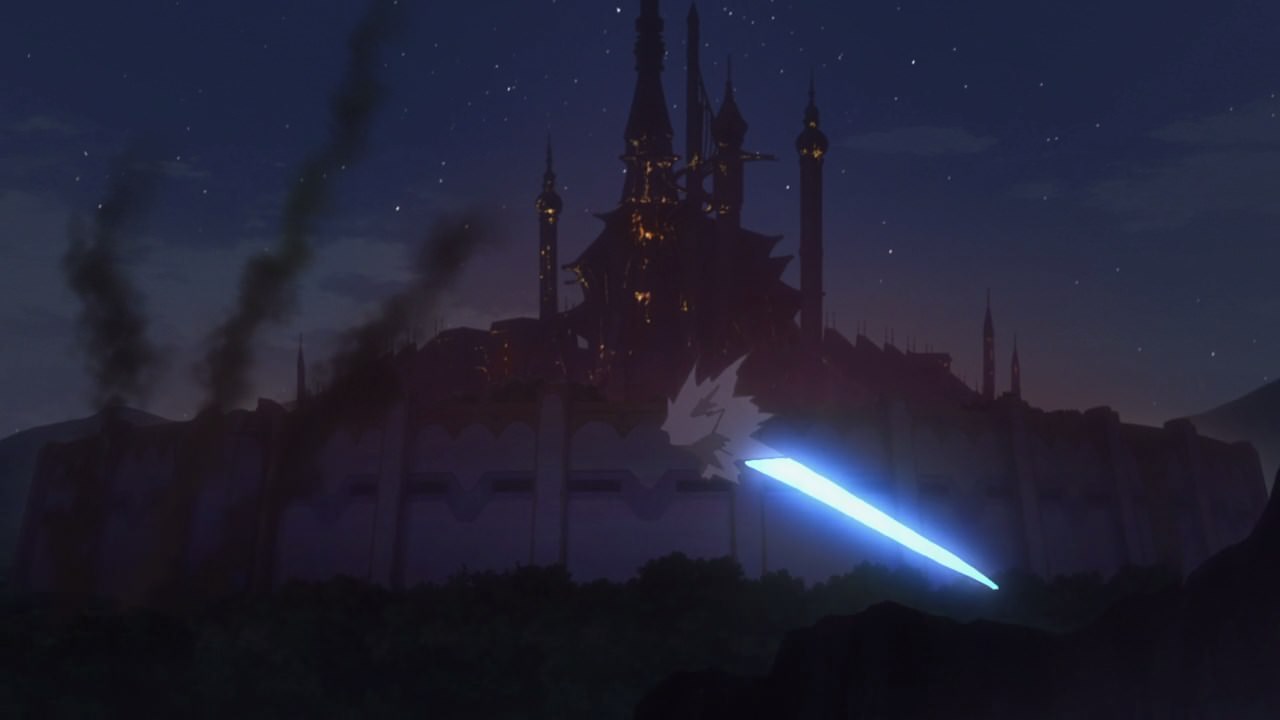 But anyways, the Crest Bullets fired from the Valdrind Knights’ crossbows is very effective when putting a dent towards Eramu’s walls.

Of course, Margrave Marrine needs to conserve the Crest Bullets when facing against Lady Pandora once they’re inside the city. 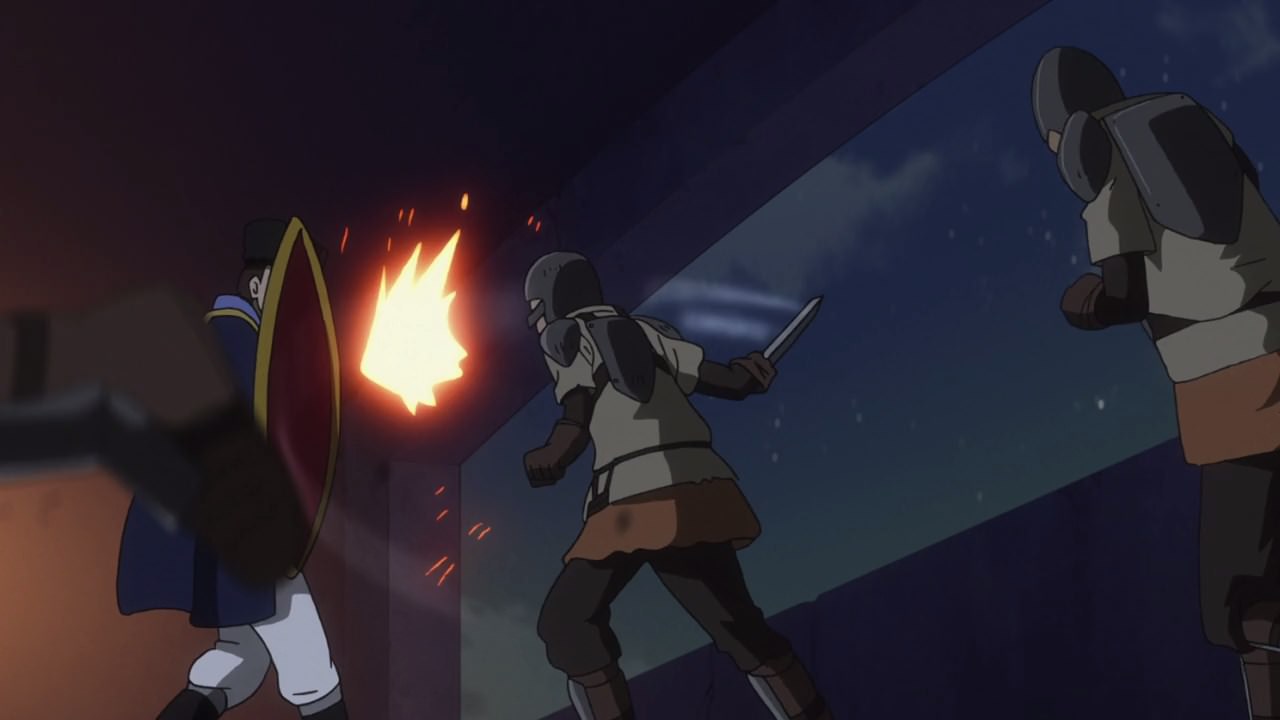 And lastly, seems that a band of soldiers have infiltrated the walls and made a surprise attack against the guards. They sure didn’t see this coming! 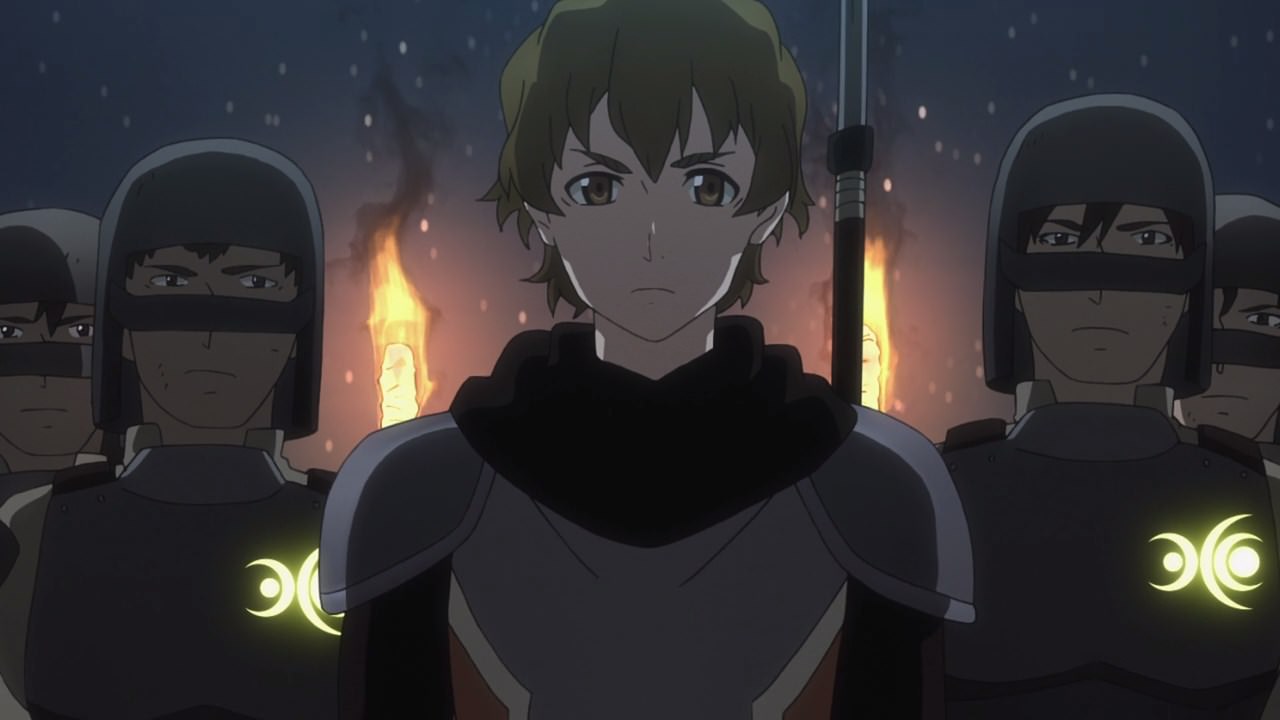 Oh, and it turns out that Petr Moldva, now king of Bultava, has led the charge against the Mage Academy’s guards, telling them to surrender or face death.

At this point, the guards have no choice but to succumb to Petr’s demands. 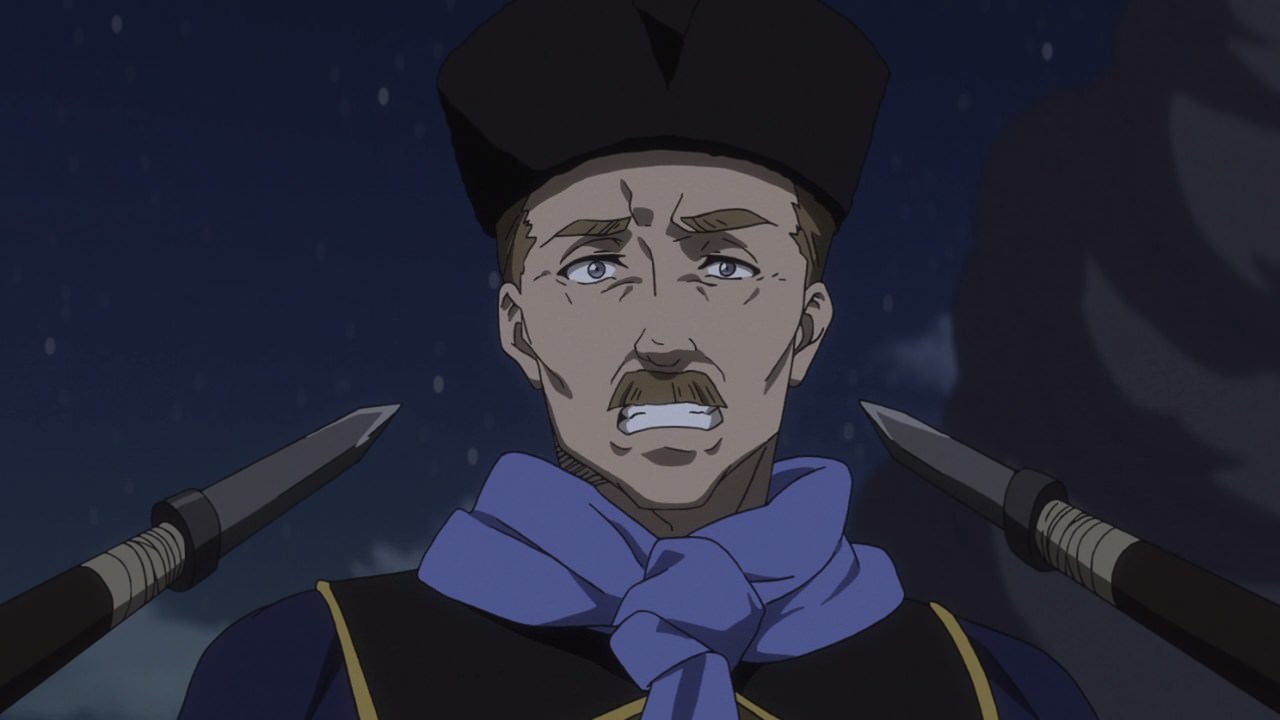 As for this guard leader? He’ll be apprehended and lock into the cell until Eramu is completely captured!

Anyways, looks like the night battle has gone smoothly and it’s all thanks to Theo Cornaro’s allies. 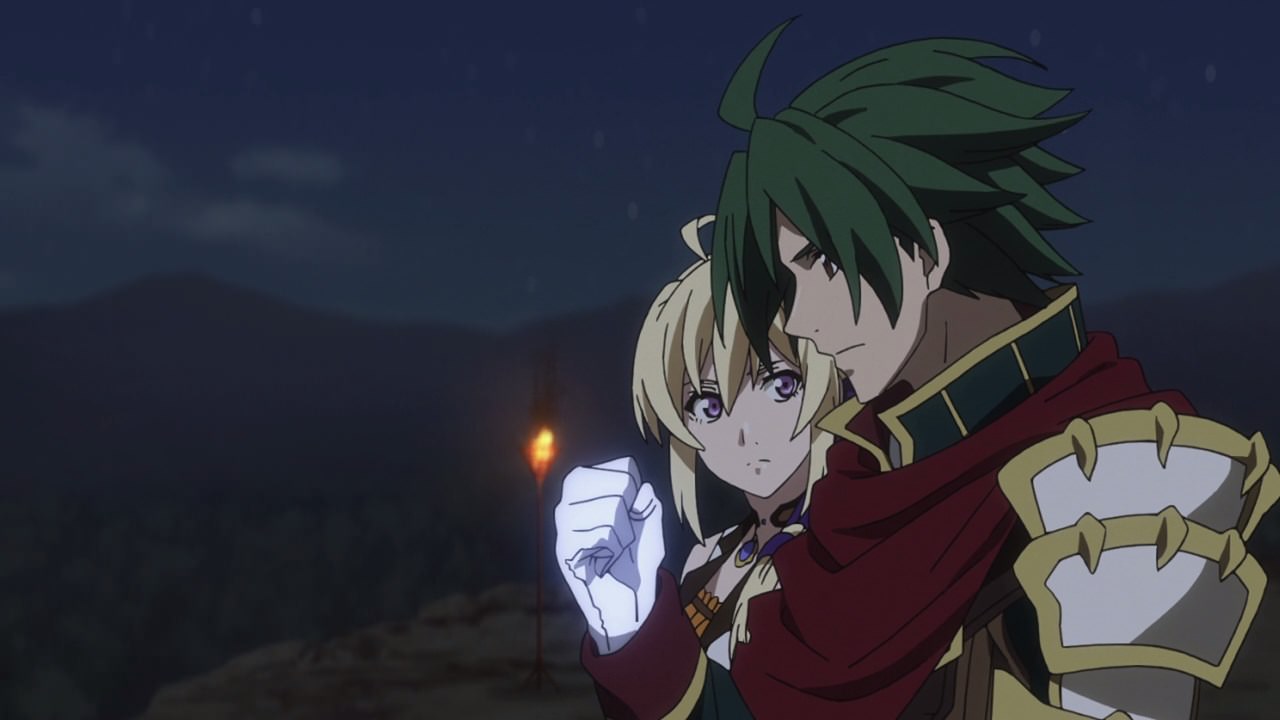 Now, the only thing that the emperor can do is to stop the leader of the Mage Academy and stop Chaos once and for all.

Of course, Theo’s friends such as Siluca Meletes will have to confront one more obstacle before capturing Eramu… 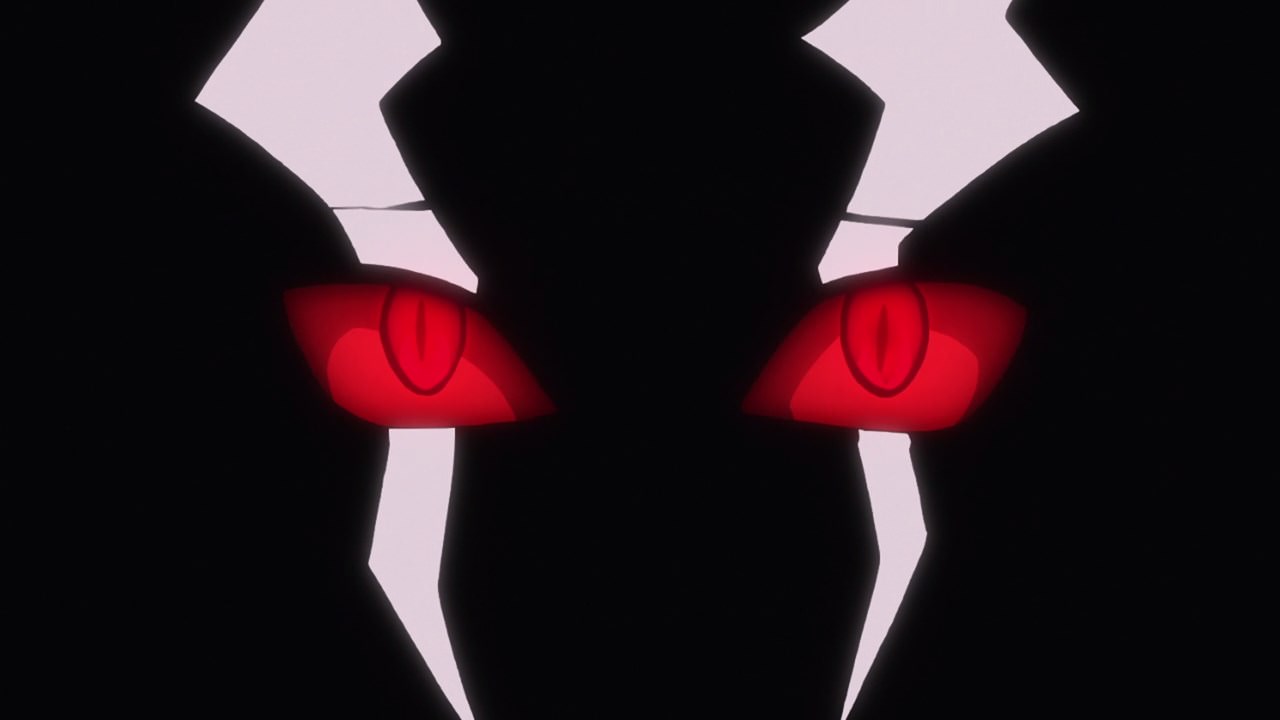 That’s right, it’s the Vampire King himself as Lord Dmitrie trapped them because he’s scared of dying without the presence of Chaos.

Anyways, will Theo Cornaro succeed on defeating Lord Dmitrie or die trying? We’ll find that out on the final episode!