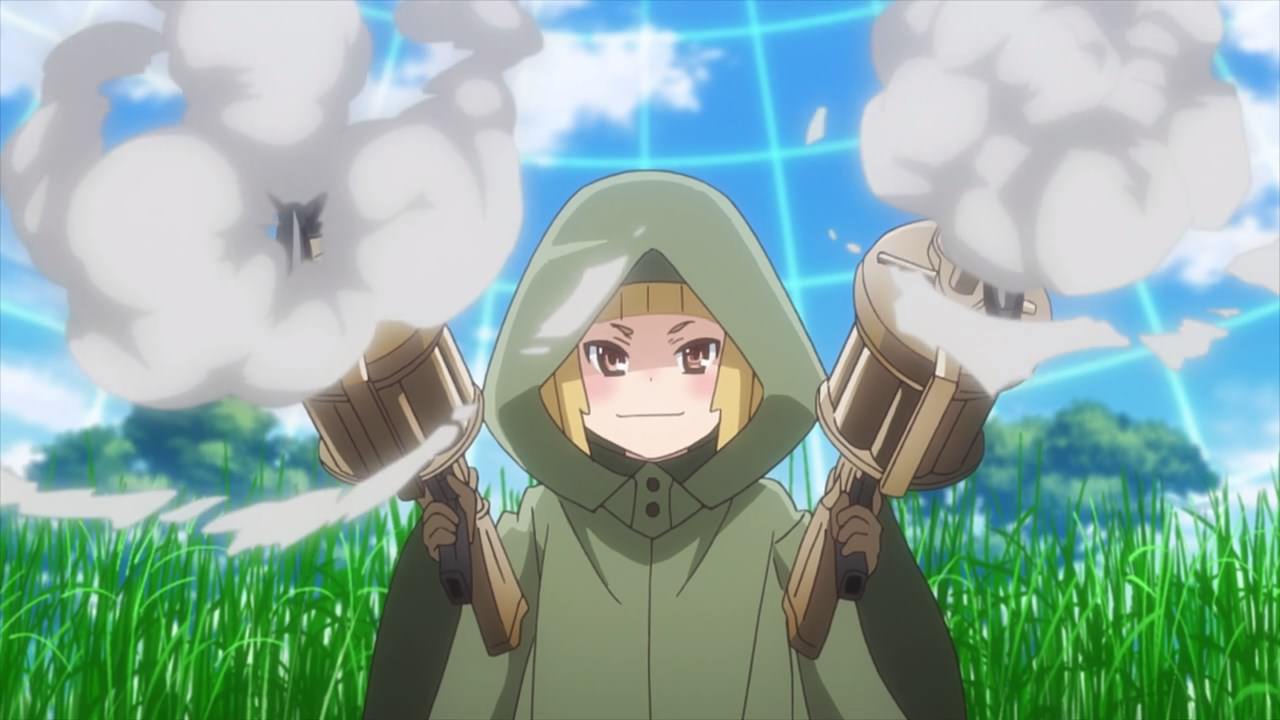 Well, looks like Fukaziroh is ready to party against Memento Mori (or MMTM) with her Milkor grenade launchers! 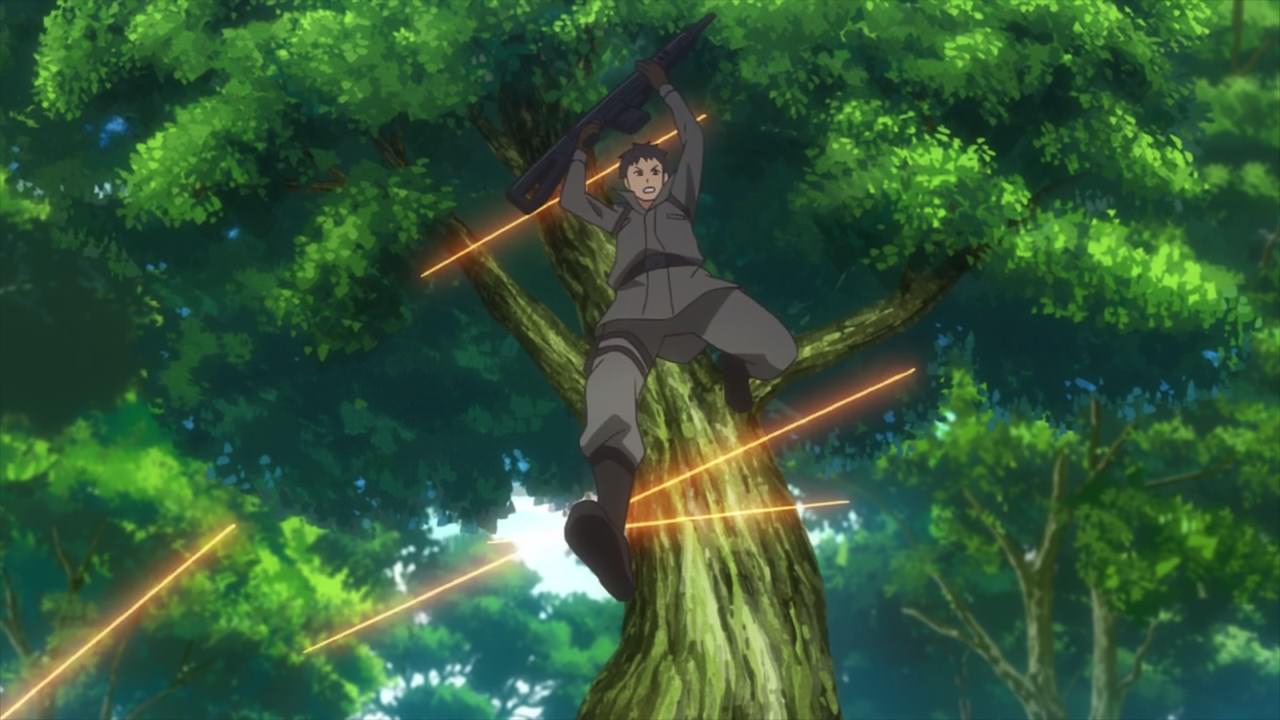 Sadly, someone interfered as Memento Mori decided to retreat anyway. Who could that be? 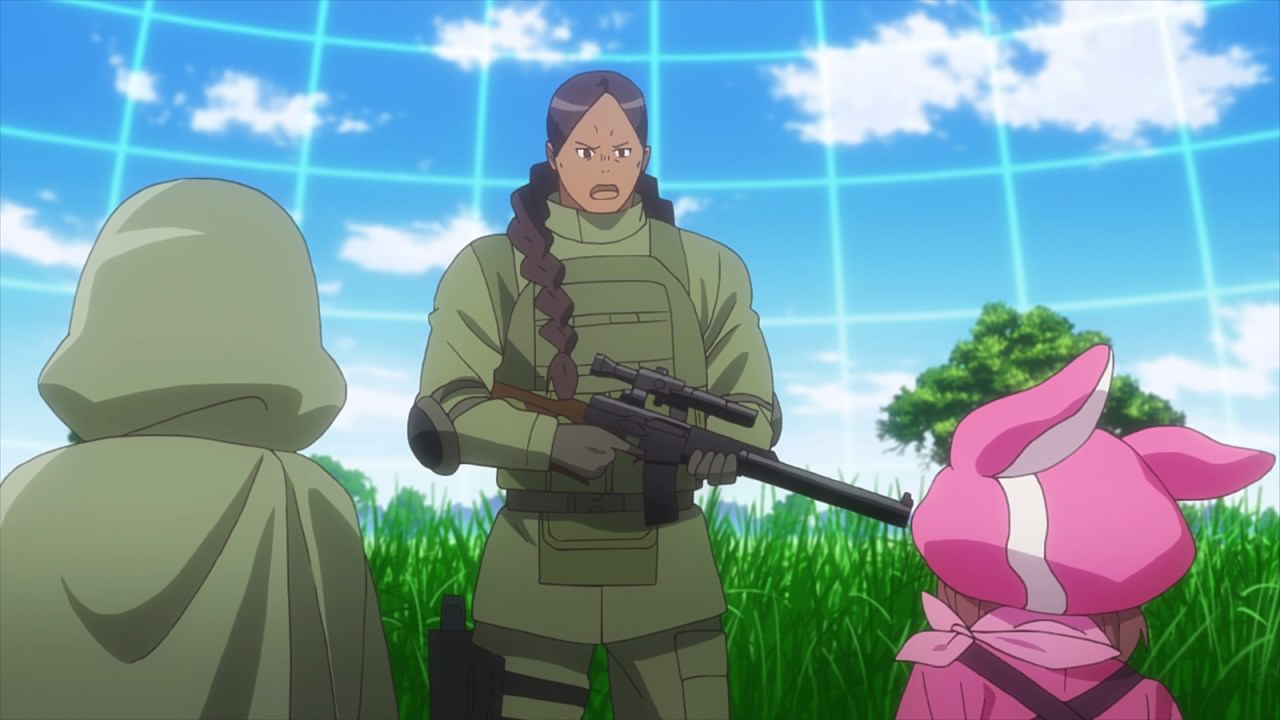 Oh, it’s SHINC as Eva helped both LLENN and Fukaziroh so she and her teammates can murder them right now.

Of course, LLENN has no time to fight against SHINC as she has a person to save from death… by killing her in GGO. As for Eva, seems that she has no choice but to help LLENN and Fukaziroh. 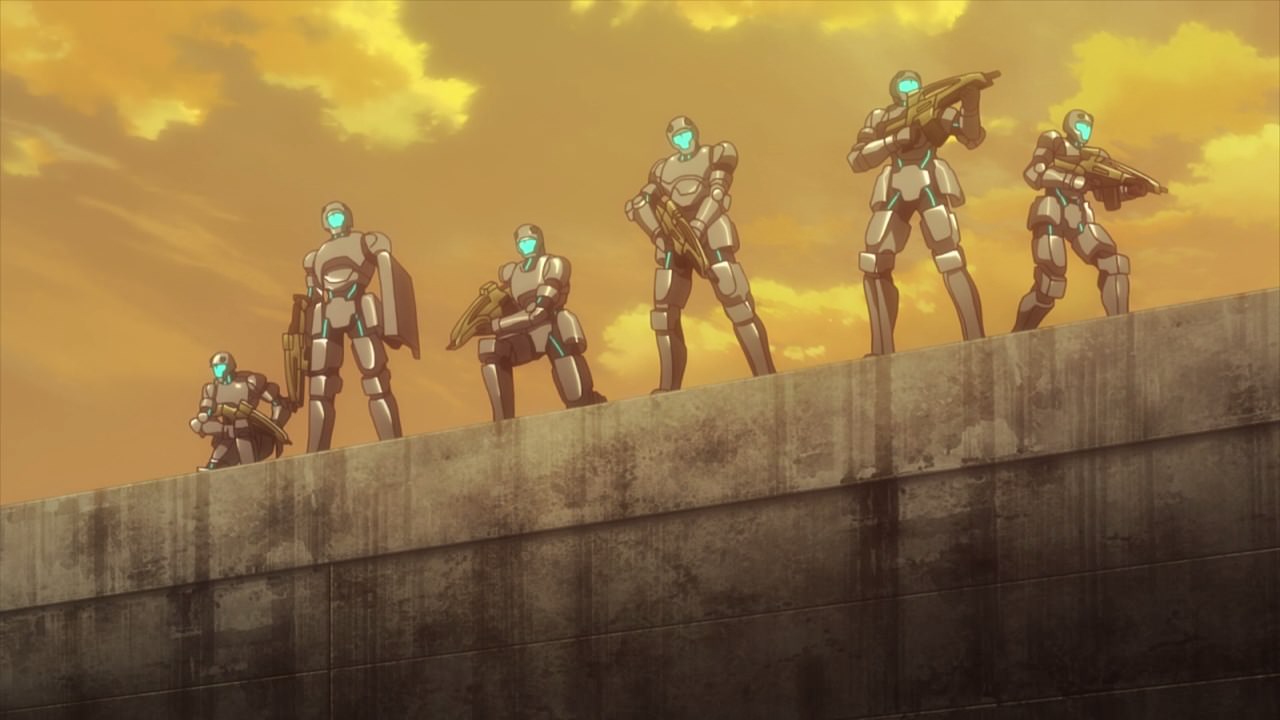 Now then, the 2nd Squad Jam tournament is nearing its end as there are a few teams left standing, including T-S who are heavily-armed but they’re riding on bicycles.

Of course, I wonder if this is the team that’ll win Squad Jam? 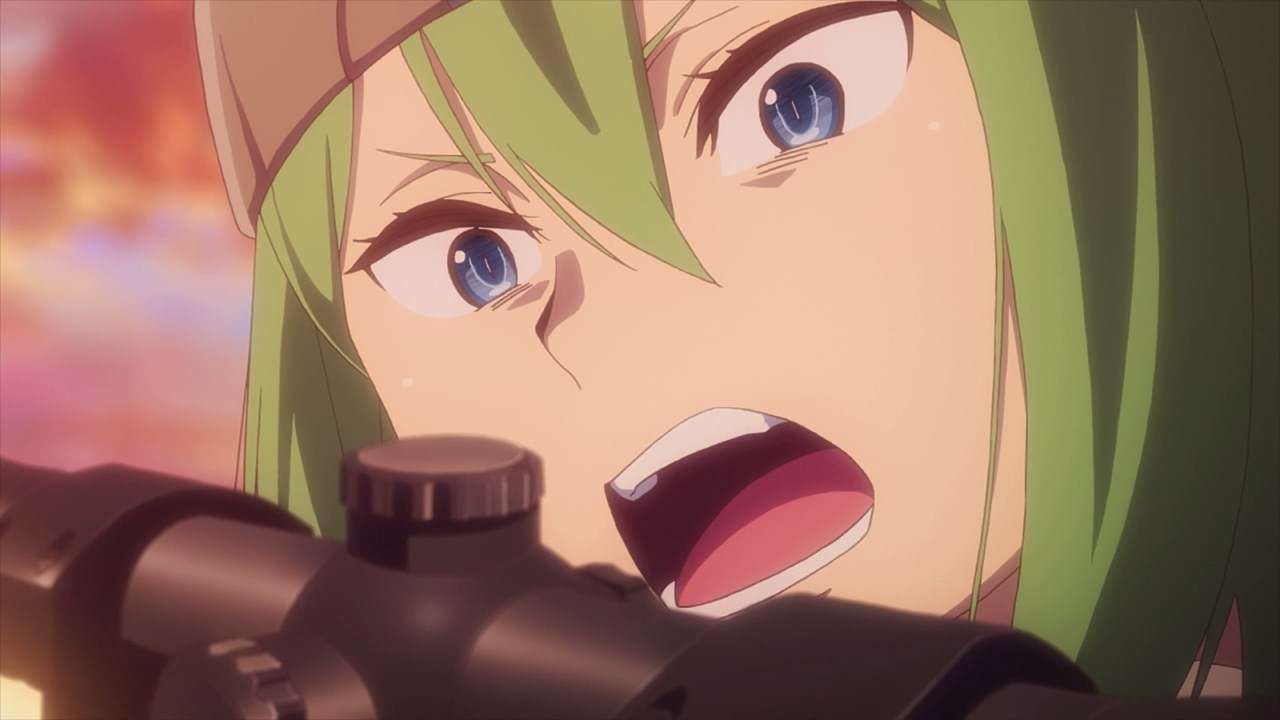 The other team that has a chance of winning is KKHC where it has Shirley. Sadly, she’s the only surviving member on this tournament… 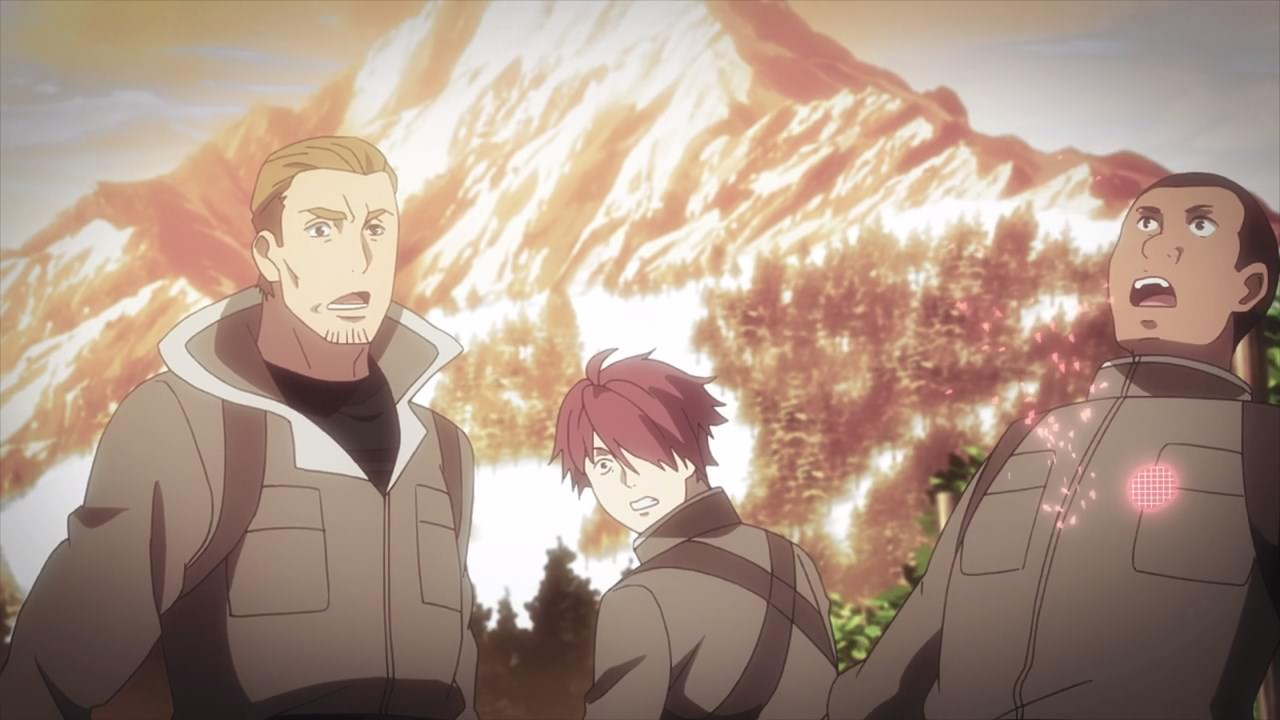 …as her teammates from Hokkaido are wiped out. Who’s responsible for double-crossing them? 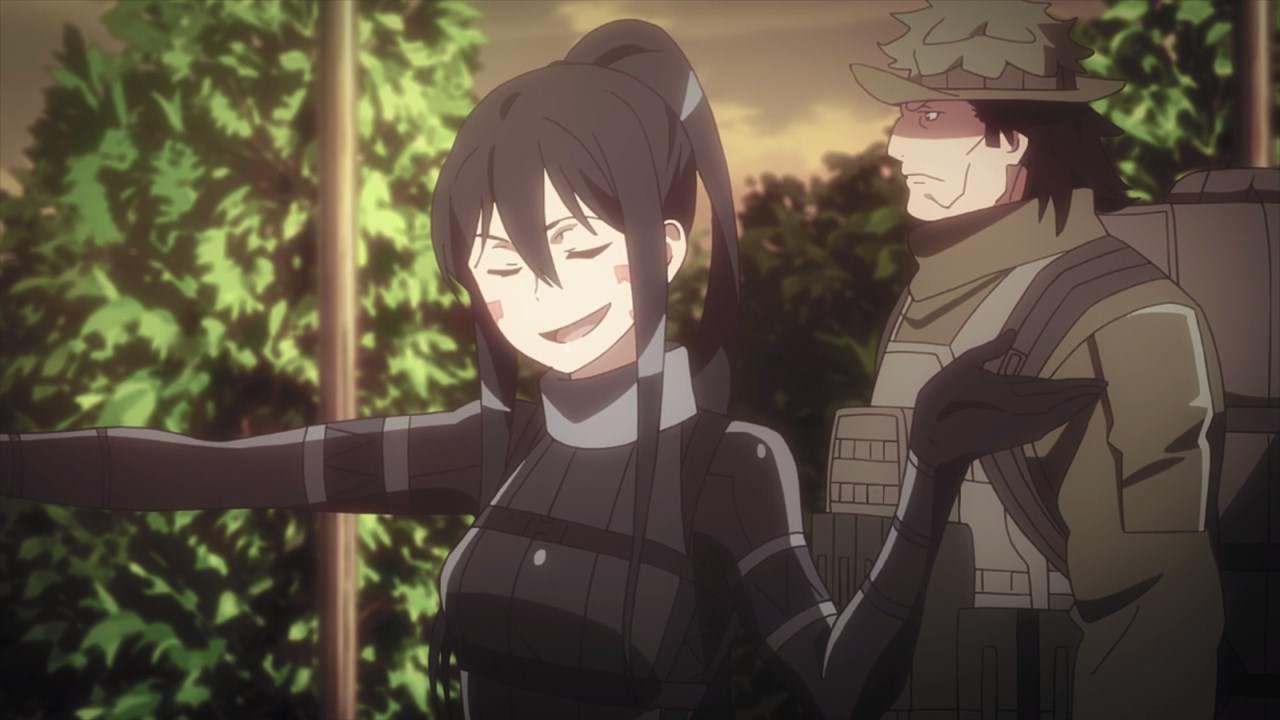 Why it’s none other than Pitohui and her team-mates, although Pito shoot Shirley’s pals by herself.

In any case, looks like Shirley wants to kill Pitohui to avenge her teammates’ death! 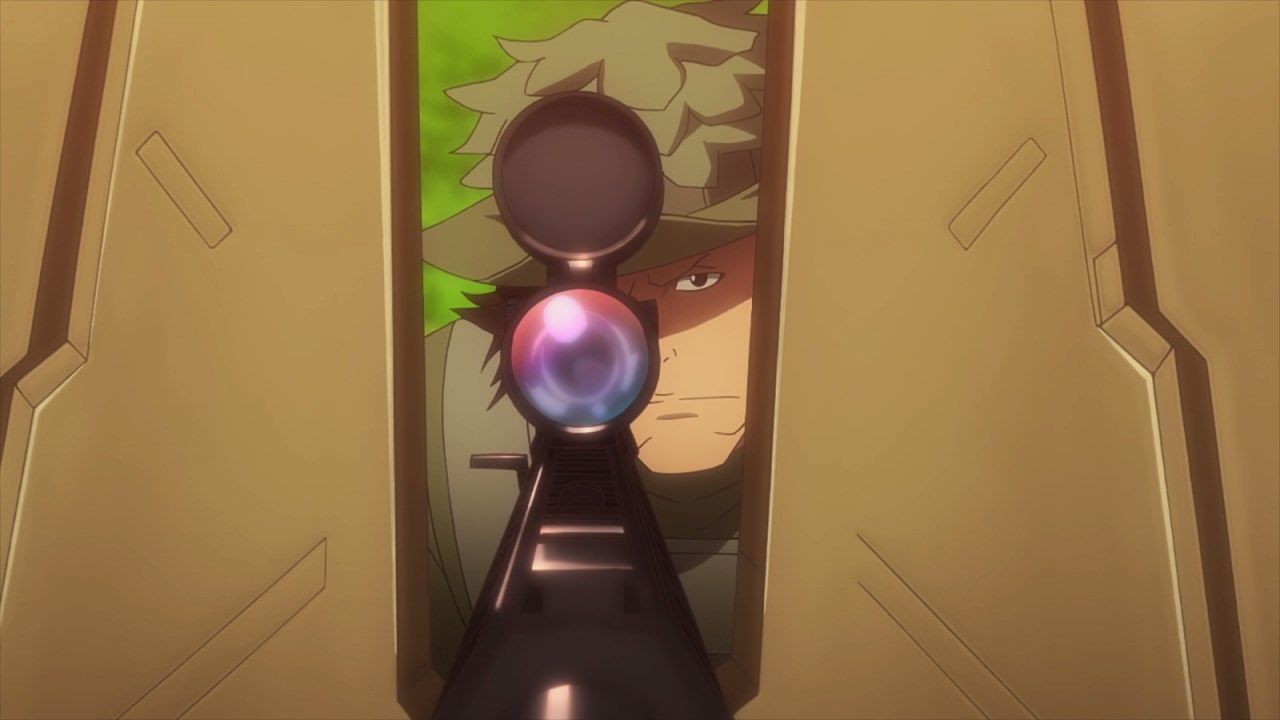 Now let’s go back to PM4 as M deploys his trusty portable barrier to shoot everyone using a Barrett M107A1 anti-material rifle. So, who’ll be M’s target? 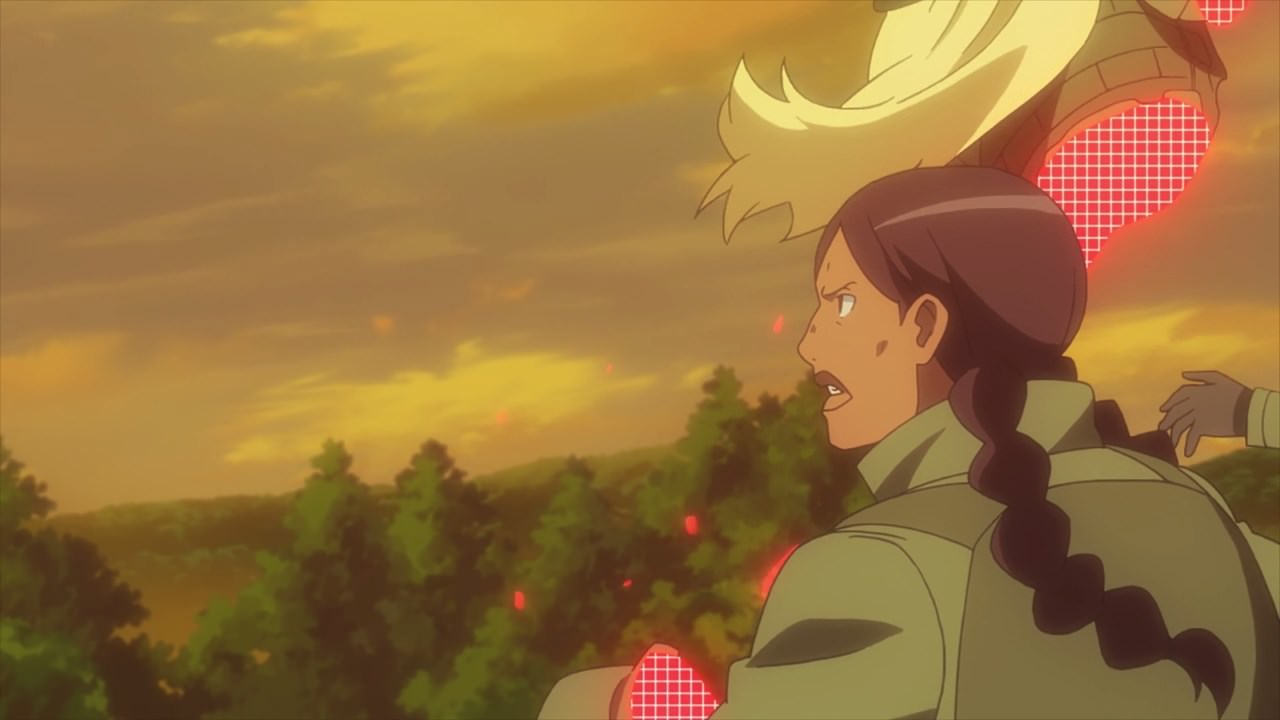 Well, it’s SHINC as M got his kill when he sniped Anna from afar. I must say that the .50 Browning round will cut your body in half!

So, what will Eva and her teammates do on this sticky situation? 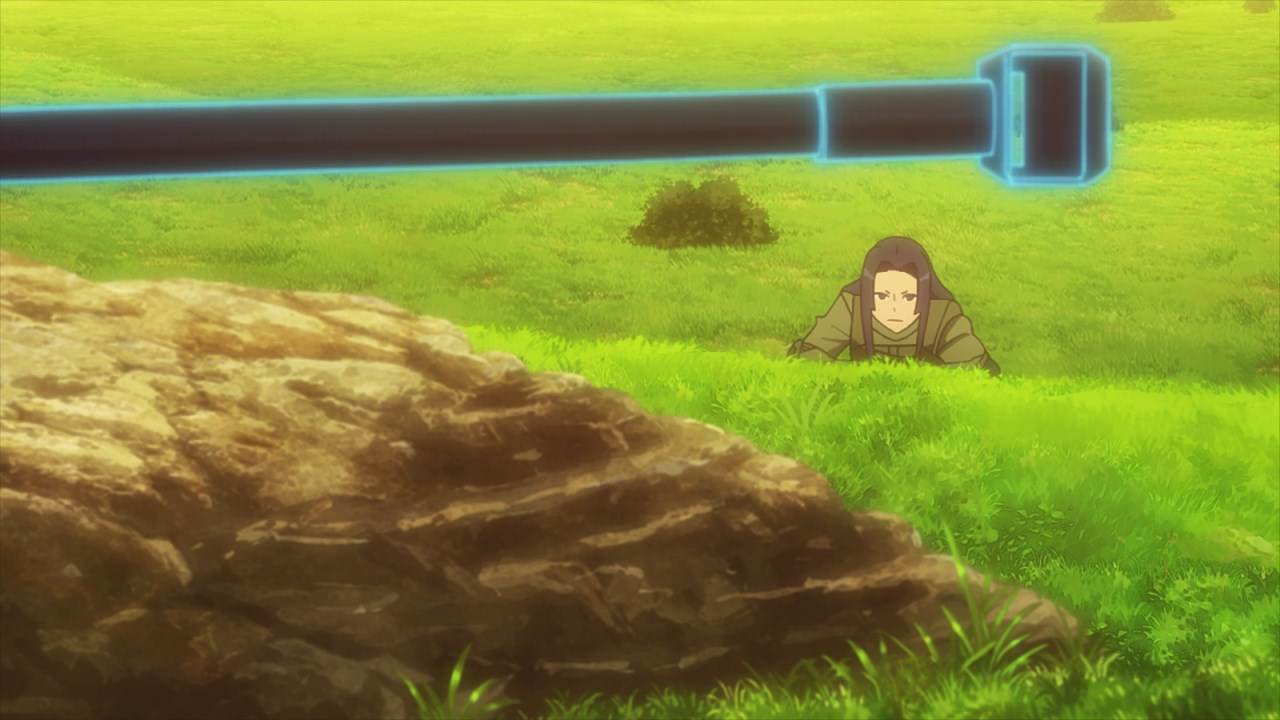 Well, if M wants to bring out the big guns, SHINC will do it too as they brought an anti-material rifle to use as recommended by Sinon.

Still, this anti-material rifle is very unwieldy when firing prone. 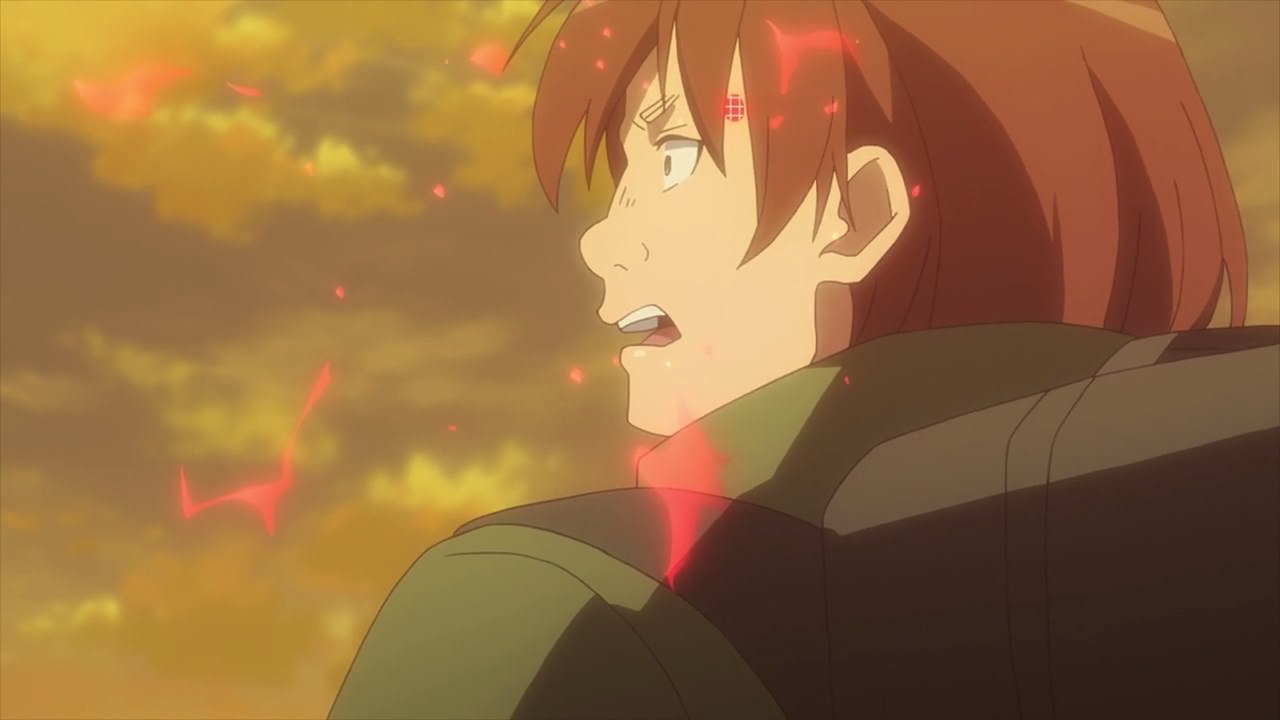 Also, one of Eva’s teammates named Sophie got shot in the head. While I found it idiotic that she exposed herself against M and his pals, I wonder if this is part of SHINC’s plan? 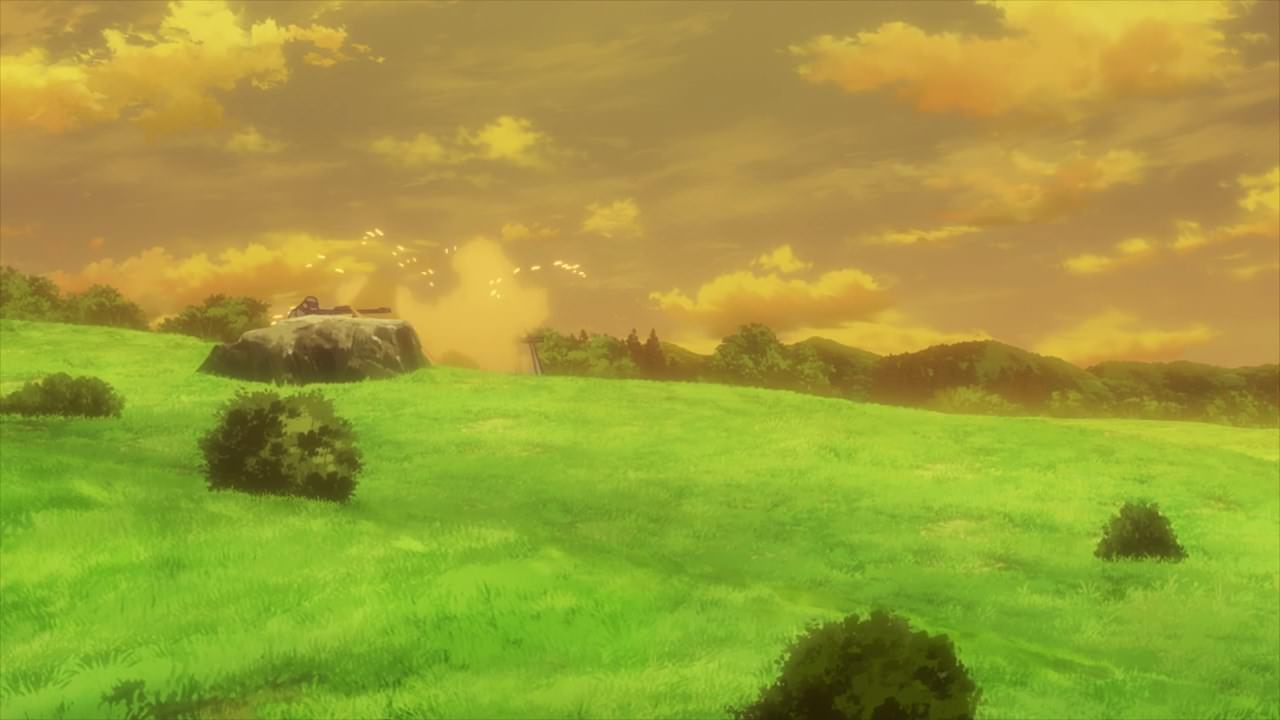 Now then, let’s go back into action as PM4 were surprised that M’s trusty barrier got a dent thanks to SHINC’s new weapon. 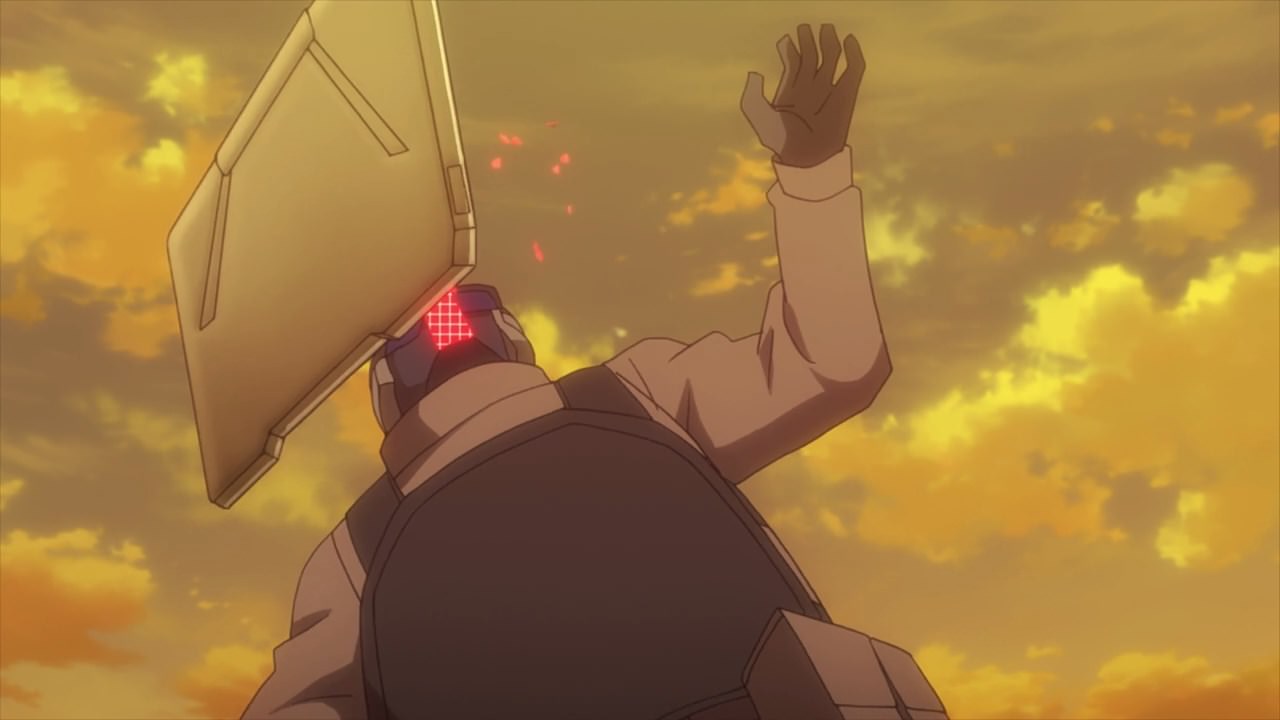 Scratch that, seems that the ladies blown them away that one of M’s teammates got killed by one of the barriers. I must say that in GGO, everything kills you! 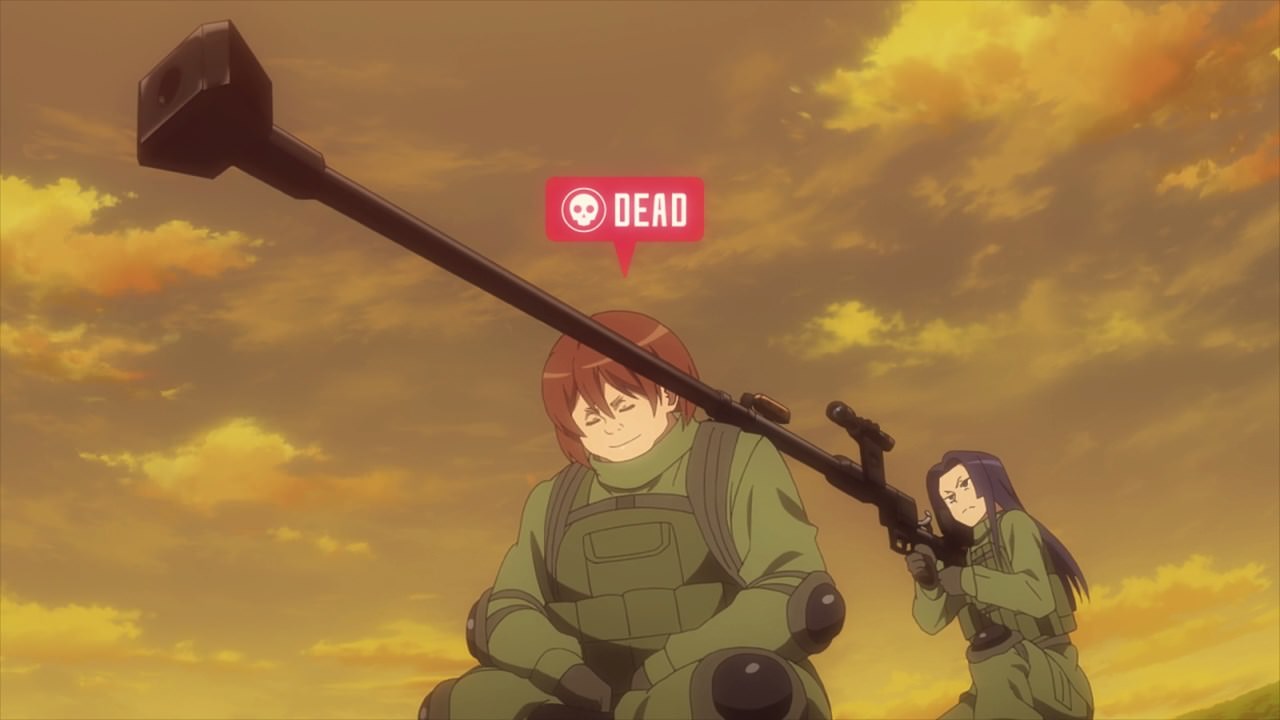 Anyways, it turns out that SHINC brought a PTRD-41 anti-material rifle, firing a bigger 14.5×114mm cartridge which is perfect for putting a bigger dent against M’s rifle.

Of course, this Degtyaryov Anti-Tank Rifle has a bigger recoil that someone needs to shoulder it. That’s why Sophie volunteered herself to become a pedestal for 10 minutes because firing it prone would dislocate someone’s shoulder. 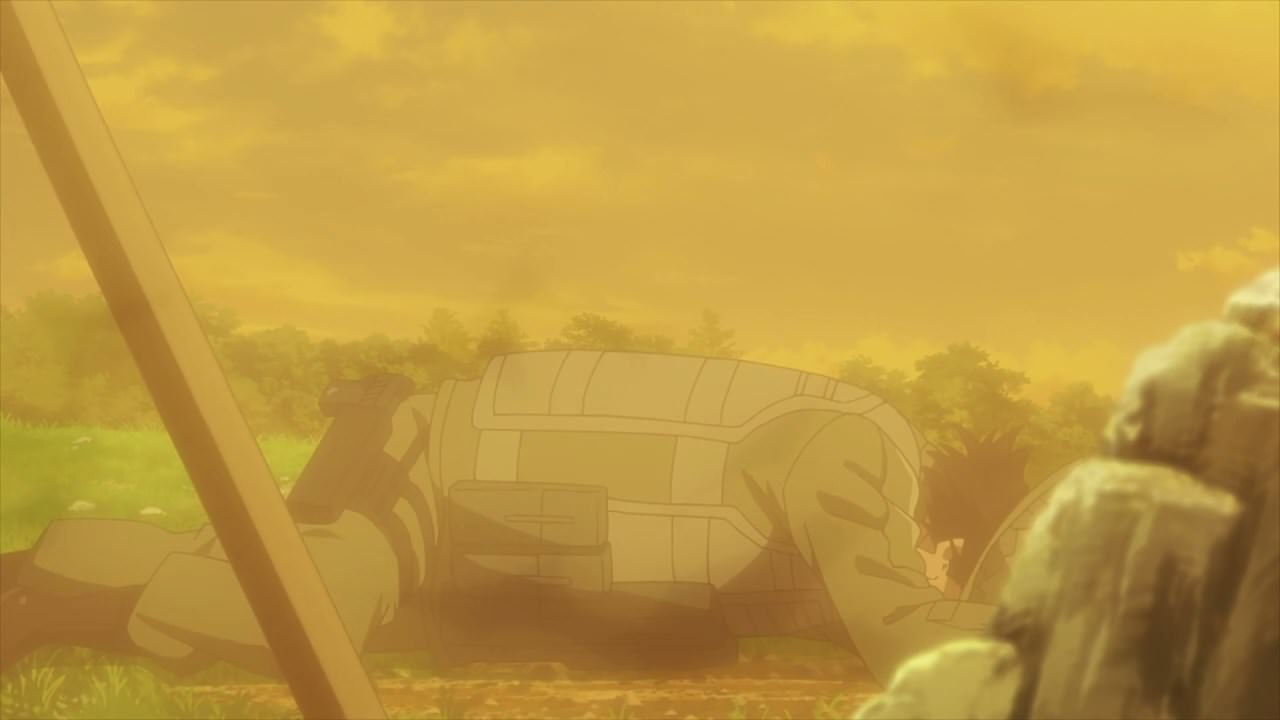 As for M, looks like he’ll have to make a retreat as not only his barrier got busted, but his Barrett anti-material rifle got destroyed. At this point, PM4 are sitting ducks! 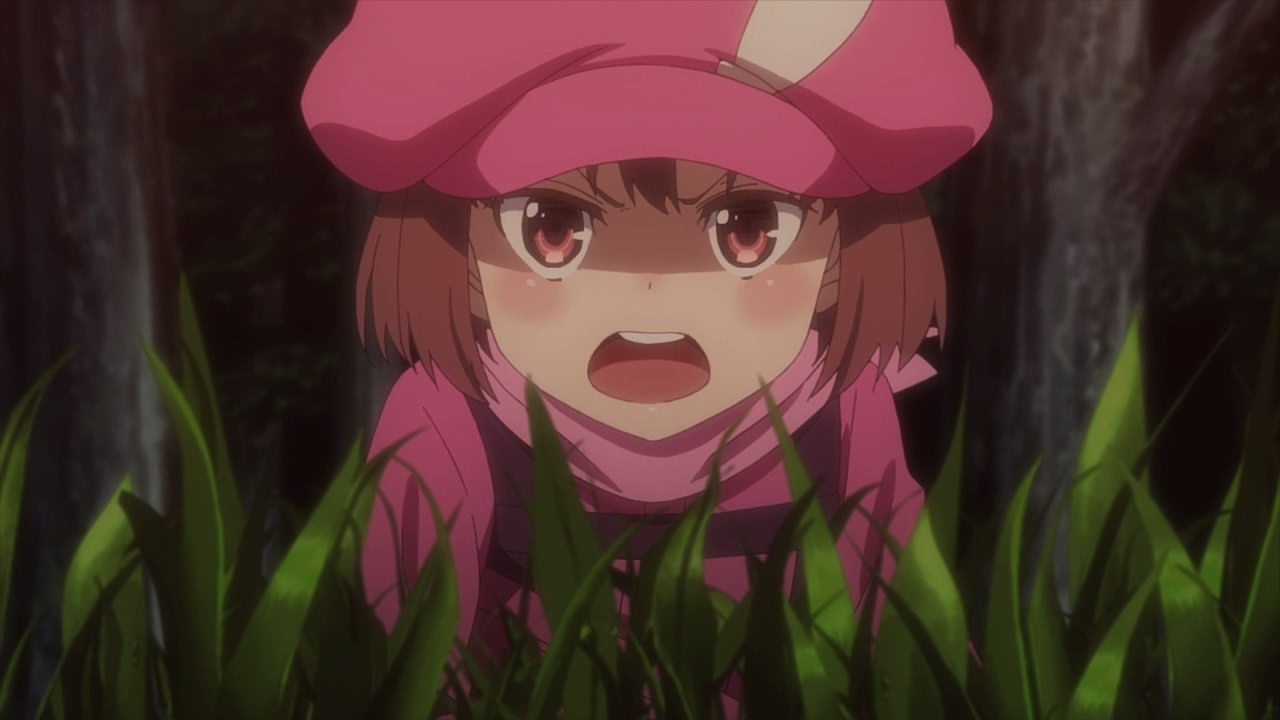 But that’s what LLENN and Fukaziroh is aiming for as they’ll go in for the kill, although LLENN will have to eliminate Pitohui by herself. 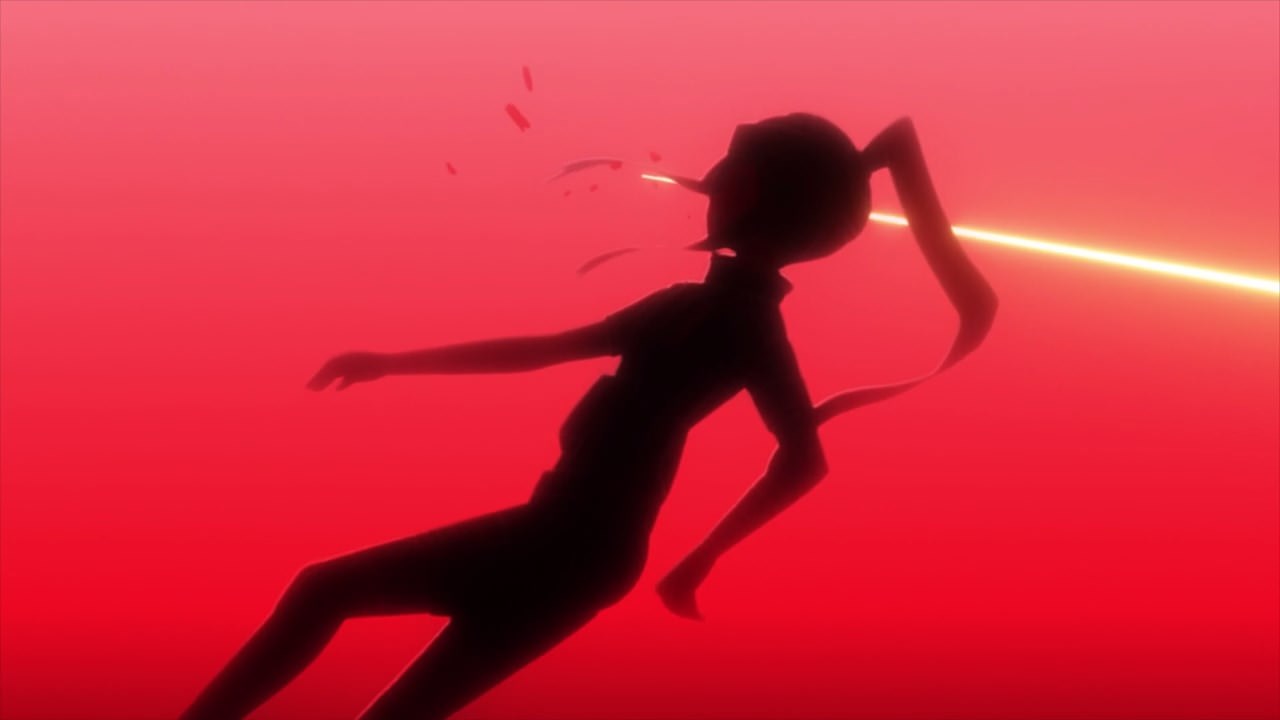 Unfortunately, seems that Pito got sniped in the head as LLENN is about to kill her. Damn, who’s that player who wants to steal LLENN’s target? 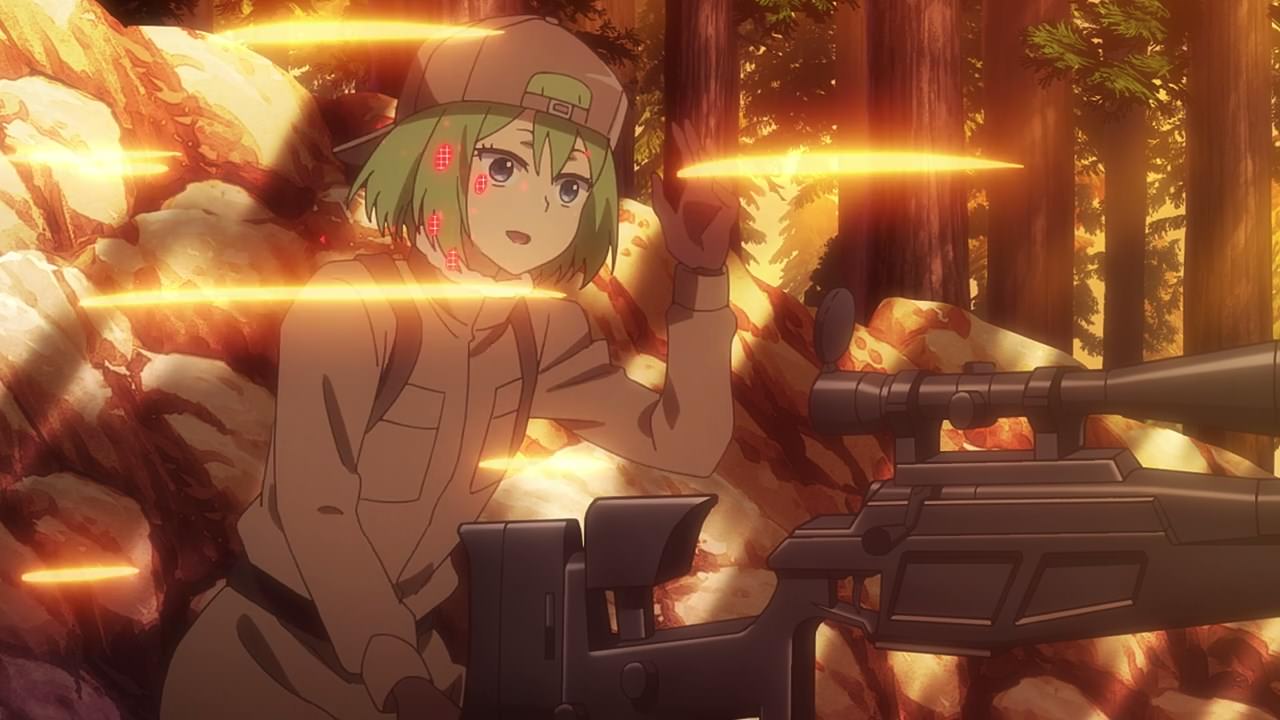 Why it’s none other than Shirley as used line-less shooting to put a bullet towards Pitohui’s head. Sadly, she didn’t last long… 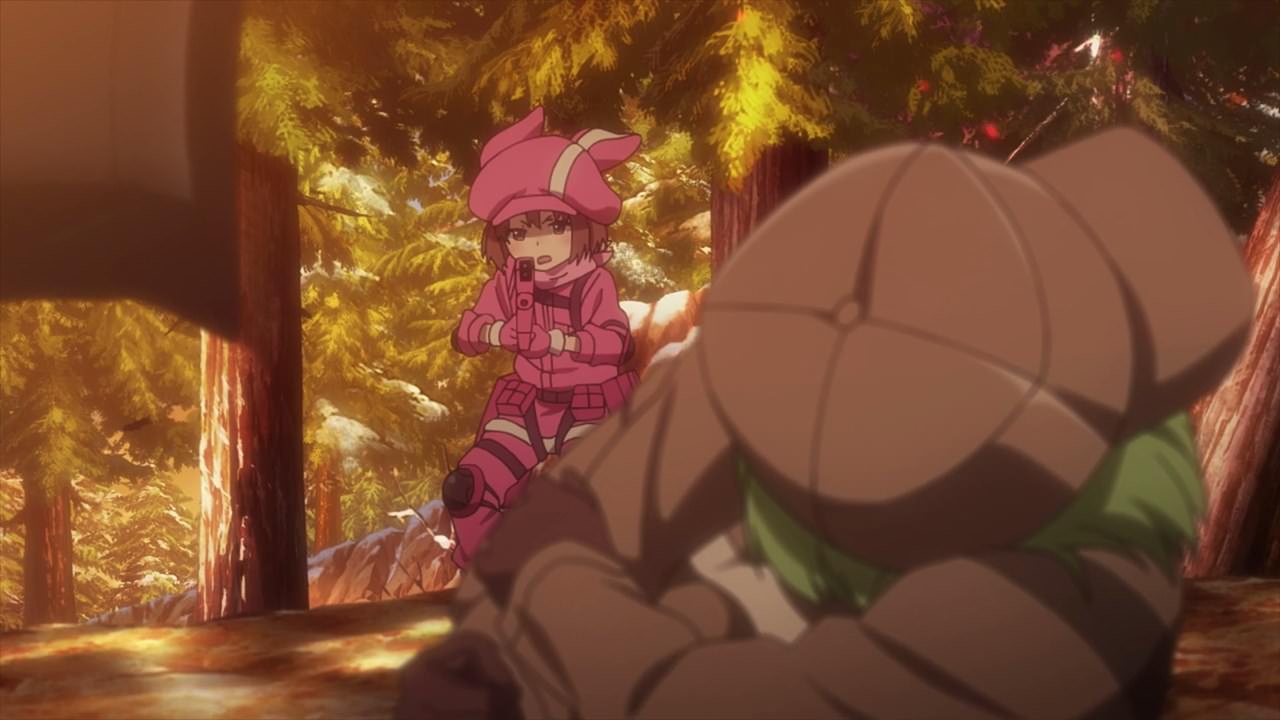 …as LLENN decimated Shirley with her trusty P-Chan. Well, that’s what happens when someone wants to steal the Pink Devil’s kill! 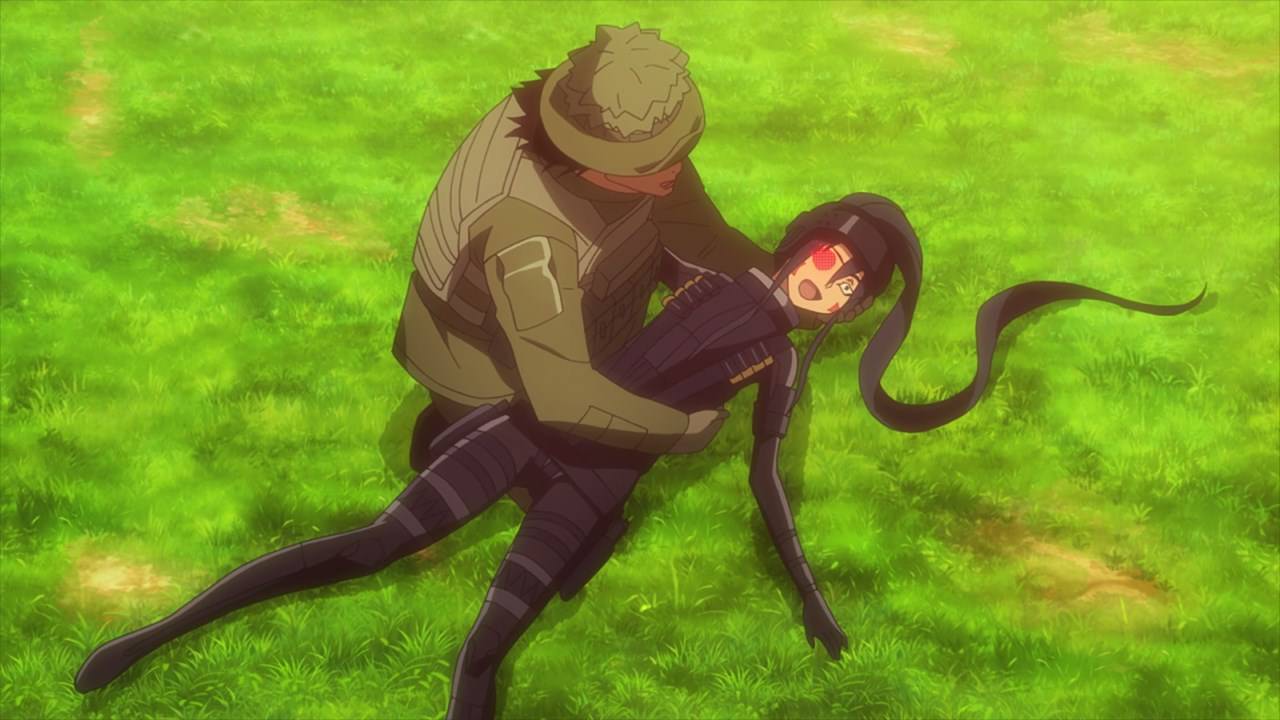 Meanwhile, seems that Pitohui is barely alive as M managed to use a medkit towards the leader of PM4. Strangely enough, Pito seems to enjoy being on the brink of death and I have a feeling that the player controlling Pitohui is wearing a Nervegear.

With that said, PM4 will need to regroup should they want to win the 2nd Squad Jam tournament, although LLENN wanted to kill Pitohui by herself. Then again, I feel that it won’t be a case. 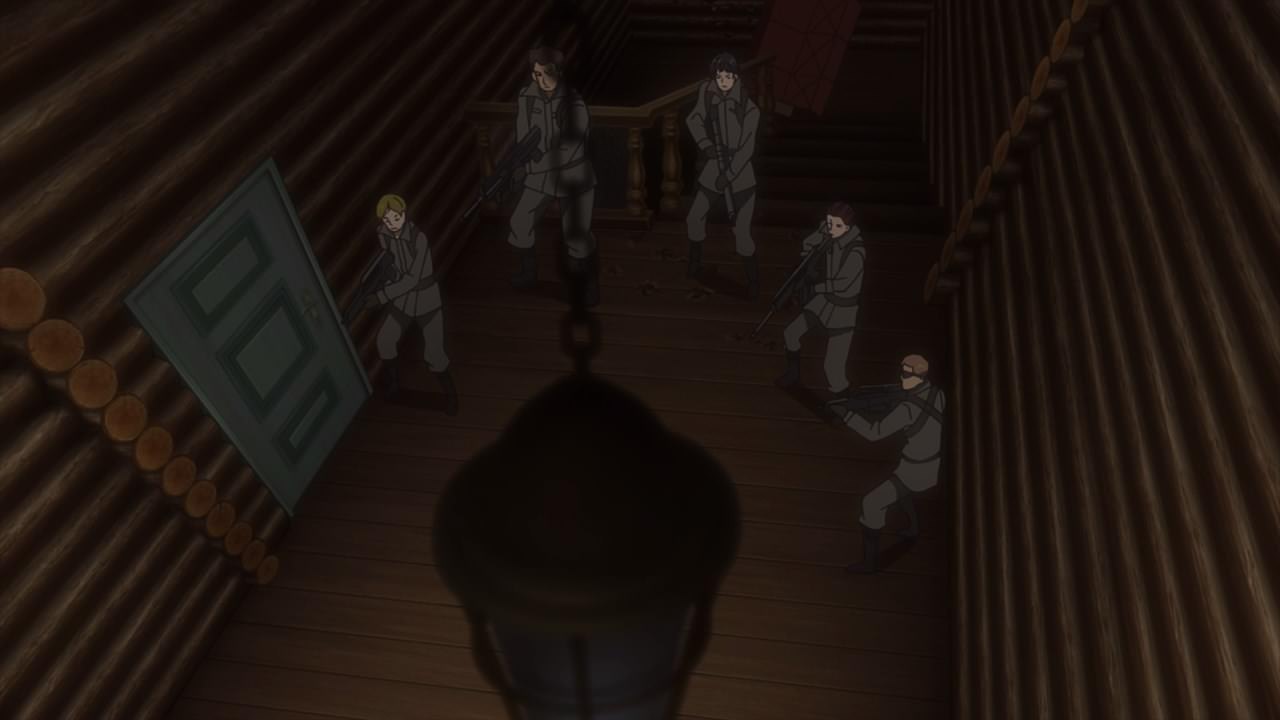 Oh, and to make matters worse, here’s Memento Mori as they’re here to kill PM4 by themselves since they’re at the brink of elimination. 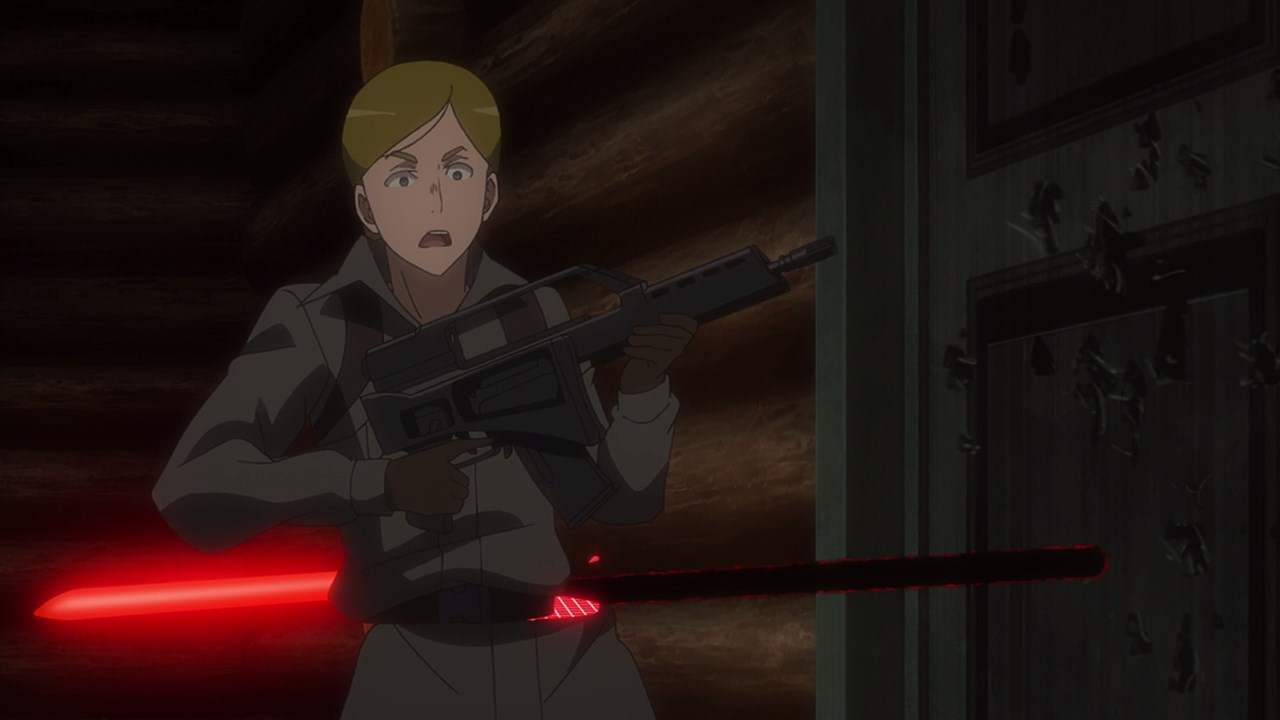 However, seems that they’re the ones that’ll get eliminated as David’s teammates got cut and slashed by a red-colored photon sword. 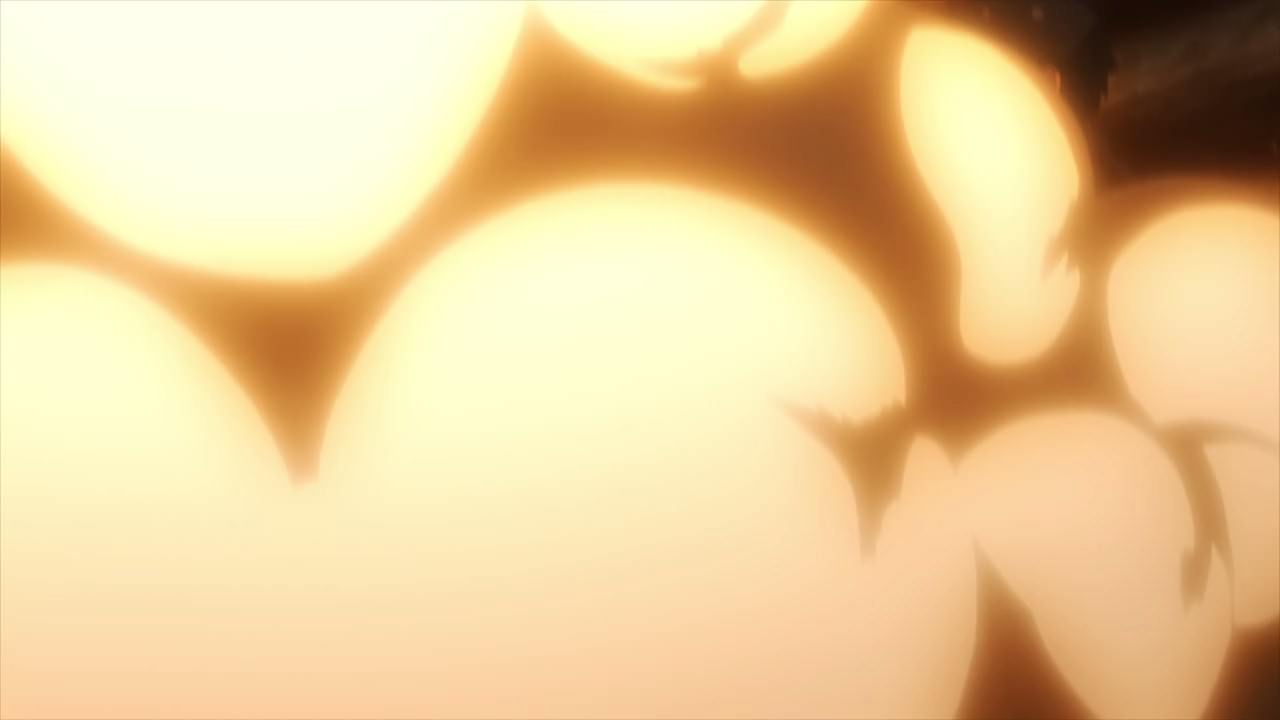 Oh, and they got blown by a plasma grenade too for good measure. Oh boy, I have a bad feeling about this! 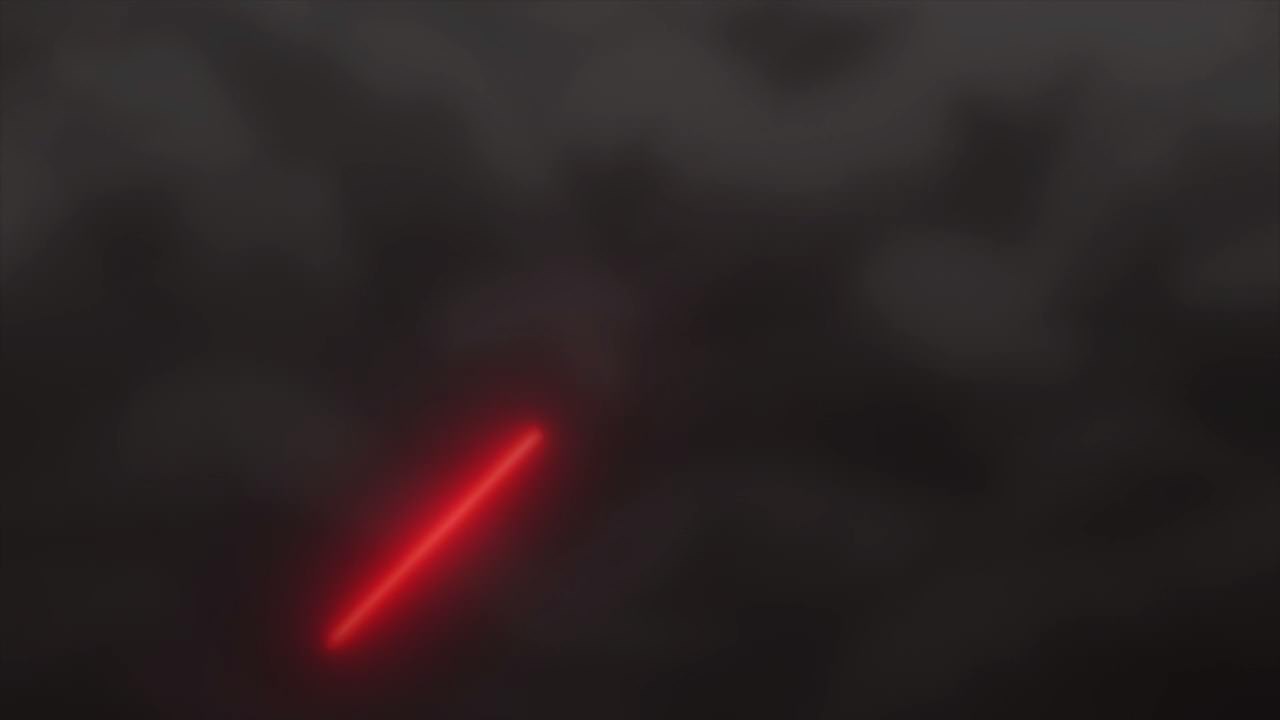 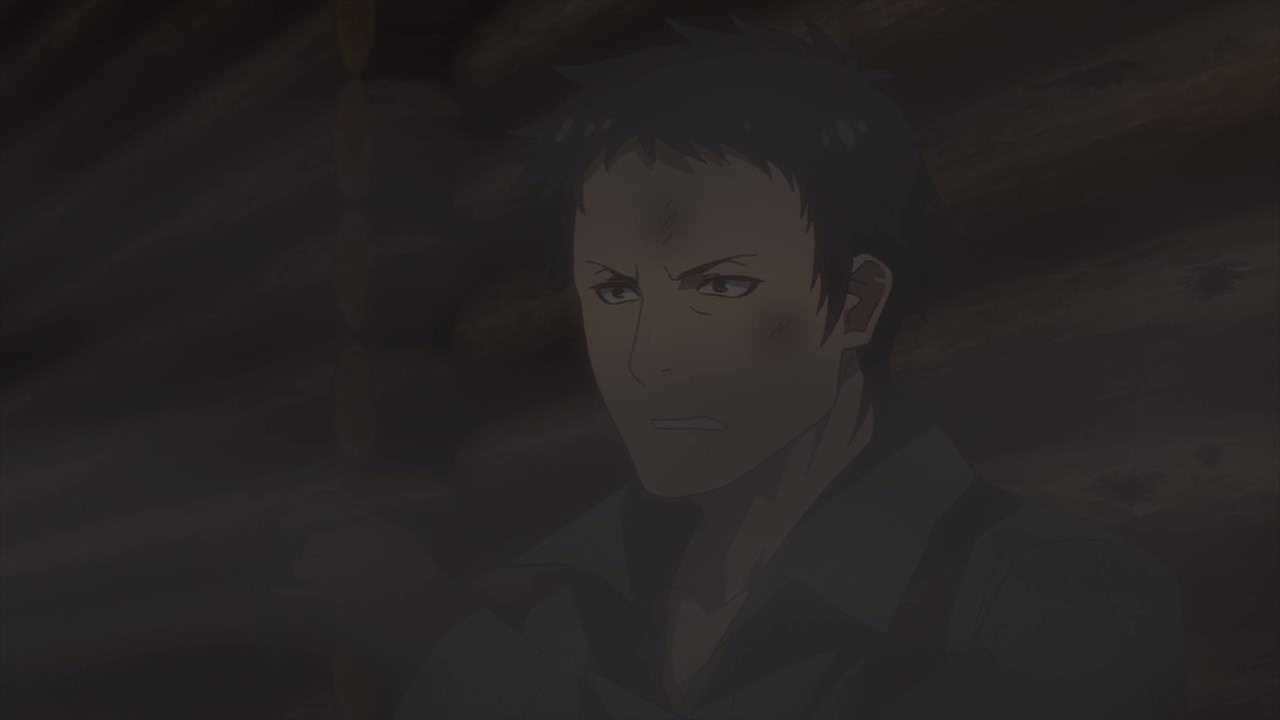 Anyways, looks like David will encounter the surviving member of PM4, and I must say that it’s oozing some Darth Vader vibes when Pitohui is wielding a photon sword.

Of course, will she survive for an eventual duel against LLENN? I mean, the Pink Devil wants to save Pito by killing her in GGO. 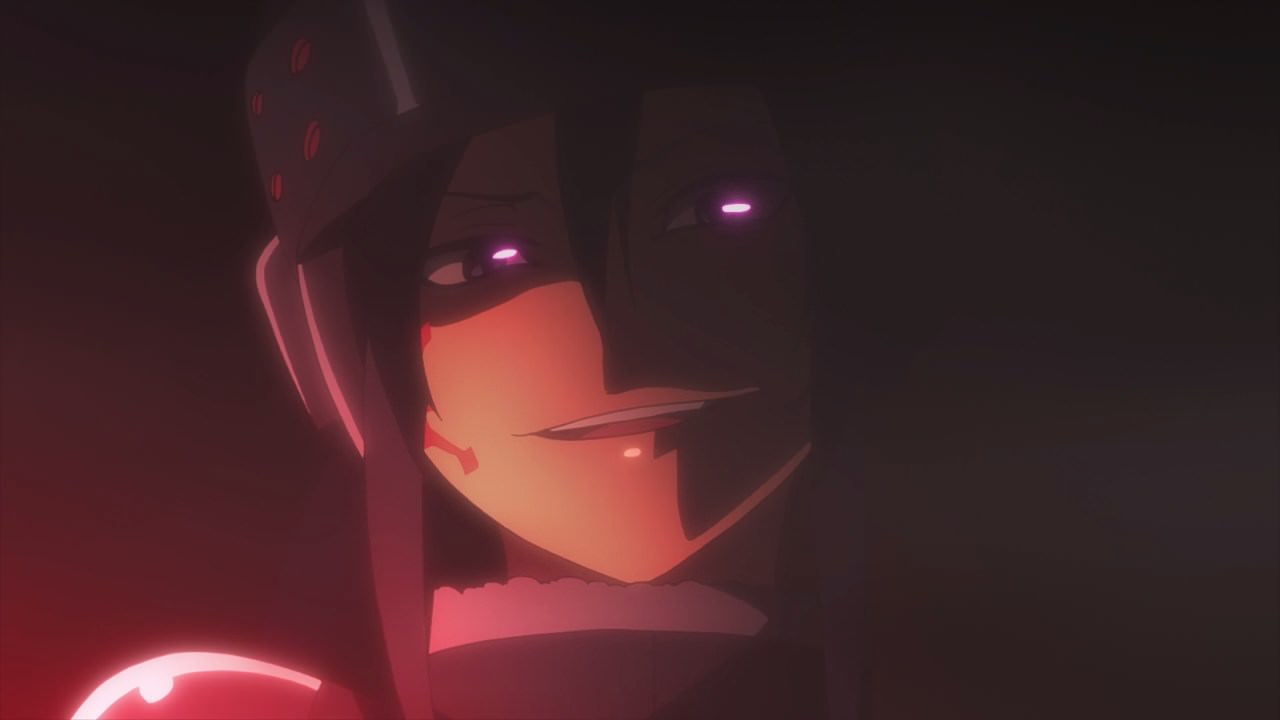 In any case, I’ll see you next time as the 2nd Squad Jam tournament is reaching its conclusion. Which team reigns supreme in Gun Gale Online?