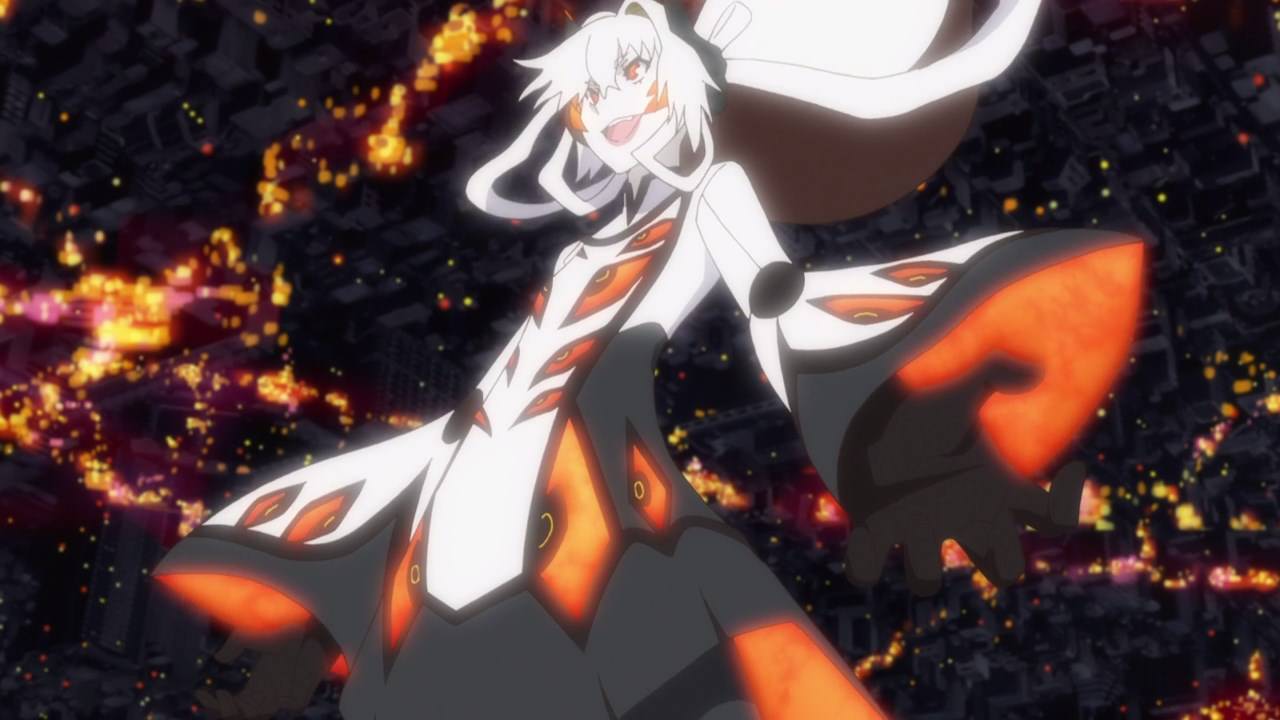 Well everyone, it appears that Princess Tagitsu will achieve victory over humanity as the boundary between the real world and the netherworld is about to blur into nothingness.

Should the netherworld clashed with the real world, it’ll be over! 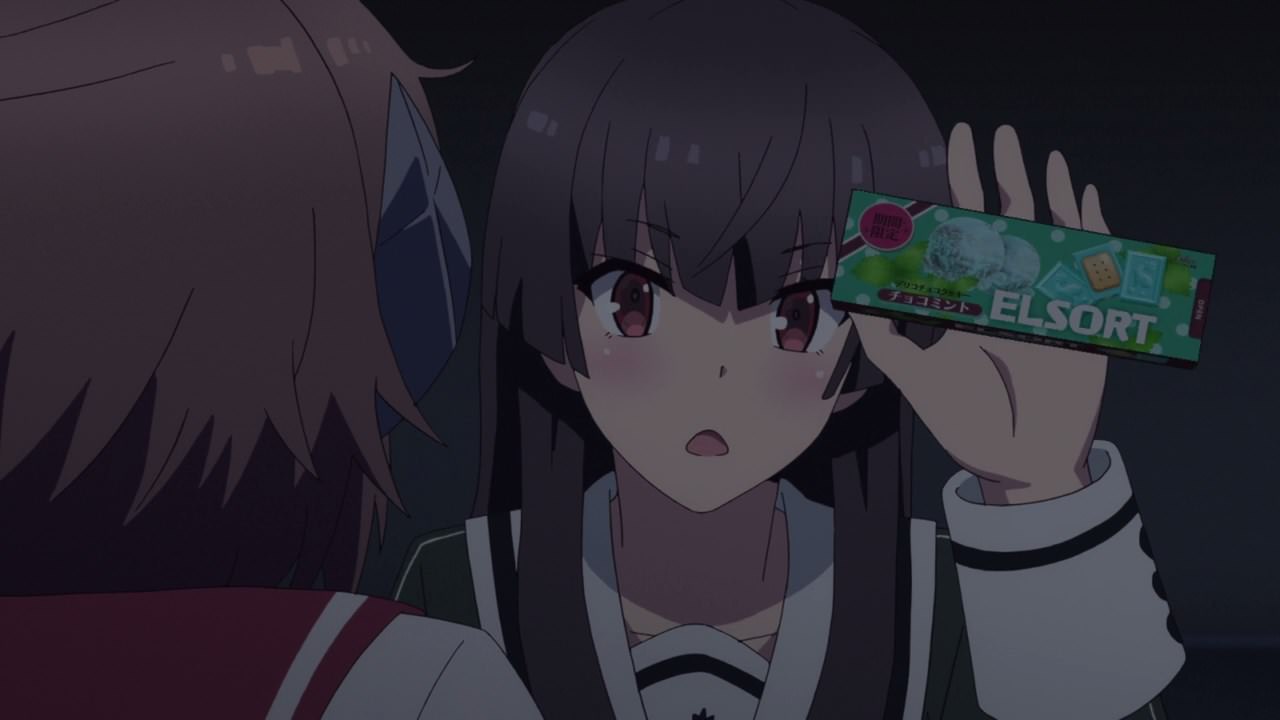 With that said, the remaining toji are currently taking a rest after rescuing Hiyori Juujou and speaking of Hiyori, looks like she’ll have a break as she got some mint chocolate cookies!

C’mon, she loves mint chocolate even though most of the girls tasted like toothpaste. 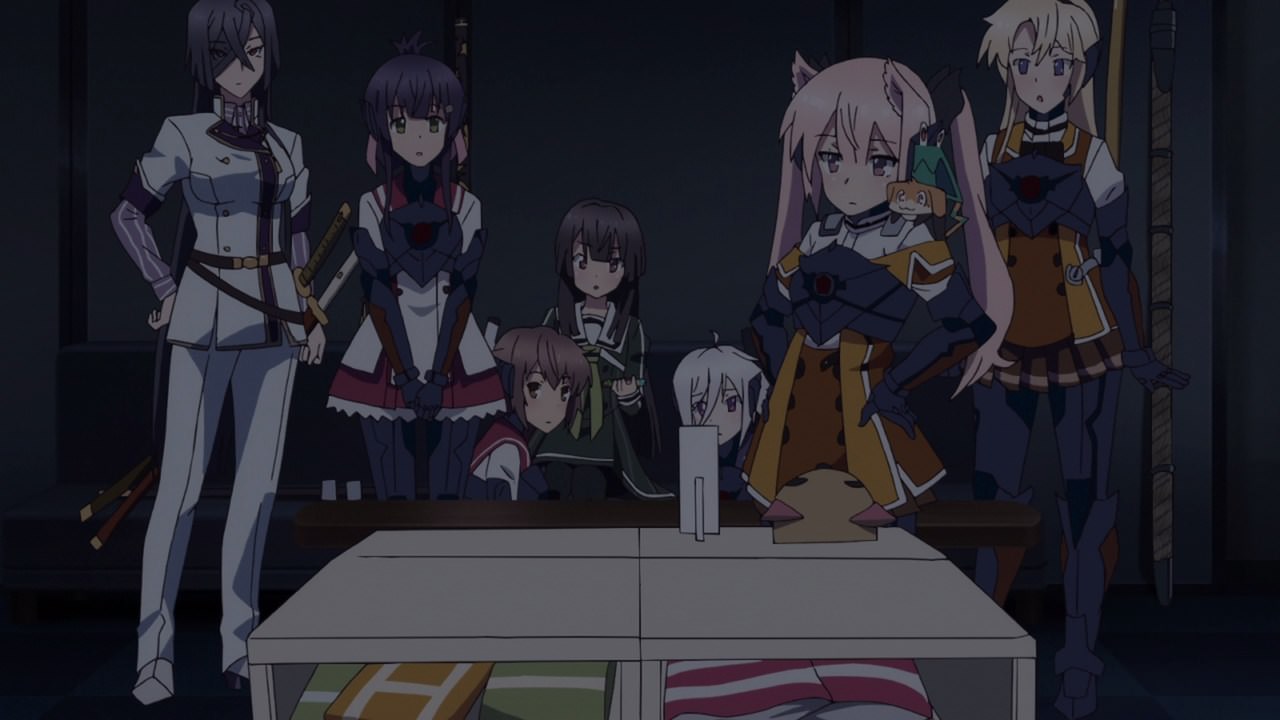 Of course, it turns out that she didn’t get it legitimately as Kaoru Mashiko told Hiyori that she stole the cookies from this cabinet full of snacks.

Well, it’s just a one-time occurrence and Yukari Origami will pay it later once the crisis is over. For now, they need to recharge for the upcoming battle! 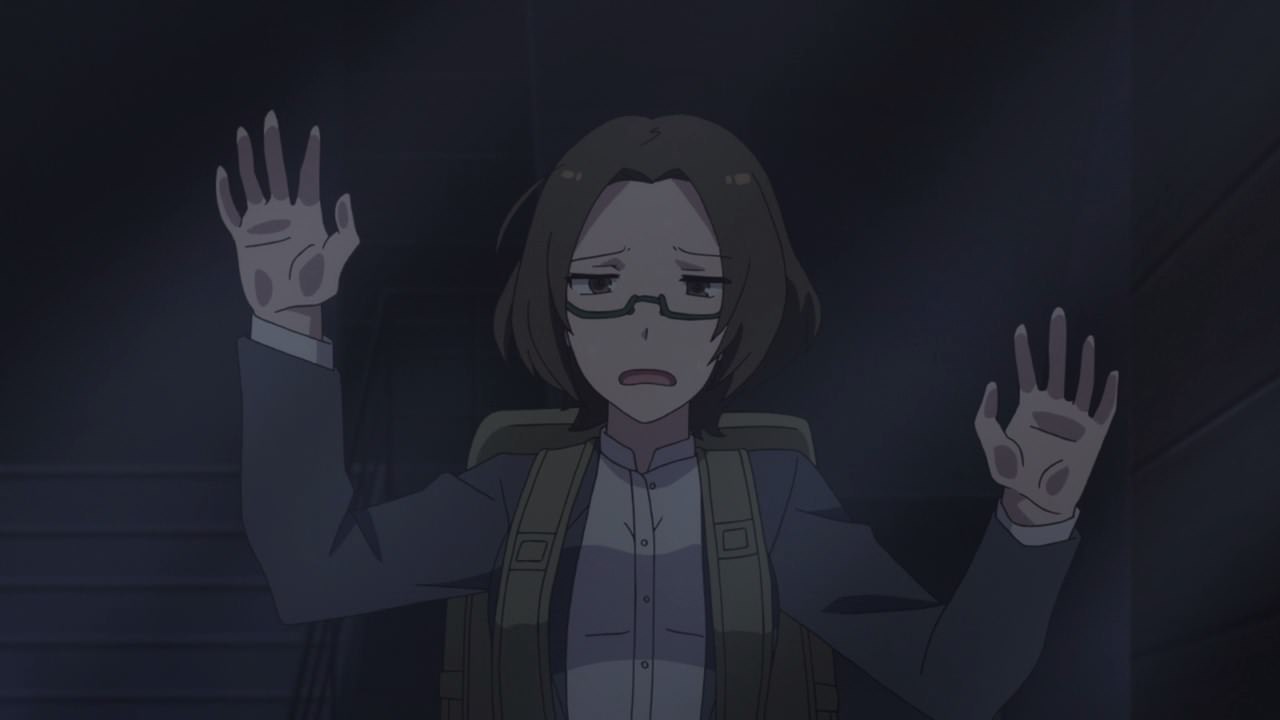 And speaking of recharge, Rui Onda brought some battery packs on foot. No seriously, Rui-san didn’t use the elevator to bring the batteries to Kanami and her friends.

Man, I have to say that even though she’s not a toji anymore, Rui Onda got a leg day after climbing the stairs! 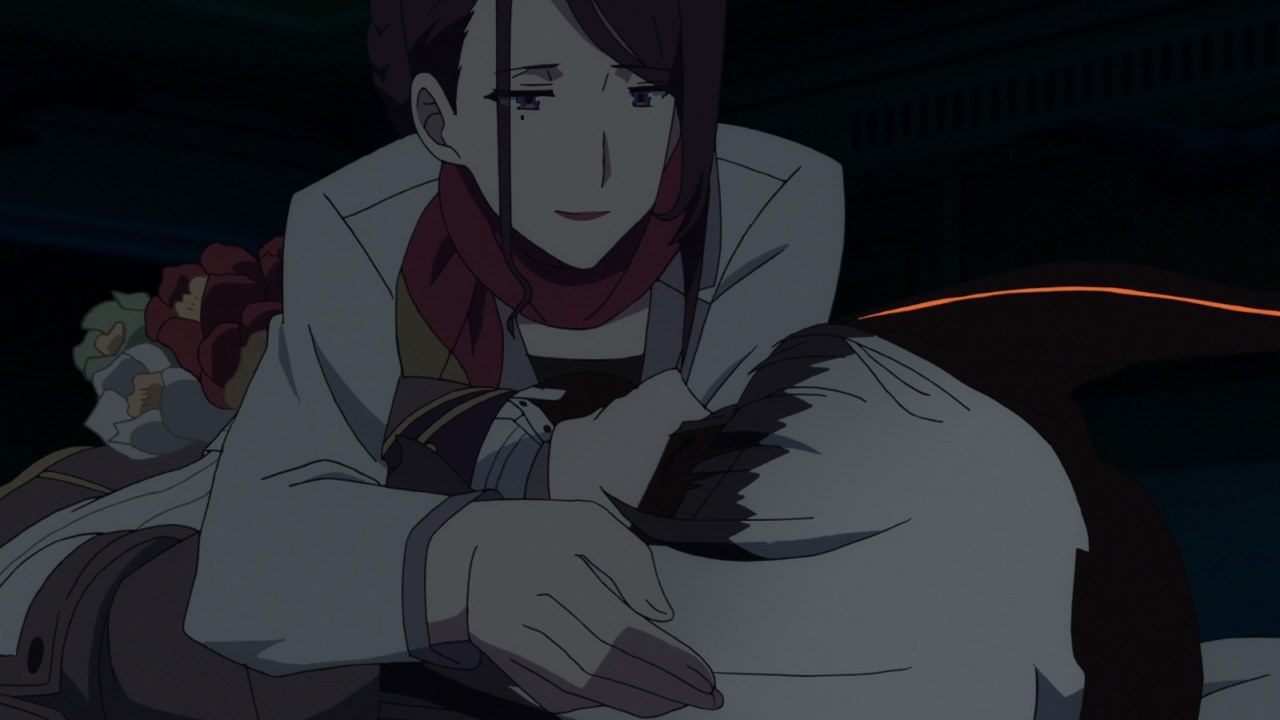 Meanwhile, here’s Yukina Takatsu as she’s having a funeral for Yomi Satsuki, who is confirmed as dead after sacrificing her life to save Yukina-san.

But you know what, as much as I want Takatsu killed by the aratama, I don’t think so! 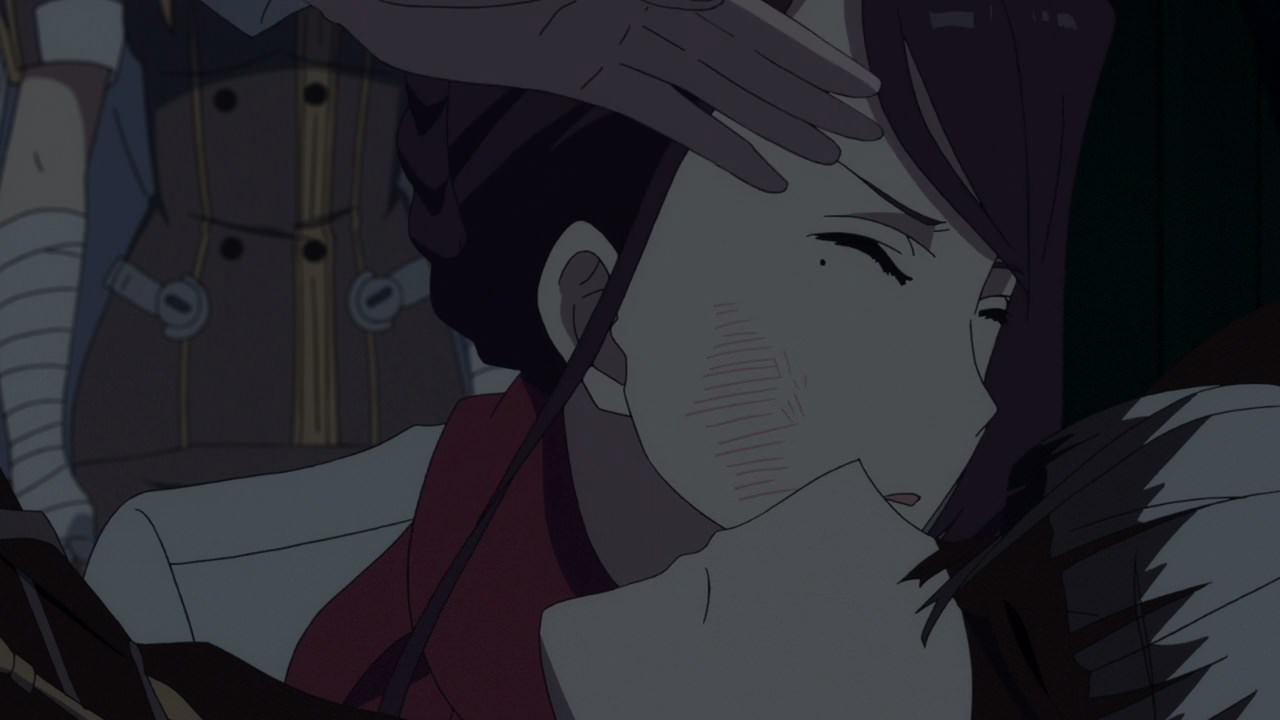 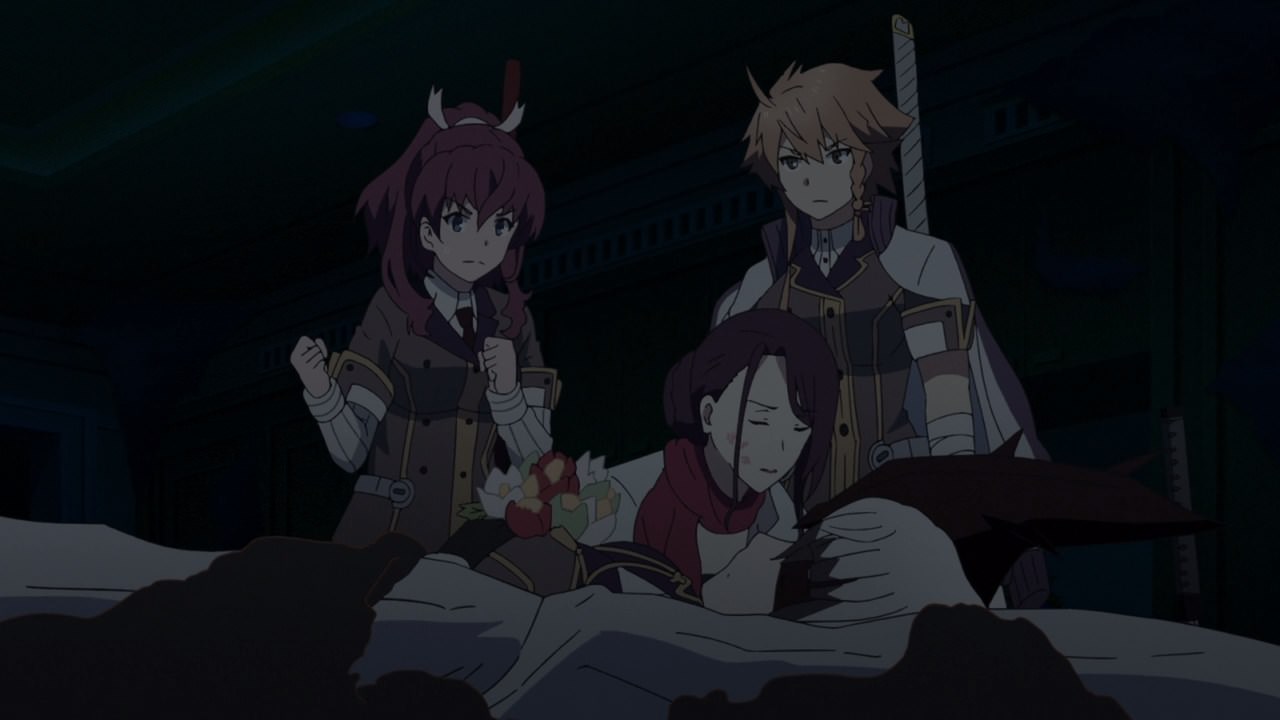 In fact, Suzuka Konohana and Maki Shidou arrived to deliver a bitch slap towards Yukina Takatsu and told her to live for Yomi Satsuki’s sake.

After all, she needs to face her sins like injecting noro to various toji in order to get stronger at the cost of mental instability! 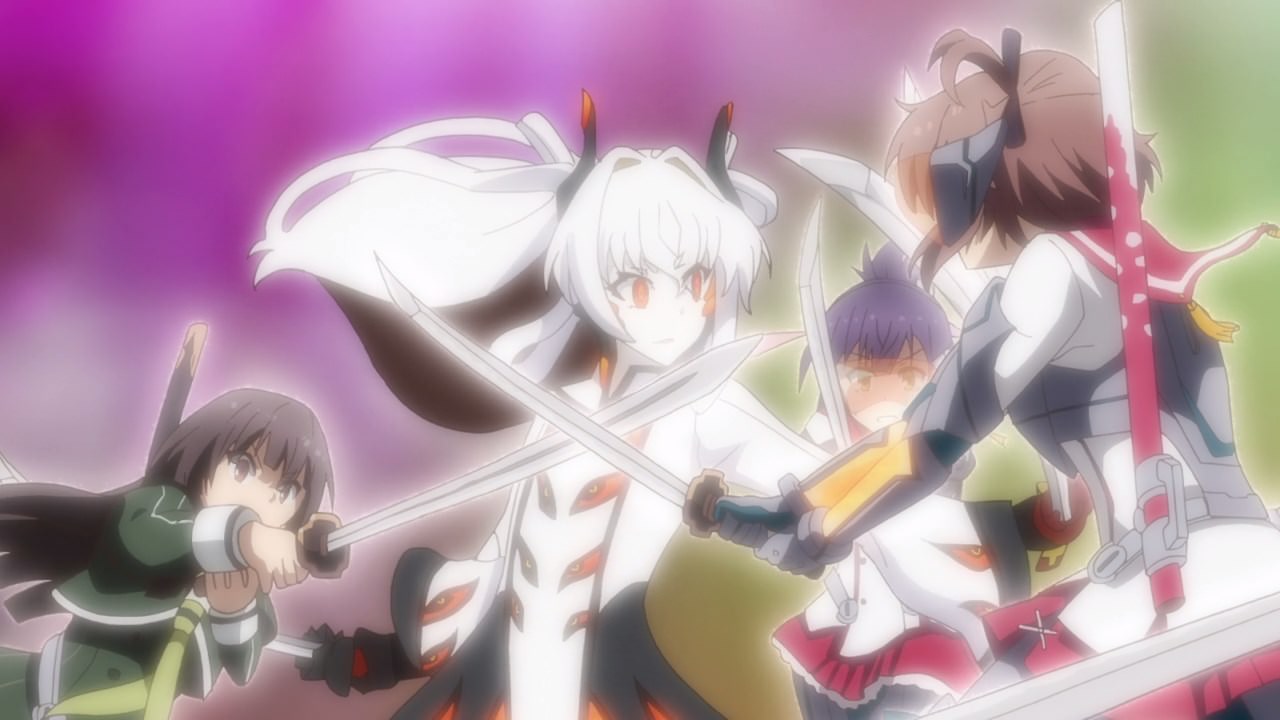 Now then, let’s move onto the final battle as Kanami Etou and her friends are transported into the netherworld and trying to take Princess Tagitsu down. 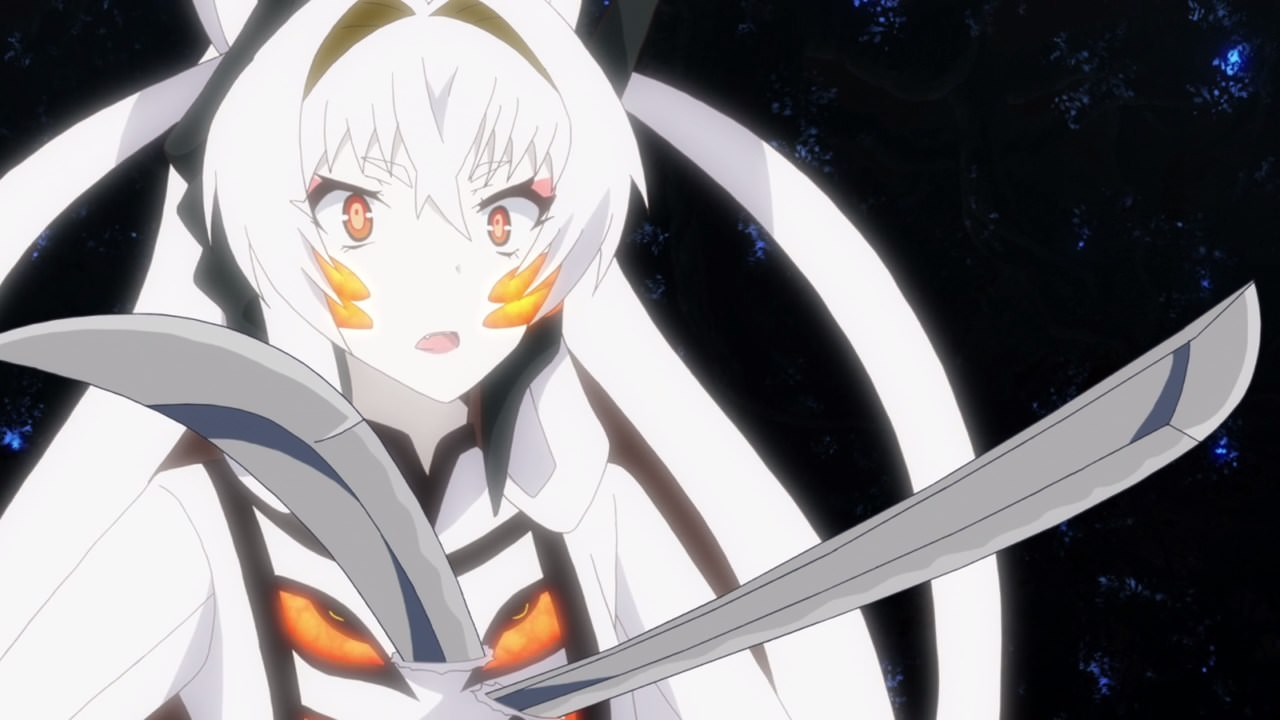 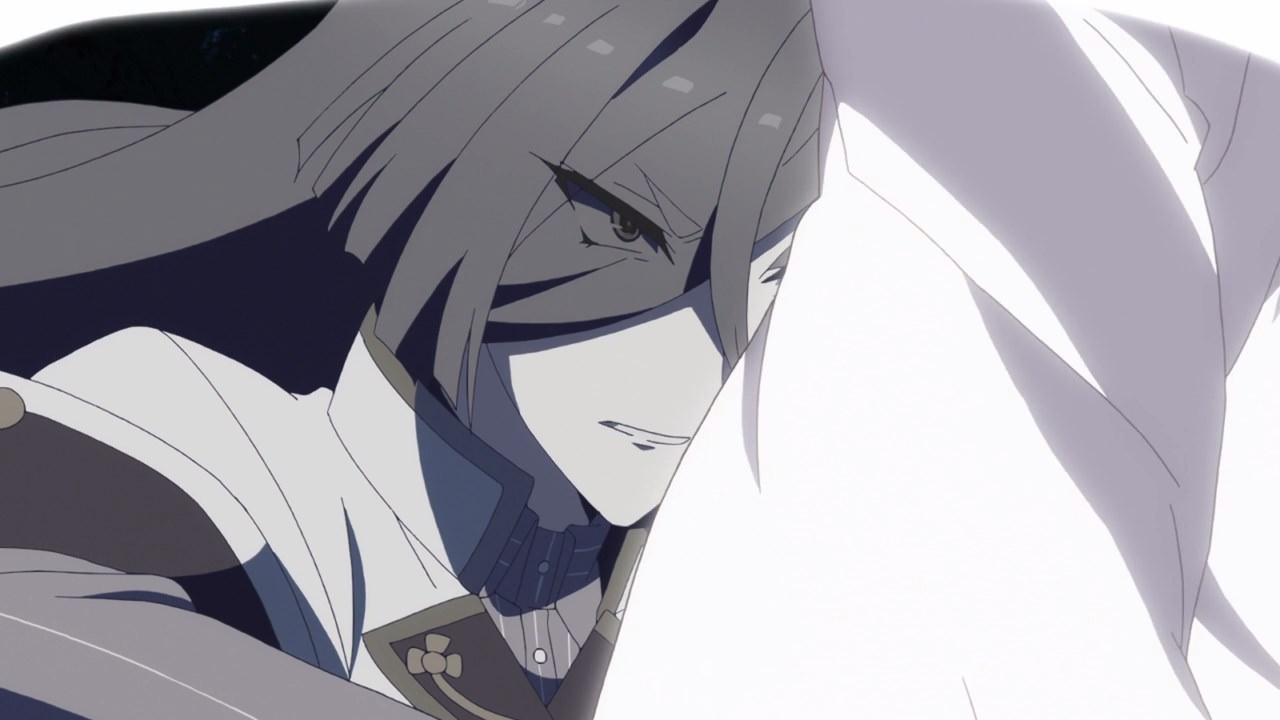 Fortunately, it appears that the princess is not invincible as she got a surprise attack from Yukari Origami.

Then again, Princess Tagitsu told Yukari-sama that her attacks are no use! 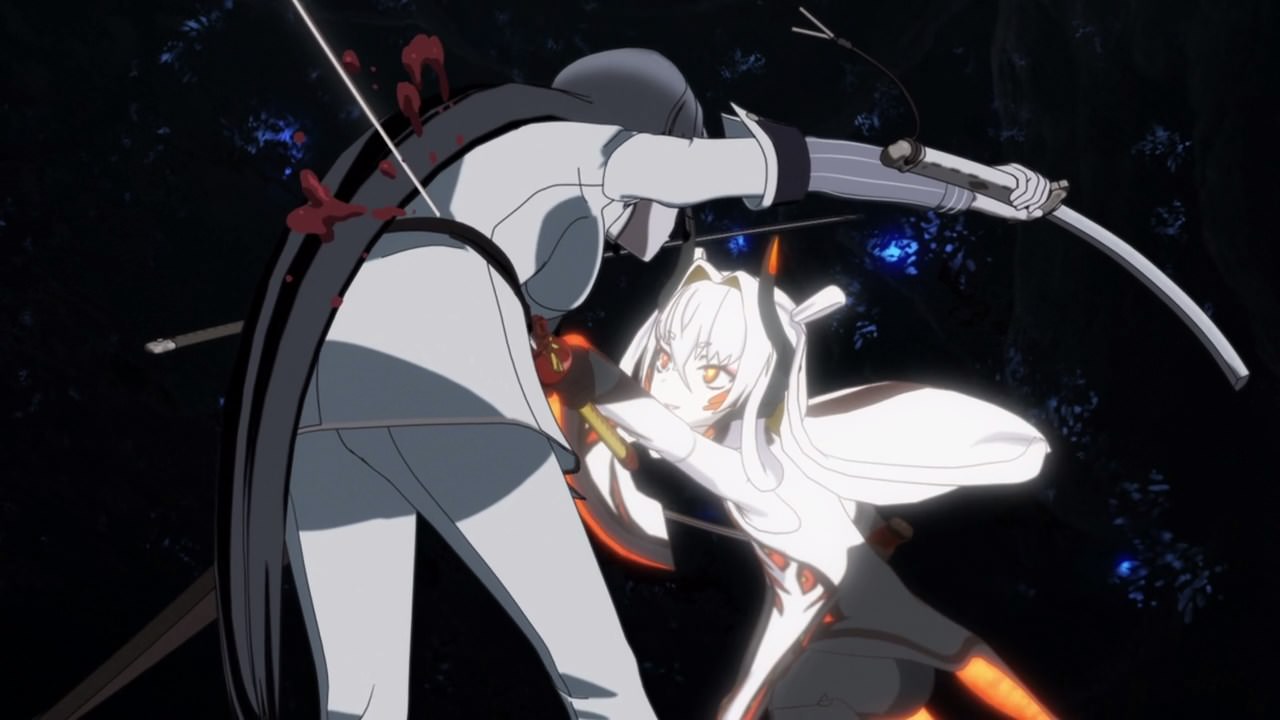 Instead, Yukari Origami got stabbed in the gut. Oh by the way, she doesn’t have her utsushi so it’s gotta hurt for Yukari-sama! 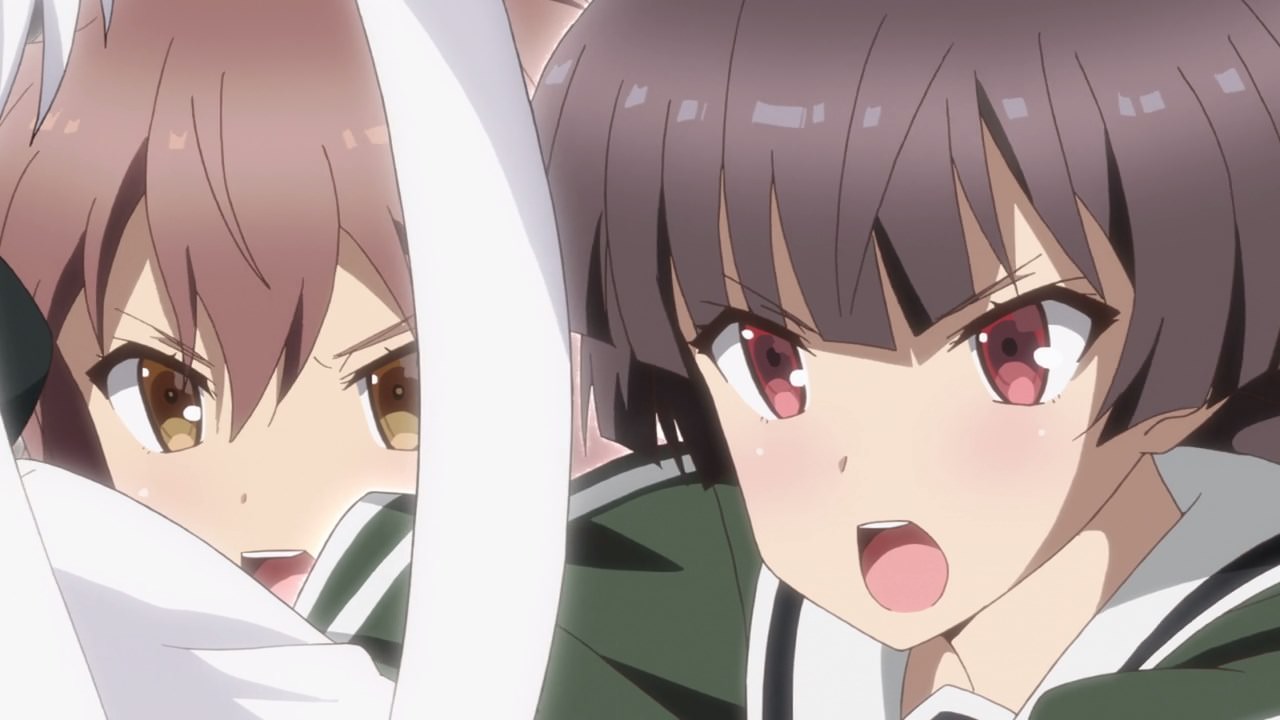 Luckily, Yukari Origami’s work got cut out as both Kanami Etou and Hiyori Juujou combined their powers to defeat Princess Tagitsu once and for all! 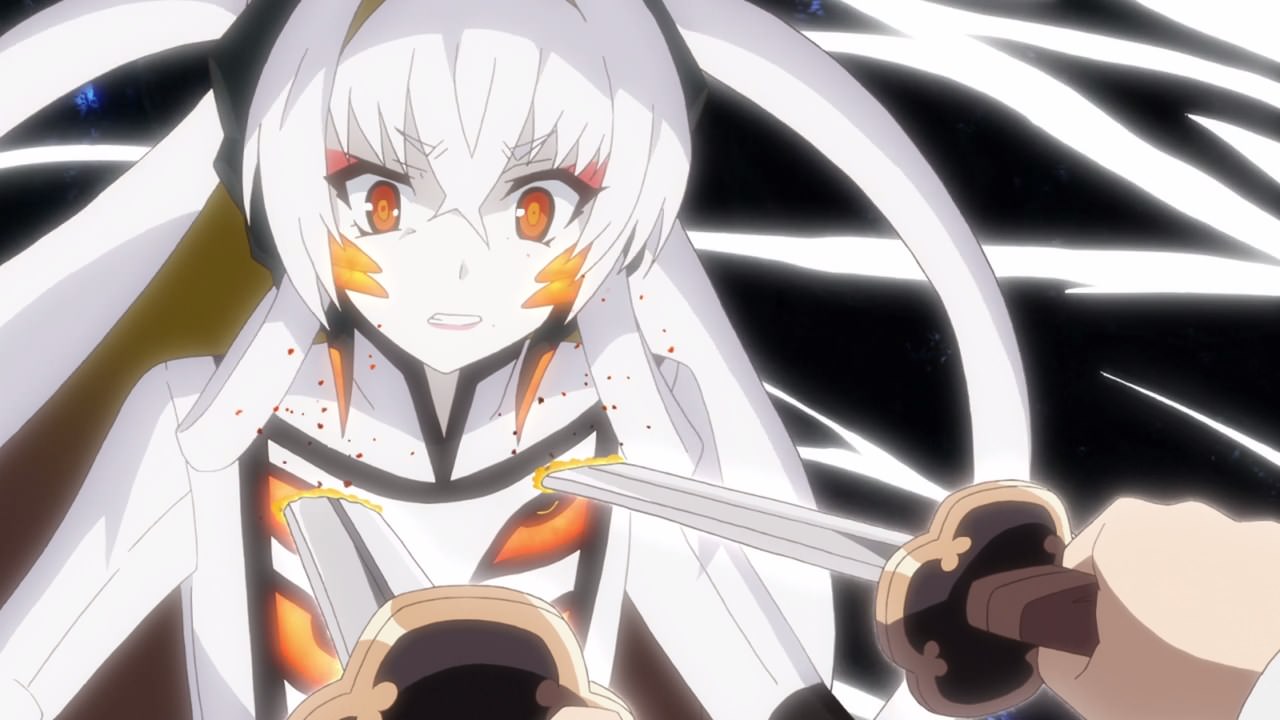 Of course, the only way to defeat Tagitsu and prevent the great aratama disaster from happening is to send her back into the netherworld for all eternity. I wonder if both Kanami and Hiyori will sacrifice themselves to beat her? 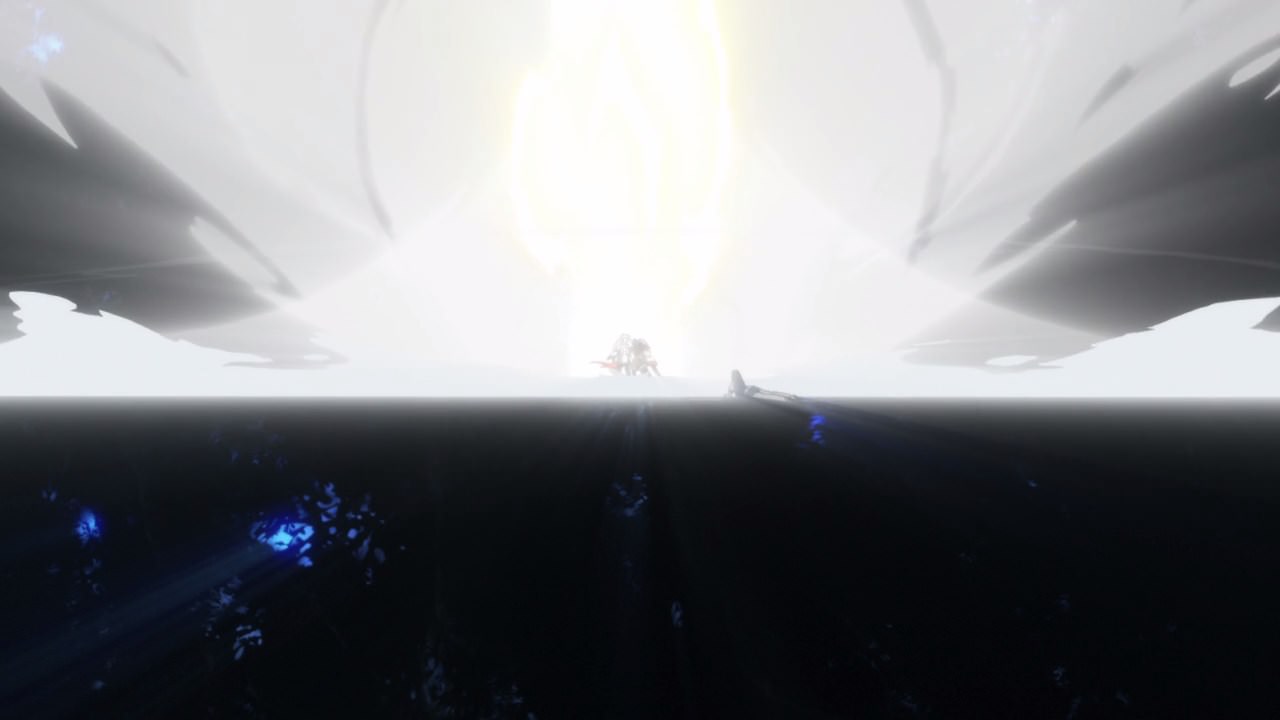 With that said, the final battle has ended as Princess Tagitsu is sent back into the netherworld and I hope it stays that way. Then again, it’s sad that both Kanami Etou and Hiyori Juujou won’t be coming back. 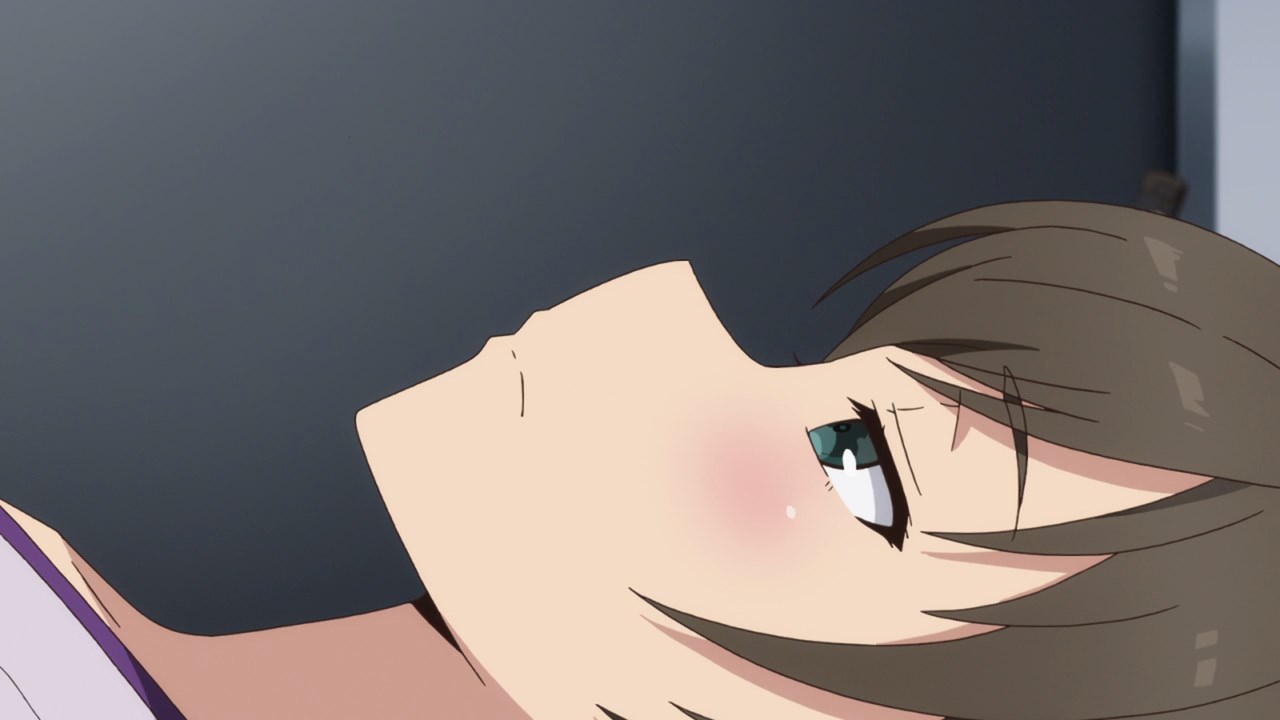 And one last thing, seems that Ayumu Uchizato woke up at the hospital, although she doesn’t know what happened to Kanami Etou. Or rather, Ayumu doesn’t know if Kanami existed in the first place.

Anyways, I’ll see you next time for the finale of Toji no Miko. We don’t know the aftermath of this crisis, but let’s hope that everything went well in the end!