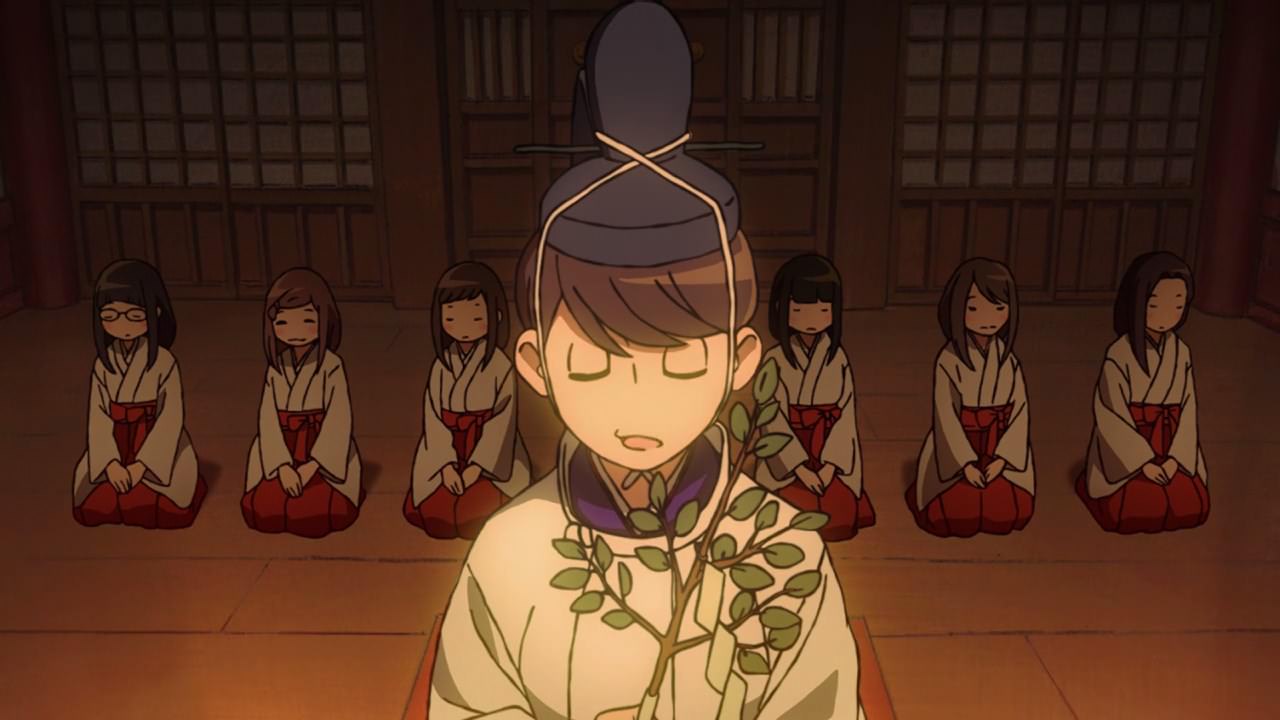 Well everyone, the Ritual is approaching fast as Haruto Okonogi and his group of mikos are preparing to guide Mitatsu-sama to its destination.

Of course, the Ritual will not be successful unless a girl is chosen to become as Binden. So whoever is chosen will have a bigger role on guiding Mitatsu-sama, but we’ll never know the name of it. 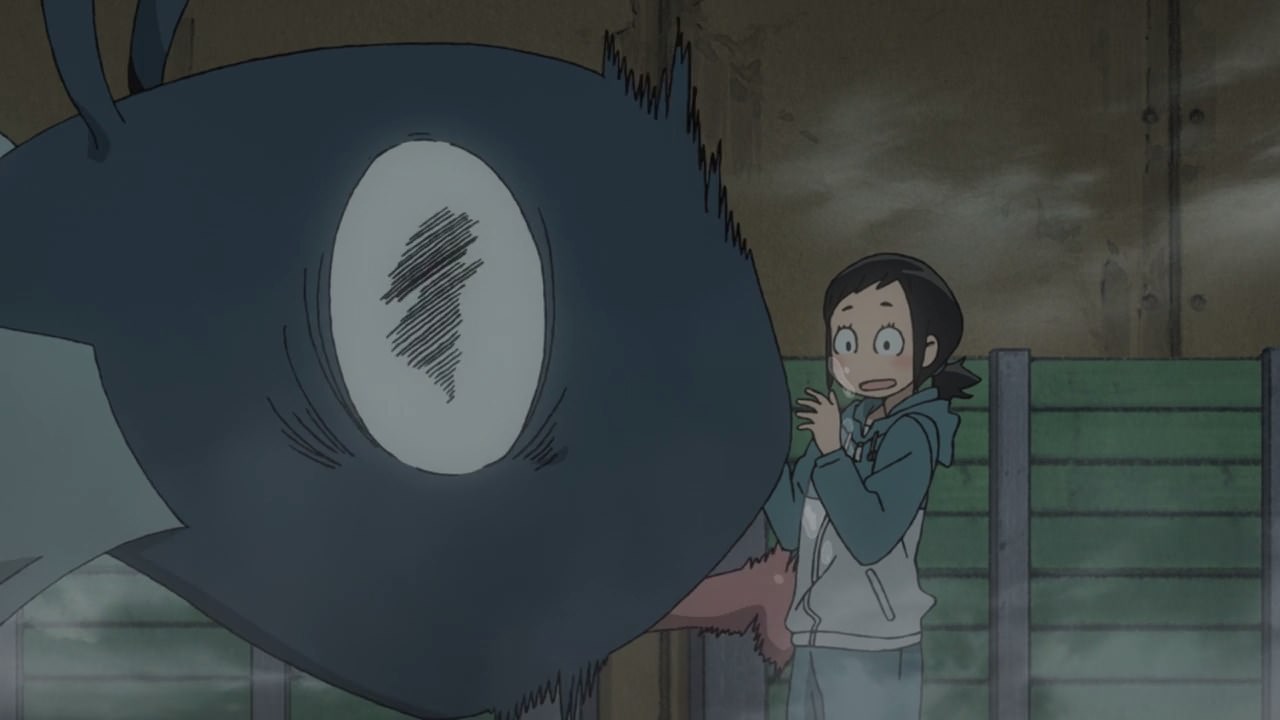 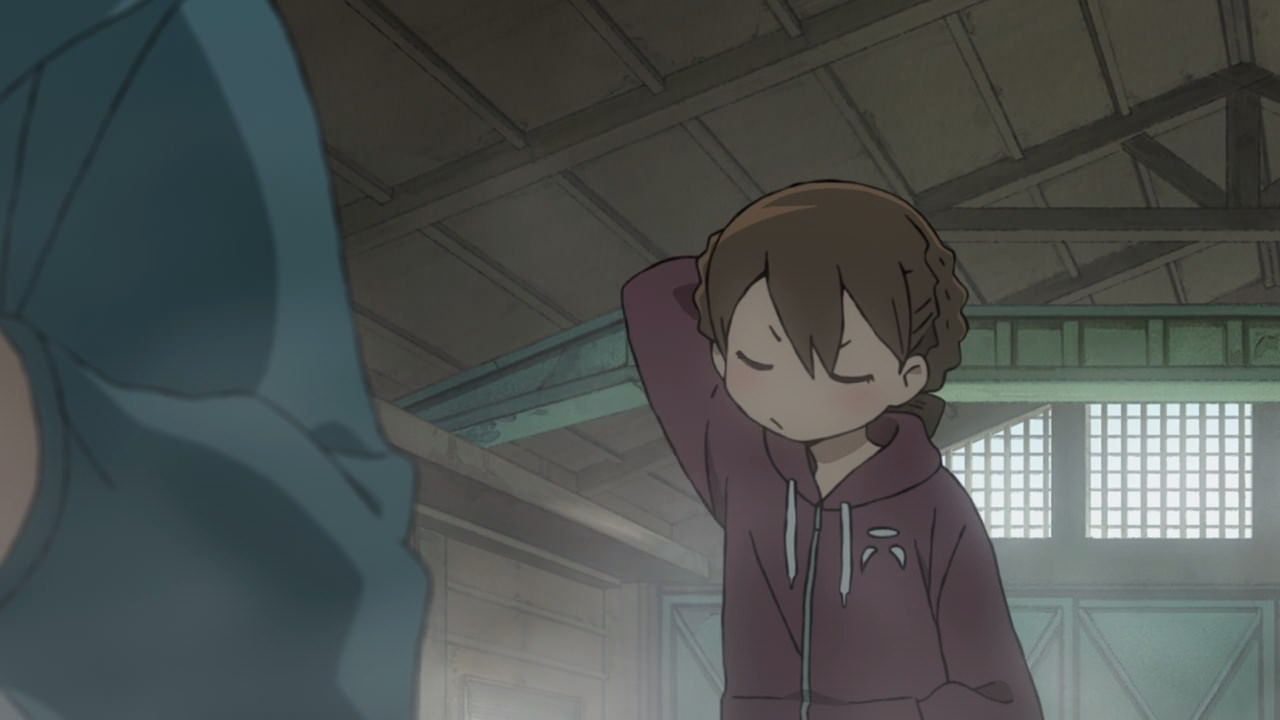 And here’s Nao Kaizaki as while she doesn’t have an Organic Transporting Flyer, Nao thinks that Maso-tan and Norma are jealous that their D-Pilots are falling in love to some guy.

Yeah, I have to say that Kaizaki’s words pretty much sums up the current situation between Amakasu and Maso-tan. 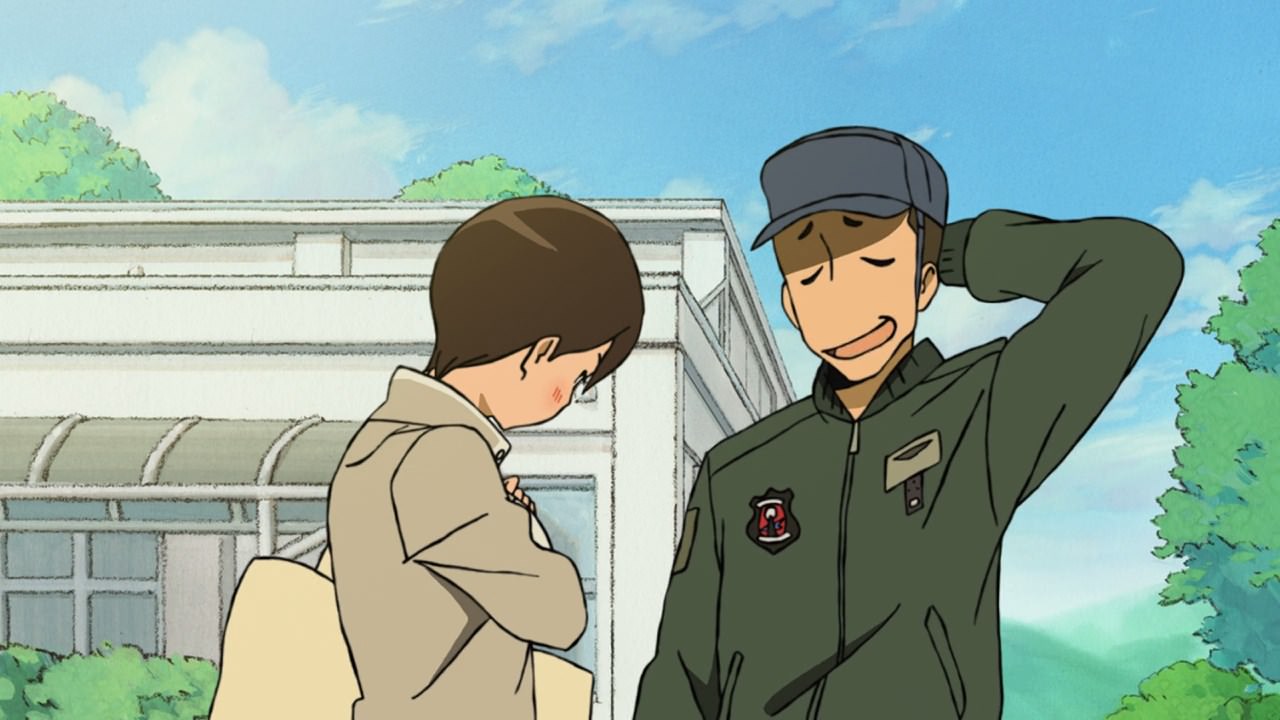 On the other hand, here’s Flight Leader Yutaka Zaitou as while he’s unapologetic for stealing Senior Master Sergeant Eru Hoshino’s first kiss, Zaitou told Hoshino that he’s okay being a fuck buddy to her! 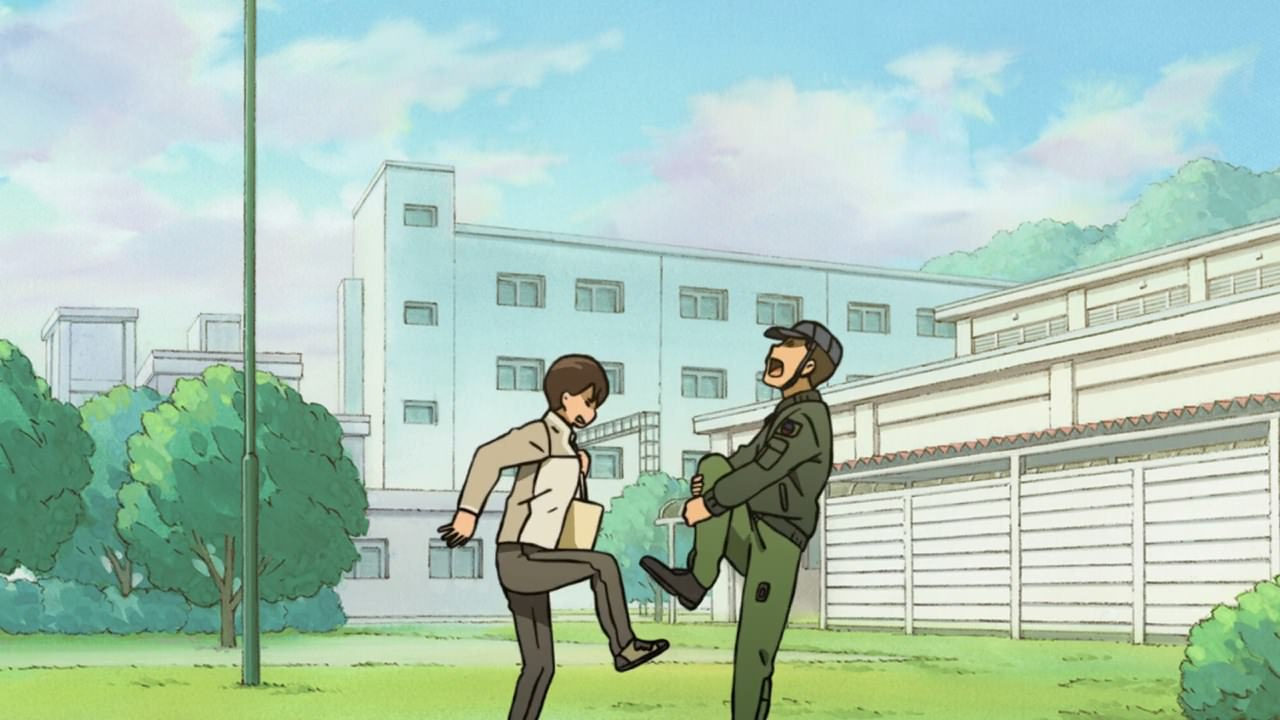 But you know what, would it be better if Flight Leader Zaitou will just break up with Senior Master Sergeant Hoshino because she doesn’t give a shit about him!

After all, Eru Hoshino seriously wants to be a fighter pilot, not some lowly office lady working at an air base. 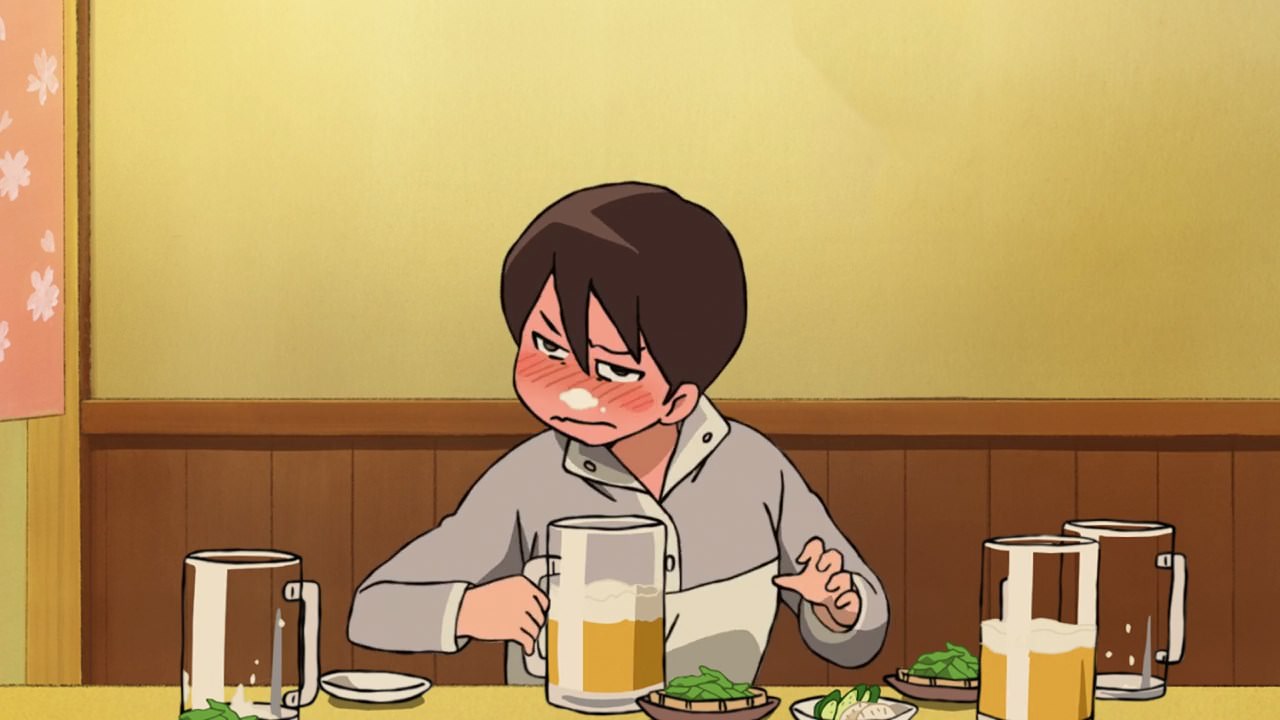 And speaking of Hoshino, looks like she’s gonna get rowdy tonight as Eru-chan drank lots of booze until she passed out. I’m hoping that her head won’t get hurt much after a major hangover! 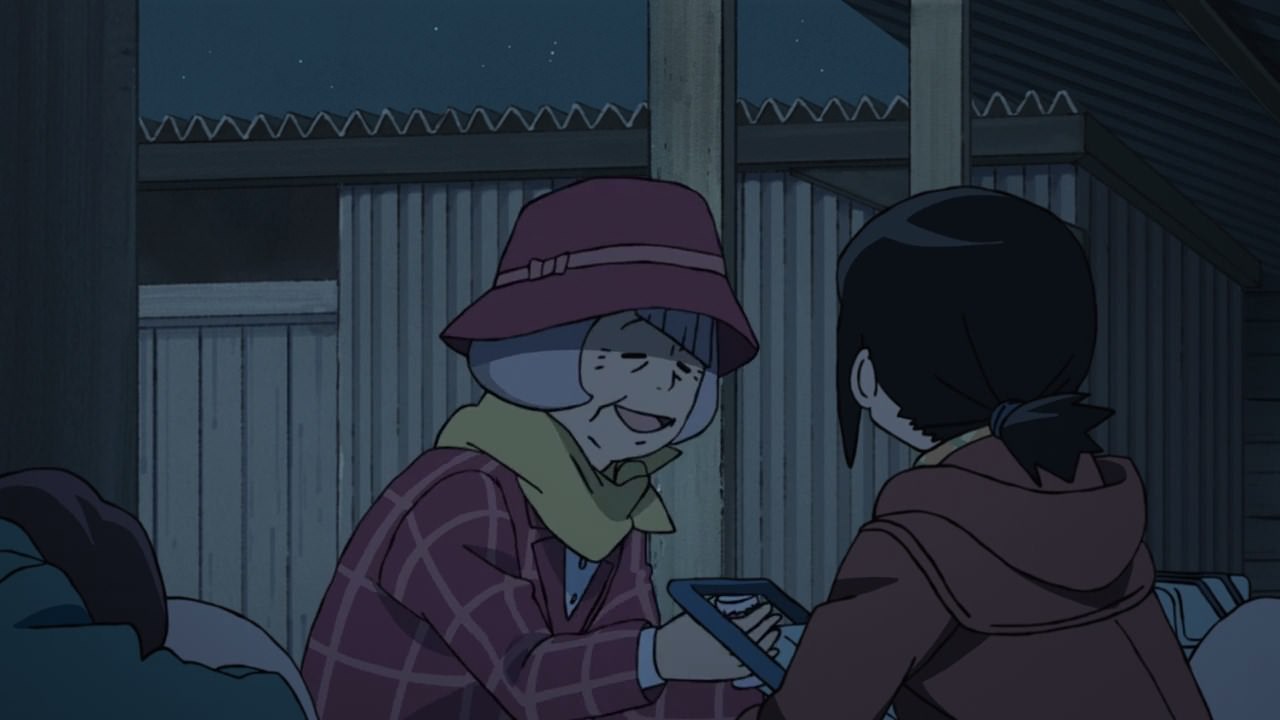 Moving onto Sada Hinomoto as she’s acting her sweet old lady again after playing as a nasty drill sergeant from most of the training session.

While Sada-san admits that she once have fallen in love with someone, this Joie lady told Hisone that the OTFs won’t betray their D-Pilots and thus they must not betray them as well. C’mon, both dragons and their pilots needs to have mutual trust. 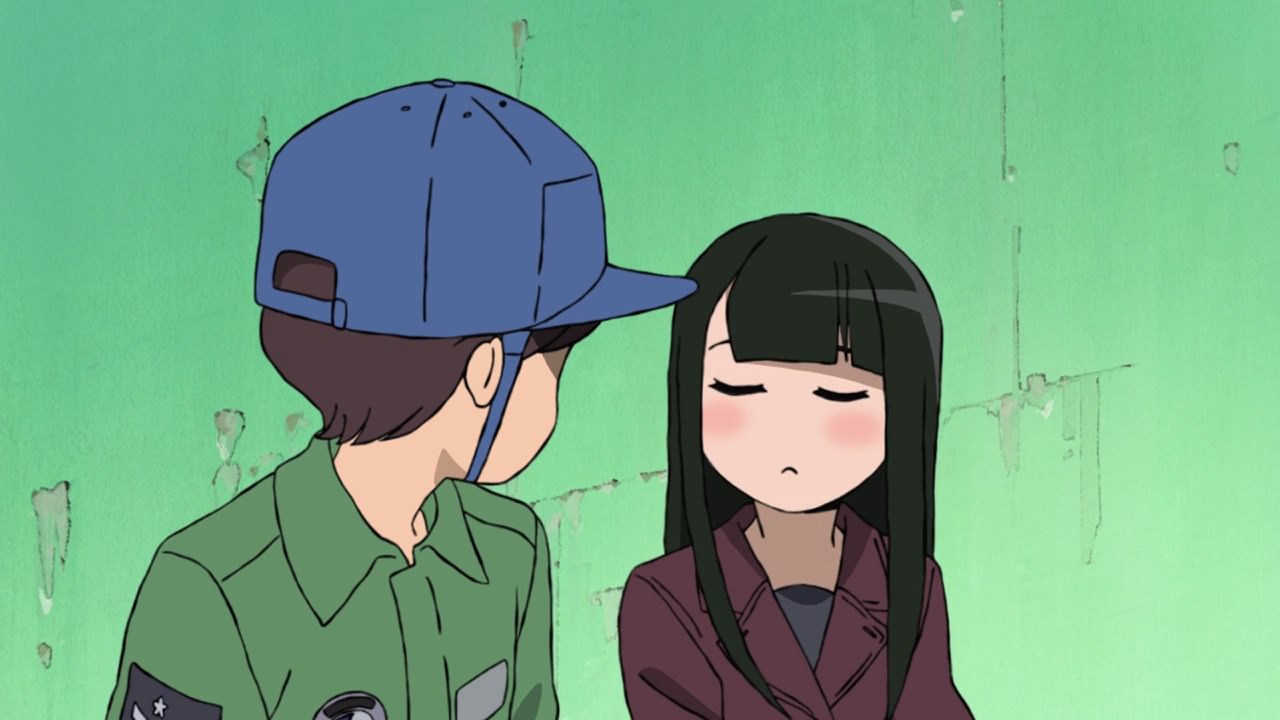 Now then, it’s time for Haruto Okonogi where he spends his free time with his childhood friend Natsume Misumi. Of course, Natsume wants Haru-kun to kiss her.

Um Natsume, you know that Haruto is way older than you, right? 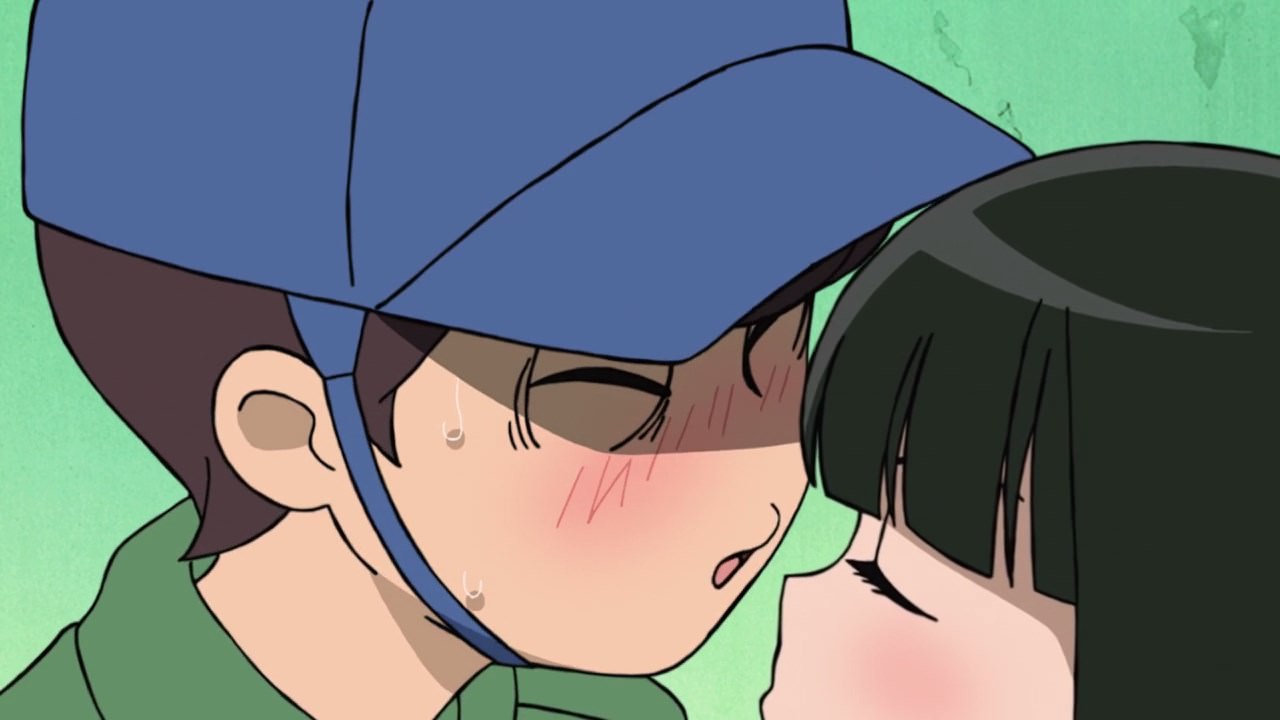 But anyways, Haruto Okonogi gave her something like a blow to the forehead. Sorry Natsume Misumi, but you should reserve your first kiss once you’re married! 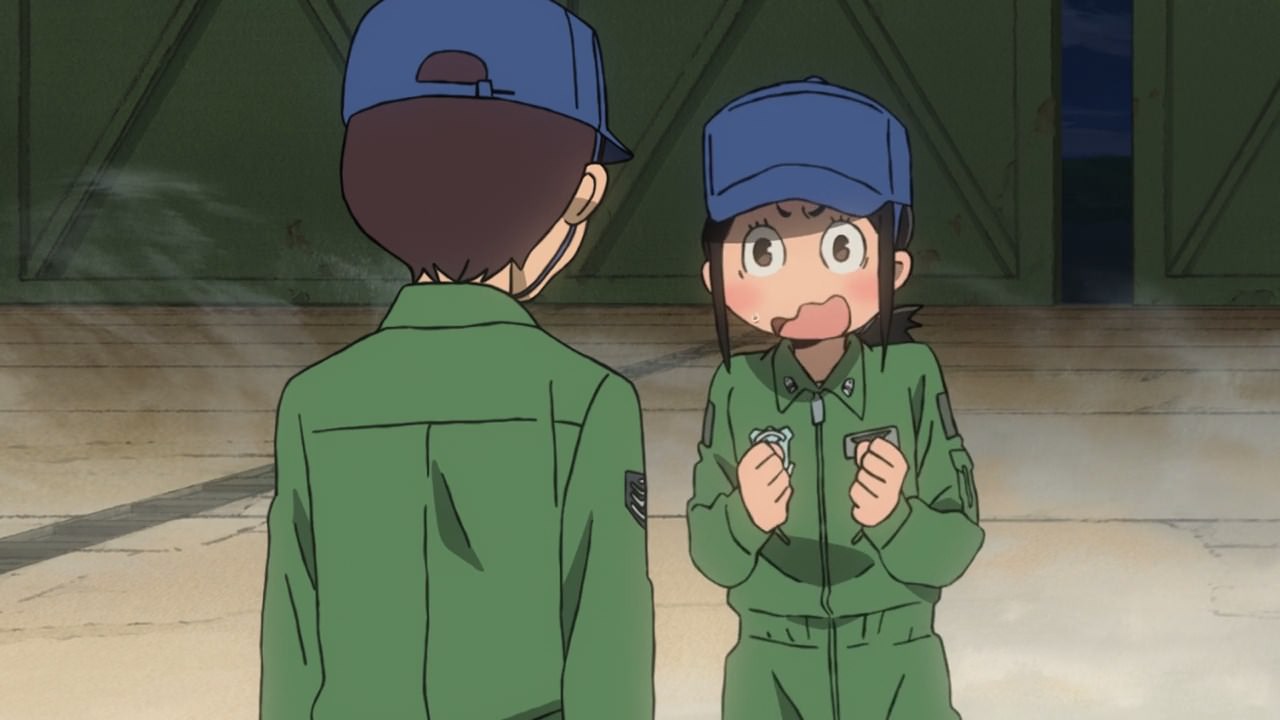 Of course, we’re not done yet with Haruto Okonogi as he was approached by Hisone Amakasu, where Hisone confessed that she’s in love with Haru-kun.

Yeah, I’m glad that Amakasu admit to herself that she has feelings for Okonogi. 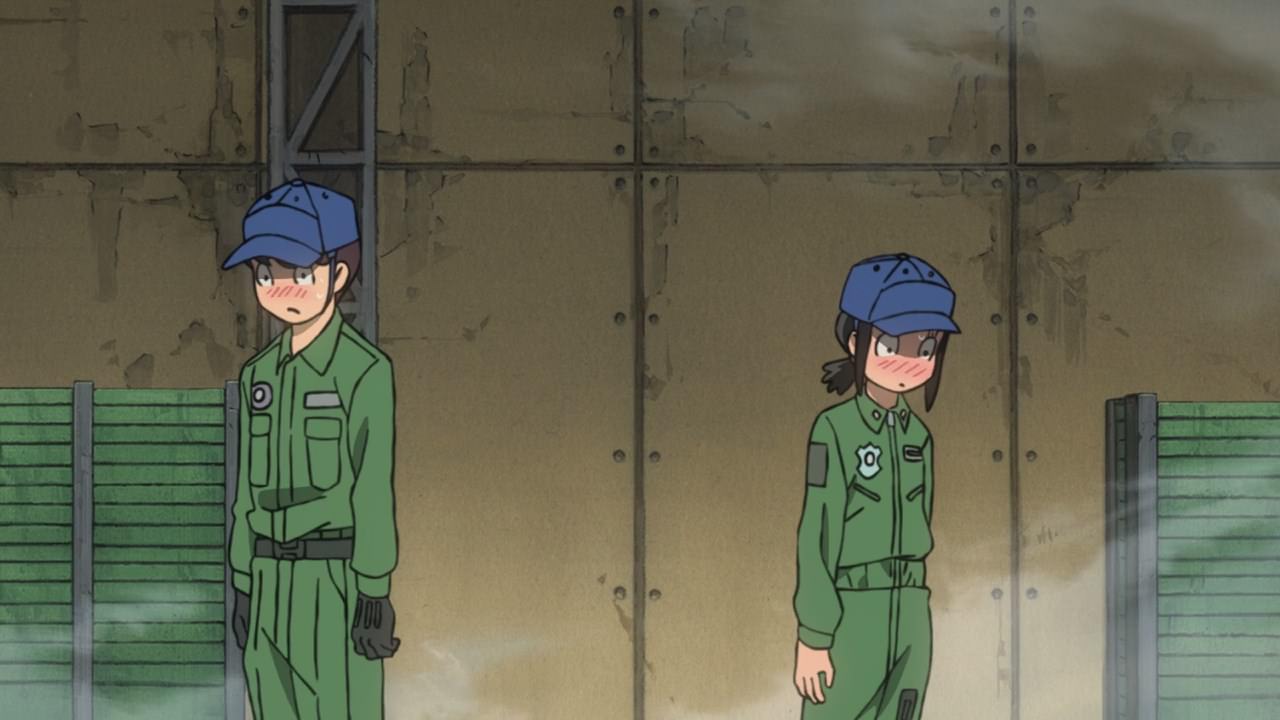 Then again, this atmosphere has become more awkward after her confession. Um, you two should rethink about your relationship with each other. 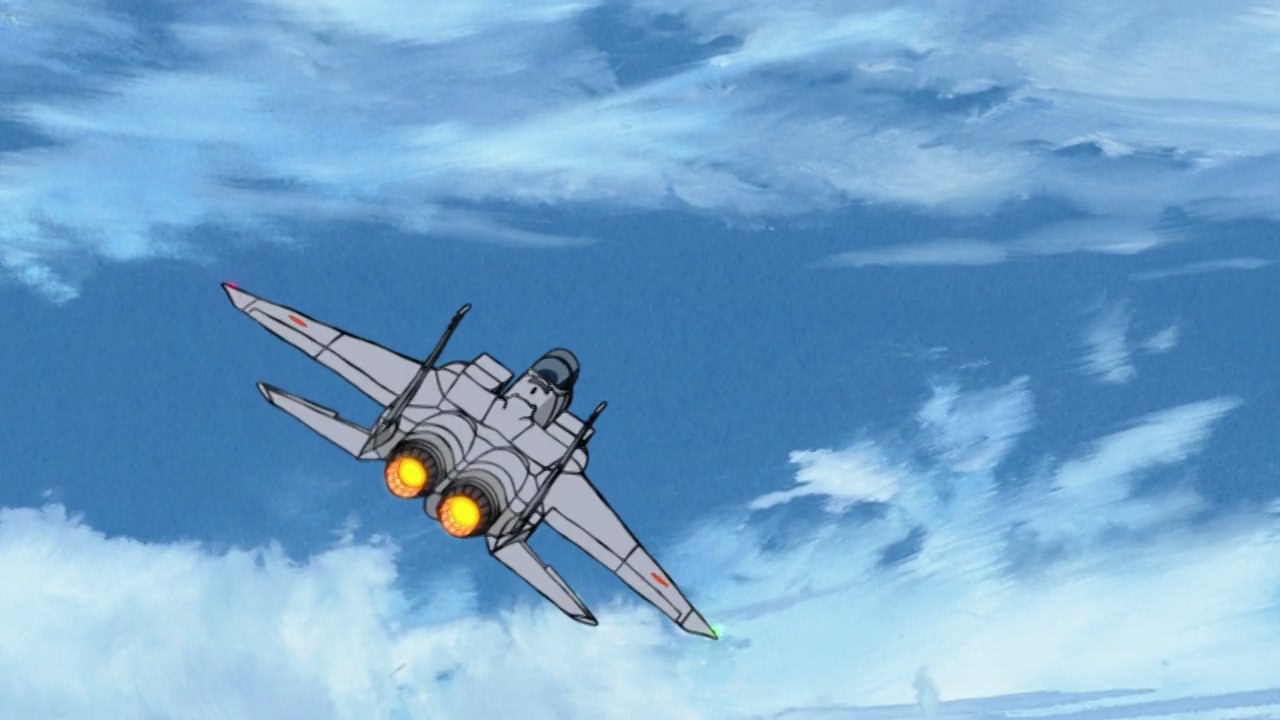 Anyways, let’s end this episode where Maso-tan is in the air after being grounded at the end of Episode 9. Hurray! 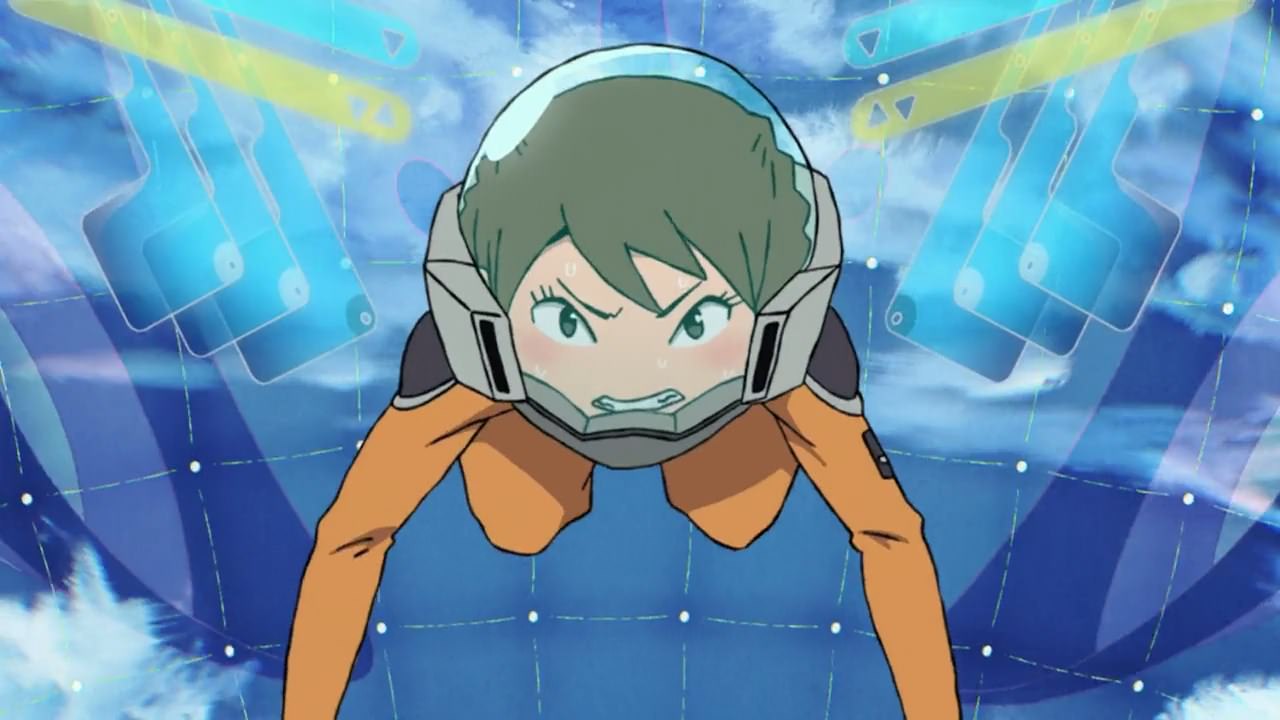 That role belonged to Nao “Sexy Jaguar” Kaizaki where she’s finally living the dream as a D-Pilot. Of course with Nao-san becoming a real D-Pilot, what’s gonna happen to Hisone Amakasu? Will she quit? What if Hisone is selected as the Binden?

In any case, we’ll find out on the next episode as the Ritual will finish their preparations. Let’s hope that it’ll be successful!