Legend of the Galactic Heroes: Die Neue These Episode #11 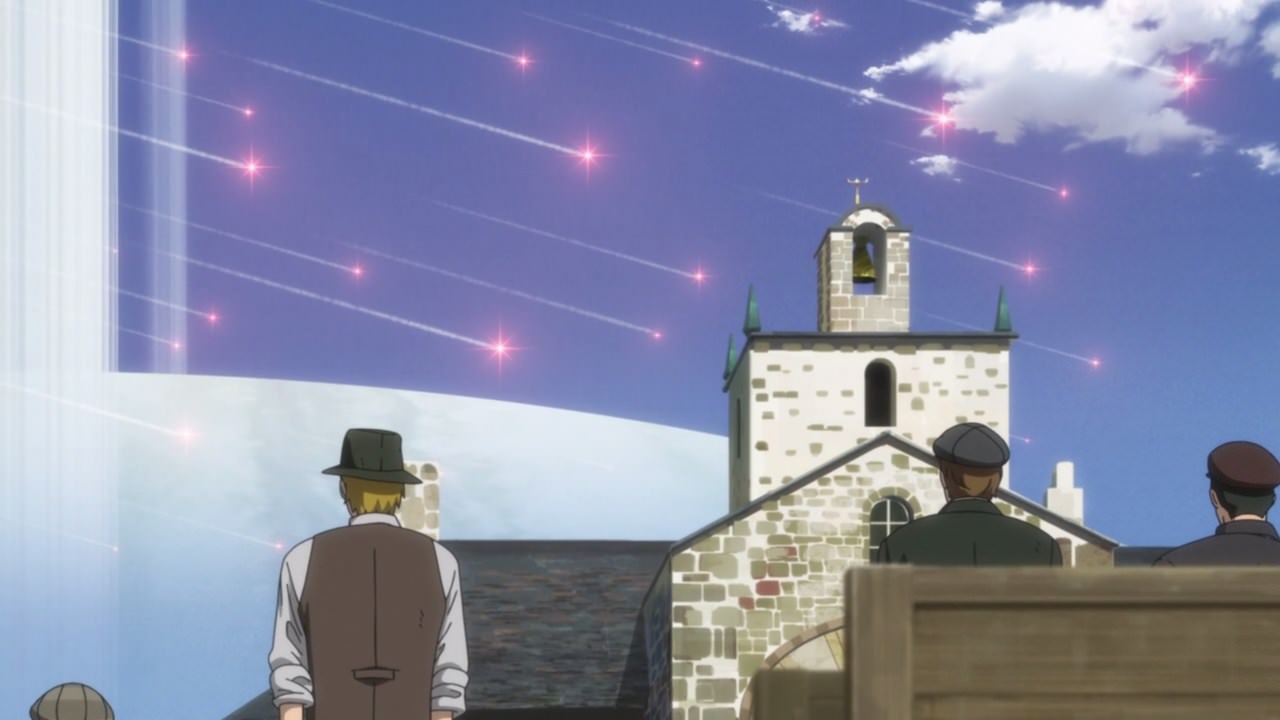 Well everyone, I hope you’re ready for this as the Free Planets Alliance are now at the Imperial Territory, commencing their operation of liberating the entire population from the Goldenbaum Dynasty.

So far, the invasion went along smoothly with no resistance. Yeah, it’s a win-win situation for the Alliance! 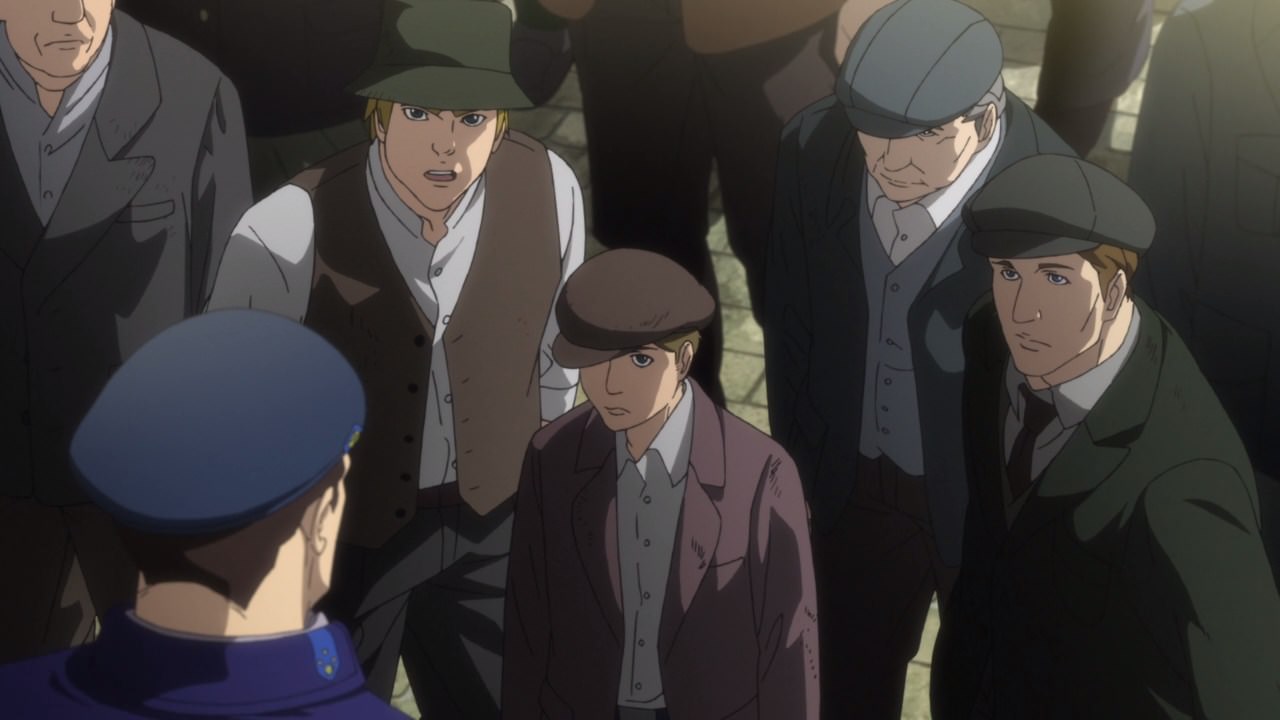 However, most of the civilians told the Alliance officers that they want food and other necessities.

Well, seems that the Free Planets Alliance didn’t think of this when liberating various planets from the Galactic Empire. In any case, they have no choice but to give the civilians some supplies which will be a problem later on. 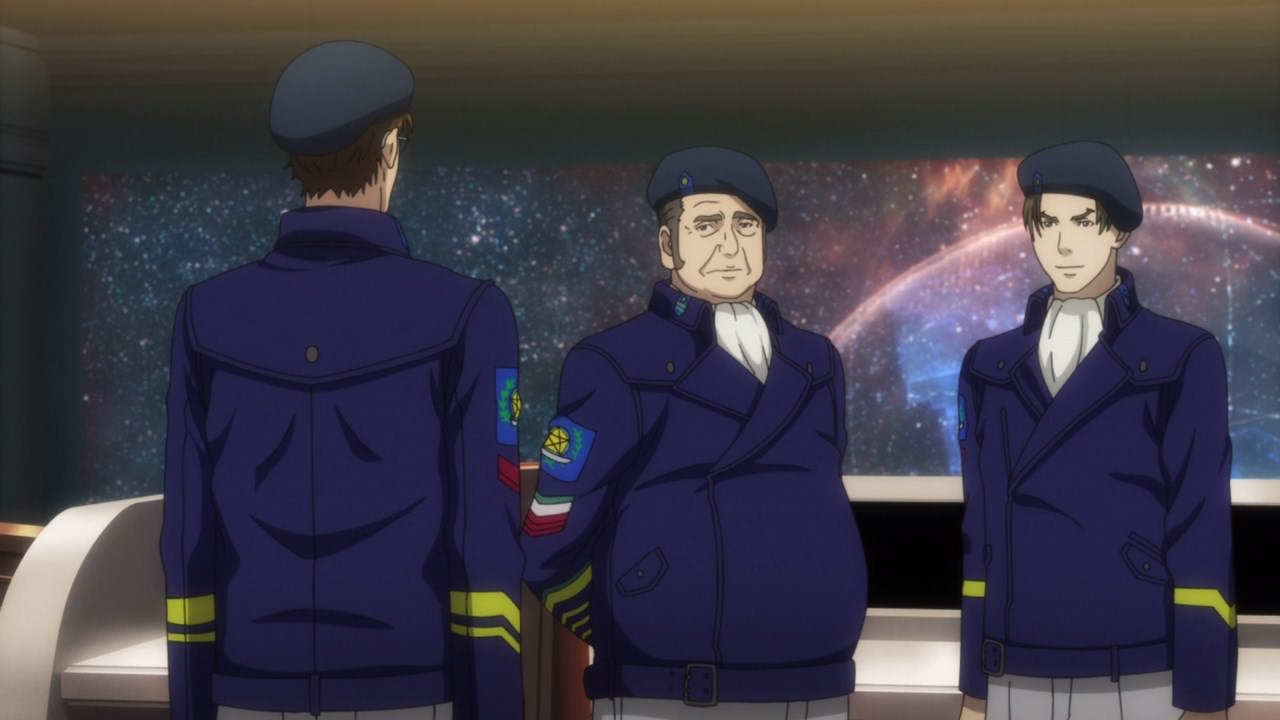 Back at the Iserlohn Fortress, Rear Admiral Alexander Cazelnes briefly discussed about the supply shortages to Supreme Commander Lassalle Lobos. Of course, I’m worried that the supreme commander will see this shortages as non-issue to the Alliance. 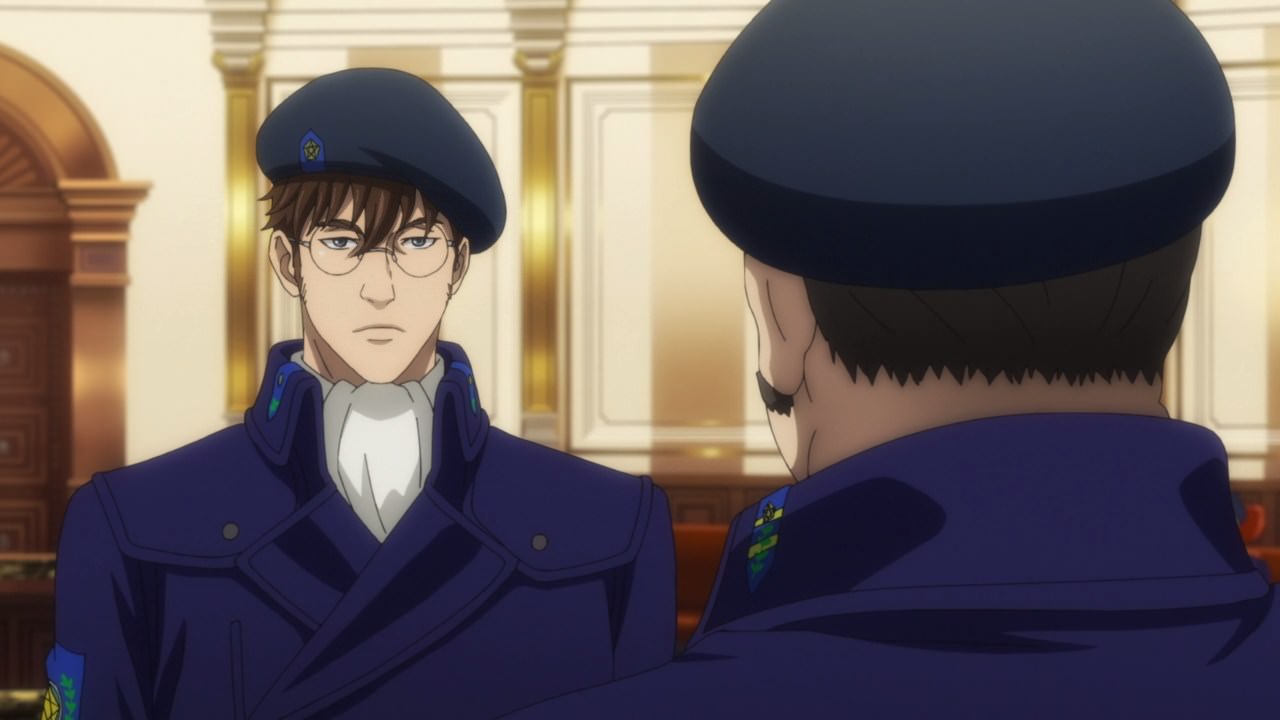 Um, I think this invasion will hit a major setback because the distance between Heinessen and the Iserlohn Corridor is huge that it’ll take days to deliver the goods. Also, there’s a possibility that the Empire will attack the Alliance’s supply ships. Should they manage to survive the Empire’s assault, the Free Planets Alliance might be too little too late to deliver the supplies to occupied Imperial territories. 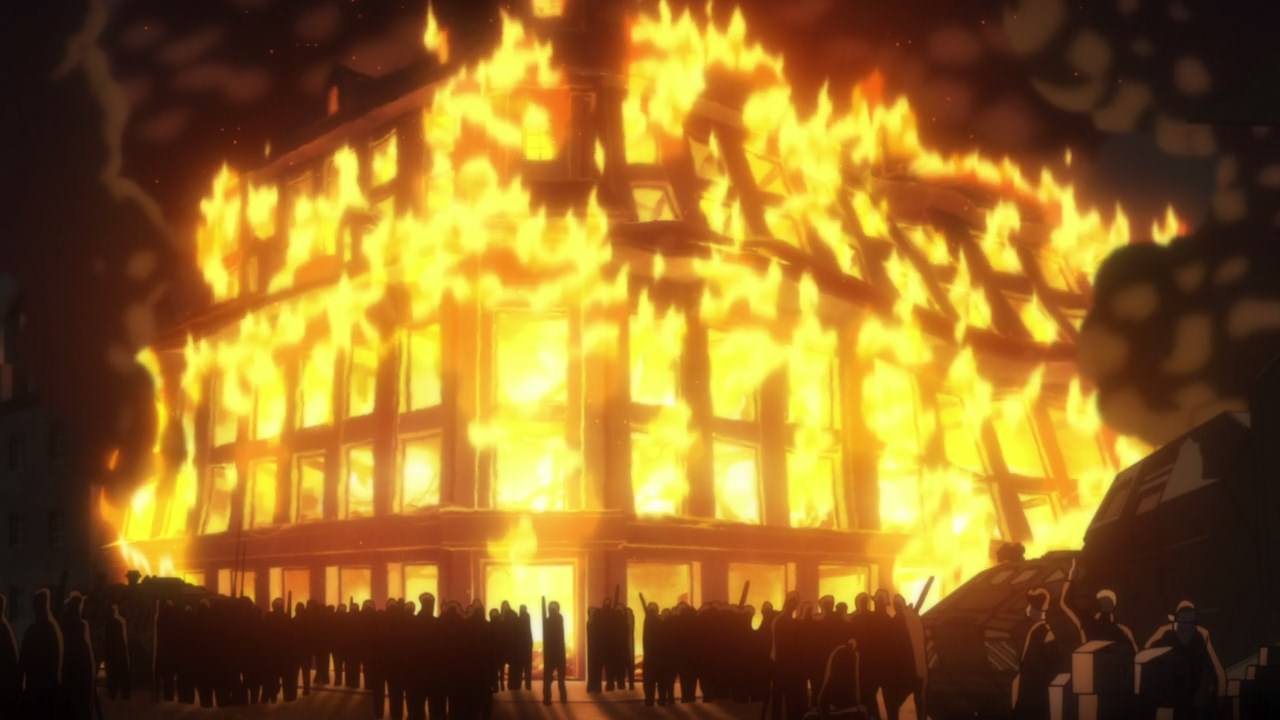 In fact, there’s some riots and looting from the civilians that the Alliance couldn’t handle a hangry mob. C’mon, people get irritated when their stomachs are empty.

So, the soldiers have no choice but to push the mob back, even as far as killing innocent civilians. Some liberating army they are. With that said, Vice-Admiral Yang Wen-li suggested to every officer from the Free Planets Alliance for a voluntary retreat towards the Iserlohn Fortress. 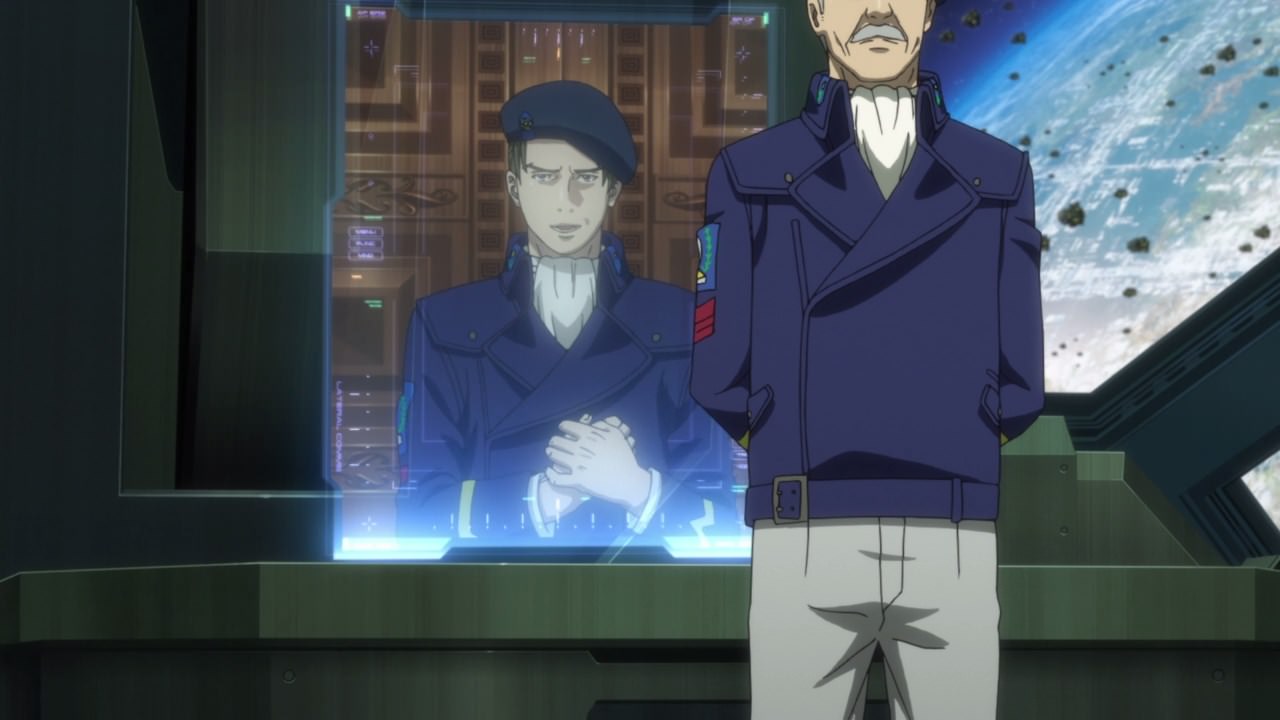 So when Fleet Admiral Alexandre Bewcock tried to contact Supreme Commander Lassalle Lobos to allow his fleet and countless others to return to Iserlohn, he was pissed to learn that Commodore Andrew Falk is the one talking to him.

In any case, Fleet Admiral Bewcock decided not to talk to Commodore Falk because he’s a prick! Seriously, it’s a waste of time talking to Andrew Falk as he’ll simply refuse Alexandre Bewcock’s permission to return to the fortress. 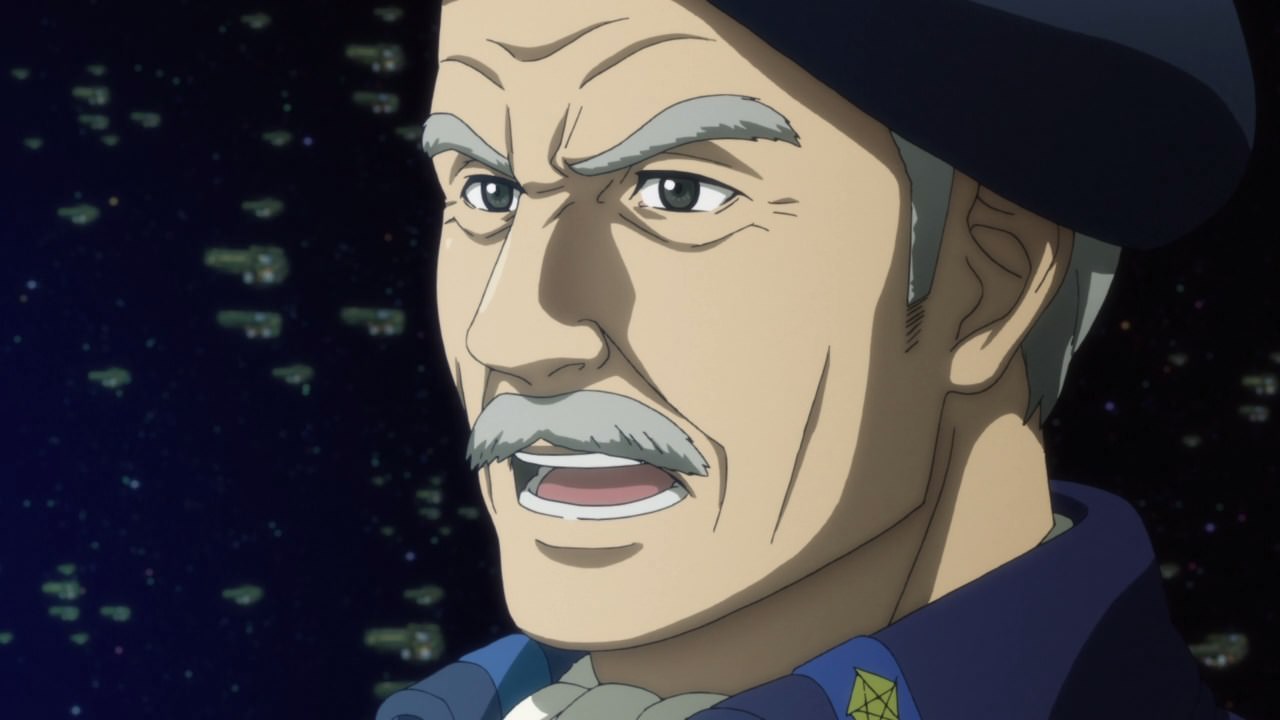 Oh, and Fleet Admiral Bewcock add some parting words to the commodore that he should go out there and fight instead of talking all day! After all, Bewcock earned his place through hard work, not some bureaucratic bullshit! 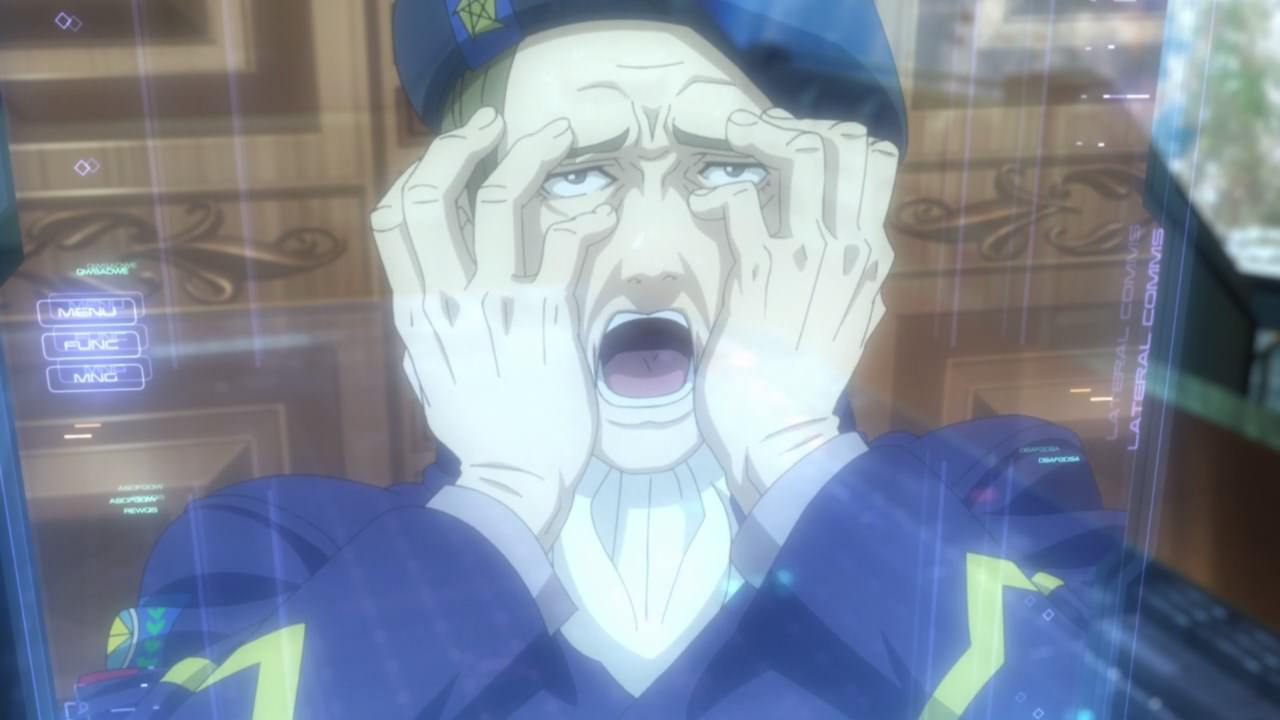 And after hearing Admiral Bewcock’s harsh words, Commodore Falk suddenly got a nervous breakdown. Damn, I have to say that Andrew Falk is all-talk! No wonder Fleet Admiral Sidney Sithole warned Vice-Admiral Yang Wen-li about him.

Oh and as for the supreme commander, it turns out that Lassalle Lobos is currently sleeping that he doesn’t want anyone disturbing him… until the enemy attacks of course. Man, this is frustrating that some officers decided to stay indoors instead of going out there and assess the current situation. This is great, now the Alliance is fucked up! 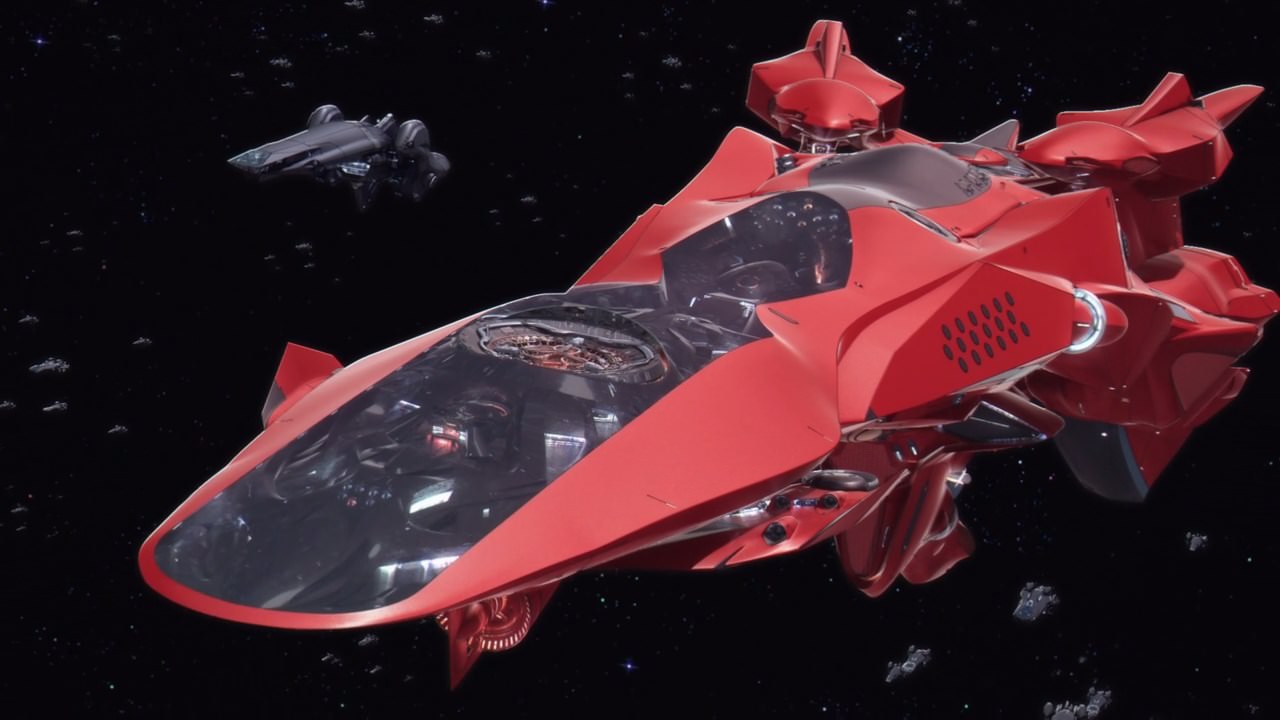 Now let’s go back to the Galactic Empire as the Imperial Fleet prepares to wipe the entire enemy out. Sure that they figure it out on how to defeat the Alliance at the home turf, but the only way for a complete victory is to destroy their supply lines. 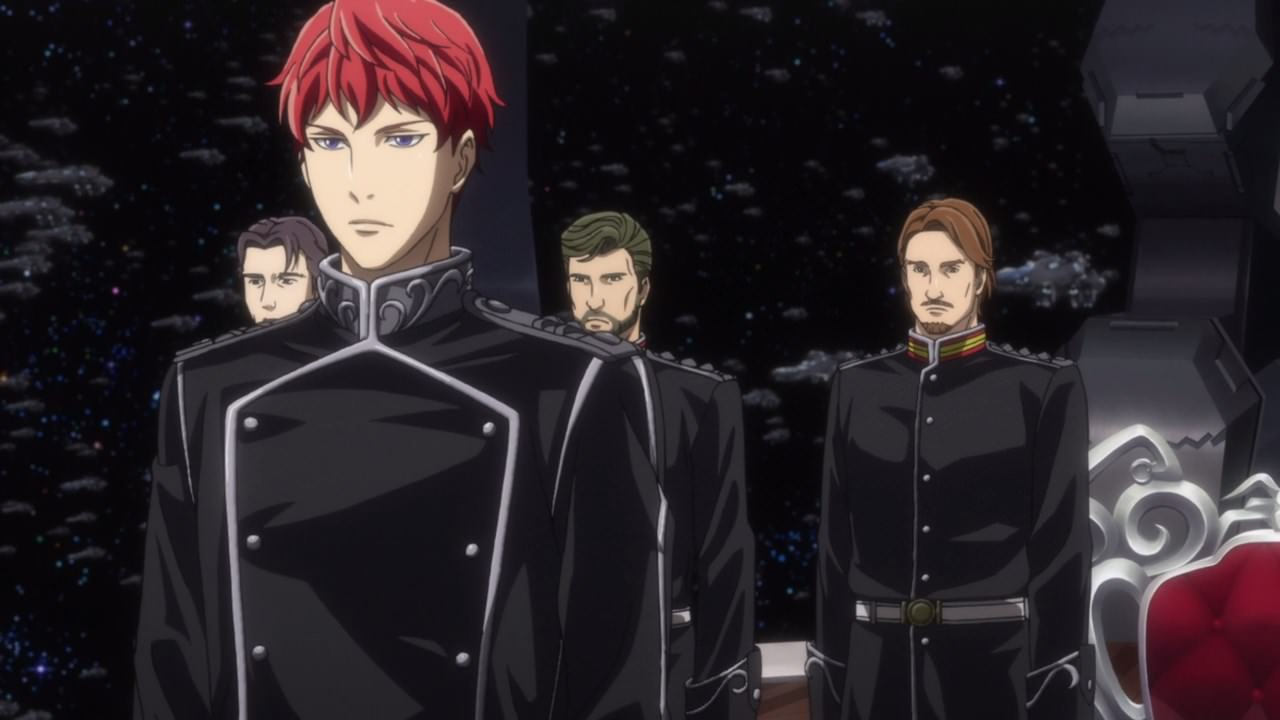 Luckily, Rear Admiral Siegfried Kircheis will take care of the enemy’s supply lines as he’s on-board inside his flagship Barbarossa, taking command of his own fleet and cut them down until there’s nothing left for the Alliance. 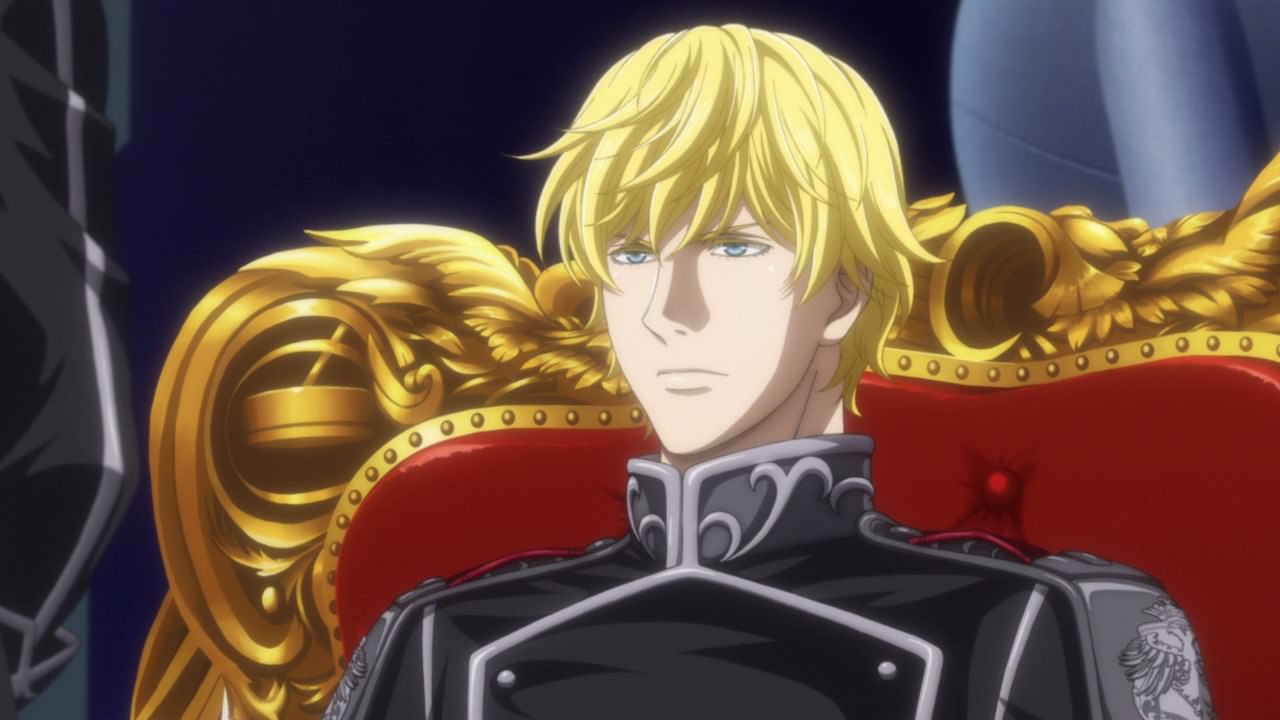 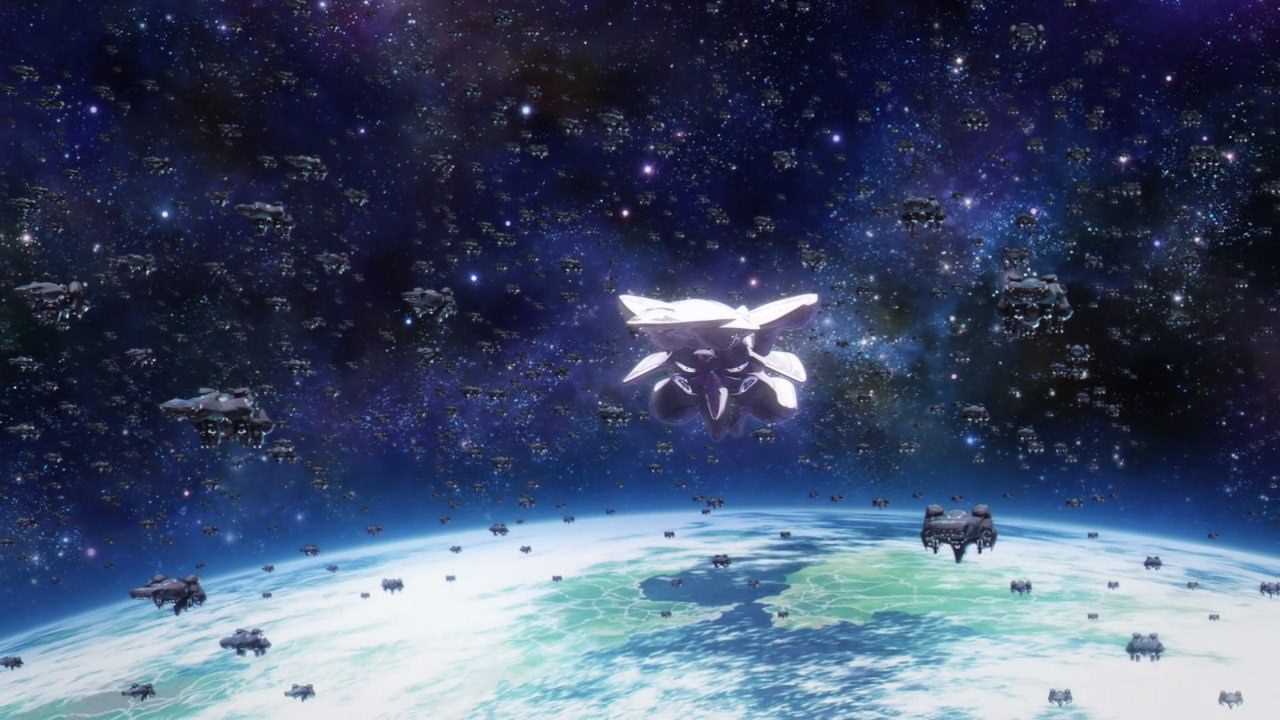 …plus various ships that’ll make up the entire Imperial Fleet. Well everyone, looks like the Free Planets Alliance will have a field day surviving the onslaught against the Galactic Empire as not only their supply lines will be cut short, but most of the fleet will be wiped out!

Well then, I have to say that the Free Planets Alliance didn’t learn a damn thing after the Battle of Astarte. But you know what, the politicians supporting the invasion are a bunch of idiots that it’ll destroy the entire superpower in exchange for staying in power. Seriously, it clearly shows that in the long run, the Alliance will face repercussions from failing to overthrow the Goldenbaum Dynasty and letting more people die.

Anyways, next episode will be the last one. Of course, I wish there’s more to this legendary series!