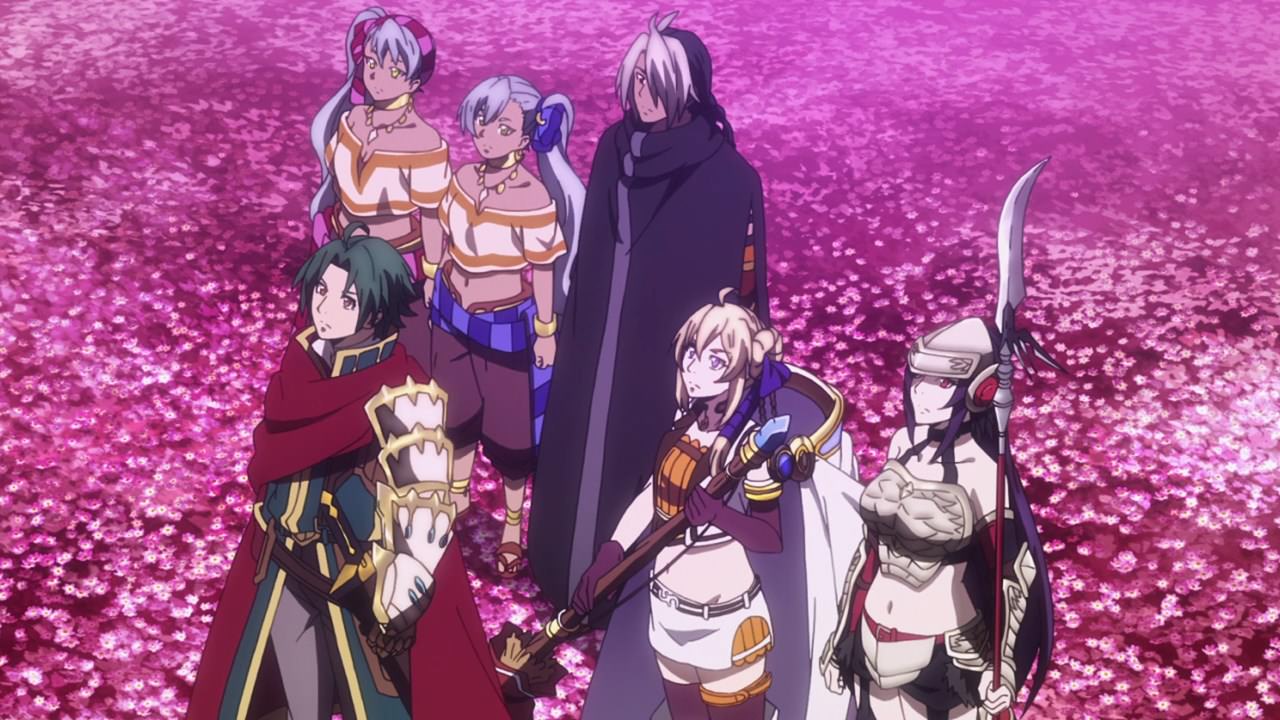 And now, it’s time for the final episode of the Record of Grancrest War, where Theo Cornaro and his allies must confront one more boss in order to end the Age of Chaos. 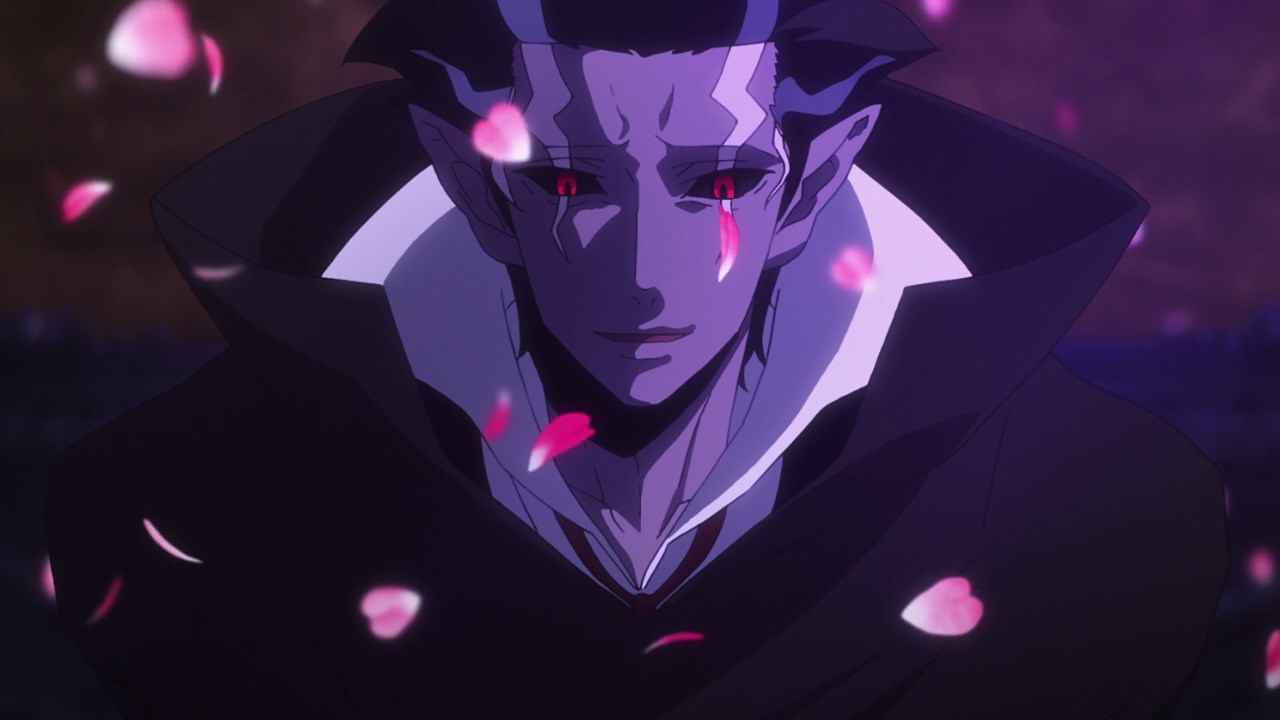 That’s right, it’s Lord Dmitrie as the Vampire King invited them to their demise so that the Age of Chaos will continue. 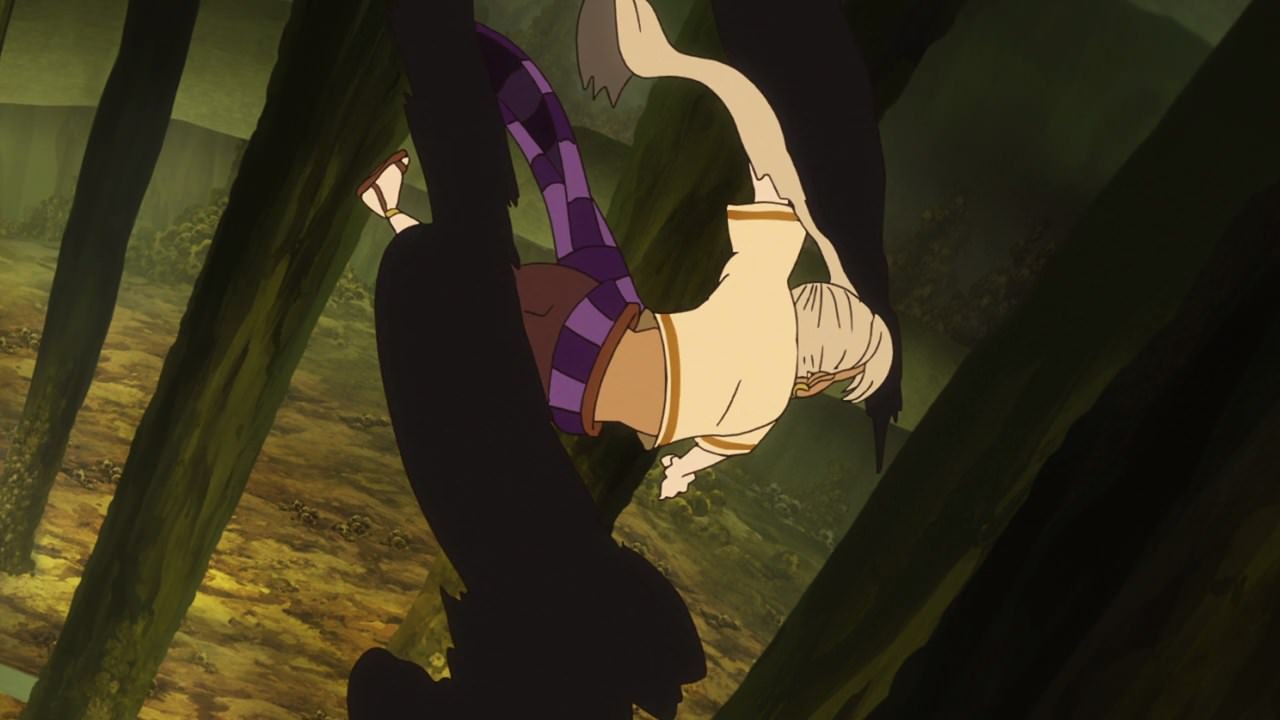 Unfortunately for Theo and his allies, defeating Lord Dmitrie is hard since he’s nigh-invulnerable. C’mon, he’s the Vampire King and he’ll do anything to kill everyone so that the Grancrest will never be born! 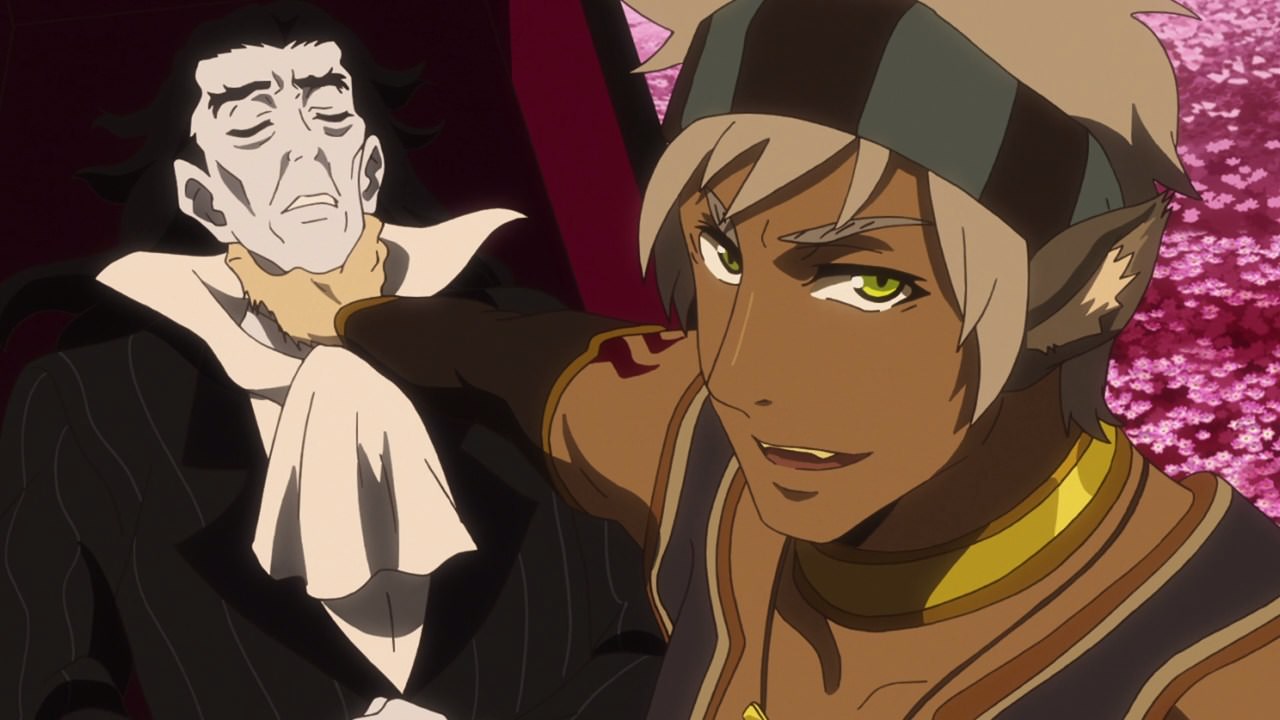 However, seems that Lord Dmitrie is not all that immortal as Emma and Luna’s brother Aeon brought a casket that contains the Vampire King. Turns out that what they’re currently fighting are actually shadows. 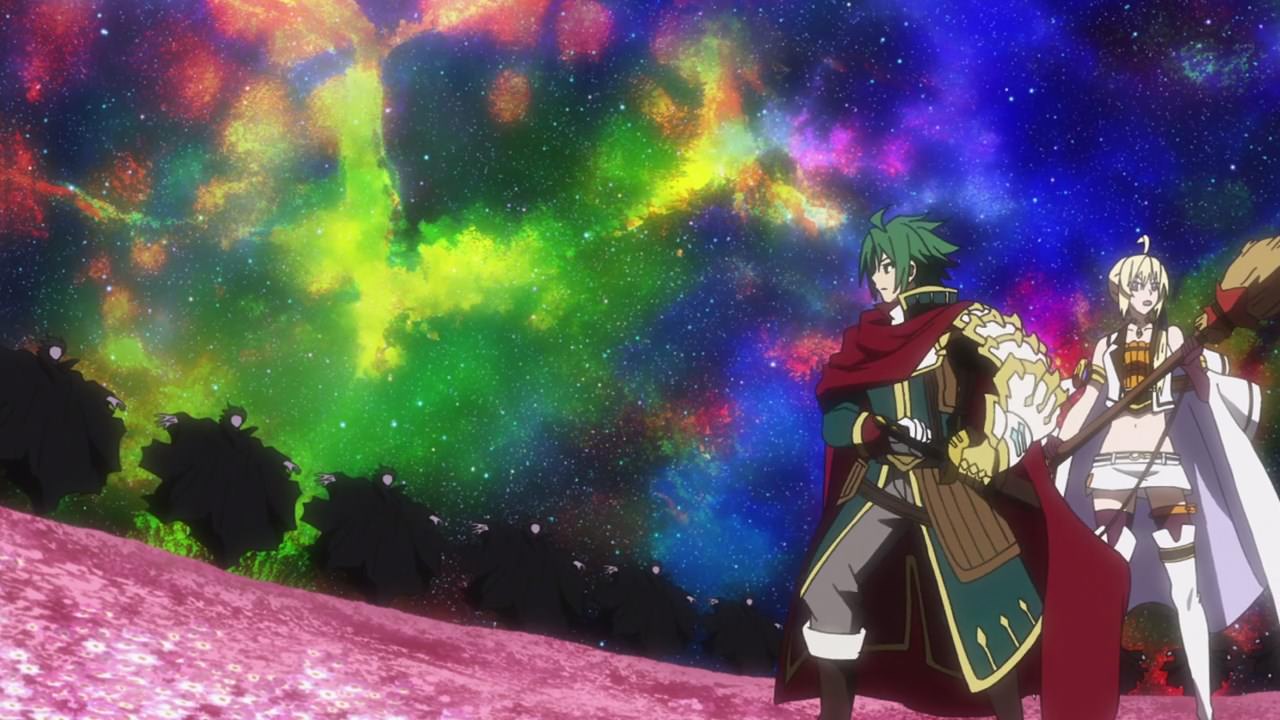 Still, with Lord Dmitrie creating countless shadows to overwhelm them, there’s no point of stopping the Vampire King! 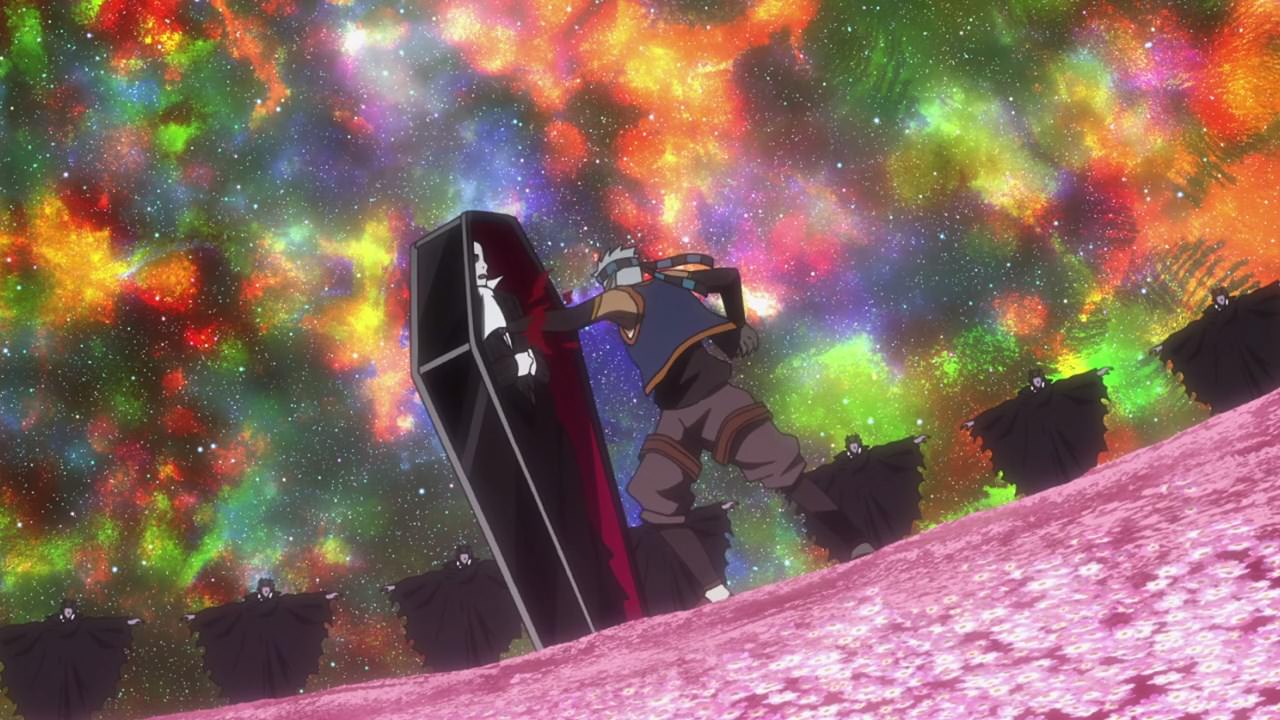 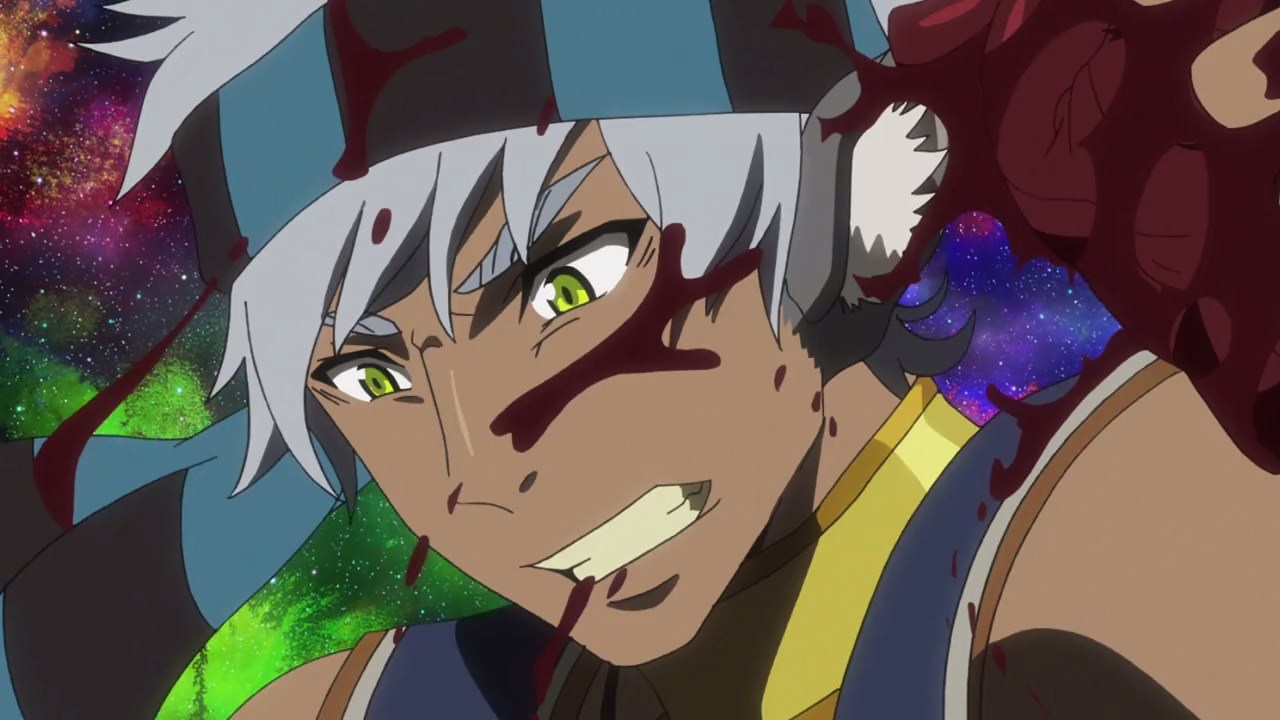 Hell, it doesn’t affect Lord Dmitrie much even though his real body was destroy by gutting his heart out. Yeah, that’s a nasty way to die! 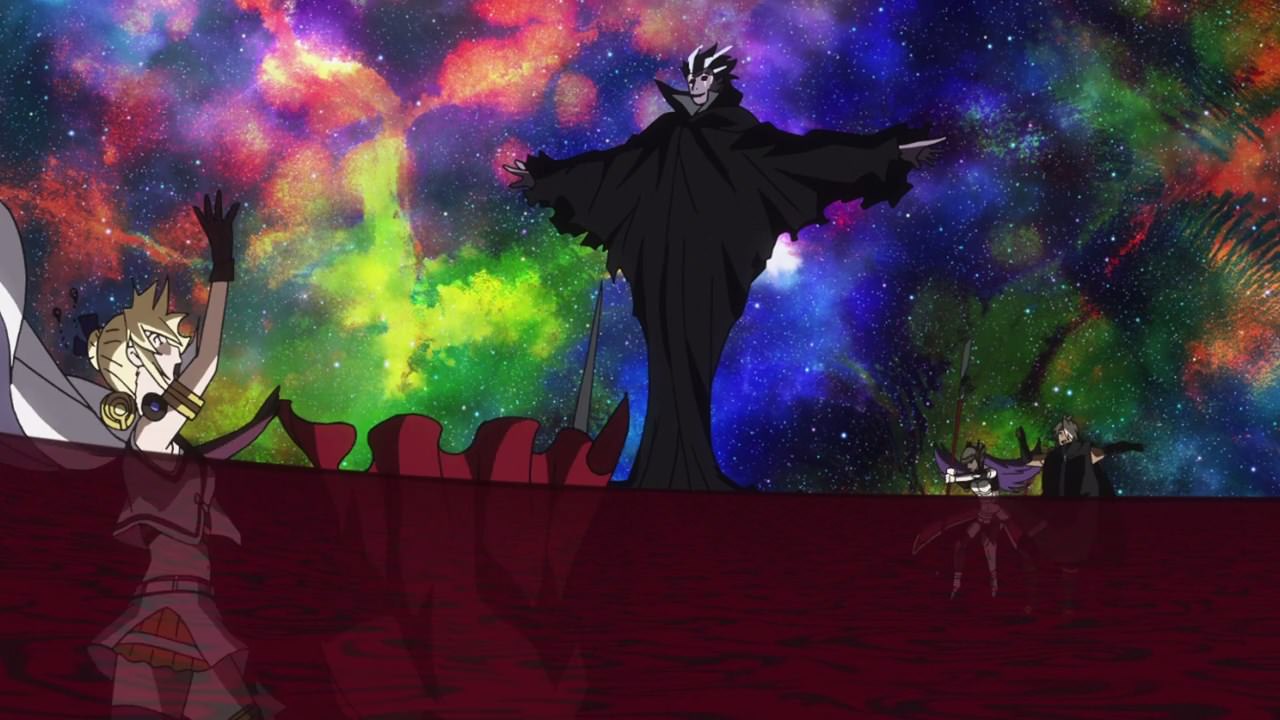 In any case, Lord Dmitrie sends them to the shadow realm for all eternity until their lives ran out. I have to say that the Vampire King is getting desperate here! 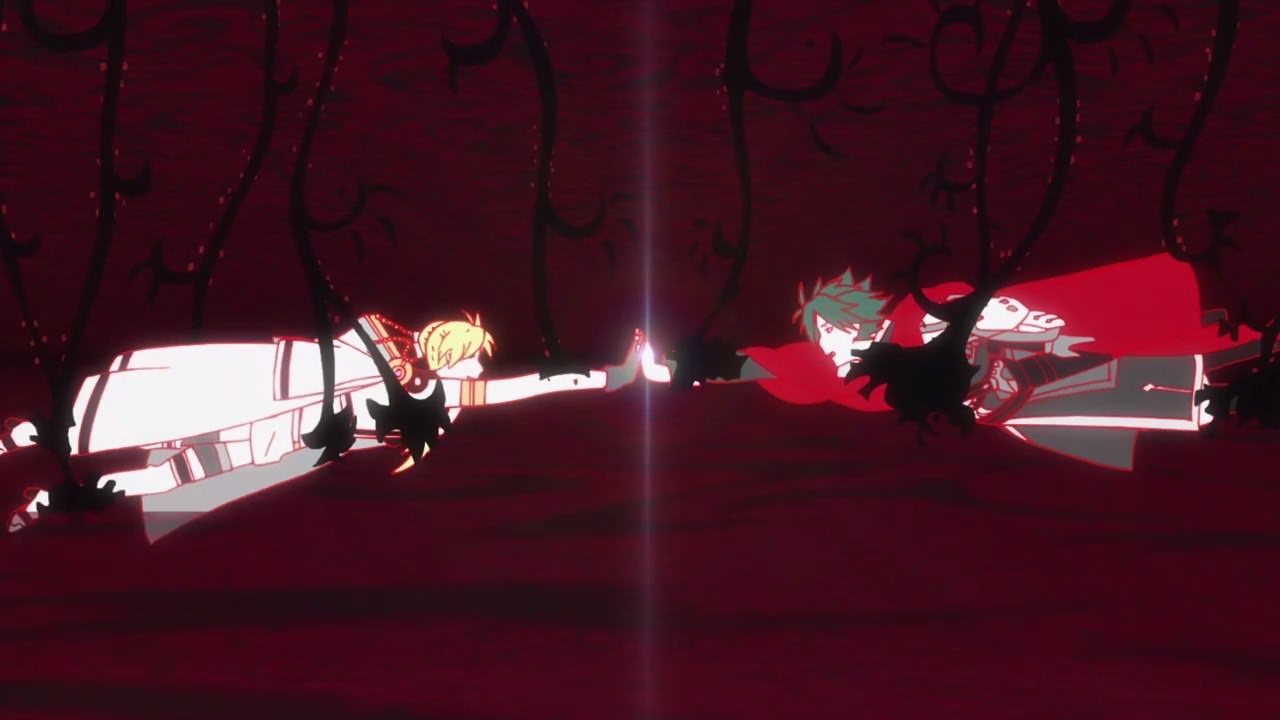 However, it appears that we have a miracle as Priscilla Farnese’s soul from the Holy Grail illuminates throughout the shadow realm, saving Theo Cornaro and his allies.

Oh, and the light hurts the Vampire King as Lord Dmitrie’s face is melting. Guess that this vampire is not that tough after all!

Not until both Emma and Luna took Dmitrie’s arms off in which he can no longer drain anyone. Man, this is overkill! 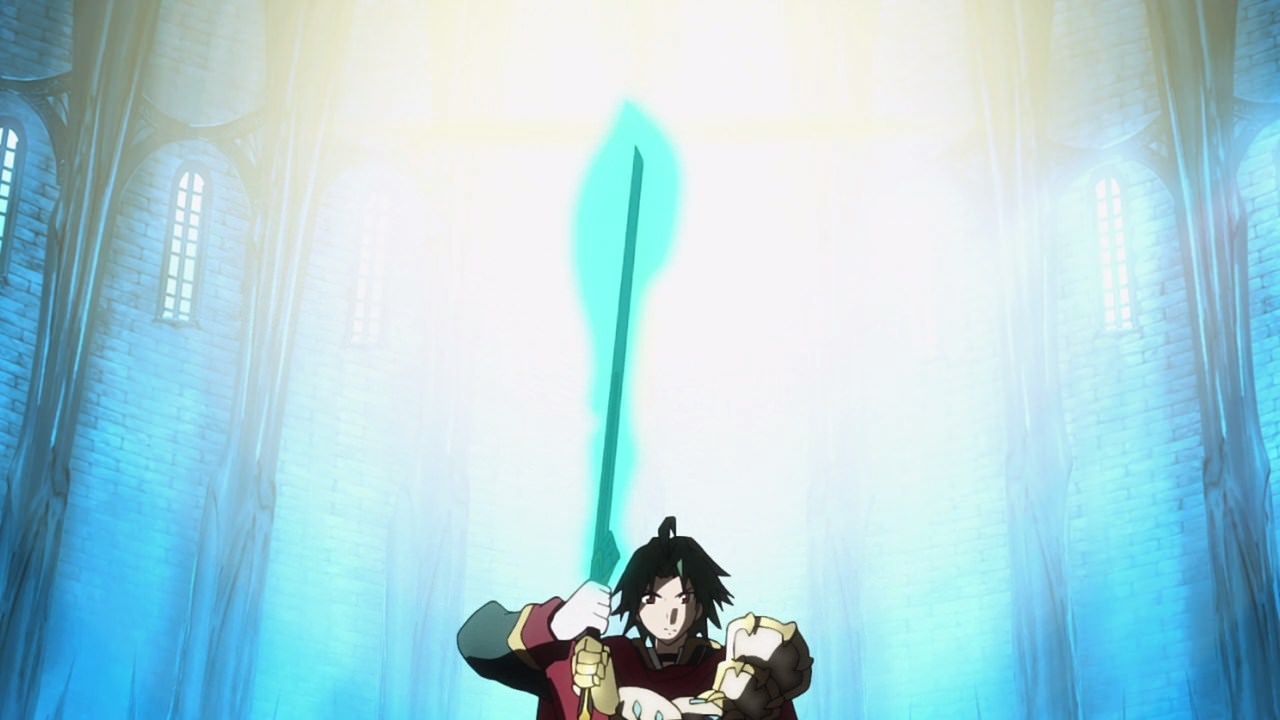 Anyways, time for the final blow that’ll be delivered by none other than Emperor Theo Cornaro as his sword radiates with Priscilla’s light. 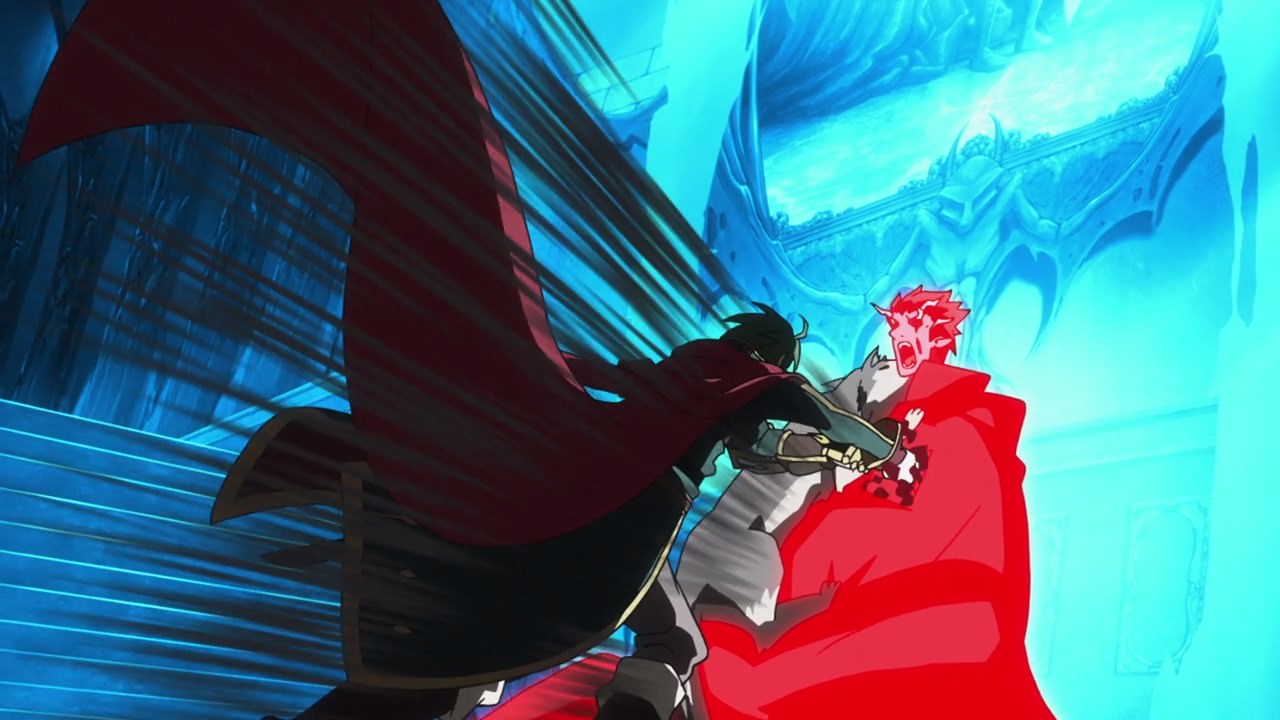 With a single thrust, one obstacle has been overcome as Lord Dmitrie is now defeated. Looks like this Vampire King will join the Werewolf Queen in the afterlife! 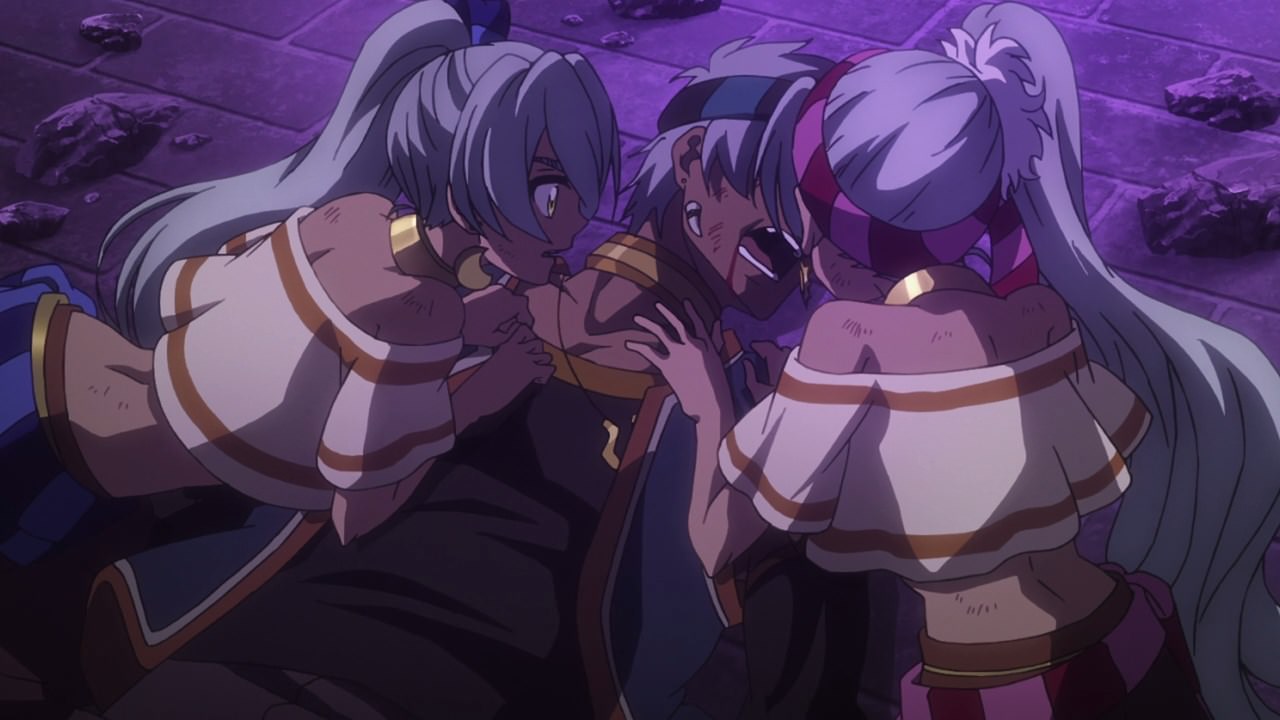 Of course, defeating the Vampire King will have some sacrifices as both Emma and Luna lost their dear brother Aeon.

It’s a shame that the werewolf twins lost their dear relative in order to stop the Chaos once and for all. 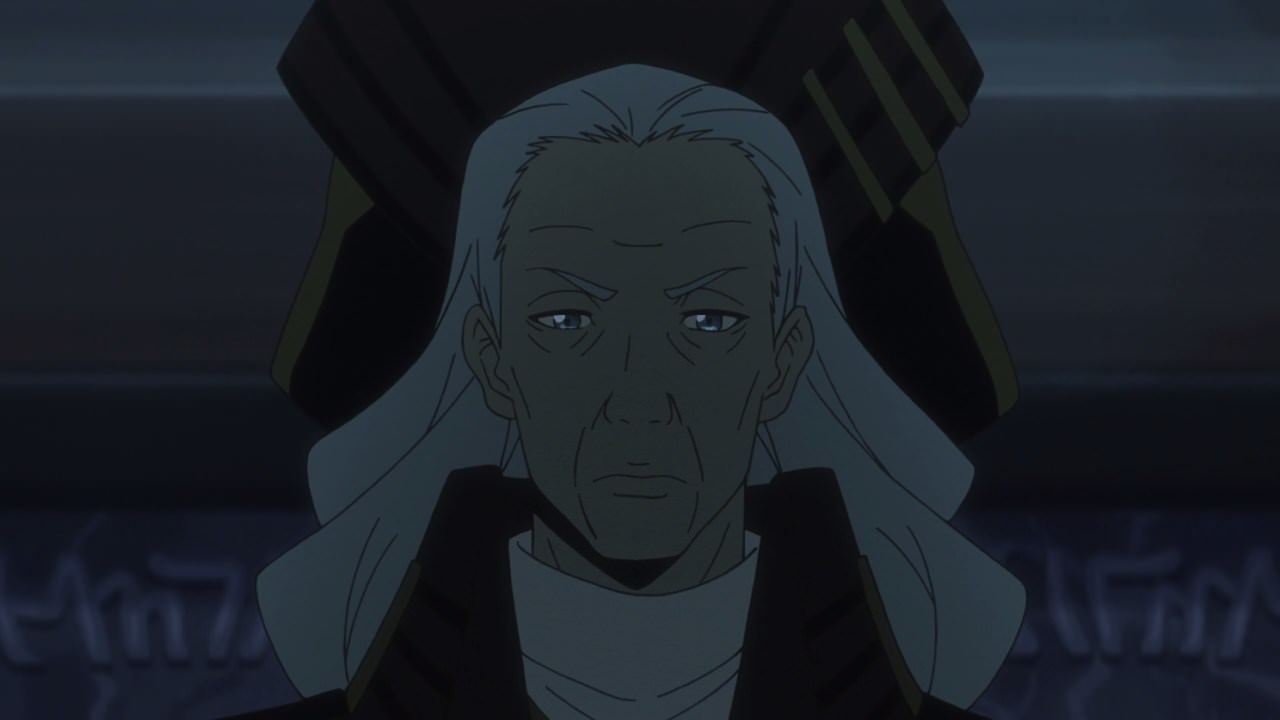 Now then, it’s time to meet the leader of the Mage Academy as Hubertus will tell both Theo Cornaro and Siluca Meletes the truth of why the Age of Chaos must continue. 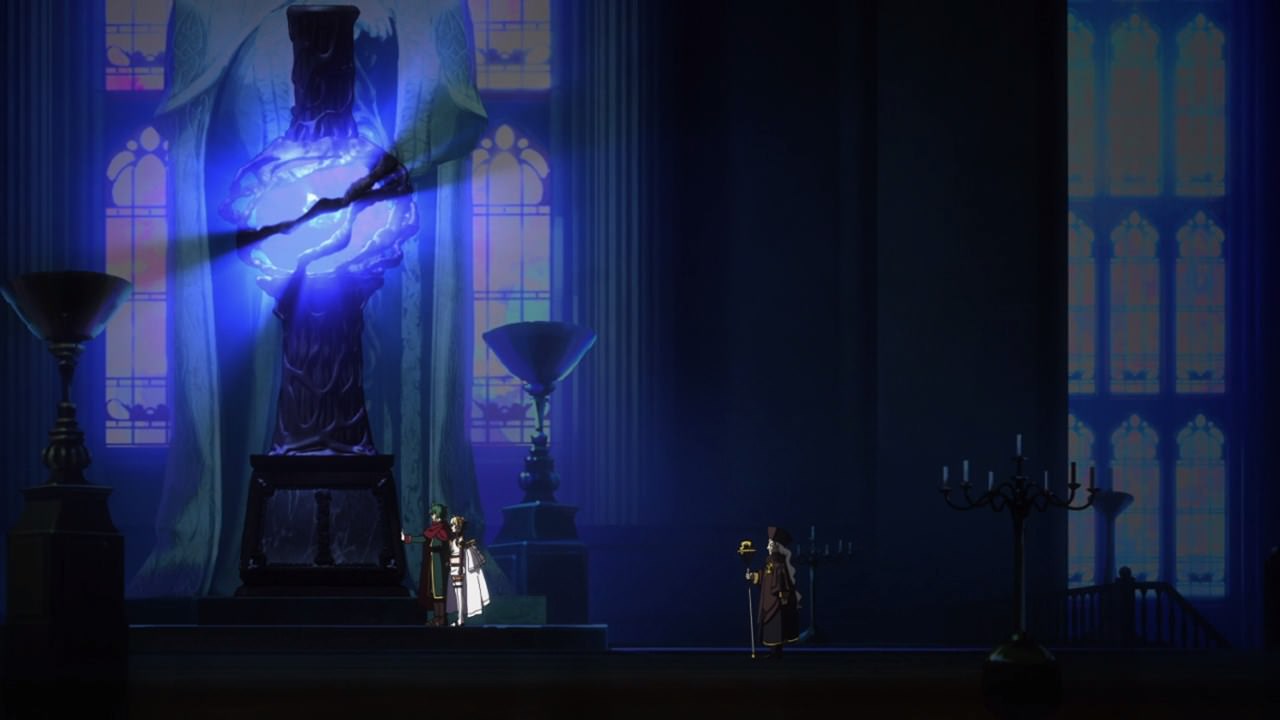 So, both Theo and Siluca went inside the Chaos Core where they’ll meet Lady Pandora. Then again, it could be a trap devised by Hubertus himself. 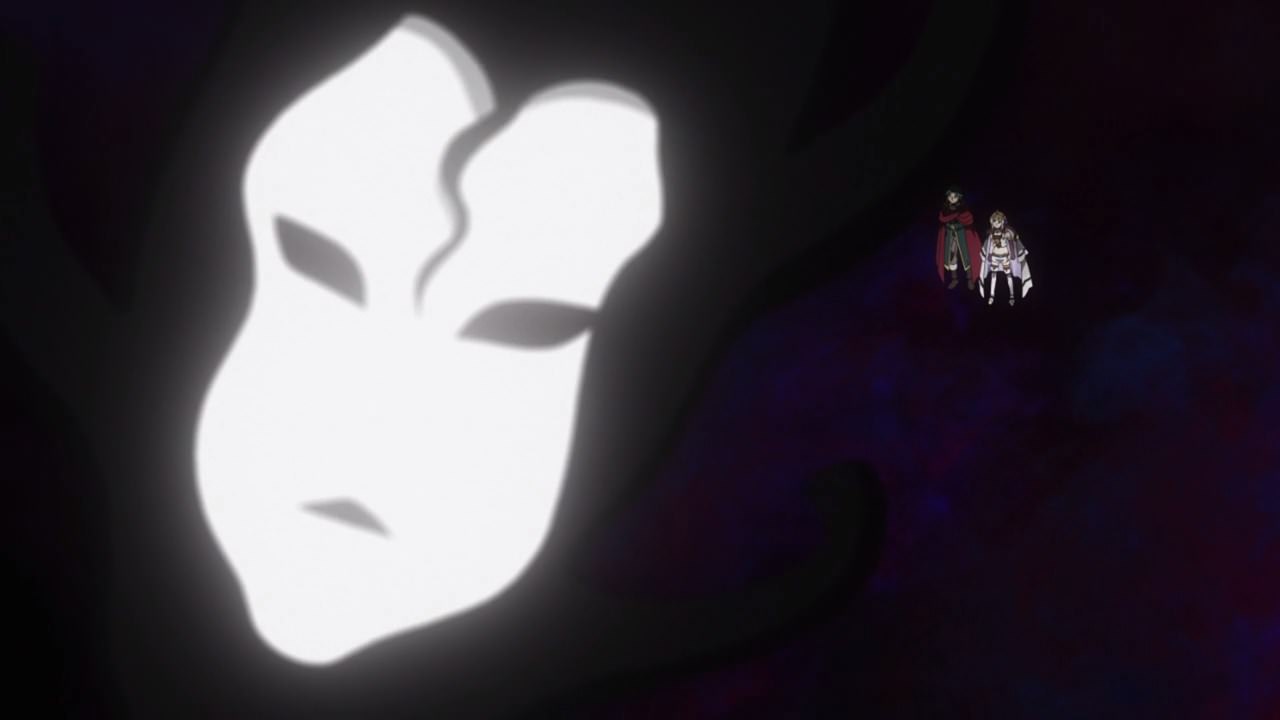 Anyways, both Theo Cornaro and Siluca Meletes met Pandora where she insists that the Age of Chaos must not end. Hmm, I wonder why she’s saying that like a broken record.

Turns out, the real Pandora is already dead and all that remains is her memories. But here’s the fascinating one as they dig deeper into Pandora’s dormant memories. 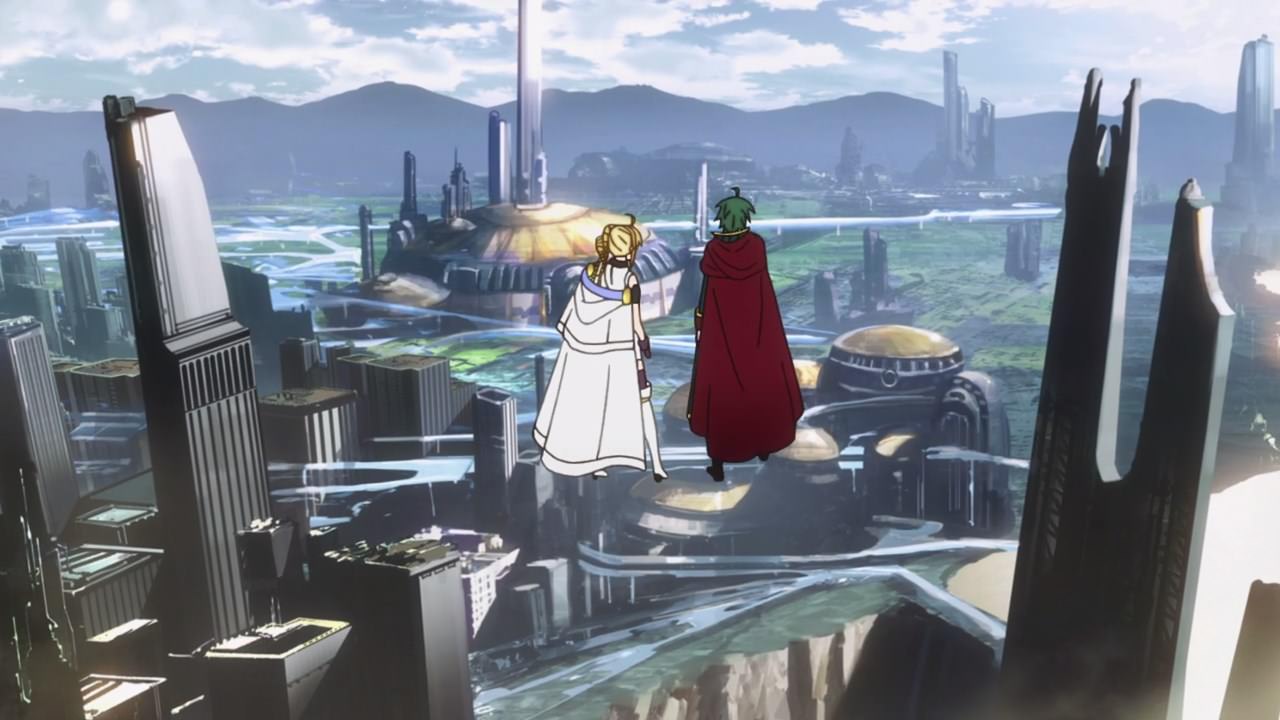 As you can see here, Theo and Siluca are surprised that there’s an advanced civilization existed before, full of tall buildings and flying vehicles.

Unfortunately, this civilization has met its end when humanity discovered the ultimate energy where it’s not only used to power up the entire world but to use it as a weapon. Hmm, could it be that Pandora is referring to nuclear energy? 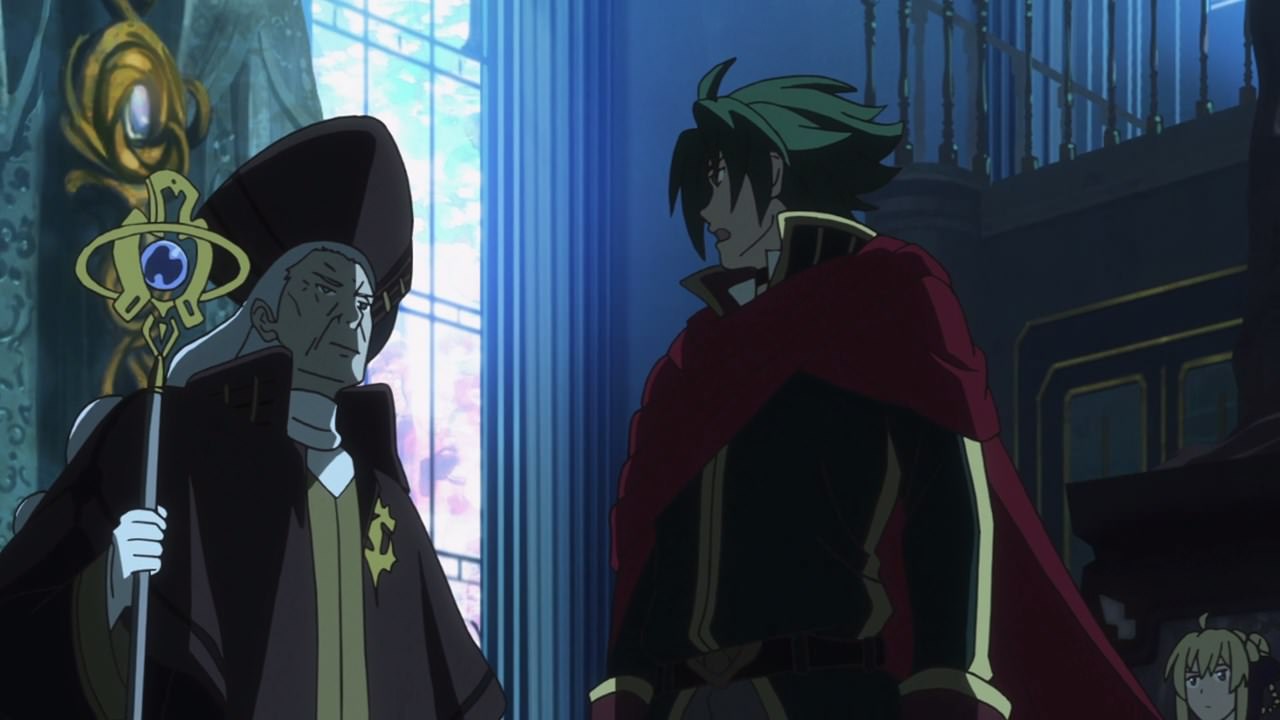 Regardless, Theo Cornaro’s opinion won’t change after meeting with Pandora as he’ll continue to usher a new era of peace. I mean, who wants to continue the Age of Chaos anyway?

With that said, looks like Hubertus gave up his attempts to stop Theo from achieving the Emperor’s Seal. 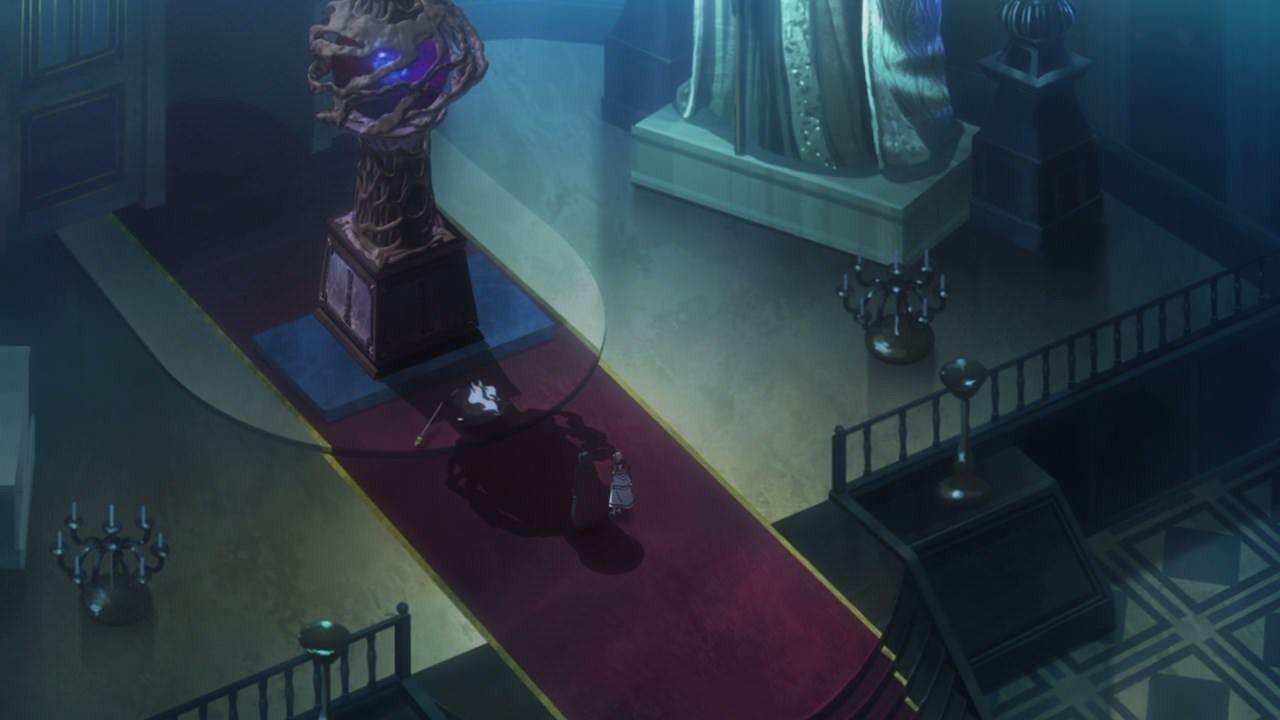 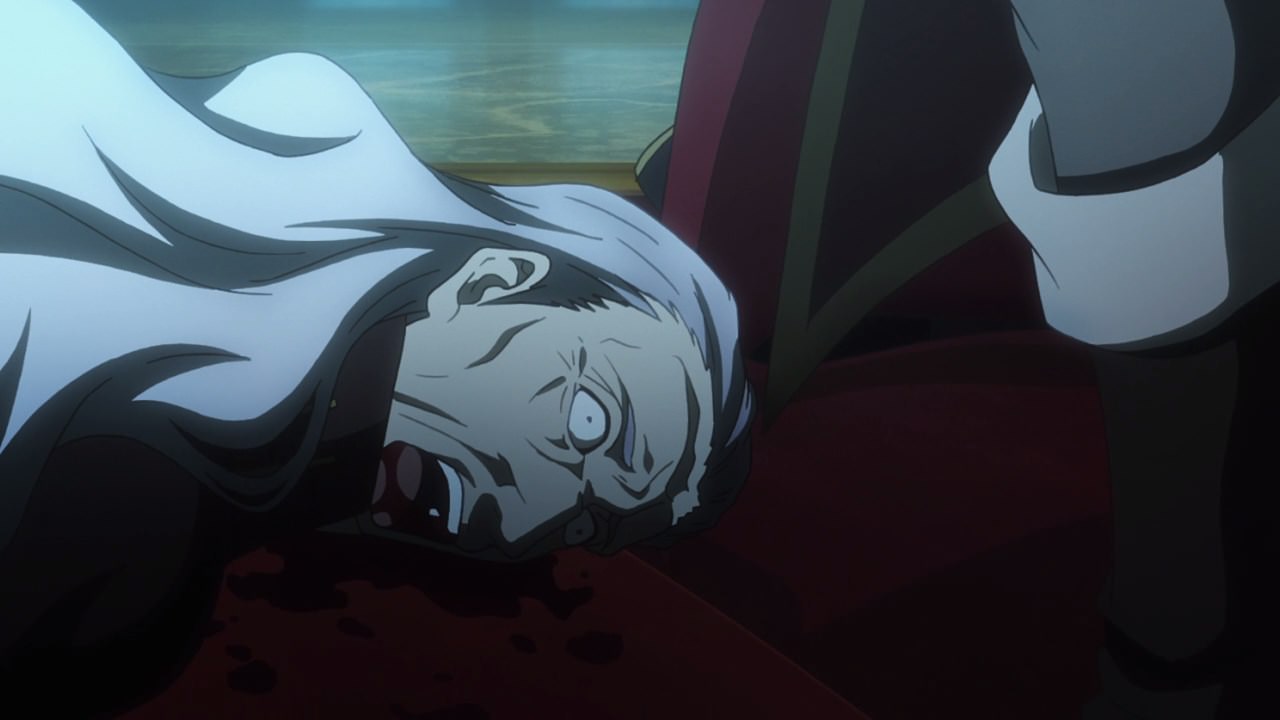 And afterwards, the leader of the Mage Academy just died after drinking a lot of poison. We’ll surely miss him!

In any case, the Age of Chaos has ended as the Mage Academy is no more, while the entire Atlatan continent will usher the new Age of Cosmos. 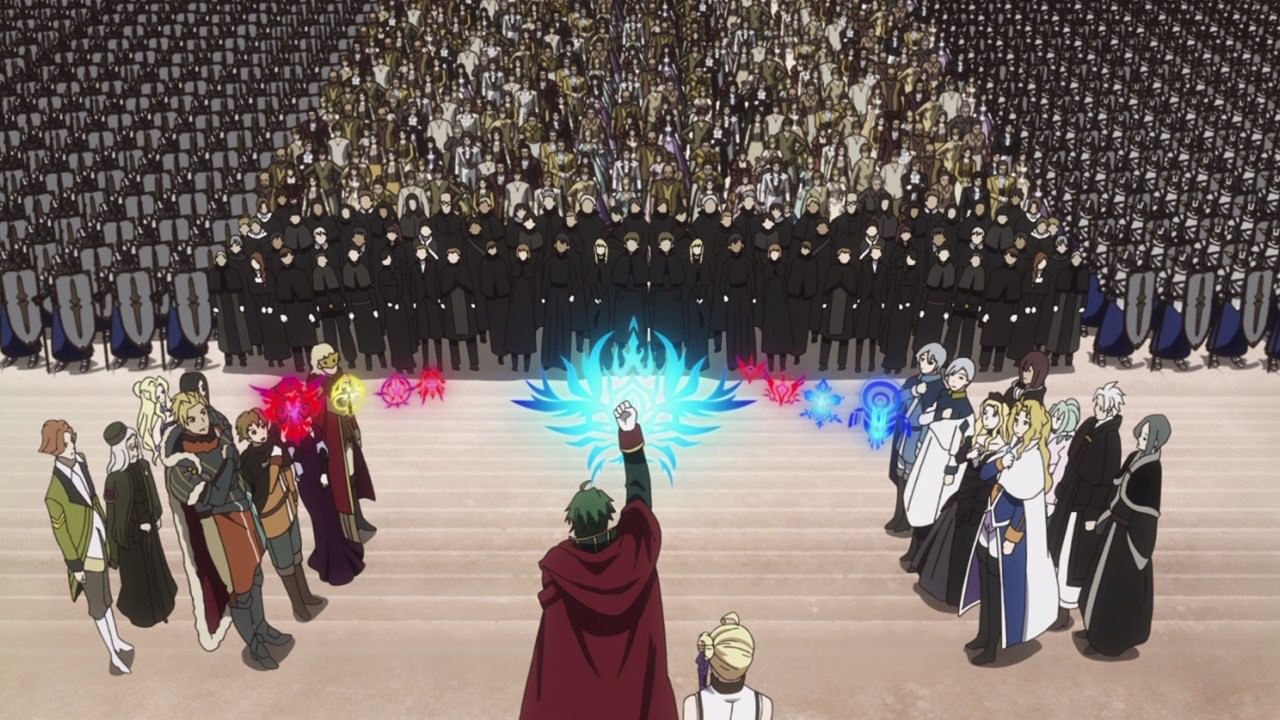 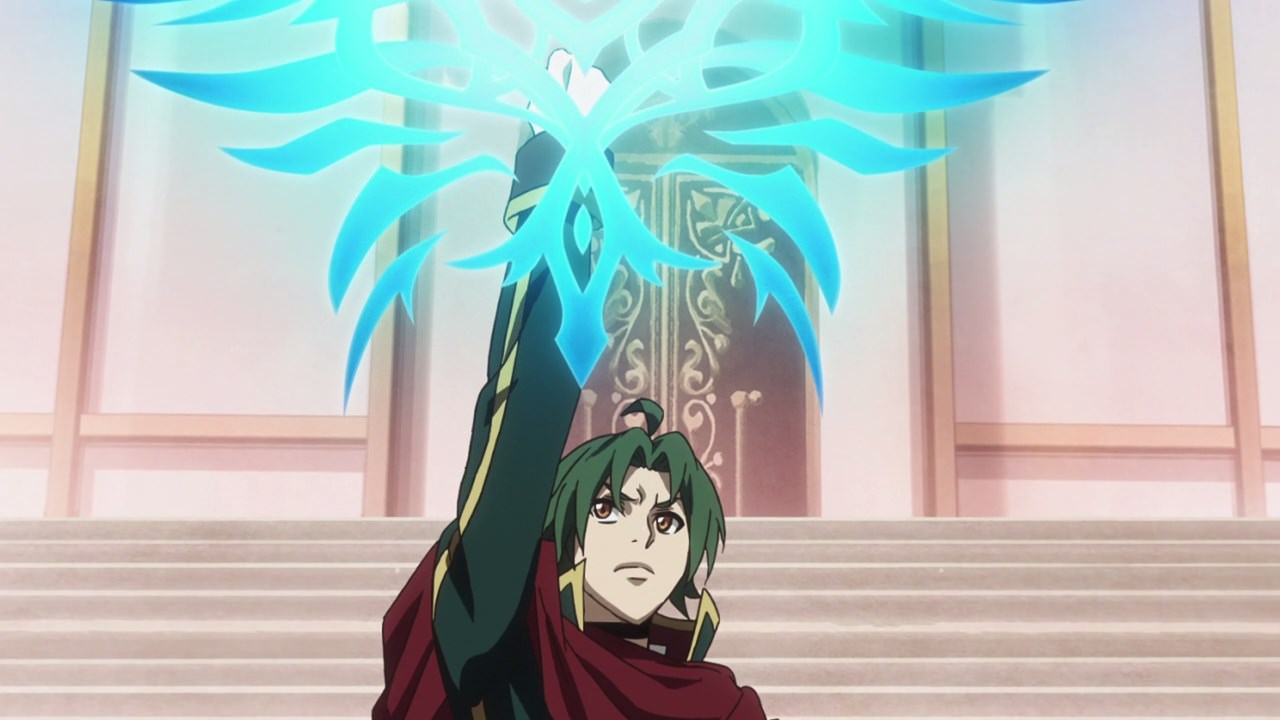 And now, it’s time to crown Theo Cornaro as the first emperor where he’ll lead everyone towards peace and prosperity, that’s the principle that he’ll uphold until Theo steps down.

Oh, and should anyone who became the emperor has violated those principles, the entire population have the right to oust the ruler. C’mon, who wants to bring back the Chaos? No one! 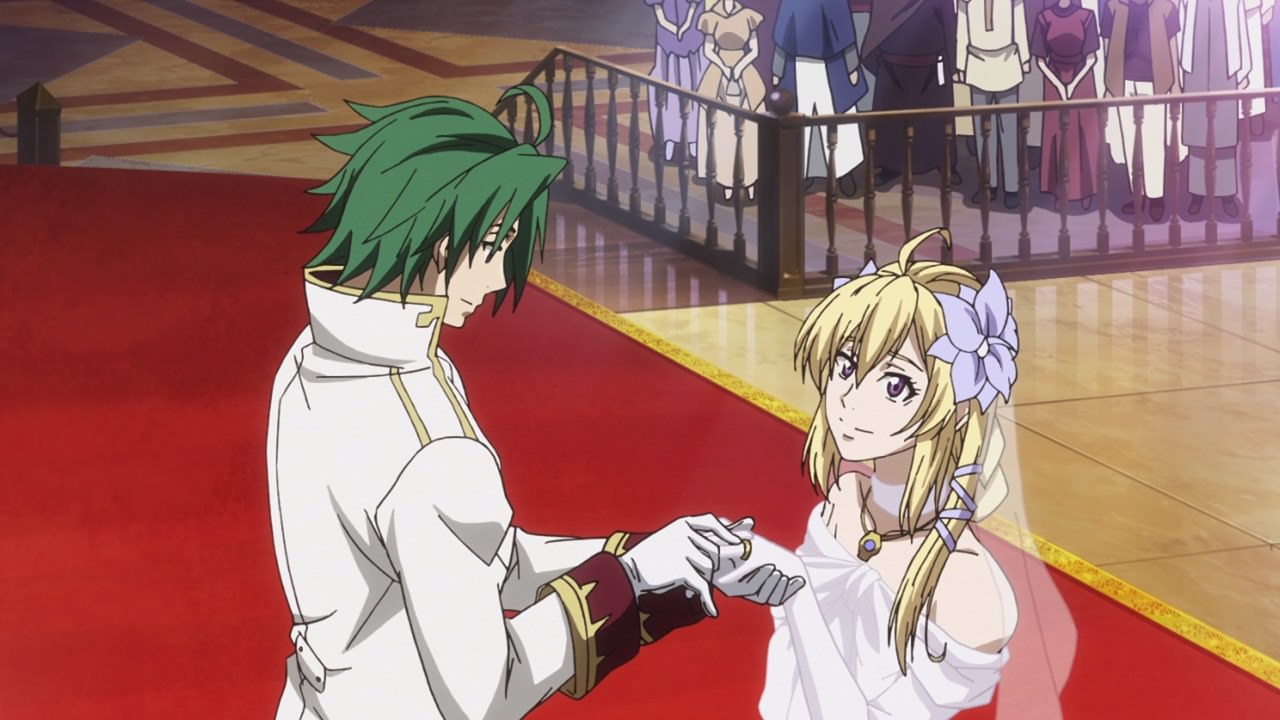 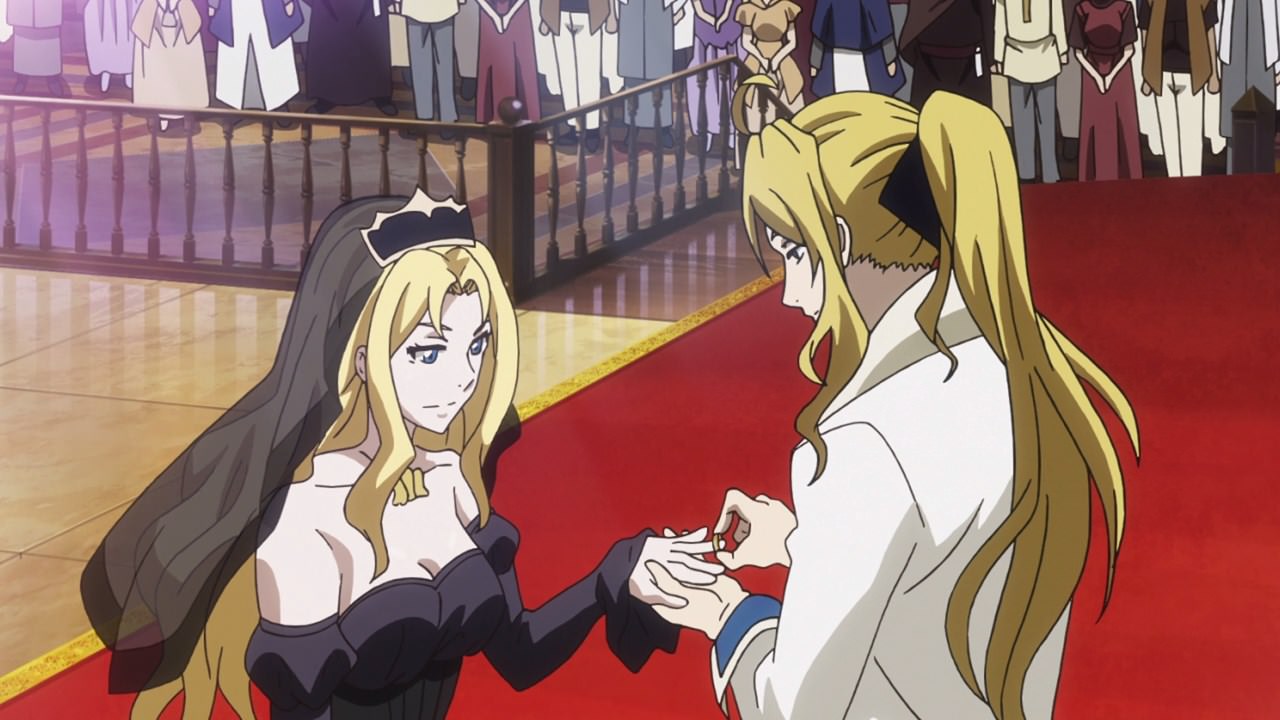 Finally, it’s time for a double wedding between Emperor Theo Cornaro and former mage Siluca Meletes, plus both Alexis Doucet and Marrine Kreische where it seems that she’s still wearing black. Dammit Marrine, are you still mourning your father’s death?

Well, at least the events of the Great Hall Tragedy is no more as it was replaced with a miracle. It’s amazing that we come a long way from waging wars to having peace across the continent. Sadly, the emergence of the Emperor’s Holy Seal means that magic and arts have disappeared. But hey, it’s better than continuing the chaos. 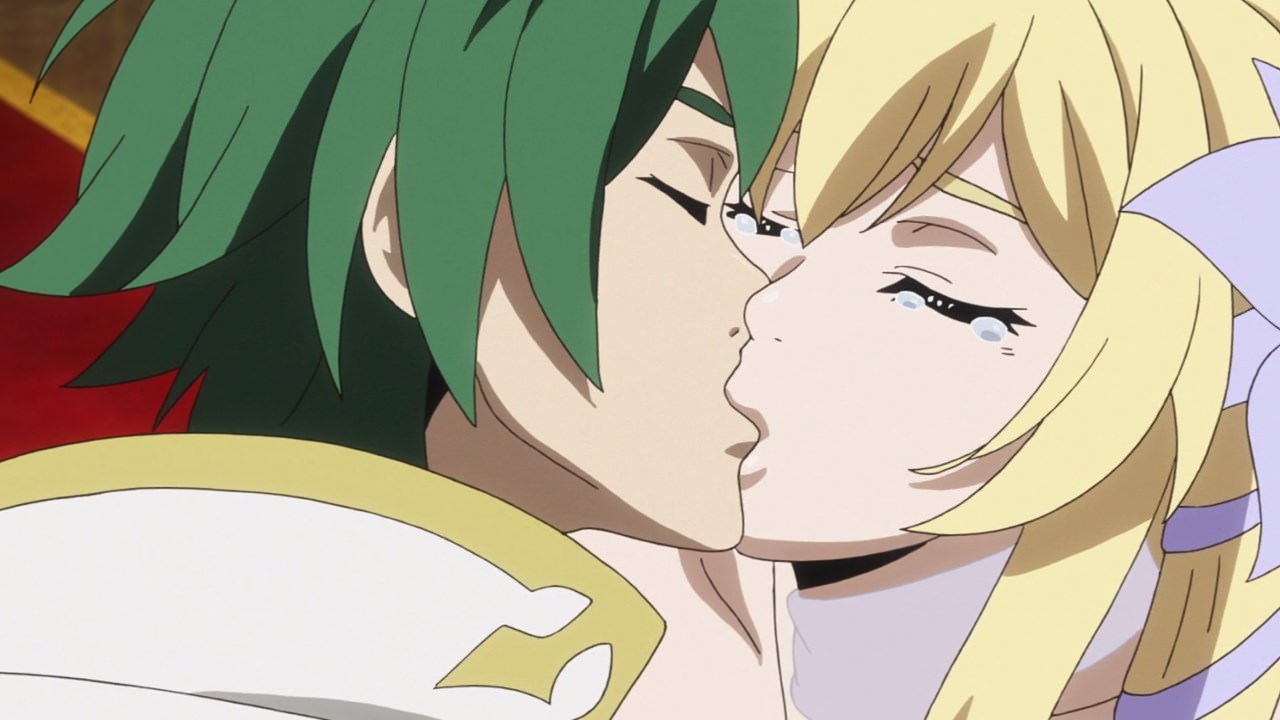 And now, let’s end this show with a kiss from Theo Cornaro to Siluca Meletes. Also, he abdicate his throne to Alexis Doucet as Theo will return to his hometown of Sistina as a lord together with his wife. By the way, I’m not gonna show the damn kiss between Alexis and Marrine.

Now for my final thoughts of this show as Record of Grancrest War is one roller-coaster full of ups and downs. Sure that A-1 Pictures is having trouble when it comes to animation quality, but what’s important is how the main character Theo Cornaro rose up from a mere commoner into a man that changed history. And really, his courage and charisma has not only got some allies to follow him, but Theo has managed to score the brightest mage Siluca Meletes as his wife.

Of course, I have some things that I don’t like such as Marrine Kreische and her questionable decisions that would forge peace between the Factory Alliance and the Fantasia Union instead of waging war against two superpowers, ranging from not recruiting Theo Cornaro in the first place to losing her virginity to Milza Kuces. And speaking of Milza Kuces, he shouldn’t defect to the Alliance in the first place because really, Milza is an idiot for being arrogant and not listening to others’ opinion that caused his downfall at the hands of Theo. Other than that, there’s a question of what happened to some characters like Lady Ulrica, Colleen Messala, and the surviving members of the Rossini Family. Seriously, I think Ryo Mizuno should create an epilogue of this series. 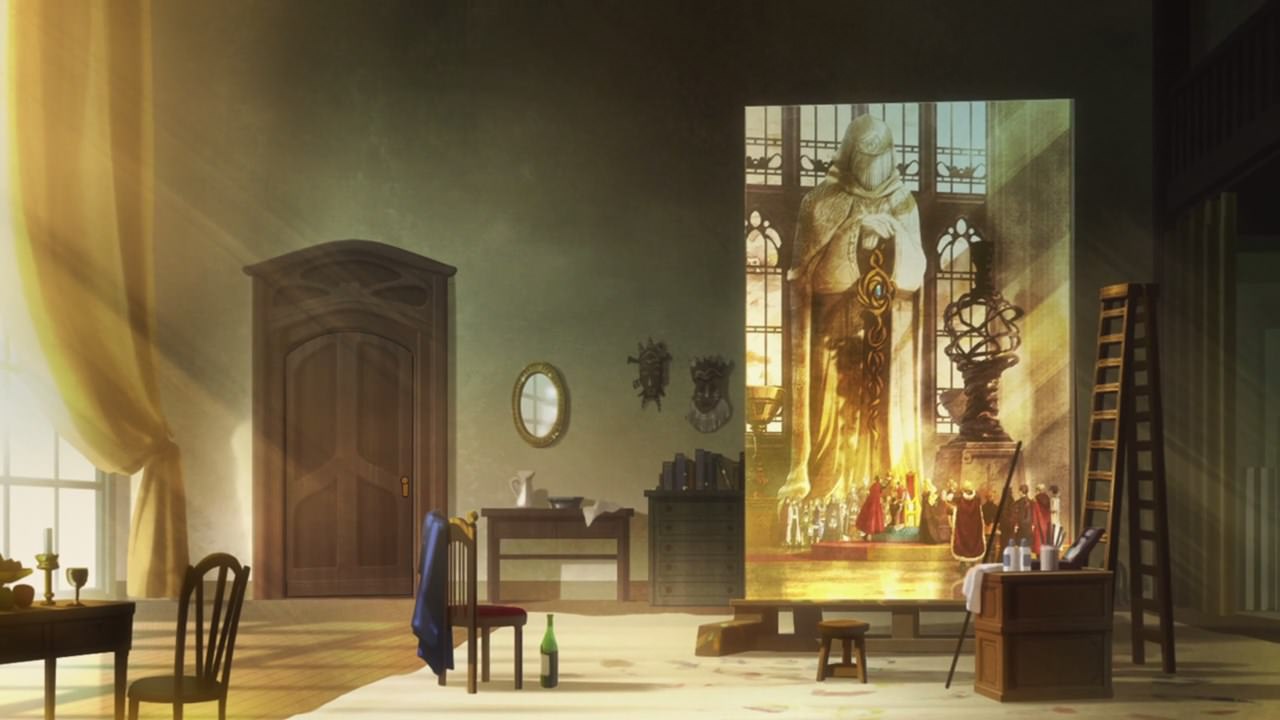 Anyways, I have to say that it was a fun show to watch and really, I have no regrets of watching the Record of Grancrest War!