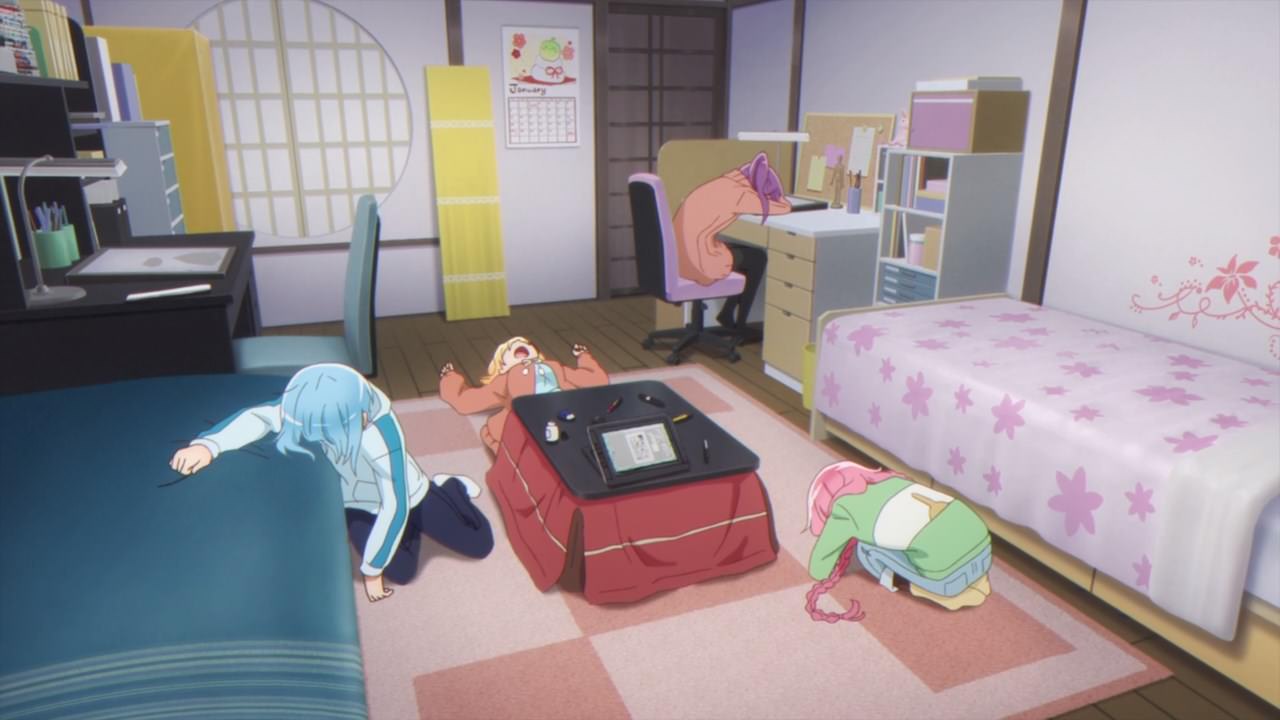 Well everyone, it’s the final episode of Comic Girls where Kaoruko Moeta and the rest are pretty much tired.

Oh yeah, it turns out that Koyume Koizuka, Ruki Irokawa, and Tsubasa Katsuki helped Kaos-sensei on finishing up the first half of her one-shot manga, so she thanked them for their assistance. 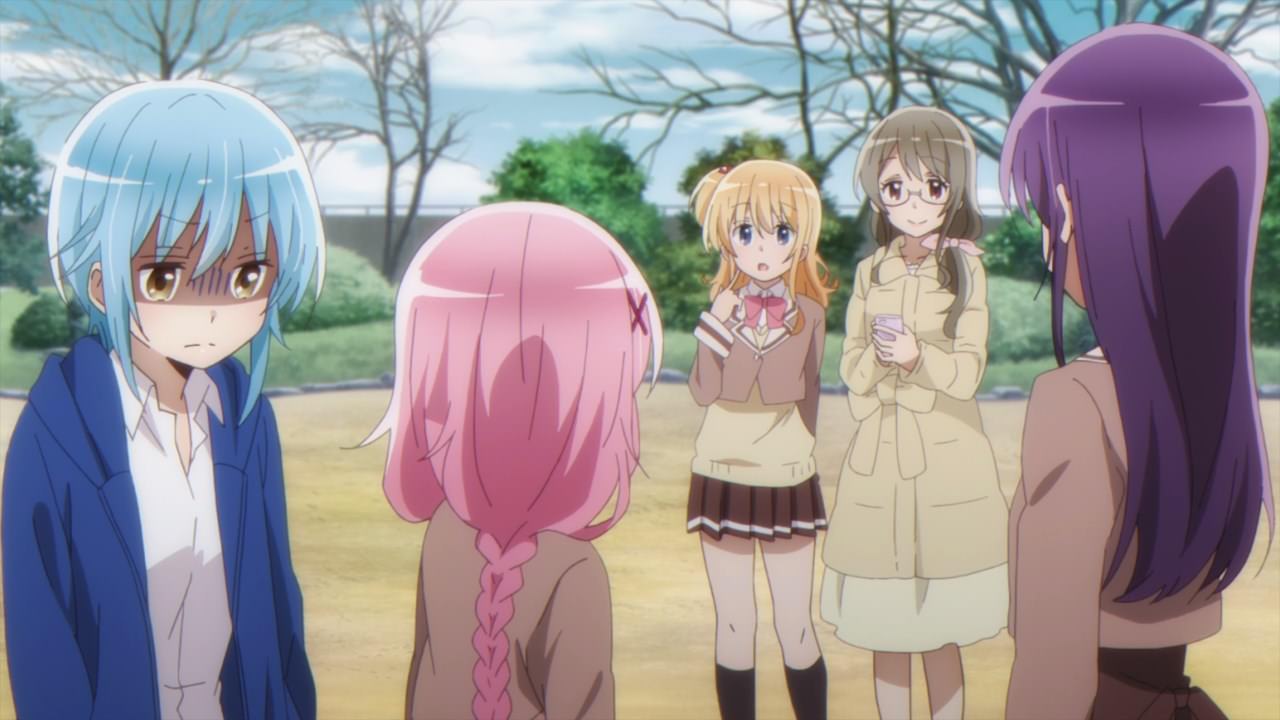 But now, they need to take their leave as not only it’s winter break, but their dormitory will be closed and demolished so they don’t have a place to return to once the new school year starts.

Then again, the likes of Tsu-chan will have a torturous life back home. C’mon, her family are pretty strict, especially Tsubasa’s mother who she’s being called as the demon lord! 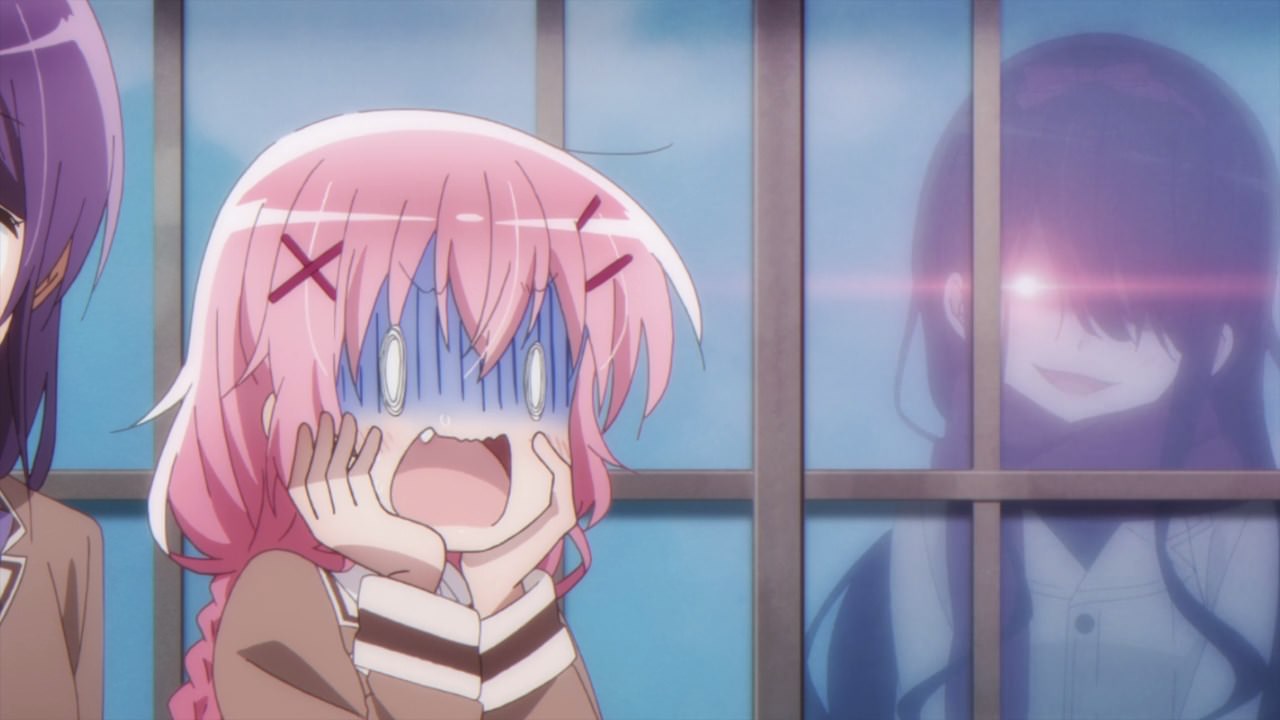 Also, Suzu Fuura will go back to her hometown just to visit some graveyards for her horror manga. Yeah, I must say that I’ll miss this creepy girl that haunts Kaos-chan through the night! 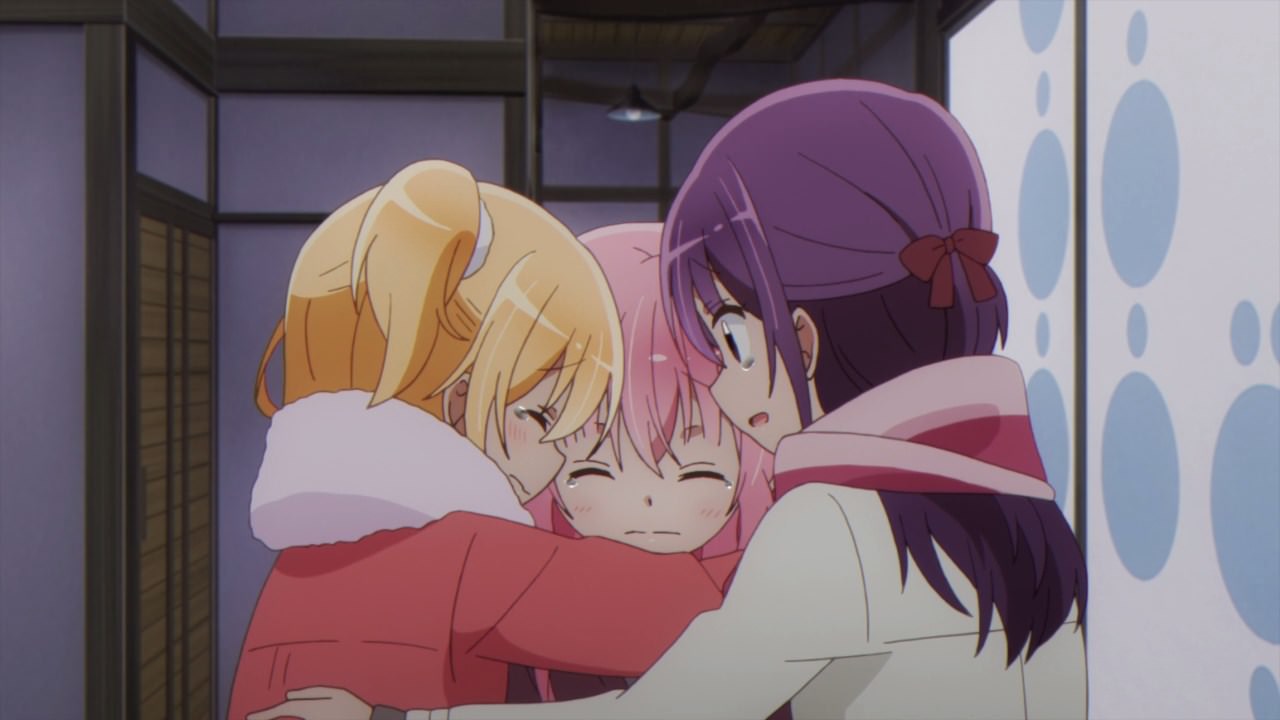 Oh and one more thing, seems that Kaoruko Moeta will stay at the dorms for a little, which is sad for both Koyume and Rukki as they’ll surely miss Kaos-chan.

However, Kaos-chan told them that she’ll be fine by herself as she has to finish the second half of her one-shot manga “Comic Girls”. 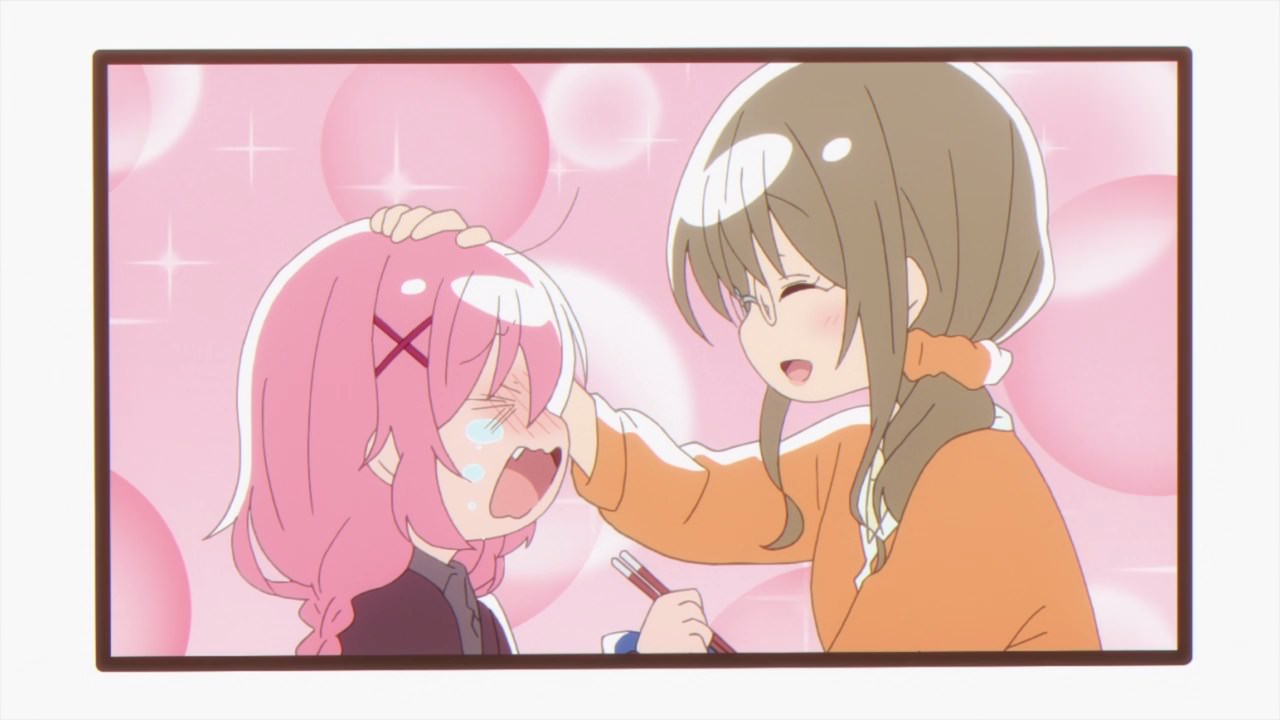 But in truth, she’s pretty much sad and very lonely that the only companions that Kaos-sensei has is Nyaos-sensei and Ririka Hanazono.

Poor Kaoruko Moeta, her loneliness prevented her from finishing her manga the way she wanted… 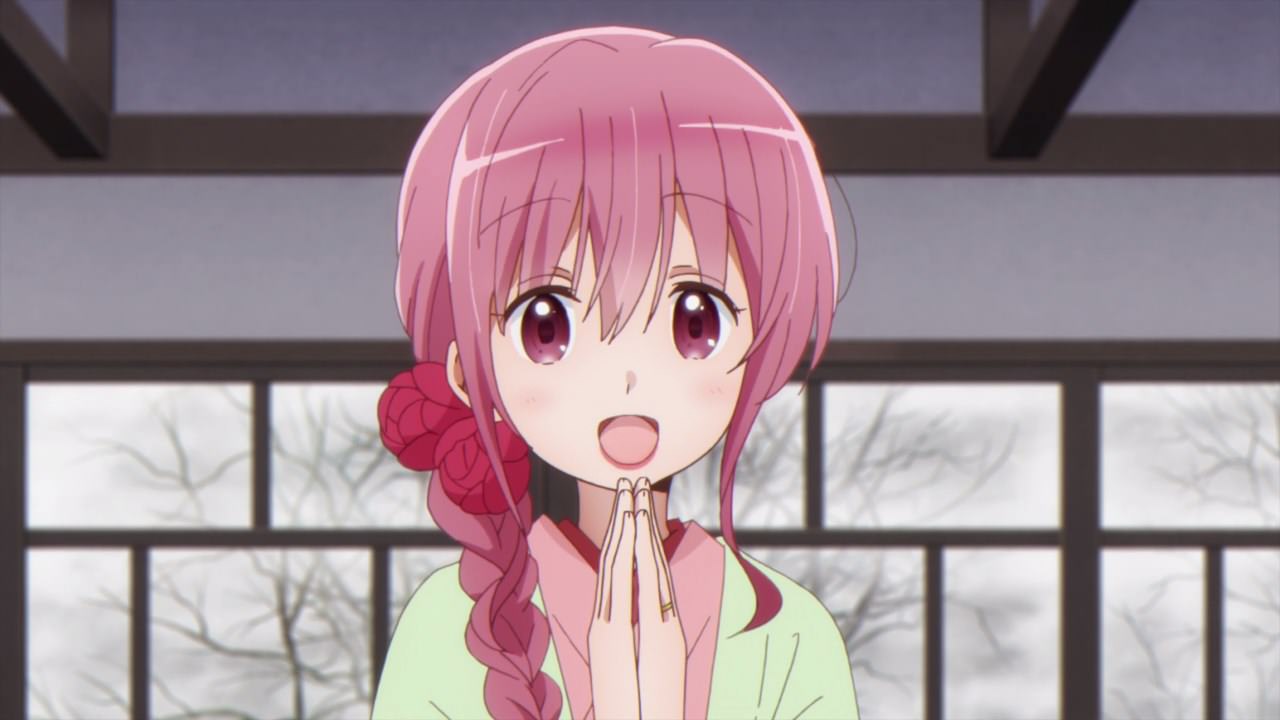 Now then, I would like to introduce you to Kaoruko’s mother named Haruko Moeta as she’s here to pick her daughter up. 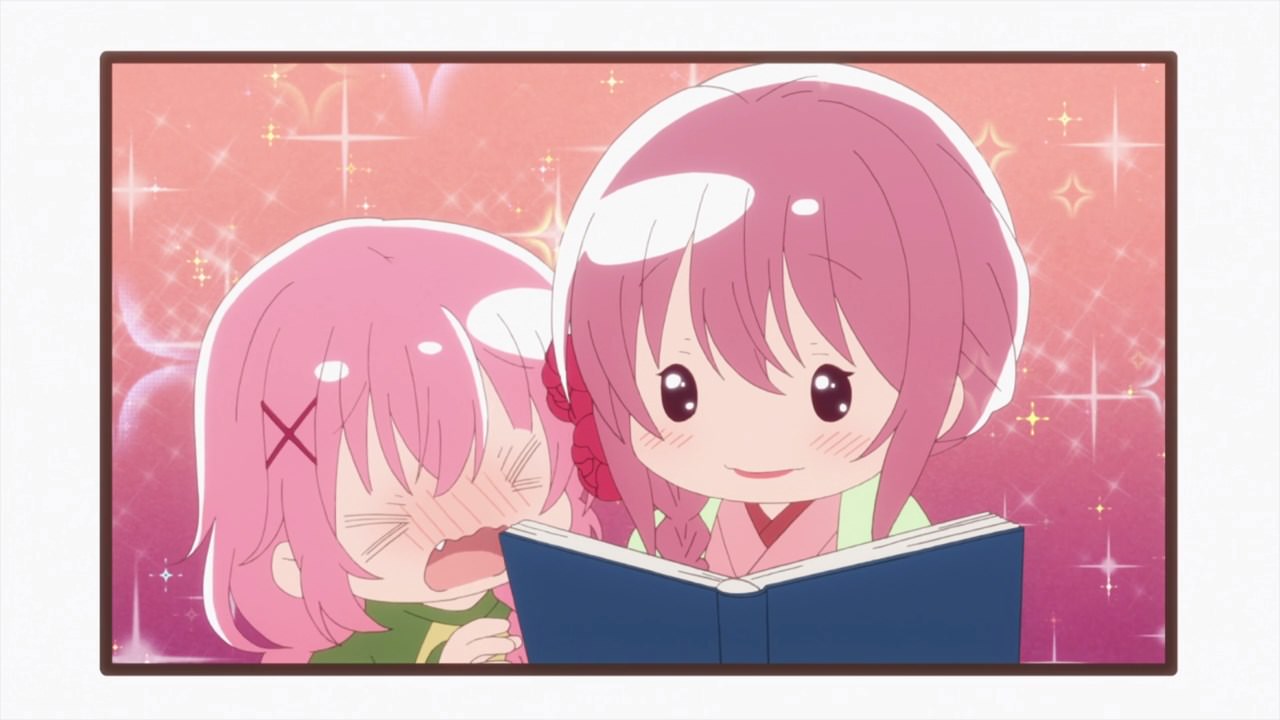 Then again, seems that Haruko-san is here to dote her daughter as she brought her album full of embarrassing photos.

Still, Kaos-sensei told her mother that she wants to stay at the dorms a bit longer. After all, she has to meet the deadline or Mayu Amisawa will be angry. But wait, Kaoruko is still sad that she has no friends to help or encourage her? 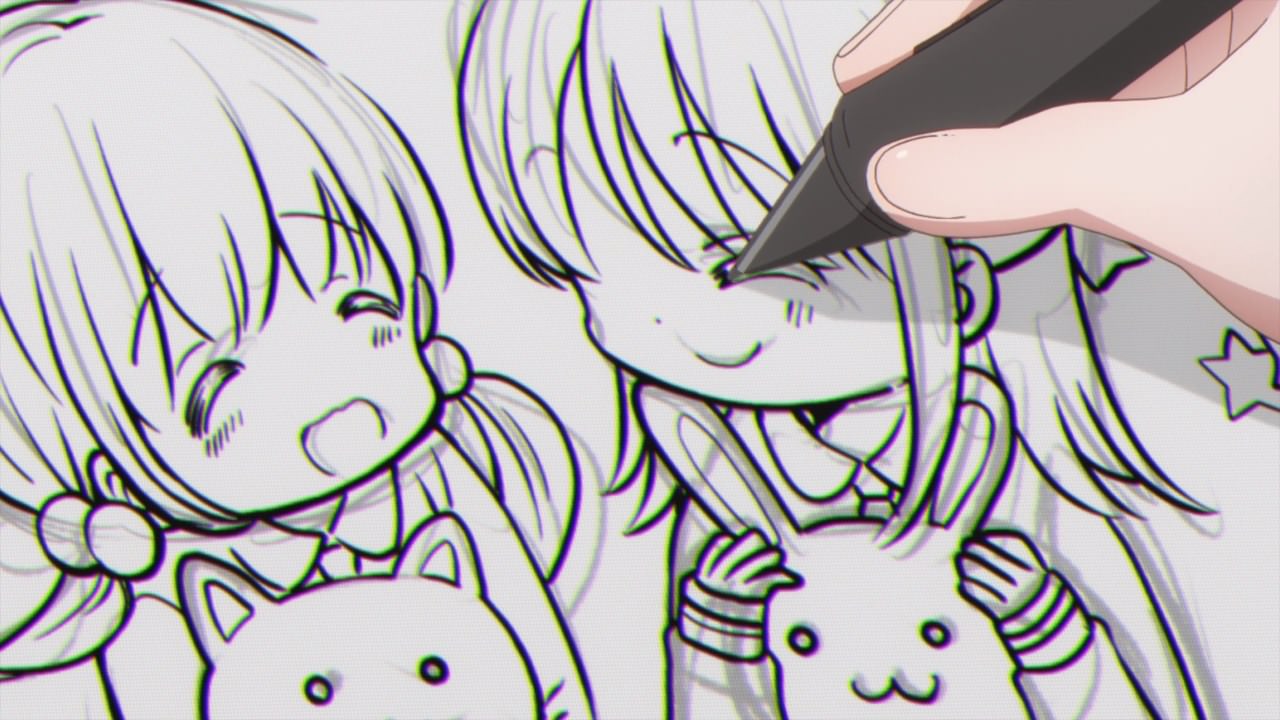 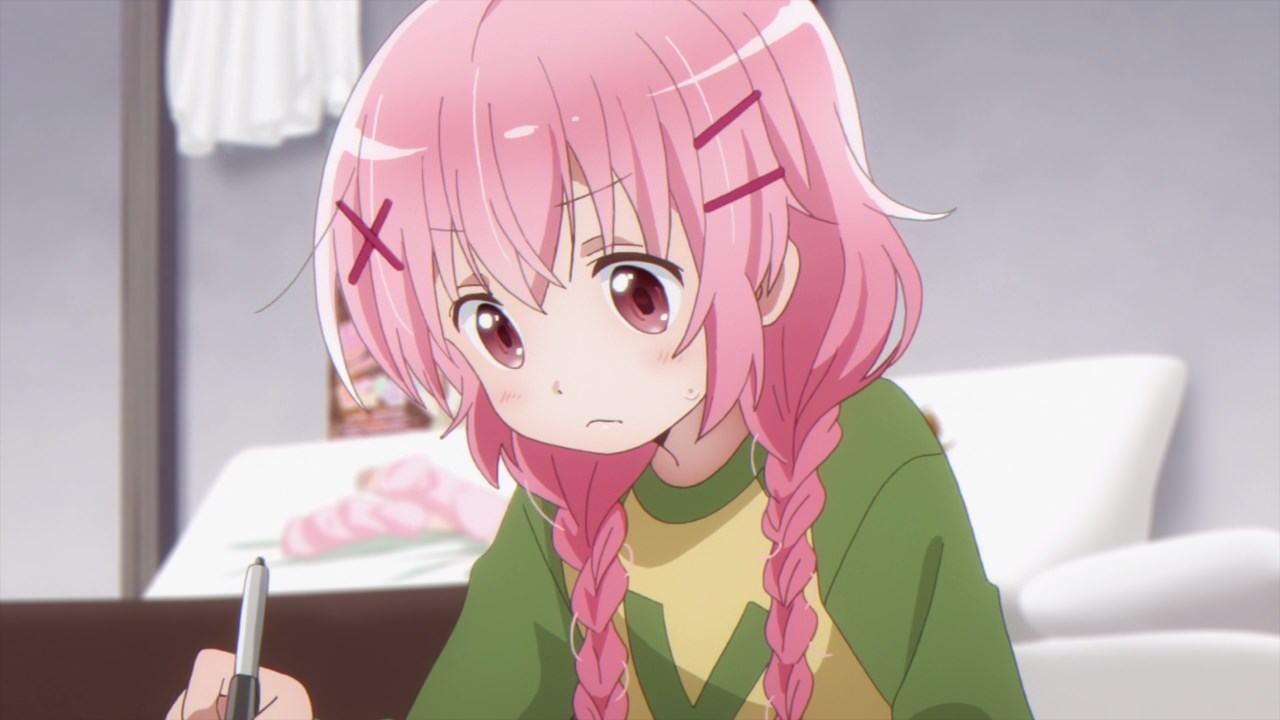 But you know what, I think that no matter how far they are, the likes of Koyume Koizuka, Ruki Irokawa, and Tsubasa Katsuki will always support her no matter what.

In any case, Kaoruko Moeta got motivated on finishing the second half of “Comic Girls”. Just hoping that she’ll submit the manuscript before the deadline. 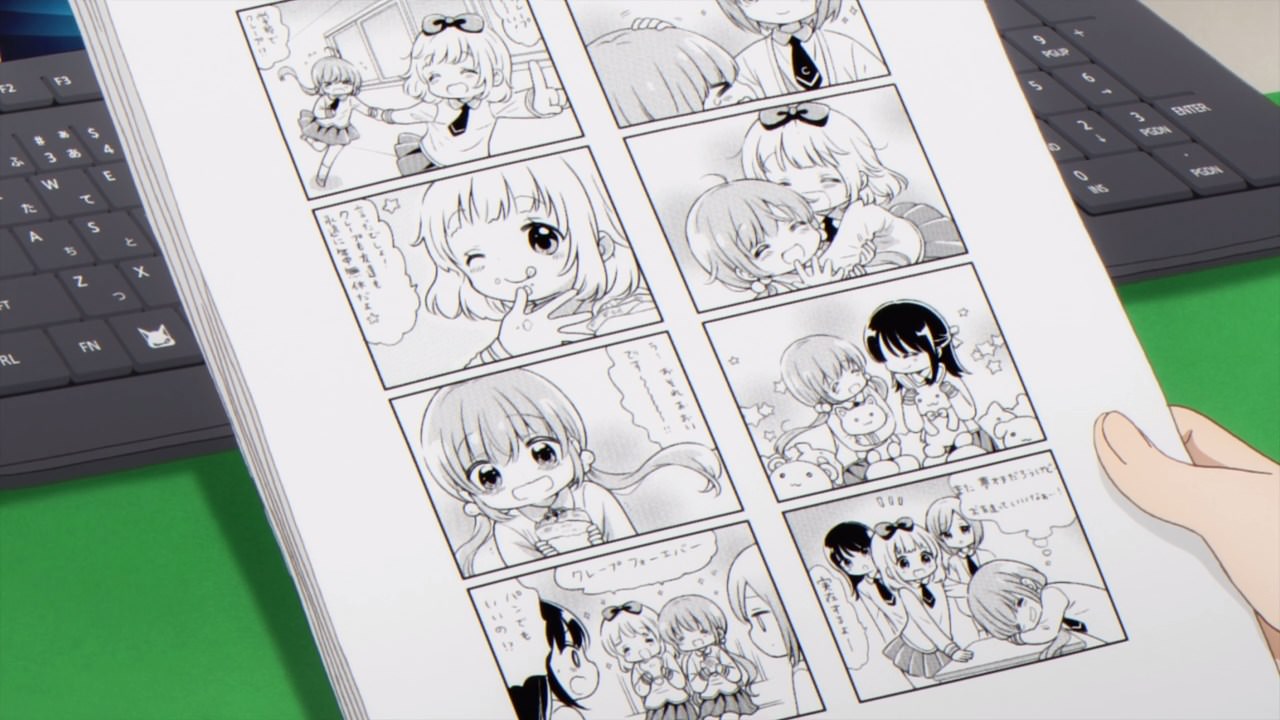 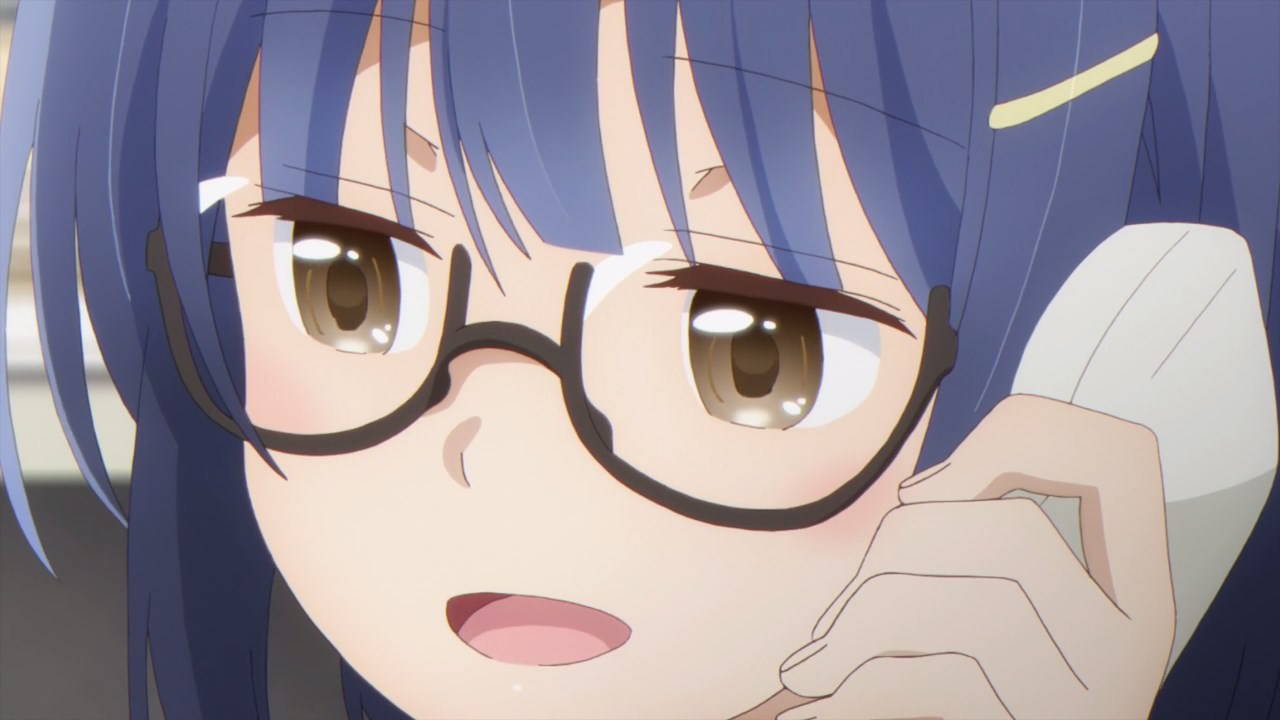 Fortunately, Kaos-sensei managed to submit her manuscript in the nick of time. And as for Amisawa-san’s feedback? Well, she enjoyed reading the second half that it was the best manga from Kaos-sensei.

I have to say that Kaoruko Moeta has really improved a lot from the first episode until now! 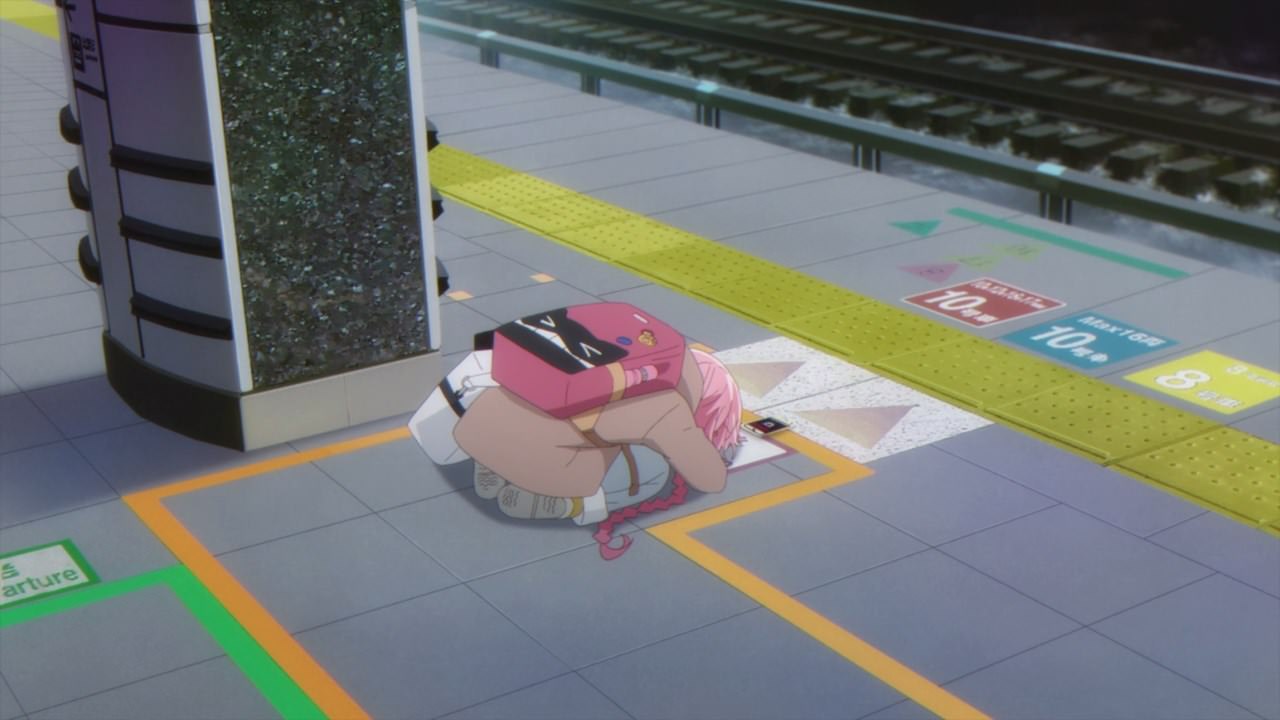 And as for Kaos-sensei? Well, she’s grateful towards Amisawa-san that she took a bow.

Um Kaos-sensei, you know that you have a train to ride back home and also, you looked weird when doing a dogeza at the phone. 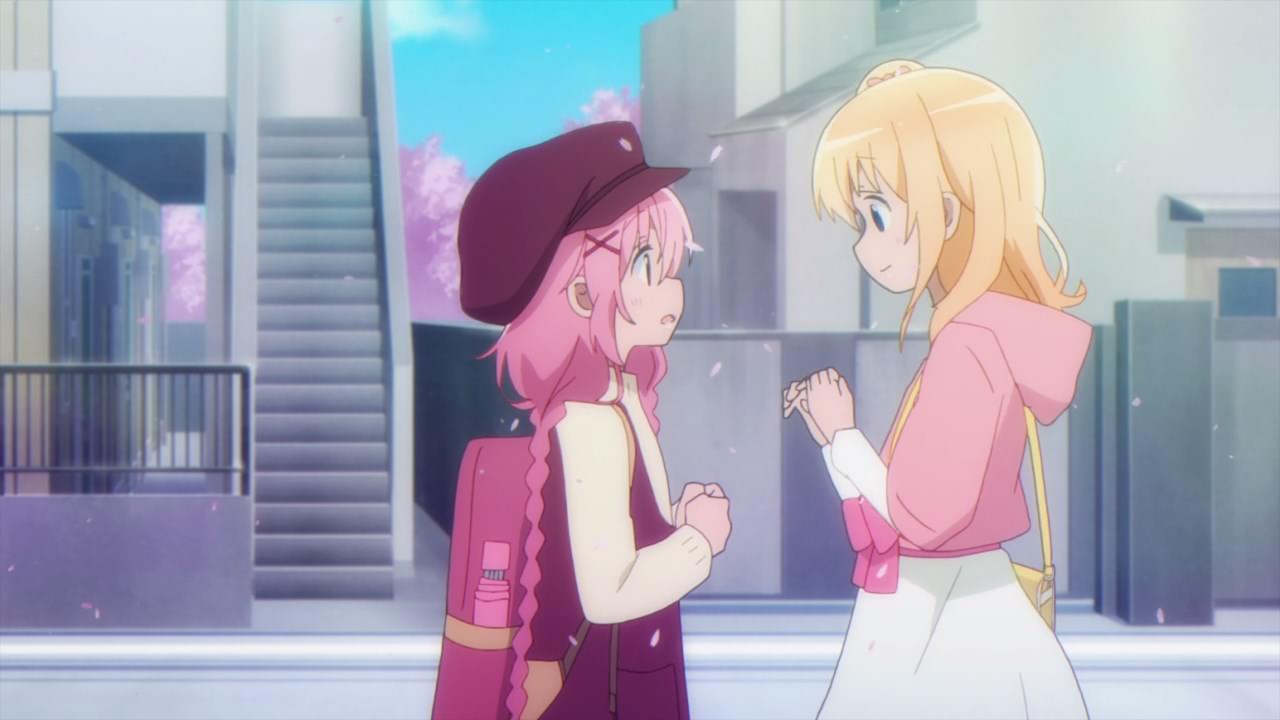 Anyways, a new school term starts as Kaoruko Moeta returns to Tokyo and it looks like Koyume Koizuka is happy to see her again. Not sure where she’ll stay since the old dormitory is now demolished. 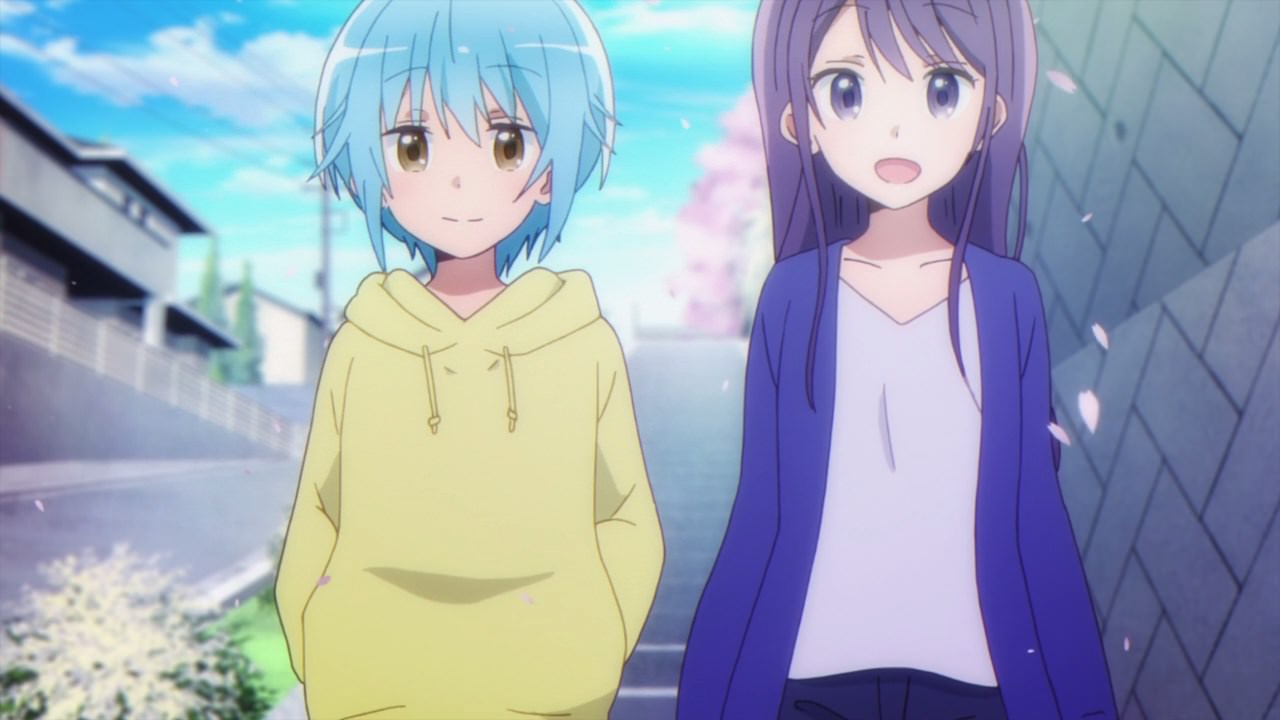 Also, both Tsubasa Katsuki and Ruki Irokawa are here as they welcome back Kaos-chan. Well, at least she has friends to keep her company! 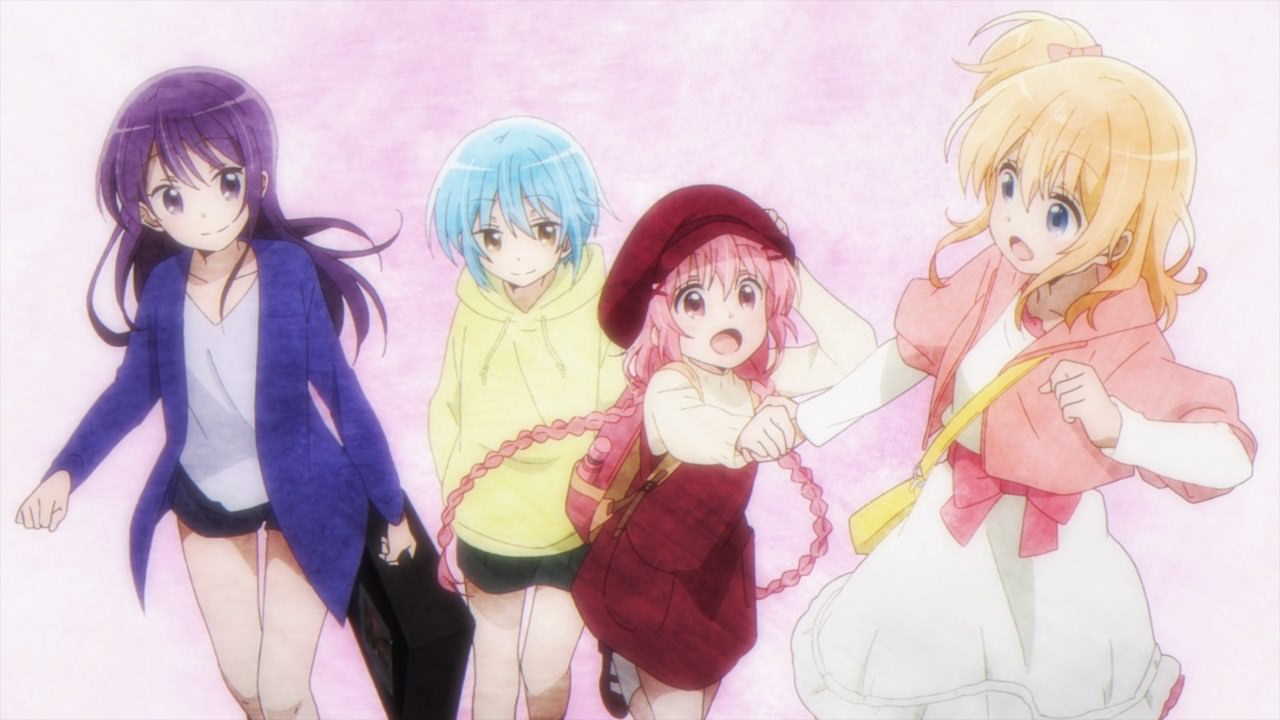 And that’s the end of Comic Girls and I must say that it was an enjoyable show to watch. I give props to Nexus for this adaptation, although we’ll never know if this would spawn a sequel or not.

But you know what, it’s great to see a show about creating manga that’ll be published in Bunhou- Oh wait, Houbunsha’s Manga Time Kirara! In any case, it’s time to say good-bye to Kaoruko Moeta and her friends. Seriously, we’re gonna miss them!