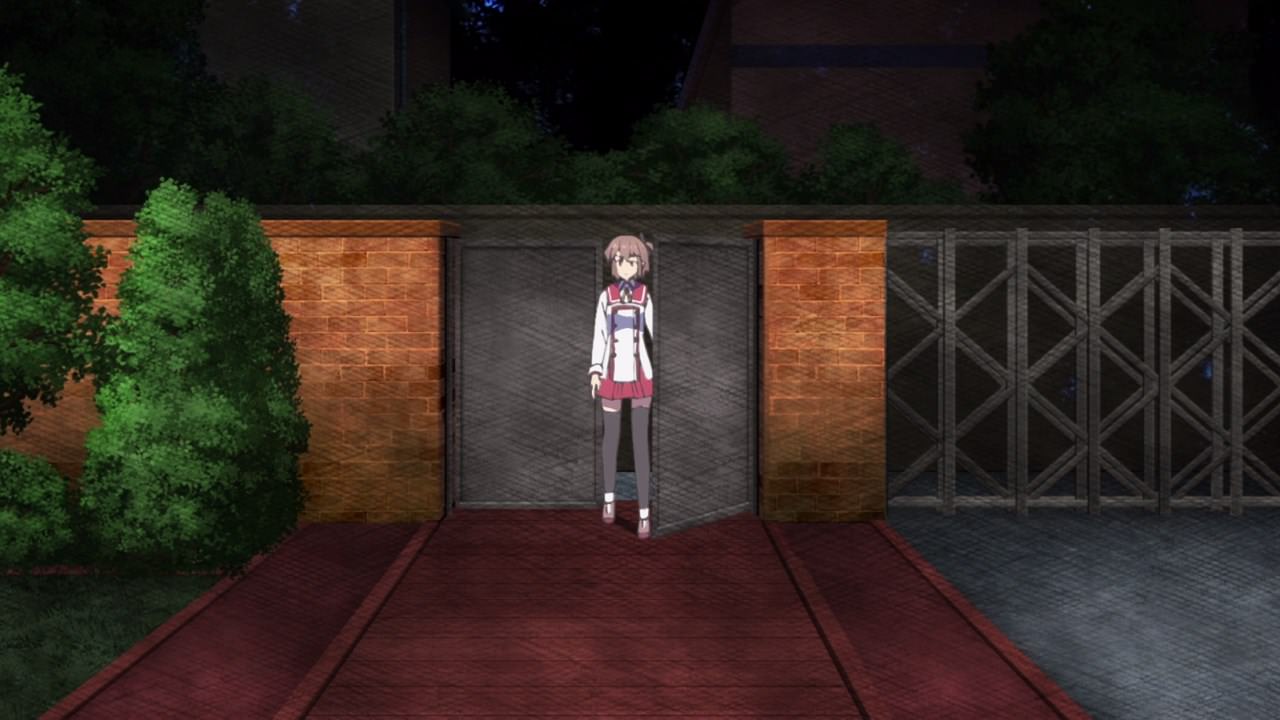 Hey everyone, we’re now at the finale of Toji no Miko where after sending Princess Tagitsu to the netherworld, both Kanami Etou and Hiyori Juujou are stuck in limbo. And really, it’s been two months since their disappearance. 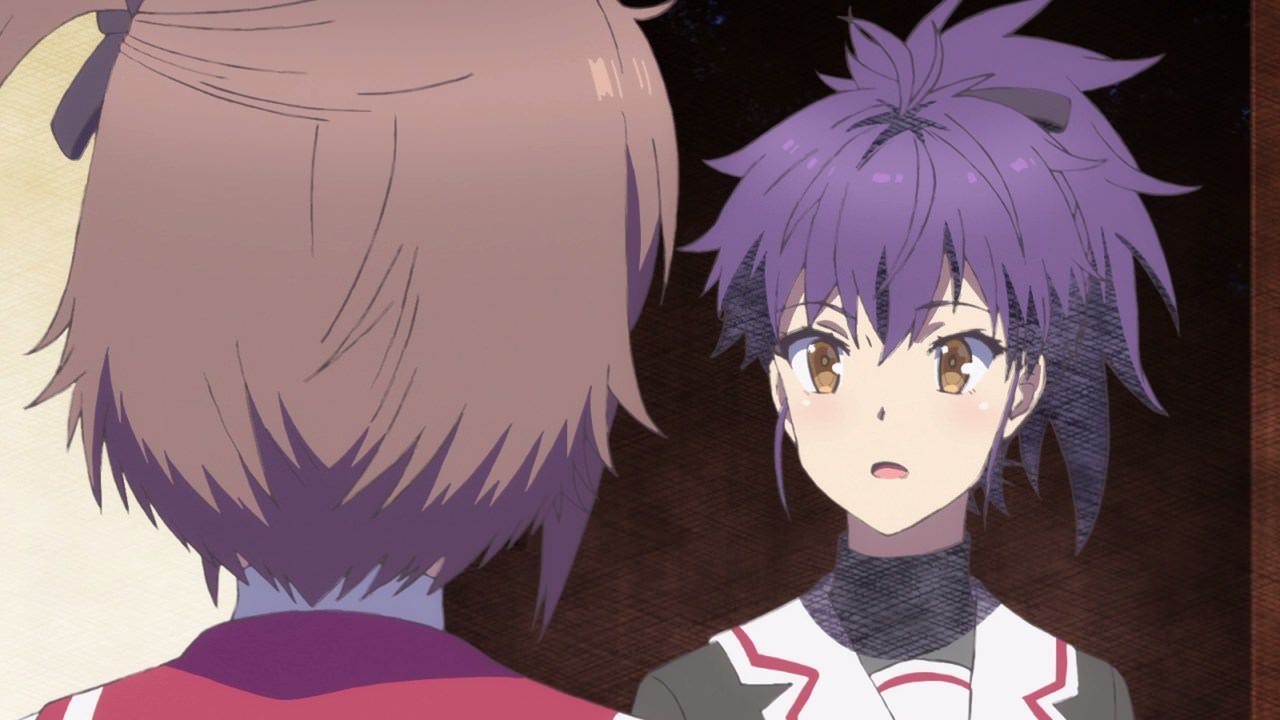 On the other hand, looks like Kanami met her master/mother Minato Fujiwara in which she’s surprised to see her daughter again on this strange place. Hmm, I wonder what happened to Hiyori-chan? 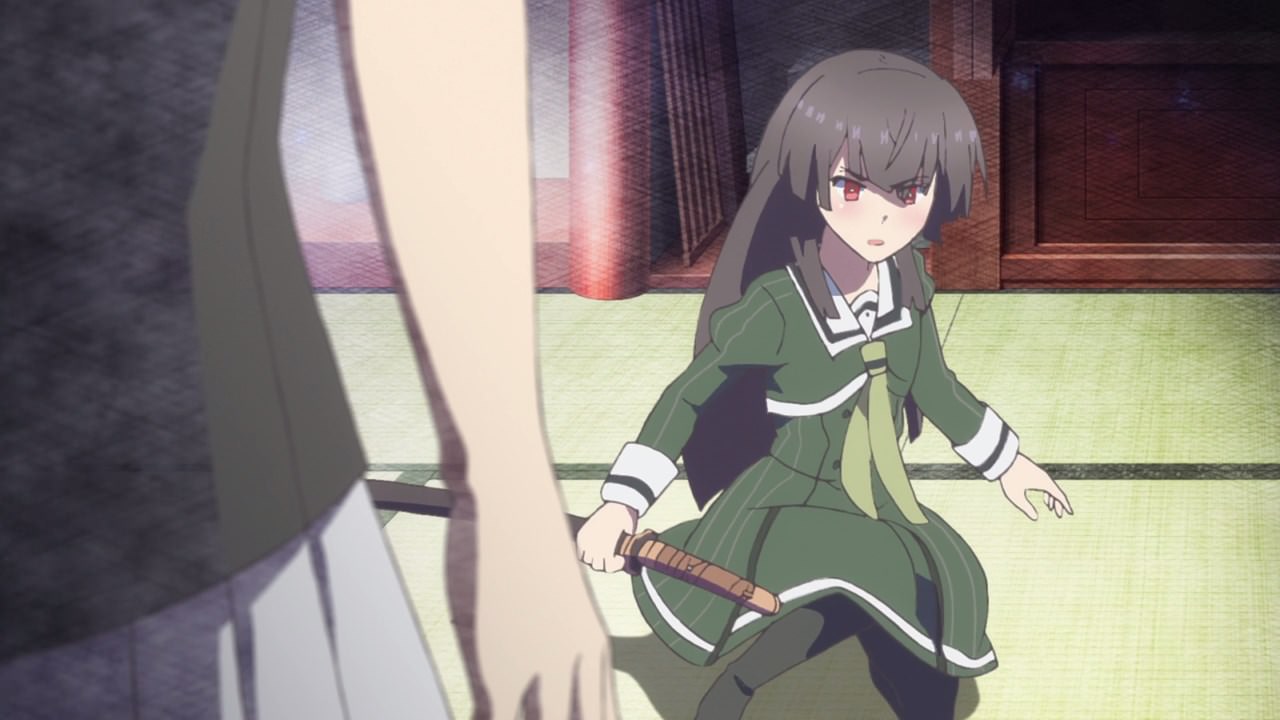 Speaking of Hiyori Juujou, she’s at her house where Hiyori is still searching for Kanami Etou. Then again, Hiyori will encounter a familiar person… 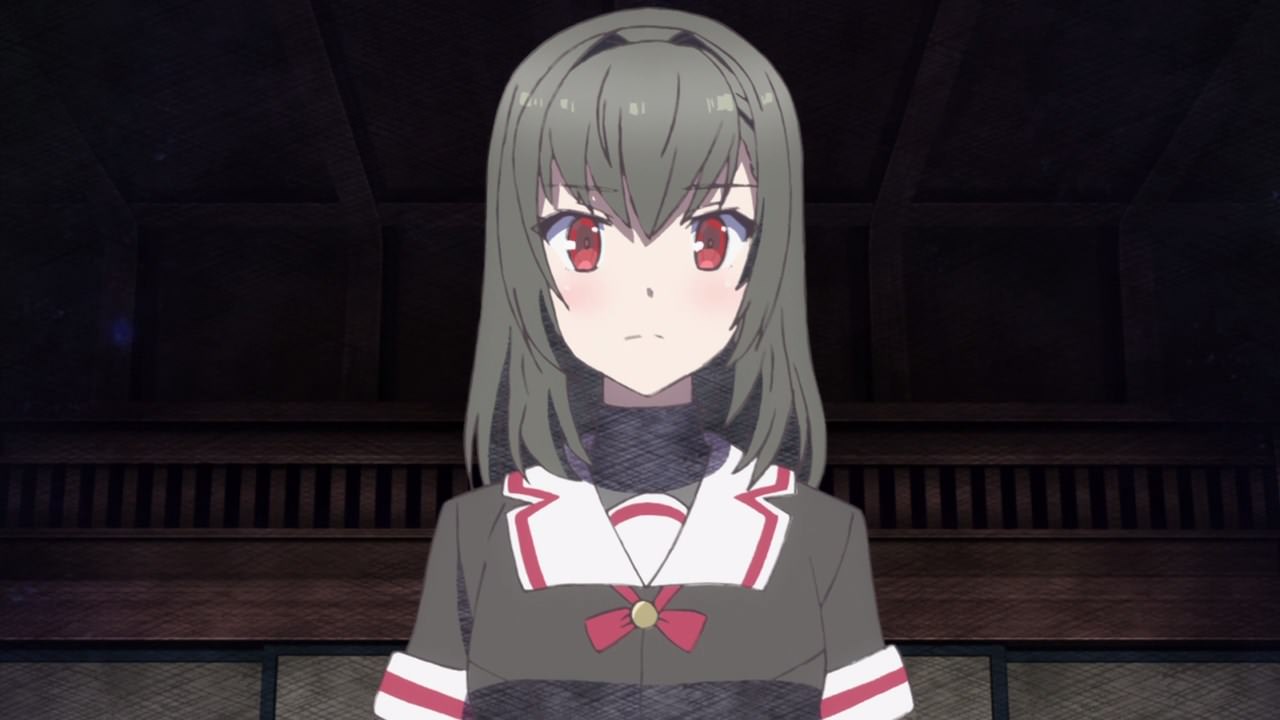 That’s right, it’s her mother Kagari Hiiragi. Well, this could be a weird reunion between a mother and a daughter, although Kagari exists as a spirit in the netherworld. 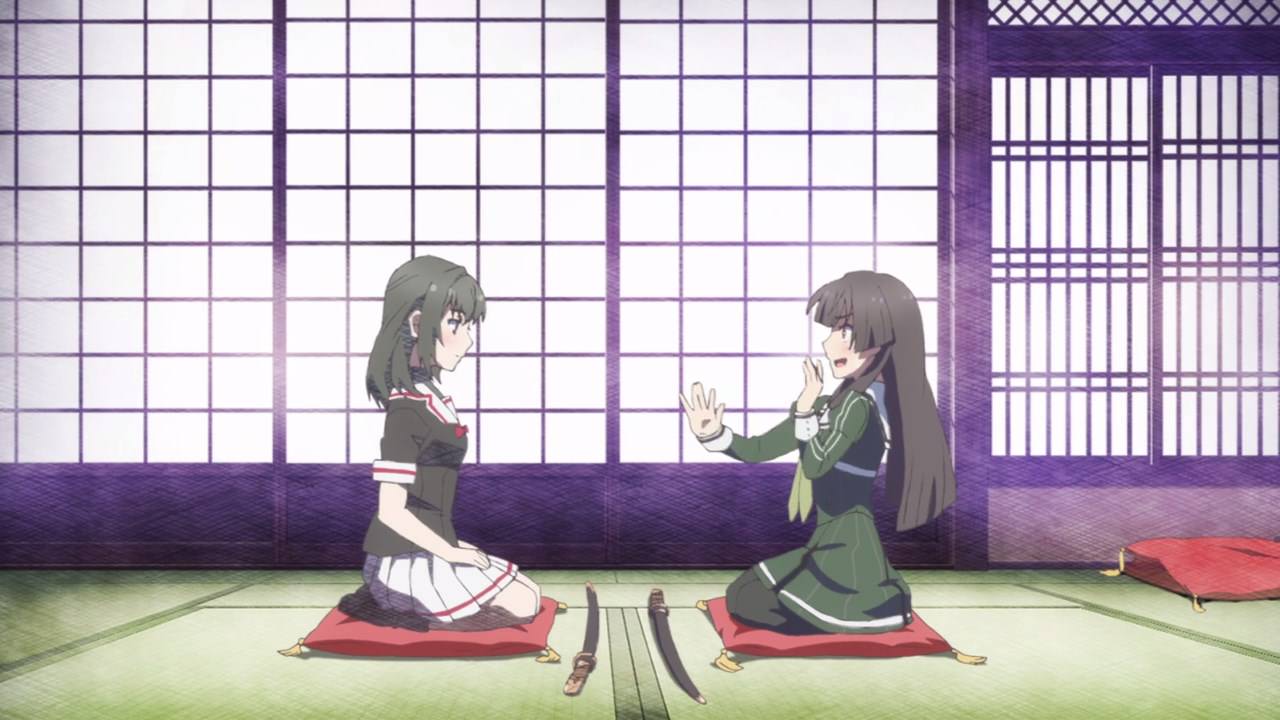 In any case, Hiyori is grateful that she finally got the chance to see her mother, and thanked her for being born to carry out her duty on stopping Princess Tagitsu.

But you know what, the reason why Hiyori existed is because both Yukari Origami and Minato Fujiwara rescued Kagari Hiiragi from sacrificing herself to stop the Great Aratama Disaster. 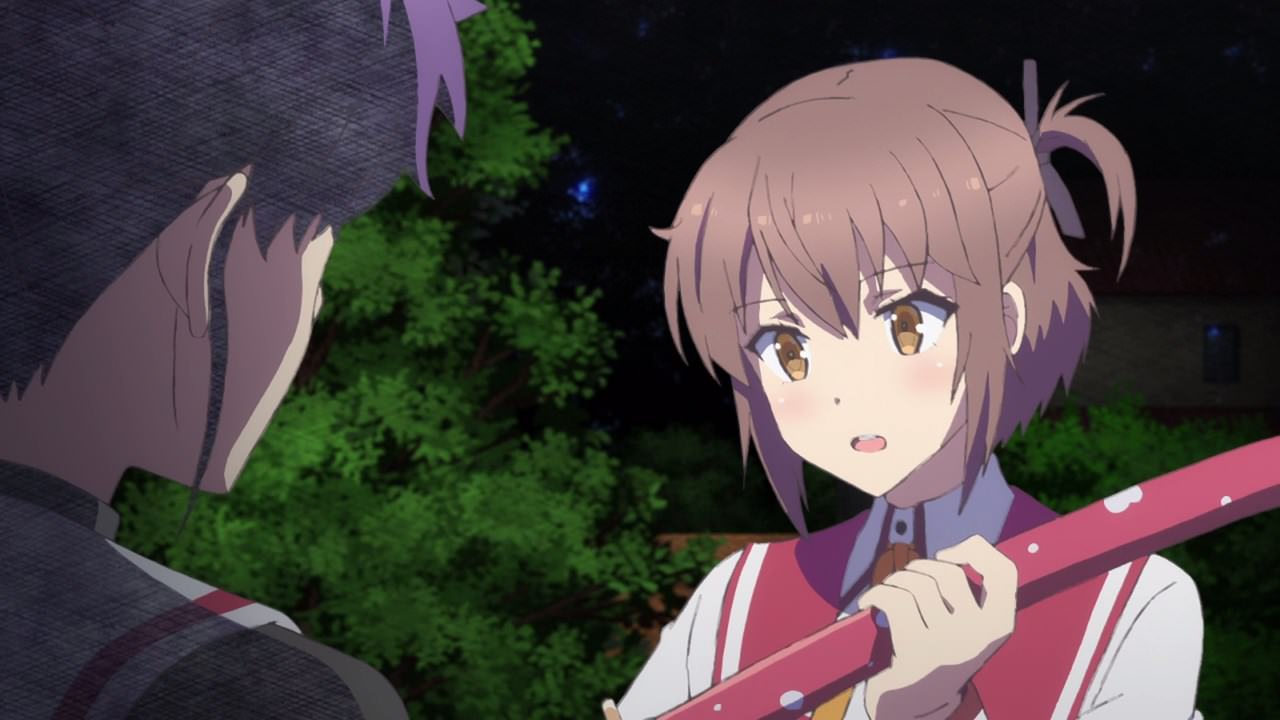 Now let’s go back to Kanami Etou as her okatana Chidori is reacting to Hiyori Juujou’s Kogarasumaru, which means that she’s nearby. 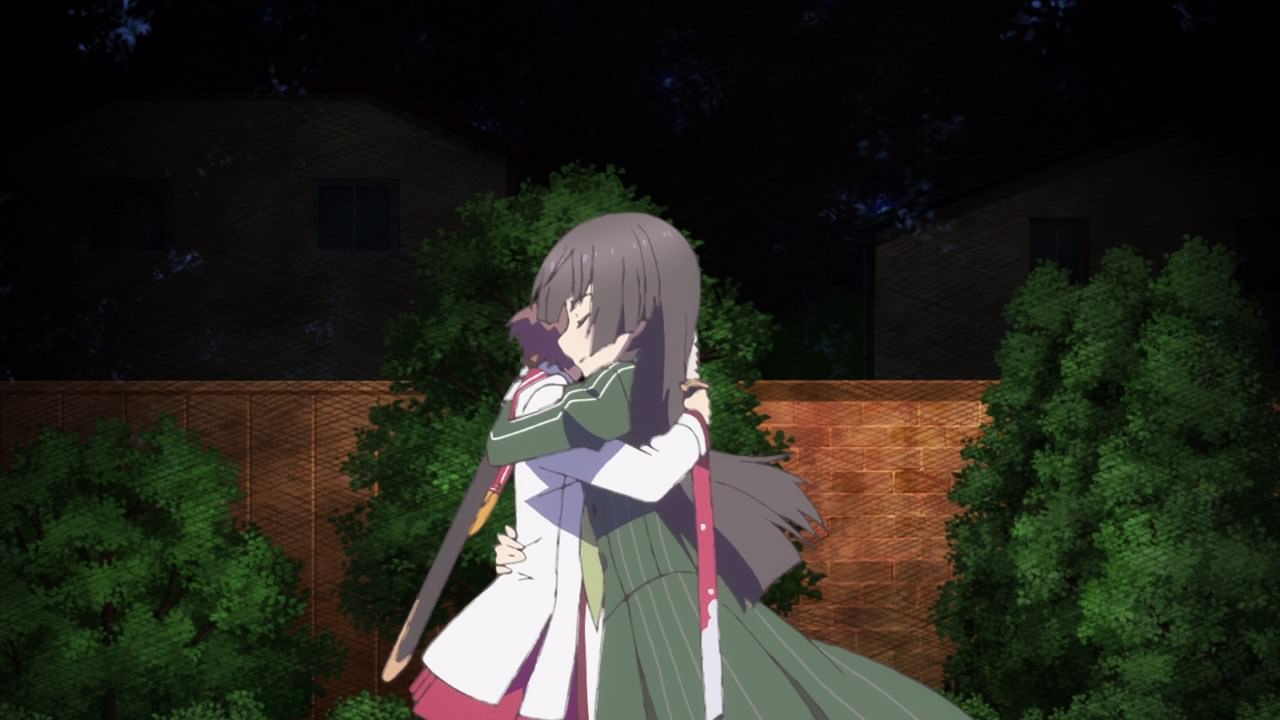 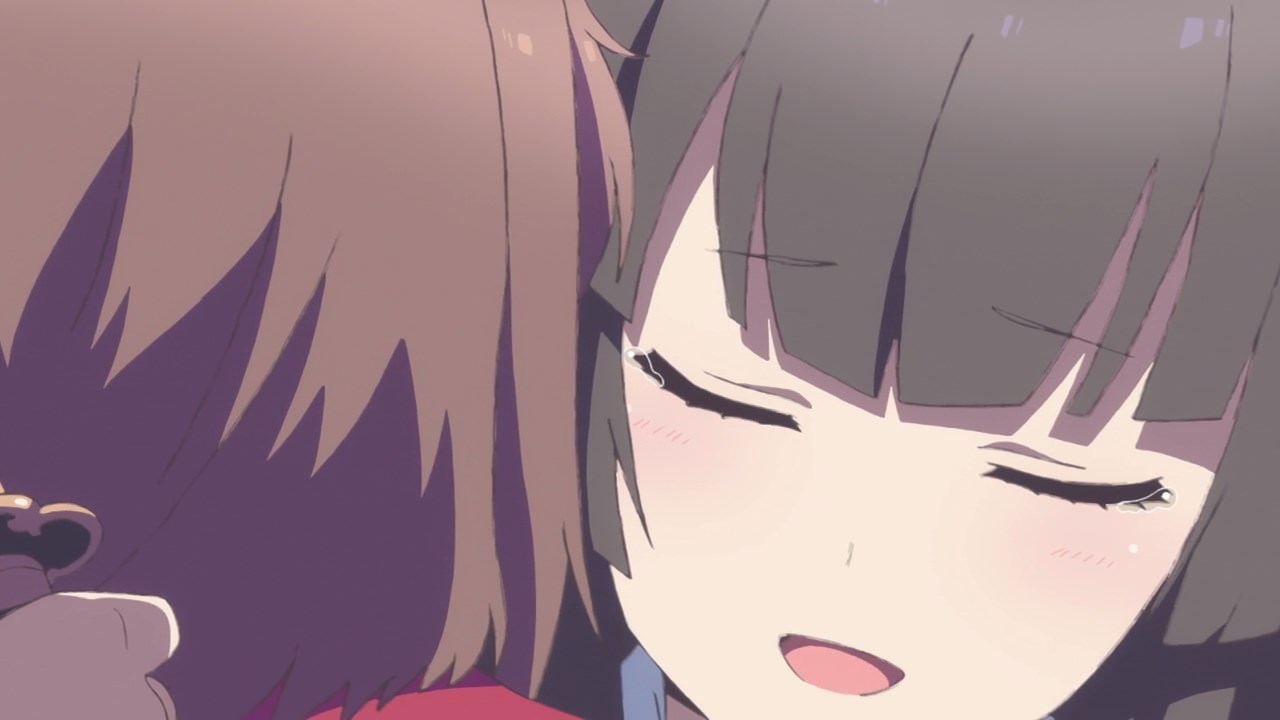 And you look at that, Kanami and Hiyori are reunited after being separated for about a few minutes.

C’mon, both of them went through thick and thin so both Kanami and Hiyori can’t be apart. And really, they need to return to the human world together! 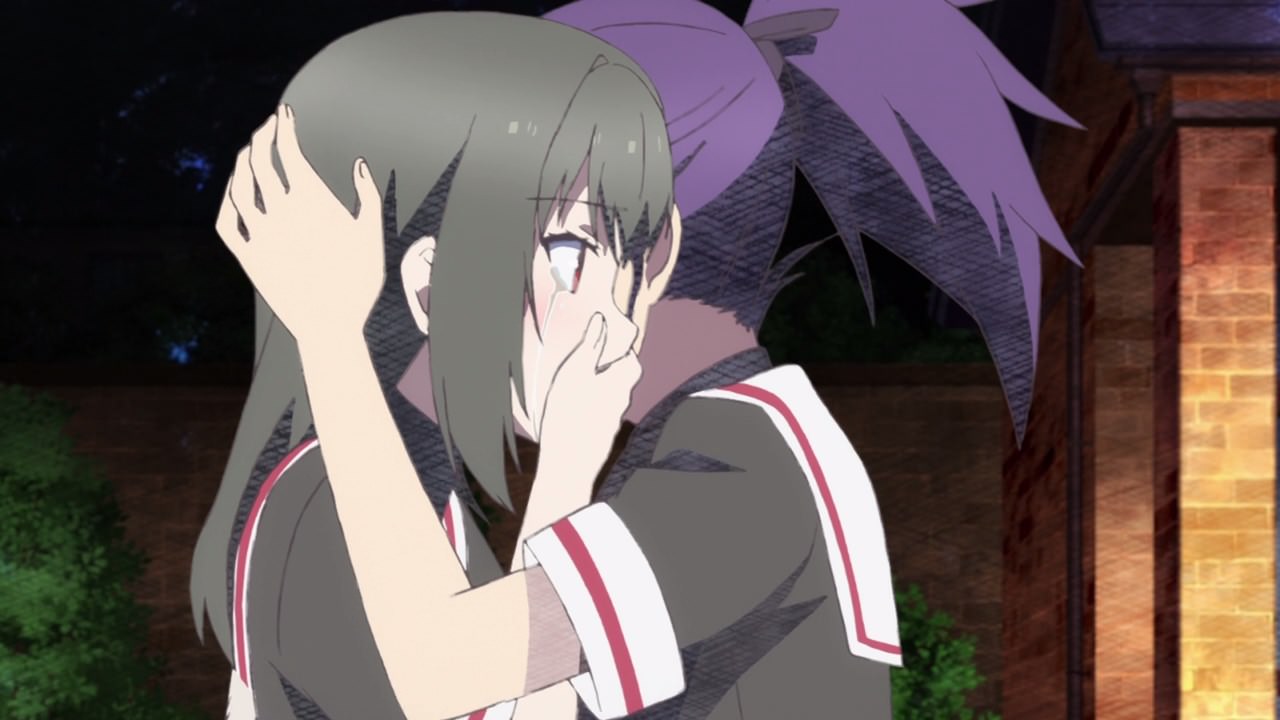 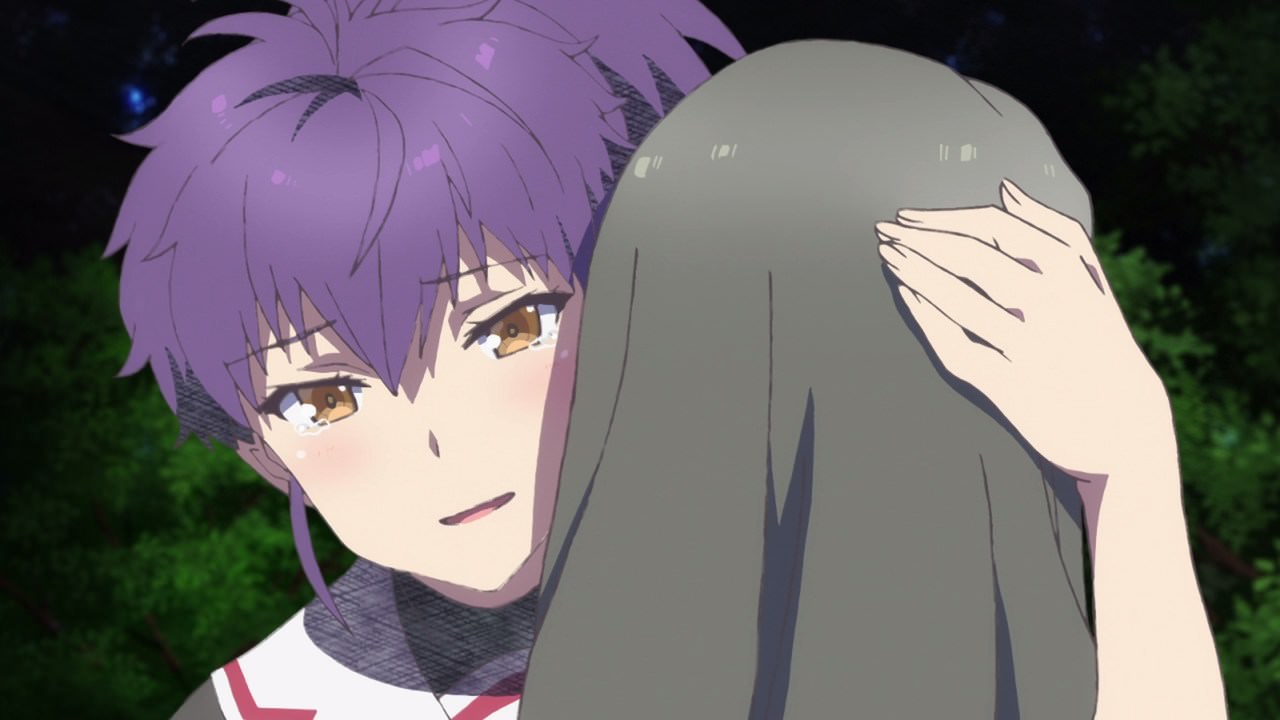 Also, looks like Kagari Hiiragi and Minato Fujiwara have a heart-warming reunion. I mean, it’s been 20 years since they fought together against Princess Tagitsu and they haven’t seen each other ever since until Kagari learned about Minato-sempai’s passing.

Now that both Kanami and Hiyori’s respective mothers have reunited, it’s time to do something that only a toji can do. 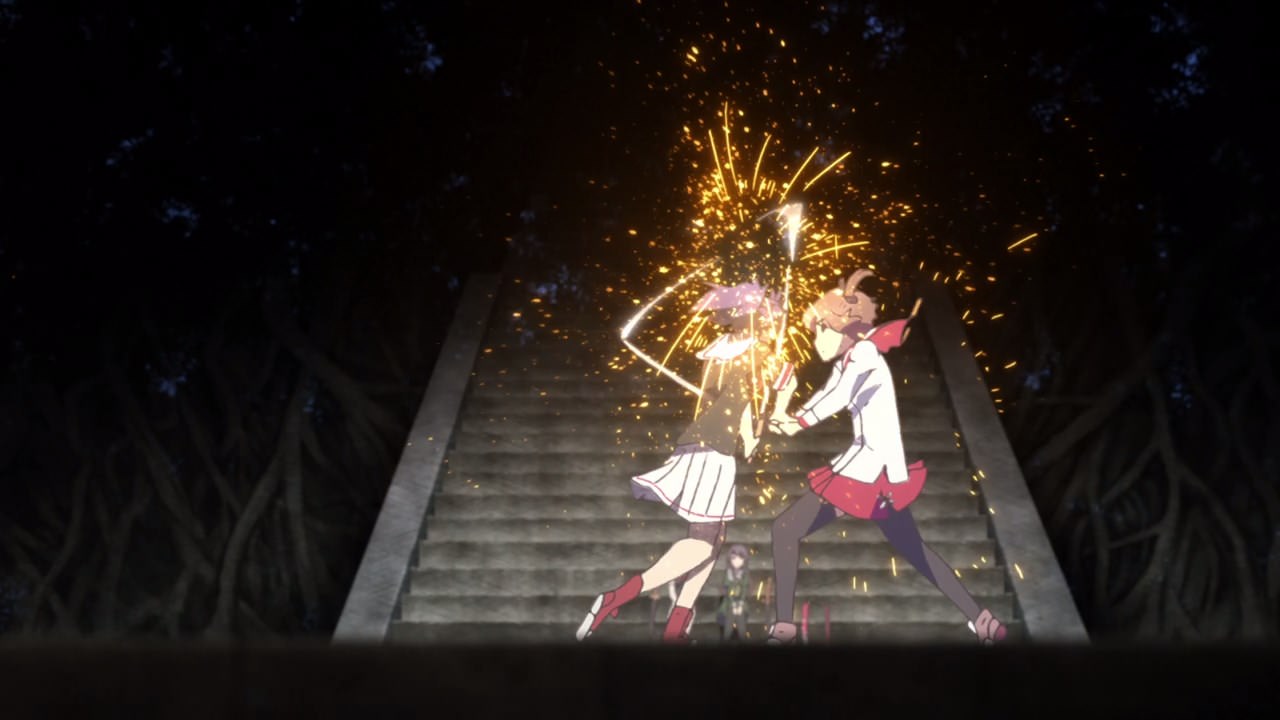 That’s right, it’s time for a sparring match, although it was Kanami Etou’s idea to challenge her mother Minato to a duel! Well, we couldn’t help it since Kanami is addicted to fighting anyone who’s stronger. 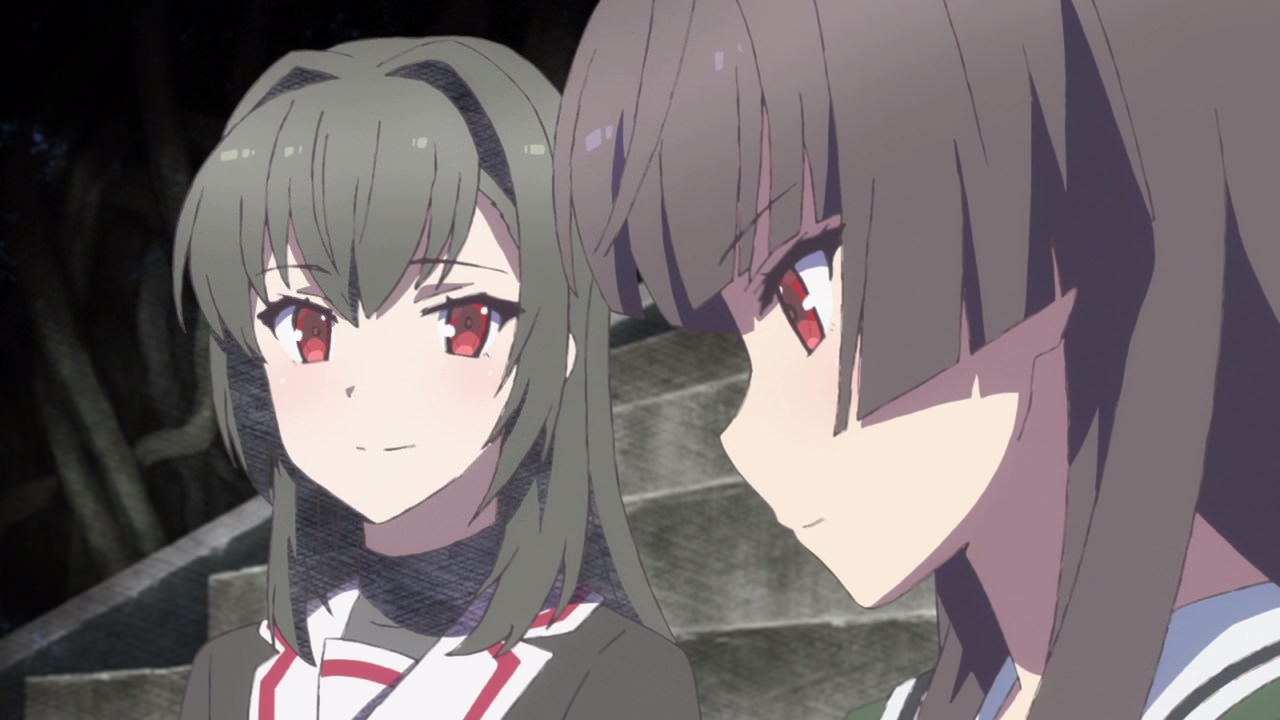 Meanwhile, both Kagari Hiiragi and Hiyori Juujou will just watch the duel instead.

But you know what, they’re happy that they spend their time together and I’m sure that Hiyori has no regrets on meeting and talking to her mother. 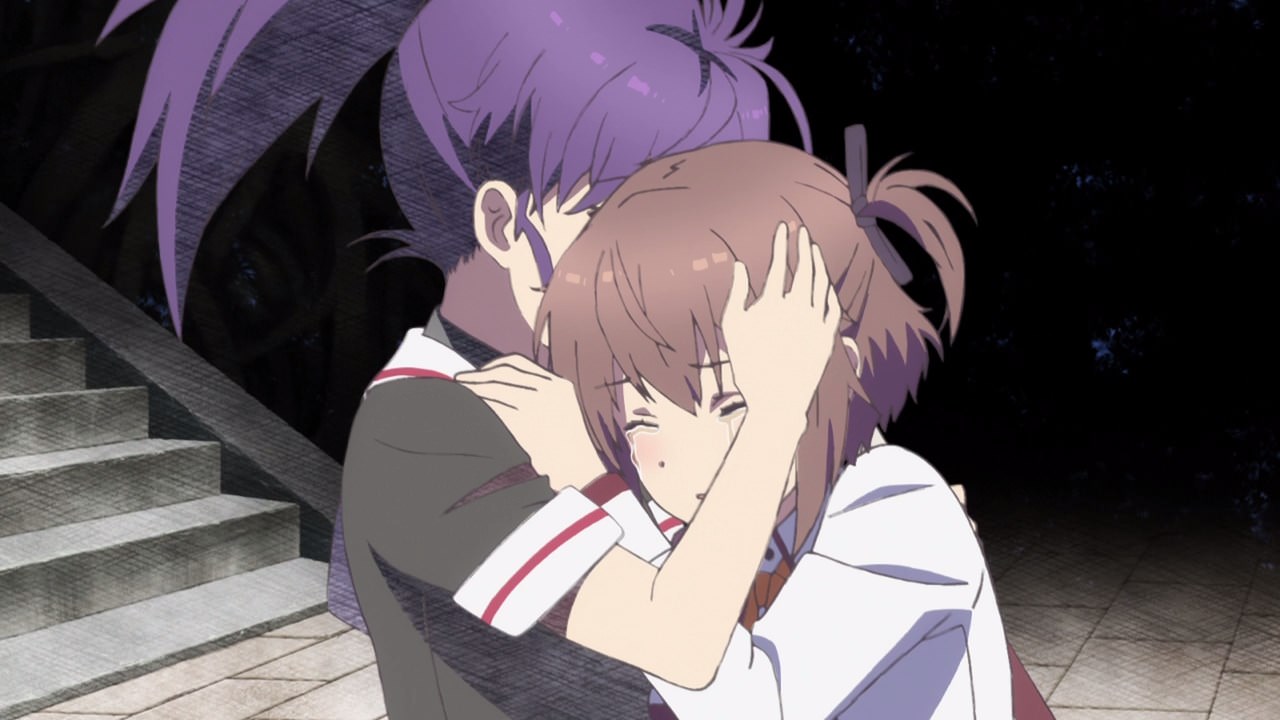 But now, it’s time for them to leave their respective mothers behind and return to the human world as their friends are worried about them.

Still, it’s a sad moment where Kanami Etou won’t be seeing Minato Fujiwara anymore. After all, she learned to become a stronger toji thanks to her mother! 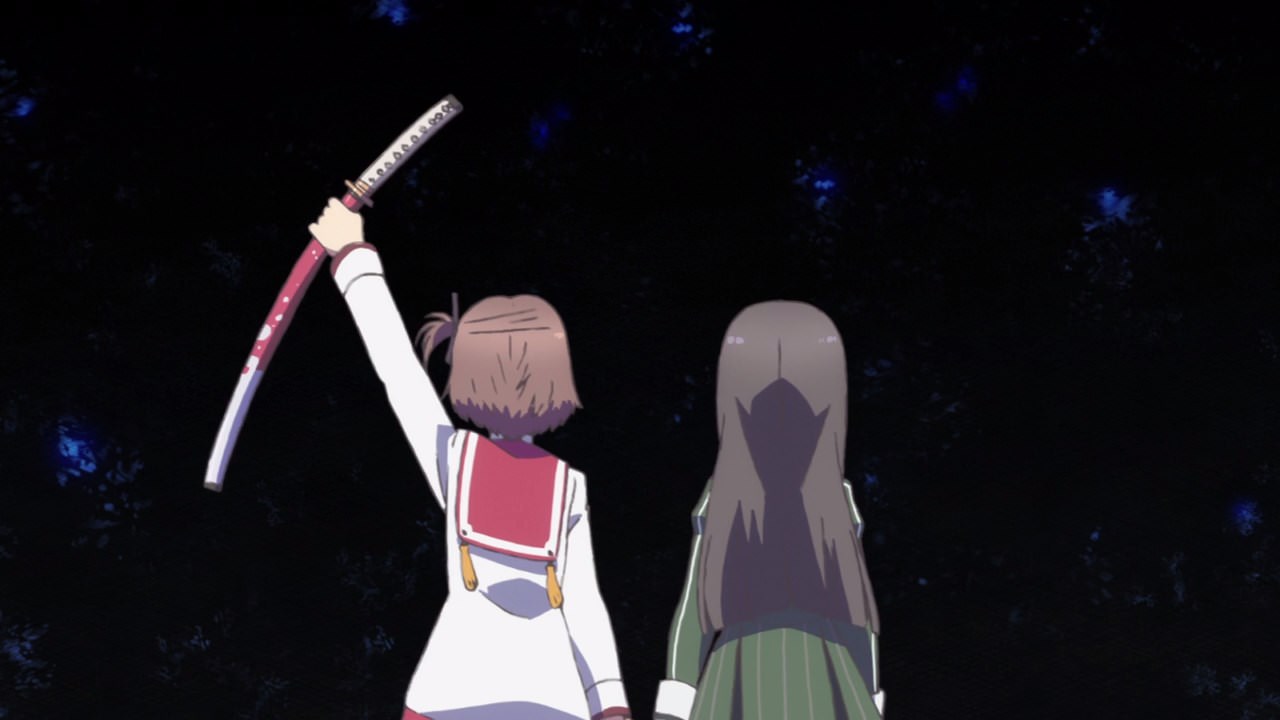 And so, both Kanami Etou and Hiyori Juujou will return to the surface without any regrets nor lingering feelings. 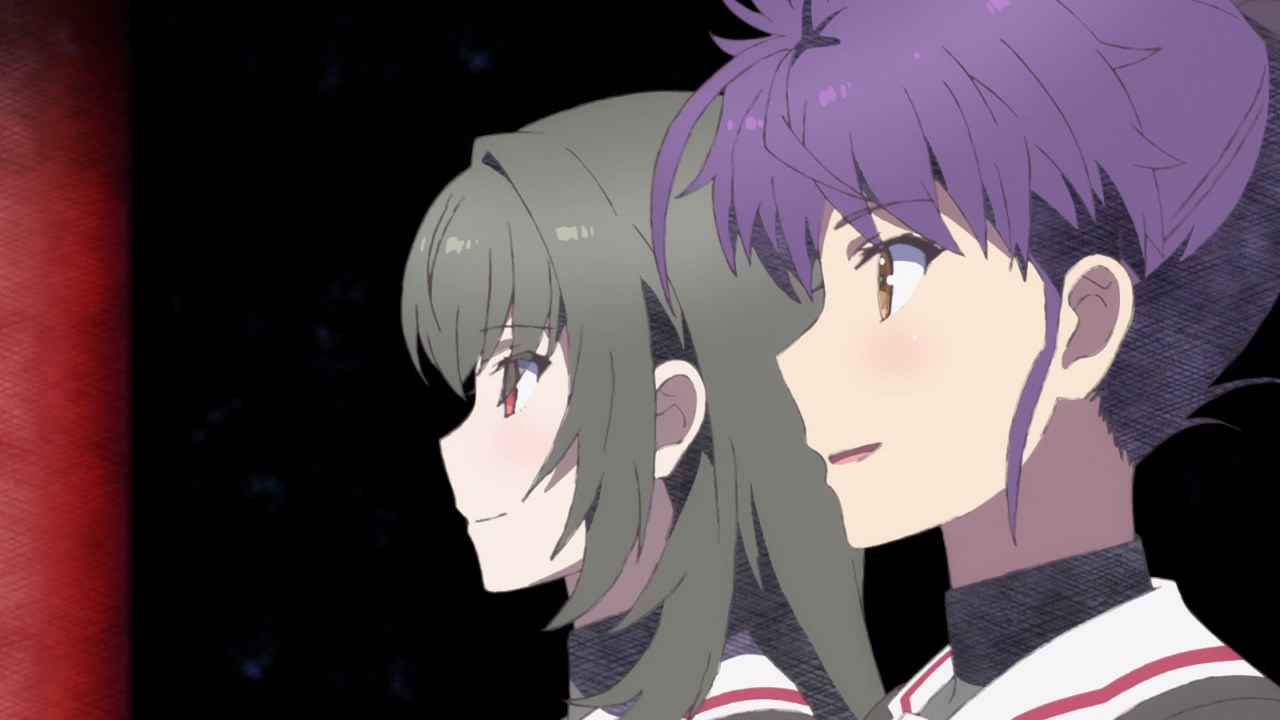 For both Kagari Hiiragi and Minato Fujiwara, they’re surely miss their daughters after spending time with them in the netherworld. Now the only left to do is to move onto heaven. 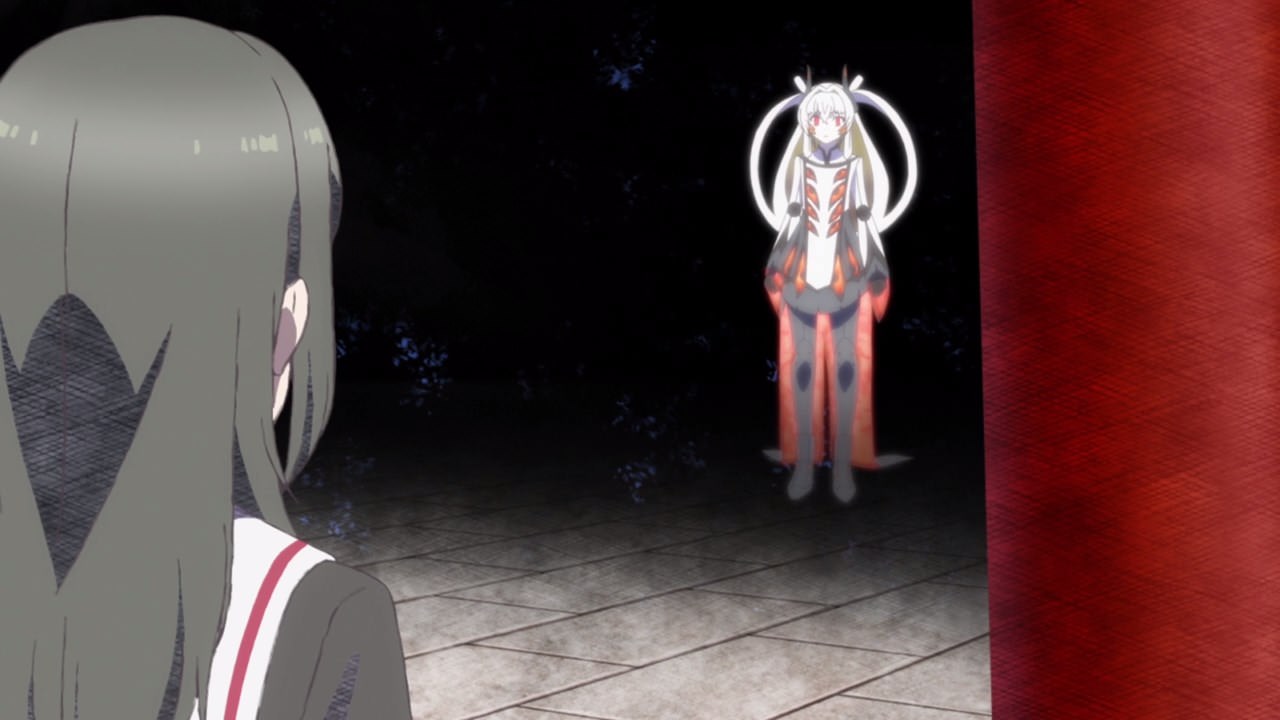 But first, looks like both Kagari and Minato need to keep themselves busy as Princess Tagitsu is here to challenge them. They sure never change when it comes to fighting against aratama! 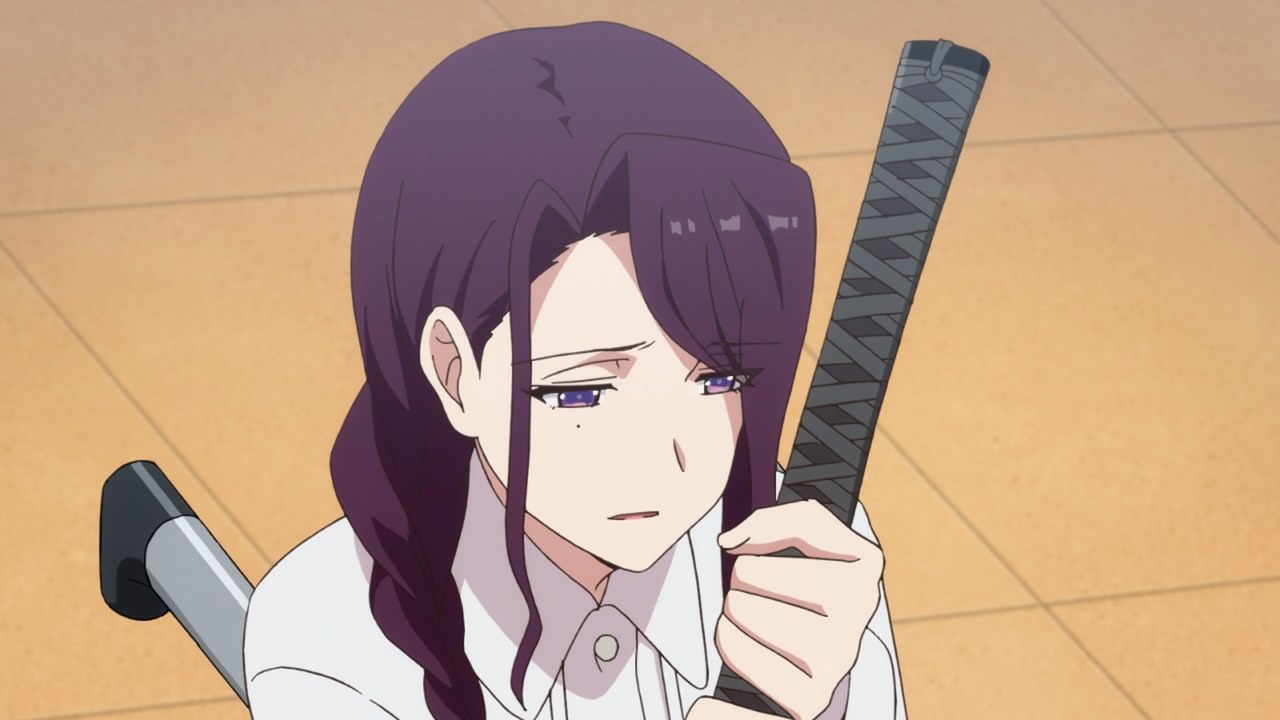 And now, it’s time for the epilogue as we have Yukina Takatsu, now being bound to a wheelchair as her legs were infected by the noro.

Still, she has nowhere to return to and let’s just say that Renpu Academy already banned her. 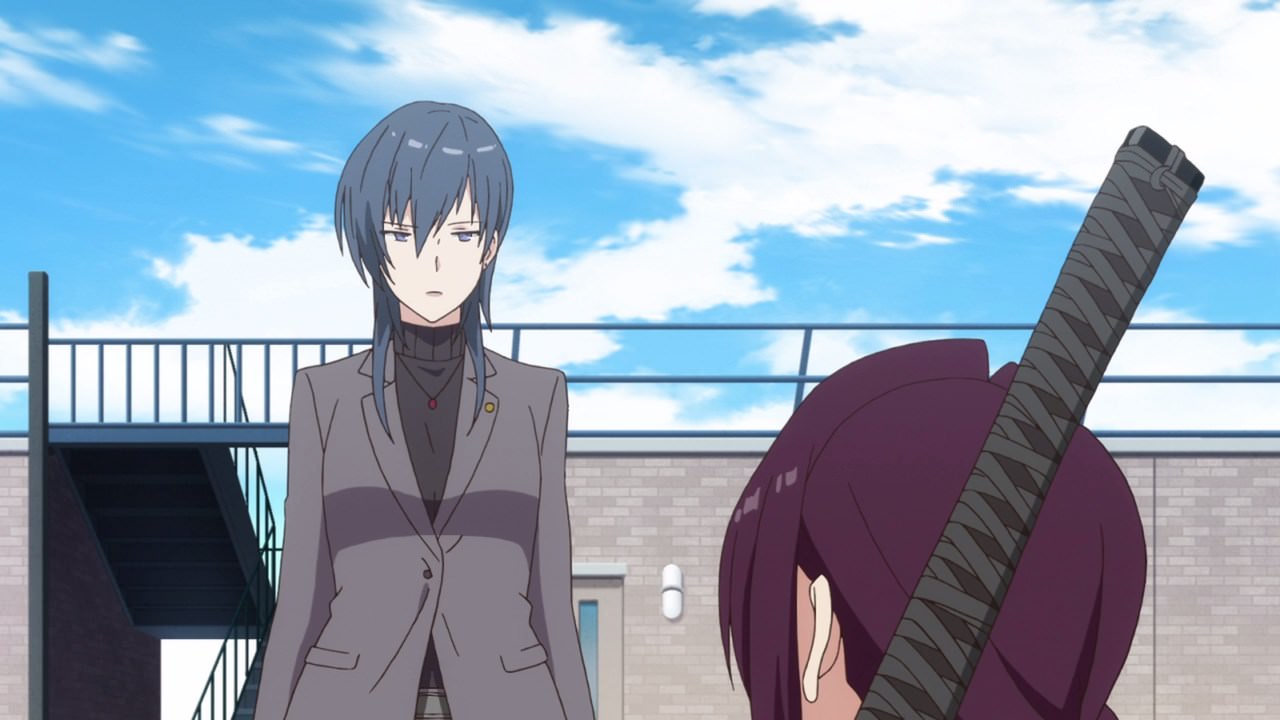 Well, there’s one person who cares about Yukina Takatsu and that’s Yuzuki Souraku.

But you know what, I still hate Yukina-san for all the terrible things that she did from belittling the Elite Guards including Yomi Satsuki, to creating perfect toji from Ayanokouji Martial Arts School. 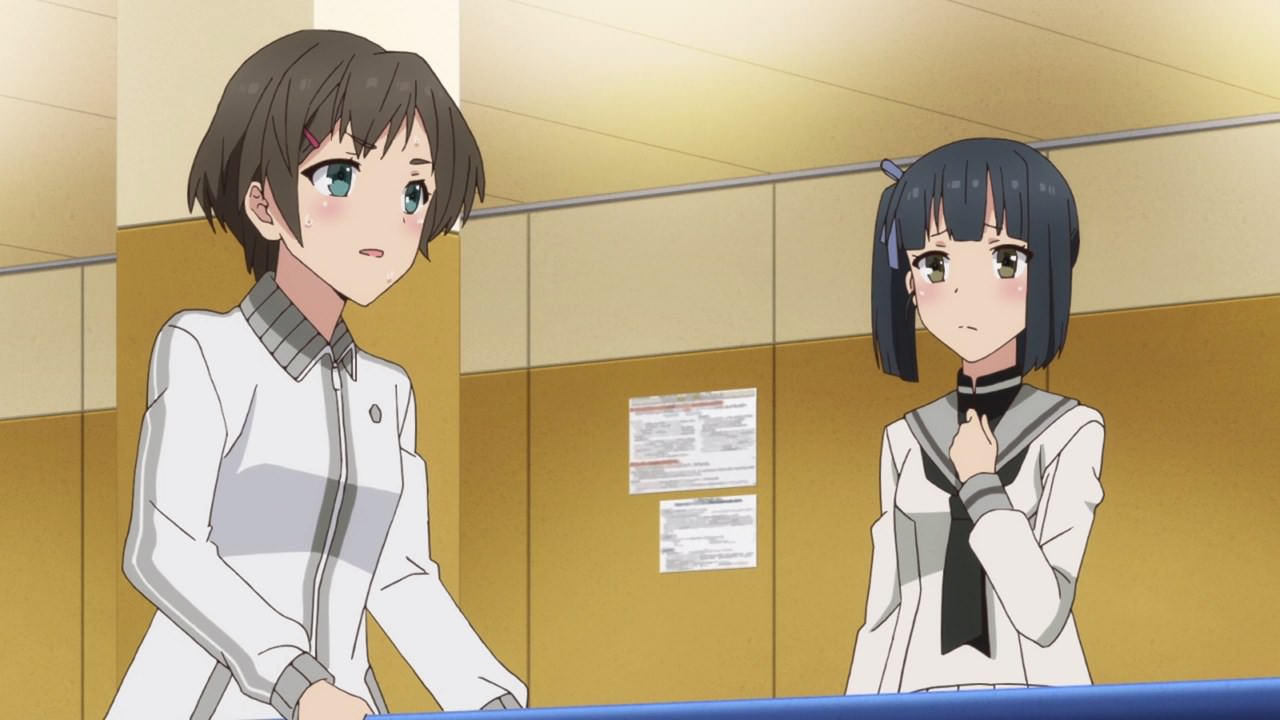 Speaking of one particular student from Ayanokouji, here’s Ayumu Uchizato as she’s currently doing rehabilitation as we speak. I mean, her body is filled with noro and it’s hard to remove it.

Honestly, I feel disappointed towards Ayumu Uchizato as she was introduced as an admirer to Kanami Etou and she’s advertised as one of the potential allies during the second half. But then, everything changed when Ayumu became the enemy, thanks in part with Yomi Satsuki almost murdering Uchizato and her classmates. God, what a waste of a character! 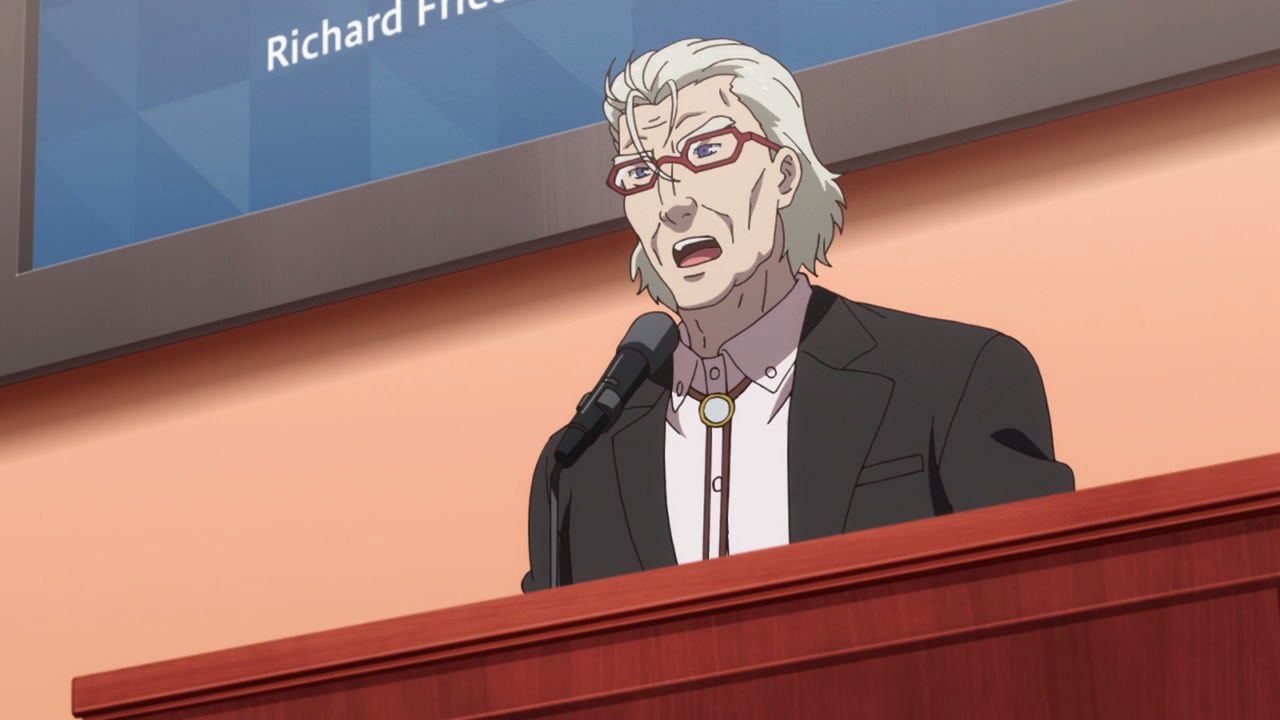 Let’s move onto some positive news as some people like Richard Friedman are telling the public that it’s possible for humans and aratama to co-exist. After all, Kaoru Mashiko made it possible with Nene. 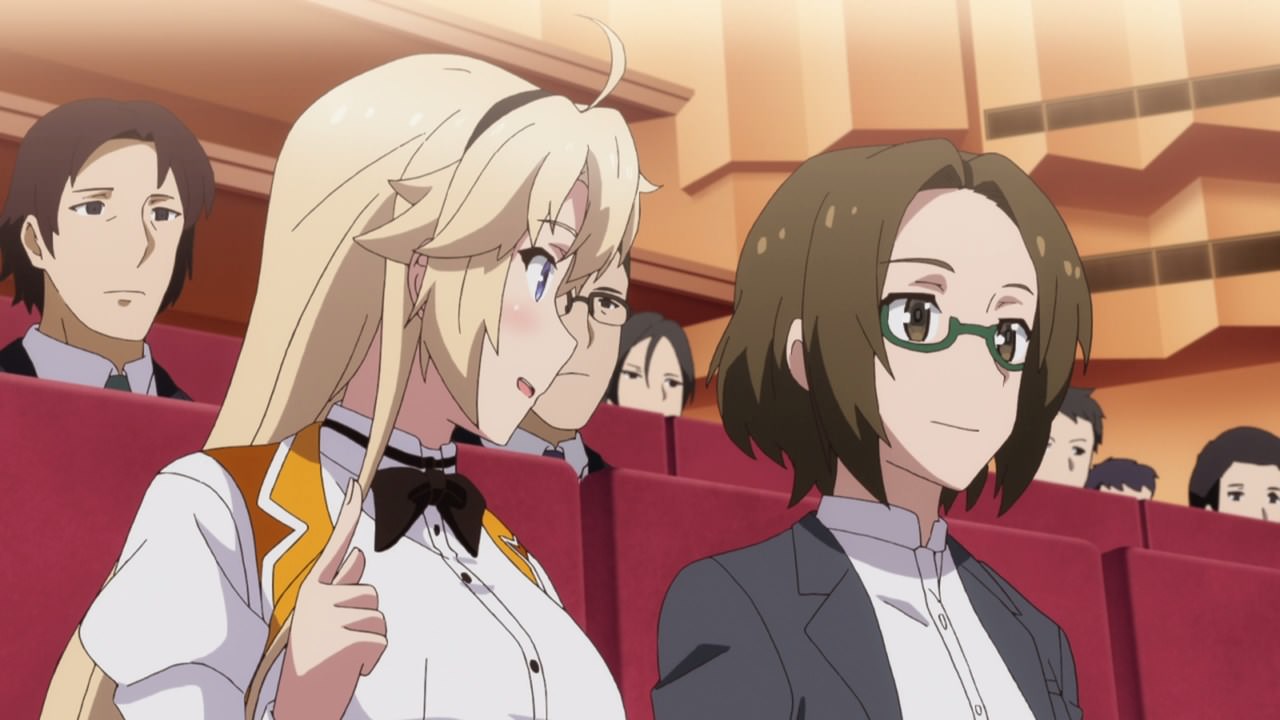 For the likes of Ellen Kohagura and Rui Onda, it’s great news but it’s still a long way to go as there are rogue aratama lurking around Japan. 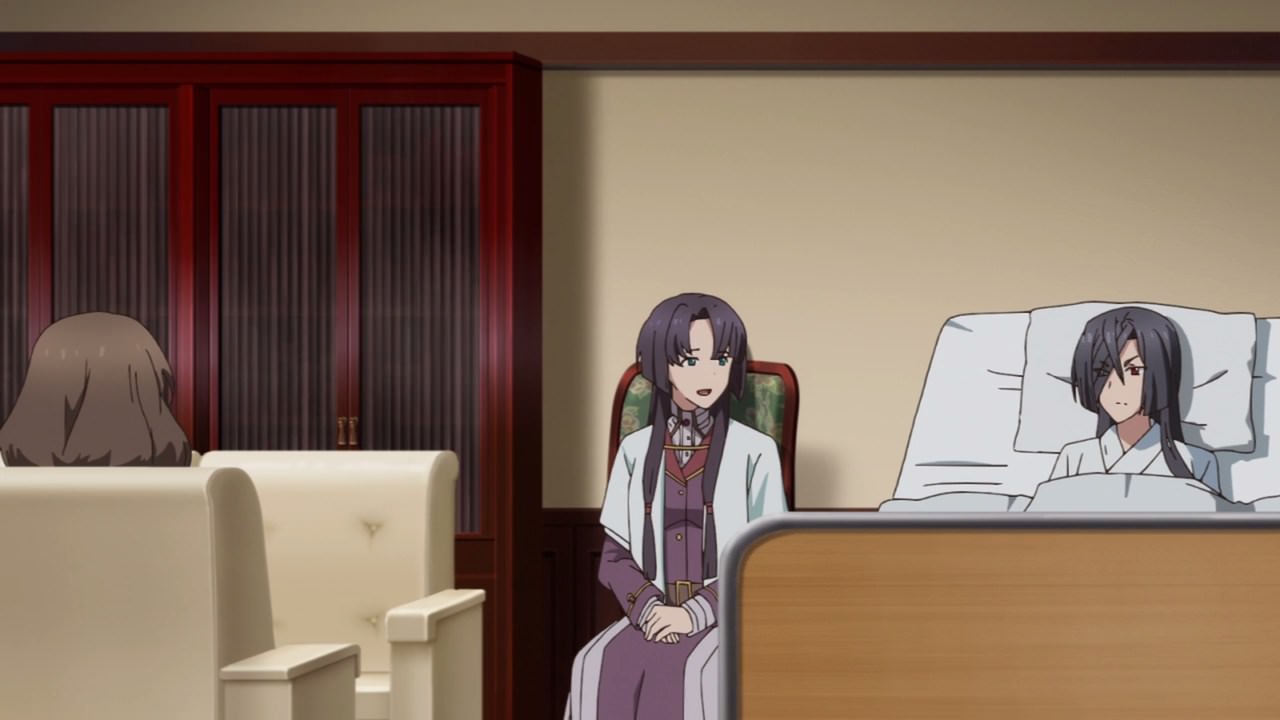 Meanwhile, there’s some changes within the head of the Origami family as Yukari-sama will temporary step down in order to recover her injuries. In her place will be her younger sister Akane where she plans to build more shrines across the country.

I must say that the peaceful co-existence will be a reality after all. And should Princess Tagitsu returned in the human world, they’ll welcome her as a revered deity rather than a malevolent force of nature. 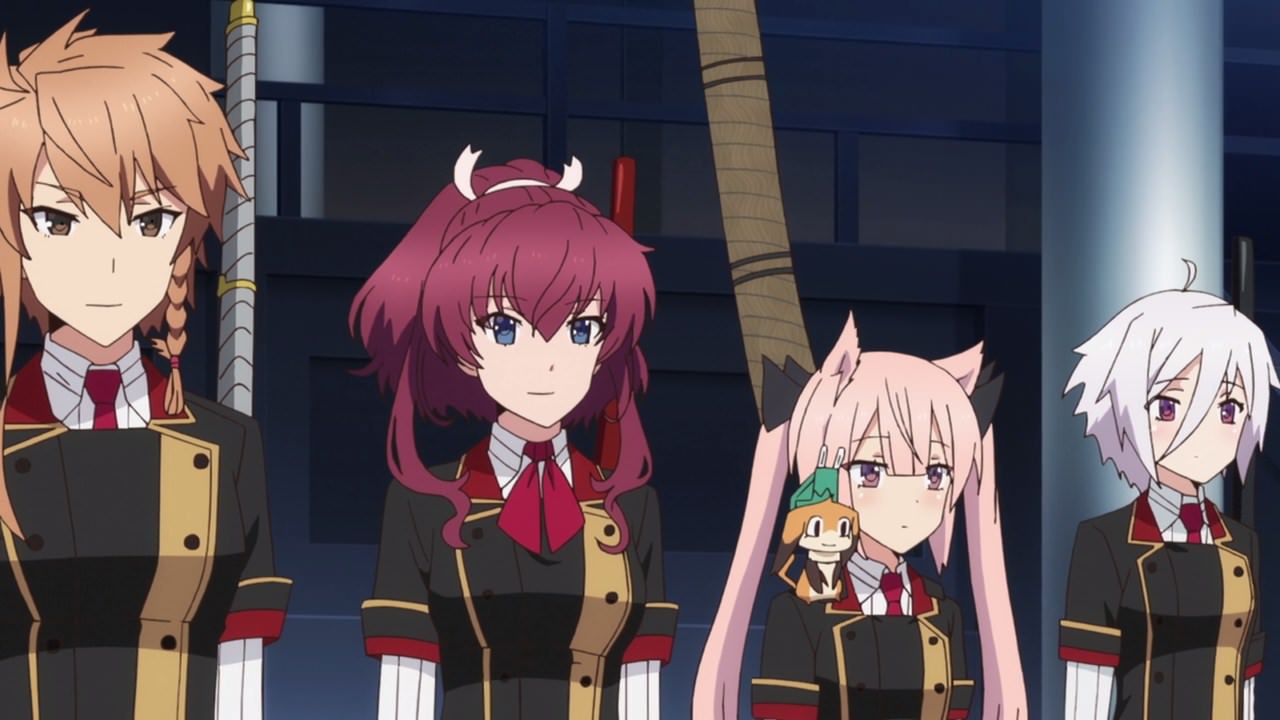 For the rest of the cast, looks like we’ll have a new iteration of the Elite Guards and wow, gotta love that black uniform with gold trimmings!

While both Maki Shidou and Suzuka Konohana are still there, they’ll be joined by Sayaka Itomi and Kaoru Mashiko. Then again, Kaoru doesn’t like to do the heavy lifting most of the time… unless something serious came up. 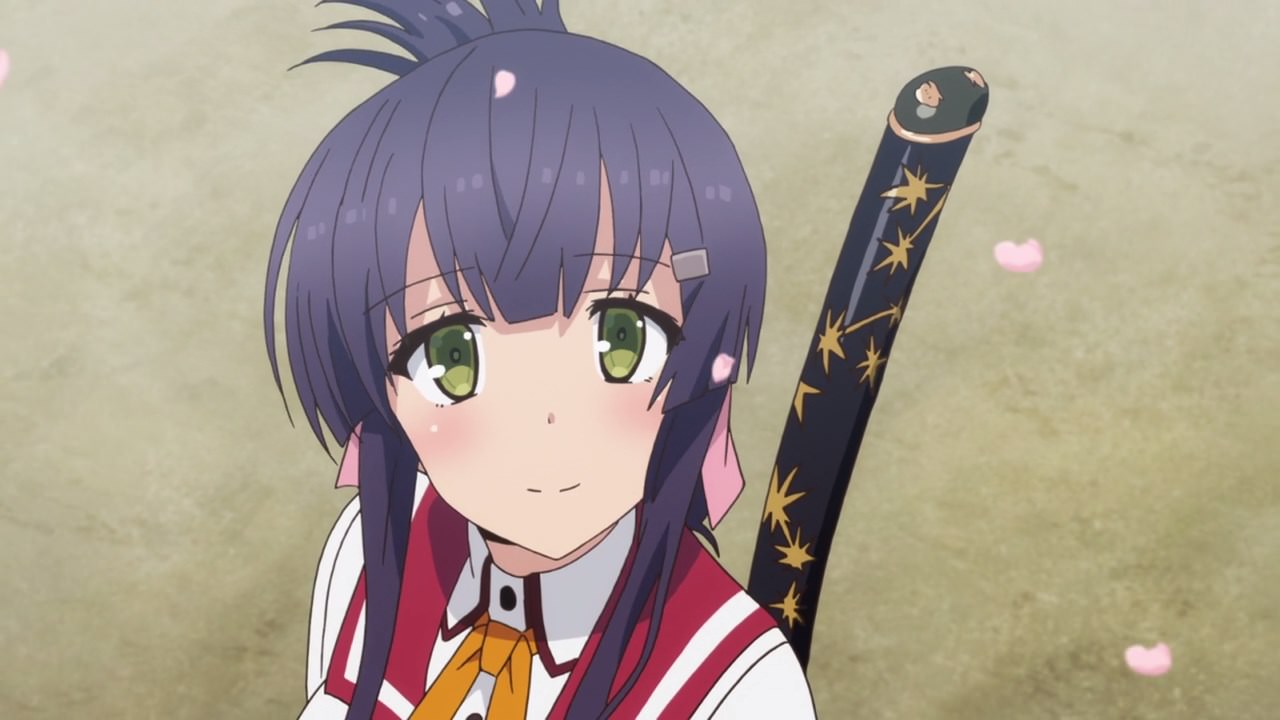 And lastly, here’s Mai Yanase as she feels that both Kanami Etou and Hiyori Juujou have returned. 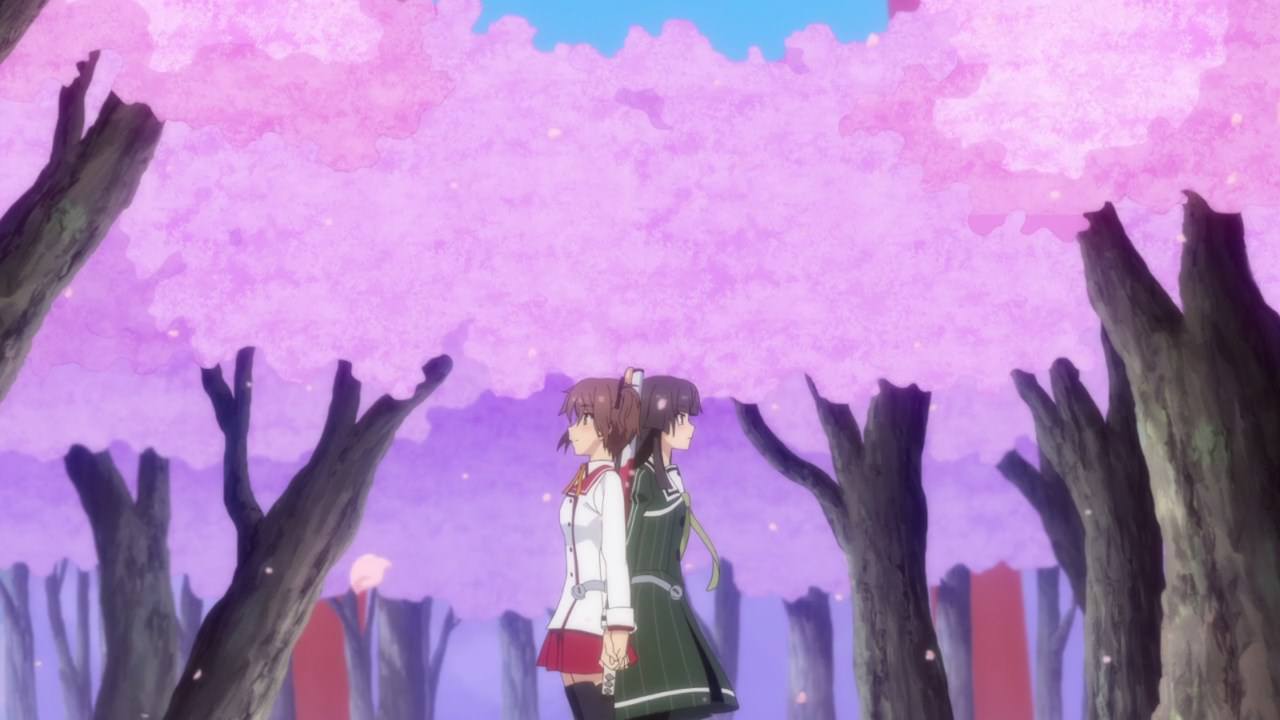 And you know what, she’s right as Kanami and Hiyori have returned safe and sound… just in time for the tournament!

And that my friends is the end of Toji no Miko. While it has some problems, I think it’s still an enjoyable show to watch. With that said, I’m gonna miss those girls with swords!