Darling in the FranXX Episode #23 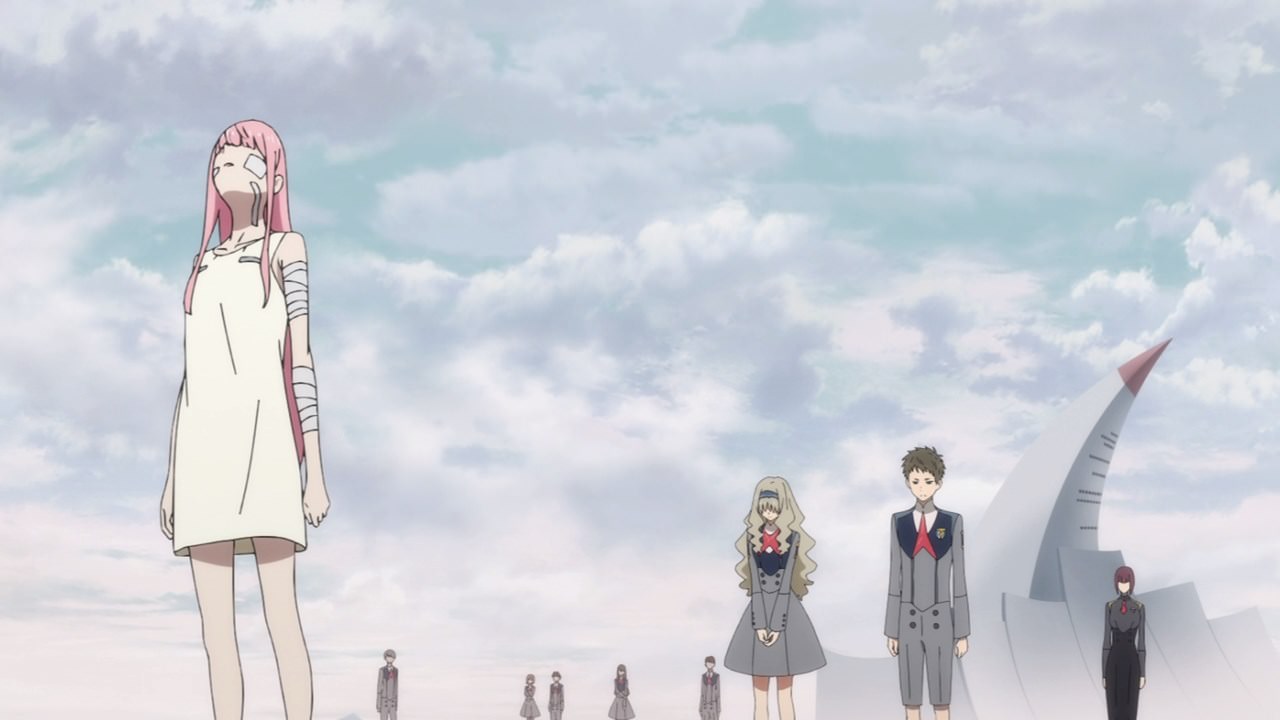 Well everyone, this is the penultimate episode where Code:556 “Kokoro” and Code:326 “Mitsuru” will stay behind as they take care of their baby, while they protect Code:002 “Zero-Two” from the harsh elements like rain.

Then again, there’s little chance of rain when Earth is already dried up! 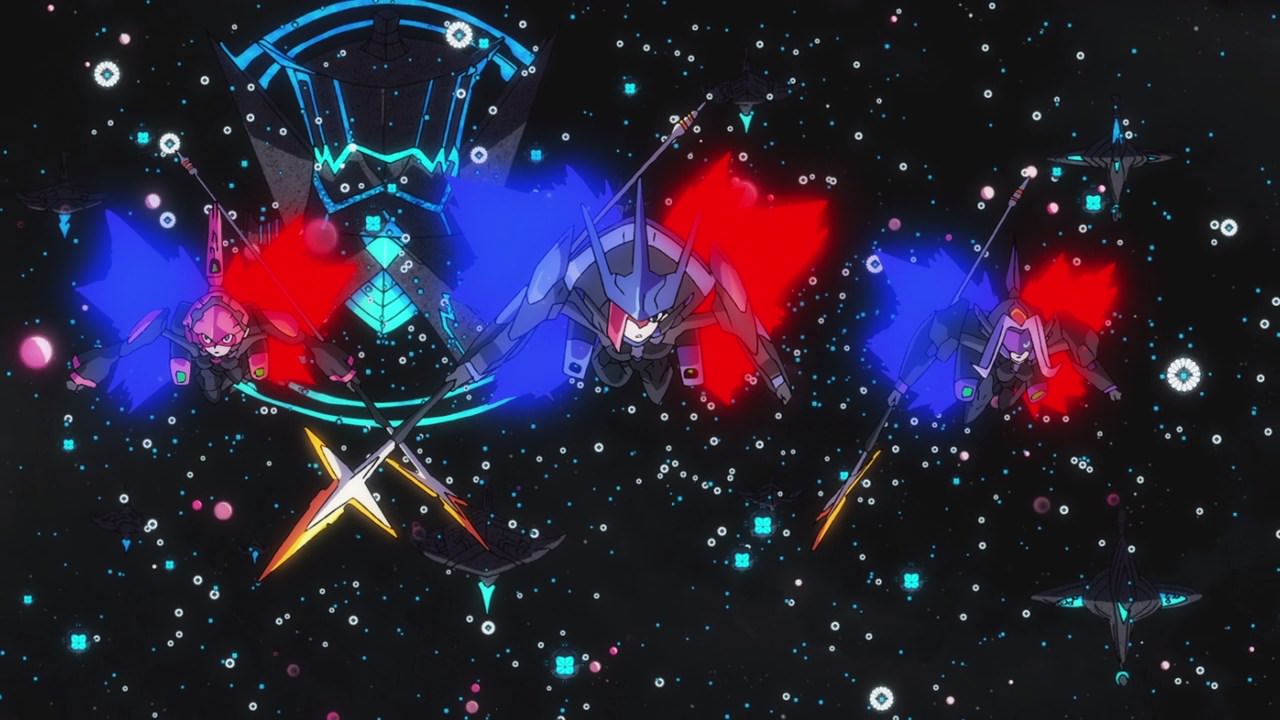 Now then, the rest of Plantation 13’s FranXX Team (plus some surviving 9’s) are now in space as Code:015 “Ichigo” and the rest got some upgrades from their FranXX and will have to fend off against VIRM and their armada. 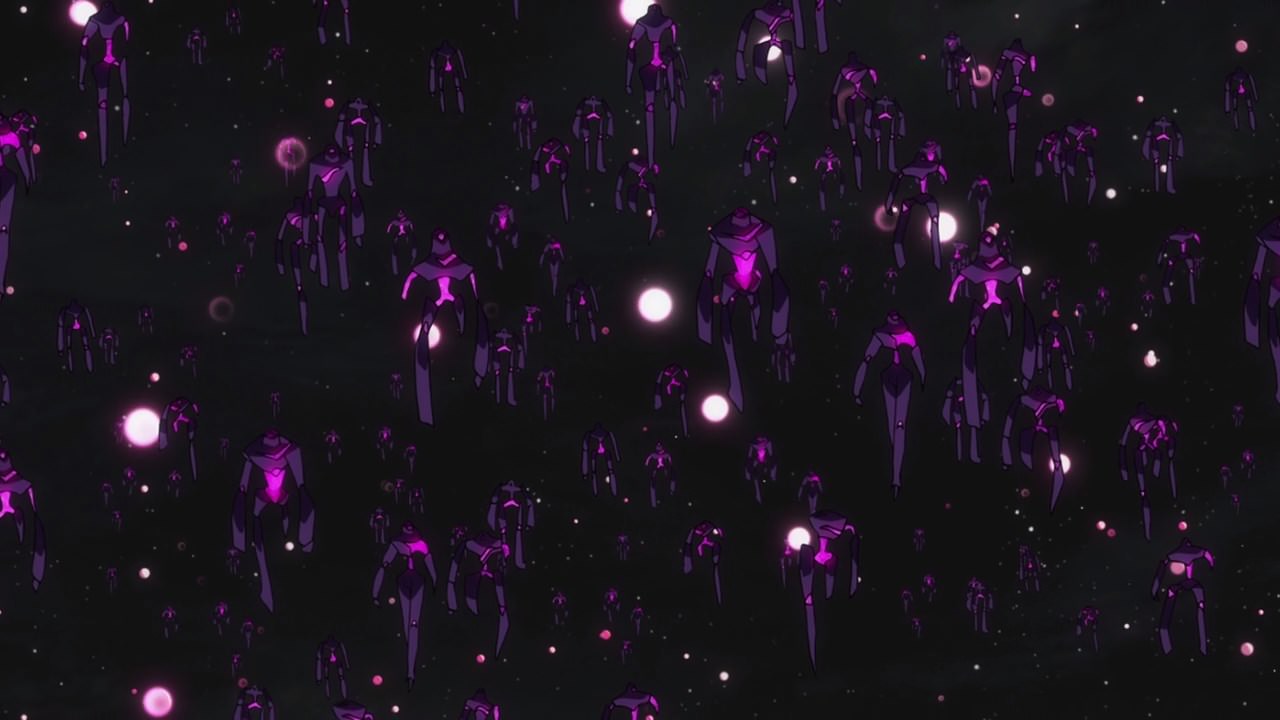 Oh and by the way, this is just the fraction of VIRM’s armada as the main forces is much bigger, which they can invade Earth at any time. 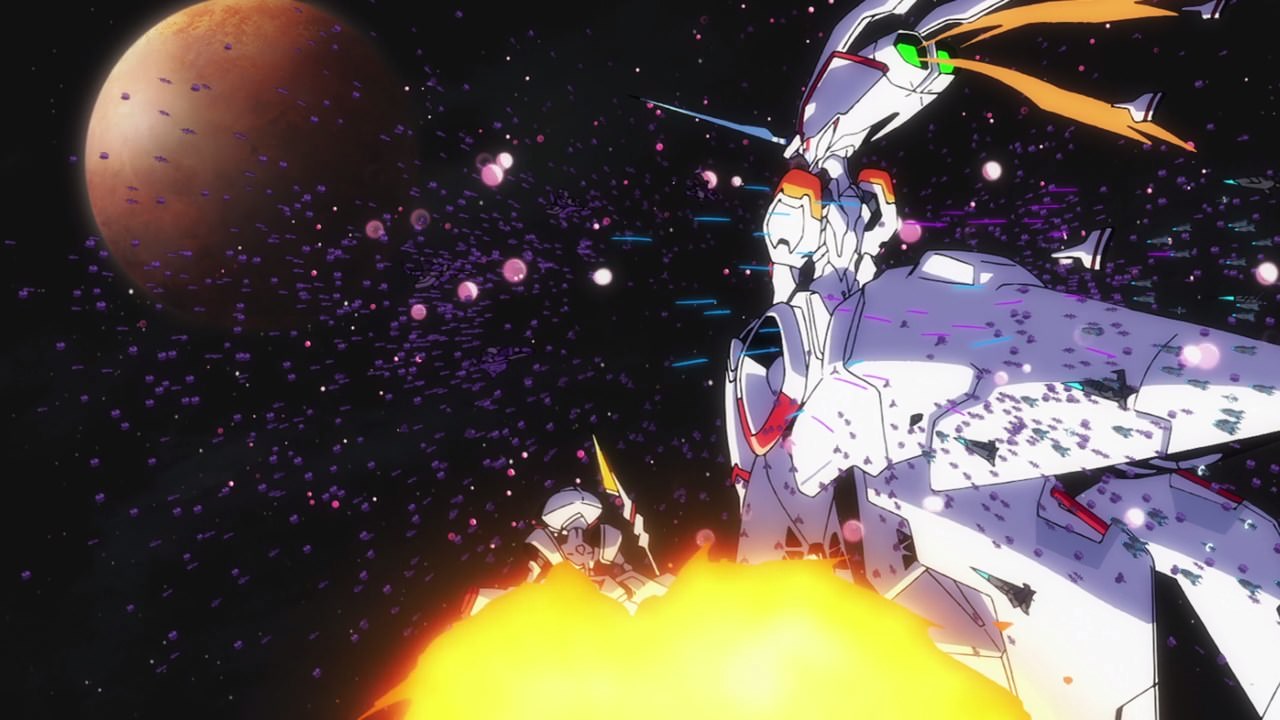 Anyways, Code:016 “Hiro” will have to approach Strelizia Apath as he pilots a FranXX from 9’α “Nine Alpha”.

While I still felt bitter about 9’α and his goody-goody two shoes towards Papa before he abandoned them, there’s no other choice for Hiro since he has no FranXX to pilot. 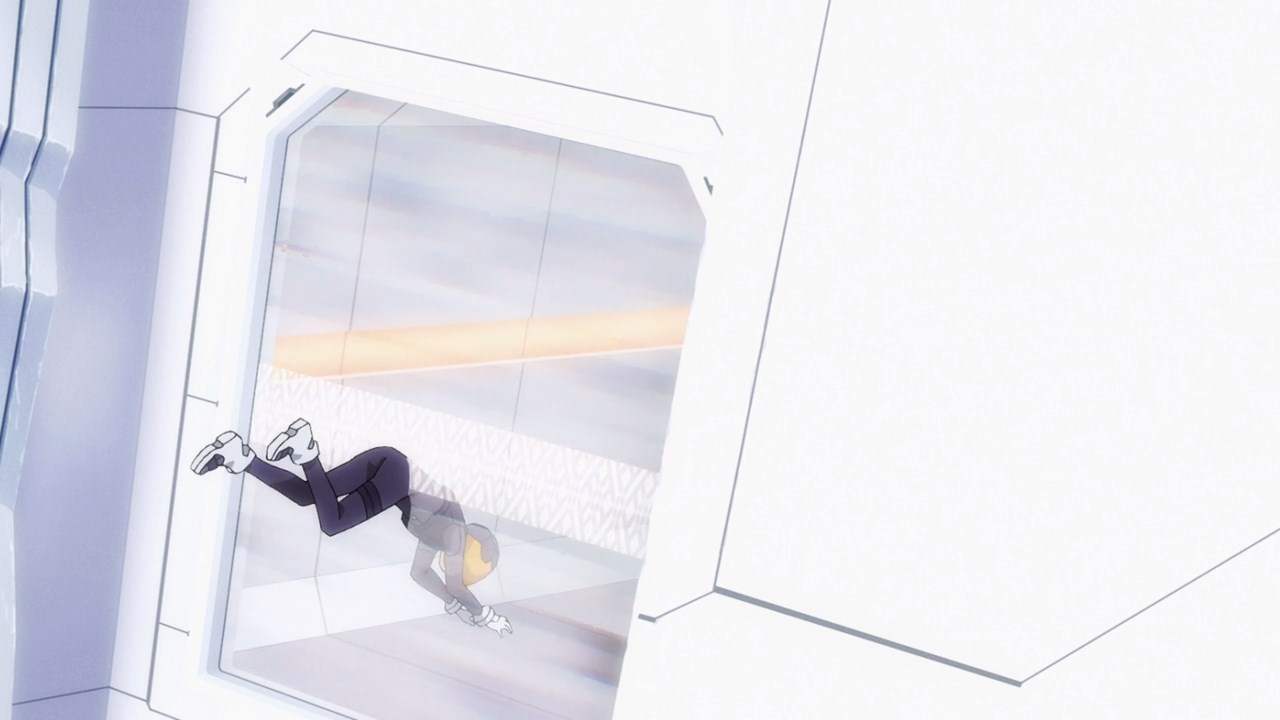 In any case, Code:016 “Hiro” got out of Nine Alpha’s FranXX and went inside Strelizia Apath safe and sound. 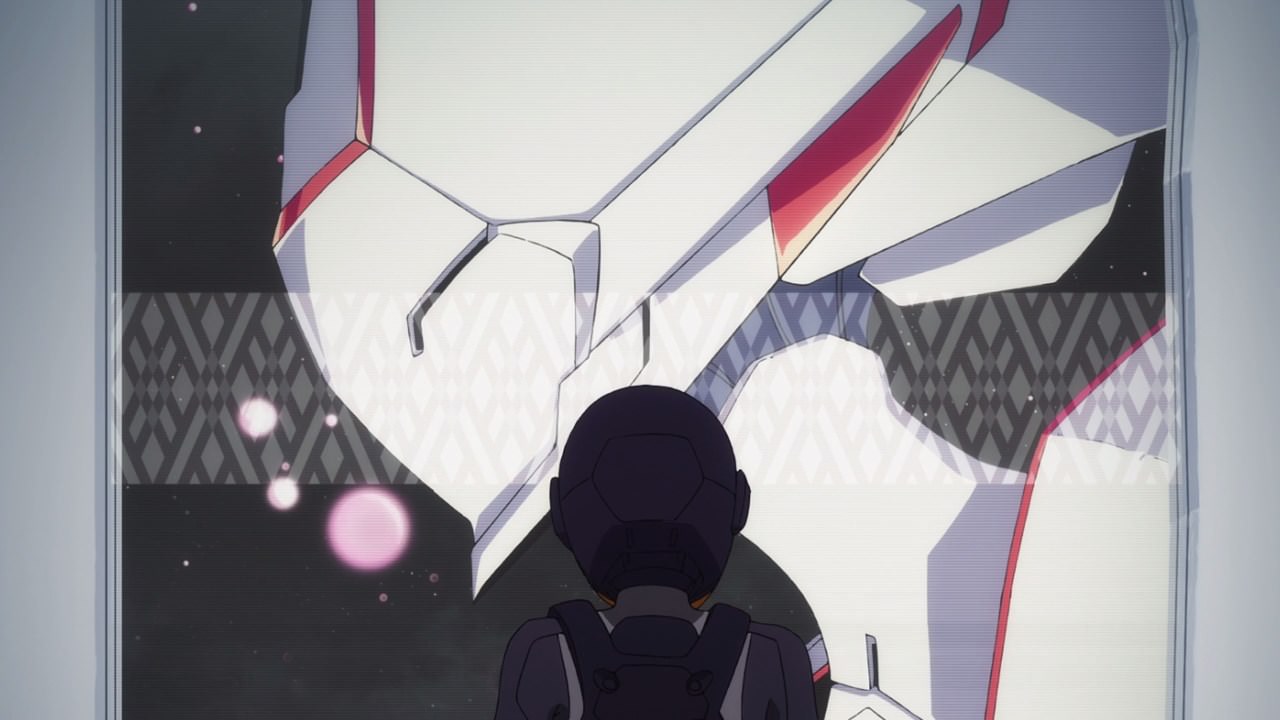 But as for 9’α “Nine Alpha”, he’s gonna hold the line for him because he loves to fight against VIRM. I mean, 9’α is born to fight in the battlefield! 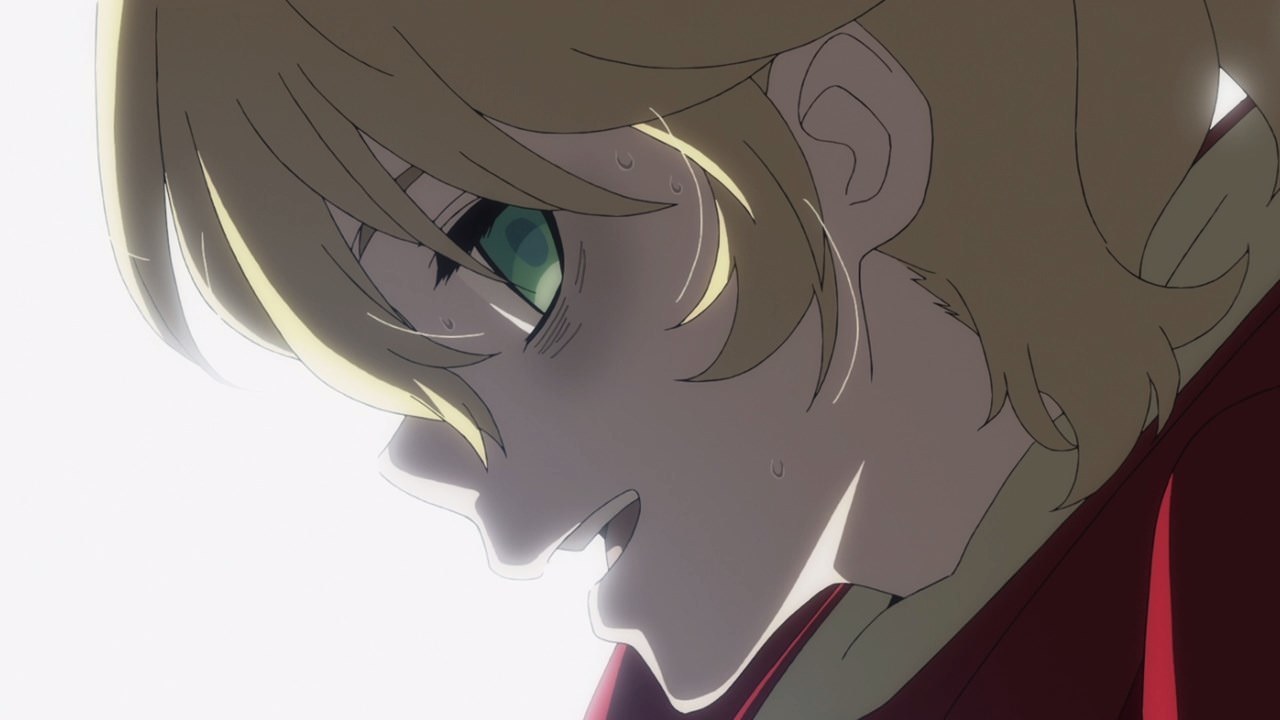 However, 9’α “Nine Alpha” thanked Code:016 “Hiro” for learning on how to be a human being. Aww that was sweet, but it doesn’t change my opinion on him. 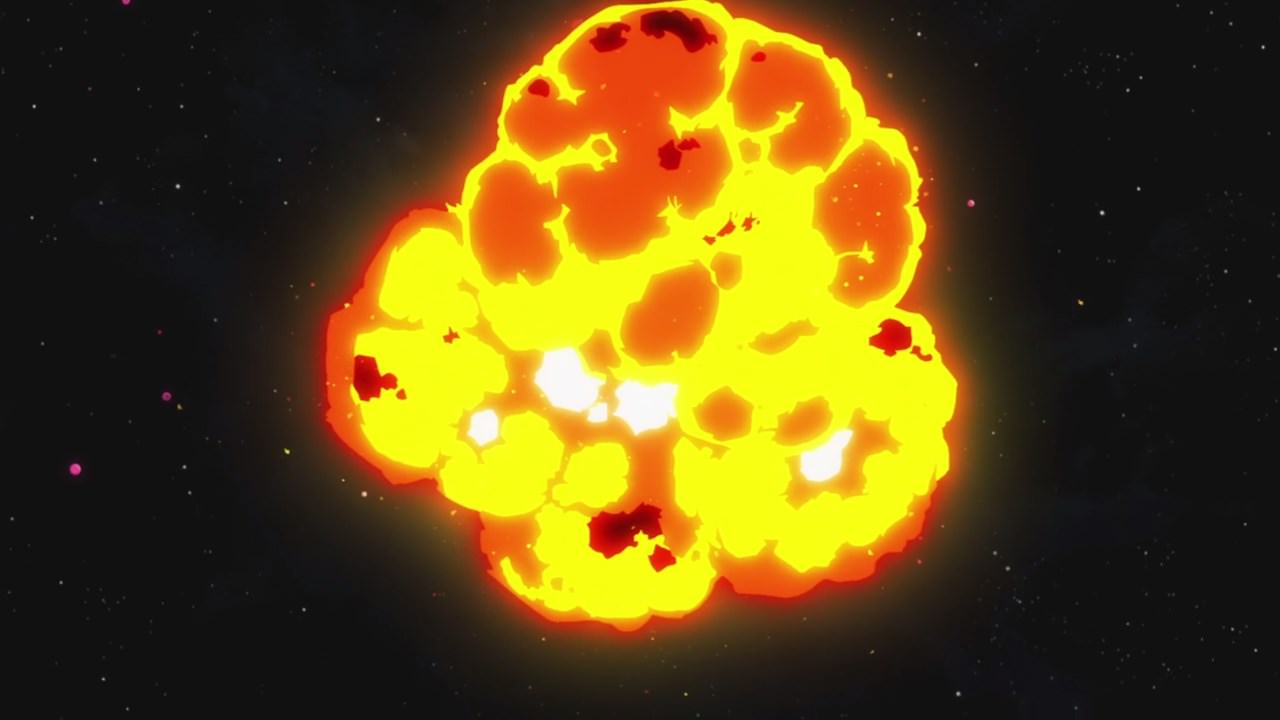 In any case, 9’α used the self-destructive device on his FranXX to take out this VIRM grunt. We’ll gonna miss him as well as the rest of the 9’s! 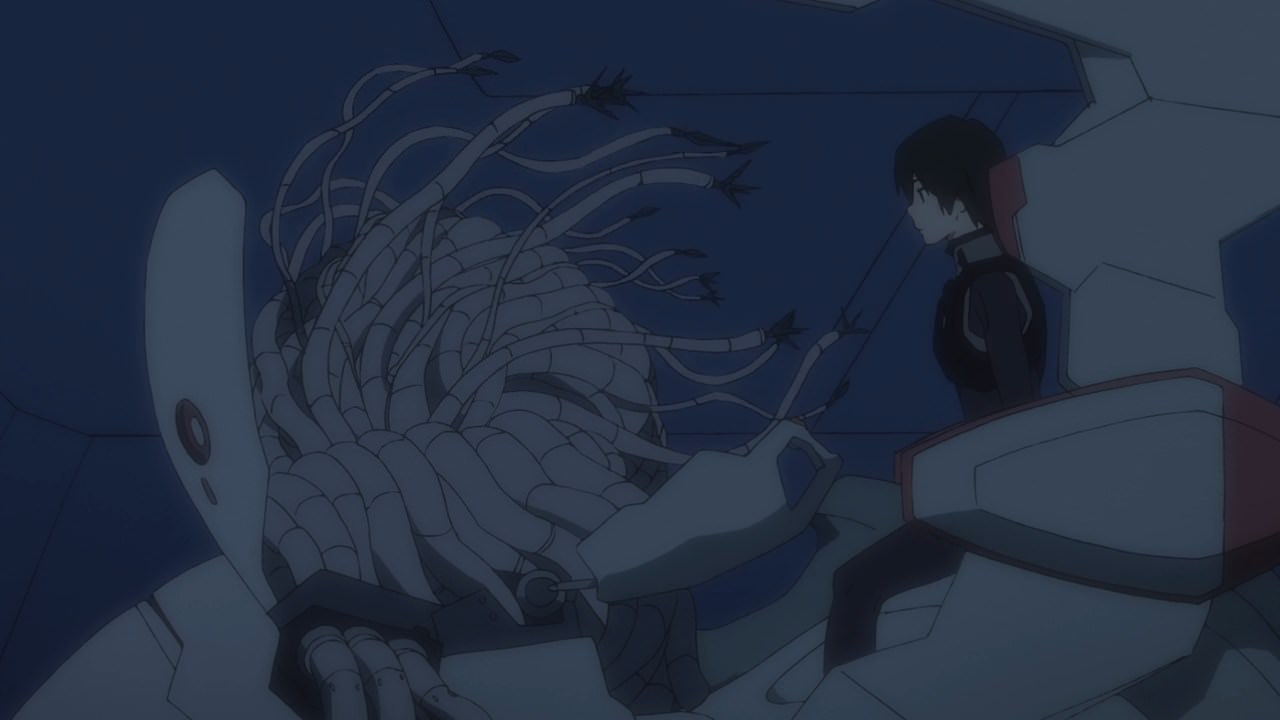 We now return to Hiro as he’s inside Strelizia’s cockpit. Given that her human body is in Earth and her soul is inside the FranXX, this is the form that Zero-Two takes where she’s made from a bunch of wires. 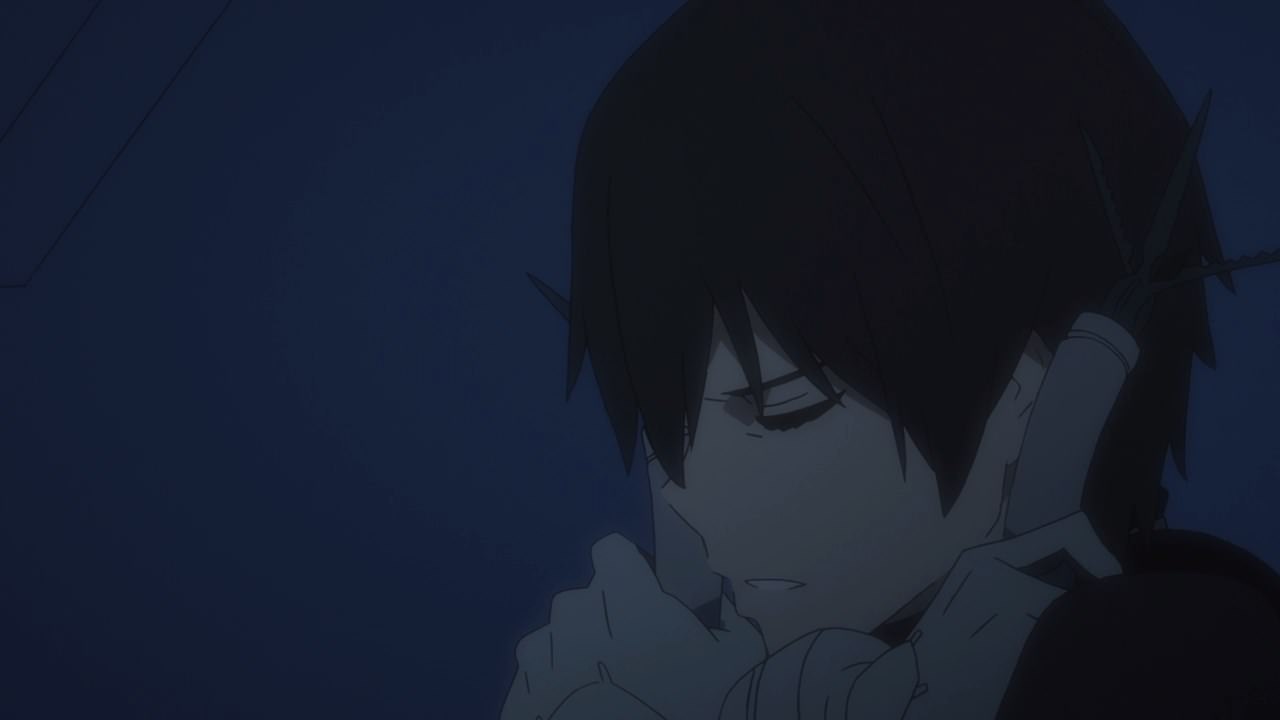 But that’s okay for Code:016 “Hiro” as he’s here to hold Code:002 “Zero-Two” tightly because they promised not to let them go from each other. 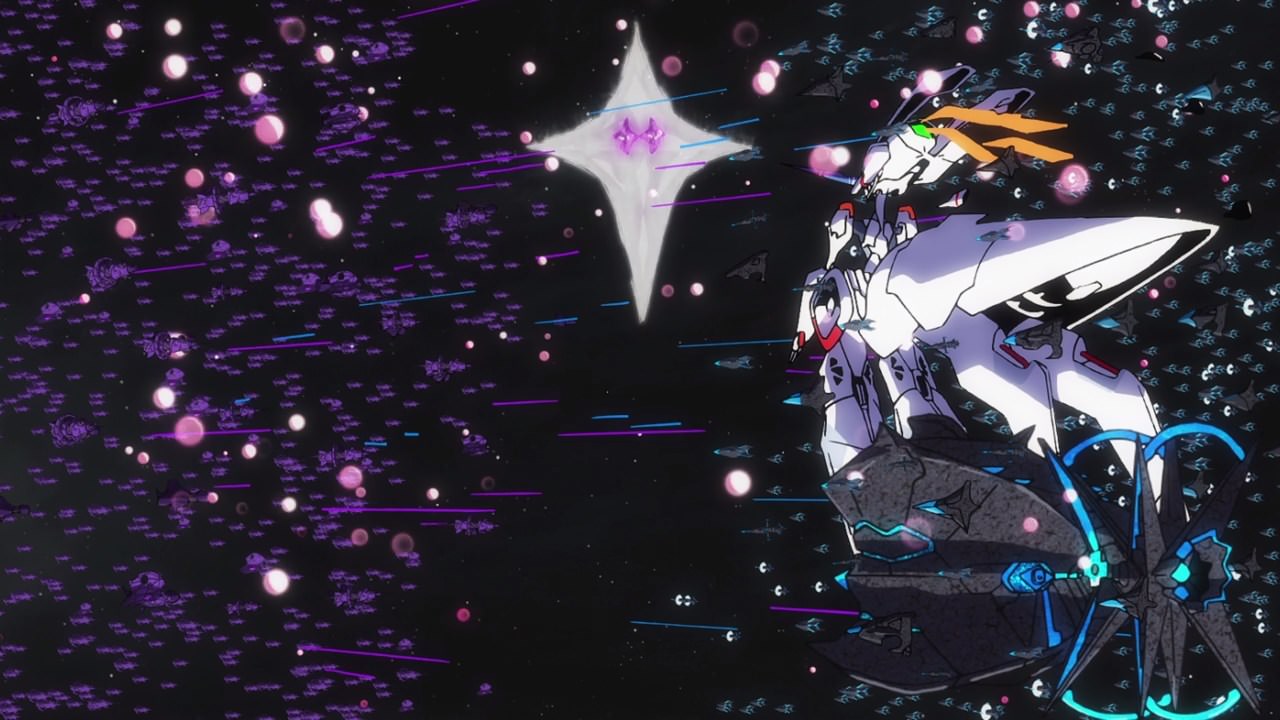 Meanwhile, it seems that VIRM urged them to give up their body and join them in order to achieve harmony and peace.

But you know what, the only thing that they’ll lose on what makes them human is not just their sexual organs, but their sense of individuality as becoming part of a collective mind is far worse than death! 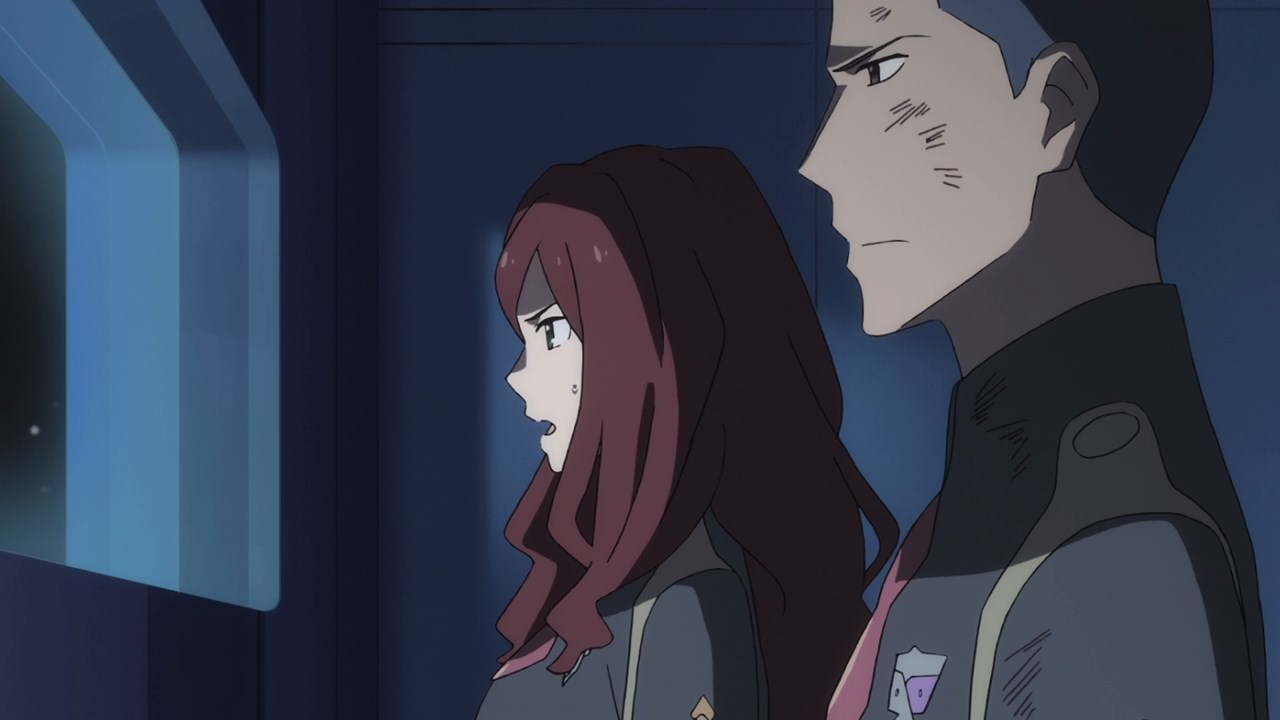 On the other hand, here’s Nana and Hachi as they escaped from one of the klaxosaurs’ ships. After all, they’ll have to defy VIRM’s will because they need to give the children a bright future as responsible adults (except for the new Nana). 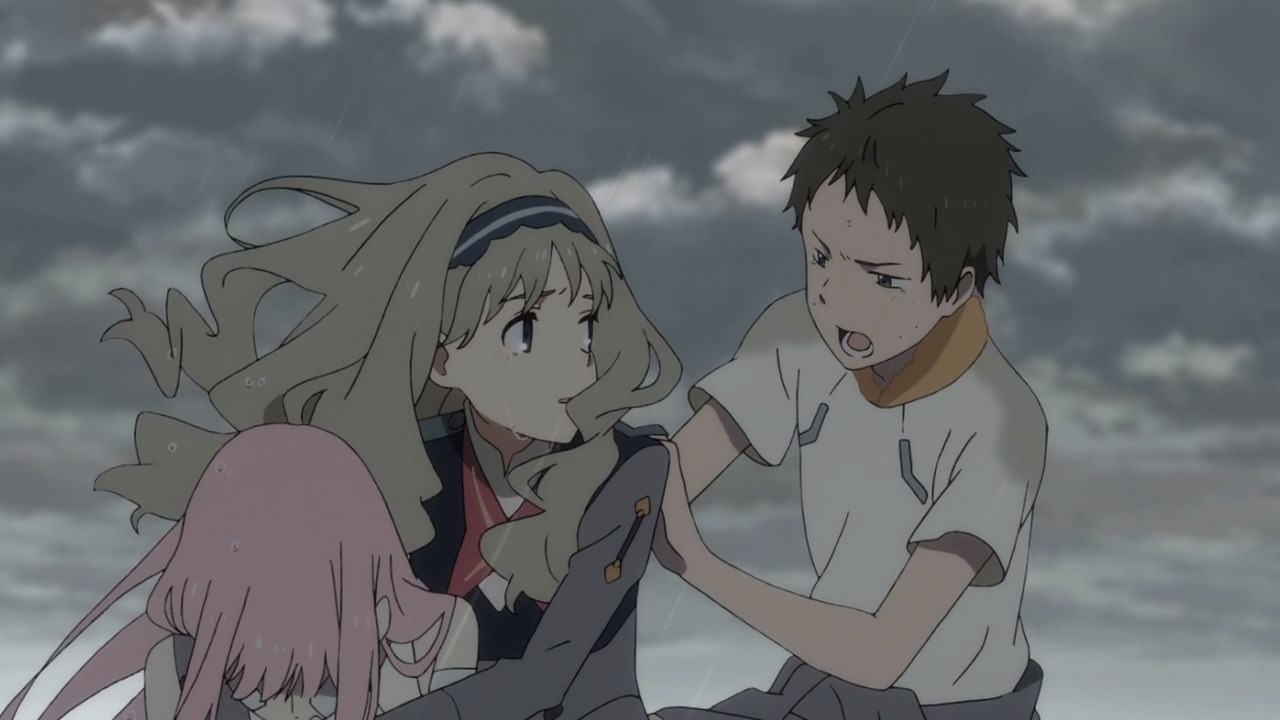 Back on Earth, Code:556 “Kokoro” tries to protect Code:002 “Zero-Two” from the heavy raid, but Code:326 “Mitsuru” tries to stop Kokoro because rain is dangerous. Really, the only thing that’s far more dangerous is lightning strikes.

Still, I must say that even though their memories are wiped, both Mitsuru and Kokoro cared for each other that they still have their respective wedding rings. And also, they can just start over and create new memories! 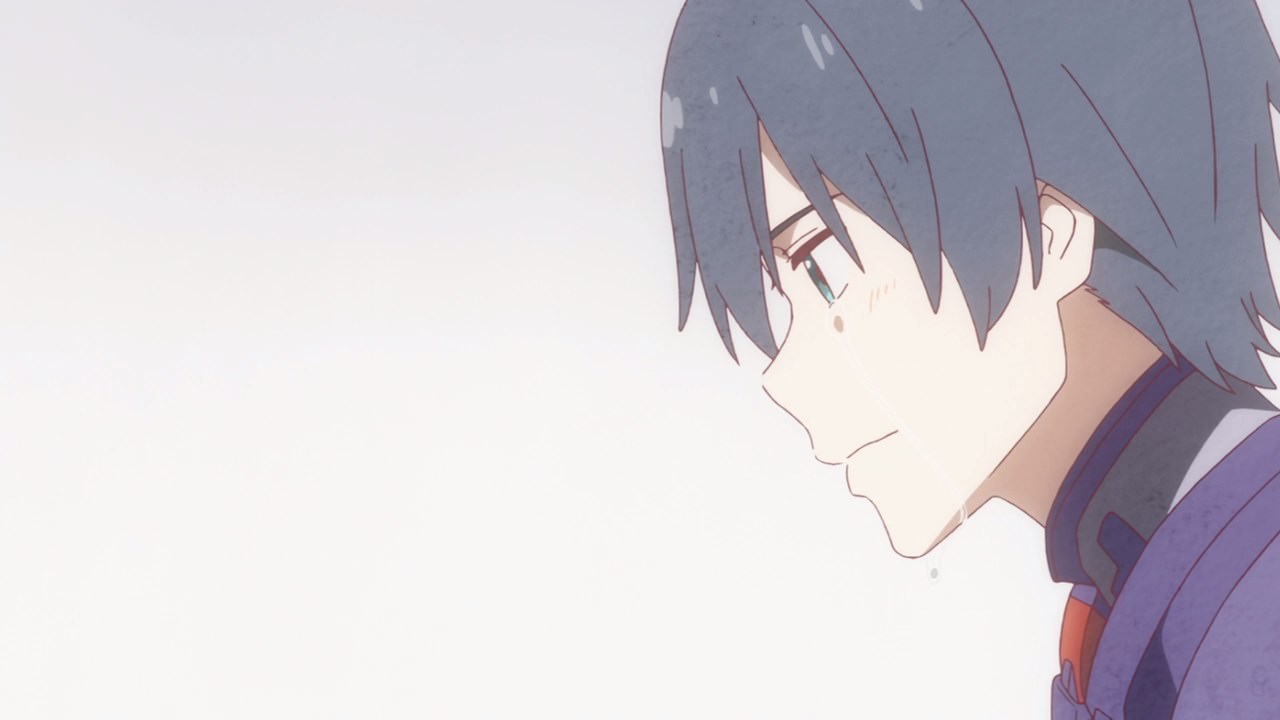 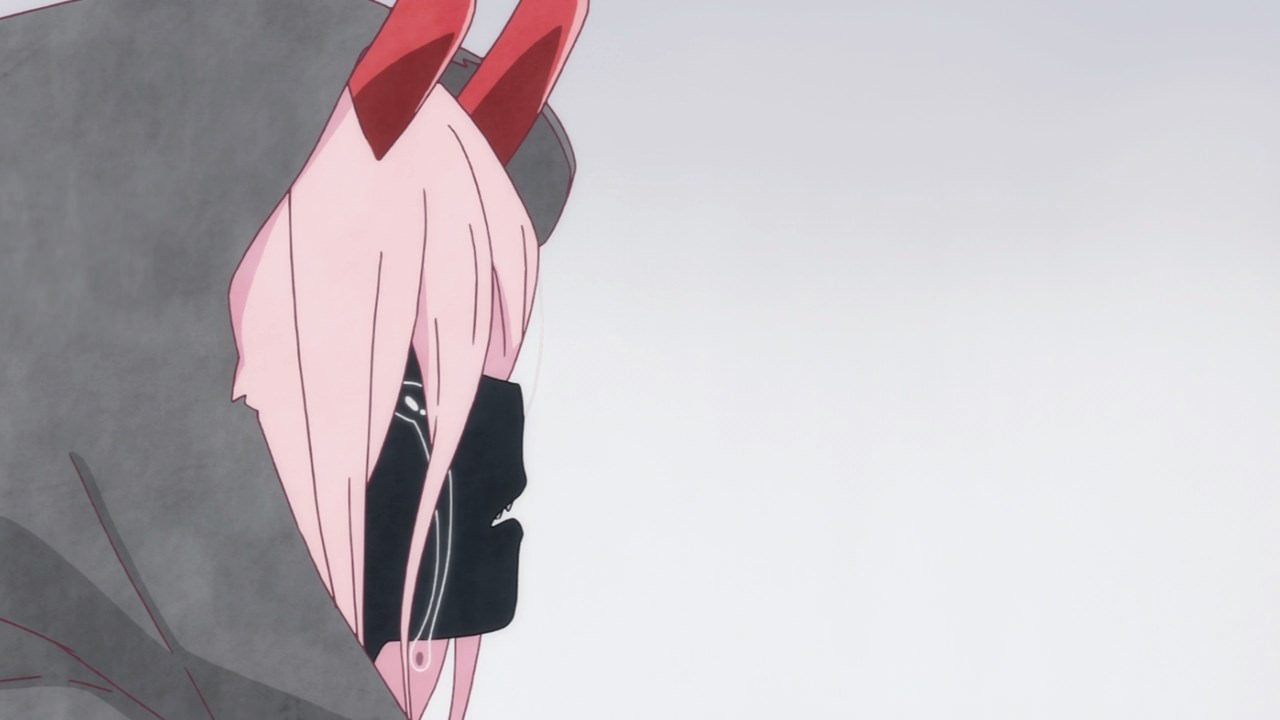 We now return to Code:016 “Hiro” as he finally approached Code:002 “Zero-Two”, telling her that she’s no longer alone as they’ll try to create a happy ending together.

Much like Episode 15, I must say that it’s nice to see them back together!

With that said, it’s time for Zero-Two and Hiro to become as one. No, they’re not gonna have sex or anything because Zero-Two doesn’t have a human body. 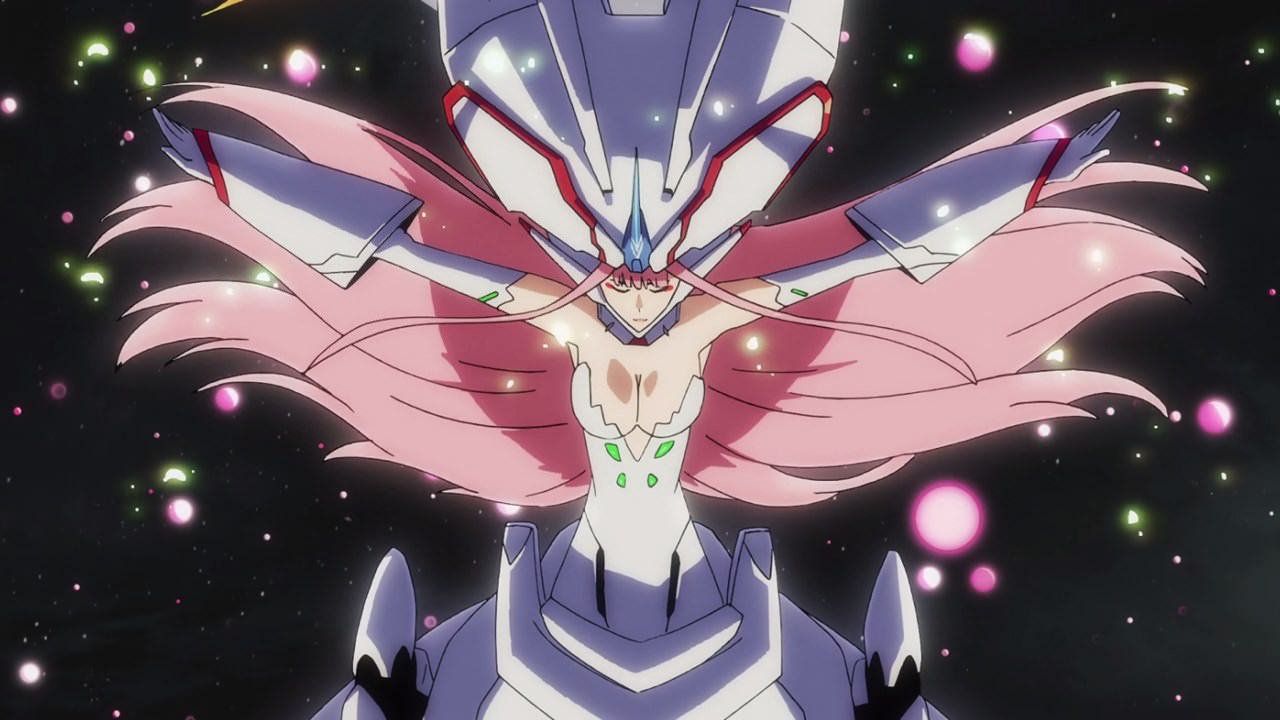 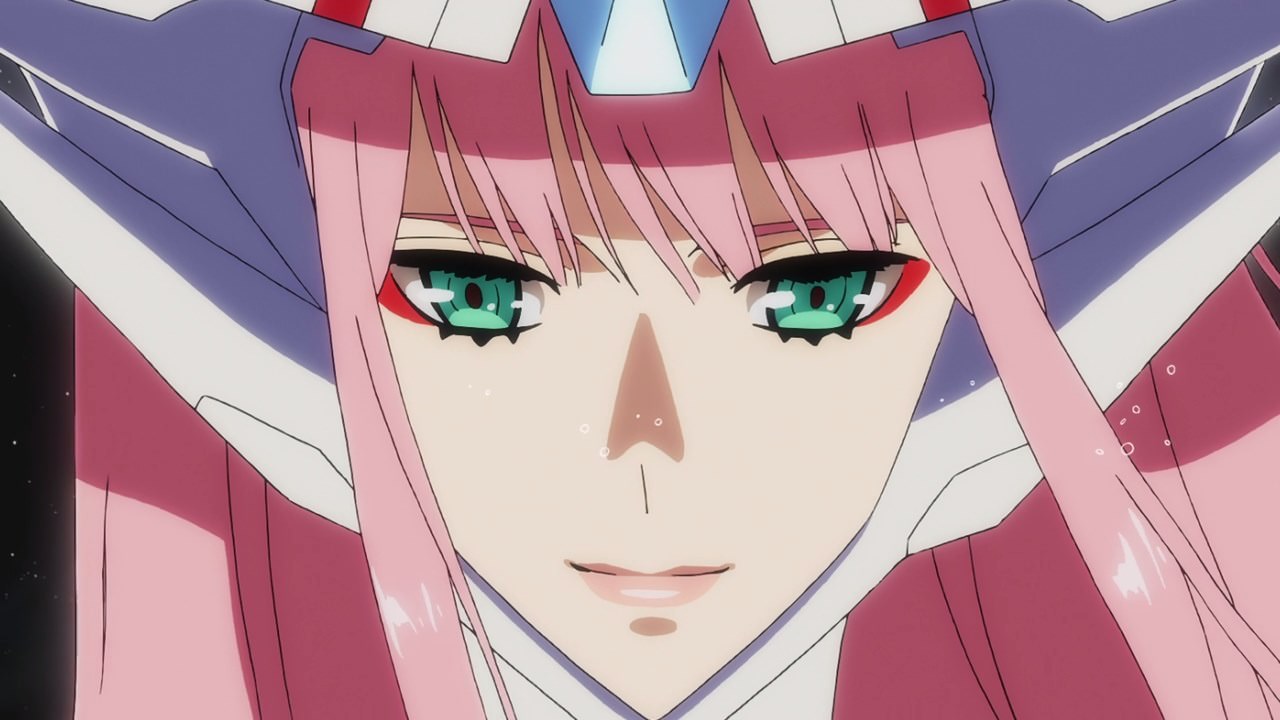 But hey, her FranXX body made some dramatic changes and it turns into a giant armor-clad woman, now known as Strelizia True Apath. Man, if only Dr. Franxx sees this! 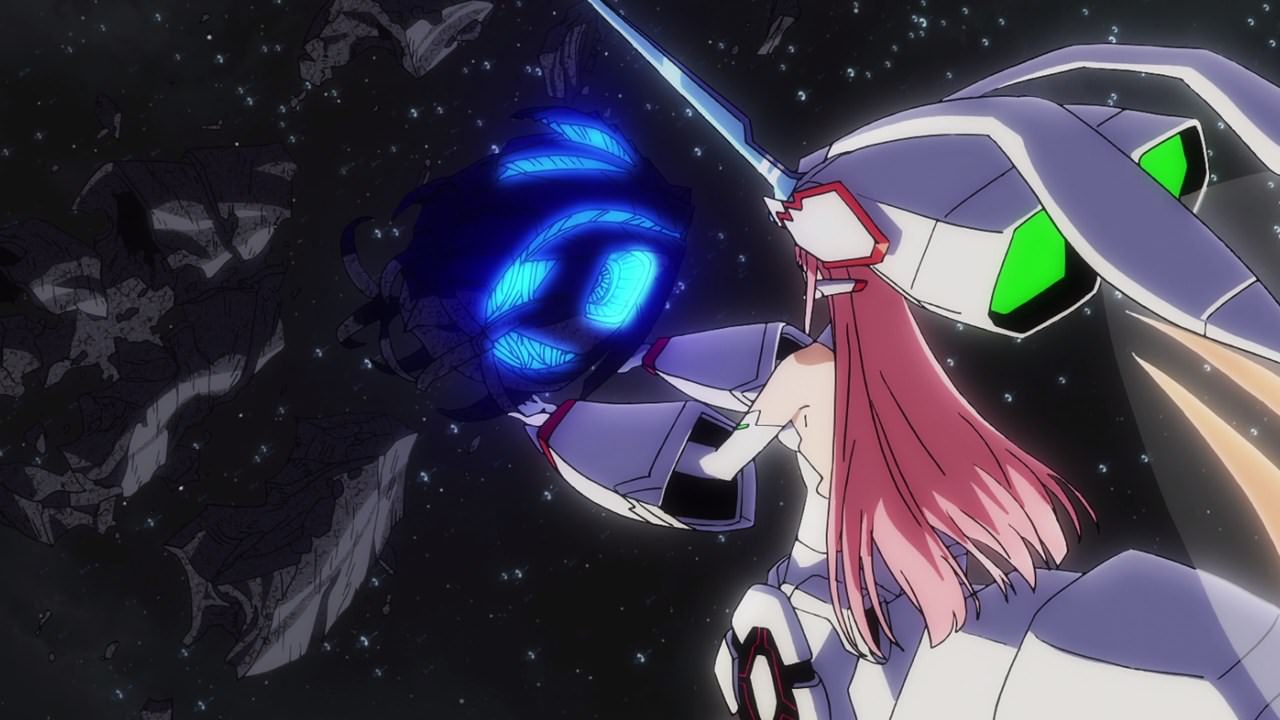 And as you can see, Strelizia True Apath grabbed the bomb from one of the klaxosaurs’ wrecked ships like a bouquet of flowers. Come to think of it, Zero-Two’s giant FranXX body looked like a bride!

By the way, would it be nice if you grabbed the spear Hringhorni from VIRM? Then again, VIRM will use the spear to destroy Strelizia True Apath for good. 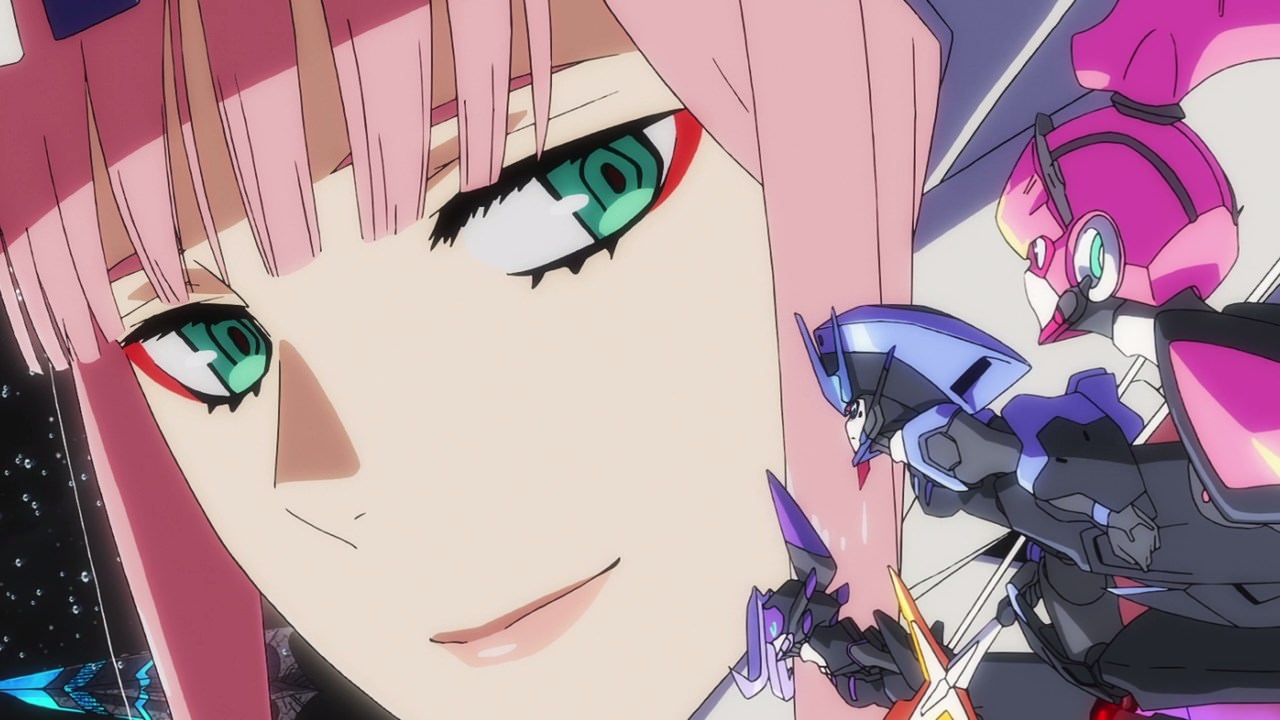 Anyways, Code:002 “Zero-Two” told Code:015 “Ichigo” and the rest of Squad 13 that she and Code:016 “Hiro” will go deep inside VIRM’s territory and destroy its main forces to end the war for good.

Of course, Ichigo and the rest won’t let them go as they please because they’re an inseparable team. Then again, going towards enemy territory would be very dangerous for Plantation 13’s FranXX Team. 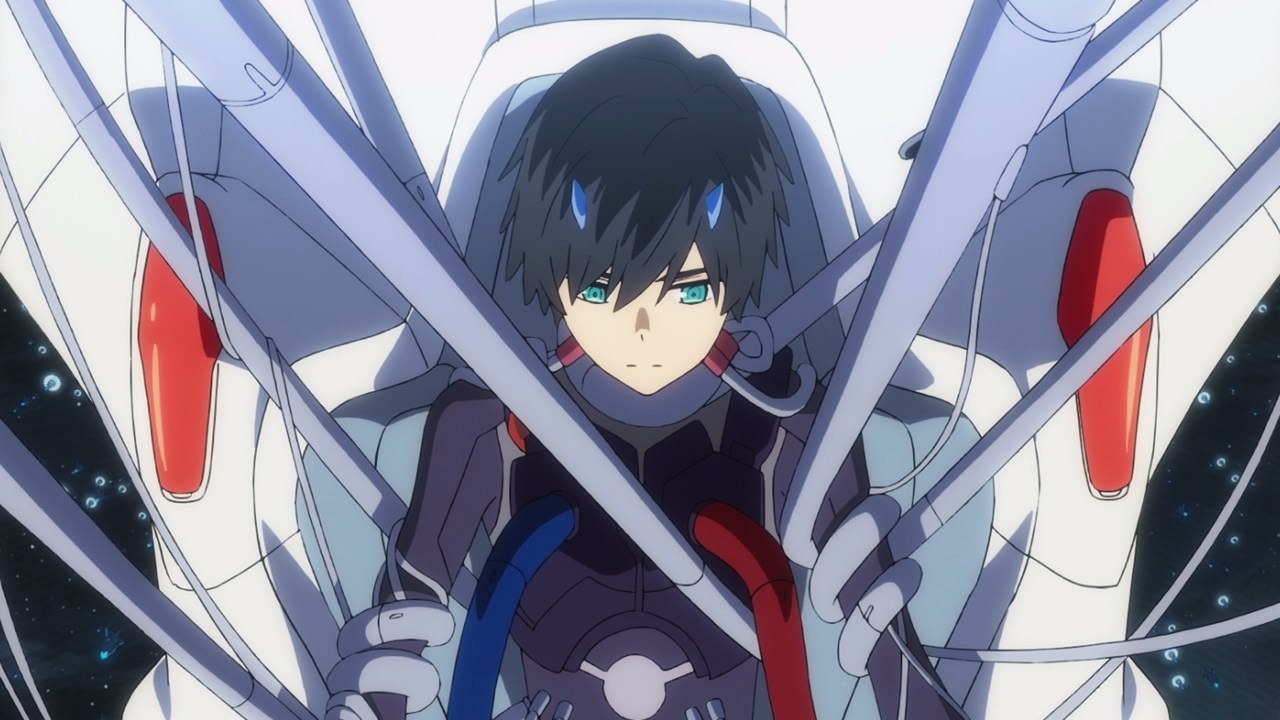 Still, the likes of Code:056 “Goro” will have no choice but to let them go in order to defeat VIRM once and for all. However, they told both Code:002 “Zero-Two” and Code:016 “Hiro” to return to Earth alive.

Let’s hope that Hiro and Zero-Two kept that promise until the end because it wouldn’t be the same without them! 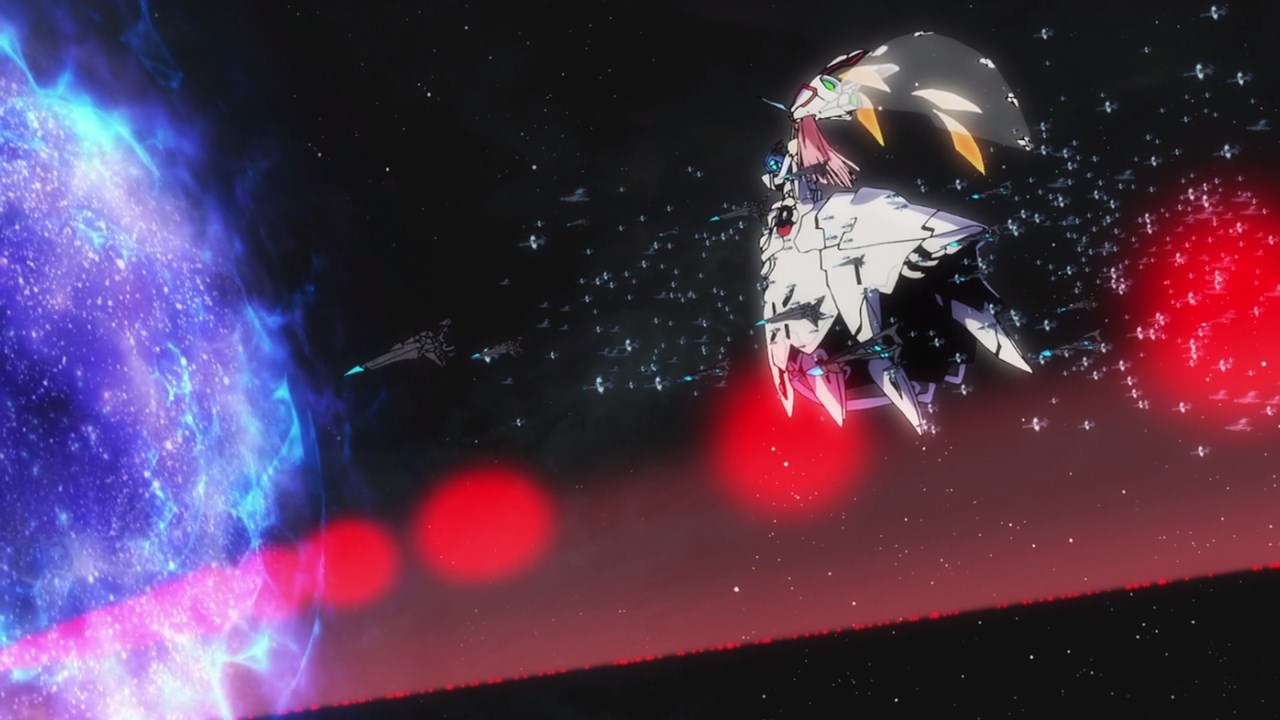 Anyways, I’ll see you next week for the final episode of Darling in the FranXX. Will VIRM crush the klaxosaurs for good, or Hiro and Zero-Two pull a fantastic miracle?

One more thing, you notice that Yuuichiro Umehara is not voicing Code:056 “Goro” due to autoimmune disease. Let’s hope that he’ll be okay!