Legend of the Galactic Heroes: Die Neue These Episode #12 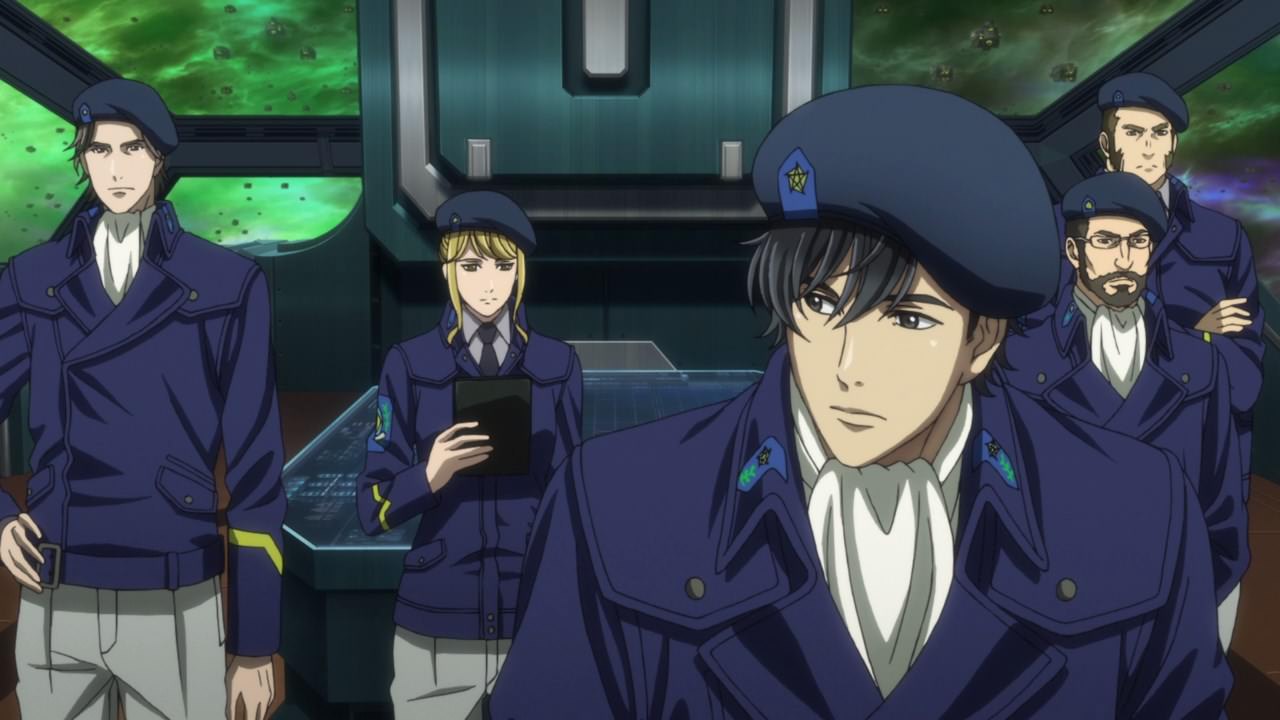 Well guys and girls, this is the final episode of the Legend of the Galactic Heroes: Die Neue These as Sub-lieutenant Frederica Greenhill delivered the bad news to Vice-Admiral Yang Wen-li that the supply fleet has been destroyed by the Galactic Empire.

I have to say that the situation is getting grim for the Free Planets Alliance and the only thing that they can do is to retreat. 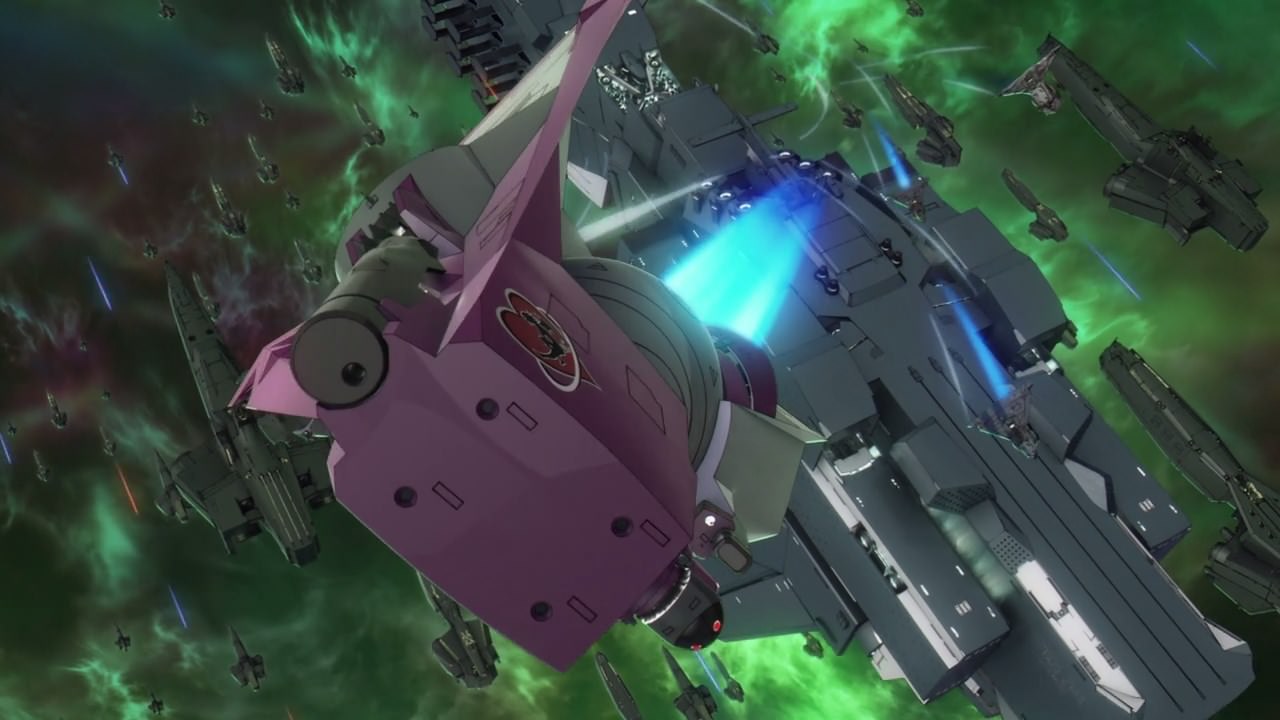 However, Vice-Admiral Yang will have to create an escape path for themselves by sending the Air Combat Unit to fend off enemy fighters from blocking their path. 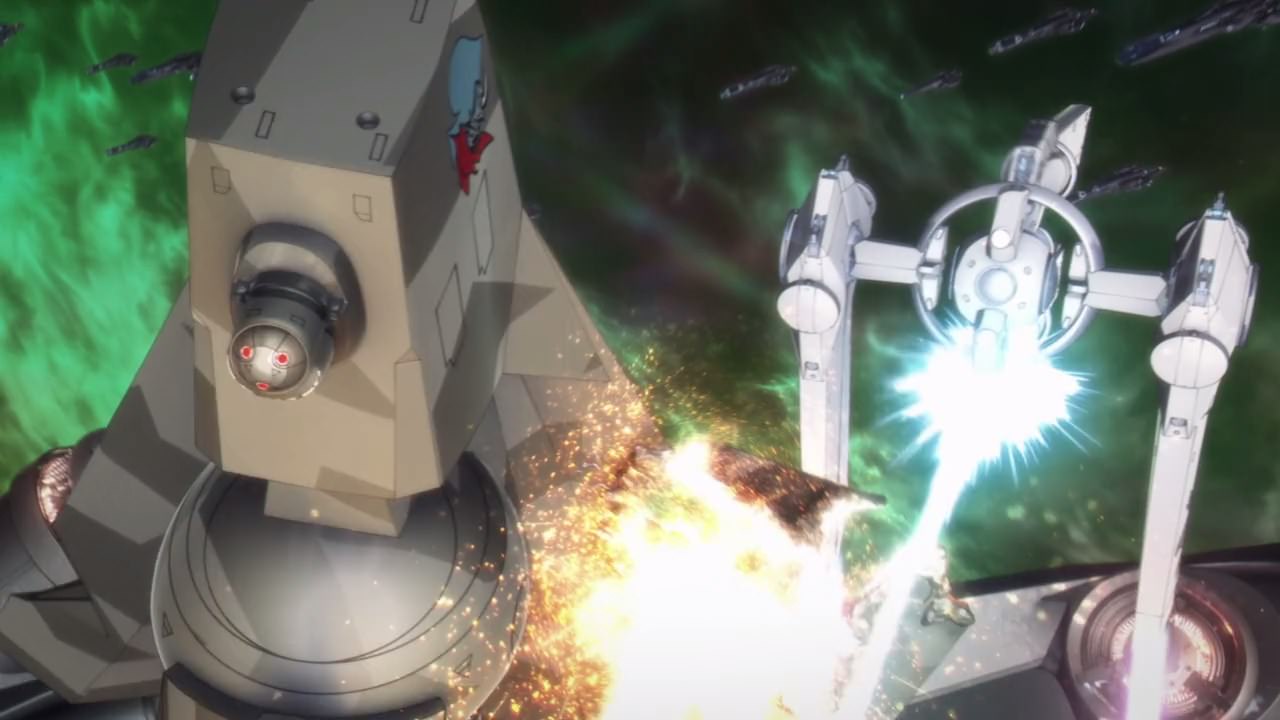 But then again, seems that the Galactic Empire outmatched and outnumber them. Coupled with their dwindling supplies, the best pilots will go down easily as their faulty equipment failed them. 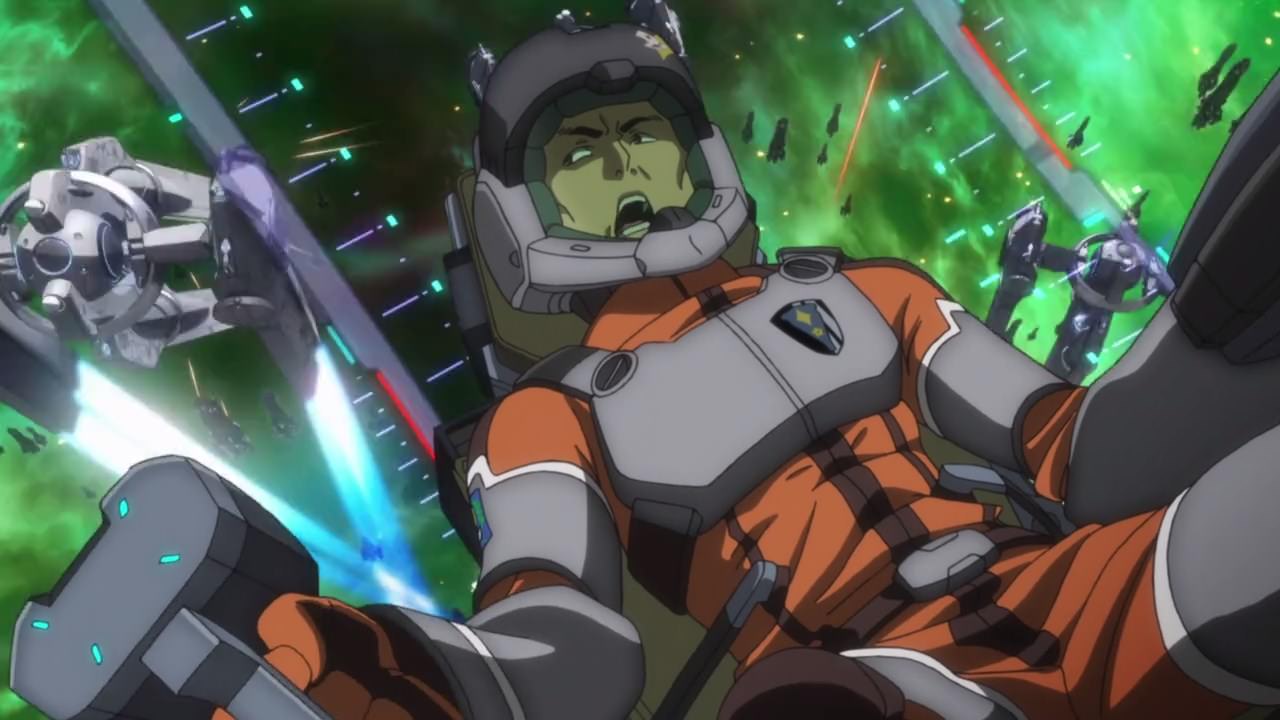 At this point, the 13th Fleet are currently sitting ducks as they’re surrounded. And it’s not just Vice-Admiral Yang Wen-li, but literally everyone from the Alliance. 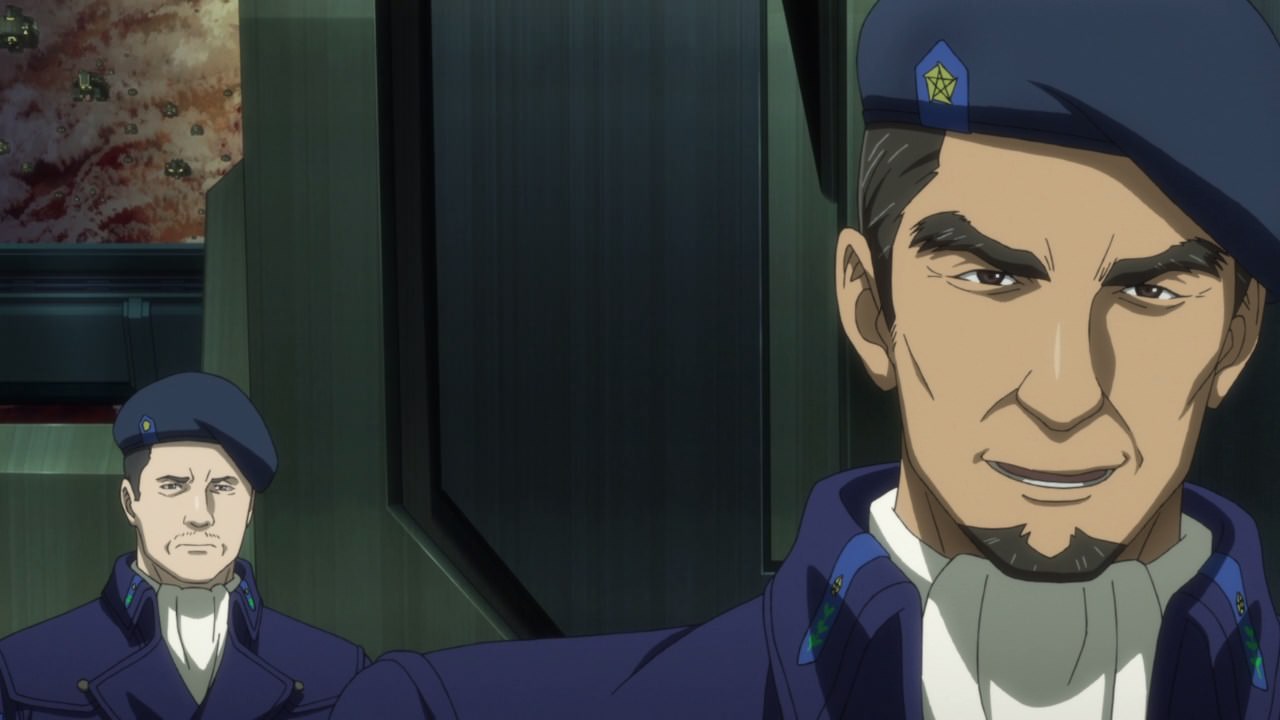 However, there is some hope as Vice Admiral Ulanhu decided to break the enemy lines and make their speedy retreat. In fact, most of the fleet commanders agreed for a retreat but some of them aren’t so lucky! 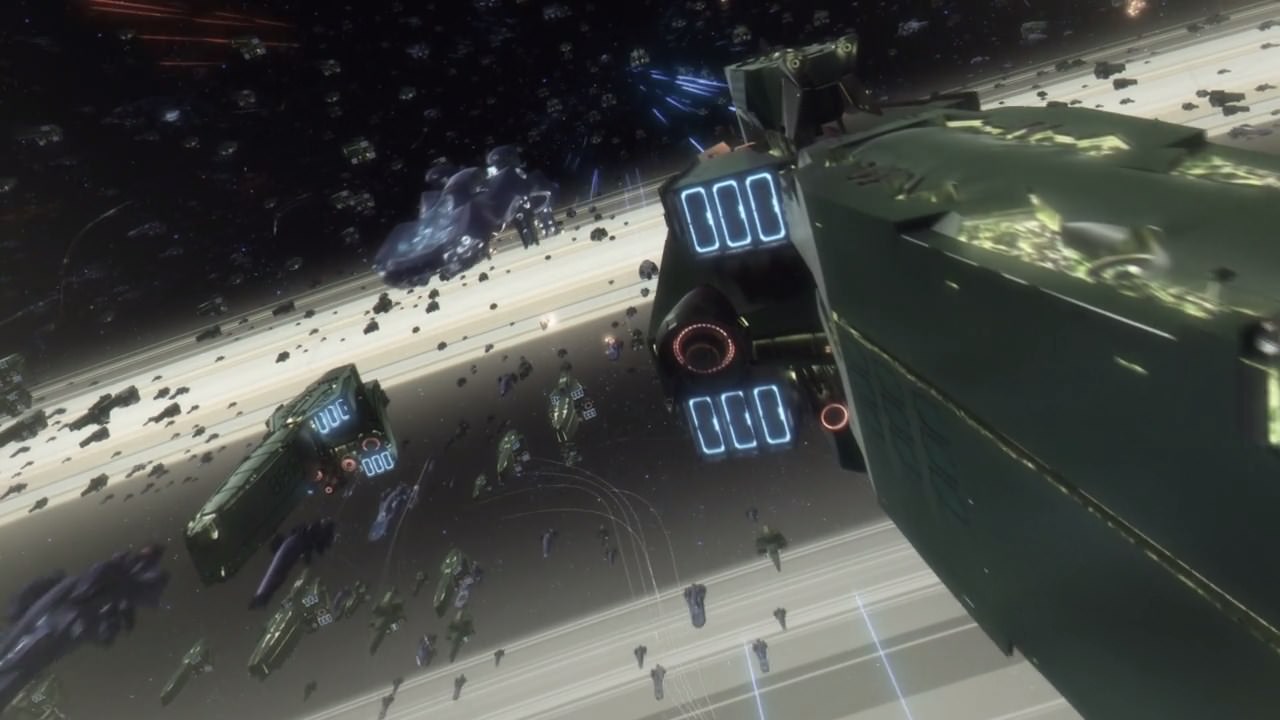 With that said, the 10th Fleet broke free from the Vice Admiral Bittenfeld’s fleet, although it’s not easy as Vice Admiral Ulanhu lost half of the fleet’s ships. 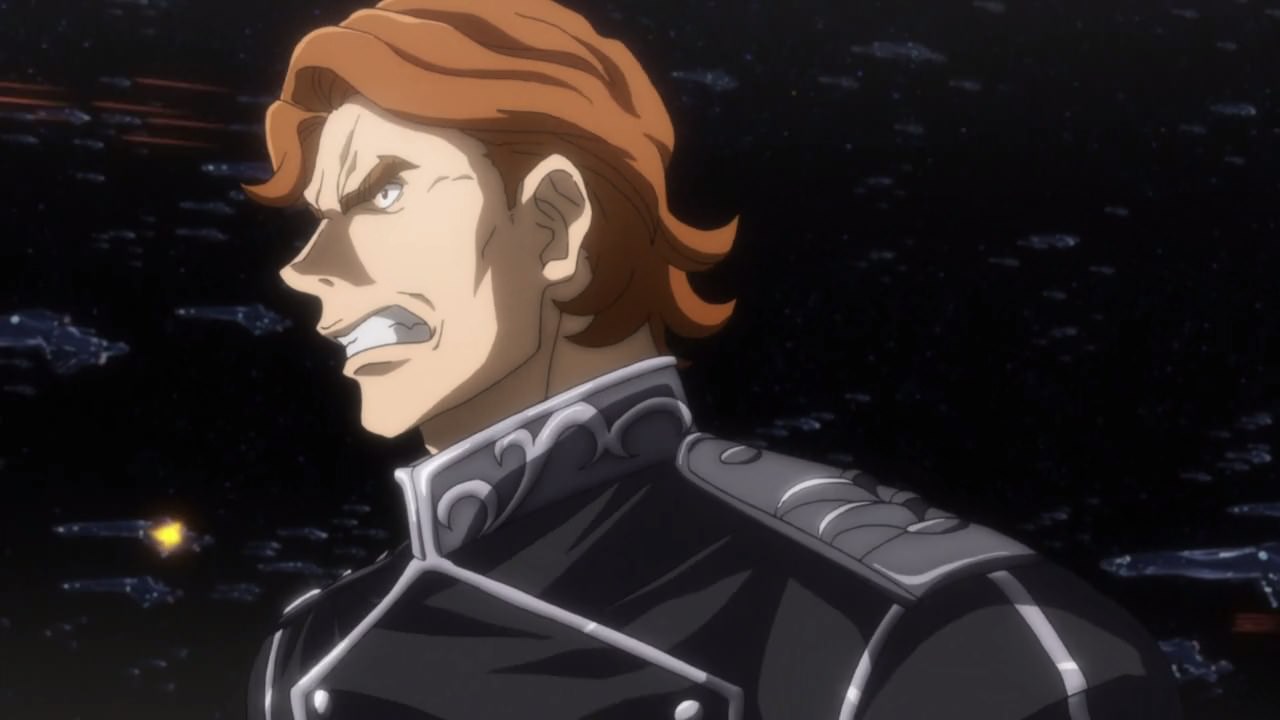 As for Vice Admiral Fritz Joseph Bittenfeld, he was caught off-guard that he almost got a total victory against the 10th Fleet. Nevertheless, Vice Admiral Bittenfeld will have to let them go for now. 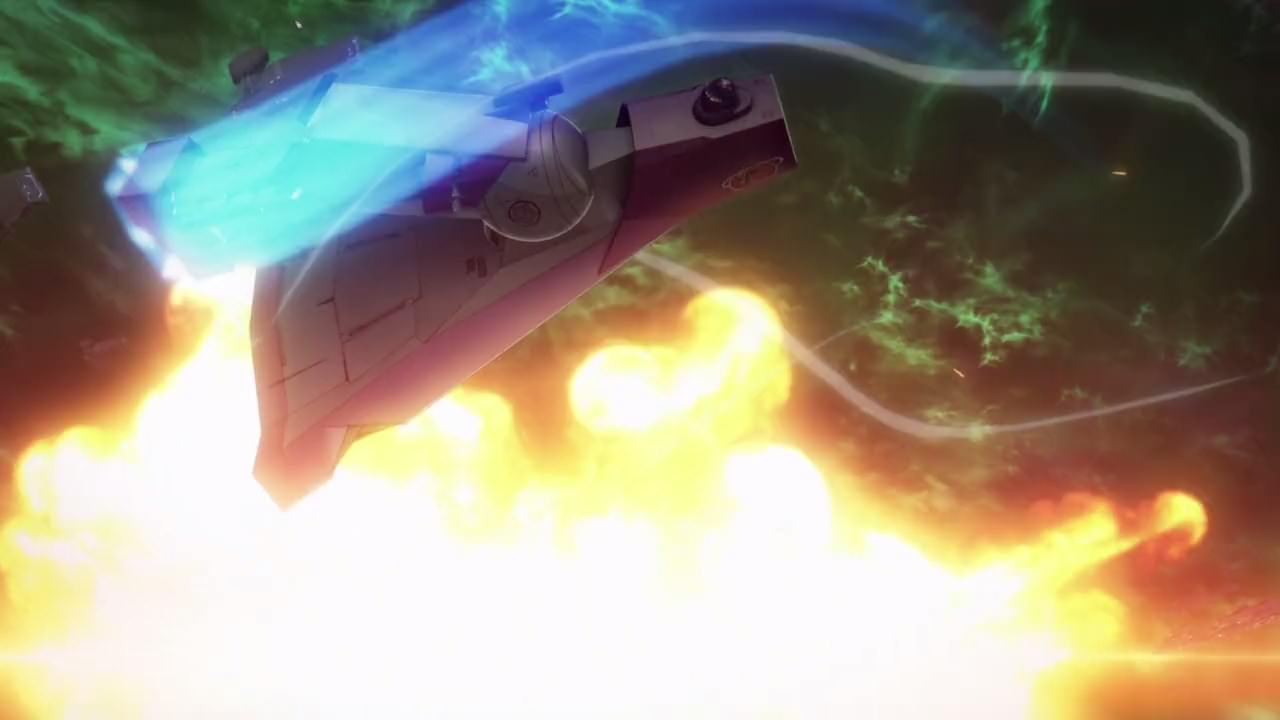 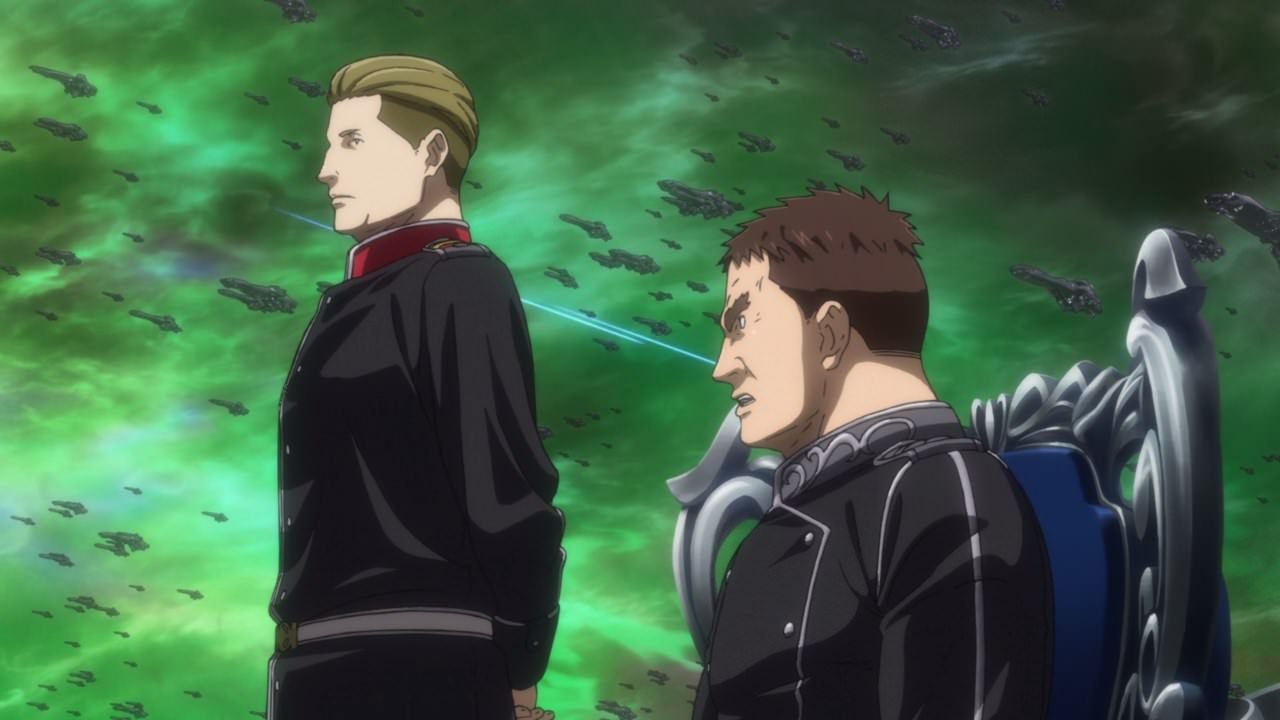 Speaking of Vice-Admiral Kempff, he’s very pissed that he lost his chance to sink the 13th Fleet. So, Lieutenant Lubitsch suggested to make their retreat and have someone do the clean-up work. 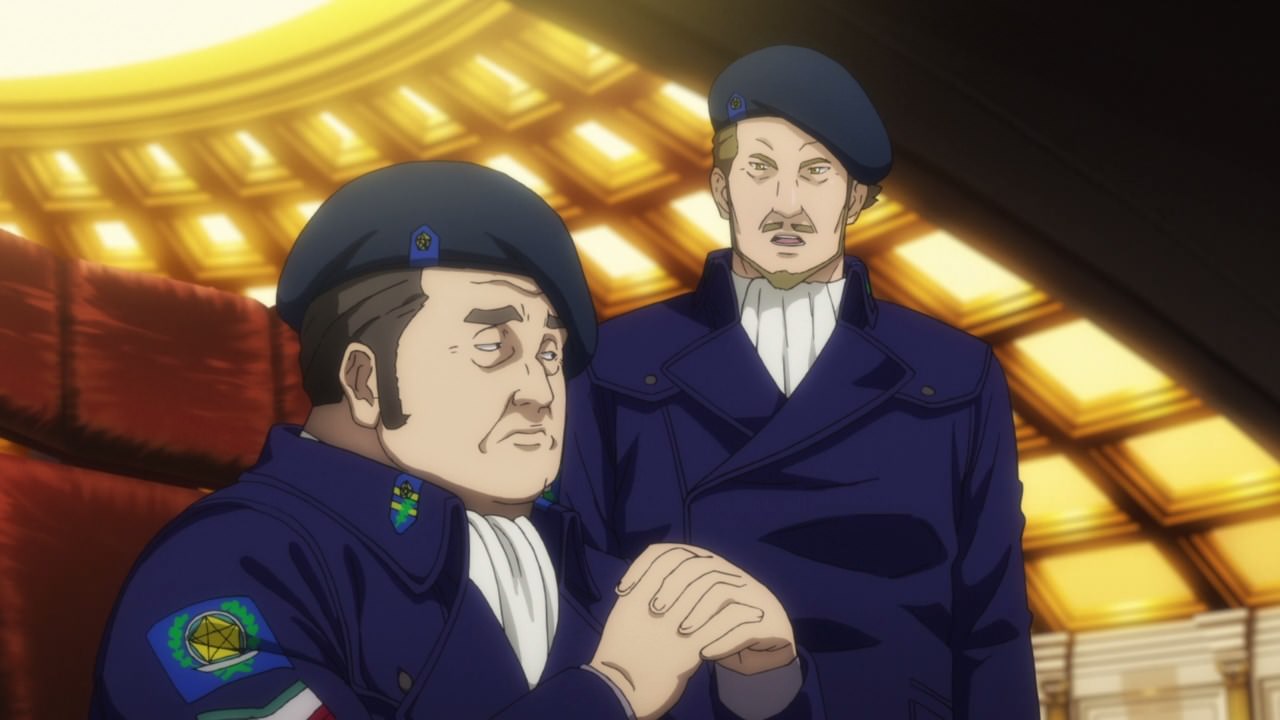 Back at the Iserlohn Fortress, Admiral Dwight Greenhill told Supreme Commander Lassalle Lobos regarding the current situation, which is very unfavorable for the Free Planets Alliance that a retreat is the only option.

However, Supreme Commander Lobos told Admiral Greenhill to order all the remaining fleet to gather at the Amritsar Starzone as the Alliance wants to launch another attack against the Empire. You know what, I think the offensive from the Alliance will no longer work! Not only that, but another fleet from the Galactic Empire will join the fray. 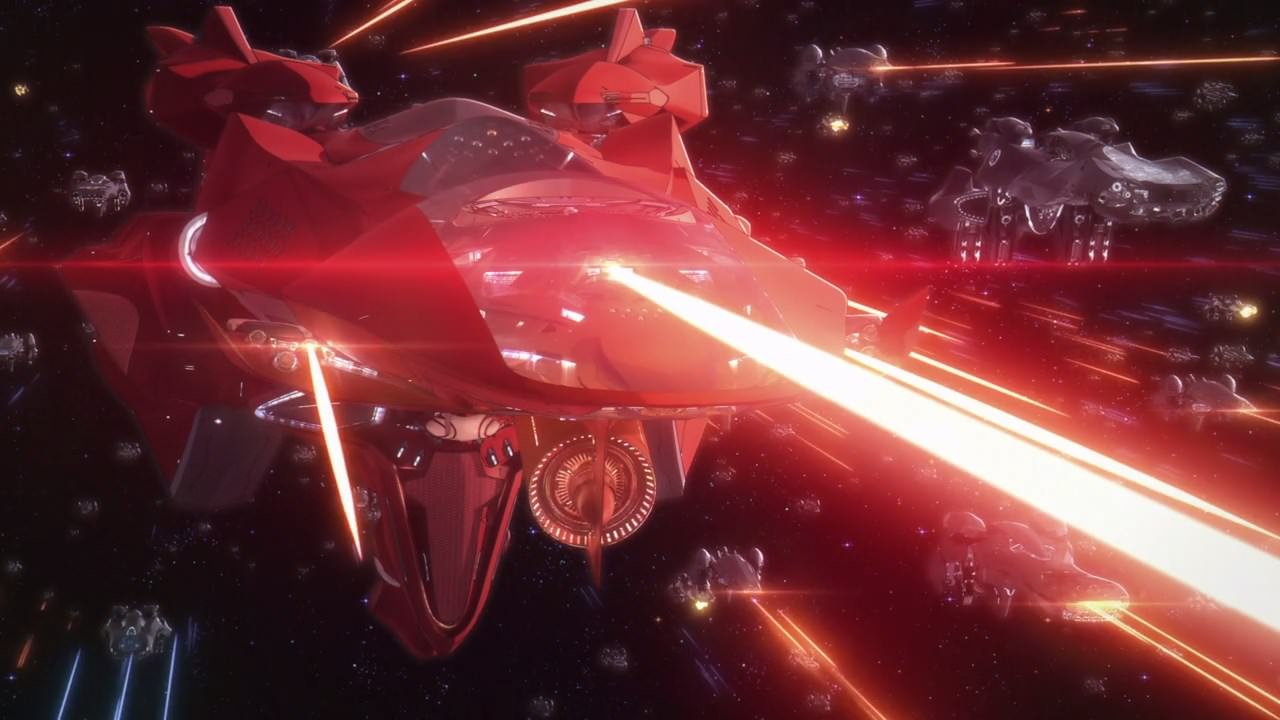 Case in point, Rear Admiral Siegfried Kircheis and his fleet as they’re here to pursue the 13th Fleet after cleaning-up the supply convoy. Seems that Vice-Admiral Yang Wen-li will have to deal with Fleet Commander Reinhard von Lohengramm’s right-hand man. 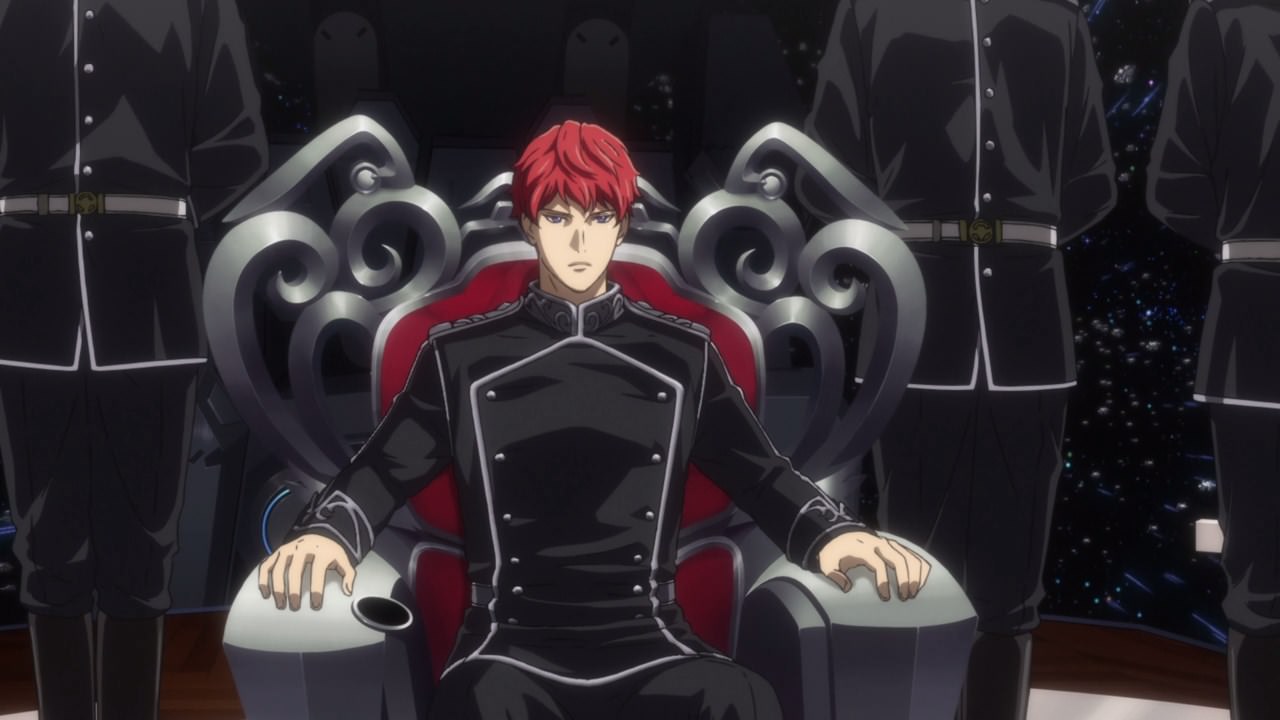 And here’s Rear Admiral Siegfried Kircheis who is very calm and collected as he pursues the 13th Fleet until they’re completely destroyed. Really, I can’t bear to watch! 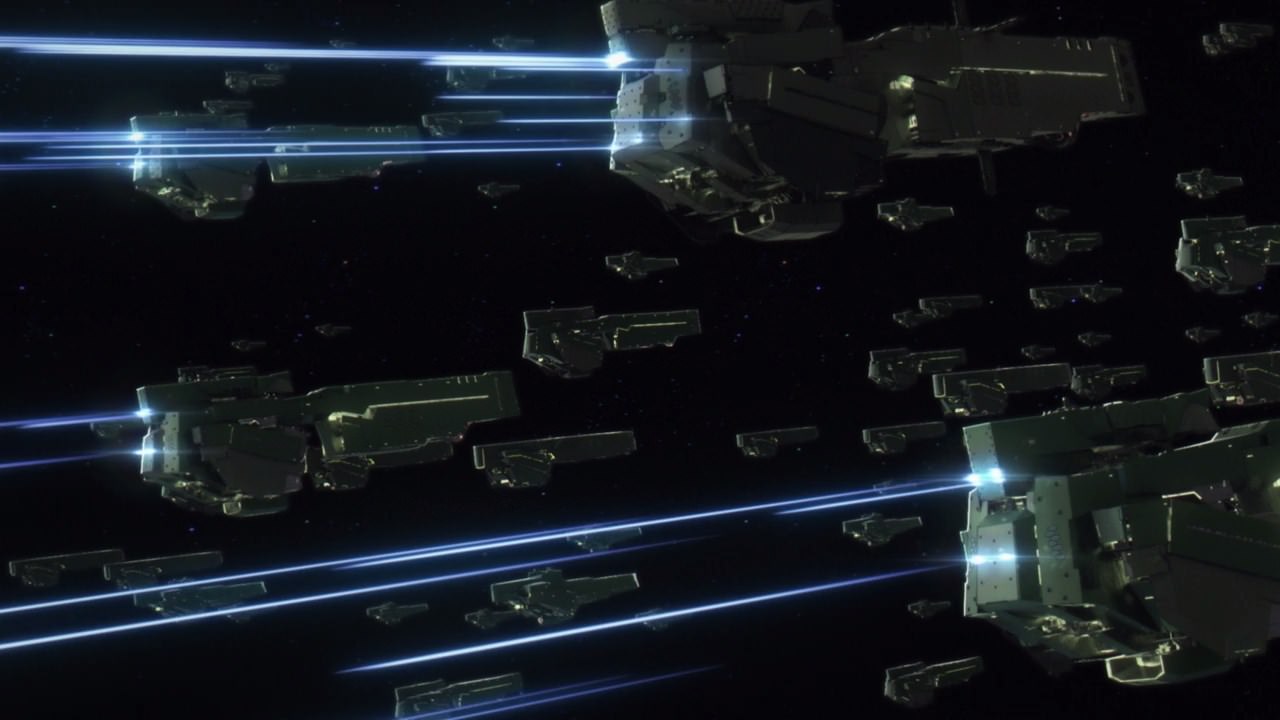 However, a spanner was thrown toward Kircheis’ fleet as the 13th Fleet got some unexpected help from the 7th Fleet led by Vice Admiral Hawood. 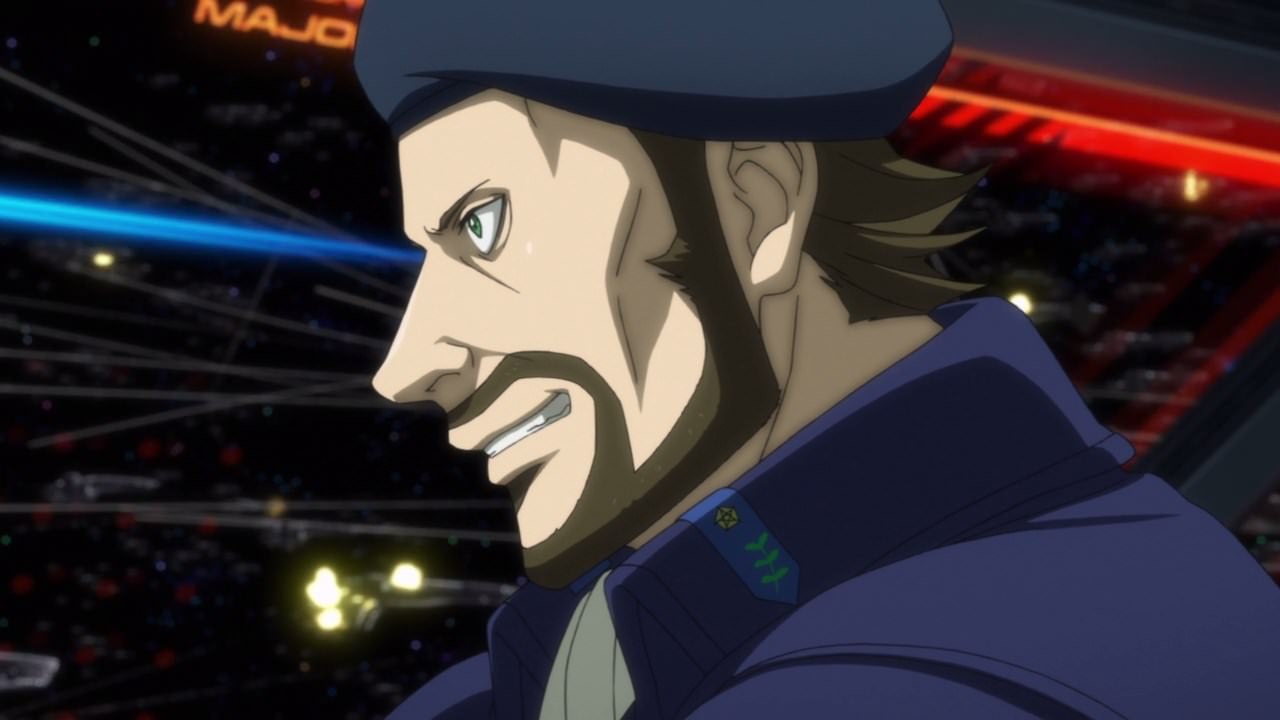 And speaking of Vice Admiral Hawood, looks like he’s giving Vice-Admiral Yang some more time to make their retreat. I must say that I salute him for his sacrifice! 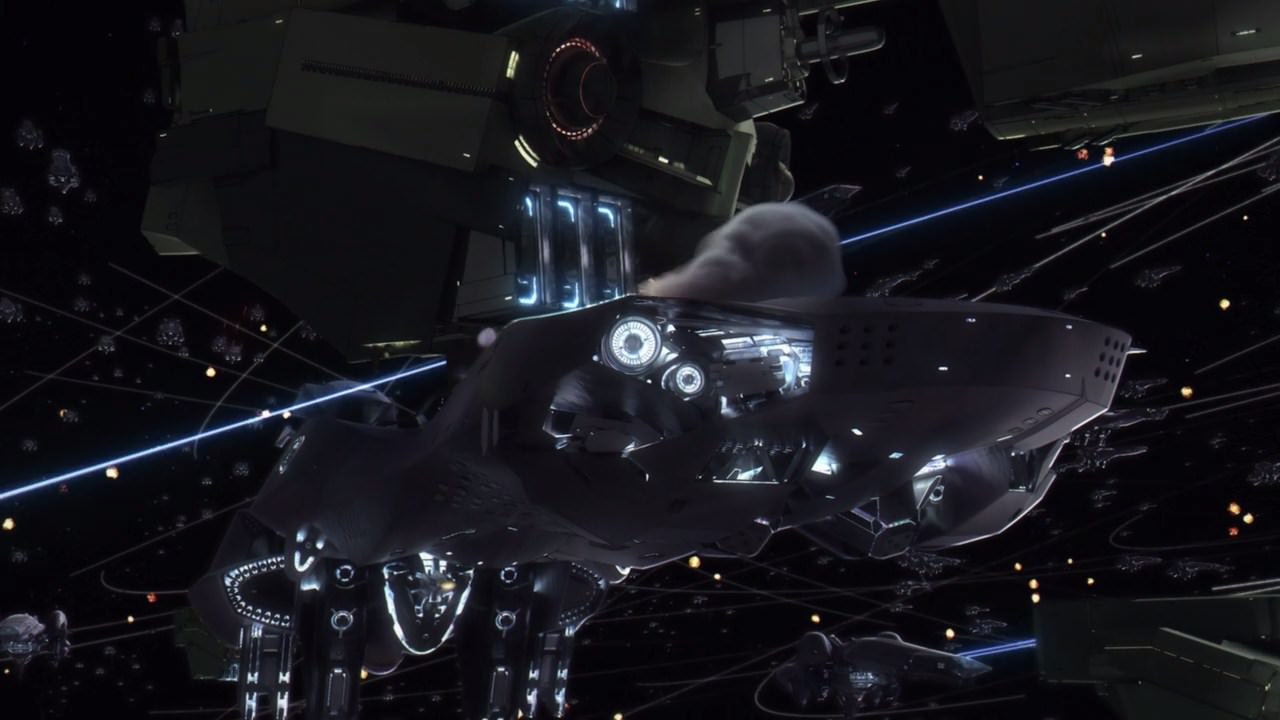 Anyways, the 13th Fleet managed to escape from Rear Admiral Kircheis and his fleet as they’re heading towards to Amritsar Starzone to meet up with the surviving fleet. 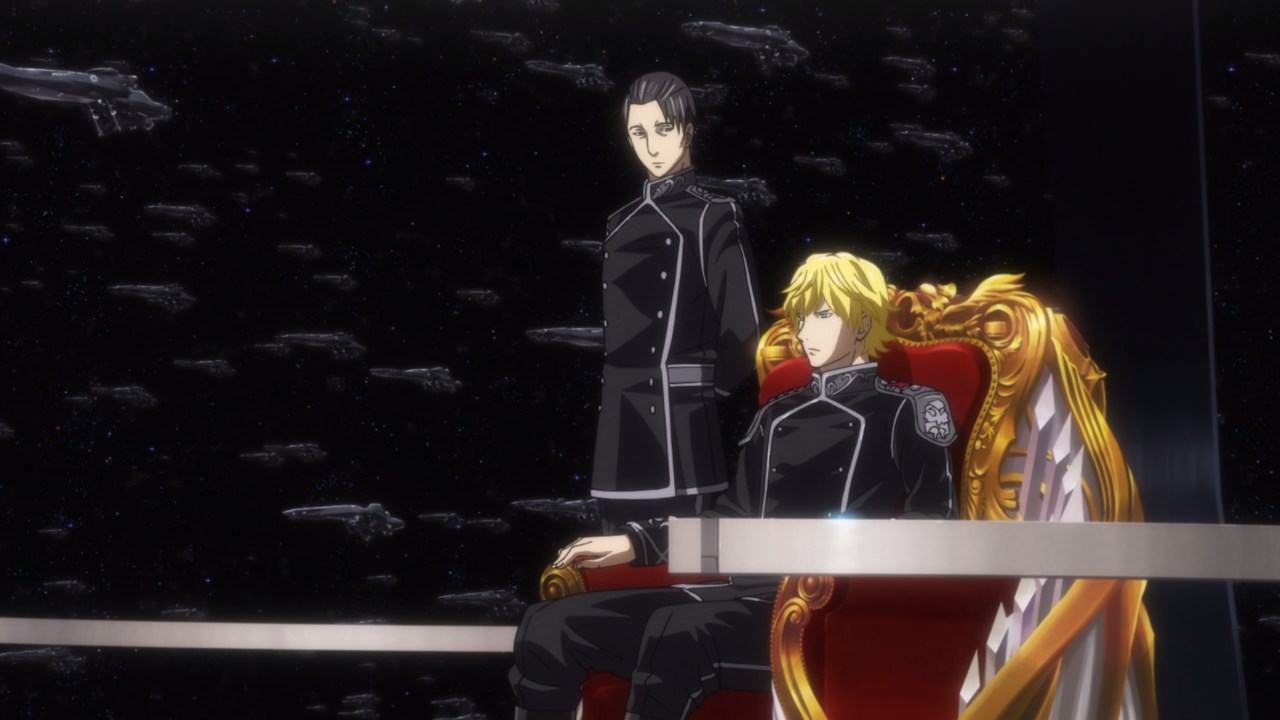 But you know what, Fleet Commander Lohengramm wanted to crush the entire expeditionary forces at Amritsar. Well, Commodore Paul von Oberstein planned it all along to ensure that victory will be achieved.

And that’s the end of Legend of the Galactic Heroes: Die Neue These and I must say that I love watching this new version of the classic novel series. Despite the awesome visuals and digging deeper to other subjects such as politics, I feel that it’s not enough to satisfy me as I want it more. C’mon, Production I.G should have created a 24-episode anime series instead of 12.

Still, there’s more to come from this legendary series as there will be a movie trilogy next year, although it’ll be a long wait for me to watch the epic battle between Yang Wen-li and Reinhard von Lohengramm. Anyways, see ya next year!