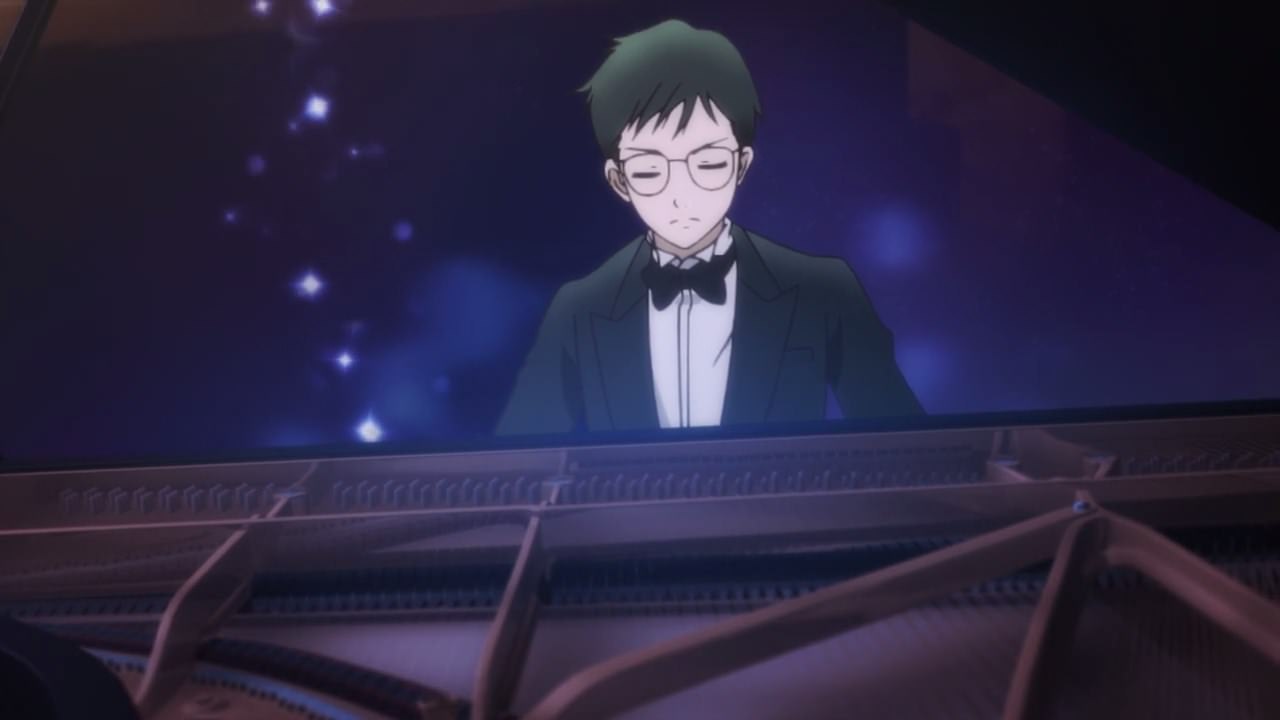 Well everyone, it’s time for Shuhei Amamiya to show his stuff at the first stage of the International Chopin Piano Competition.

By the way, he’s using a Steinway just like Kousei Arima. Yeah, Natsuki Hanae voiced both characters so it’s no surprise there! 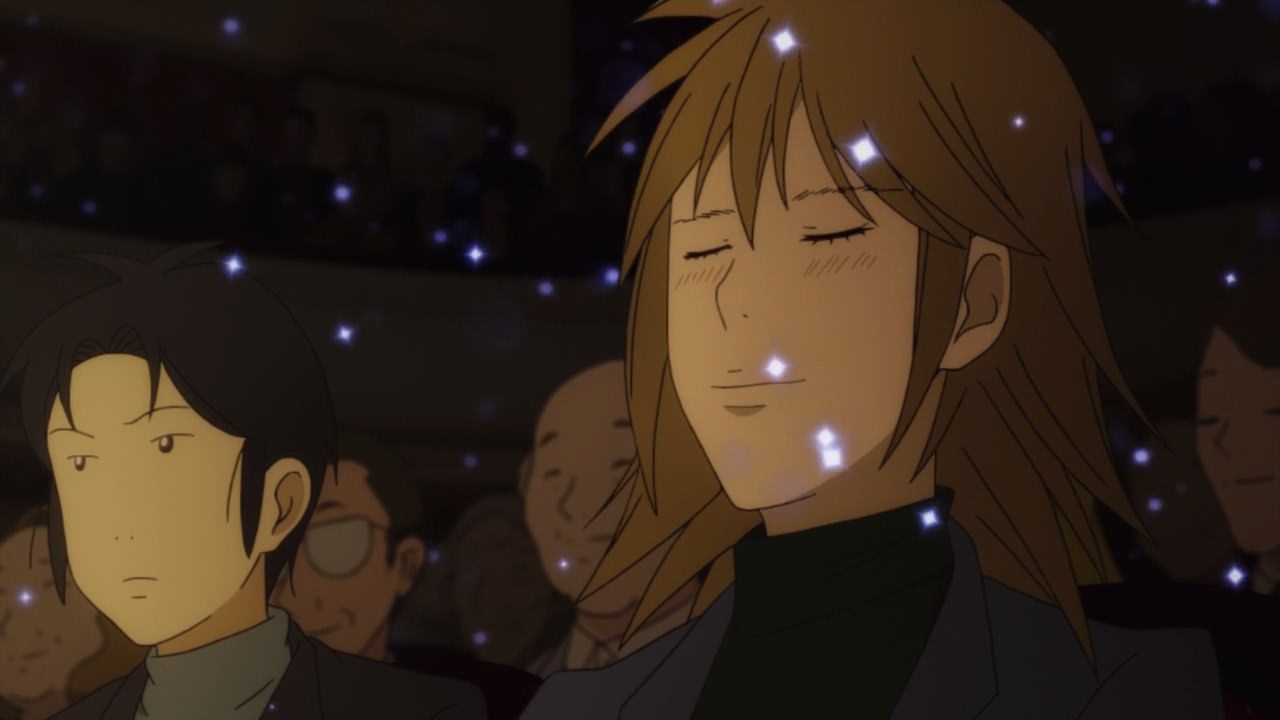 But anyways, Kai Ichinose is astonished to hear Shuhei’s performance as it refreshes his mind as well as the rest of the audience. 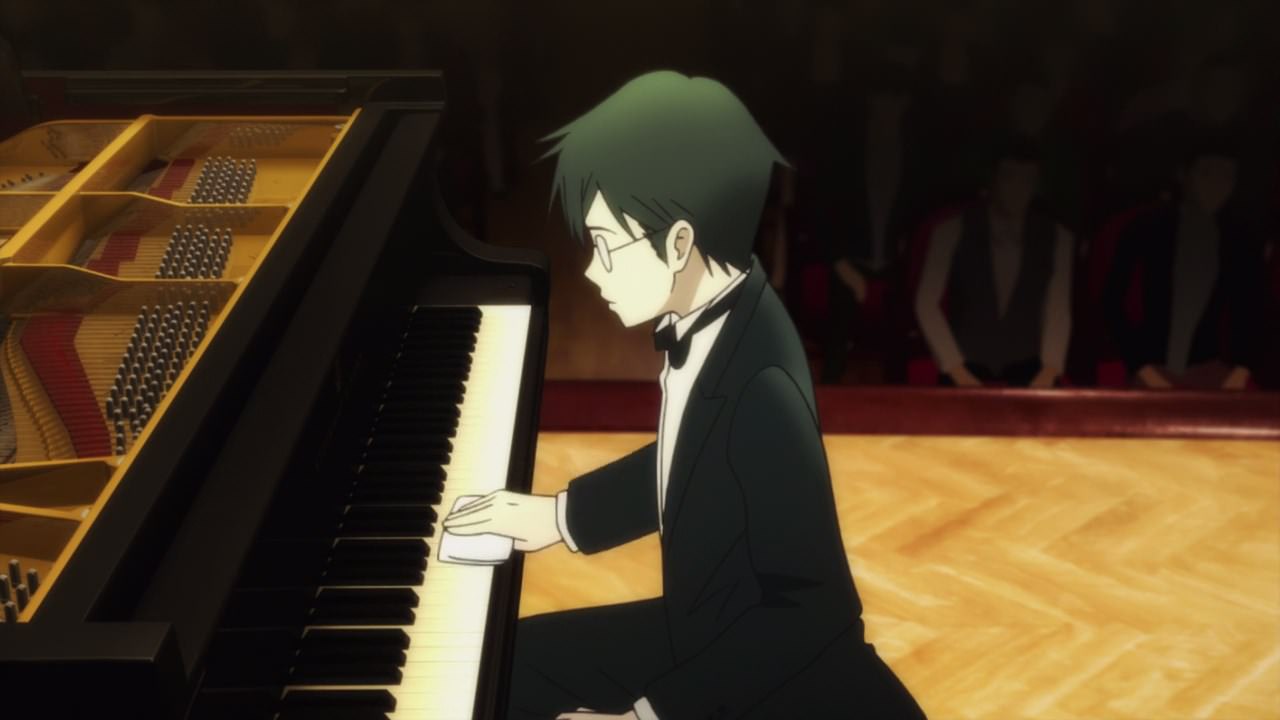 However, seems that Amamiya is always wiping the piano keys after each music piece. Hmm, I wonder if it has something to do about hygiene or it’s just that Shuhei is thinking about Kai-kun? 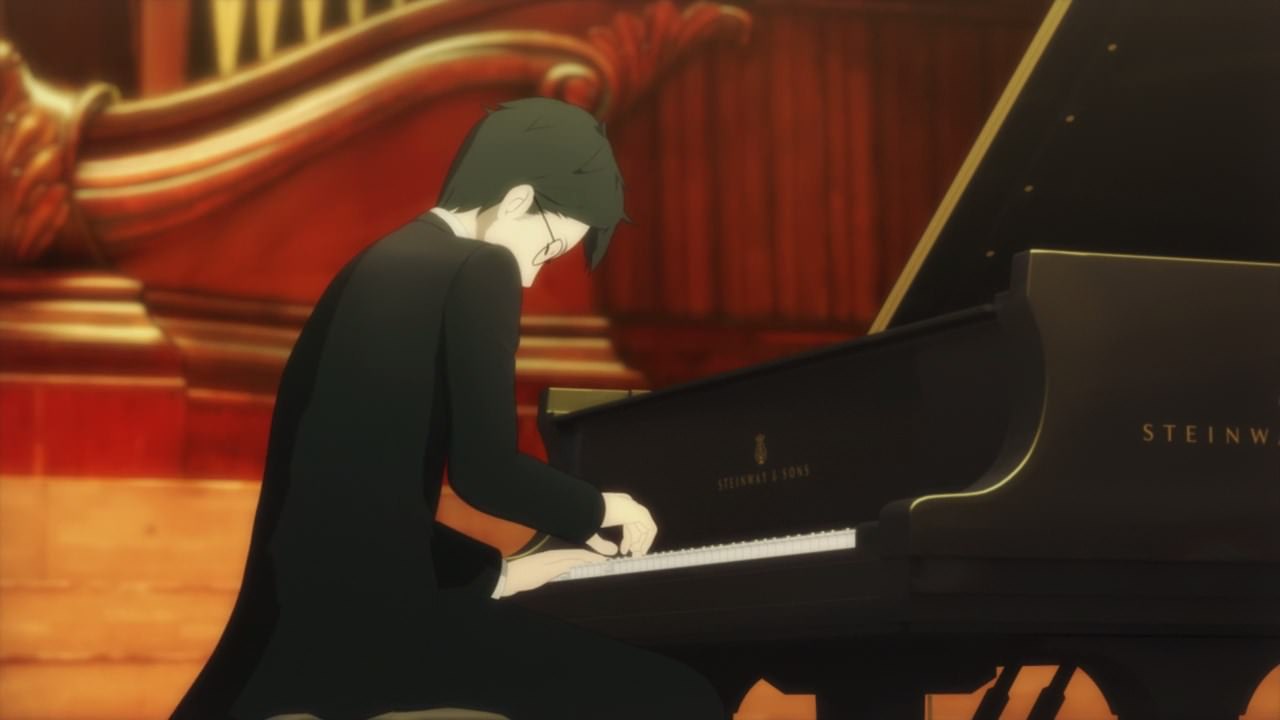 Now then, it’s time for the main event as Shuhei Amamiya performs Ballade No. 1, Op. 23. Of course, Shuhei’s performance is filled with anguish as Shuhei is struggling to surpass Kai Ichinose. 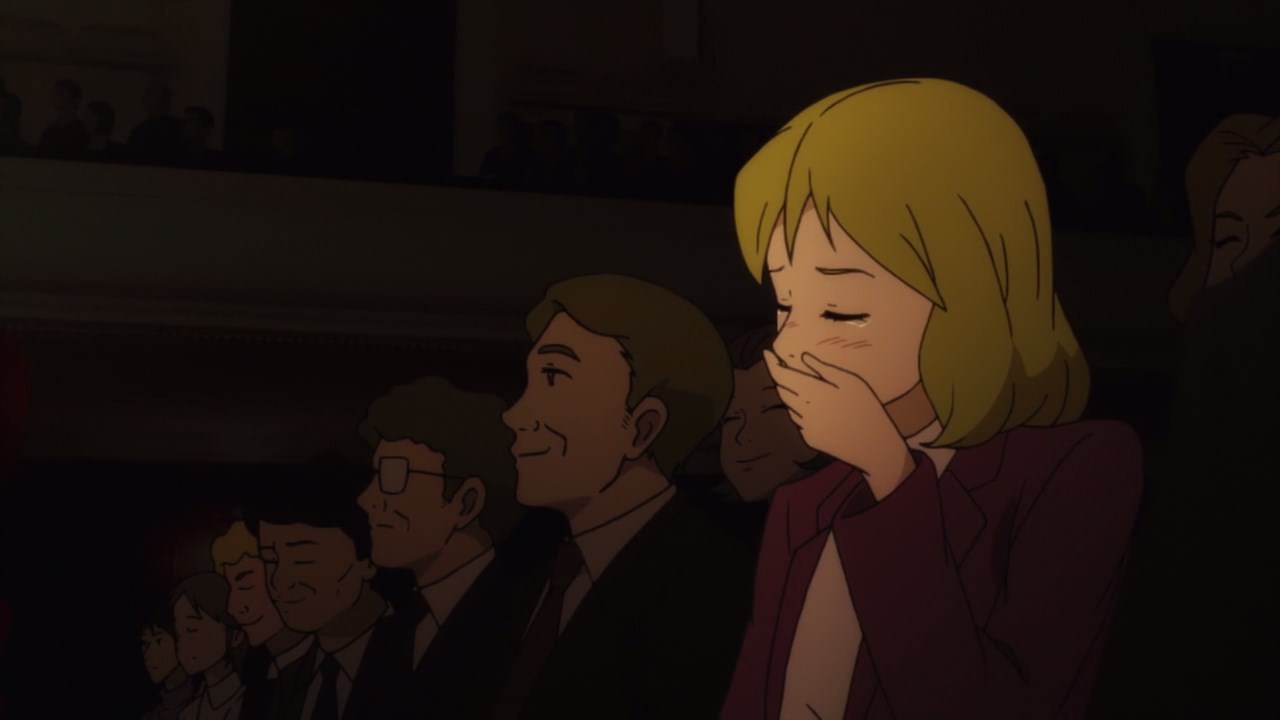 However, it seems that Amamiya’s performance has touched everyone’s hearts and really, Shuhei improved a lot but his mind is still filled with anxiety when being compared to Kai Ichinose. 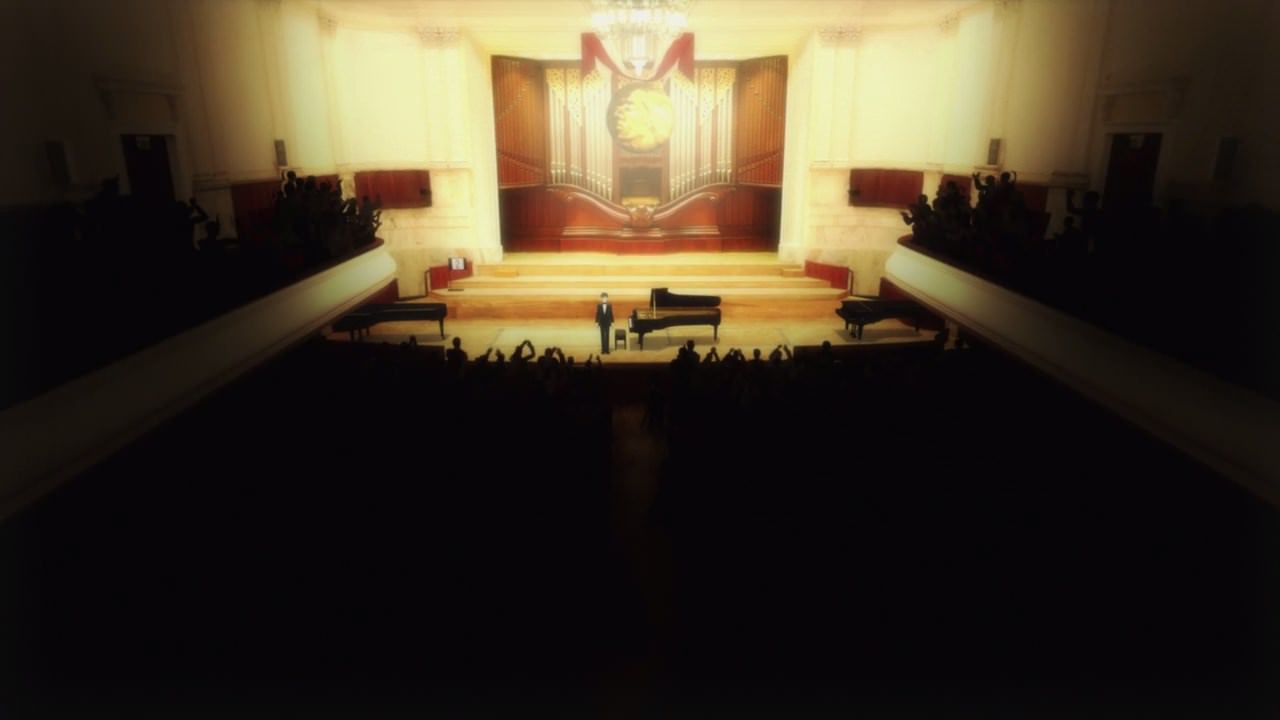 Regardless, Shuhei Amamiya’s piano performance has ended and everyone game him a standing ovation. Phew, I thought that he’ll break down at the last minute but I’m glad that Shuhei played flawlessly. 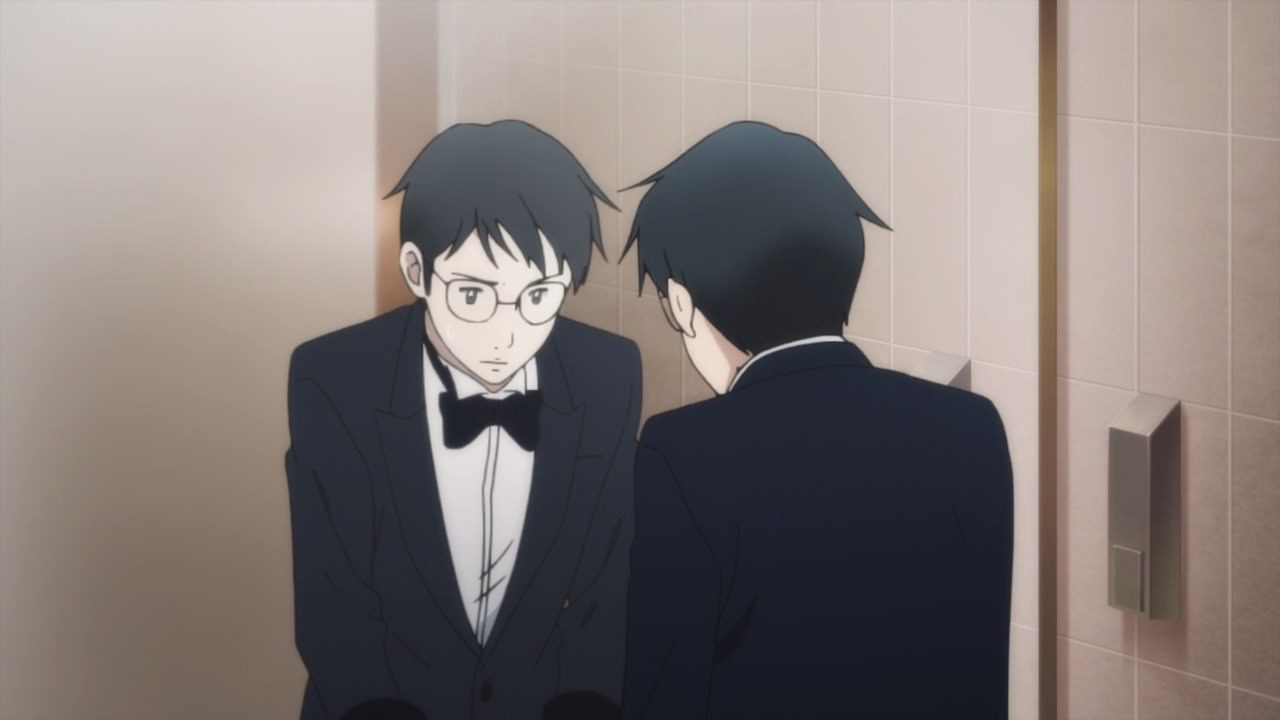 But, it appears that Shuhei Amamiya is getting a bit neurotic with his constant wiping of the piano keys and now he’s washing his hands like some madman who’s very conscious with hygiene. 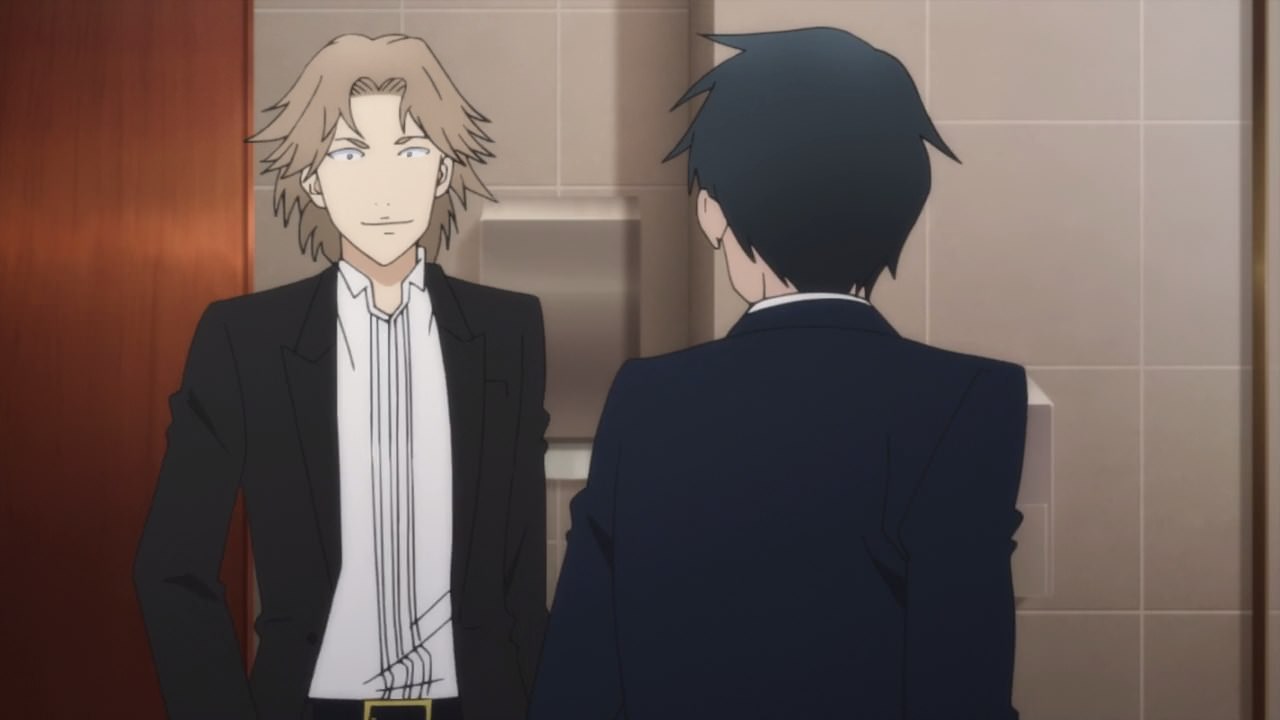 Then, Karol Adamski appeared in which he’s somewhat concerned (or annoyed) at Shuhei’s constant wiping of the piano keys during his performance. I mean, it’s not normal for Amamiya to wipe keys. 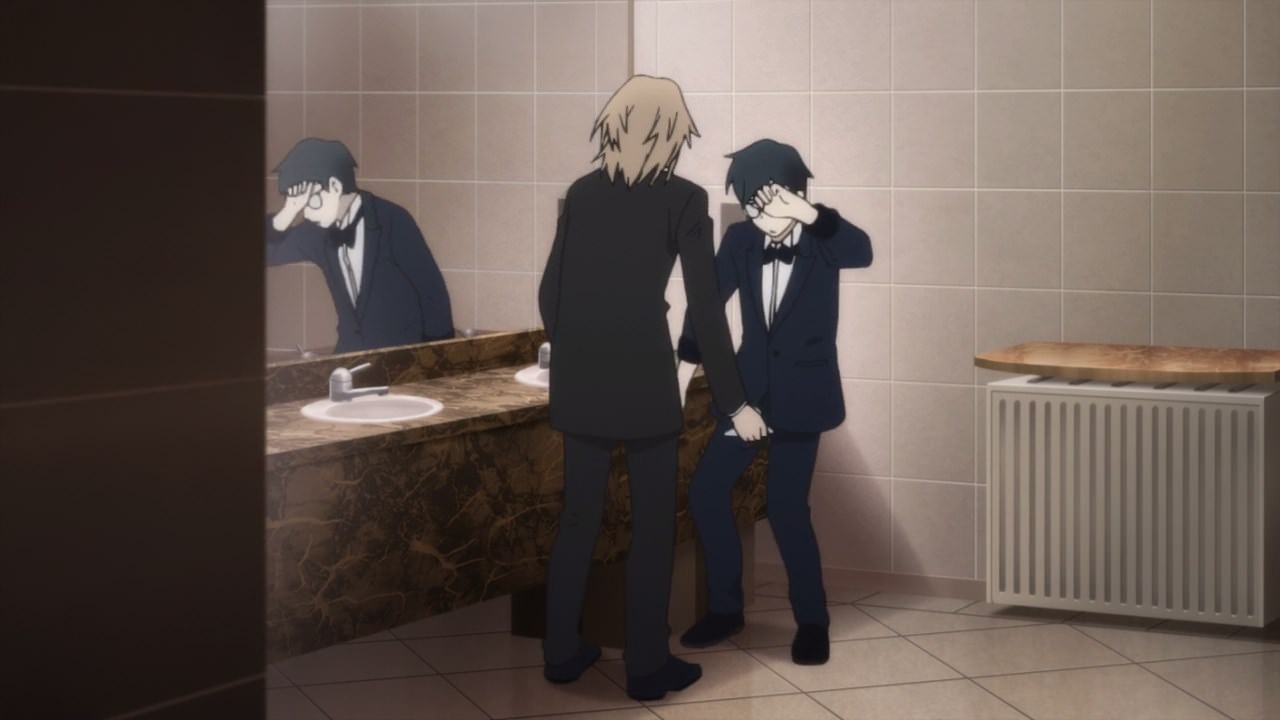 But suddenly, Shuhei Amamiya started hyperventilating in which he got a headache and almost fell down to the floor if it wasn’t for Karol Adamski carrying him. 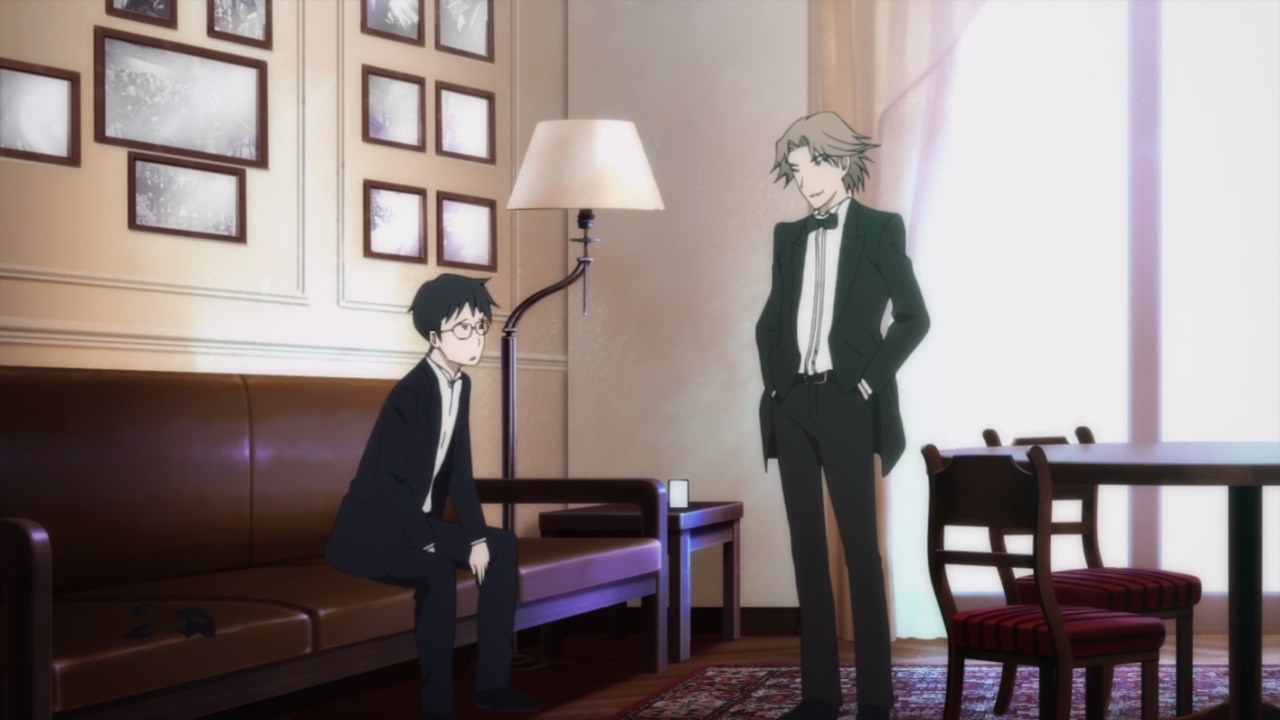 In any case, Shuhei Amamiya is fine but you know what, I think he should overcome his anxieties instead of thinking of others like Kai Ichinose.

Heck, Karol Adamski told Shuhei that he should stop worrying about results and who’s better. And that’s coming from a man who has a rough life growing up and climbed his way to the top. Oh, and I forgot to mention that it’s Adamski’s last chance to win the International Chopin Piano Competition. But yeah, Shuhei should not get worried about beating Kai Ichinose ’cause it’s himself that needs to overcome! 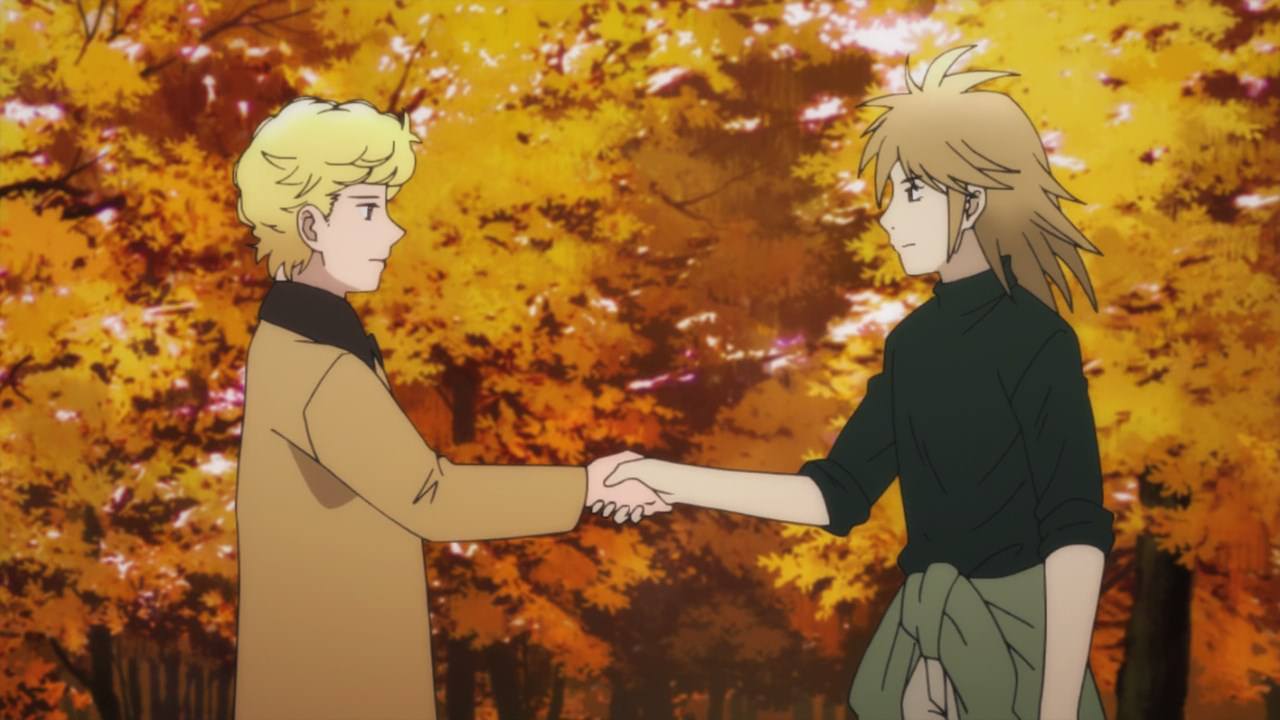 Now let’s move onto Kai Ichinose where he met one of the contestants named Lech Szymanowski which he’ll perform on the last day of the first stage. Well, Lech was originally gonna play on the second day before something terrible happened to him.

But you know what, both Kai Ichinose and Lech Szymanowski will get past the first stage of the competition should they overcome their anxieties and their inner demons, moreso with Szymanowski whose family is well-respected in the world of classical music but not much compared to Karol Adamski. 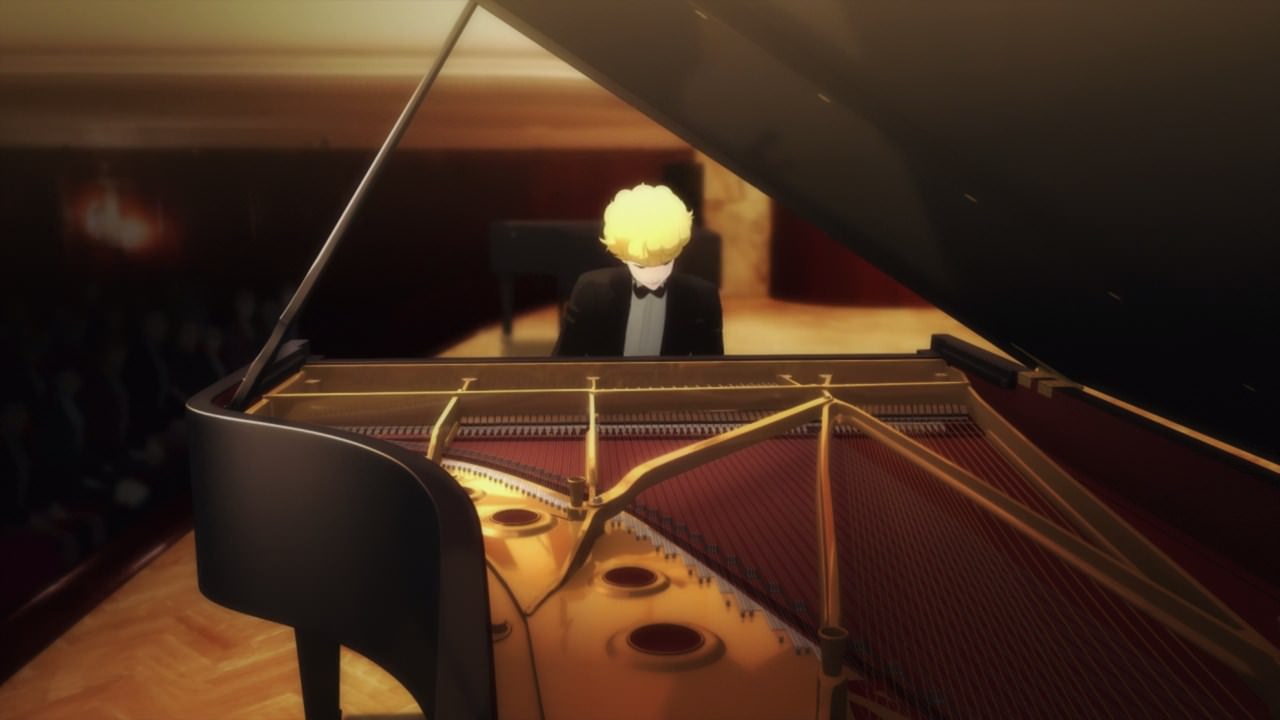 However, all those doubts were thrown out of the window as Lech Szymanowski performed Fantaisie, Op. 49 in a fantastic fashion that the judges are convinced that he’s the new star of Poland. Let’s hope that Lech will live up to their expectations.

In any case, next episode will be Kai Ichinose’s turn to play the piano. I wonder what reaction will they see when Kai-kun perform at the world stage?