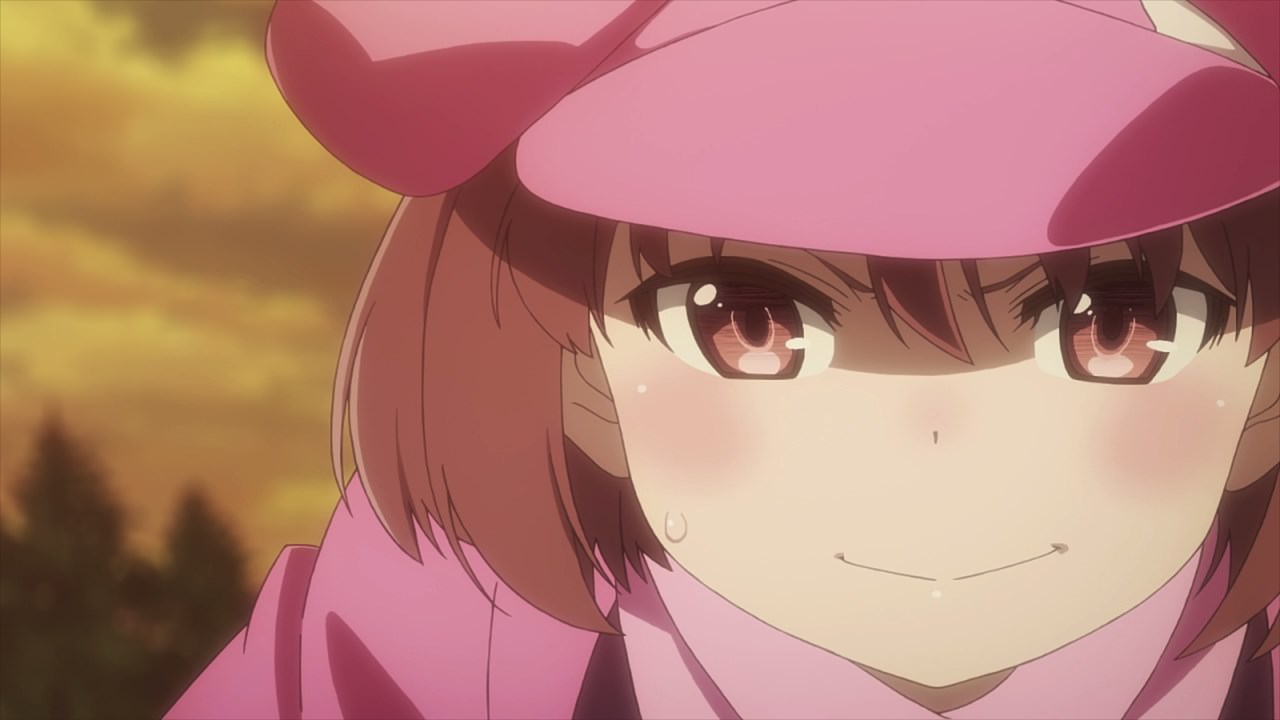 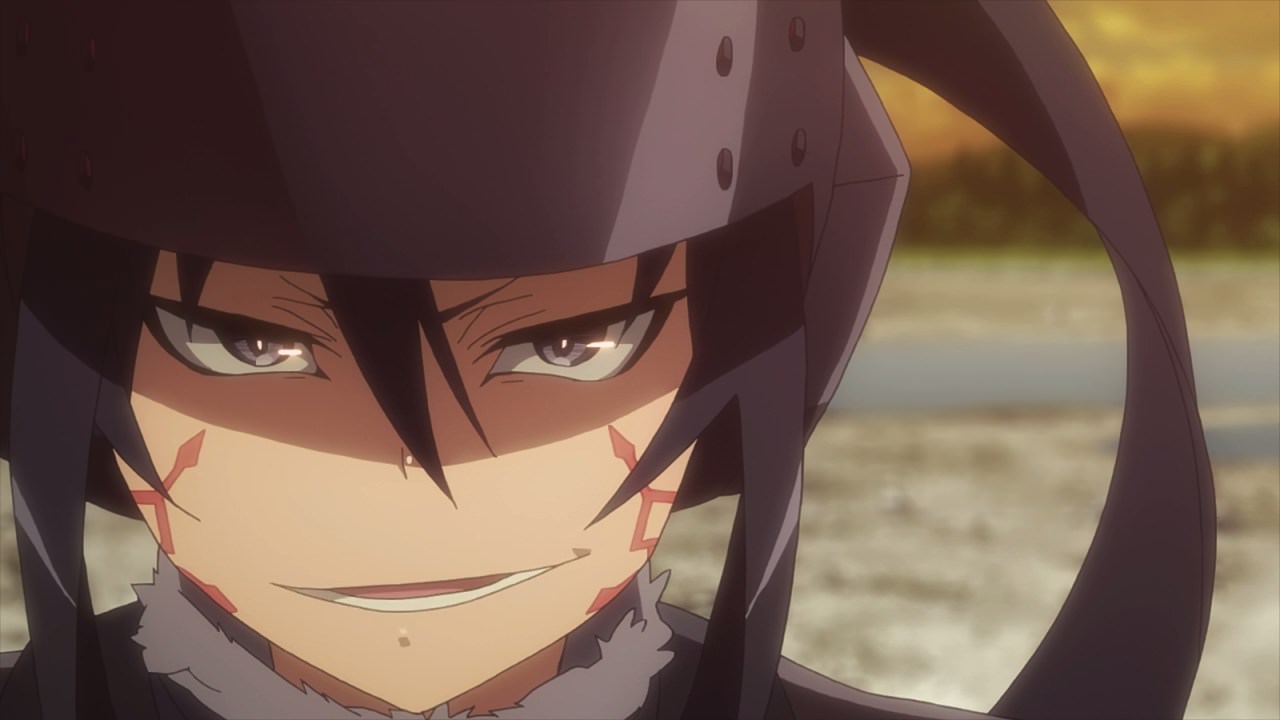 Today is the final episode of Sword Art Online Alternative: Gun Gale Online as we now come to this confrontation between LLENN and Pitohui.

Oh yeah, and it appears that LLENN wants to tick Pito off by calling Sword Art Online as a shitty game and dying there is so stupid, something that Pitohui won’t like it! 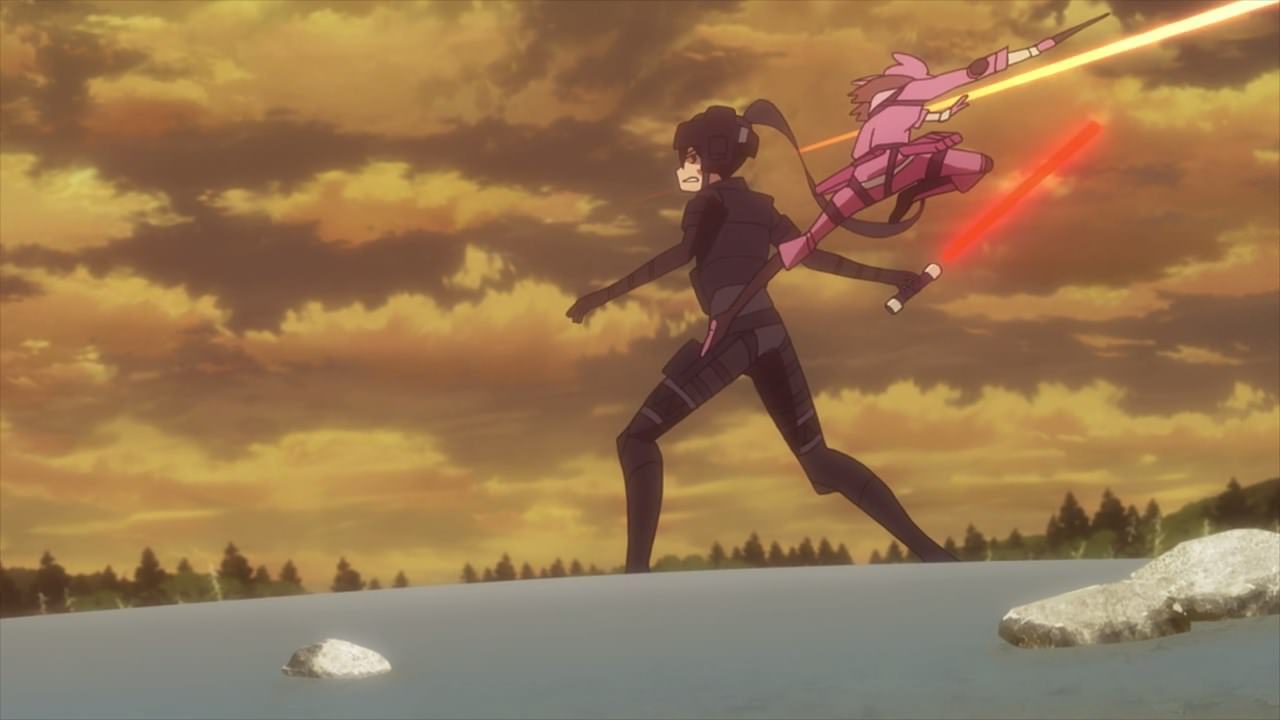 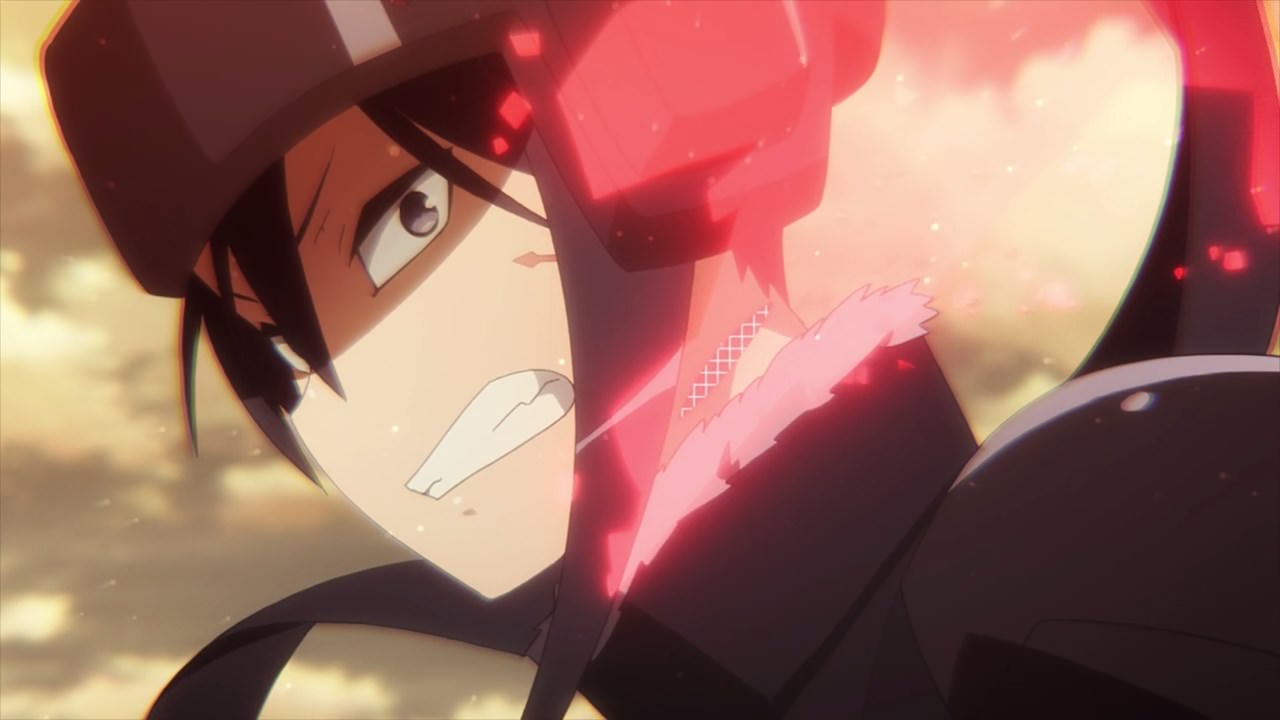 Anyways, looks like it’s time for an epic showdown between the Pink Devil and the Grim Reaper as both players are at it, although LLENN has the advantage when it comes to speed and agility. 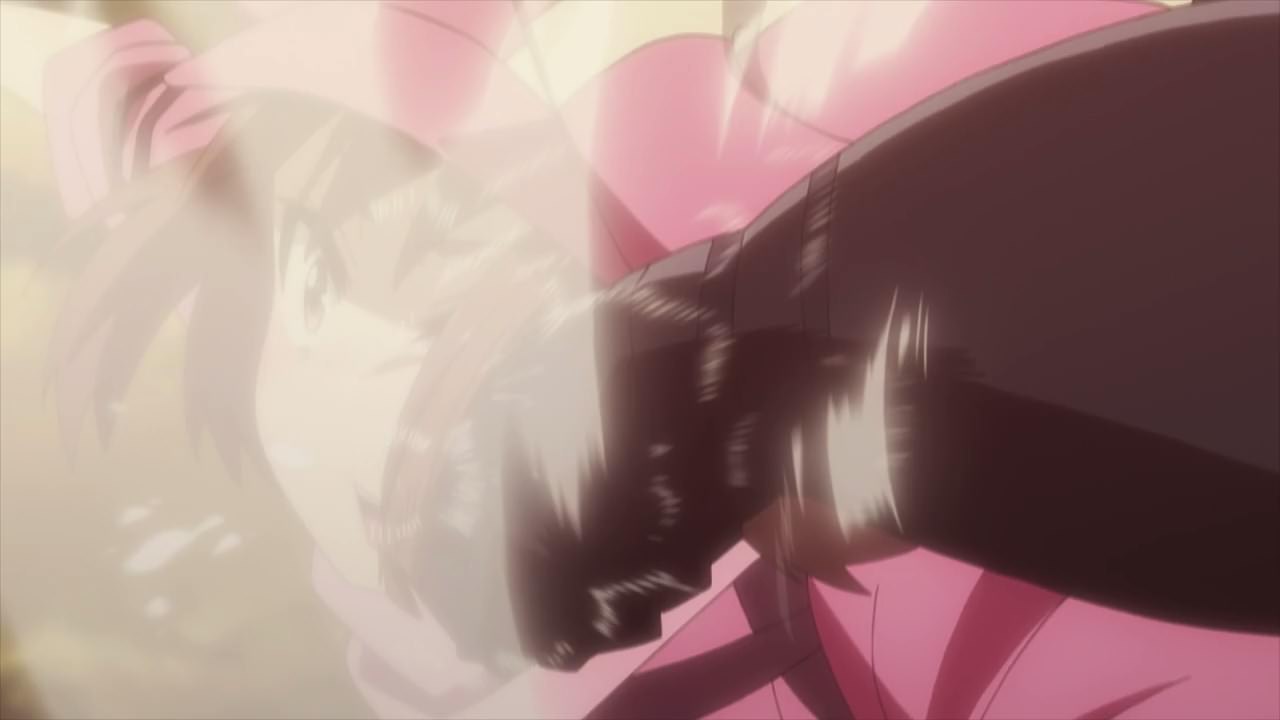 But, Pitohui is no slouch either as she delivers a nasty punch to LLENN… 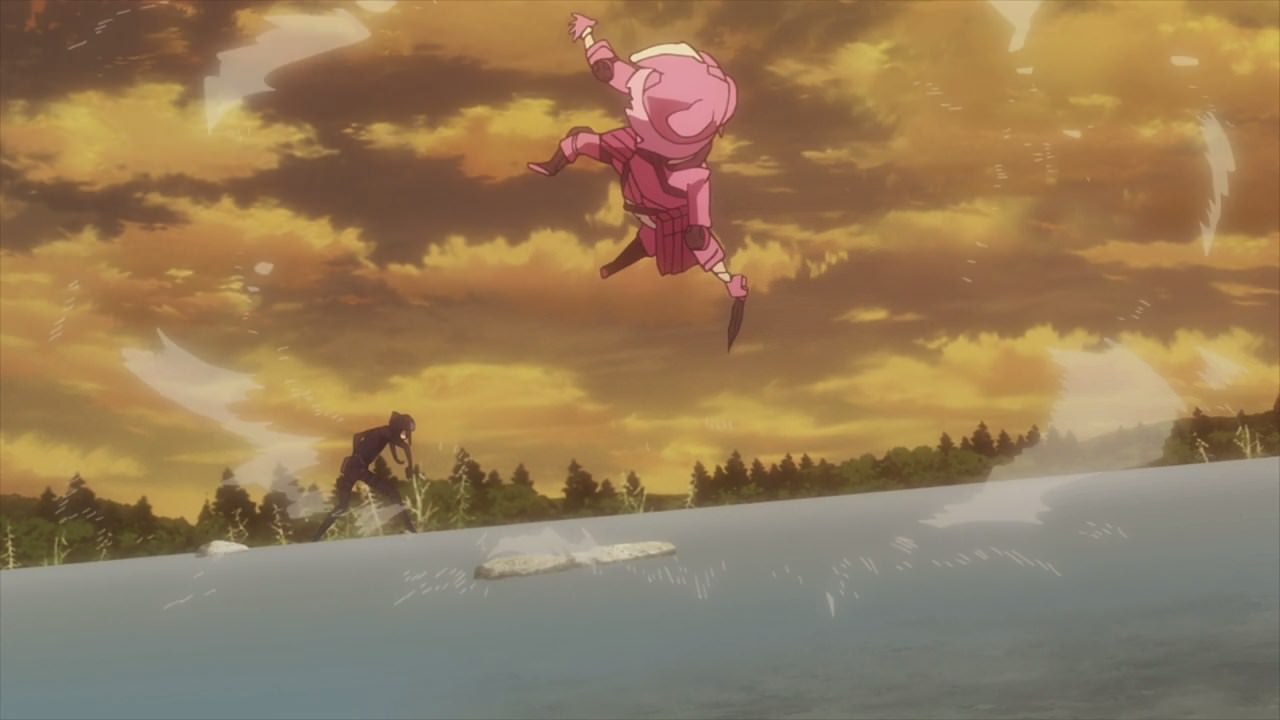 …which sends her flying. Damn, does Pitohui’s strength is higher than everyone else? 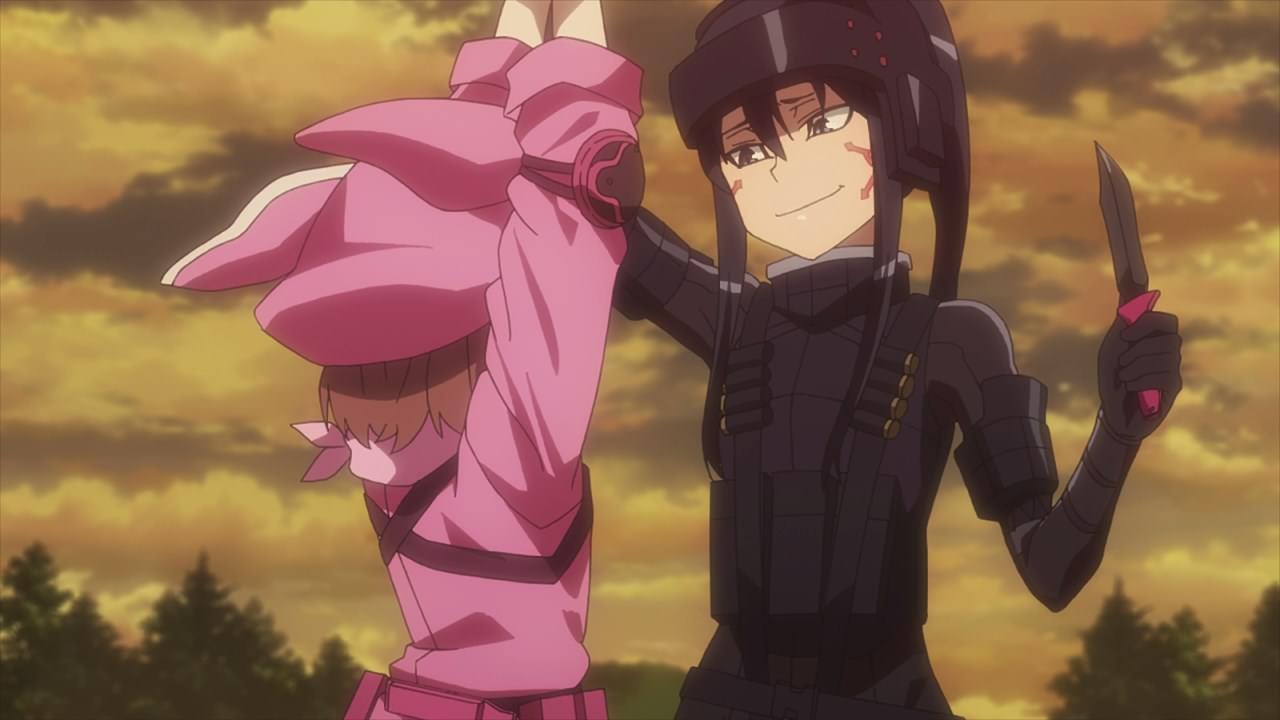 In any case, looks like LLENN is gonna lose as Pito has her trusty knife in her hand as she’s about to stab the Pink Devil. 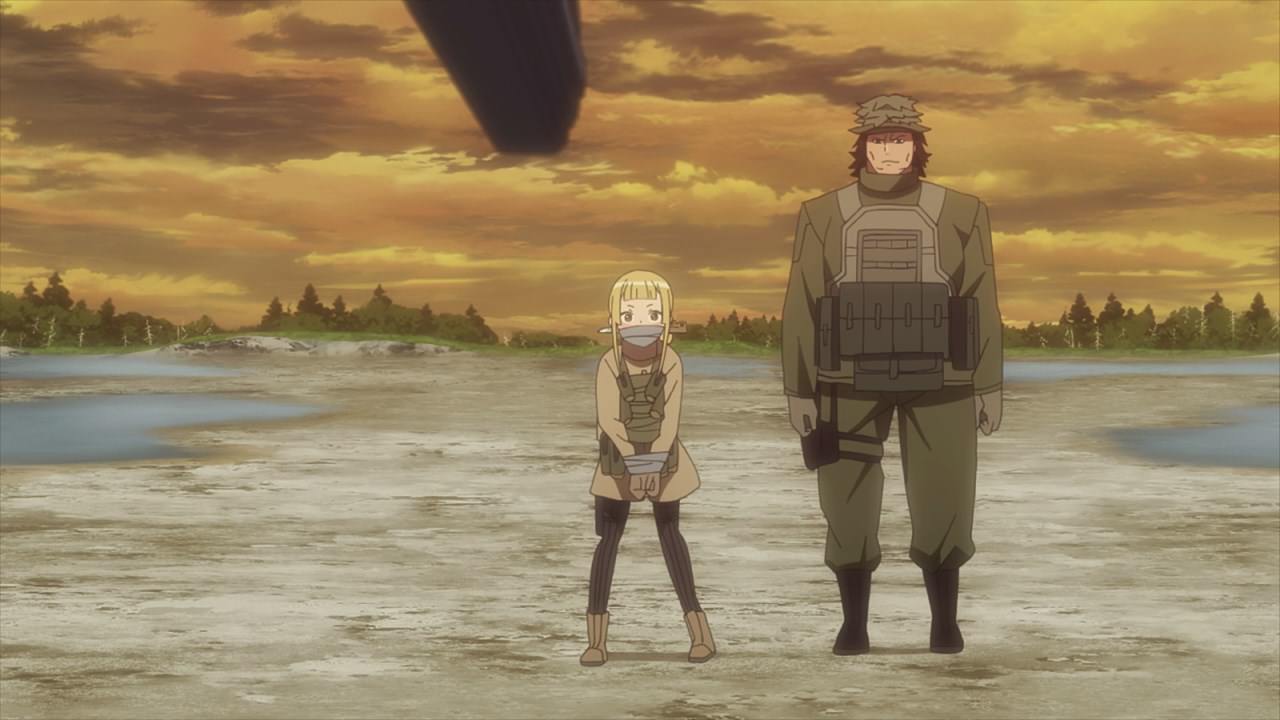 Oh and to make matters worse for LLENN, M took Fukaziroh as hostage and Pitohui will basically kill LLENN’s partner. 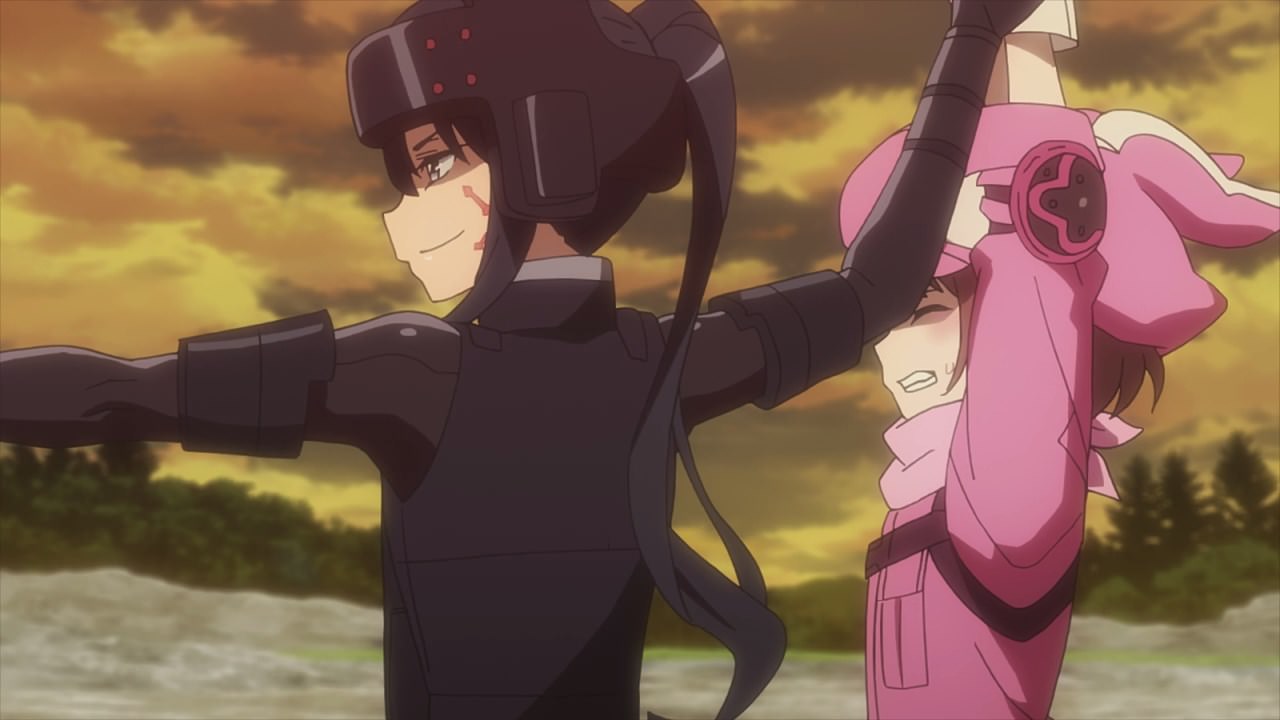 So anyways, looks like Pitohui just pulled the trigger. Now then, did Fukaziroh died? 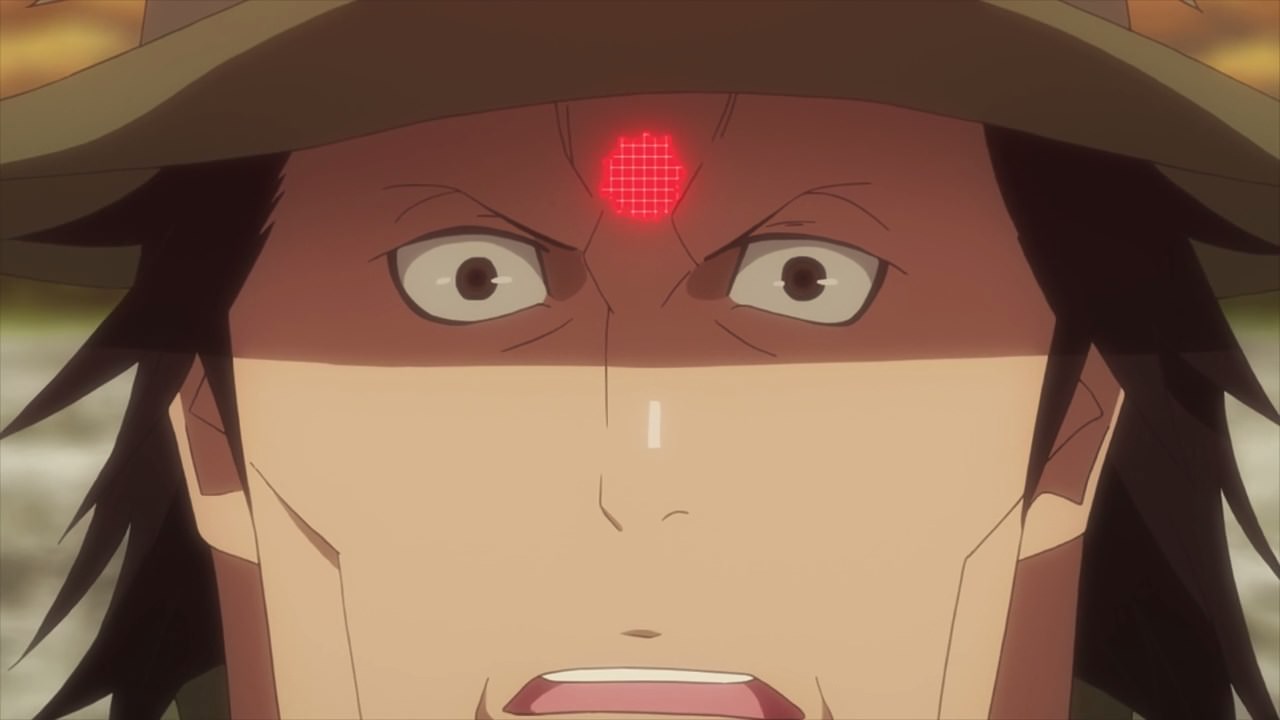 Actually, it turned out to be none other than M as it was revealed that he’s actually helping both LLENN and Fukaziroh. 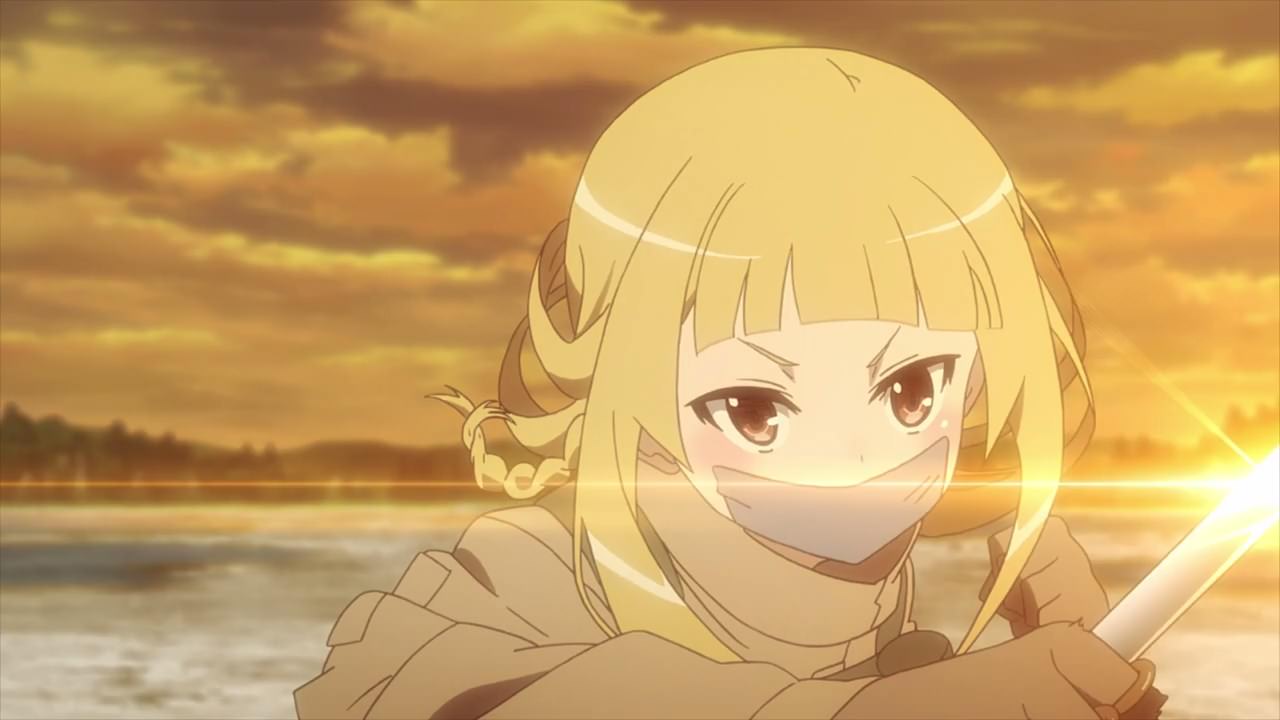 But you know what, seems that Pitohui made a mistake as it gives Fukaziroh the time to free herself by unsheathing her hidden knife from her hair… 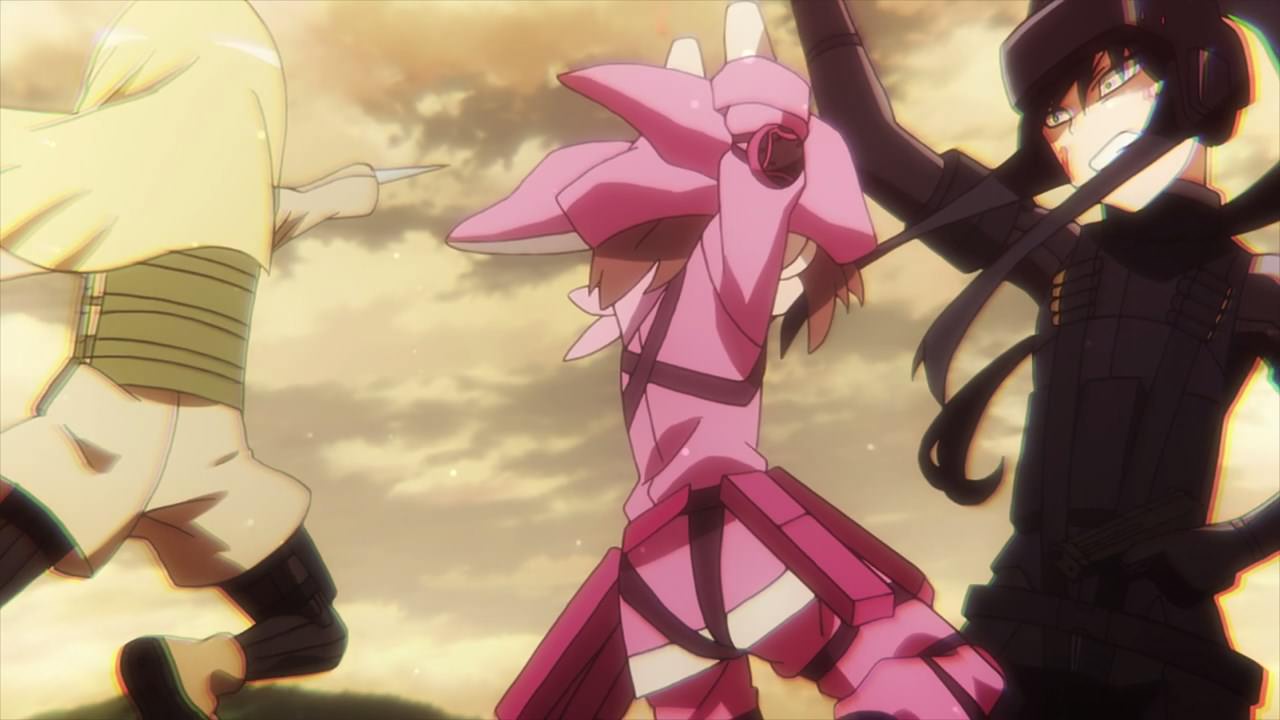 …and proceeds to cut LLENN free. Then again, seems that Fukaziroh cut LLENN’s hands so she can’t hold a knife! 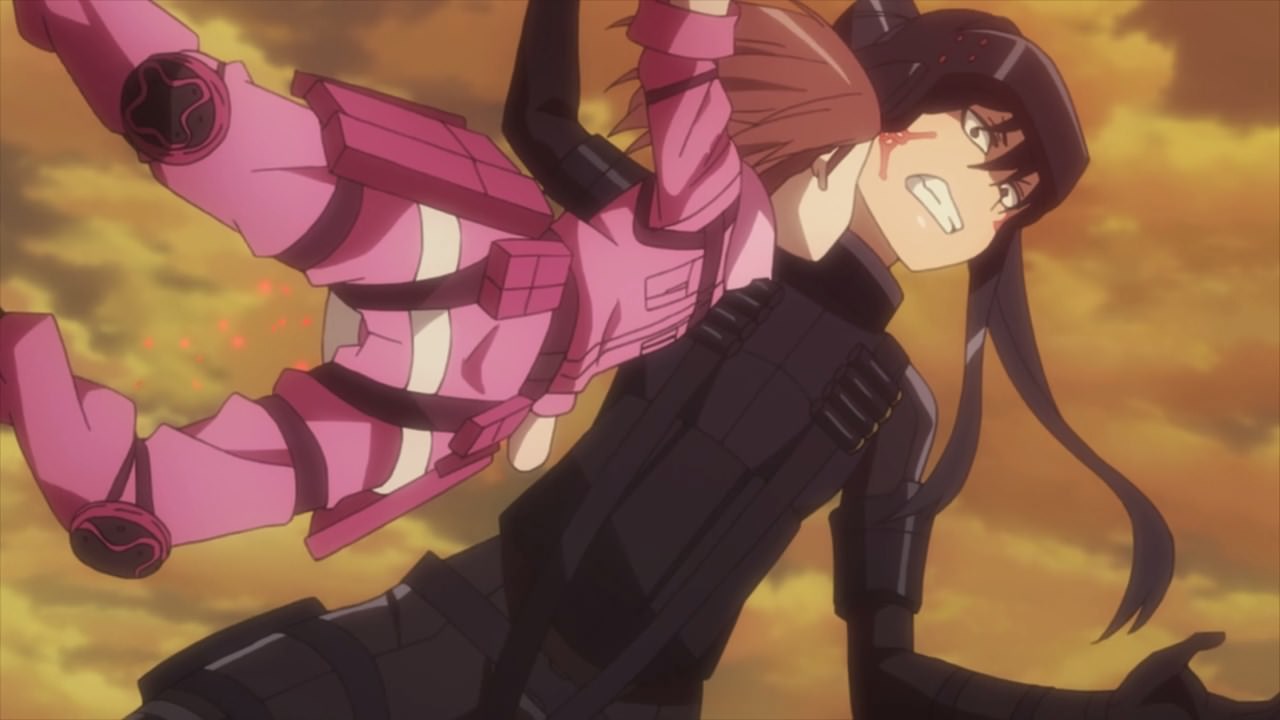 So, the only way for the Pink Devil to win against Pitohui is to bite her neck off. Of course, LLENN is doing it to save her from killing herself due to obsession with Sword Art Online. 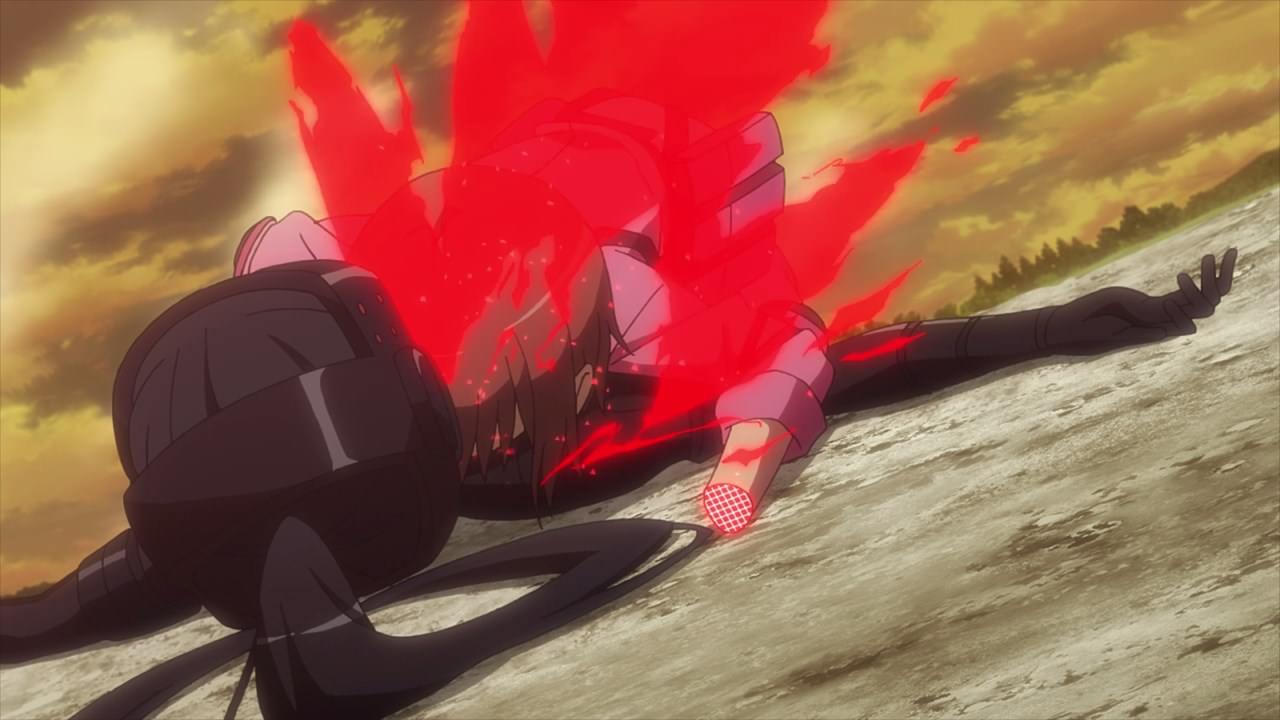 Well then, I must say that it’s a perfect way to end this series with LLENN finally defeating Pitohui even though she’s biting her in the neck! 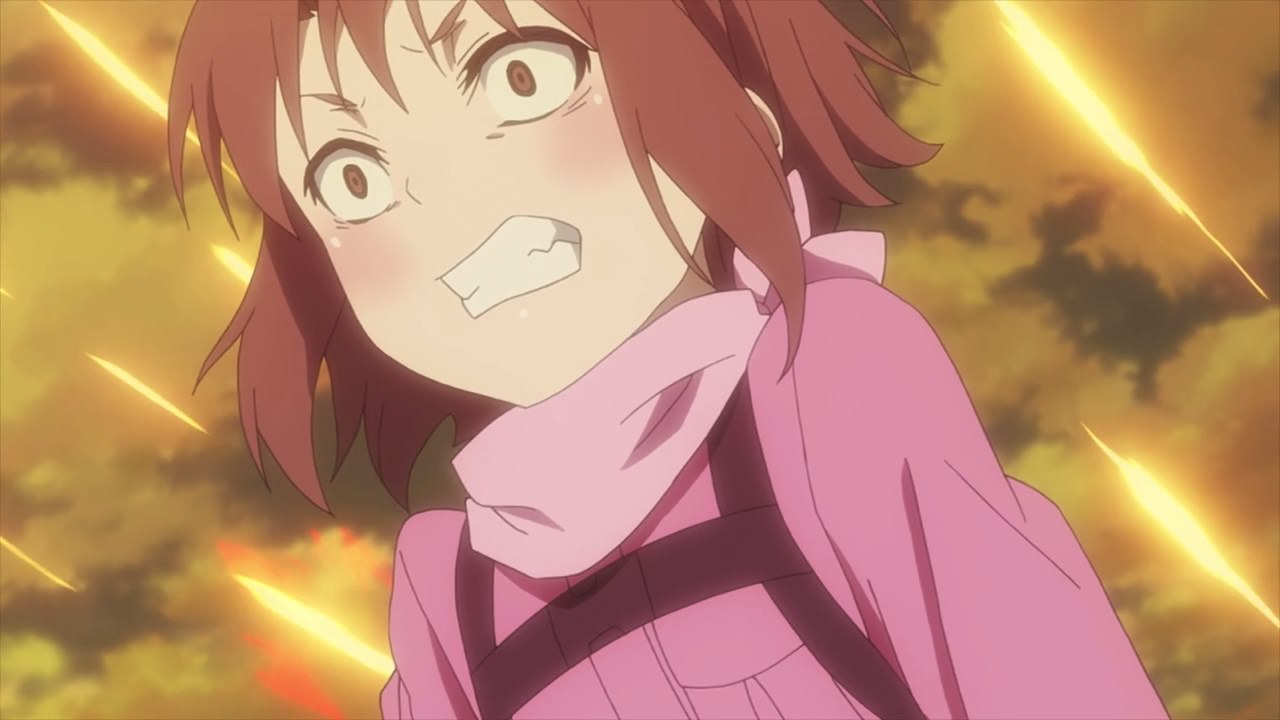 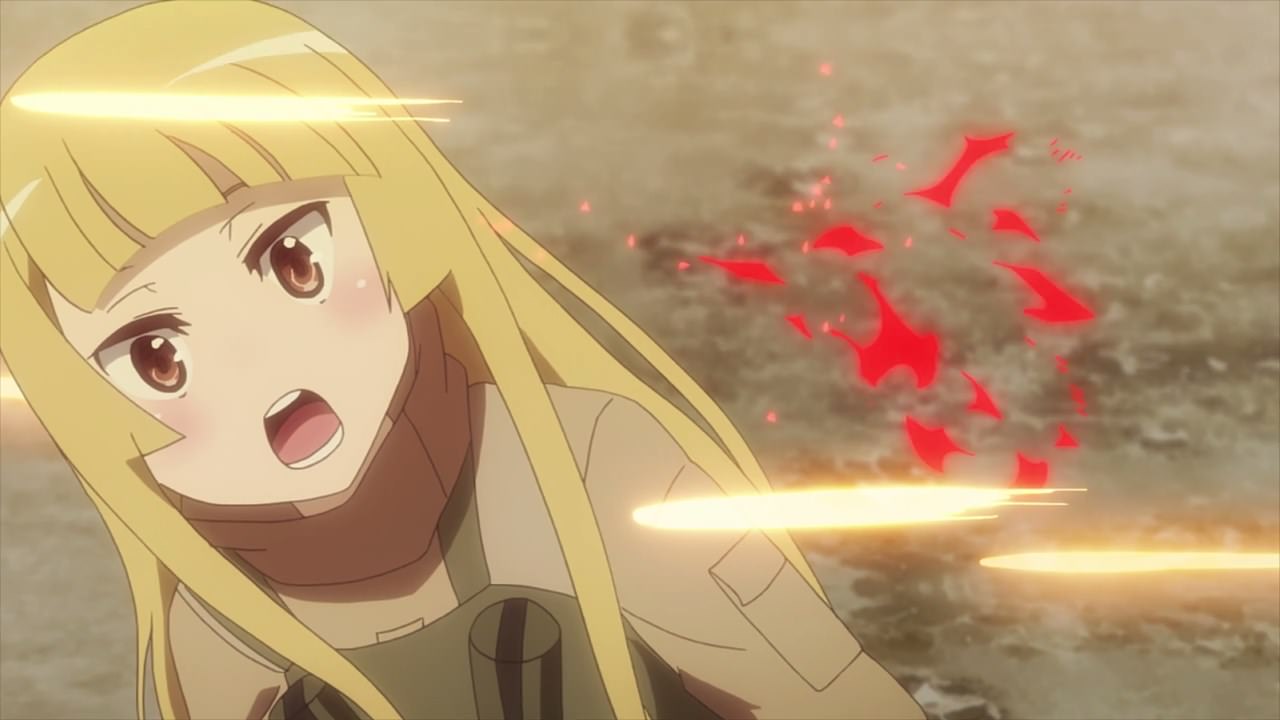 However, seems that there’s one team left for Tean LF to beat and unfortunately, both LLENN and Fukaziroh got gunned down until they’re dead. Who’s that last team if you may ask? 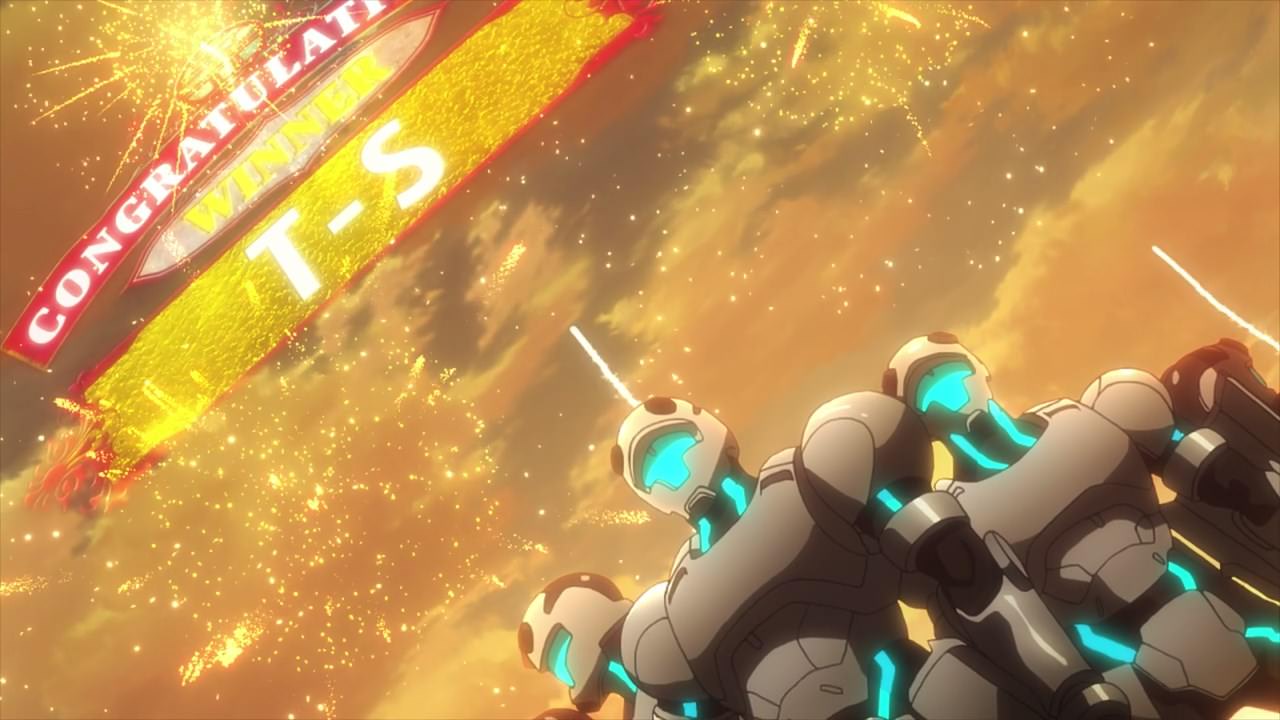 It’s none other than Team T-S as they won the 2nd Squad Jam Tournament. What the hell is this ending!?

You know what, Sword Art Online Alternative: Gun Gale Online is fuckin’ sucks! Screw this spin-off series by Keiichi Sigsawa, I’m moving onto the main series ’cause I’m done with this! 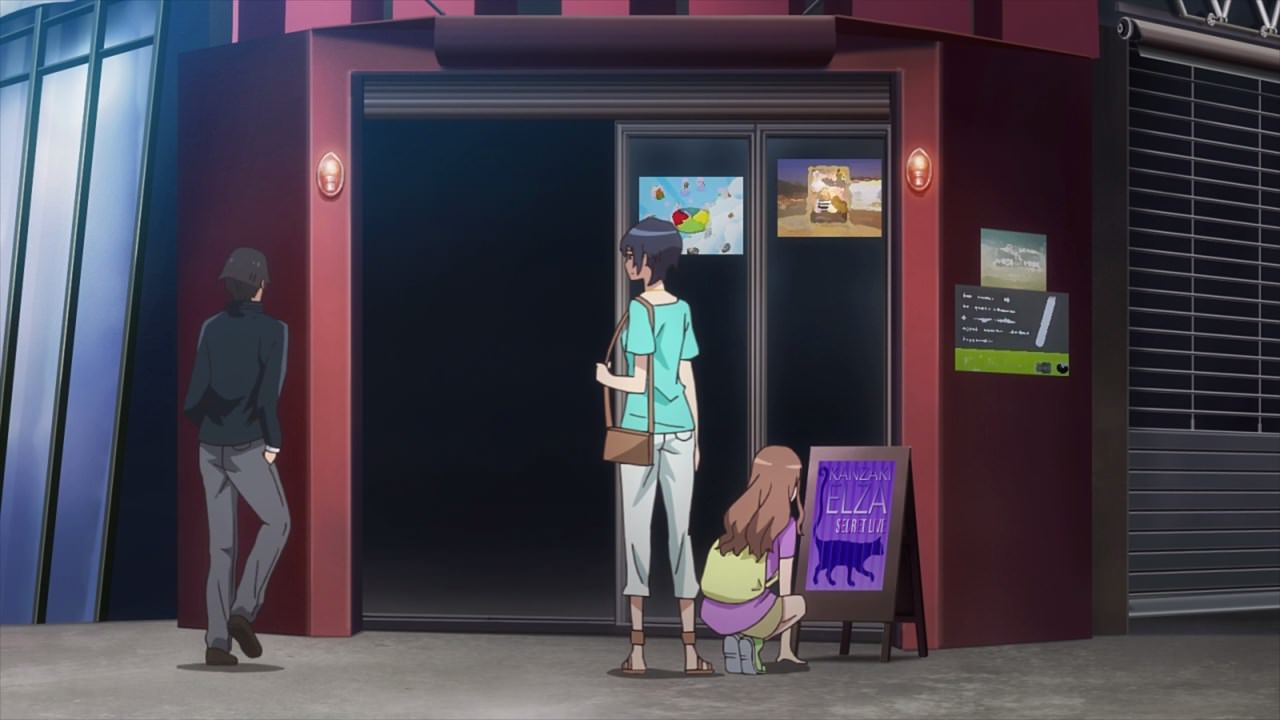 Of course, it’s not yet over as we have an epilogue as Goushi Asougi brought both Karen Kohiruimaki and Miyu Shinohara to a secret concert where they’ll meet a certain musician. 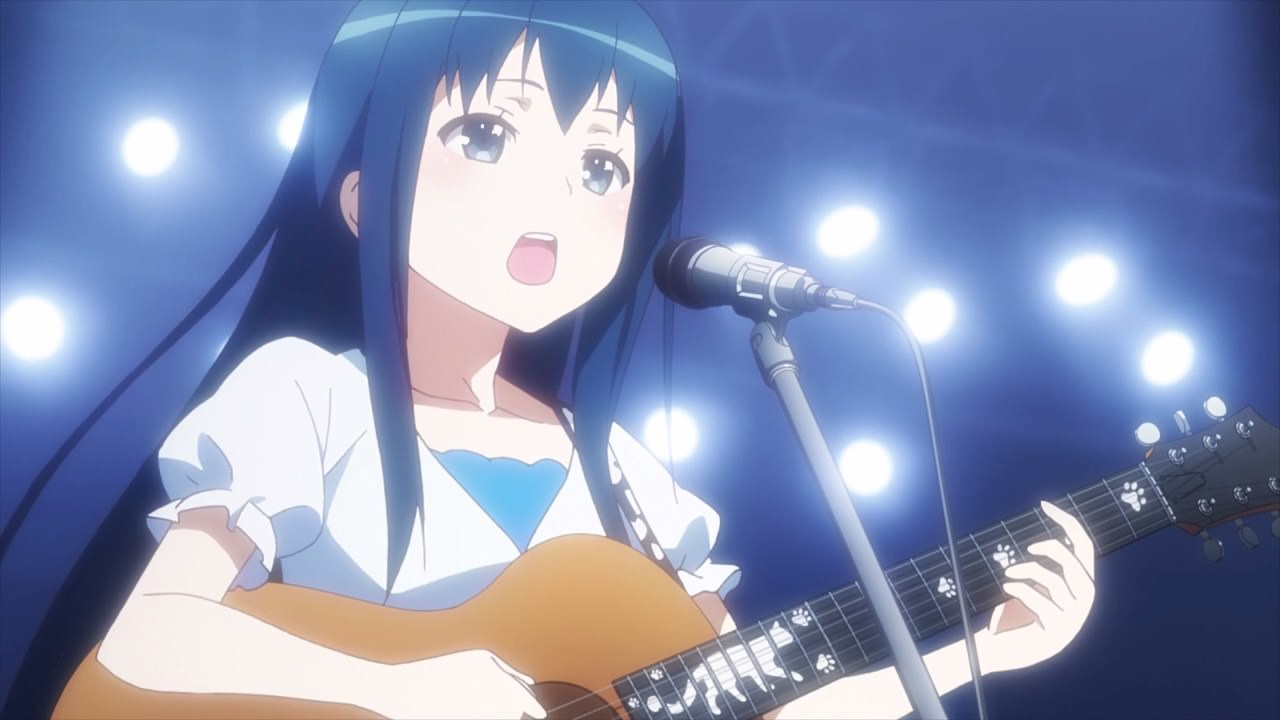 This is Elsa Kanzaki, Karen Kohiruimaki’s favorite music artist who is kinda cute playing the guitar. 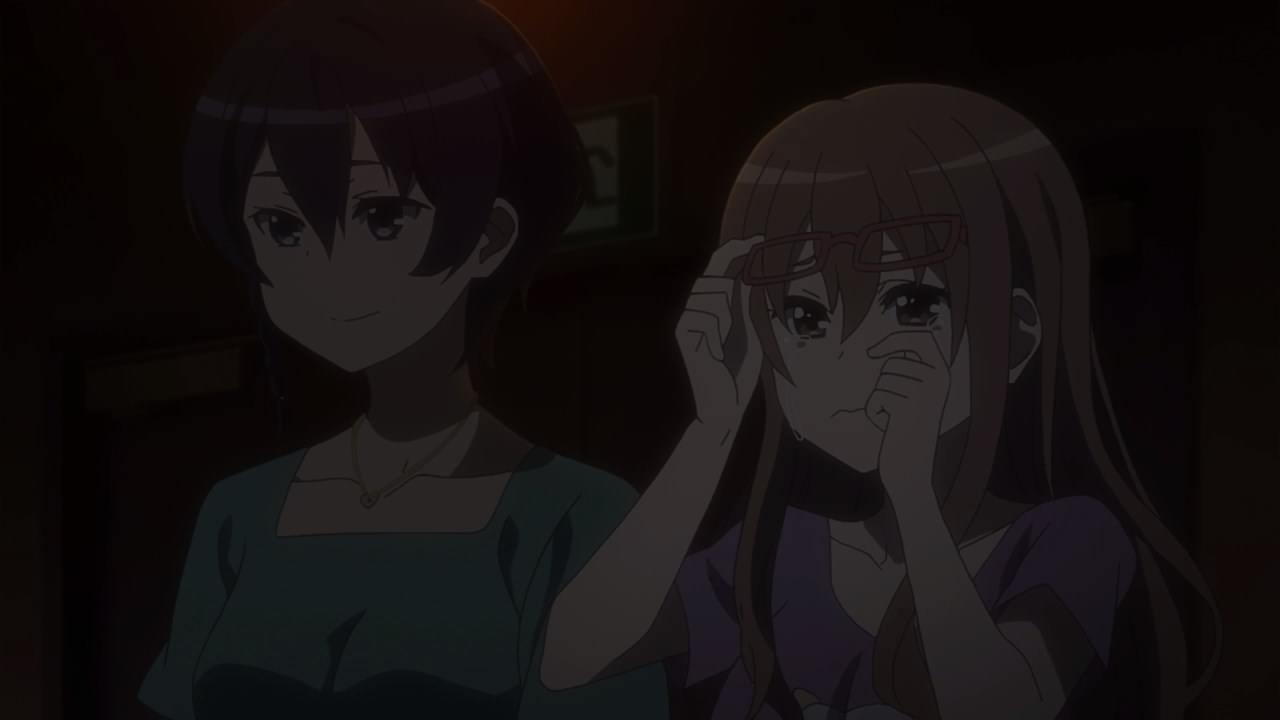 And while they’re astonished by Elsa’s performance, Karen figure it out that Elsa is none other than Pitohui.

Yeah, it’s very jarring to see someone who seeks death is actually a sweet girl in real-life! Oh, and she’s actually alive so it appear that she’s not wearing a Nerve Gear. 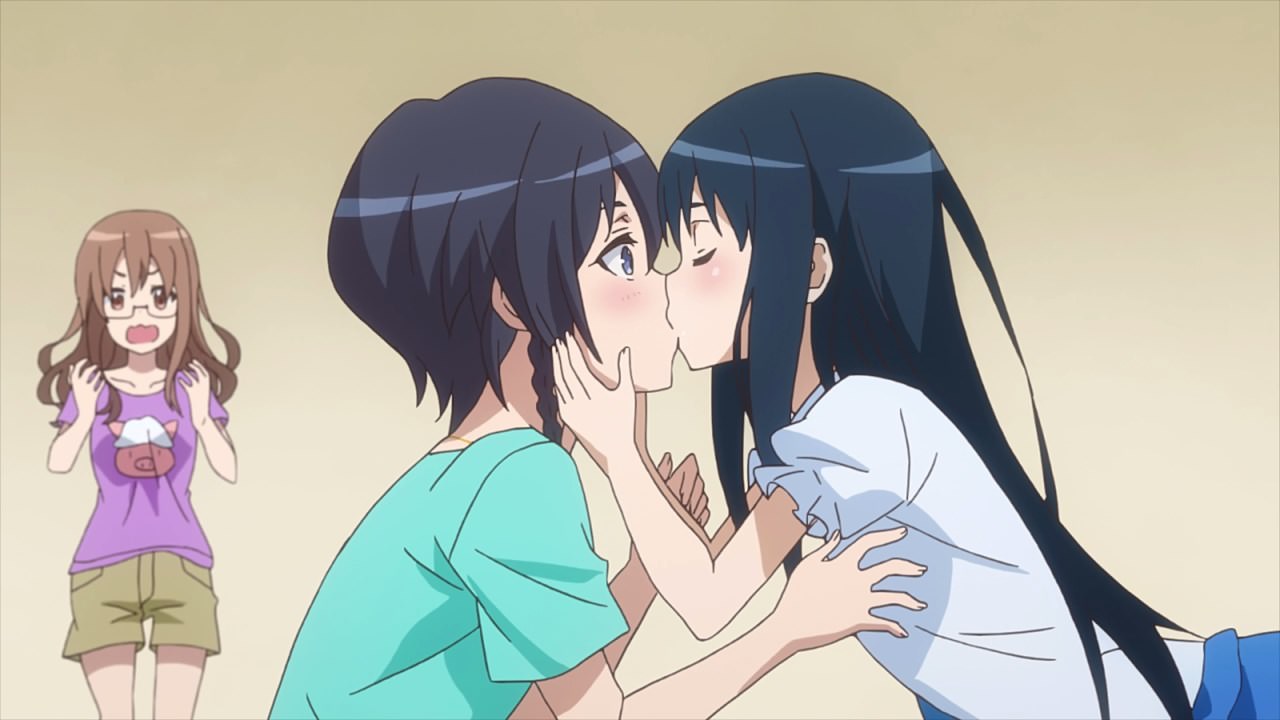 But anyways, looks like they finally met in real-life as Elsa Kanzaki actually kissed Karen Kohiruimaki in the lips. Damn, looks like Karen won’t get married anymore!

And that my friends is the end of Sword Art Online Alternative: Gun Gale Online and yes, I enjoyed watching this spin-off series. But you know what, I’m still salty that a random team just won the 2nd Squad Jam tournament. Maybe in the future, there would be a 3rd tournament but I doubt that the spin-off will continue.