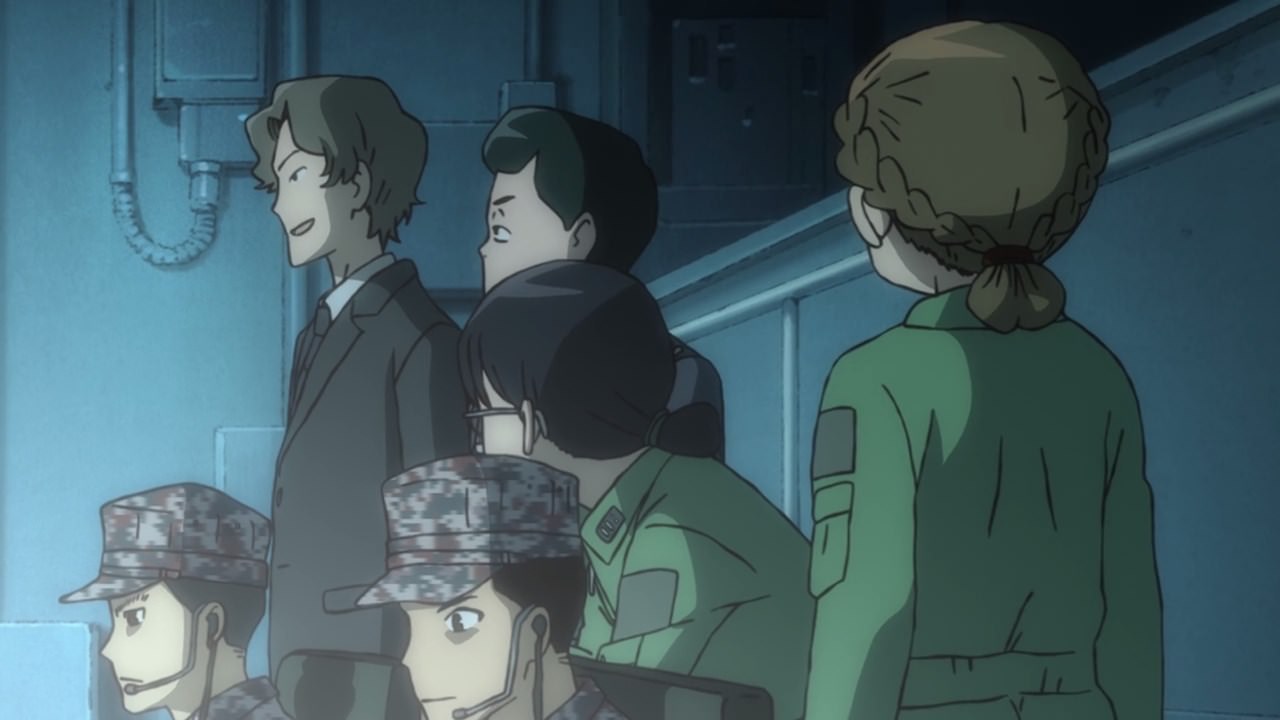 Well everyone, the cat is out of the back in regards to the harsh truth of the Ritual as Administrative Vice Minister Iiboshi told everyone that a sacrifice must be made for Mitatsu-sama to sleep peacefully on his new resting place in Fushido.

Therefore, Natsume Misumi is destined to be with Mitatsu-sama for all eternity until death as she’s selected as the Binden, now known as the Kusabime. But you know what, I doubt that she wants to die alone when Natsume wants to be with Haruto Okonogi. 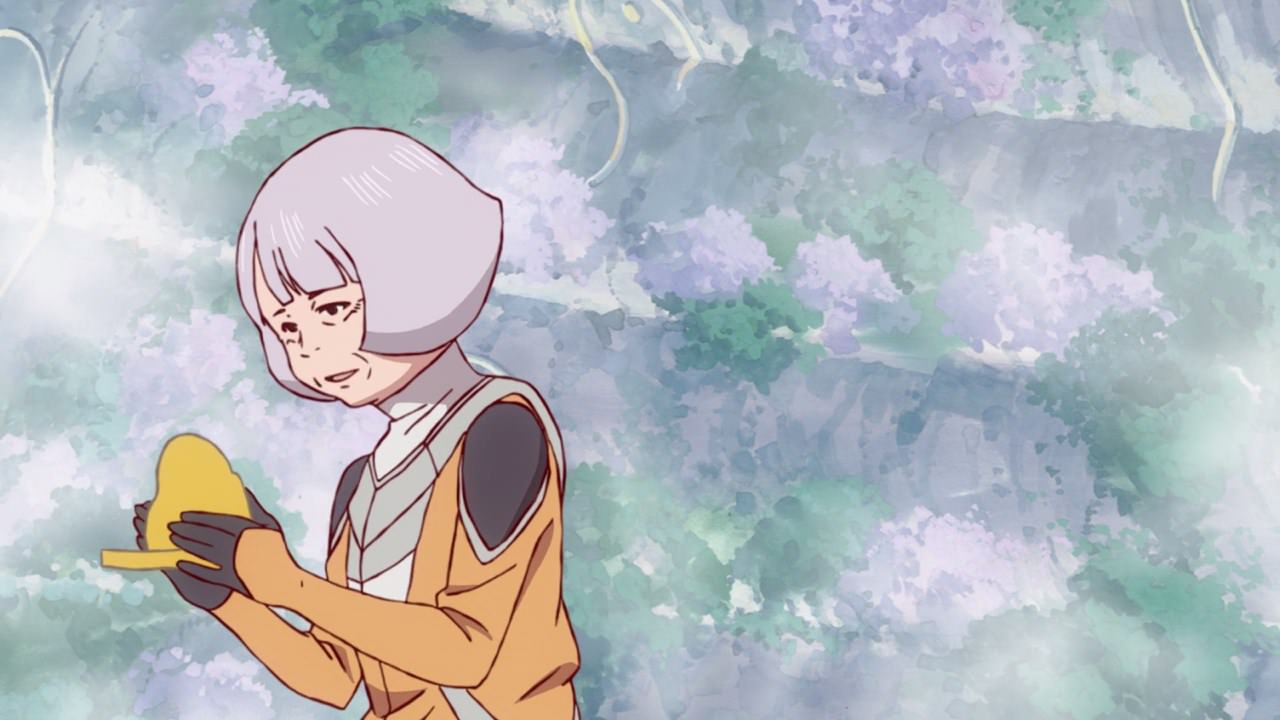 Meanwhile, there’s more insight into Sada Hinomoto’s fallen friend Yae as she tries to escape to France together with her friend and Maso-tan, who’s formerly known as Montparnasse.

Unfortunately, Mitatsu-sama has woken up during the final days of World War 2 and with Japan on the brink of defeat, Yae-chan sacrificed her life (and purity) to put Mitatsu-sama to rest. The country is saved but at the cost of Sada’s best friend. 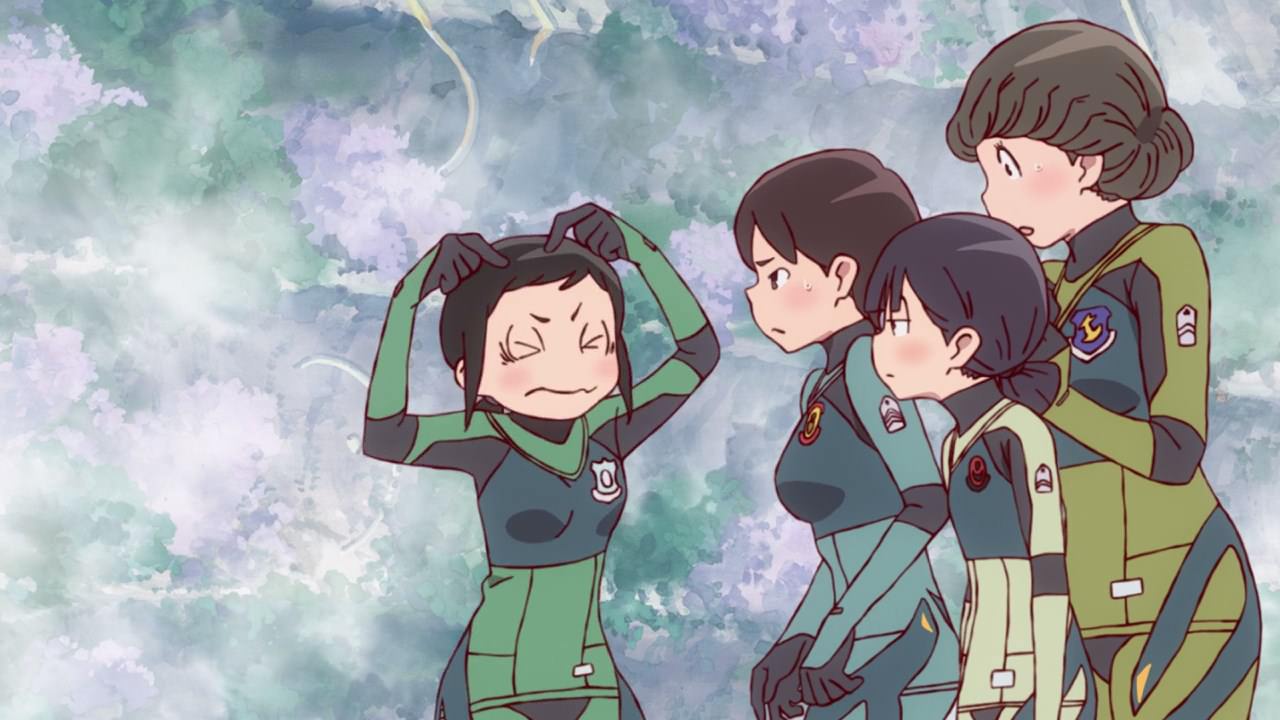 As for the D-Pilots, they’re pretty much shocked to the revelation regarding the Ritual. This includes Hisone Amakasu who she’s having a hard time thinking on what to do in regards to Natsume Misumi.

You know what, why not save both the country and Natsume-san instead of picking one! 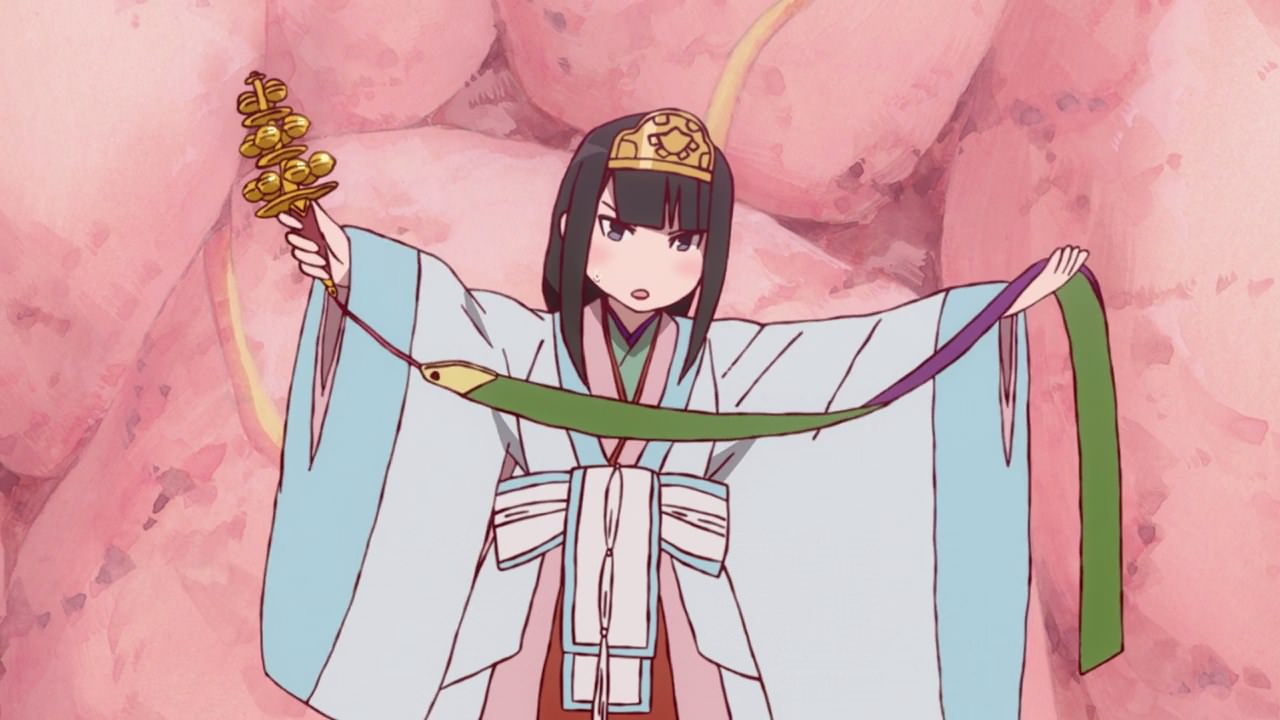 Speaking of Natsume Misumi, she’s still doing the Ritual, although she’s somewhat have some second thoughts as Natsume is still in love with Haru-kun. C’mon, who wants to stay with Mitatsu-sama forever until death when you have other things to do? 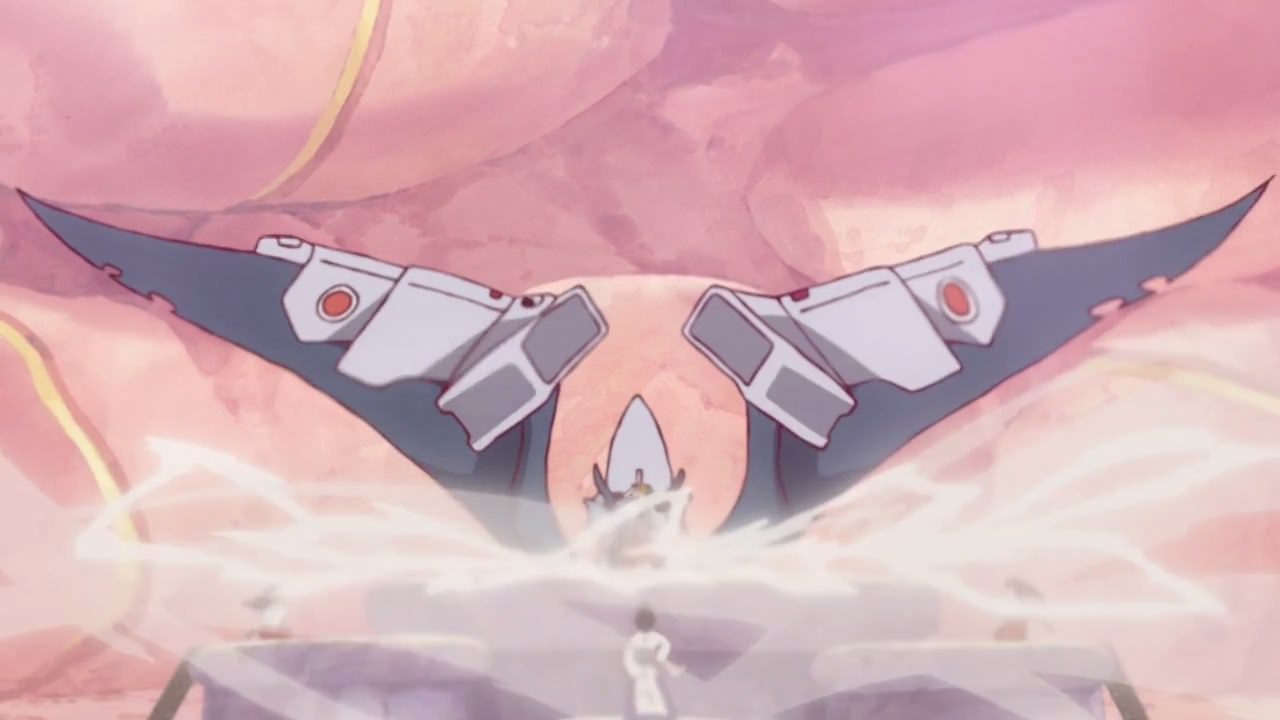 Suddenly, a certain Organic Transporting Flyer crashed into the Ritual and everyone is startled, including Haruto Okonogi. 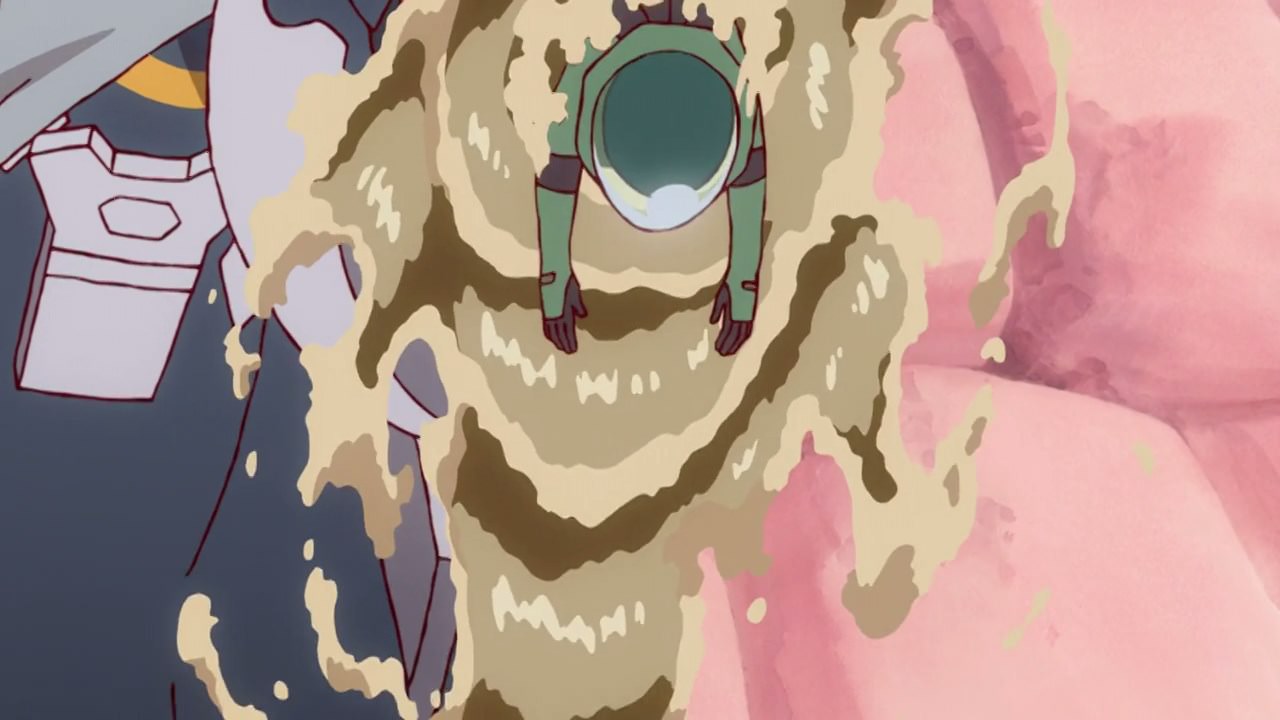 Turns out, it’s none other than Maso-tan as it spits Hisone out, much to Natsume’s disgust! 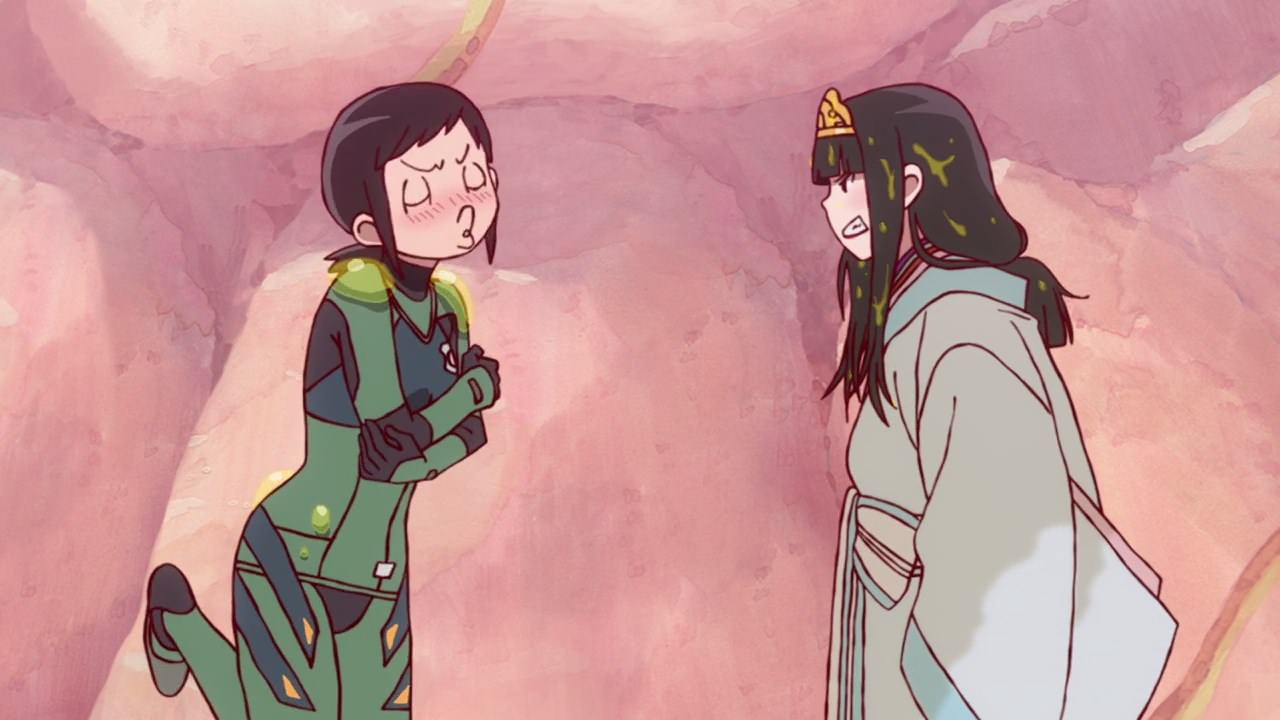 Oh, and to make matters worse for the Kusabime, Amakasu mocks Misumi for sticking with Mitatsu-sama forever when she can no longer have any hindrance on her love towards Okonogi.

Well, Hisone’s right that Natsume will be left out as she’ll become Haruto’s girlfriend! But seriously, Hisone Amakasu is doing this because she wants to save Natsume Misumi from her perilous fate. But what about Mitatsu-sama? 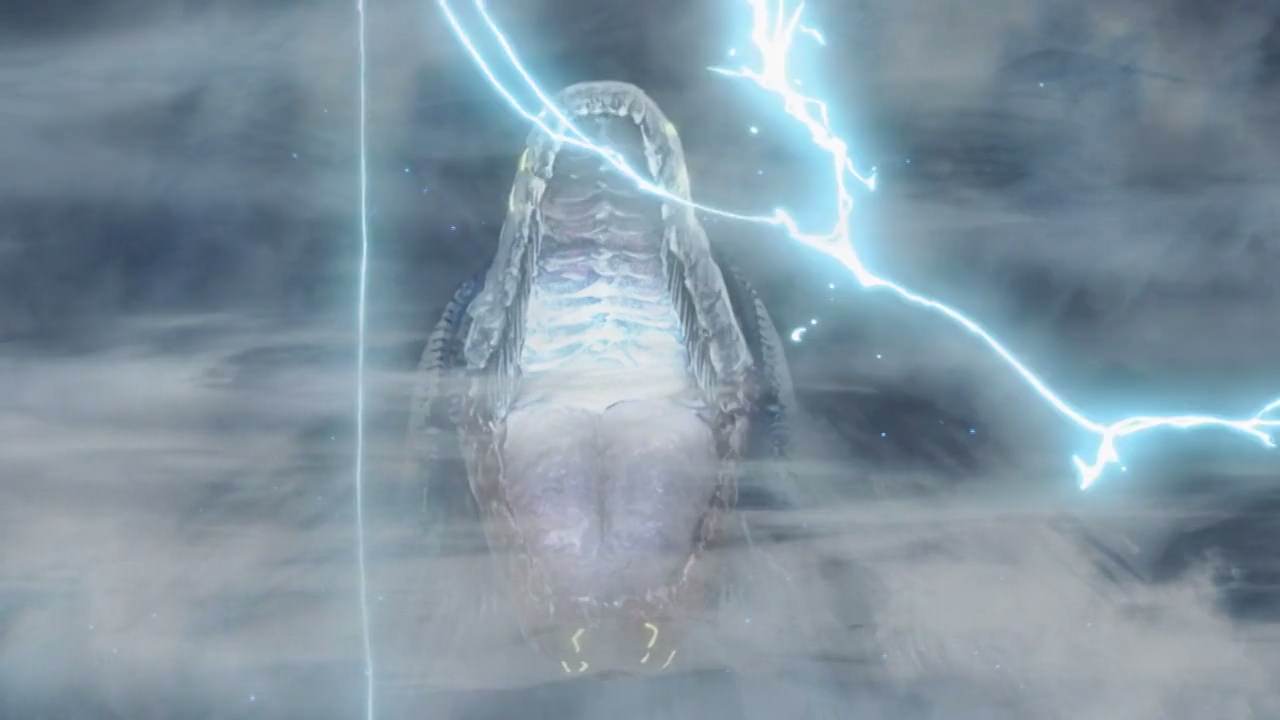 Turns out that his slumber got disturbed and now this dragon is very angry, specifically that the Kusabime is being taken away. At this point, Japan is doomed! 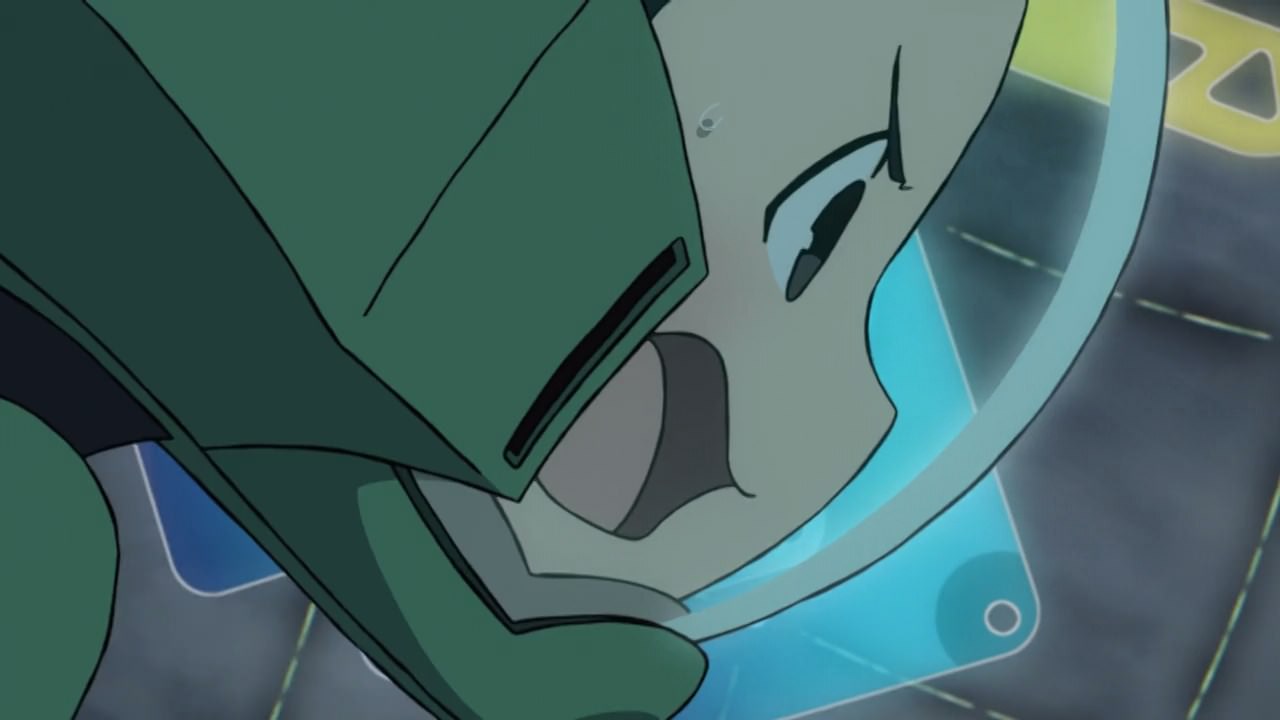 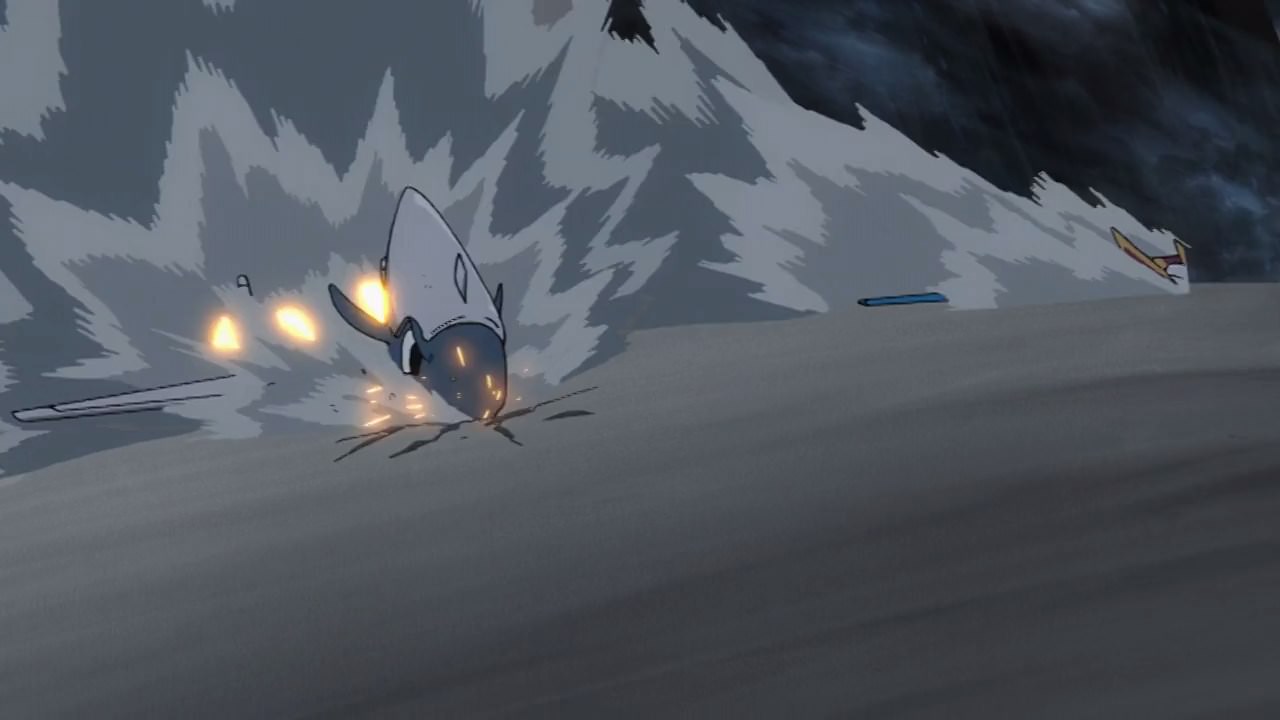 …starting by cutting the ropes that binds Mitatsu-sama. Fortunately, Eru Hoshino and her OTF Norma gave Hisone and Maso-tan a helping hand to gnaw the ropes cleanly! 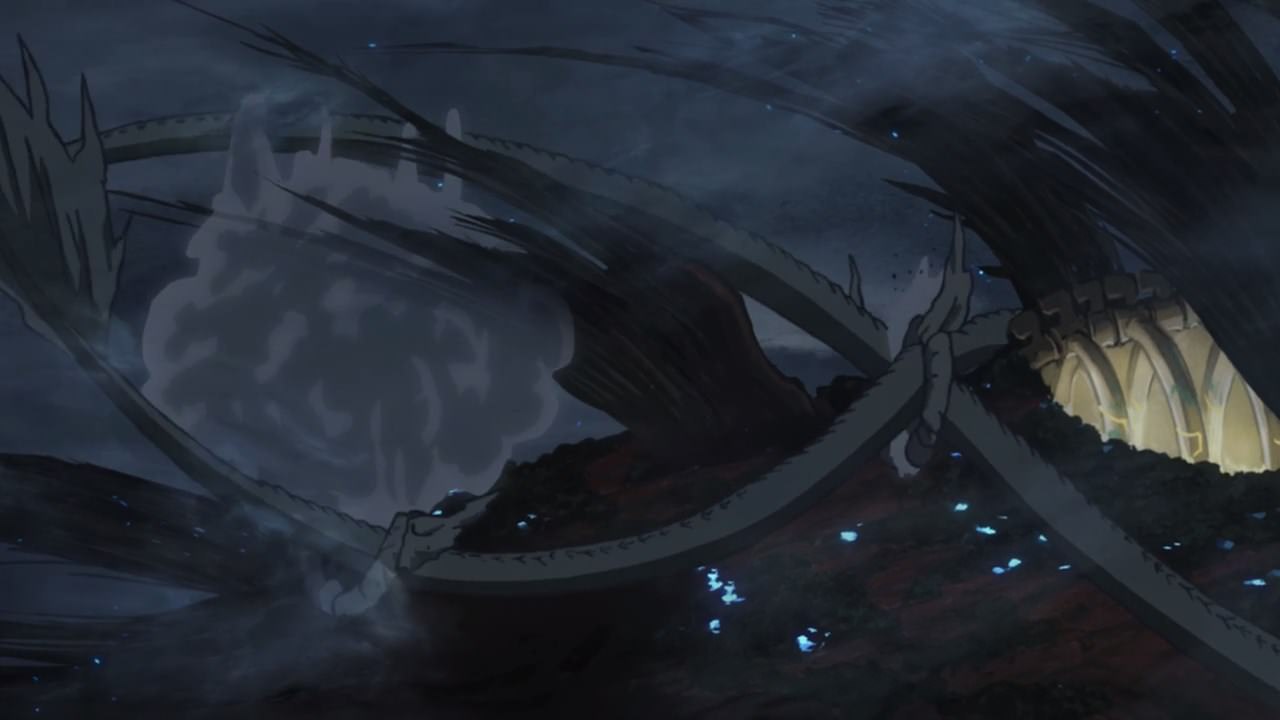 With that said, the ropes are finally cut and Mitatsu-sama turned around with its belly facing upwards. Of course, it’s not over yet because someone needs to place the bells deep within Mitatsu’s body. 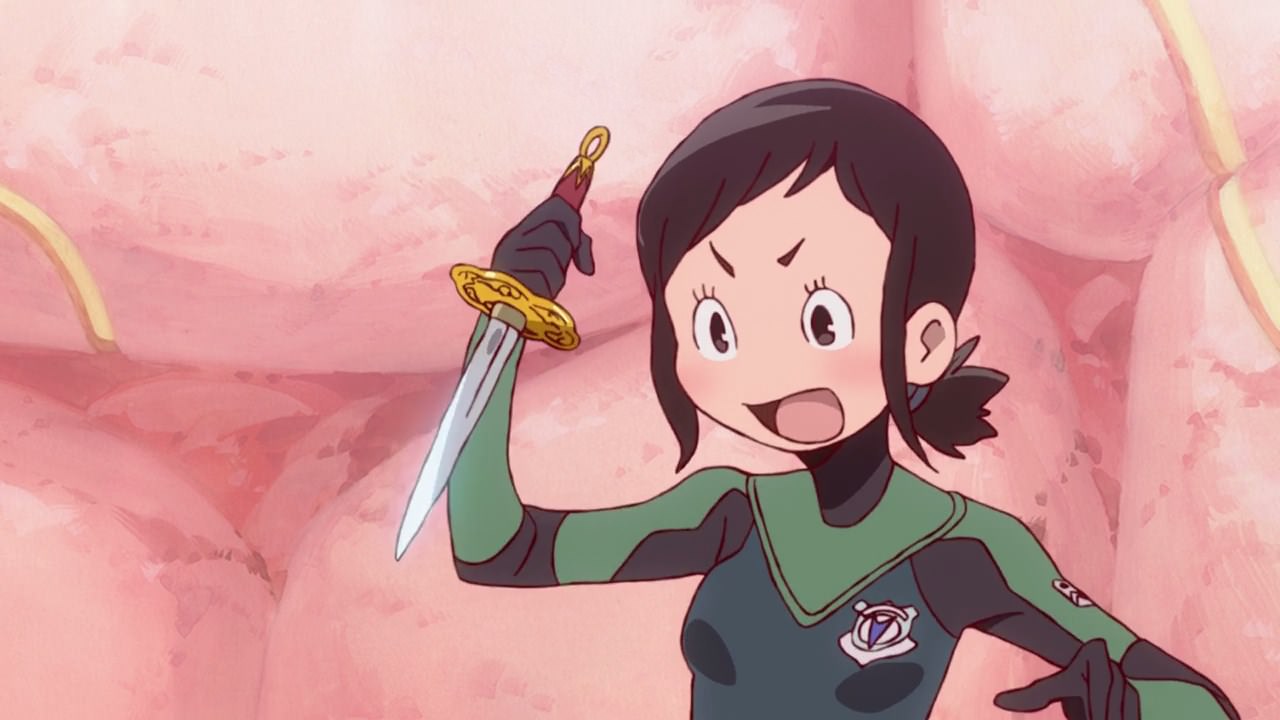 Fortunately, Hisone will take care of that as she has the bell wedge which also acts as a knife to stab Mitatsu’s body. 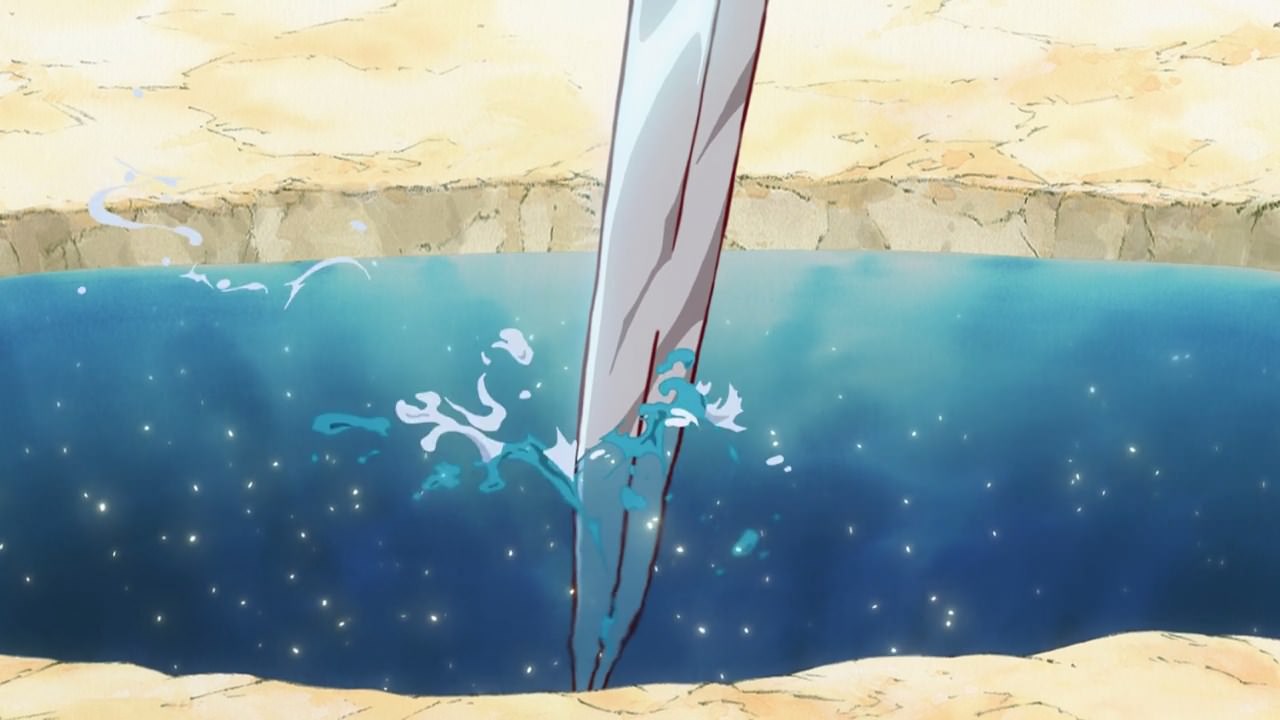 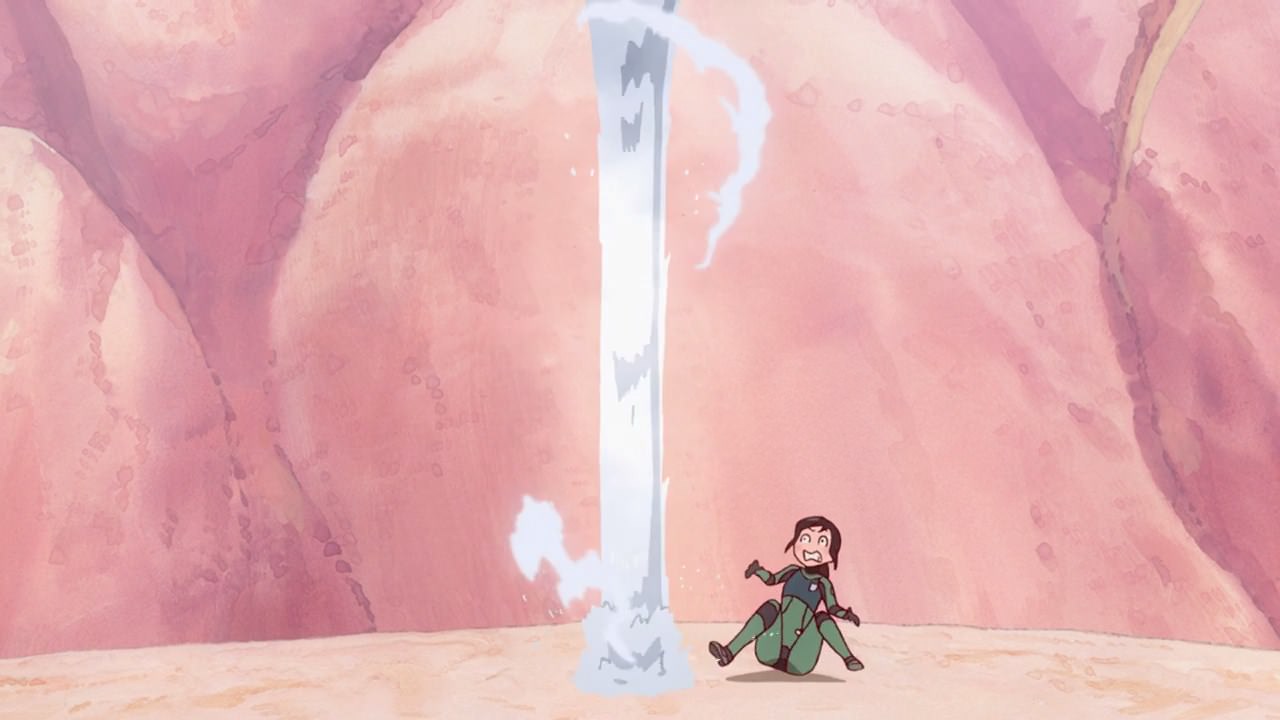 And look, we got a hot geyser spewing out. In any case, looks like Hisone has done her duties but unfortunately for her, she can’t get out of Mitatsu-sama’s body. 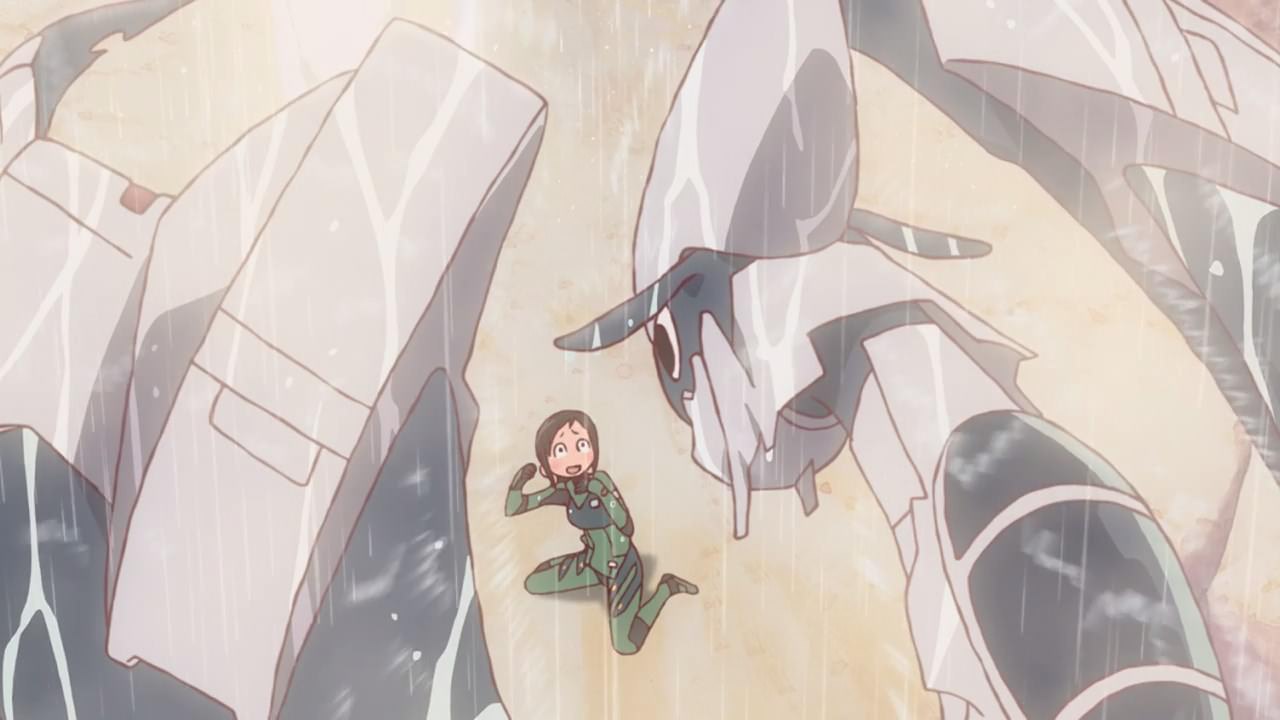 However, Amakasu got her OTF to accompany her as Maso-tan is inside Mitatsu-sama. C’mon, Hisone’s OTF won’t leave her alone to babysit Mitatsu-sama for the rest of her life. 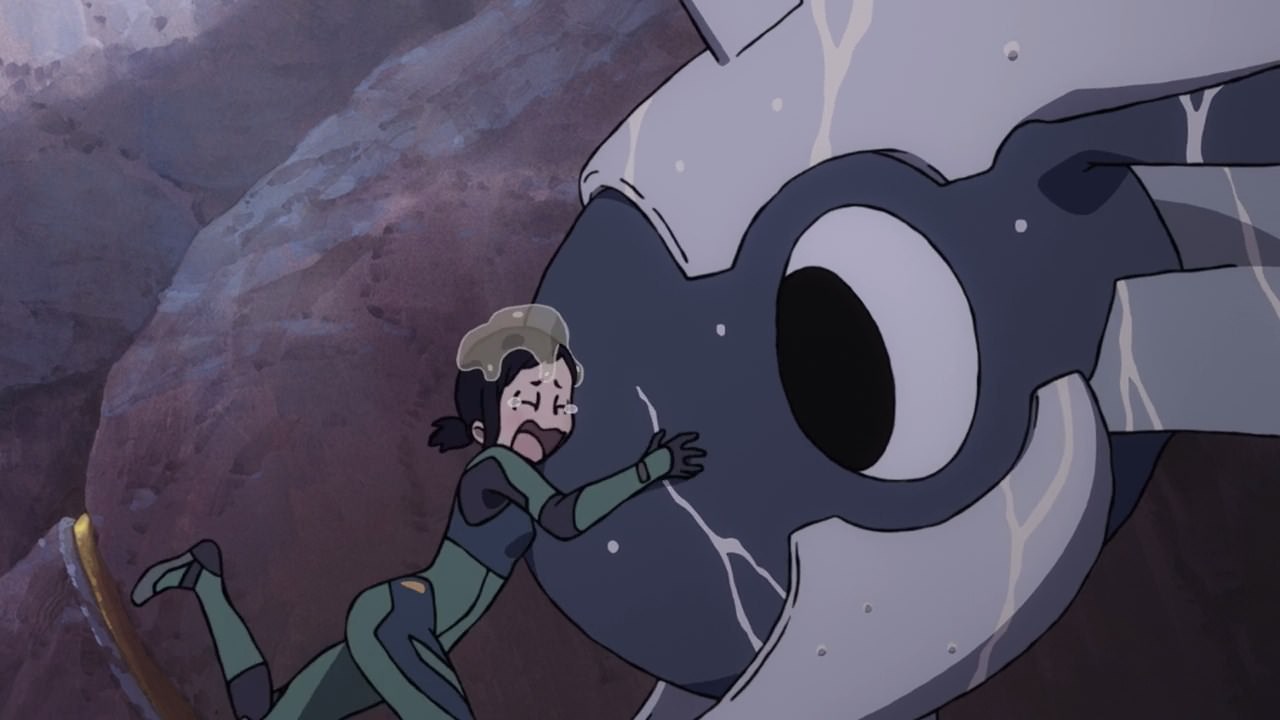 In any case, Hisone Amakasu is grateful that her beloved dragon Maso-tan is here with her! 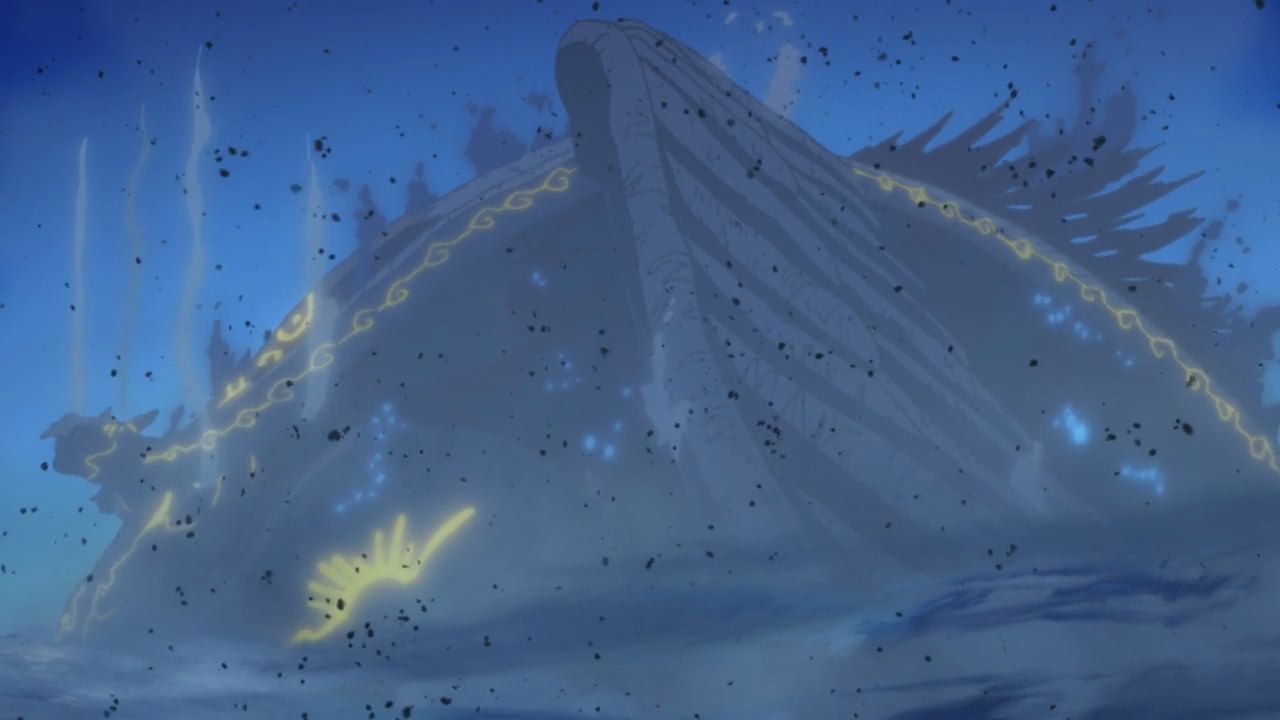 And as for Mitatsu-sama, the dragon has landed in Fushido where it transforms into a mountain. And with that, Hisone and Maso-tan will be stuck inside Mitatsu’s body forever. But hey, what’s important is that Japan is safe! 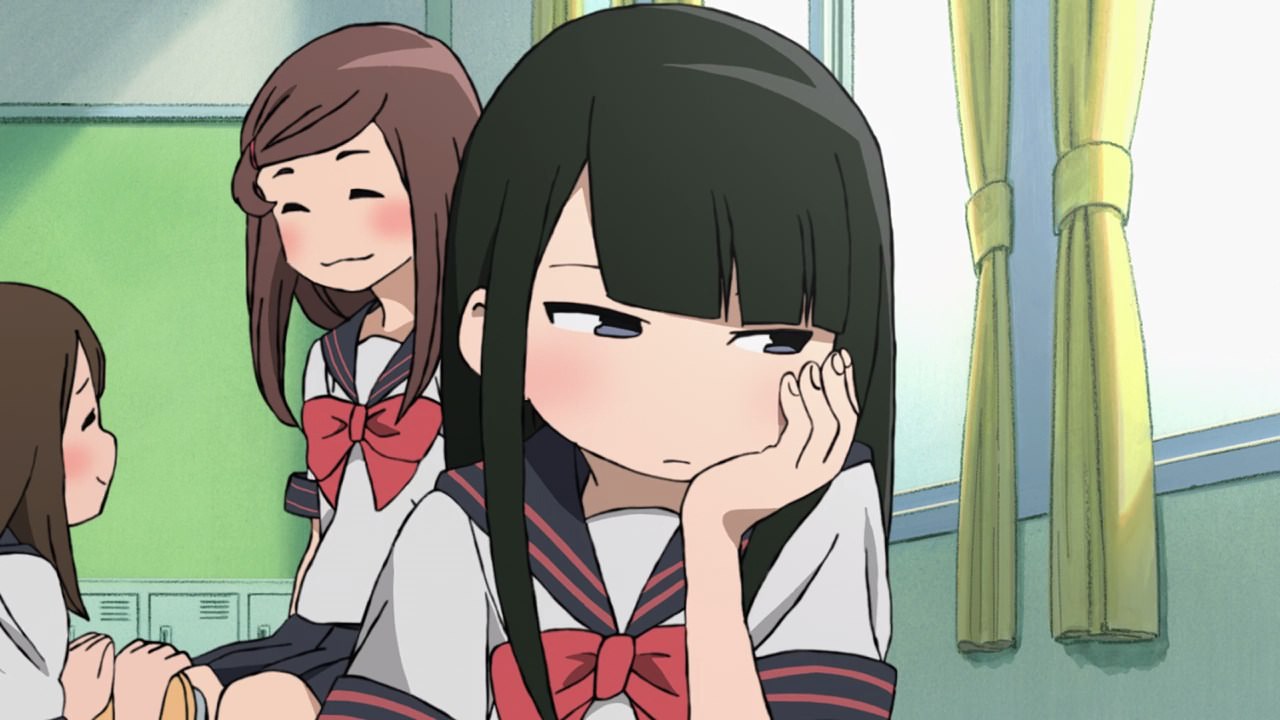 Oh, and so is Natsume Misumi as she’s now living her life as a normal school girl instead of a shrine maiden. Also, she decides to become a florist once Natsume graduates from high school. 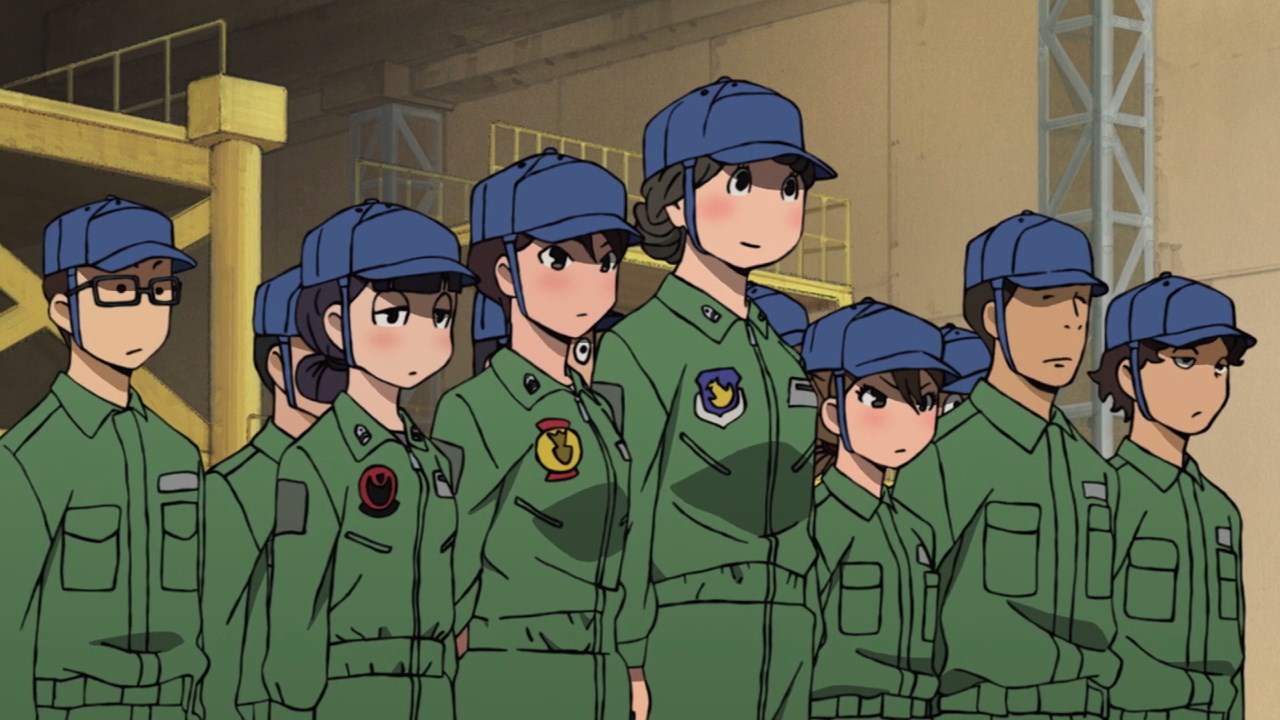 Meanwhile, Commander Hiroshi Sosoda has declared that the OTF Special Flight Unit in Gifu Air Base will now be dissolved as the D-Pilots’ duties are done.

Of course, Nao Kaizaki will have a future as a D-Pilot. Just hoping that she’ll get her own Organic Transporting Flyer in the future! However, Gifu Air Base will be very lonely without Hisone Amakasu and Maso-tan. 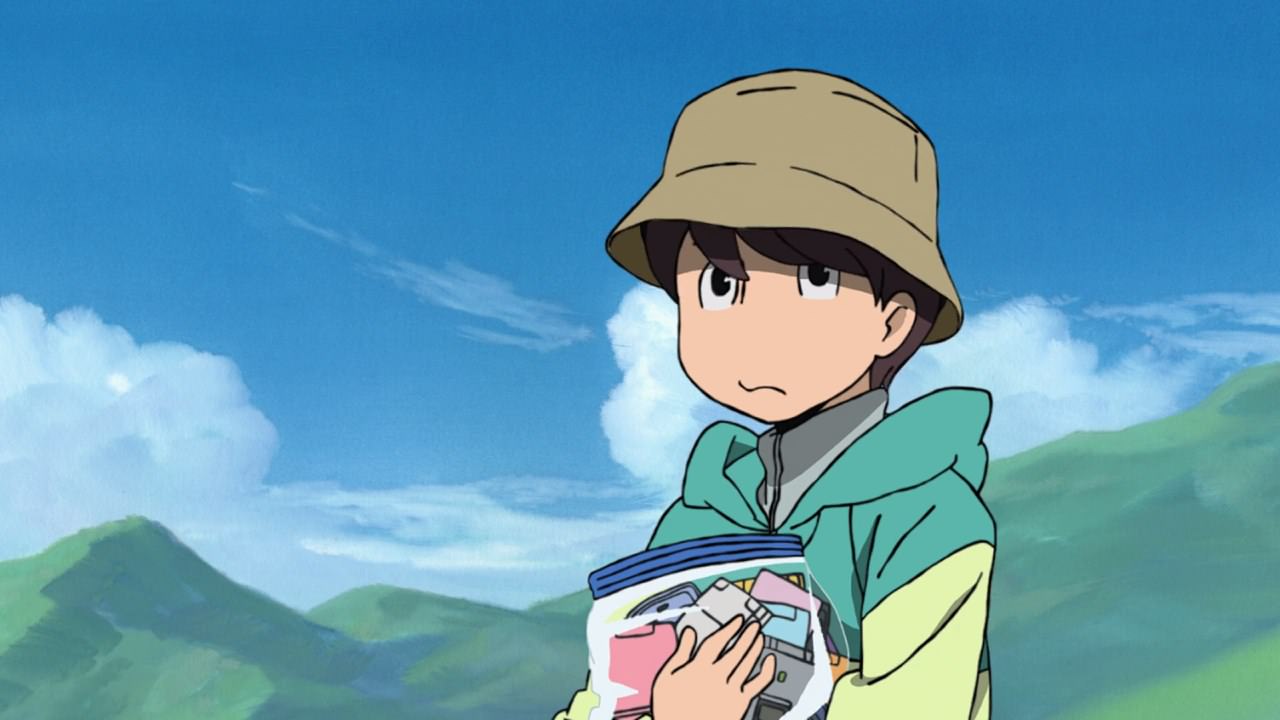 That’s where Haruto Okonogi is at Fushido to find the D-Pilot and her OTF. Good thing he brought lots of flip phones since it’s Maso-tan’s favorite! Then again, it’ll be a hard time finding Hisone and Maso-tan. 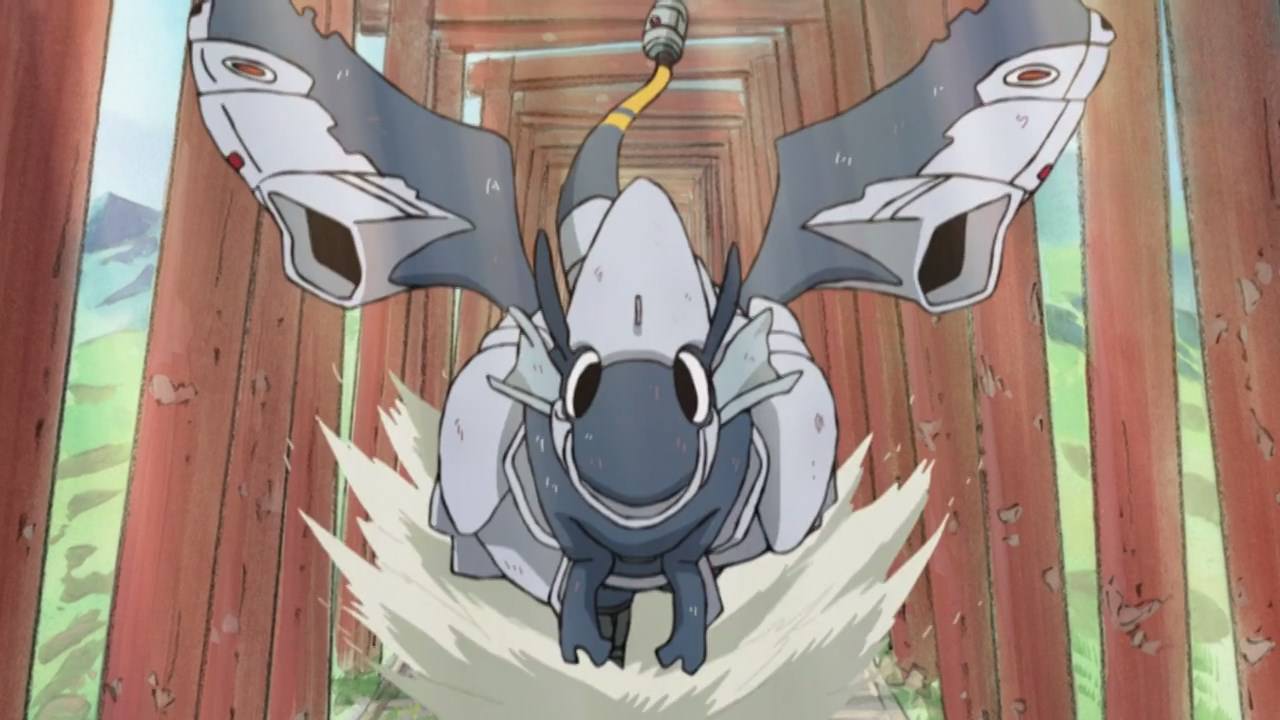 Scratch what I’ve said earlier as we finally found Maso-tan and luckily, Hisone Amakasu is still inside her OTF so it’s good news there! 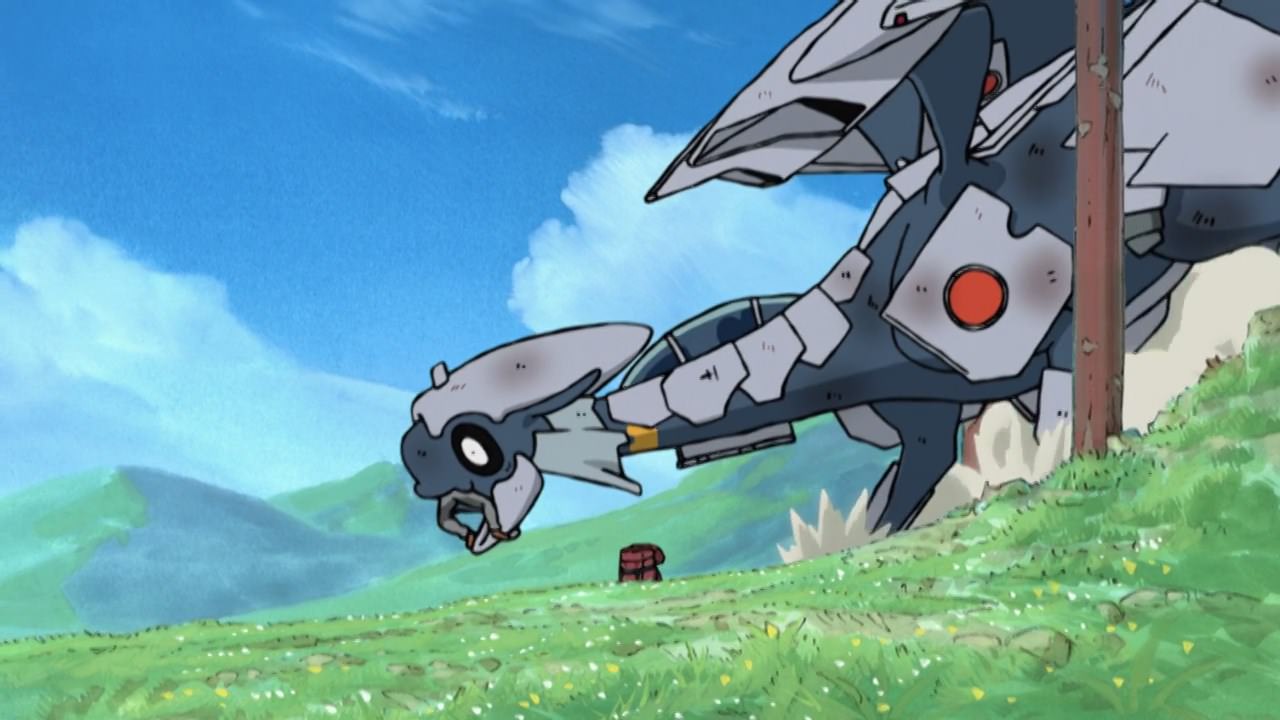 The bad news is that Haruto Okonogi got chomped by Maso-tan. Well guys, I guess this is a bad end to this series! Just kidding, it’s not like Haru-kun is dead as he got swallowed in by Maso-tan and really, he’s glad to see both the OTF and Hisone Amakasu. So yeah, it’s a happy ending for Hisone to Maso-tan!

Anyways, I have to give props to Studio BONES as I must say that I really enjoyed watching Hisone to Maso-tan. The production quality is good and not only that, it has an interesting story to boot. Really, I feel that this show really deserves some attention as Hiroshi Kobayashi and Mari Okada did a great job!

With that said, it was a fun ride watching Hisone to Maso-tan as I’ll miss the D-Pilots, the OTFs, and the crew at Gifu Air Base. Thank you BONES for creating this show!