Hey everyone, it’s the final episode of Highschool DxD HERO and as you can see, Sairaorg Bael and Issei Hyoudou are going out swinging now that the latter has achieved Cardinal Crimson Promotion.

So, how does the Oppai Dragon’s new powers stack it up against Regulus Nemea? 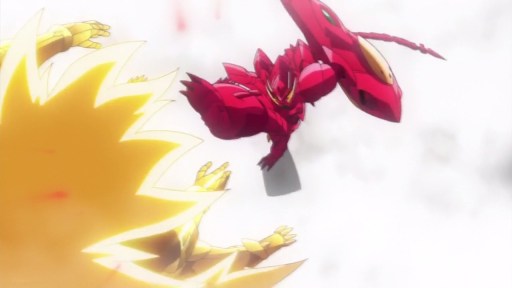 Well, turns out that Cardinal Crimson Promotion can put up a fight against Sairaorg’s Regulus Nemea. Hell, it can even surpass it! 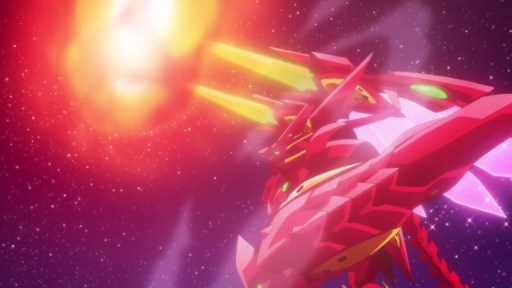 And not only that, Issei can change forms much like Illegal Move Triaina, except that it’s now enhanced thanks to the power of Cardinal Crimson Promotion. As you can see, he’s using Crimson Blaster to blast Sairaorg away. 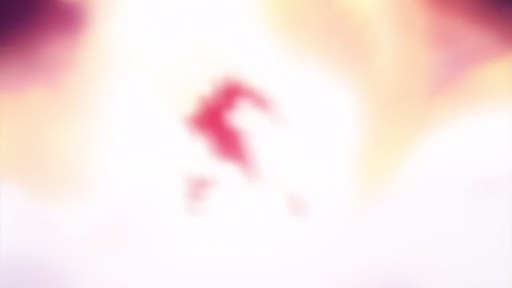 Well everyone, looks like Sairaorg Bael might lose this crucial battle and really, he and Regulus are the only ones left standing. 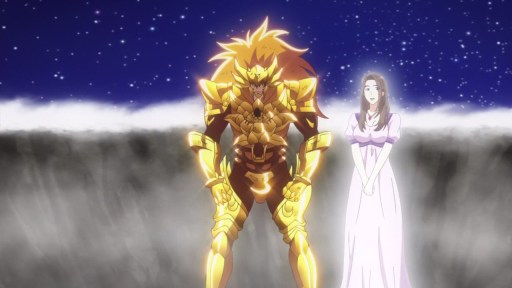 Of course, the match won’t be over just yet as the ghost of Misla Bael tells her son Sairaorg to stand up and fight.

C’mon, he made it this far with his own two hands so it’s best to finish the fight with him winning the Rating Game in triumph!

Anyways, Sairaorg Bael unleashed his remaining battle aura for one final stint to defeat the Red Dragon Emperor or should I say the Oppai Dragon!

Well then, I guess Issei will have to use all of his remaining energy for this single punch to knock the Lion King out! 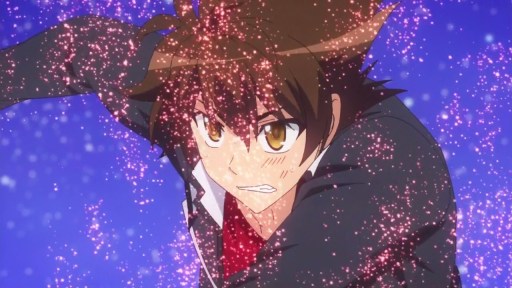 Unfortunately, Issei Hyoudou couldn’t hold his Scale Mail anymore so the only thing that he can do is to run away or face defeat with dignity via Sairaorg’s punch. What about Sairaorg Bael though? 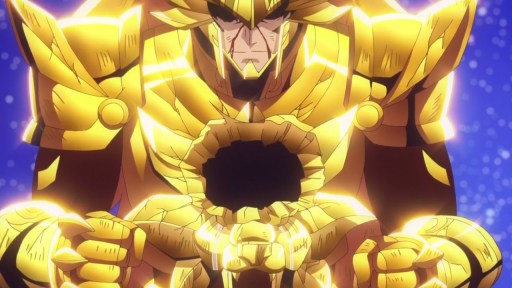 Turns out, he became white ash as Regulus told Issei that Sairaorg lost consciousness just as he’s about to land a punch towards the Oppai Dragon. Damn, I thought that Sairaorg has enough strength to win this Rating Game.

Also, seems that Regulus is crying now that his master’s body couldn’t move anymore. But you know what, I feel that Sairaorg Bael will be fine as I must say that it was a fine match between him and Issei Hyoudou.

And as for Issei Hyoudou, he gave Sairaorg a warm hug. Really, I’m getting teary-eyed as Issei shows some good sportsmanship towards Sairaorg. It’s truly breath-taking for this Rating Game! 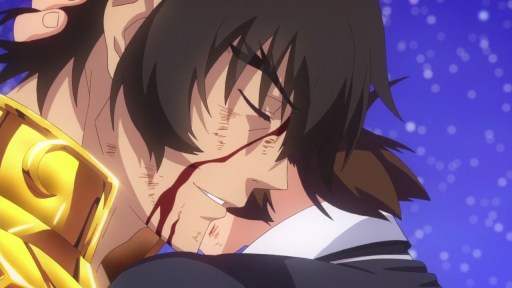 With that said, the winner for this Rating Game is Rias Gremory and her Occult Research Club. Man, they truly deserve this win and honestly, it was the best thing that happened on Highschool DxD HERO!

And now for some post-match happenings as Sirzechs Lucifer informed Issei Hyoudou that he and Yuuto Kiba are invited for a promotion test. This means that if they pass the test, both Issei and Yuuto will be promoted to mid-class devils.

Gotta say that they’re blessed with this opportunity and really, these two boys should take the promotion test and rise up the ladder!

Meanwhile, Sairaorg Bael is fine after recovering his injuries from that Rating Game. I guess that he has no regrets on fighting against Issei Hyoudou as Sairaorg told Azazel that he’ll catch up to him!

Suddenly, Sairaorg’s butler told the news about his mother Misla. Hmm, don’t tell me that something happened to Sairaorg’s mother?

Turns out, Misla Bael woke up from her coma. Well, it’s all thanks to Issei Hyoudou as he used Paillingual to reconnect Misla towards her son.

Still, I’m glad that there’s a happy ending for Sairaorg Bael as his mother Misla has regained consciousness. Isn’t it nice that Issei made a miracle?

Of course, while there’s some good news, seems that Azazel is worried about the Khaos Brigade’s next activities, especially when mythological beings are involved.

Case in point, it’s Sakra Indra as he warns Azazel that he’ll kill the Red Dragon Emperor should Issei becomes mightier than he is.

Oh boy, I smell a sequel after this 4th season but don’t ask me when will Passione make another season ’cause it’s up to Kadokawa on deciding it! 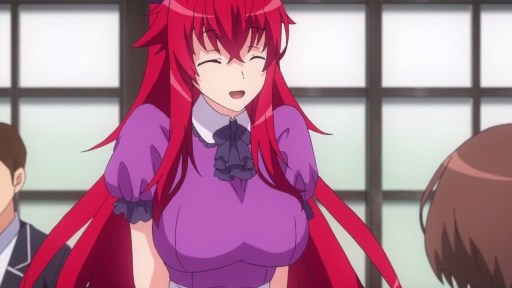 Ah never mind, it doesn’t work and it’s not surprising that all the girls hate him for being a creepy pervert. Well, can’t help that!

After the school festival, it’s time for the after-party as Issei Hyoudou was called by Rias Gremory. I wonder if Issei will still call Rias-sempai as Club President again since she’s gonna graduate soon?

Not this time though as Issei has finally call her as “Rias-san” and confess his love. Issei-kun, you sir have done it!

And as for Rias-sempai, she’s filled with joy that her beloved pawn has finally called her by her first name. Damn, isn’t it heart-warming?

But then, the rest of the Occult Research Club ruined it. Really everyone, why do you have to ruin their moment as they’re ready for the best part? God, they’re so intrusive at the wrong place and at the wrong time! 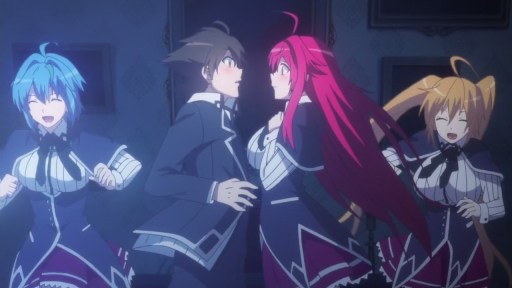 Fortunately, they’re very considerate with regards to their privacy as the likes of Xenovia Quarta and Irina Shidou pushed Issei and Rias together and take their leave.

Well, let’s wrap up Highschool DxD HERO shall we?

Anyways, time to end this 4th season with a kiss between Issei Hyoudou and Rias Gremory. Man, I’m glad that we have a happy ending!

But you know what, I have to say that despite the change of studio in which the art style is different, Highschool DxD HERO was an improvement over Highschool DxD BorN that Passione properly adapt both Volumes 9 and 10. Well, most of the plot are cut due to time constraints like the other Rating Game between Seekvaira Agares and Sona Sitri, but everything else looks good so I give props to them for treating the source material nicely.

So while we’ll never know when will Season 5 be aired, I must say that I enjoyed watching Highschool DxD BorN! In any case, it’s time for me to sign-off…