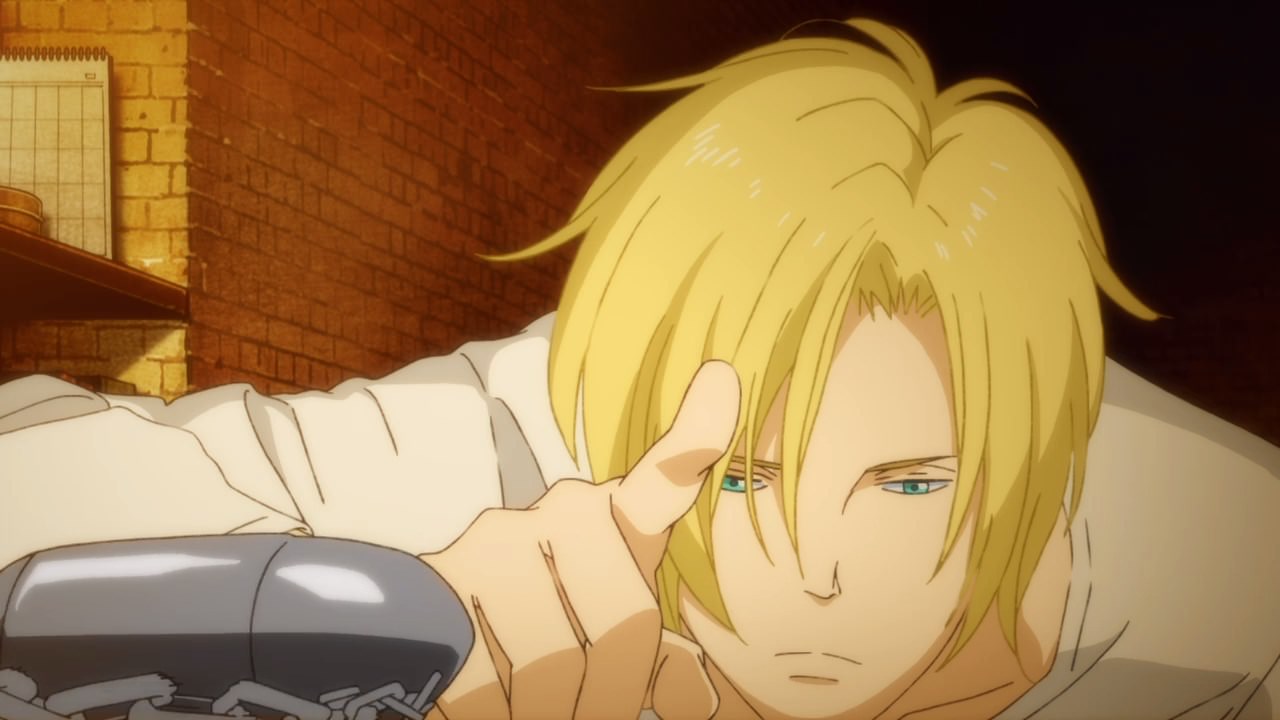 Well everyone, seems that I’m here to briefly talk about the first episode of Banana Fish and why some people are hyped about it? For one, it’s a classic manga from the 80’s by Akimi Yoshida. And two, it’s animated by MAPPA which changed the setting to modern times, but still retains the story.

Anyways, this is Aslan Jade Callenreese or better known as Ash Lynx to many of his fellow thugs because he’s the leader of a street gang in New York. Now then, Ash got this pendant which contained a drug called Banana Fish. This drug actually affected his big brother Griffin Callenreese and Ash wants to find out why this drug was created. 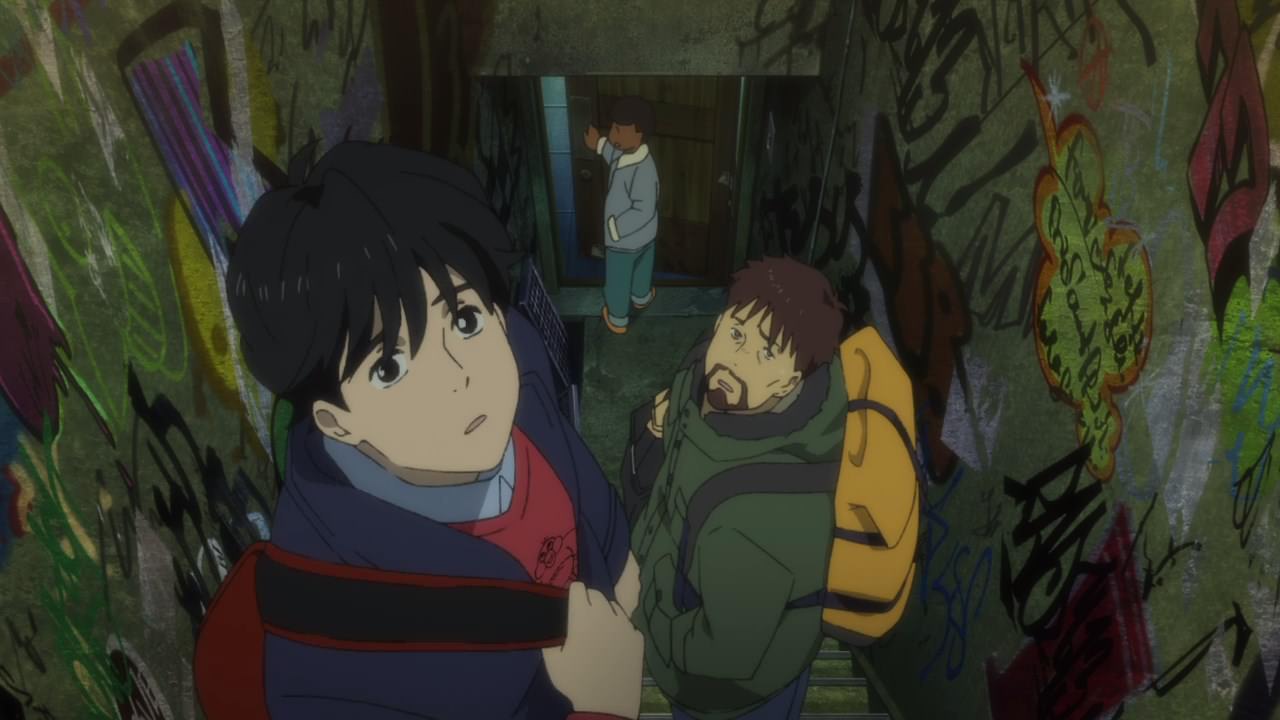 For now, Ash Lynx will have an interview with two Japanese reporters, Eiji Okumura and Shunichi Ibe.

Well, these two guys will have a great experience interviewing a gang leader and really, I hope Eiji and Shunichi will get out alive after this. 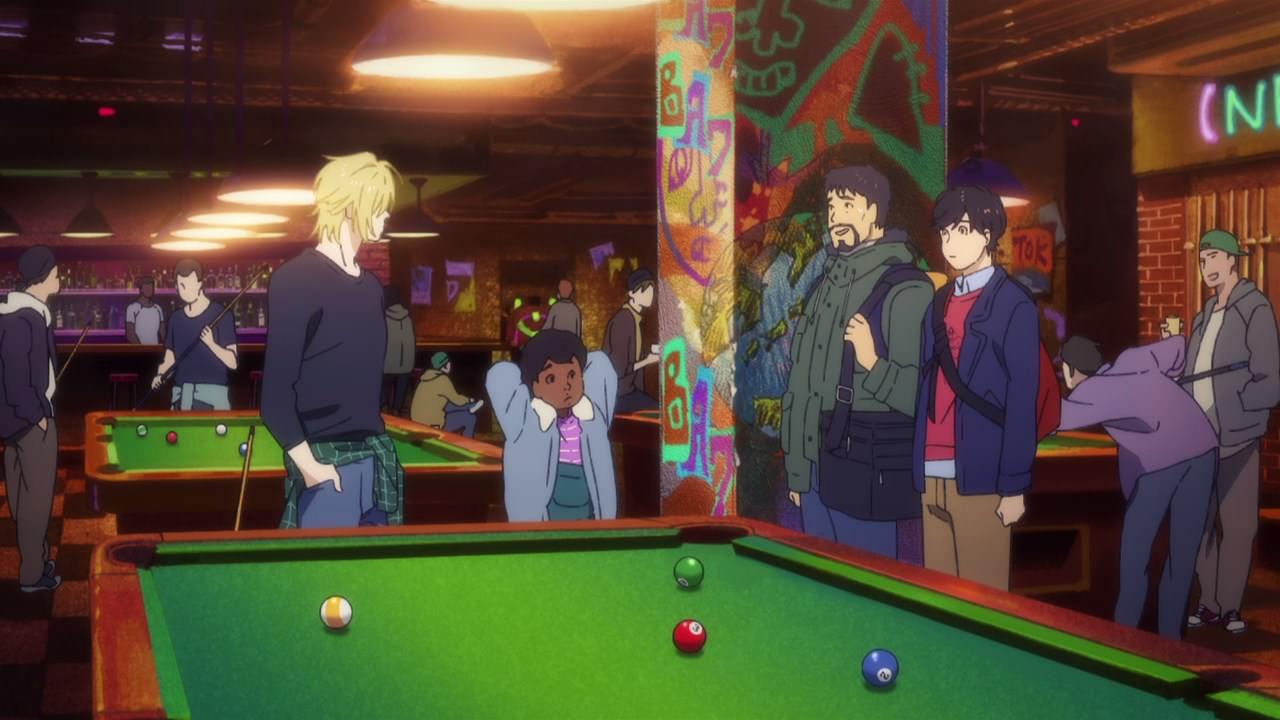 Joined by his friend Skip, seems that Ash Lynx is okay giving his insights about his rise from power and complete control over the streets of New York.

Yeah, everything is chill inside this underground bar and I mean, there’s nothing violent going on here! 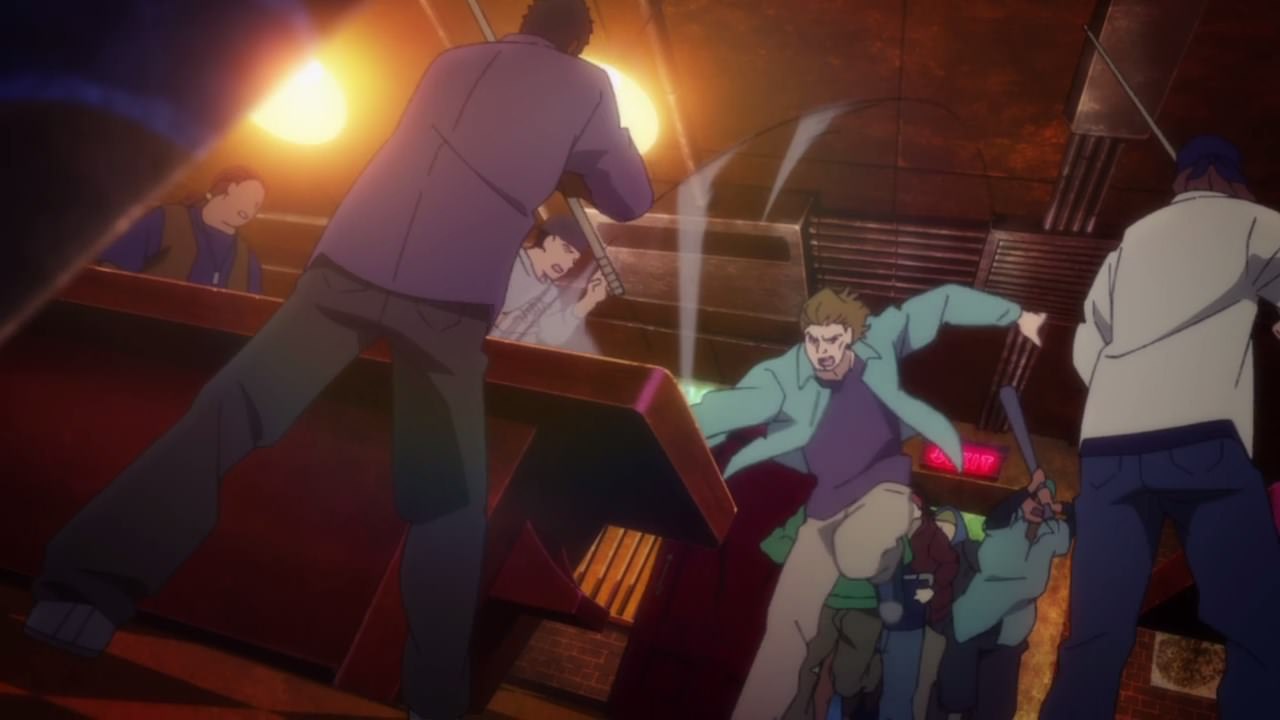 Nevermind, seems that some thugs stormed this bar and made a ruckus. Looks like Ash knows that he’s being targeted as he have the Banana Fish drug in his hand! 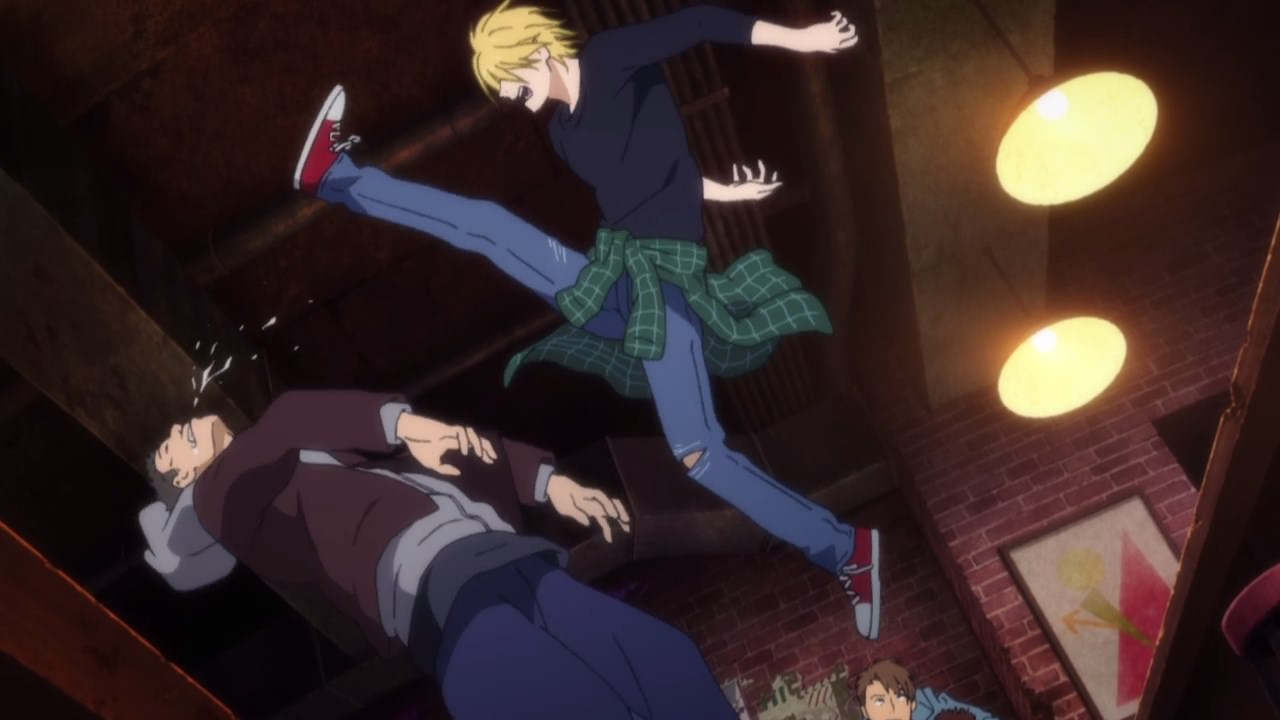 Not on his dead body as he can defend himself from these thugs, although his guests from Japan and Skip got caught in this mess. Even worse, both Skip and Eiji Okumura got kidnapped by a rival gang led by Frederick Arthur so it seems that Ash will have to save them as much as he can!

In any case, looks like Banana Fish looks good and I’m really looking forward for this series by MAPPA. I have nothing to say about the premiere of Banana Fish, but I’m hoping that it stayed consistent on the next episode as Ash Lynx will try to rescue Skip and Eiji before it gets ugly!