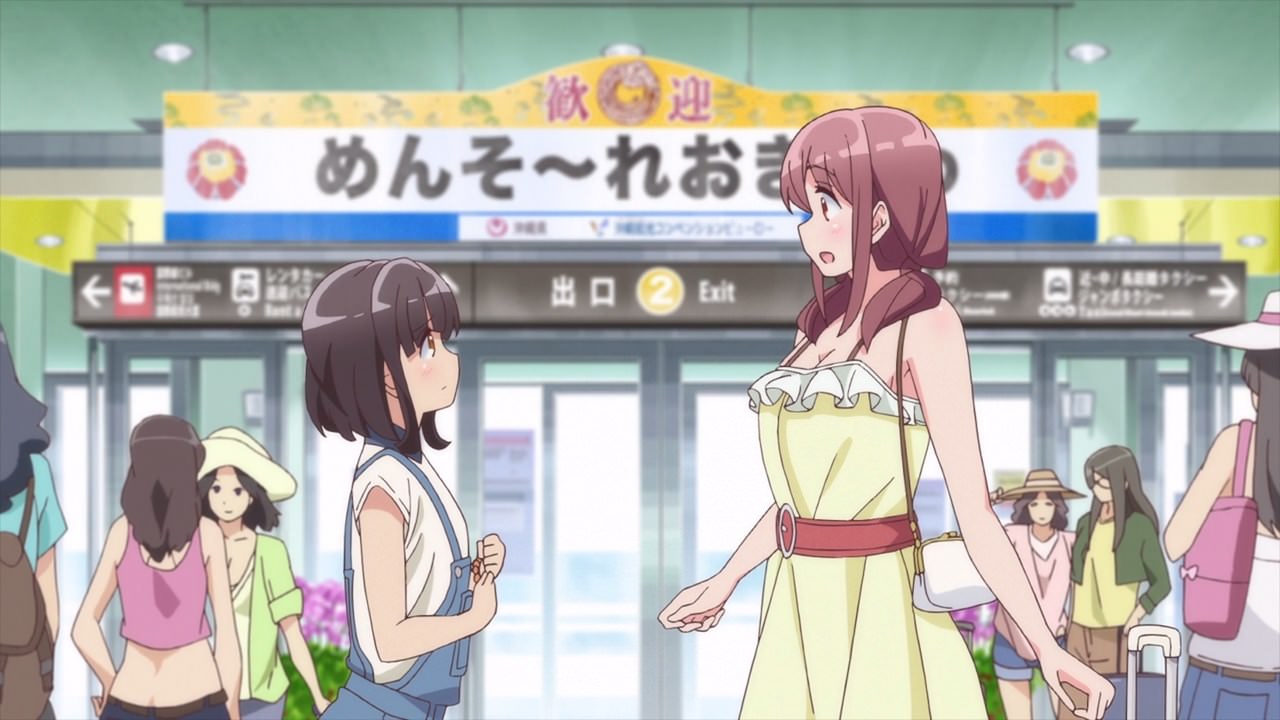 Well everyone, it’s time for another Manga Time Kirara title courtesy of C2C, which previously has ties with Satelight with shows such as M3: Sono Kuroki Hagane, Aquarion Logos, etc.

Anyways, this is both Kanata Higa and Haruka Oozora and they’re cousins, despite Kanata being shorter than Haruka. Oh and by the way, the setting for this anime adaptation takes place in Okinawa… 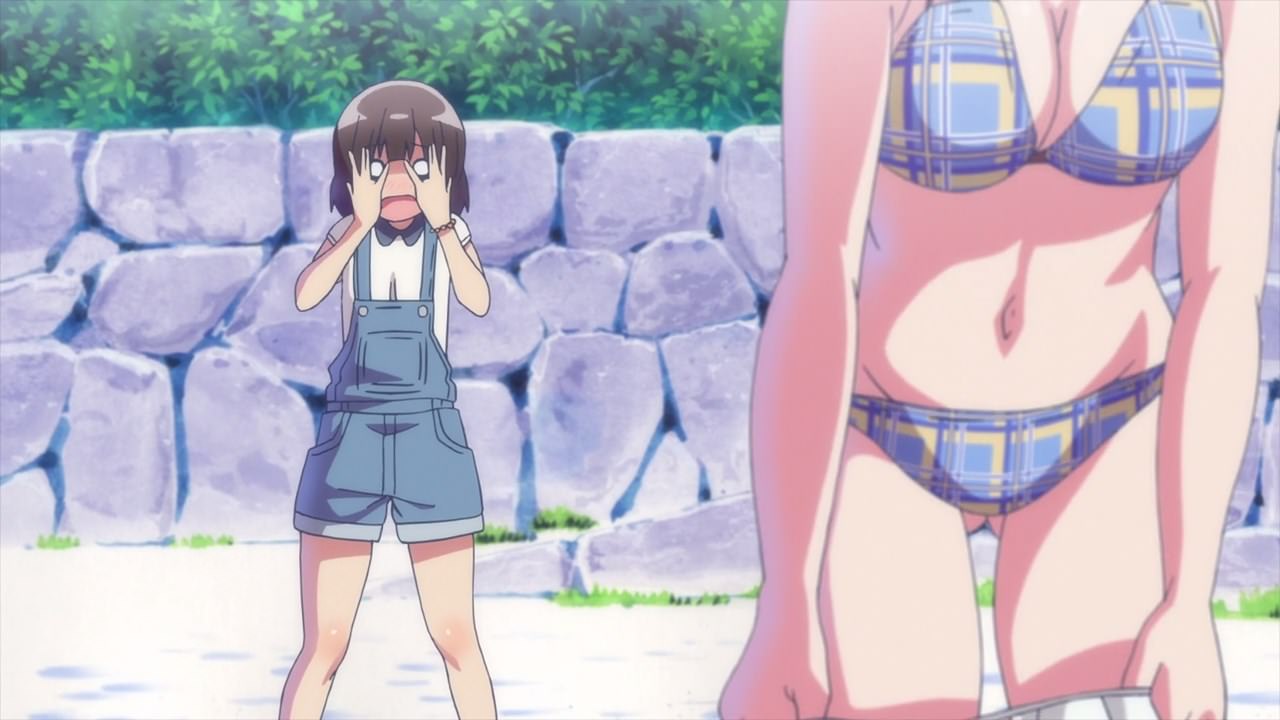 …which means that it’s full of beaches and let’s not forget those swimsuits that the girls are wearing. As you can see, Kanata was shocked that Haruka is stripping to reveal her bikini! 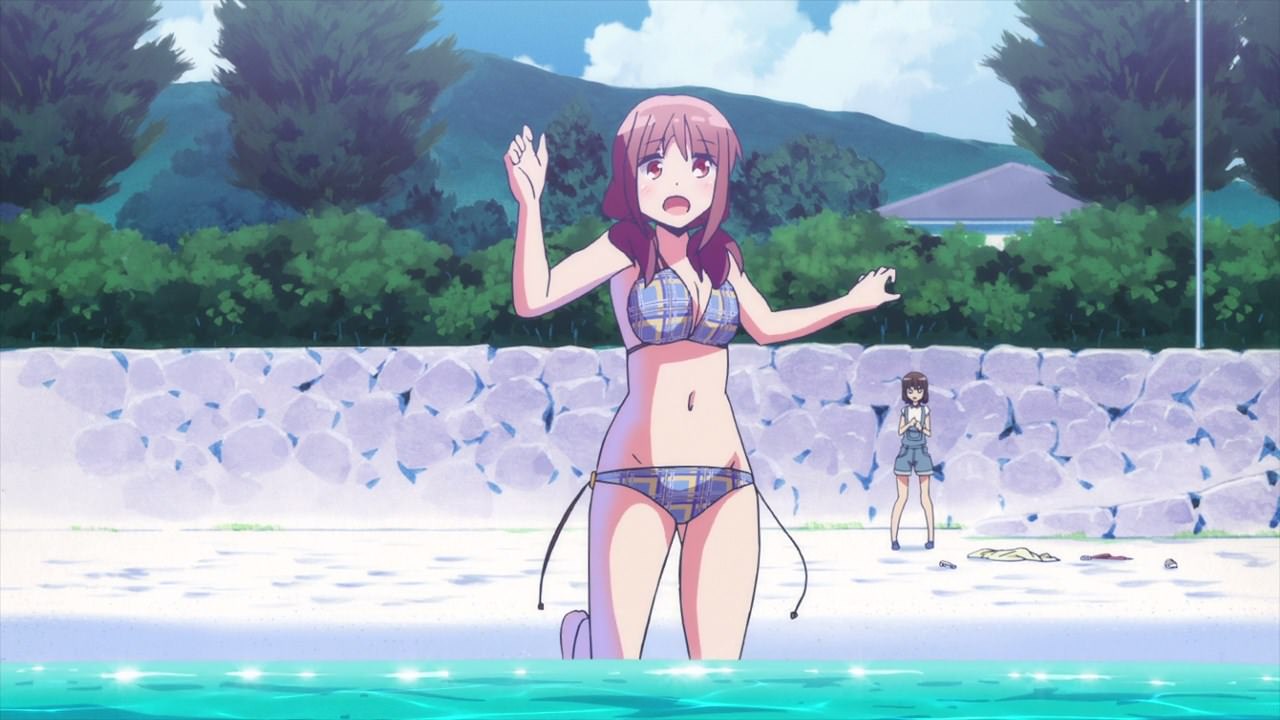 Well then, looks like Haruka Oozora will be having fun at the beach on her first day, although she should have at least put some sunblock on before going to Okinawa. 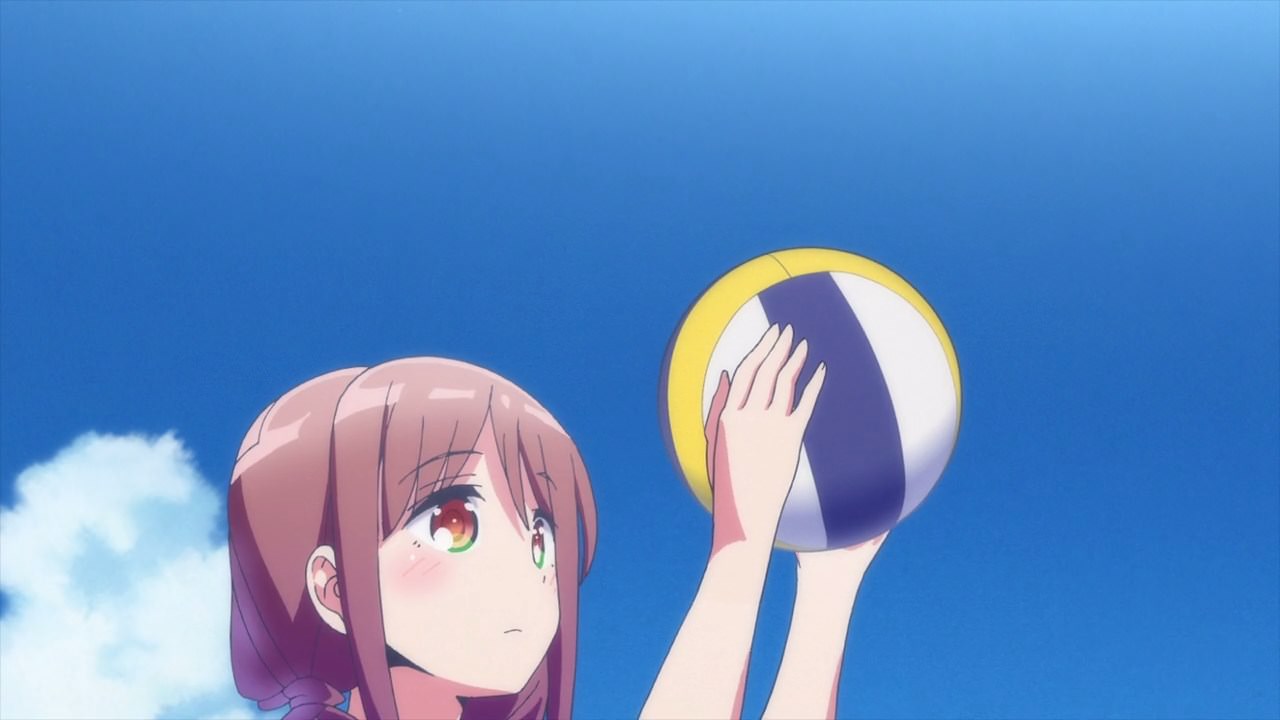 Suddenly, someone throw a volleyball at Haruka which she managed to grab it before hitting it at her face. Man, I wonder if there’s someone playing beach volleyball? 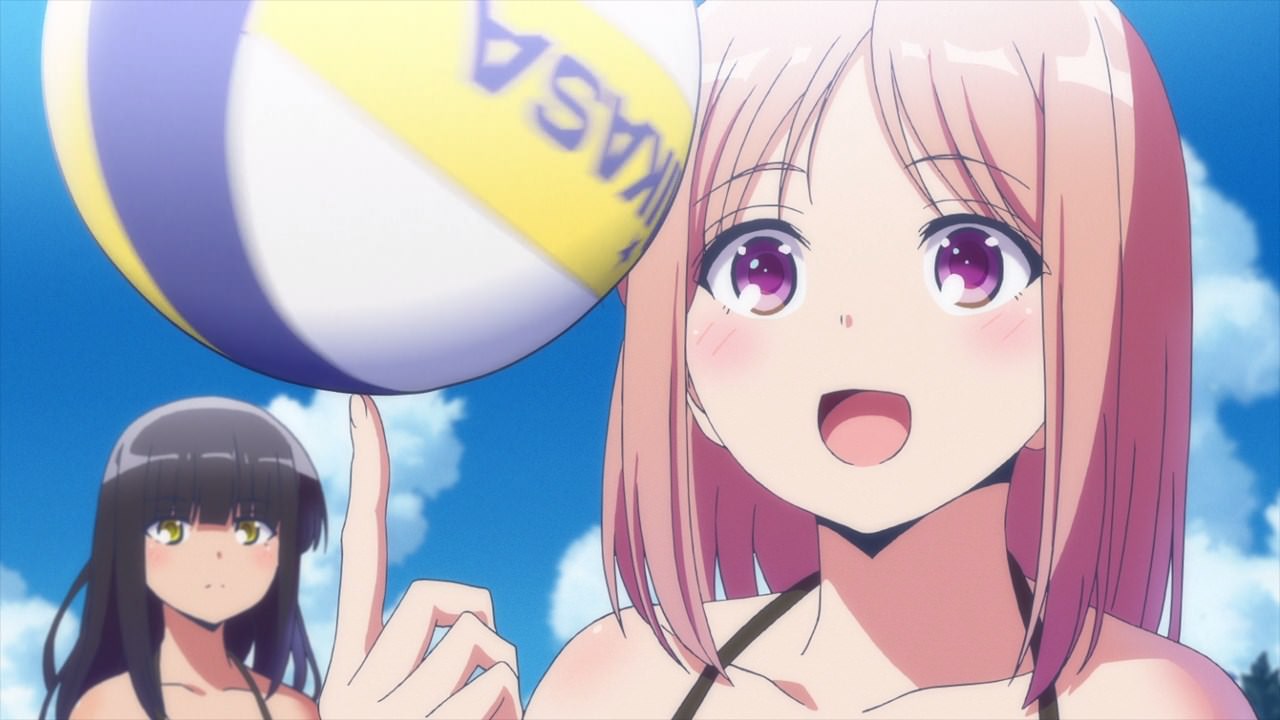 Well, it’s none other than Narumi Tooi at the background and Ayasa Tachibana at the foreground as they’re doing some practice in Okinawa.

By the way, both Narumi and Ayasa are actually beach volleyball champions and they take this sport seriously, moreso with Narumi where she said that there are no aces in beach volleyball, unlike regular volleyball where there’s one out of six players that is designated as an ace.

Whatever the rule differences is, Haruka Oozora is very curious to play beach volleyball! Of course, Haruka needs a partner. 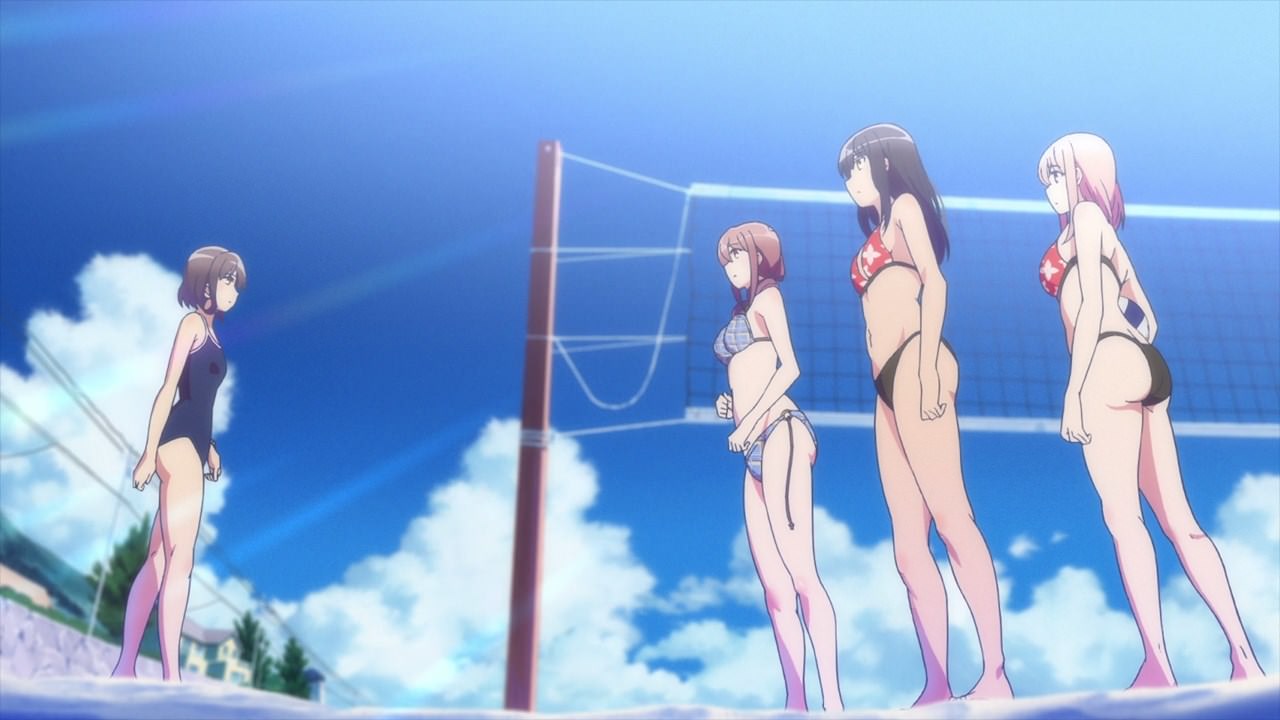 That’s where Kanata Higa arrived where she becomes Haruka’s partner. Also, seems that she knows Narumi Tooi. Hmm, did she play beach volleyball with Narumi before? 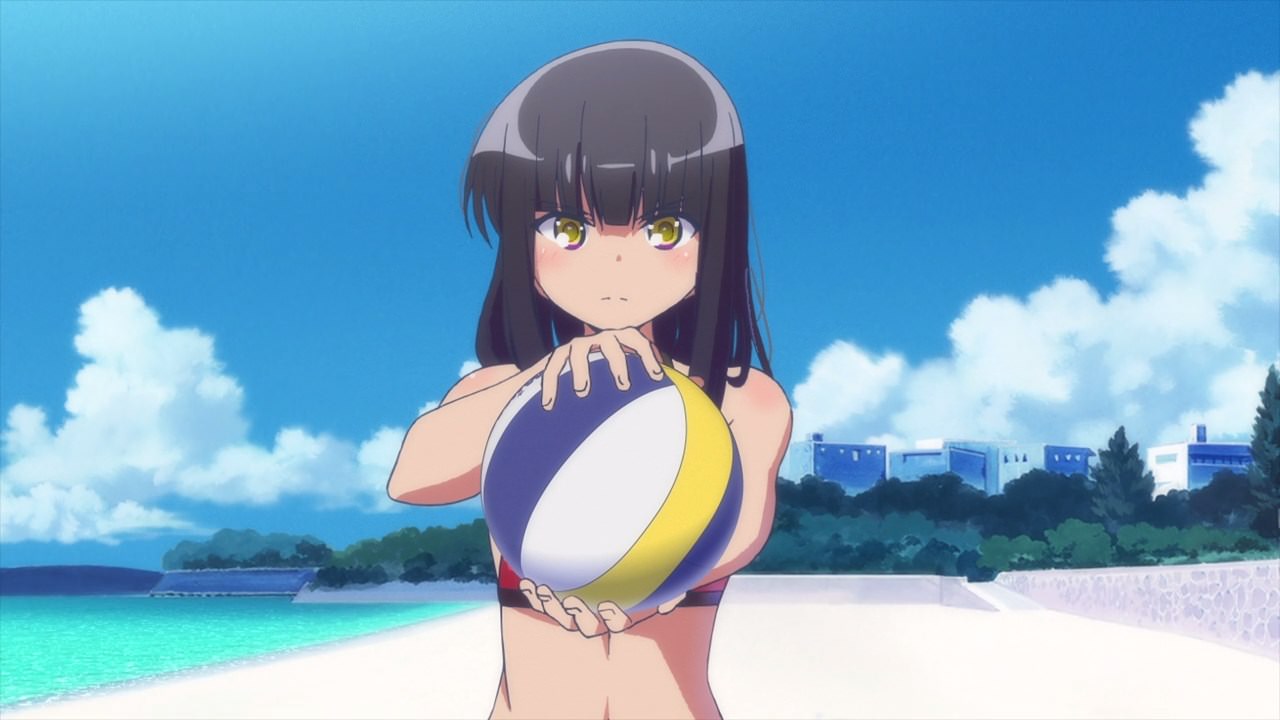 With that said, time for Narumi to serve the ball because Haruka Oozora is a beginner. C’mon, she’s just starting to play beach volleyball, but still I’m hoping that Narumi will give leeway towards Haruka. 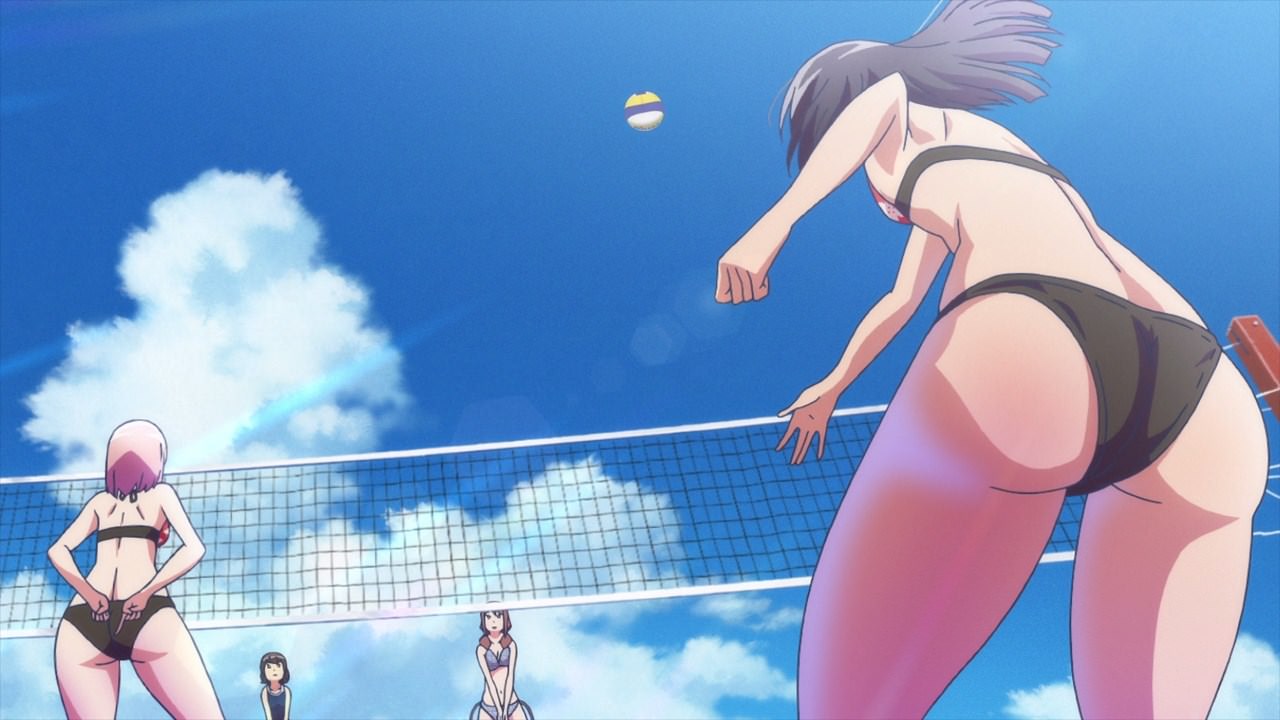 Never mind, seems that Narumi decided to go hard mode as she goes for a hard serve. I guess that these champions won’t go easy towards Haruka-chan! 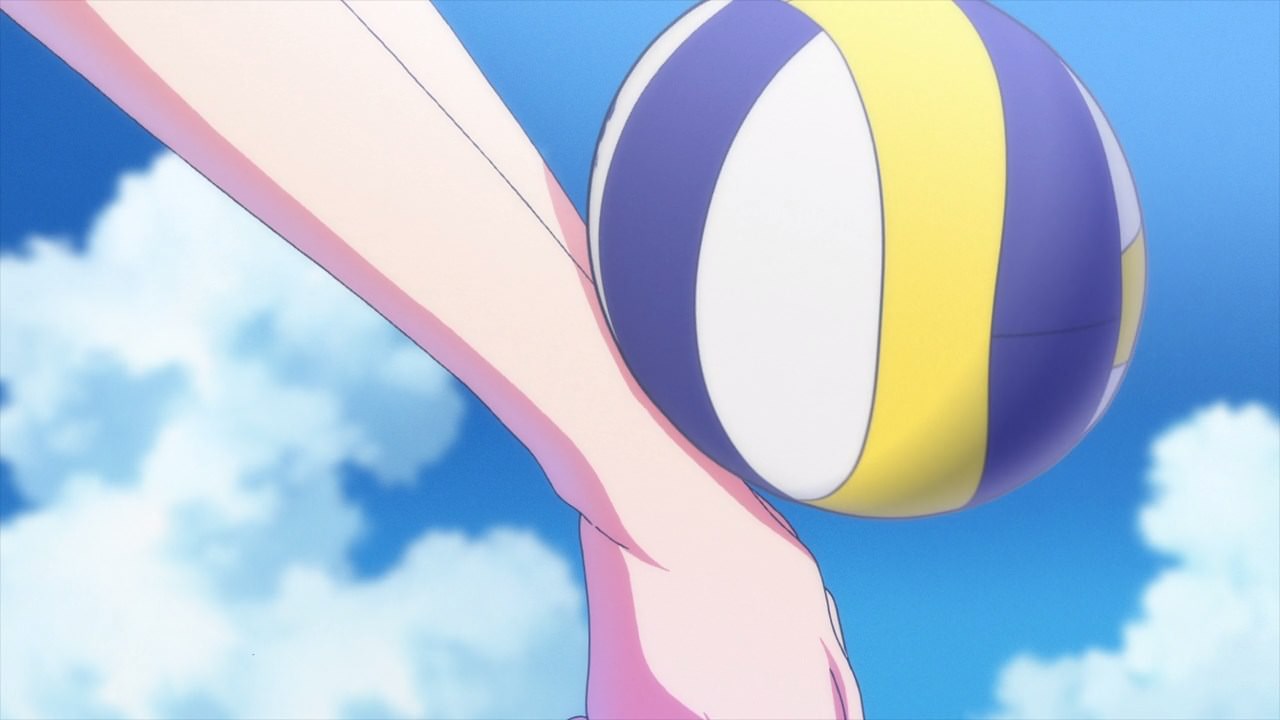 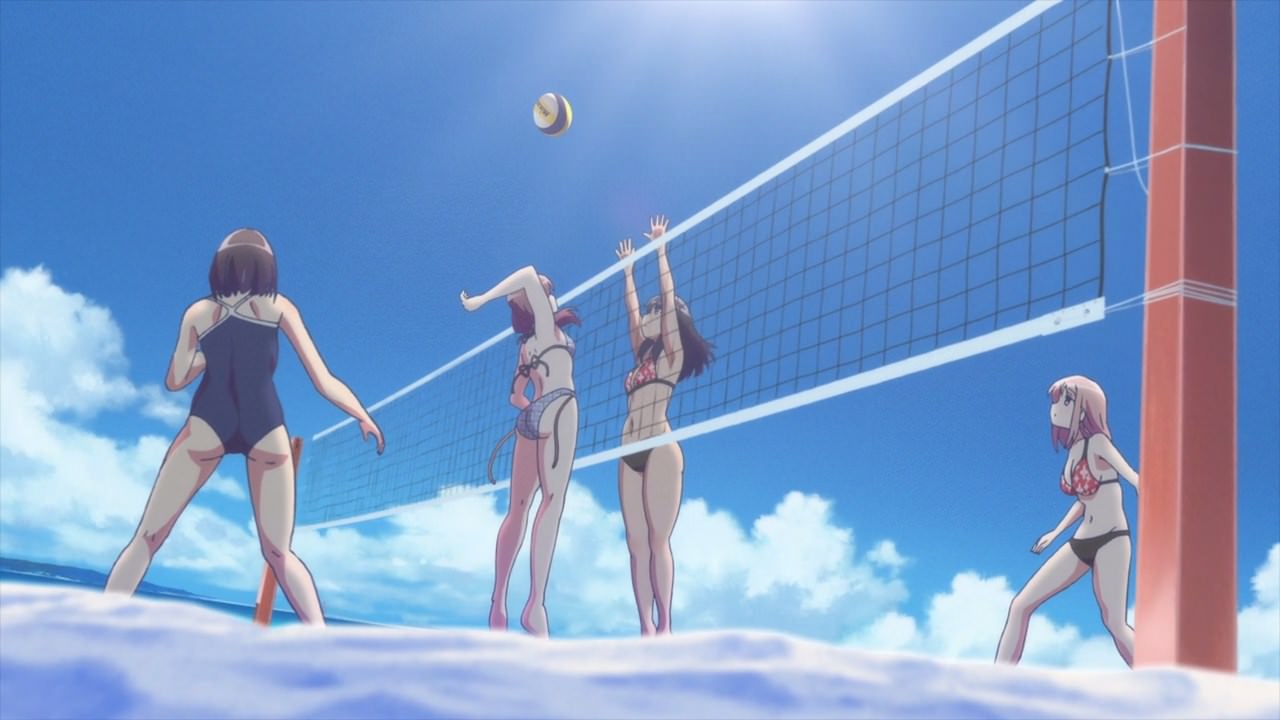 Speaking of Haruka, looks like she managed to spike the ball cleanly and she’s ready to put it over the net. 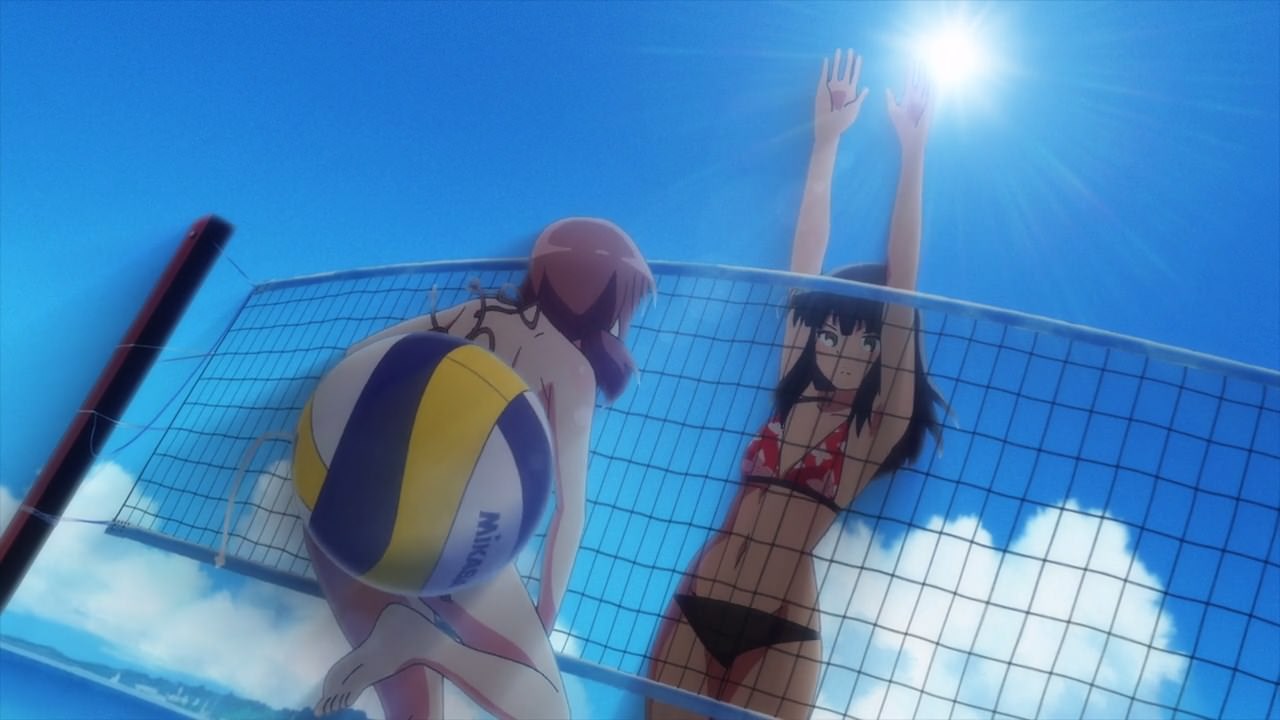 Unfortunately, Narumi-san proved to be the superior beach volleyball player as she slams the ball back towards the opposing field.

Well, seems that both Narumi Tooi and Ayasa Tachibana are quite strong and really, it’s not surprising since they’re the current champions. 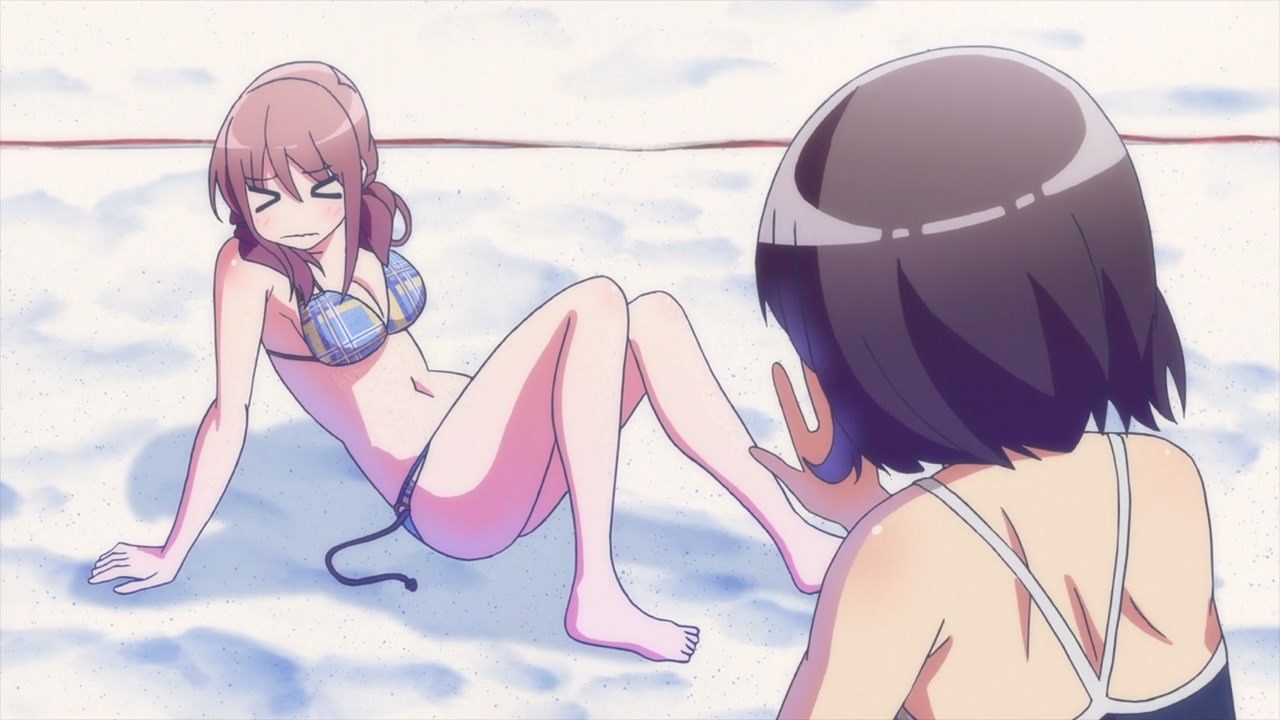 As for Haruka Oozora, seems that she’s having fun playing beach volleyball that she wants to play it seriously, although she landed in a bad way that her ass is split into two.

But hey, I’ve enjoyed watching Harukana Receive and really, I’m hoping that it becomes more interesting on the next episode as not only Haruka Oozora will train harder, but to explore Kanata Higa’s past and why she didn’t play beach volleyball seriously?

In any case, this show is good and I’ll see you next time!