Free! Dive to the Future Episode #01 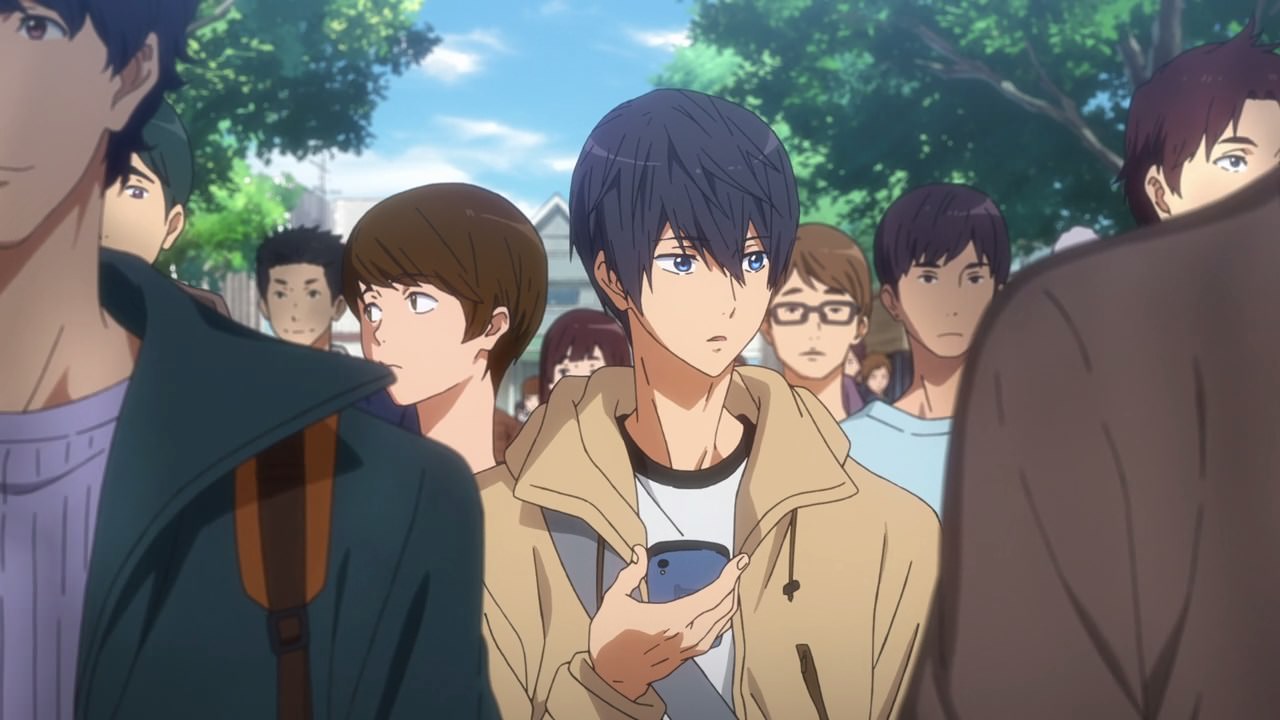 Hello everyone, it’s been 5 years since Kyoto Animation and Animation DO adapted a light novel about swimming with sexy boys. And you know what, it did work as Free! became one of KyoAni’s franchise in recent history.

Now that we arrived at the 3rd Season, most of the characters have moved onto separate ways but they still kept in touch sometimes. While Nagisa Hazuki and the rest of Iwatobi High School are spending their senior years, the likes of Makoto Tachibana and Haruka Nanase are starting their college life. 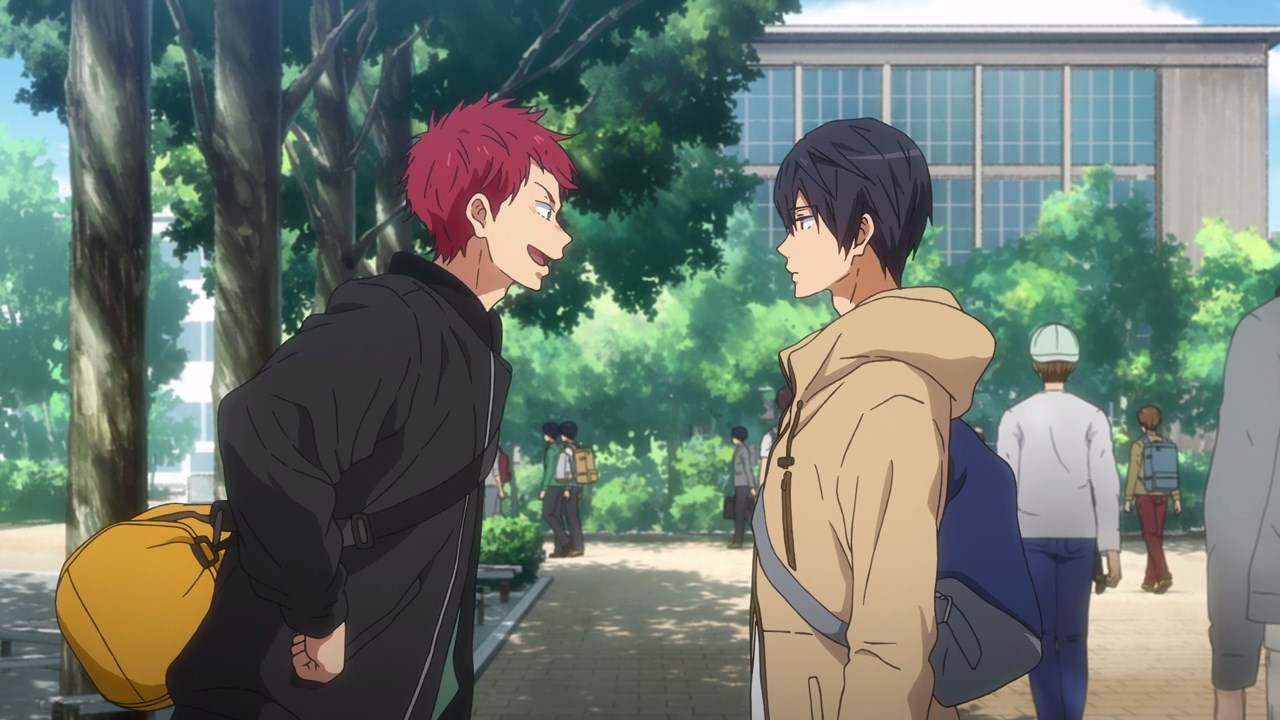 Anyways, Haruka Nanase is attending at Hidaka University as a scholar where he met his friend in middle school named Asahi Shiina. Asahi is so excited to see Haru-kun that he wants to challenge him since they’re both members of Hidaka University’s swimming club.

By the way, I feel that I need to watch the movies after this season. Oh yeah, seems that it’s not only Haruka Nanase who knows about Asahi Shiina, but also both Makoto Tachibana and Kisumi Shigino so they’re pretty much middle school buddies. Then again, Asahi isn’t just the only guy who came back to Haru-kun’s life. 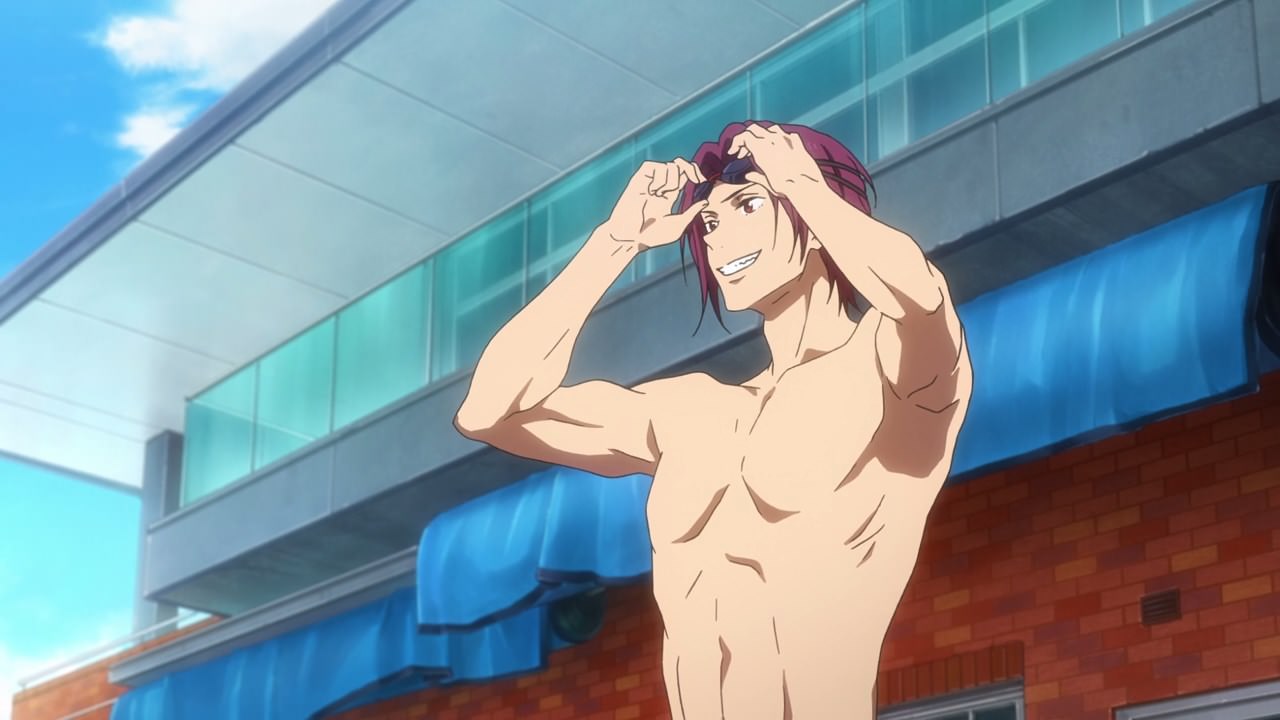 Also, here’s Rin Matsuoka as he’s still training in Australia. At this point, Rin is aiming to become a professional swimmer in the near future. 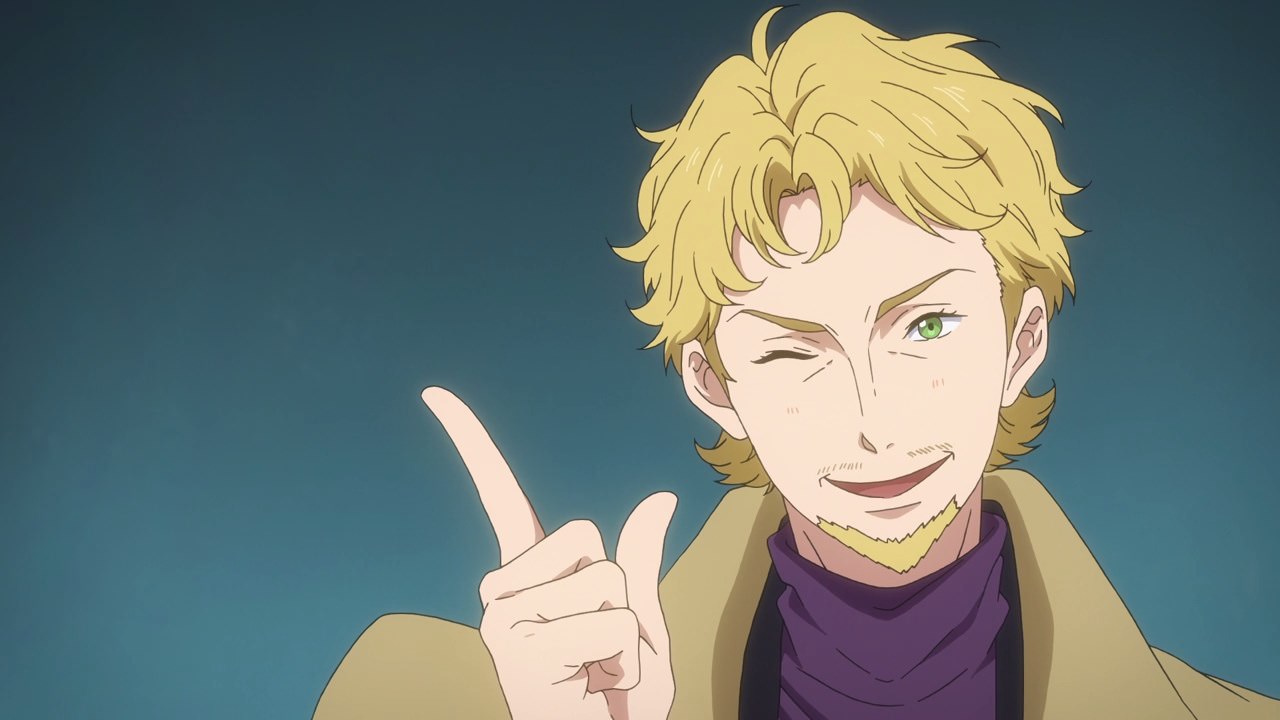 Fortunately for Rin Matsuoka, he’ll have a personal coach named Mikhail as this Japanese-speaking Russian might show him the ropes on how to be the best swimmer in the world. I hope so because Rin wants to beat Haruka with his own strength! 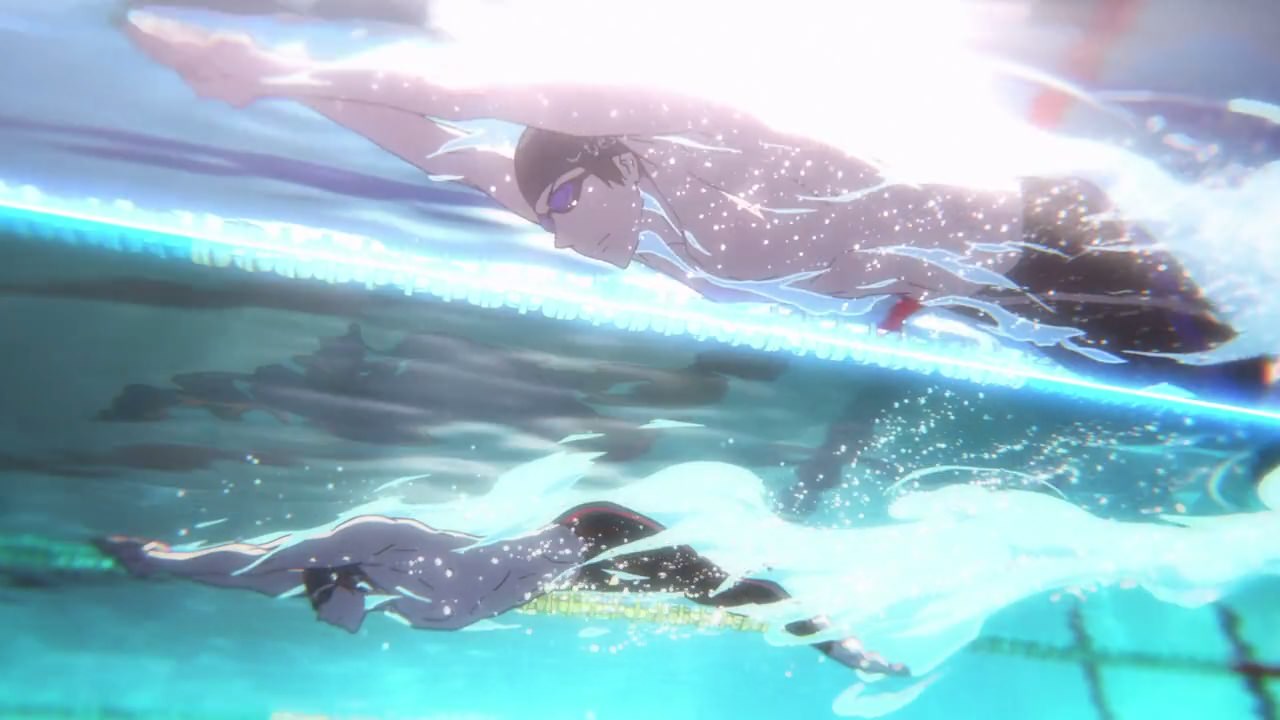 In any case, this is just a re-introduction to the cast as well as showing new ones because Haruka and his friends (except Nagisa and company) will not only face their new life in college, but also meet new rivals that’ll take him down.

Well then, it’s great to see this swimming anime return and I’m hoping for more on the next episode!

1 Response to Free! Dive to the Future Episode #01