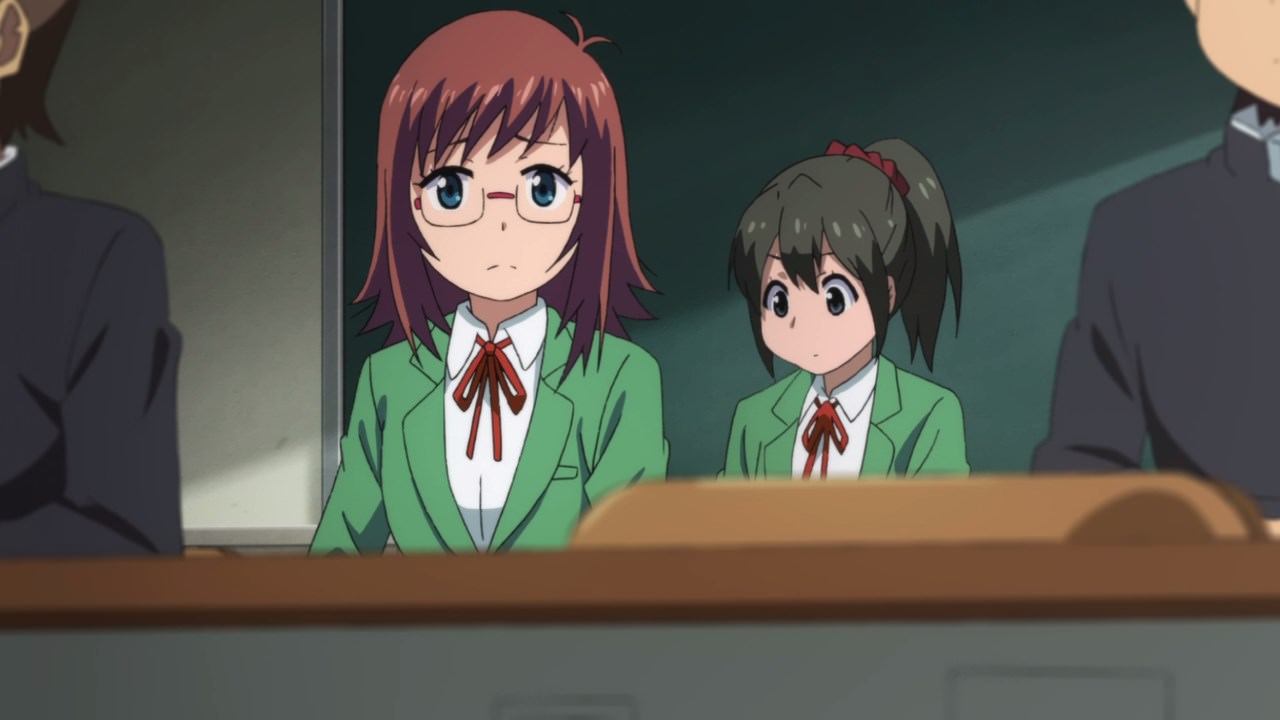 Hey everyone, here’s a new character introduced named Nozomi Takamagahara. Little does she know is that her classmate Souya Kuroi is fighting against people with superpowers. 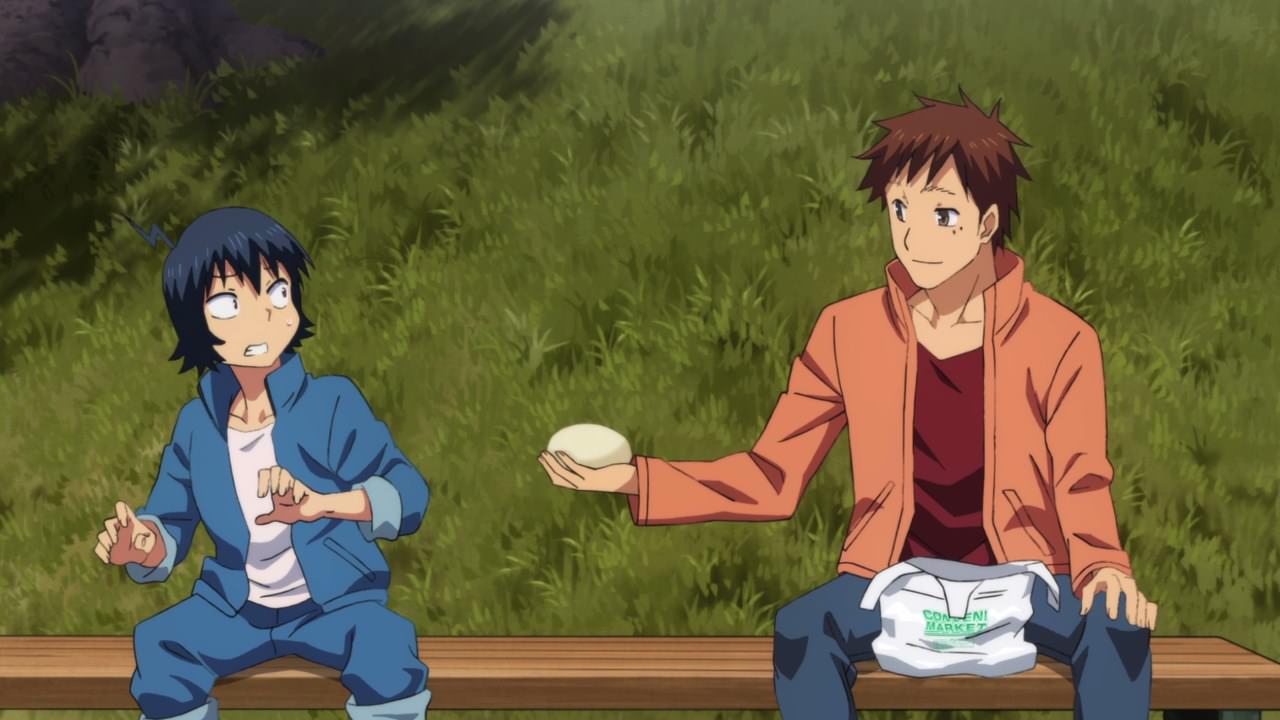 Speaking of Souya-kun, he’s ditching school at the moment where Kuroi met his former foe Hideo Torai, which he offered Souya something to eat.

Then again, what Souya is eating is actually bean buns, not meat buns. 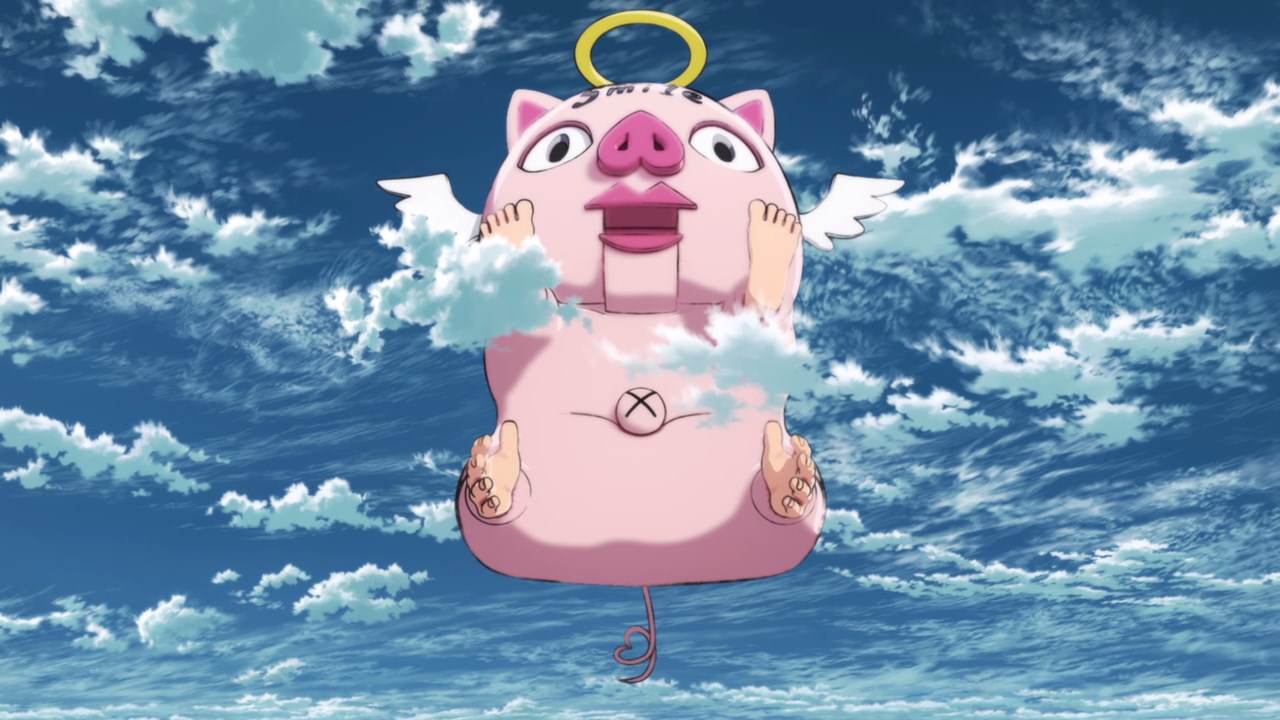 Of course, their quiet time was interrupted when another weird monster appeared. Seriously, what’s up with this monster design anyway?

Also, more plot has been revealed as it turns out that it was Nebula who created this chaos in the first place by having two factions fighting over the fate of all humanity. One wants to seal humanity so that they won’t evolve further, while the other wants to remove all superpowers from those humans so that they continue to live peacefully.

Oh and those weird monsters that appeared in two episodes so far? They’re not related to Nebula at all. Then again, it’s their fault for giving the likes of Torai and Inaba some superpowers, which includes summoning the show’s mecha called Photon Armor. 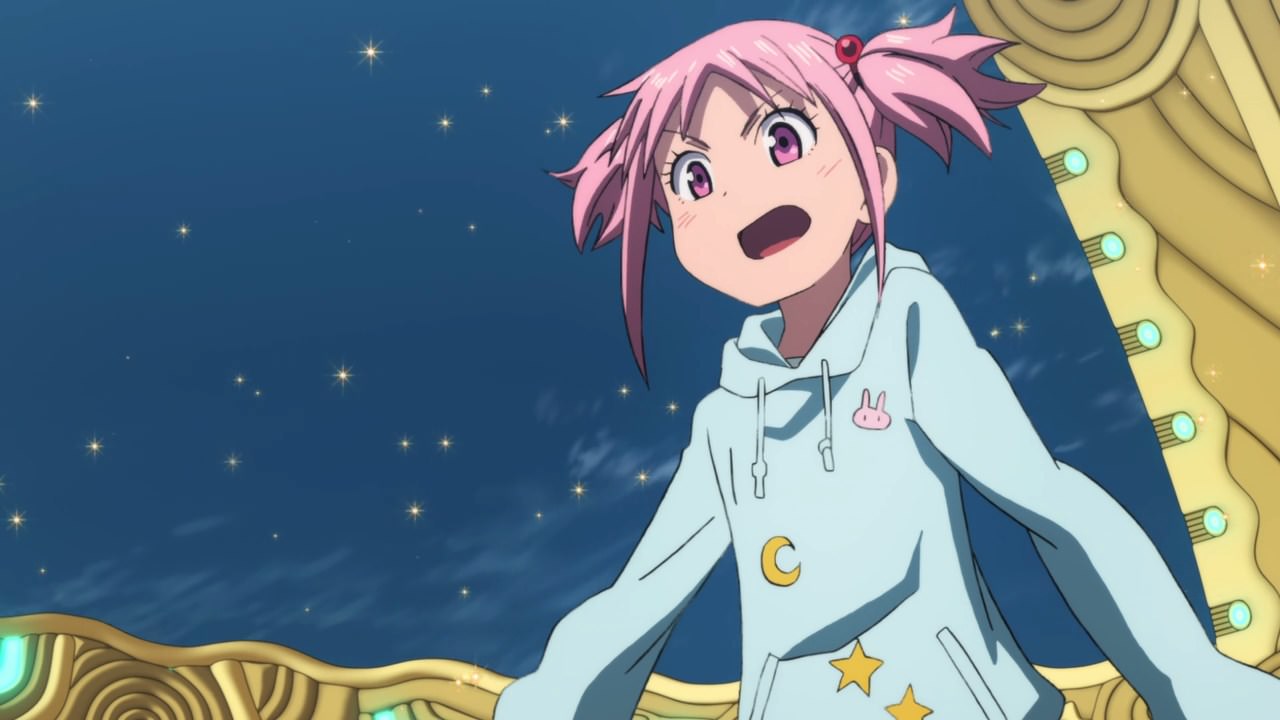 Fortunately, 6 super-powered individuals have arrived to stop this monster as Miu Inaba takes change because Miu claims that she’s the strongest. 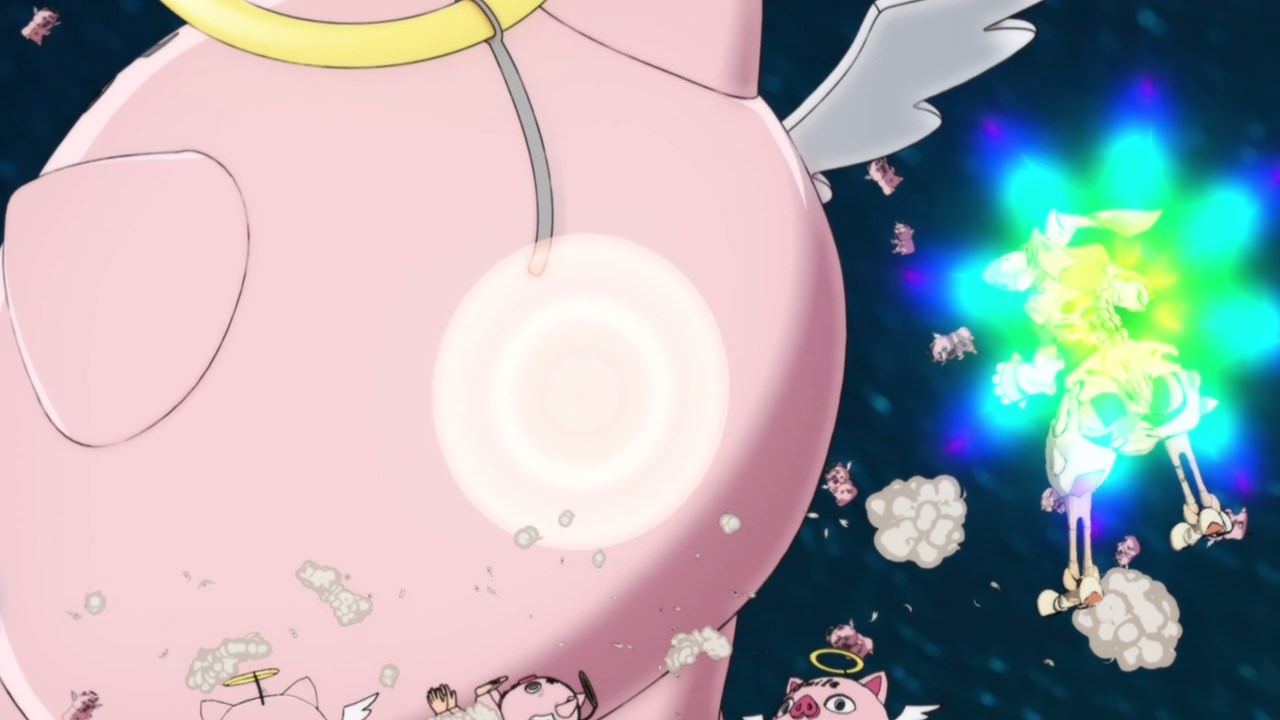 Anyways, Miu enters the monster’s body where she must destroy the core and saves the day! 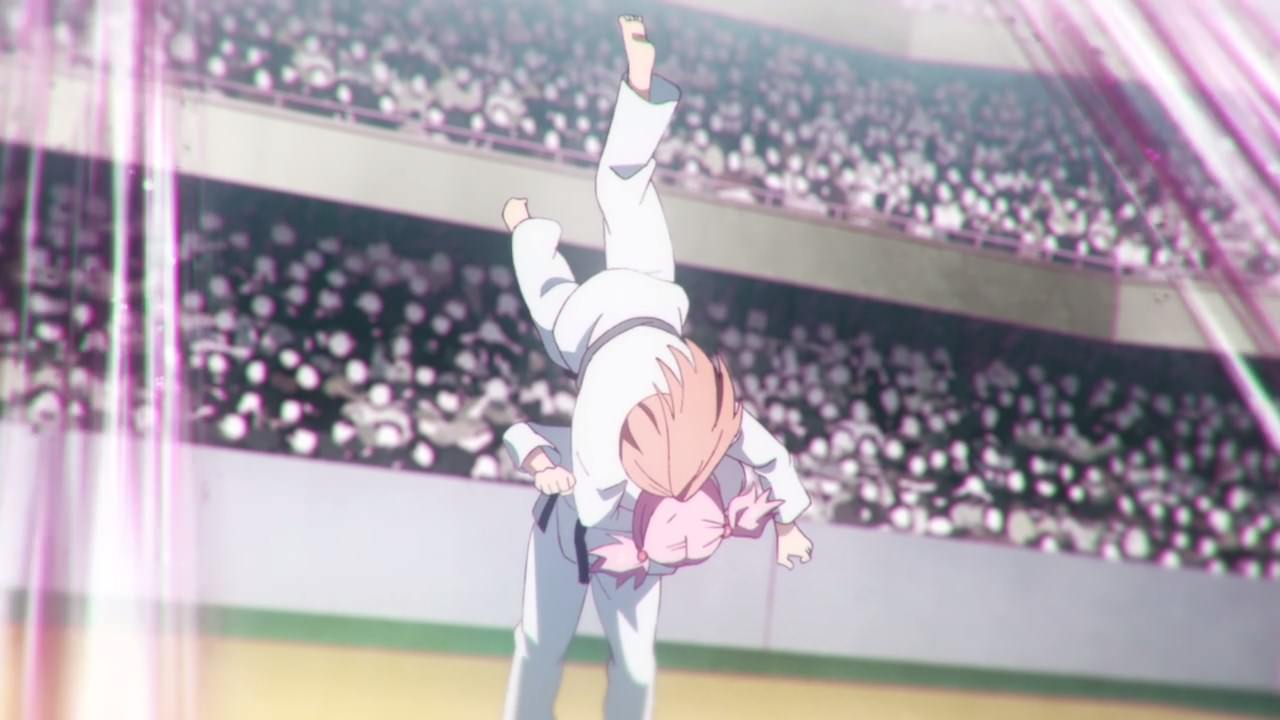 Of course, she needs to deal with some of her past. Not just Miu Inaba, but those who have superpowers where they need to confront their fears and doubts in order to defeat the enemy. 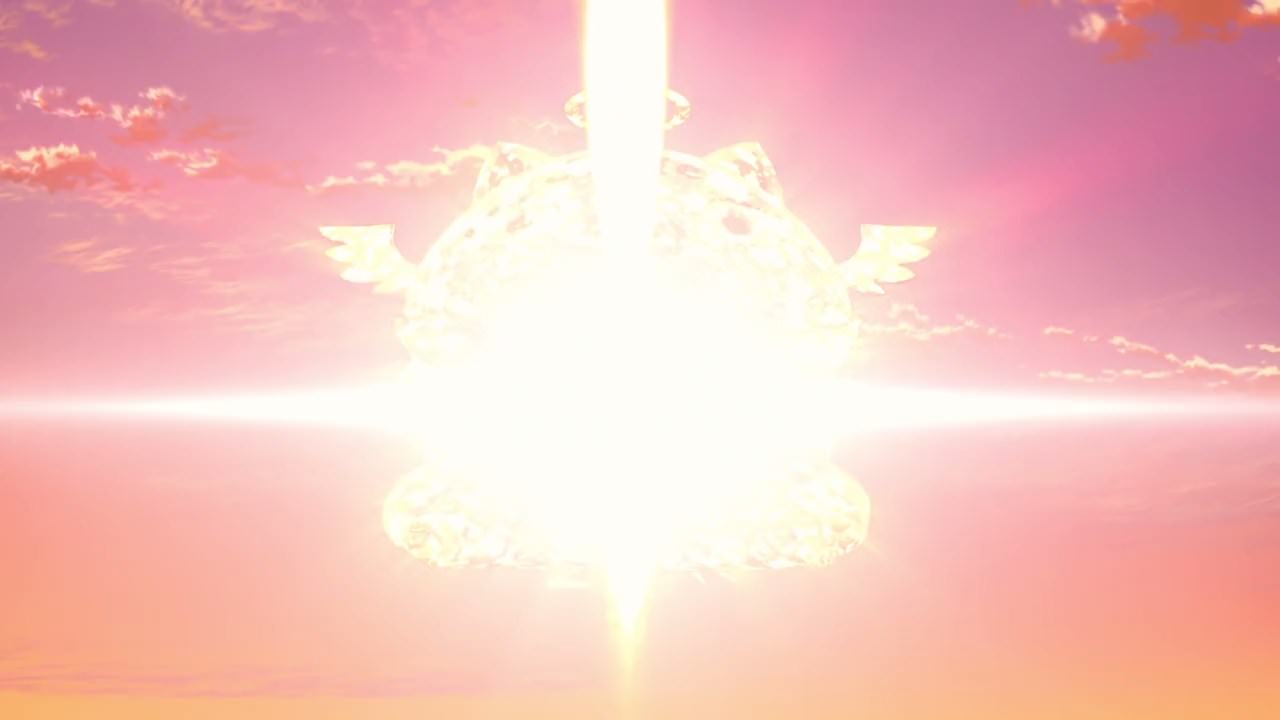 And with that, the monster is destroyed and the world is saved yet again. Still, it’s not yet over for Miu Inaba… 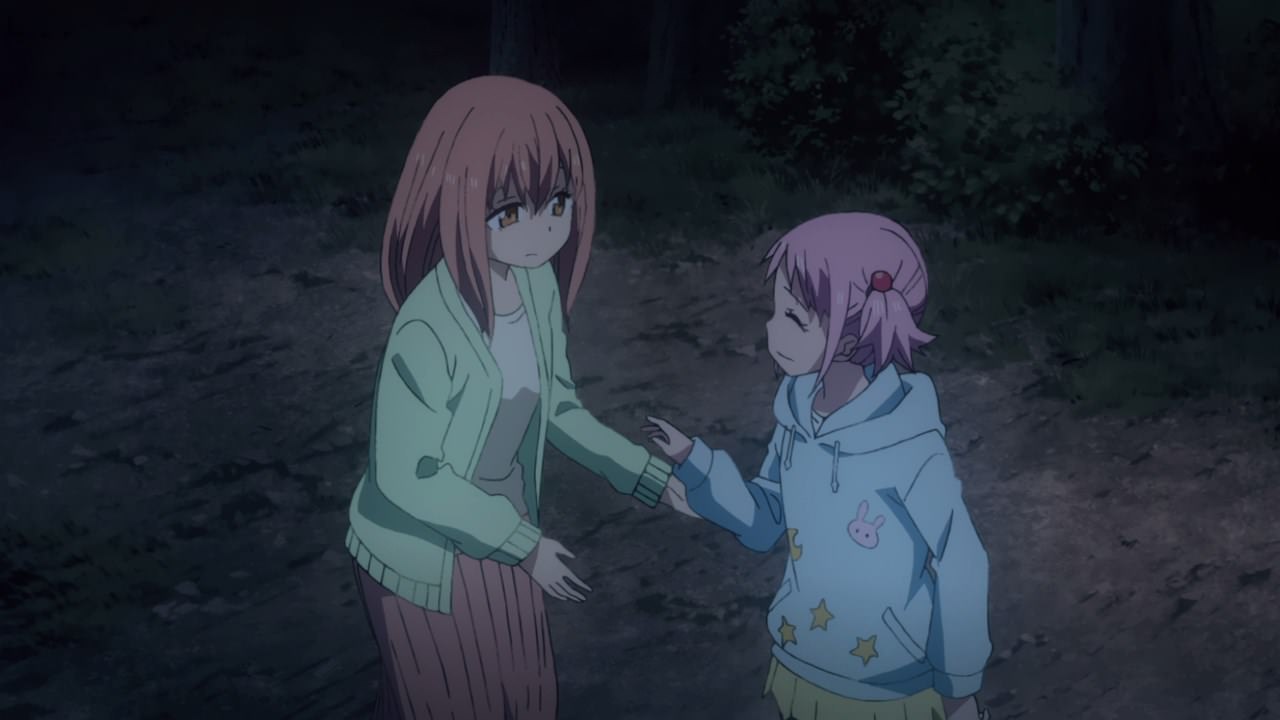 That’s because she needs to go home fast as Miu is being accompanied by Harumi Kumashiro. I mean, it’s dangerous to stay up late, especially when someone tries to ambush them. 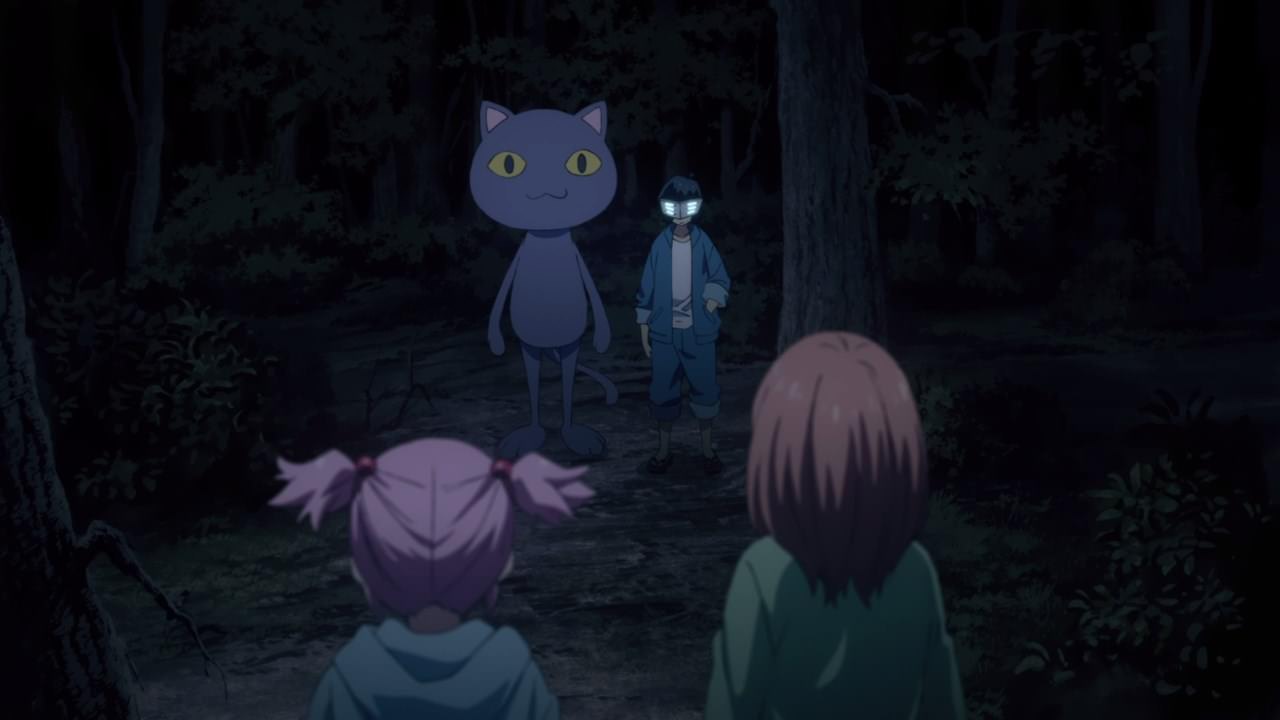 Too late for that as Souya Kuroi and Sensei has arrived to steal their powers. Turns out that Souya-kun and his two companions are from the Pacifist Faction. 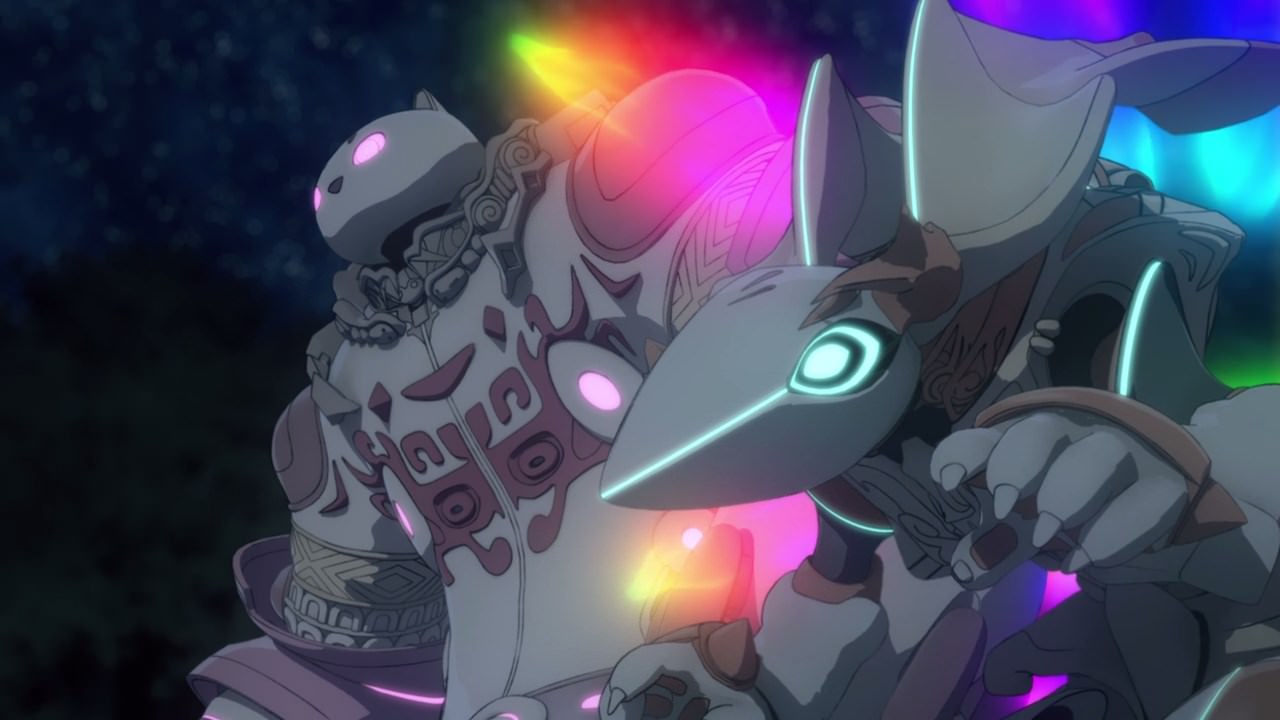 In any case, looks like Miu and Harumi will have to take Souya down by themselves and run away! After all, they have an advantage against him when it comes to their numbers. 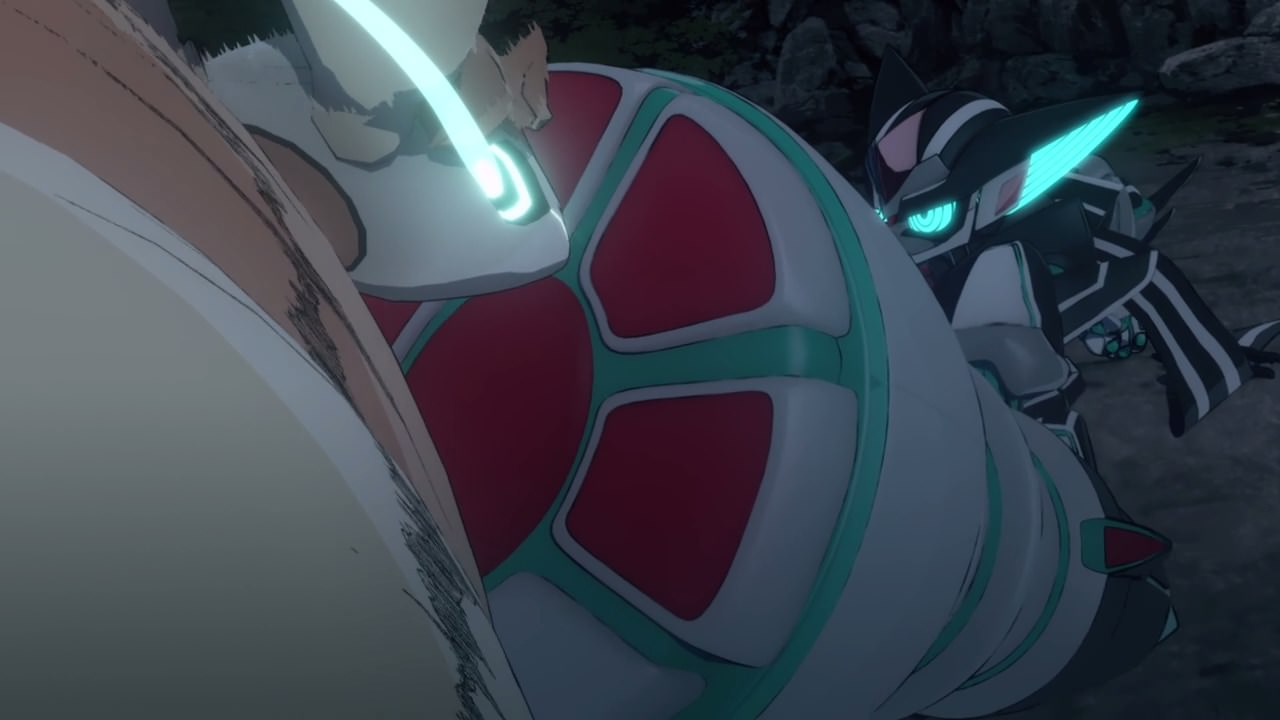 However, strength in numbers means nothing as Kuroi landed a Cat-Upper onto Miu’s Photon Armor… 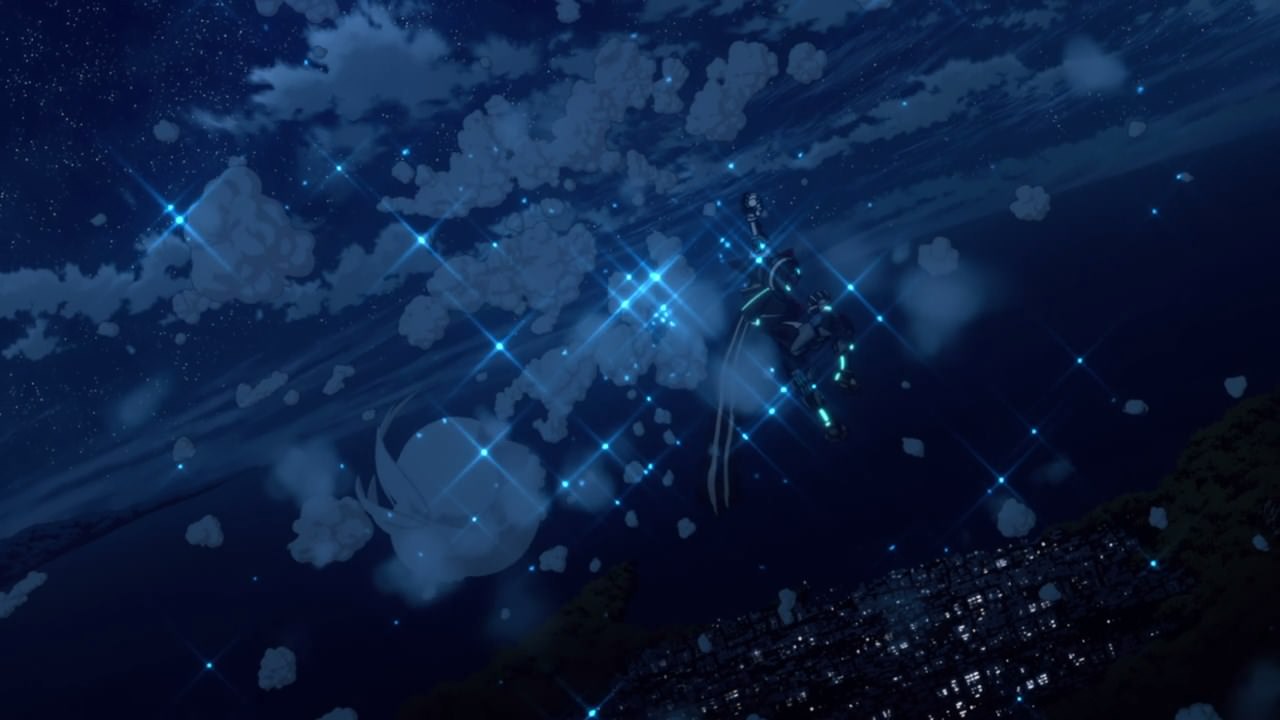 …until it’s been reduced into a pile of cotton balls. Looks like Miu Inaba is not the strongest after all! 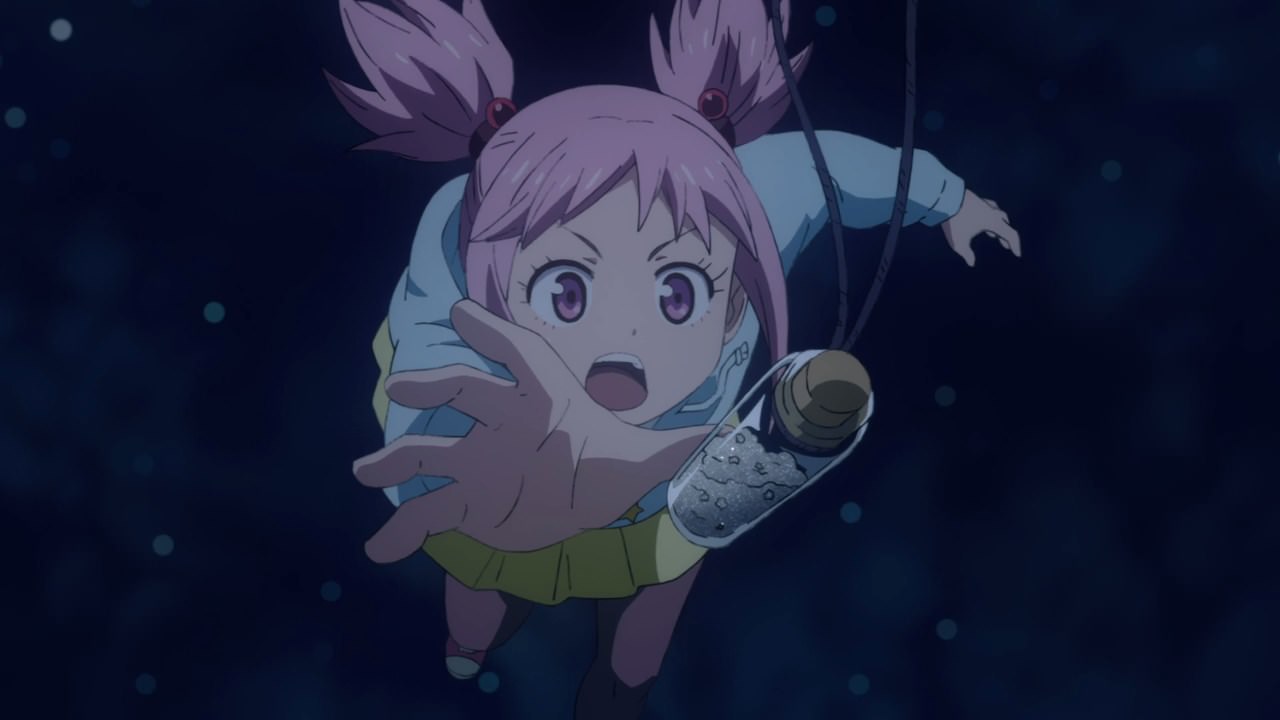 Of course, Miu needs to get her bottle that contained superpowers ’cause if she lost it, Miu Inaba’s powers are no more and she’s gonna fall to her death! 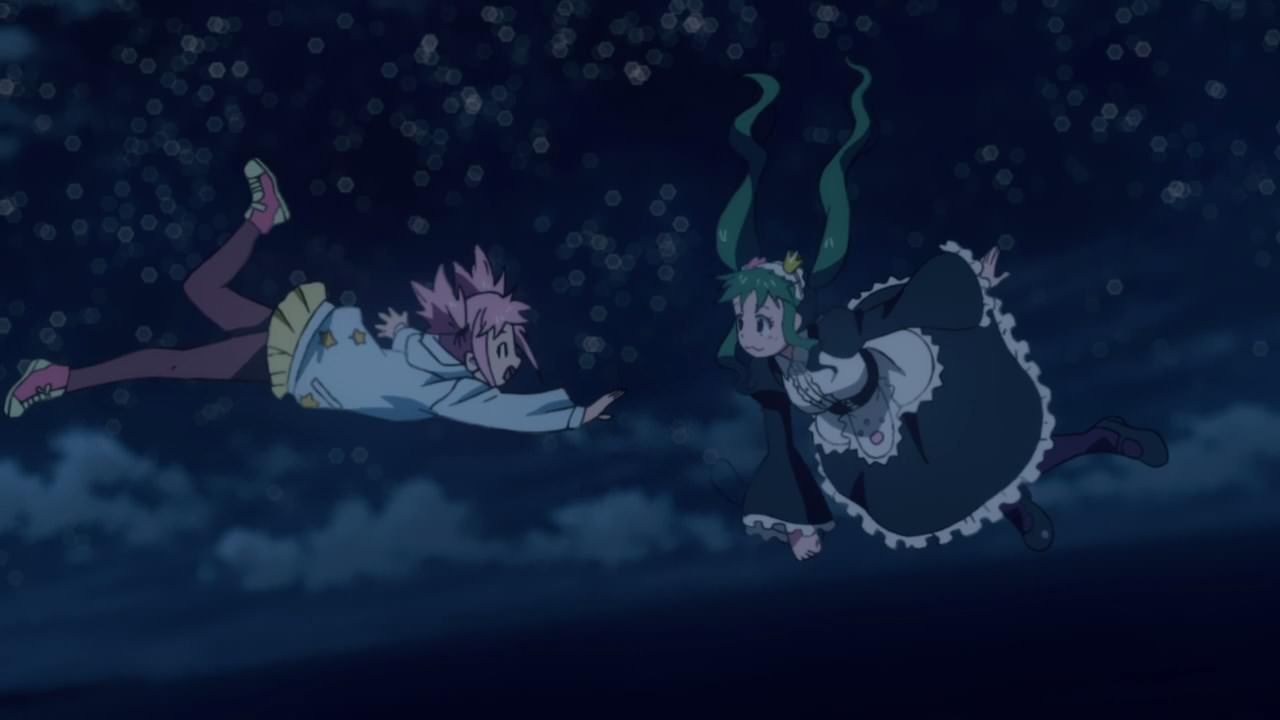 Unfortunately, the bottle was stolen by Ginko Kuroi so that makes two of them in Souya’s possession. 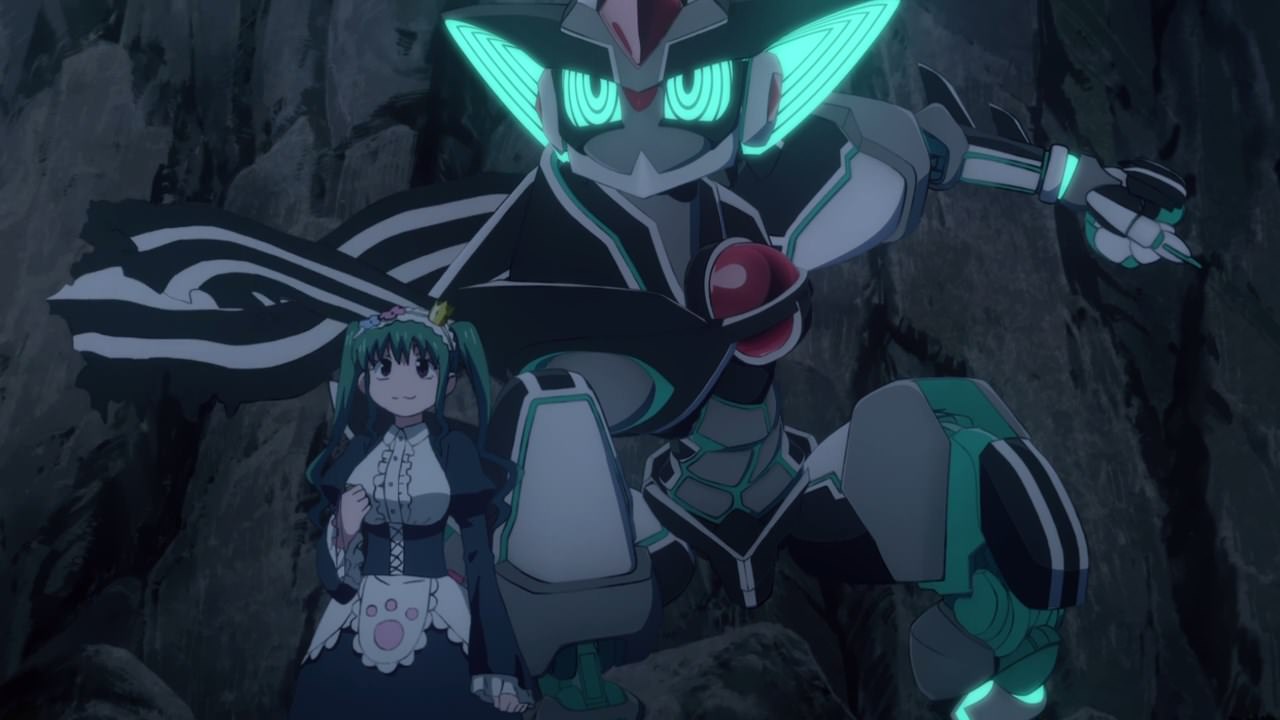 Well, looks like Ginko’s job is done as she told Souya-kun to retreat. However, Souya wants to keep the streak going as he wants to get Harumi Kumashiro’s powers too.

Um Souya Kuroi, I think you should take Ginko’s advice ’cause Miu and Harumi’s teammates will arrive at any second! 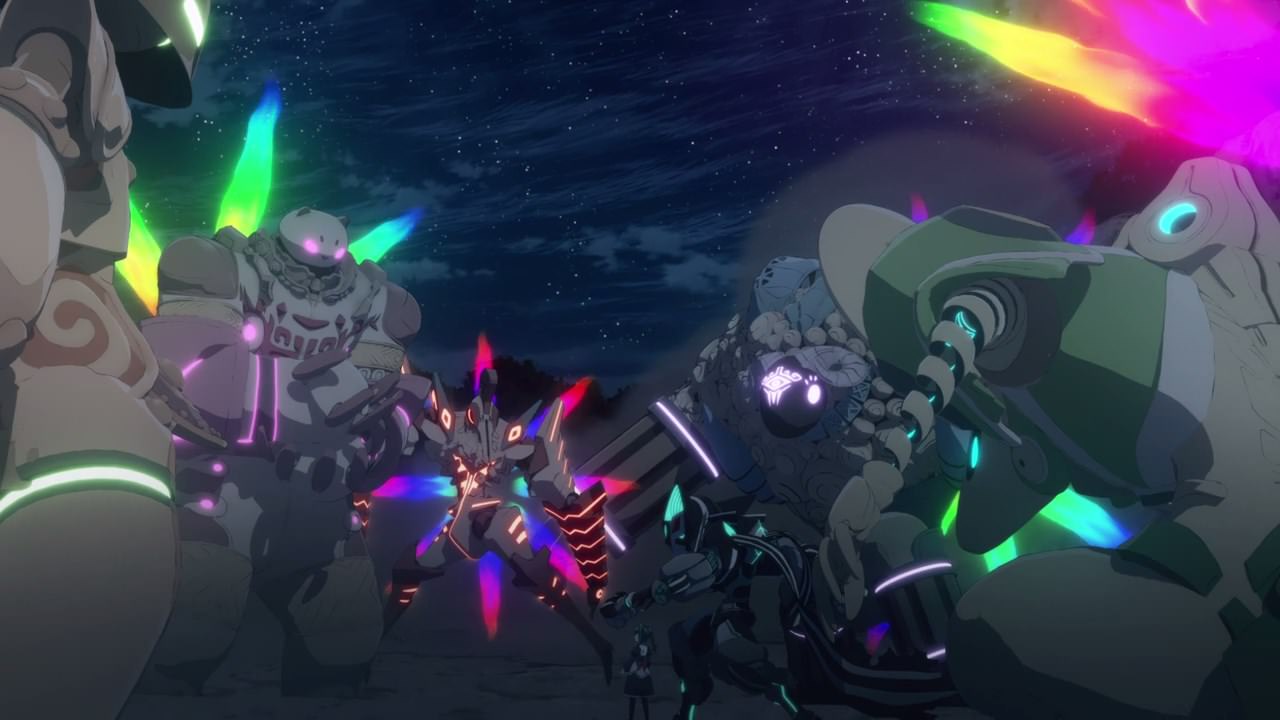 Too late for that though as Souya and Ginko are surrounded by Miu and Harumi’s teammates. They should left the scene a while ago. 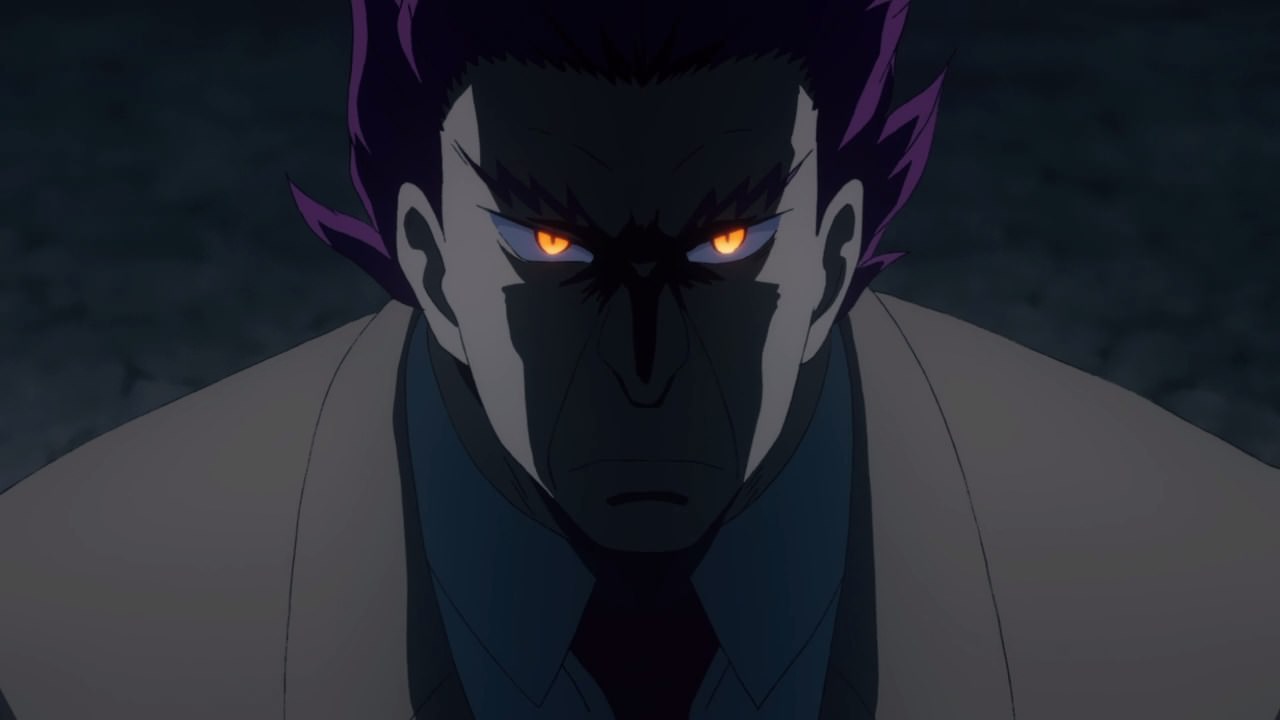 Oh, and that guy who looks like Gouki/Akuma is here, now known as Takashi Ryuzouji. Seems that Souya-kun is in deep trouble!

So, what’s gonna happen to Souya Kuroi now that he’s trapped between a rock and a hard place? We’ll find that out next time, but then again I feel that Takashi and his squad of superhumans won’t go easy on him!