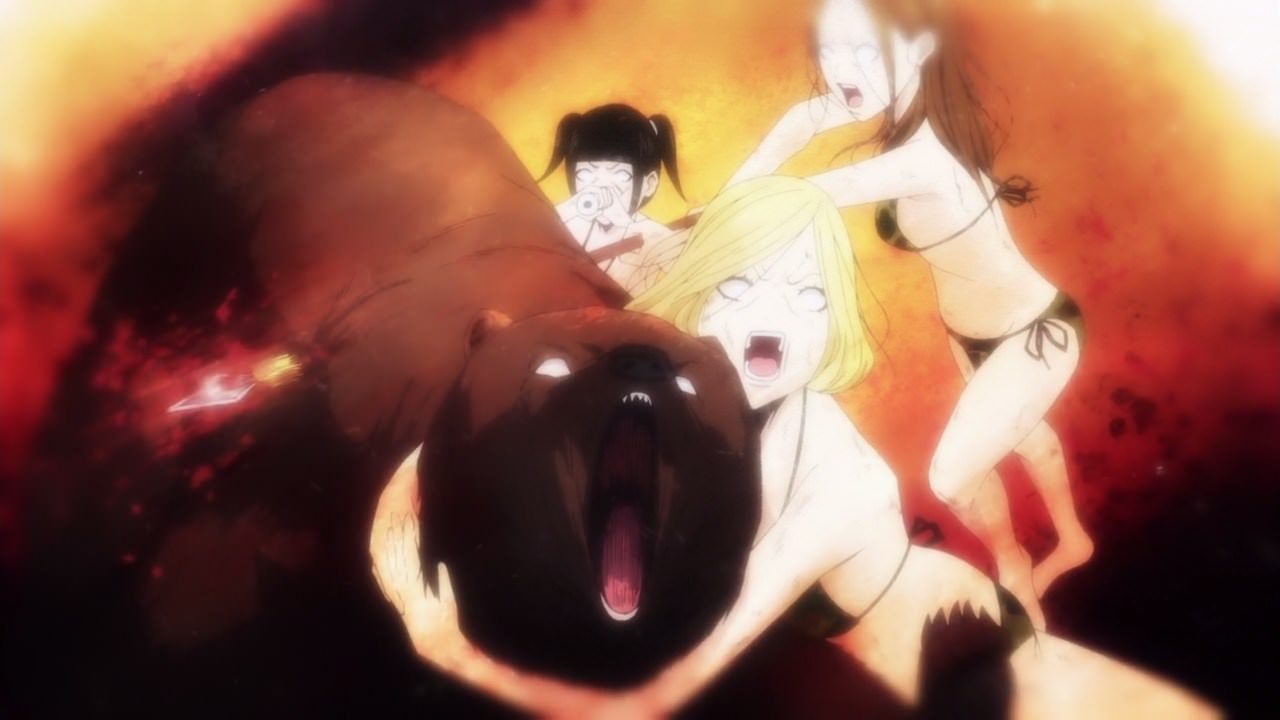 Here is the Goku Dolls as they show you their training regimen. Well, it’s more akin to survival training as Inugane trained Airi, Mari, and Chika to become the formidable idols that they can give him lots of money! 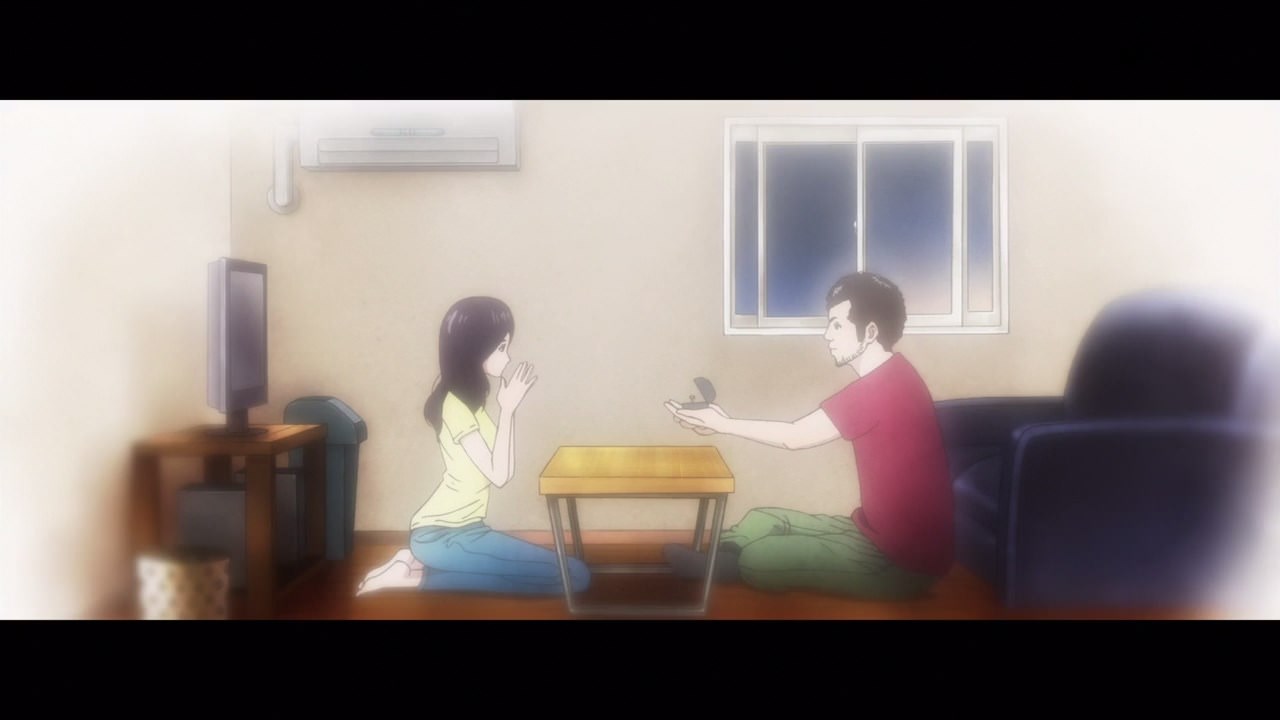 Now then, let’s move onto Episode 4 where we start things off with Kazuhiko Sugihara proposing to his girlfriend. That was a year ago… 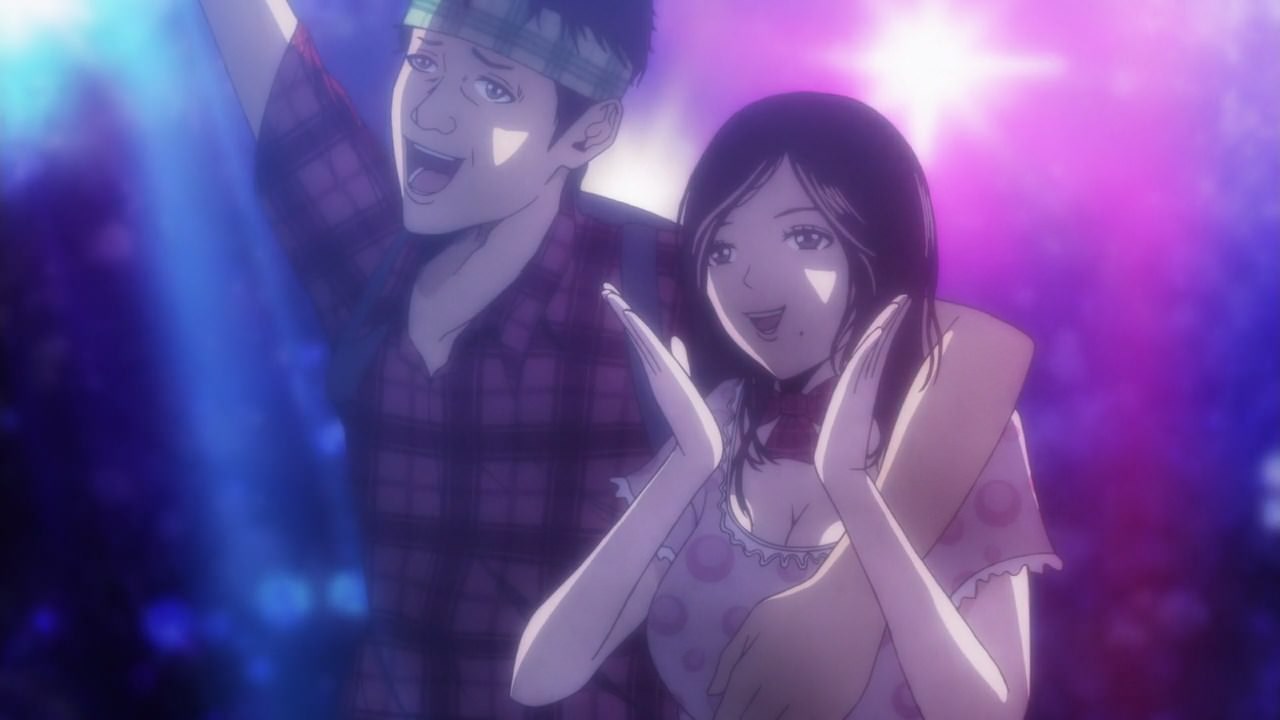 But now, Kazuhiko’s girlfriend got a new man and wow, did she got some new breast implants there? 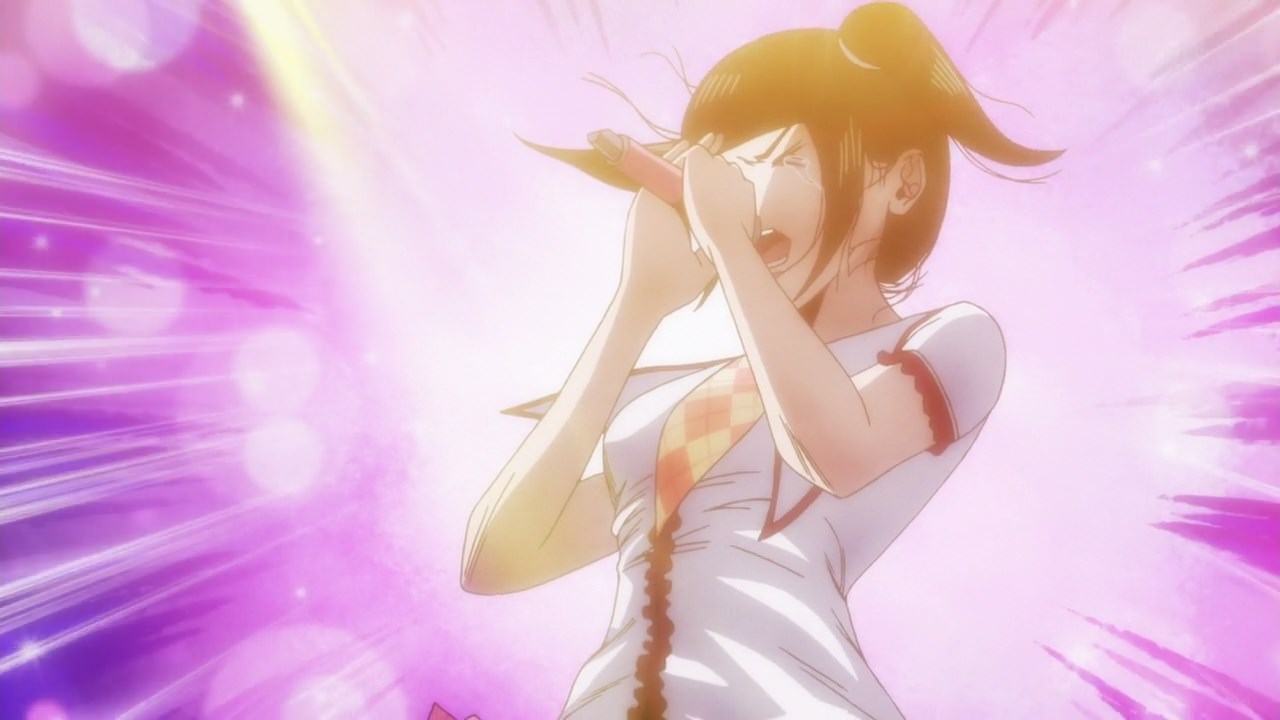 Whatever the case, Kazuhiko, now Chika Sugihara, got ballistic as she cried foul over her former girlfriend… through idol songs!

Honestly, I think Kazuhiko should explain to his girlfriend about his new appearance, but it’s too late now. Also, Inugane will have a word for Kaz- I mean Chika-chan. 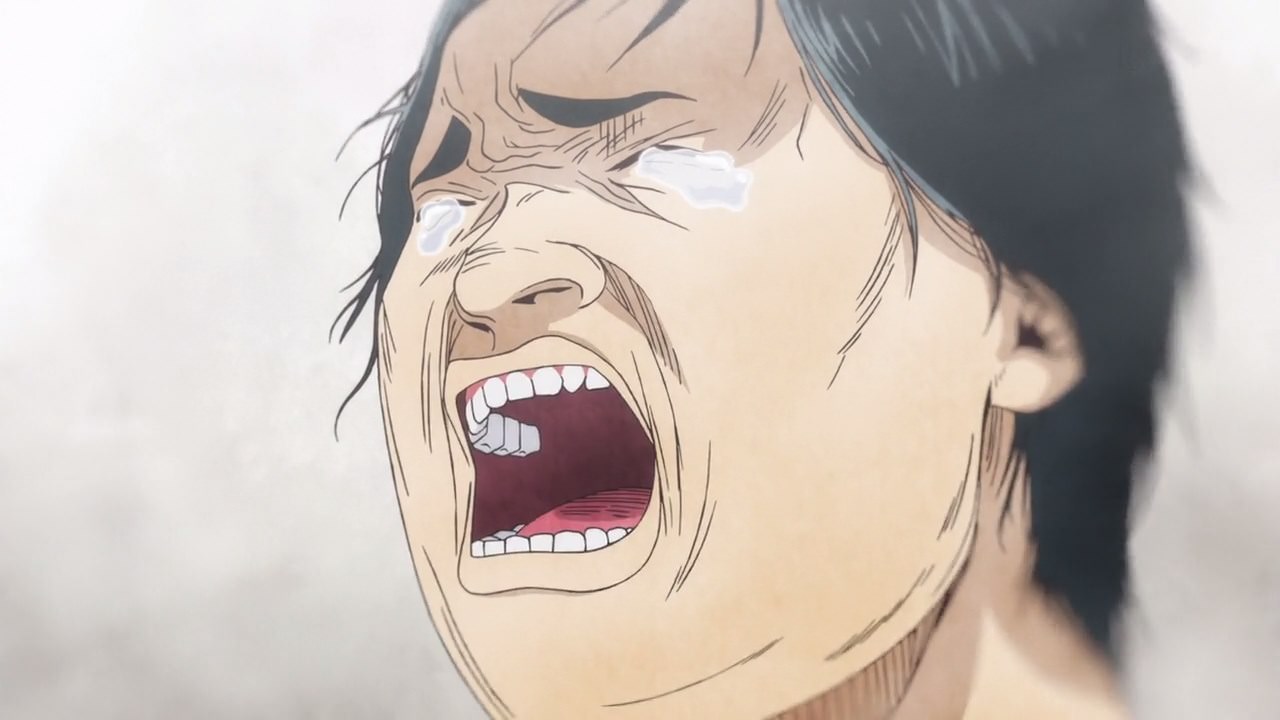 On the other hand, we have another case of obsessive idol fans that I’ll feel sorry for them.

Take Hiroshi for example as he’s a fan of Goku Dolls since the day they’re formed. 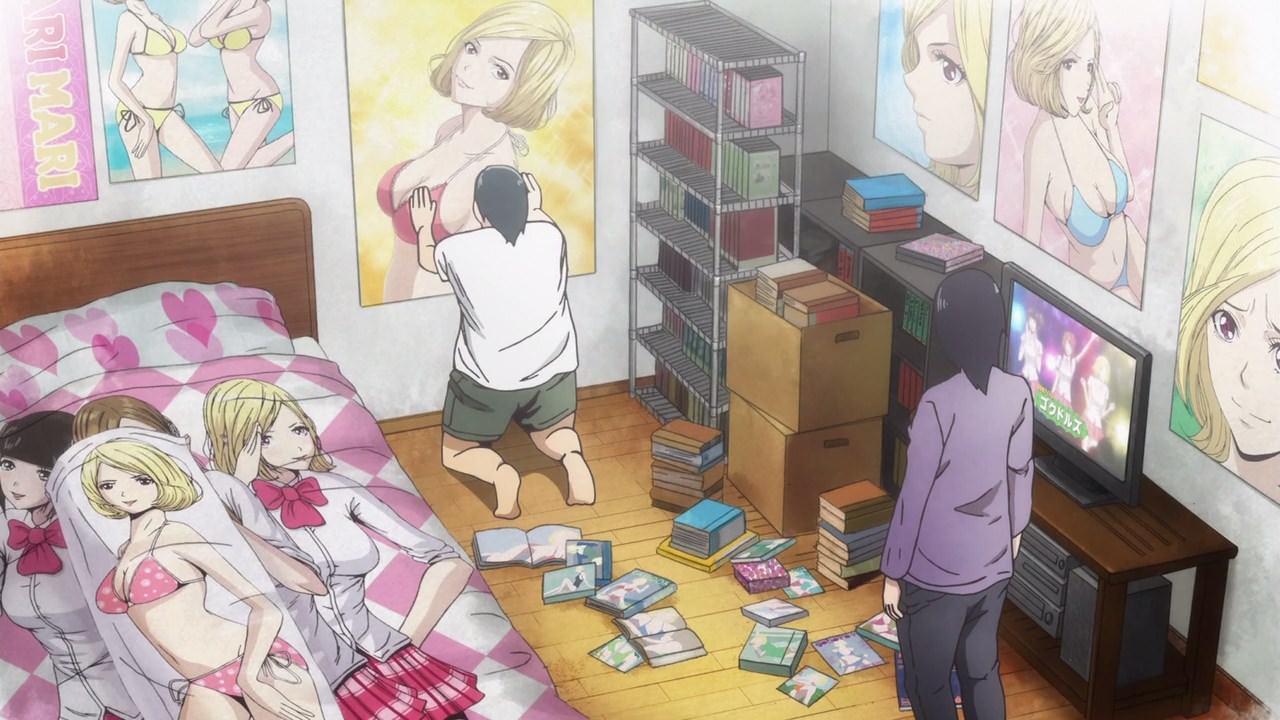 Well, the truth is that he’s only obsessed with one member of the Goku Dolls, Mari Tachibana. Seriously, his life revolves around Mari-chan that he needs some help! 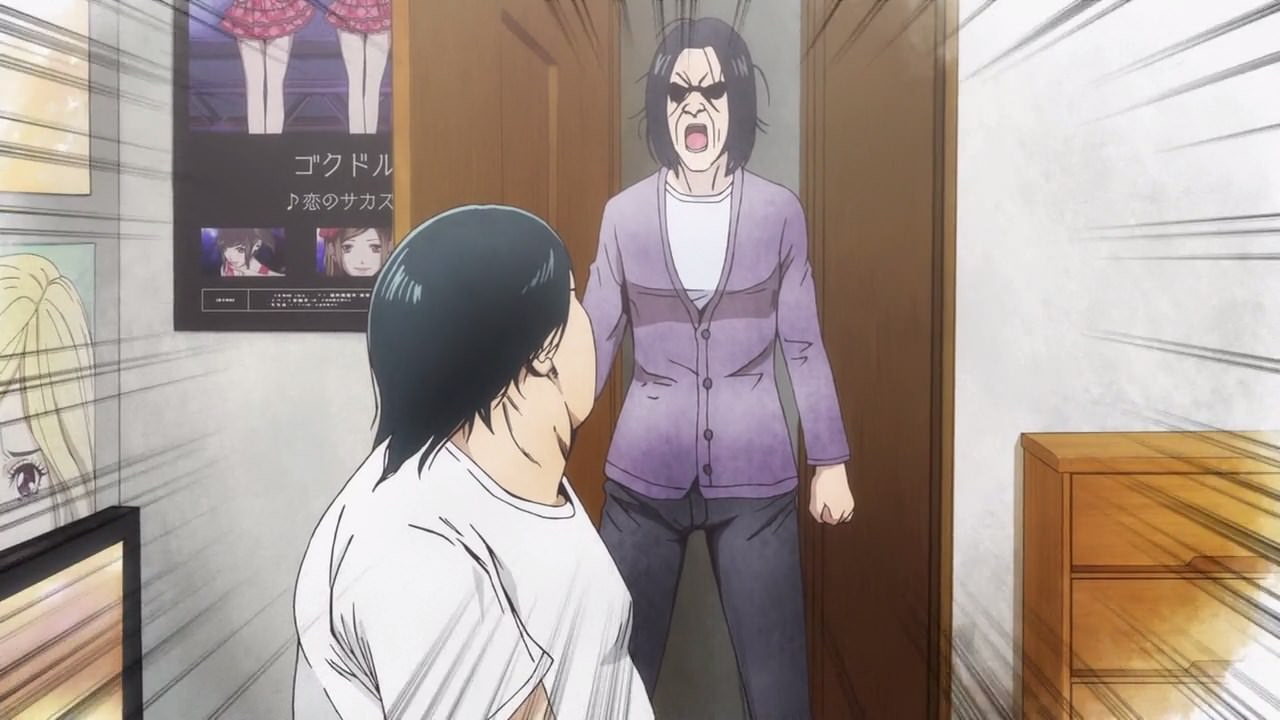 Hell, even Hiroshi’s mother told him to stop acting like an eternal idol fan and get a job! Then again, it’s hard to convince him.

In any case, seems that Hiroshi is a lost cause and his mother blamed the Goku Dolls for that. 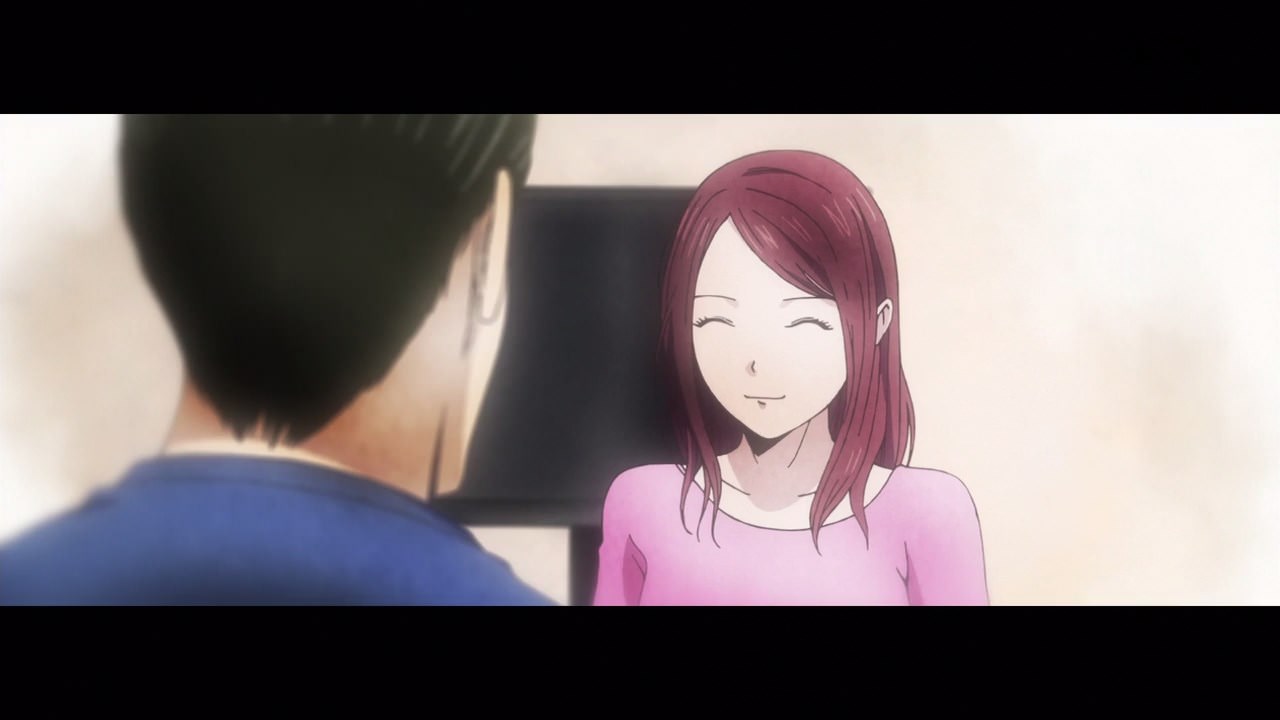 Also, here’s another backstory courtesy of Ryu Tachibana where his girlfriend Miyuki is so caring that she baked a cheesecake for him.

Problem is that Ryu hates sweets which is why Miyuki left him. 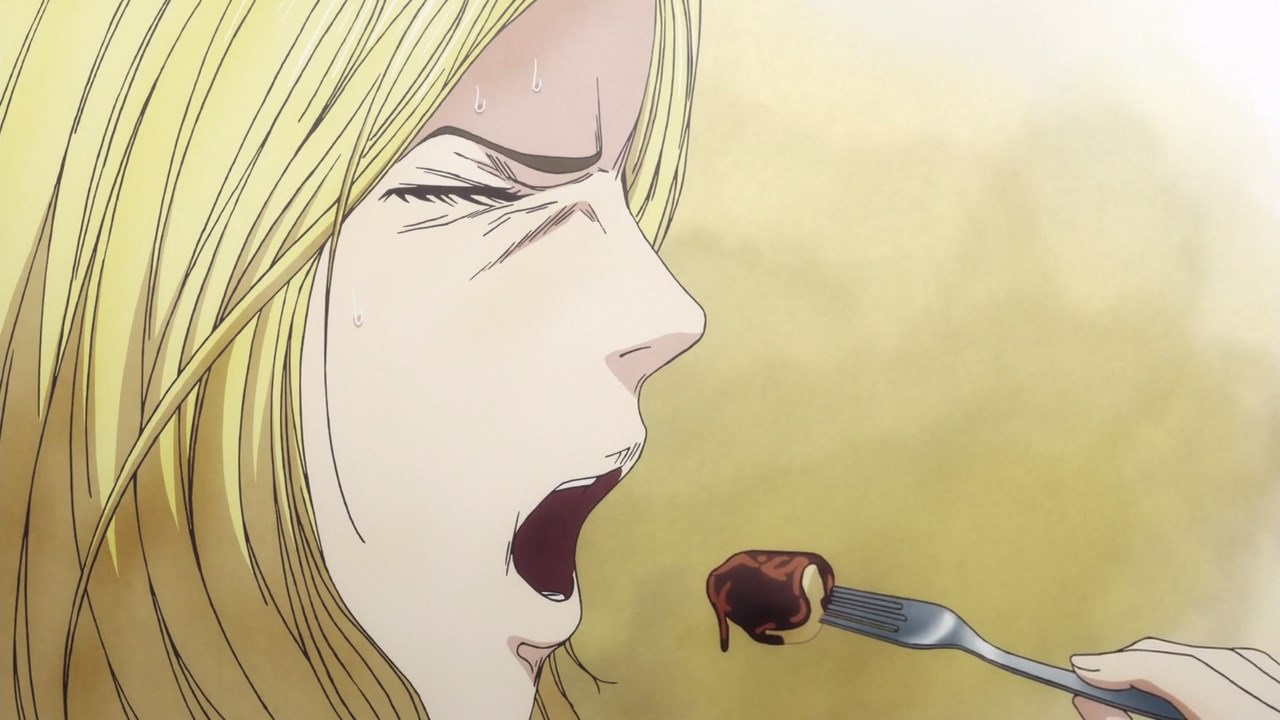 So when Ryu became Mari, she’s having a deja vu moment when she’ll have to eat a cheesecake. Oh, and I forgot to tell you that it’ll be shown in television so it makes Mari’s job very difficult! 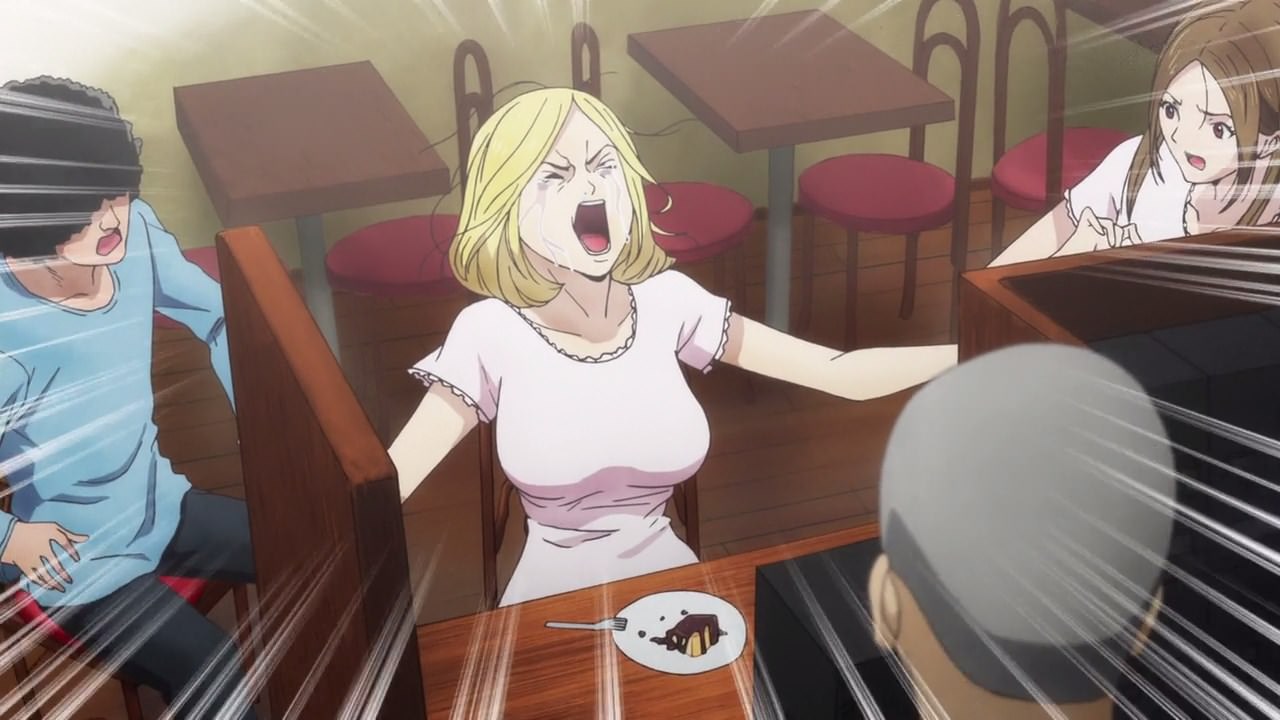 In any case, Mari Tachibana ate a piece of cheesecake, her palate got so numb that she’s spewing sentences about her apology towards Miyuki.

Um Ryu- I mean Mari, I’m glad that you managed to eat sweets but Miyuki got another boyfriend now. Also, turns out that this restaurant went bankrupt afterwards and the owner blamed the Goku Dolls for its closure. 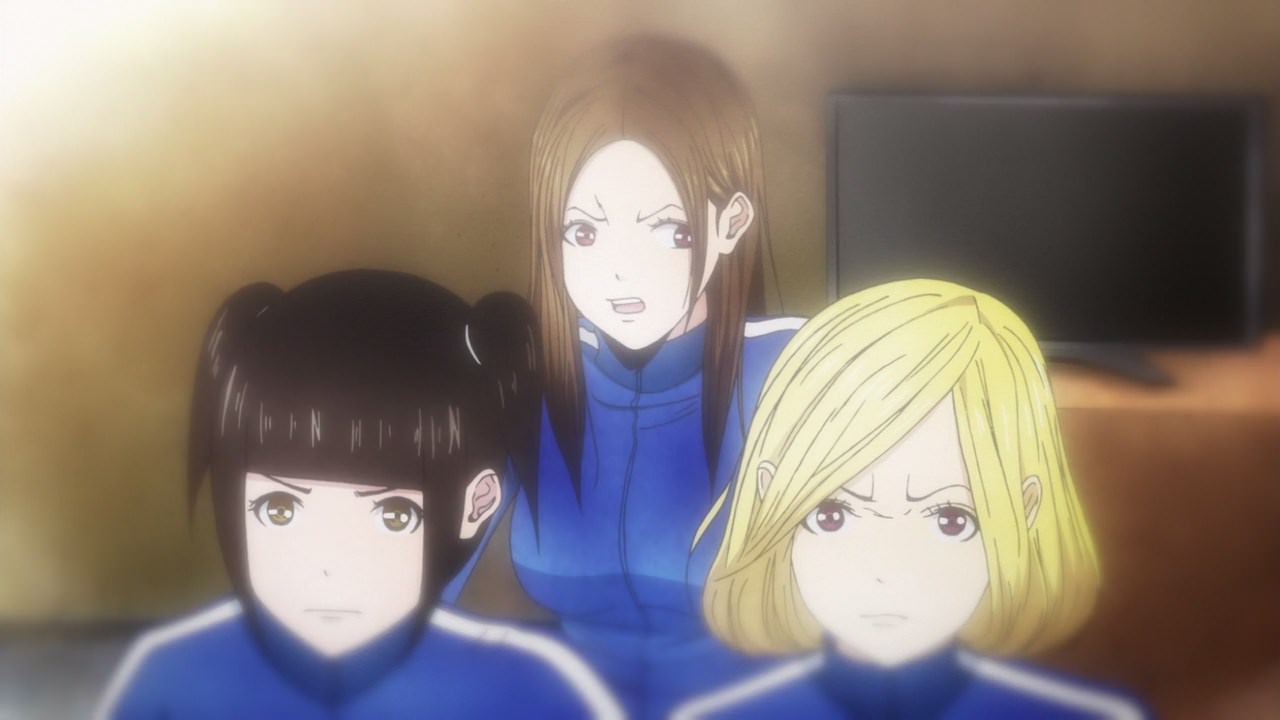 Finally, let’s end this episode as both Chika and Mari are here to defend Airi Yamamoto from a creep within Inugane’s yakuza group. 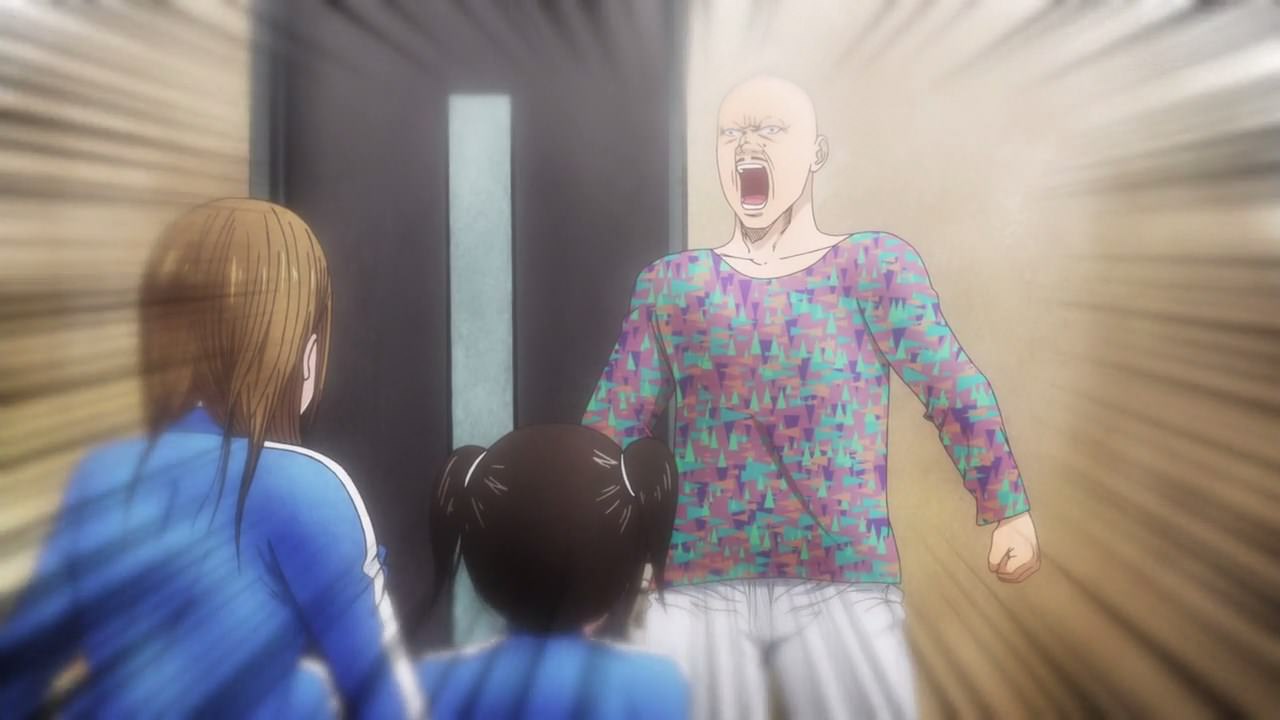 This is Iwamura as he has the privilege of being one of the producers, which means that he can grope Airi’s breasts whenever he wants.

Not on both Chika Sugihara and Mari Tachibana as they’ll defend Airi Yamamoto no matter what. 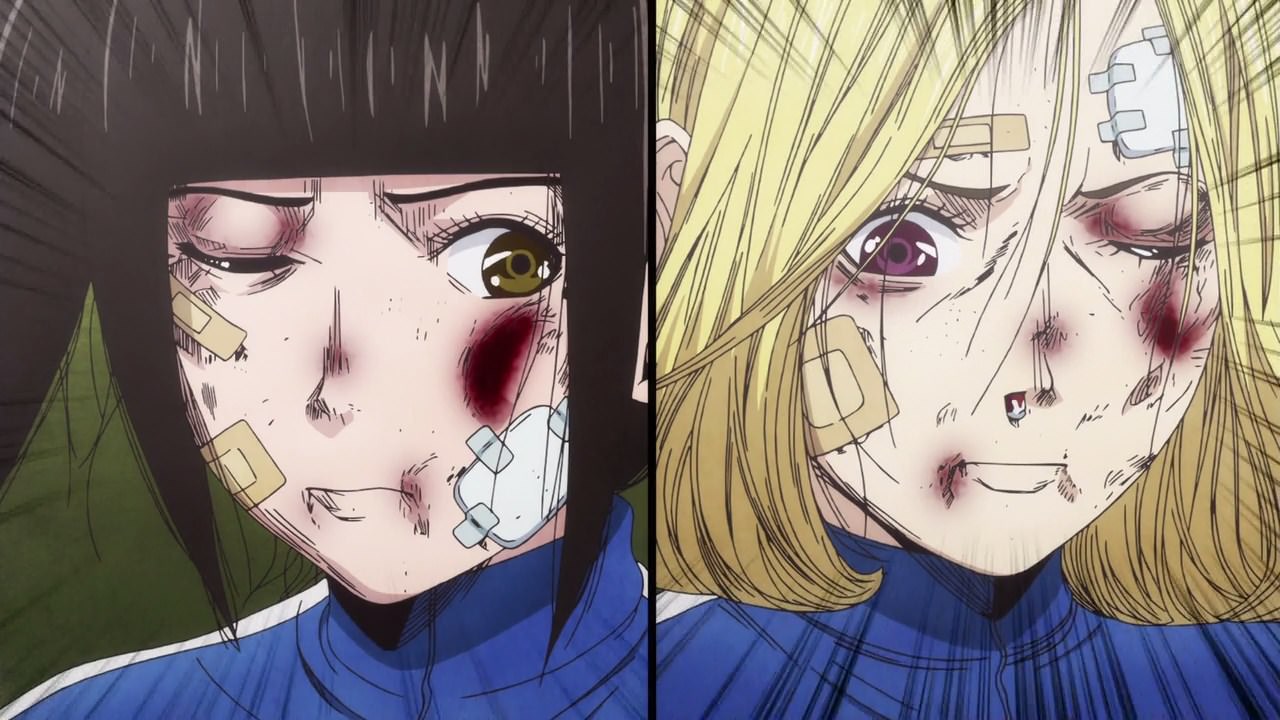 In short, both Chika and Mari got battered and bruised for defending Airi-chan. So, what will Inugane do about it? 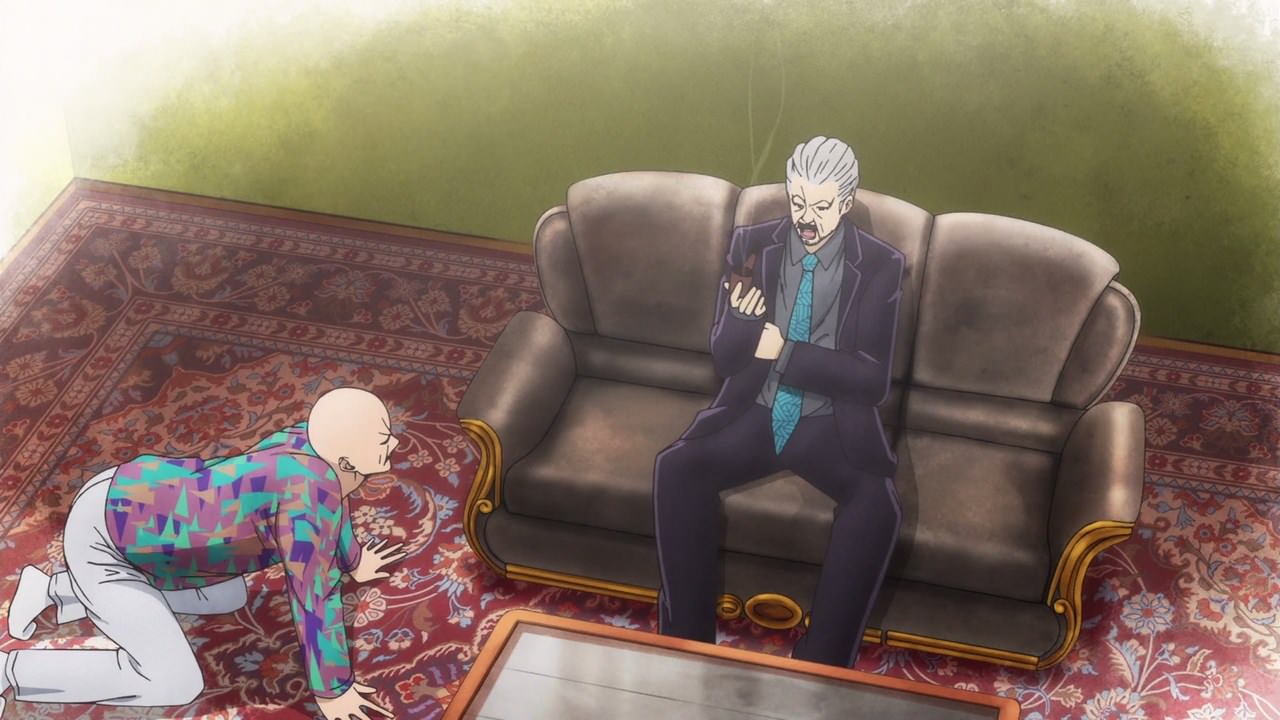 Well, he’ll be sending Iwamura to Brazil where he can fondle busty Brazilian women all day long. I mean, he likes tits right?

Oh, and he cared about the Goku Dolls more than his fellow yakuza thugs because it’s his golden goose. C’mon, Inugane wants his idols stay pretty at all times! 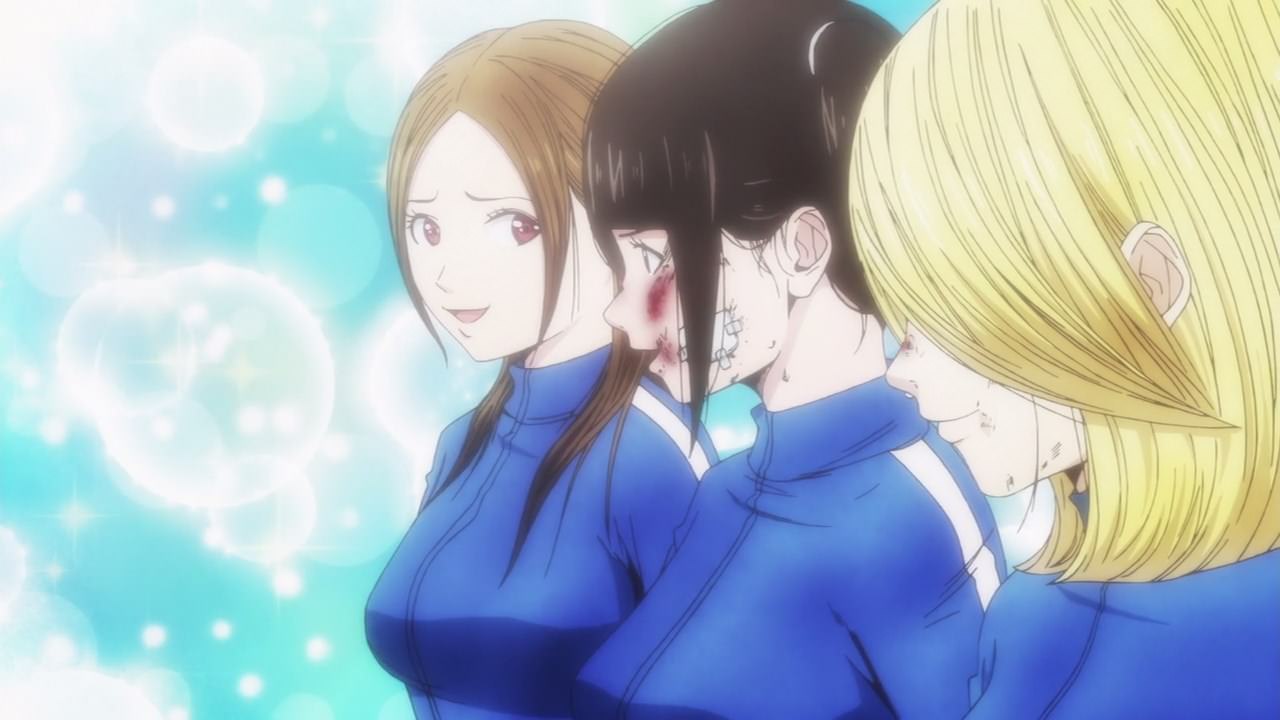 Anyways, looks like all’s well that ends well on Back Street Girls. Still, Inugane will have to punish the Goku Dolls… by training them again!