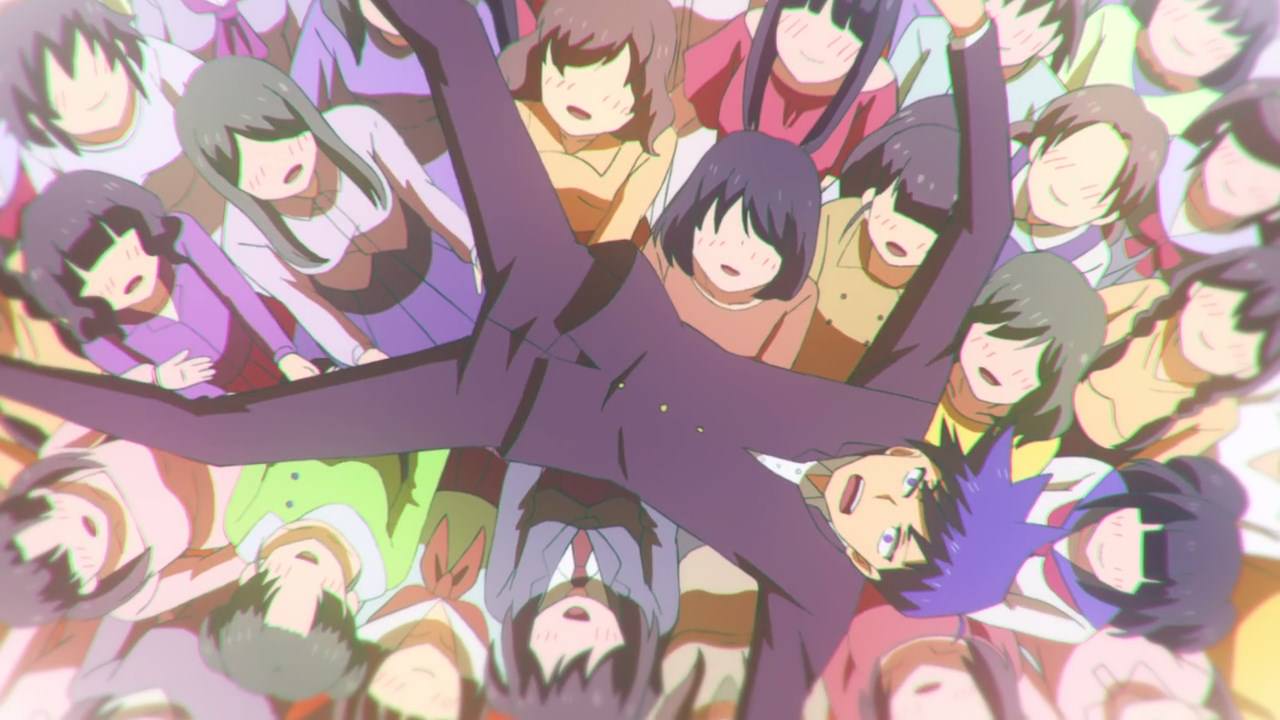 This is what Seigi “Judgement” Nezuya’s dream look like during the events of Episode 3. Unfortunately, Nezuya-kun got swarmed by lots of girls that he just gave up on overcoming this illusion. 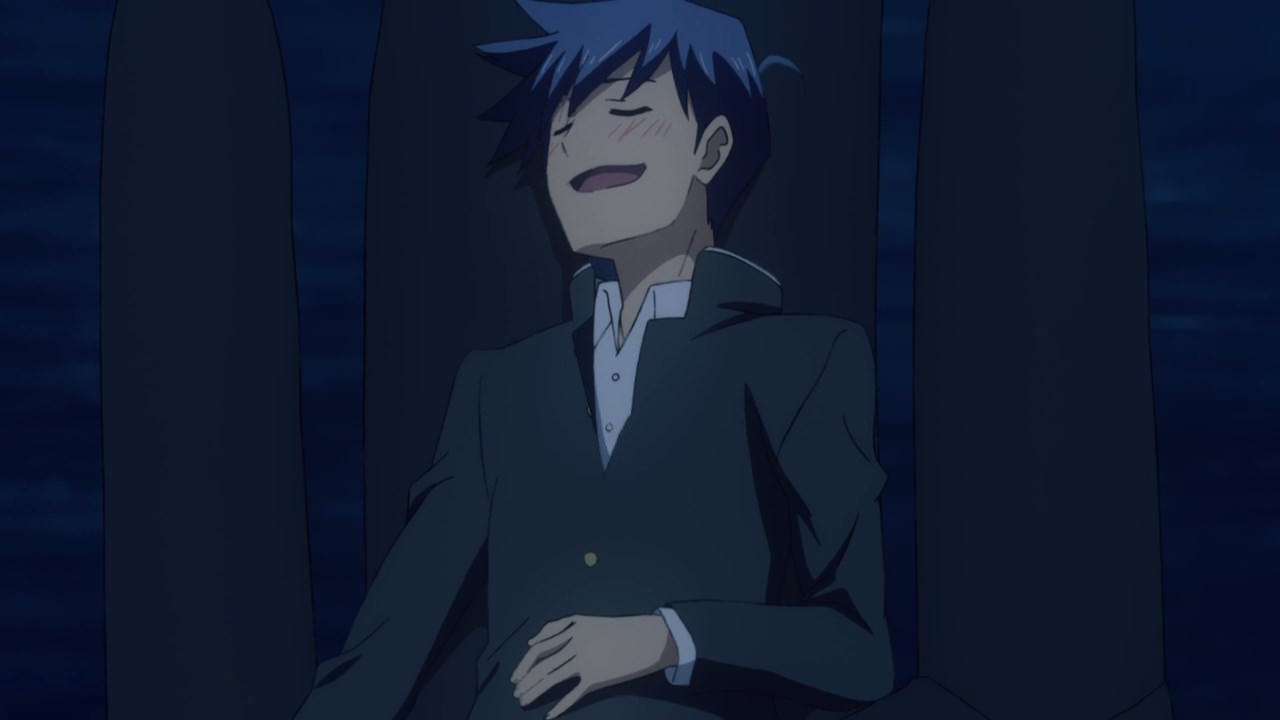 Therefore, you see him passed out because OMG, Nezuya-kun is so freaking weak that a mere dream just beat him! 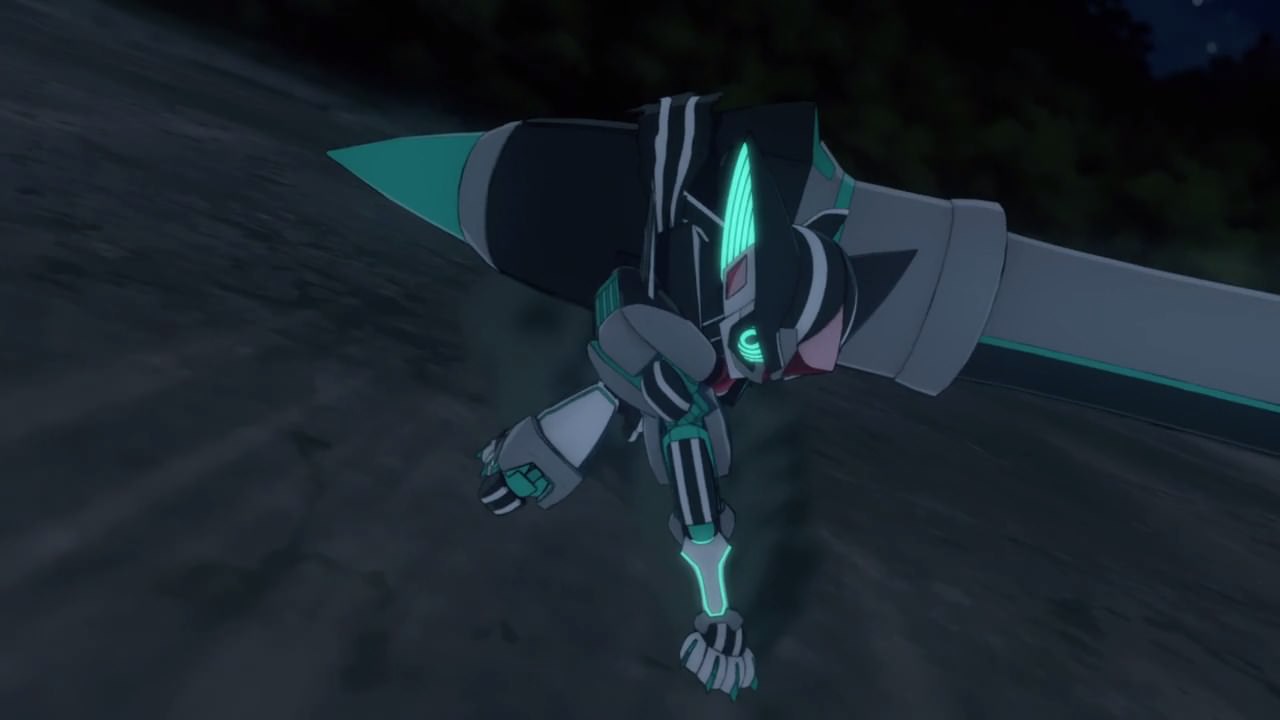 Now let’s move onto the main event where Souya Kuroi decided to fight rather than watch. Man, I guess he can’t keep his toes on everything. 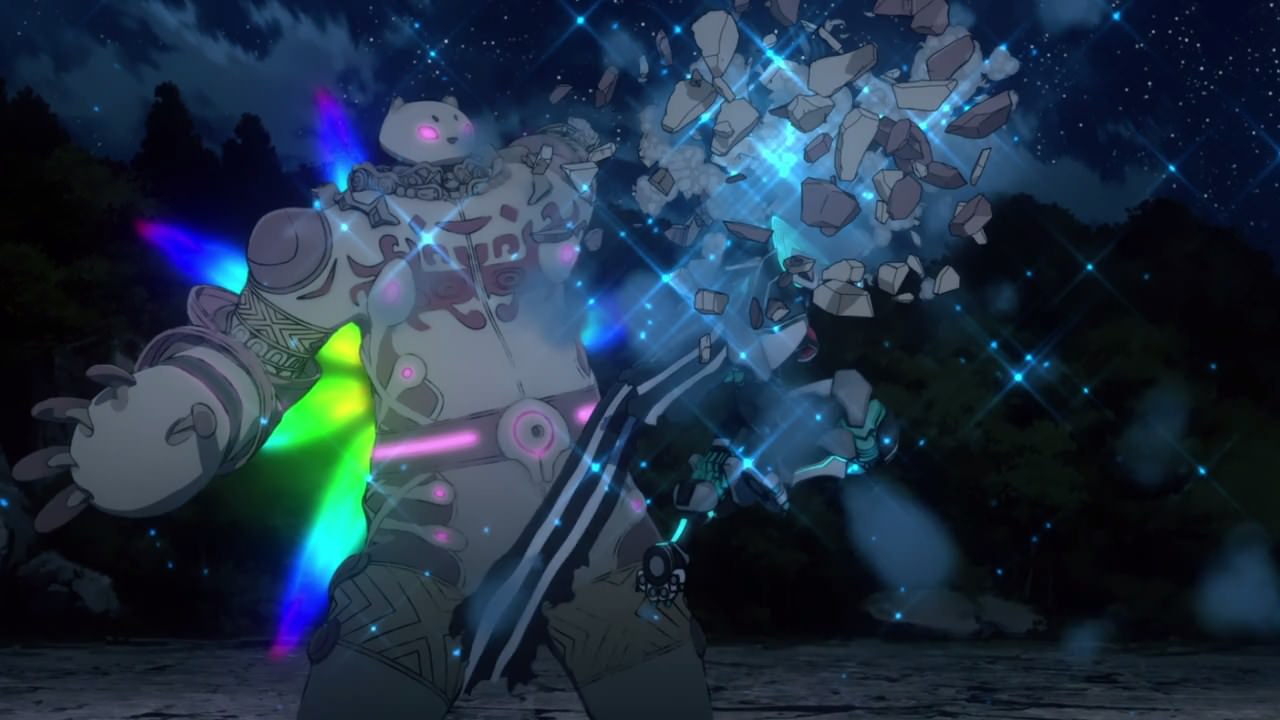 In any case, Souya managed to destroy both arms of Harumi Kumashiro’s Photon Armor. Looks like she’s not gonna perform some judo throws at him anymore! 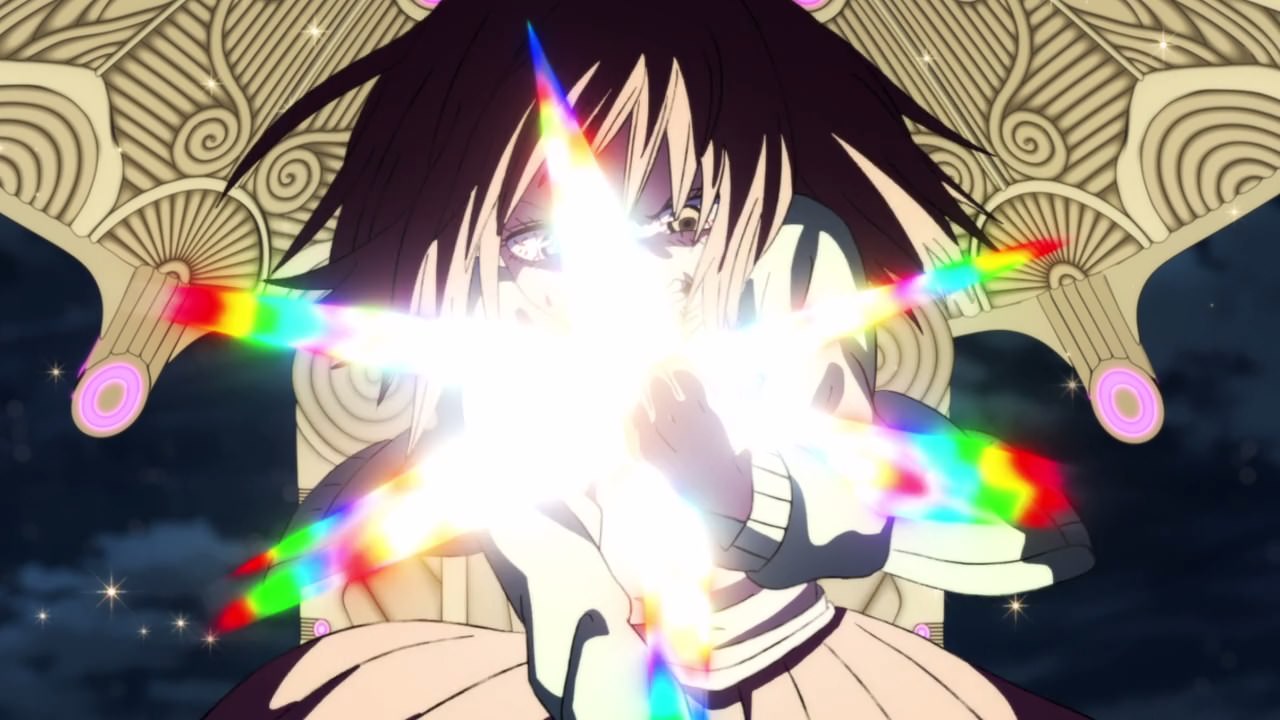 However, the situation has changed where Harumi got angry and the vial that contained the dragon’s powers suddenly reacted to her current emotions. Man, I have a bad feeling about this! 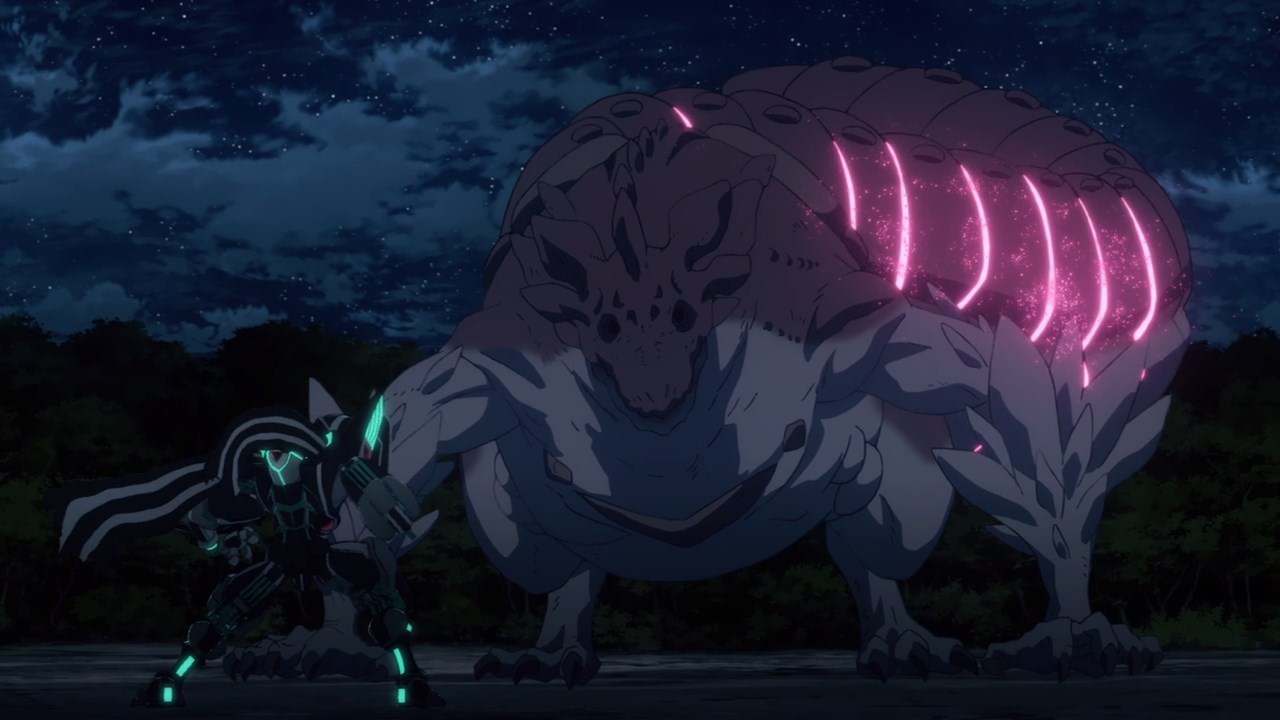 Anyways, turns out that Harumi’s Photon Armor transforms into a dragon. Forget about growing her arms back because what you see here is a freaking dragon! 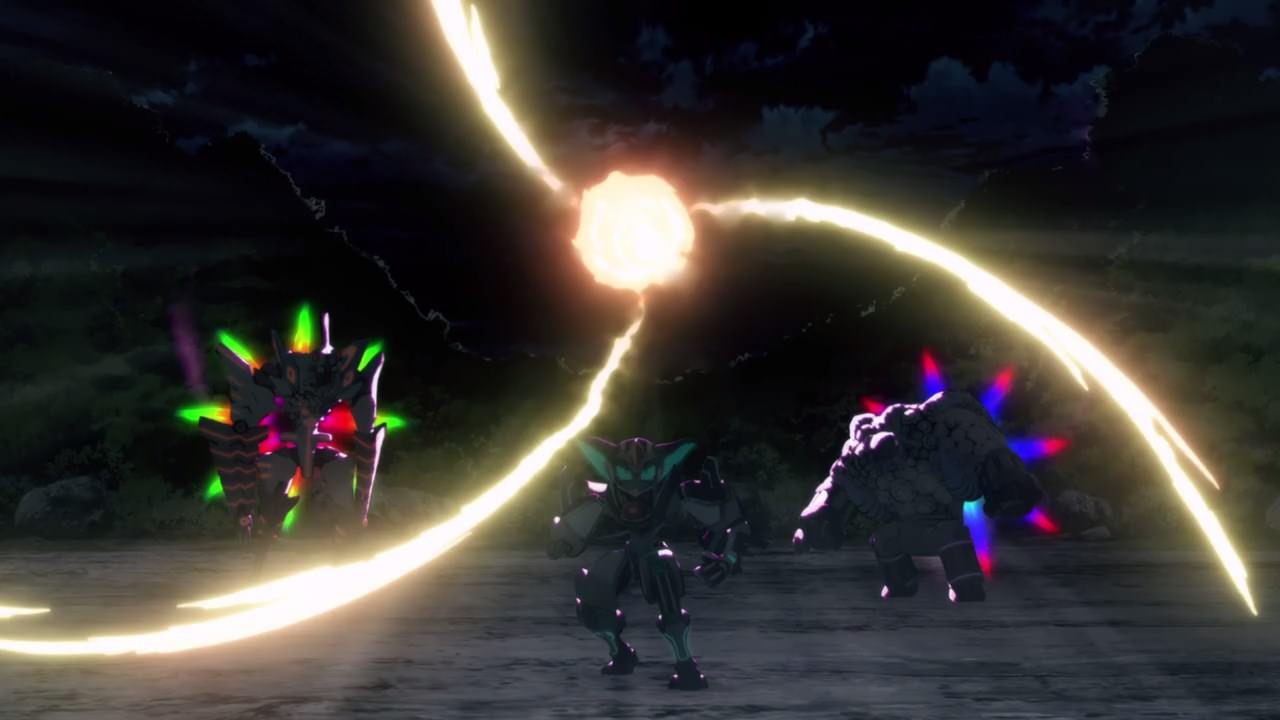 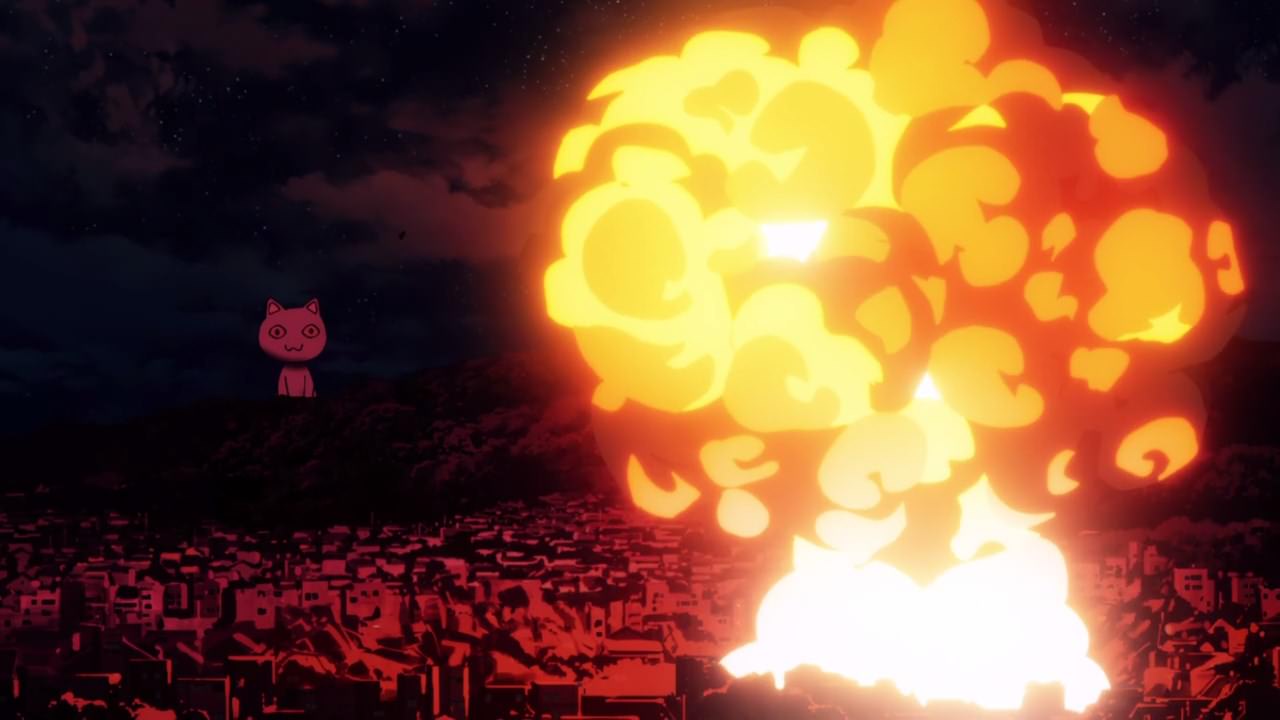 And since Harumi Kumashiro is still angry towards Souya-kun, she lost control that the dragon has gone berserk, shooting fireballs at various locations.

Well, I must say that His Excellency is right that humanity shouldn’t handle the dragon’s powers after all! 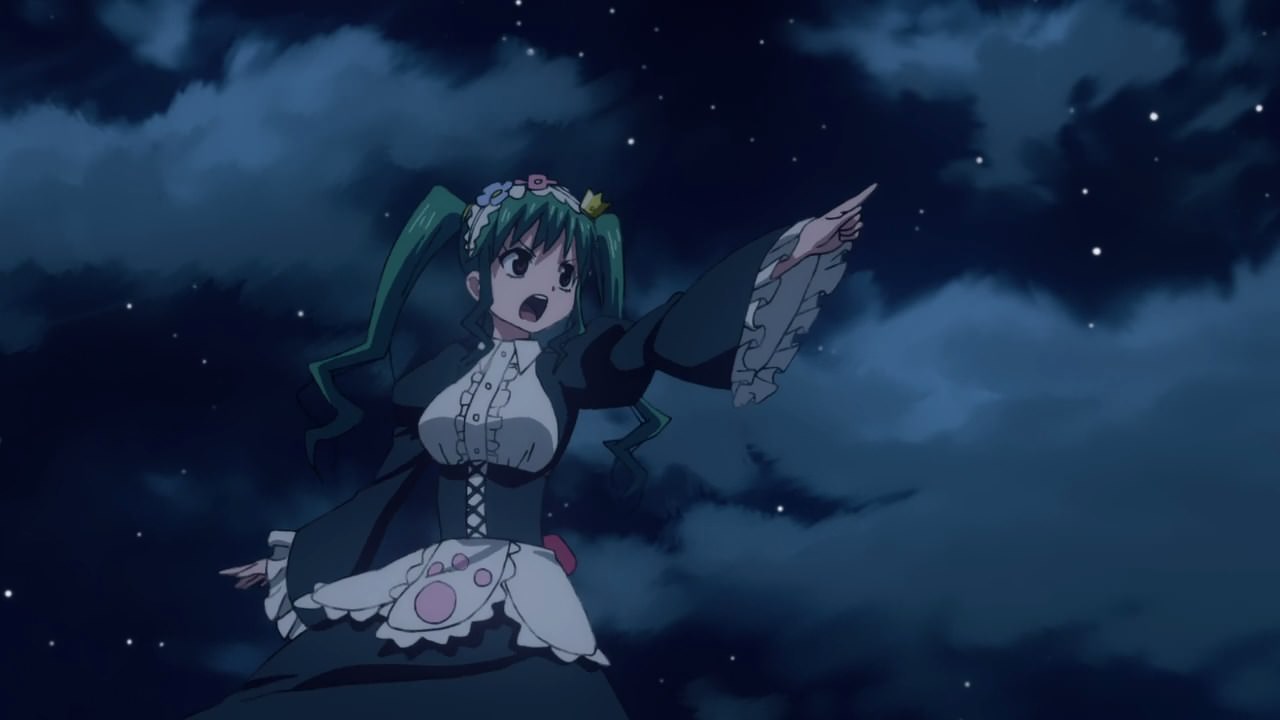 Anyways, looks like there’s no other choice but to use a secret weapon as Ginko Kuroi gave a command to Sensei’s giant cat robot/ship thing. And what exactly this secret weapon if you may ask? 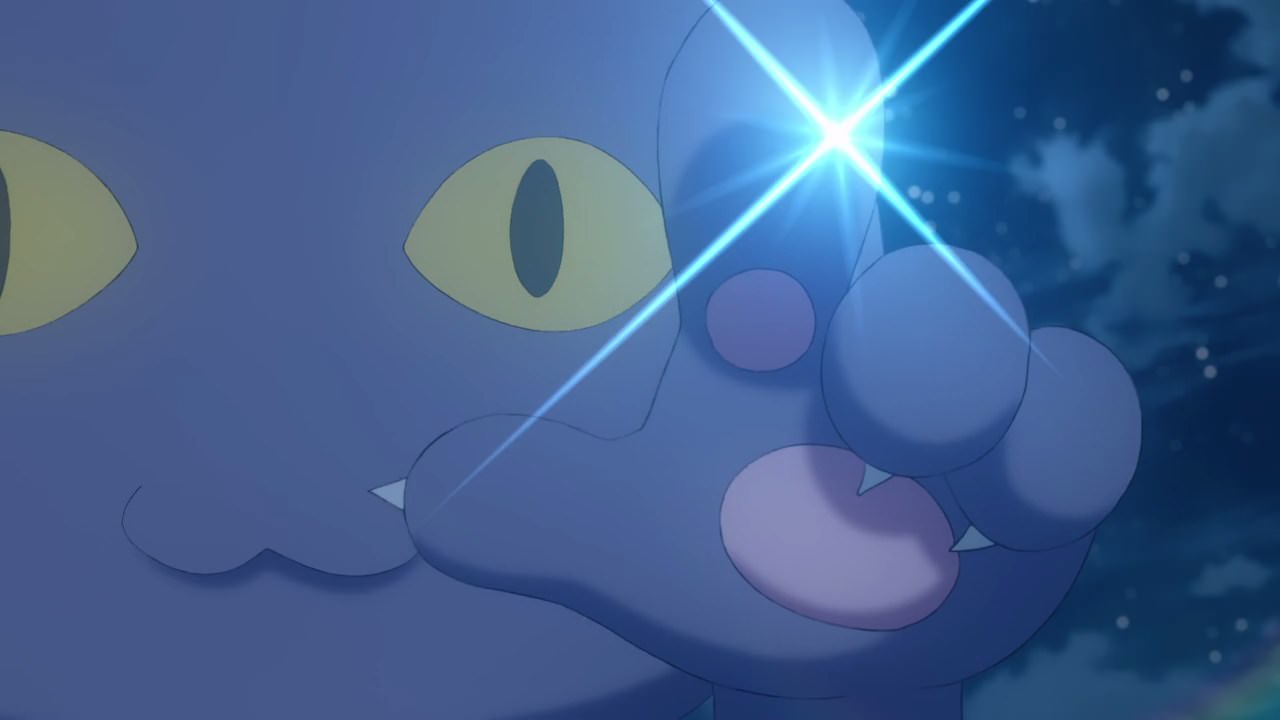 Well, we’re about to find out as this giant cat fling a can of juice called Cosmos Matanbi-Z towards Souya Kuroi. Then again, that dragon might grab it too! 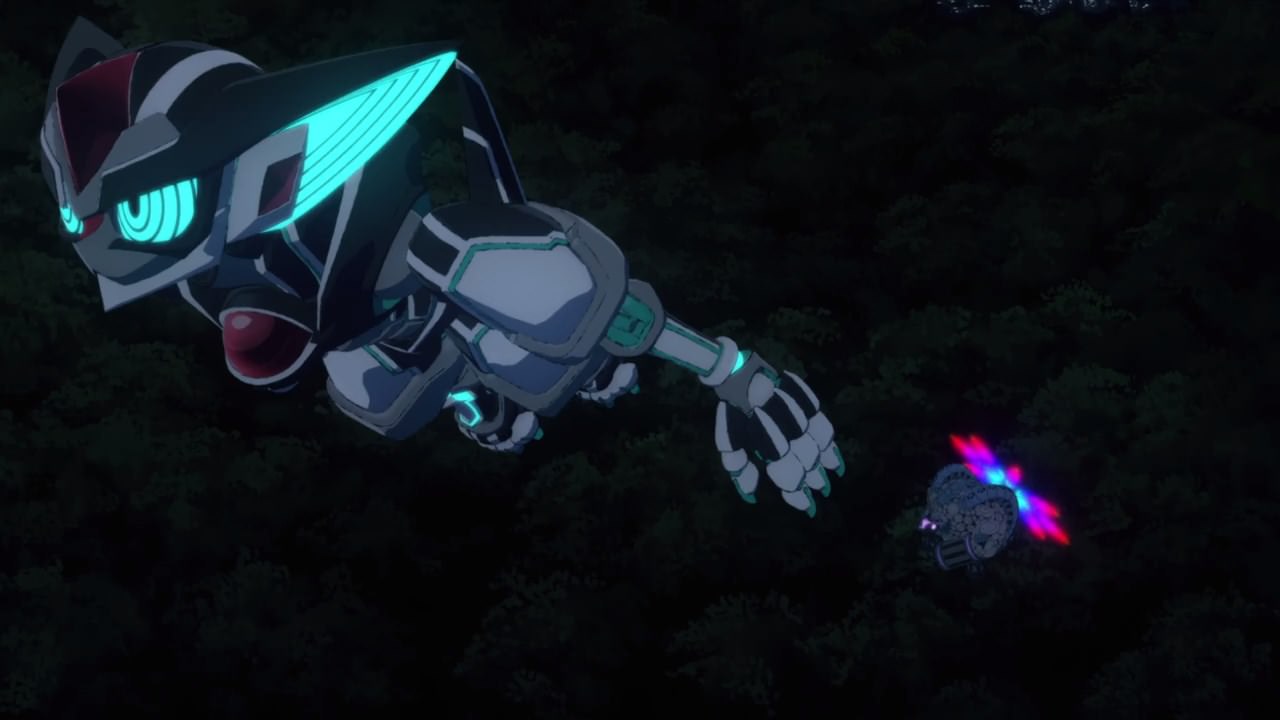 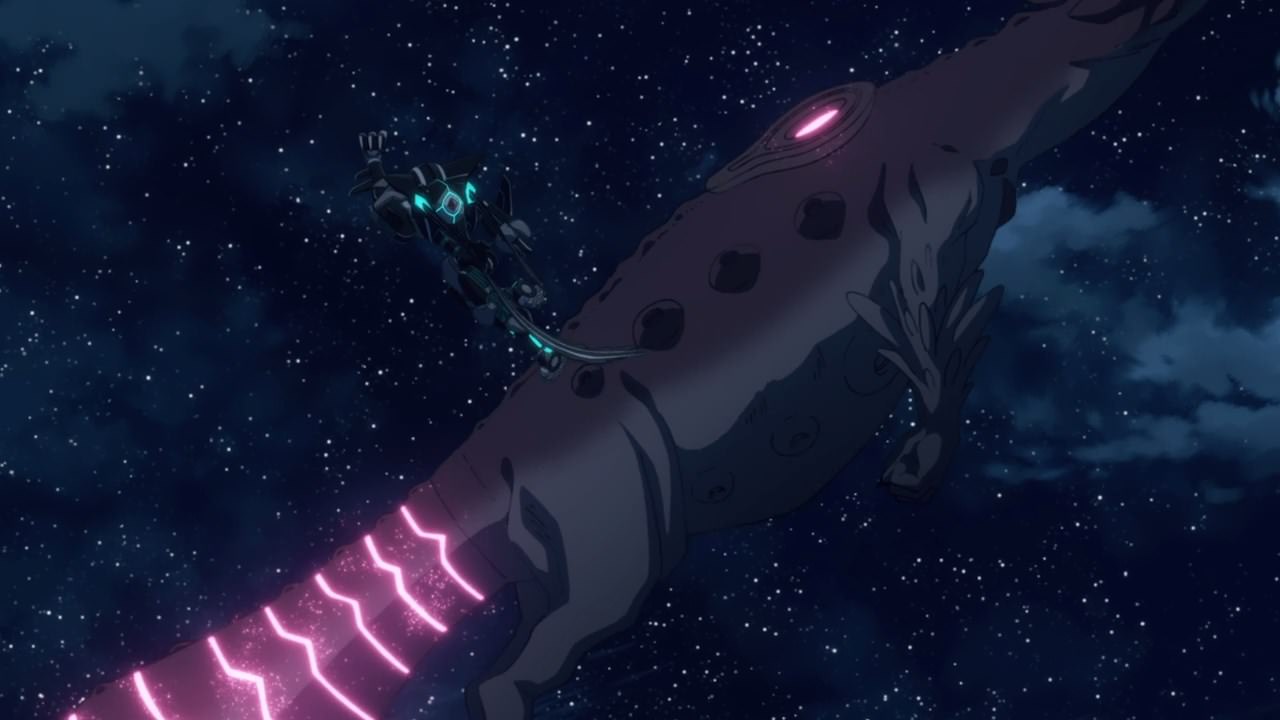 So, both Benika Takatori and Yousuke Hitsujitani helped Souya-kun by throwing him towards the can, which Souya managed to grab it just in time. 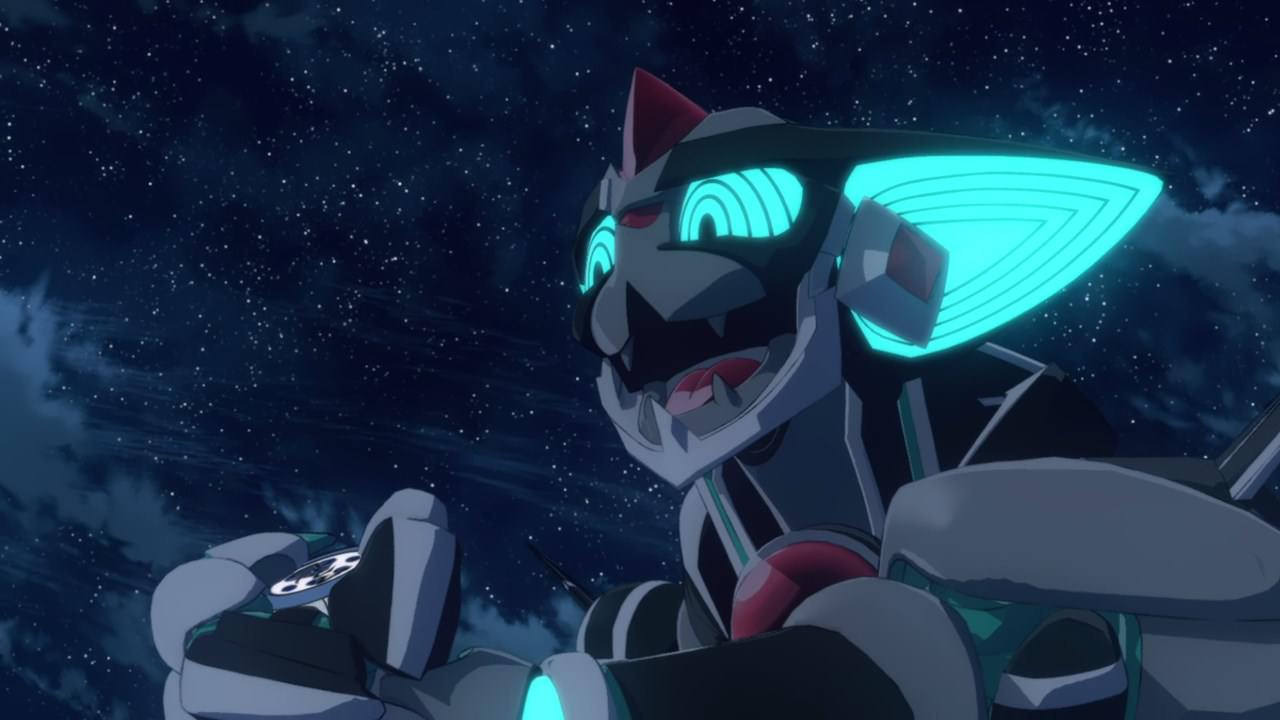 Oh, and if you’re curious of the can’s contents, it’ll make Sensei stronger but both him and Souya Kuroi will get a hangover afterwards. 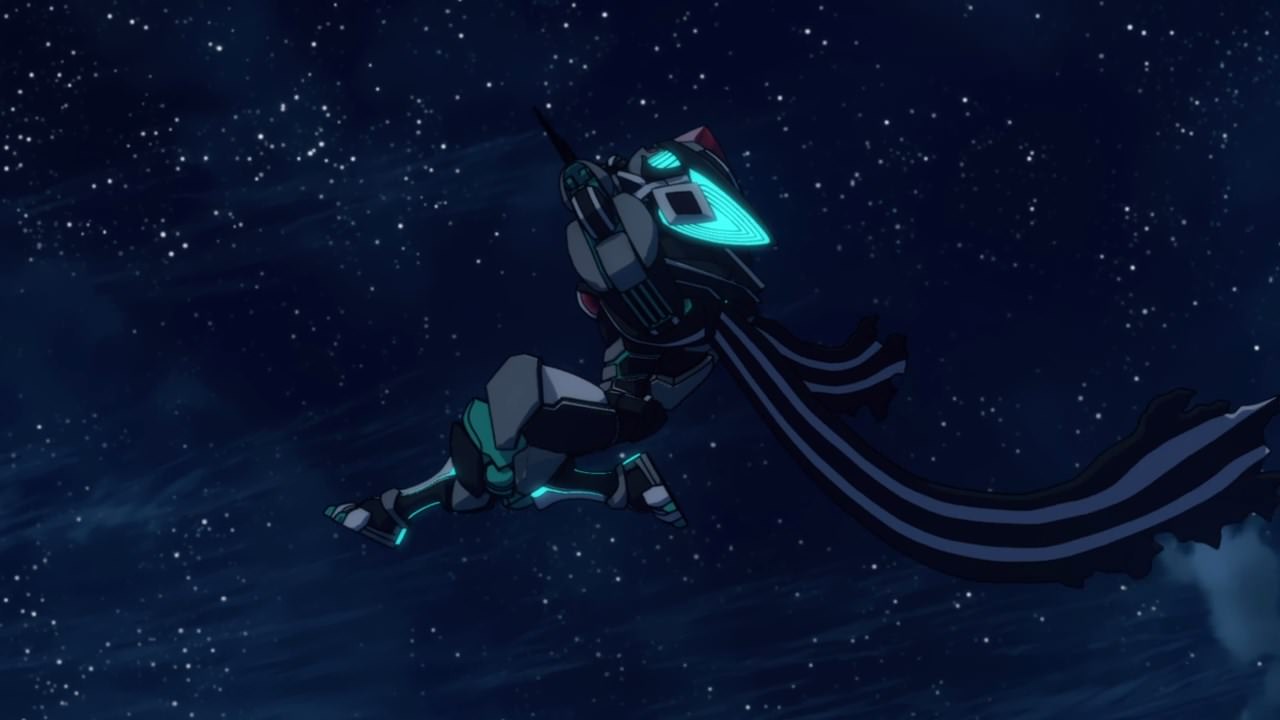 But, that doesn’t matter to Souya-kun as Sensei drinks a can of Cosmos Matanbi-Z that’ll power him up significantly… 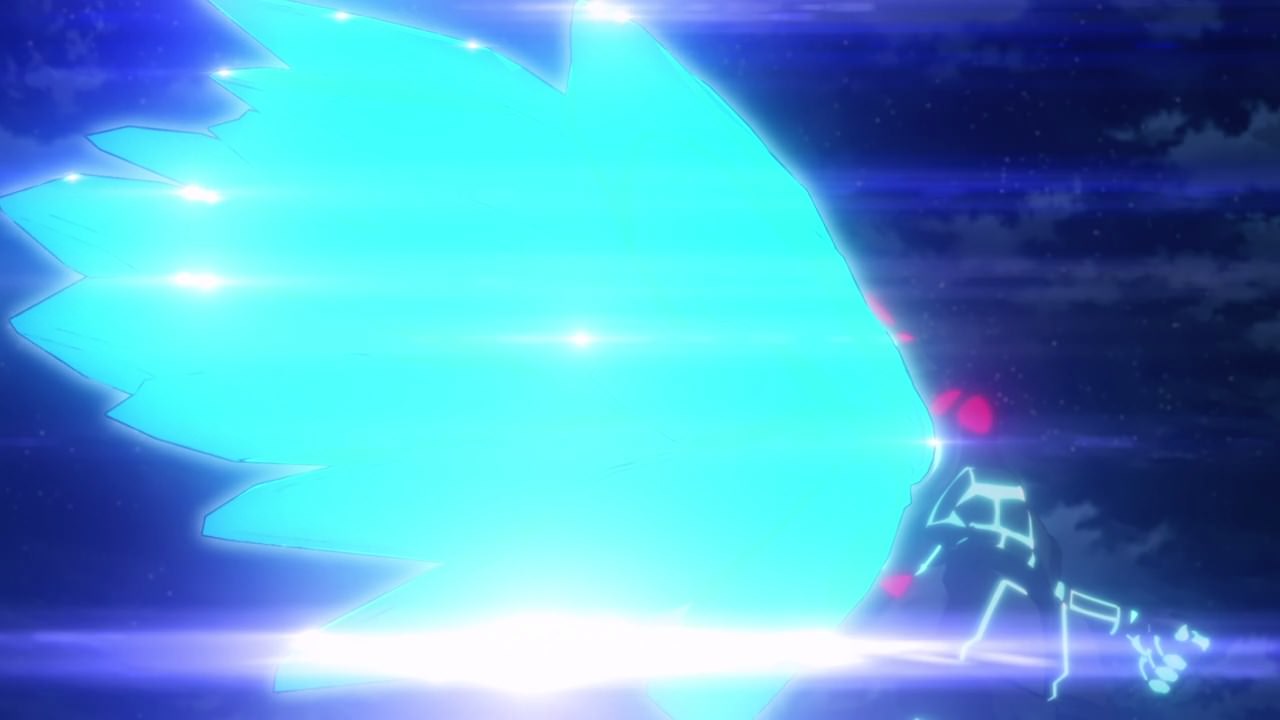 …starting by growing back his right arm. Oh, and it doesn’t stop there by the way! 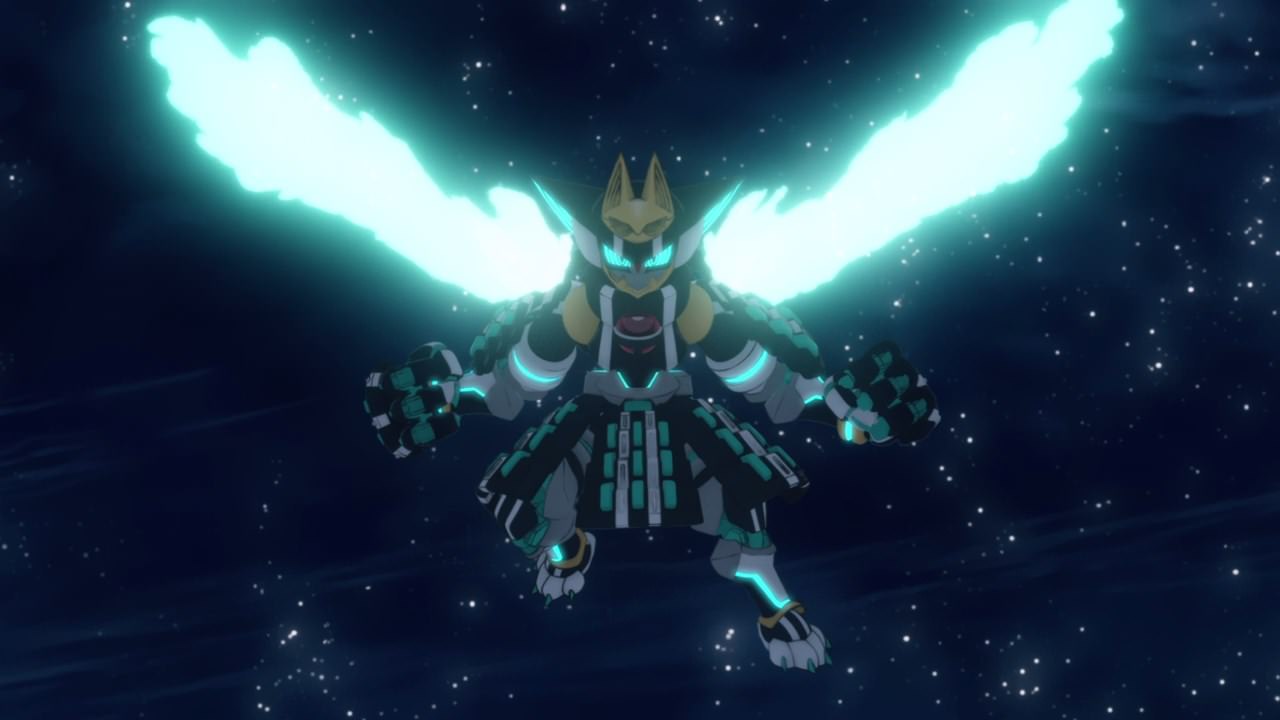 That’s because Sensei’s form has changed by getting armor plates and wings to fly. How’s that for a power boost? 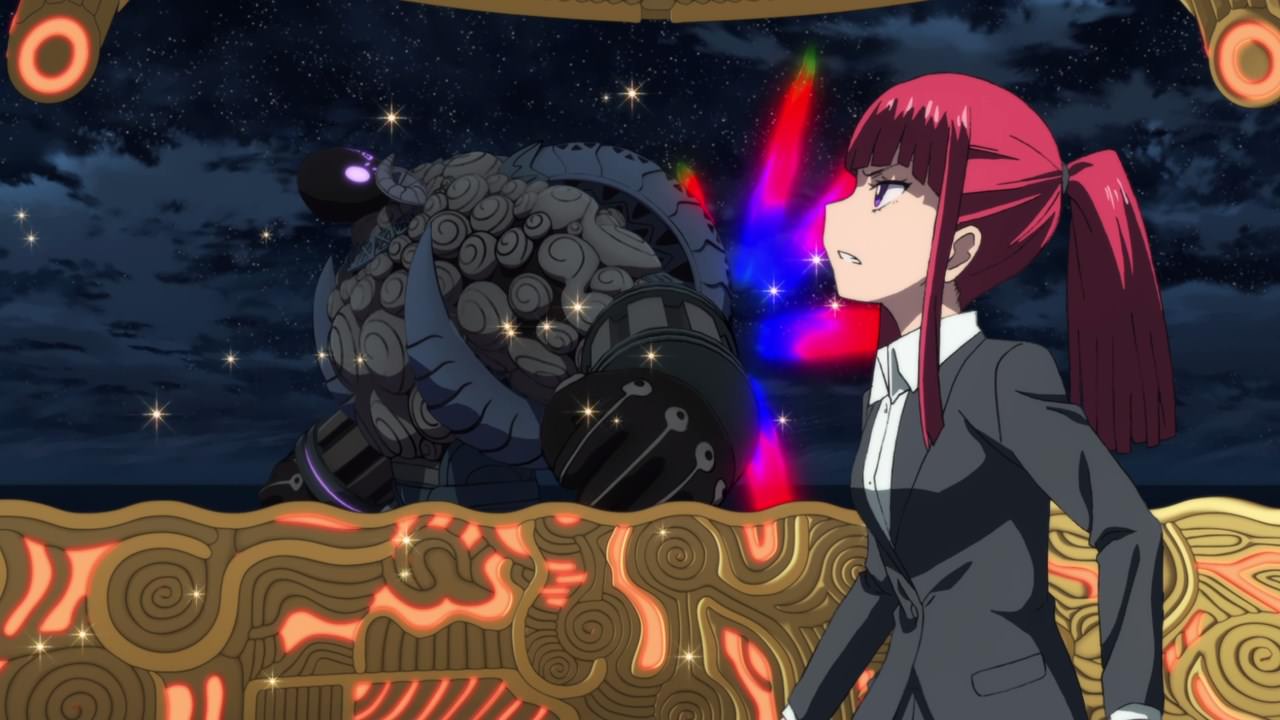 As for both Benika and Yousuke? They’re shocked to see their enemy powering up. While they can get a power boost, I think they’ll have to reconsider since Harumi lost control over her Photon Armor. 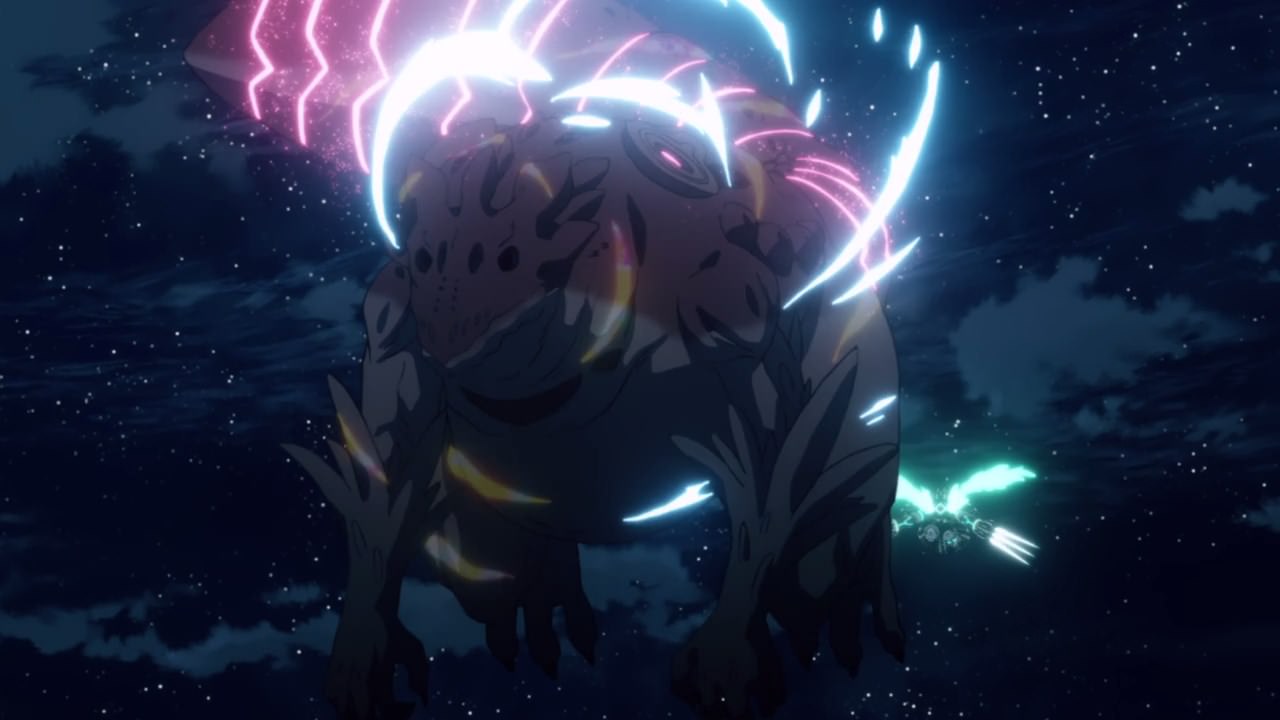 Now then, it’s time for Souya-kun to stop this dragon from destroying an entire town. Then again, it’s a pain in the ass to beat the dragon just by scratching it! 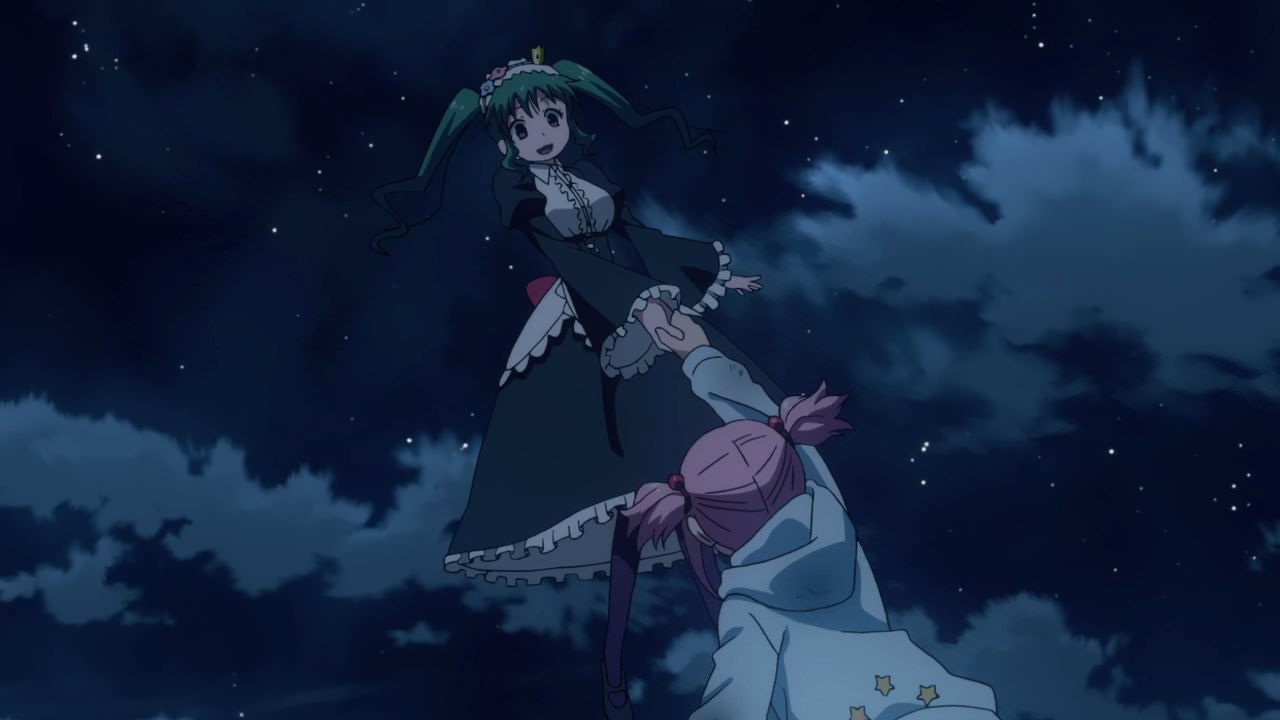 So, another plan came up in which Ginko Kuroi lifted Miu Inaba because she holds the key to calm Harumi Kumashiro down. Let’s hope that this Plan B will work this time… 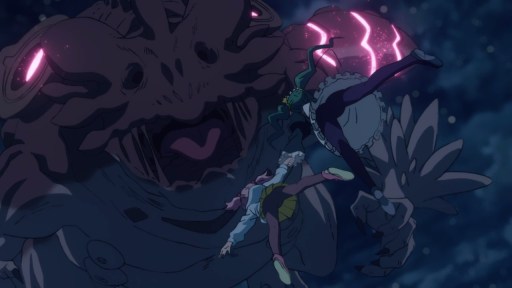 …as Ginko brought Miu towards the dragon. By the way, don’t ask me if they’re wearing panties or tights. 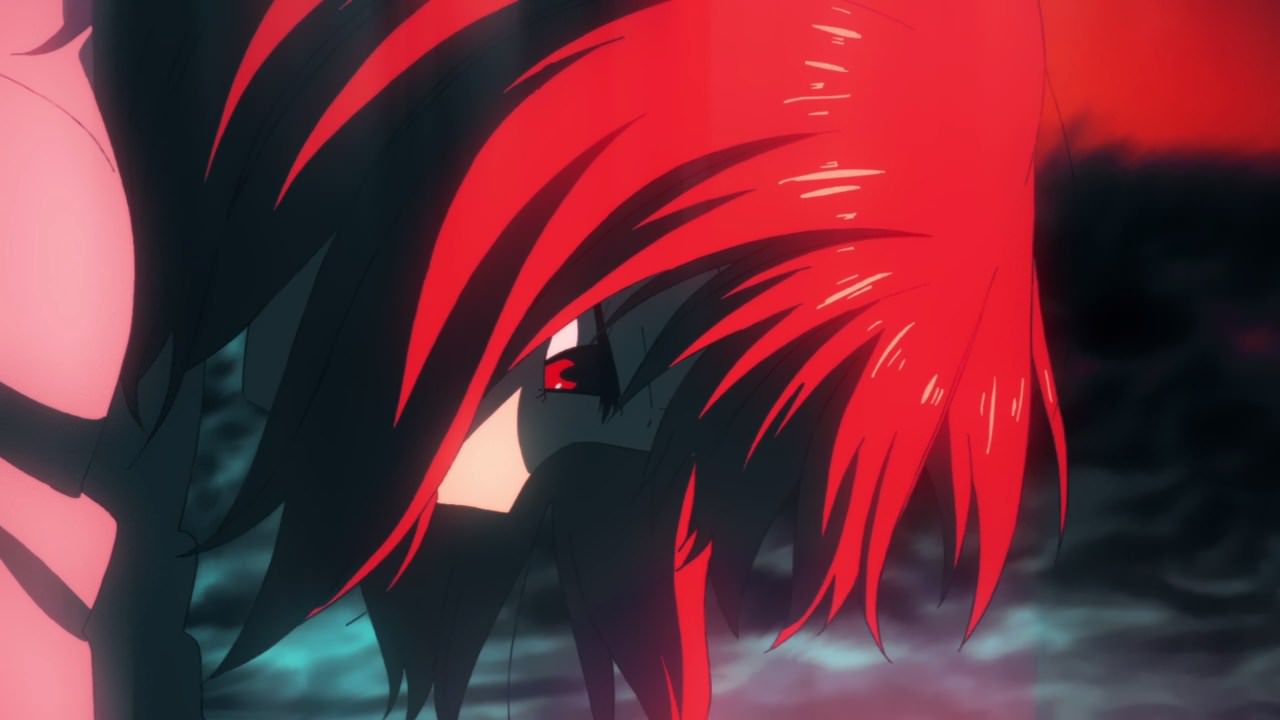 And here’s Harumi where she’s losing her consciousness after activating the forbidden technique. Honestly, she shouldn’t have use the dragon’s powers to its limit. 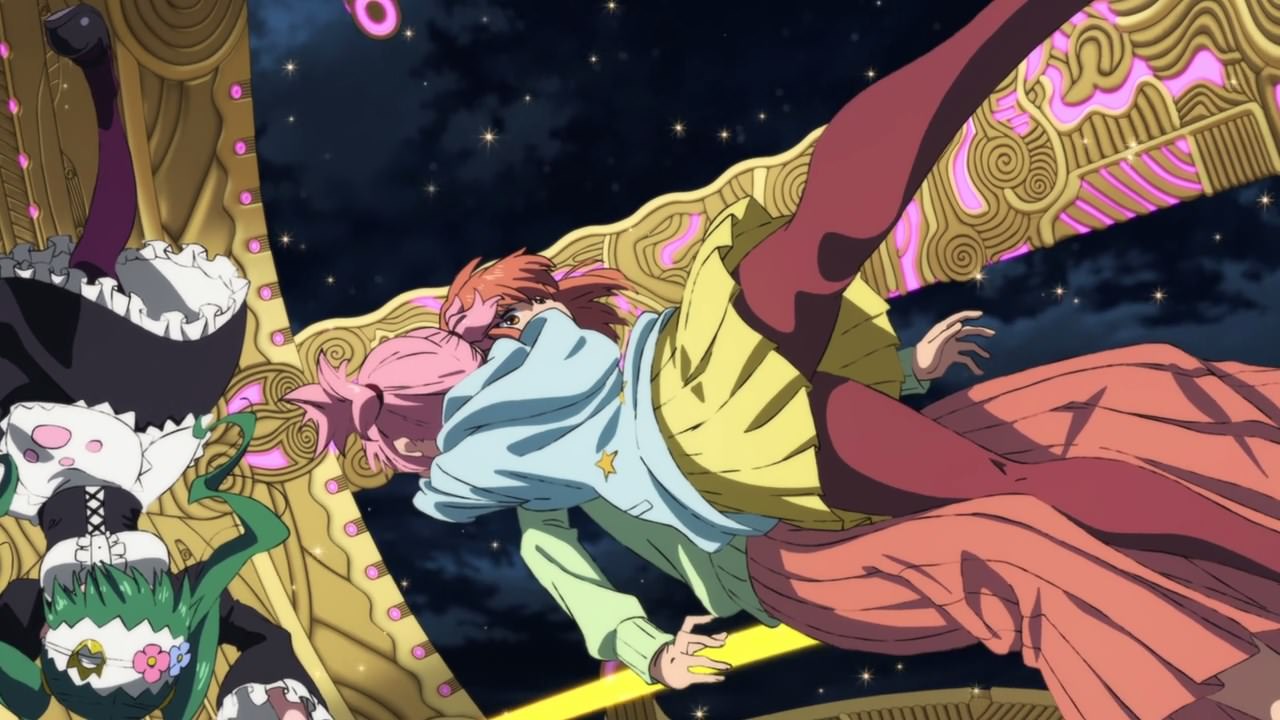 Fortunately, Miu managed to reach Harumi and hugged her until she calms down. After all, it’s the only way to stop the dragon’s rampage. 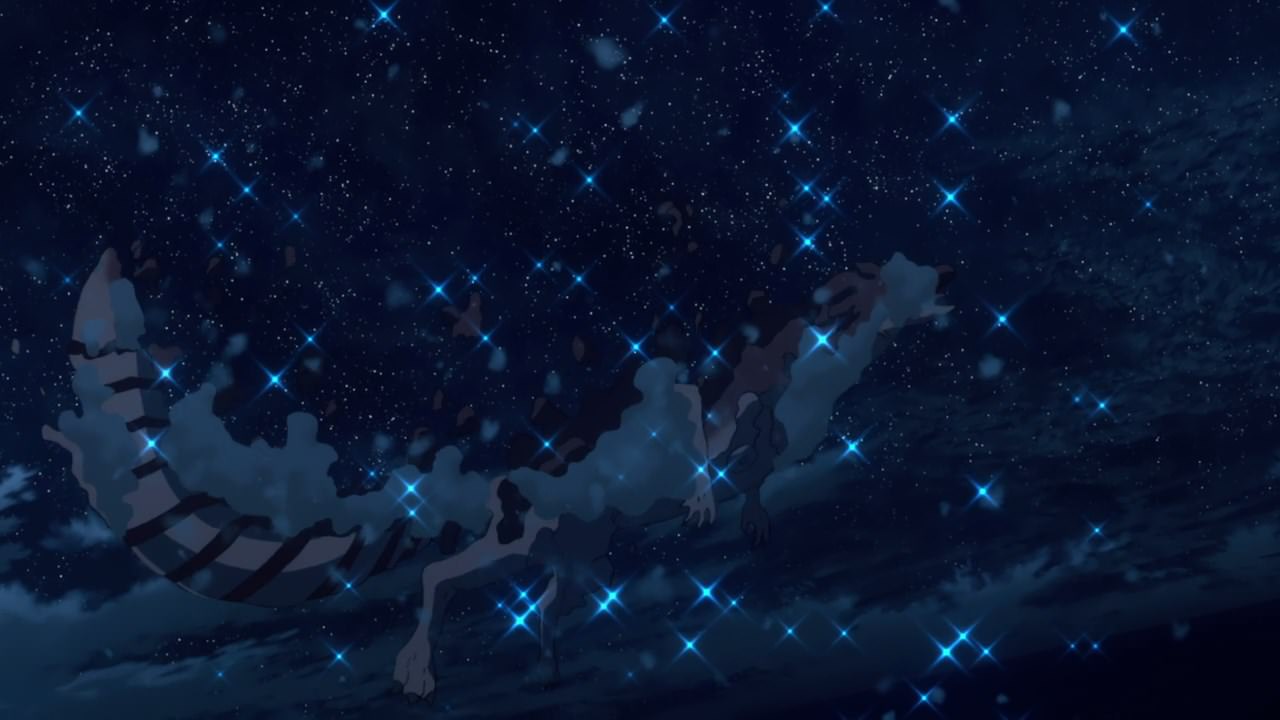 And speaking of the dragon, seems that it disintegrated as Plan B works. I guess Sensei powering-up by drinking some juice was a waste. 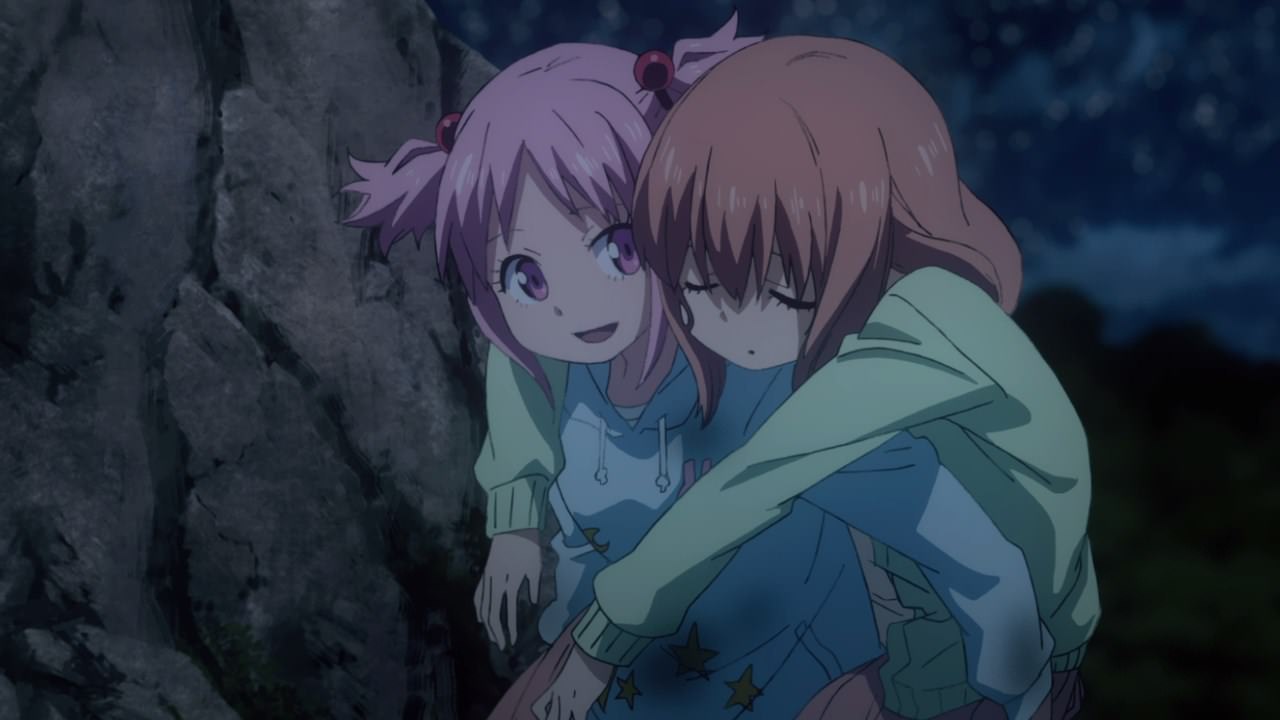 For Harumi Kumashiro, she’s okay as Miu Inaba is carrying her. After all, Miu told Harumi that she’s the strongest. 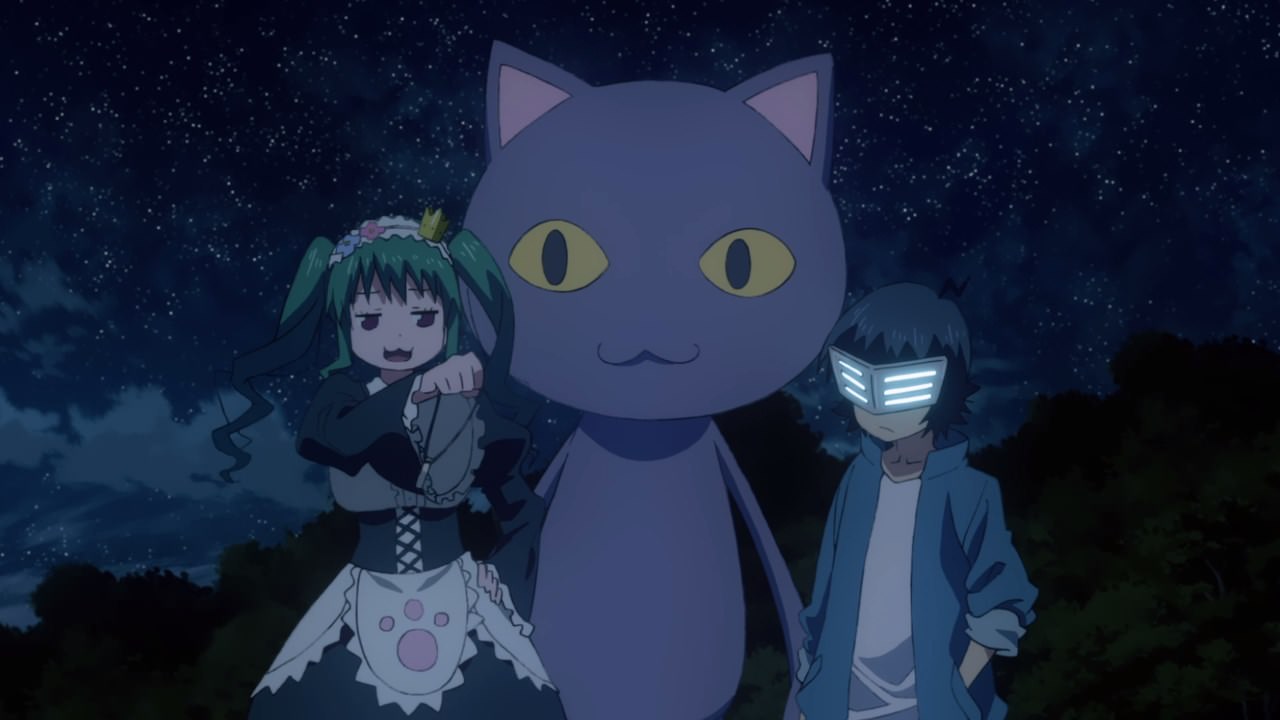 What’s not okay however is that Ginko managed to nab Harumi’s vial without noticing. I’m surprised that the vial remained intact after Harumi’s fit of rage.

With that said, looks like Souya Kuroi got 3 vials that contained the dragon’s power. 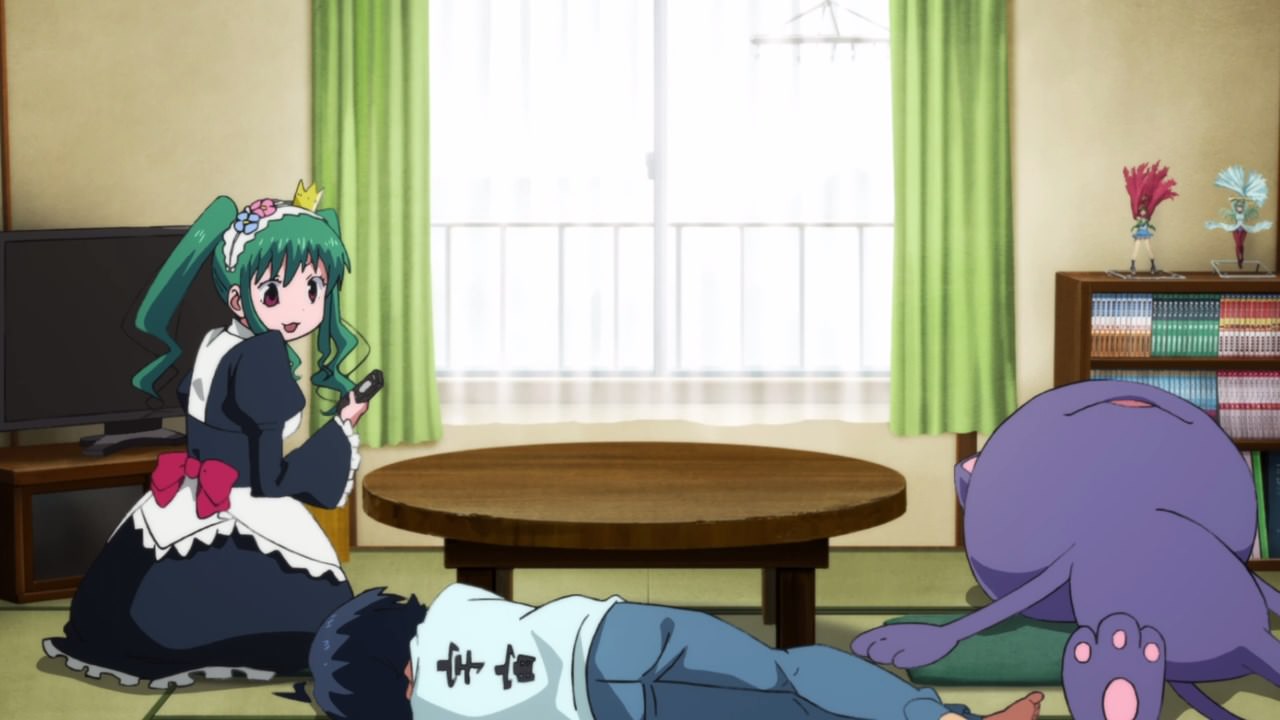 Of course, seems that Souya will experience of getting a hangover together with Sensei. Sure that he got his right arm back, but Sensei got a nasty headache.

Man, does Cosmos Matanbi-Z contain alcohol ’cause Souya is a minor? 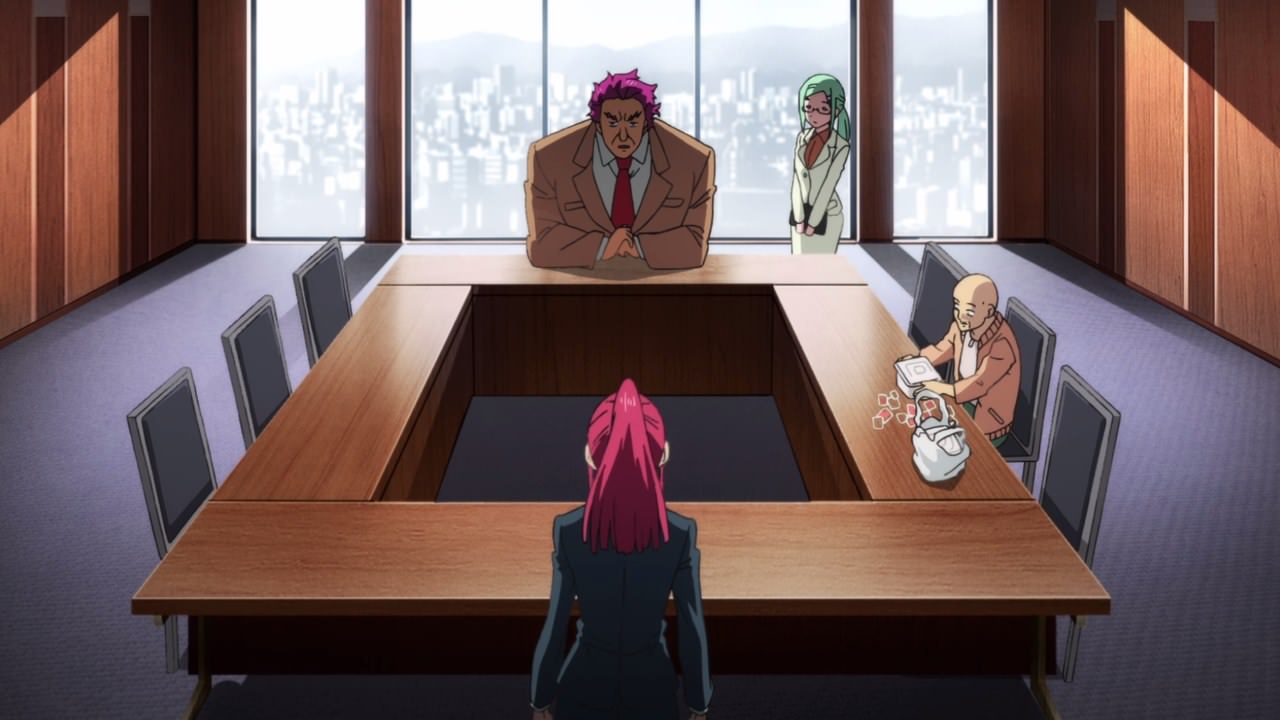 Back at the headquarters where Benika Takatori asked Takashi Ryuzouji on what is the organization’s real goal after what happened to Harumi Kumashiro. Um, I think Benika should ask their boss on how did he get the technology from Sirius.

In any case, Takashi told Benika regarding the true goal of their organization… and that’s to take over the world! Man, now it seems that Takashi has become Vega/M. Bison! 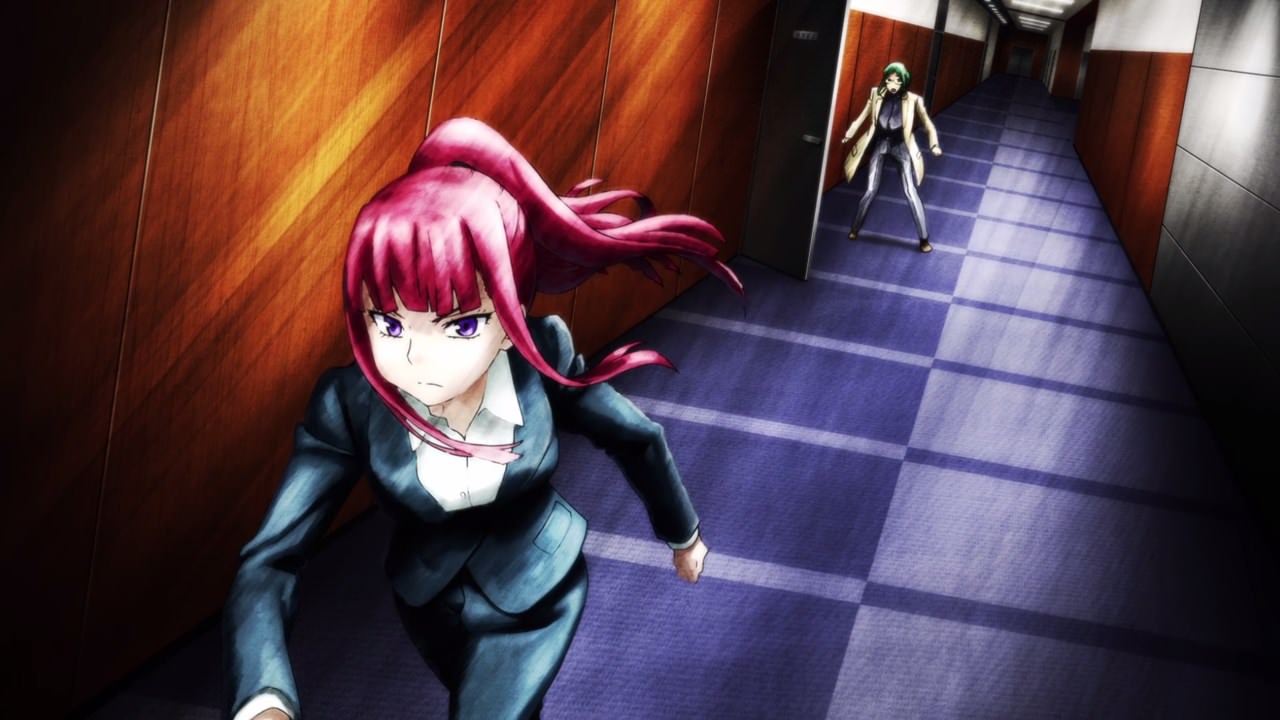 With that said, looks like Benika had enough of playing hero as she quit the organization. Oh, and she returned the vial back to her boss because screw “committing violence in order to bring world peace” thing. Man, she should have given that to Souya-kun instead!

Anyways, I’ll see you on the next episode and I have to say that Planet With is getting a bit interesting. Then again, seems that Souya Kuroi won’t have any meat to eat until the end of this series.