Free! Dive to the Future Episode #04 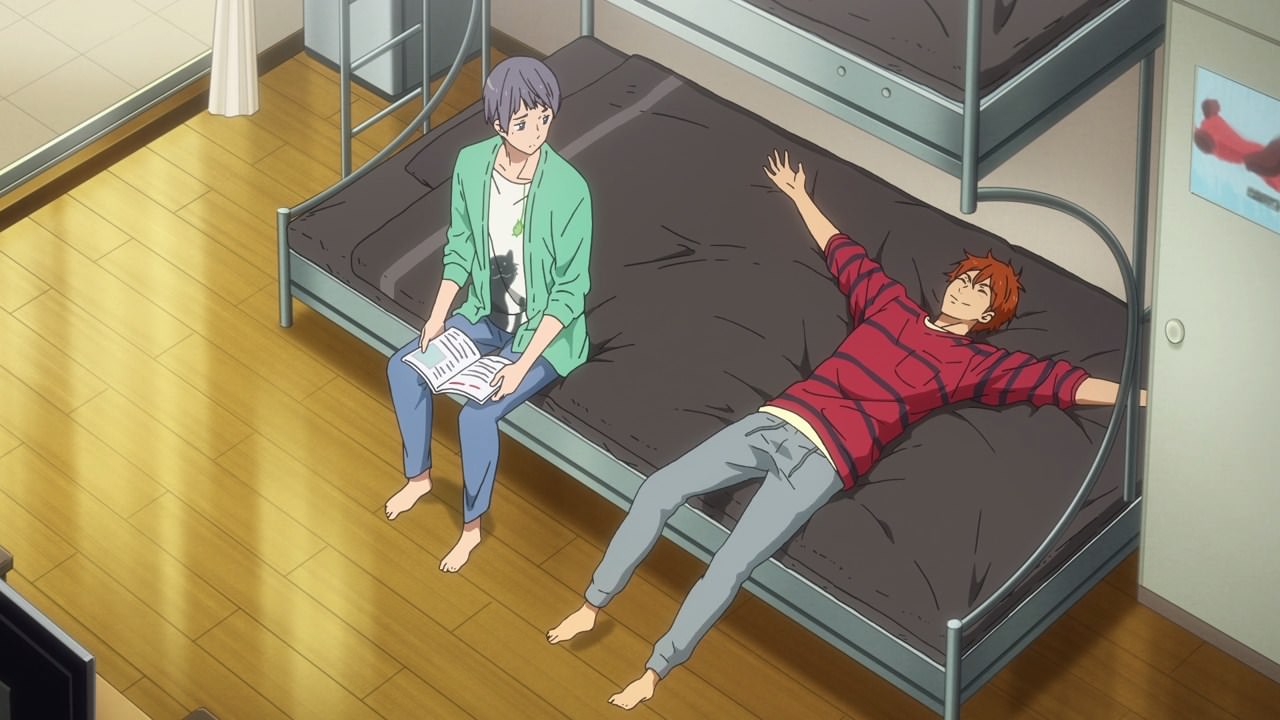 Oh look, it’s Aiichirou Nitori and Momotarou Mikoshiba as these two swimmers from Samezuka Academy will have a joint training camp with Iwatobi High School. I have to say that they’re looking forward for this training camp, especially when Momotarou is very eager to see Gou-san again! 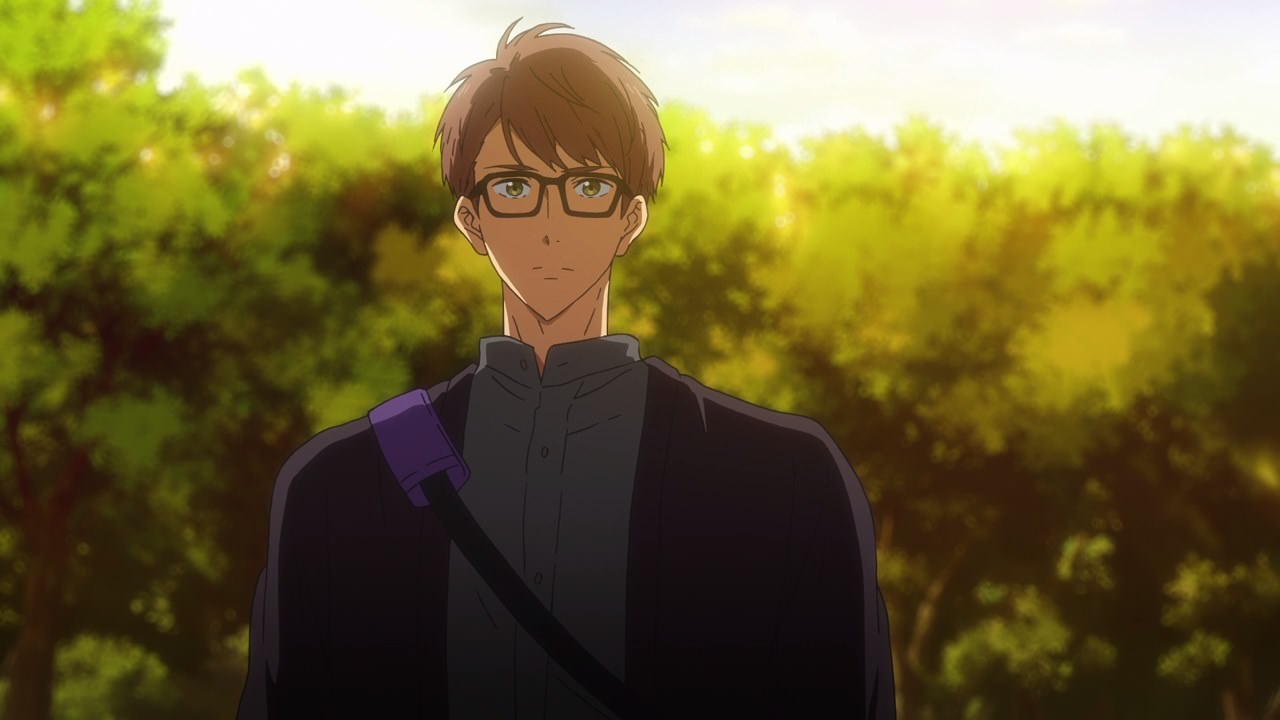 But now, let’s move onto what’s important as Haruka Nanase and his friends went to Shimogami University to see Ikuya Kirishima, only to be told by his legal guardian Hiyori Toono that Ikuya is not here.

You know what, I feel that this Hiyori guy is very protective towards Ikuya Kirishima. It’s very unhealthy in my opinion! 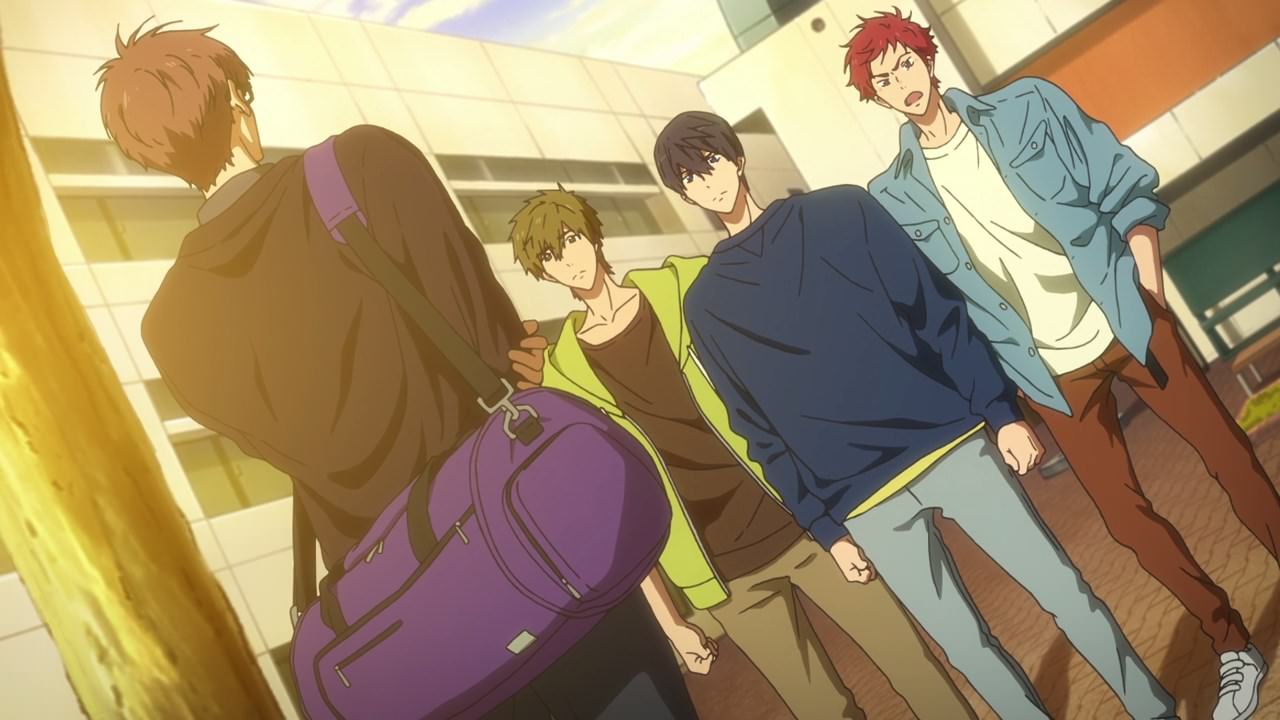 Still, the likes of Makoto Tachibana and Asahi Shiina won’t give up on finding Ikuya and apologize to him. Of course, it’s not easy finding him when Hiyori is around.

But speaking of Hiyori, he’s gonna let them see his friend… should they win in a swimming contest. And by the way, Hiyori Toono is a backstroker and there’s one guy who can do backstroke and possibly defeat Toono. 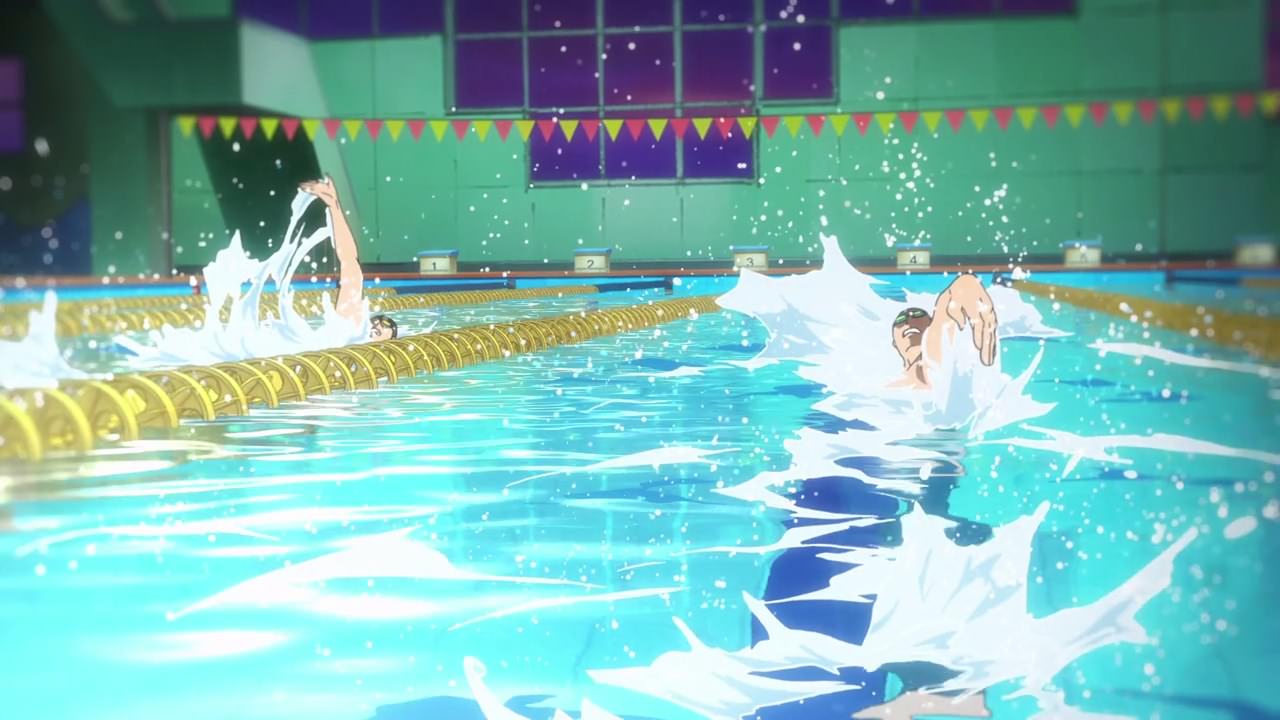 That’s right, it’s Makoto Tachibana as despite not being in a swim club in his college of choice, he managed to beat Hiyori Toono convincingly. So yeah, Makoto won fair and square, which means that he and his friends have the right to see Ikuya Kirishima. 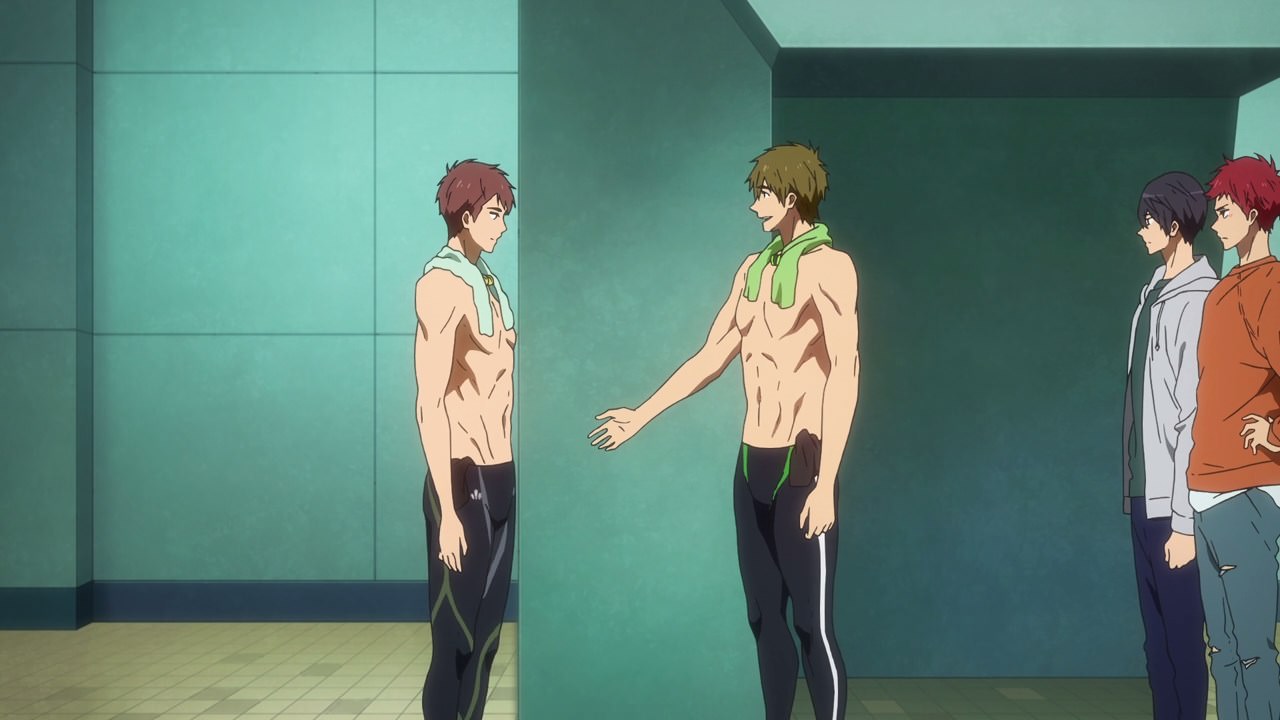 But despite all of that, Hiyori Toono won’t let them see his friend because… Well, I believe that he blames them to some extent, particularly Haruka Nanase, that Ikuya almost drowned himself during his stay in America. But you know what, I still think that Ikuya couldn’t resolve his past as he’s still deeply hurt, which is why he somewhat struggle to keep himself afloat and having Hiyori defending him from other people won’t solve much.

Anyways, I guess that Haruka Nanase will have a hard time reaching Ikuya Kirishima in future episodes. And seriously, the likes of Rin Matsuoka and Sousuke Yamazaki are very connected towards him that, especially the former where he had a grudge towards him back in the first season. So while both guys move onto better things with the burden lifted from their backs thanks to some good old friendship and reconciliation, Ikuya might sink deeper and deeper if he can’t resolve his past.

With that said, I’ll see you next time and really, I think it’s better for Haruka Nanase to beat Ikuya Kirishima at the pool!