Hey everyone, looks like we have some shocking discovery as Takashi Ryuzouji is actually an alien that was sent to Earth 50 years ago! 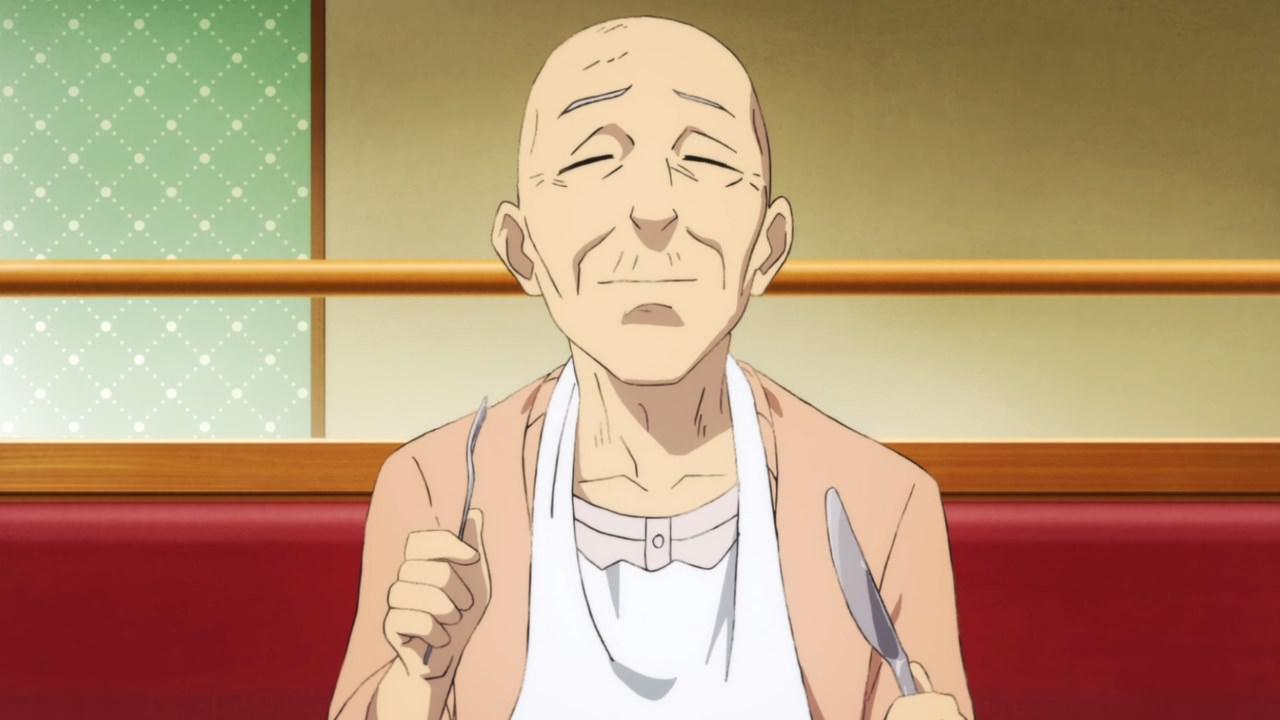 Then again, his father Takezou is just joking as he eats a plate of beef steak. I mean, there’s no way that Takashi is an alien… or is it? 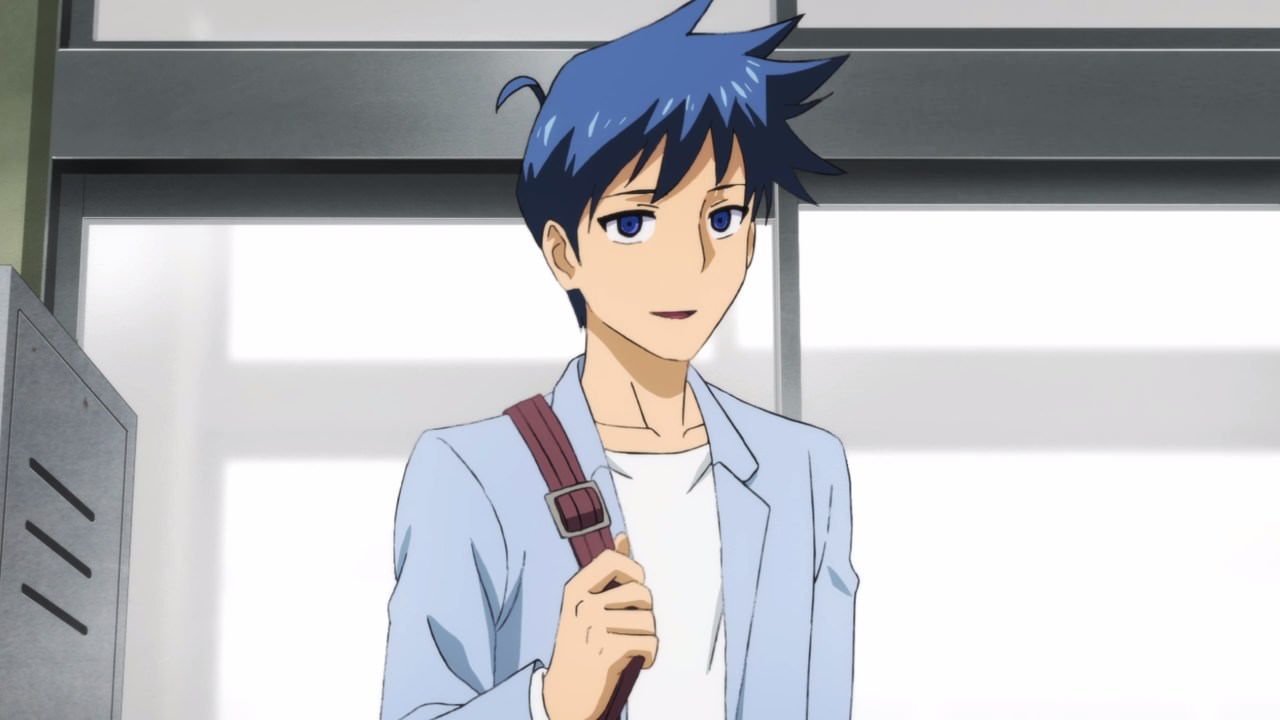 Meanwhile, here’s Seigi “Judgement” Nezuya as he decided to leave town because he has nothing to do other than finding a job and live a mundane life.

Why the sudden change in personality? Well, Nezuya-kun gave into the dreams from the previous episode, therefore these weird monsters are actually dangerous as it destroys anyone’s psyche and the will the move forward. 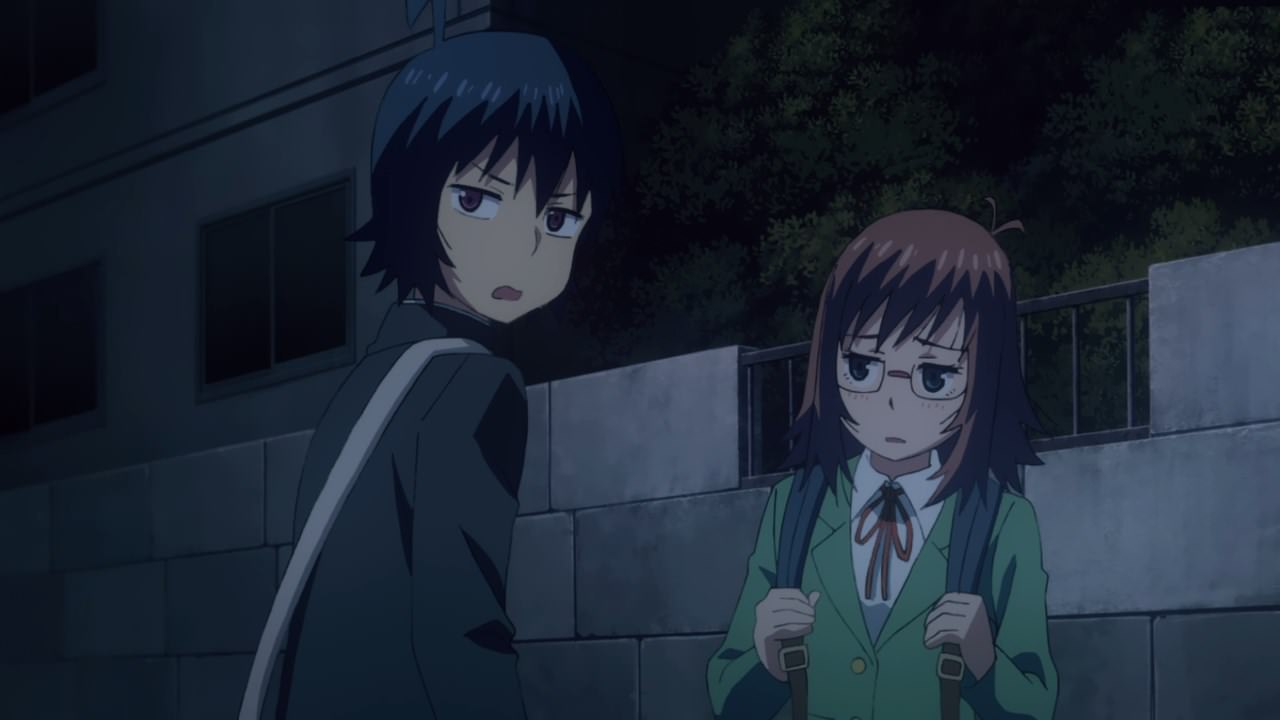 On the other hand, looks like Nozomi Takamagahara is very curious on Souya Kuroi as why he always disappear when monsters come to town.

You know what, I think it’s time for Souya-kun to reveal himself that he’s an alien and he’s the one who stopped the dragon from destroying the town beyond recognition. Of course, he needs to make a promise to Nozomi on not to tell his secret to everybody! 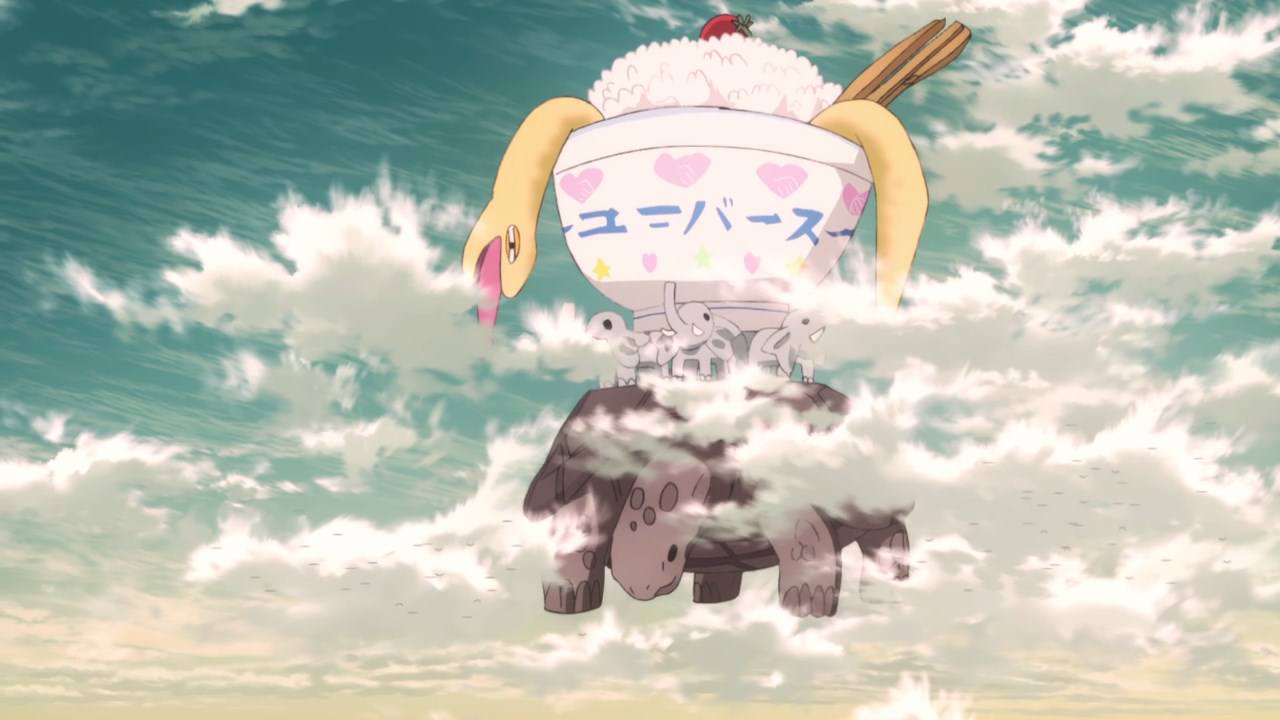 Now then, let’s move onto the main event where these weird creatures are showing up again.

By the way, turns out that these monsters belonged to Nebula’s Sealing Faction in which His Excellency wants nothing more but to seal humanity from evolving further. 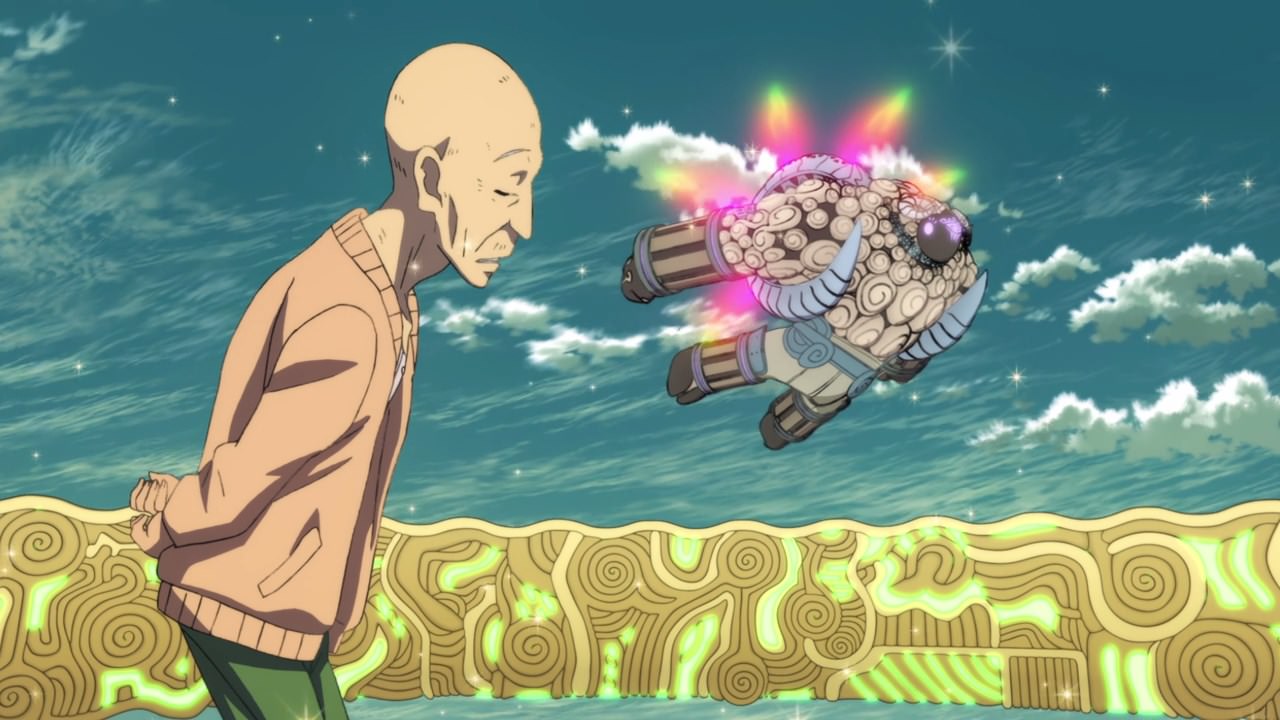 Anyways, both Takezou Ryuzouji and Yousuke Hitsujitani will have to take care of this monster. Also, Benika Takatori is missing in action since she decides to quit the organization at the end of Episode 4. 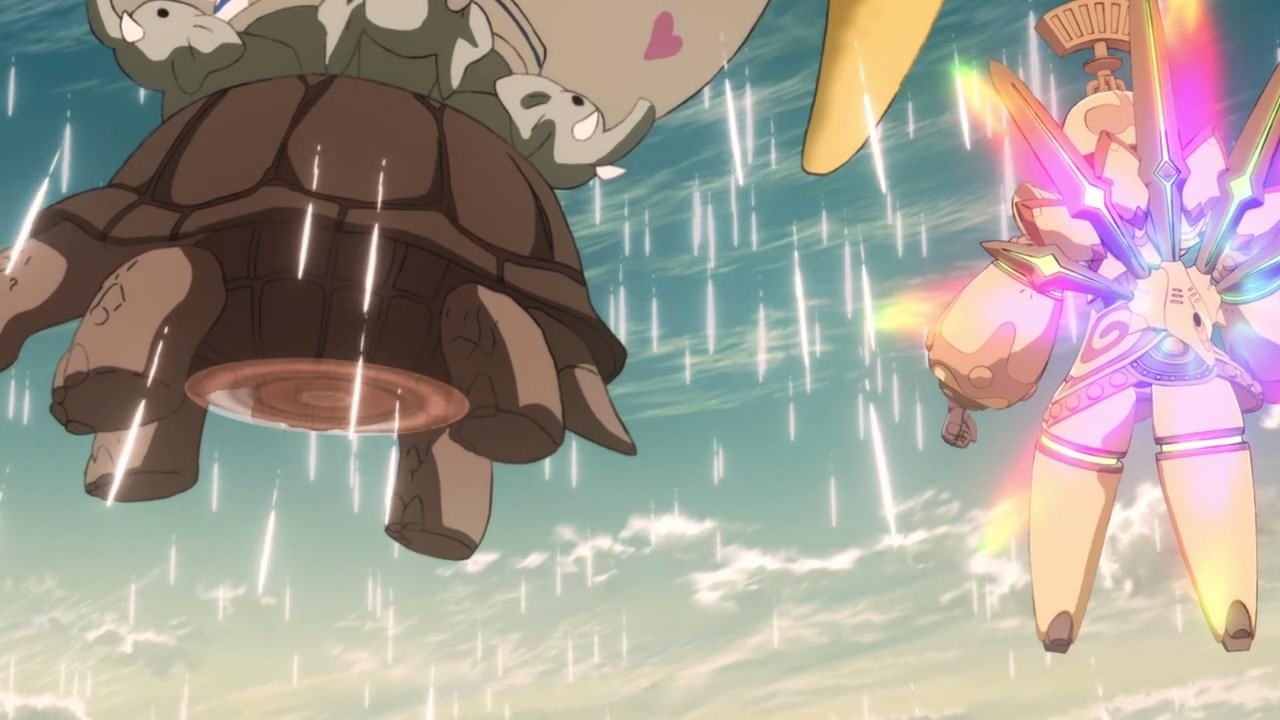 But now, it’s time for the old man to take out this strange monster from destroying the town again. 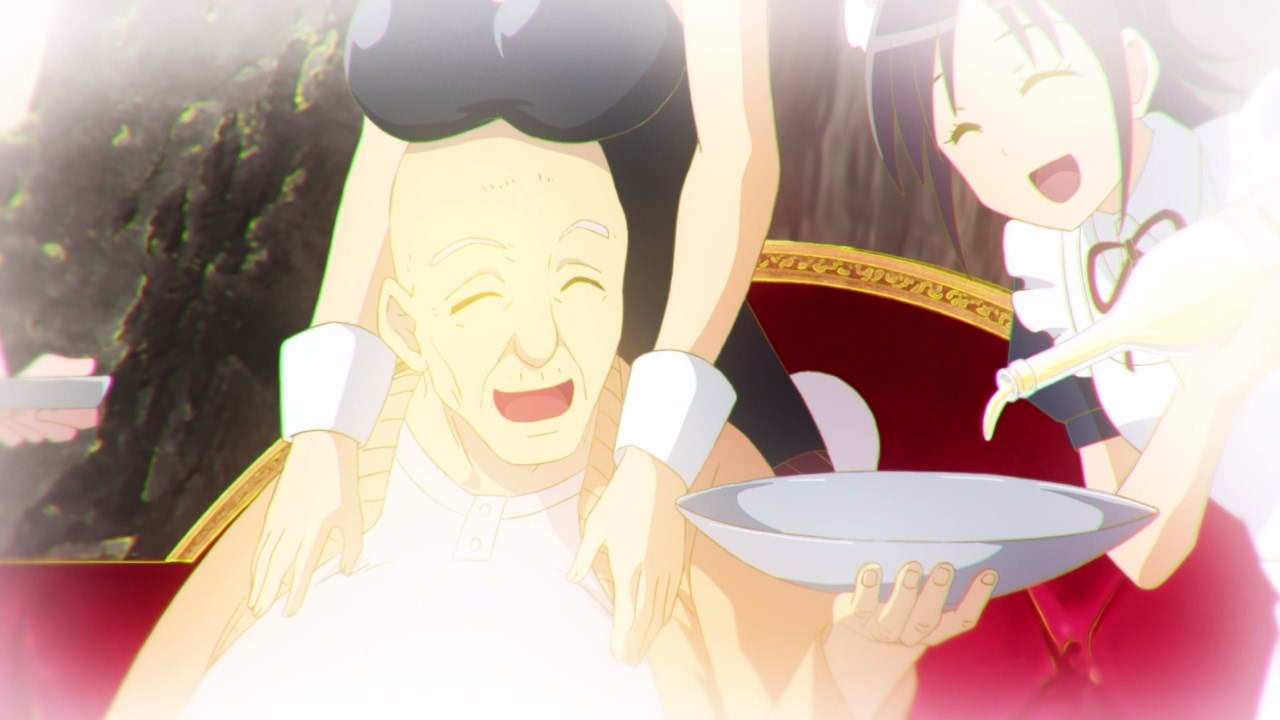 Of course, he needs to overcome his dream in which Takezou is surrounded by women, booze, and lots of meat to eat!

Still, he’ll rather spend his final days peacefully and reunite with his beloved wife Eiko in heaven. And really, Takezou doesn’t want to give into this monster’s illusions. 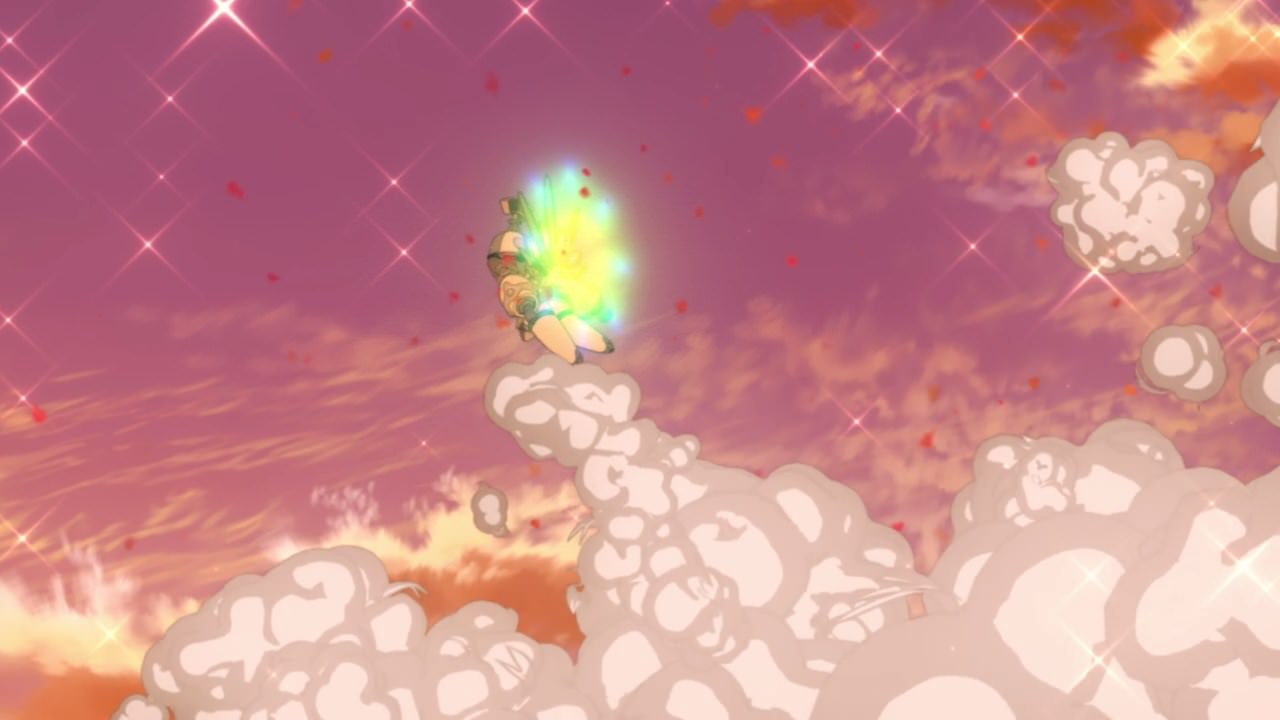 Anyways, Takezou Ryuzouji has finally overcome the illusions and defeated the monster. Wall, it’s just another day of protecting Earth from invaders. 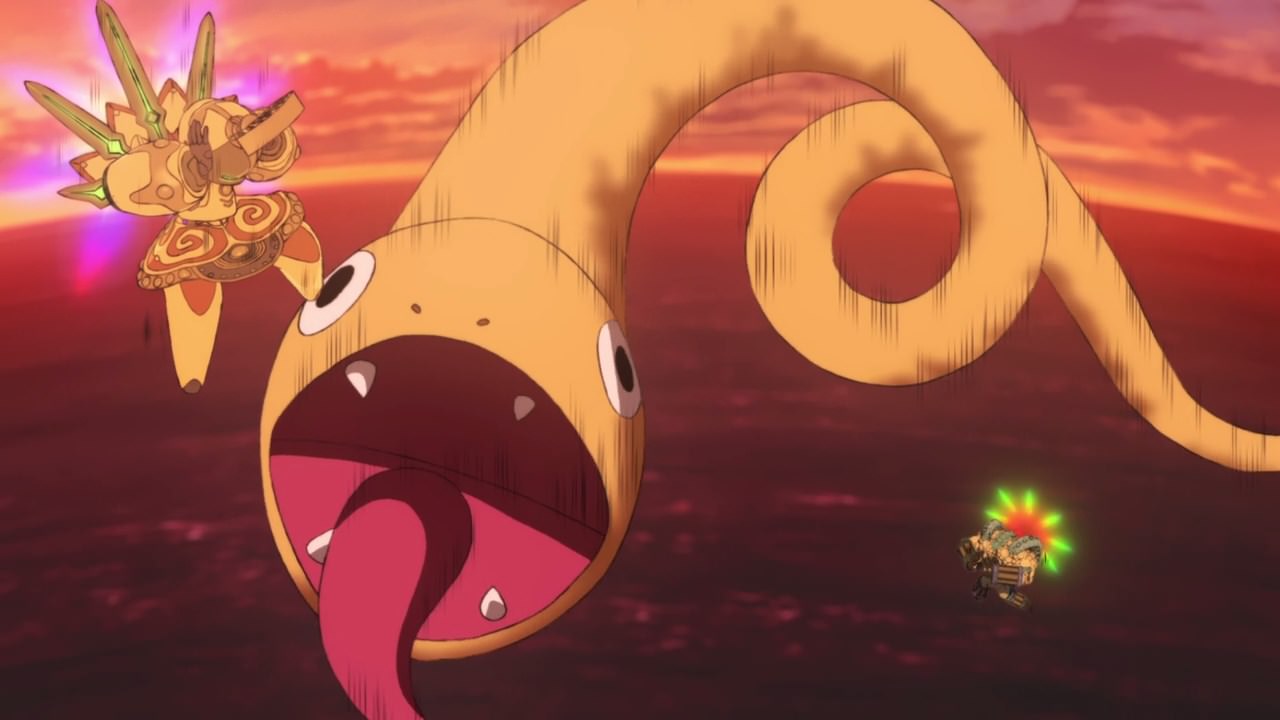 Nevermind, looks like the monster of the week is not completely destroyed as part of it got loose. Oh, and this giant snake is heading towards town and wreck havoc there! 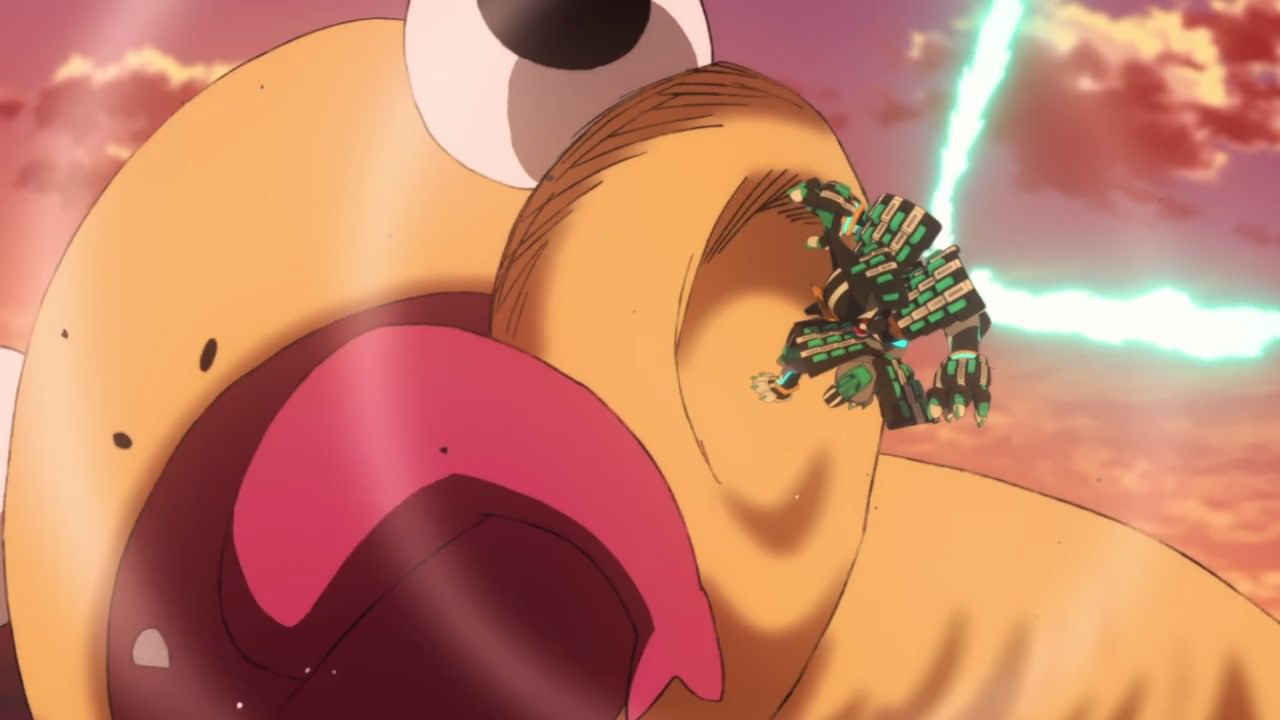 Fortunately, Souya Kuroi and Sensei have arrived to take care of this snake by kicking it… 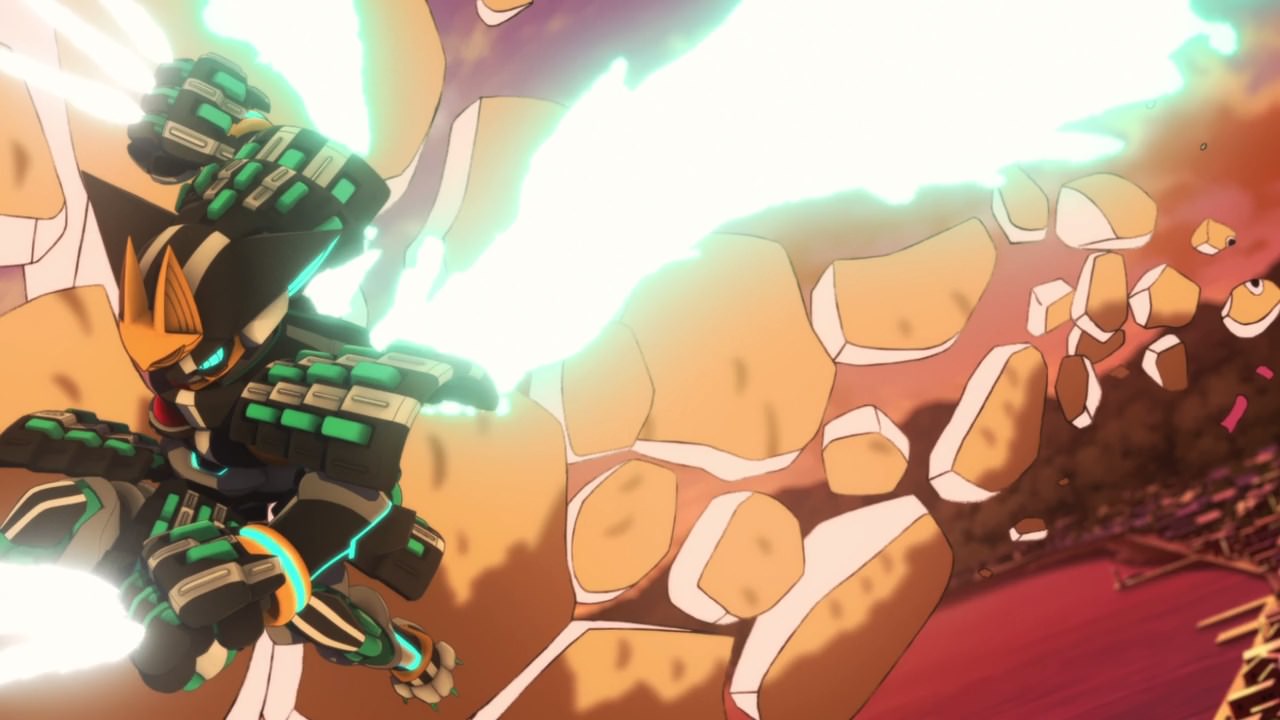 …and eventually slicing into pieces. All’s well that ends well for Souya-kun, but he’ll get another hangover so it’s time for him to go home! 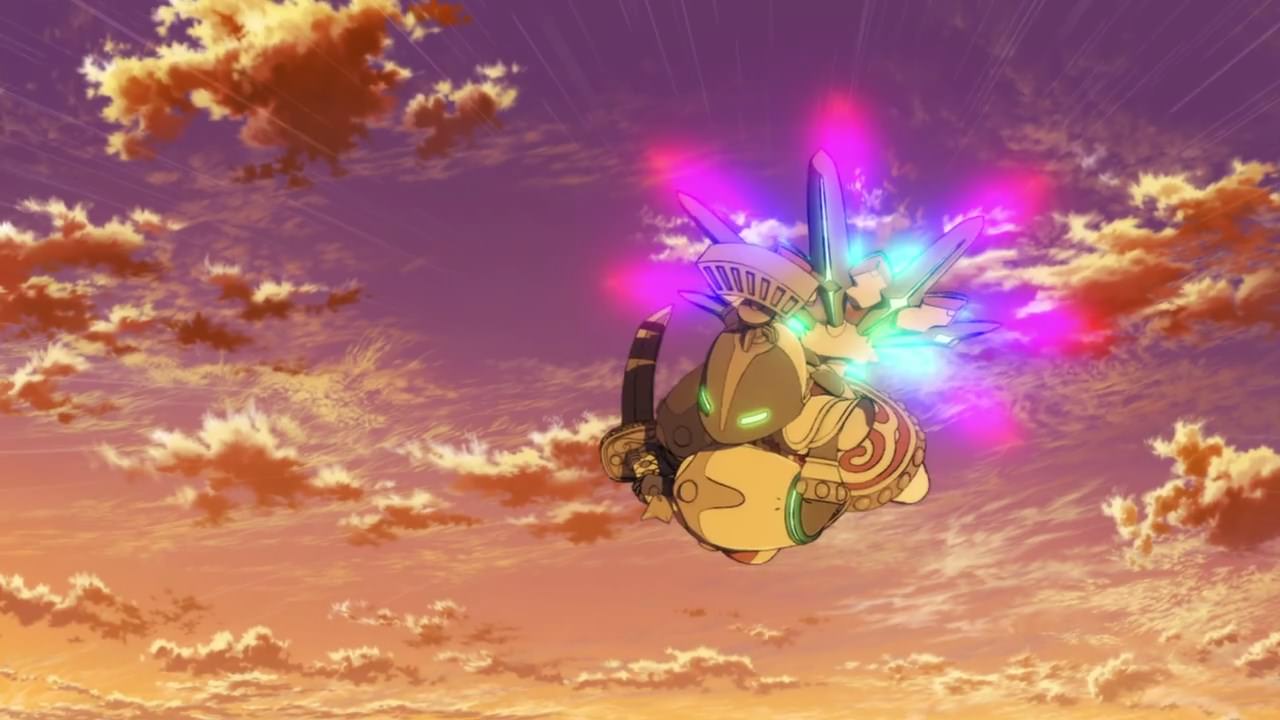 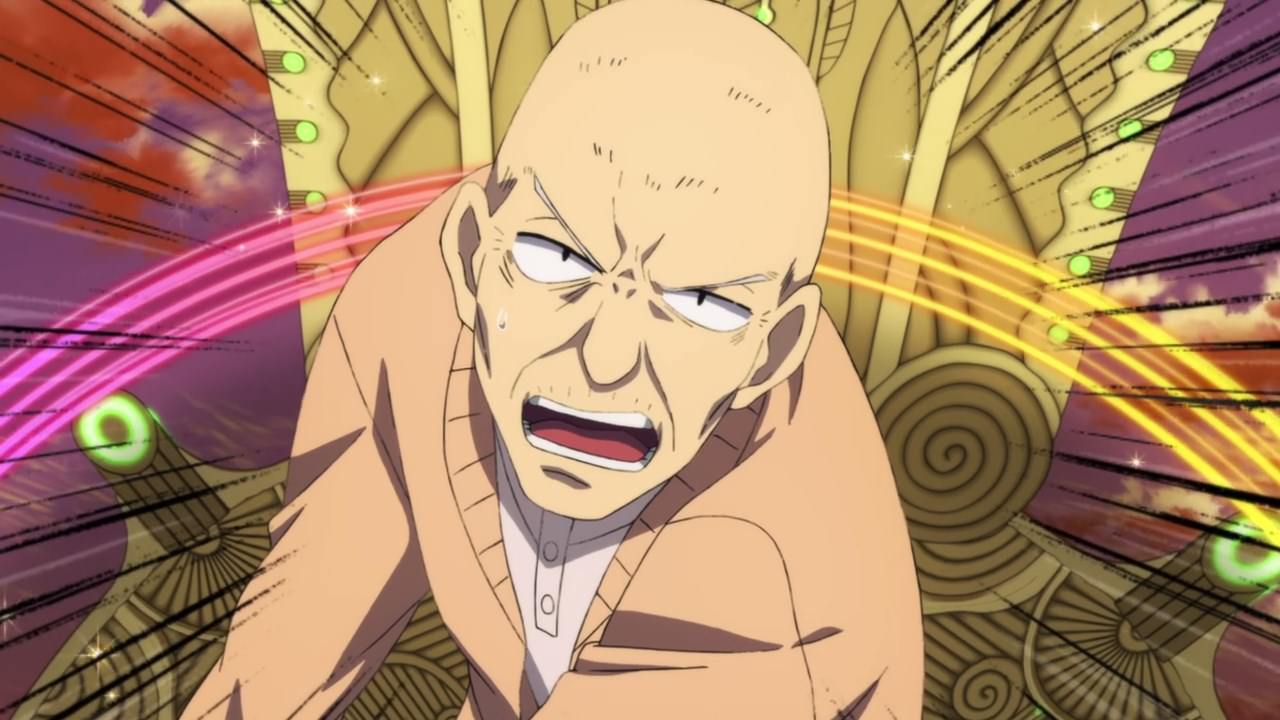 Not until Takezou decided to attack Souya-kun since the young Nebula Soldier wants his powers. Well, I must say that his personality has shifted from a laid-back guy into an orge! 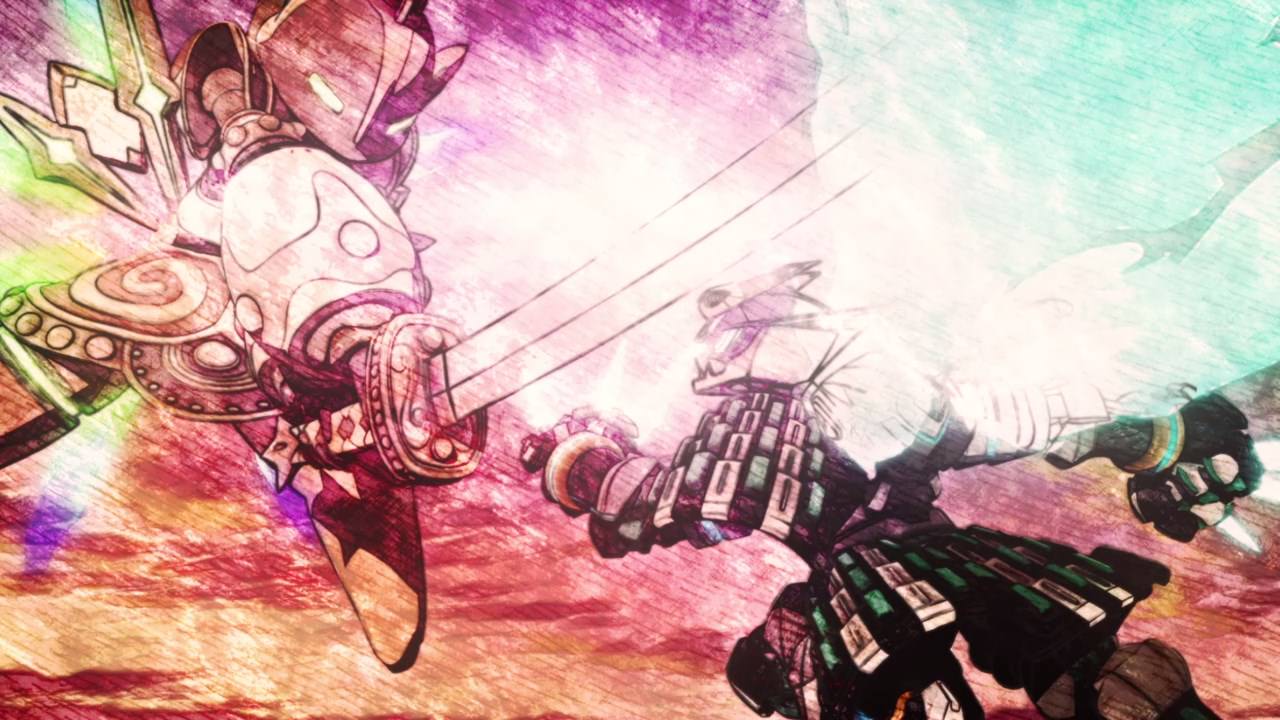 Anyways, looks like we’ll have a great battle next week as I’ll end this post with Takezou Ryuzouji taking on Souya Kuroi. Can’t wait for that! 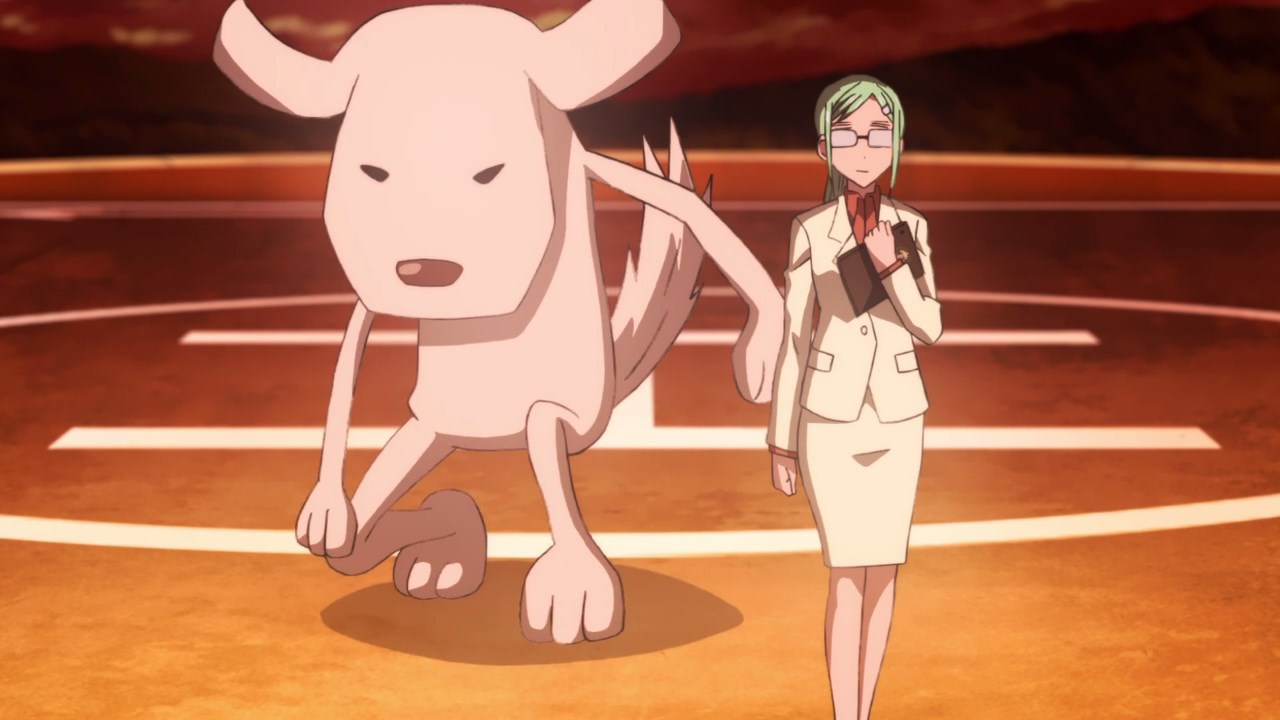 Just kidding, as if this episode will end with a freeze-frame of both Takezou and Souya-kun duking it out as we have Kogane Shiraishi, Takashi Ryuzouji’s secretary who revealed herself as an agent to His Excellency, the Generalissimo to the Sealing Faction. 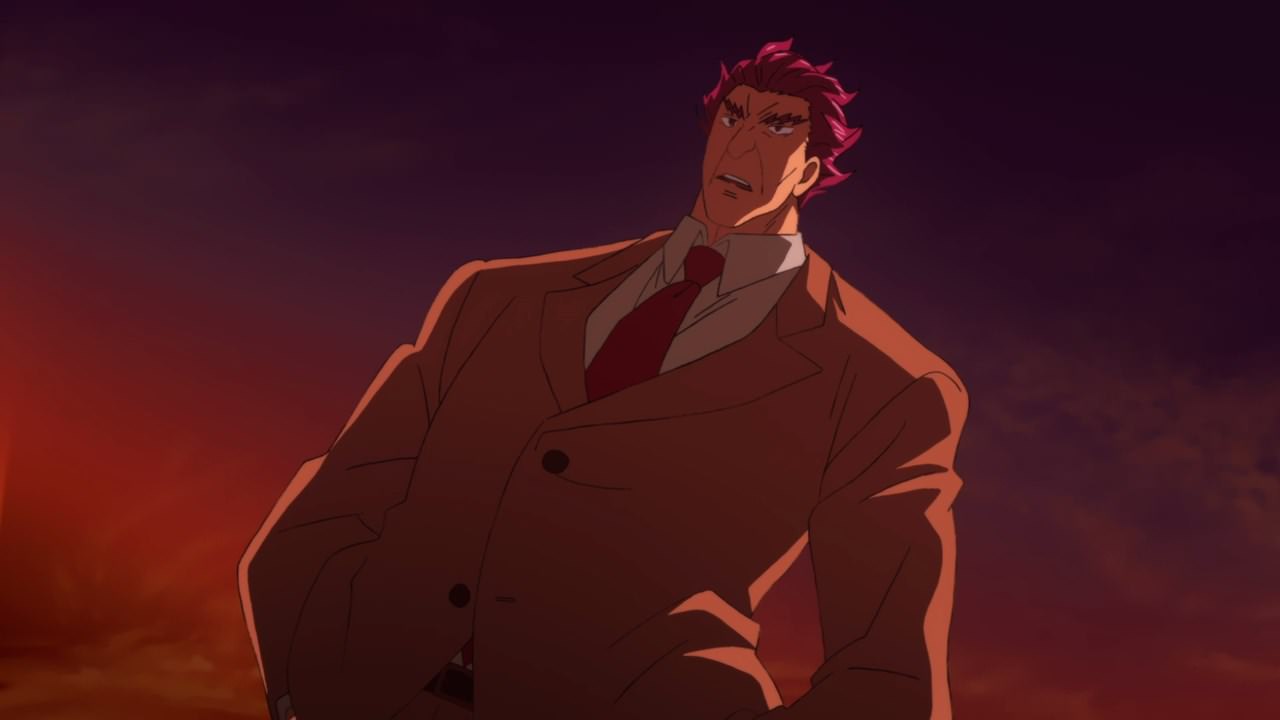 For Takashi however, he was unfazed as he saw it coming a mile away. And while we don’t know how Takashi Ryuzouji got the technology from Sirius and use it to defend Earth from invaders like Nebula, seems that His Excellency has decided to seal humanity quickly as possible! 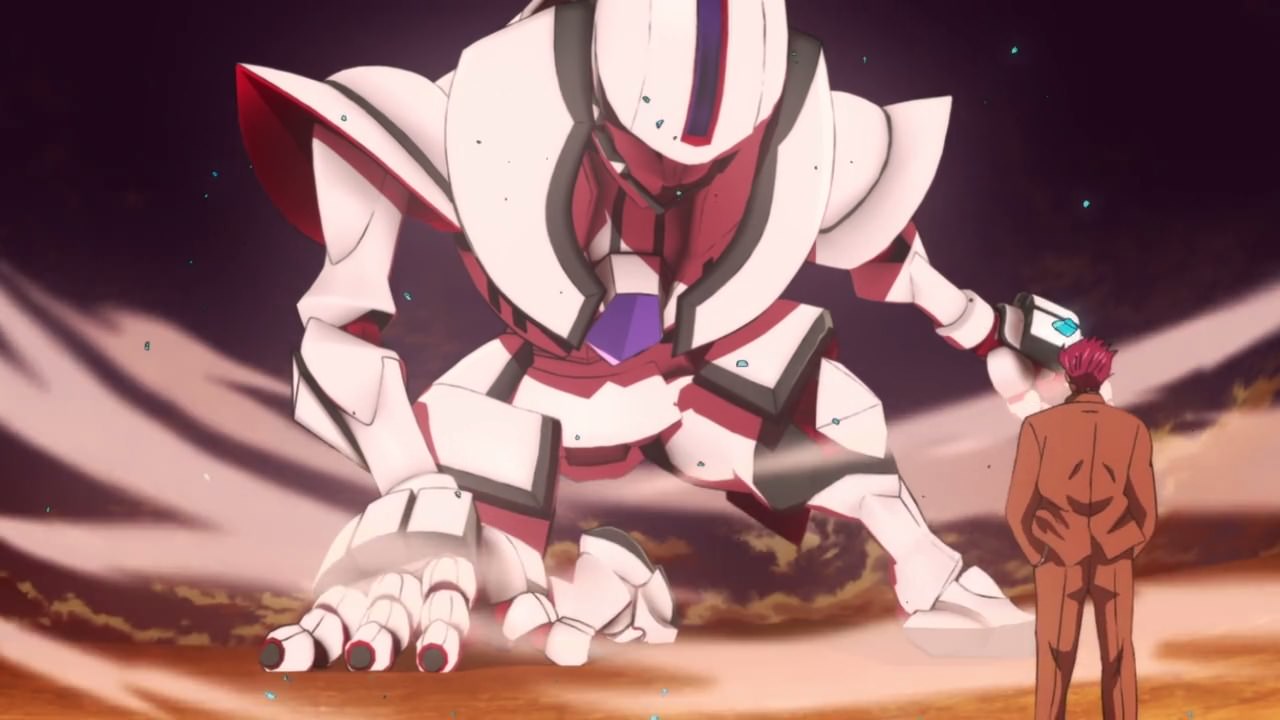 And so, Kogane Shiraishi went inside the belly of the Generalissimo as it transforms into a Photon Armor. Well, seems that we have another battle in hand here! 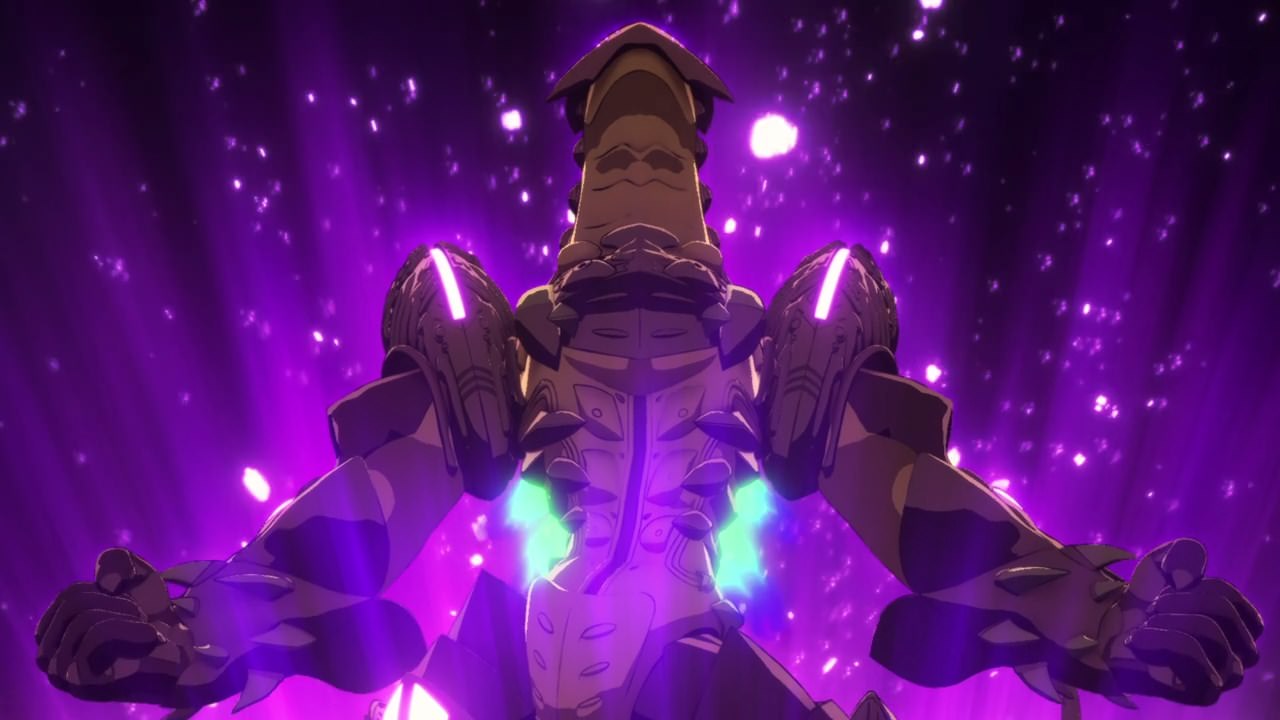 Well everyone, I’ll see you next time as we have two battles back-to-back. And seriously, these battles will determine the fate of all humanity!